Today was the day that I finally left Baku. After more than two weeks spent hanging out and exploring, after a lot of good food, after a trip to Kazakhstan and intense feelings of loneliness, I was now ready to leave. It felt right.

So I walked out of the hotel gates, and I turned left. Then I walked down a street, turned left again, and I was on a dusty road that led towards the west. After all, this was my general direction – west: 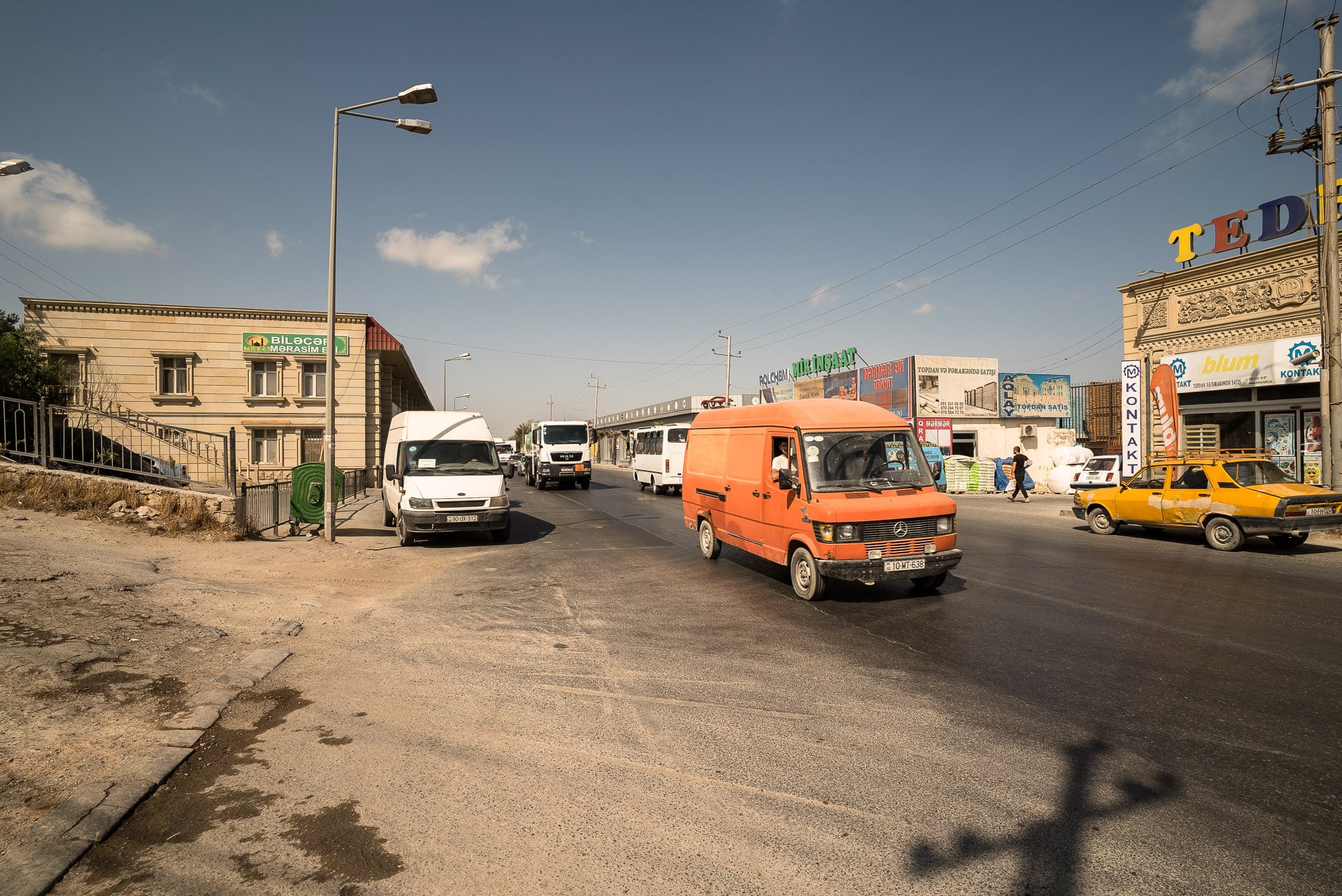 The road was very busy at first, but it turned into a gravel track after a while: 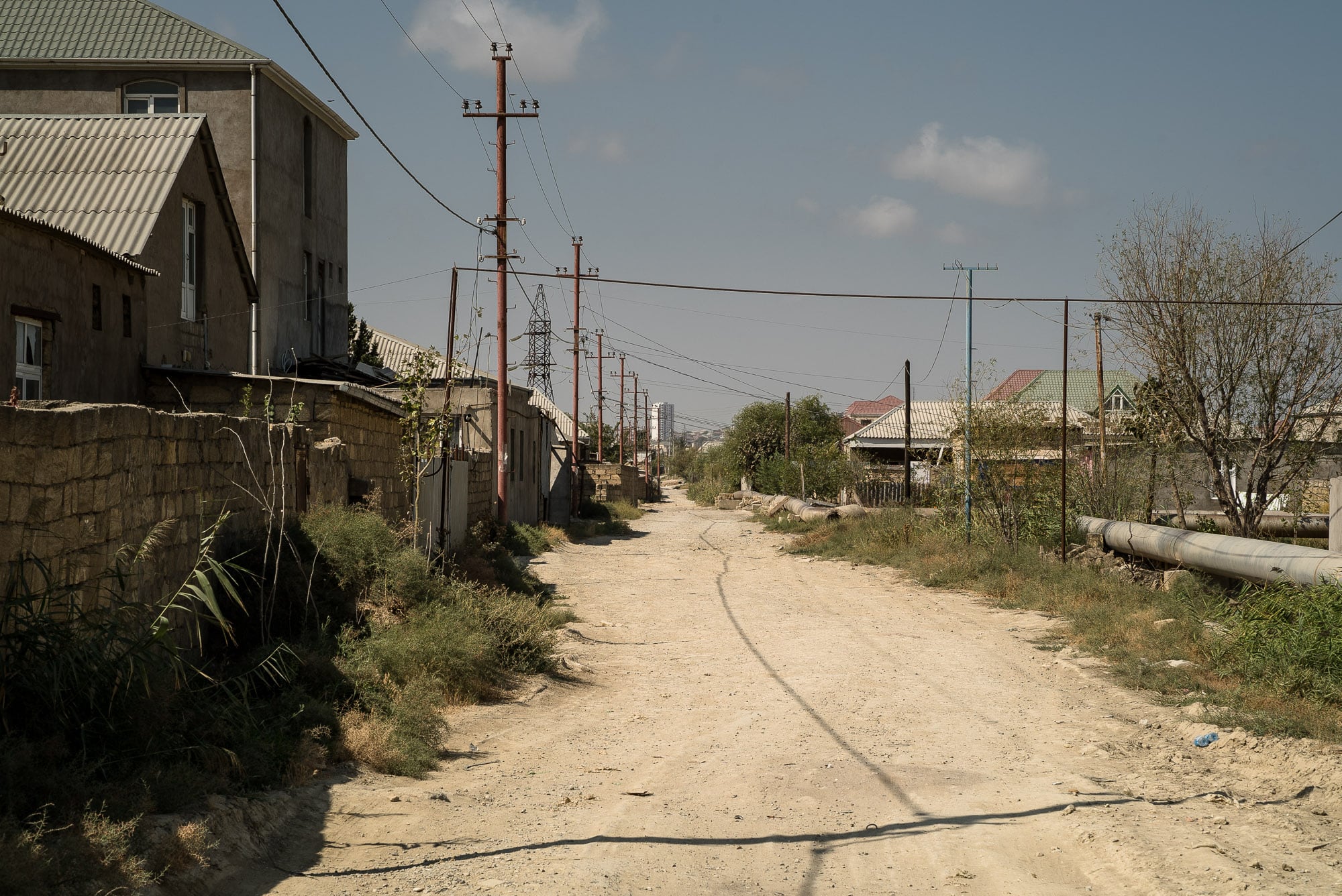 And when I looked around I thought that this was a side of Baku that seemed unimaginable in the glitz and the busy noise of downtown: 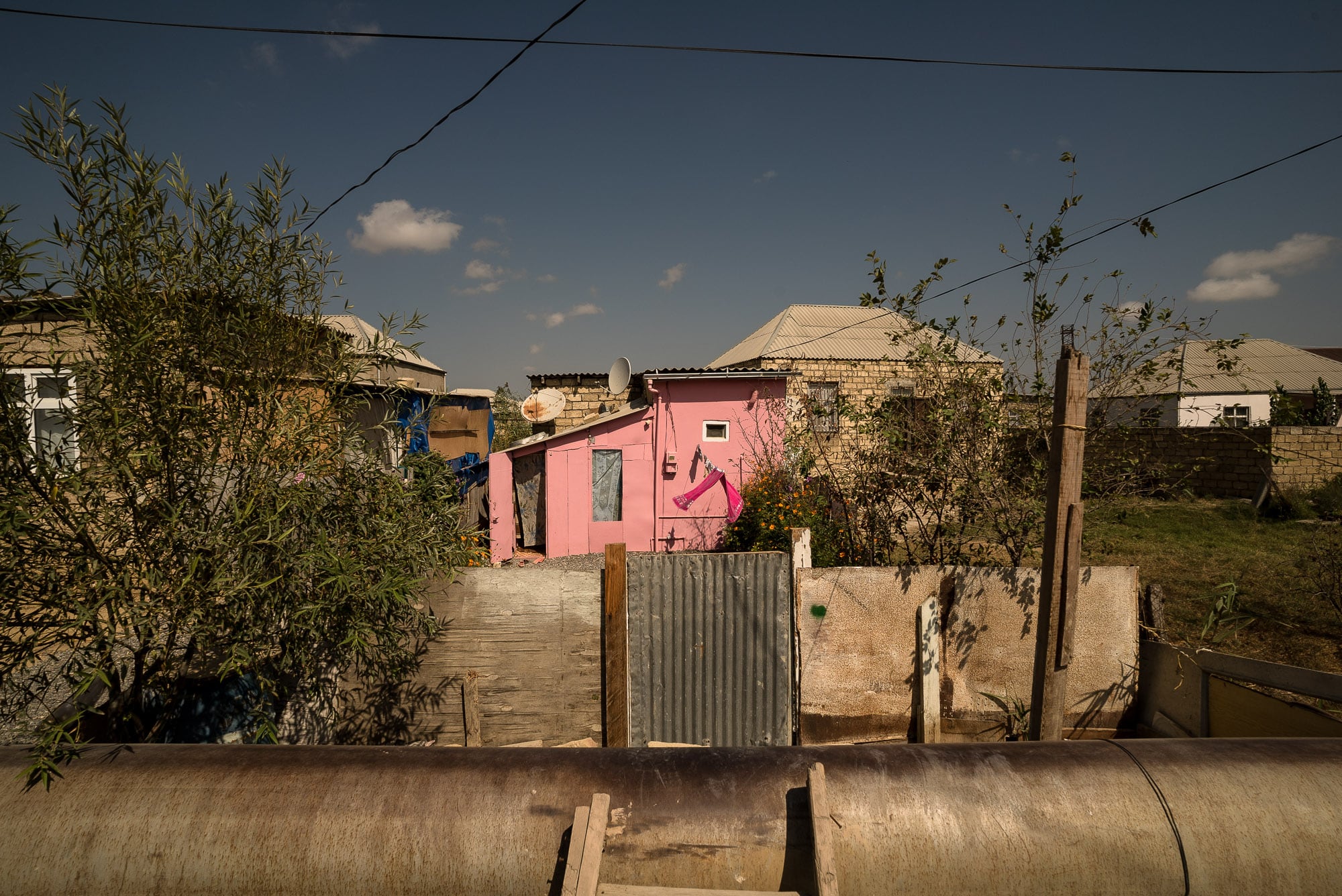 I talked to this gentleman for a while: 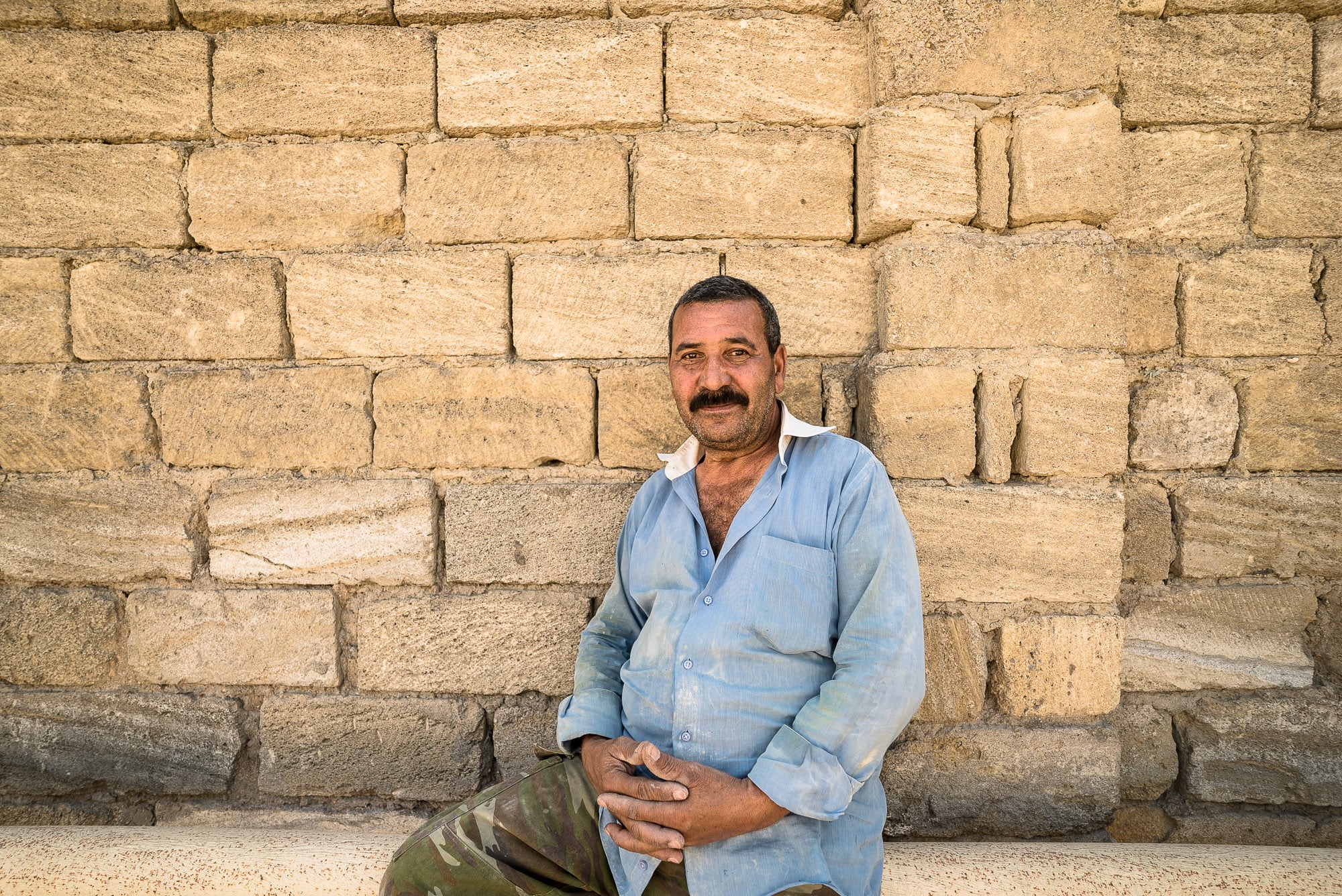 He told me about the road and about his time in the Soviet army. He seemed nostalgic about it. Life wasn’t easy, he said, especially if you lived outside of the city center. Working as a carpenter, he had to provide for his family, which included his grandchildren. He wiped the sweat from his brow. It wasn’t easy.

I marched on, crossing a major highway: 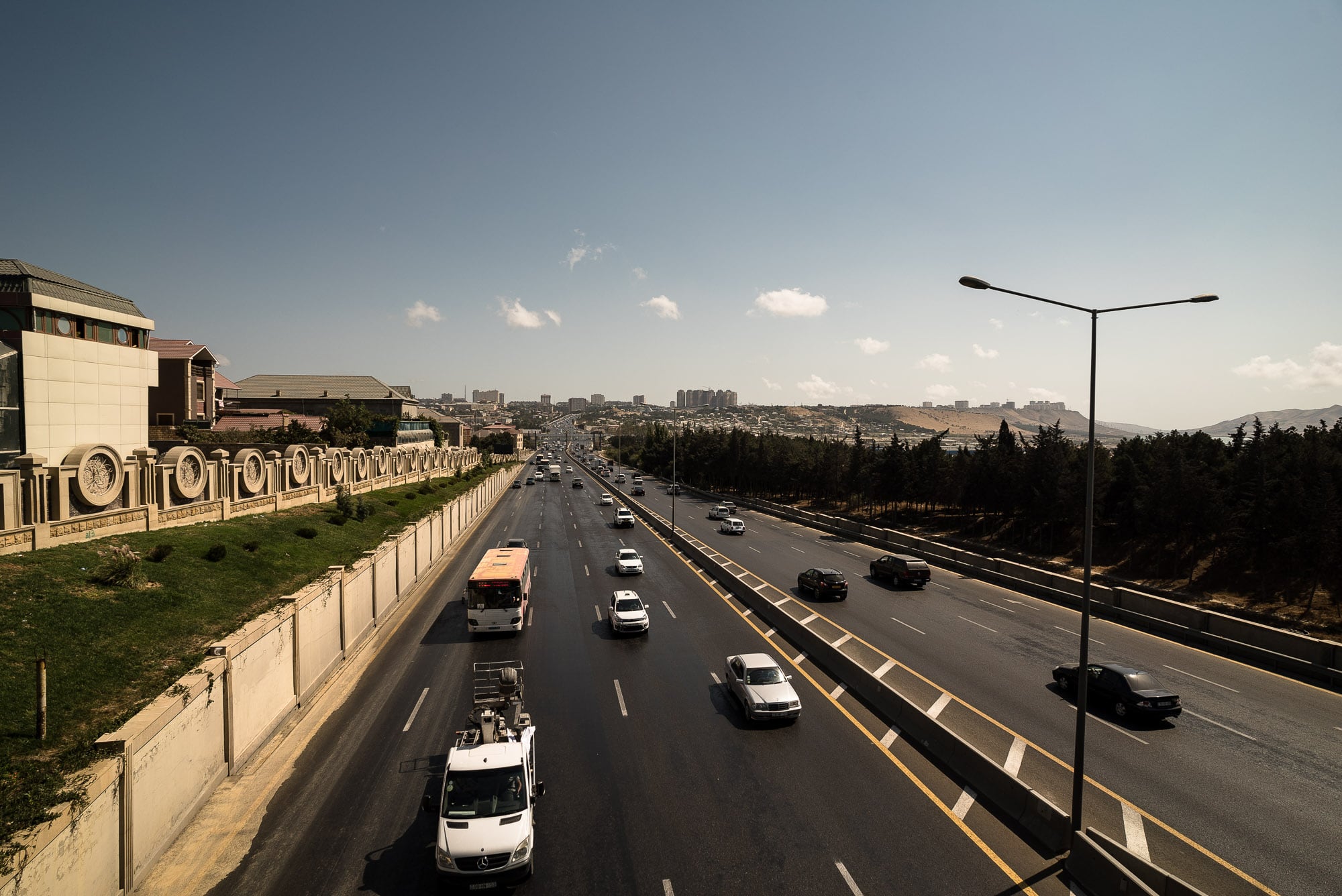 And then I found myself on a two-lane road that led past hardware stores, past angry dogs, and past supermarkets: 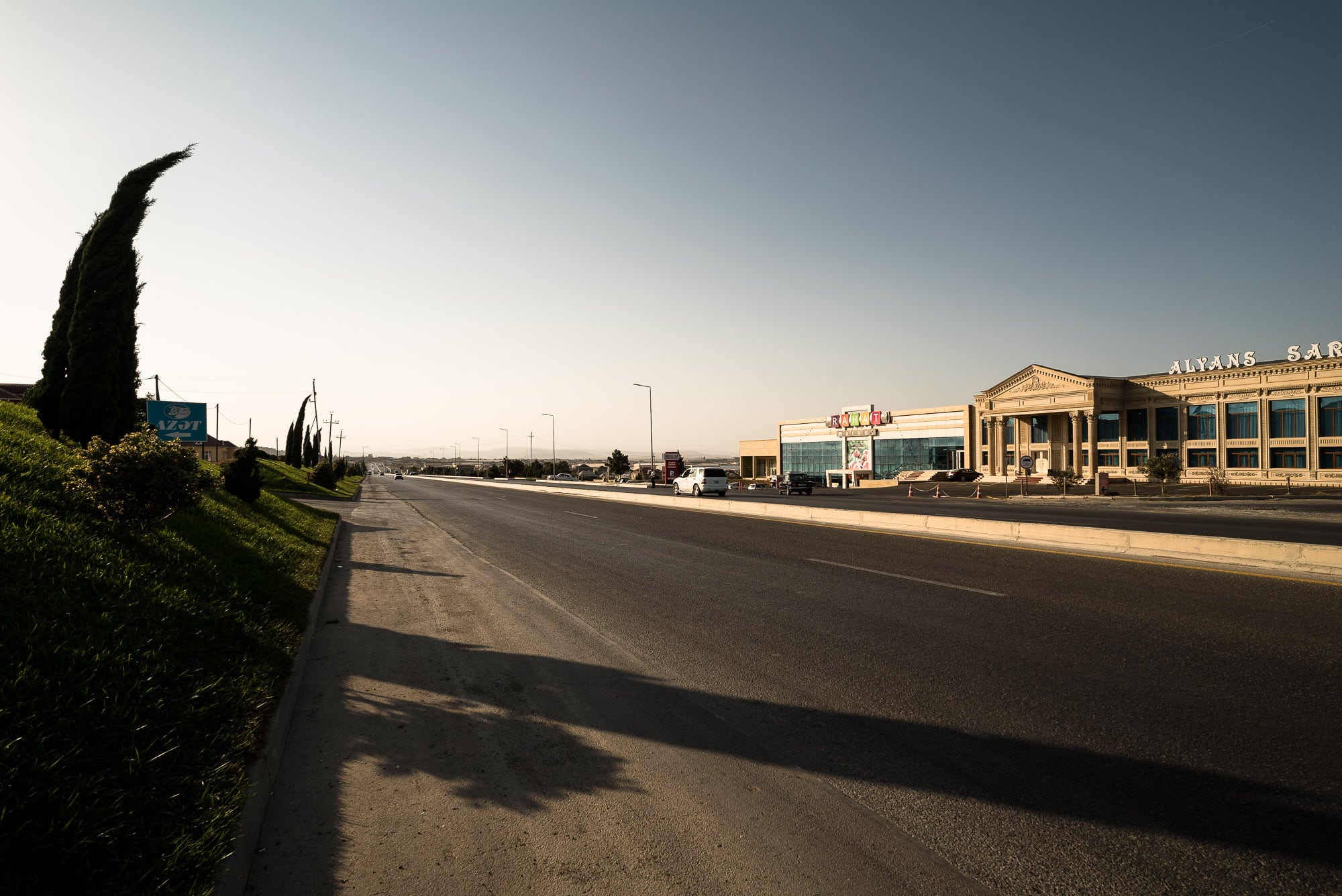 I have no pictures of the angry dogs, but they were pretty bad.

Luckily, I didn’t get hurt, and I managed to find a roadside restaurant where I was given dinner and a place to sleep: 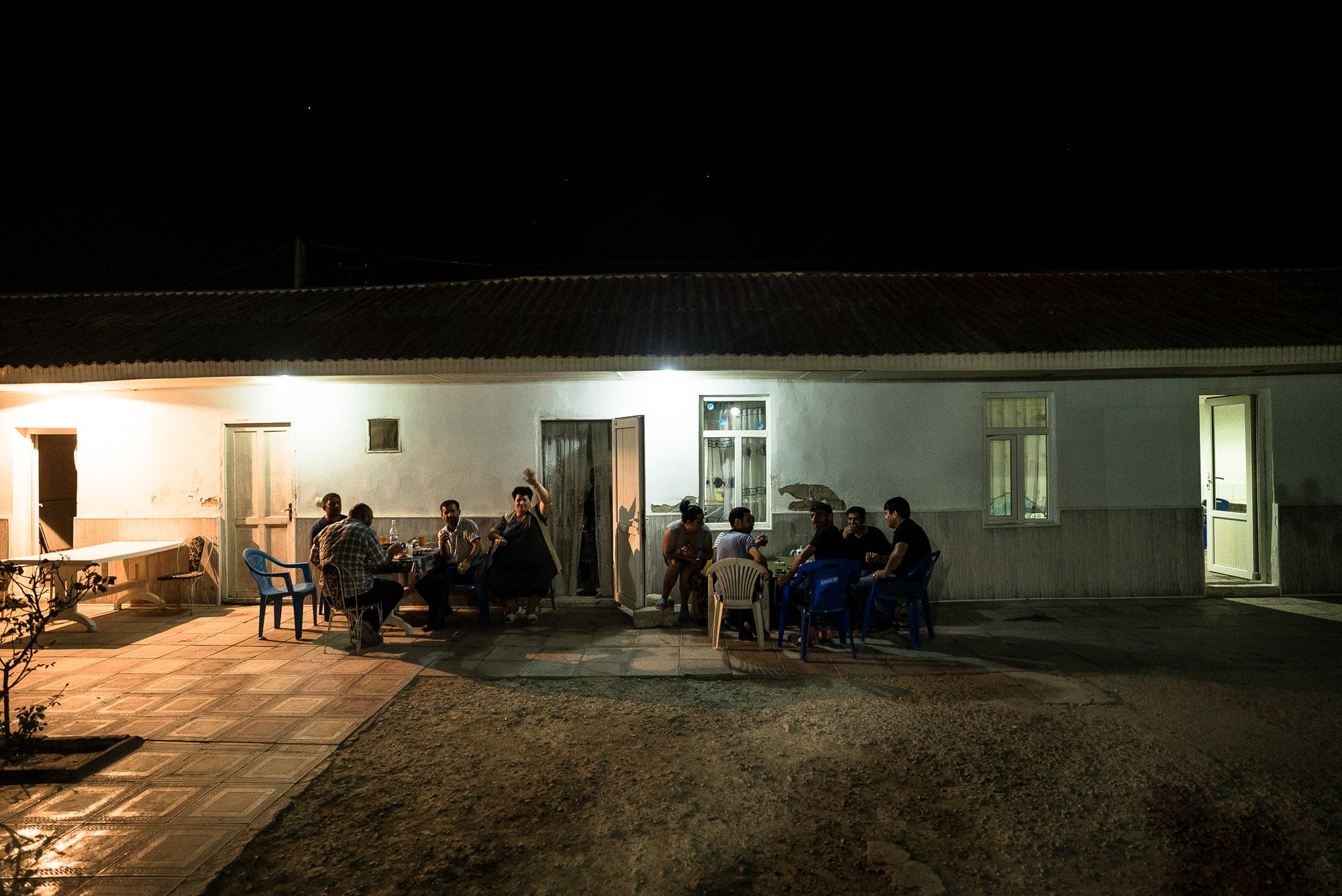 I put all my stuff in this little room, and then I laid down on my sleeping pad and read a book: 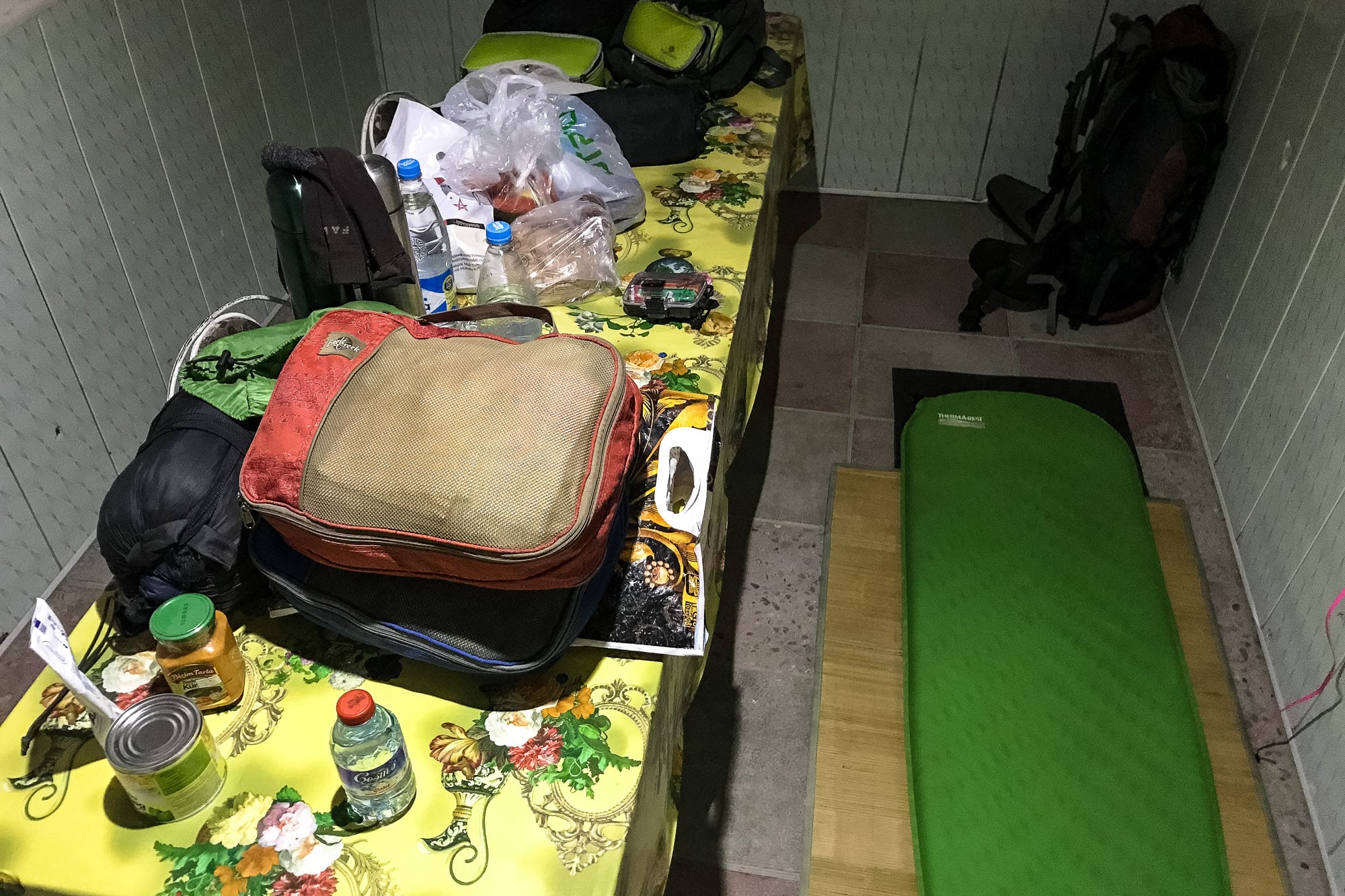 It was called “The Goldfinch”, and my grandma had given it to me.

Day 1233
from Baku to Mushvugabad