I felt like moving, but just within the city. I didn’t want to leave Sari, and neither did I want to leave my friends. However, I felt like it was time I gave them and me some space and stopped my occupation of their living room.

So I packed up the Caboose and stepped out on the street. It was going to be one of my shortest walks ever: one or two kilometers.

The city reminded me vaguely of Paris: 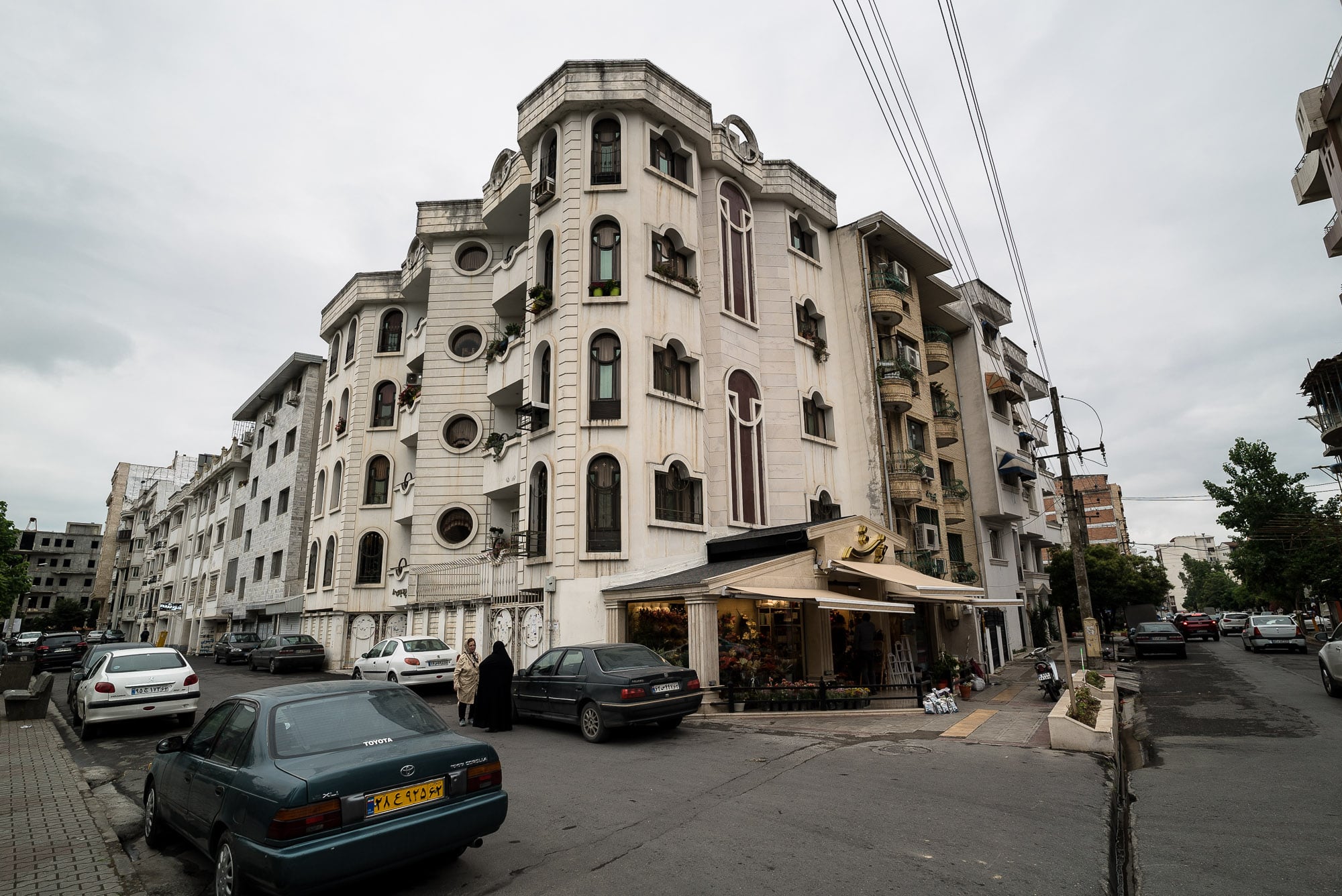 I think it was the white facades and the restaurants, cafés, and shops that opened onto the pavement.

Ironically enough, I managed to get lost on this tiny little walking day.

Walked past a playground: 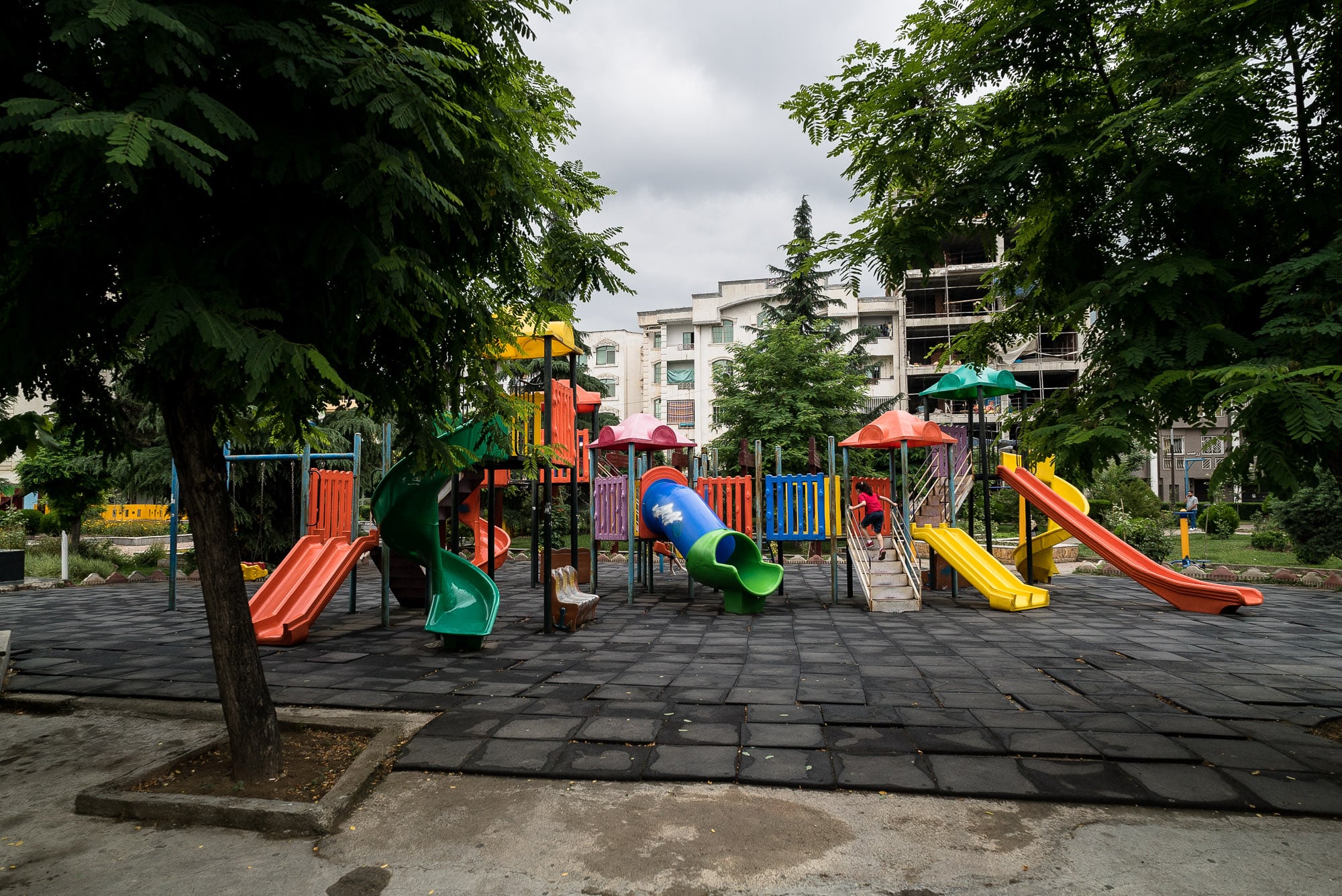 Bought a bunch of apricots and apples in this fruit store: 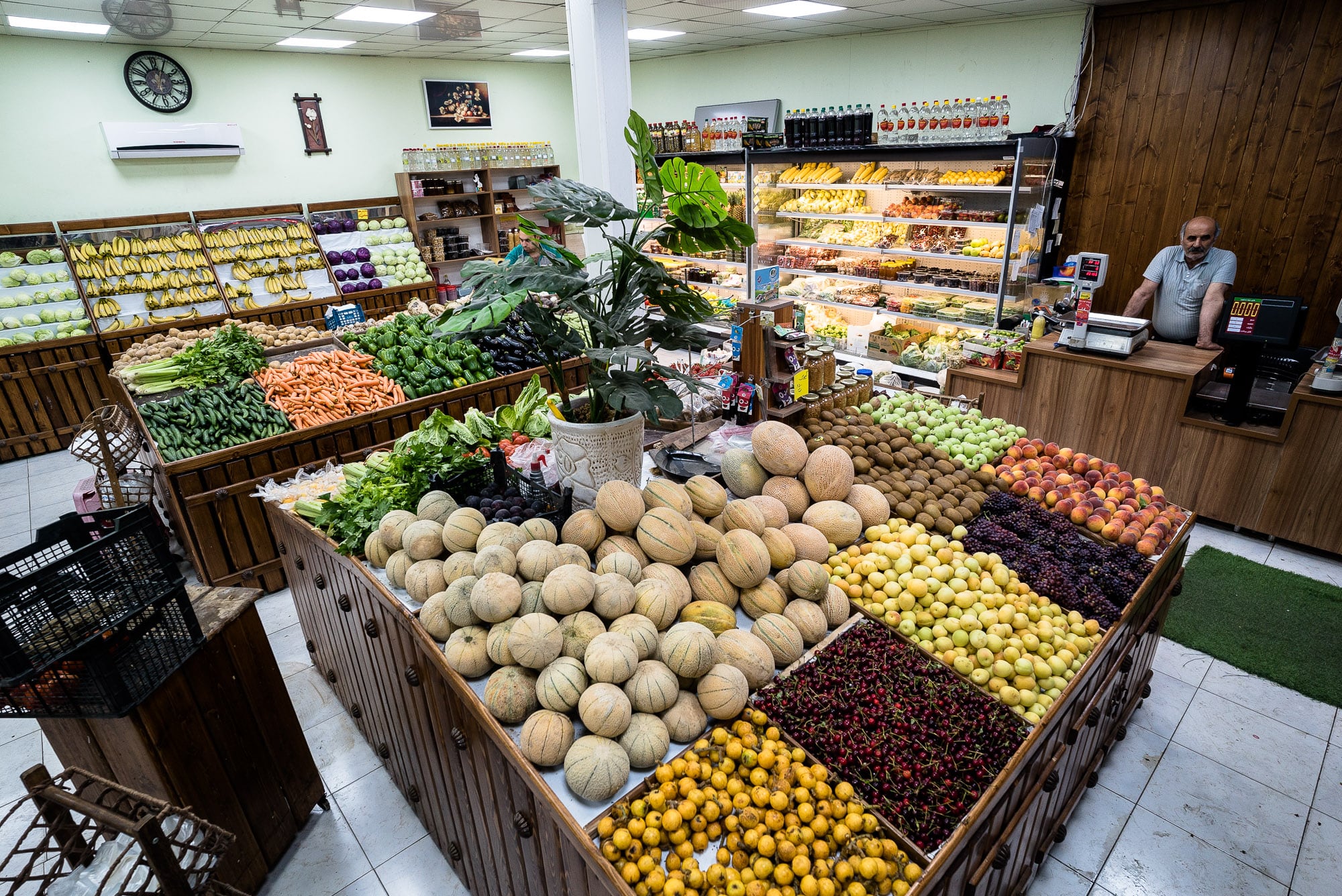 And then I noticed something that symbolized a part of Iran that had always baffled me: 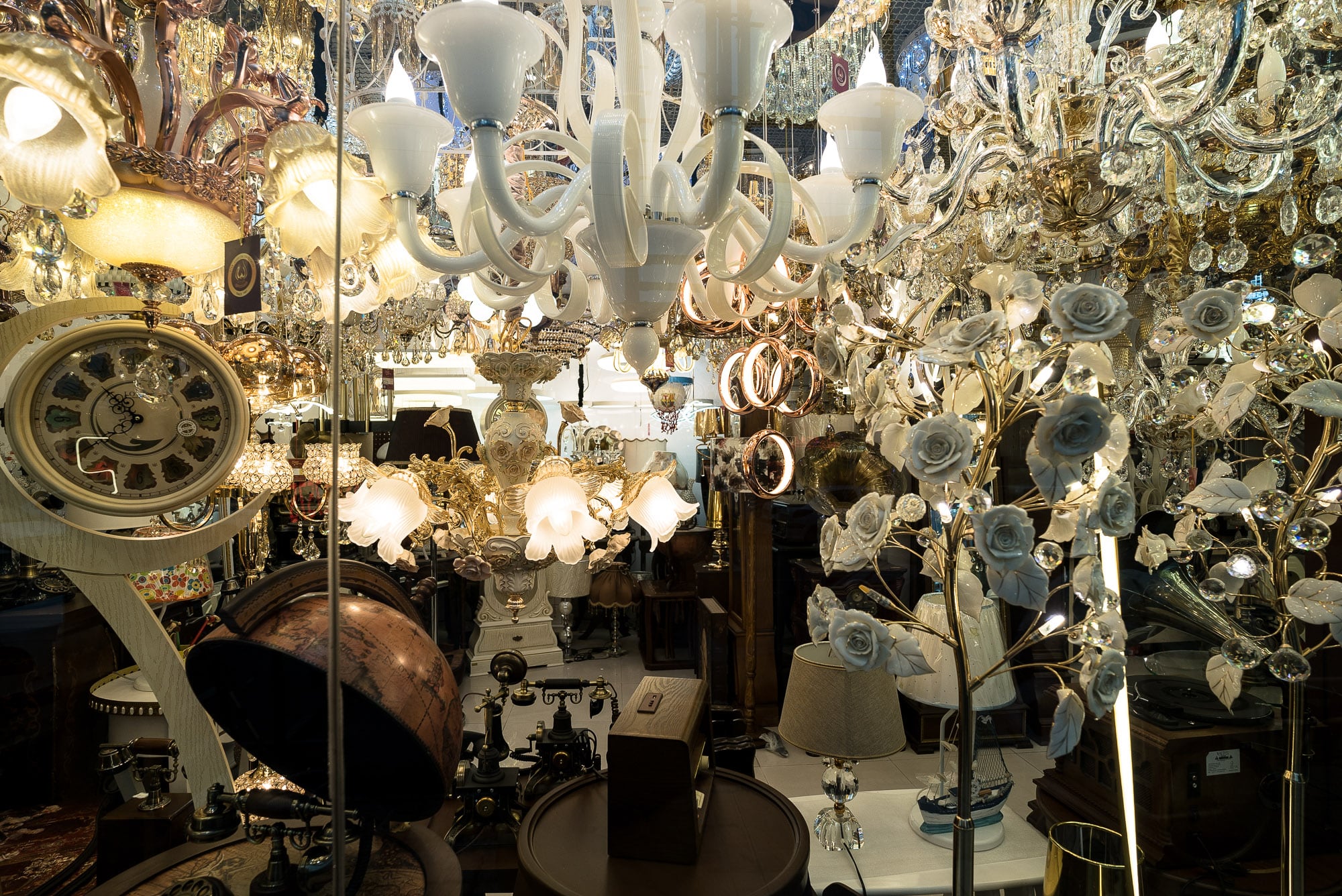 A store that carried almost nothing but… chandeliers: 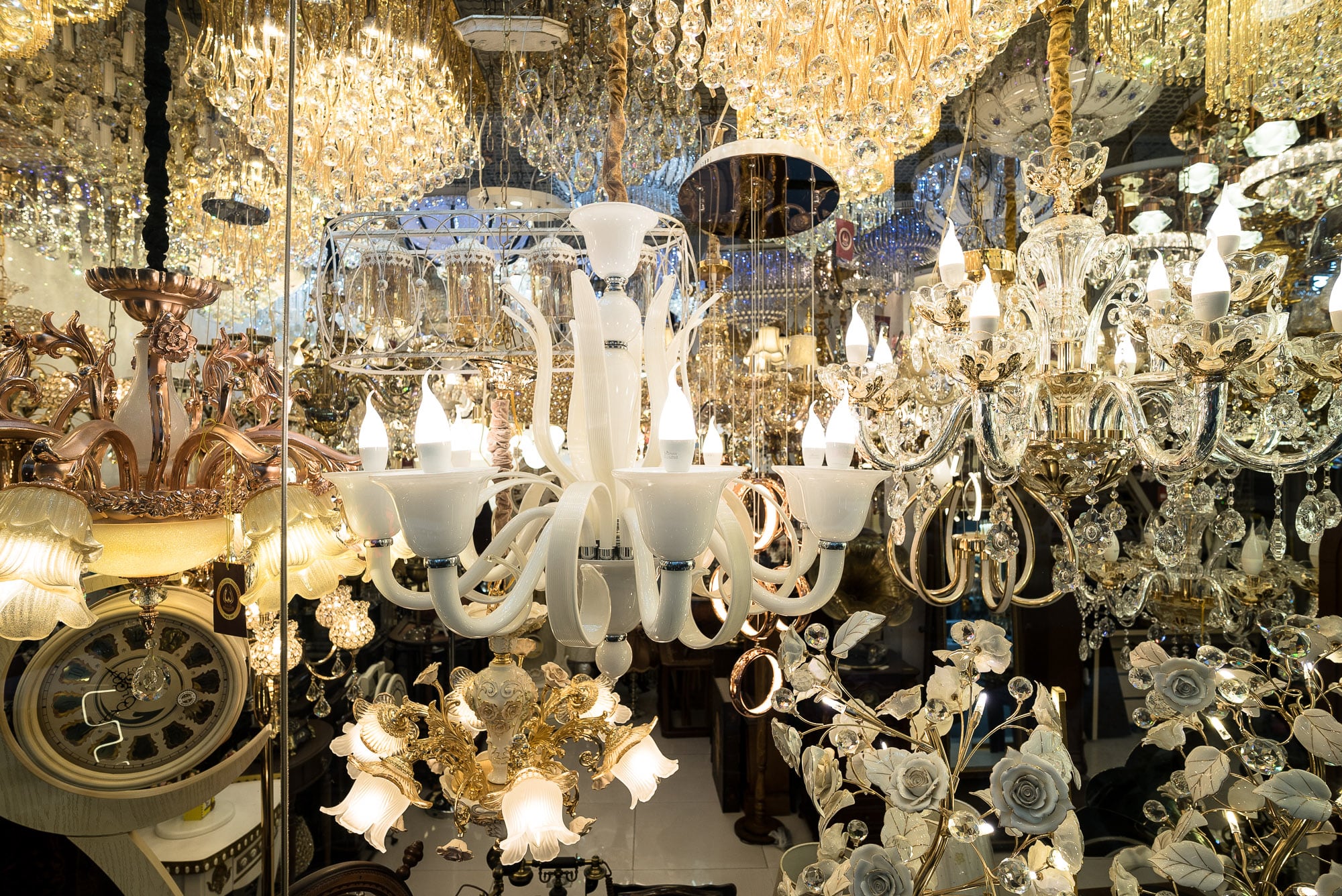 Maybe I’m wrong, but I think the people of Iran have somehow fallen in love with chandeliers. There are just too many.

Okay, not all houses and apartments that I’ve been to in Iran had a chandelier. But many of them did, maybe even most of them. And sometimes they even had a bunch of chandeliers. Big, fat, blingy chandeliers.

Oh, and I ran into this dude outside of a sport good store: 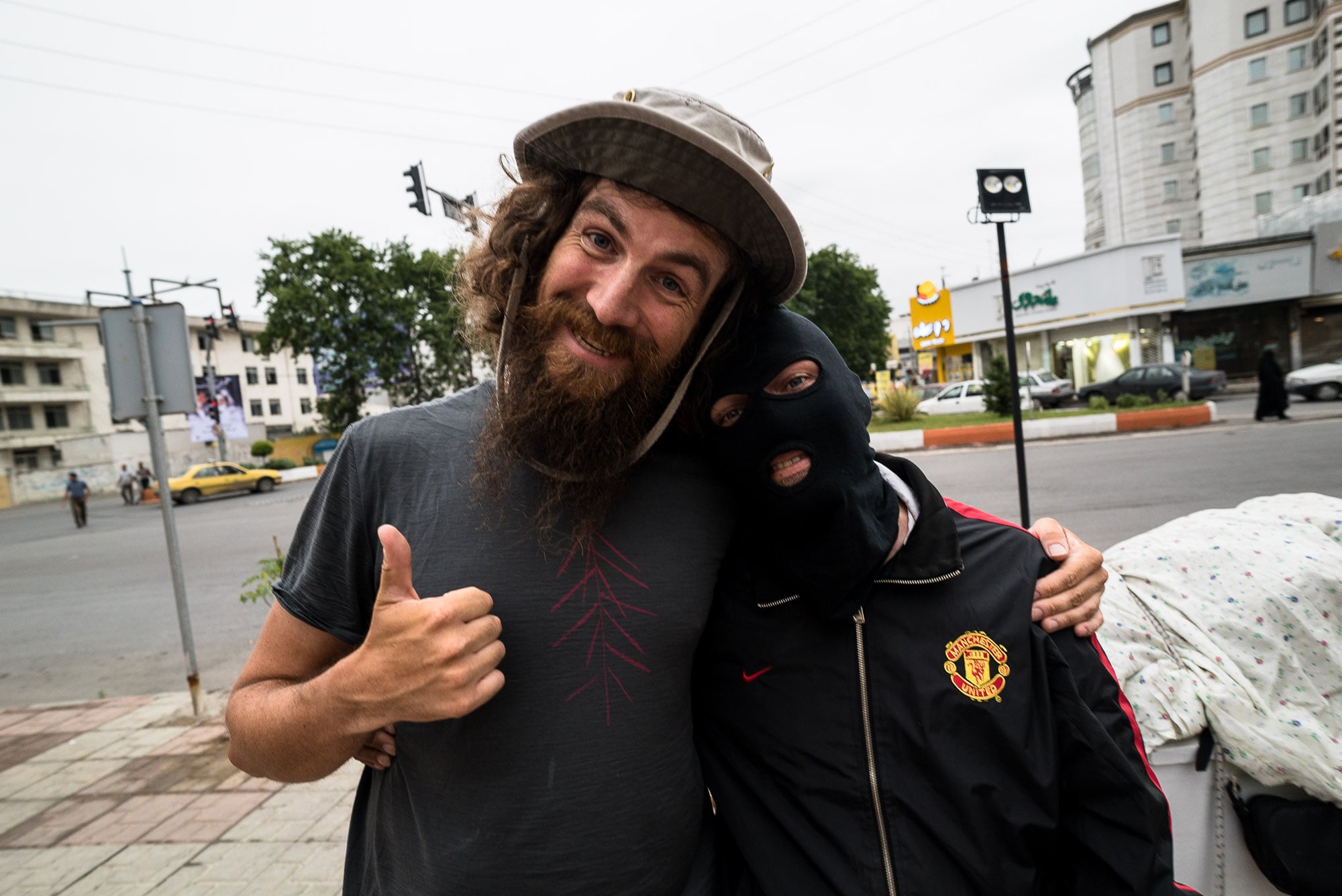