Another slow day. A day of friendly banter, of food and of drink. One thing you realize rather early in Iran is that the people here like to eat rather late. I have had many “lunches” that were at three in the afternoon (or even at four or five), and dinner is often at nine or ten in the evening (or later, why not).

I think this would probably ruin my well-being in the long run, but for a limited time it’s alright, and the dinners are fun: 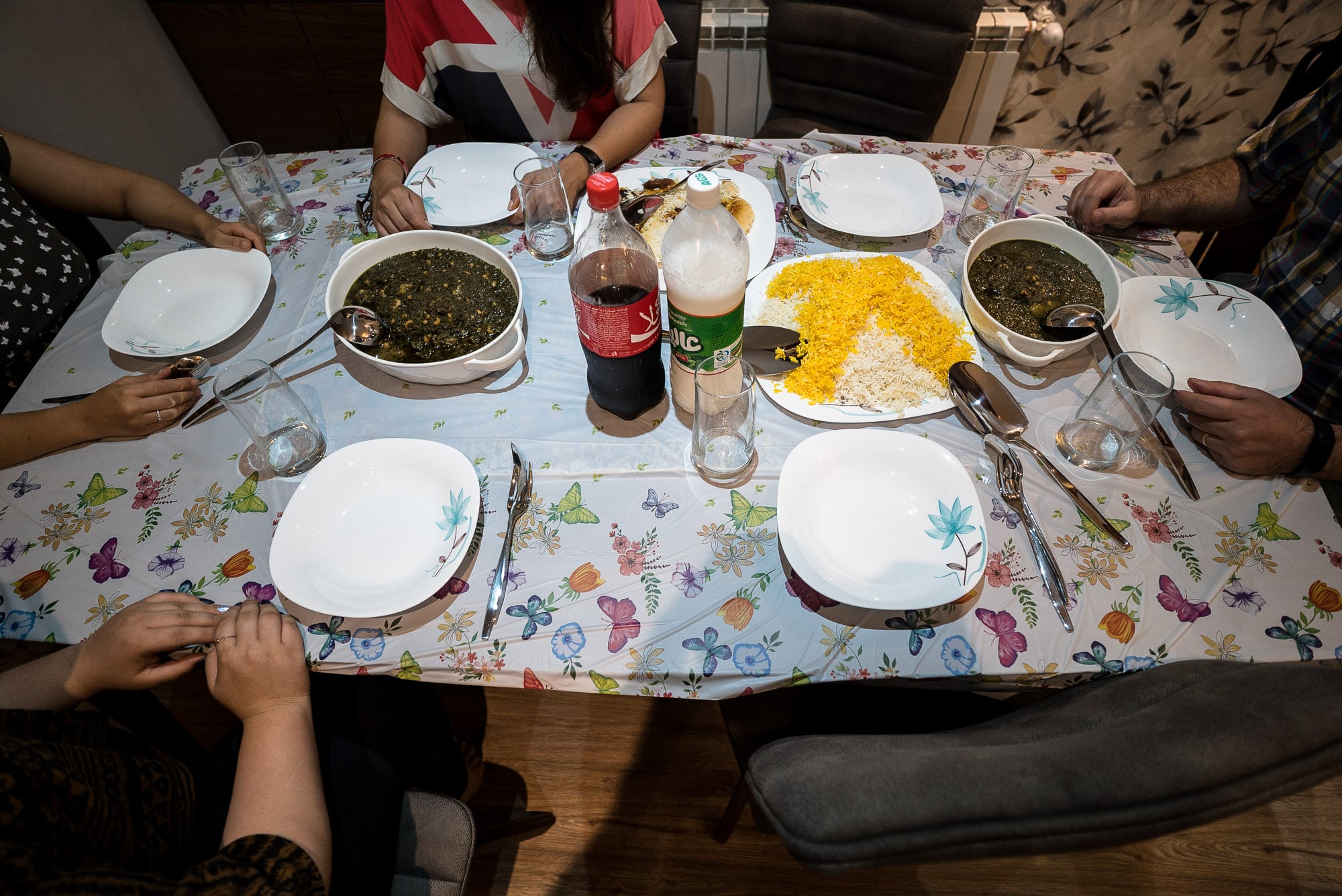 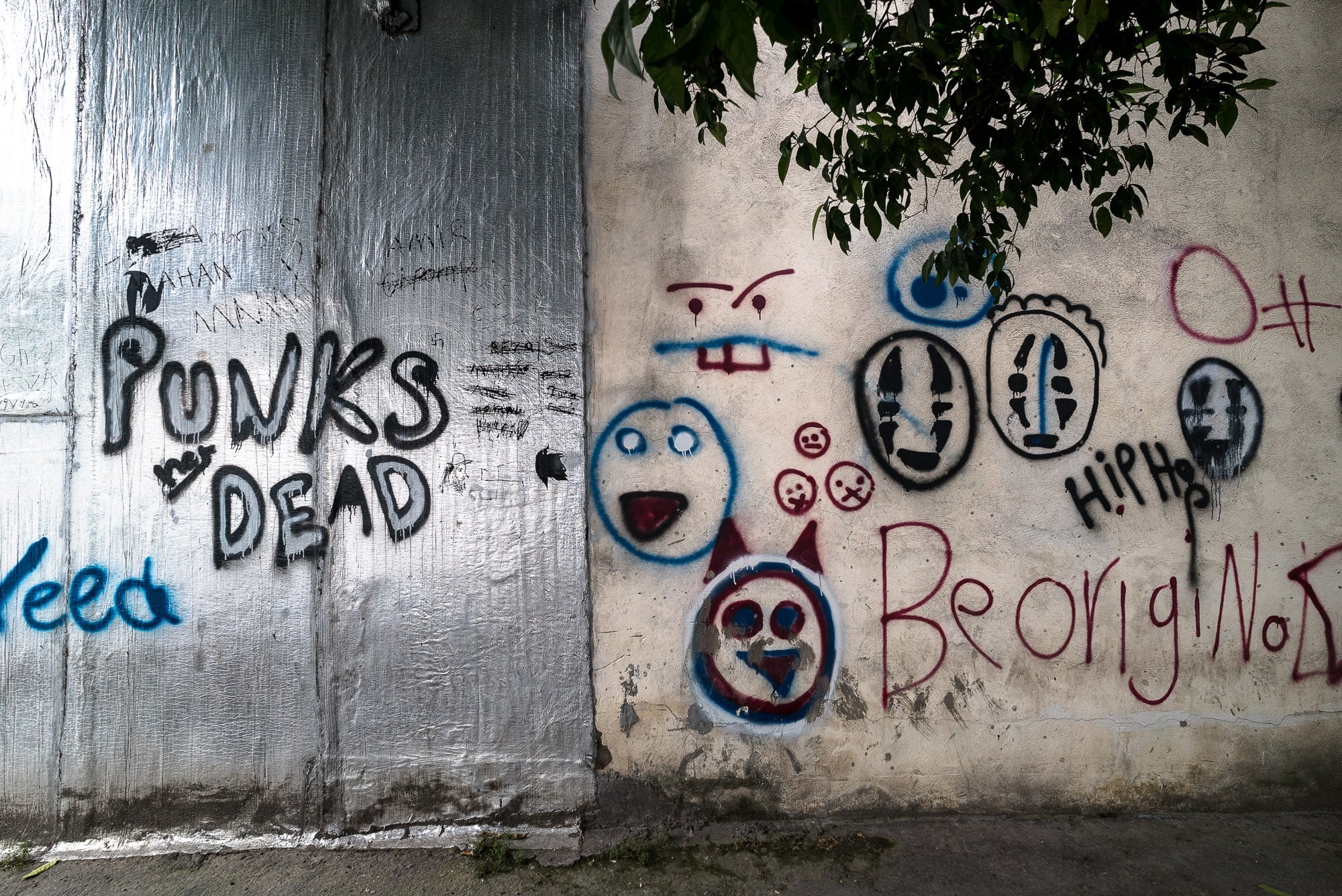 Graffiti! And I don’t mean the kind that consists simply of an advertisement slogan and a phone number. No, these were real honest-to-god graffiti, and they seemed to have come straight from the hands of the angry youth.

I hadn’t seen much of this on my way from China to here, and now that I was thinking about it, it seemed to me as if there was a general rule: the more authoritarian a country, the less graffiti you saw in the streets. Or maybe I was over-interpreting things?

Either way (and even though I didn’t like graffiti per se) I found the existence of these particular graffiti heart-warming: 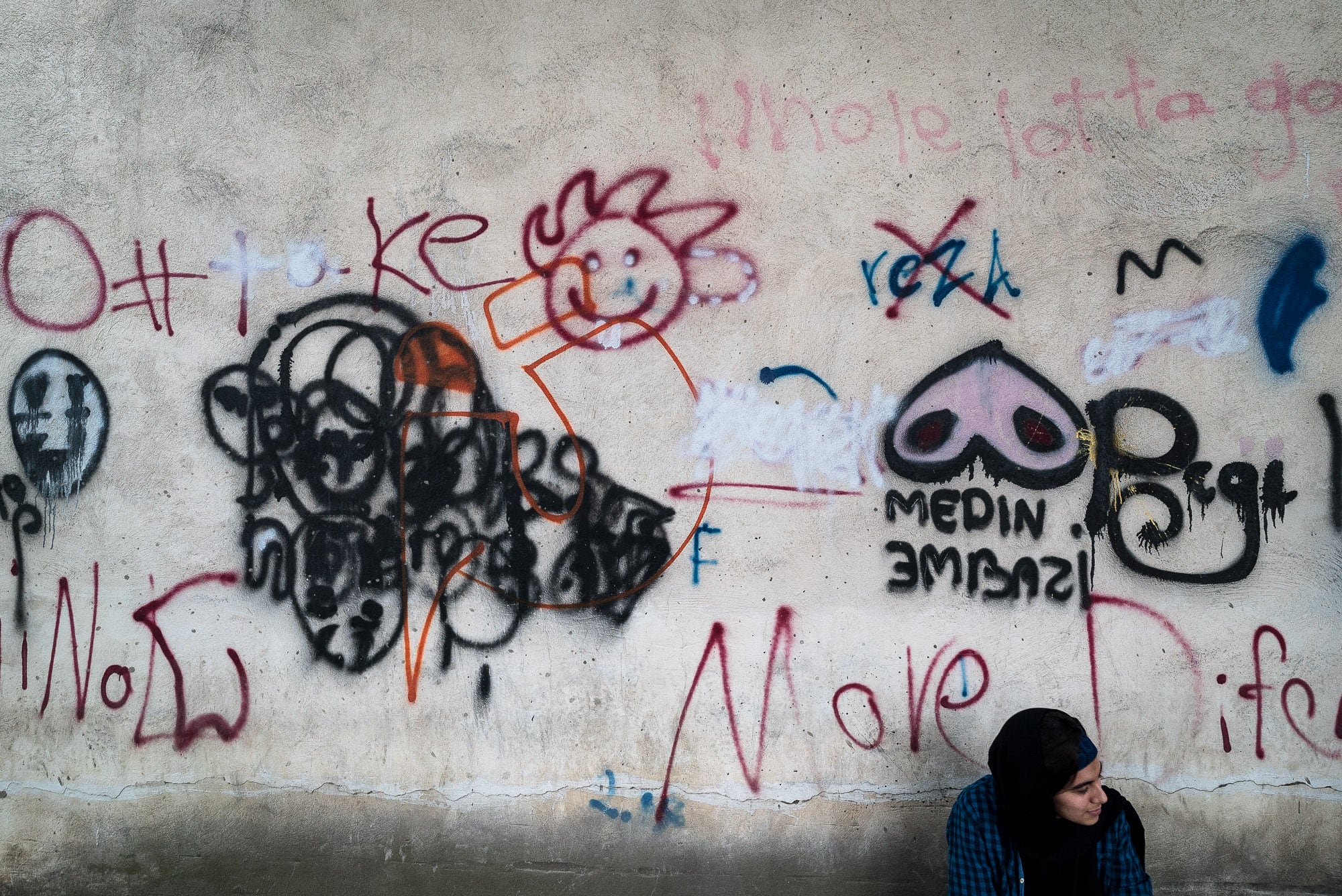 There were young people here who felt the need to express themselves and acted upon it.