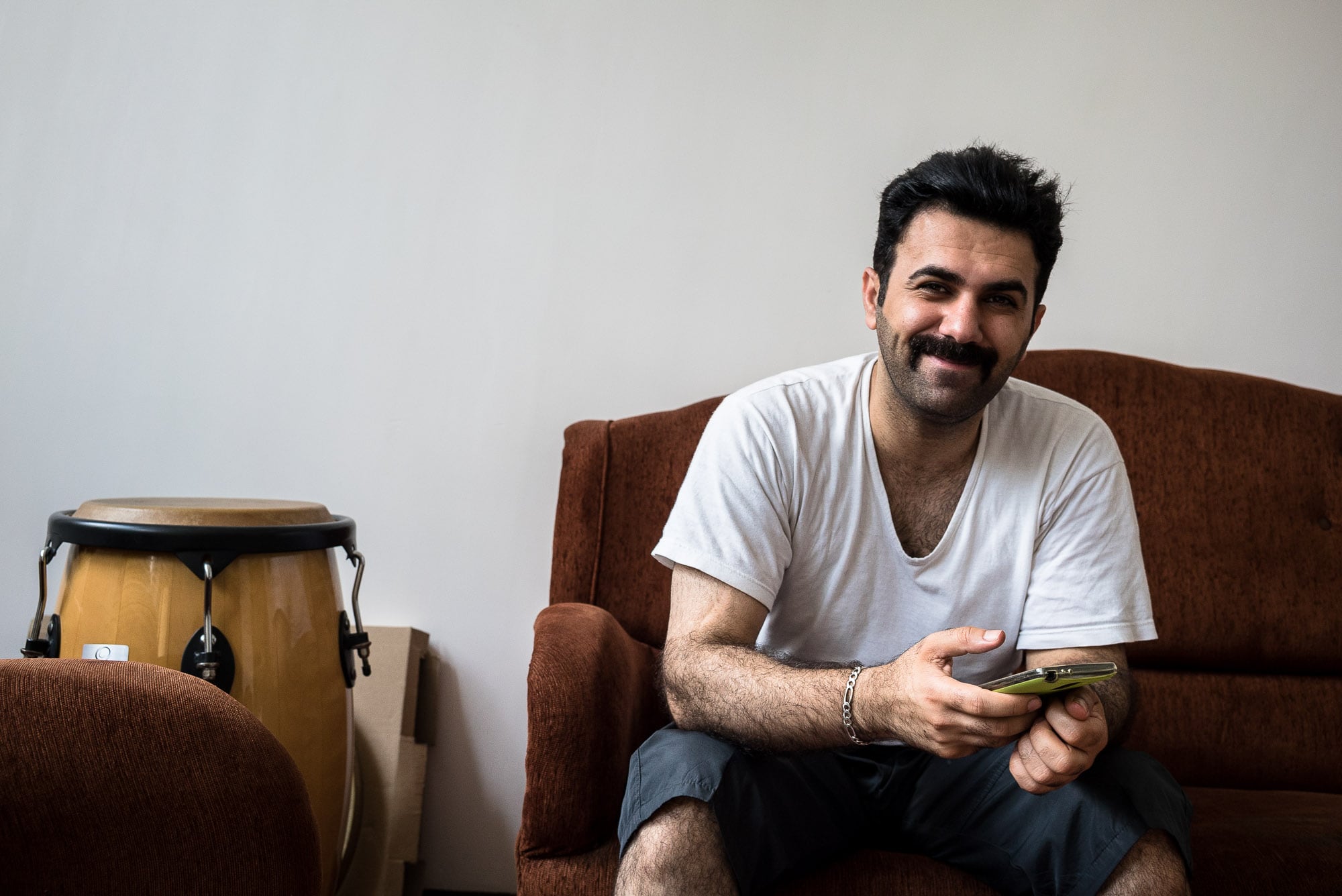 Then I walked through the sunshine in Behshahr: 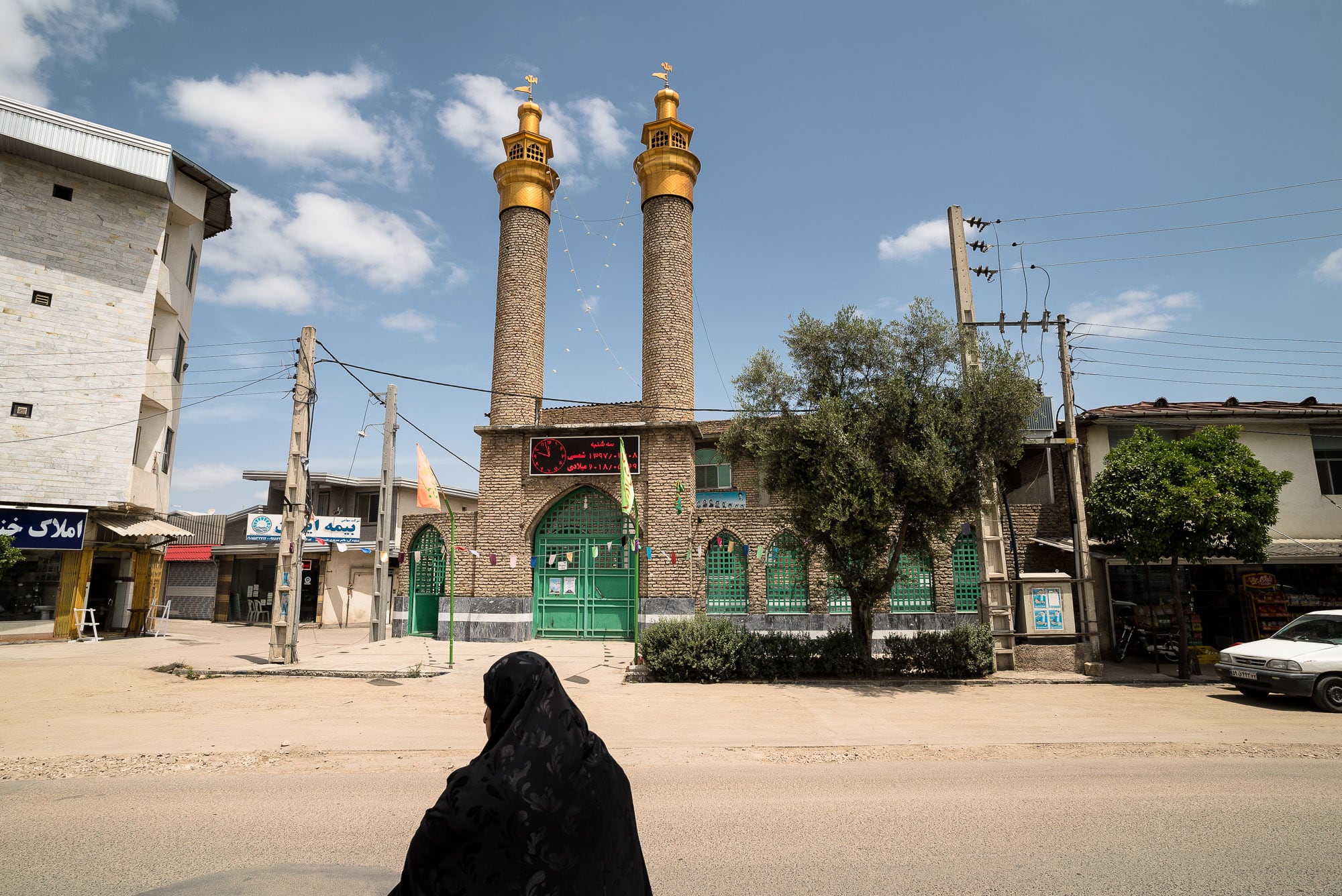 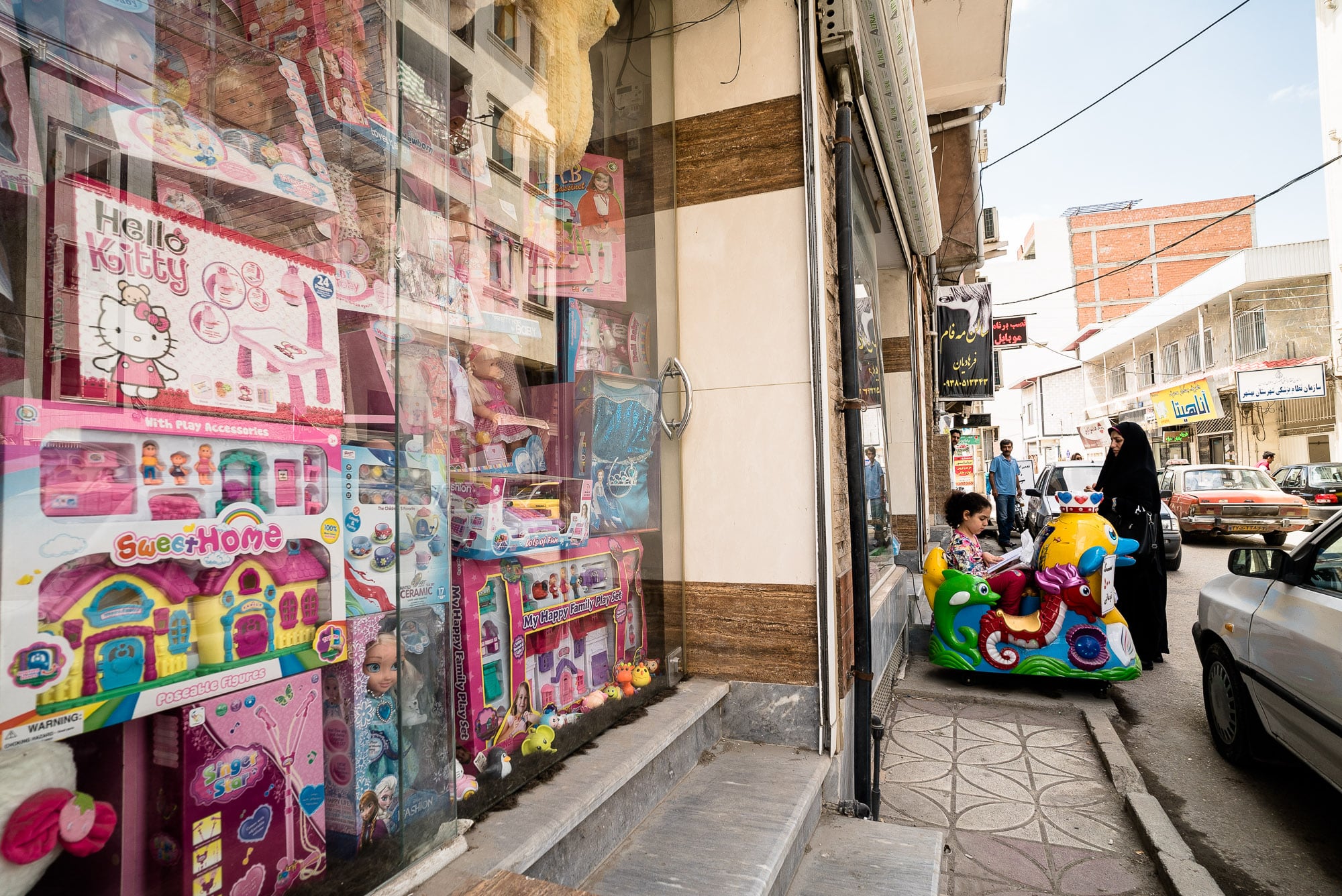 And a propaganda mural that warned seemed to warn of evil forces grabbing girls by their school uniforms: 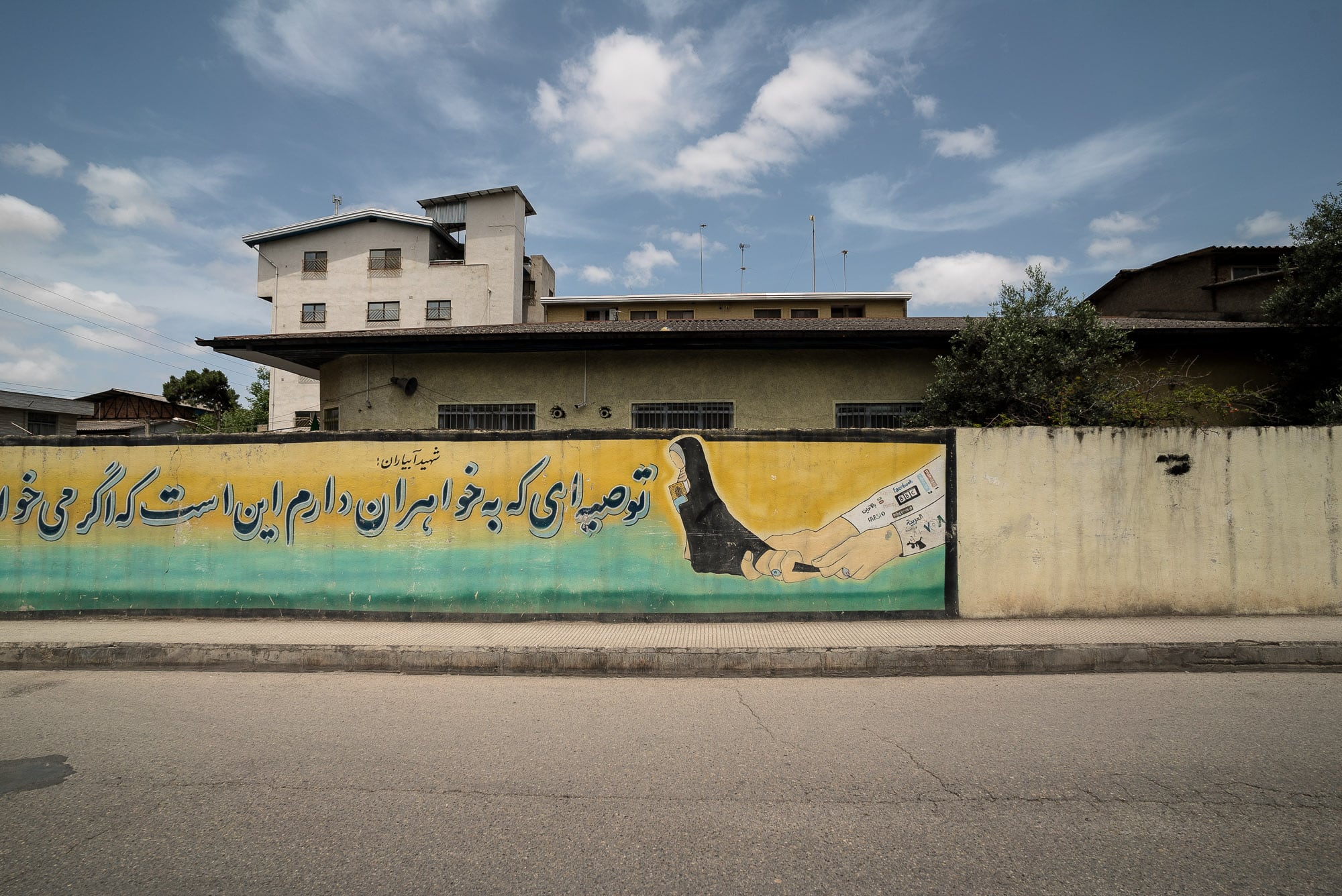 When I took a closer look, it seemed to be more of an advertisement than a warning: 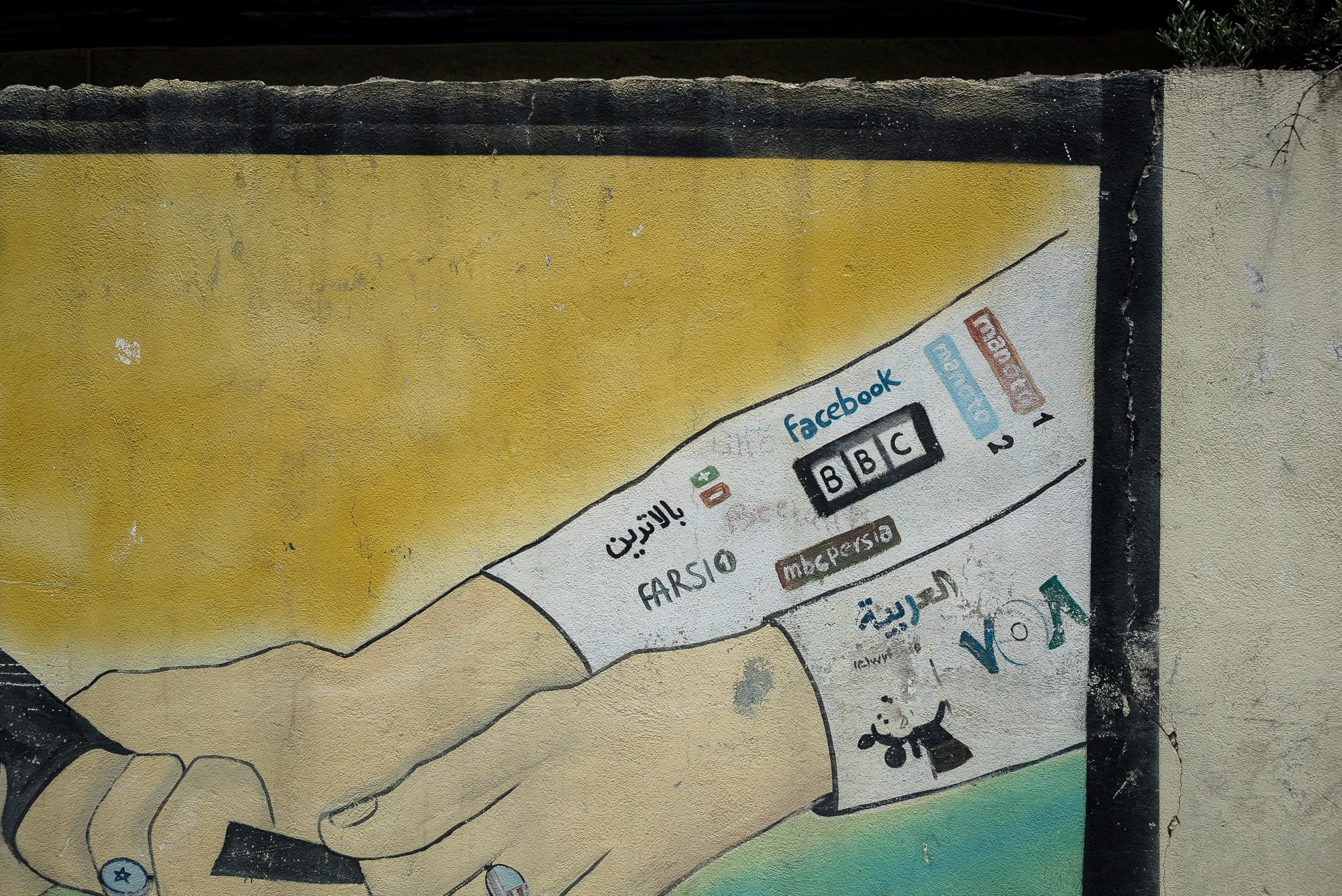 I didn’t have to walk far today, just to a village ten or fifteen kilometers outside of the city. My friends had family there. So I decided to avoid the highway and find my way through the villages instead: 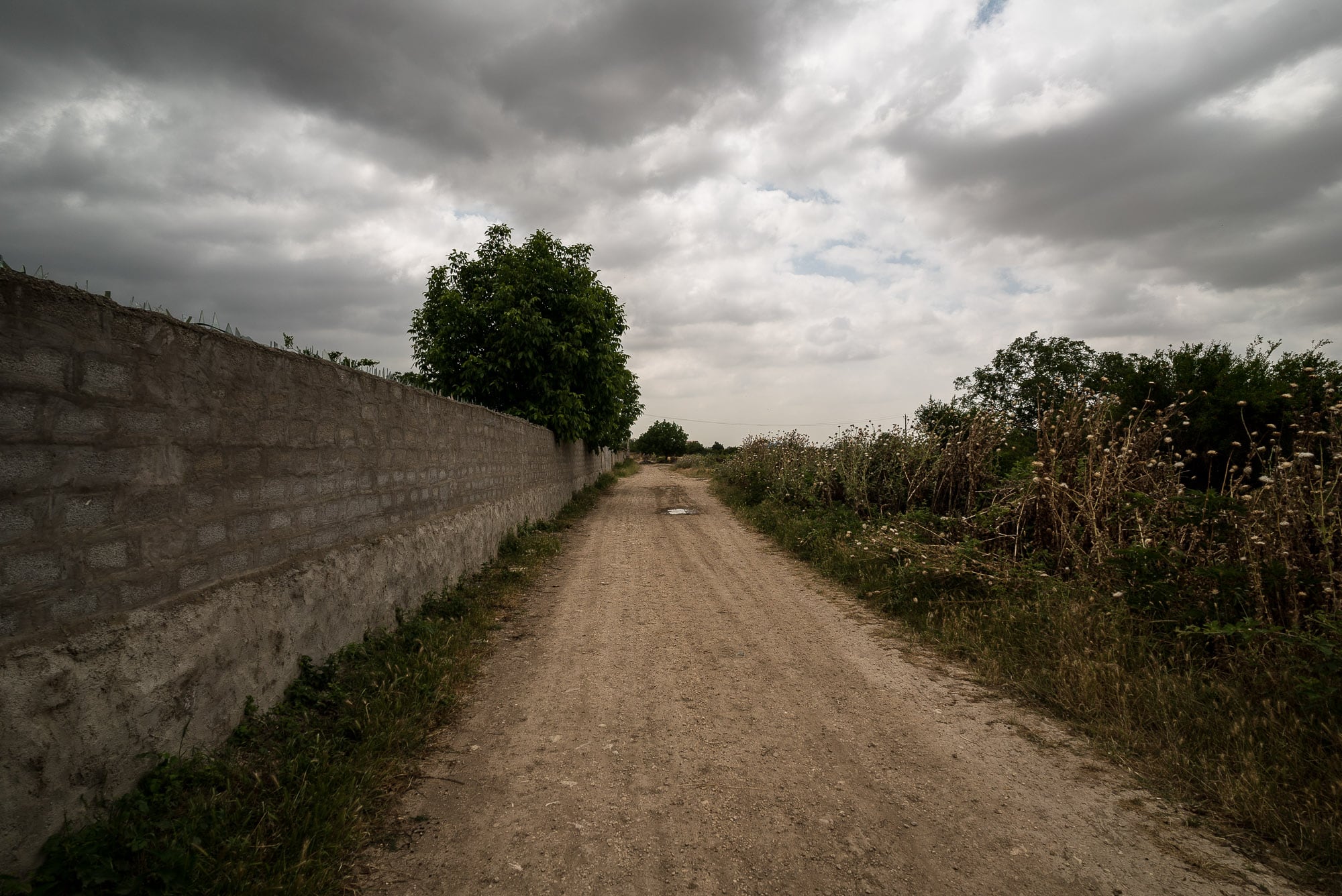 These gentlemen stopped me and warned me to not go any further: 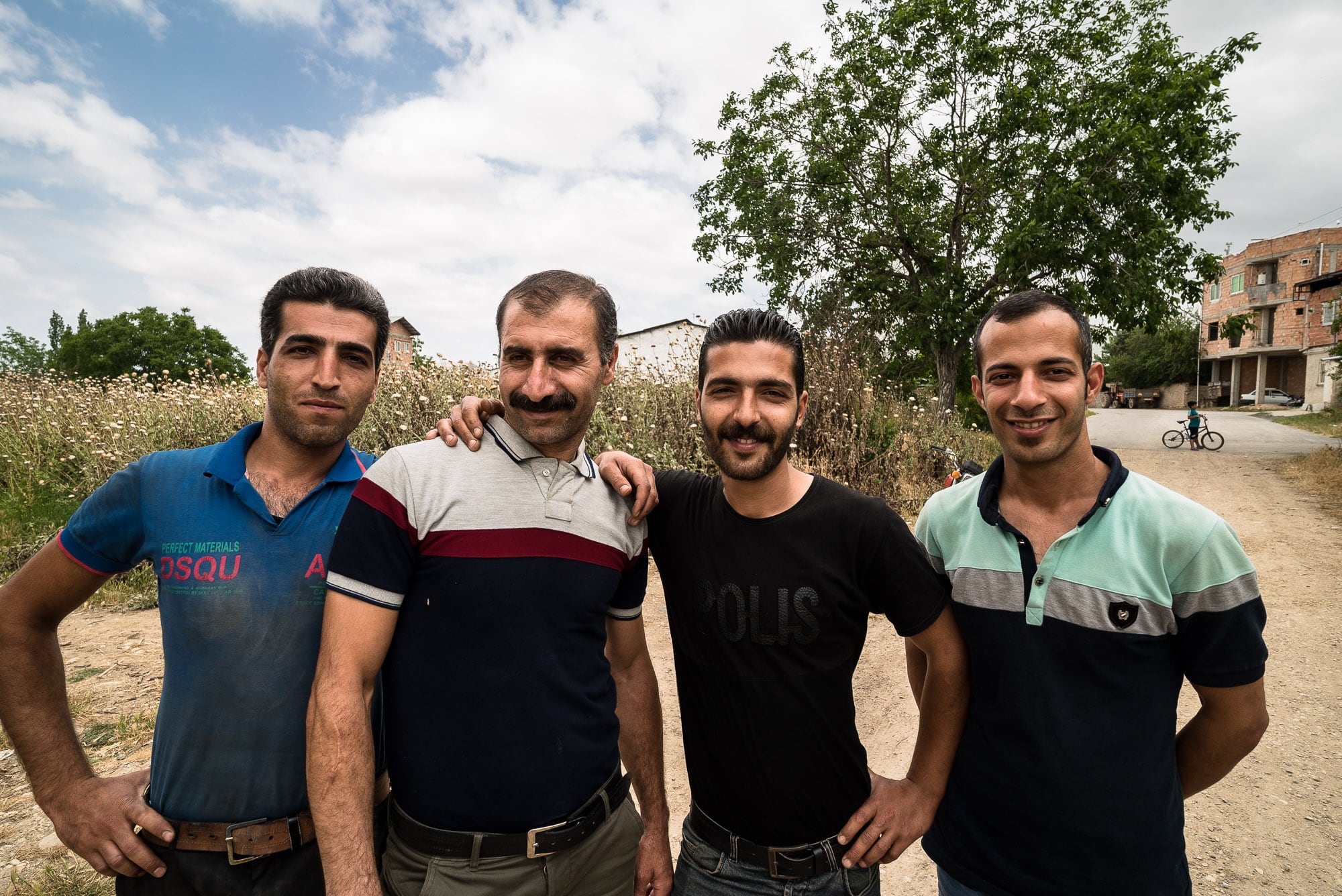 There were bad things ahead, they said. Bad? I asked in my limited Farsi. “Ali Baba”, they said, and one of them made a gesture of someone emptying his pockets.

In the end we agreed that I could walk on but that I would have to be careful, leave my cameras in their bags, and avoid talking to bad people.

The road was quiet, and the clouds hung heavy from the sky: 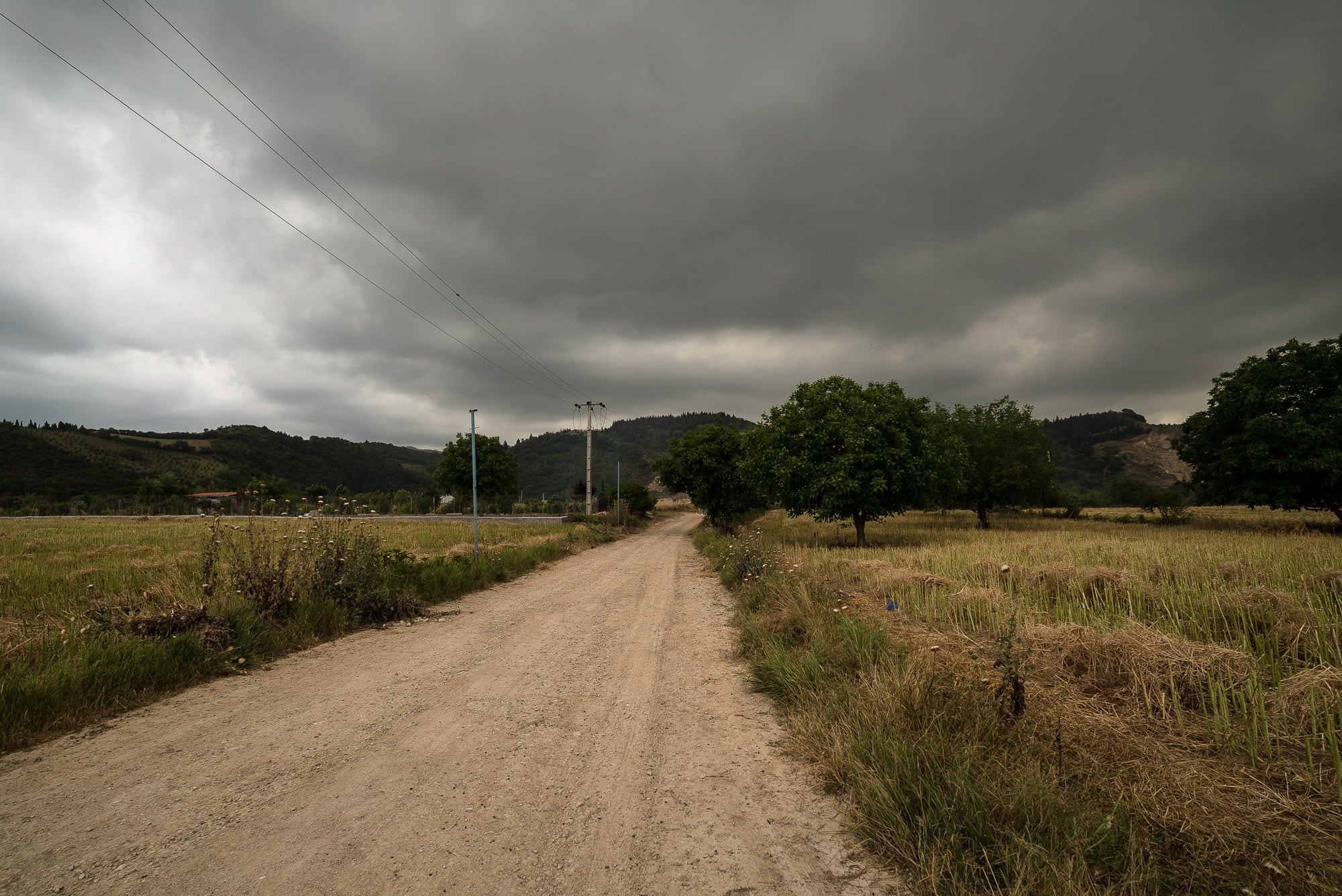 Somewhere in the distance, some people were burning stalks on the fields: 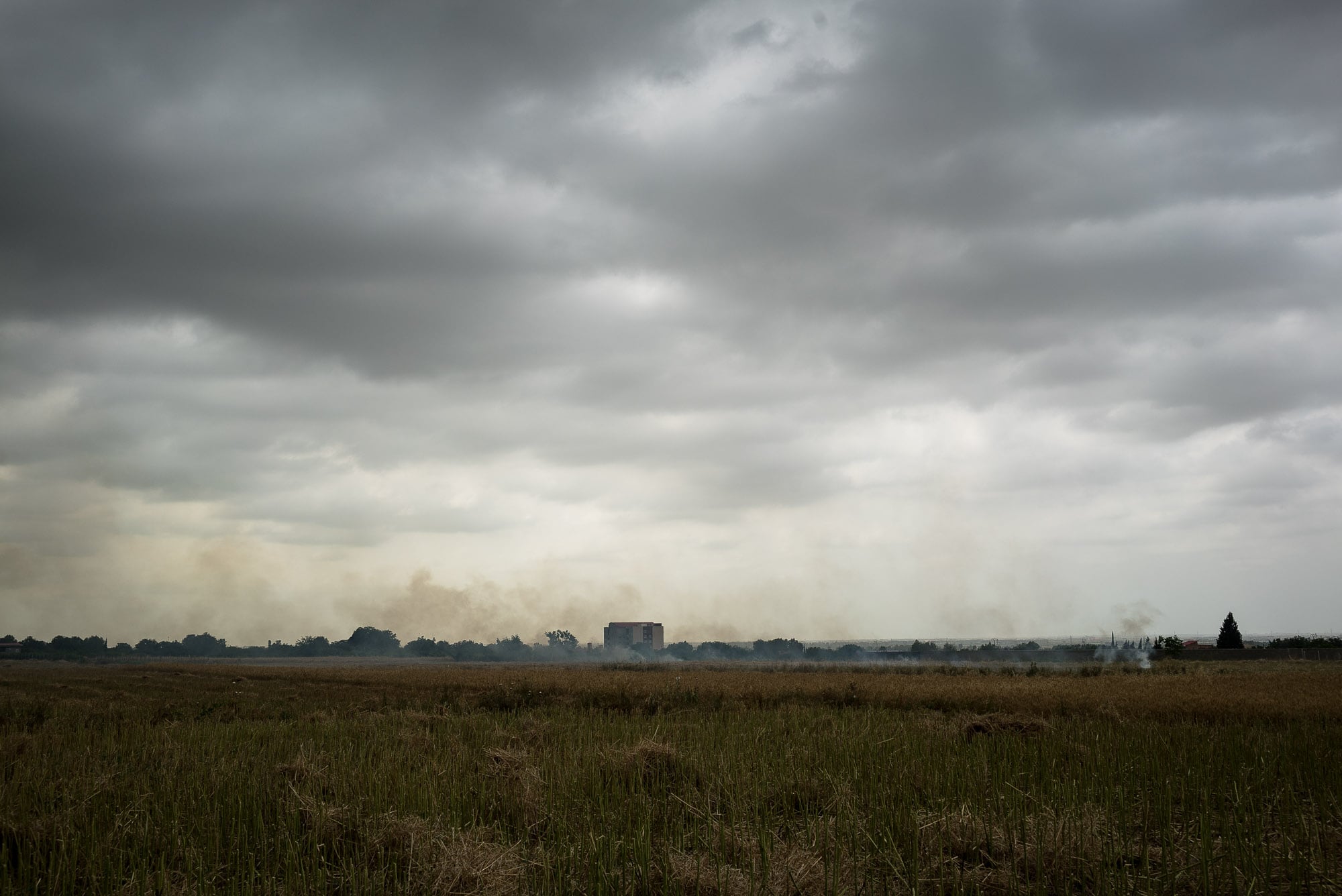 It turned out to be a very nice way to walk: 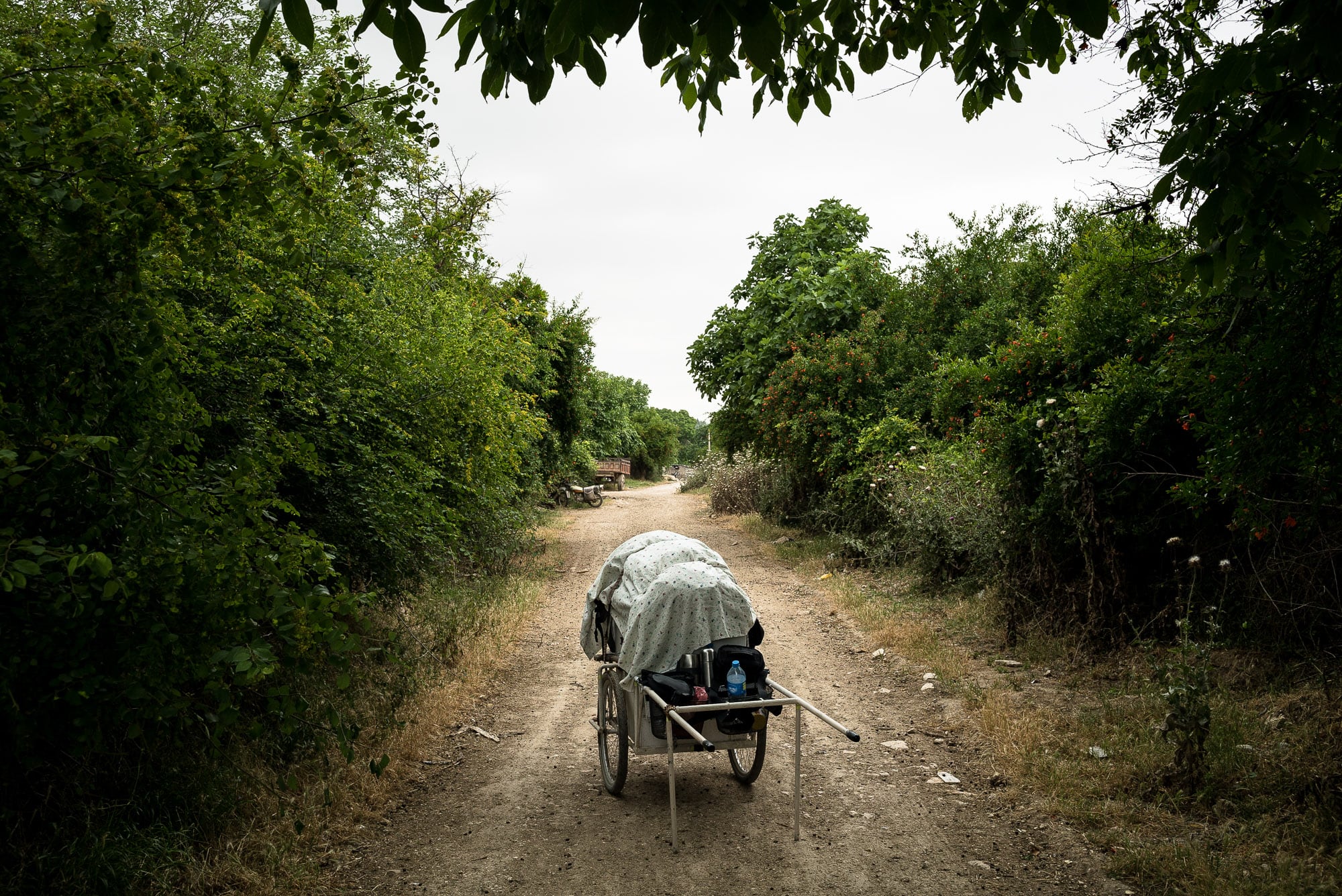 There were some people, but they were all very friendly.

These two gentlemen posed for a photo and offered me Cheetos: 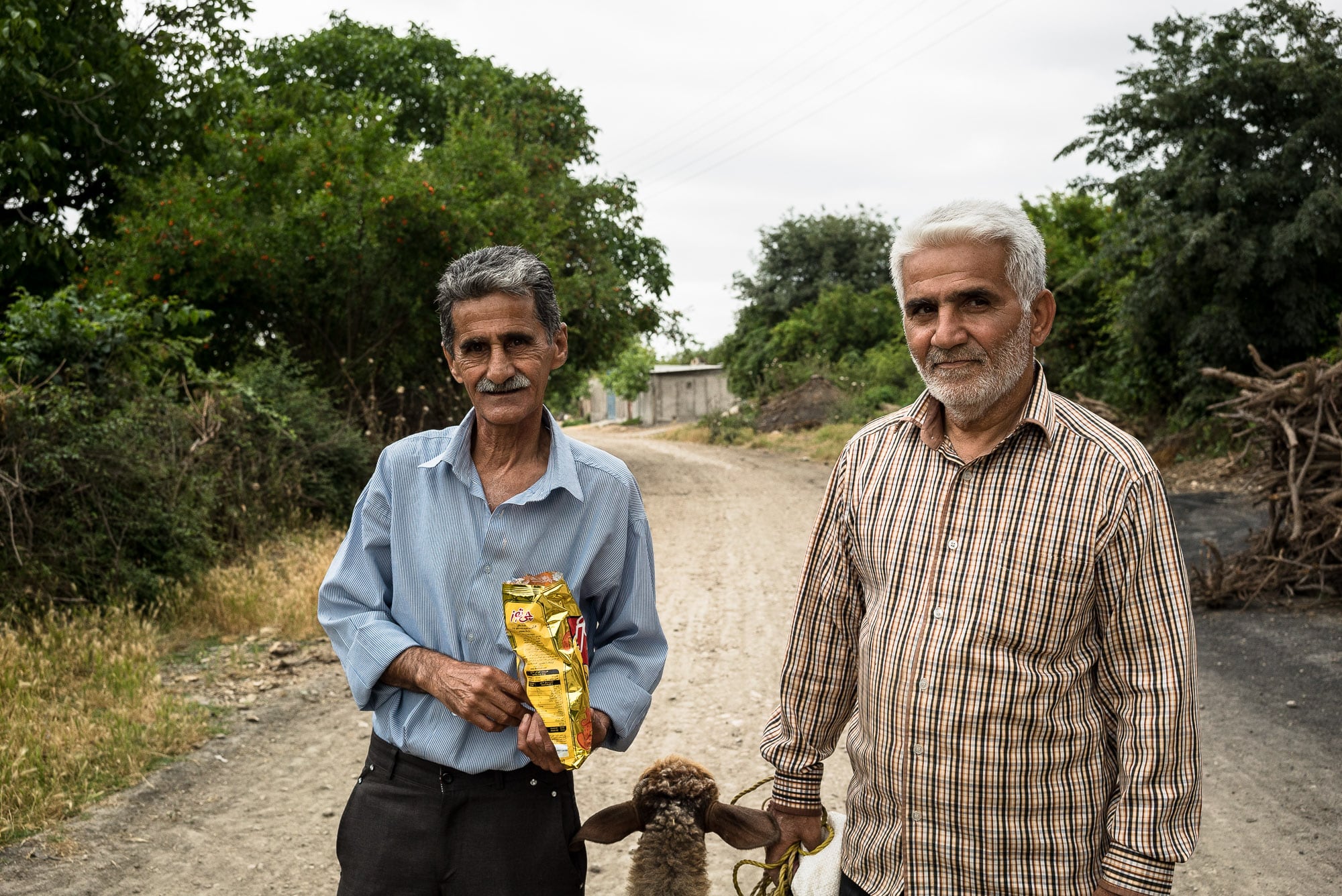 I eventually did find a bunch of bandits, but they were mostly fifteen years old: 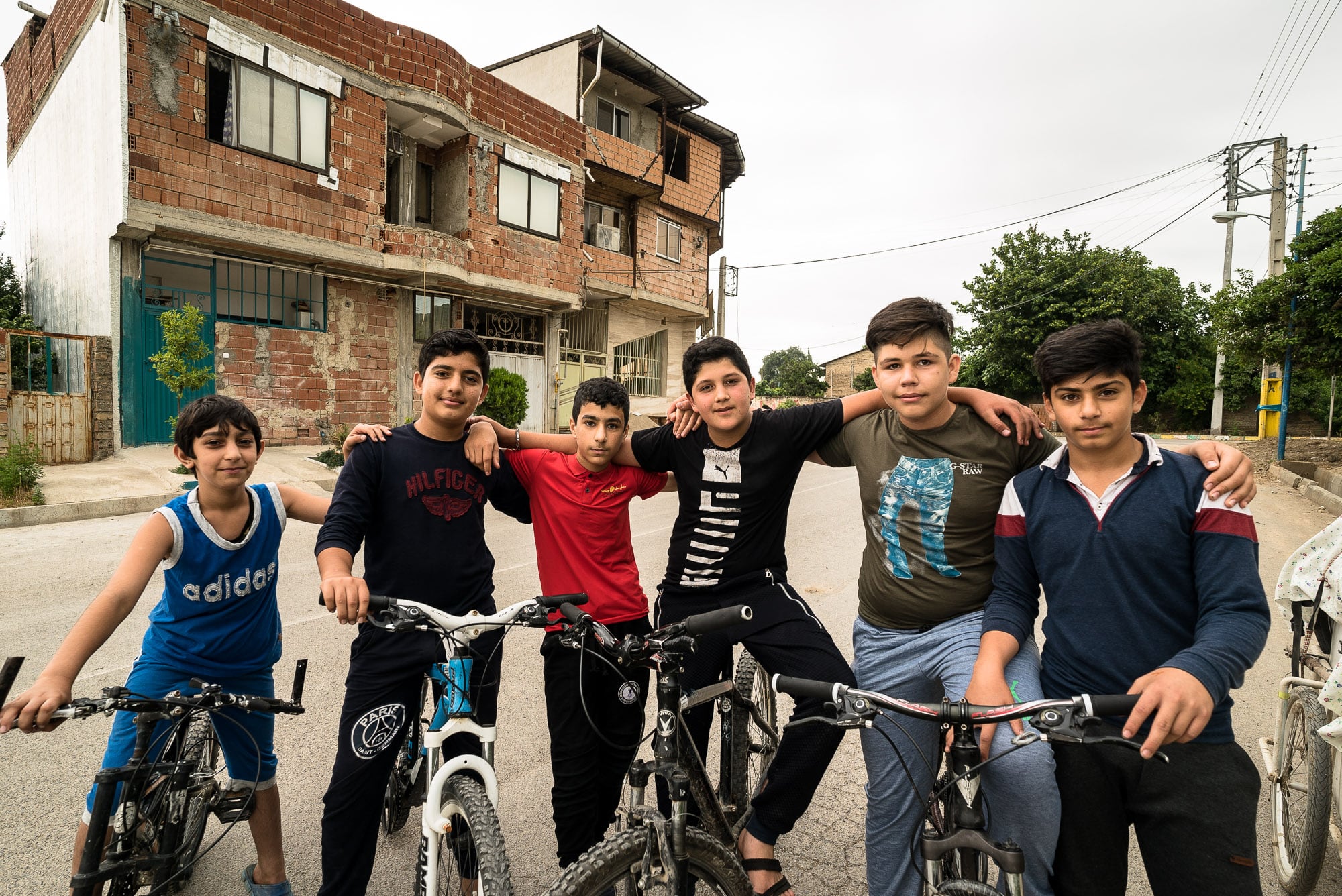 When I reached the village of Gorji Mahalle, the first thing I saw was a sign with Georgian script: 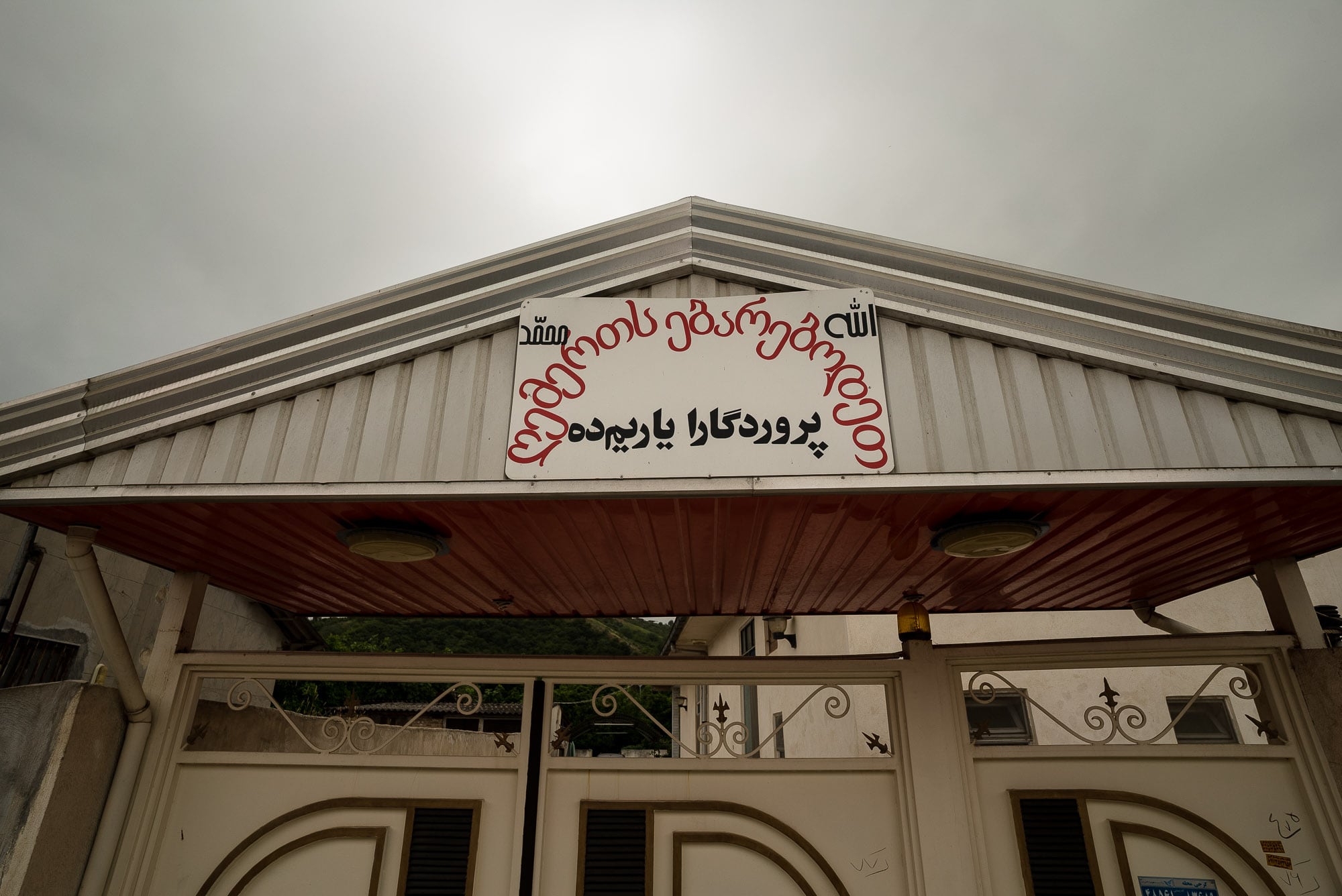 It was an old Georgian village.

Day 1125
from Behshahr to Gorji Mahalle