The night had been shitty. Went to sleep at two. Woke up at three and saw a pig, a wild boar, going through the trash next to me. Went back to sleep, then woke up again at five thirty because a pack of street dogs was going through the rest of the trash. Then the roosters started doing their thing.

I left my camp site at six thirty: 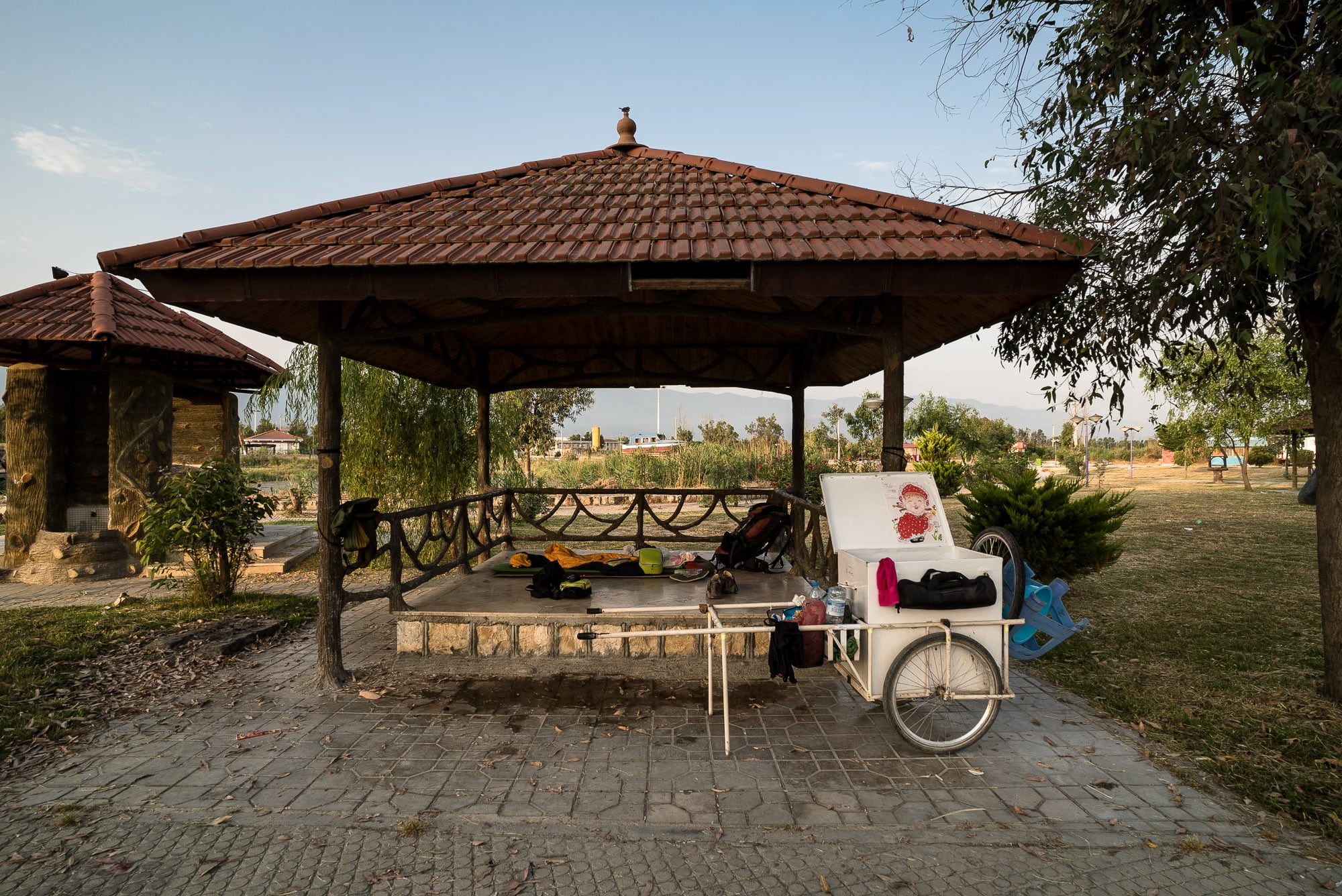 And I walked through the quiet streets of Bandar Gaz: 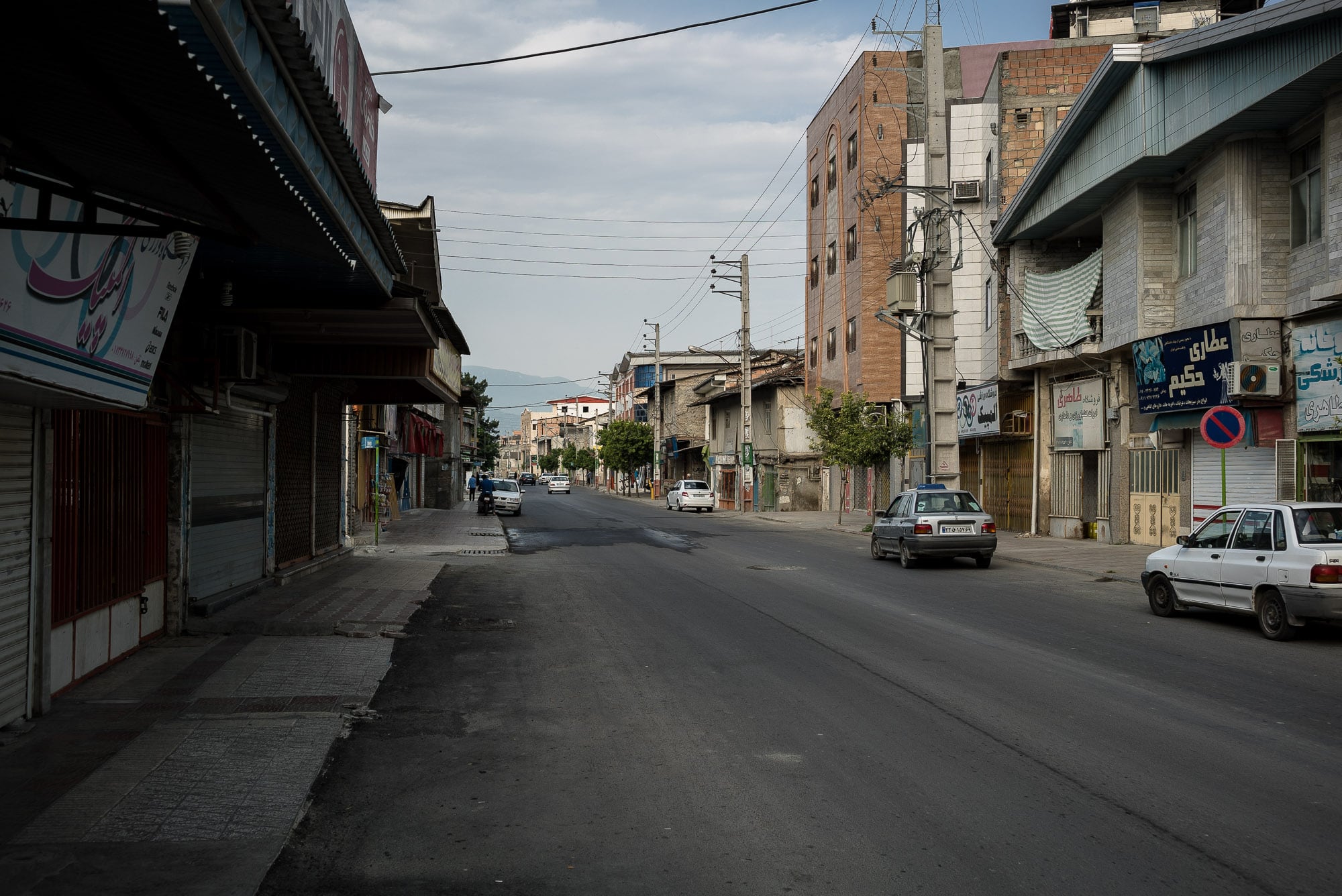 Stopped to get some bread at a bakery: 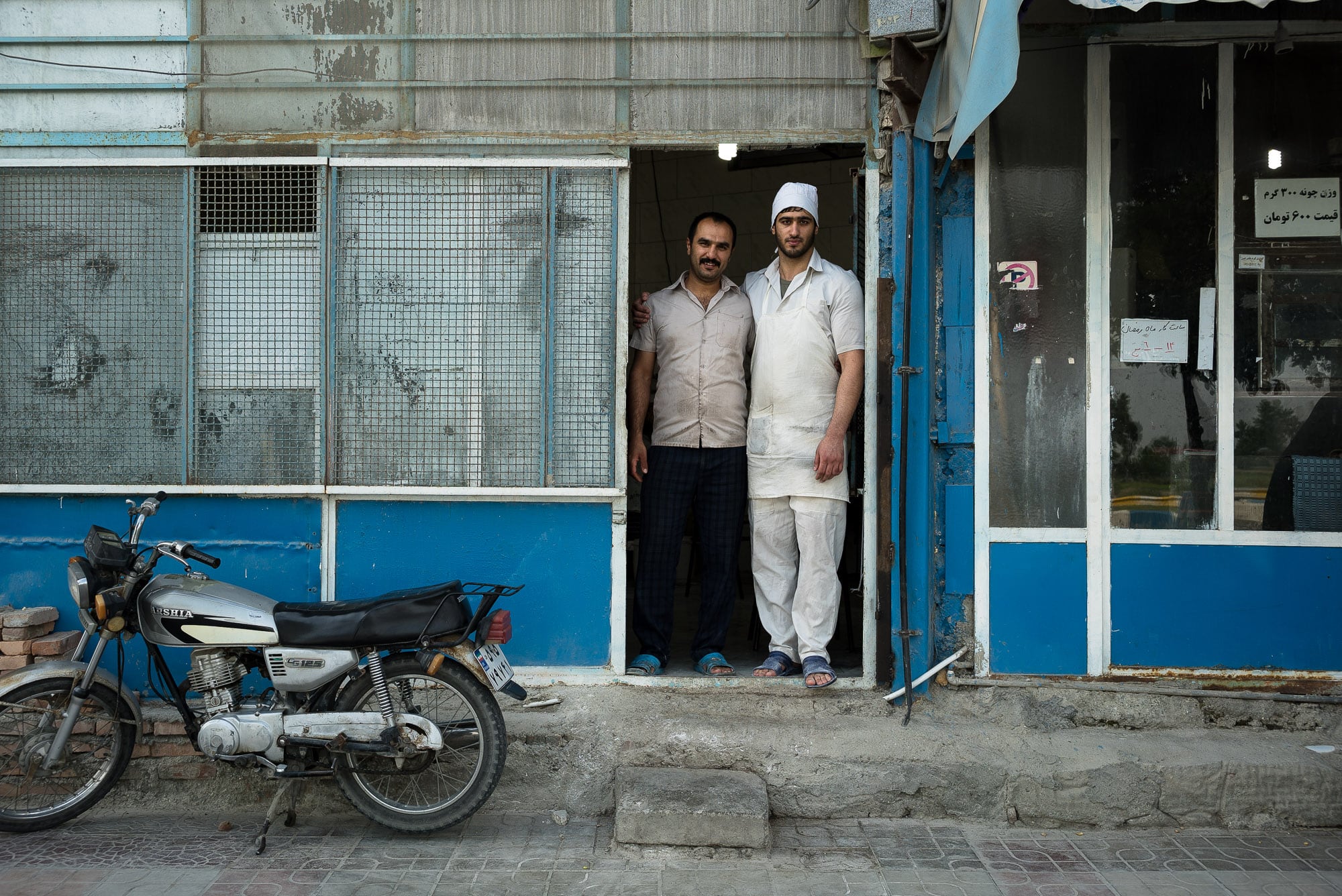 And they invited me in to check out their work: 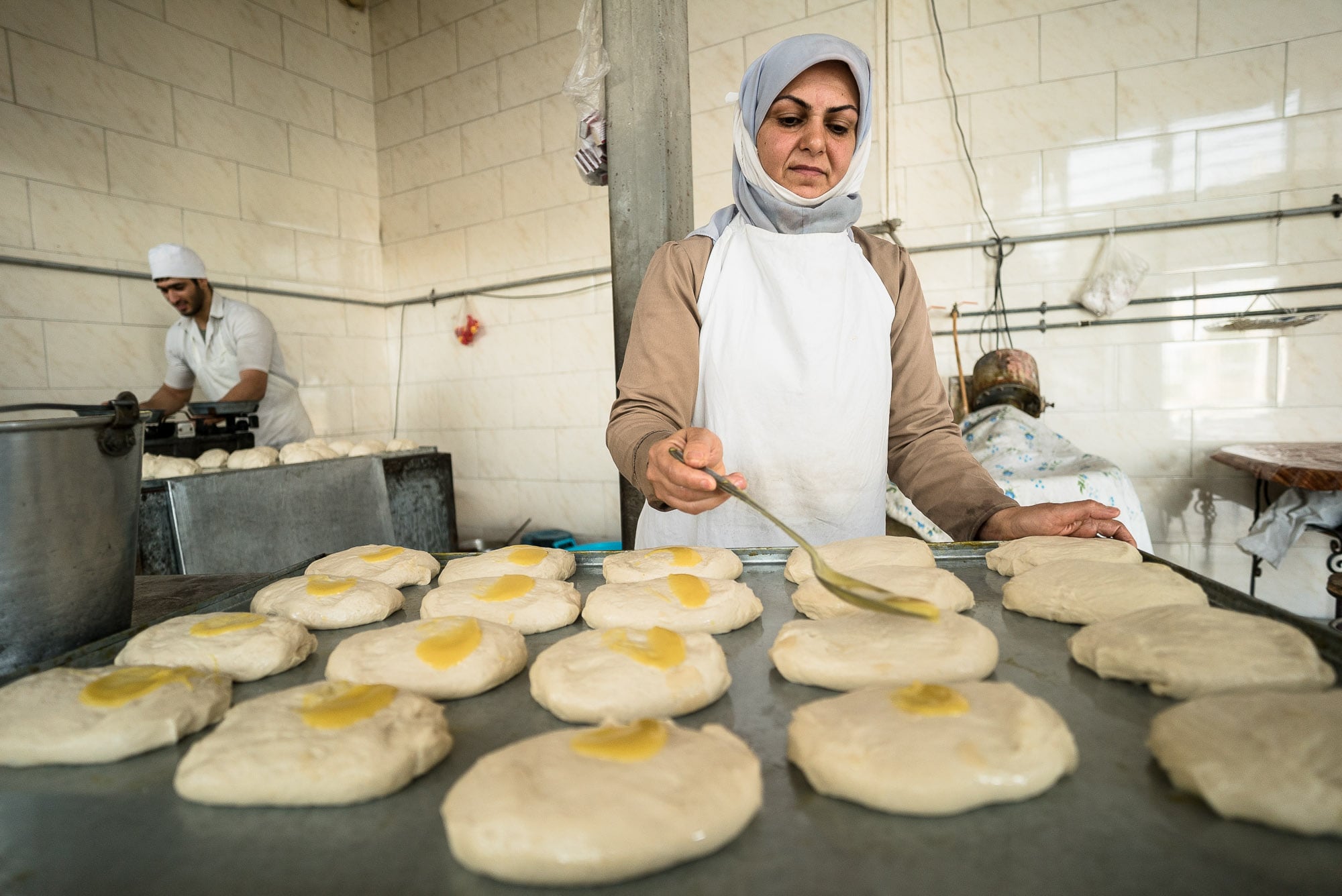 It was very hot: 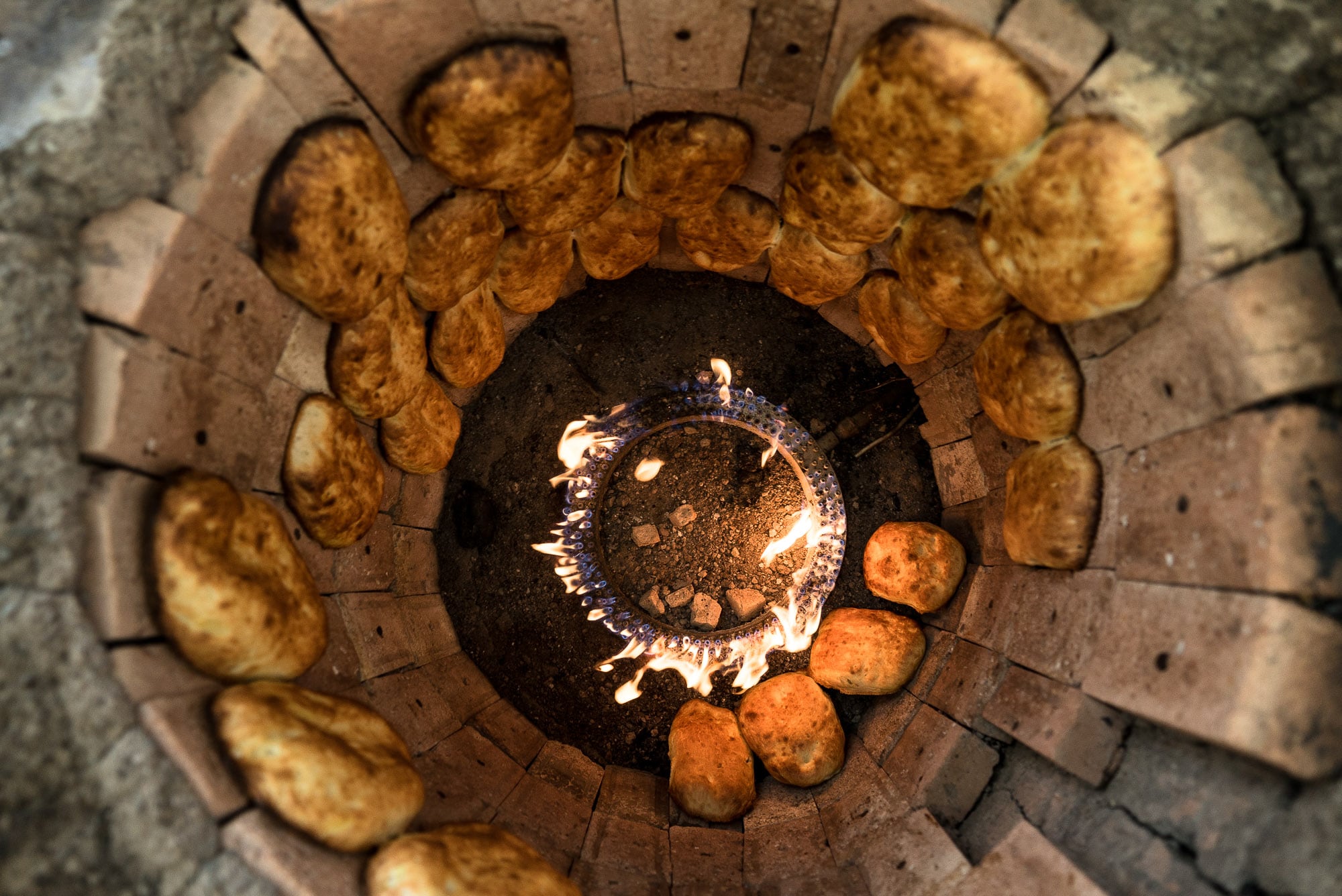 And yet they were observing the Ramadan – they were not eating or drinking anything during the day.

I took a quiet road out of Bandar Gaz: 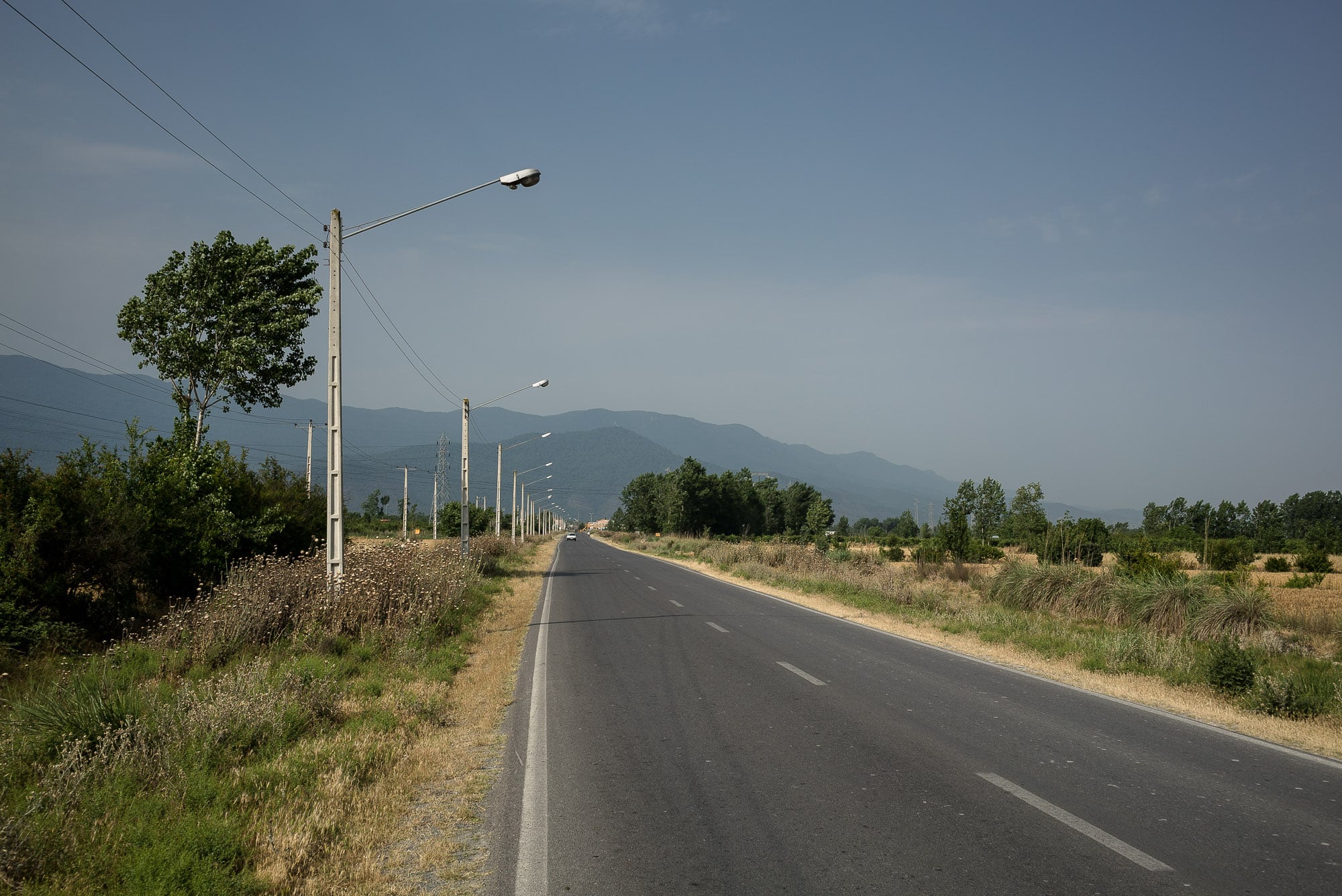 Then I left the quiet road and walked on a dirt track flanked by fields and farm houses for a while: 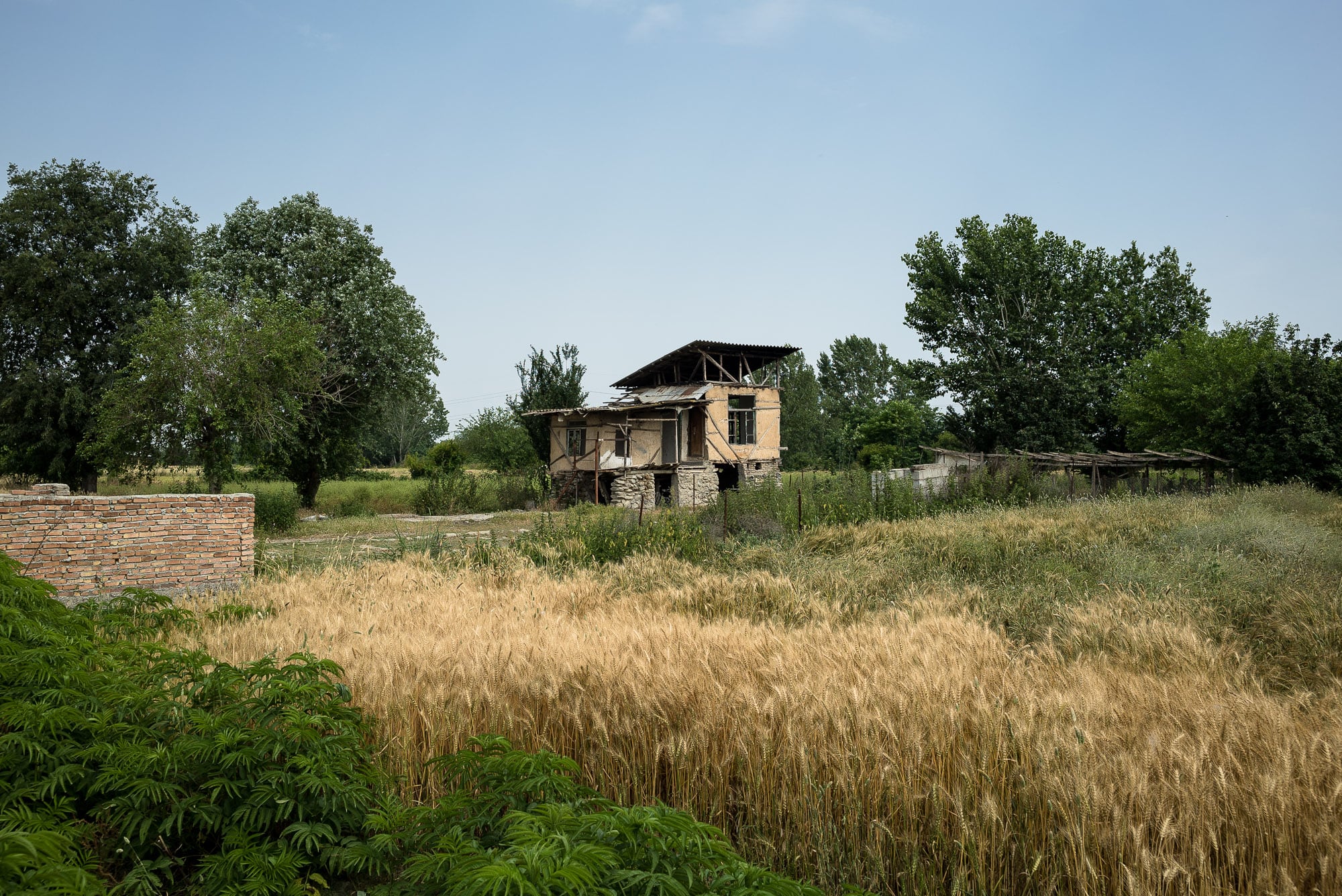 This friendly motorcyclist told me to go back to the main road. 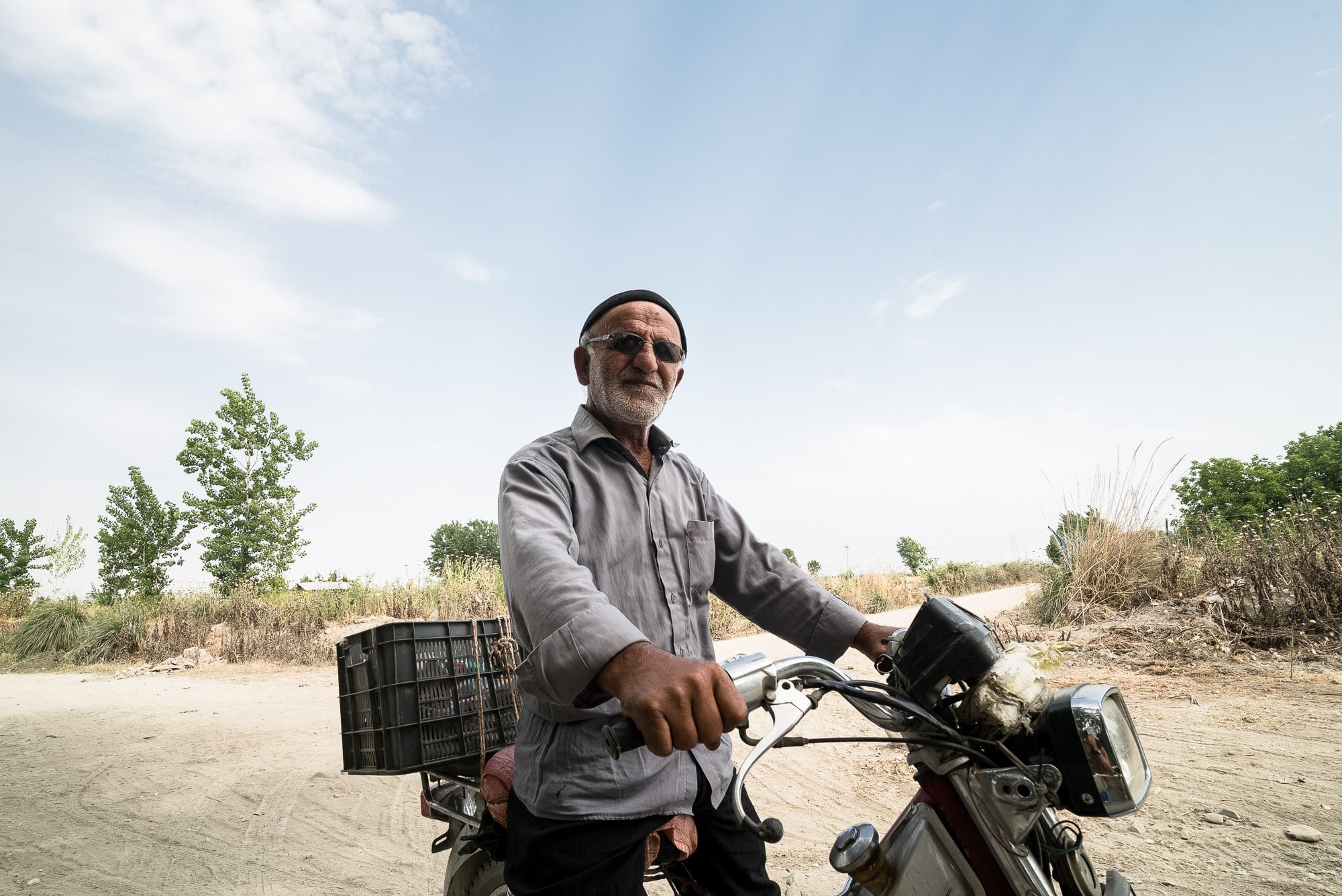 It was better, he said, and when I looked at the map, it seemed as though he was right. So I went back to the highway: 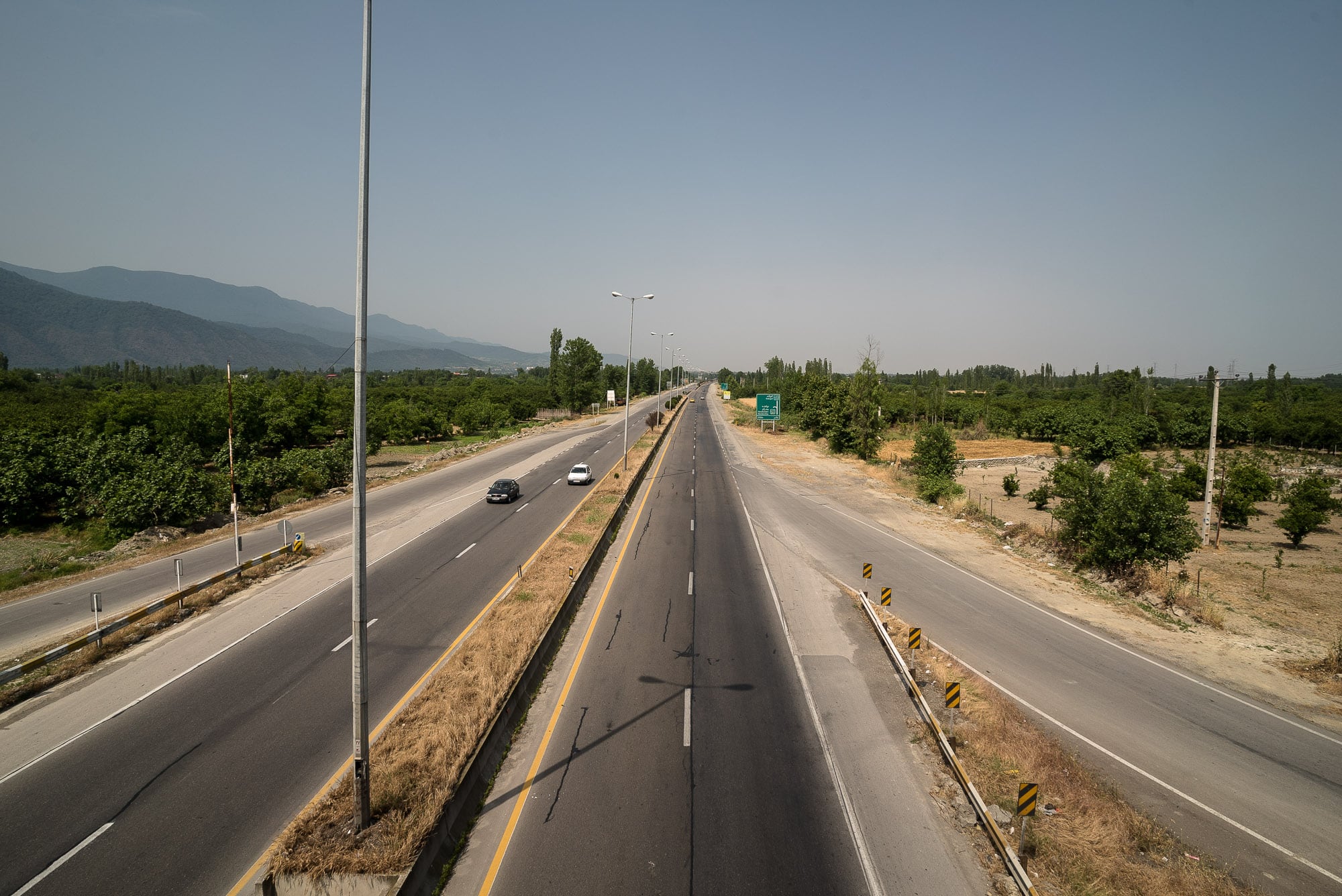 It goes without saying that the highway was mostly horrible, but sometimes there were some fields next to it that were beautiful to look at: 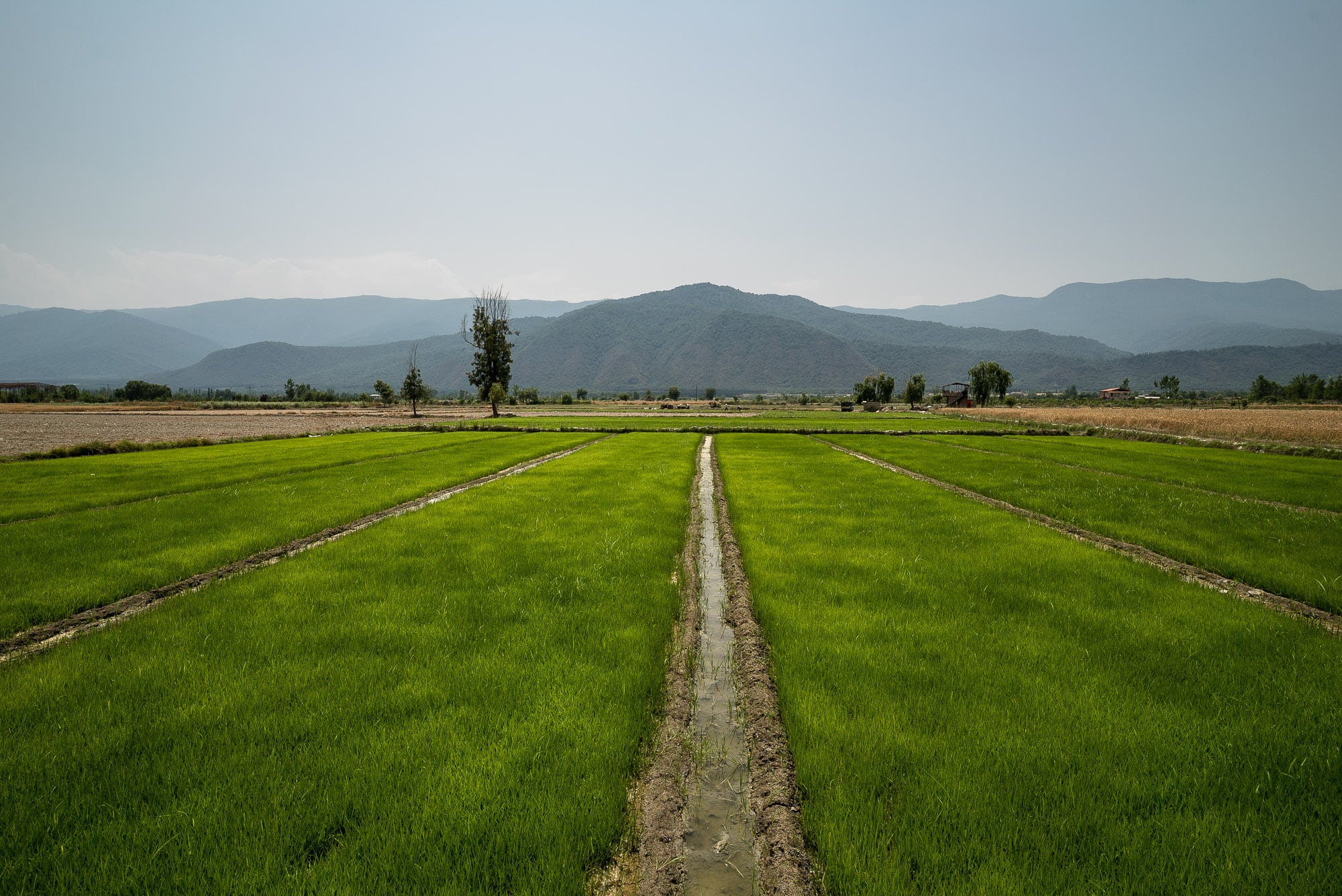 And one time there was a little shrine: 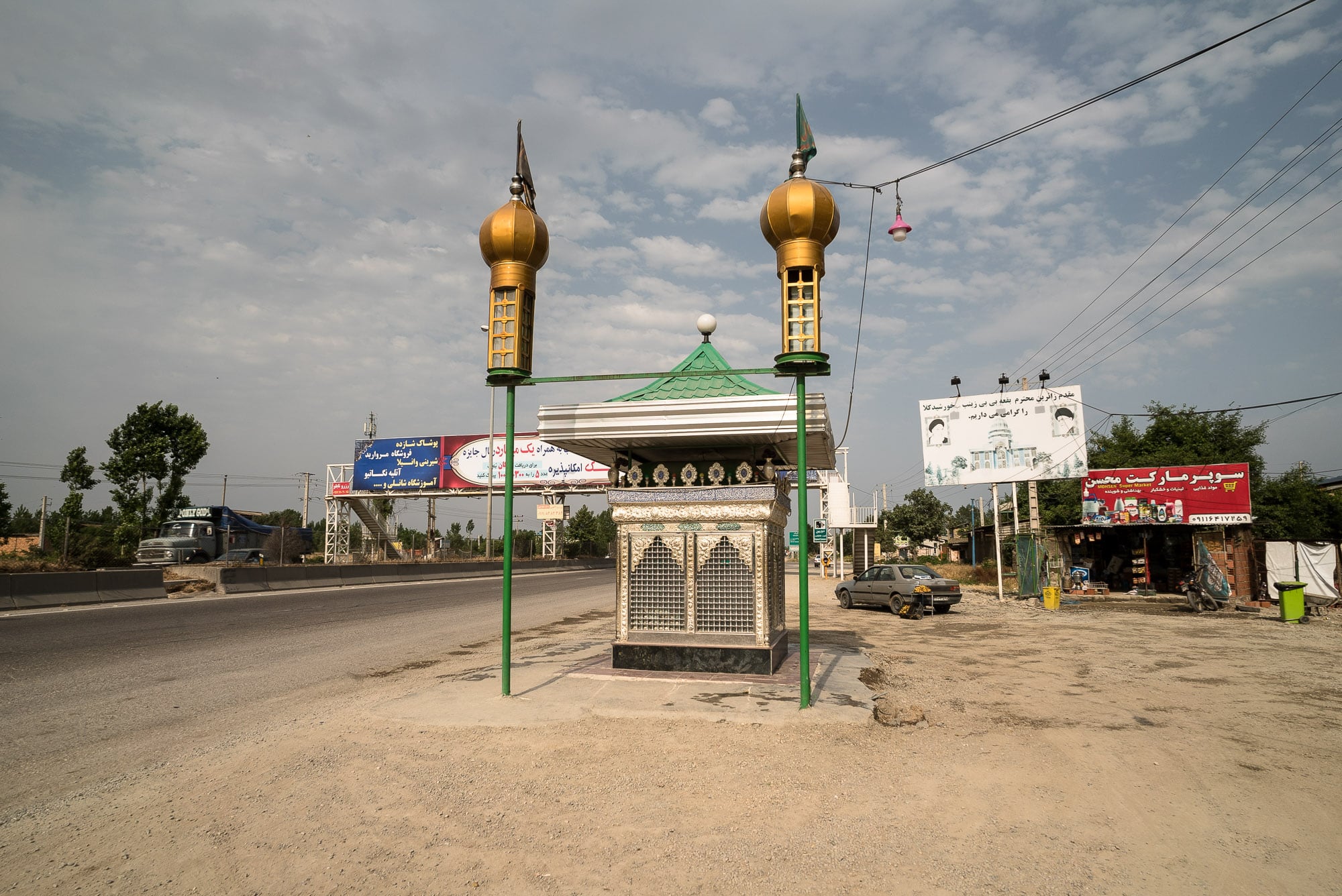 But mostly it was just cars and trucks and more cars and trucks. I felt tired. By the time I sat down for an extended tea break I had done twenty kilometers, and I was ready to find a place to sleep for the night: 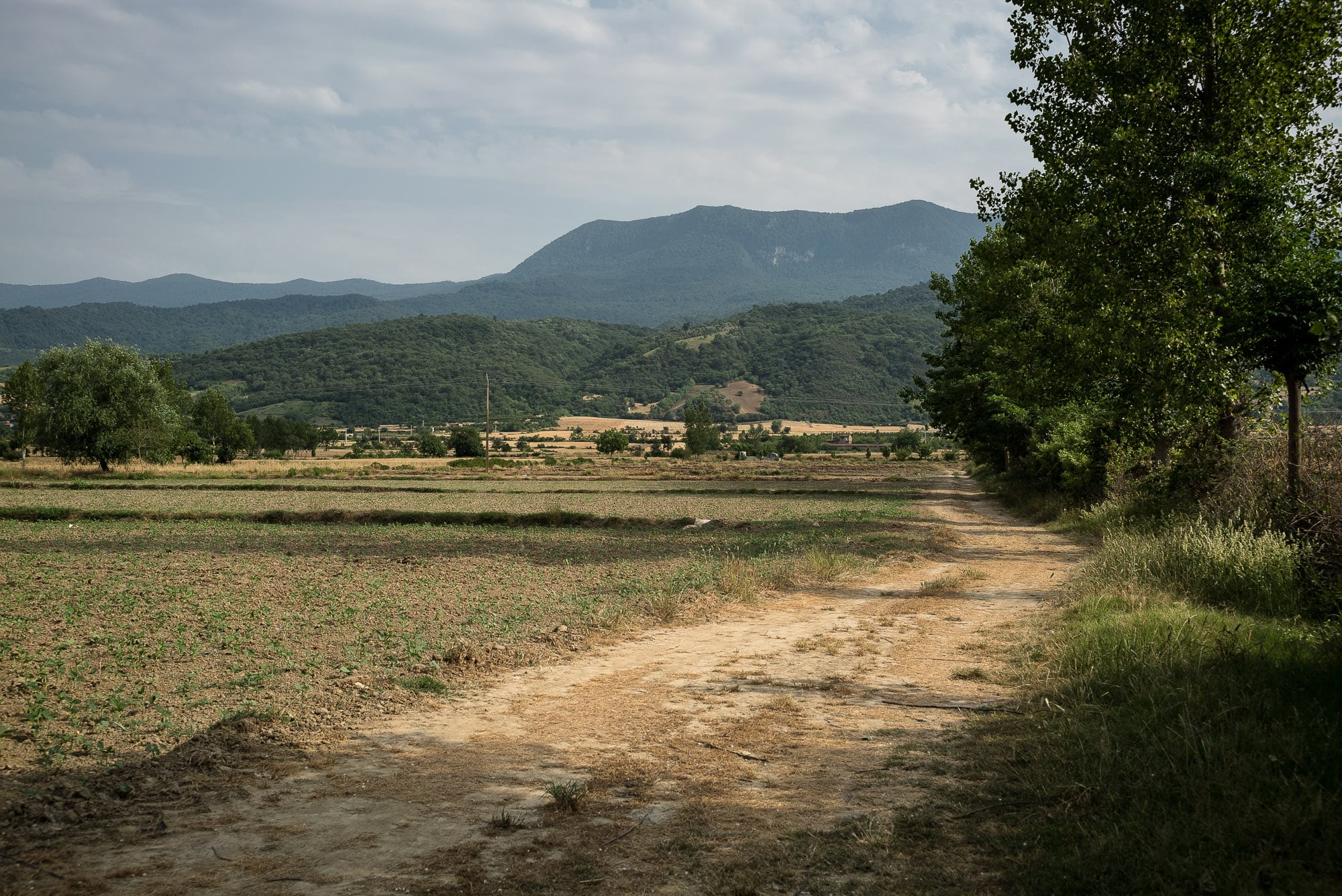 But I didn’t. I took a look at the weather app, and it predicted heavy rain for the next day. So I figured it would probably be a good idea to just keep walking and try to reach Behshahr today.

And so I walked: 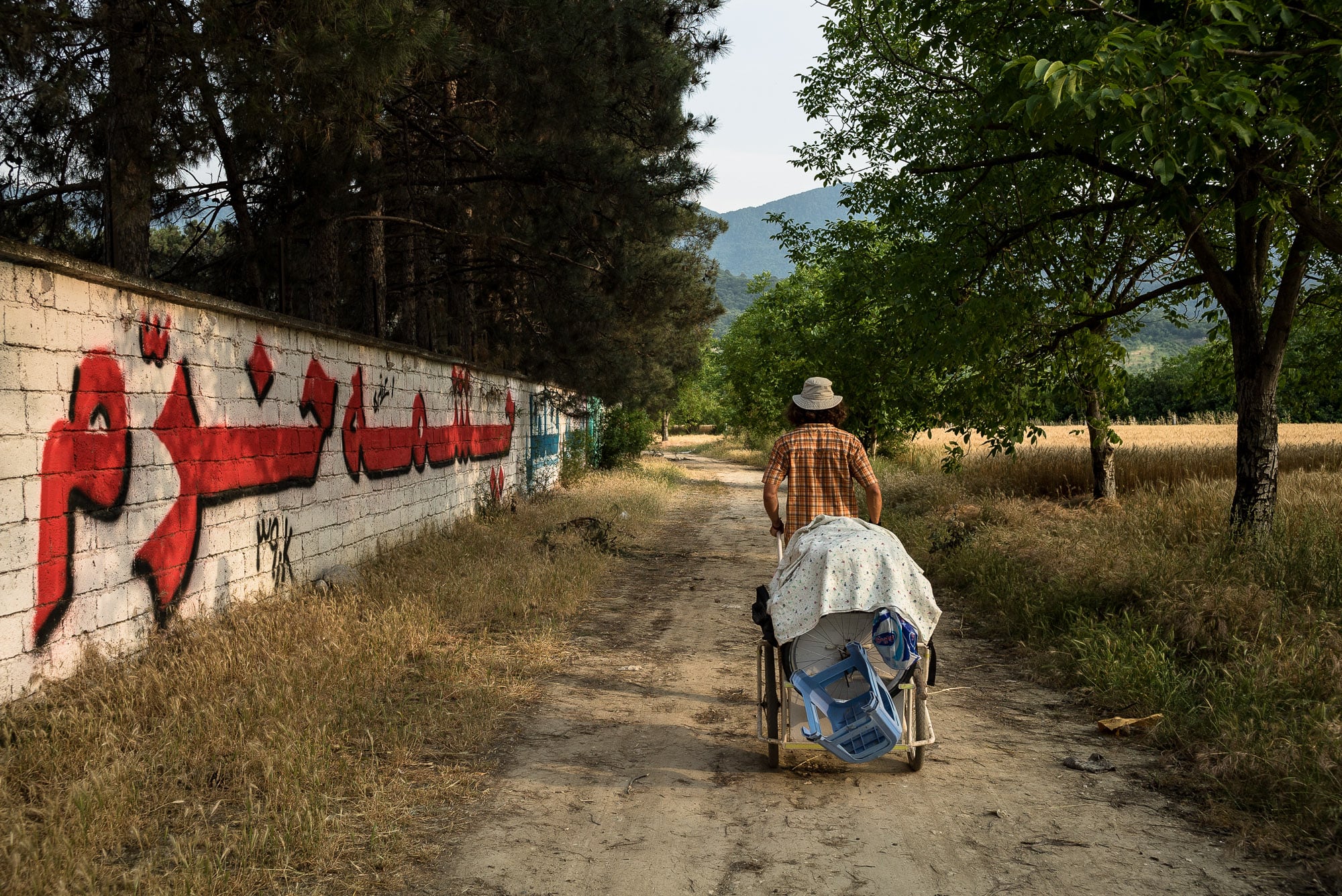 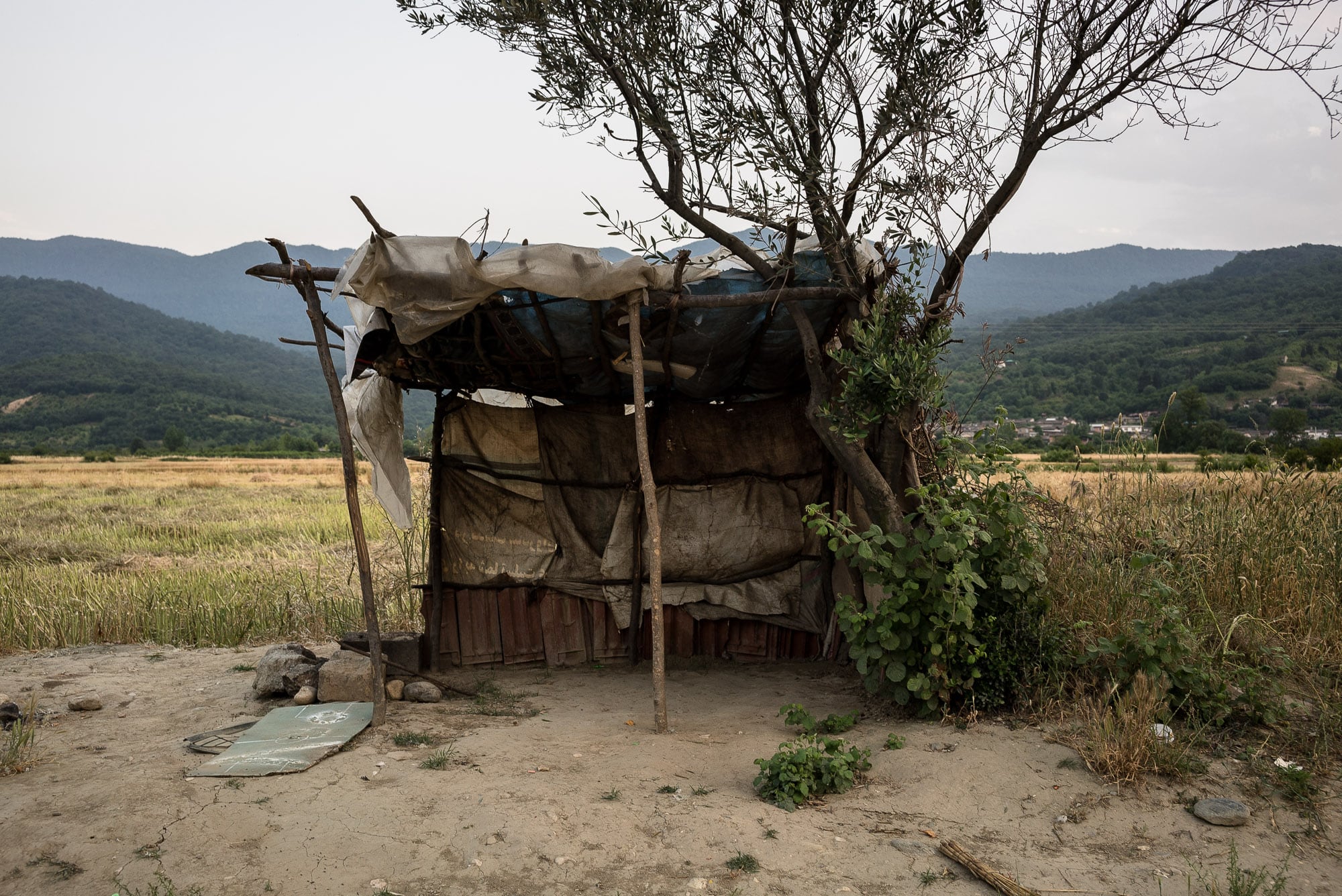 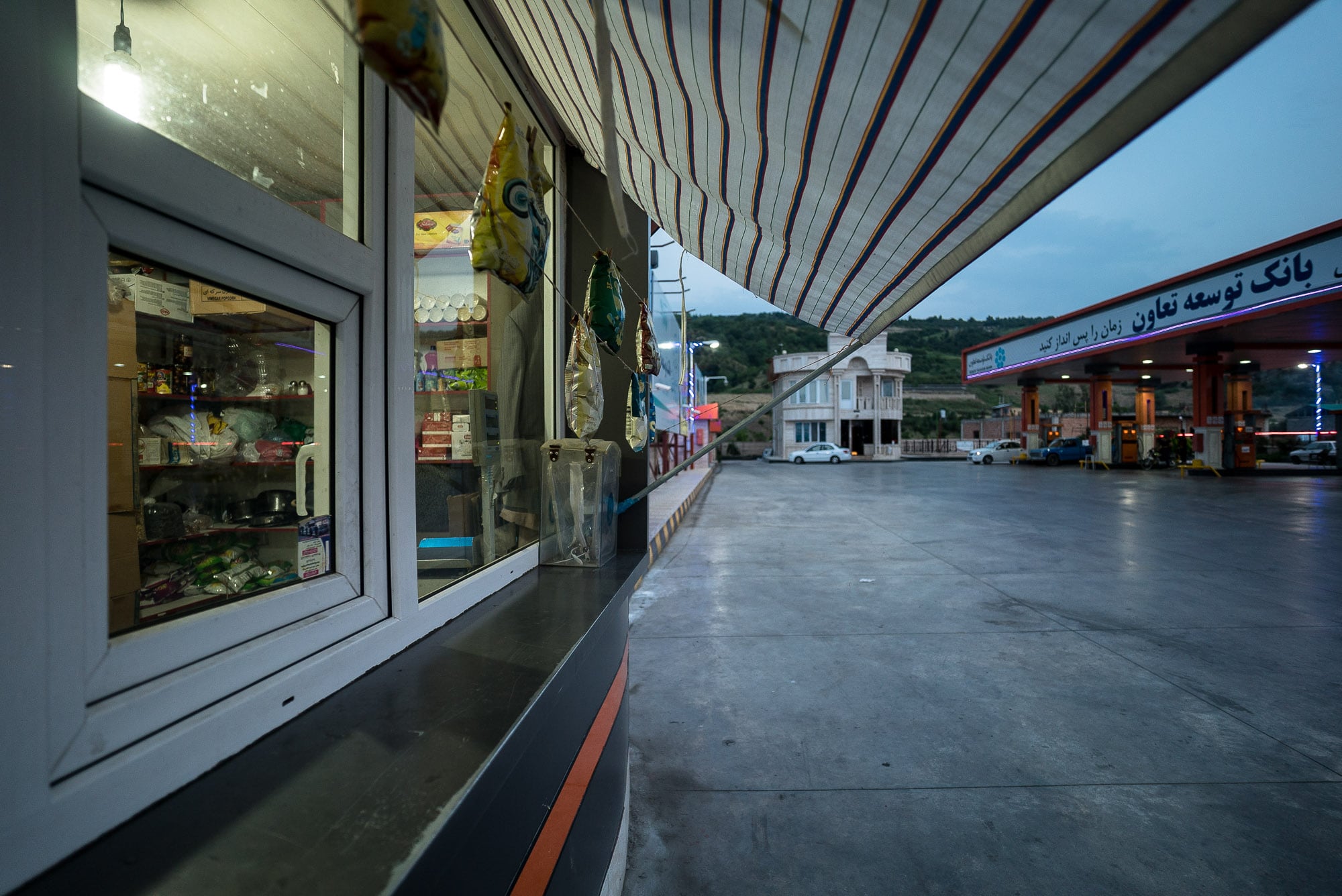 I was still tired from the night before. I didn’t want to walk forty kilometers in a day. And with the darkness and the traffic, it really wasn’t very nice.

I arrived in Behshahr at ten – weary, hungry, and angry.

Day 1122
from Bandar Gaz to Behshahr