I woke up in pain. It was good, full-body pain, so I wasn’t alarmed. Also, my foot hurt, but not too much.

So I decided to do another 40k and walk all the way to Gorgan in one day.

When I left the hotel I noticed this: 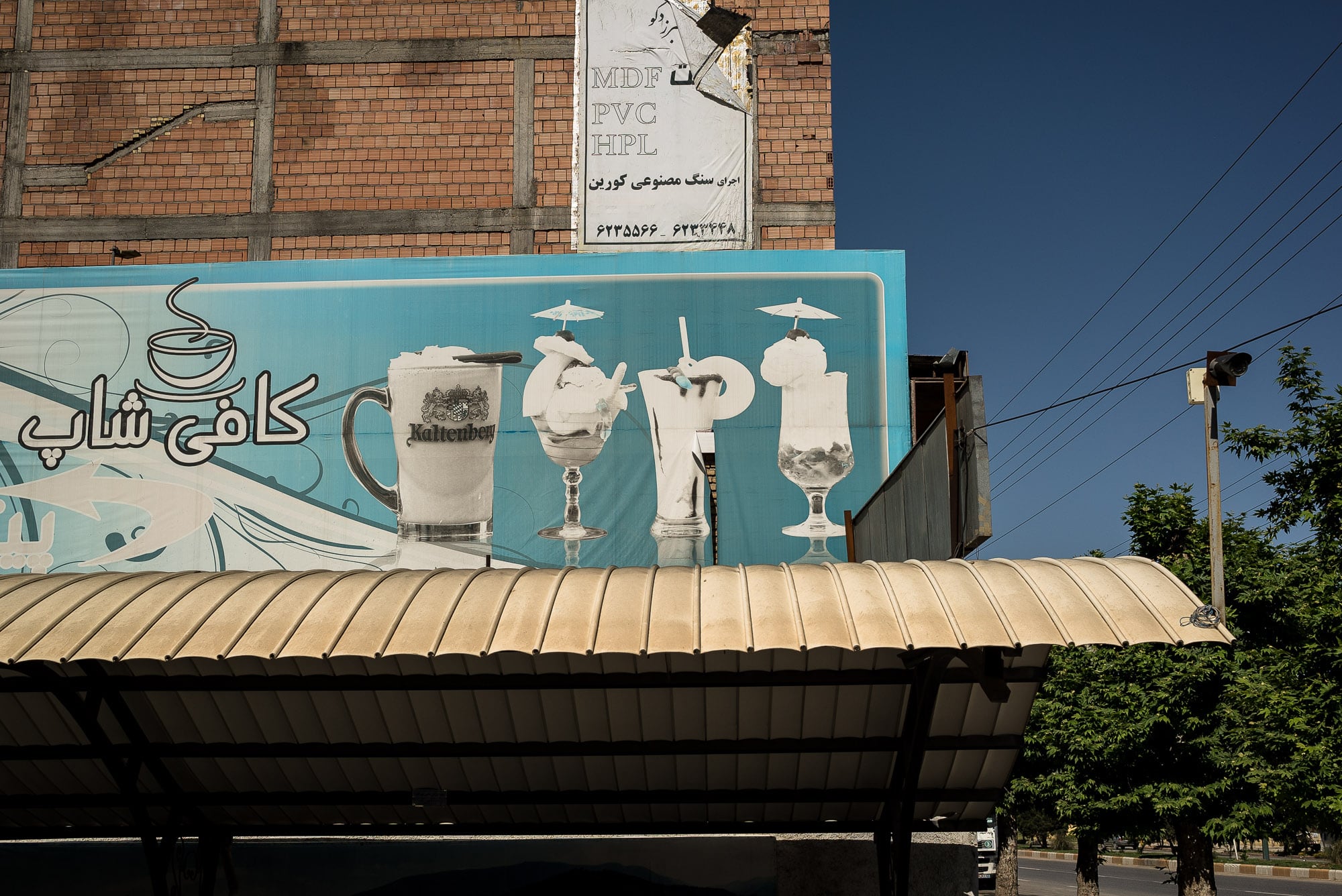 In a country that had outlawed alcohol, cocktail glasses and beer mugs were being filled with ice-cream. Maybe all the people really wanted was to have a drink, though?

I also noticed this: 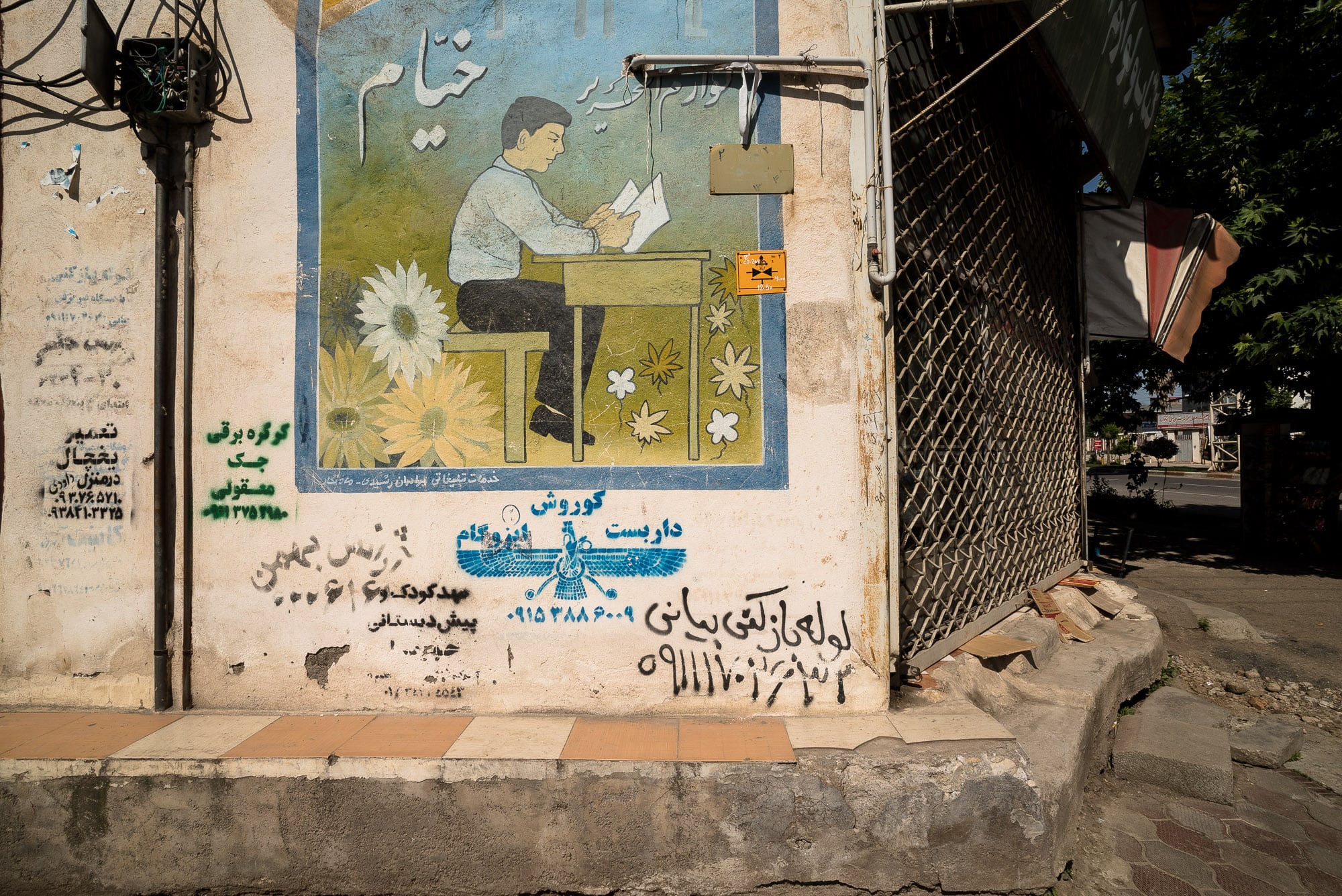 A mural reminding me strongly of Chinese Communist propaganda. And under it, a Zoroastrian graffito. I wasn’t sure what to make of it.

And then there was this: 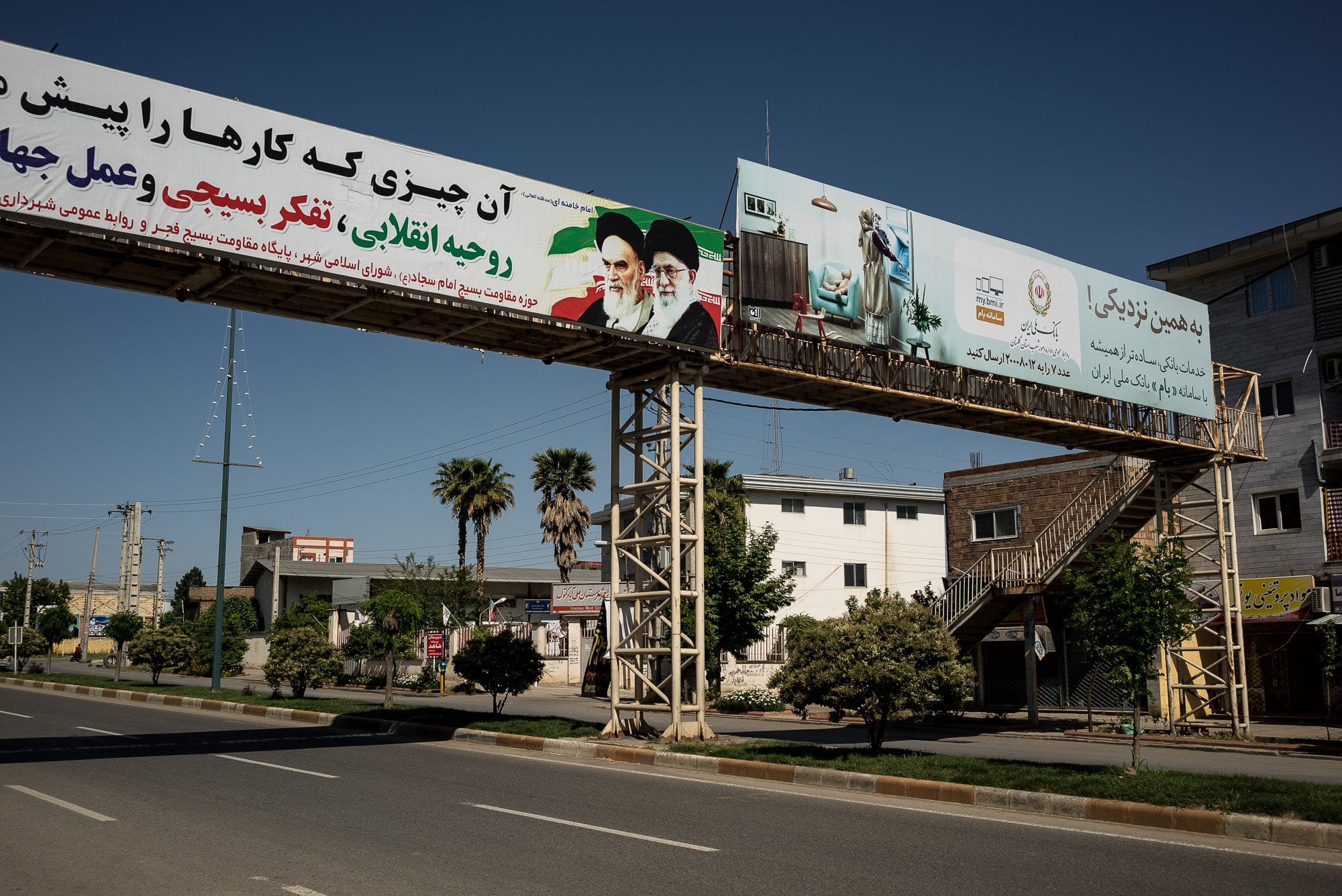 They were everywhere – two old, bearded men looking down from posters and murals on every corner. There was a strange sense of intimacy between them.

Not being able to speak the language meant that many things remained a mystery to me: 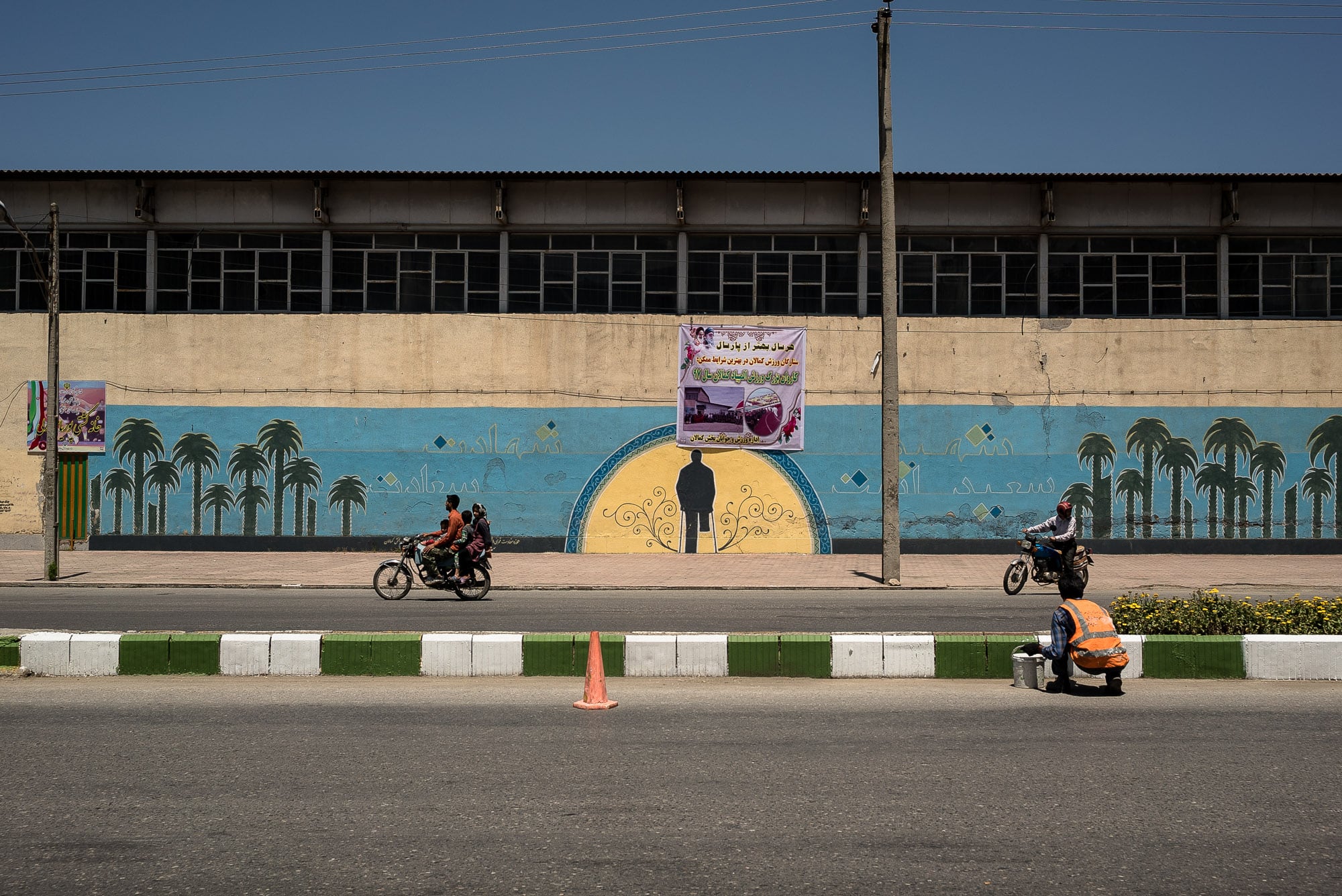 Like this propaganda mural of a one-legged silhouette in front of what I figured was a gigantic sunset. Did it have to do with war veterans? What were the palm trees for?

I passed a river that had almost dried up: 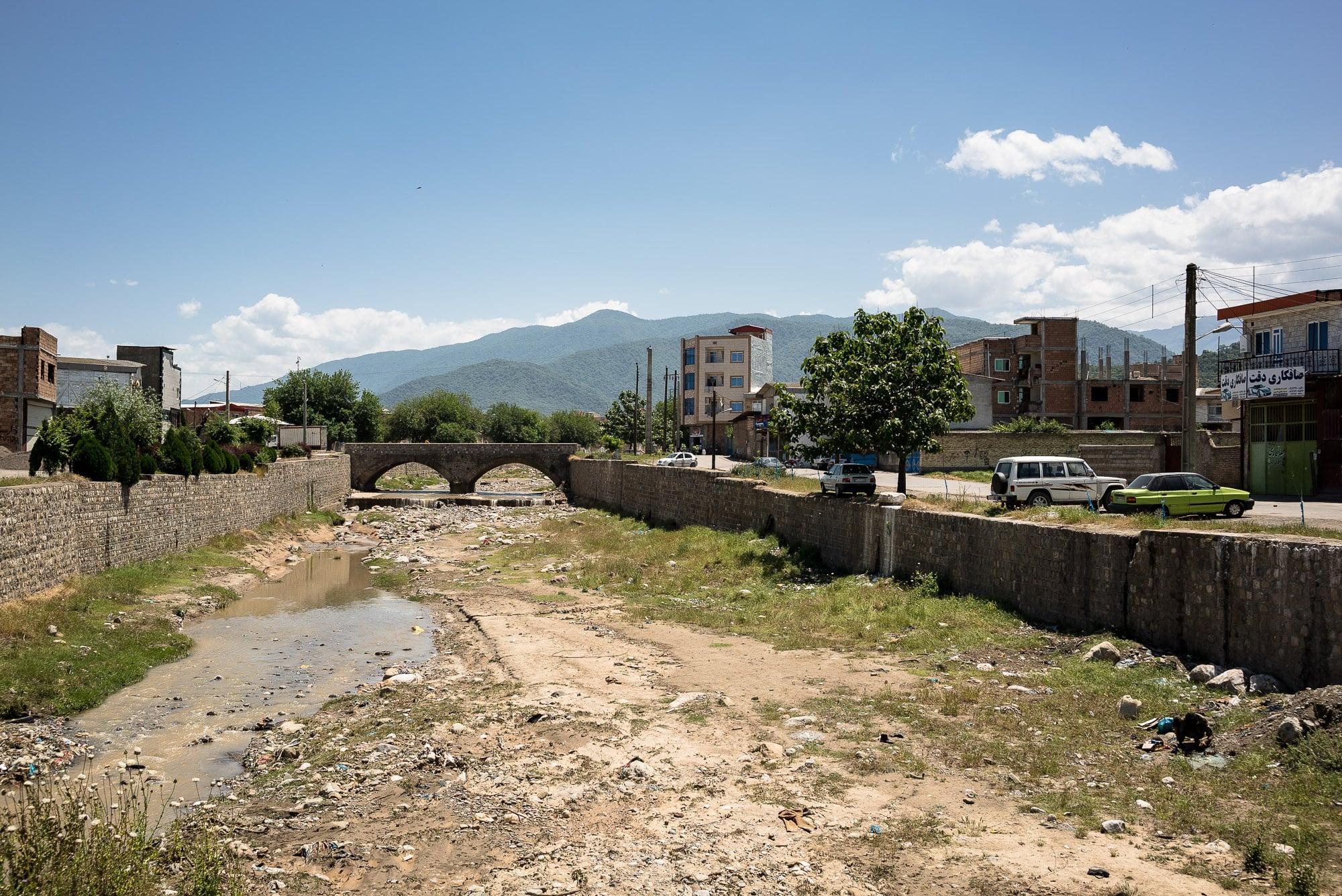 And when I noticed this samovar in front of a roadside shop, I touched it to make sure if it was hot or not: 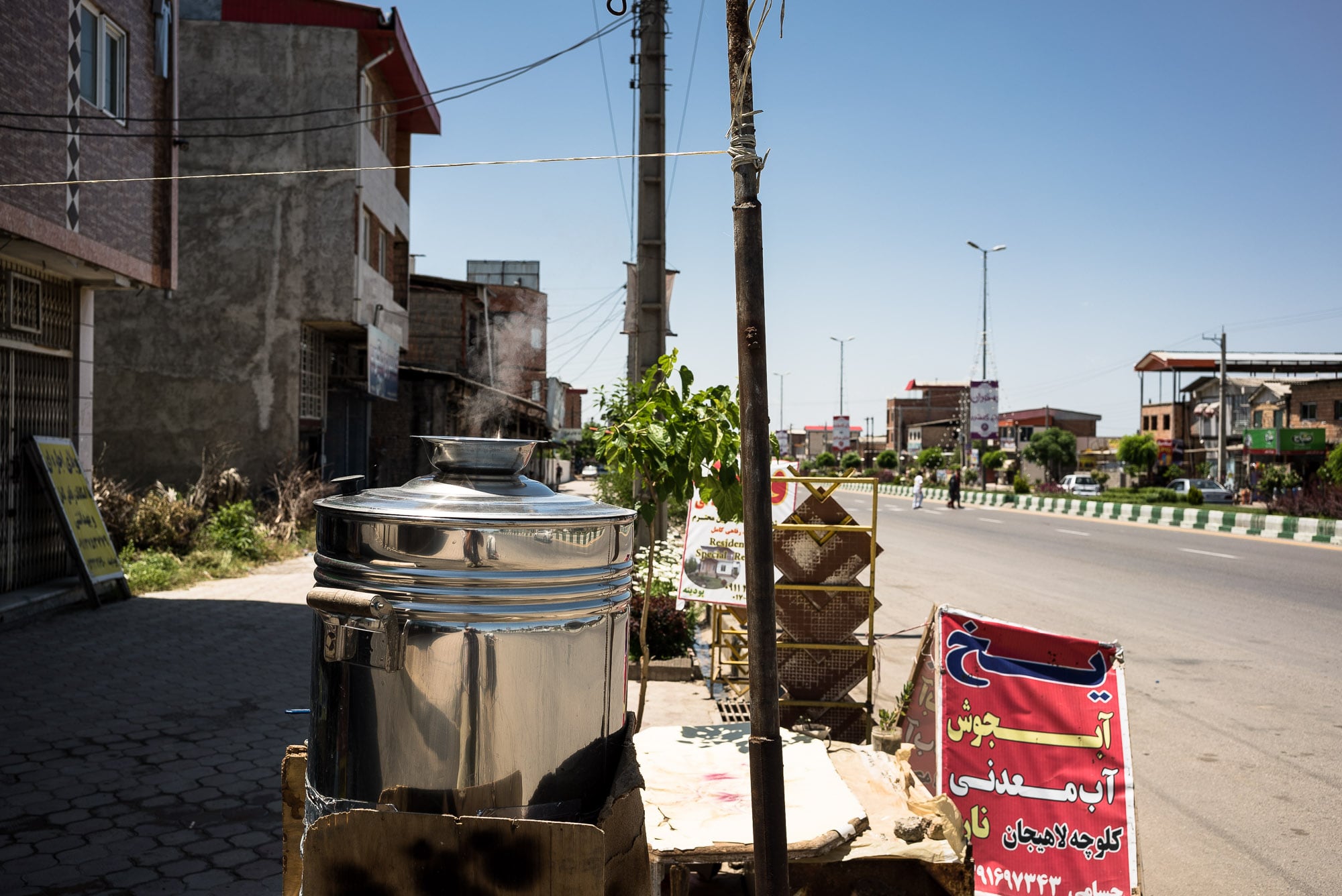 Like all the other samovars on my way, it was hot, which meant that people were getting hot water during the day, in spite of Ramadan.

I took a late lunch break with some hammock time and two eggs and some bread in this little forest: 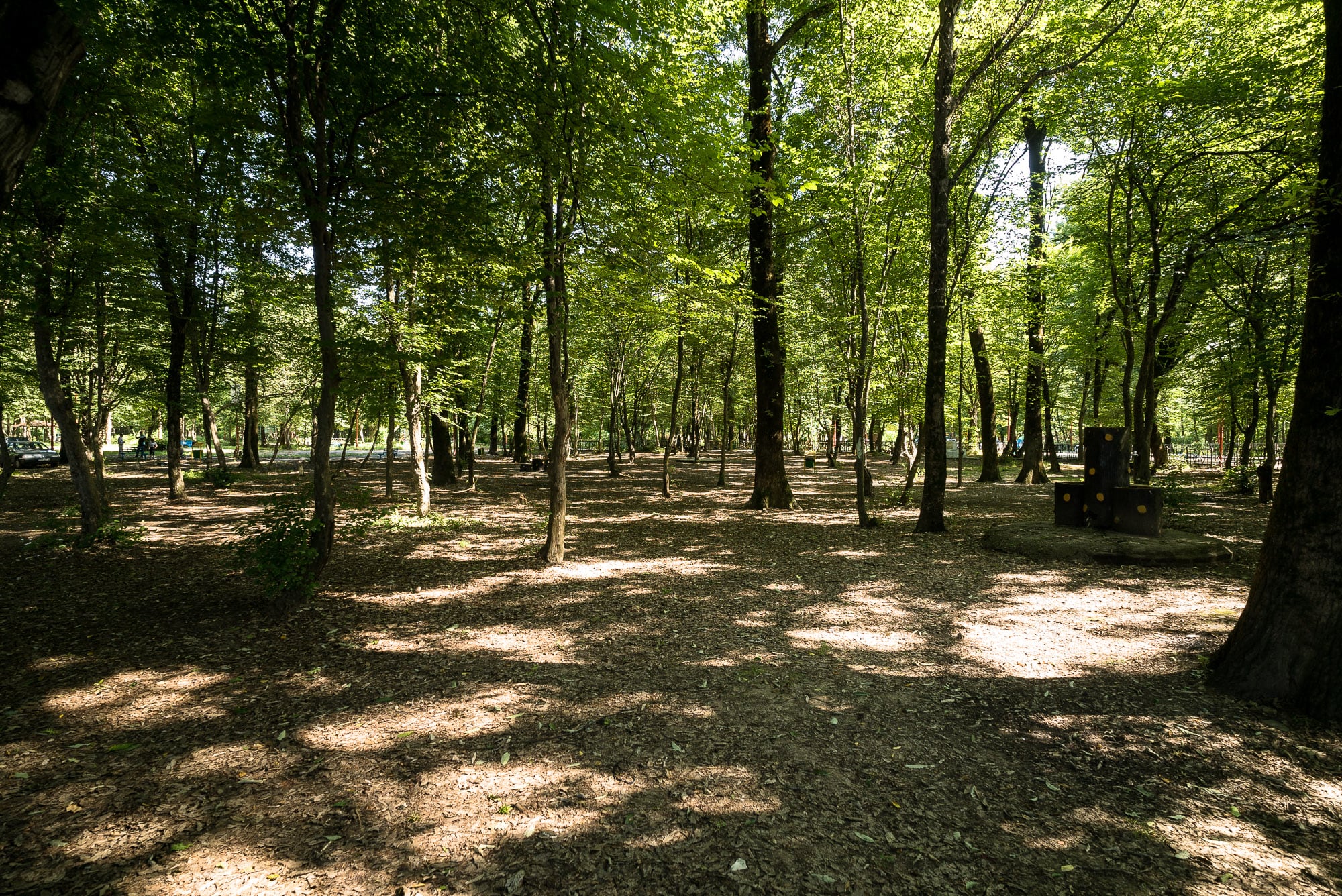 Then I continued walking. The landscape was beautiful: 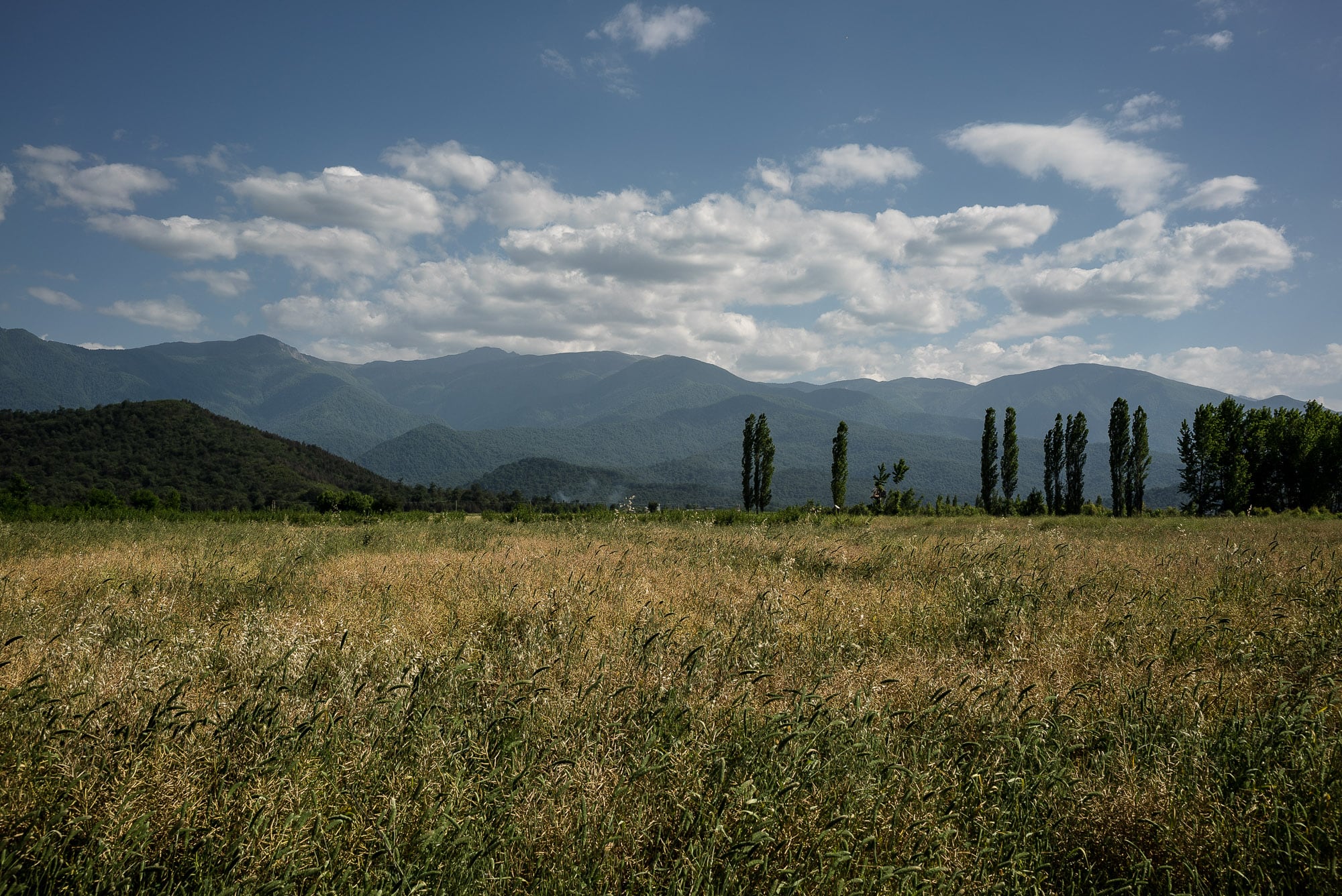 But walking became increasingly difficult. I was tired and sore, and my right foot hurt more than the left one did. It was annoying. So I had a hard time enjoying the rice paddies I saw along the way: 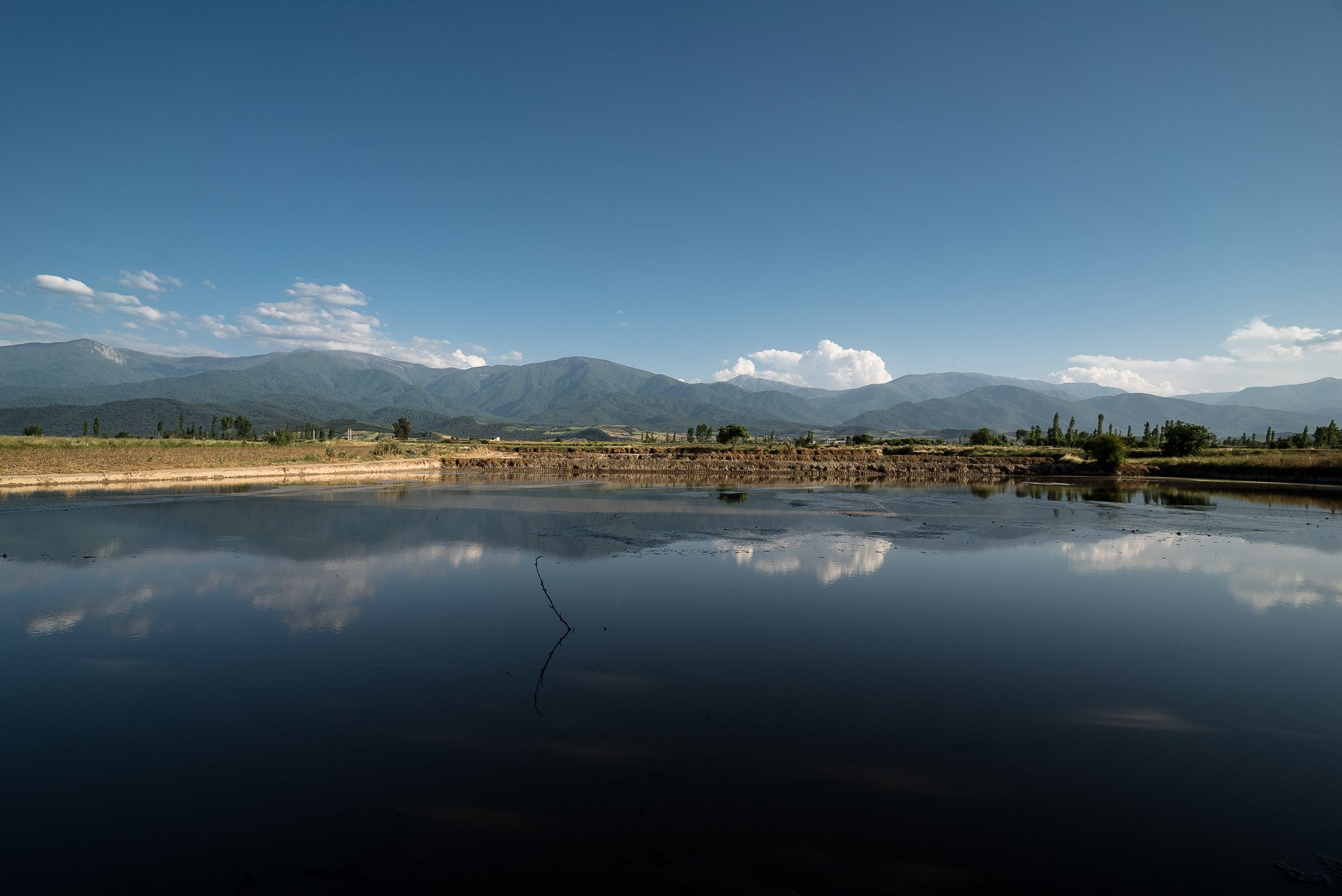 I had dinner of canned vegetables and a bottle of lemonade in front of this shop, and the people there cheered me up a bit: 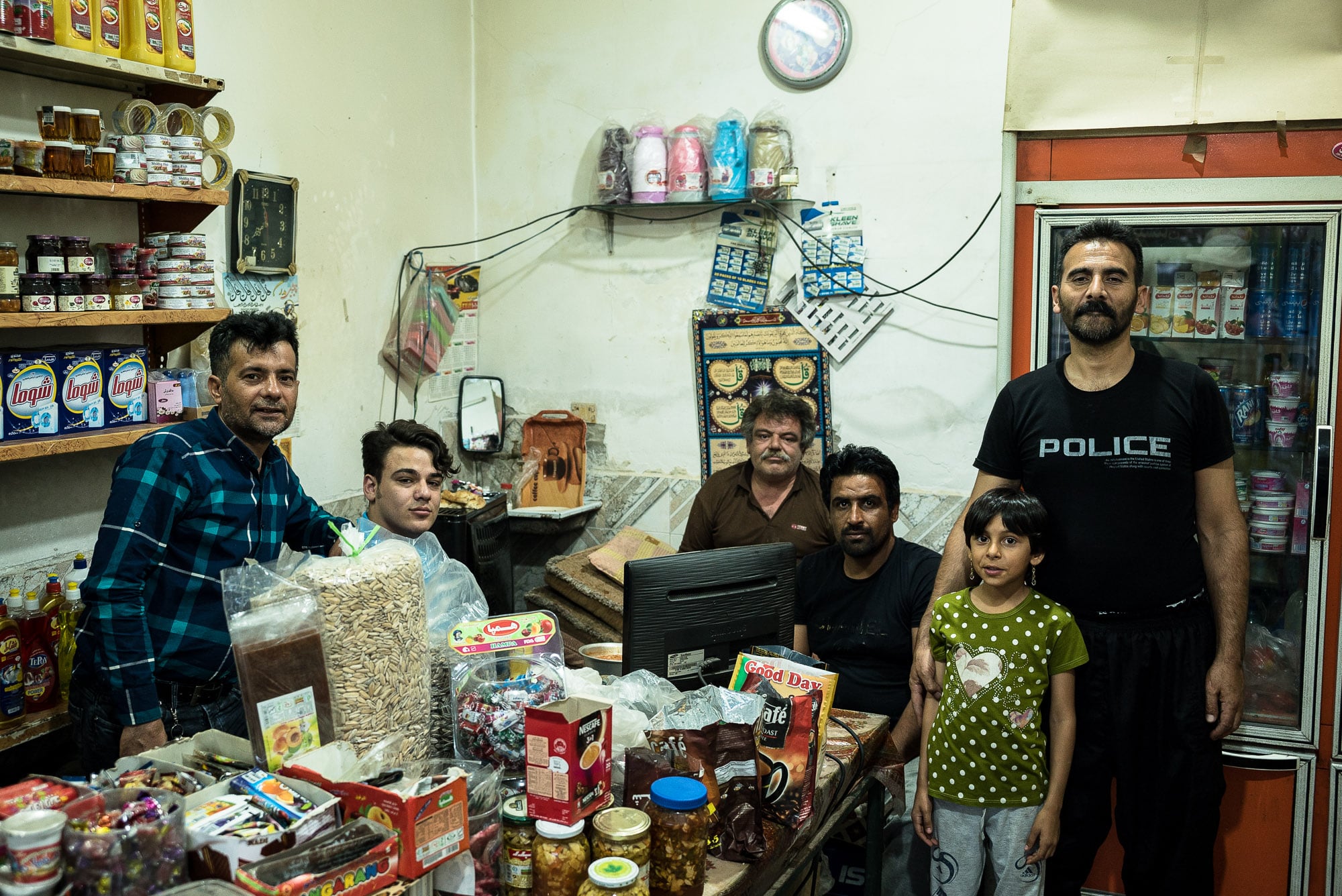 It took another hour until I entered Gorgan: 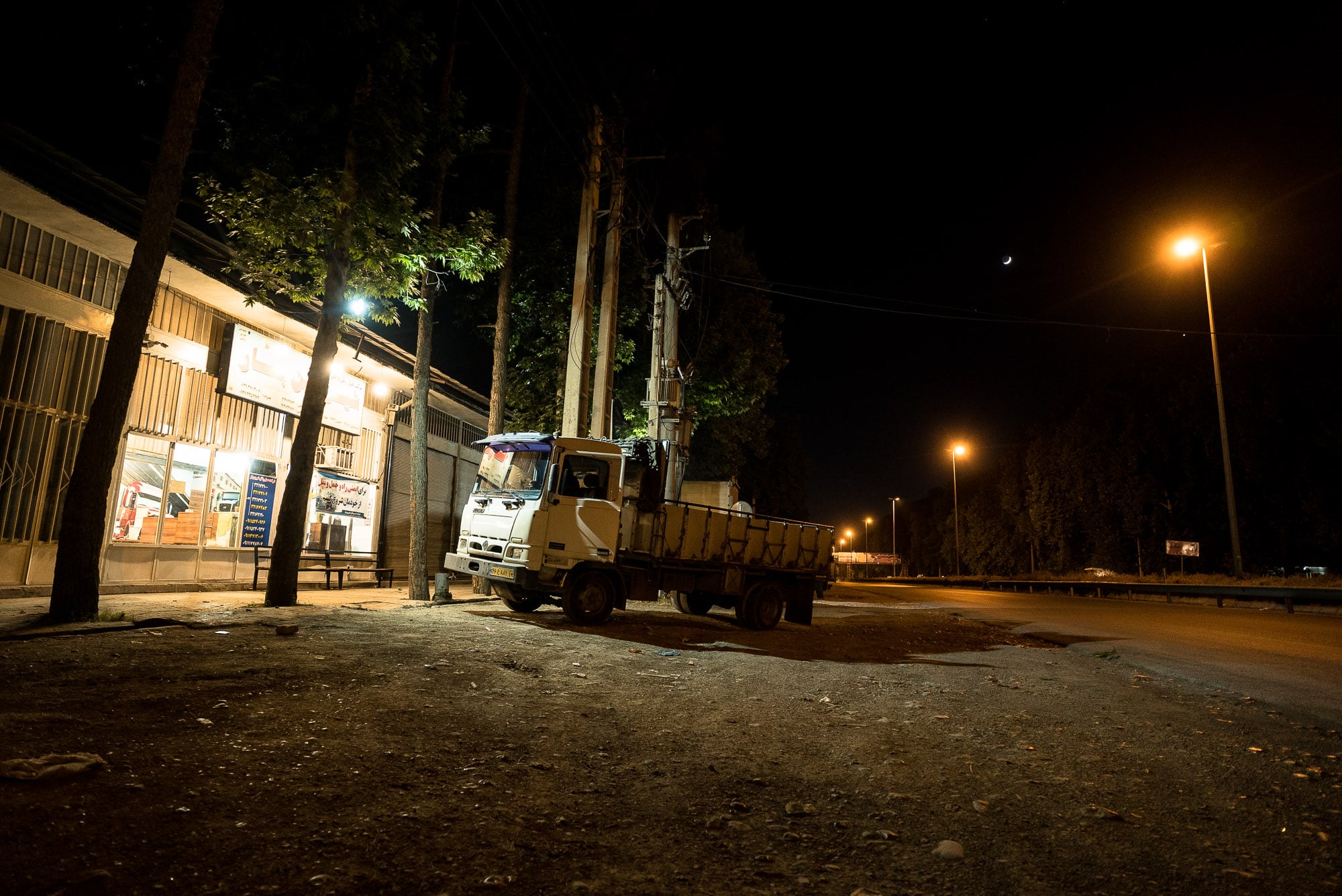 When I arrived in the outskirts of town, the street vendors were getting ready to close up and go home: 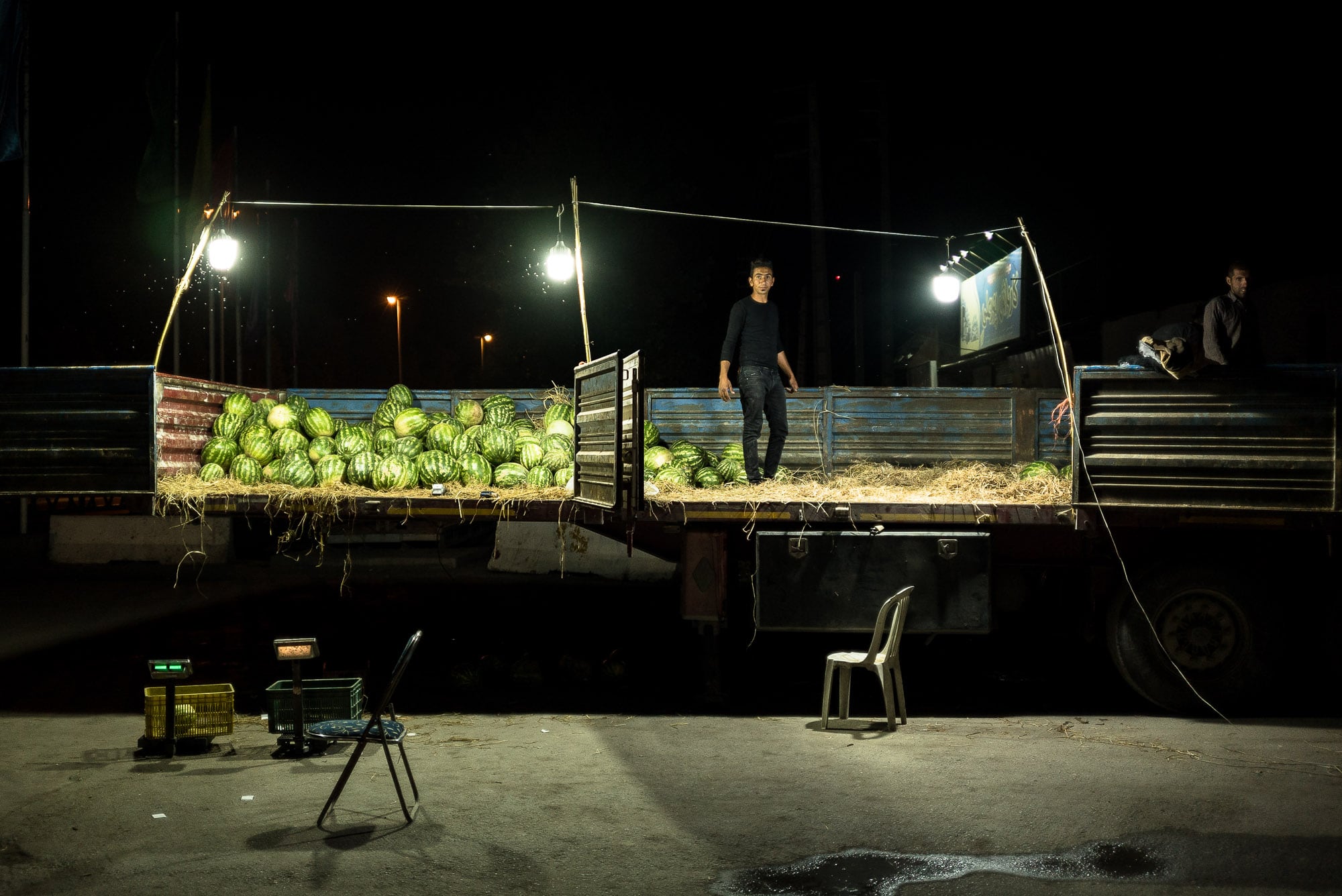 It was dark, and there weren’t that many people on the streets. I walked past a mini shop: 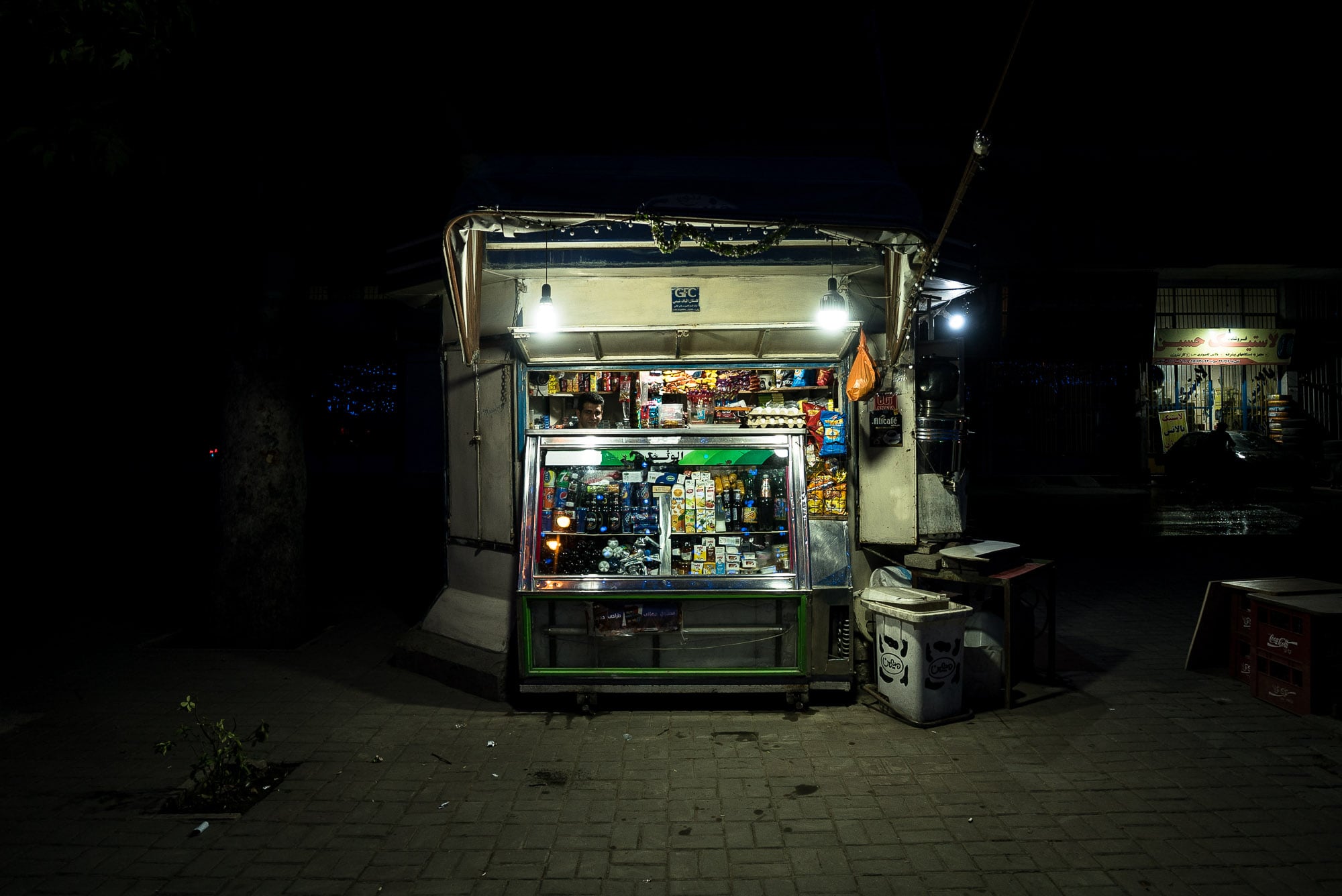 And a toilet shop: 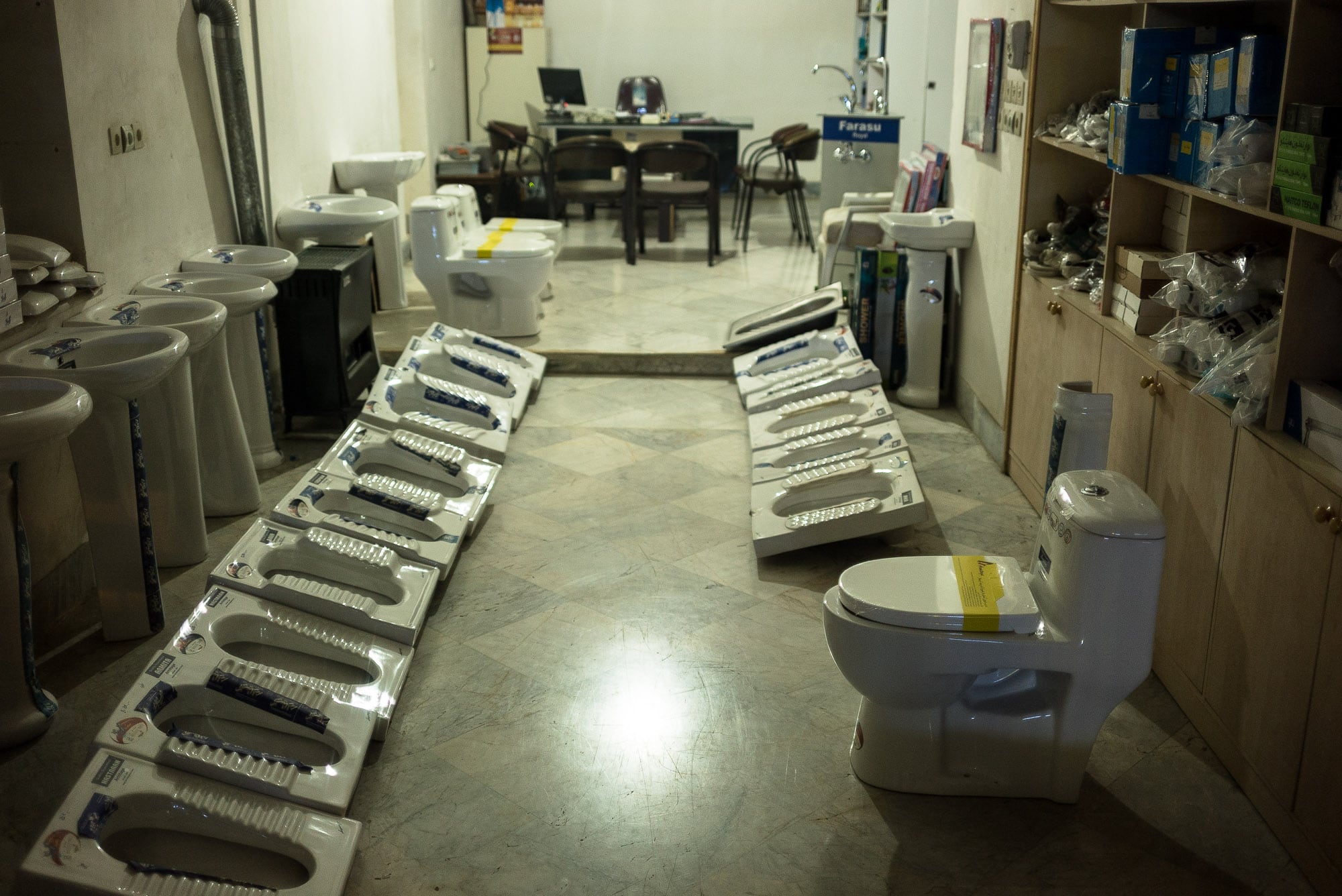 And as I was still contemplating how accurately the toilet shop had represented the actual distribution of toilets in Iran, I realized that I had arrived: 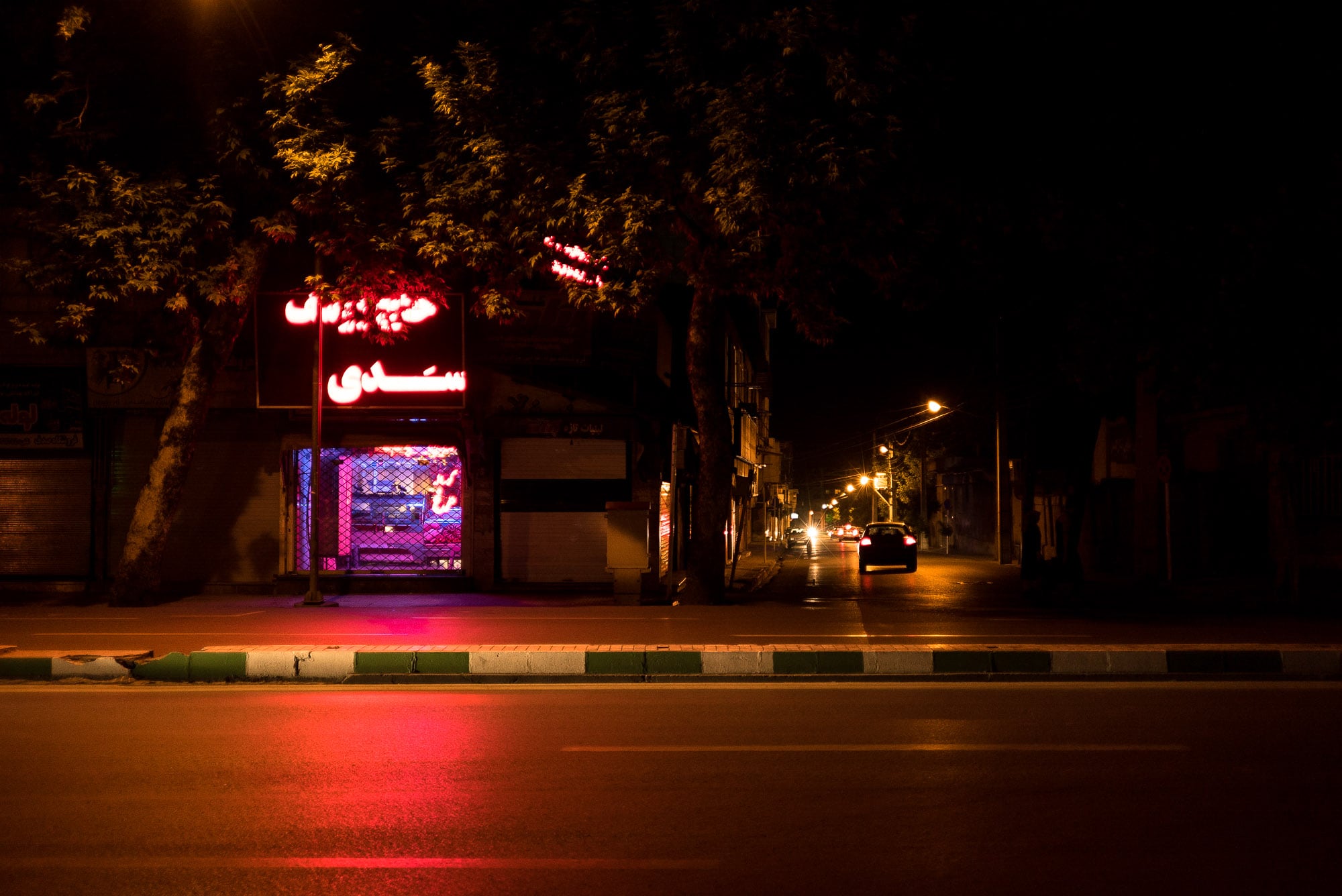 Finally, I was in Gorgan.

Day 1114
from Aliabad-e-Katul to Gorgan