Today was going to be a big day. First of all, it was the beginning of Ramadan, the month of fasting in Islam: people wouldn’t eat or drink as long as the sun was up. As I understood it, in Iran this was a mandatory thing for all able-bodied adult Muslims (who weren’t currently doing hard physical labor or exercising or traveling).

So I was a bit surprised when I came down to the breakfast hall of the hotel and saw that everything was just as usual: 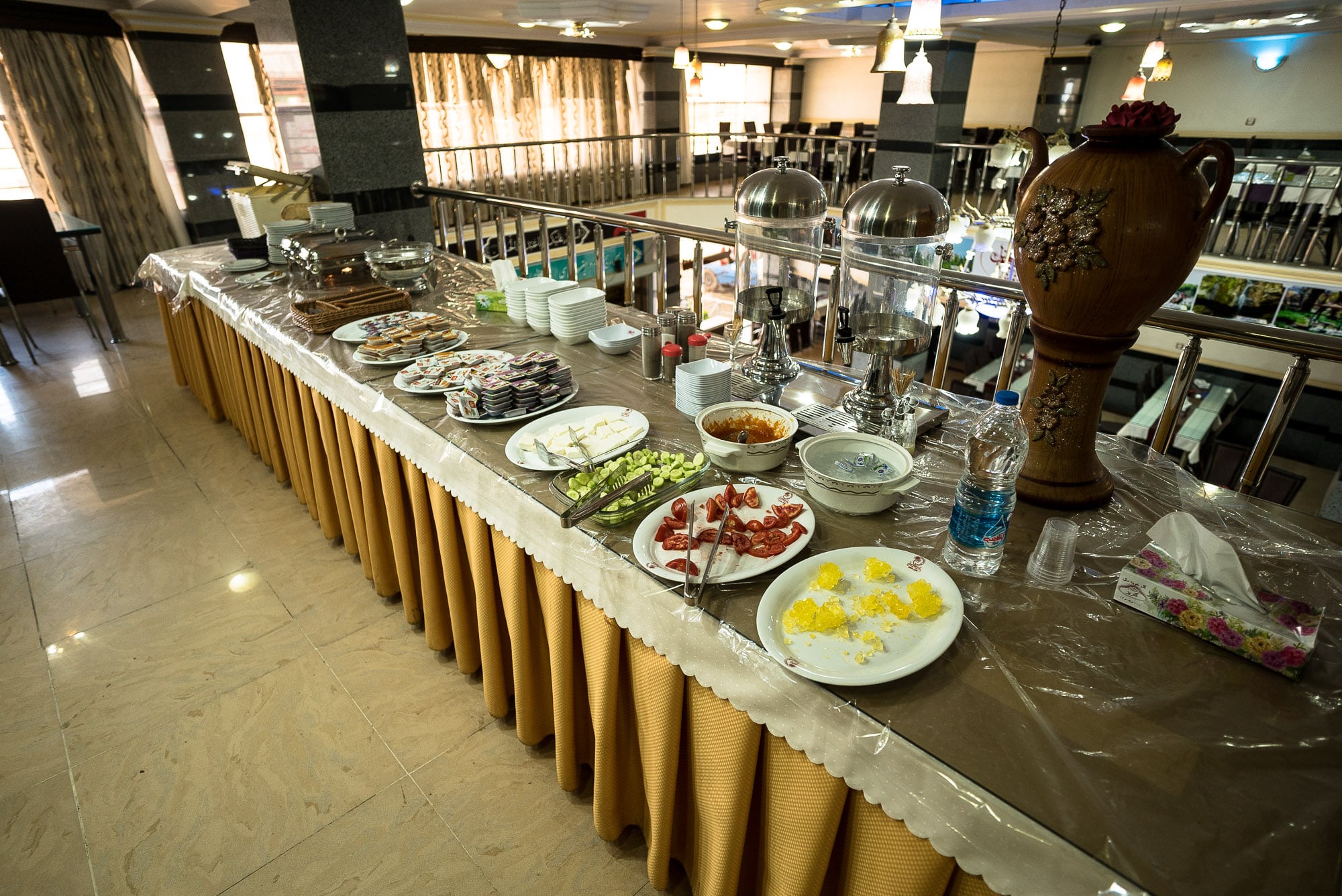 I figured that this was probably because of the exception for travellers.

Anyway, there was something else that made this day special for me: it was going to be a dancing day. I had done a little dance every time I completed another 1000km of The Longest Way. And today was going to be the 9000km dance.

Before I left the hotel, I wrote the number “17,6” on the back of my hand. It marked the dancing point. Then I got on my way, leaving Azadshar on the main road: 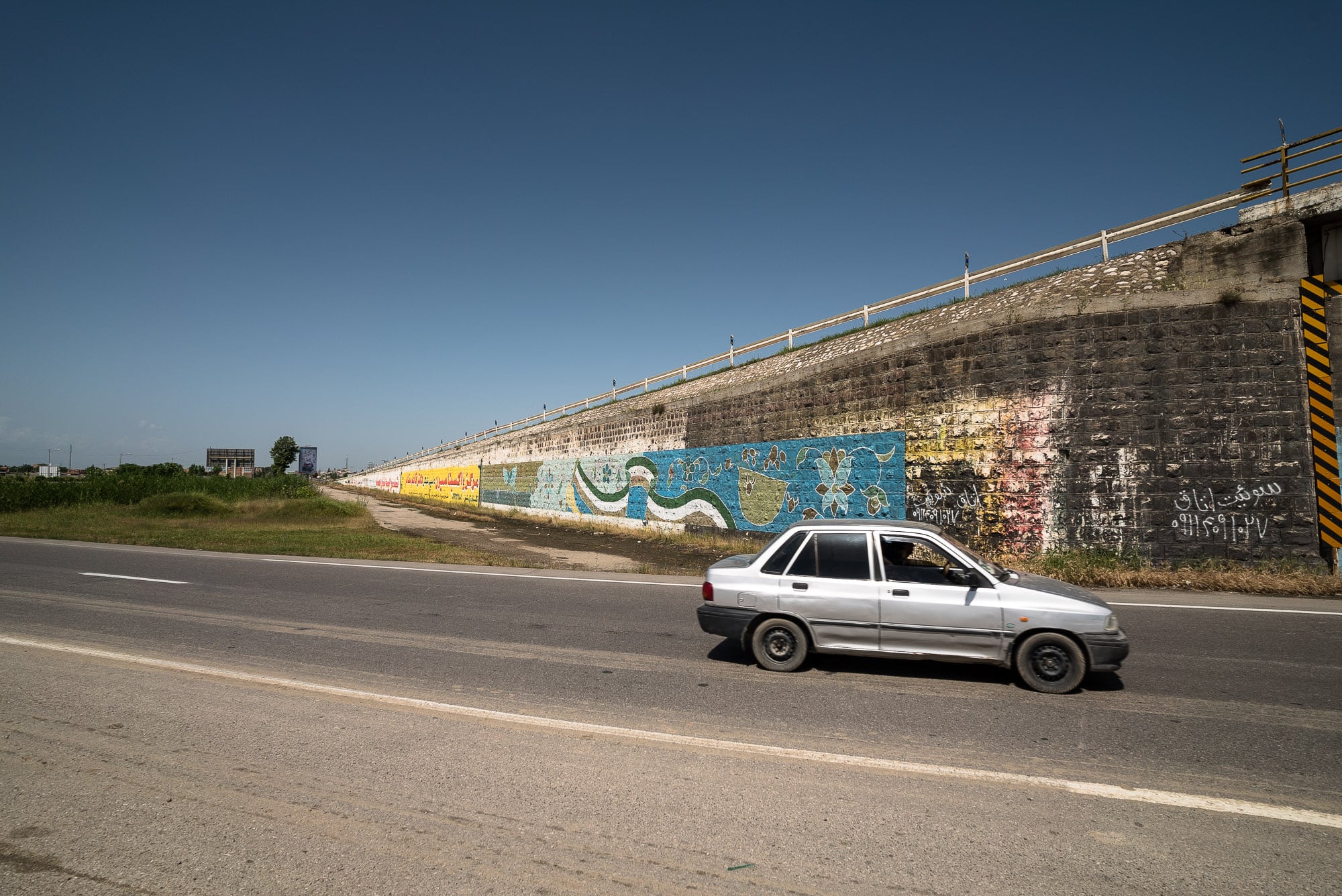 If you zoom in on the map at the top of the post, you can see a narrow path in the north, a secondary road that leads in the same direction of the highway. I was going to take that road, but three different people warned me not to go there. “Bad people”, said one. “Danger”, said another. And the third warning was very specific: “Bandits.”

So I stuck to the main road.

There were shops with people to talk to: 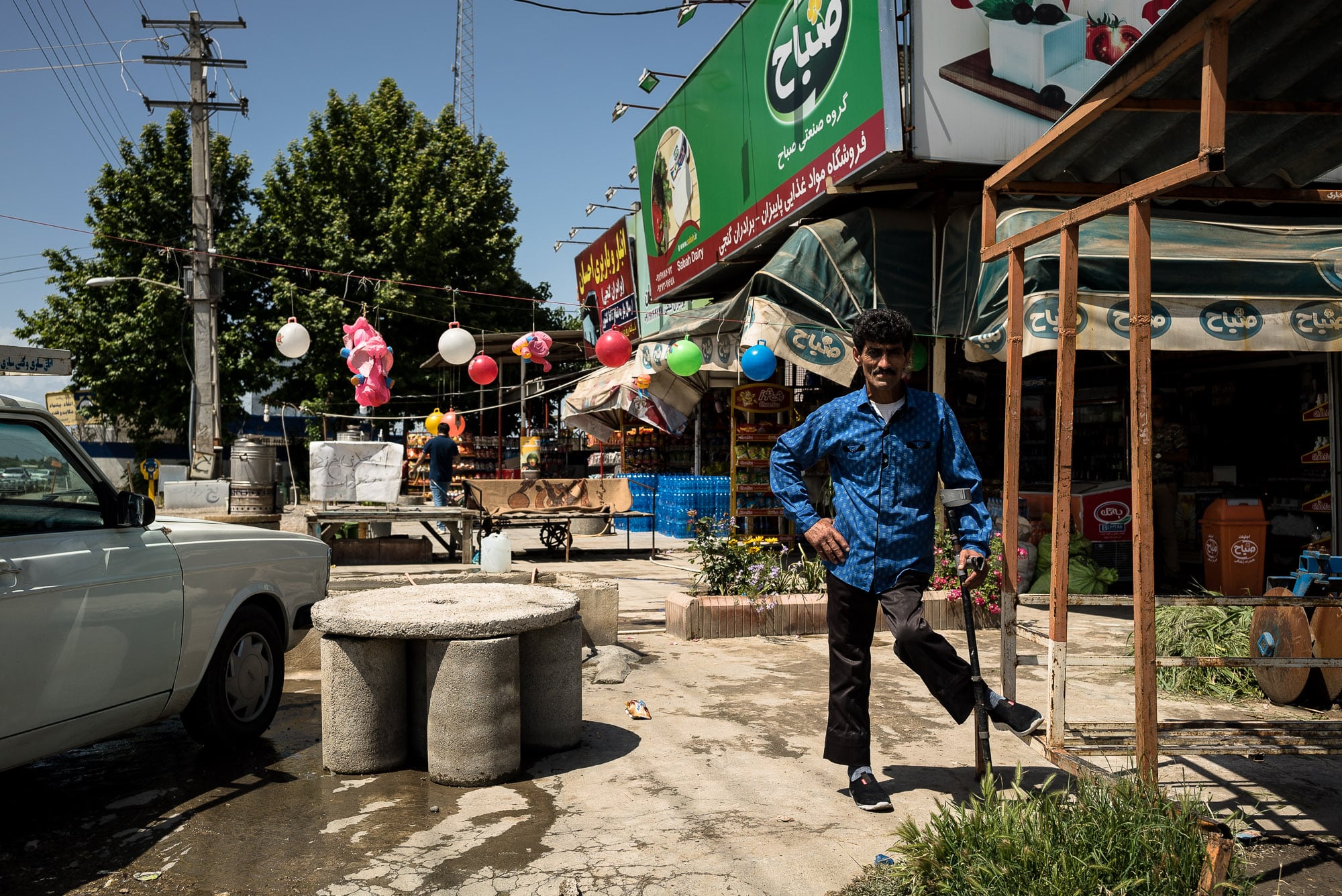 There was a graffito of what I figured was Trump: 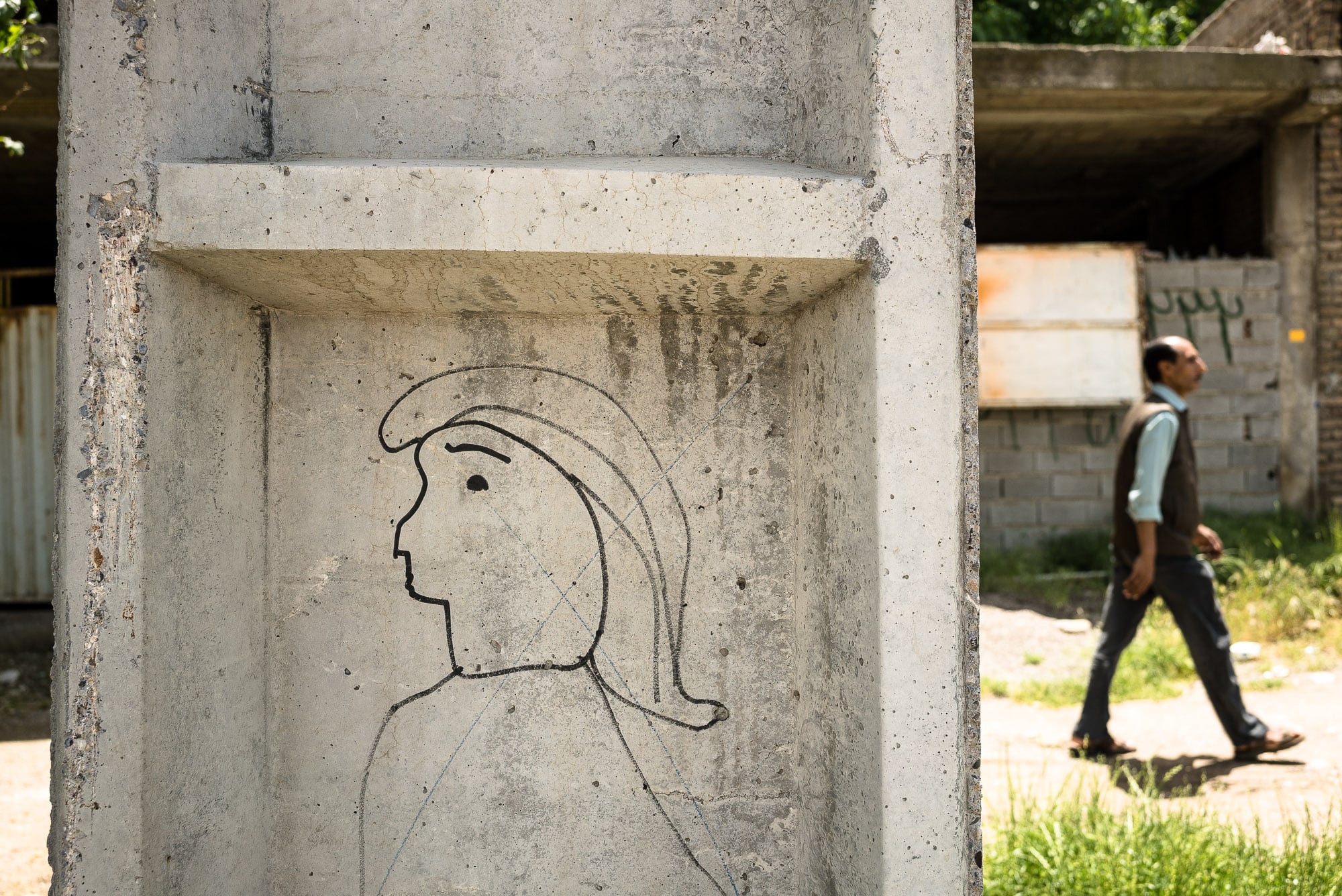 And there was the road, open and wide (though it was full of cars most of the time): 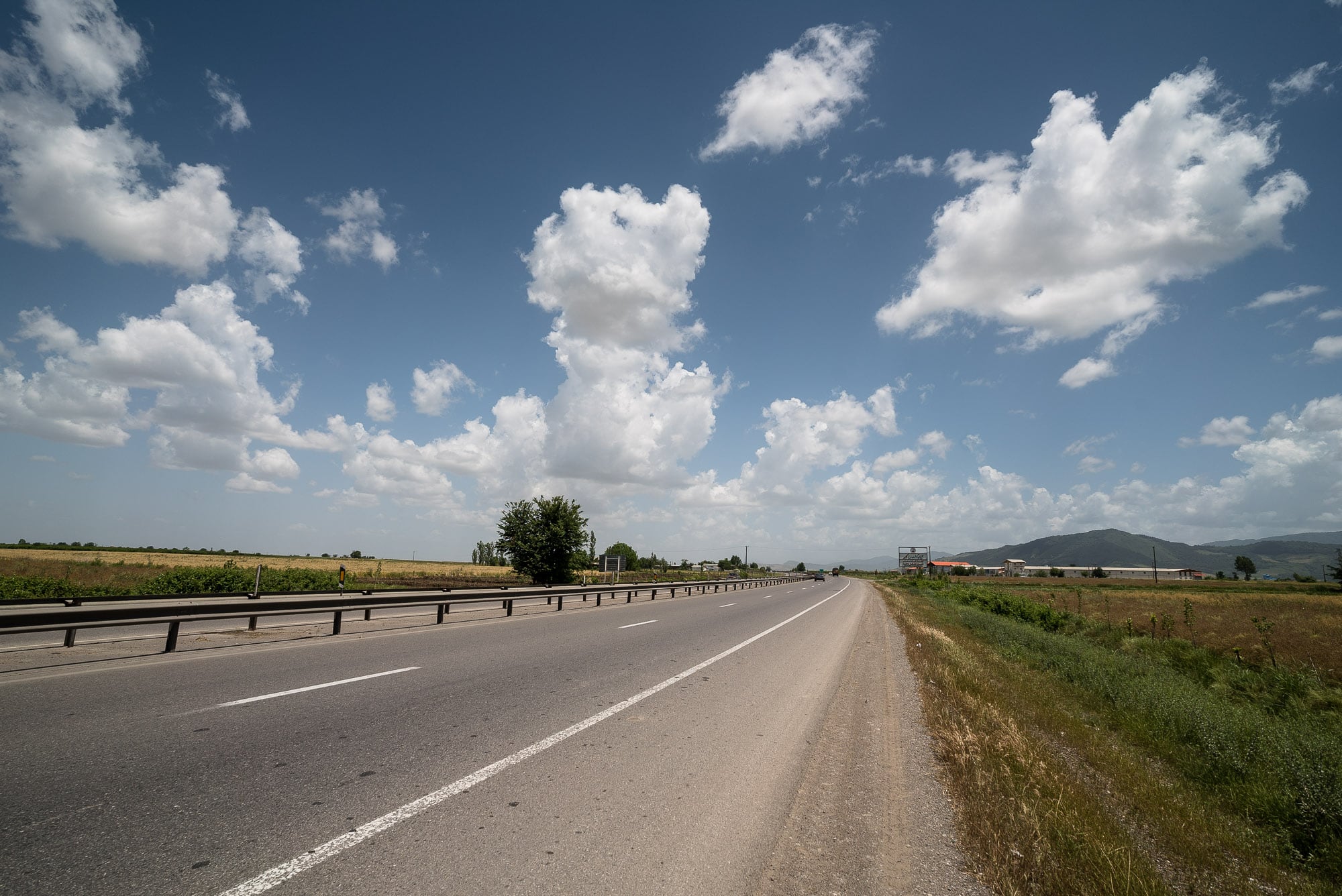 I saw a man relaxing on the roof of his truck: 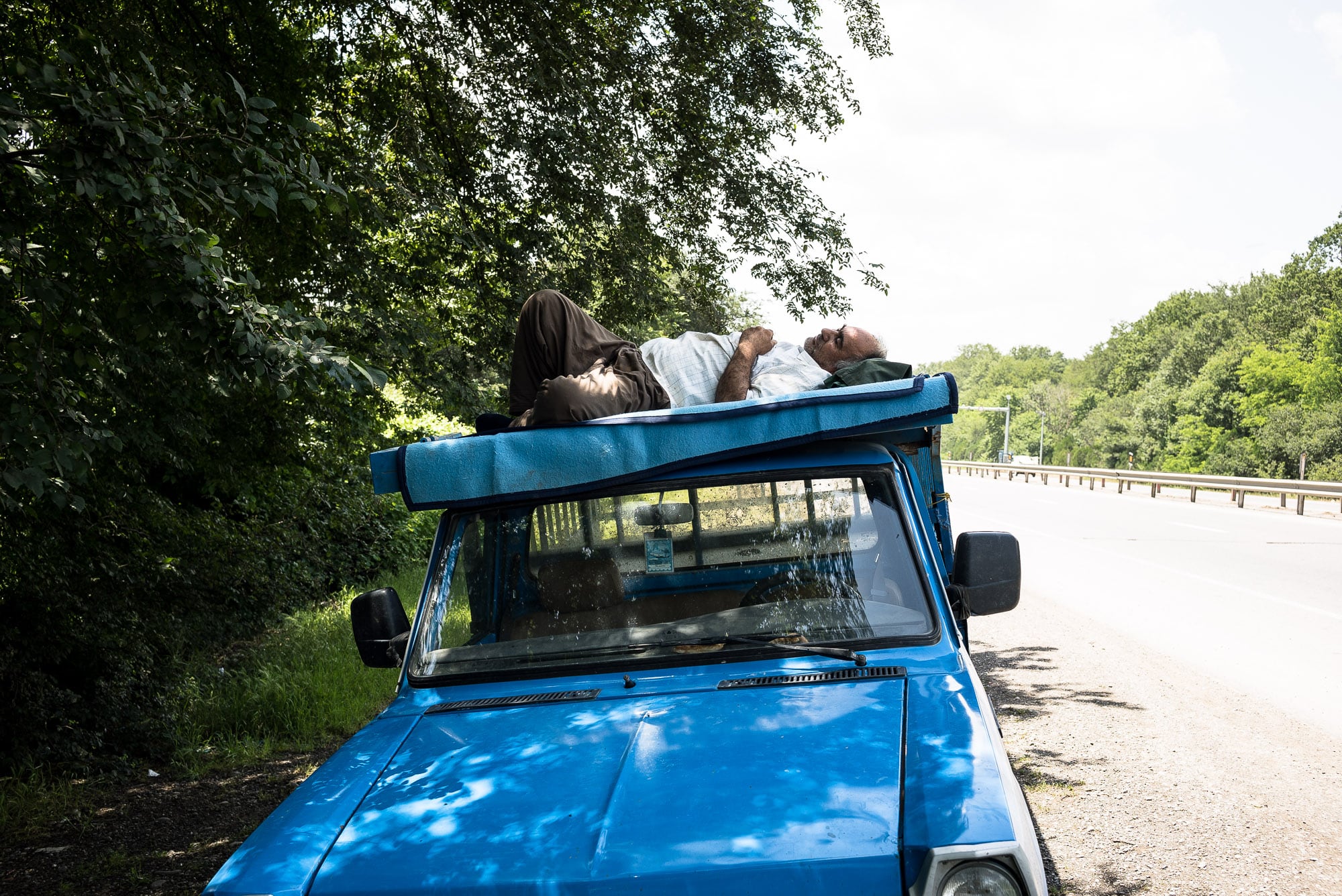 And I bought some sour pears from this gentleman: 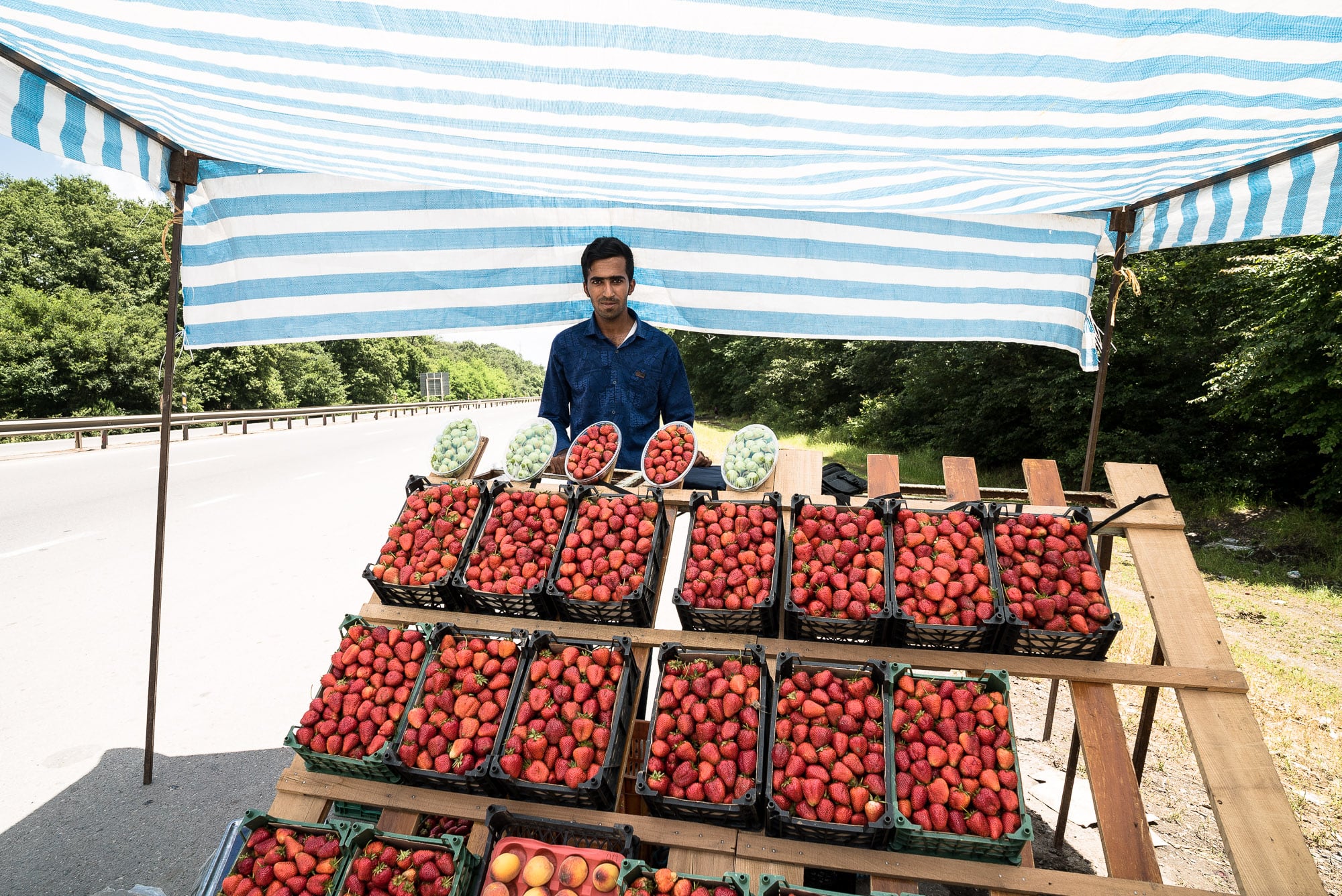 The 17,6km mark drew closer as I entered a little town on the way. There was a large mosque: 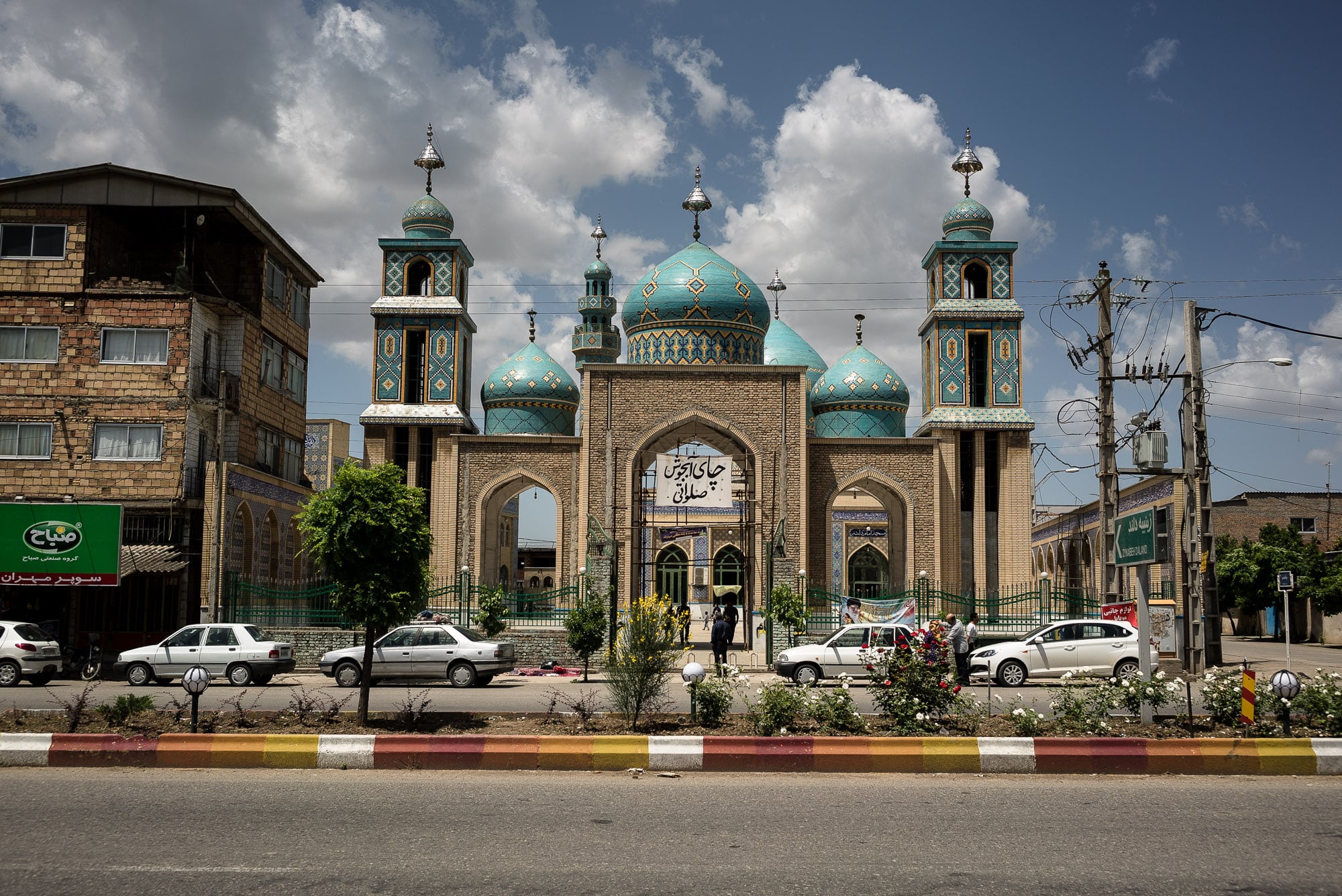 And there was a dude selling stuffed toys out of his car: 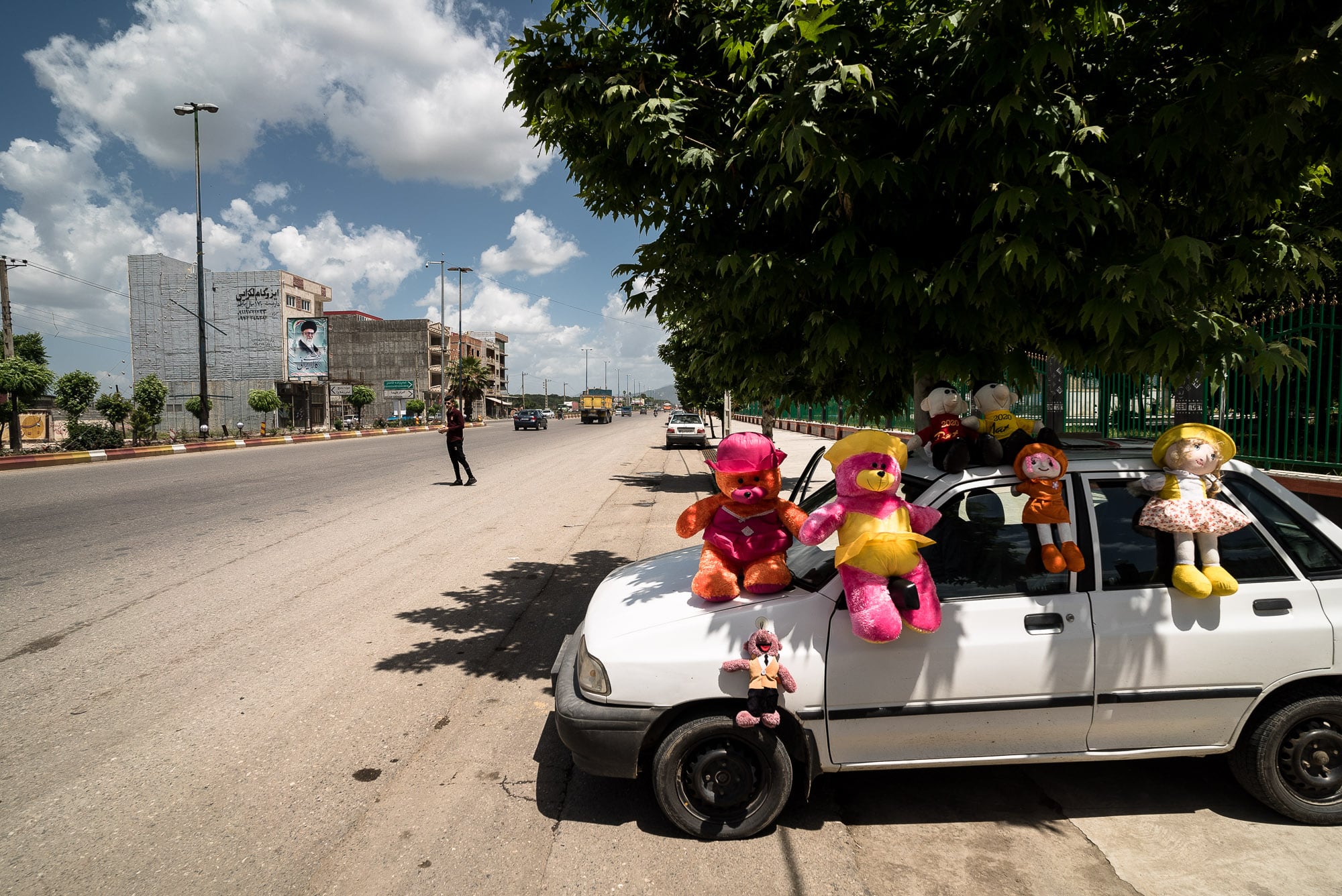 I somehow didn’t feel like dancing there (though in hindsight it would have been fun with the pink teddybears in the background), so I was happy when the 9000km dance happened outside of the little town. It wasn’t exactly a perfect place either, though: 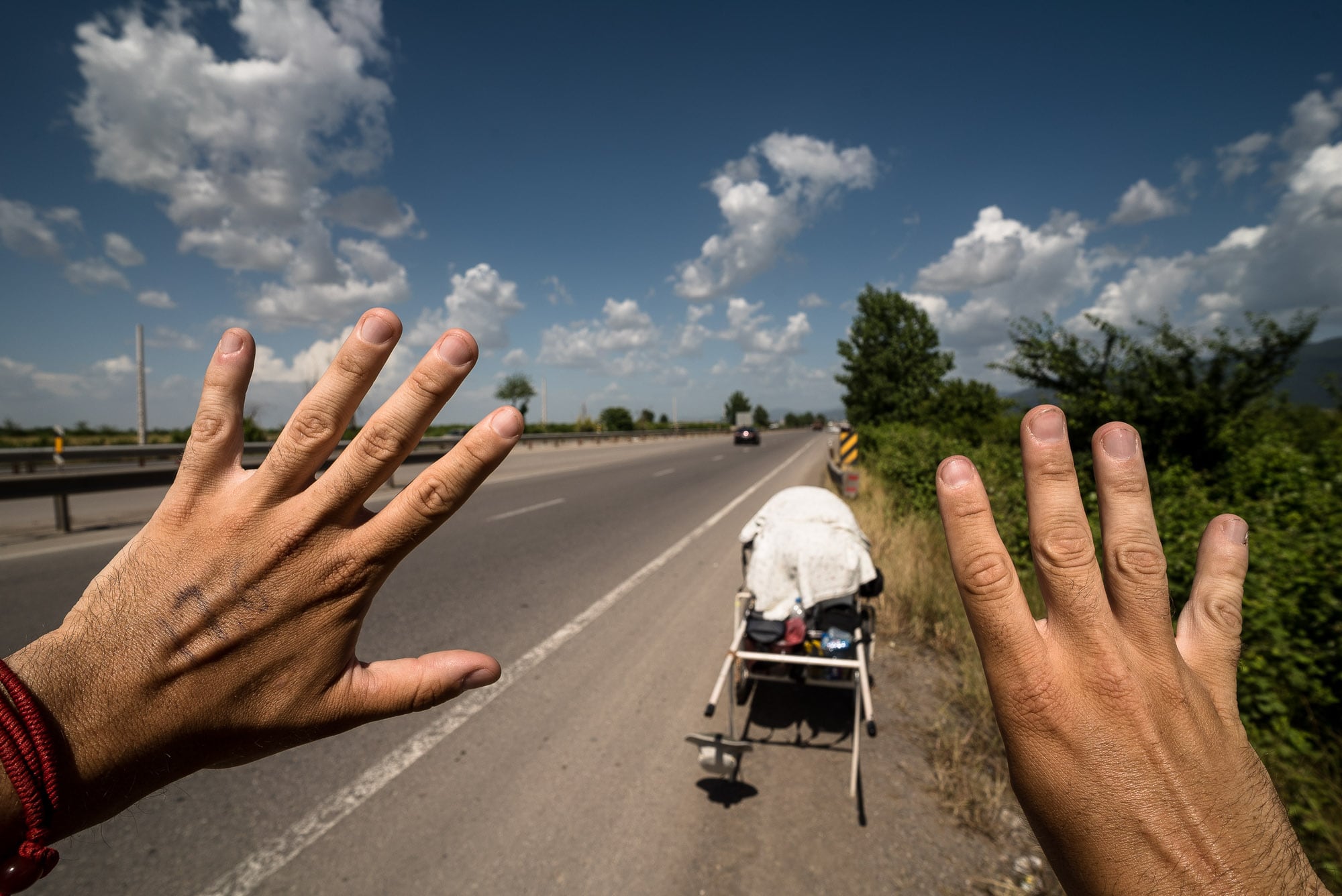 So anyway, here’s the dance:

I don’t know whether it was at this point or some time later that I decided to walk all the way to the next town called Aliabad-e-Katul. I had checked on the map, and there was a hotel there, which meant that if I were to walk all the way there in one day, I wouldn’t have to find a sleeping place in one of the villages.

The problem was just that Aliabad-e-Katul was 40km away from Azadshar, the town I had left in the morning.

I passed little dudes selling fruit on the side of the road: 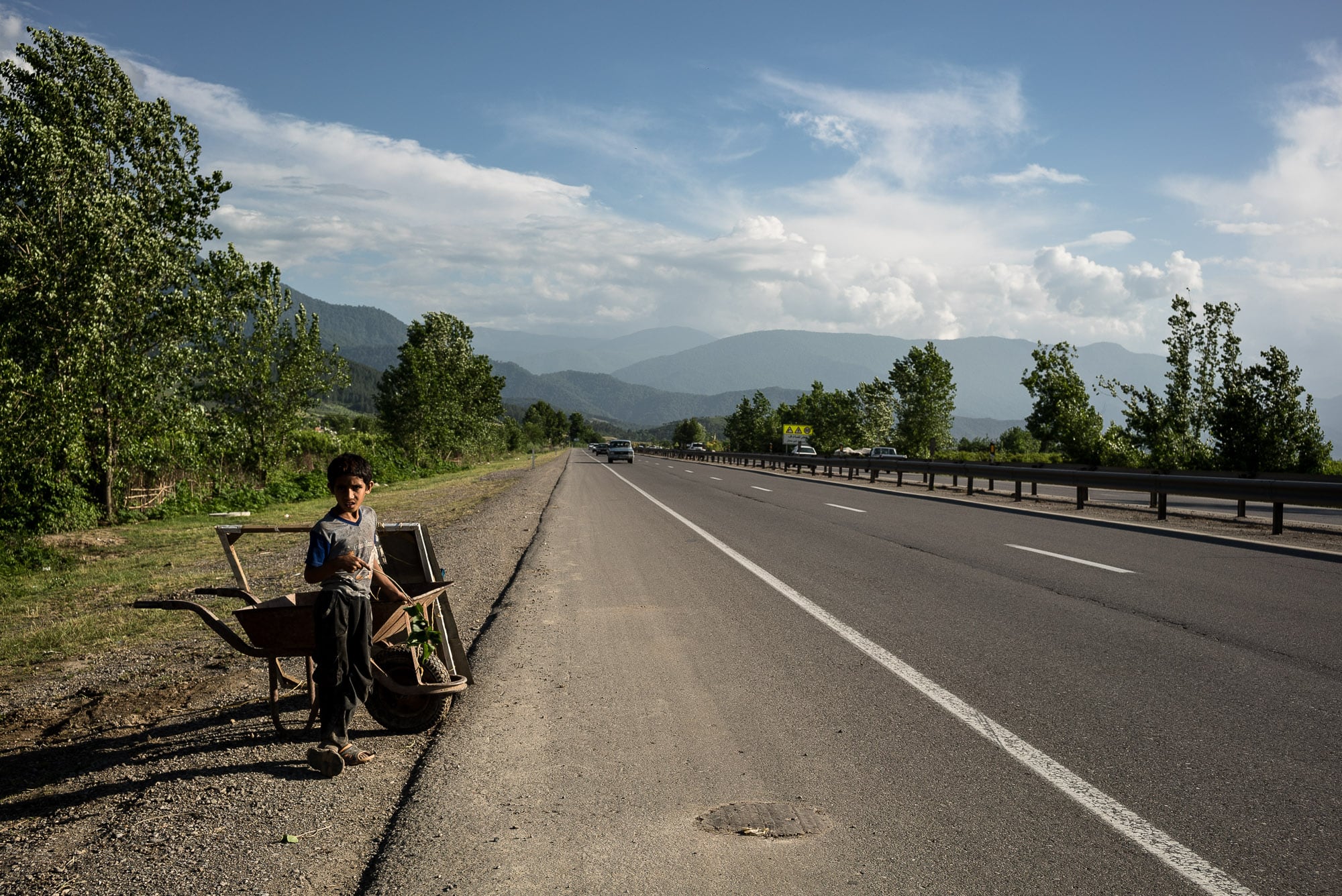 I passed the green hills of Golestan: 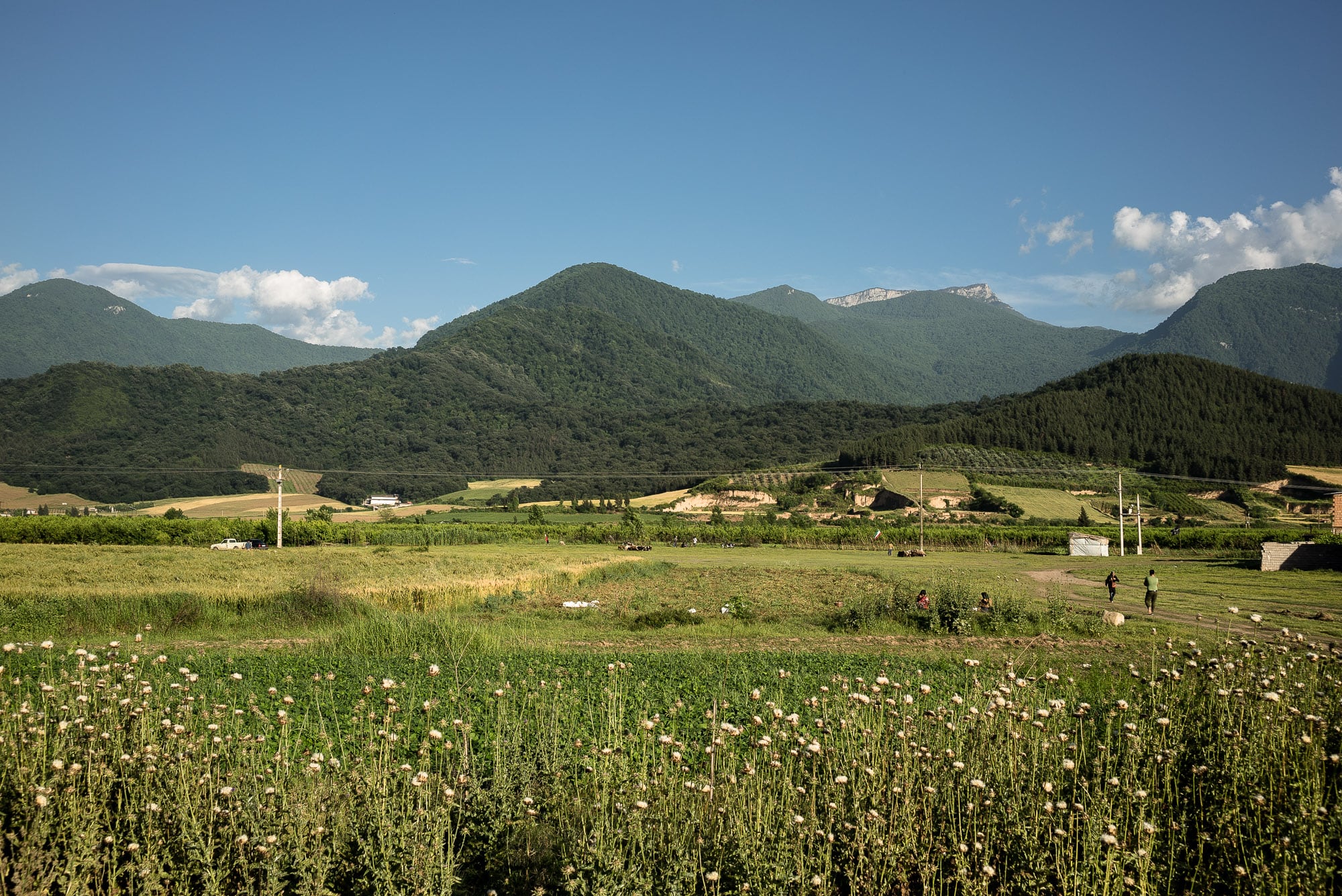 And I passed old gentlemen in traditional attire: 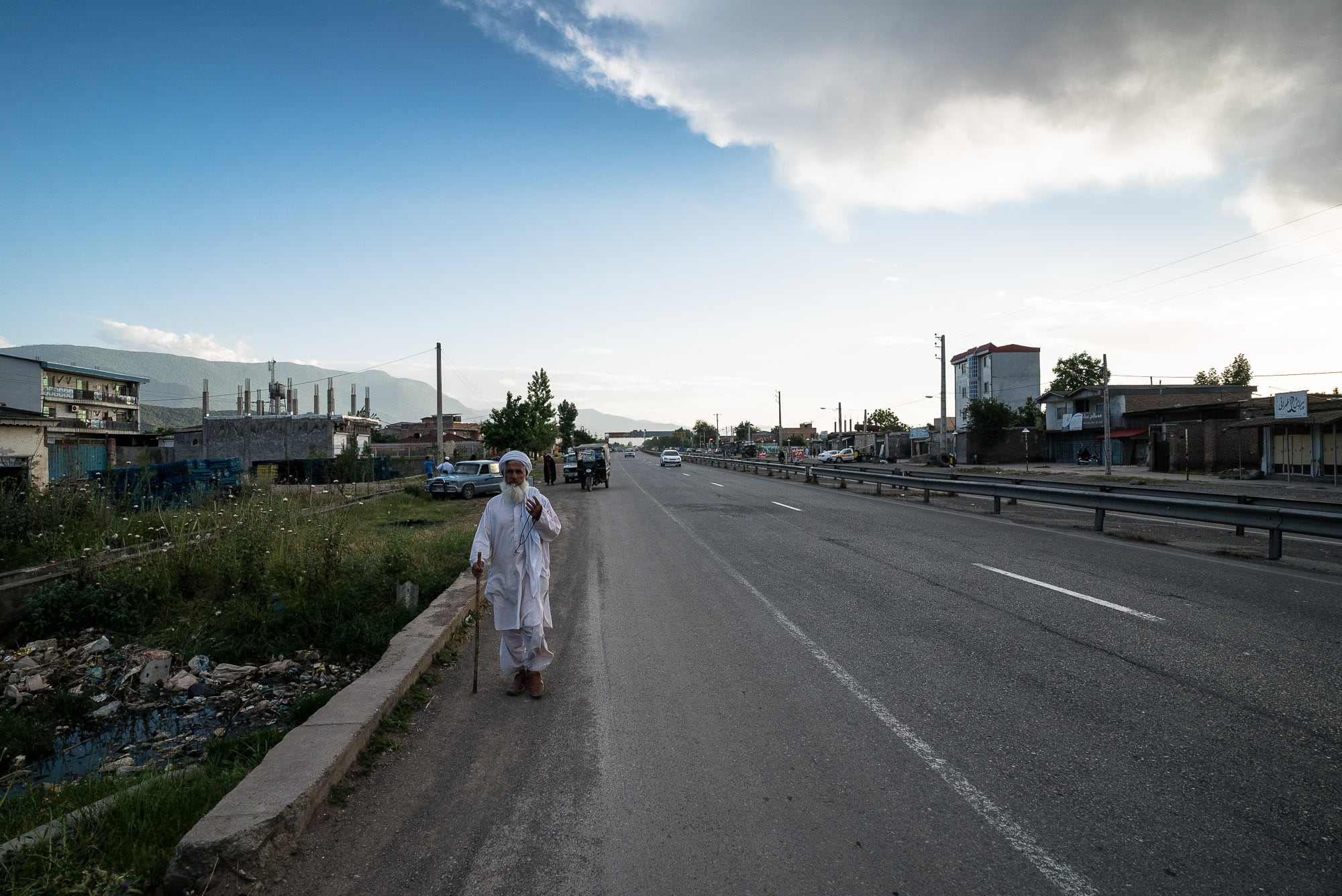 When I sat down to look at the sunset, I found it to be quite spectacular. But I also noticed that there was a thunderstorm hiding in it: 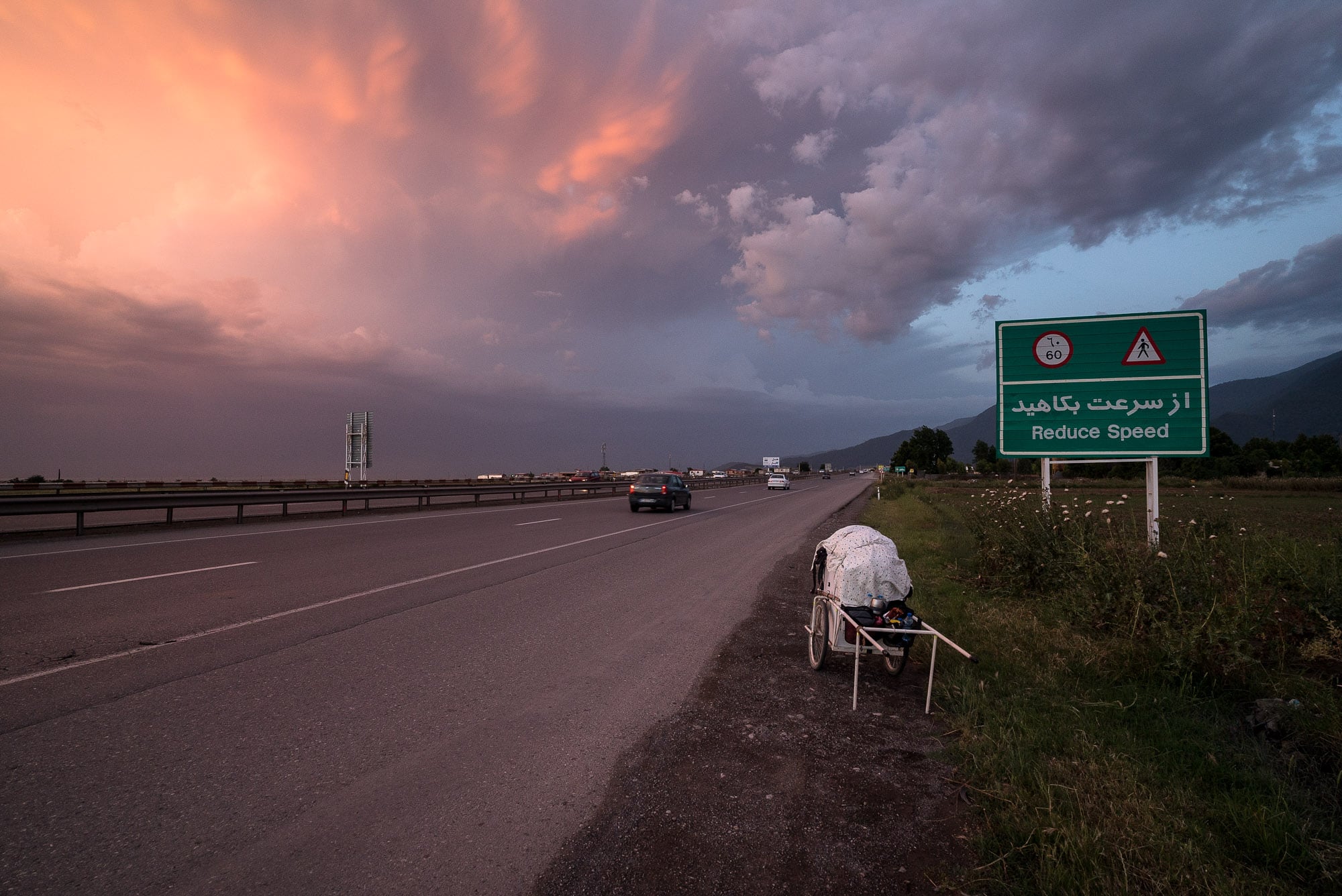 This seemed like bad news. I hated the idea of walking around in the rain with lightning striking down around me.

But… for some strange reason… it turned out to be quite pleasant.

The thunderstorm came closer, but it never quite caught up with me. And as I was walking through the darkness, listening to the Midian album, seeing sudden flashes of lightning from behind, it felt as if I was running from God. From an angry god.

I reached the outskirts of Aliabad-e-Katul at around eight: 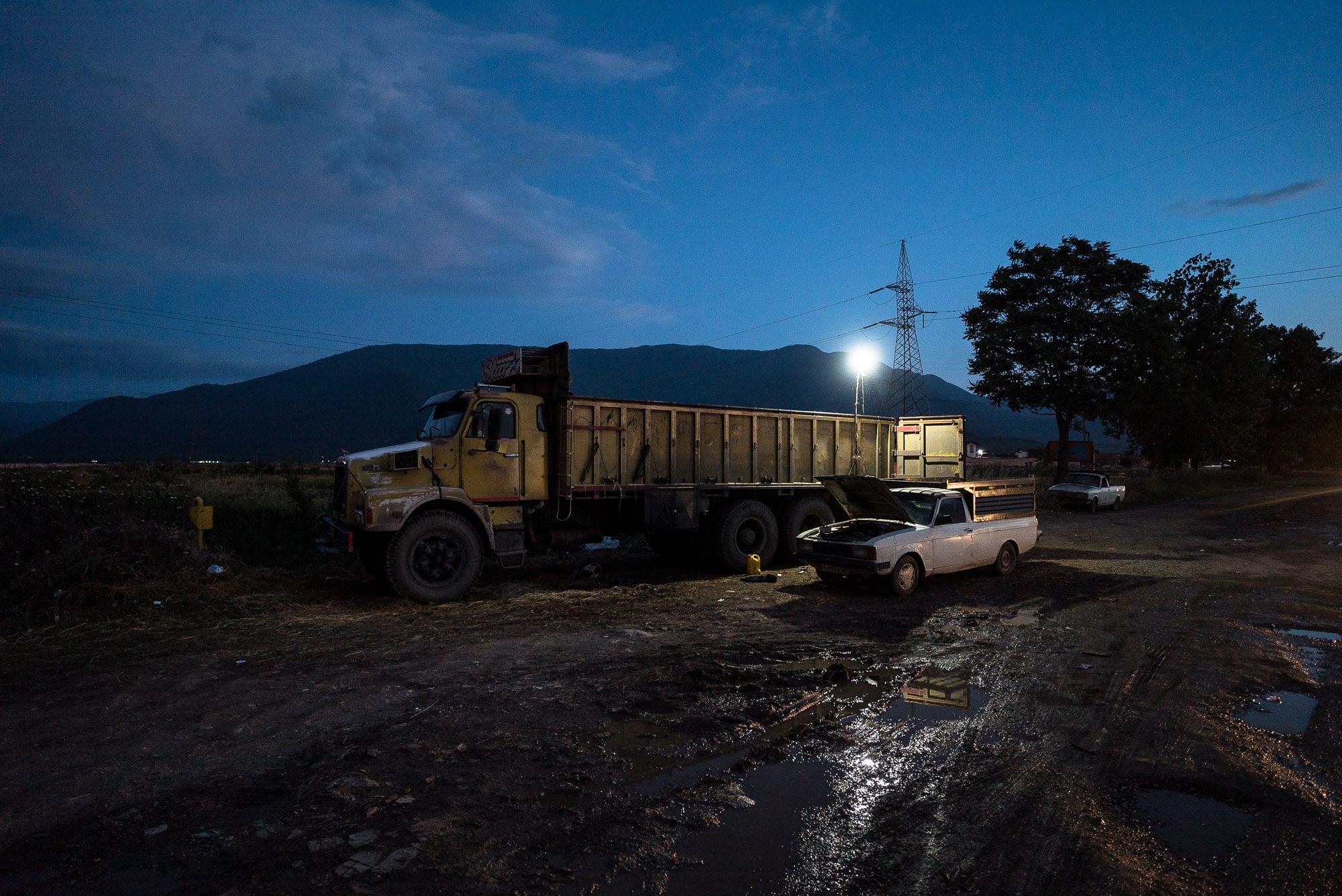 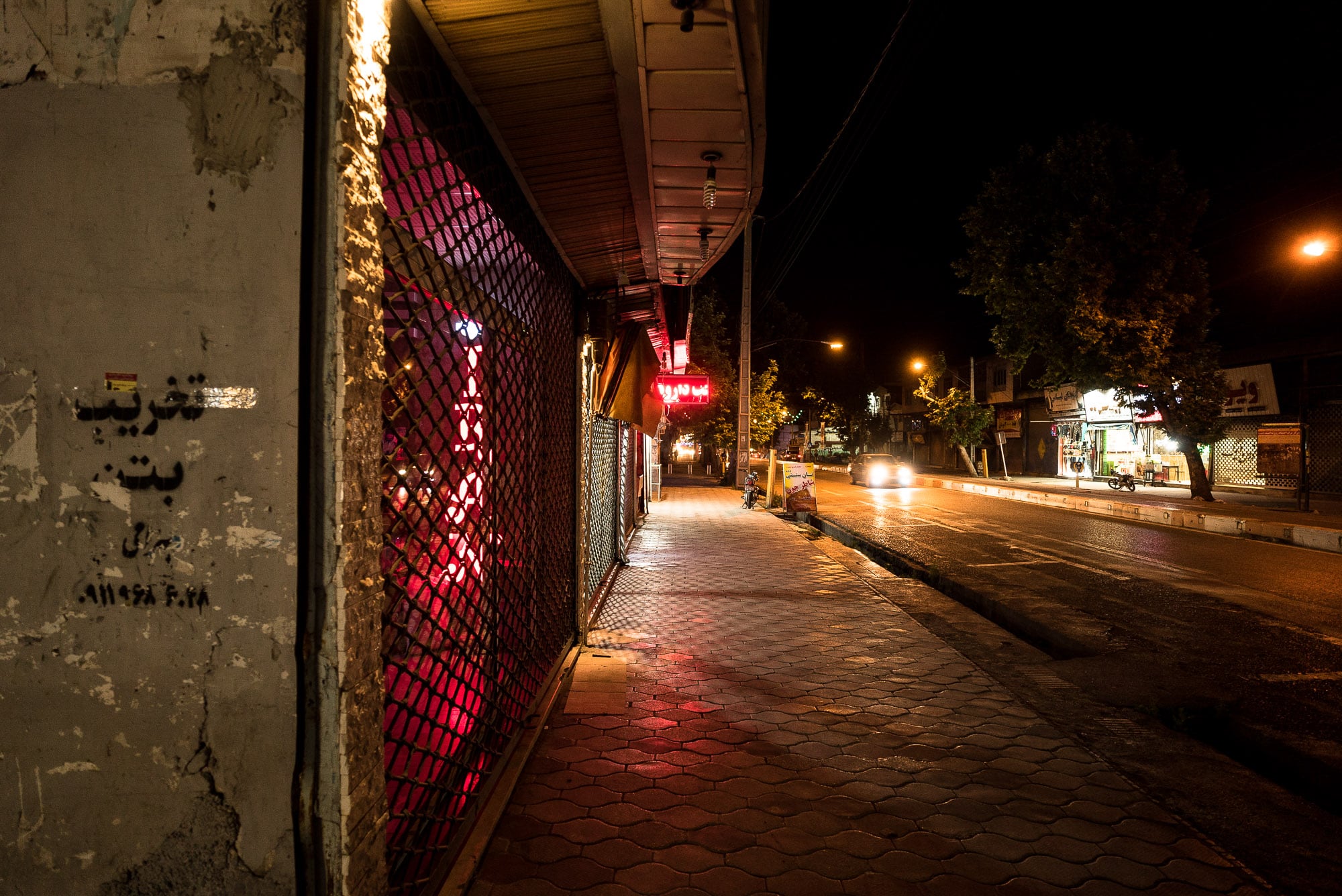