It was the same as every time when I started on a journey: there were worries, and there were preparations to be made. But I had to step out into the unknown at some point sooner or later.

And on the way, I finally took a picture of that melon monument outside of the hotel: 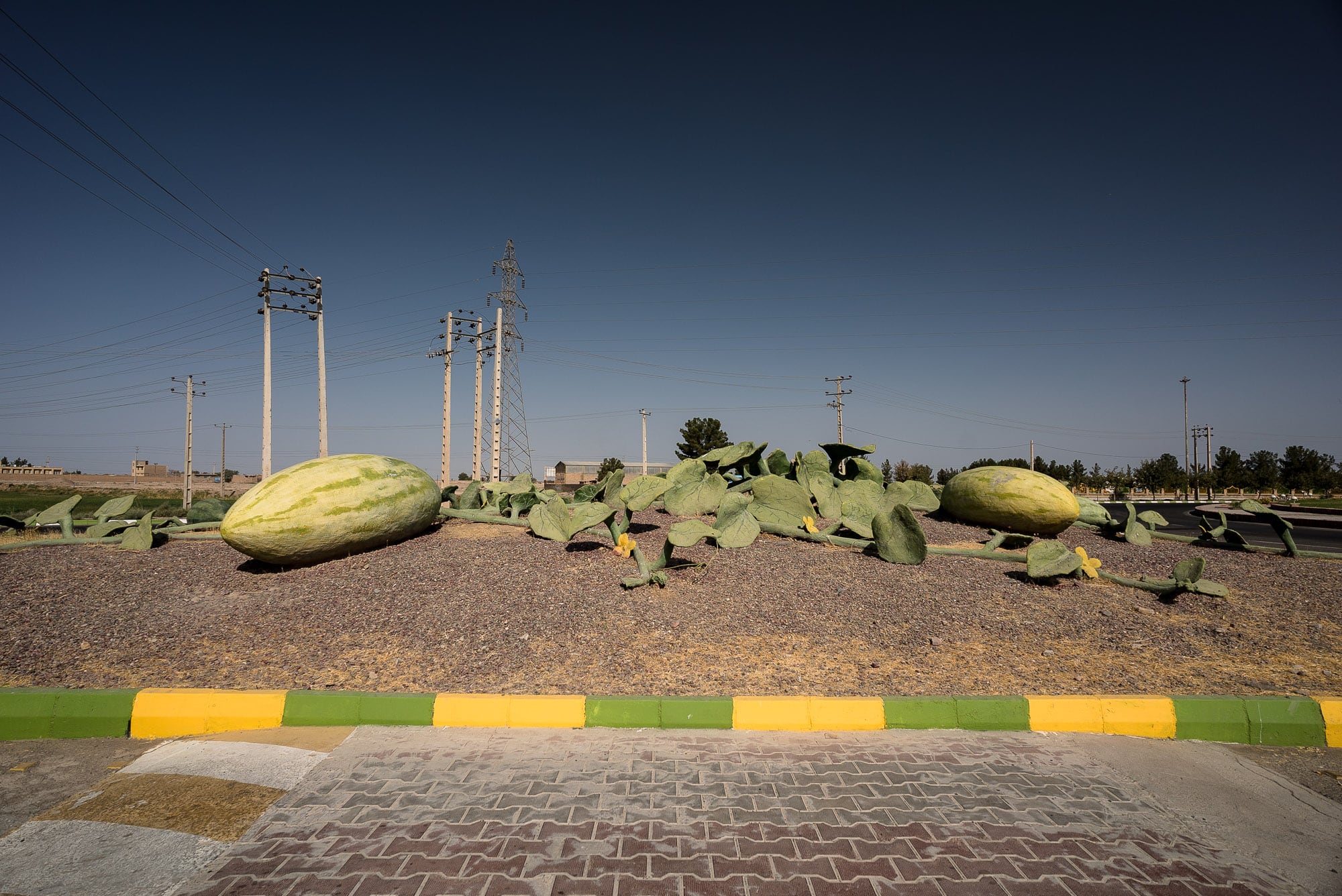 And then I was on the road: 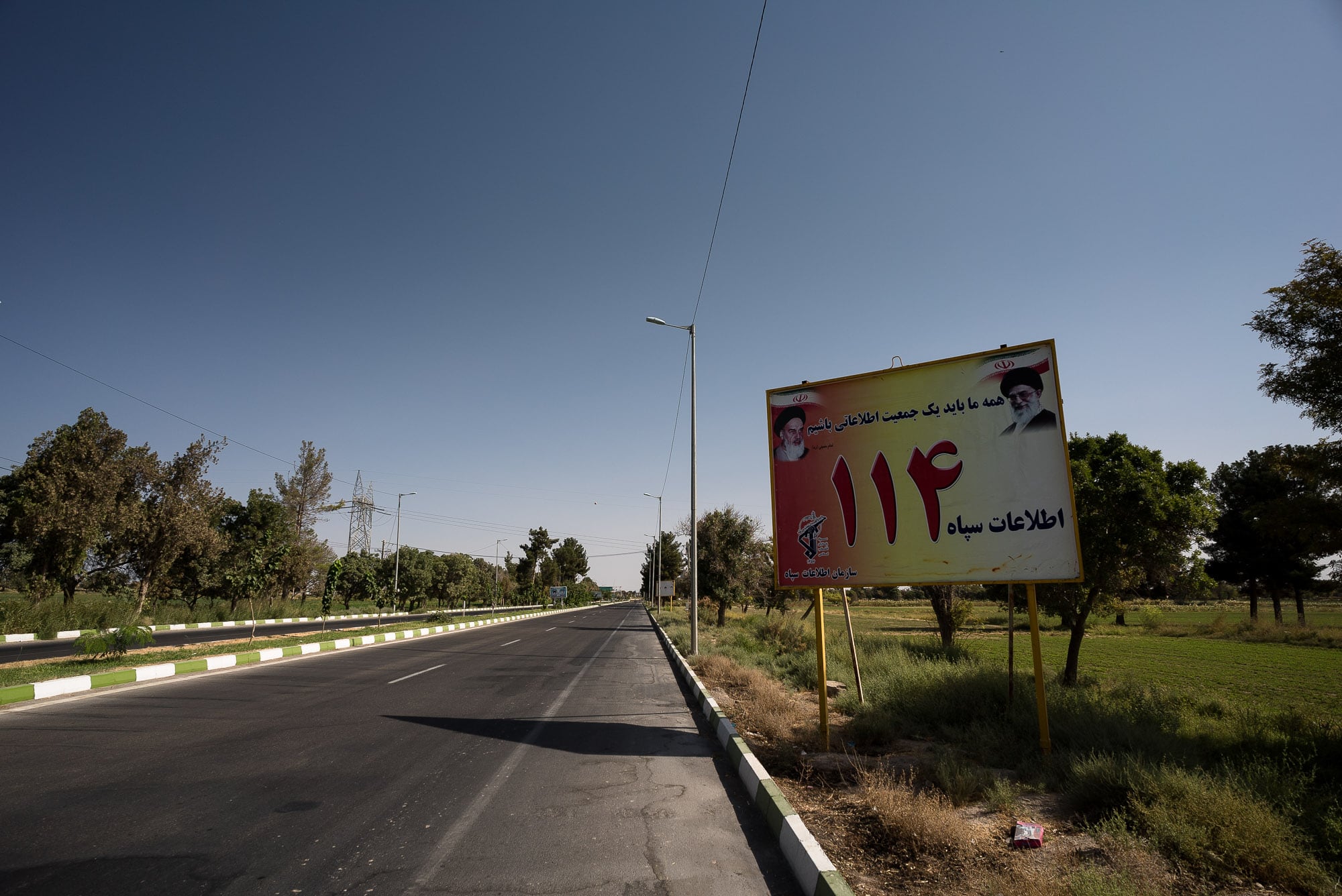 At first it was a municipal road, with trees and businesses on both sides: 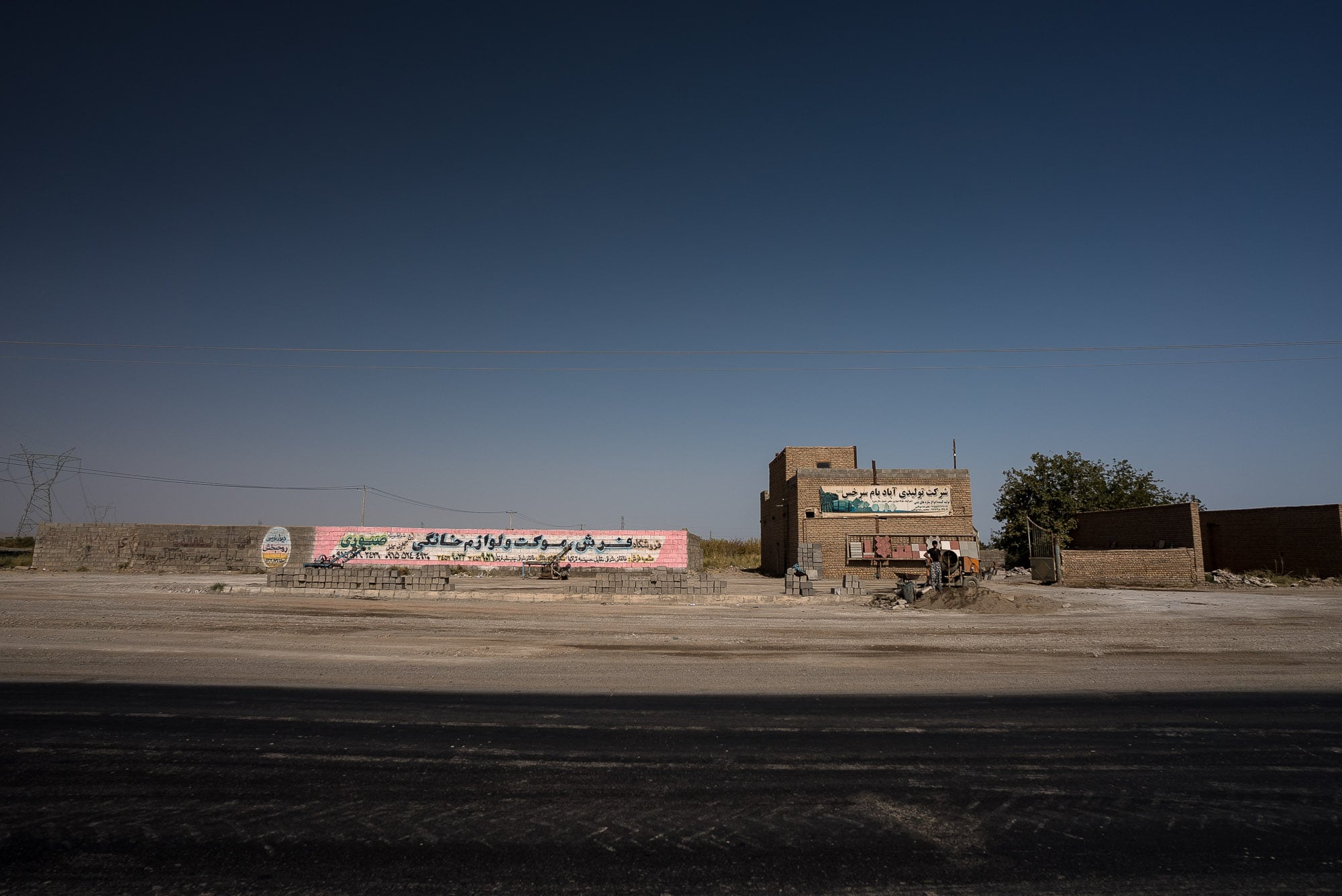 Then the trees disappeared and the businesses started having guard dogs: 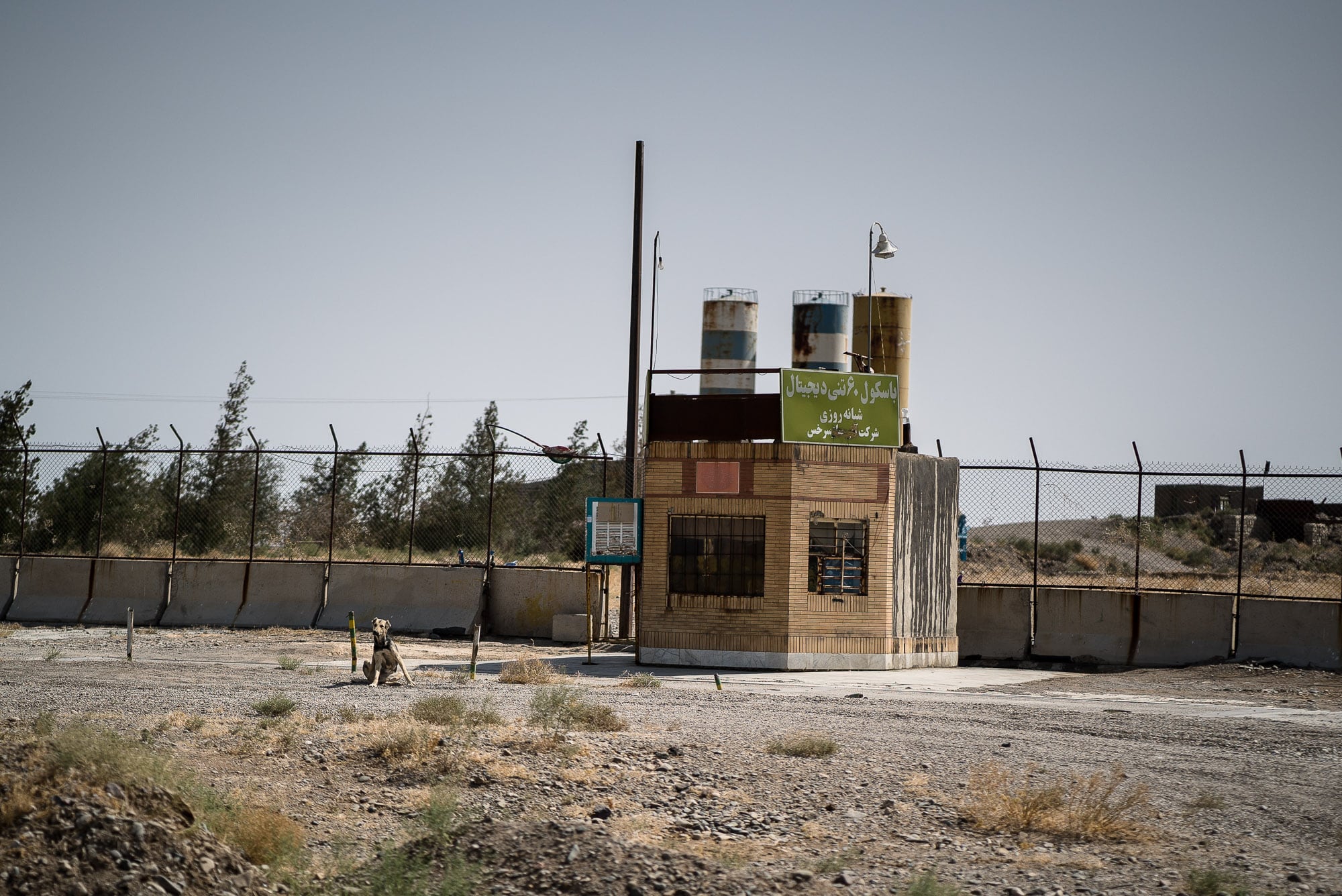 And then I was in the steppe again: 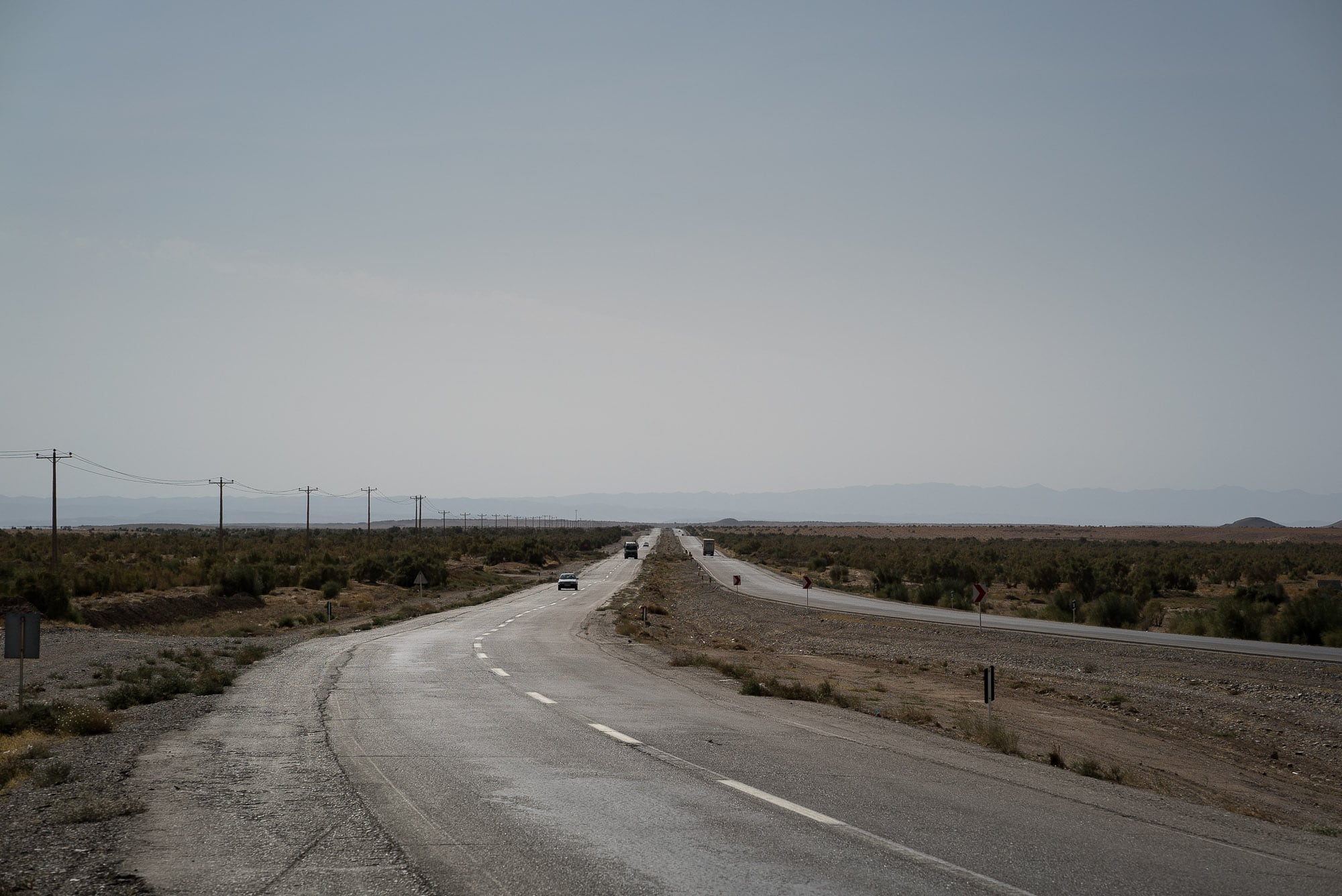 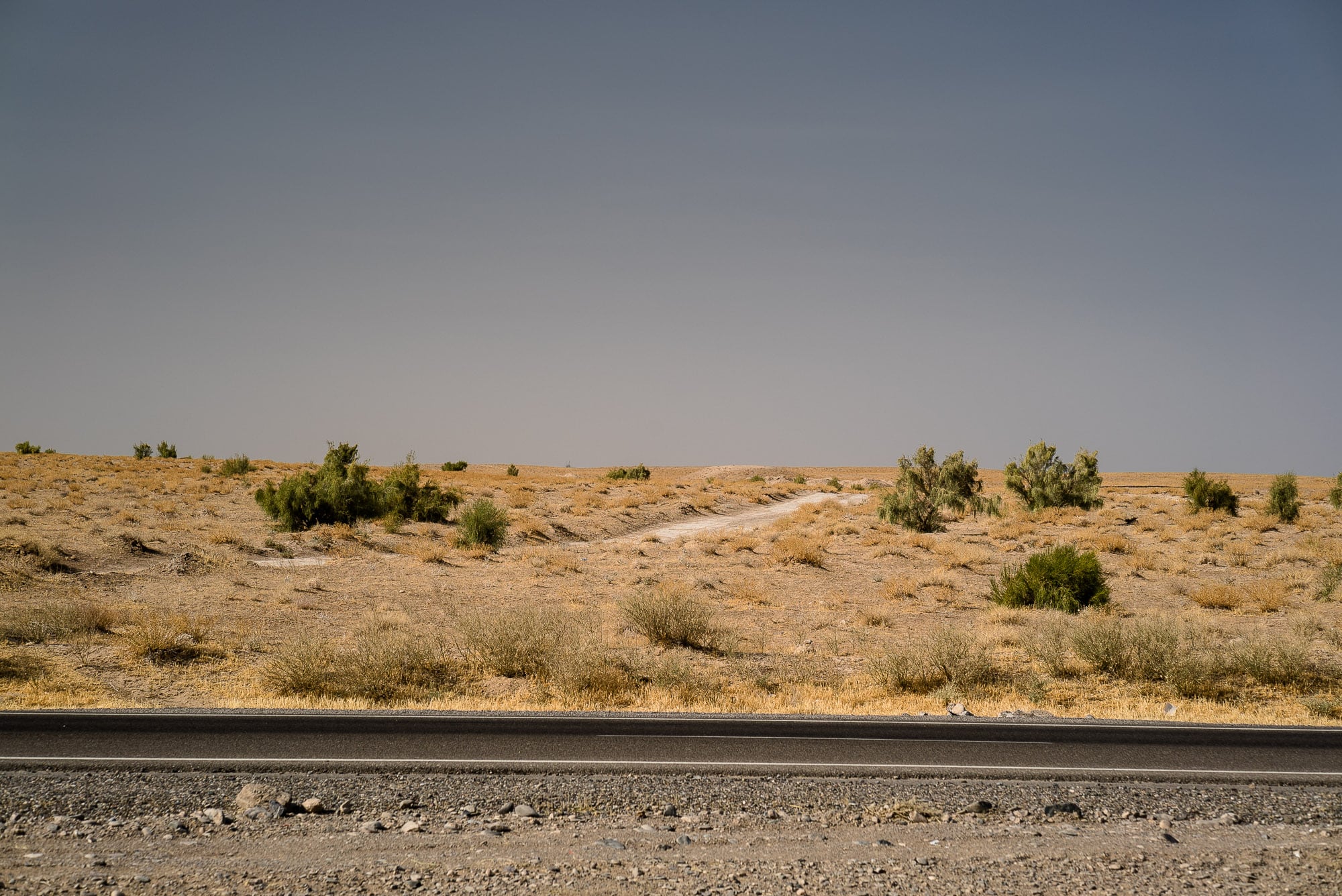 I found a little lion and put it in my pocket: 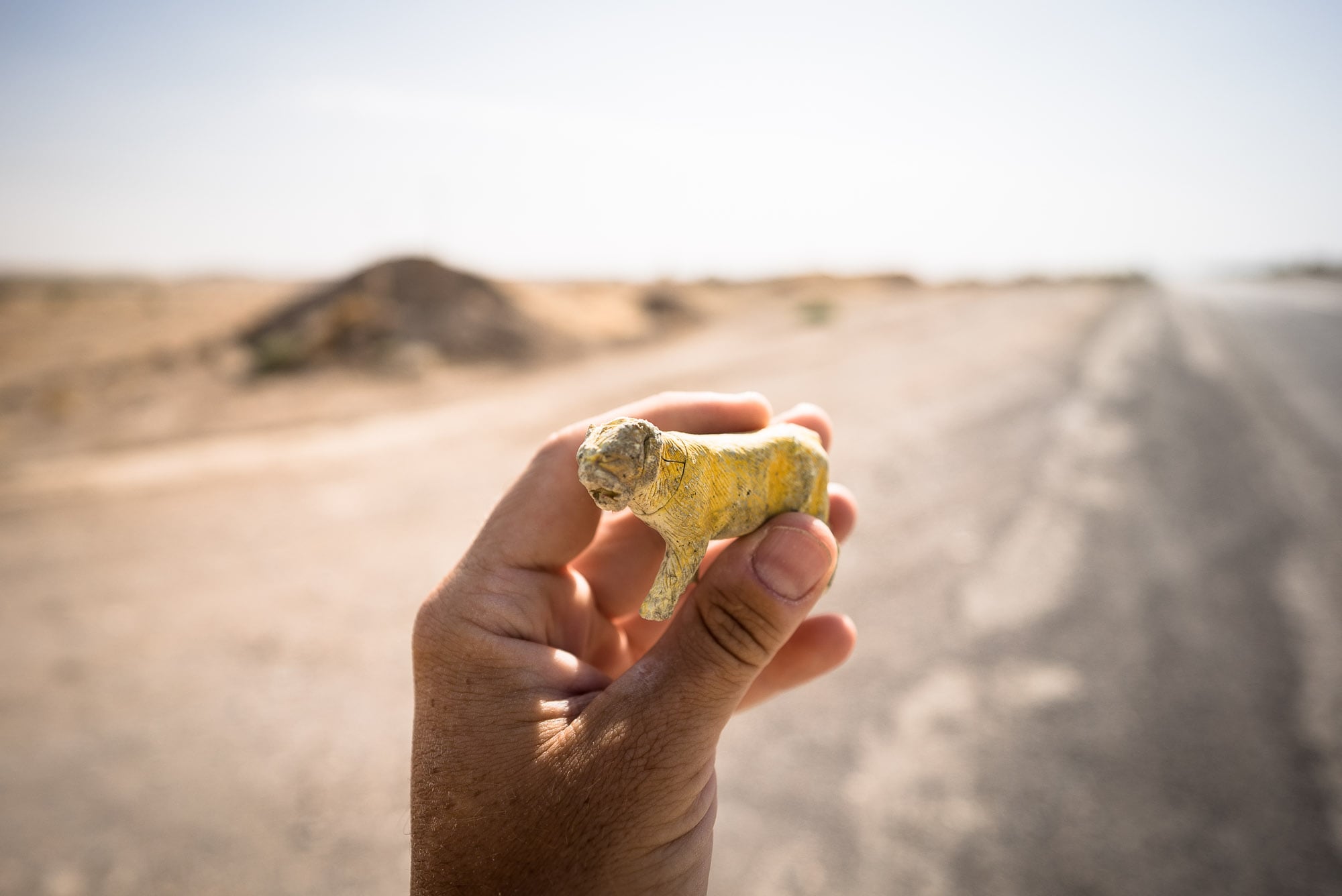 If Nang was gone, I would at least keep the lion.

I walked for a while like that. Traffic was scarce, there were not many people around. I listened to old Wu-Tang, which was good. I was starting to wonder where I would spend the night, which was bad: 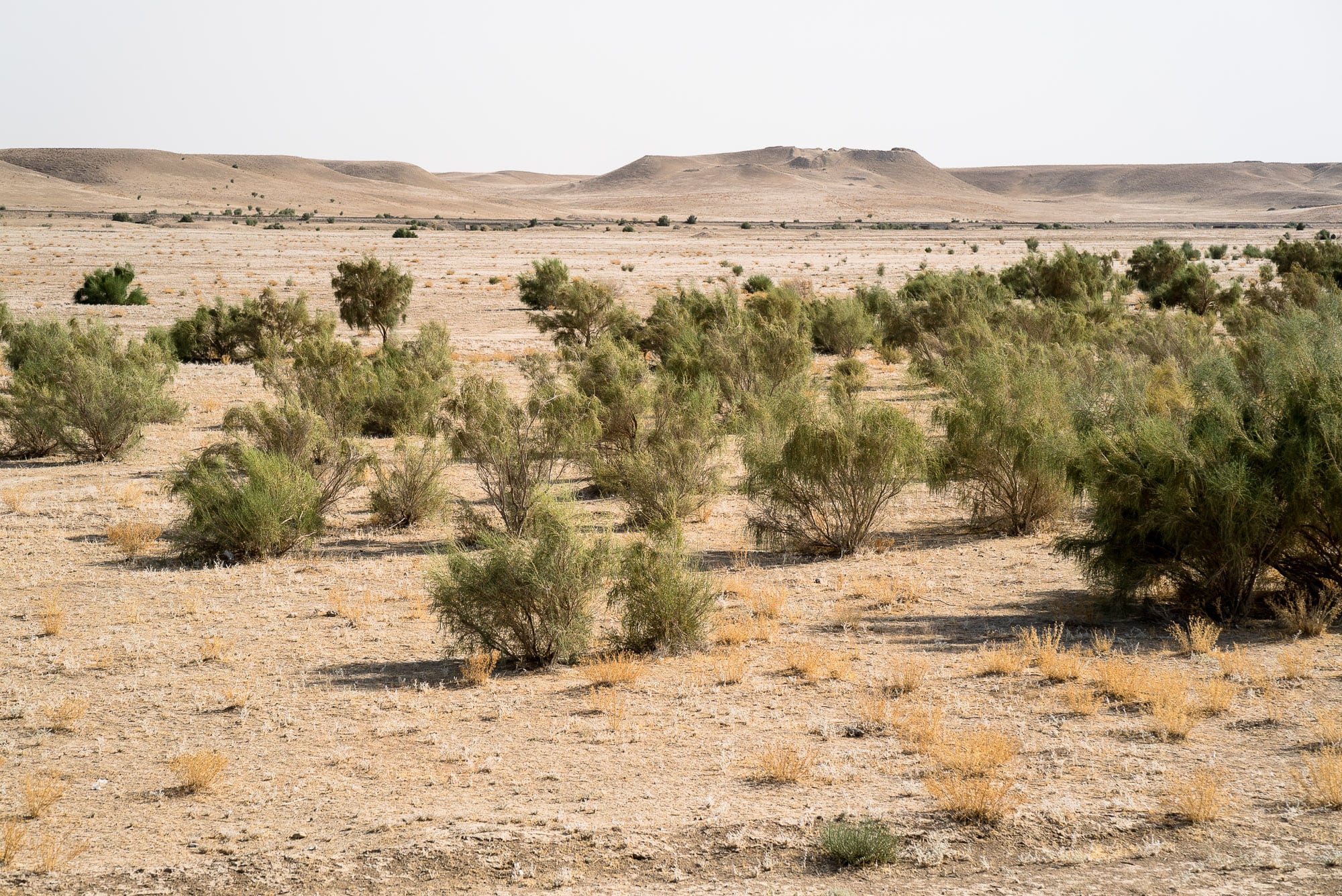 Then Faezeh and her husband appeared: 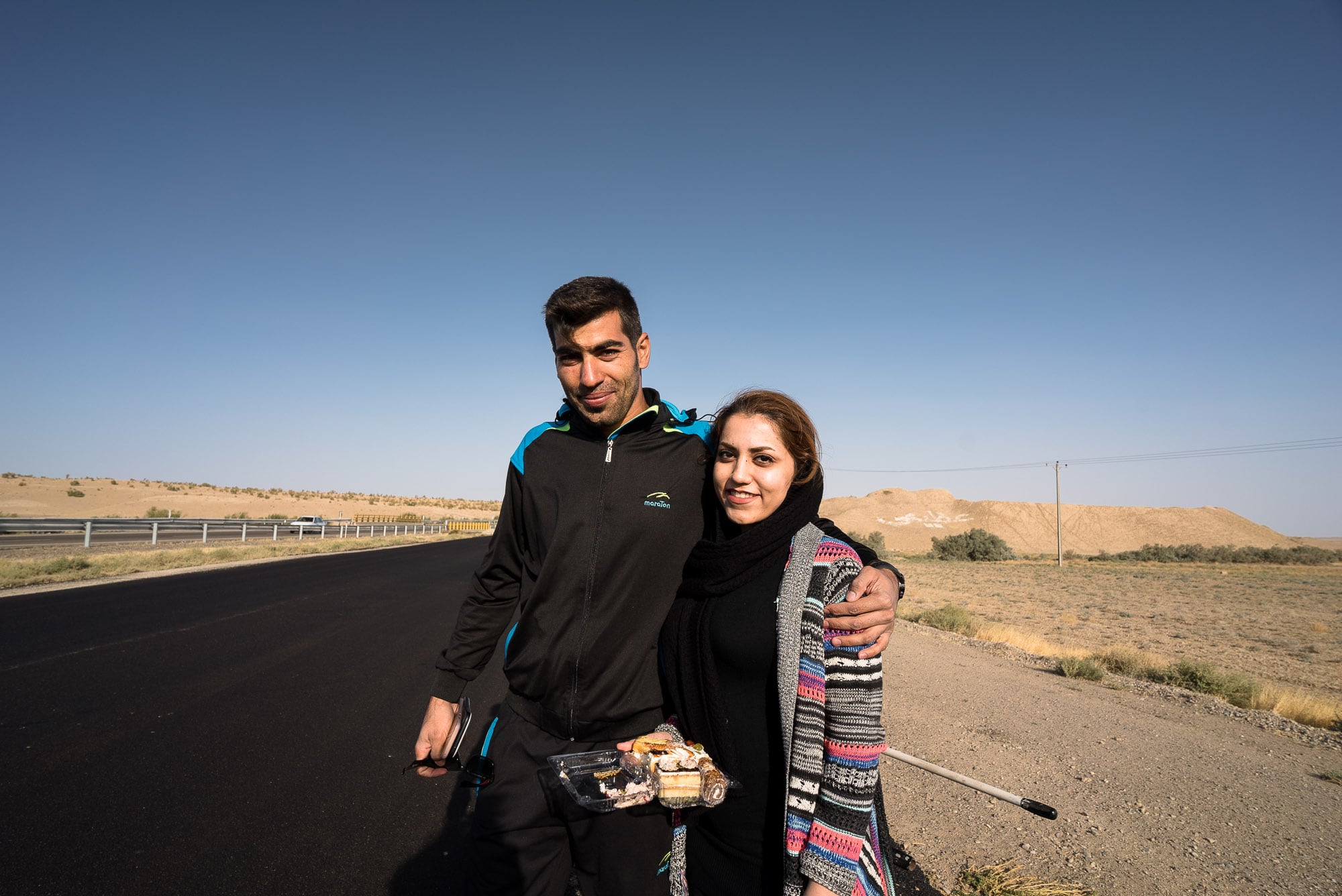 They gave me cake and apples. They were young and urban, they had smiles on their faces. It felt great.

The desert felt less scary after that: 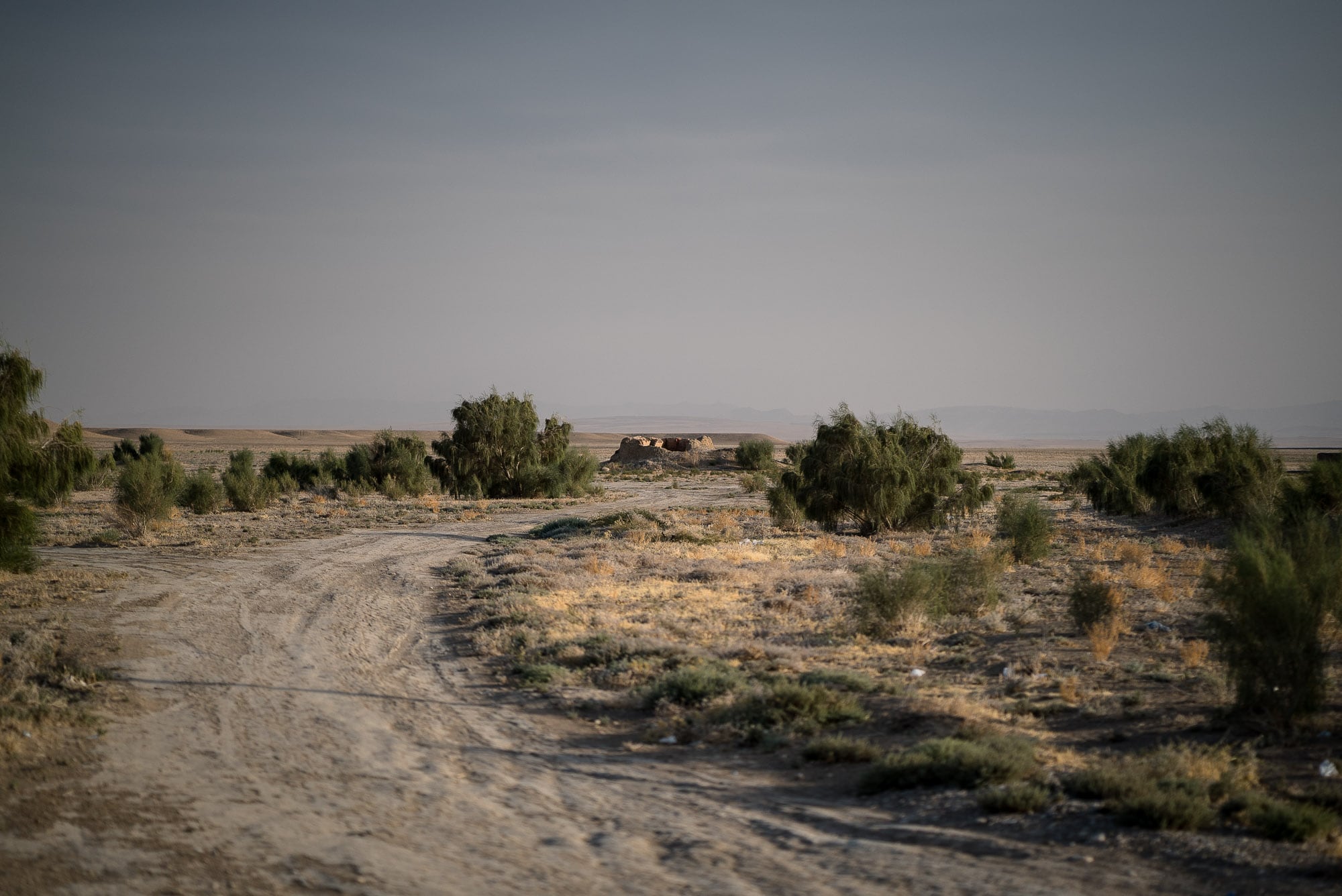 I walked into the sunset: 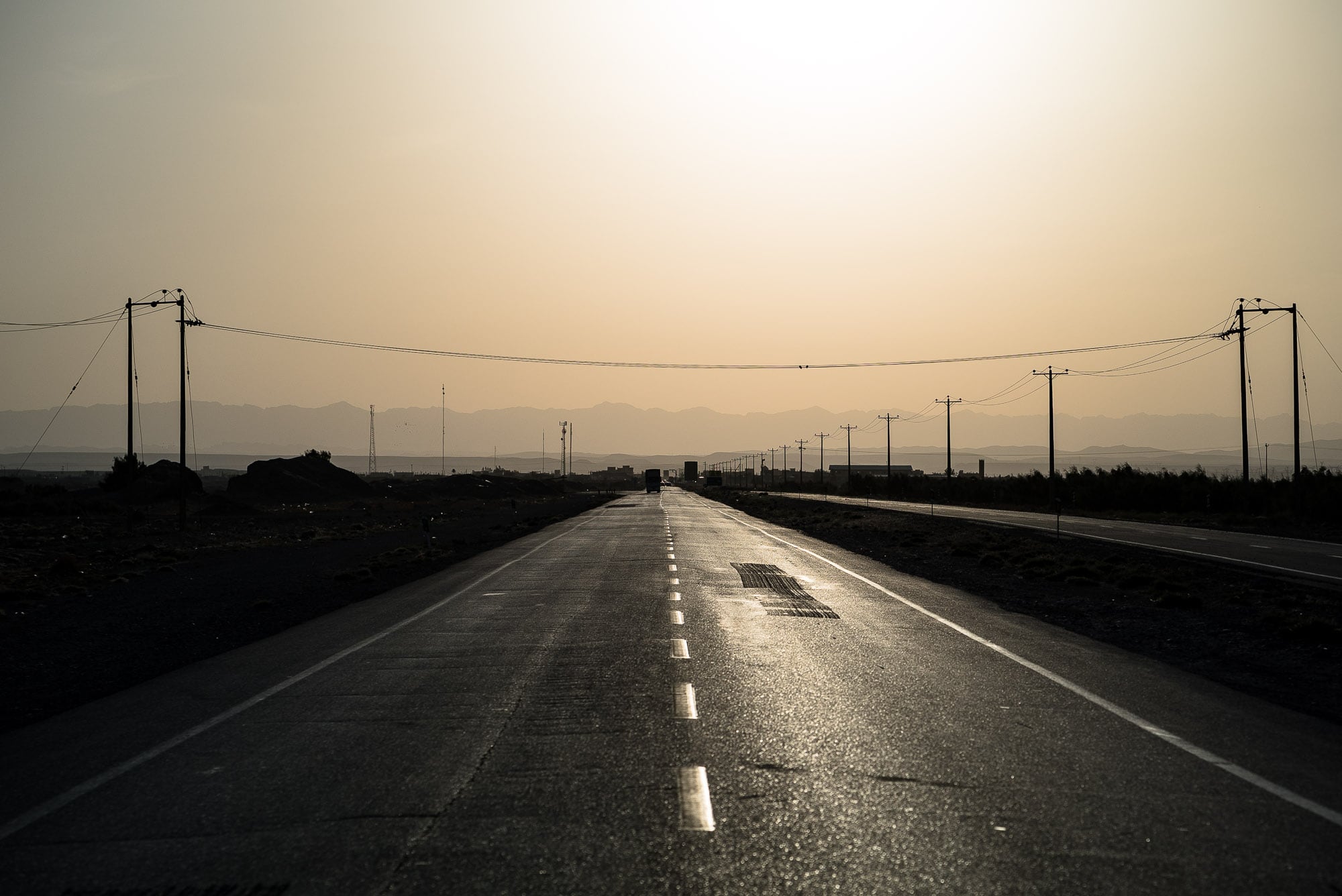 And when I finally came close to the village I was aiming for, I noticed that there were quite a few miserable-looking stray dogs around: 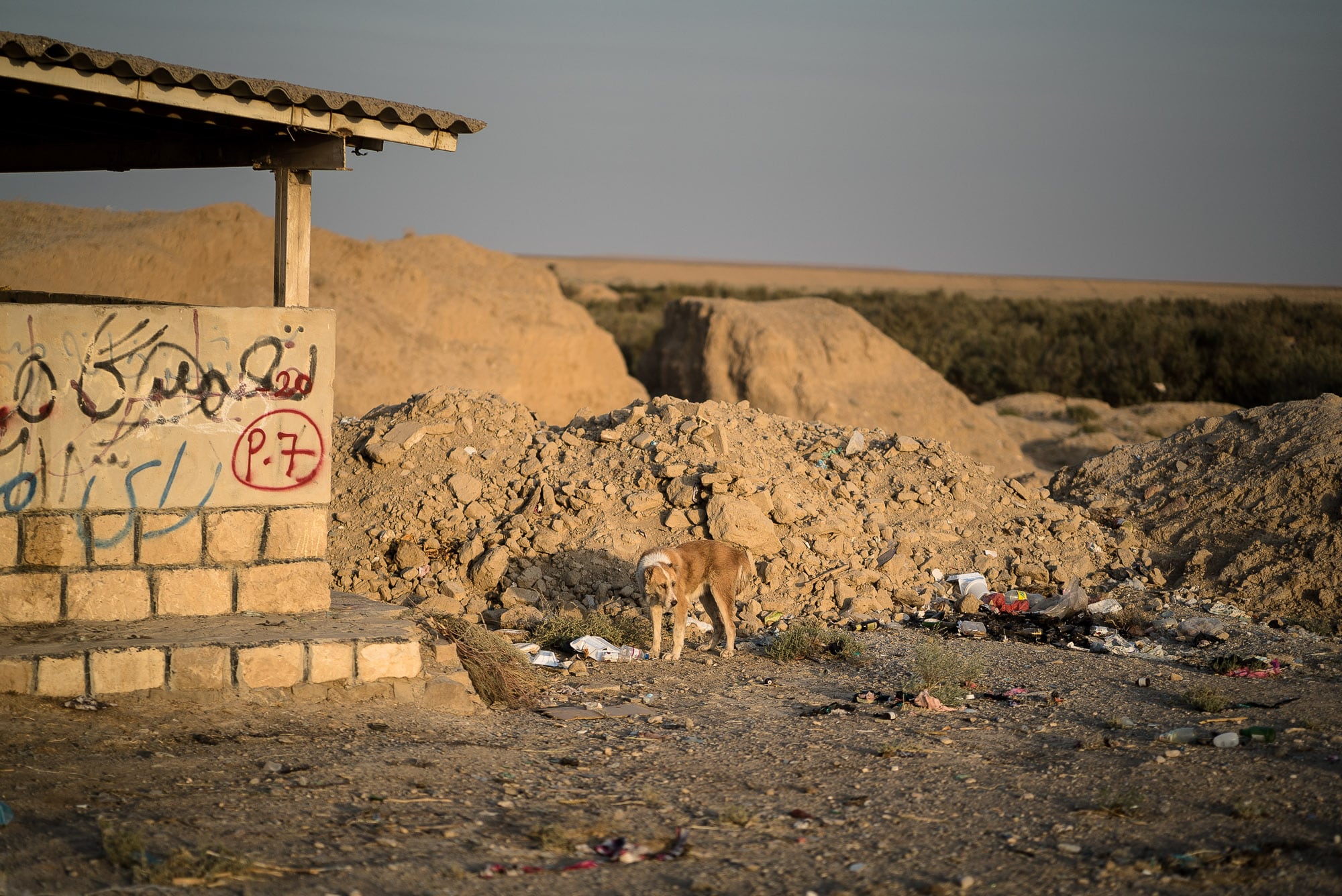 I wasn’t quite sure what to make of this.

Remember the little pavilions I told you about a few days earlier? Well, I finally figured out what they were for. It was the holy time of Ashura, when Shiites were commemorating (and mourning) the death of their third Imam Hussein, who had died in present-day Iraq in the 7th century. The pavilions were there so good deeds could be done, mostly by handing out tea and food to passers-by.

And guess what? I was a passer-by! 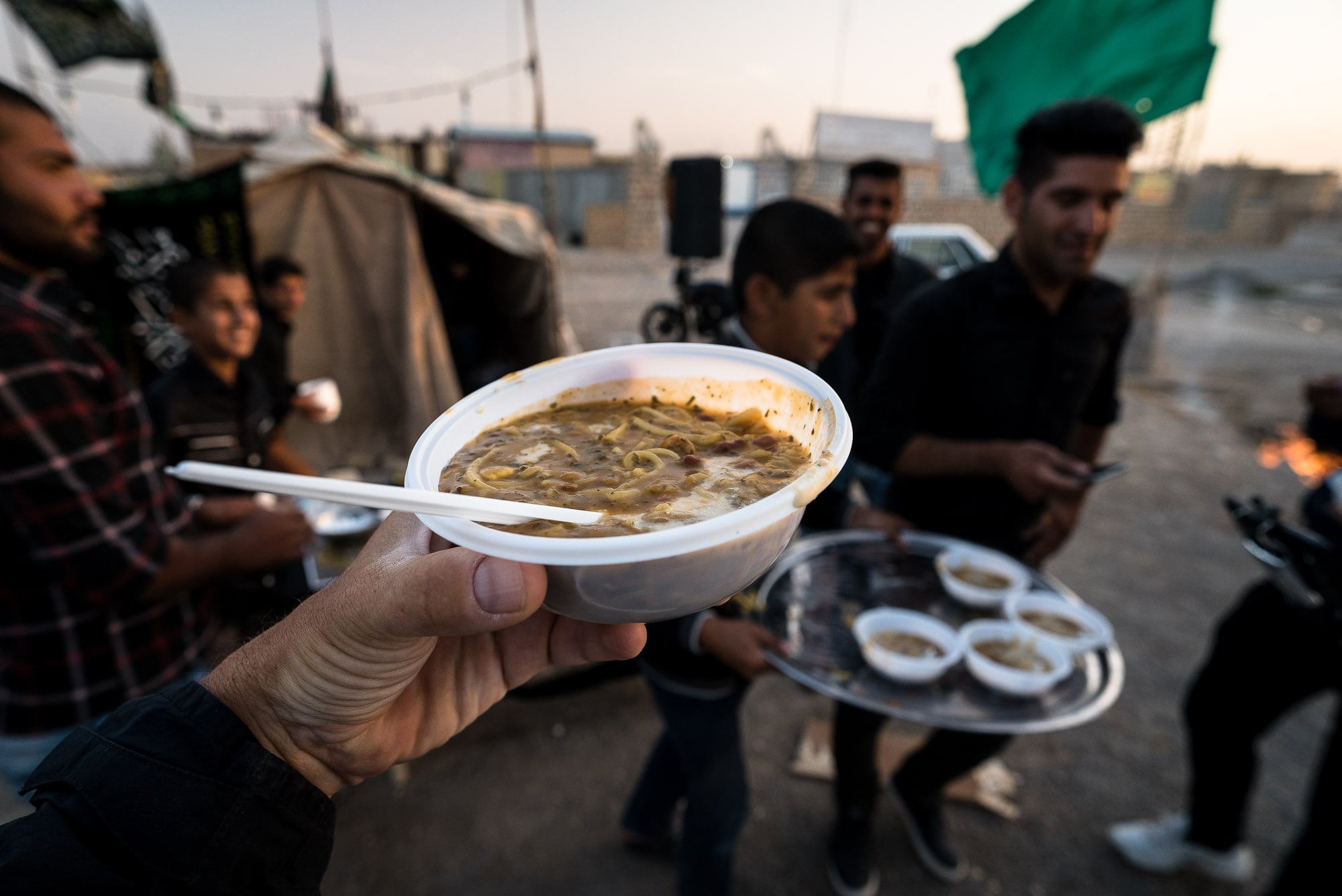 So I hung around for a while, had soup and took pictures of Imam Hussein on his horse: 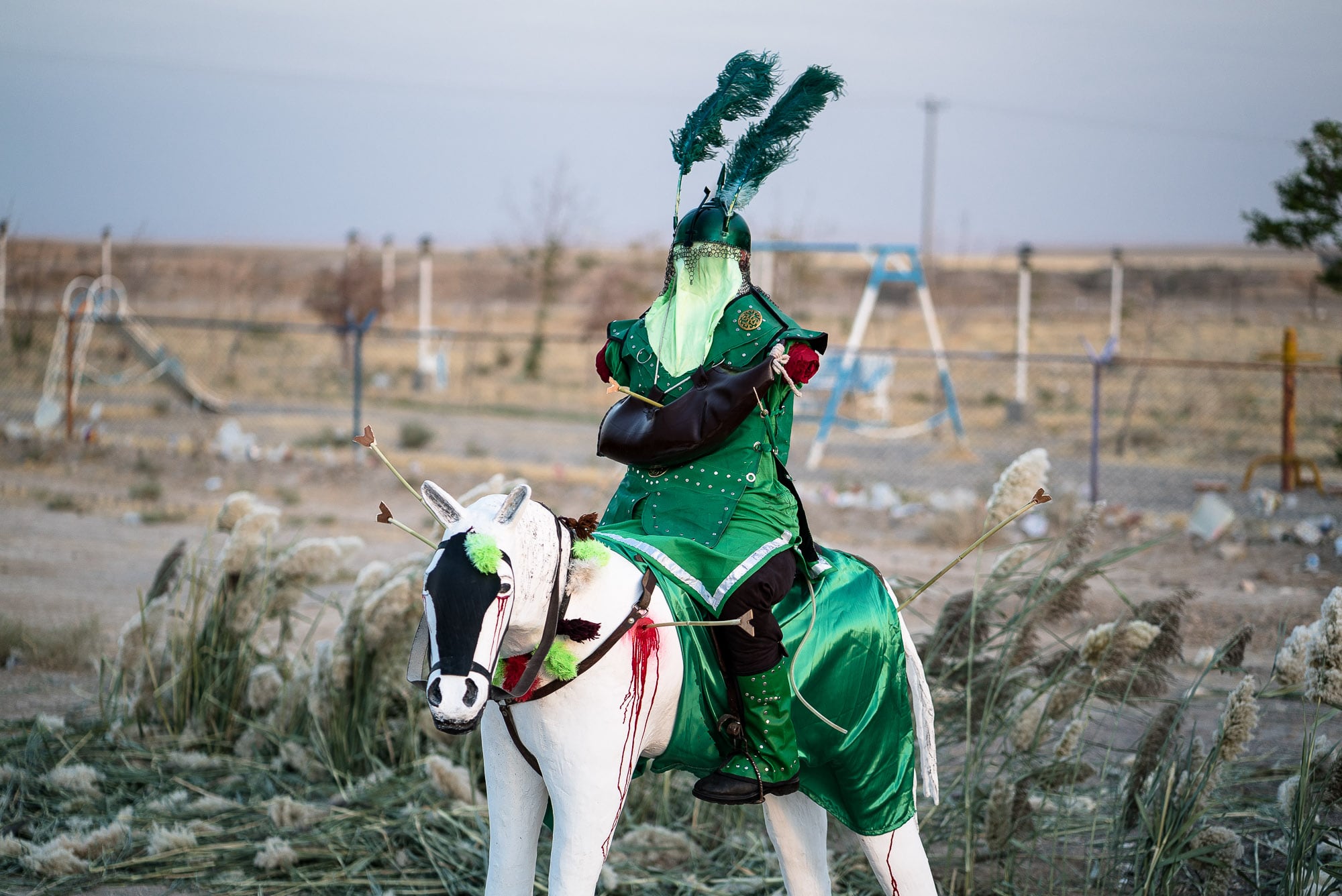 The dudes wanted their picture taken, too, and they insisted on posing in front of Imam Hussein, which made it hard for some of them to smile on the photo: 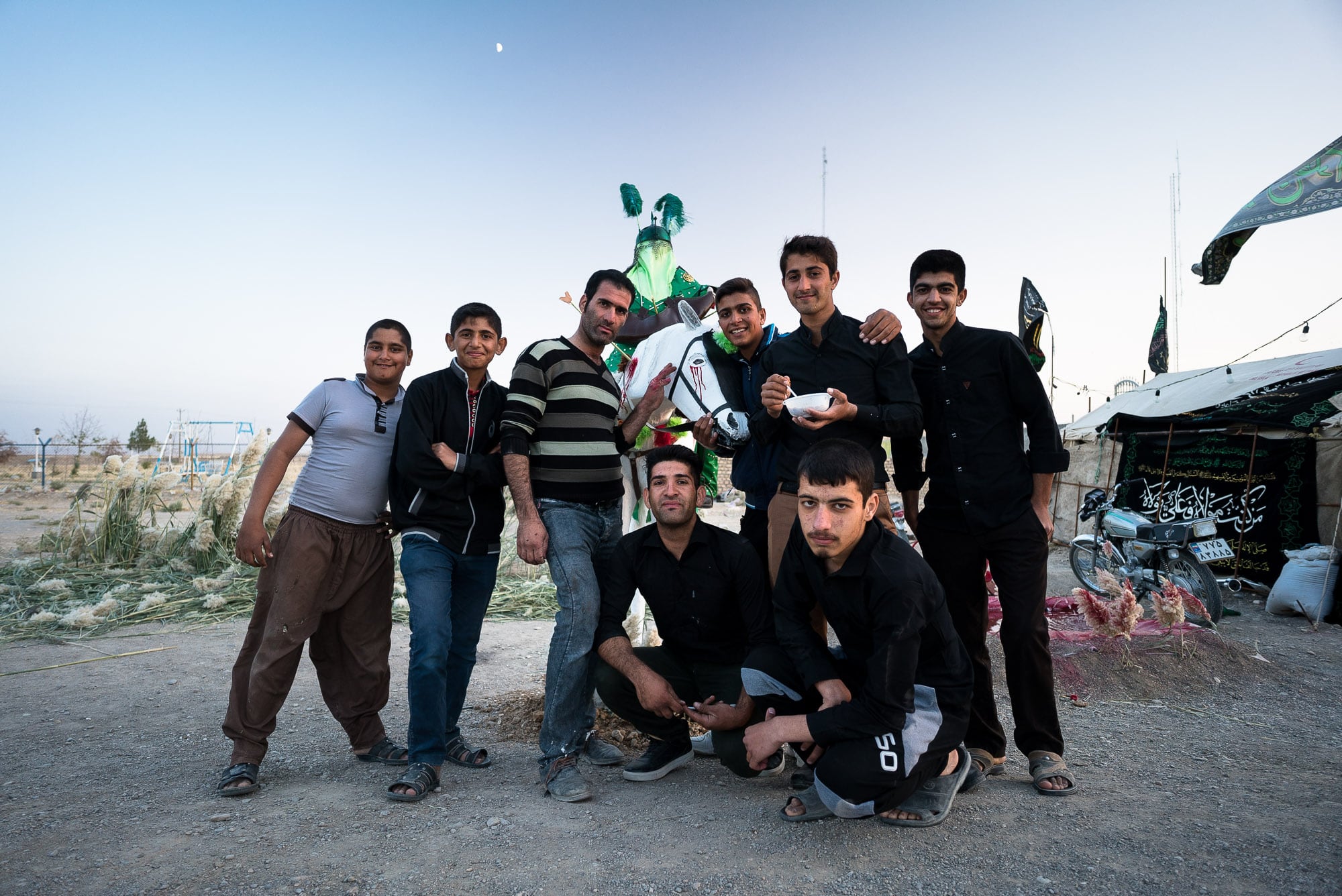 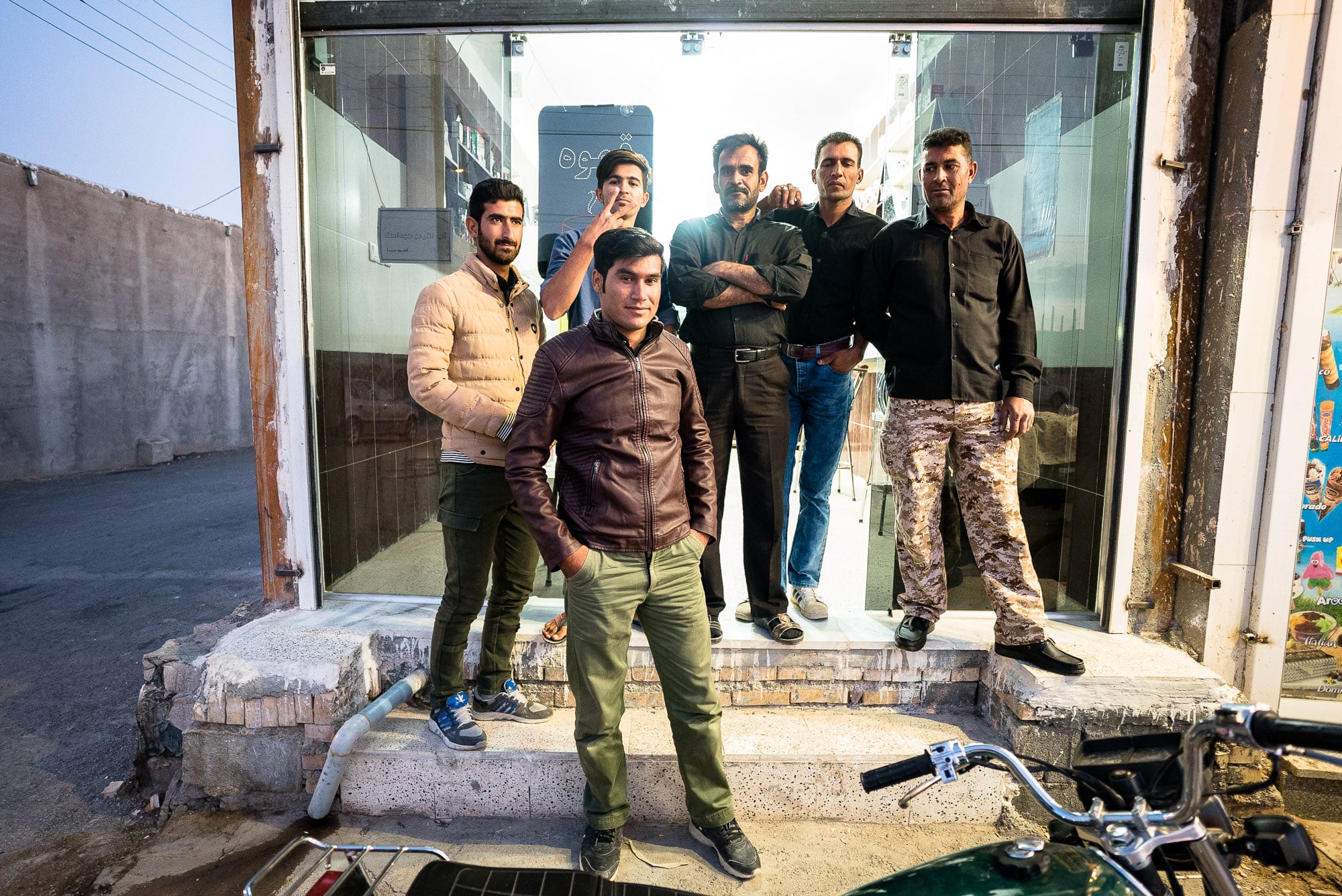 And again they said I should go to the mosque.

I only had to cross the road: 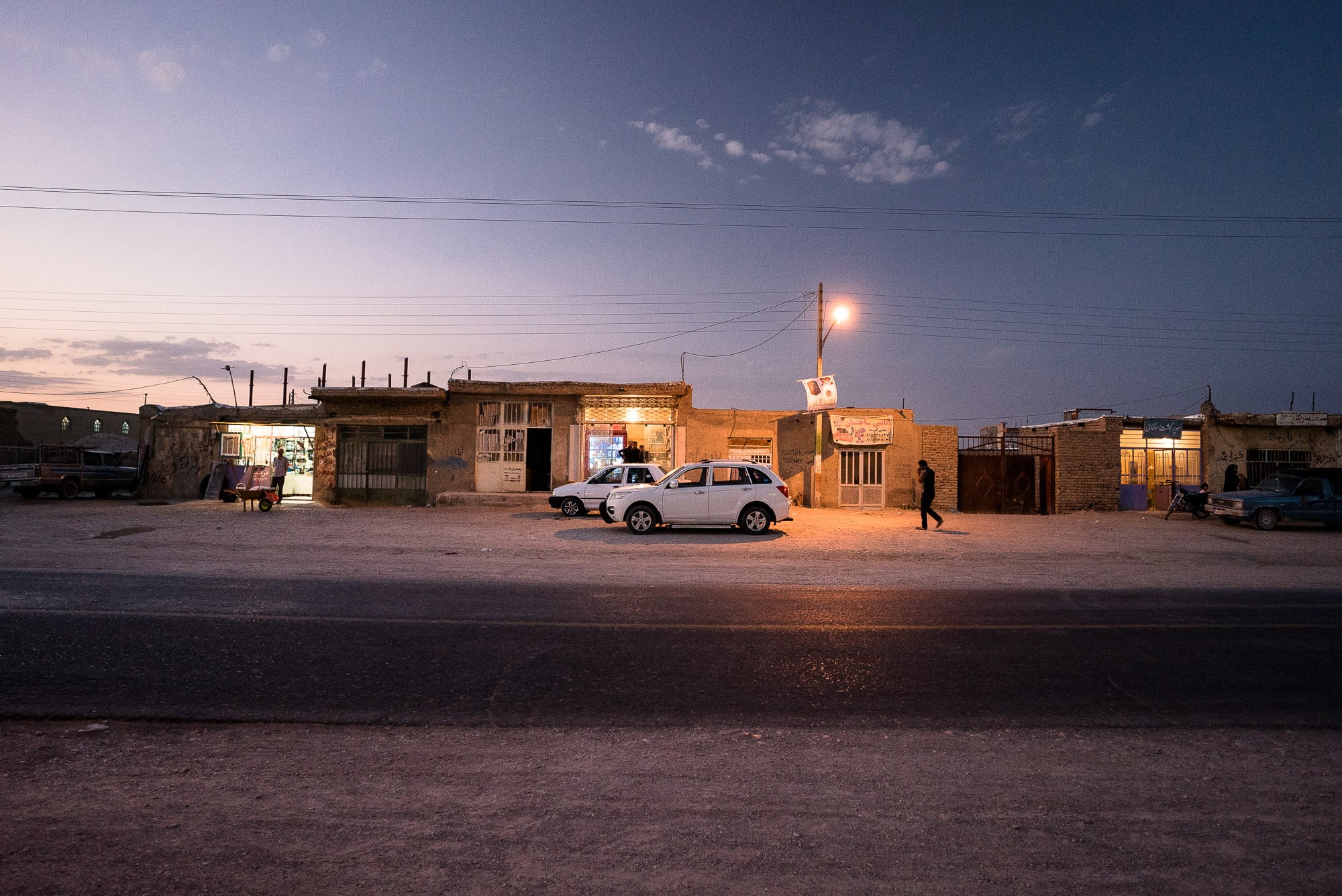 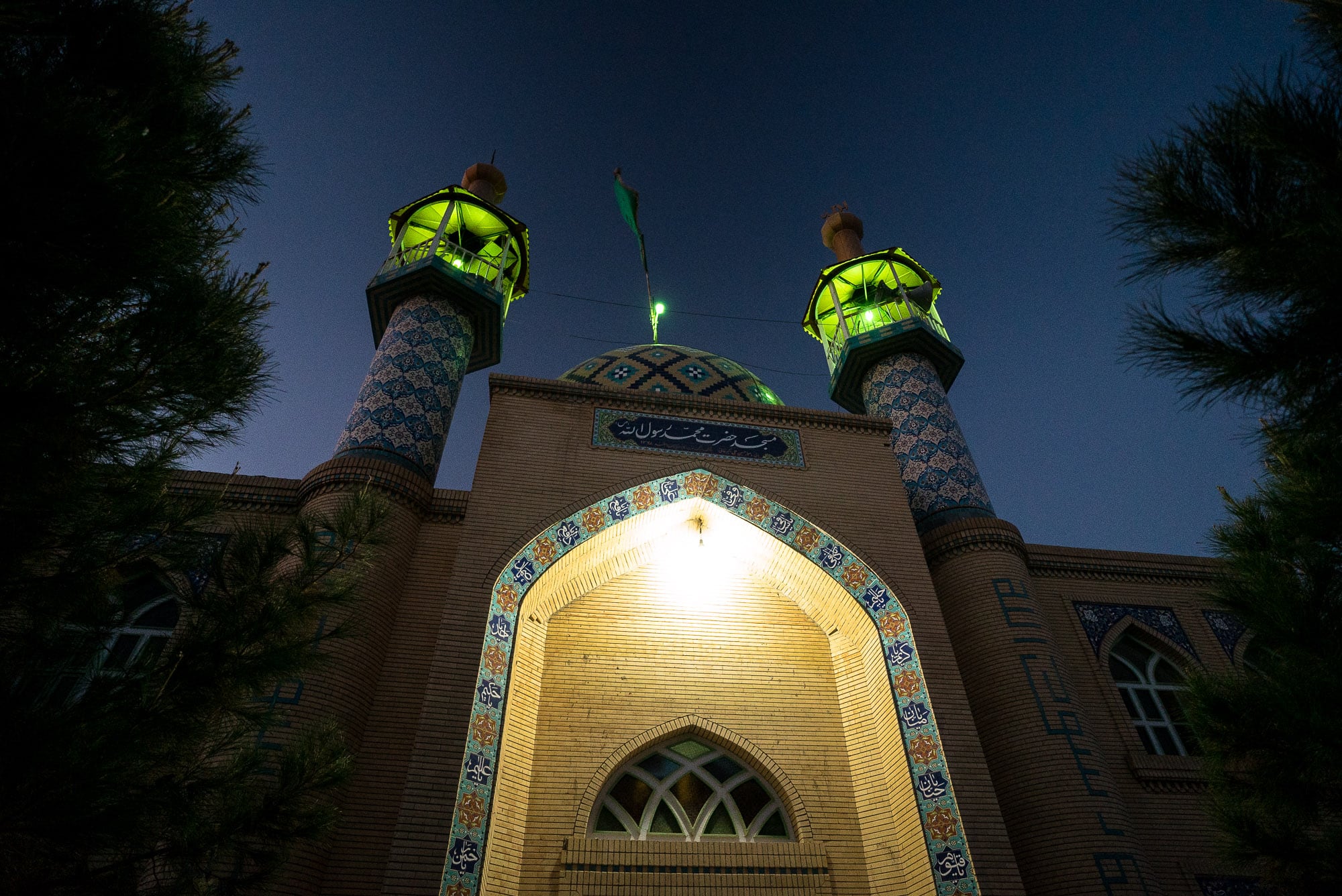 The people there somehow already knew that I was coming, and they didn’t ask any questions. I got a room for the Caboose, and I got a key to the upper part of the mosque. Then they showed me the washrooms, and then I was set for the night:

We took a picture together: 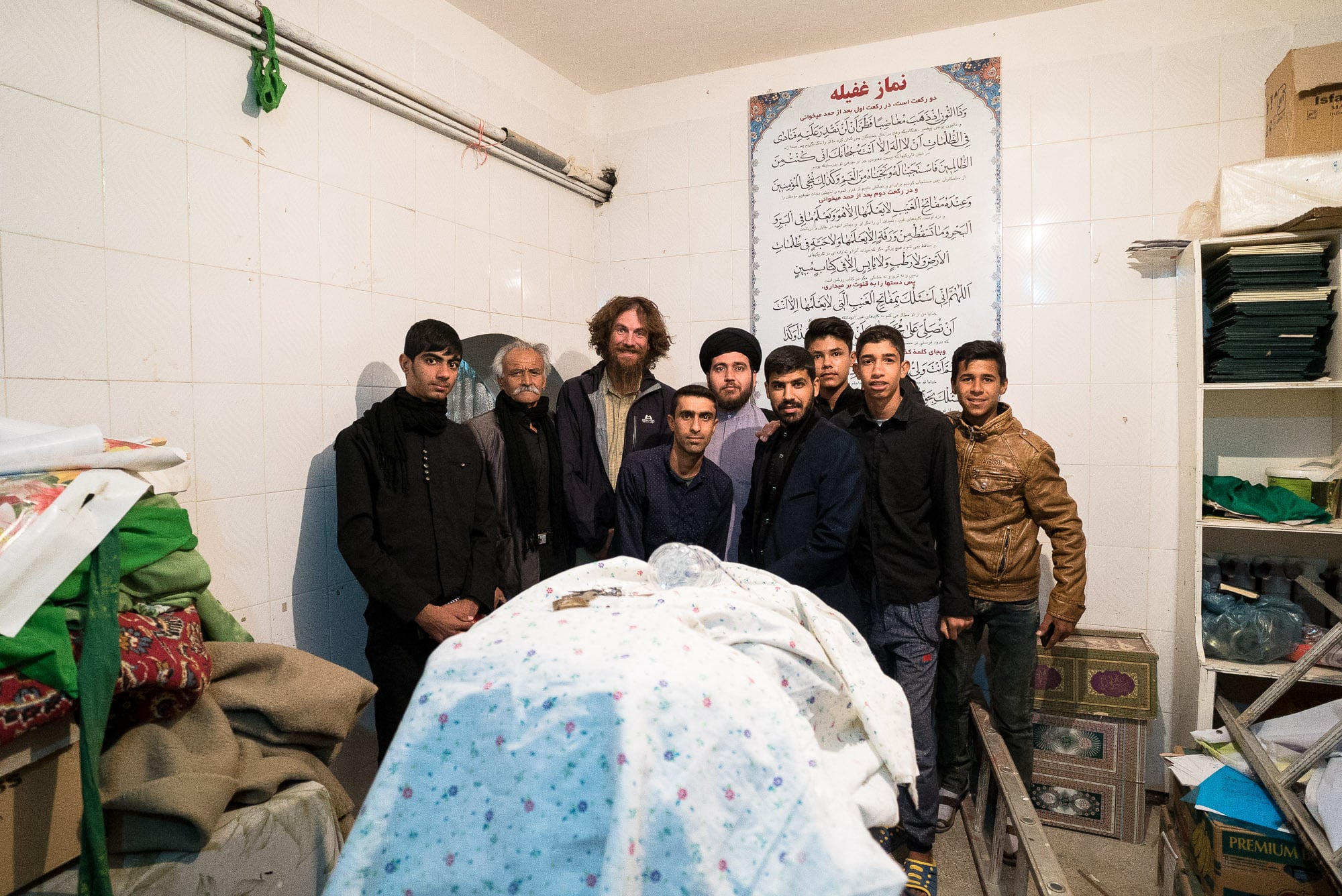 Then I went up to the place where I would spend the night. Only I wasn’t alone up there: 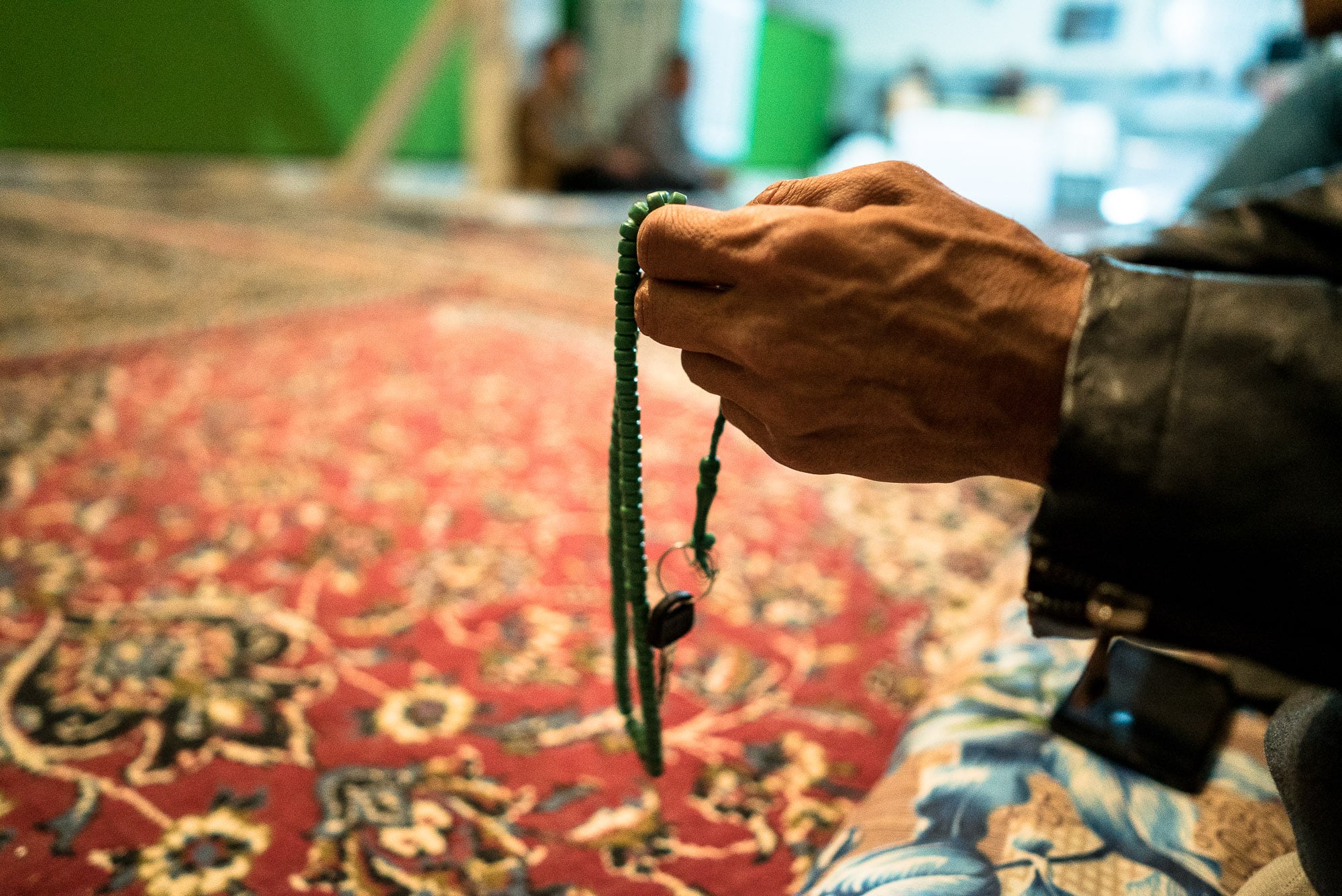 Half a dozen men were taking part in an NA meeting: 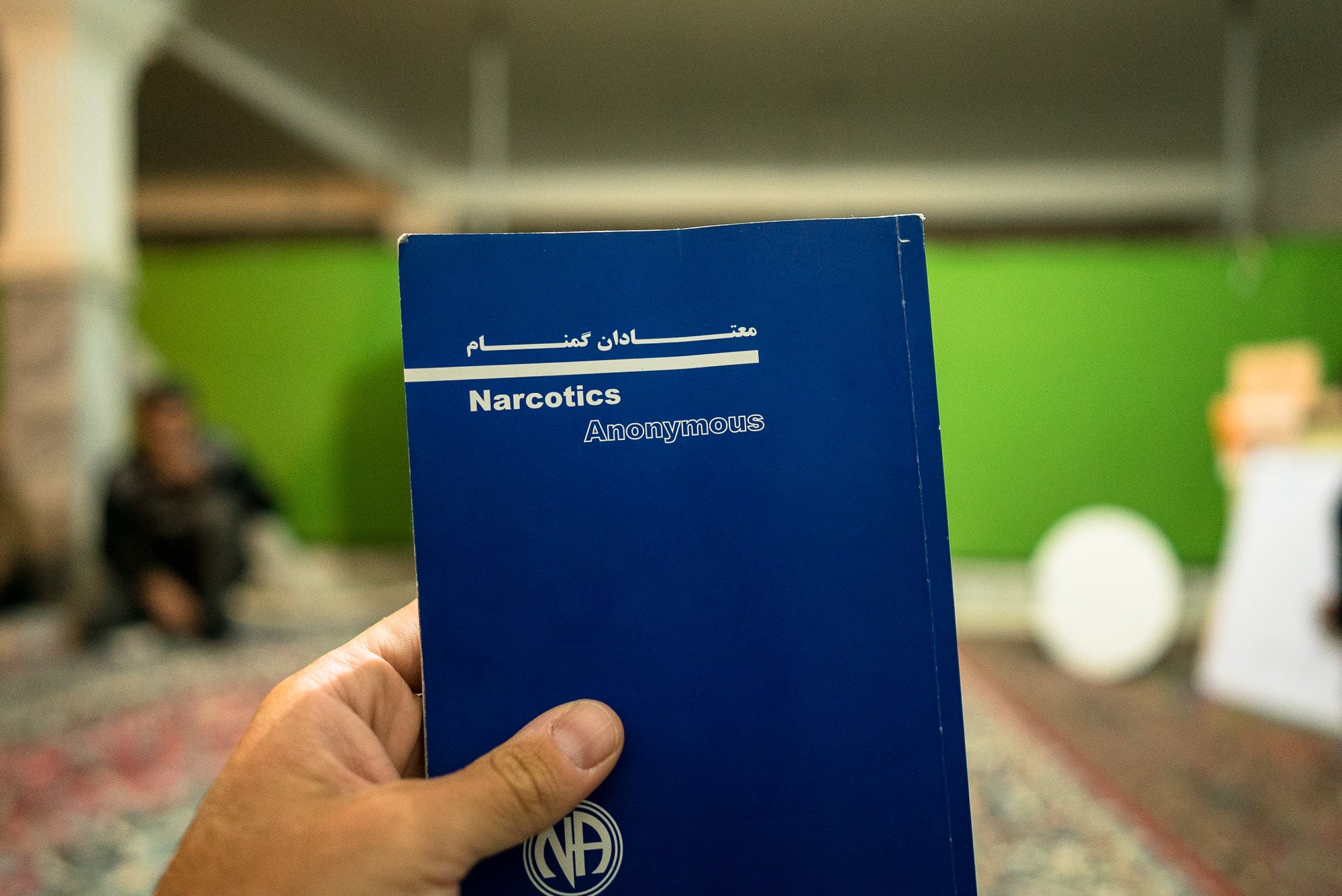 Narcotics Anonymous. They apparently had substance problems, and they were here to talk about them. The meeting lasted about an hour or so, then they left, and I had the whole place to myself: 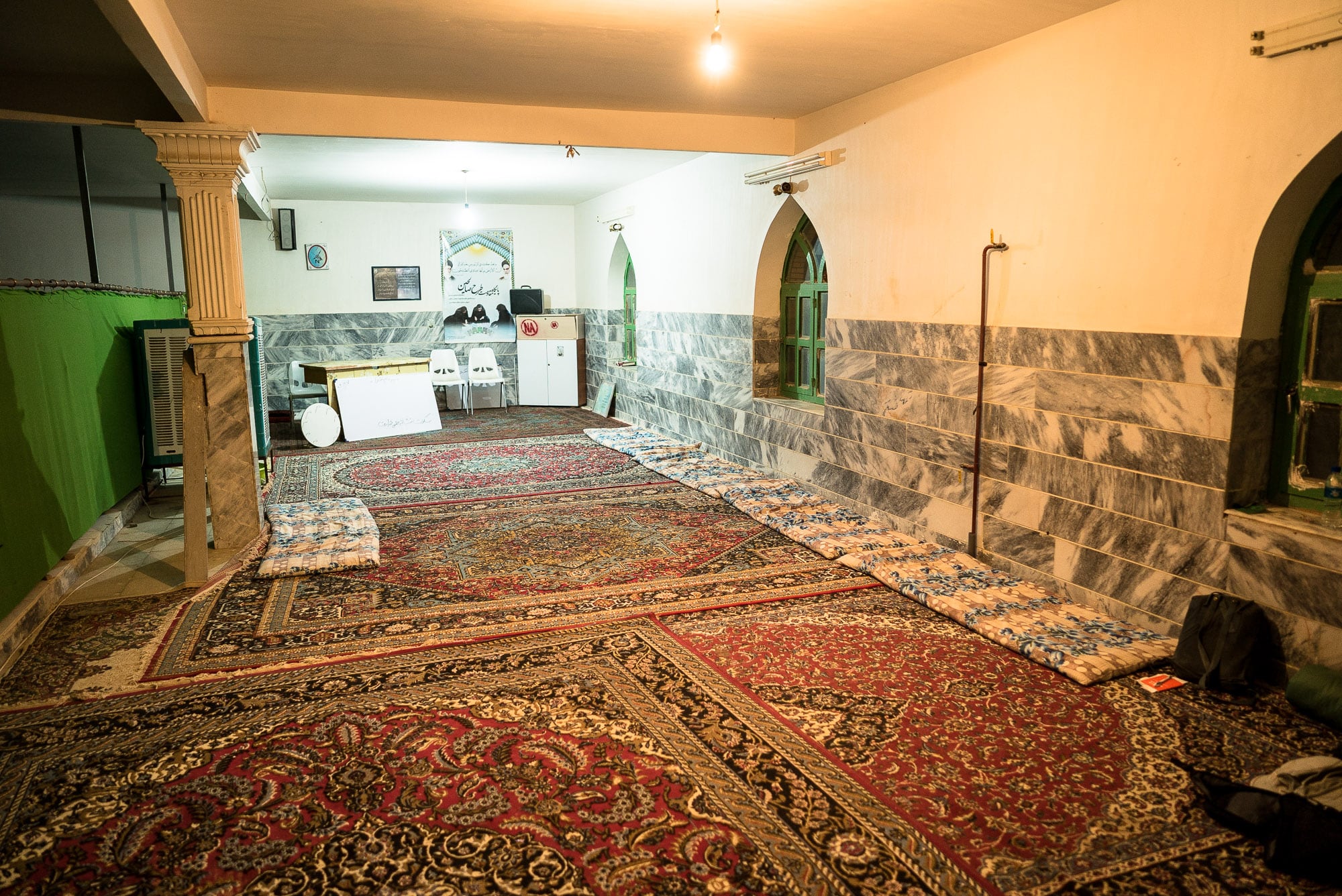 I couldn’t find the off switch for the lights, so I unscrewed them. Then I collapsed. And that was that.

Day 883
from Sarakhs to Gombazli