I decided that I needed a sim-card in order to access the interwebs. Also, I wanted to look at Iran. So I took my camera and went outside.

The actual city was about a kilometer or two to the north of the hotel. On the way there I saw a lot of these signs: 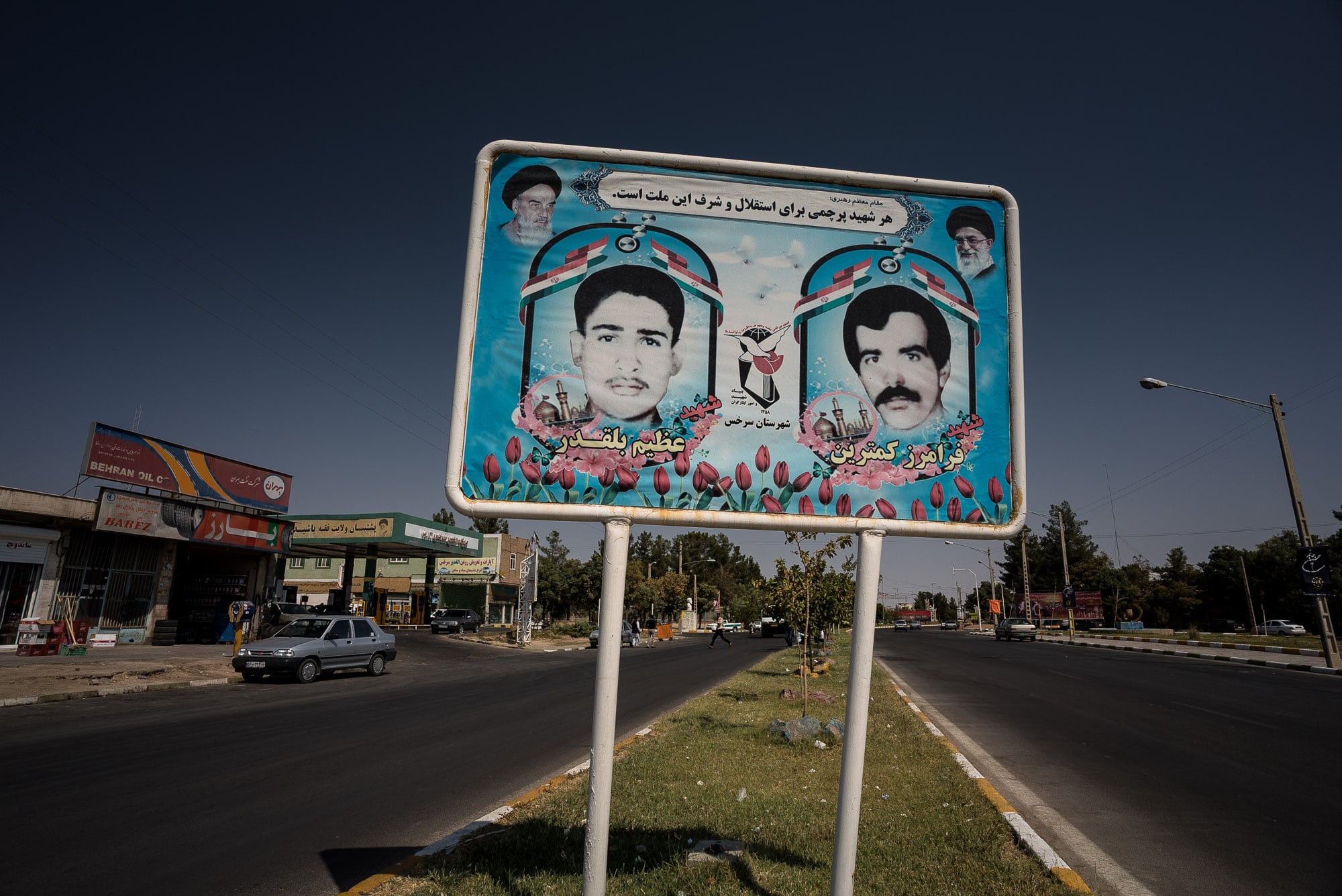 And I noticed that quite a few houses were painted in bright colors: 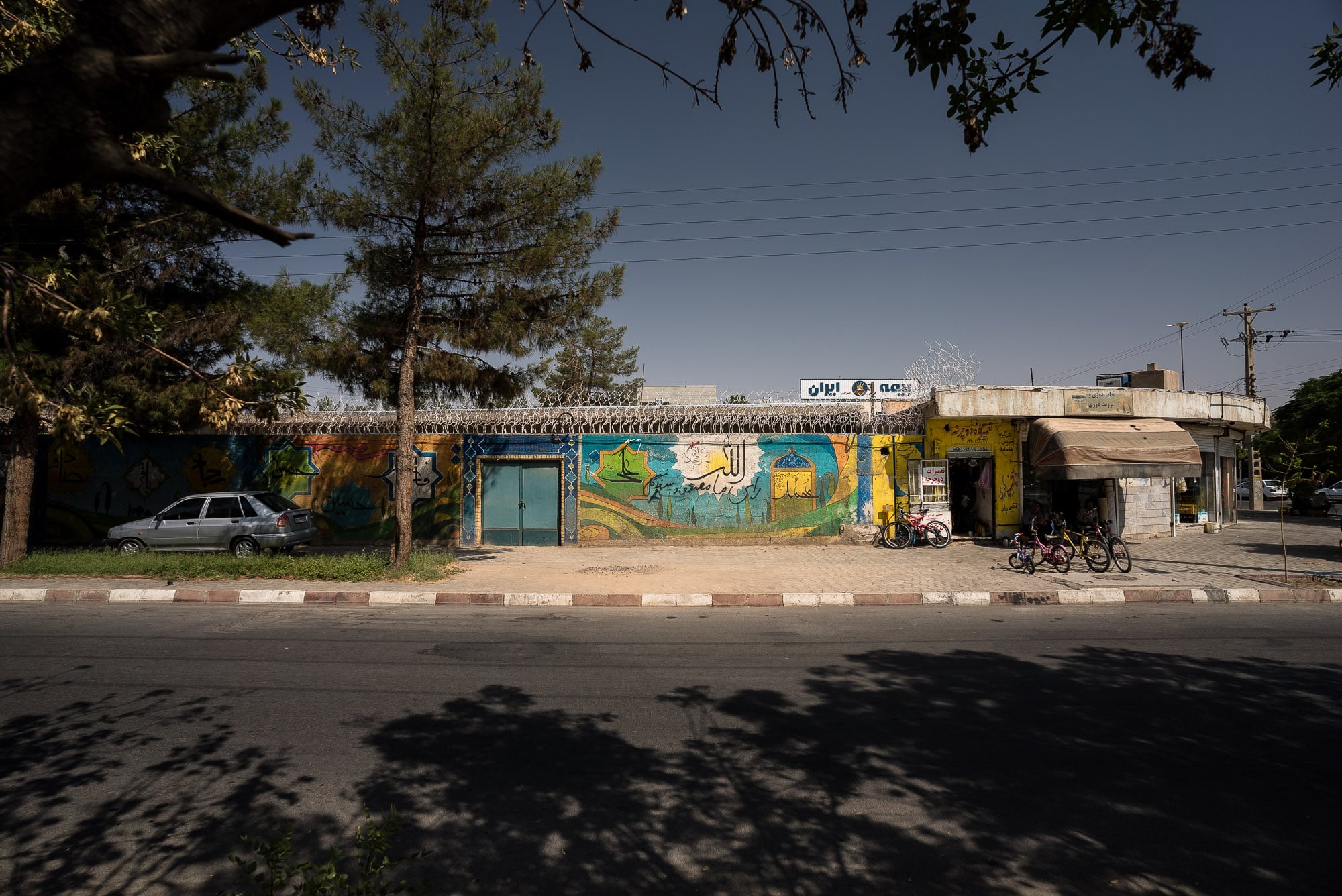 But then, just when I was taking a photo, two men appeared and grabbed my arms. They had beards and they wore suits. They didn’t say anything, they just tried to get me into a car. I assumed they were either police or criminals, so I asked: “POLICE?”

They responded in Farsi and doubled their efforts. I didn’t like that. If they were police, I would cooperate, but I sure as hell wouldn’t be forced into a car by some random strangers. So I resisted. A struggle ensued. There were some bystanders, but they just stared at us. It reminded me of China, where people didn’t help each other, because helping a victim could mean tainting yourself and becoming a victim as well, as if victimhood was contagious.

Long story short, in the end a uniformed police officer appeared and they handed me over to him. That’s when I relaxed. I was taken to the police station, then back to the border, where the customs officers explained to me in English that I needed permission to take photos in Sarakhs, as it was a border town. They added that I had that permission now, and that everything was okay, and that they were terribly sorry about the circumstances.

So again I came out of the customs buildings, and I went straight to the shop where I had changed my money on the first day.

The guy who worked there was very friendly: 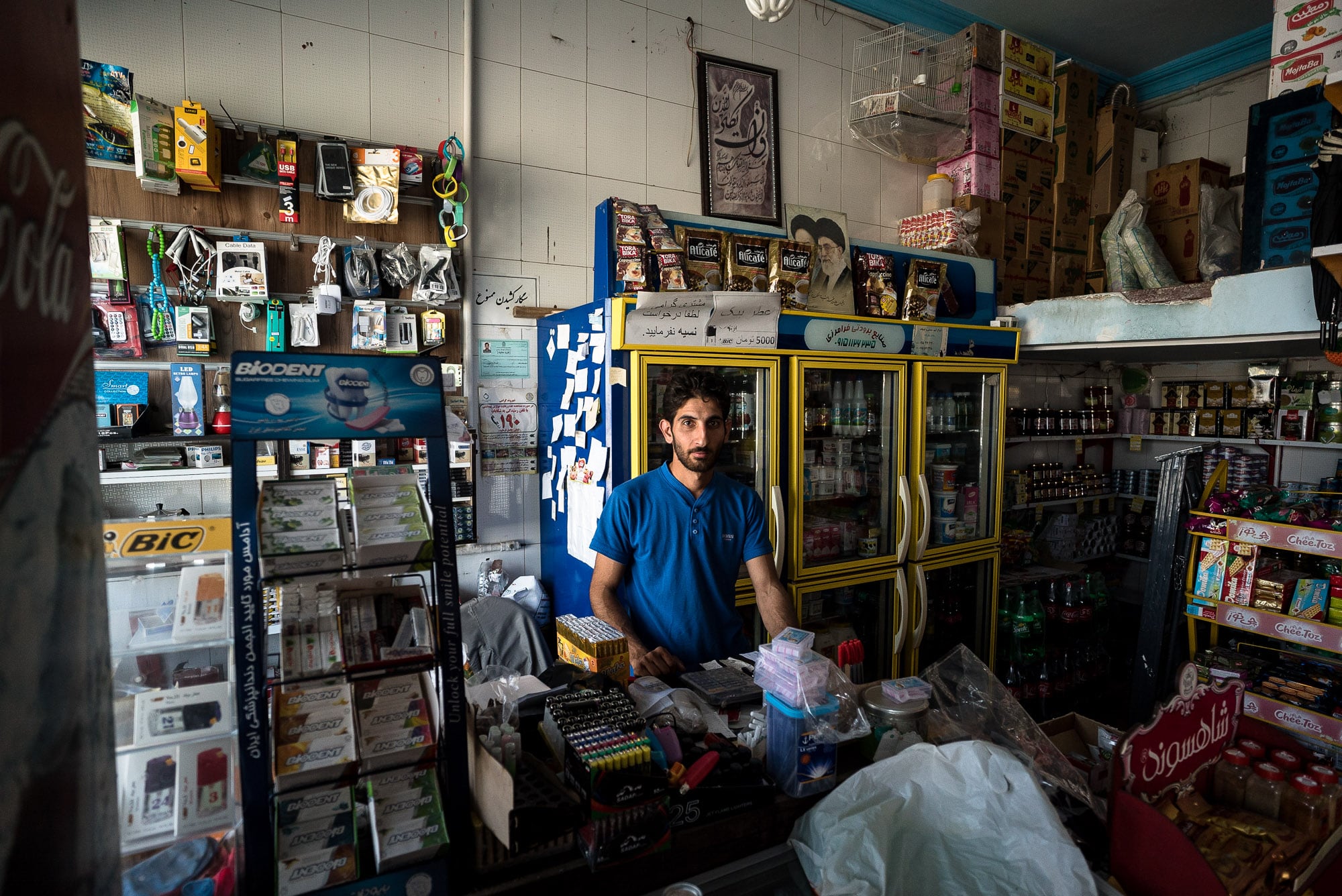 I got some water, and when I did I noticed this: 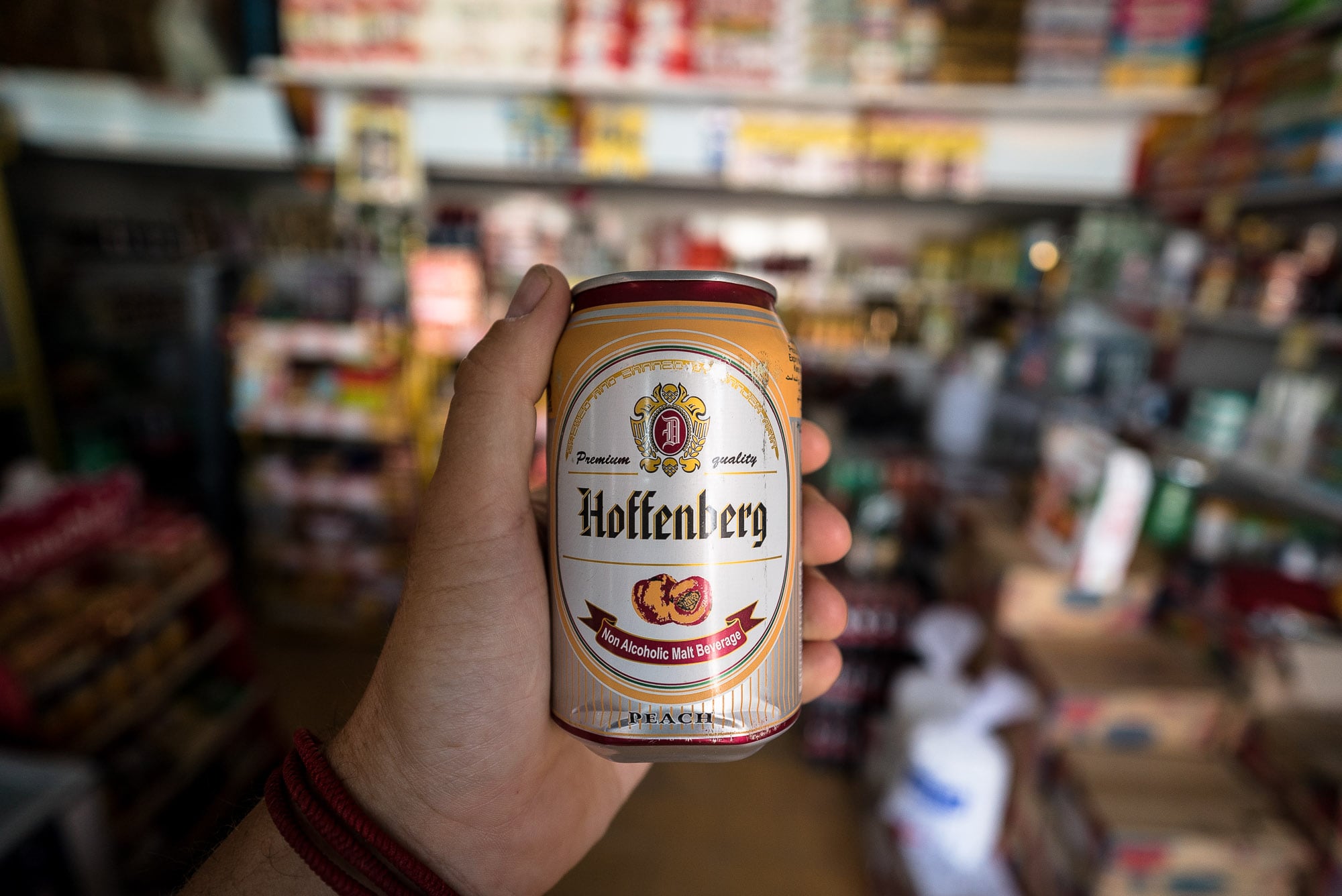 As alcohol was illegal in Iran, “non-alcoholic malt beverages” were apparently a thing. I didn’t try it. I would do that another time.

So I went back to the hotel, the place where I had started my stroll around town a few hours earlier: 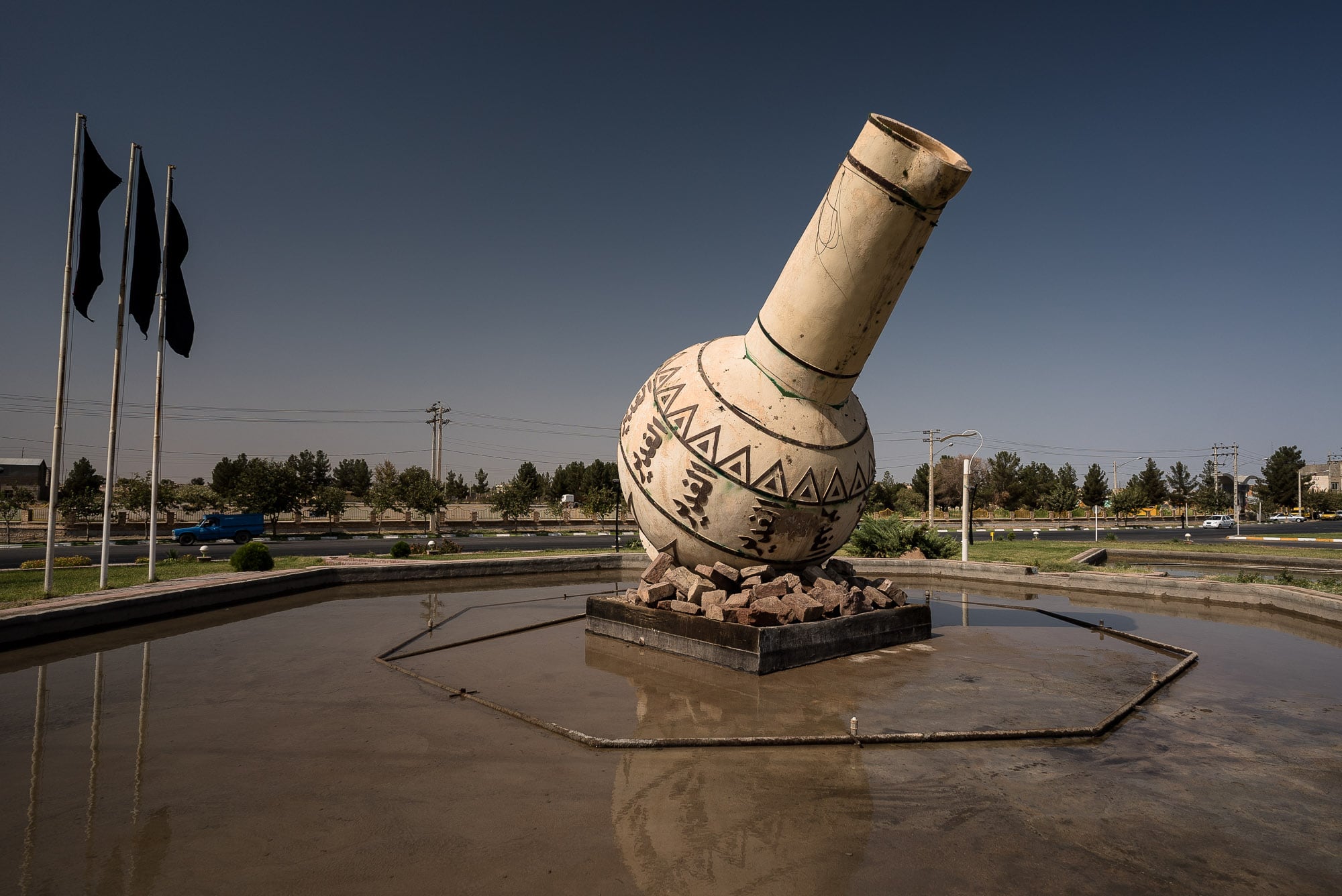 Then I walked through Sarakhs again.

There were little pavilions everywhere, and all the women that I saw were wearing the chador: 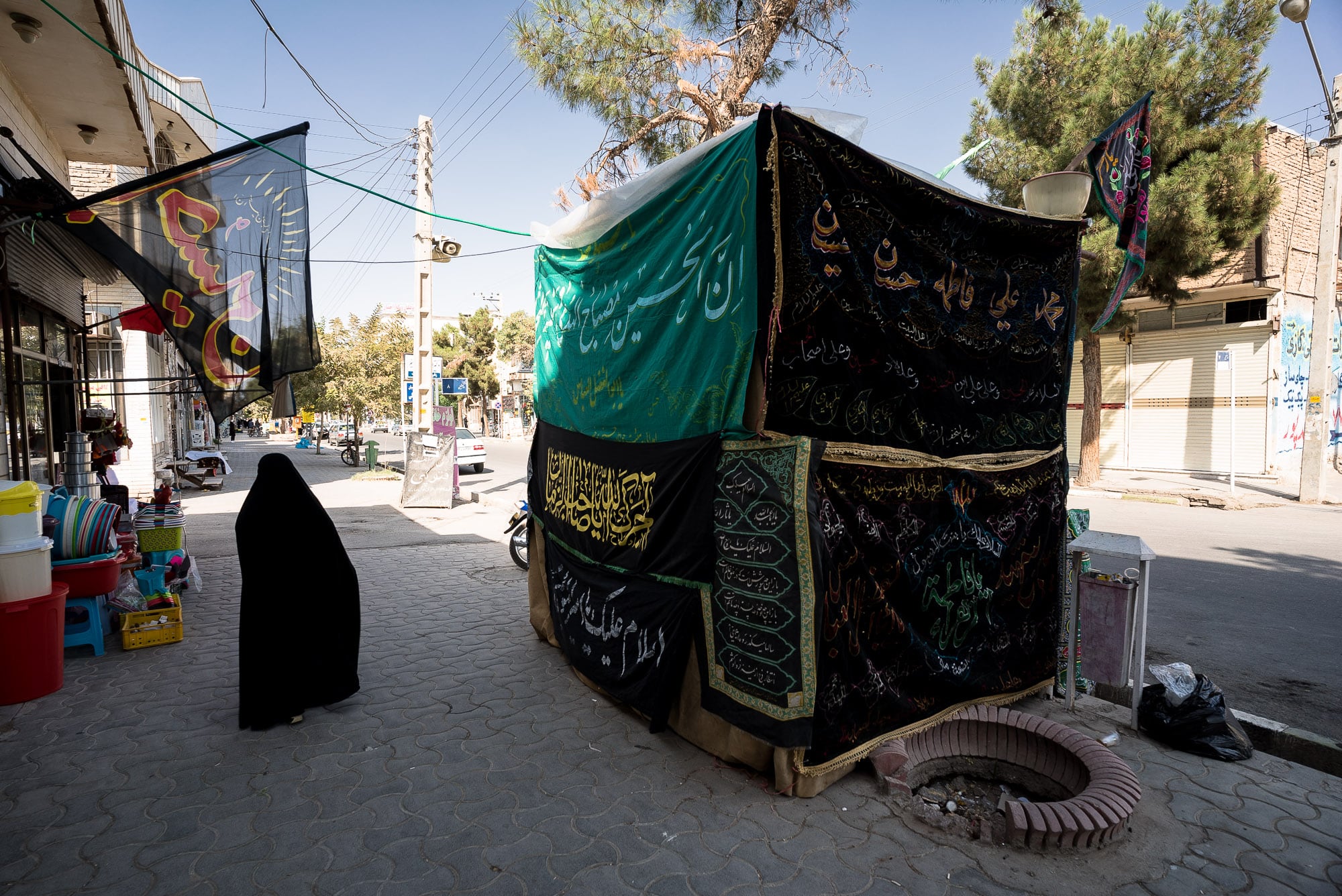 Some of the pavilions were blasting loud music, and they apparently offered tea: 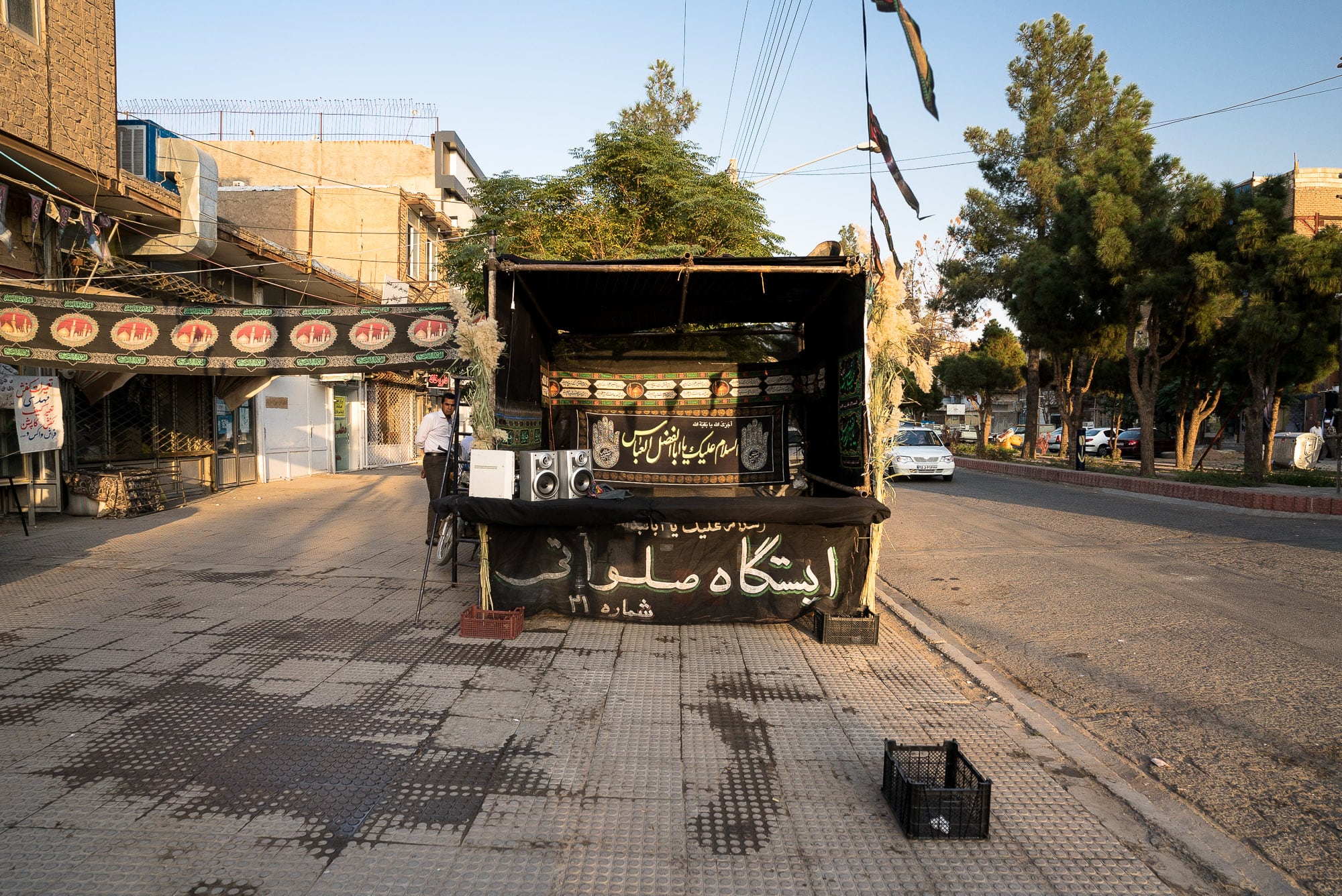 I didn’t know what to make of all this.

The colorful houses were nice, though: 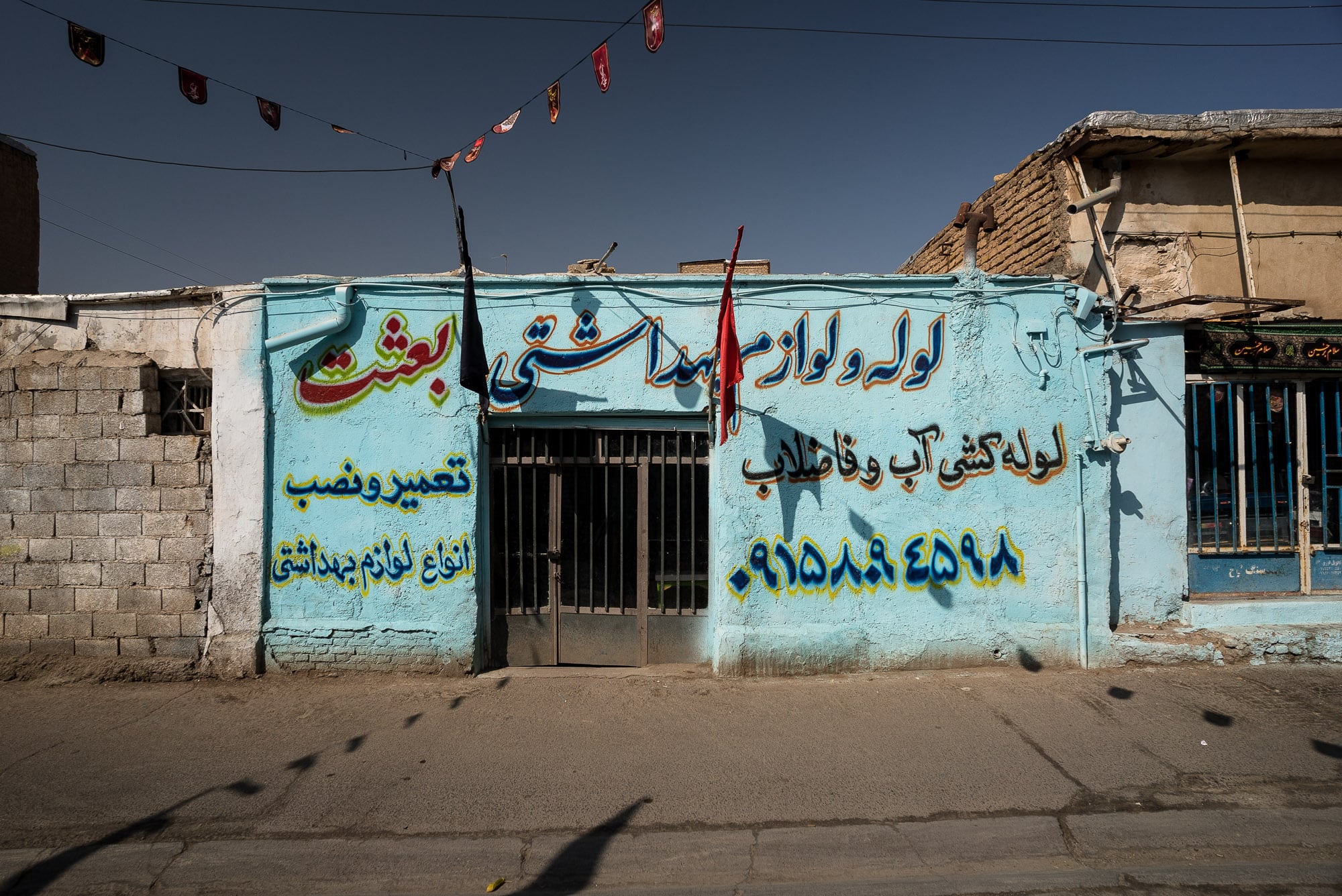 I ended up in a restaurant with painted walls: 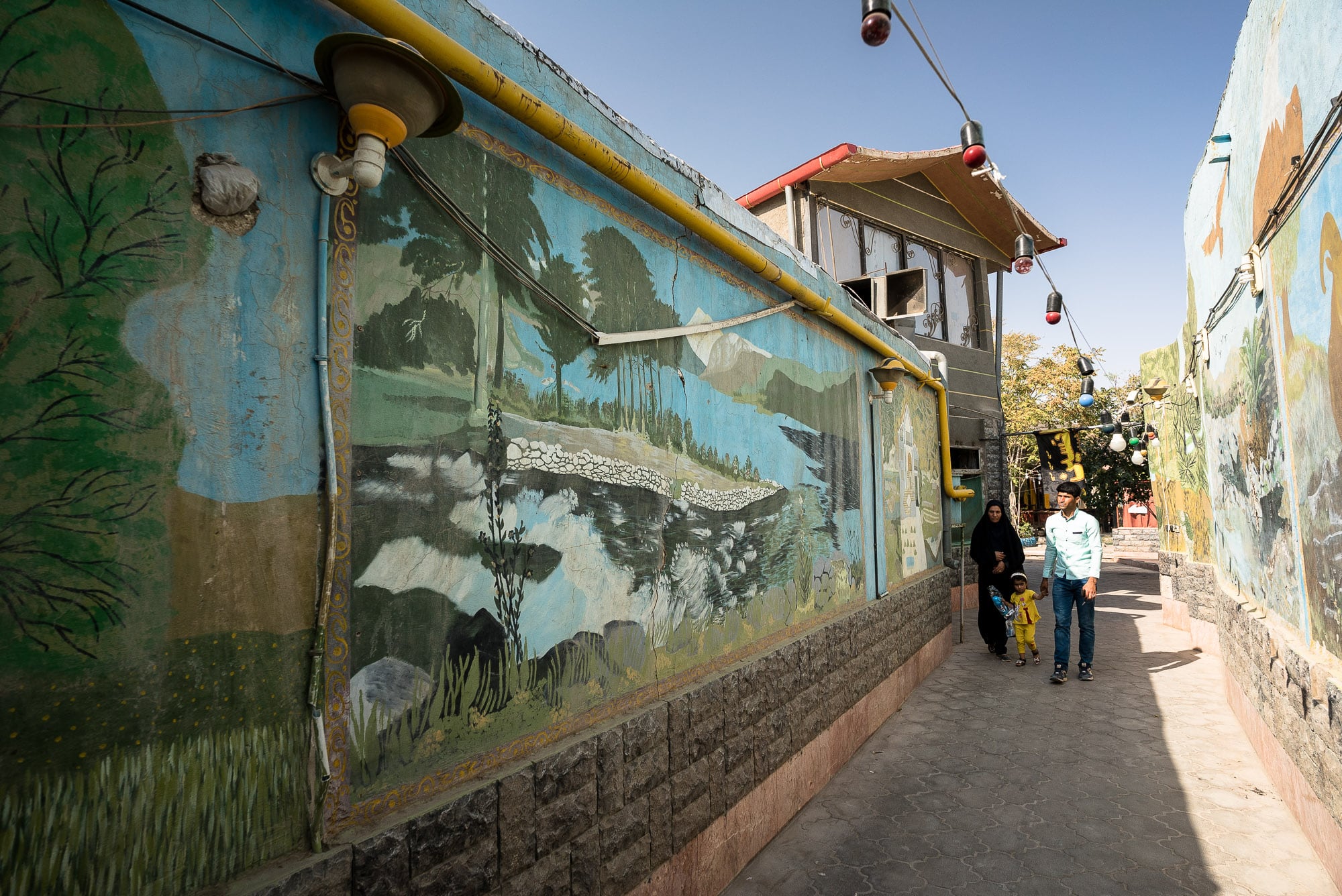 And since I was unable to read a single letter on the menu, I went into the kitchen and pointed at one of the pots: 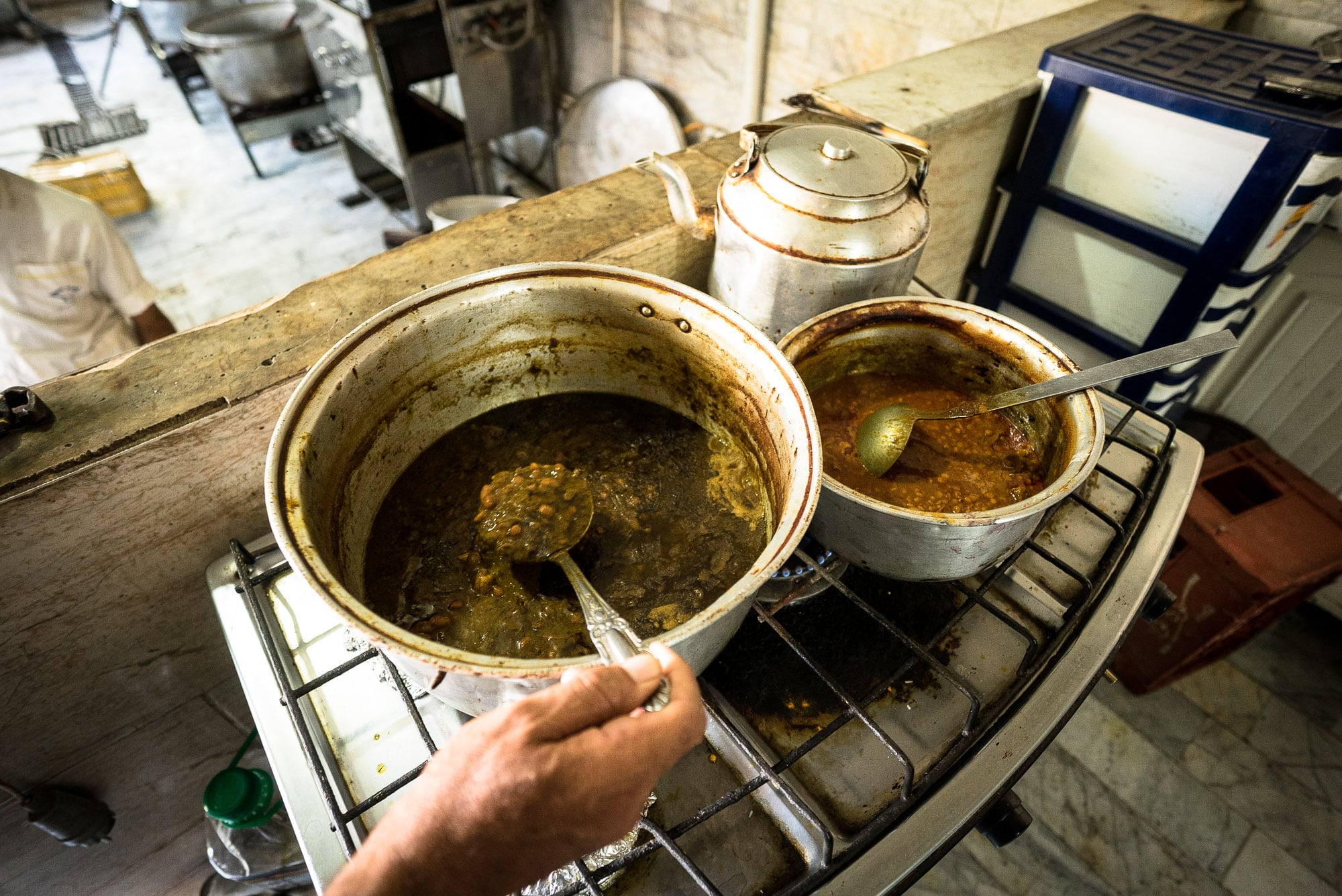 It was pretty tasty: 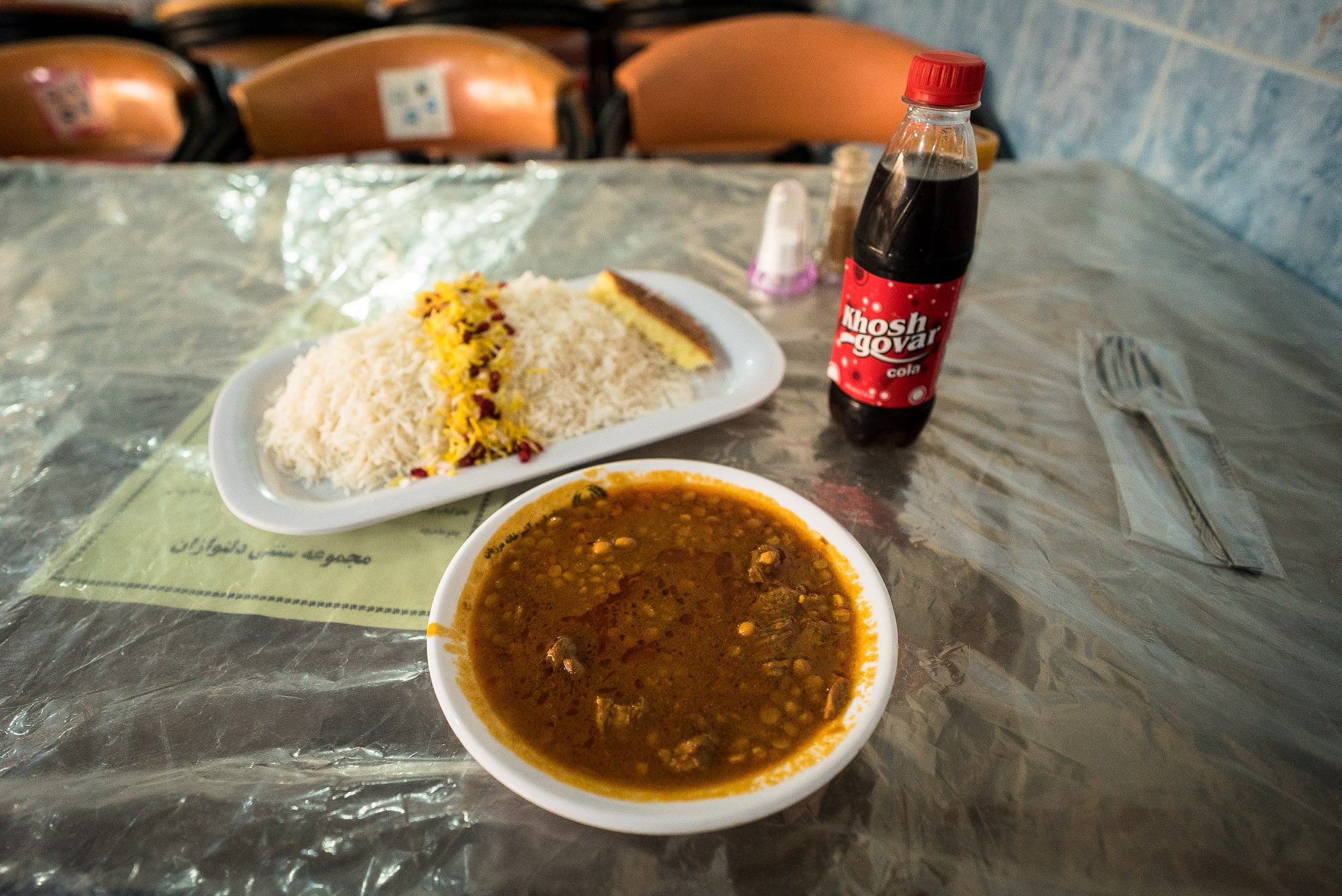 It was a new experience for me to be in a place where I spoke absolutely zero of the language, and it was frustrating at times. But the people were all pretty friendly, and the restaurant owner and I managed to have a little chat about where I was from and what I was doing.

Then he showed me the artworks on his walls: 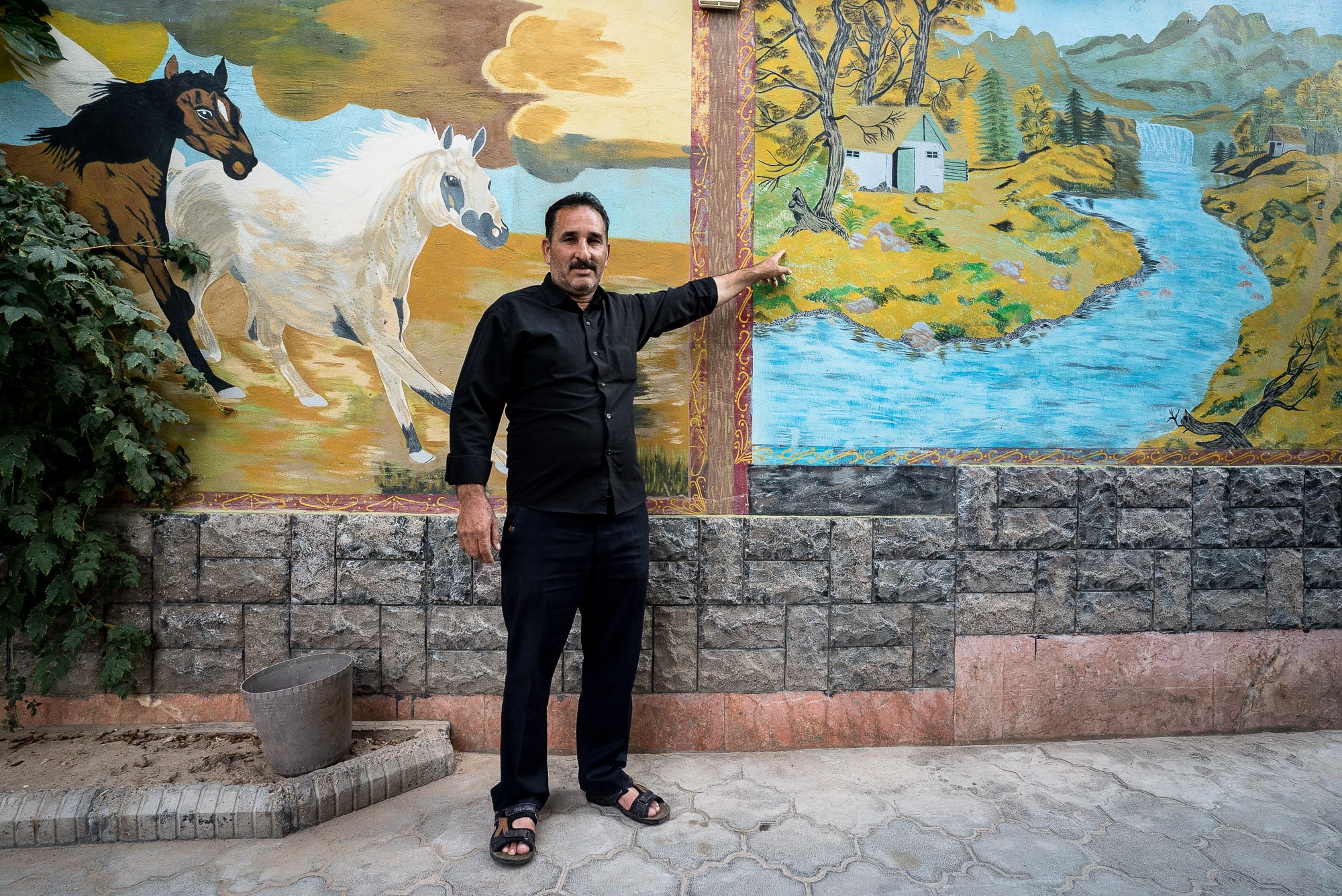 I eventually managed to get a sim-card, which felt like a giant victory. Then I walked around some more. The people were all very friendly and interested, and some even asked me to take their photographs: 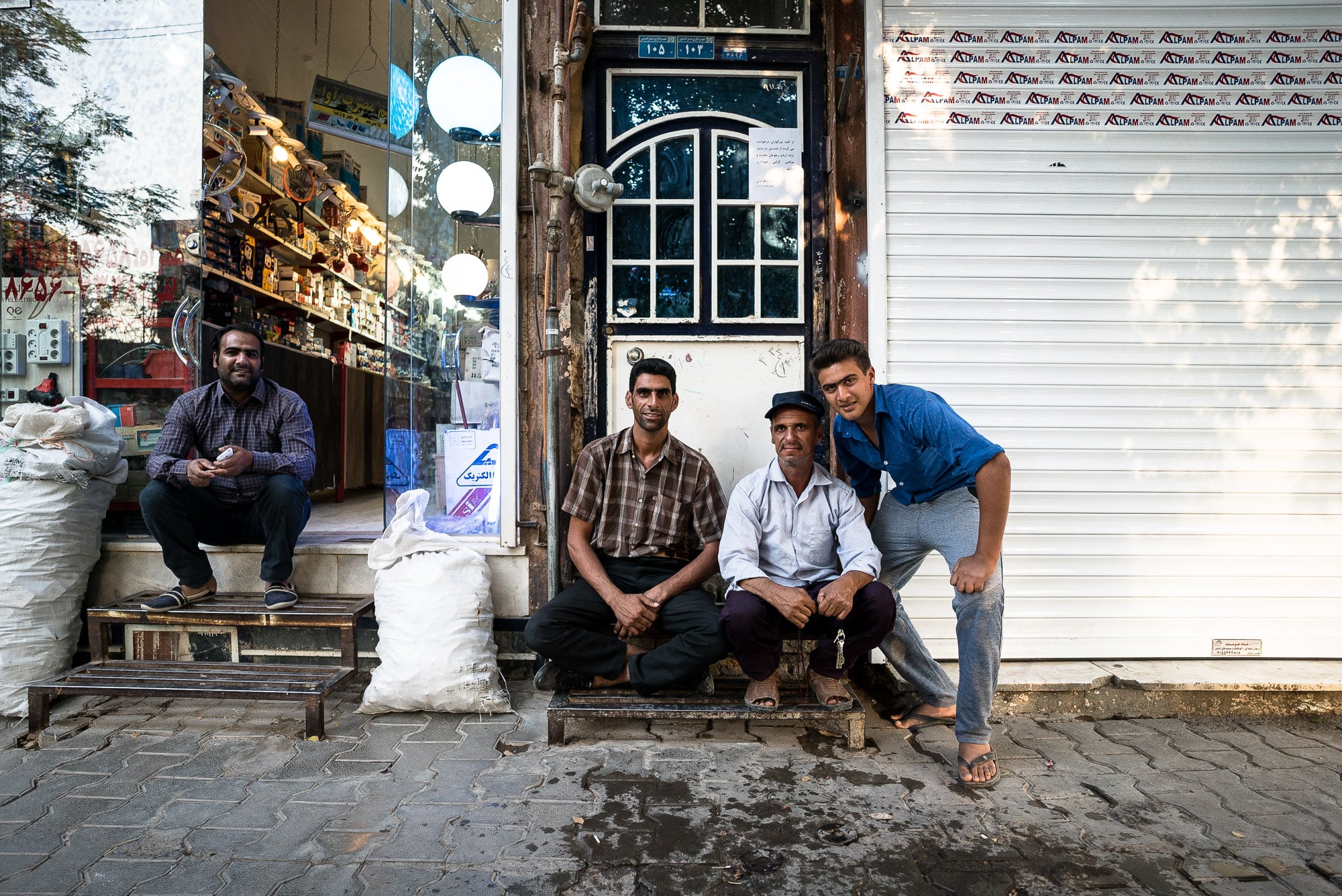 I wasn’t going to have a full dinner after my late lunch, so I went to a little store: 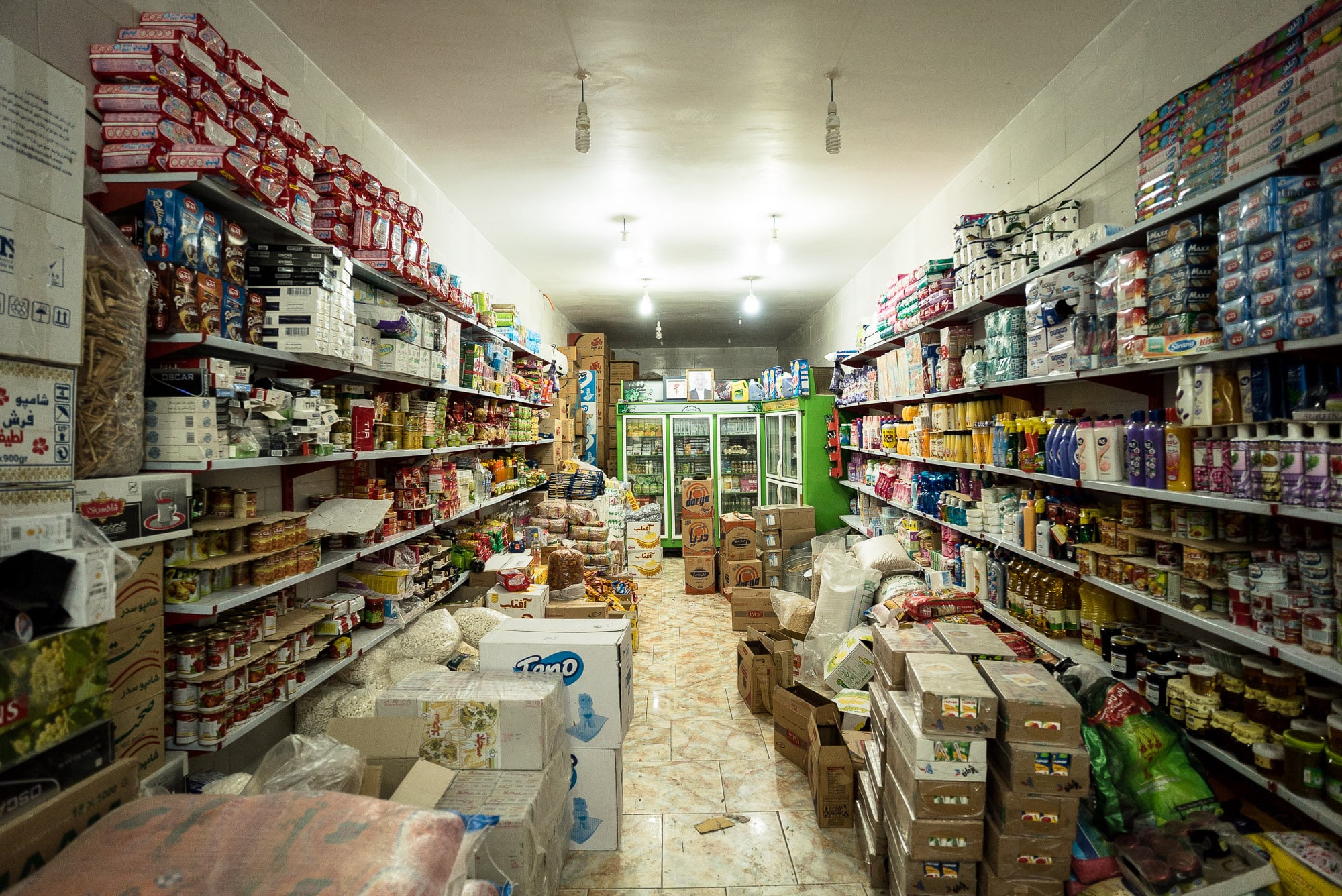 And I got some bread, and a nice little watermelon: 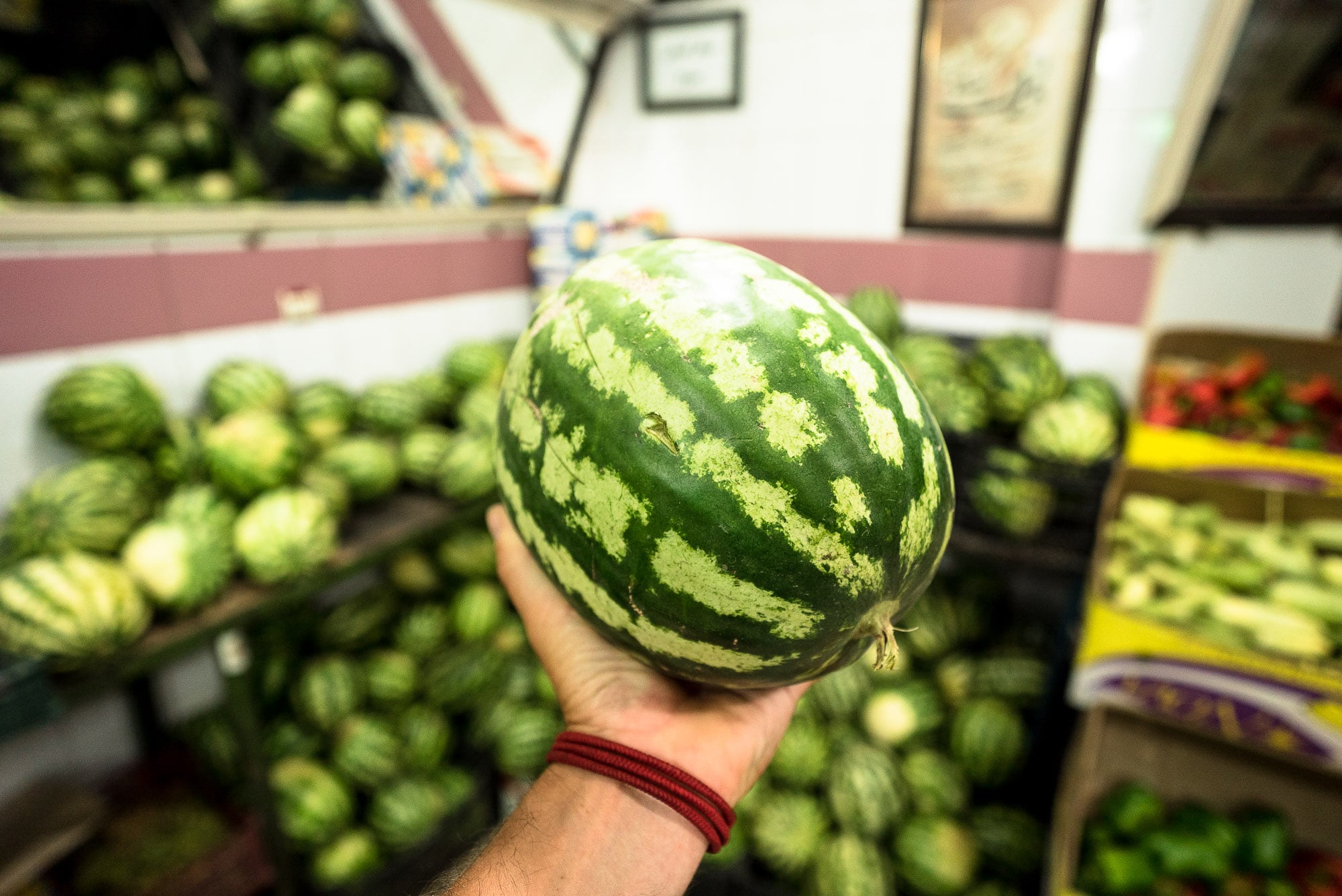 Then I went home, just as the mosques were calling people to prayer: 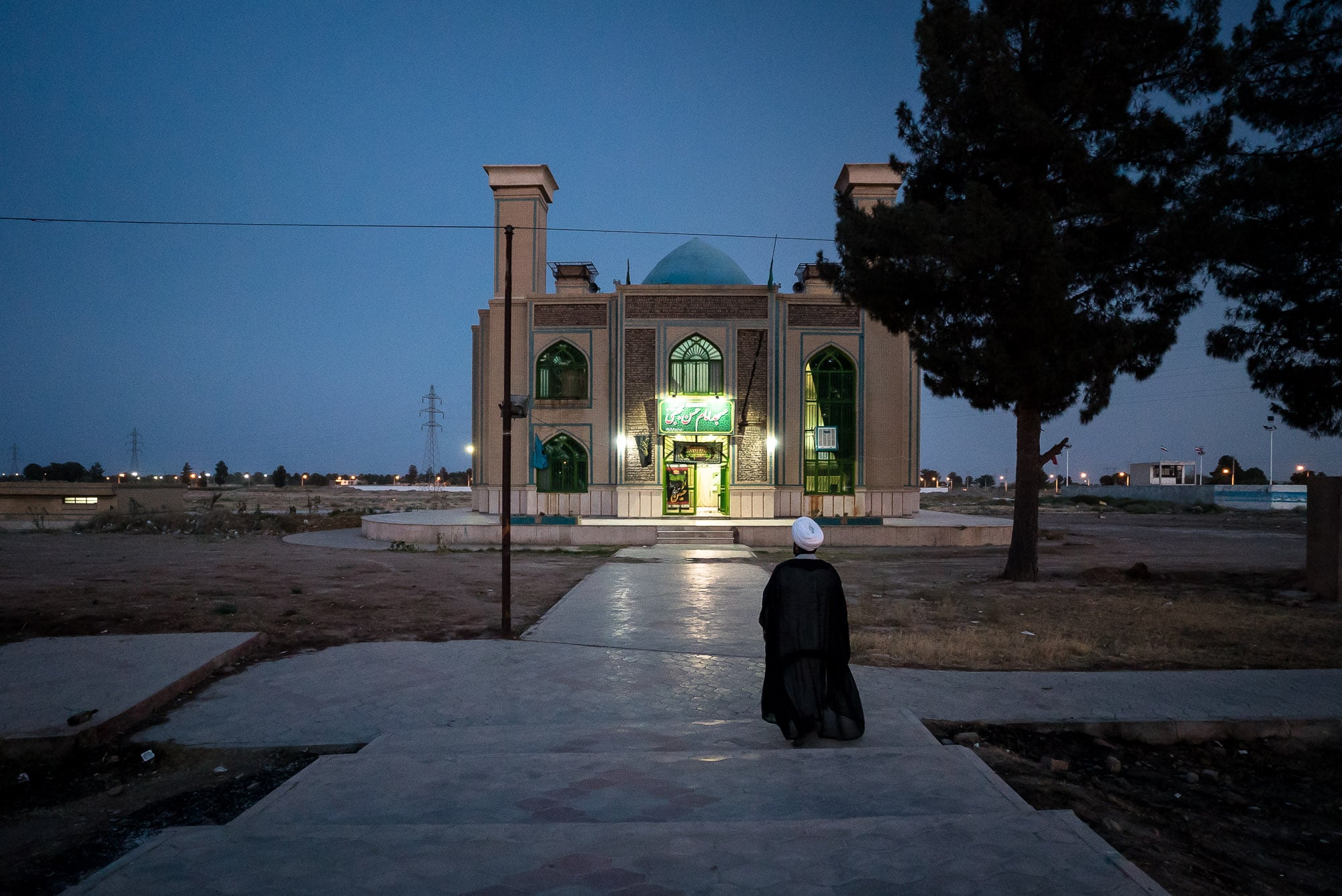 Here’s a few clips I made during the day: