When we finally left Gulistan, we got terribly lost in its bazaar: 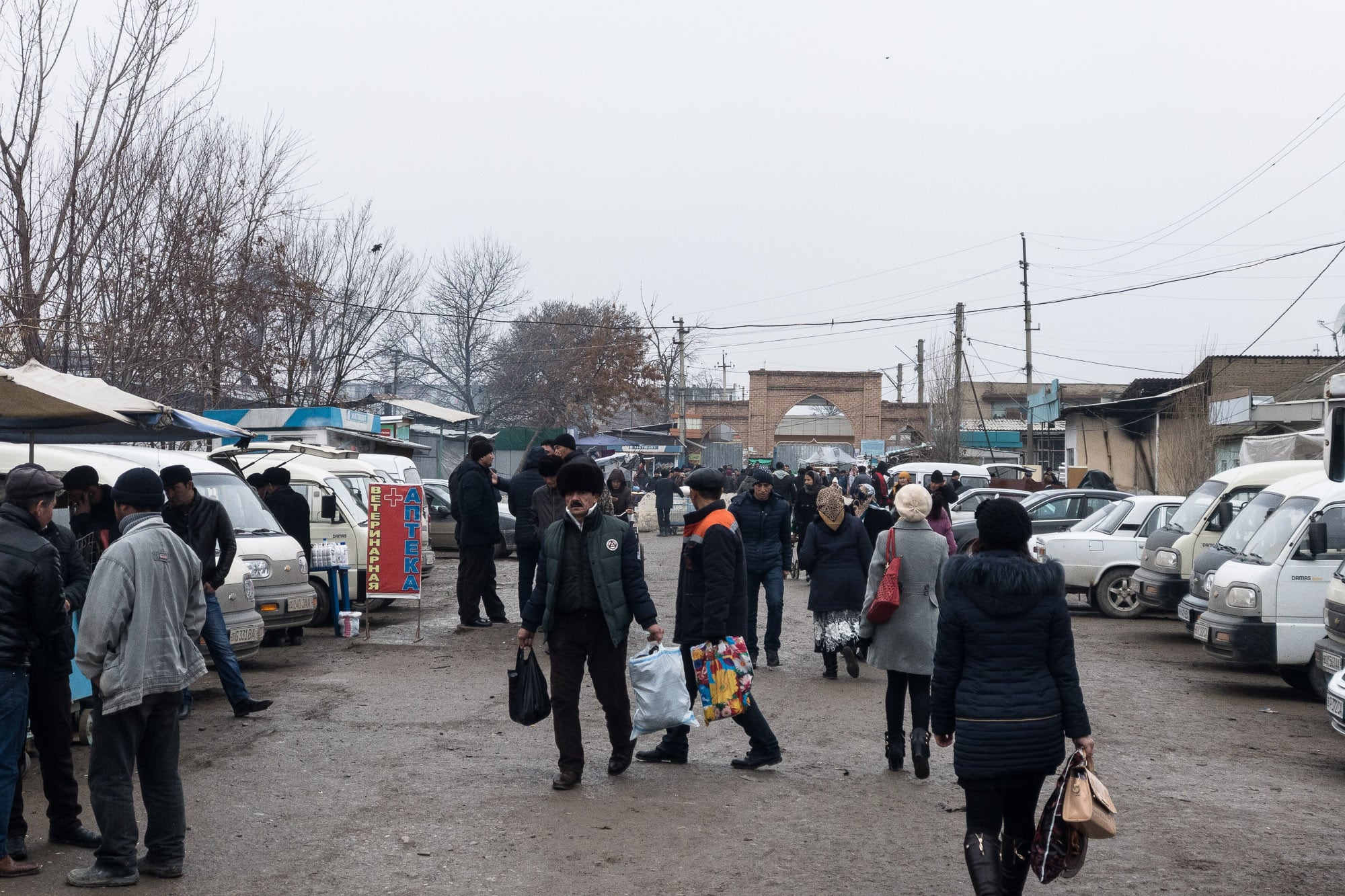 See the gate in the back of the picture? That wasn’t the way out.

Well, we walked past Christmas decorations… 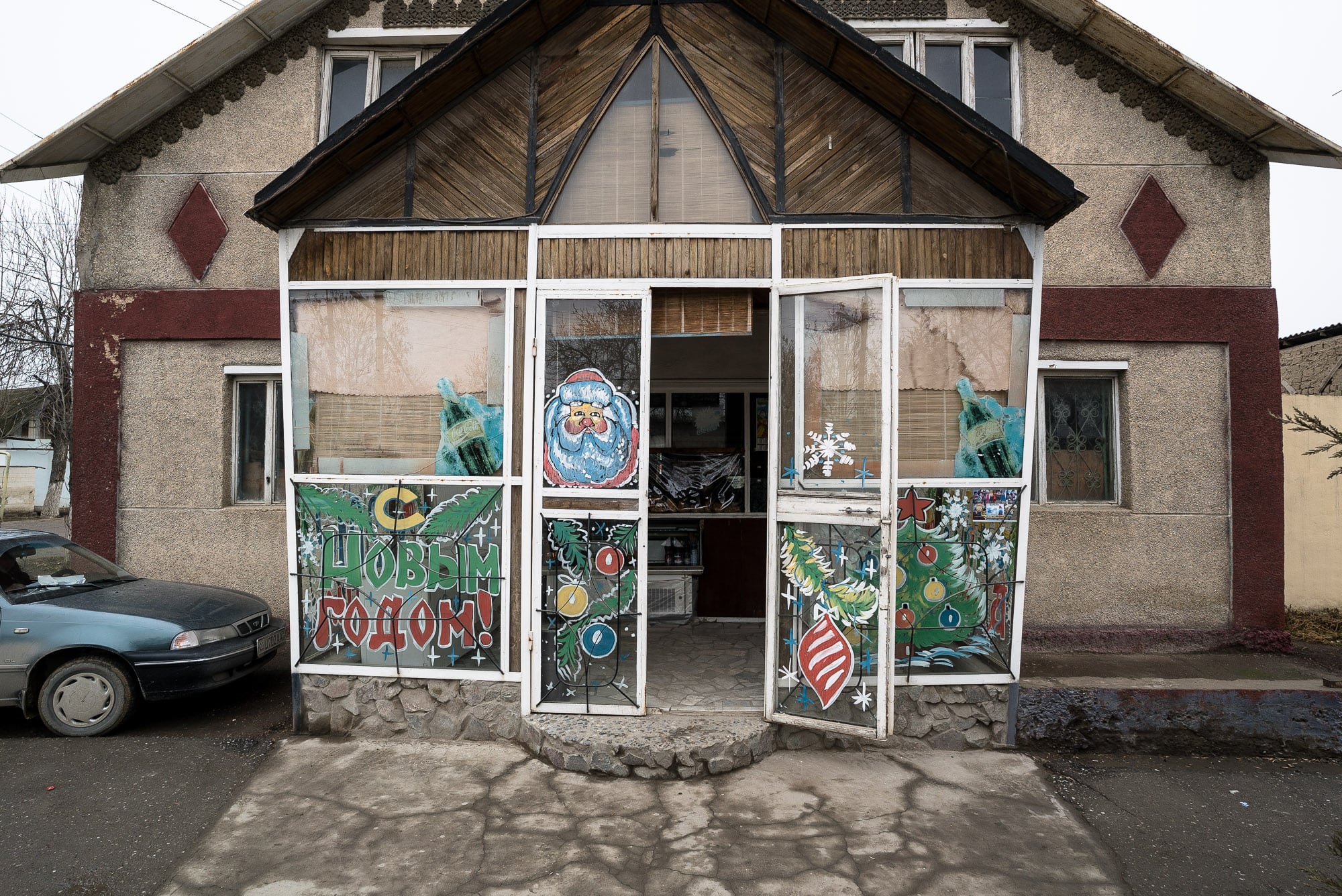 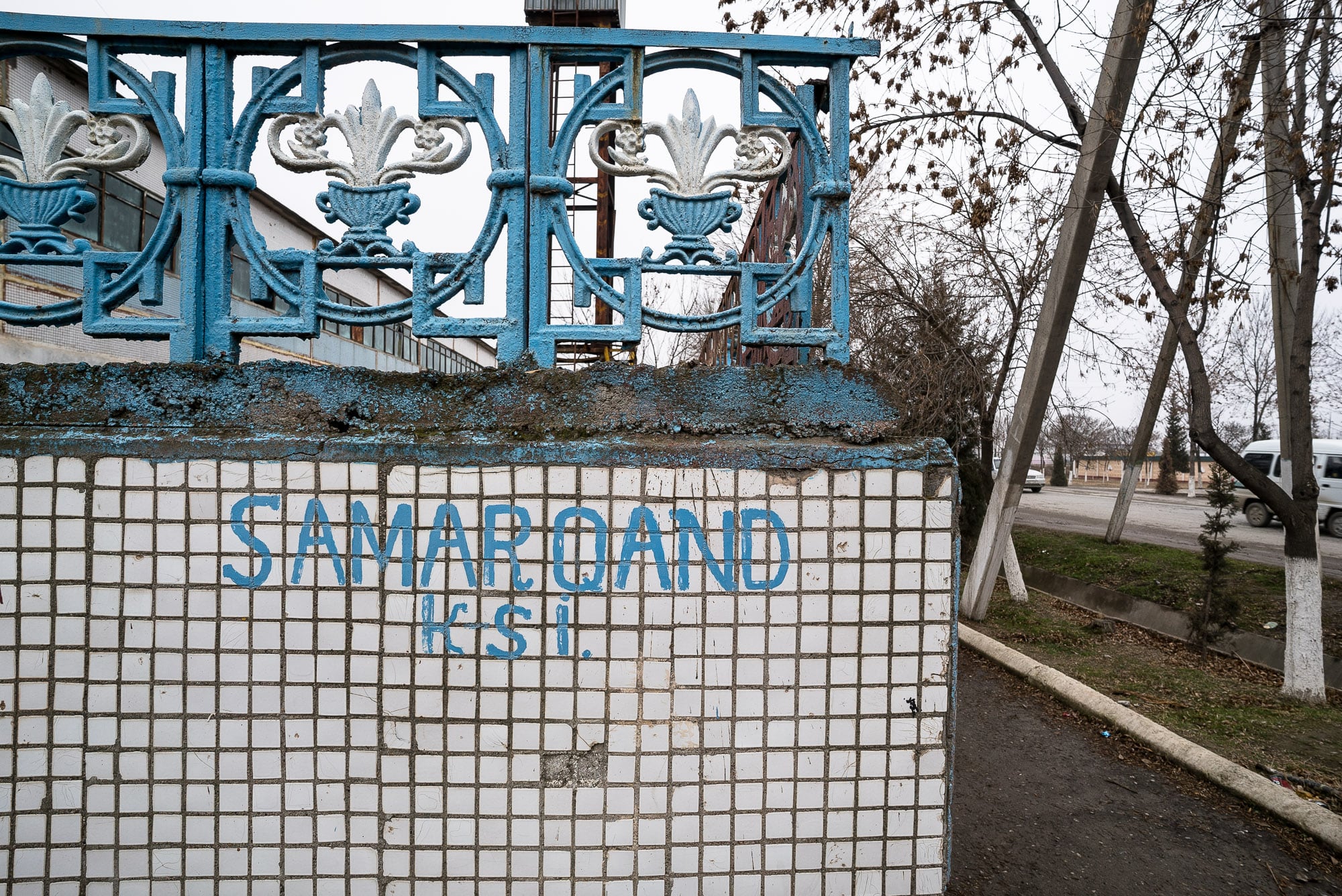 This was the first time that I had ever seen the name Samarqand outside in the real world. I was excited.

A long bridge led us out of town, and when it did, it presented us with a view of this perfectly good road: 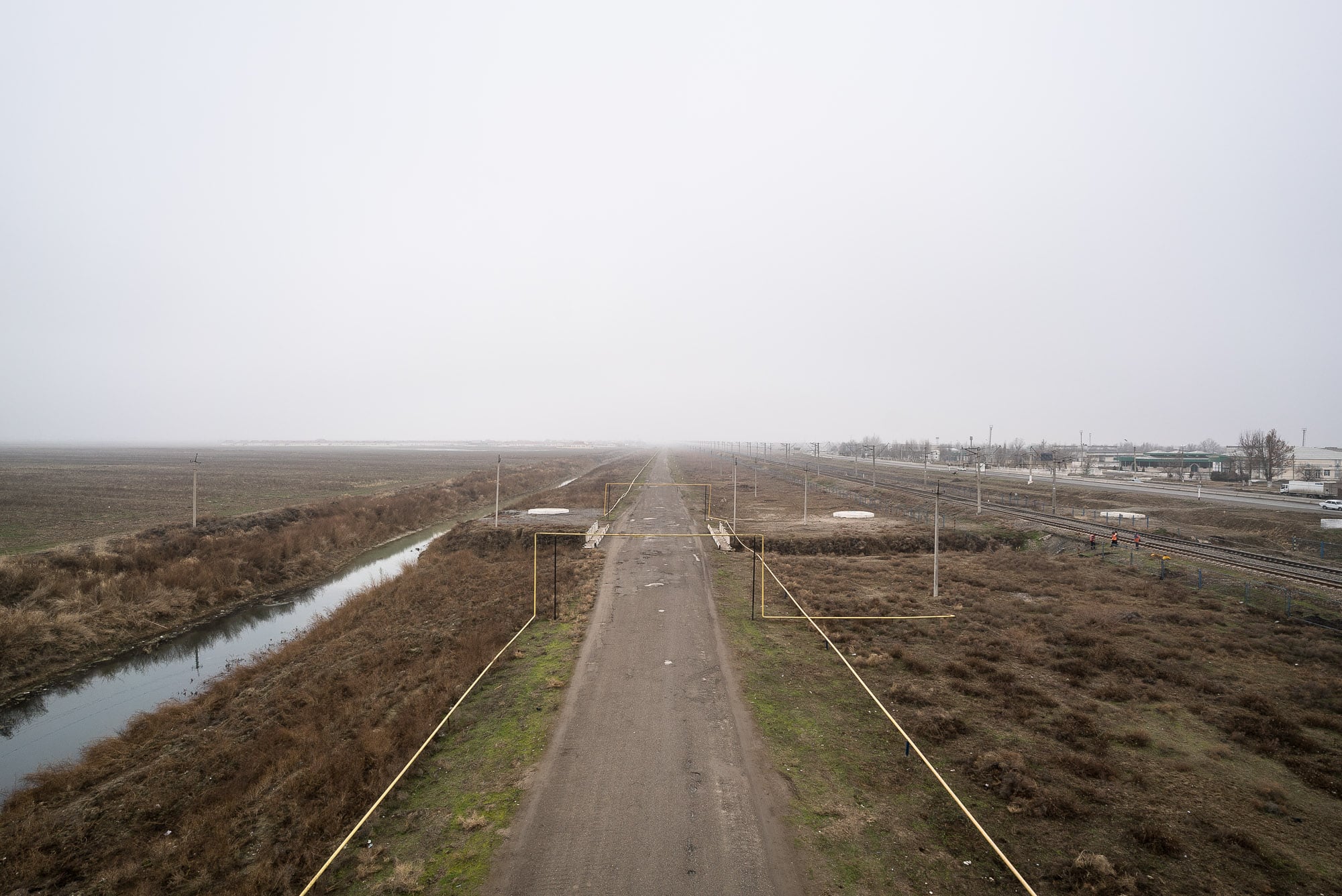 Now THAT was a good road: no cars, no large potholes, and perfectly straight as well. But alas, we could not reach it! Instead, we had to go back to the main highway: 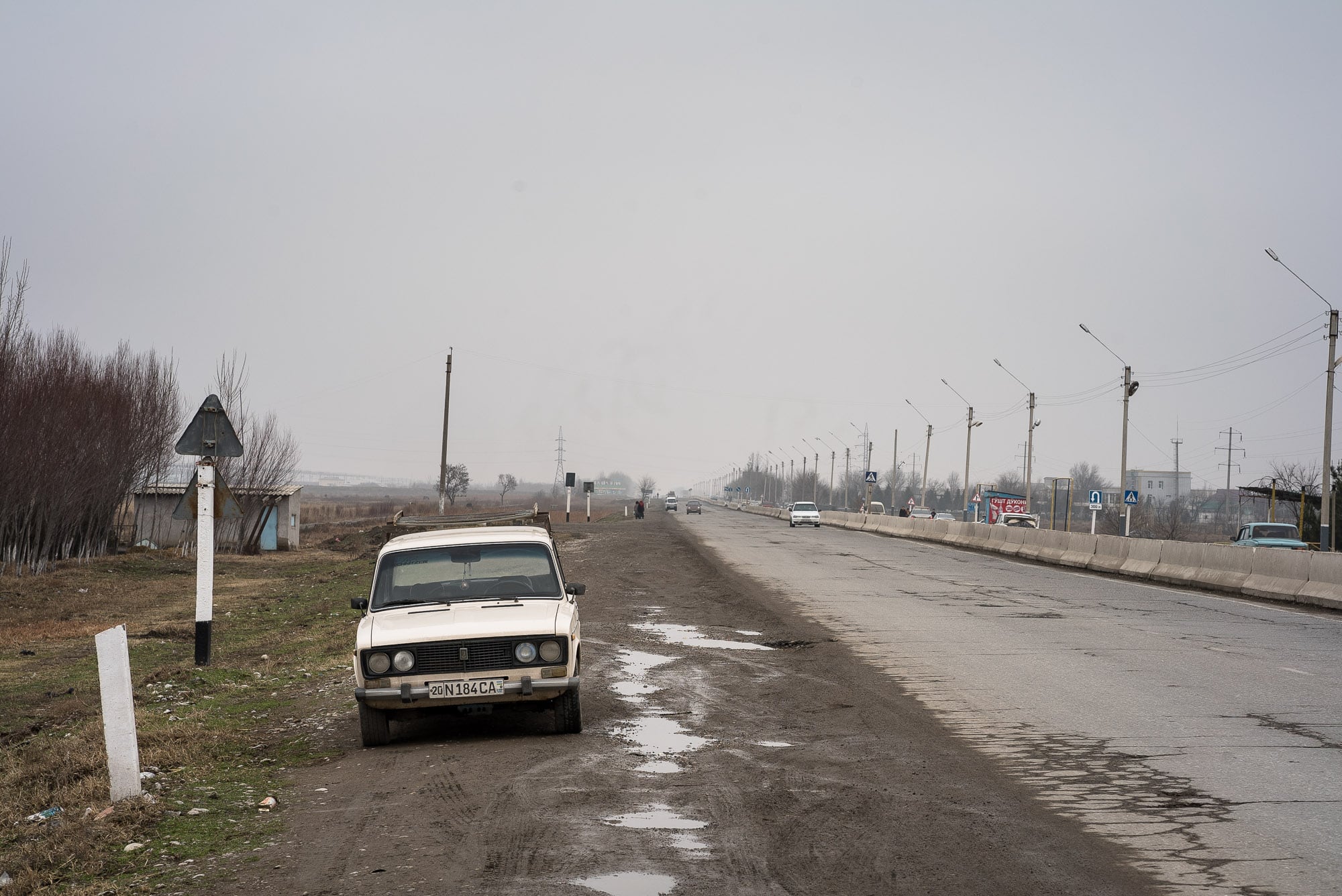 It was still the same as before – two lanes in each direction, filled with unbelievably reckless drivers:

Sometimes we saw tranquil scenes next to the road: 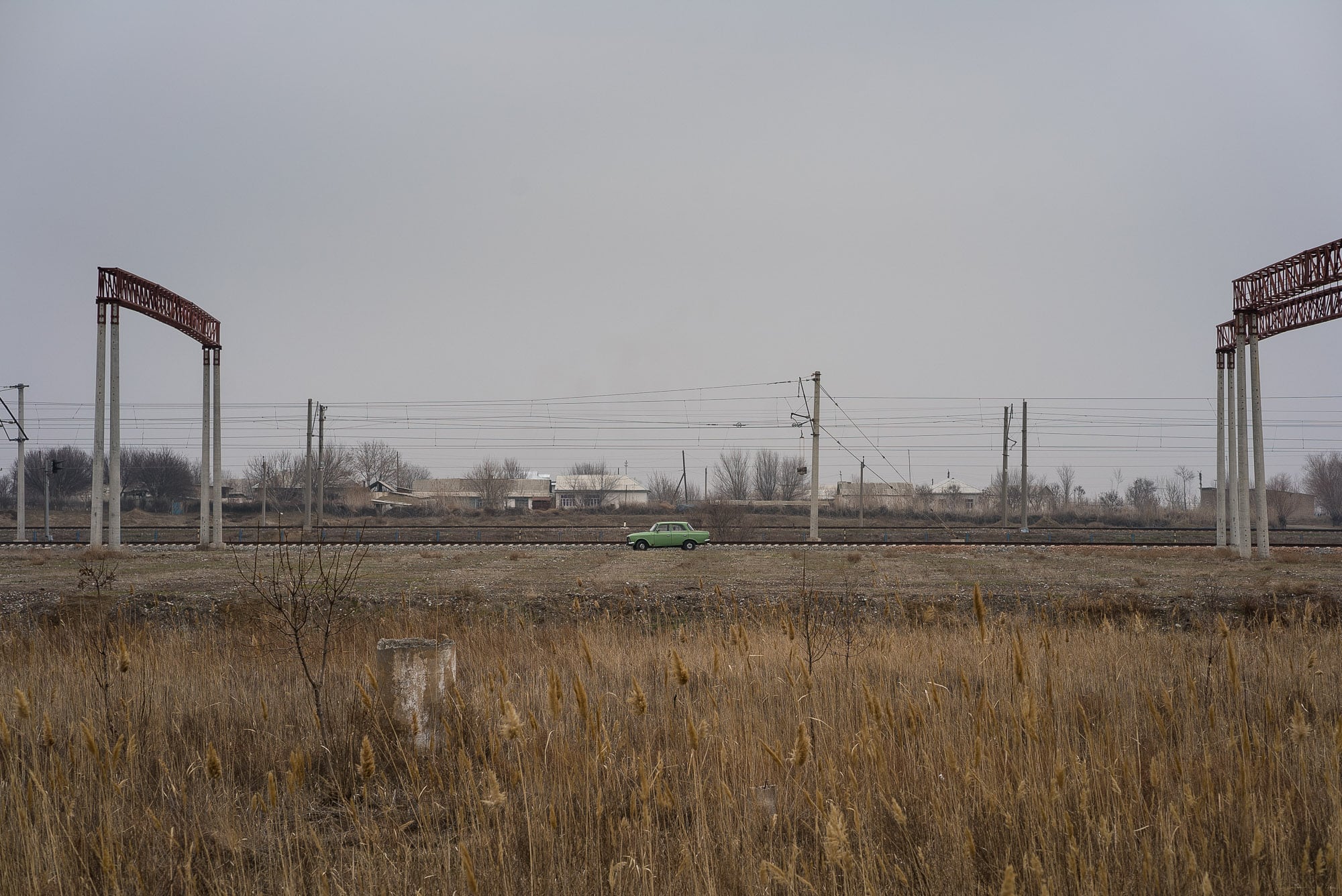 And sometimes, during its best moments, the road itself was tranquil: 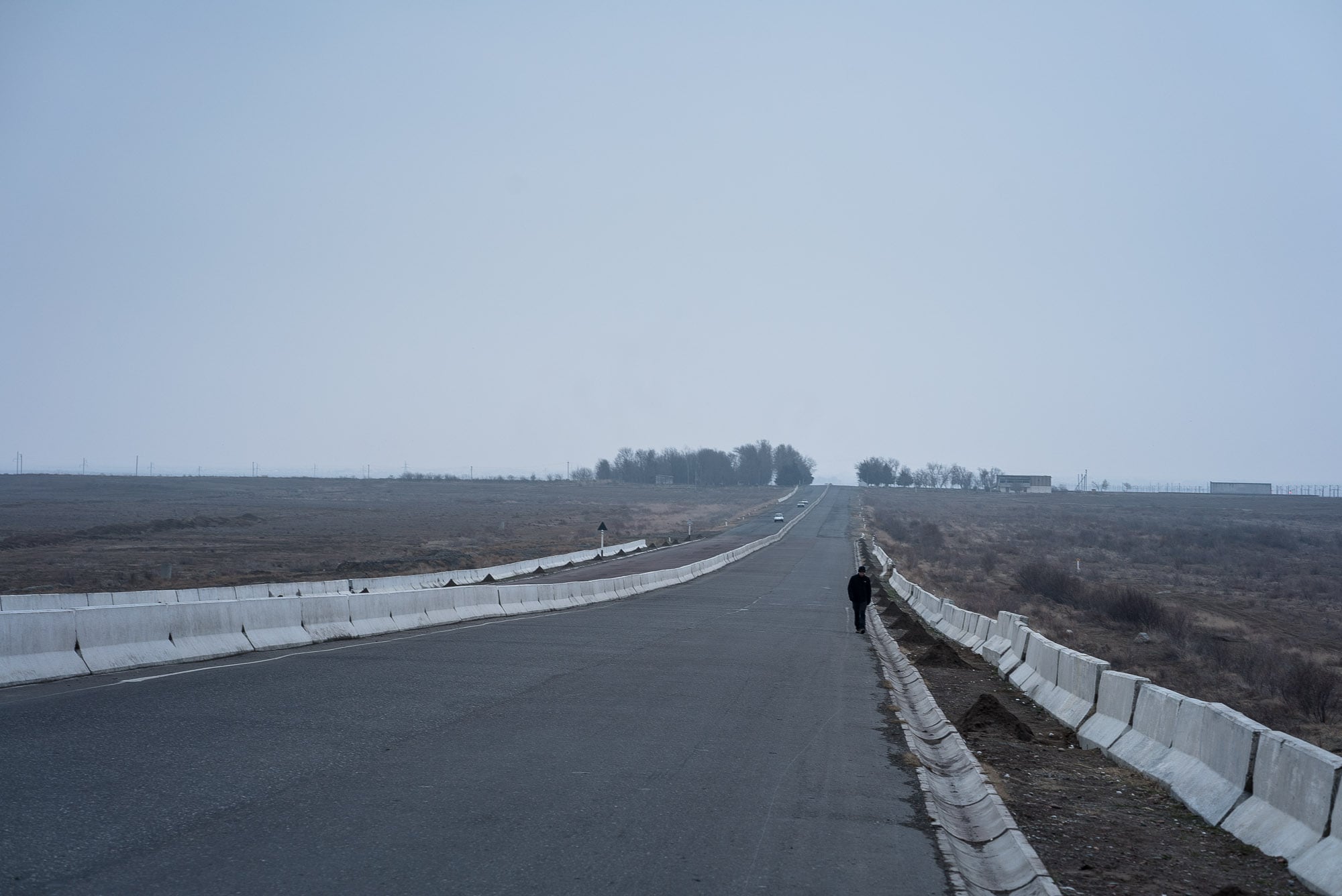 We arrived in Yangiyer right about sundown, and when we did, we got stopped by the police: 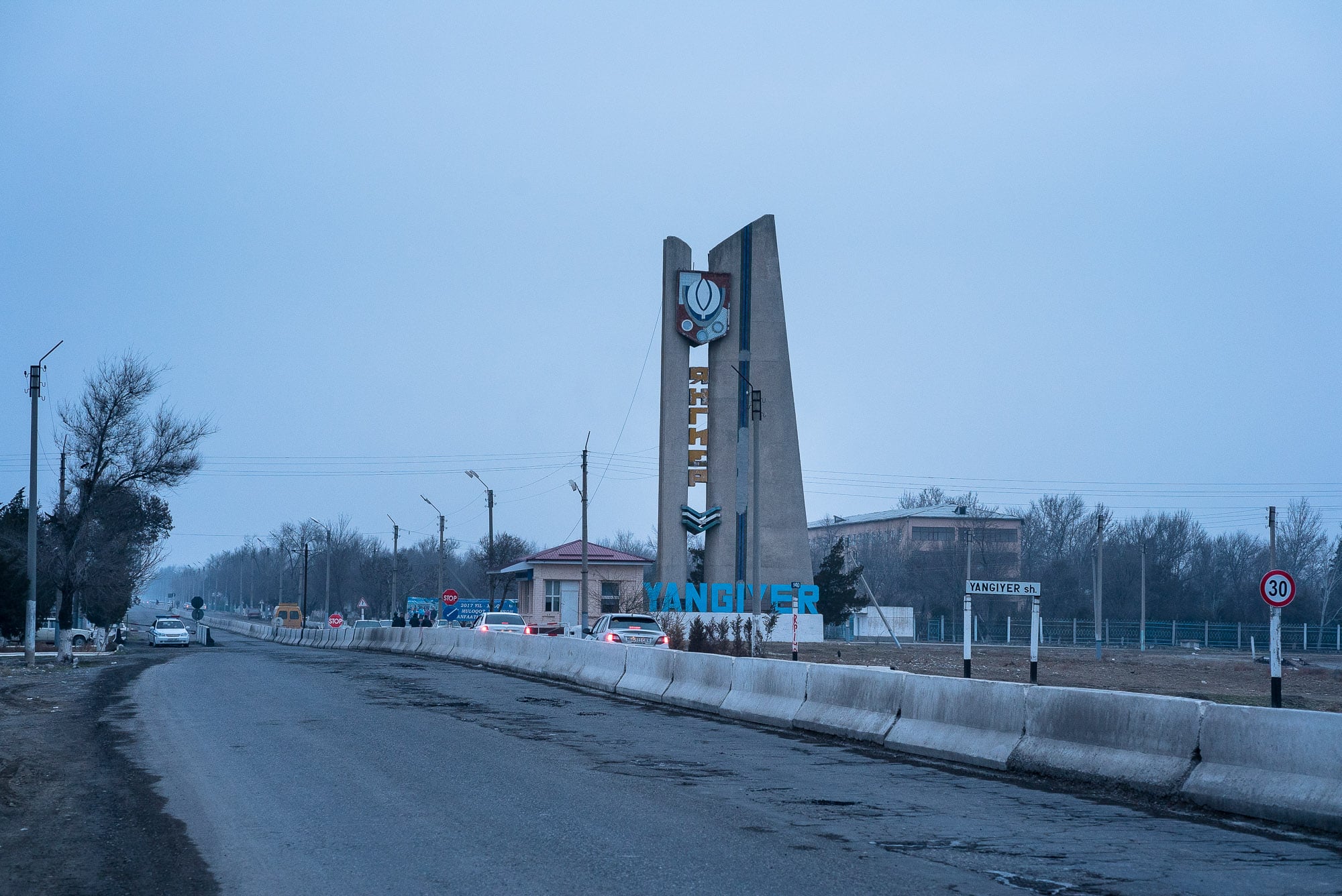 They turned out to be friendly and helpful, and they pointed us in the direction of a hotel further down the road.

So we walked through the little town as it got dark: 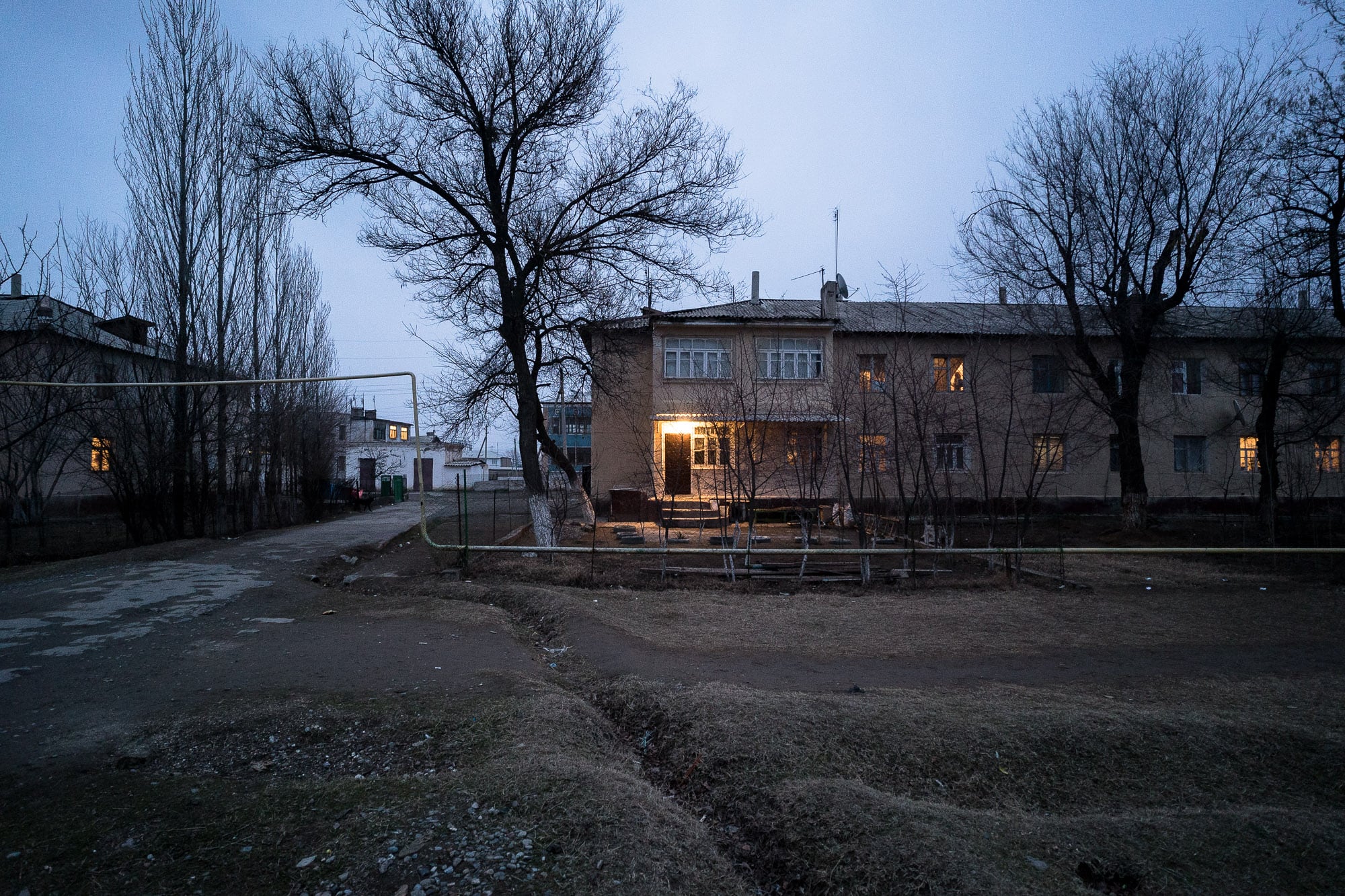 Crossed a canal on a bridge: 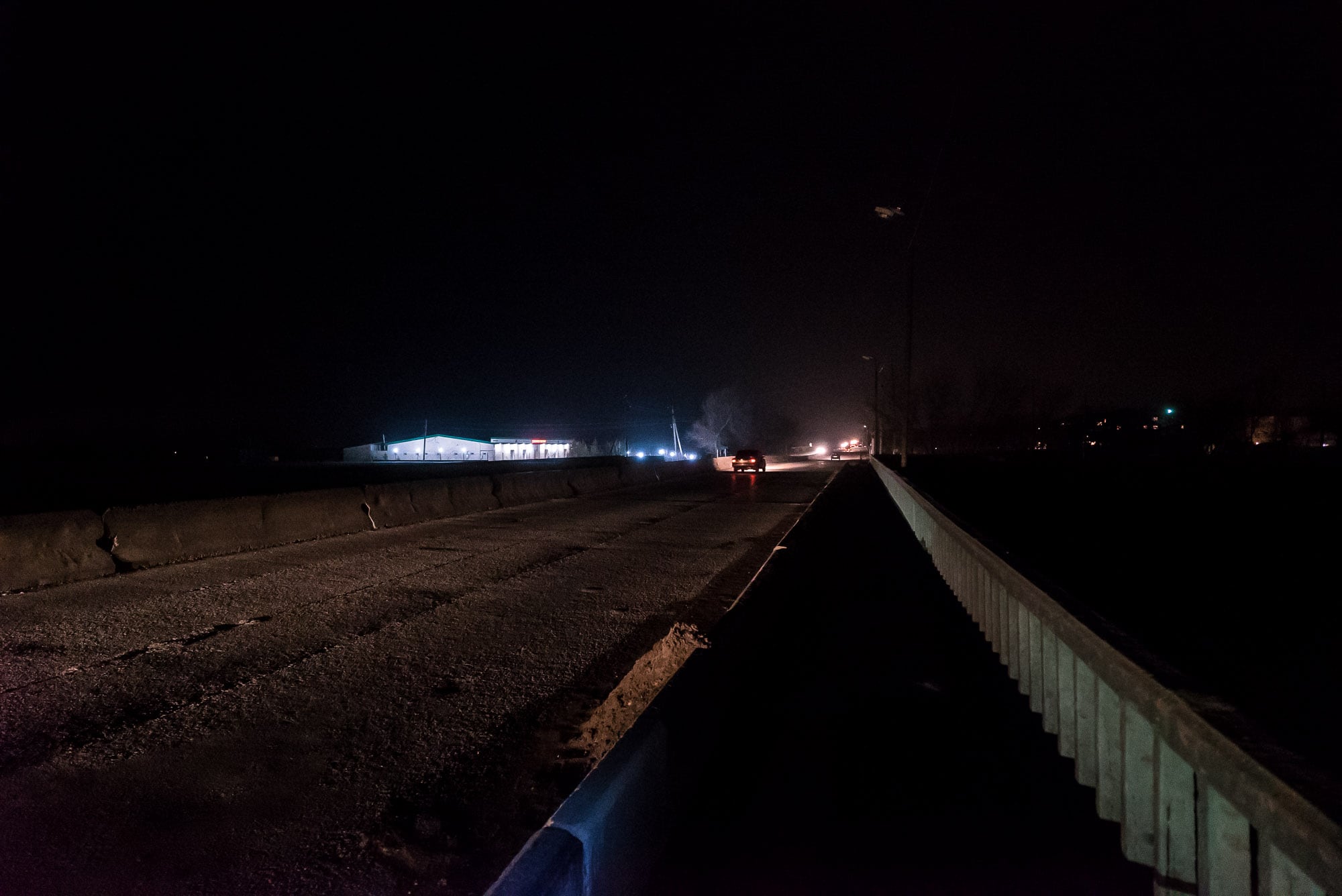 And eventually made it to the hotel. It took a bit of negotiating to get a room for us, but once we did, we dropped off our stuff and went straight to the restaurant next door. It was still decorated for the New Year festivities: 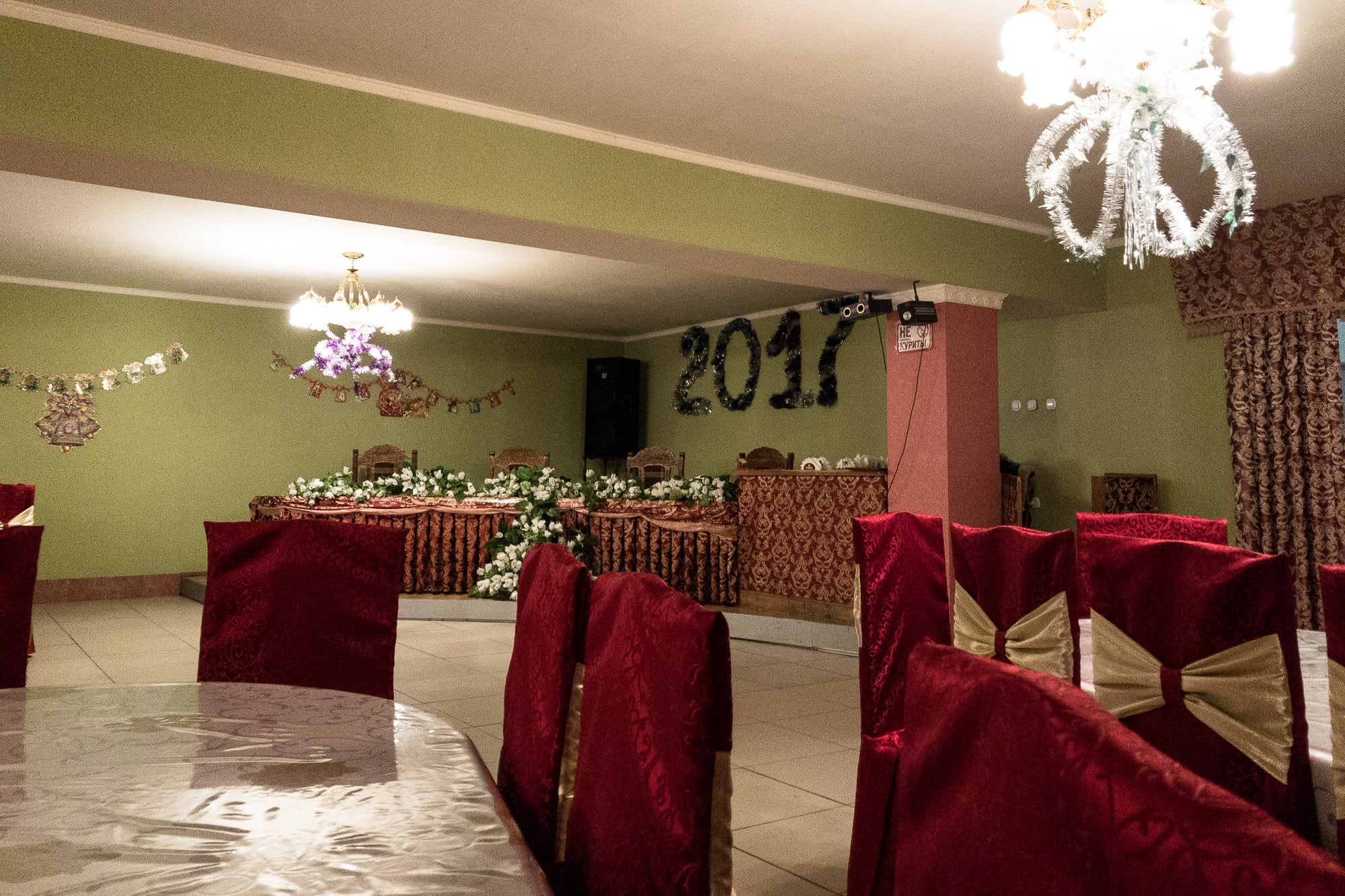 We ordered soup, fries, and beer: 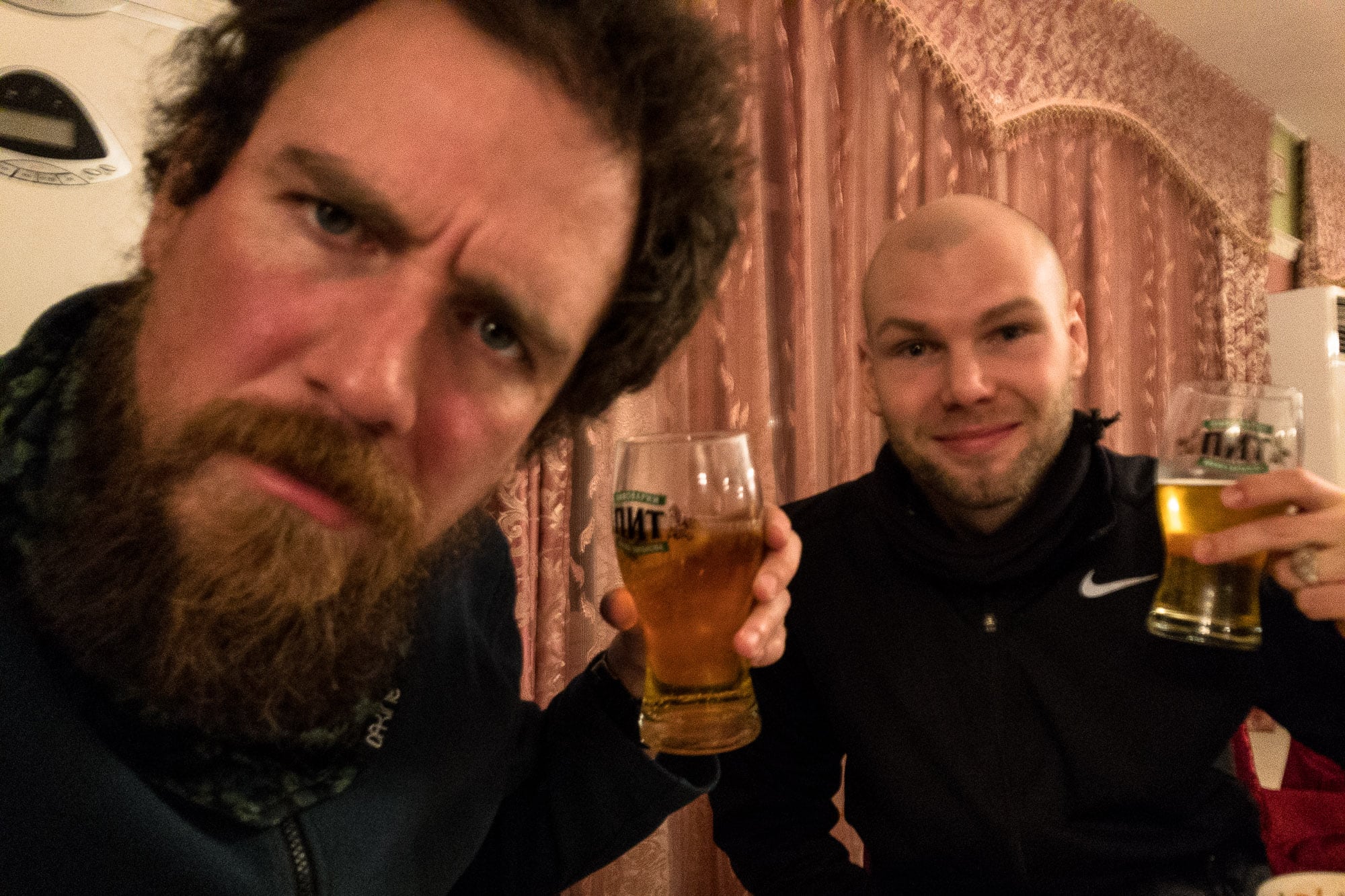 We were just one hundred meters away from the 7000km dance.

Day 624
from Gulistan to Yangiyer