So I did a little bit of walking around downtown: 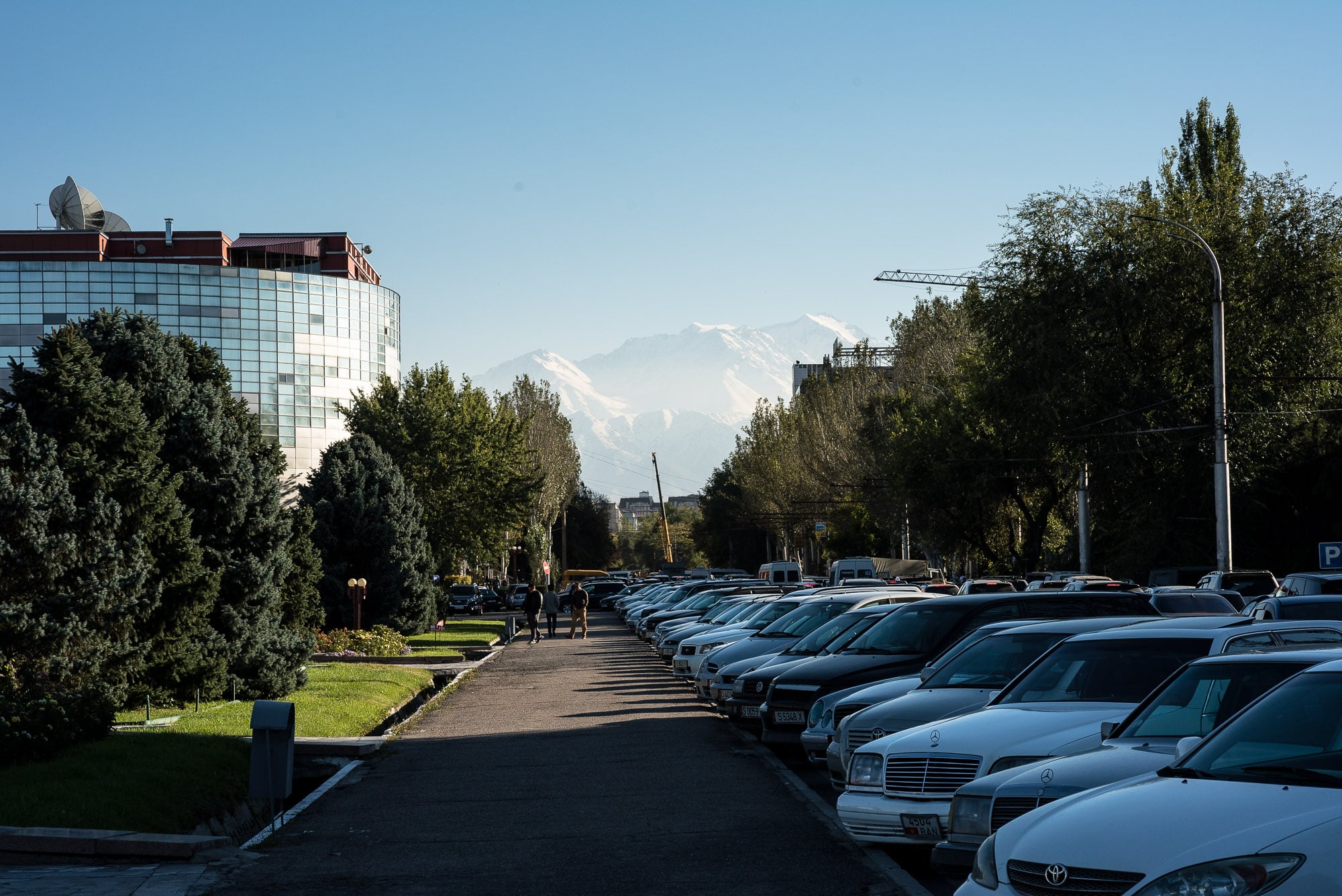 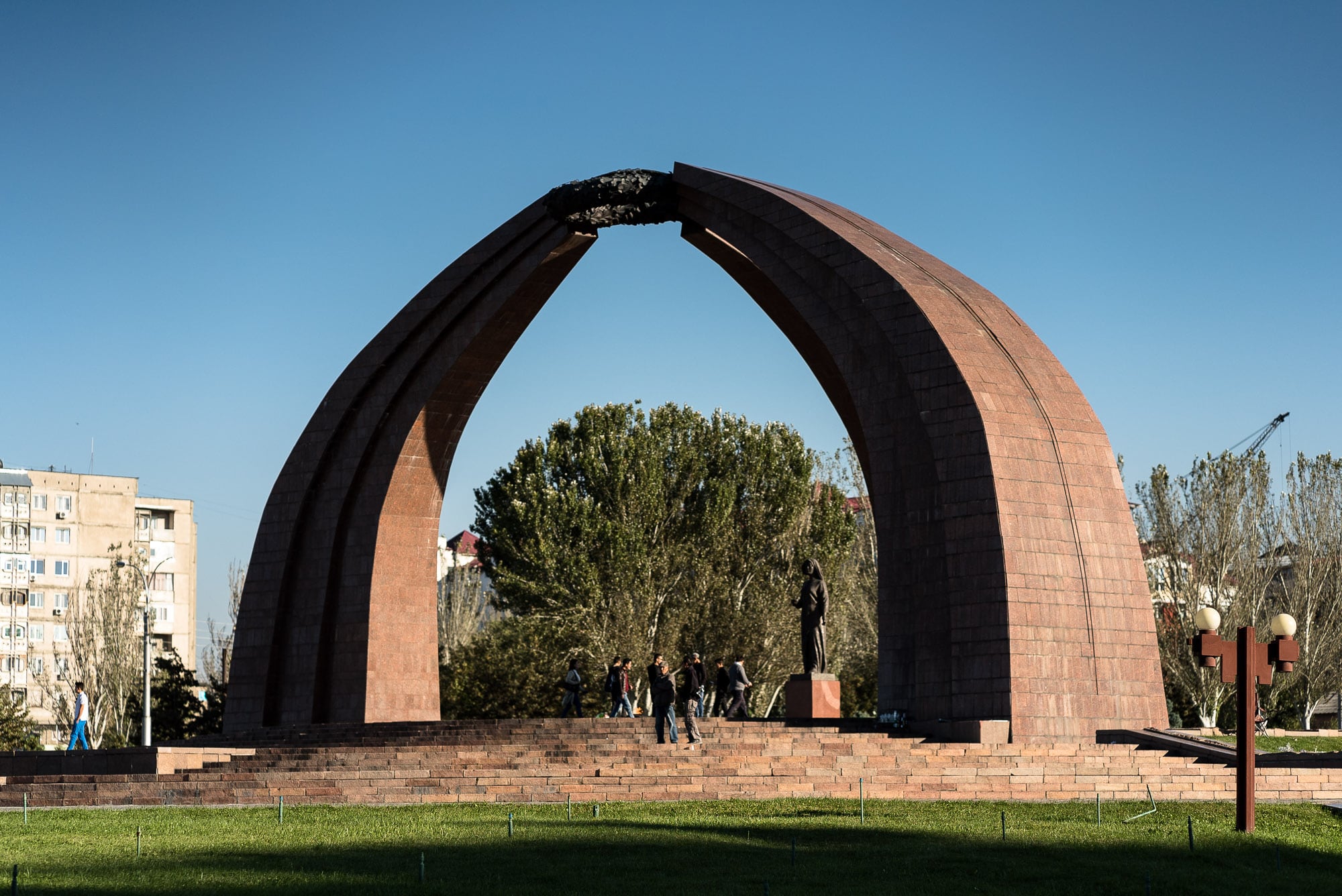 It was still a place of many monuments: 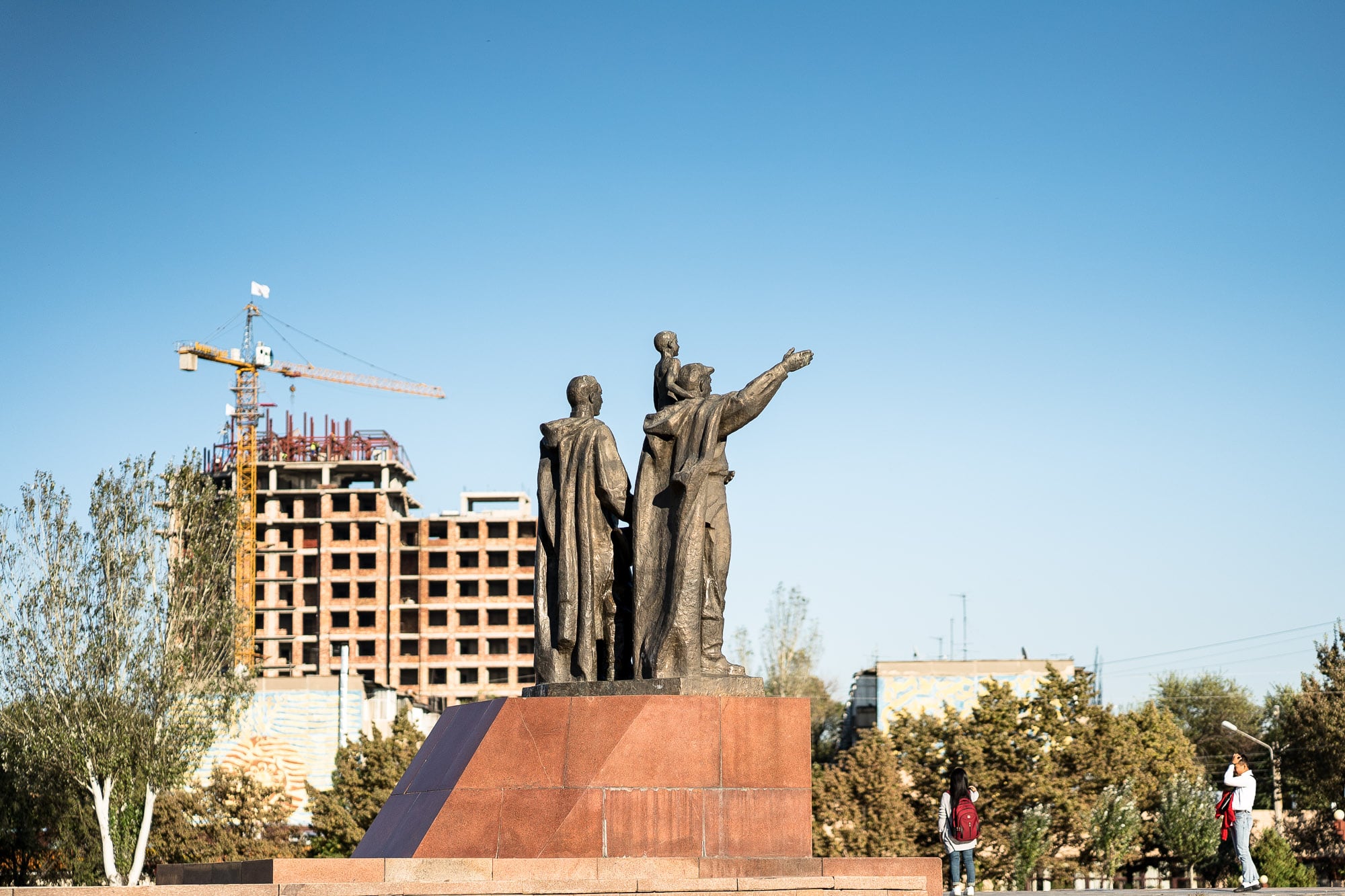 But since it wasn’t raining and the sky was blue, there was a lot more going on outside on the streets than before: 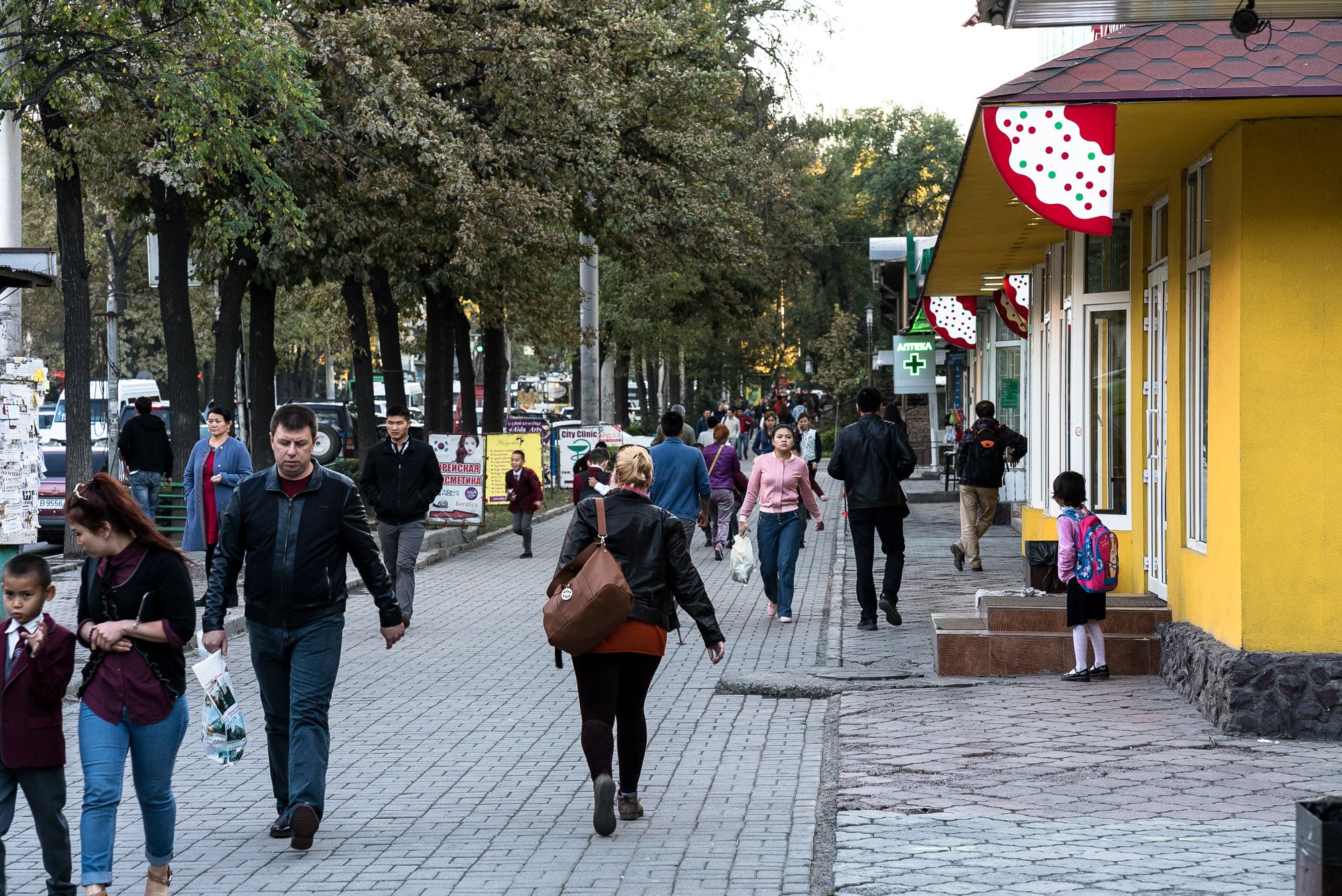 The city had turned from a grey area into a colorful place: 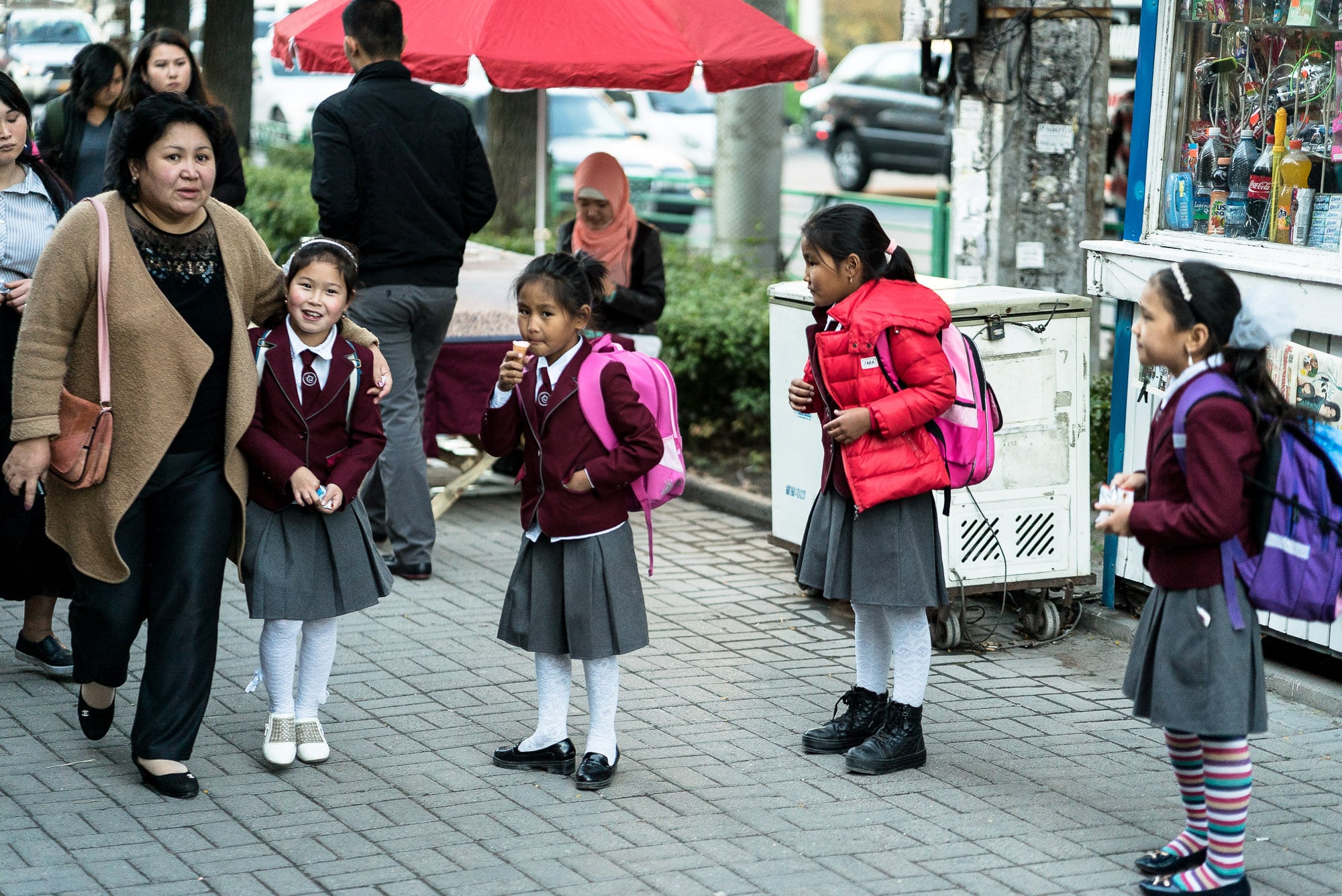 A place of miniature trains: 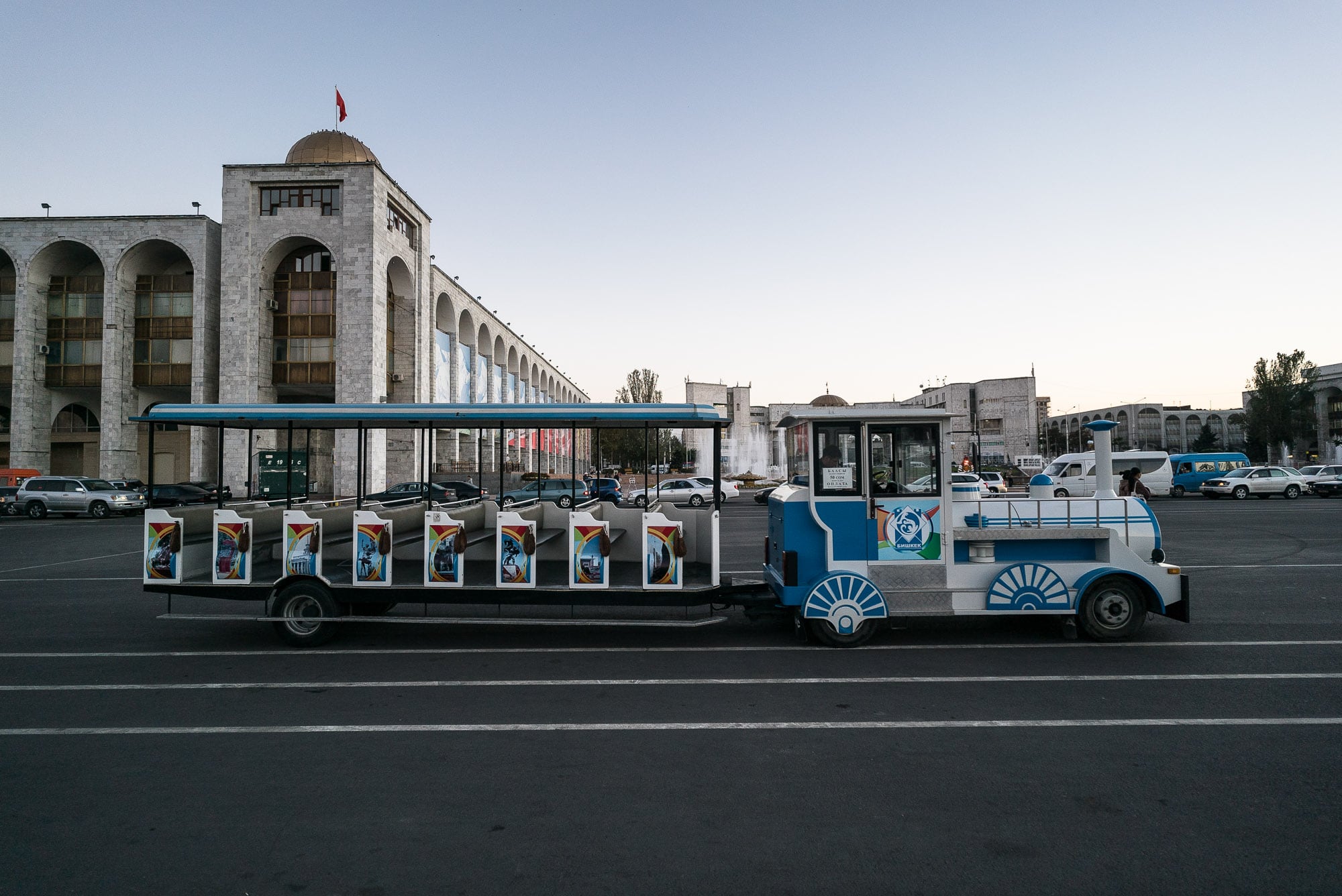 A place where the evening light set softly on neon garb… 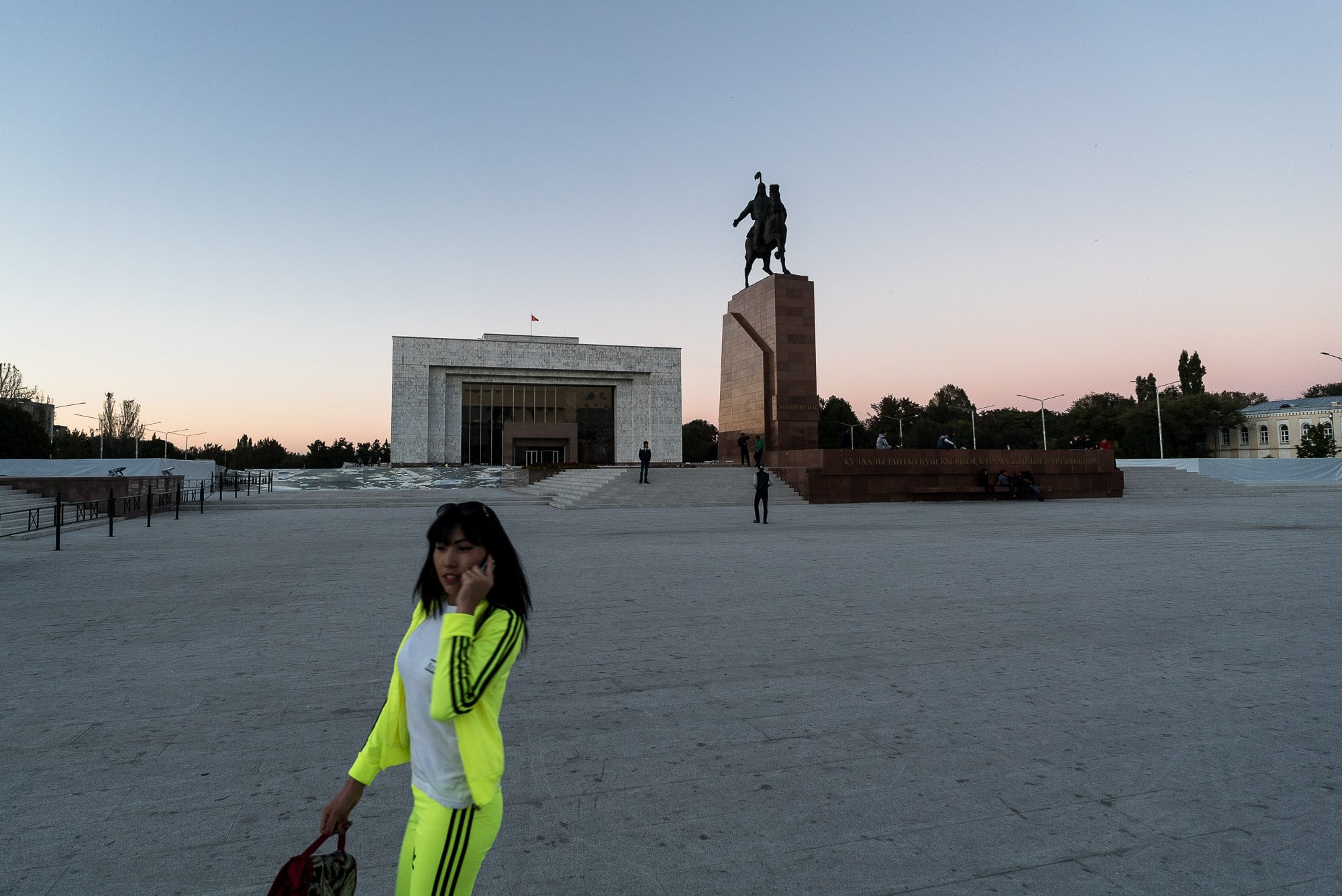 …and on dudes on horseback: 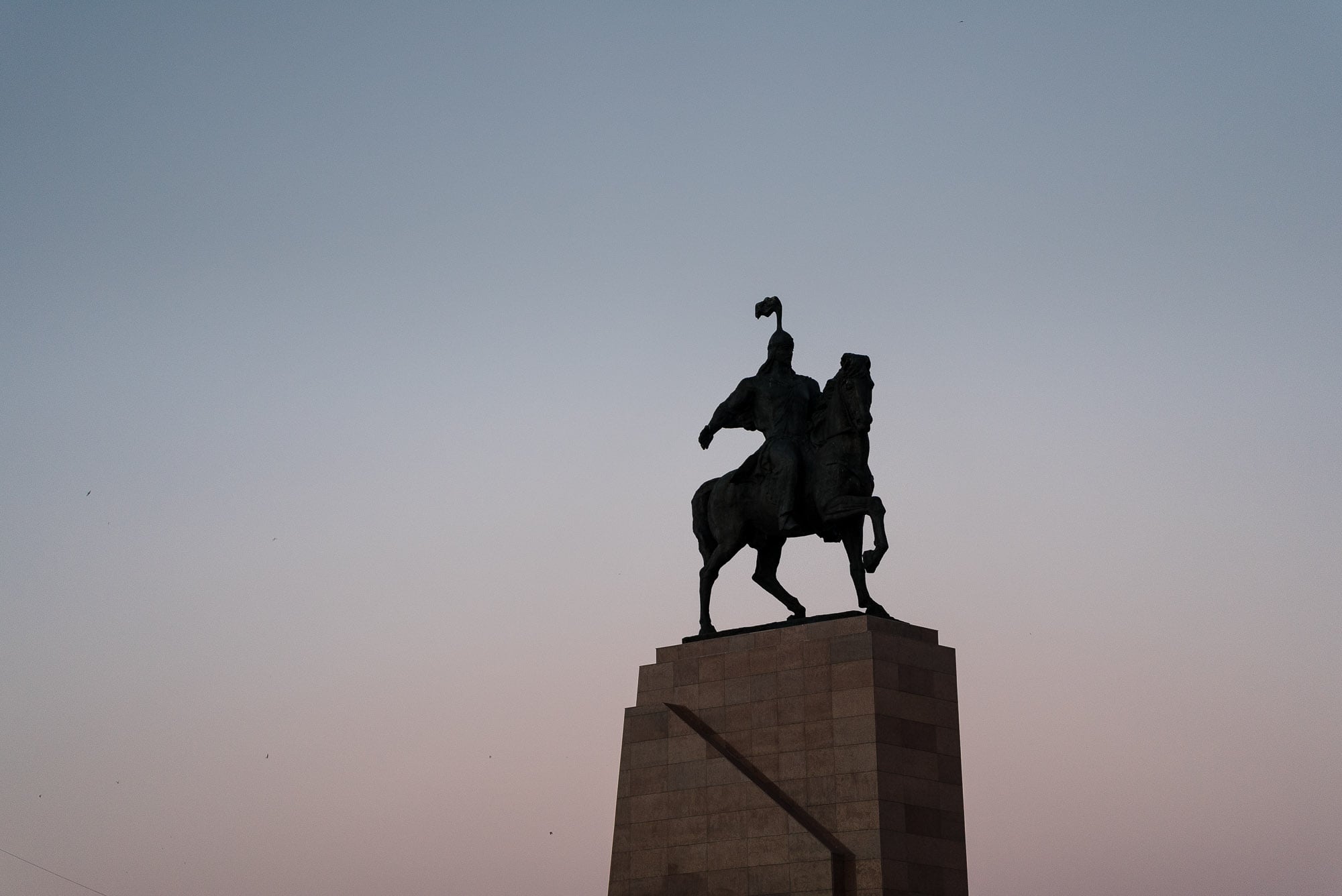 There was a monument for the victims of the revolution in 2010: 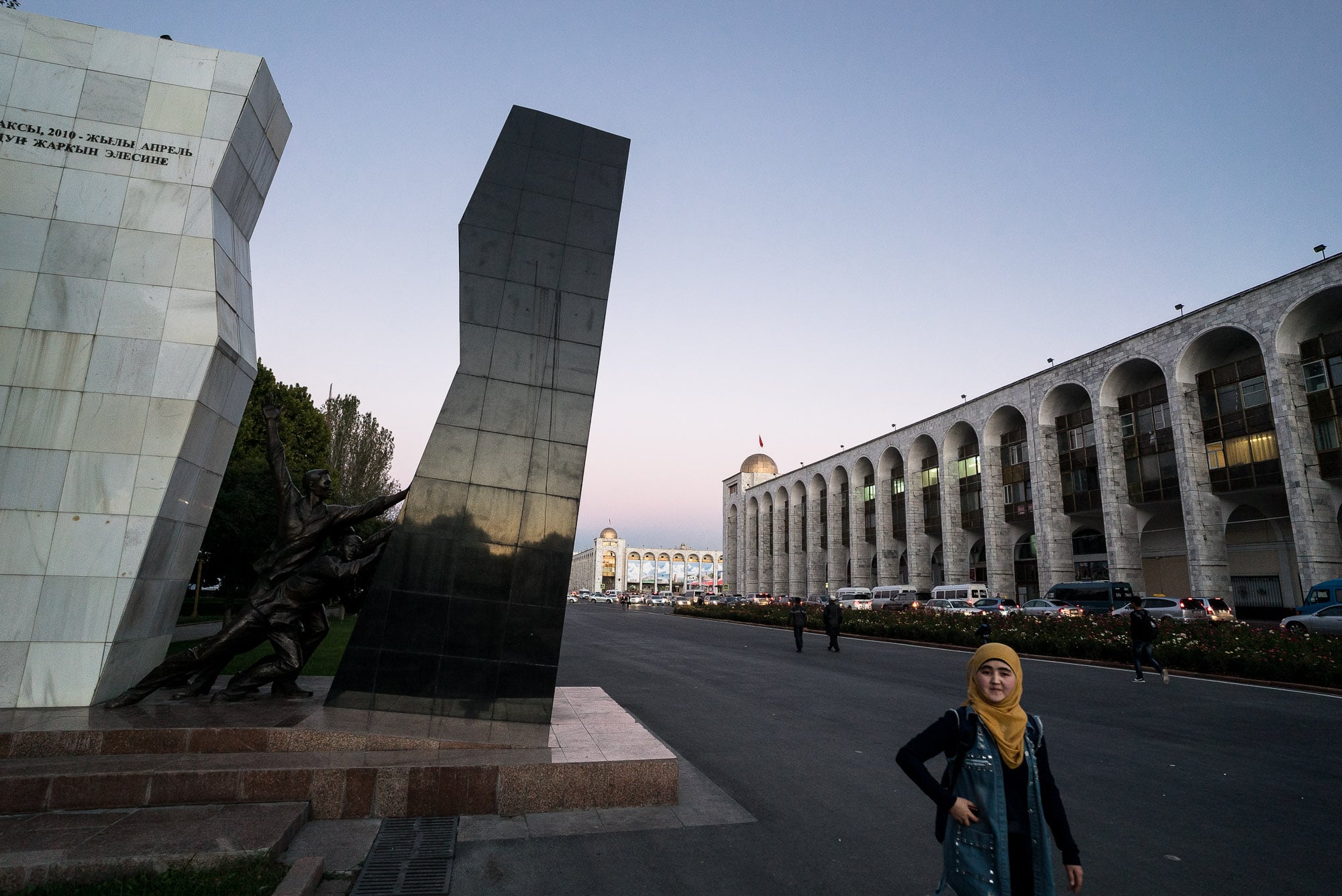 And there was the White House of Bishkek, the presidential office building: 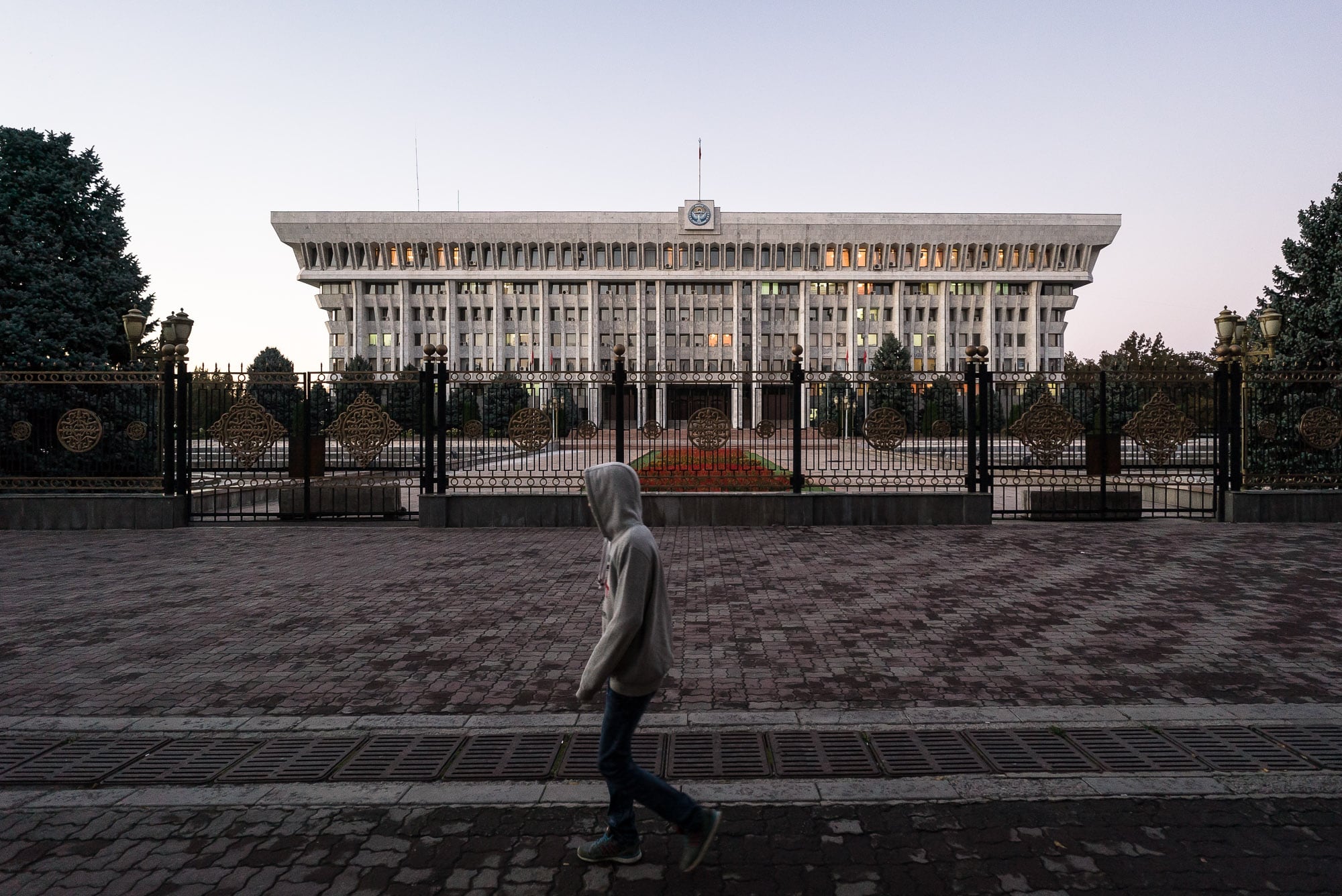 People said that it was from sniper positions on top of this building that many of the 2010 protestors had been shot.

But today, Bishkek was calm.

I walked around until it got dark: 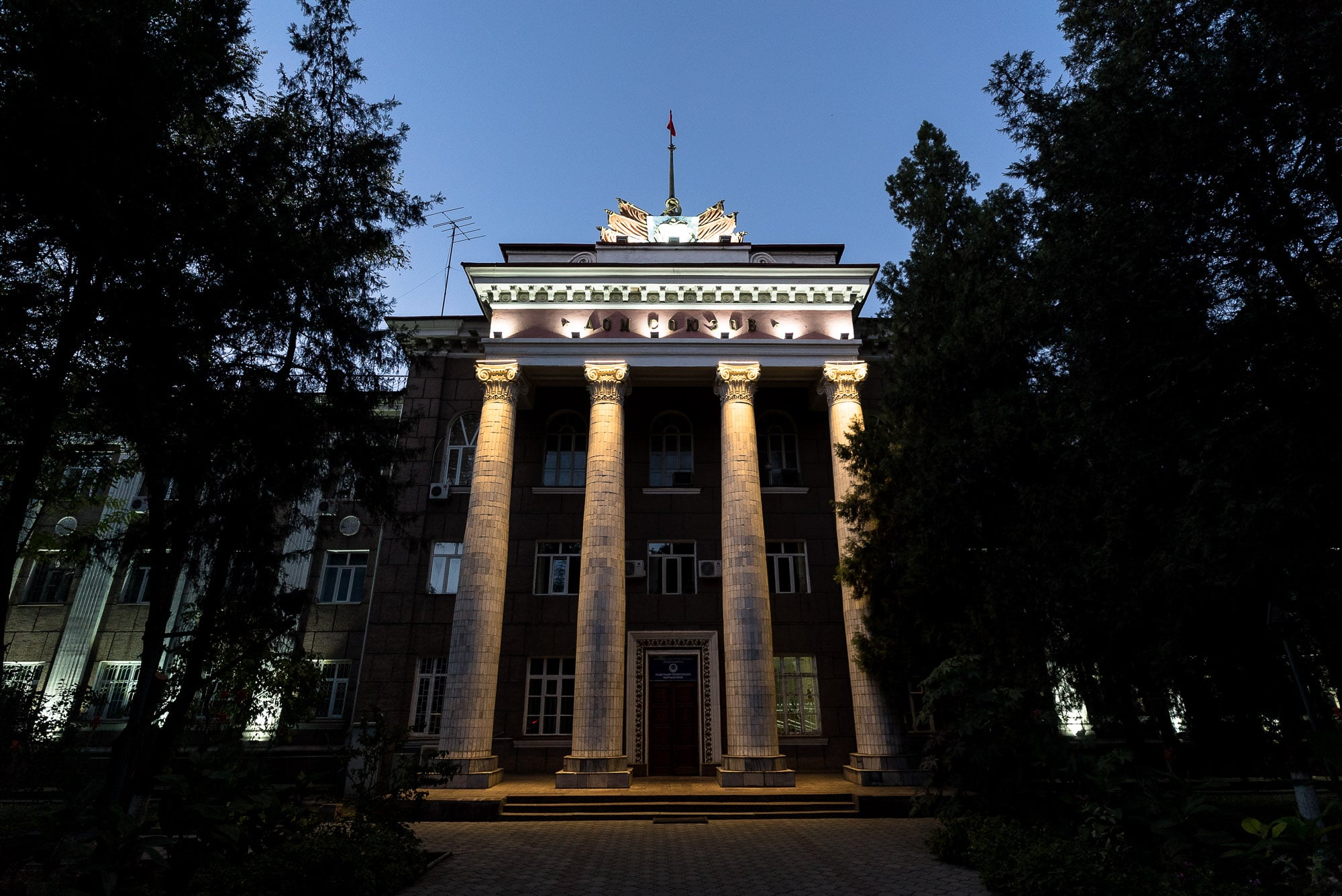 And while I was doing that, I thought of something that a Kyrgyz journalist had said to me the last time I was here: 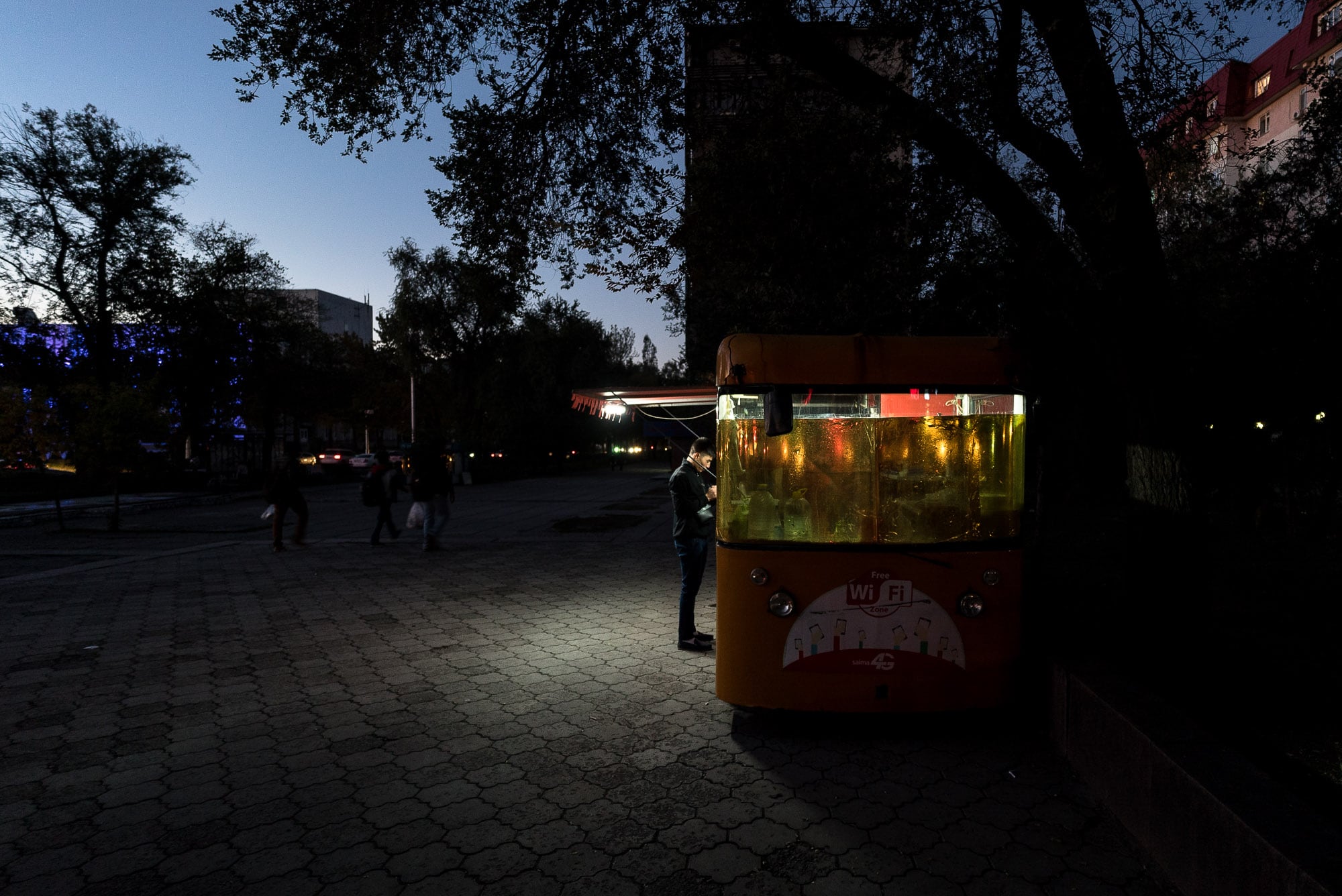 “Revolutions don’t happen in summer or in fall”, he had told me, “because it’s warm then and the people have too many things to do.” 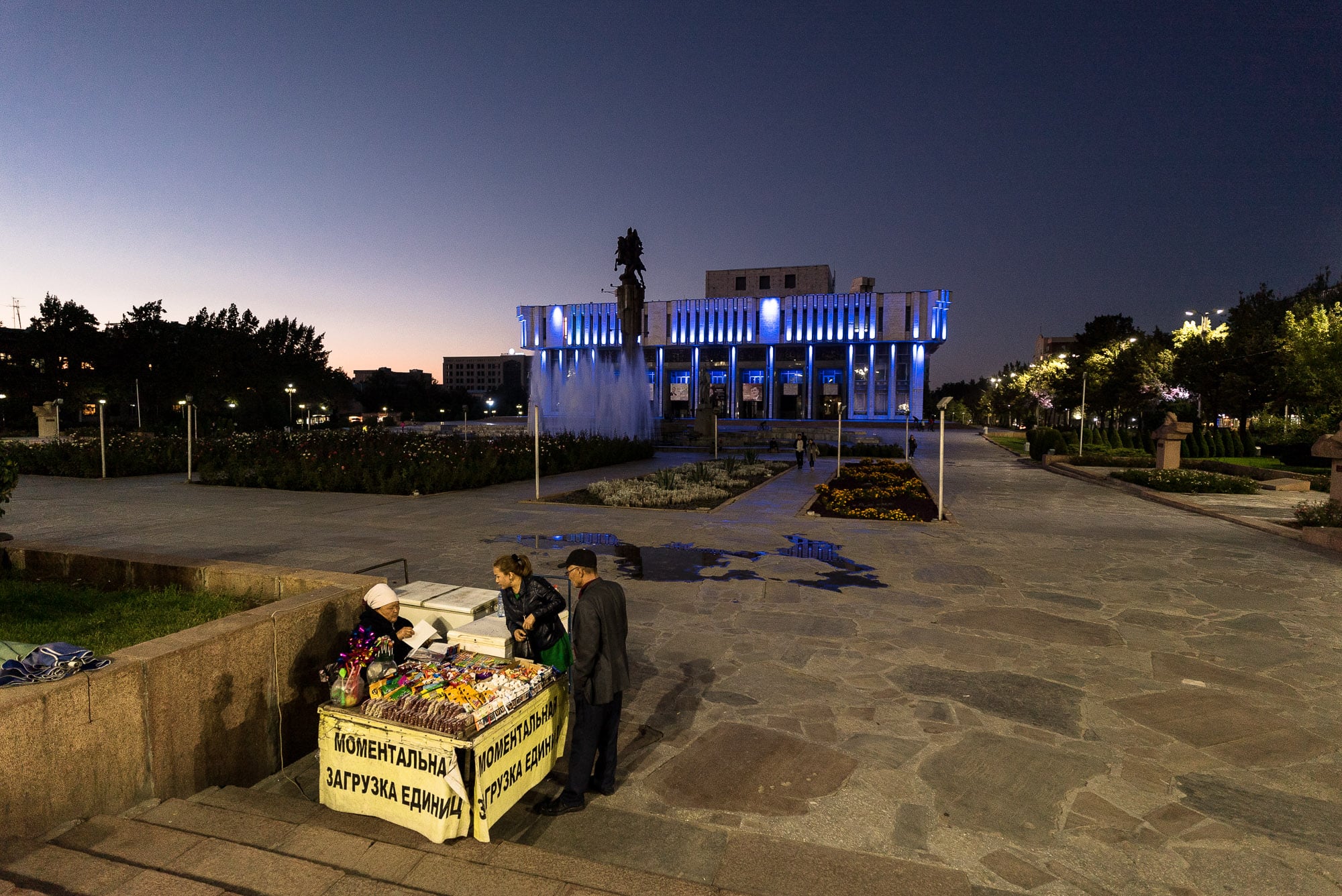 “Revolutions happen in spring, right after the worst days of winter, when the heating has been off a few times and the people have had some time to think and get angry.”

Well, here’s to the people of Kyrgyzstan, who are bravely trying democracy while everybody else around them is under some sort of dictatorship.

I wish them the best of luck.

Activity: resting
Soundtrack: Amy Winehouse - "What Is It About Men"