Woke up, grabbed my stuff and went to do an interview: 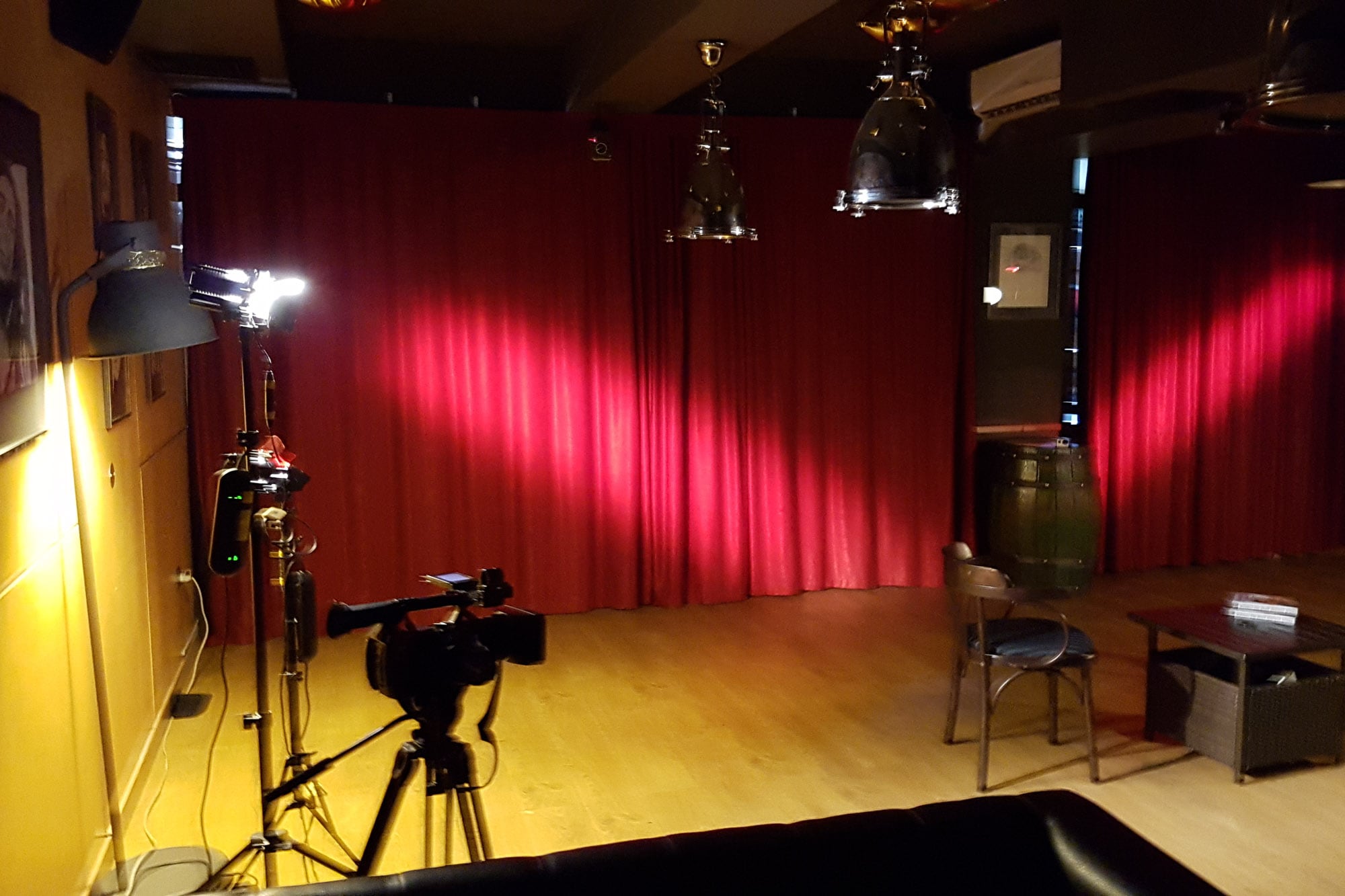 Luckily, it was in English. I am not yet sure where and when it is going to be available. But I will let you know as soon as I know.

The whole team was very friendly. Only Teddy The Dog seemed a bit indifferent. He wasn’t very fond of me, I think. Or maybe he was just tired of hearing me talking for hours: 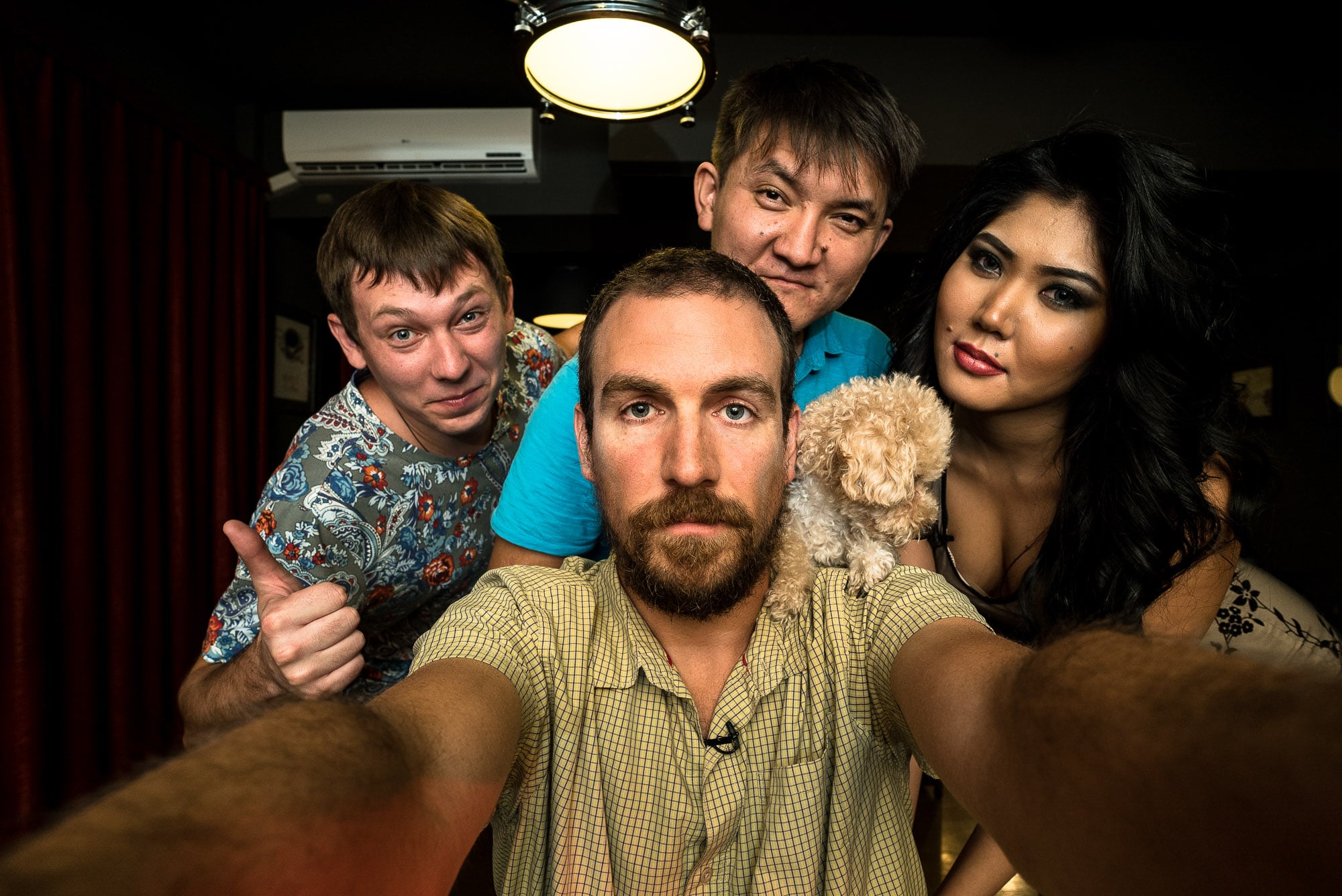 After the interview I went to the Western Bus Terminal to look for a marshrutka back to Avrazia: 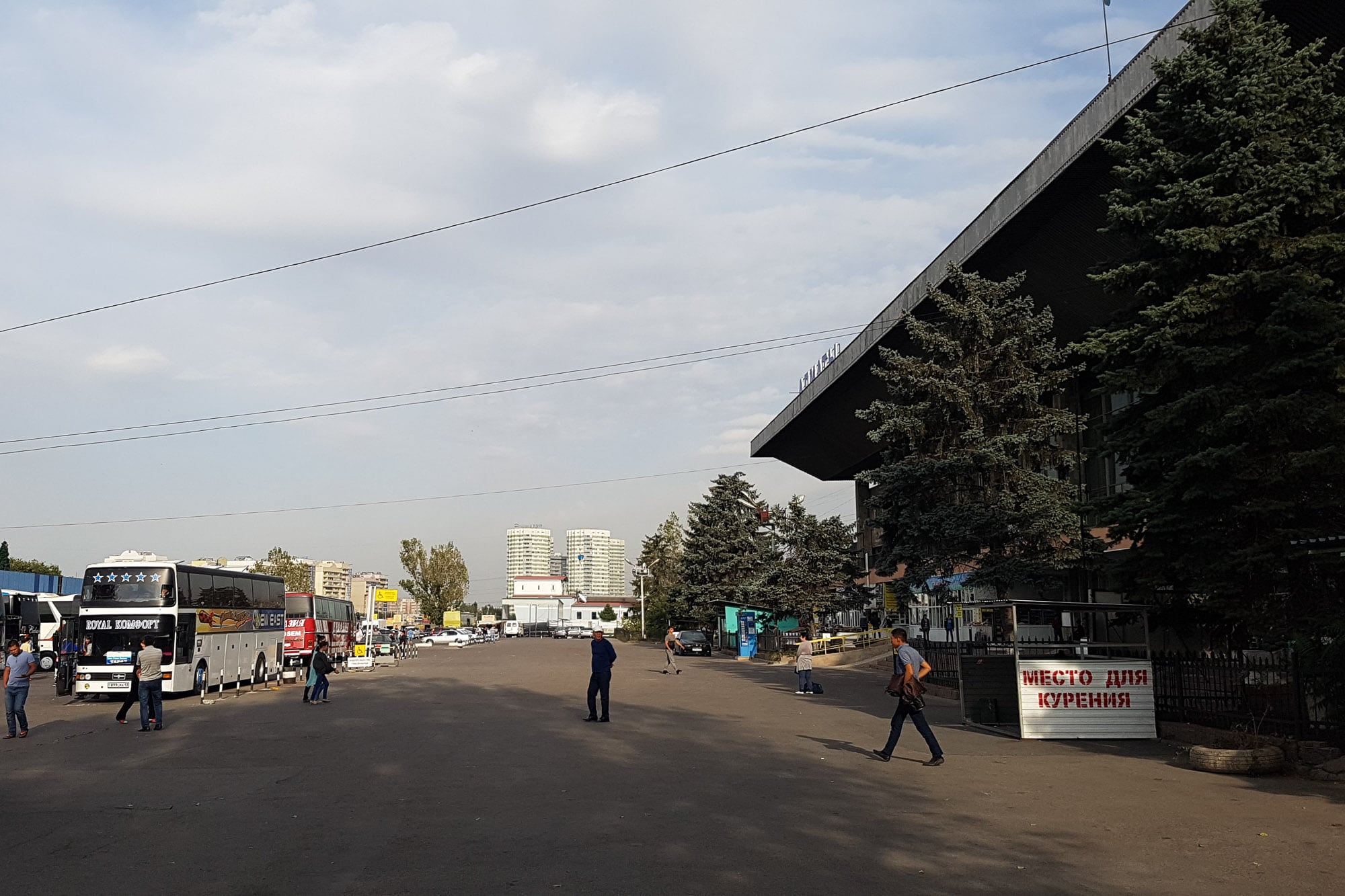 The ride took about one and a half hours. The same distance had taken me five days on foot. But even though walking was so slow, it still had its upsides. Take this sunset for example:

I would have preferred to be out there myself to see it. Not behind glass. Not inside a moving vehicle. But out there.

Anyway I was very happy when I reached Avrazia: 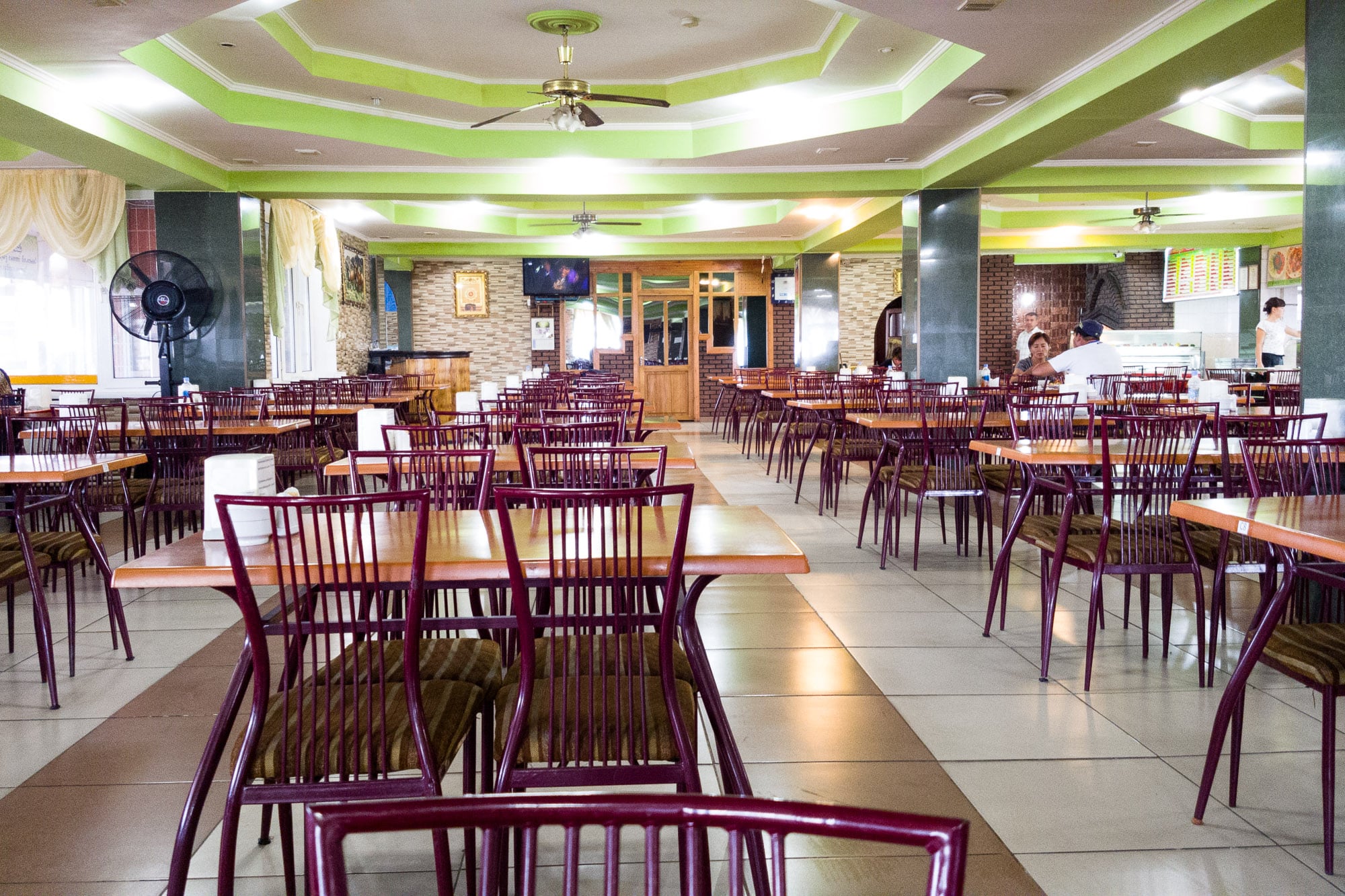 “How was it?” the people there asked me.

Terrible, I said. Actually it hadn’t been terrible. It had been difficult and tiring, but it had also been interesting. But my Russian was limited and I didn’t feel like explaining much, so I just said: terrible.

I got the key to my room and went up. Nothing had changed: 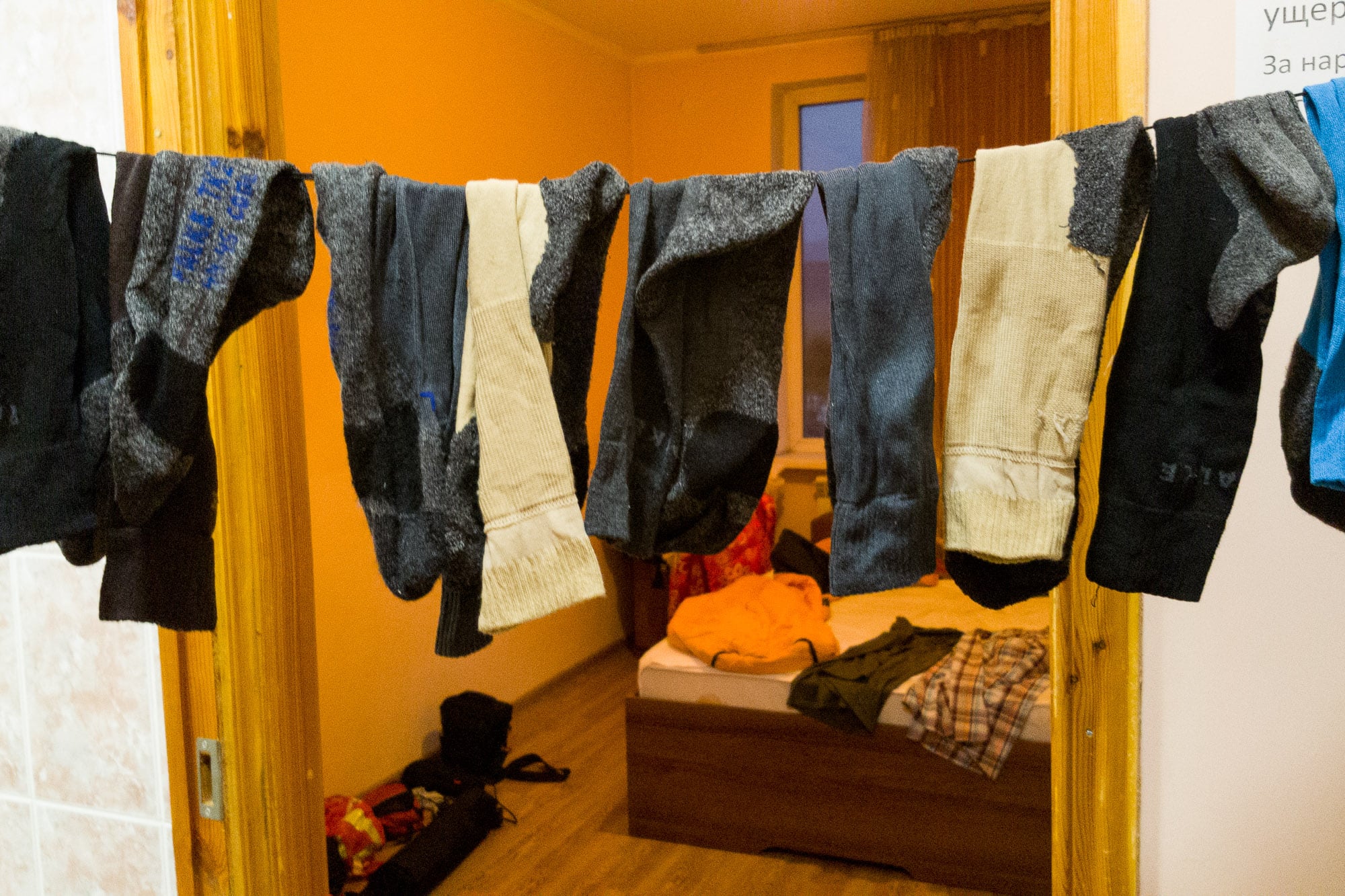 I had washed these socks five days earlier.