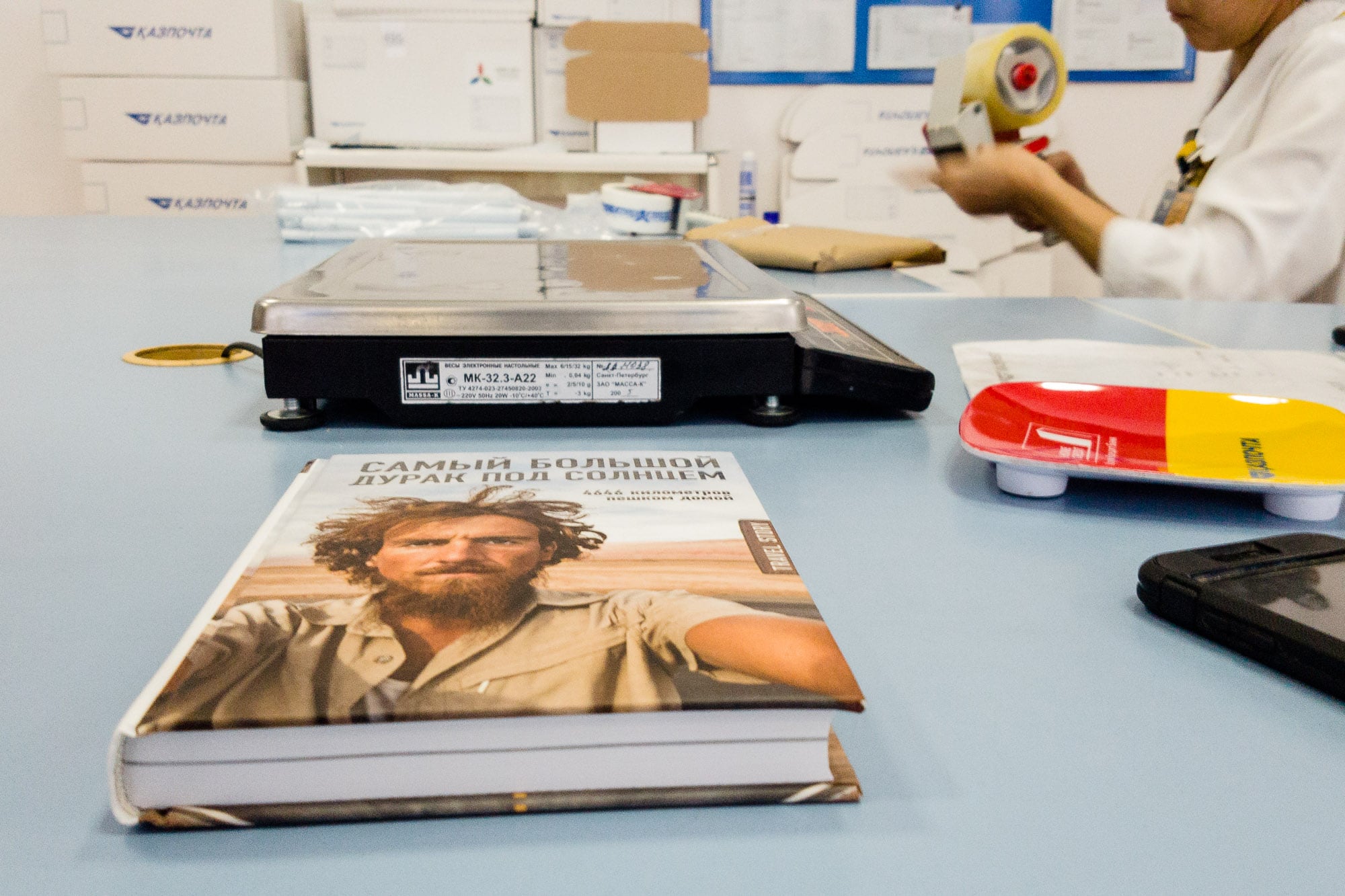 I didn’t just send my books to people. Some of you might remember how during the initial walk in 2008 I was always obsessing about sending my photos home on DVDs. Well, the DVD thing is over. I am using SD-cards now. And since Kazakhstan doesn’t seem to be as paranoid as China when it comes to these things, I was able to send my stuff without any questions asked.

Later that day I went and had some ice-cream: 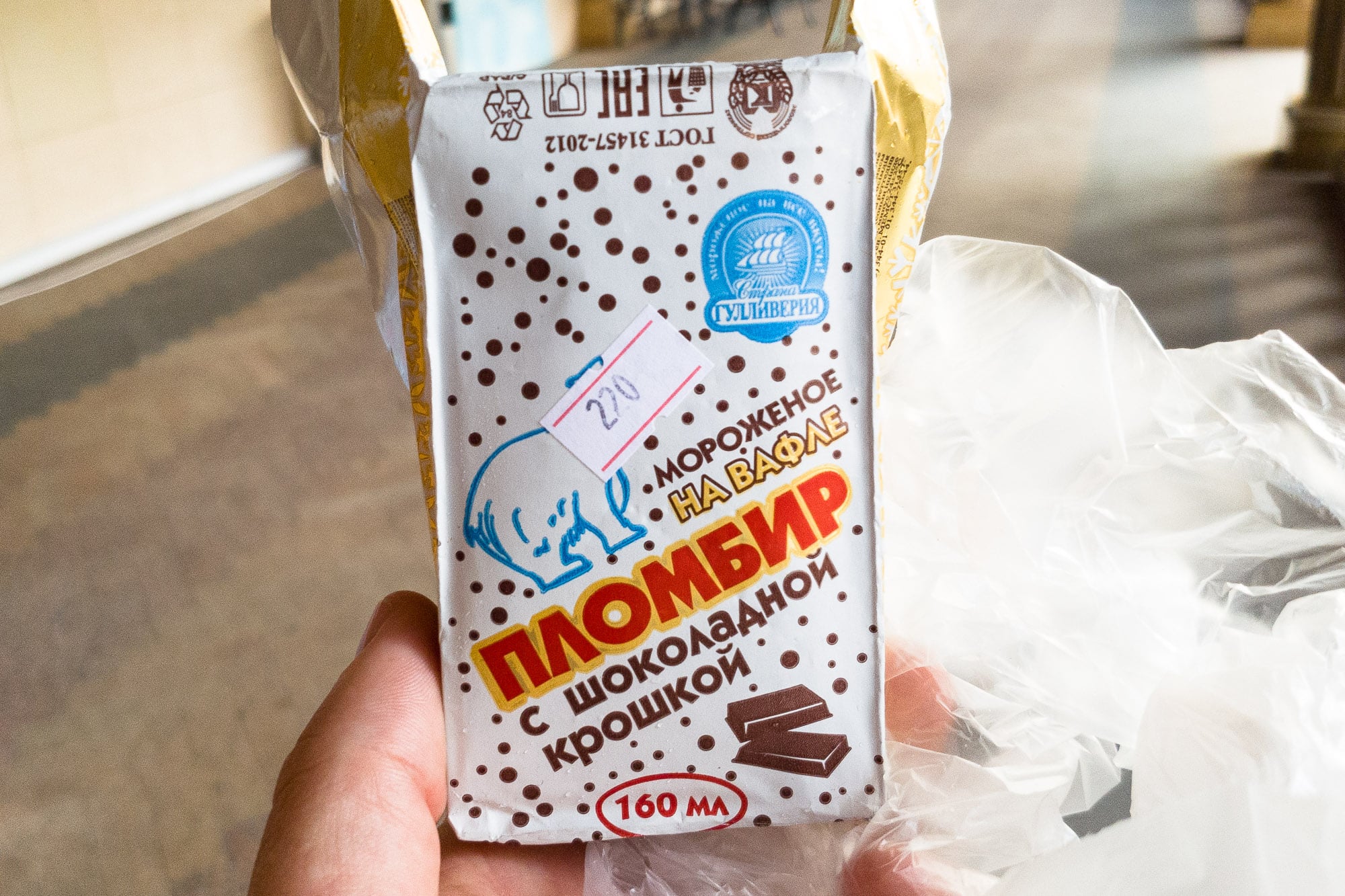 It’s called Plombir Пломбир, it’s from Russia, and it’s awesome. I am surprised Russian ice-cream isn’t more popular in other regions of the world. Might turn out to be a soft power angle worth tapping.

After this I went for some Guiness and then some shashlik with Aman and Timur: 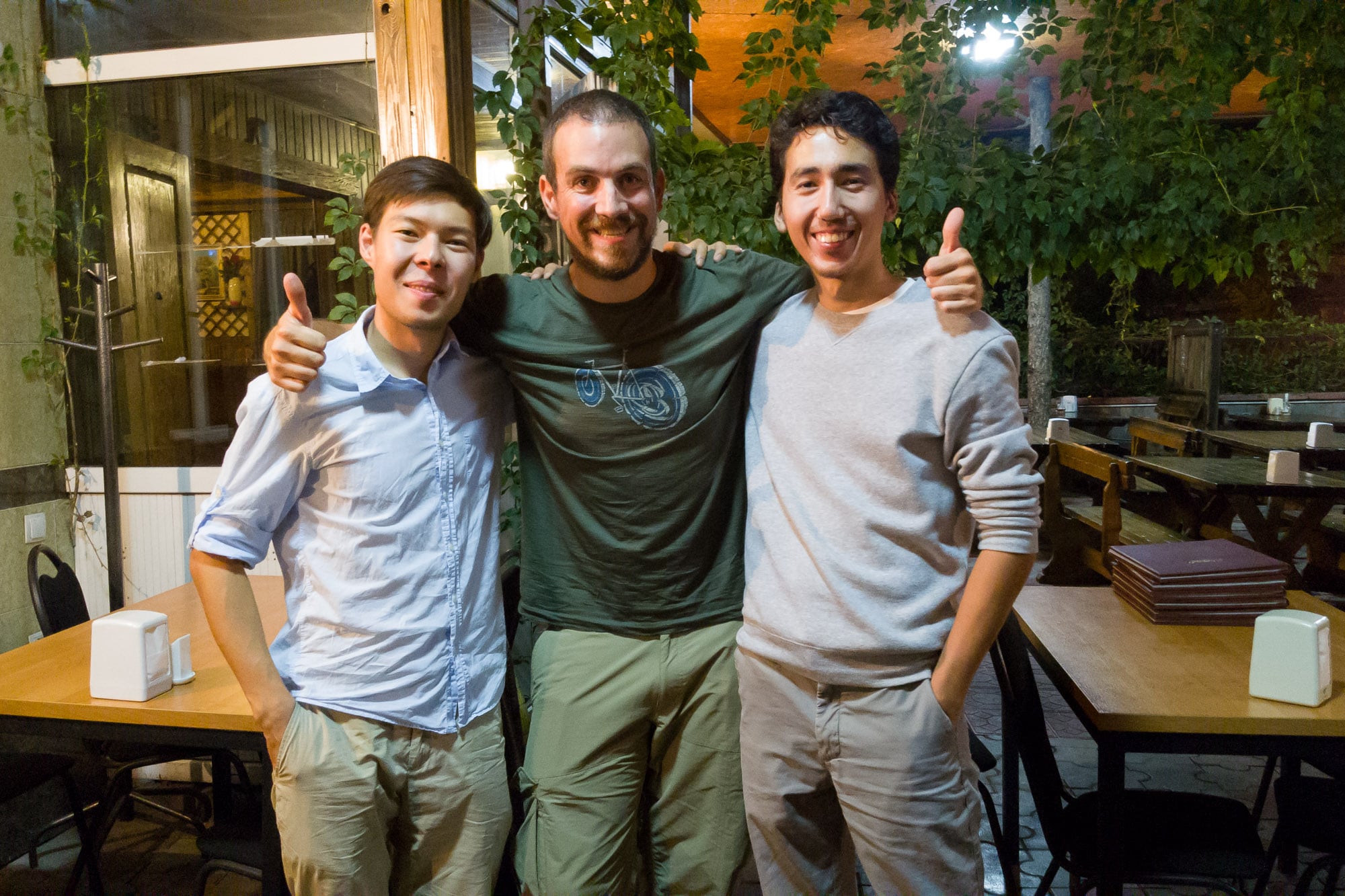 Aman is an architect with strong ties to Germany. Timur is a bookseller.