Remember I told you about my friends who invited me to Esik a few days ago?

Well, one of them is a physician. “Is there something wrong with your back?” She asked me a few times.

I am a bit of a hypochondriac, so it’s hard for me to trust my own judgment when it comes to things that might be wrong with my body. Also, I tend to get anxious in hospitals.

“Let’s go and get you checked out anyway!” my friend insisted.

With a strange feeling of gladness, I accepted.

So we went to a hospital. It turned out to be in the same building with some of Dick Cheney’s friends: 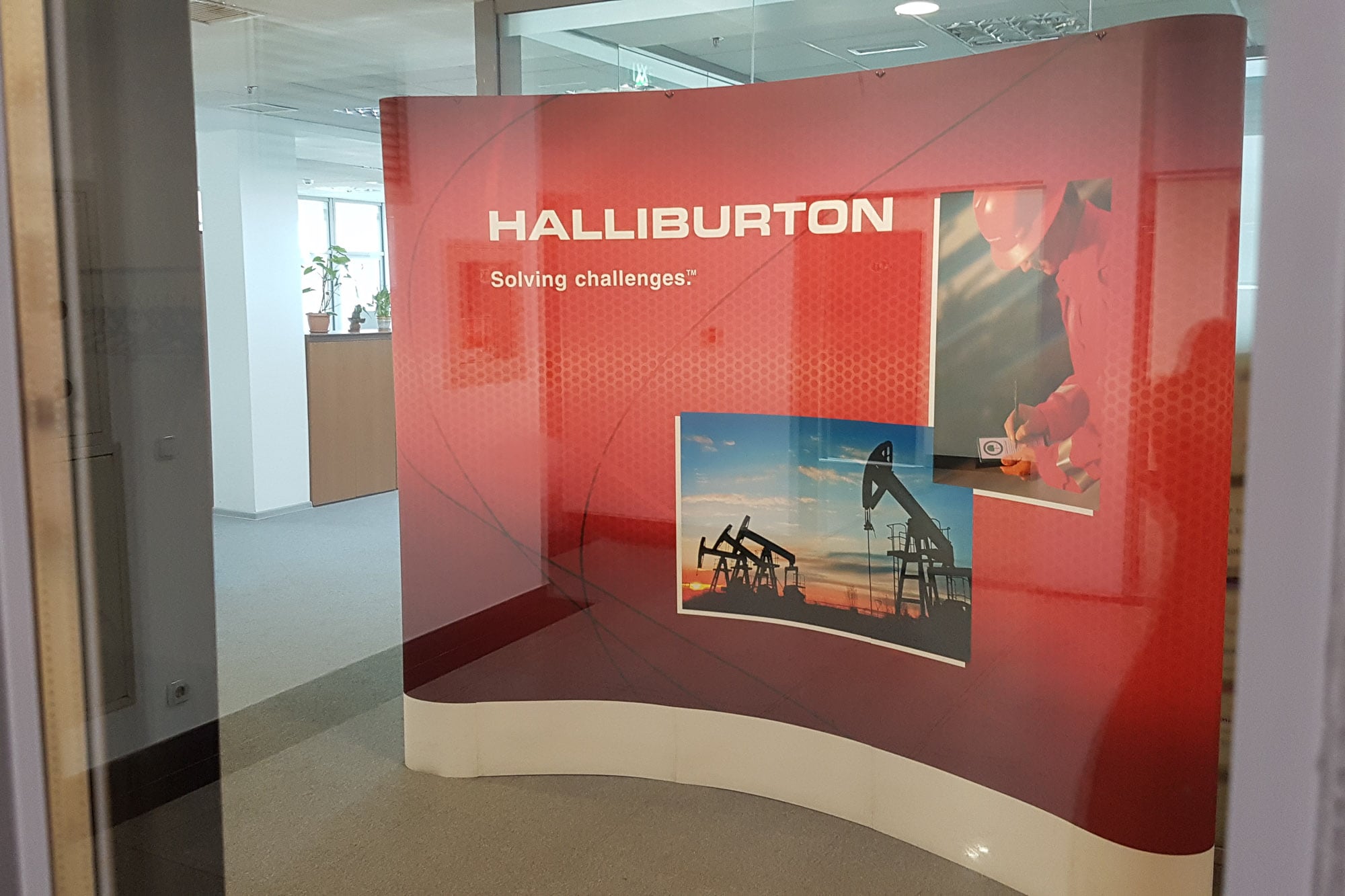 Remember Cheney? The guy who many people used to think had a questionable character – until Donald J. Trump and his friends from the sophistically named “alt right” came along?

Sometimes I think my back hurts because of the upcoming US elections.

Anyway, the Goethe Institute was also in the same building: 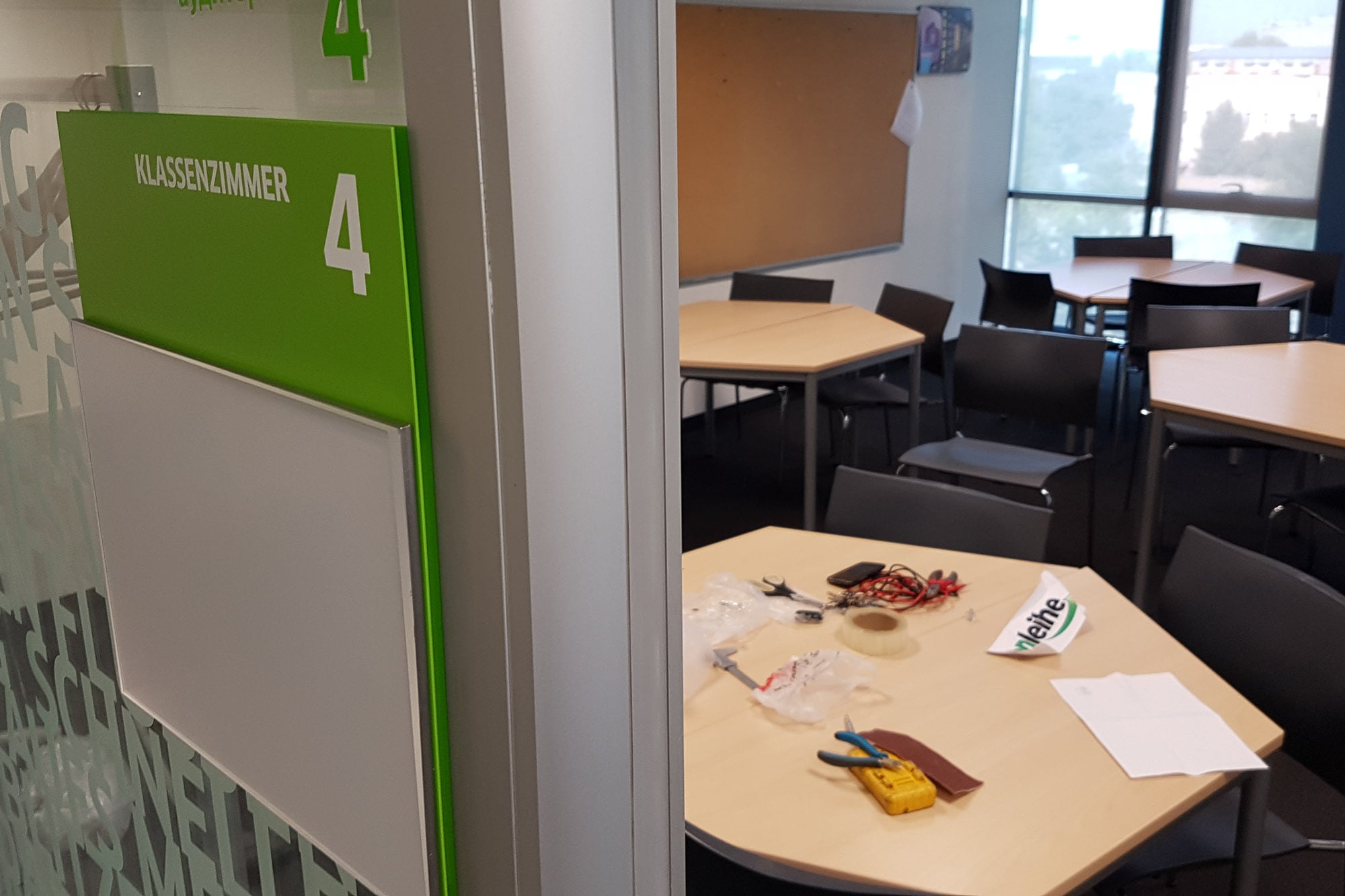 I usually don’t miss home that much. But I have to admit that the slightly boring atmosphere of this microcosmos of Germanness felt kind of comforting to me: 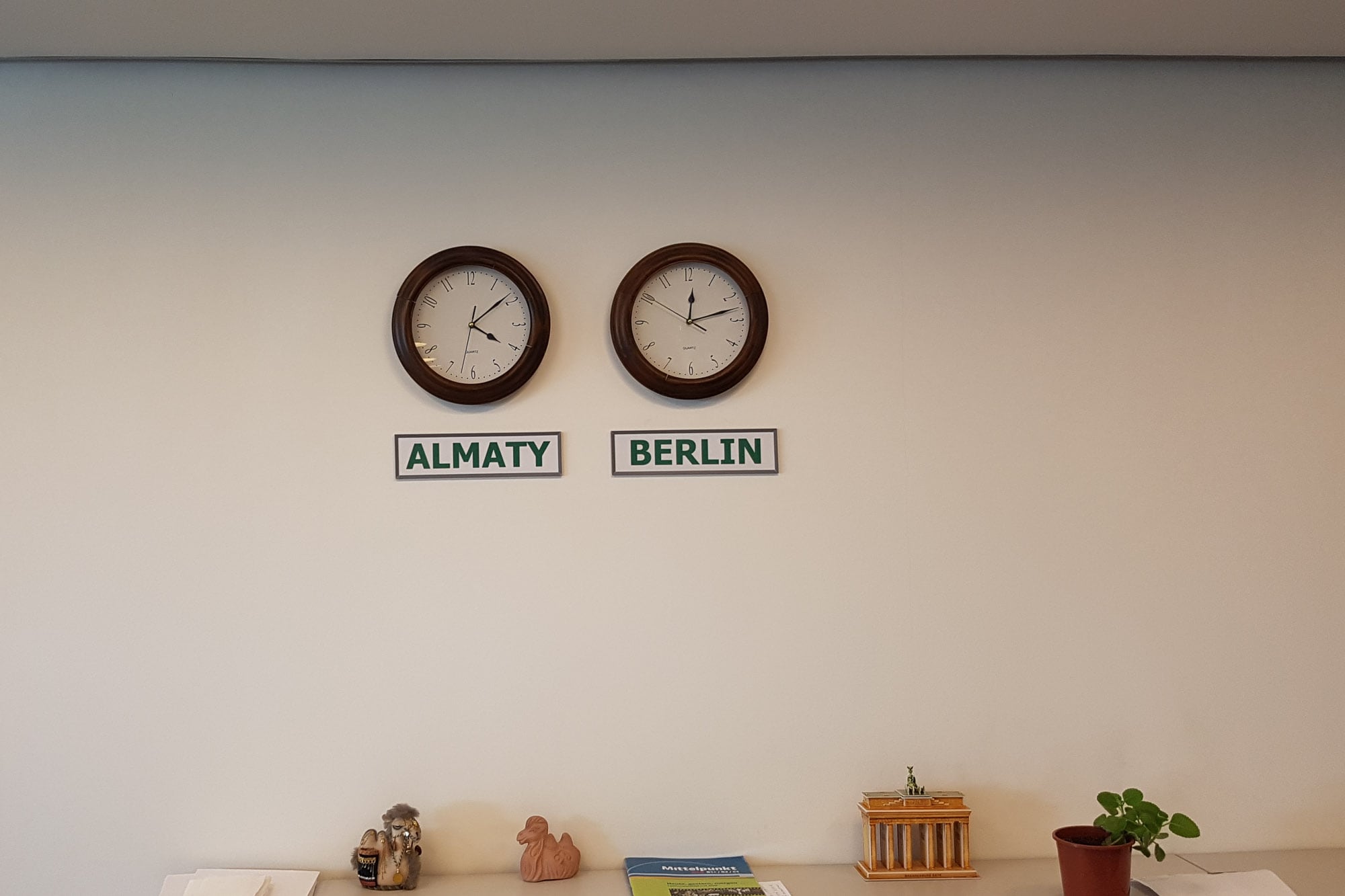 We ended up at a different hospital though, a Kazakh-Turkish joint venture: 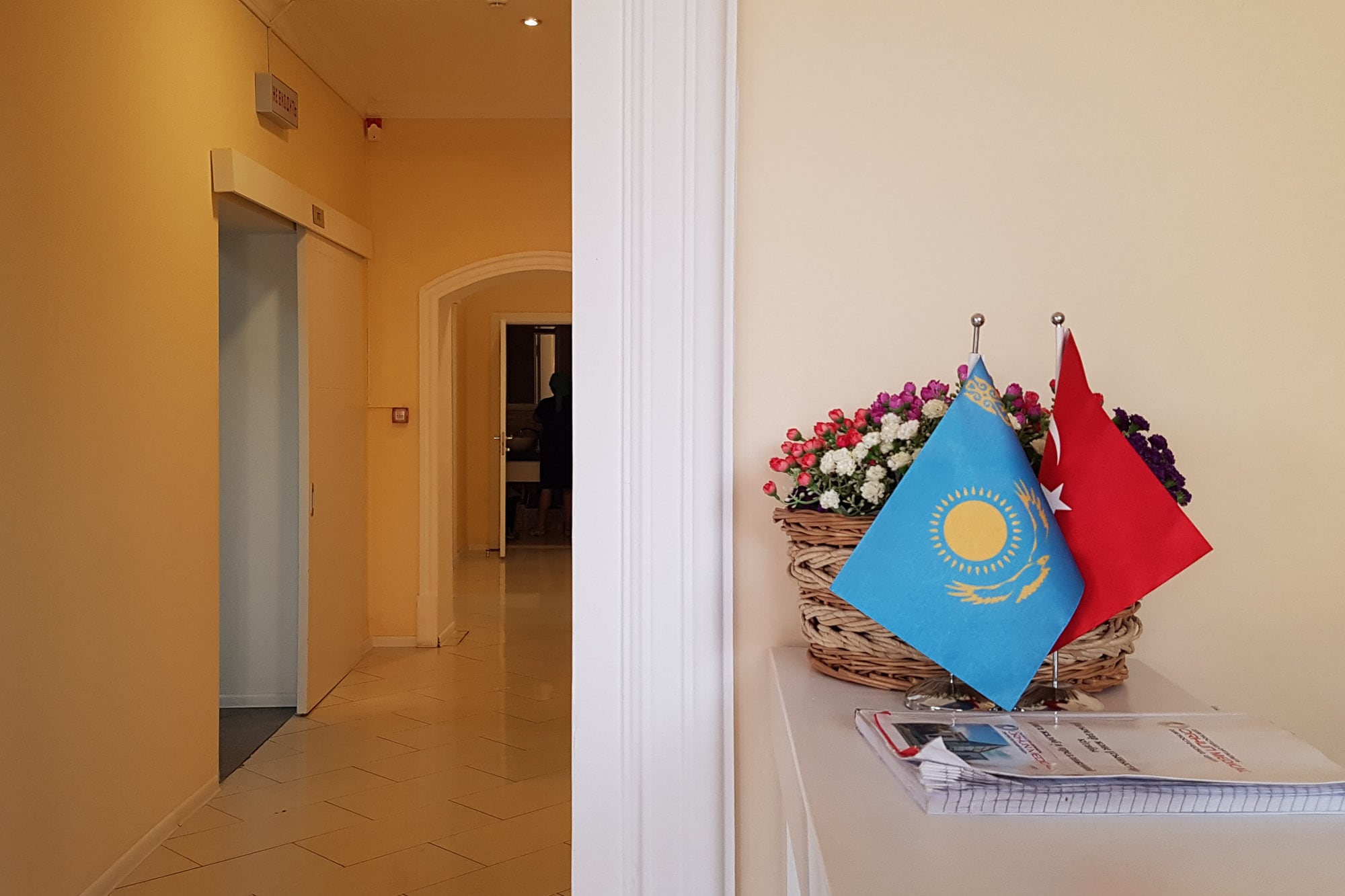 It was a private clinic, which meant that the lines were shorter and the facilities were better. It didn’t mean that it was expensive though (I spent about 40 dollars for an MRI).

So at first we did an ultrasound (because the pain was just above my kidneys, and because doing an ultrasound had never hurt anyone): 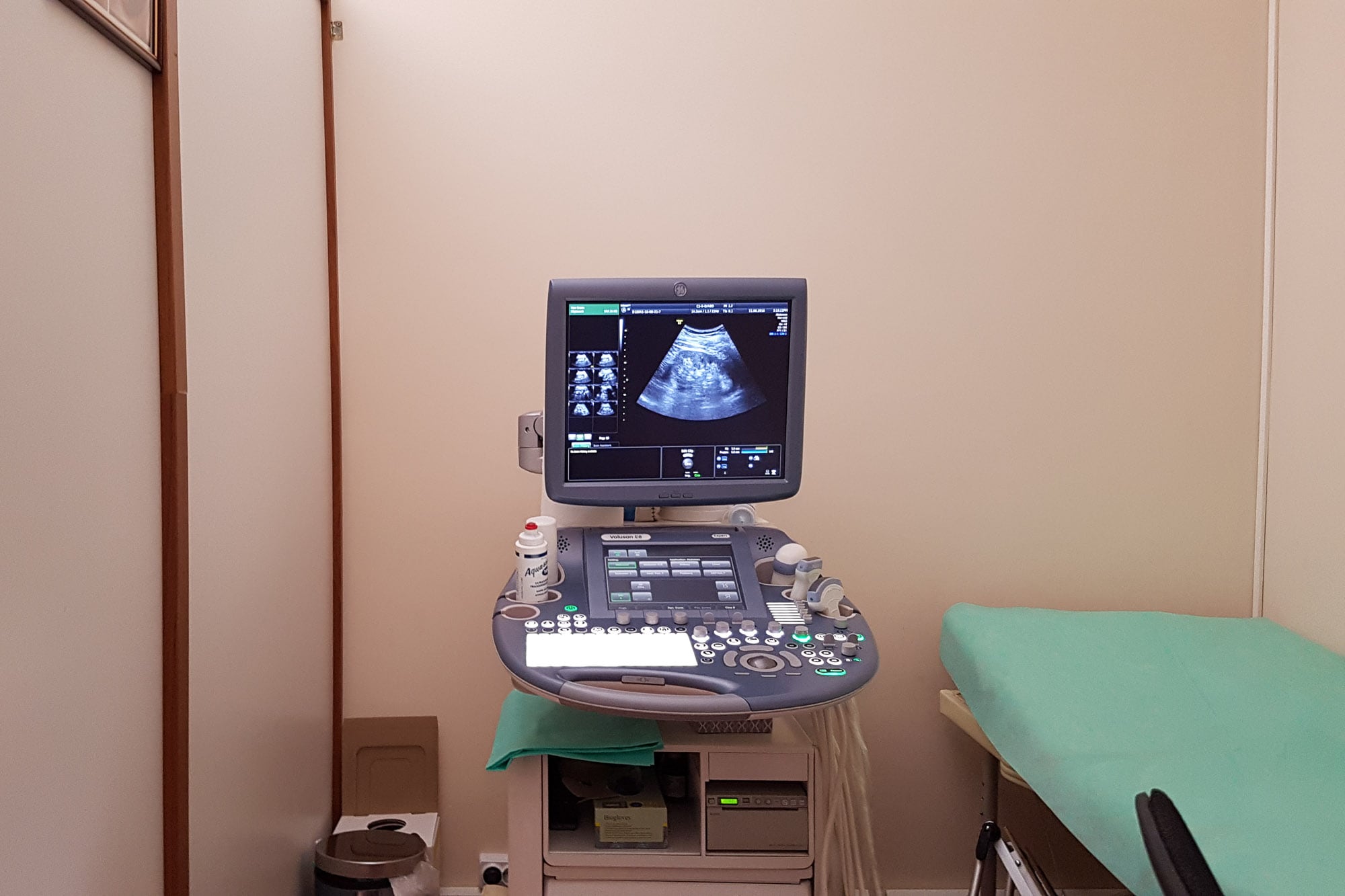 It turned out that my kidneys were good. However, I was told to try to drink more water. This was in fact a problem I faced when walking in the heat of summer: I would drink between five and six liters a day. But I would just sweat most of it out.

So okay, more water then, I could do that!

But what about the pain?

Remember how the Caboose and I fell down a slope a few times back in Charyn Canyon?

Well, each time we fell I had to lift her up again, and the Caboose was heavy (not sure how heavy exactly, but I suspect her to be around 60kg when she is fully loaded).

I had had some issues with my back before this, but the Charyn disaster had made everything much worse.

So we decided to do something more sophisticated than an ultrasound: 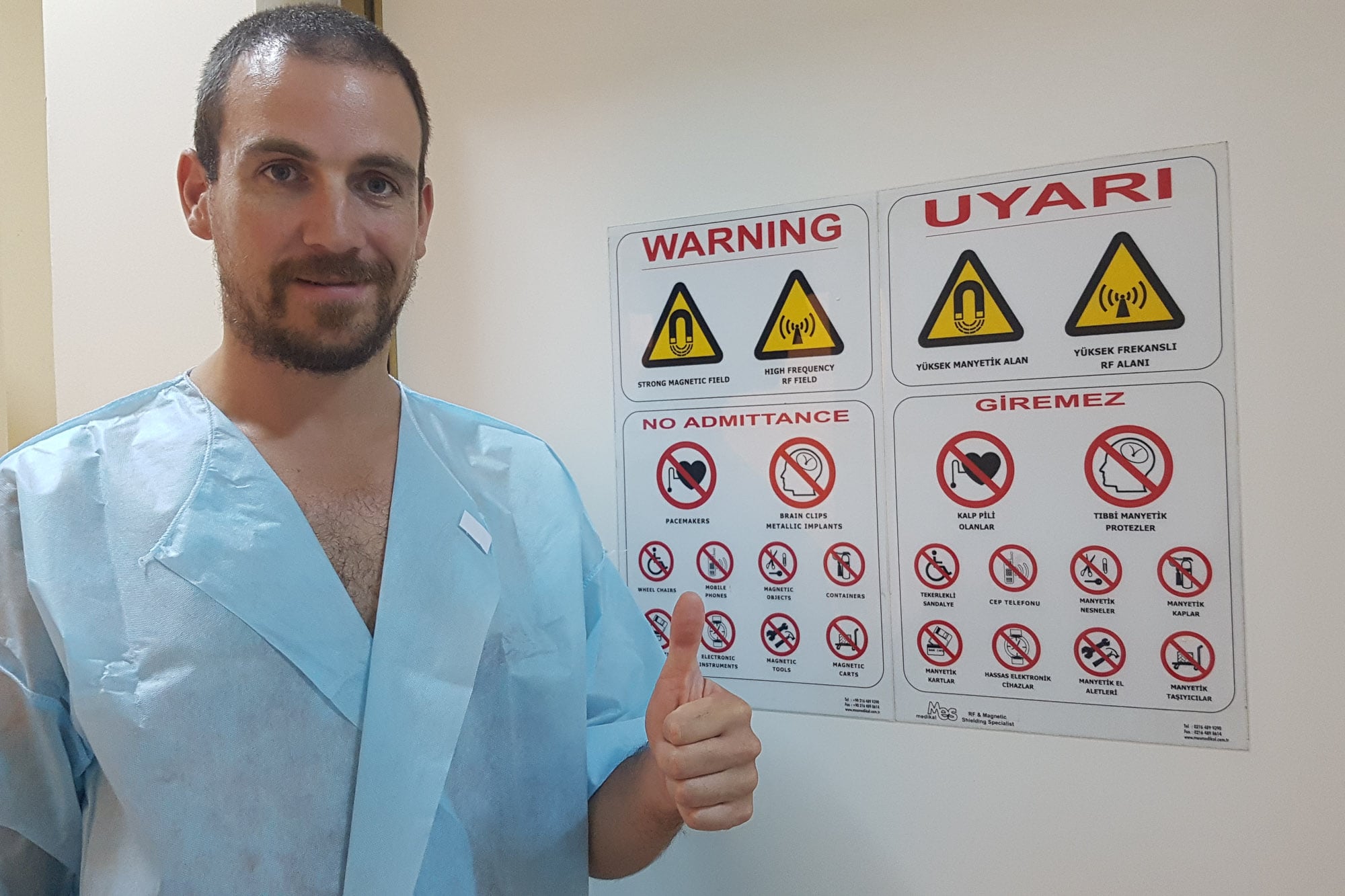 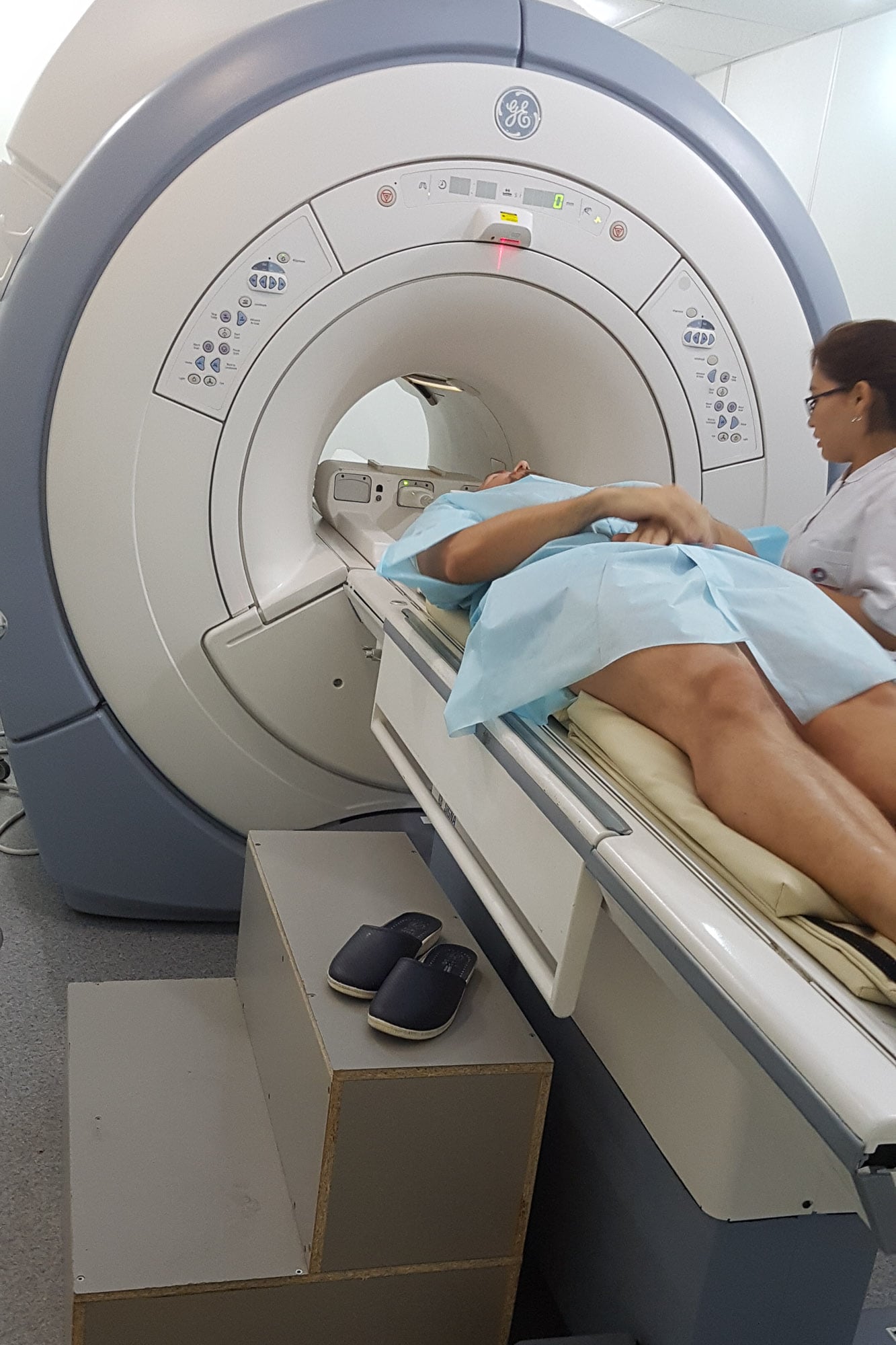 So here I was in Kazakhstan, a country that I had wanted to simply walk through, and I found myself in this puffing and pulsing tube that resembled my imagination of a space capsule.

The diagnosis was not so awesome, though.

Well, it wasn’t actually that terrible either, just some nerves that were being squeezed the wrong way, but I was scared as hell.

As hell, I tell you.

The physician, a kind man from Turkey, comforted me and said I would be okay if I did some physiotherapy. But I would have to stay in Almaty for a while.

I am such an idiot, I thought.

People often ask me why I like to refer to myself in that way. Well, here it is: I have been in Almaty for almost two weeks now. Just WHY hadn’t I come here earlier? Why had I thought I could just ignore the pain and it would go away?

Of course I don’t think I am always an idiot. Just sometimes. Maybe even most of the time?

Anyway here I was, on my stomach, looking at a minimum of one more week in Almaty: 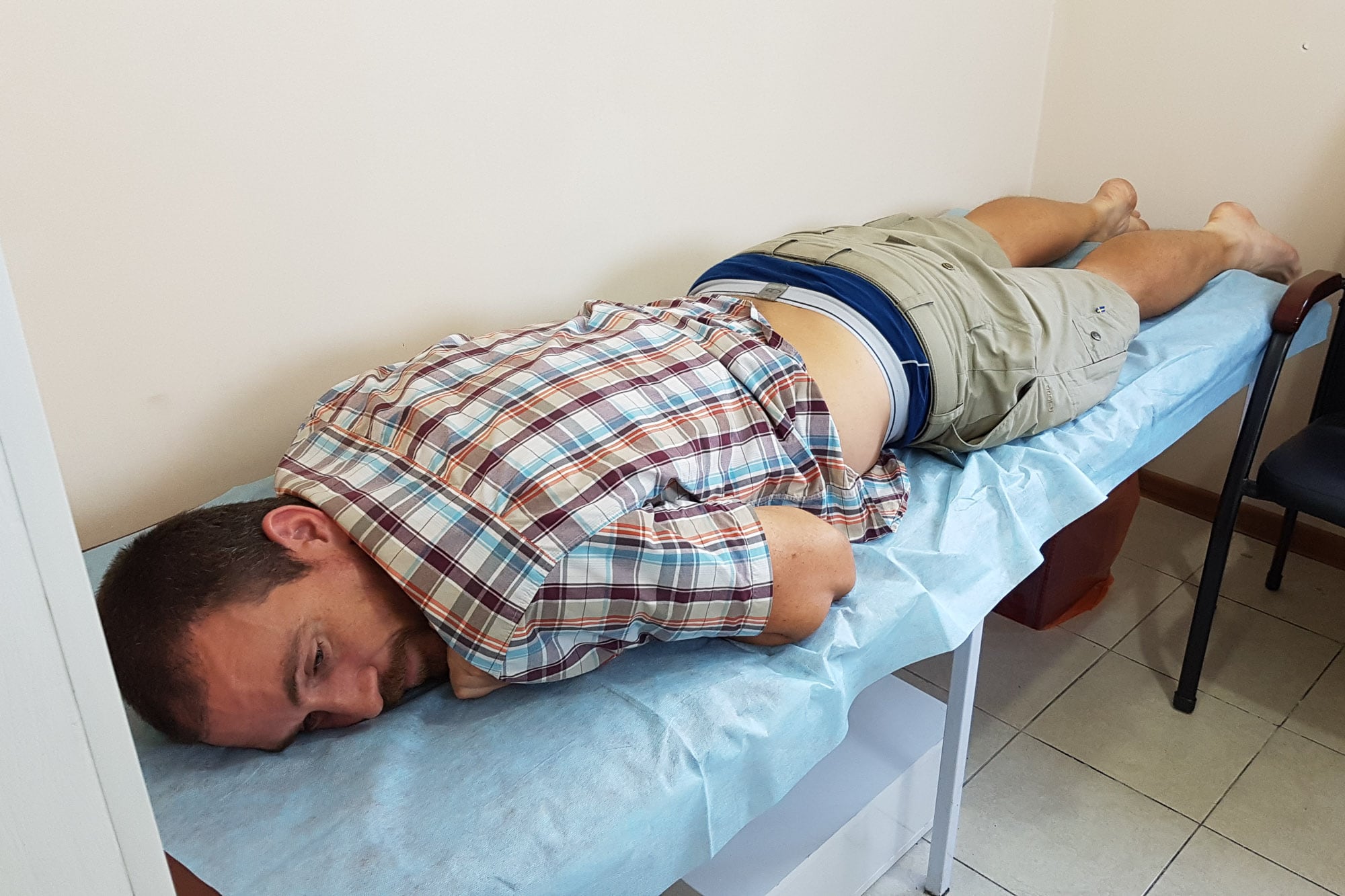 I was thinking about whether I should just go ahead and call this site “The Longest Stay” when the doctor told me that we would have to do some injections. He apparently wanted to stop some spasms in my back muscles:

It was good when it was over.

Later that night, I had some ice-cream to make myself feel better. And I found a nice colorful fountain in a park.

I especially liked how it started and how it stopped. At last, I thought, this was a fountain that was not sentimental at all! It appeared in all its colorful glory, and then it vanished. Just like that.

I envied it a little, this fountain.

After all, it didn’t have a back.

So it would never have to deal with back pains.