I woke up feeling terrible. Maybe the cold had finally caught up with me?

So here I am talking about food. 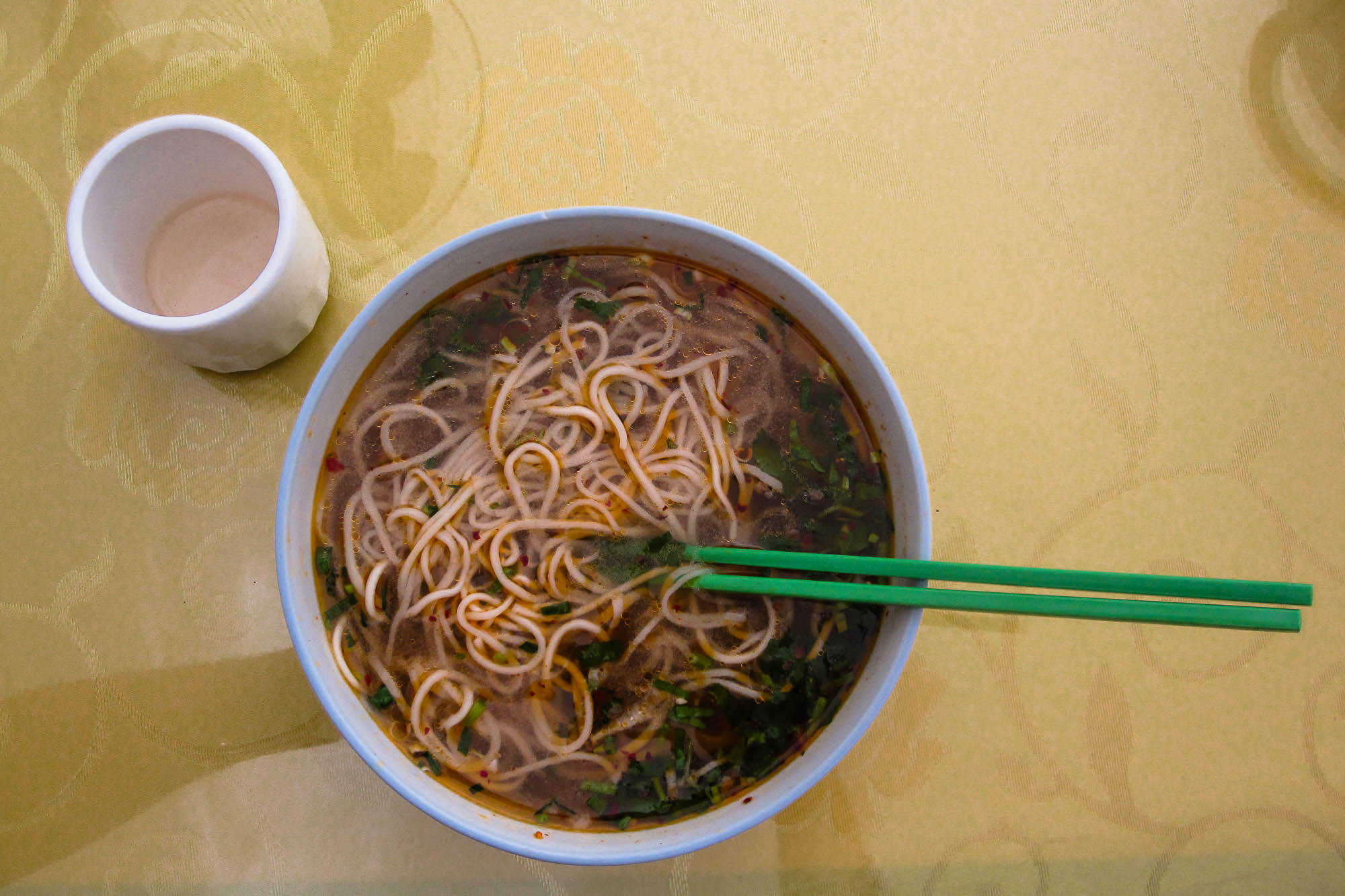 I have mentioned that I really like this dish before, only at that time I didn’t tell you anything about penghui 蓬灰.

Penghui is something that cooks put it into the noodles in order to make them more stretchy. Some people don’t eat this dish, because they are afraid of suspected harmful effects of penghui.

Just what exactly is this penghui?

As the title suggests, the English translations that I found online were just as useless as they were funny.

So, let’s look at the characters: 灰 can stand for ashes, or dust.

The character 蓬 is far less common, but it eventually points to a plant called xiaopengcao 小蓬草, which goes by the English name of horseweed.

So in conclusion, this penghui is apparently a “powder derived from horseweed”.

Does this mean that there can be a harmful effect for the human body?

Hard to say. While a lot of my friends try to stay away from it (for said reason), online communities tend to say that consumption of penghui is okay.

I asked a restaurant owner once, and here is his answer:

“Eating Lanzhou Noodles is bad for your health?? People from Lanzhou have been eating this for hundreds of years without a fucking problem! 吃兰州拉面对身体有害吗?? 兰州人他妈吃好几百年都没事!”

Activity: illin'
Soundtrack: All – “Until Then”