In the morning, Robozwerg‘s eyes were much better, but the bike was much worse.

It seemed like it was just kind of slowly falling apart: 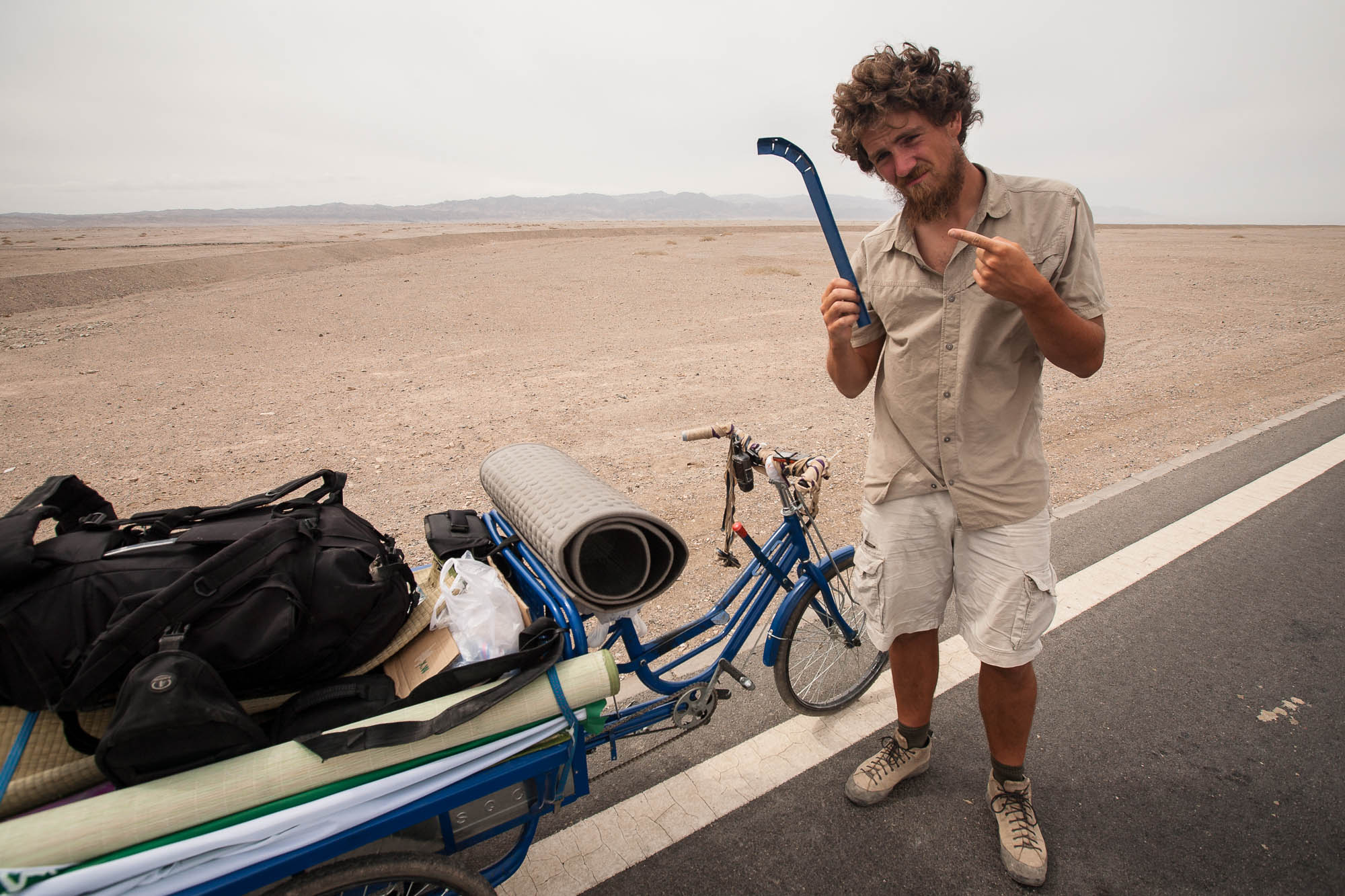 The weather had changed for the better though – there was absolutely no wind today.

So we joined in our efforts to push the Cucumber and the Caboose together:

At some point it was so boring I thought we were like ants in a football stadium: 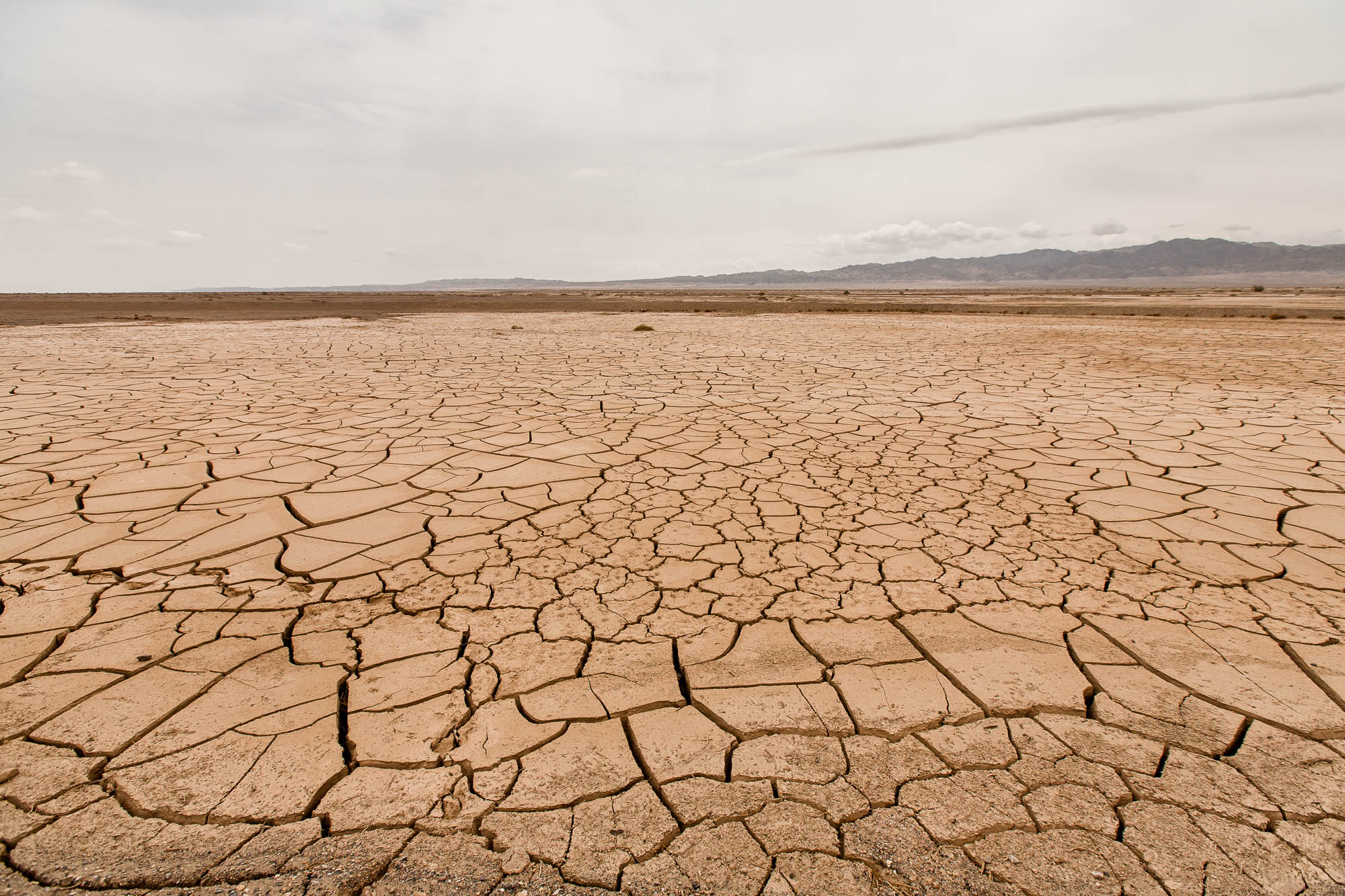 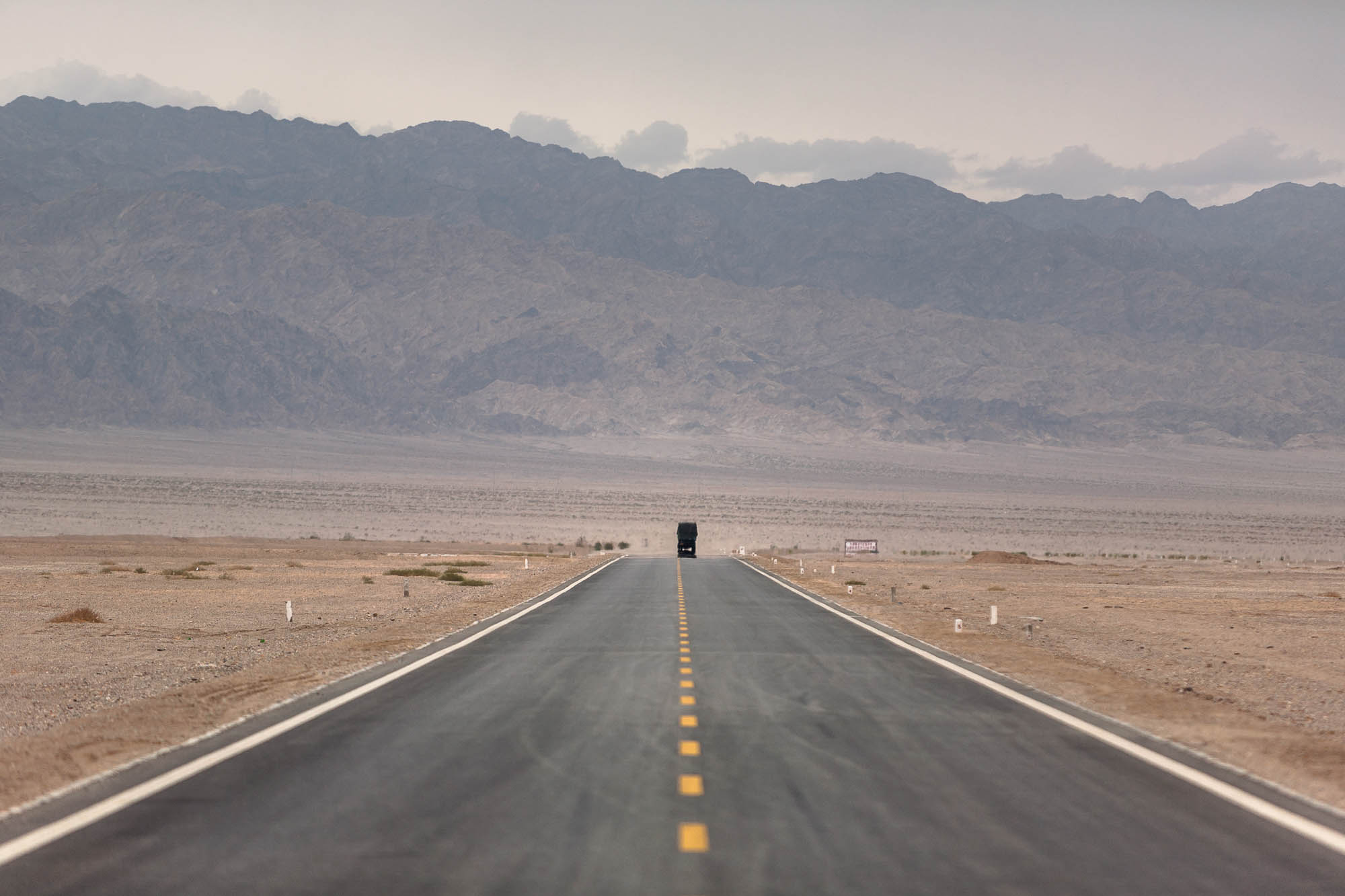 …we were making our way through the vast expanse… 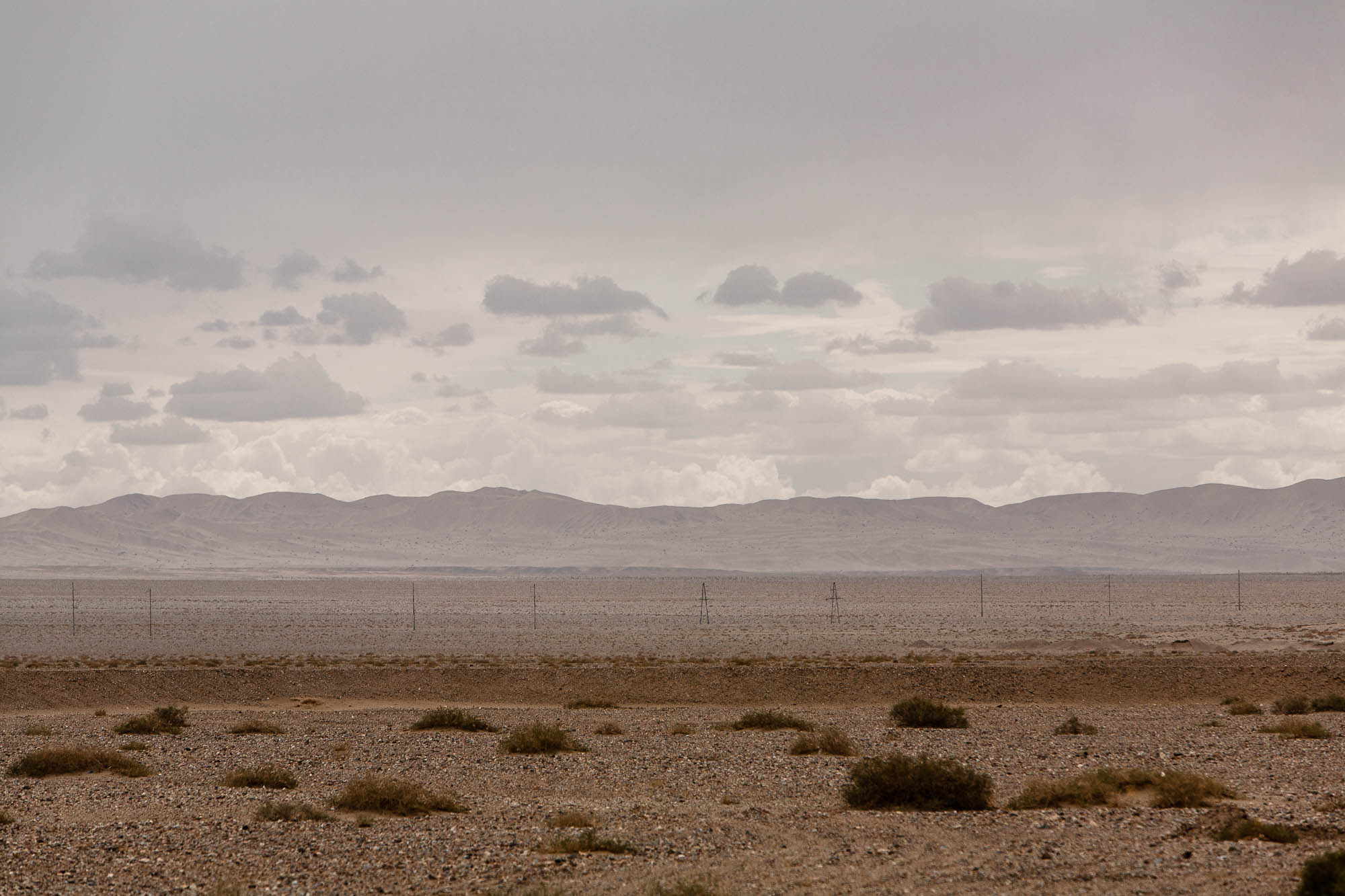 …unsure of how much was still laying ahead.

We almost rolled over a snake once: 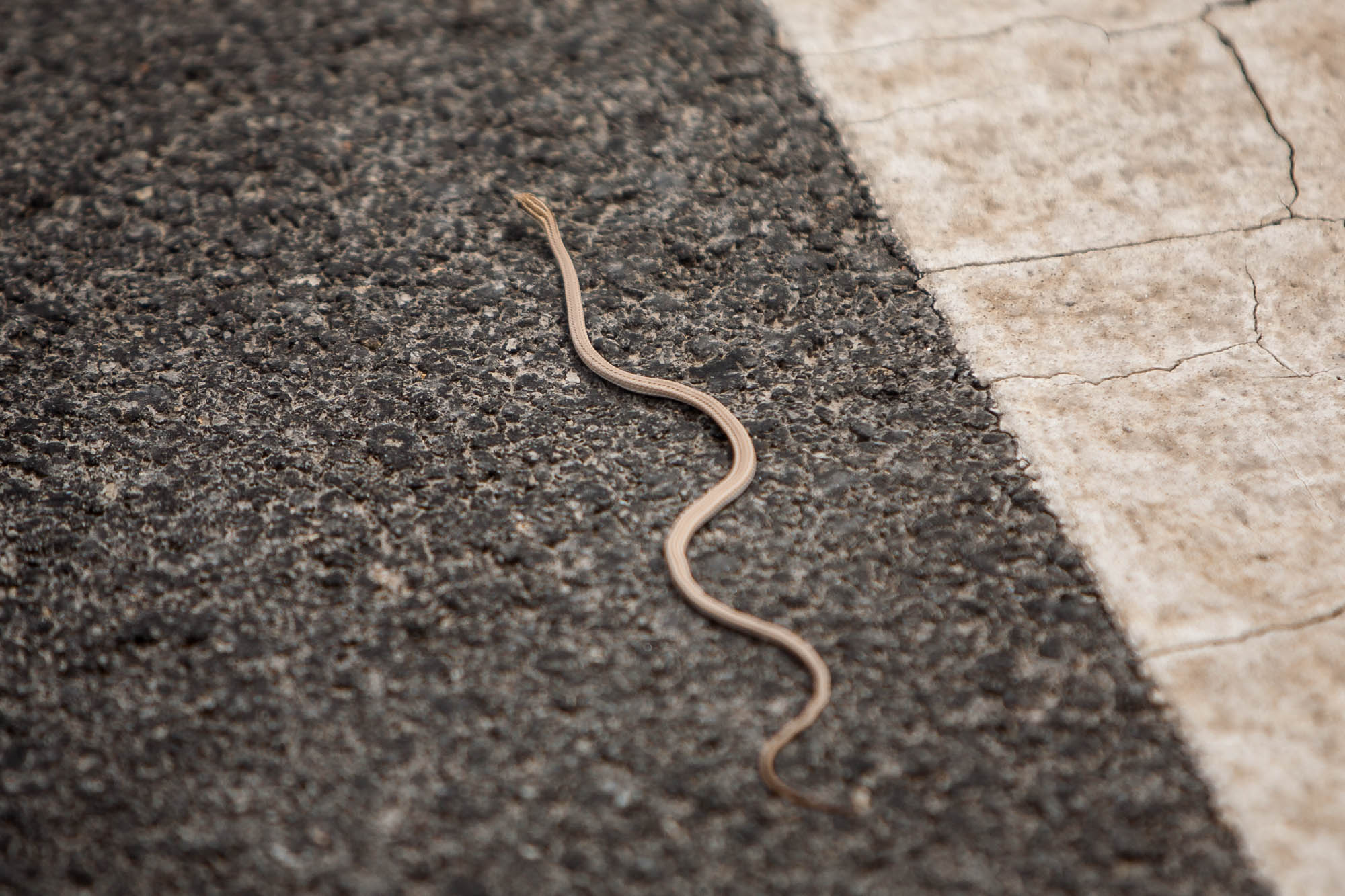 Although it might have as well been an earthworm.

Then, after hours and hours of being bored and singing songs, we got our first glimpse at the sand dunes that were supposed to be ahead: 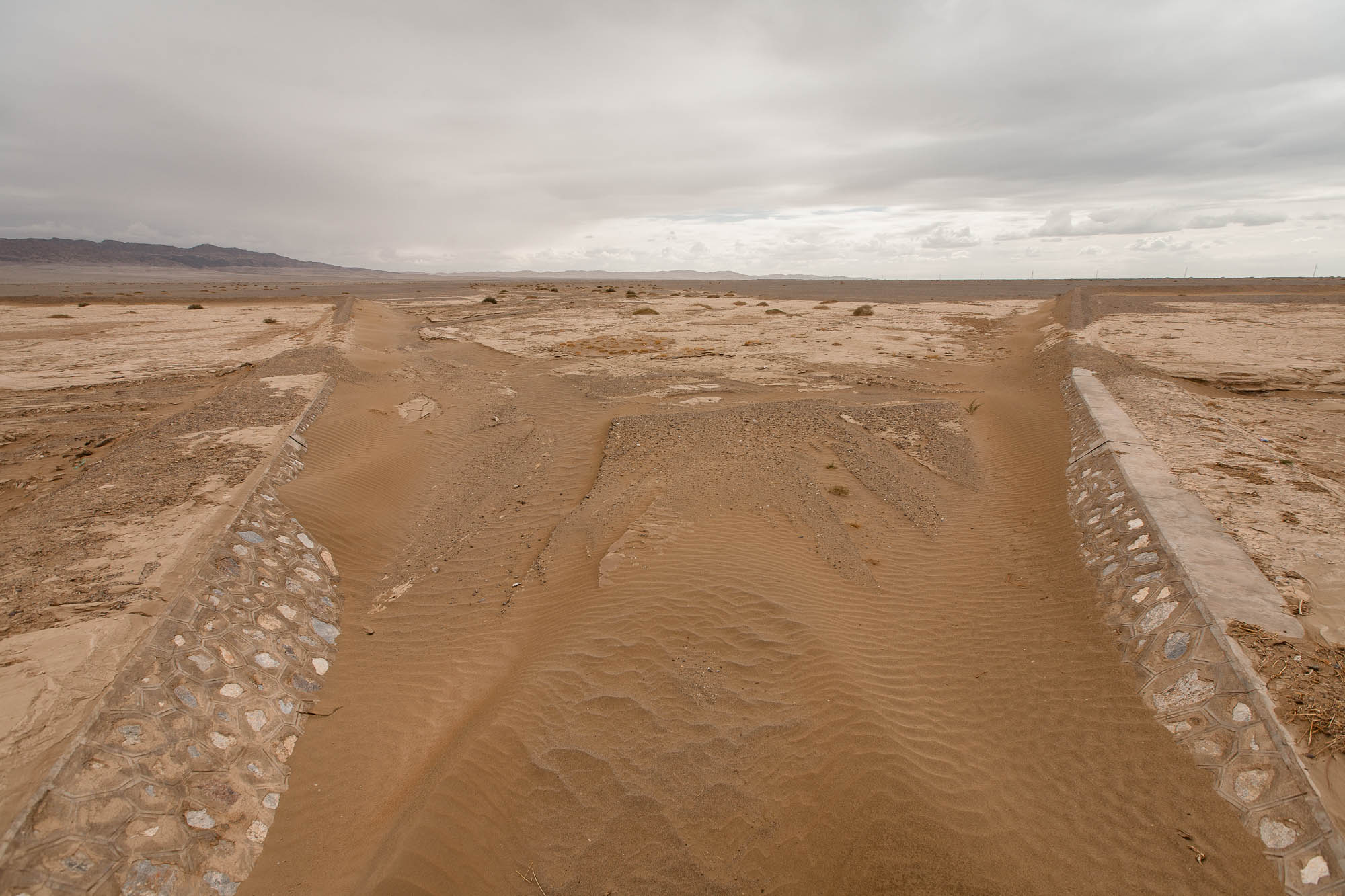 I tend to like sand much better when it’s on a beach though, but maybe that’s just me.

There was also this huge construction site that we passed by: 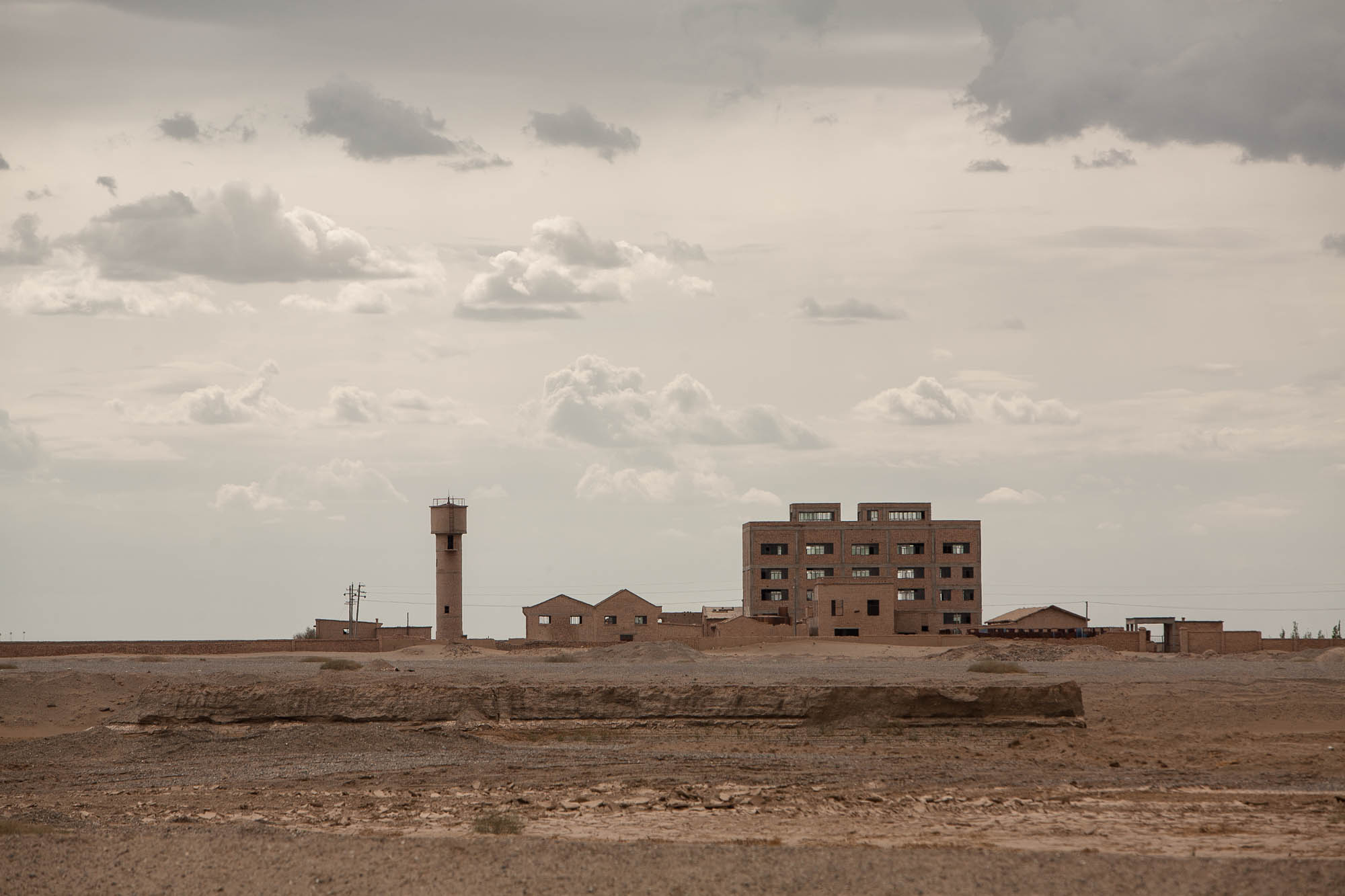 Someone later told me that the Hong Kong company that had started to build this 5-star spa resort out here in the desert 3 years ago was undergoing some “financial difficulties” lately.

To me, the whole thing didn’t look like such a good idea from the start, but what do I know.

The green stretch of land that forms the oasis of Dunhuang started not far from there: 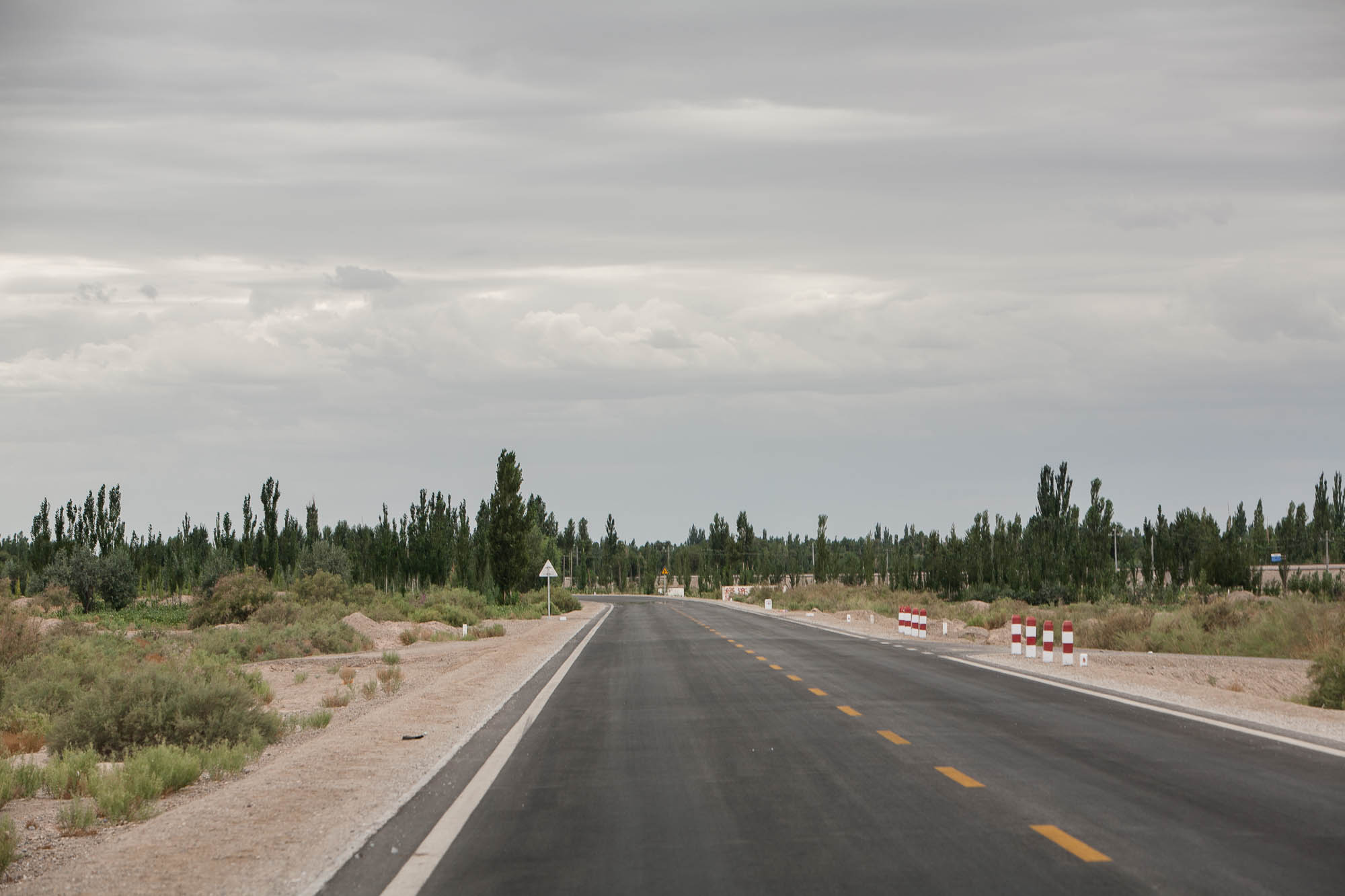 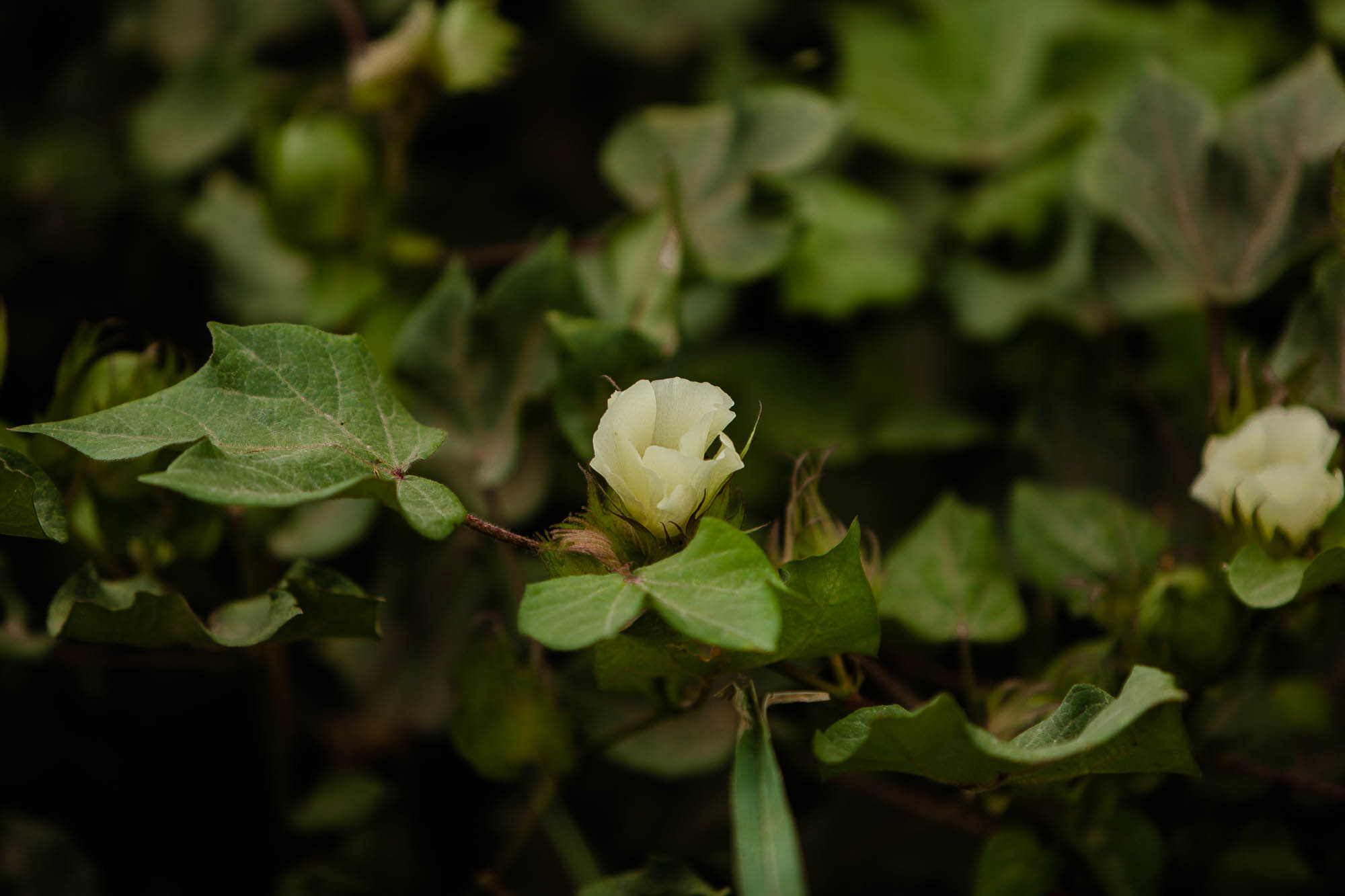 And we walked past some more ancient ruins on the way: 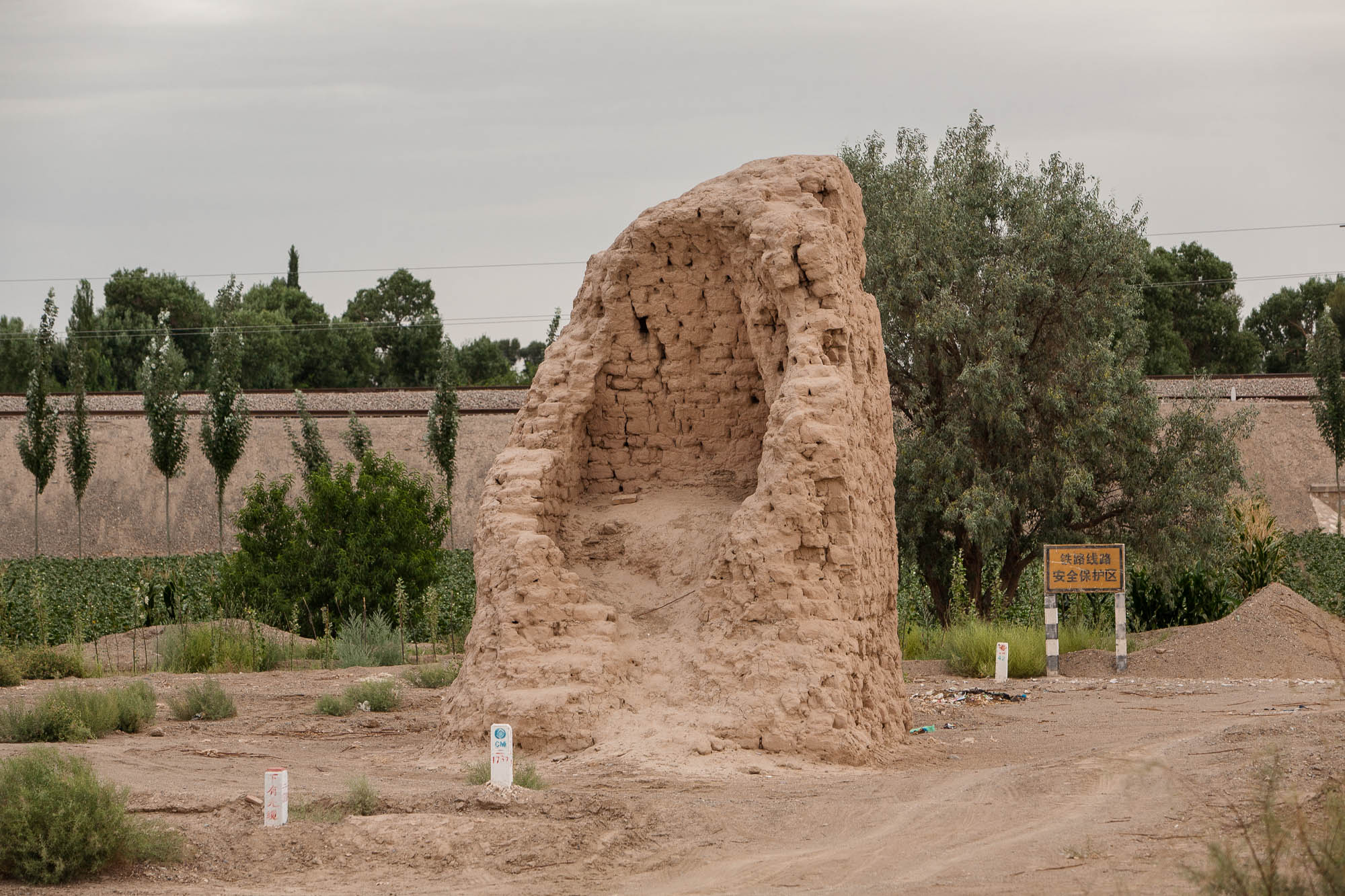 We made it to the toll station by 9pm: 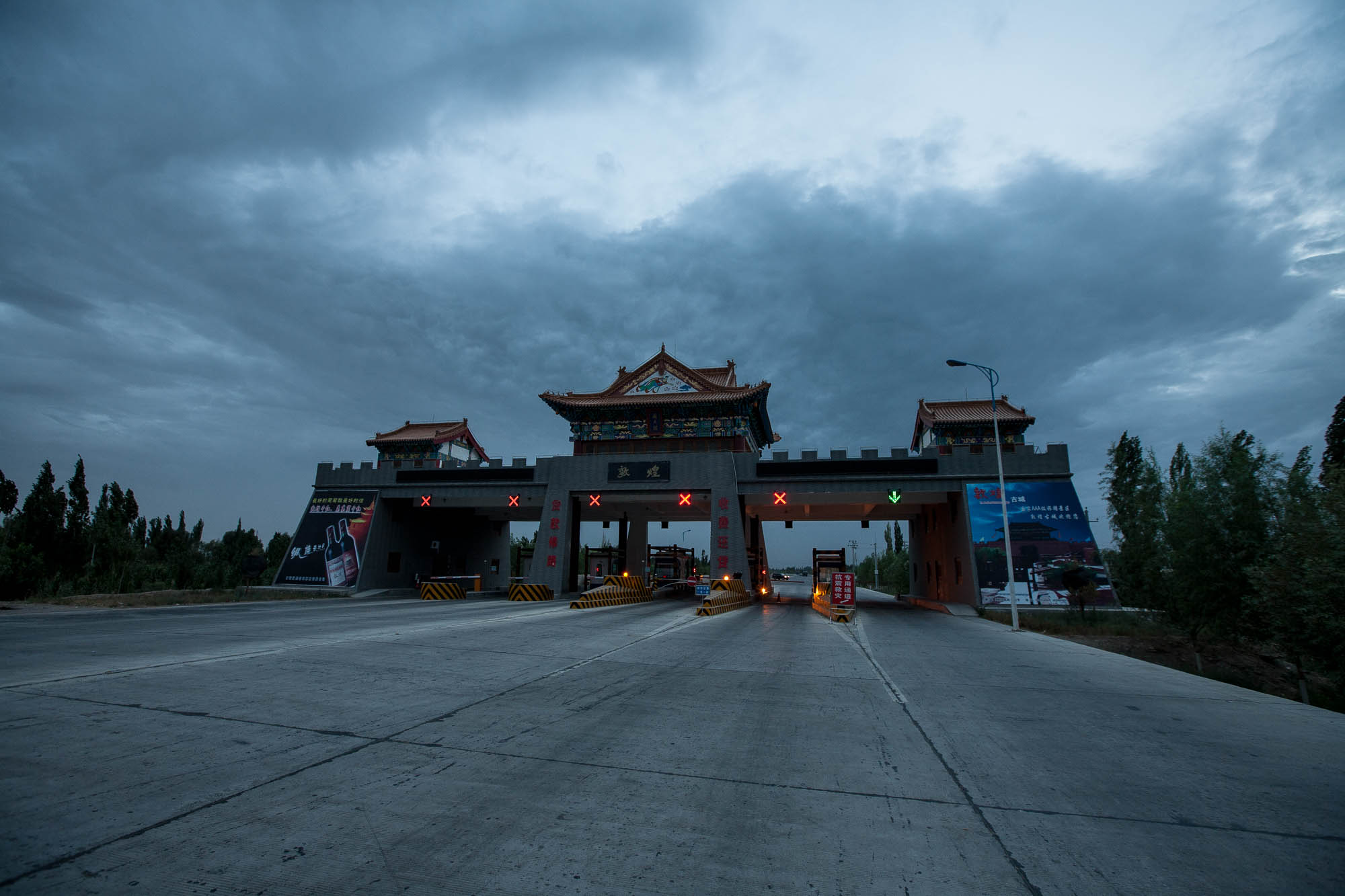 Our greatest wish was to get to a hotel in the city tonight, just to put an end to the misery of these last few days.

…smiling people to talk to,

So we kept on walking through the dark, until the city of Dunhuang finally gave us a warm welcome with all her beautiful lights: 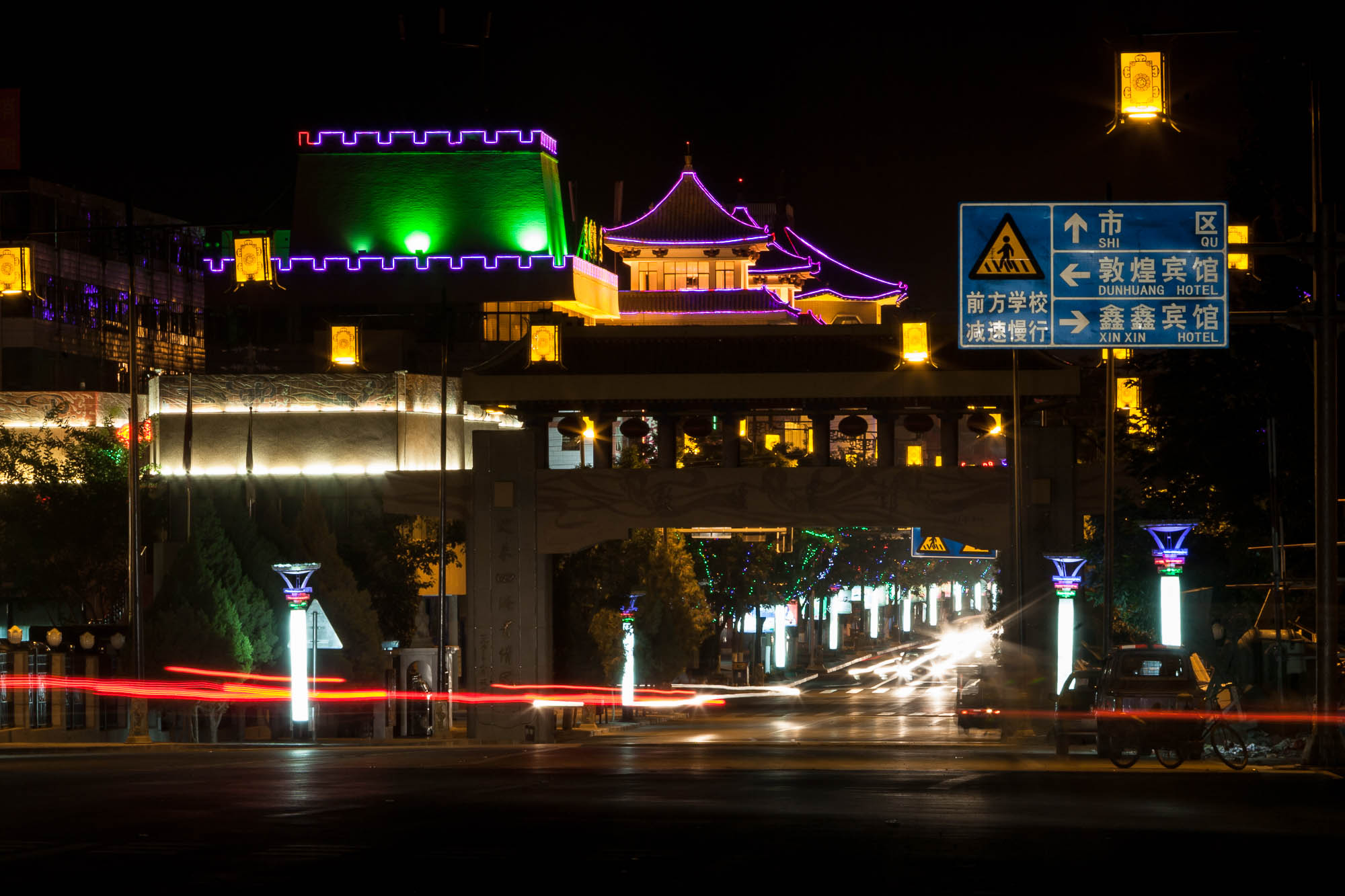 Oh, what a feeling.

“Now I actually think this one day of total blindness (if you can’t fight it – jump on it) was the coolest experience I have had during this trip so far.”

Day 265
from further down the desert to Dunhuang 敦煌