This post is about a day of amusement in Baoding. I make a friend and play air hockey, then we look at old men flying their handmade kites.

Today was a day of leisure, and today was the first time that I’ve ever had my own personal business card. It’s in Chinese and in English!

I decided I needed a business card. I wanted to stop having to scribble on little pieces of paper whenever I had taken someone’s picture.

You wonder what I have done to my fingernails on the picture above?

Well, the hands on the photograph are not mine.

They belong to my new friend Jiang Hua 姜华. 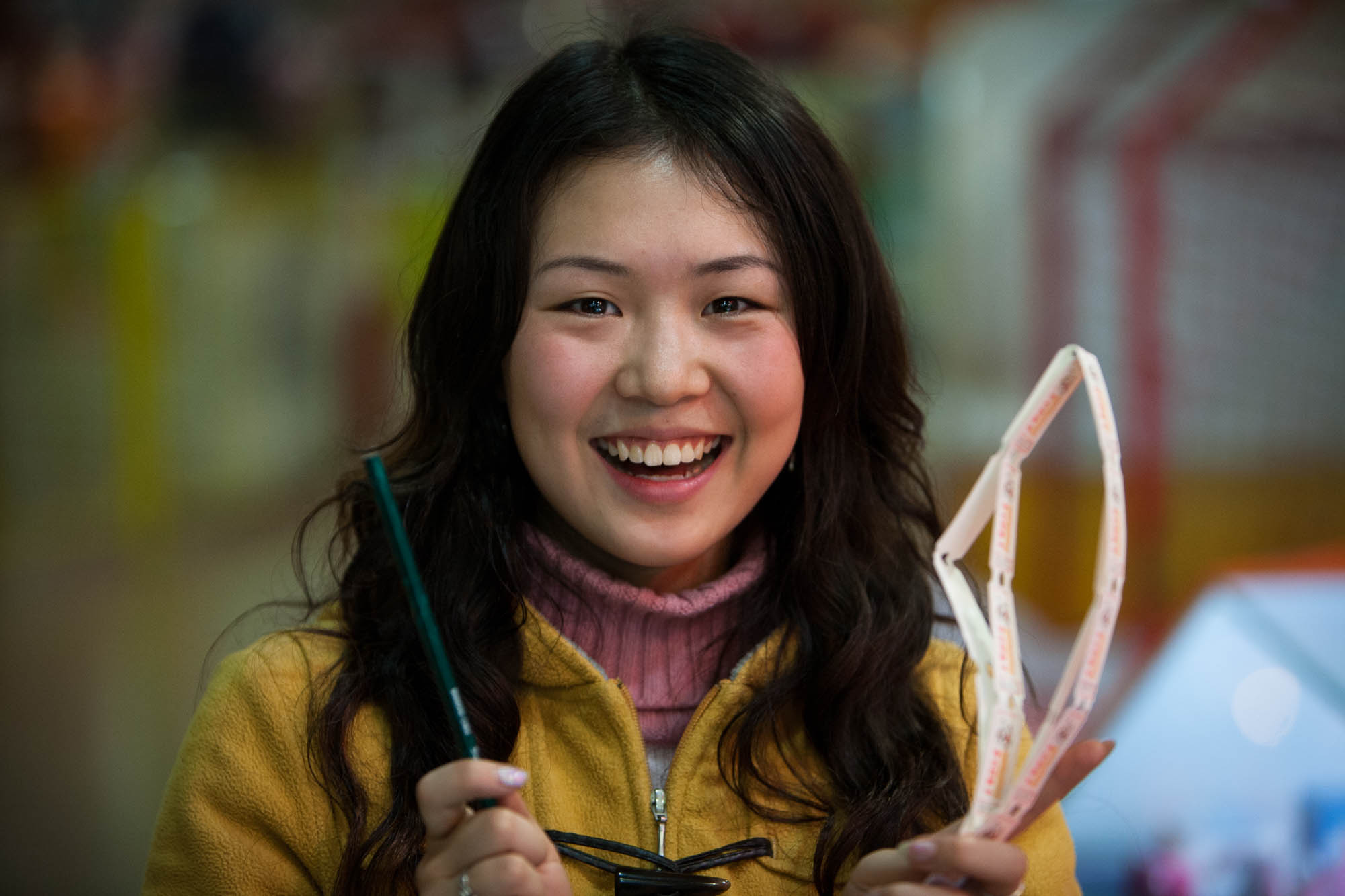 She had a day off from college and decided to take me out to play.

On this picture she’s holding up a pencil that we won in an amusement center. We were playing air hockey – or shuffle puck, as I like to call it. 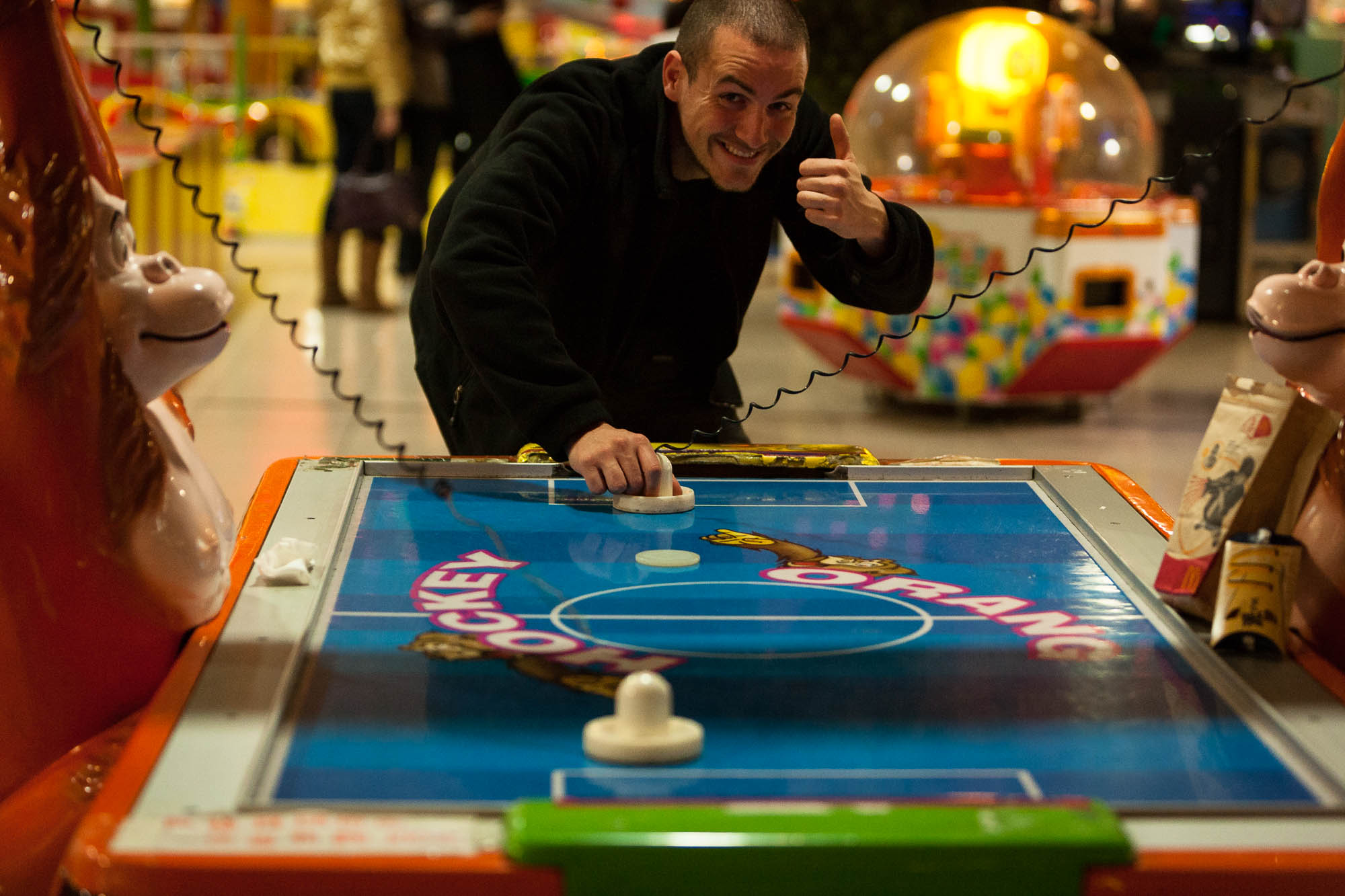 I was a bit confused though: so the undisputed king of shuffle puck comes and dominates several games – and all we get is a pencil? And how can we obtain a pencil-sharpener now?

Well, it was fun anyway.

We didn’t only play games though, we also looked at other people play. It was cold outside, and it was windy.

In spite of the temperatures, though, and probably because of the arctic gale, some guys had decided that today was the perfect day to go outside and take their kites for a spin.

We found them on a public square. 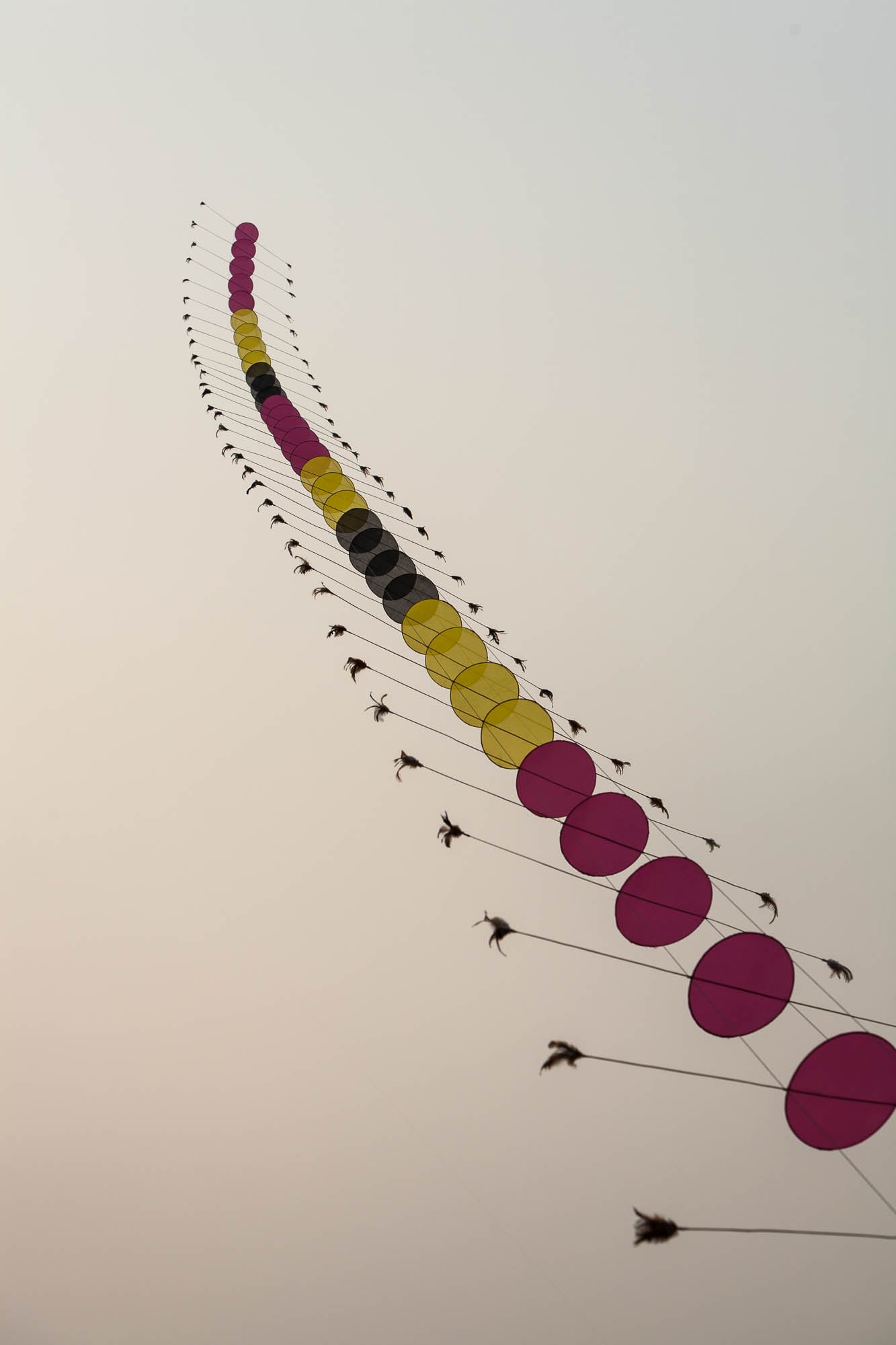 Most of them had apparently made their kites by hand.

I talked to one of them, and I found out that they divided their time this way: when it was windy, they came out and flew their kites. When it was not windy, they sat at home and built them.

I wondered what was more fun: build a kite or fly it. Some of the kites were made of more than 30 sections of a bamboo structure and paper. I was totally awe-struck.

And I started to wonder: would I ever be able to build my own kite and fly it when I was old?

Oh, lest I forget: Baoding is renown for its donkey meat dishes. I am not sure if everybody outside of China is aware of this fact, at least I wasn’t.

There was no harm in trying, so Jiang Hua and I ordered a dish of donkey meat. To be honest, it looked and tasted like any other meat to me. It could have been horse meat. and I thought it might have very possibly been a hinny or a mule, I would never be able to tell.

It was fun, though, because everybody seemed to be so proud of their Baoding donkey meat. Today was the last day for me here.

It’s been almost a week now that I have been staying in this town, and I am eager to continue walking.

The wide angle lens isn’t going to get ready by then, but I want to keep moving anyway.