This is a post about a Taekwondo tournament in Baoding. It’s mostly kids showcasing skills, and there are a few fights.

Today I finally understood what Zhu Hui had been talking about all this time. He had been trying to explain to me that he engaged in some sort of martial art, but I just didn’t understand.

For all I knew he could have been specializing in some kind of weird shadowboxing dance or something. Well, today we went to a taekwondo competition in a middle school in Baoding and had a look. 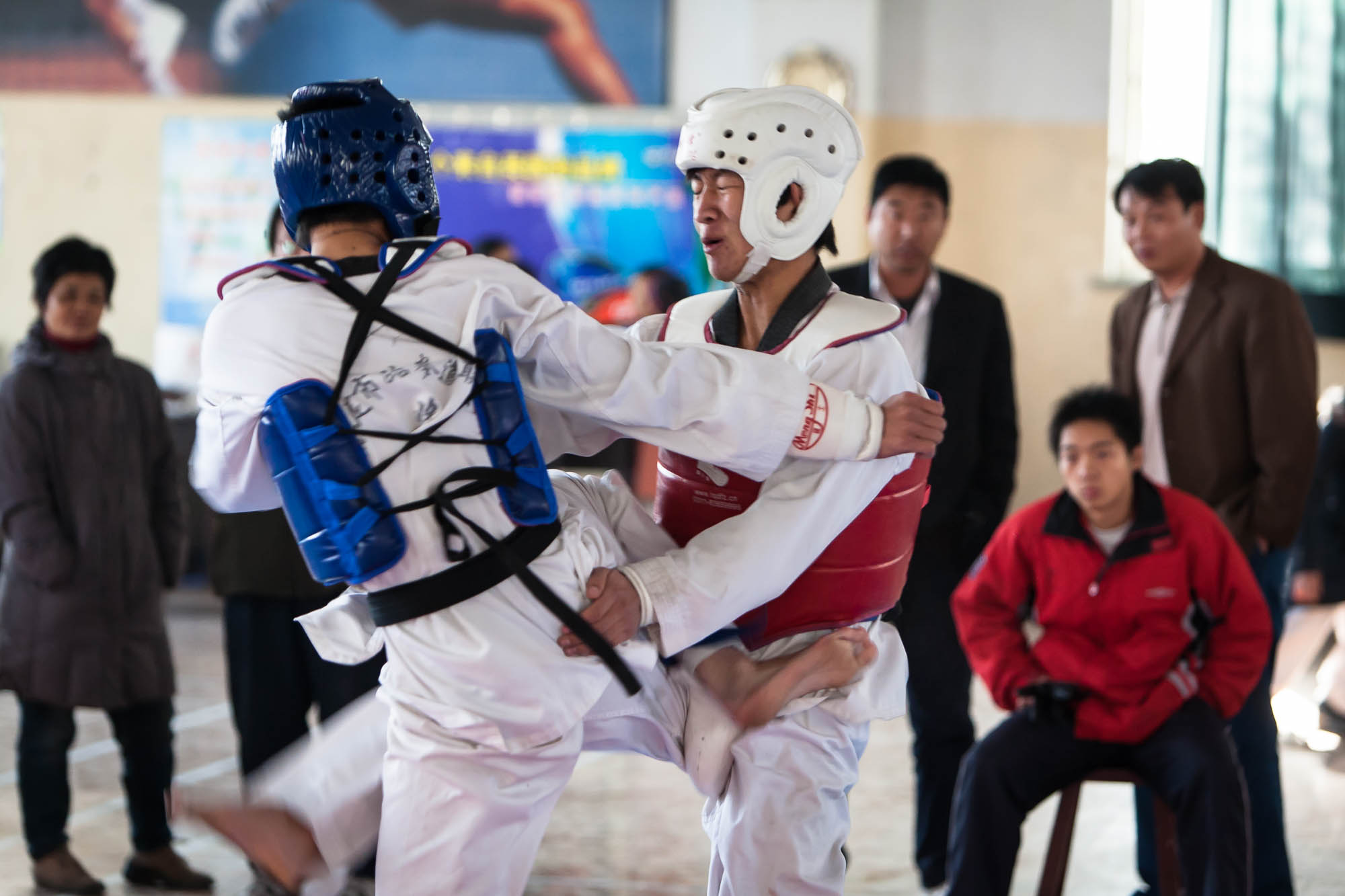 I used to have a friend in middle school who was into this sport. I don’t remember ever seeing him fight, though. He just played ball and rode his bicycle around town like the other kids.

Sometimes I wonder what happened to that friend.

I got to talk to one of the fighters. His name was Pei Haonan 裴昊楠, he was almost 13 years old, pounded in at 39kg, and had acquired the brown belt. 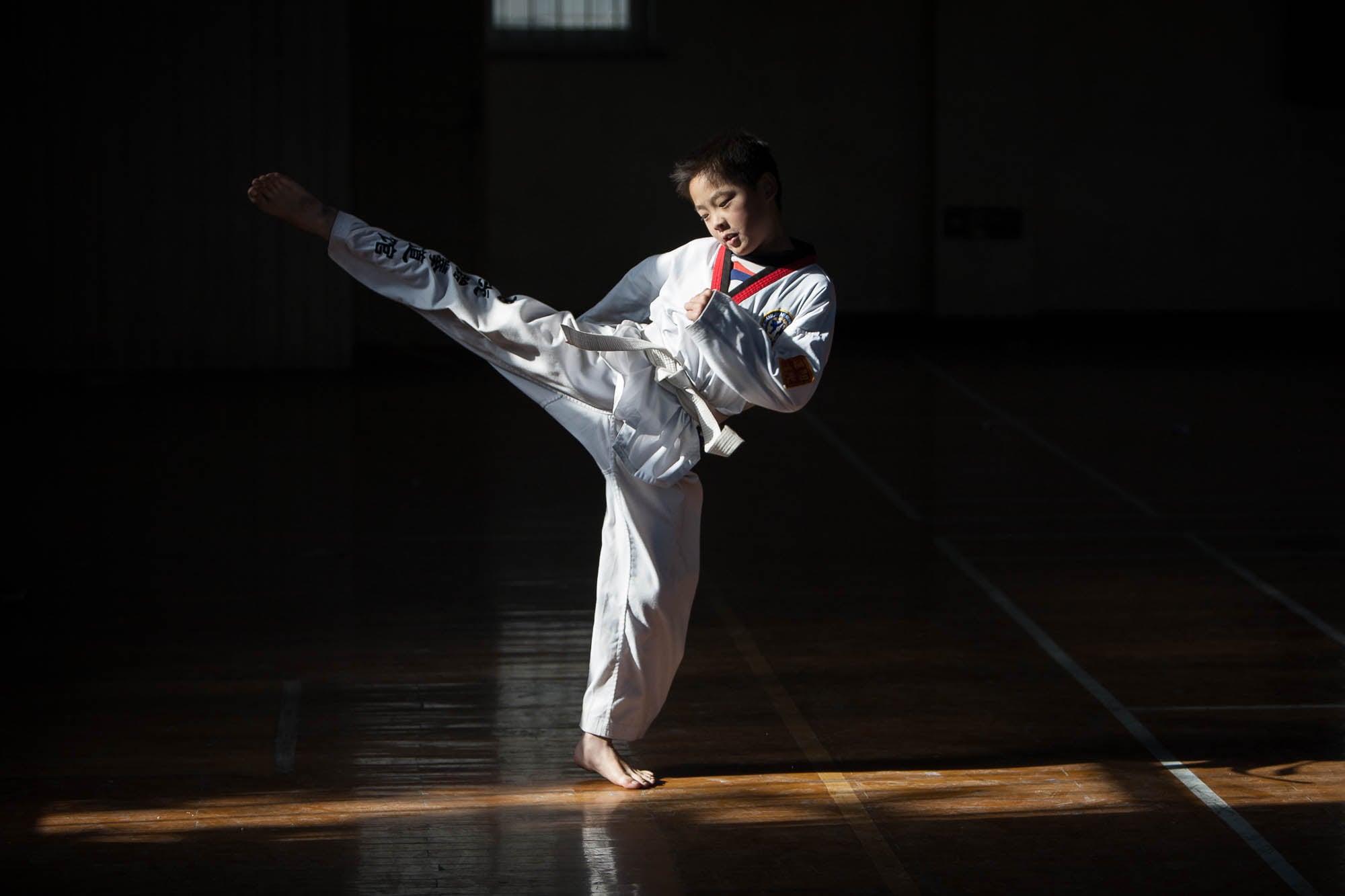 We had a little conversation.

Chris: “Did you lose or did you win today?”

C: “Where you nervous at all?”

P: “Well, the very first time, I was nervous then!”

C: “And do you remember how you did back then?” 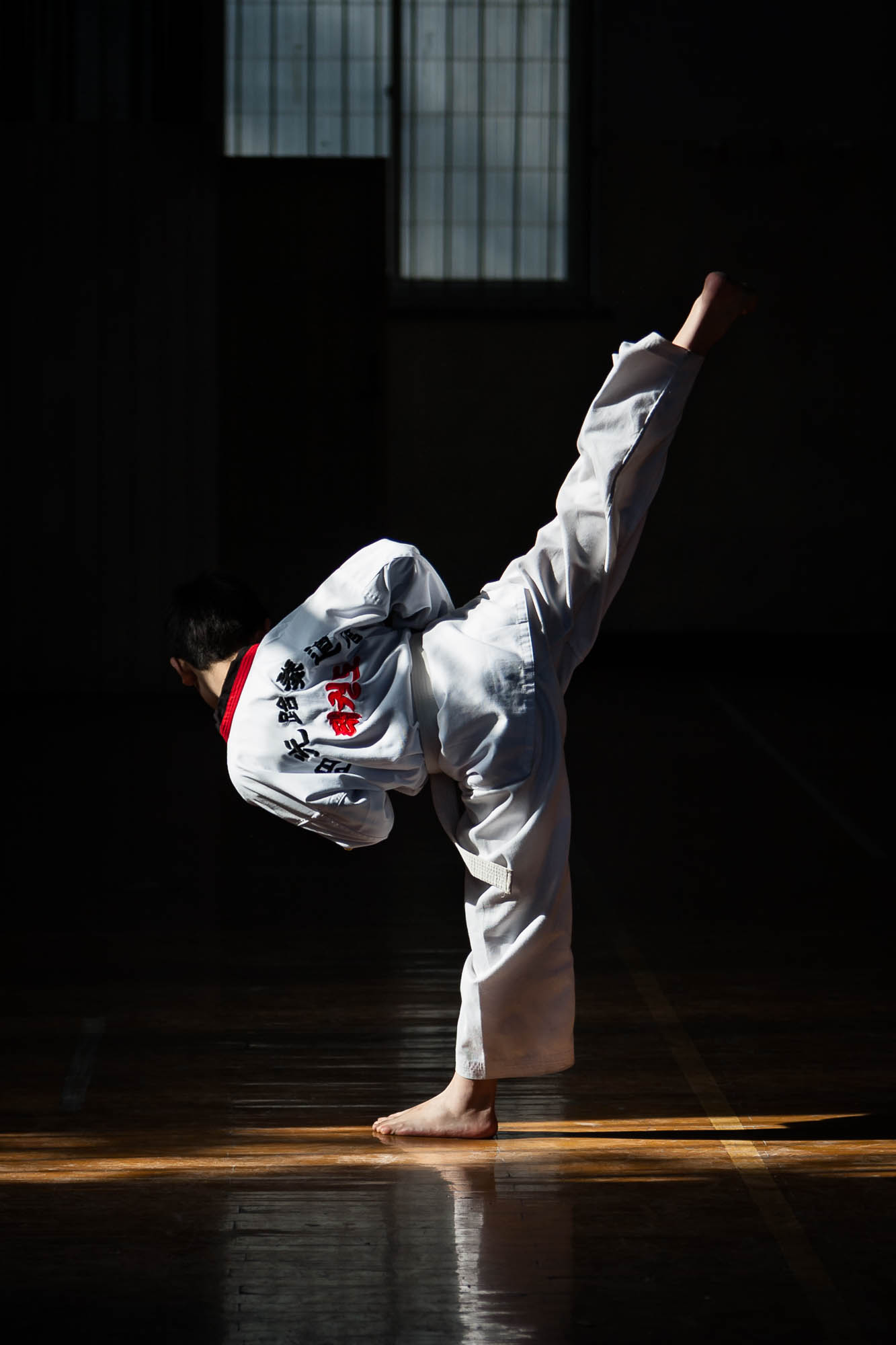 Looking back I wonder how Pei Haonan would have done, had he been just a little bit more nervous today, at the taekwondo tournament in Baoding.

I guess we will never know.