This post is about a 23km walk from Liangxiang to Liulihe. The traffic is terrible, but the hot shower at the end is great. 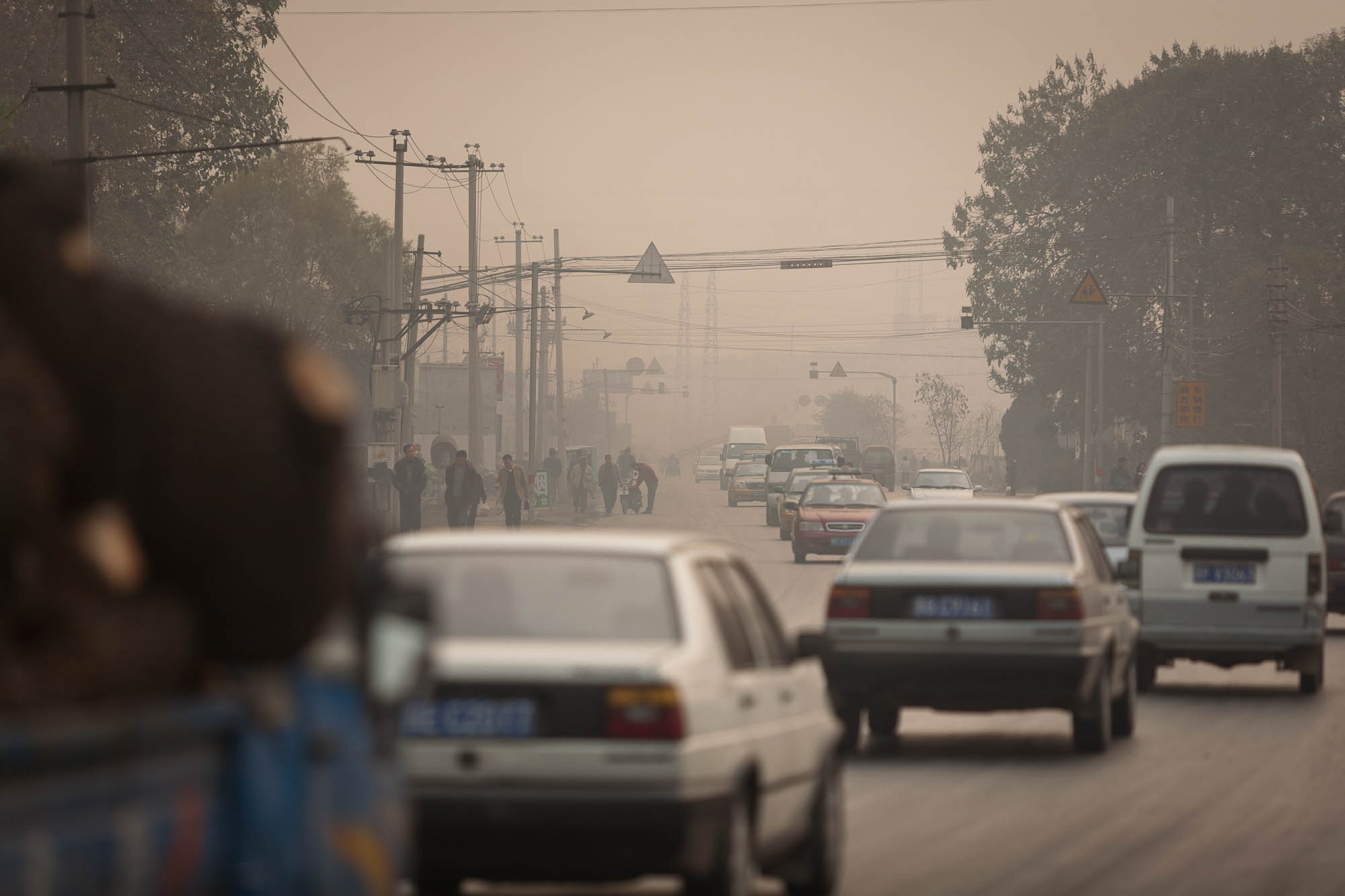 This is the asphalt that I’ve been massaging with my feet for hours and hours today.

The one good thing about this road is this: it’s almost completely straight. Check it out on the map, it’s amazing – and by the way, it’s also amazingly boring to walk on.

I can only imagine how much exhaust I must have inhaled today, and my head is still dizzy from seeing all those wheels spinning and all those faces turning. 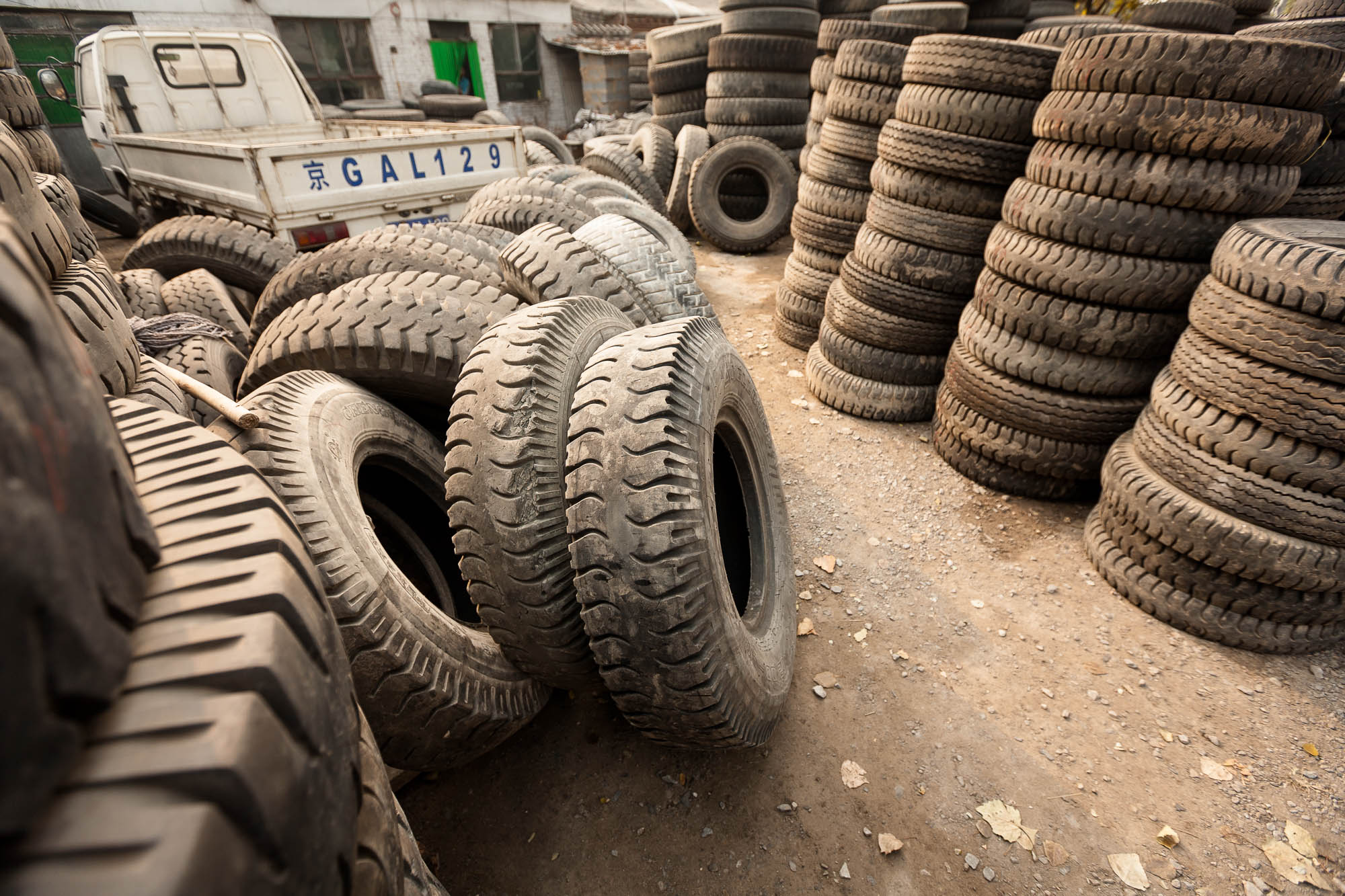 And the stuff that was going on right and left of that road didn’t look much better, either. In fact it didn’t look that much different from it at all. 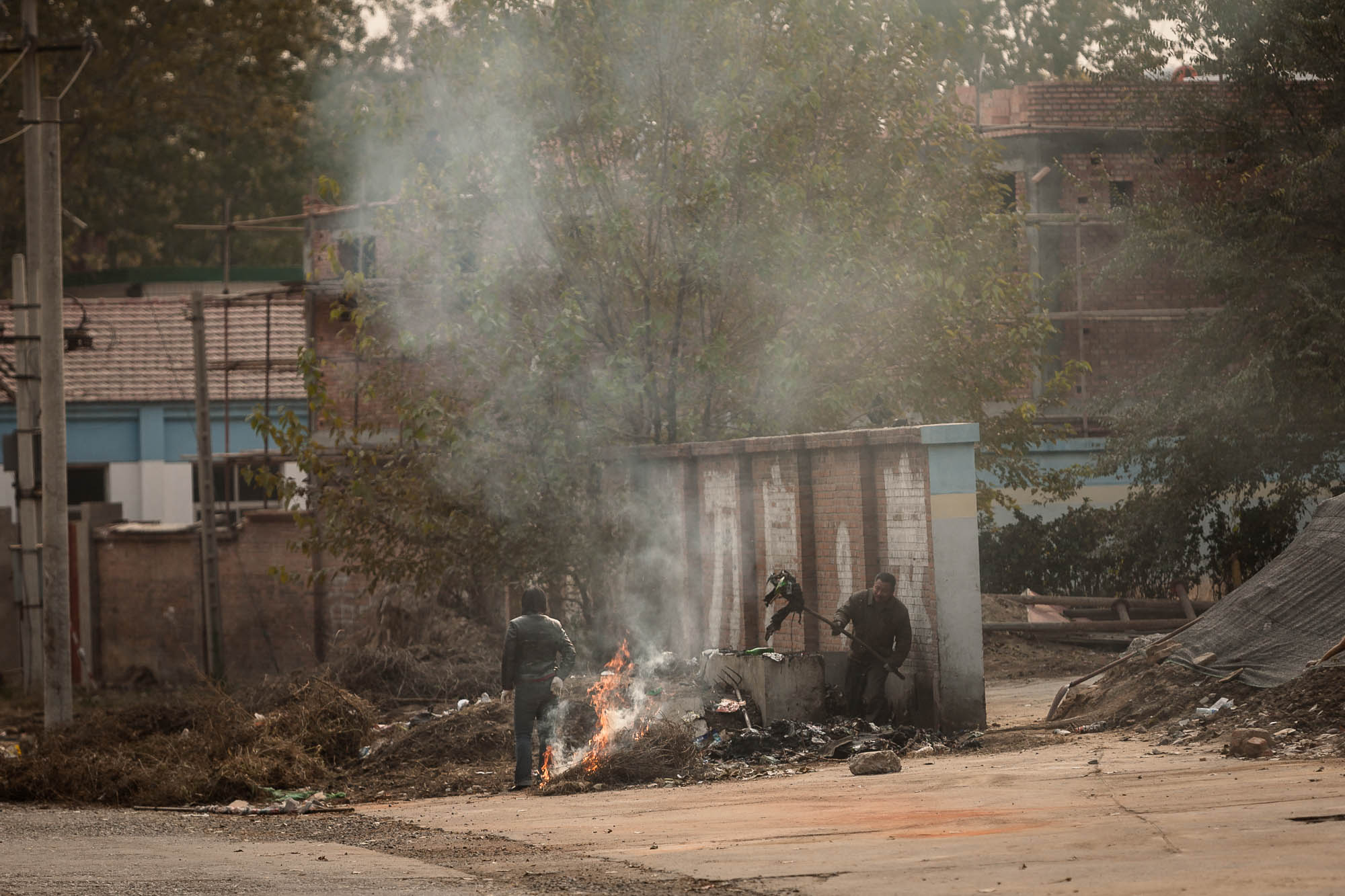 Scenes like this are basically what I’ve been looking at for the most part of the day.

I even asked a bunch of people if there was another road to where I was going, but you guessed it: nope.

It all turned out to be okay, though. After a short nap in a gas station I decided to put some music on, and that basically carried me the rest of the way.

When I got to Liulihe, I found a hotel where they fumbled with my passport for what seemed to be like a half hour. Then they gave me a room.

There was a shared shower in the boiler room. When I opened the door I saw this: A puppy had occupied the spot right in front of the furnace. He decided to give it away in order to play with my beach slides while I was in the shower.

And it was a great shower: the water came out strong and hot.

A good thing, the best thing, at the end of a fair day.