The seagulls love it. When a fishing boat comes in or someone tosses some leftovers into the water, then they come from all directions and circle the place. They remind me of a swarm of flies.

I, too, have come to eat. There is a fish restaurant here that also serves a few dishes without fish. Soup. Salad. Fried potatoes. Given that I walk around most of the day, it seems silly to take a walk after lunch, but I do anyway, and when I do, I stumble into a place where they make boats.

And they really make them from scratch. First they get a bunch of wood logs, then they use big circular saws to cut them, and then they put them together. The half-finished boats remind me of the viking boat replicas that I’ve seen in museums.

When I leave, a dog decides to come along. I don’t know why. Maybe it’s because I have petted him before, and maybe this kind of thing doesn’t happen to him very much. Either way he walks with me for two hours or so. Then he gets into an argument with some other dogs and leaves.

The road is quiet most of the time. I can hear the birds in the trees and the Black Sea caressing the shore. There is another tunnel, but it’s again very short. The sun has just set when I arrive at the Cape of Jason, another place attributed to the protagonist of the myth of the Golden Fleece.

There is an old church there on the cape. I pitch the tent next to it. Then I sit there and listen to the waves. 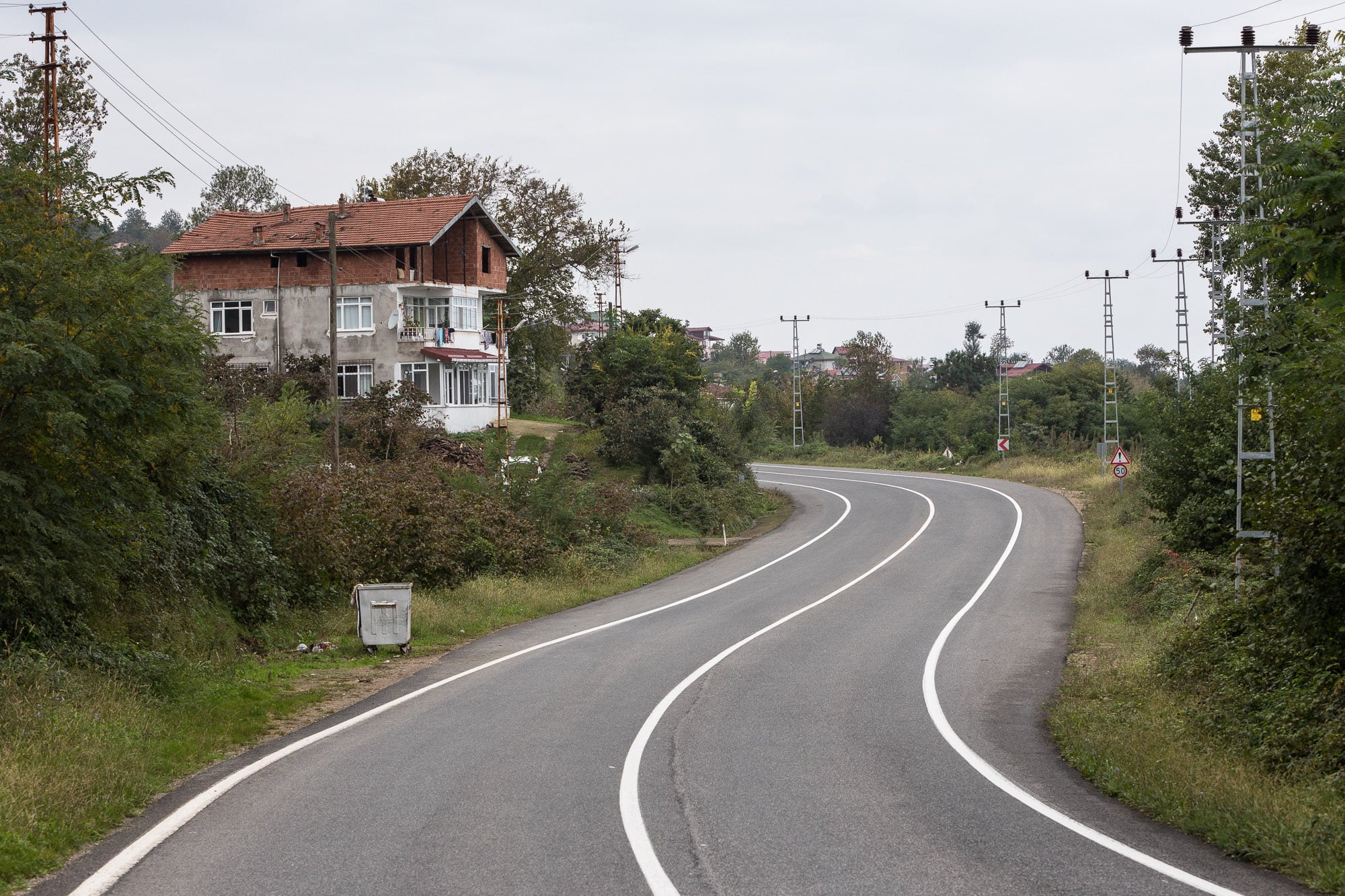 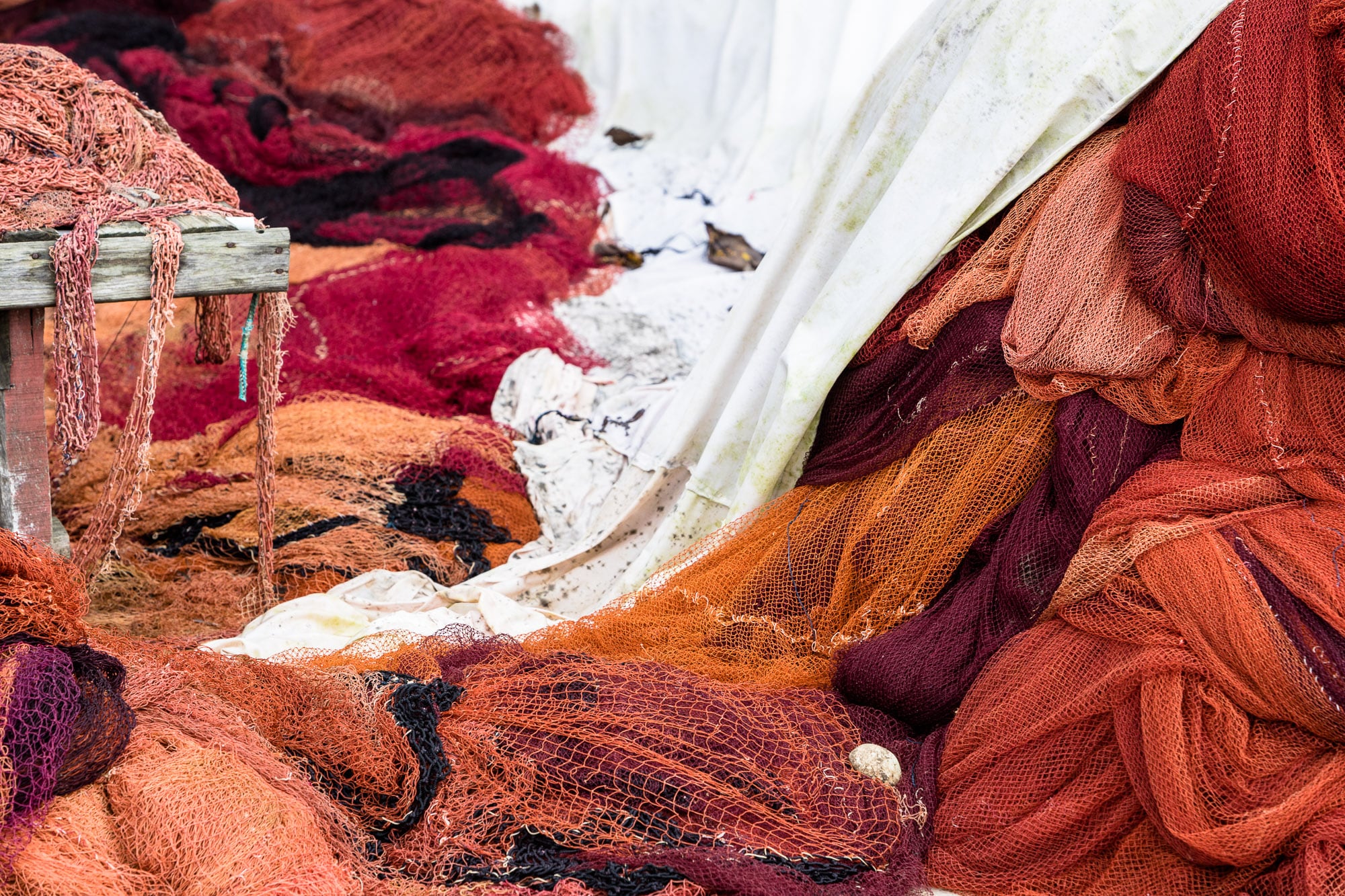 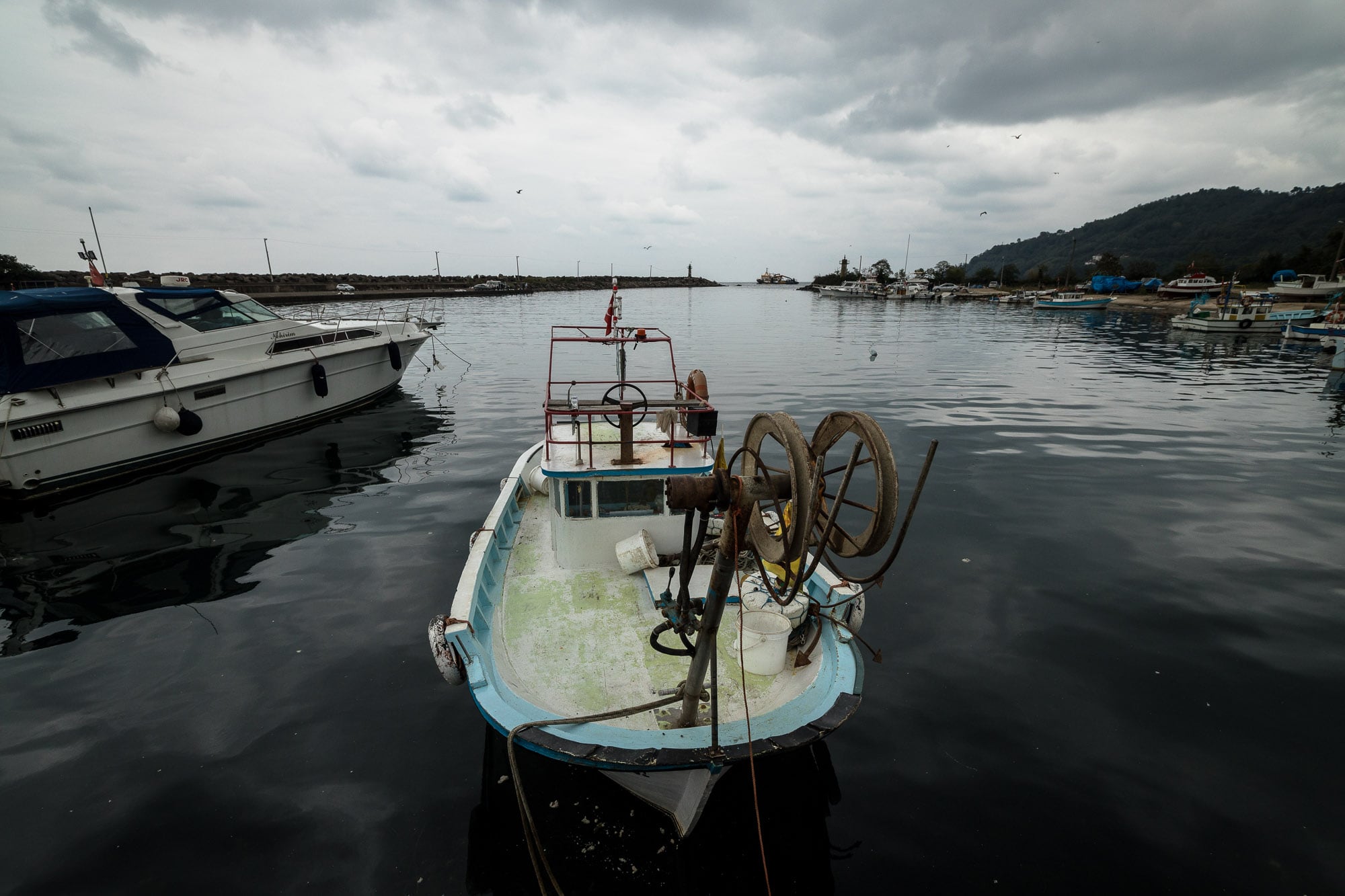 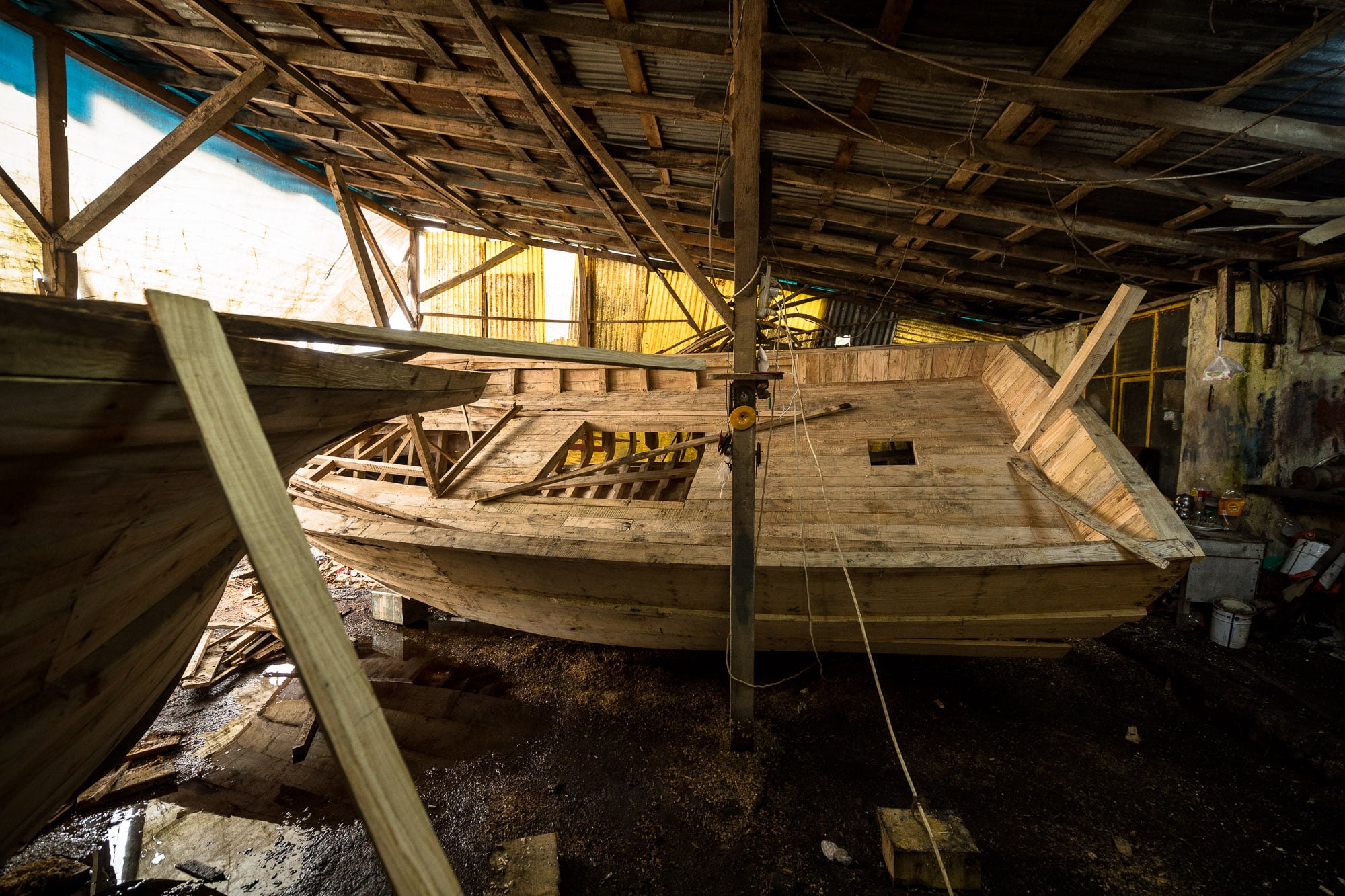 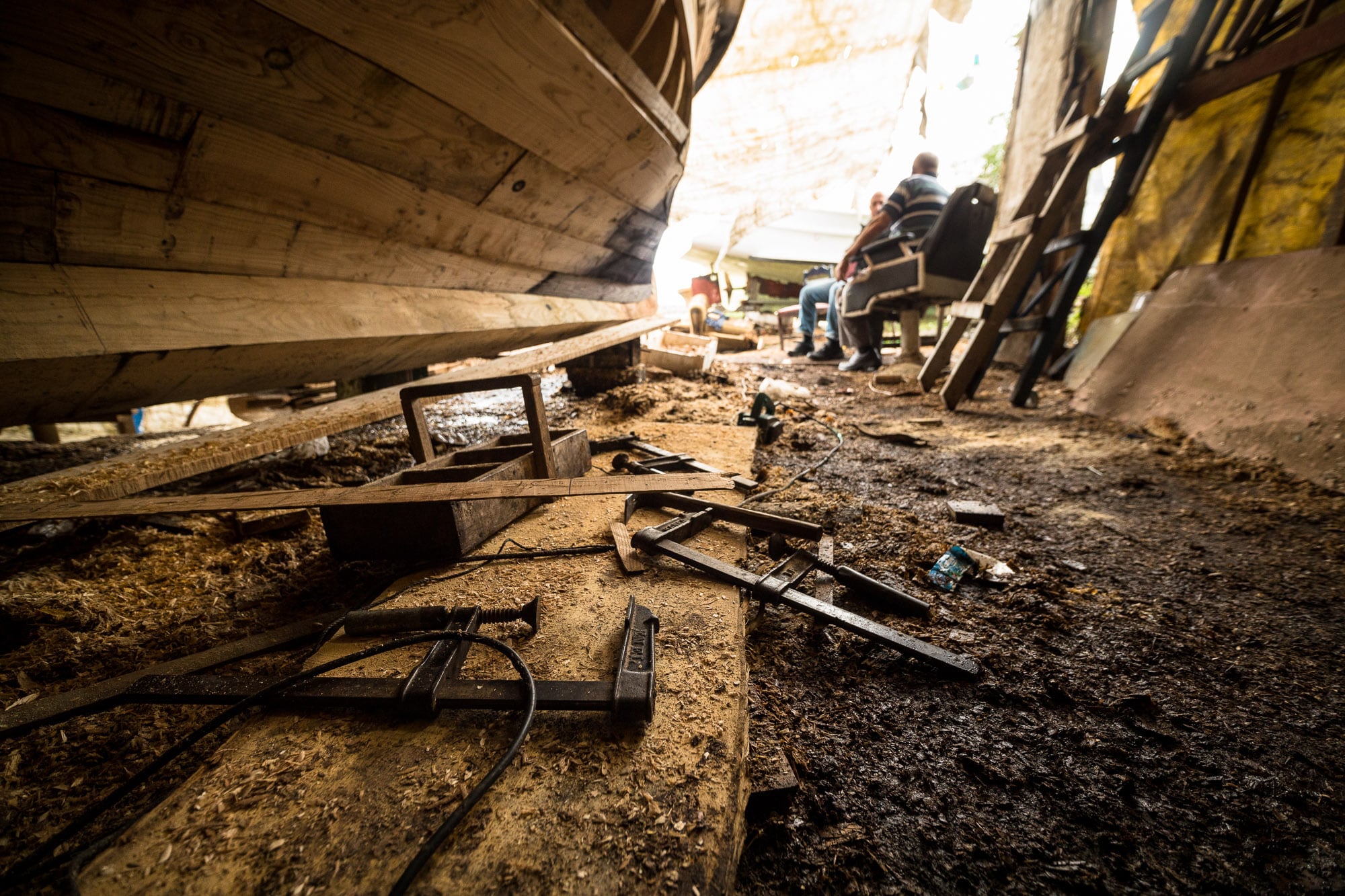 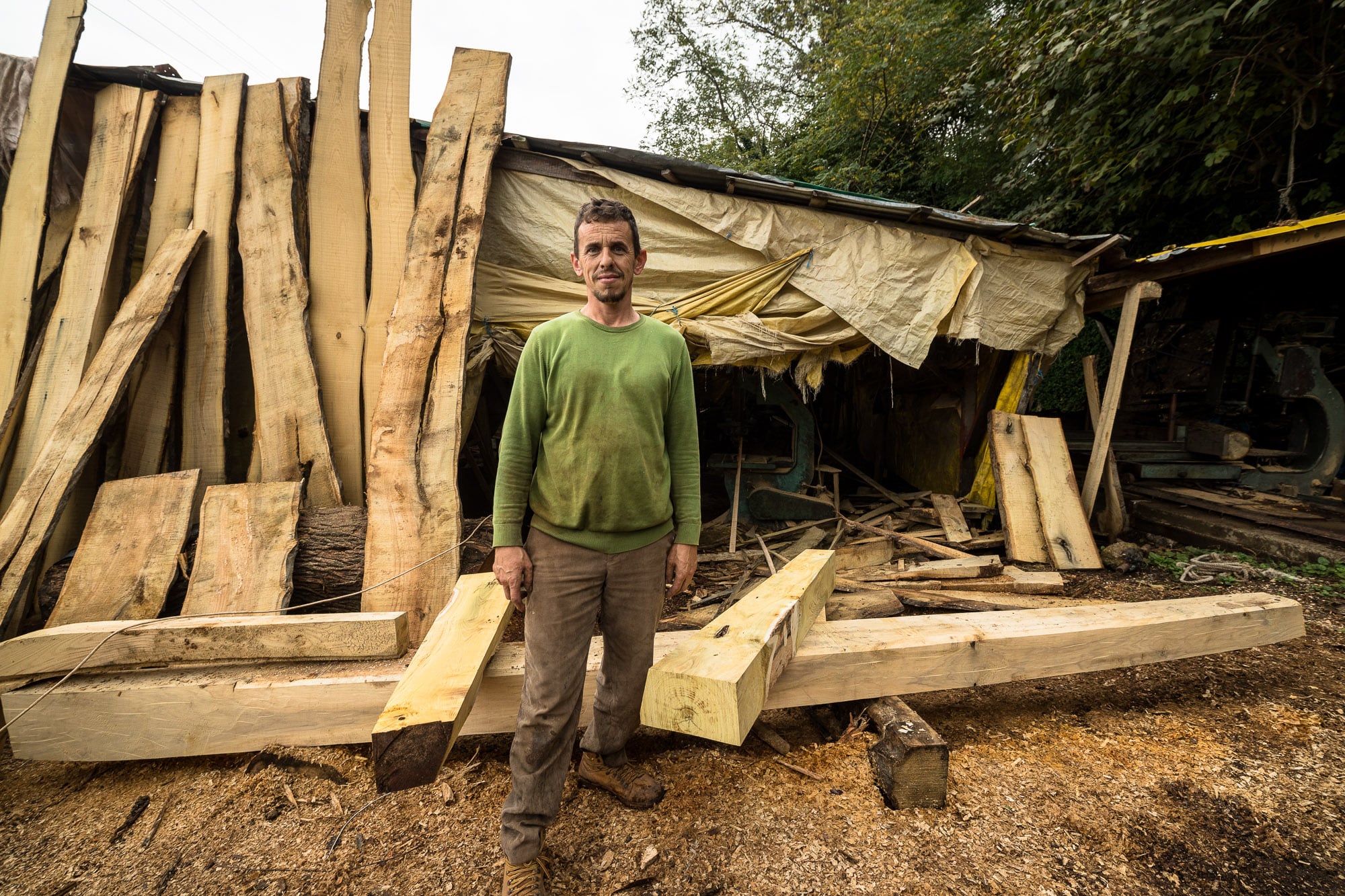 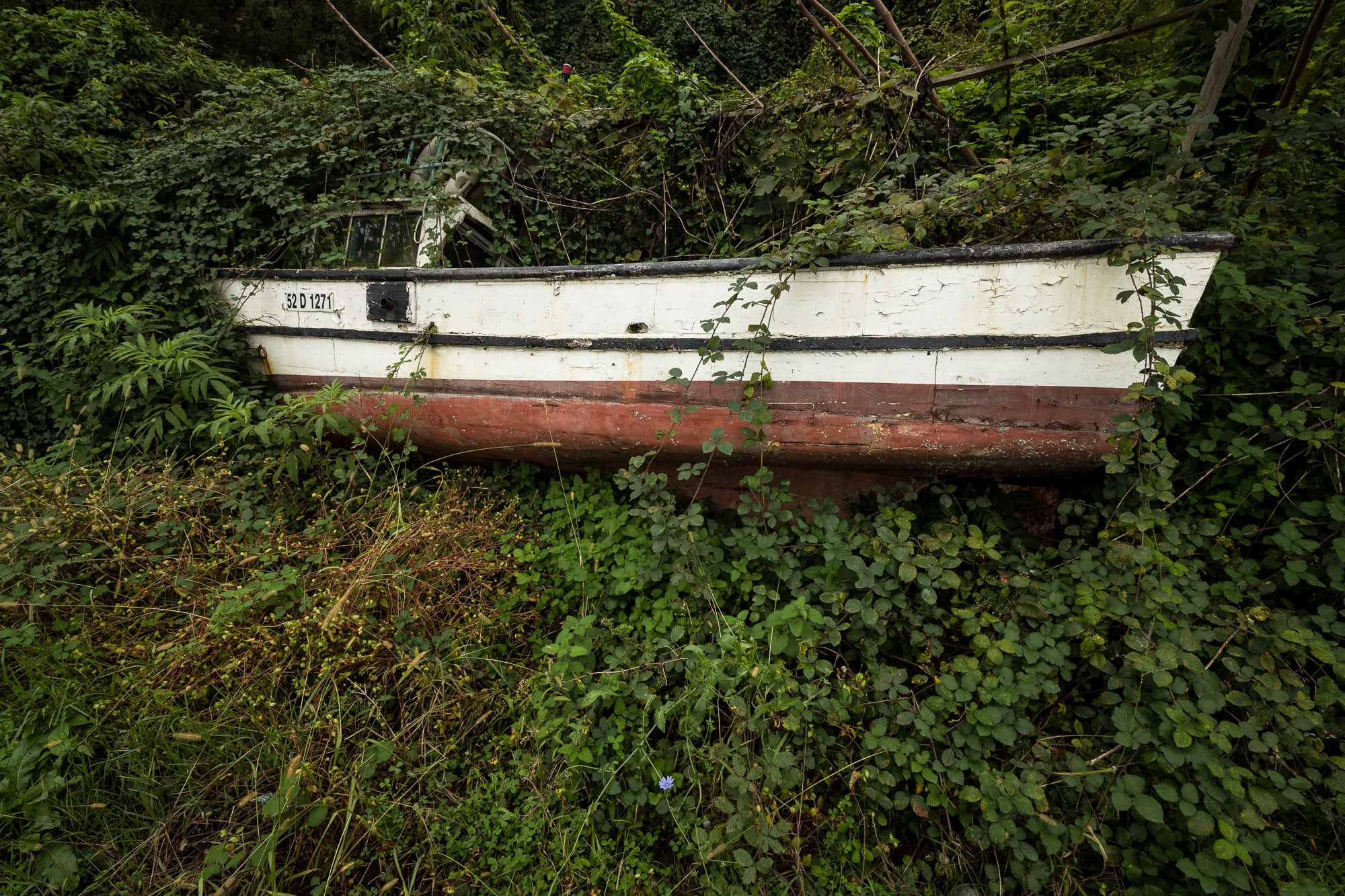 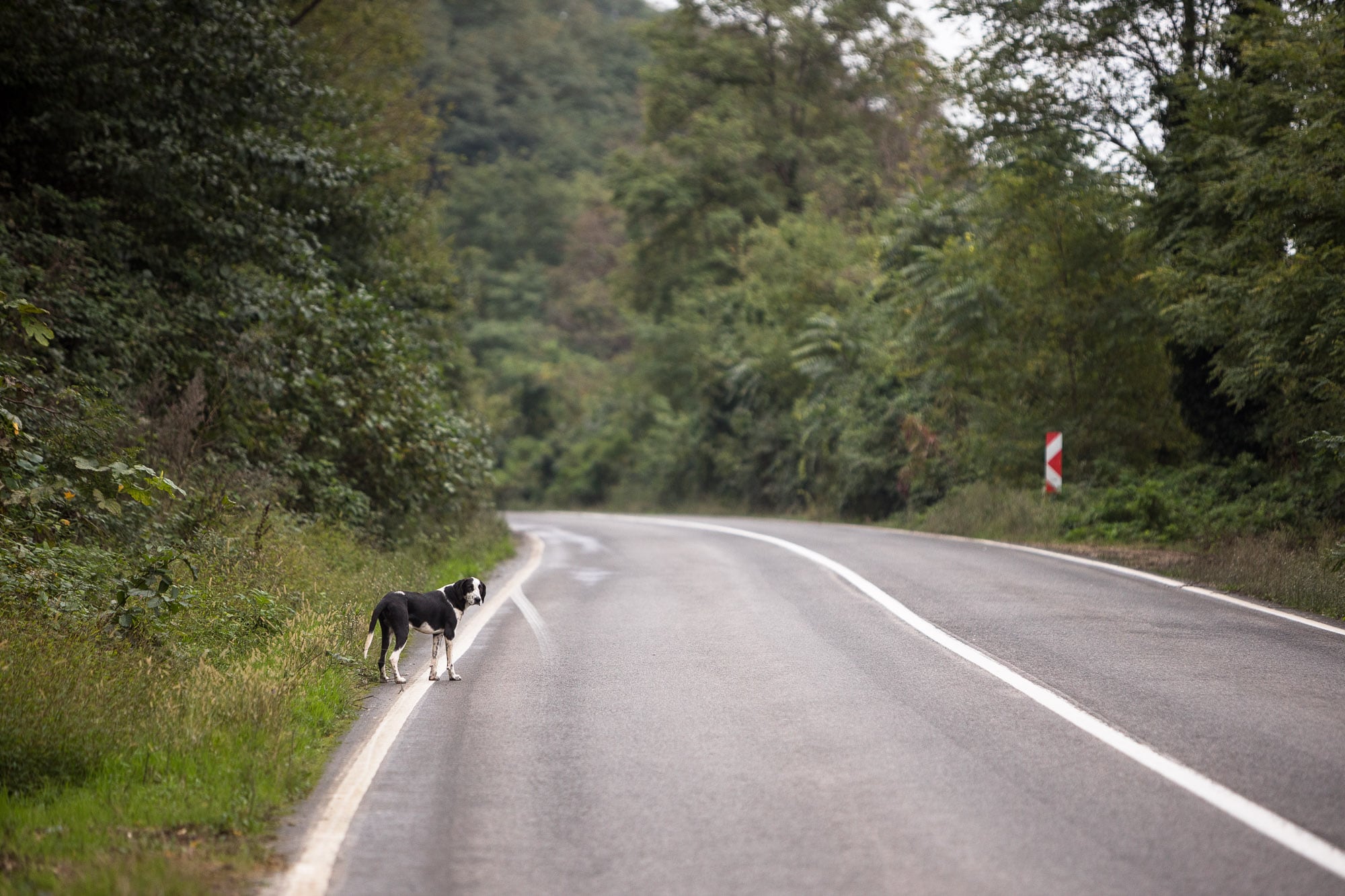 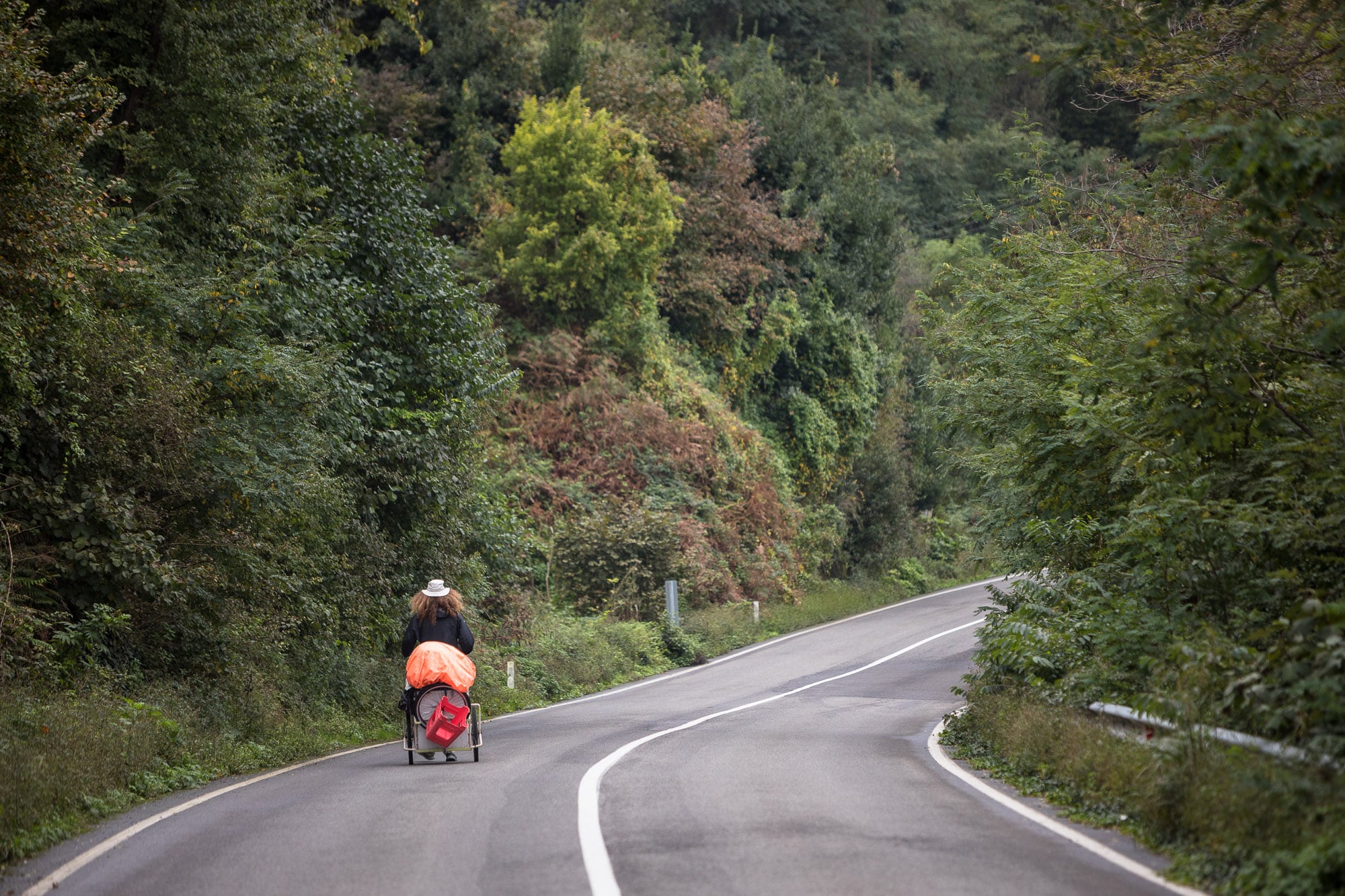 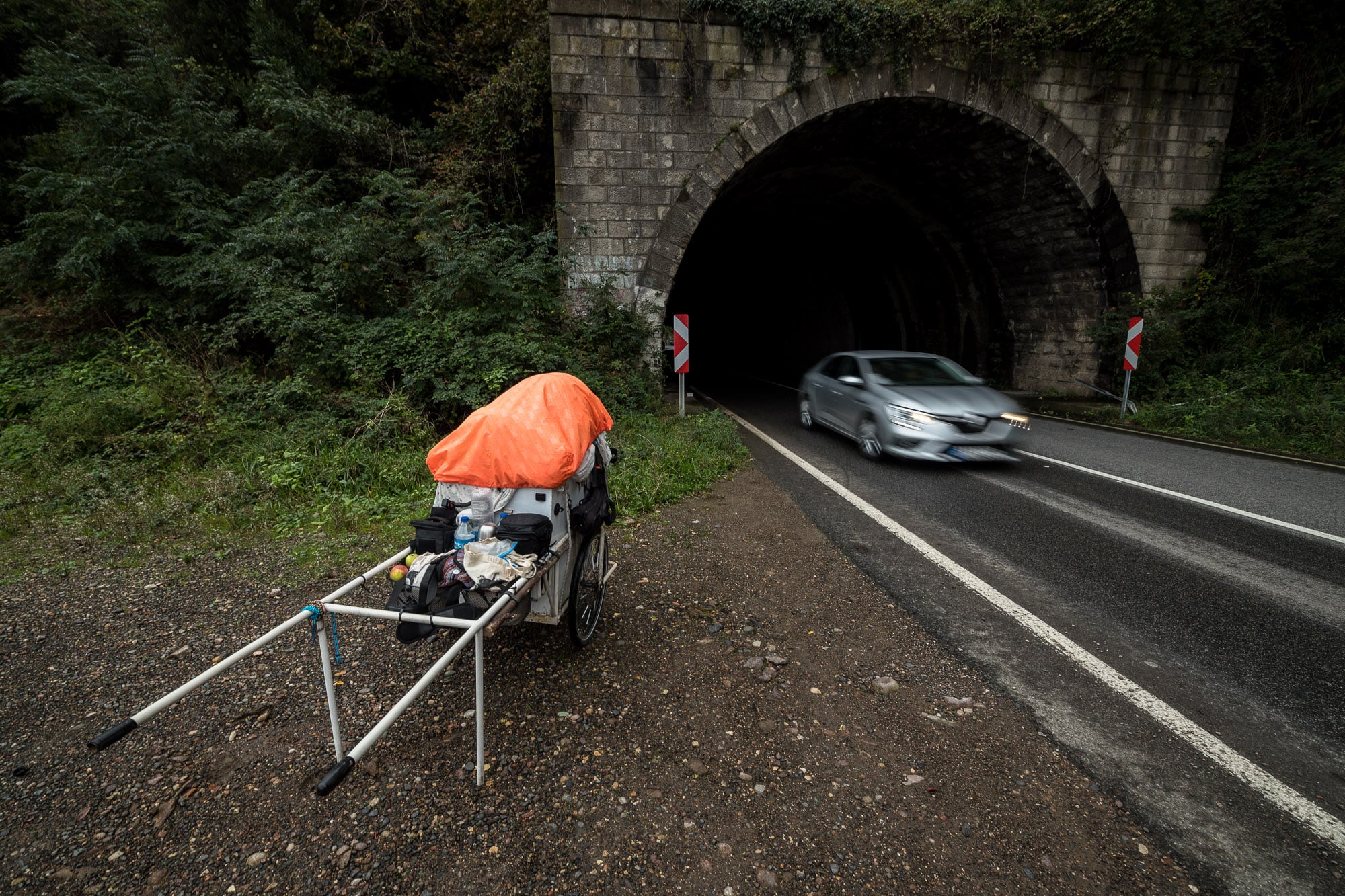 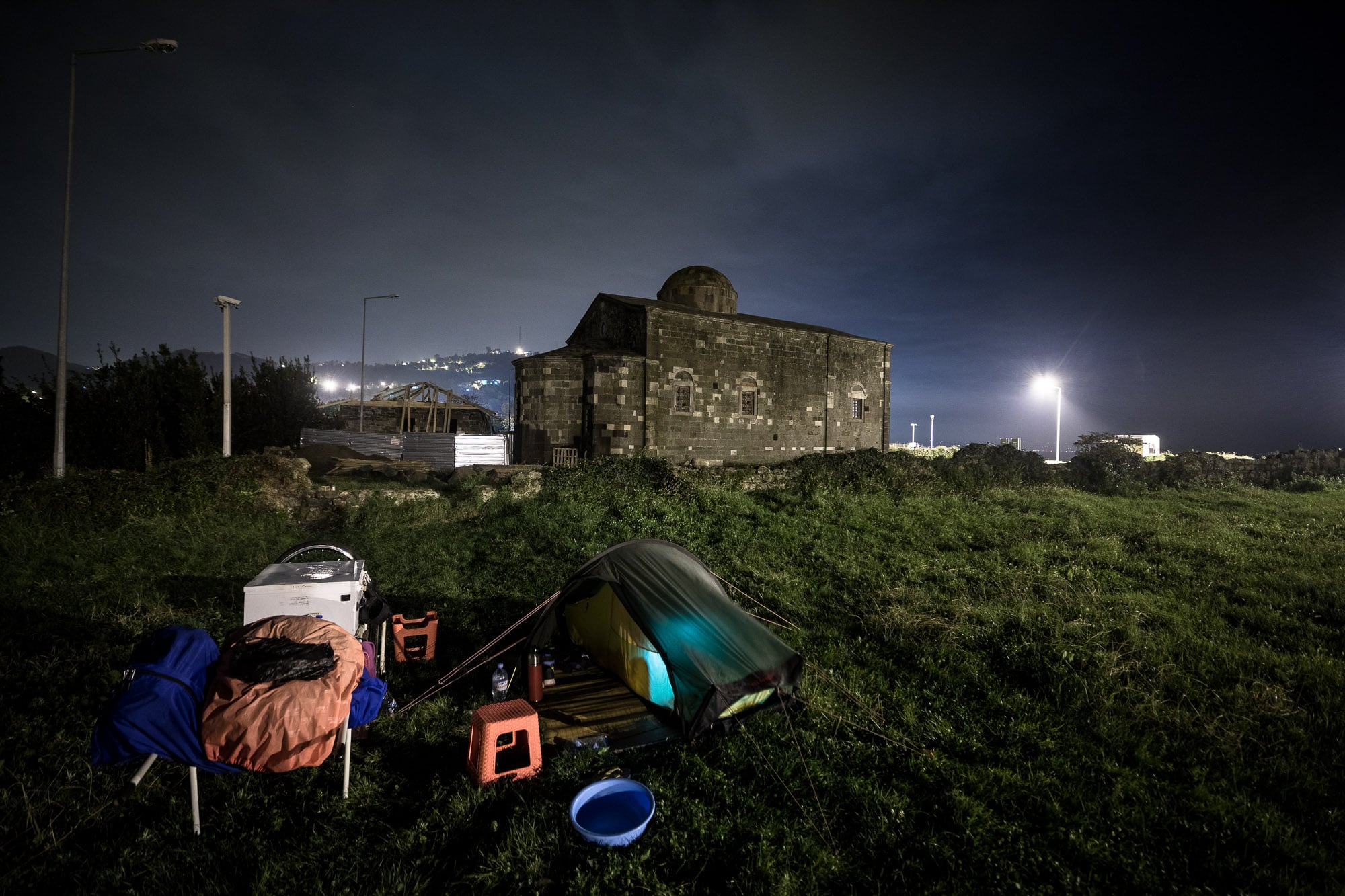 Day 1470
from Persembe to Cape Jason