The first thing I noticed when I started walking through Georgia was a truck from Iran: 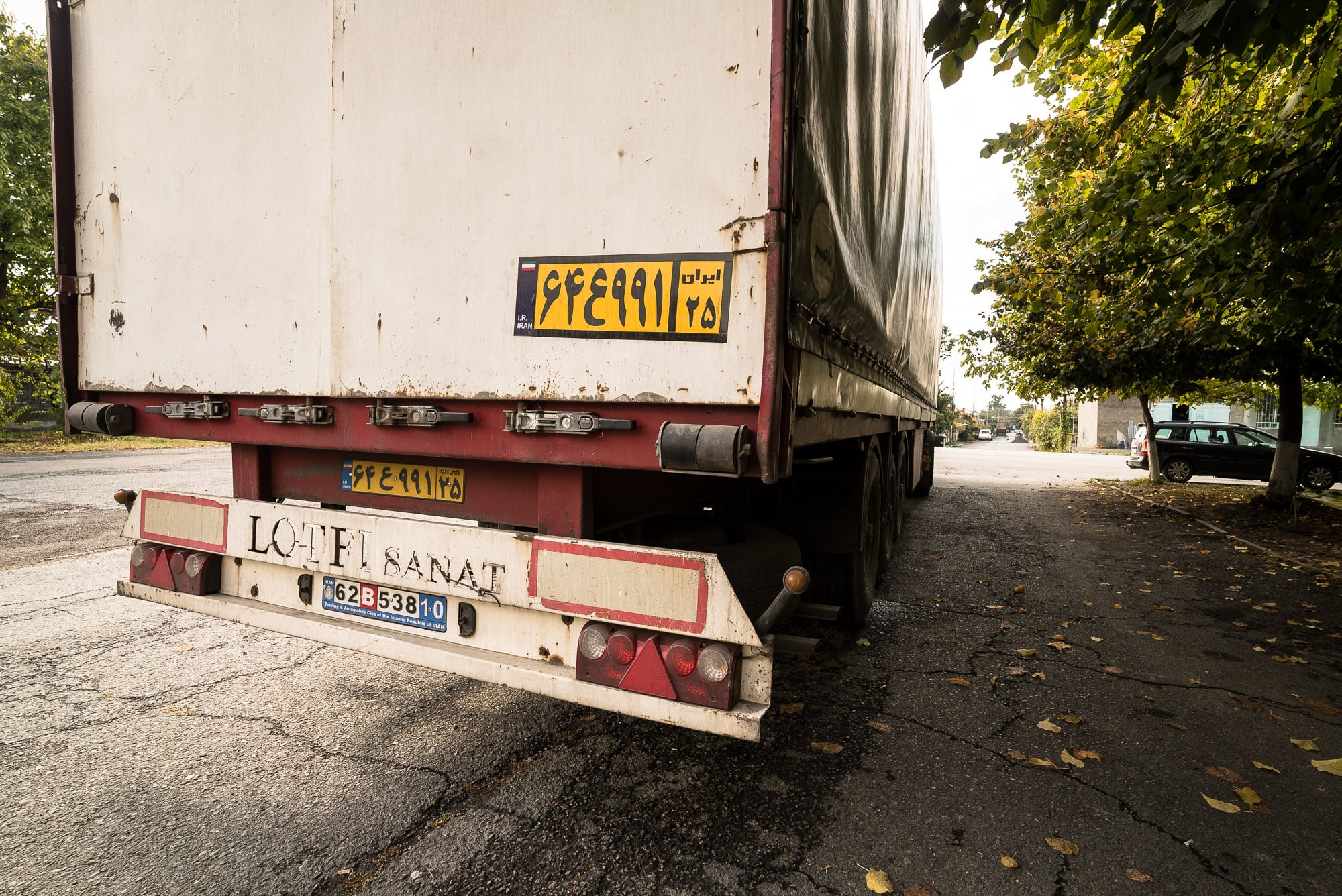 Hmm… I thought, Iran.
A country to hate and to love all at the same time.

The driver was nowhere to be found, so I started to walk out of Lagodekhi: 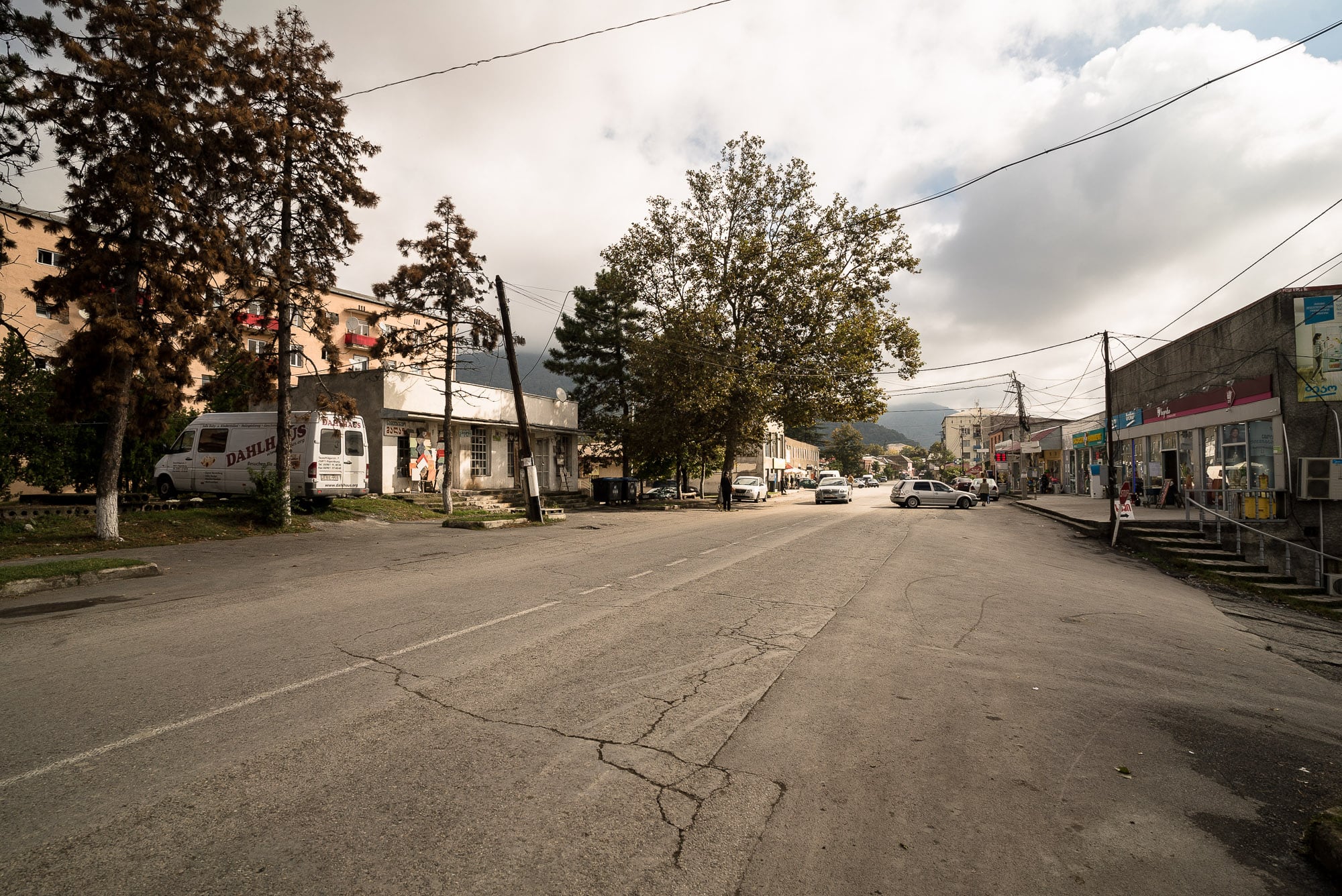 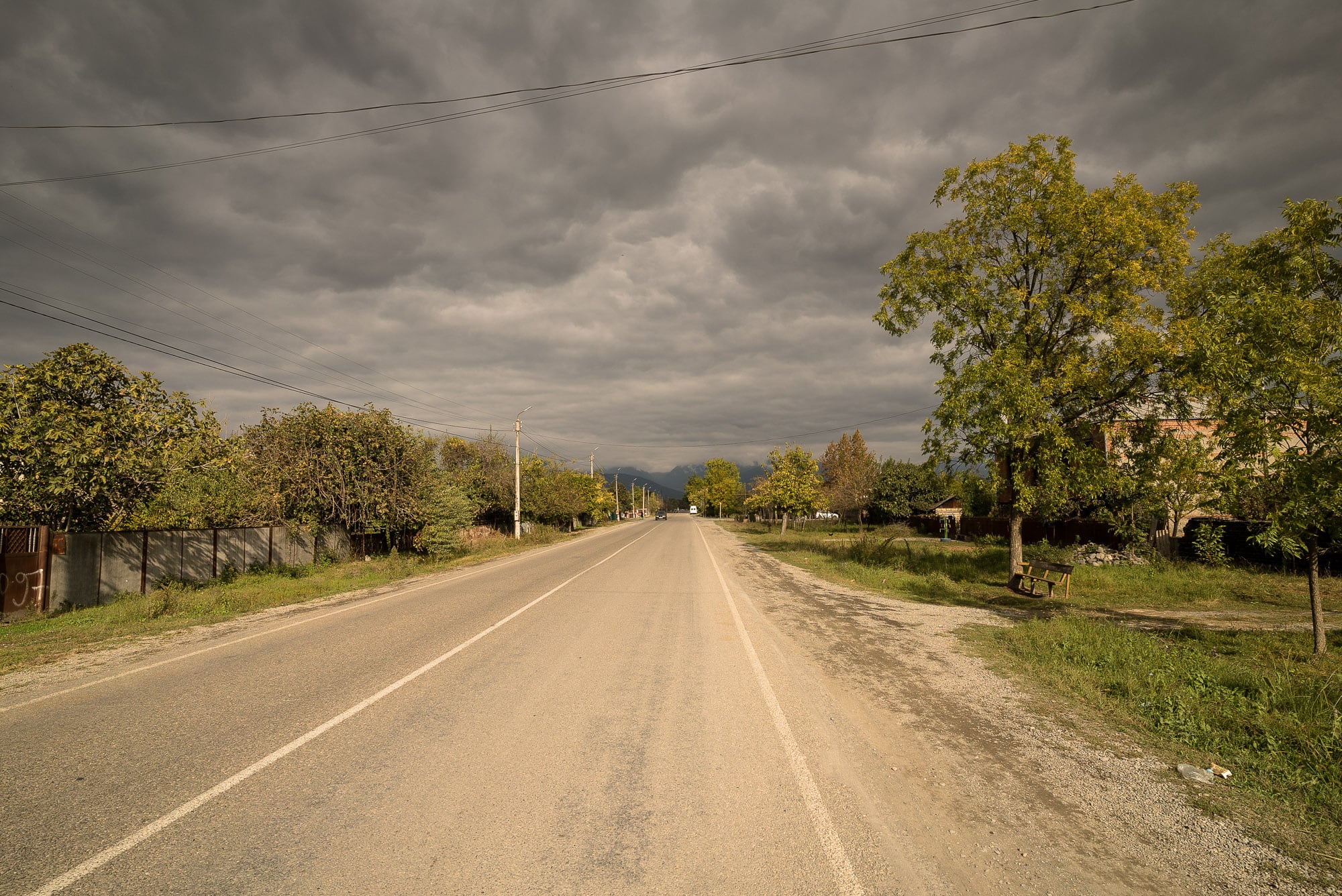 There were buildings here and there, and some of them looked like leftovers from the Soviet Union: 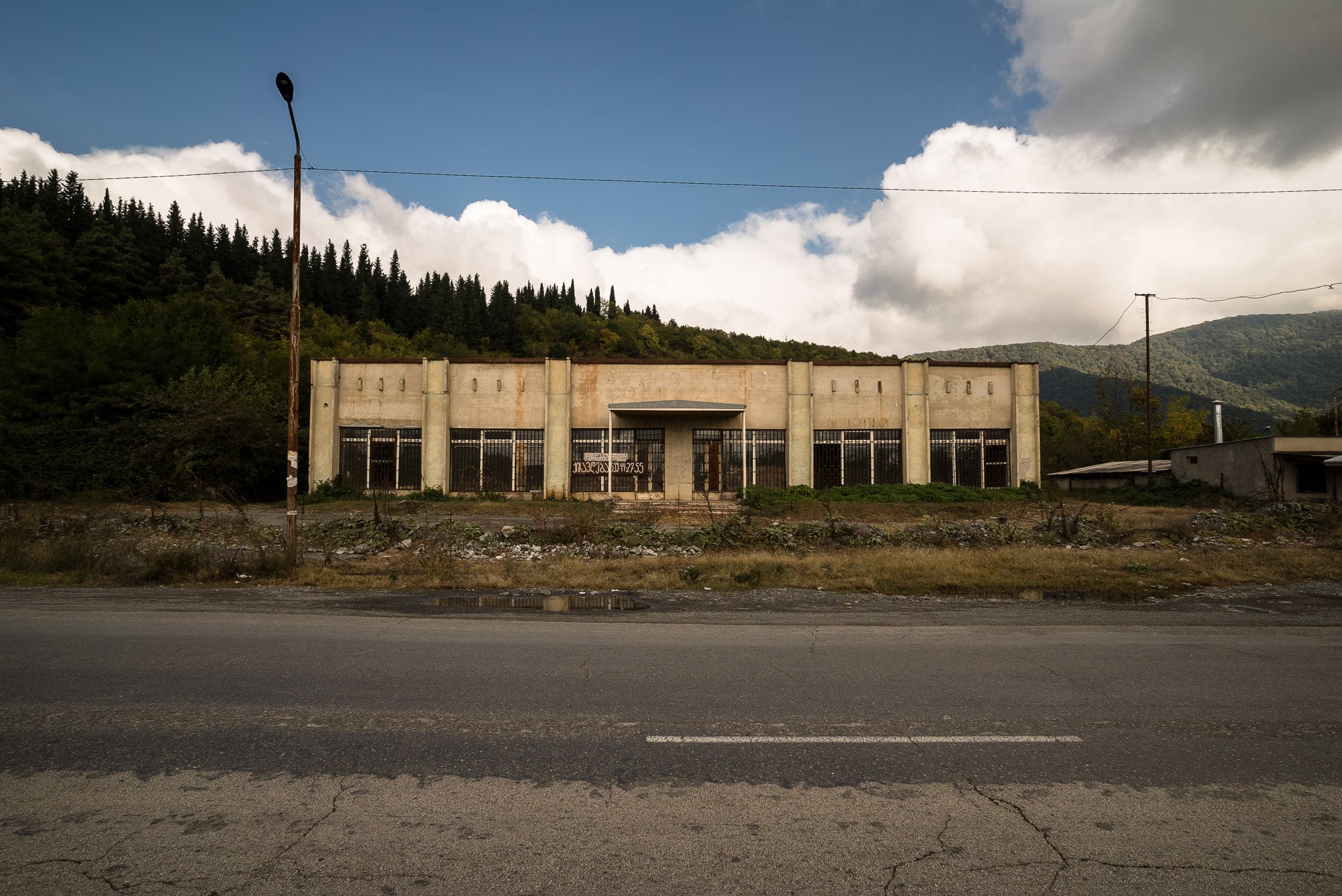 I had yet to make the decision as to whether I was going to take the easy way through the mountains or the hard way. People had been advising me not to walk up to Sighnaghi, a tourist town on the top of a mountain pass. Too difficult, they had said.

I didn’t know what to think. But first there were piggies anyway: 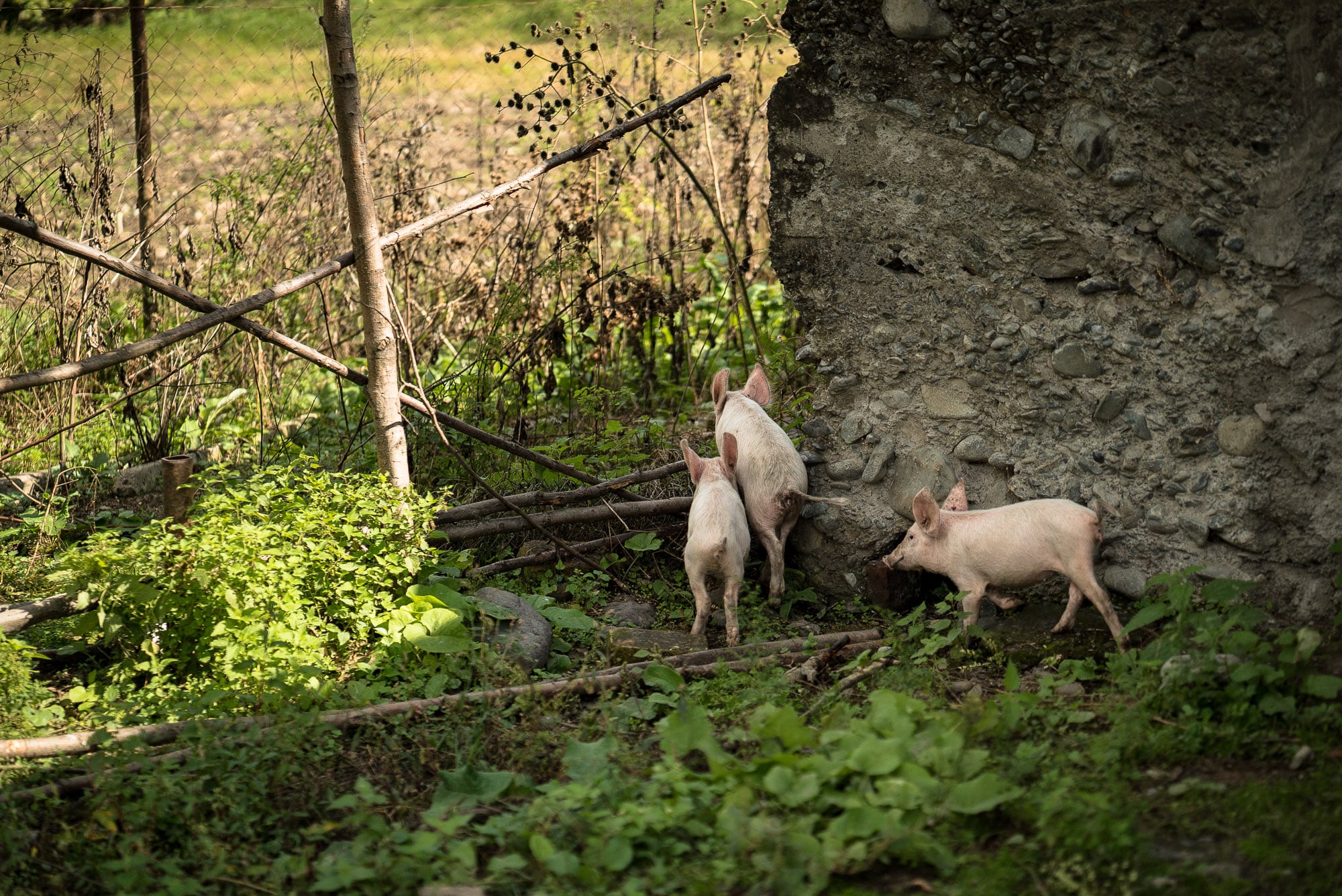 They were scared of me, so we didn’t play. But I sat with their owner Ilo for a while: 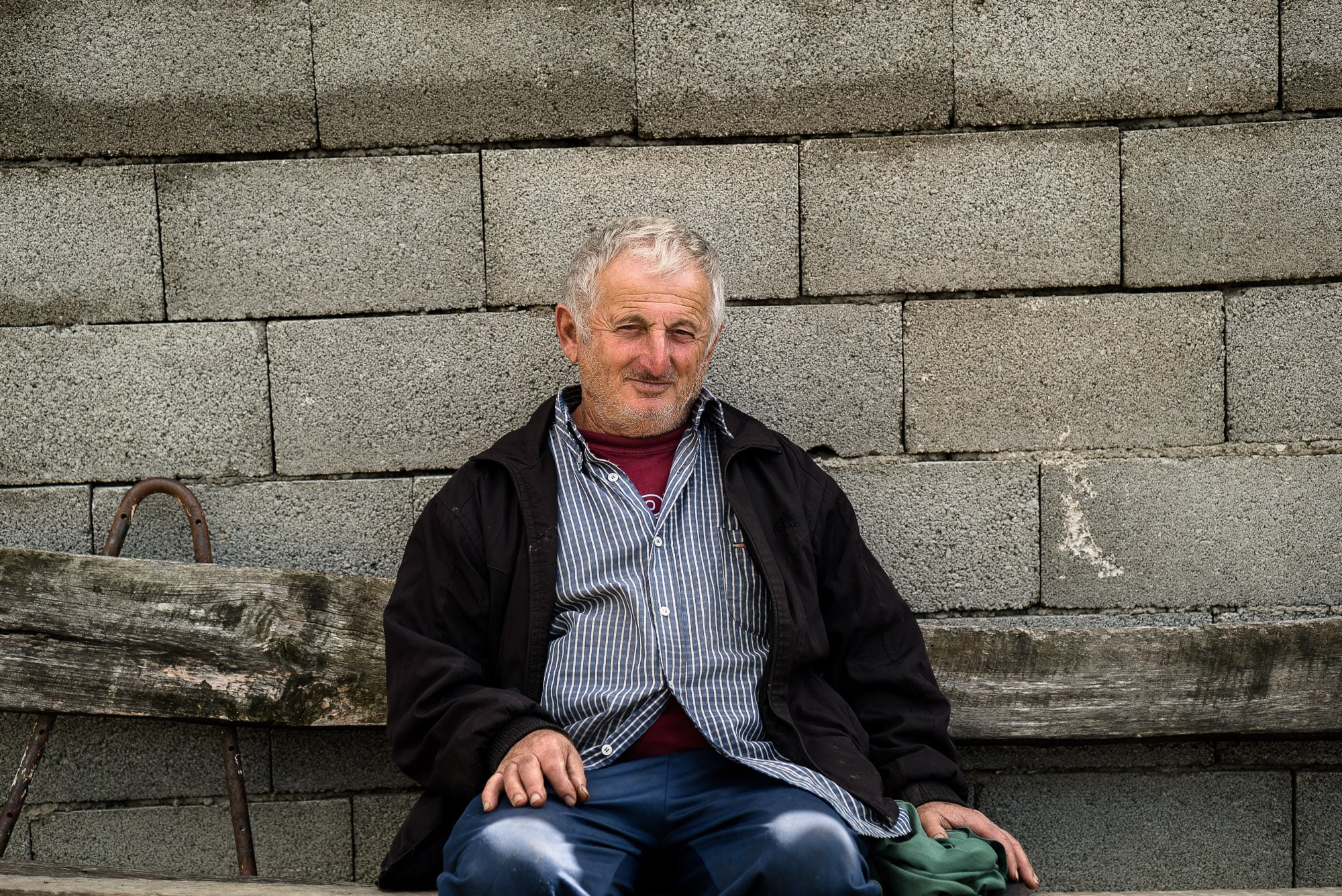 We talked about the upcoming Presidential elections, about burglars, and about the piggies. Ilo wanted a President who would get rid of crime, and who would make sure everyone had work. The piggies were for New Year.

There were political ads on many houses that I walked by: 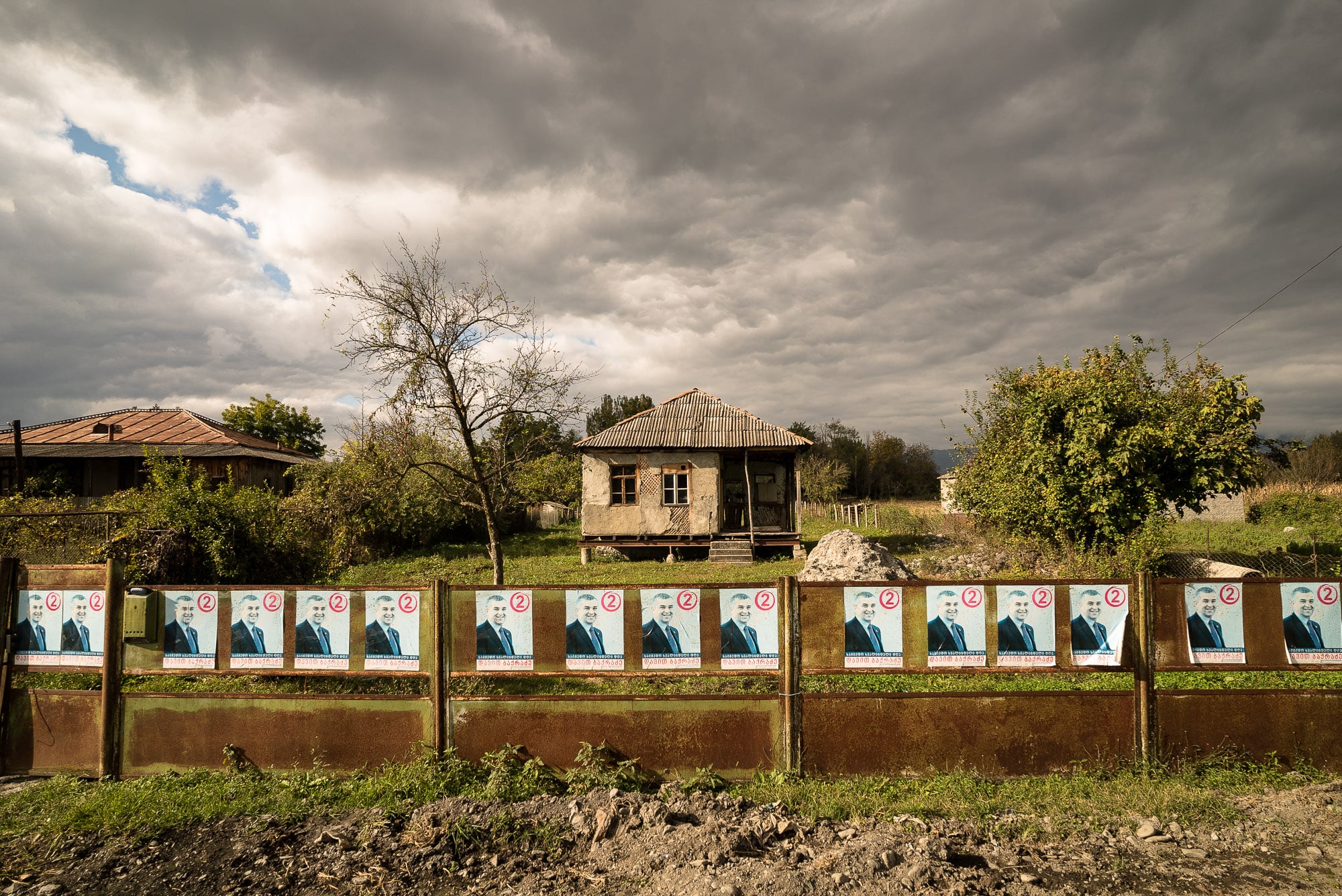 And one time I ran into a little group of people who were putting up posters for one of the parties: 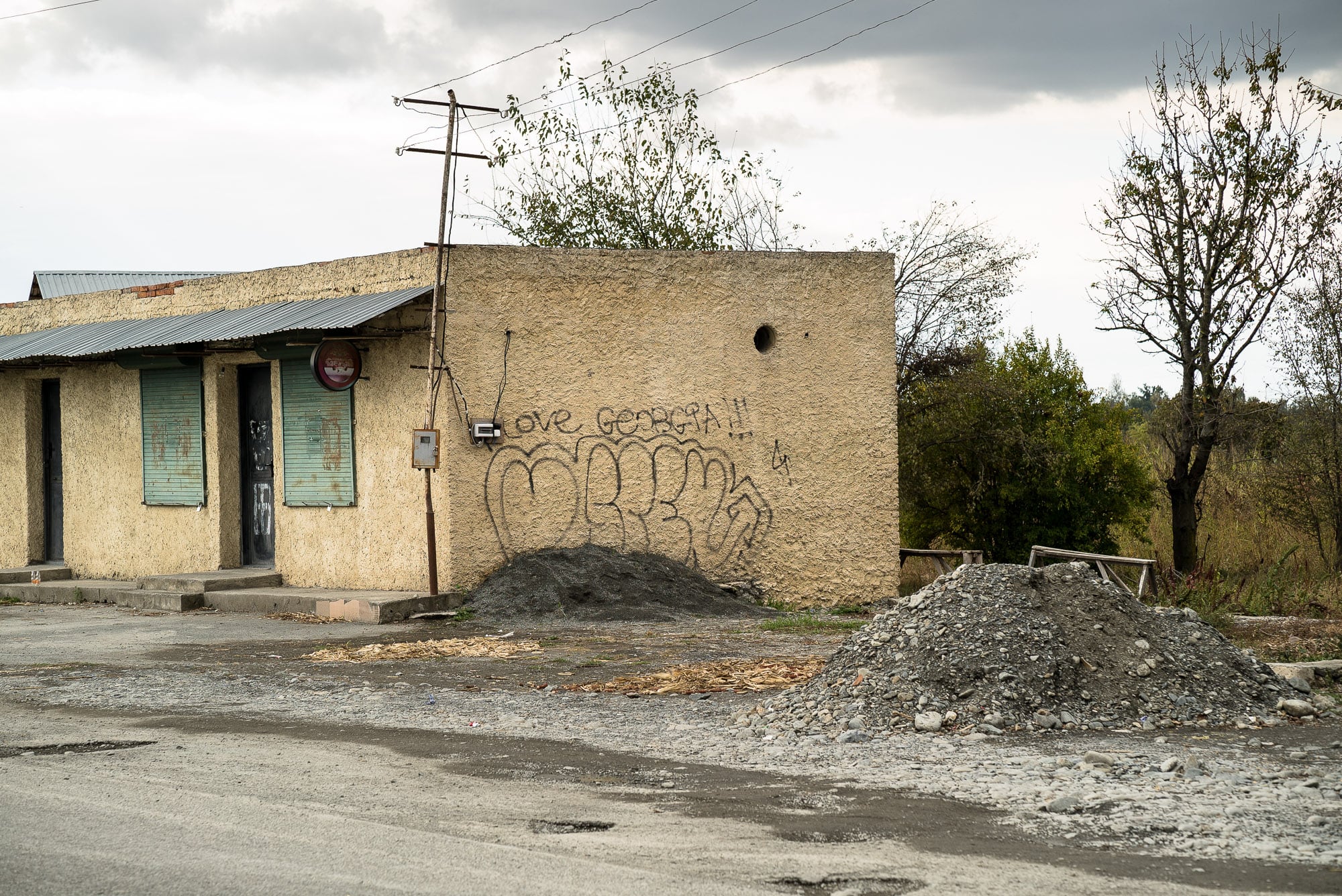 Georgia – this seemed obvious by now – was politically different from most other countries I had previously walked through. There was a vibrant democratic culture here. That didn’t mean everyone was happy, no. The country had been shaken by an economic crisis. But it meant that people seemed to feel more involved.

One time there was a graffito that said LOVE GEORGIA: 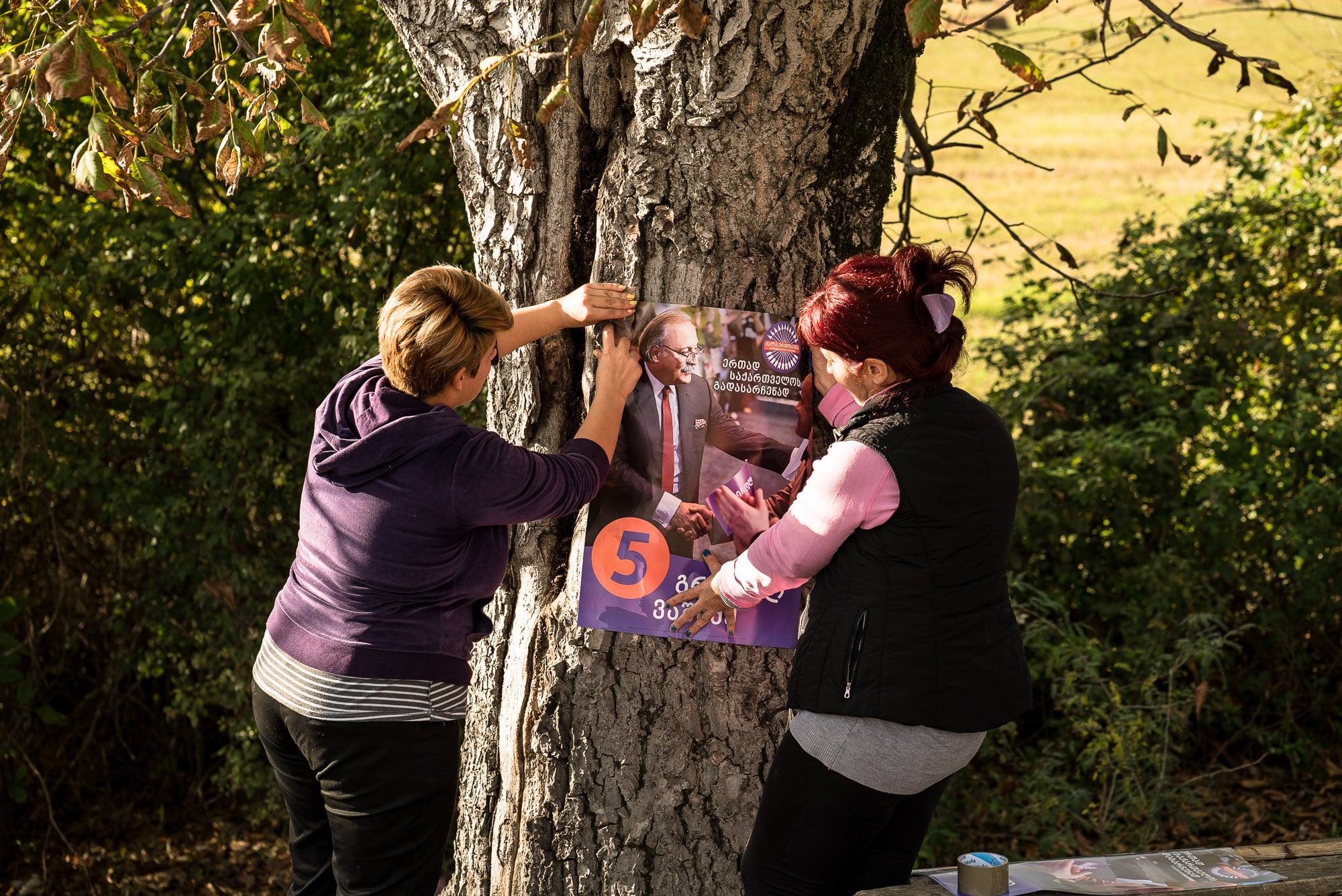 Only I wasn’t sure if this was to be understood as a message of confidence or as one of defiance.

It was at about five in the afternoon that I started worrying about where I was going to spend the night. Sure, there was always the possibility of camping, but I preferred sleeping under a roof, especially since I was new in the country and didn’t really know my way around.

So I walked timidly into a forest: 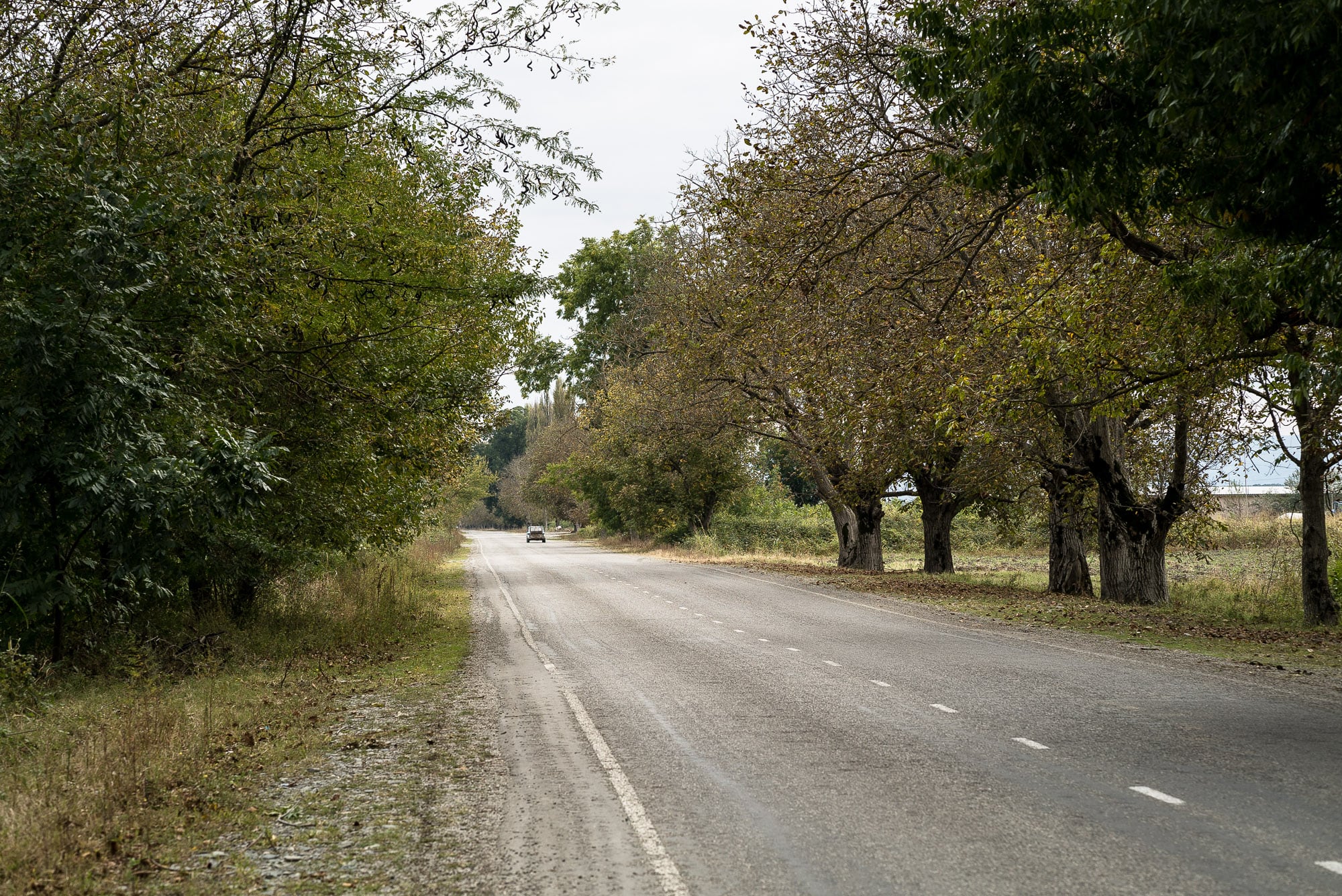 Then there was a village, and in the village, a restaurant. It belonged to Jemal: 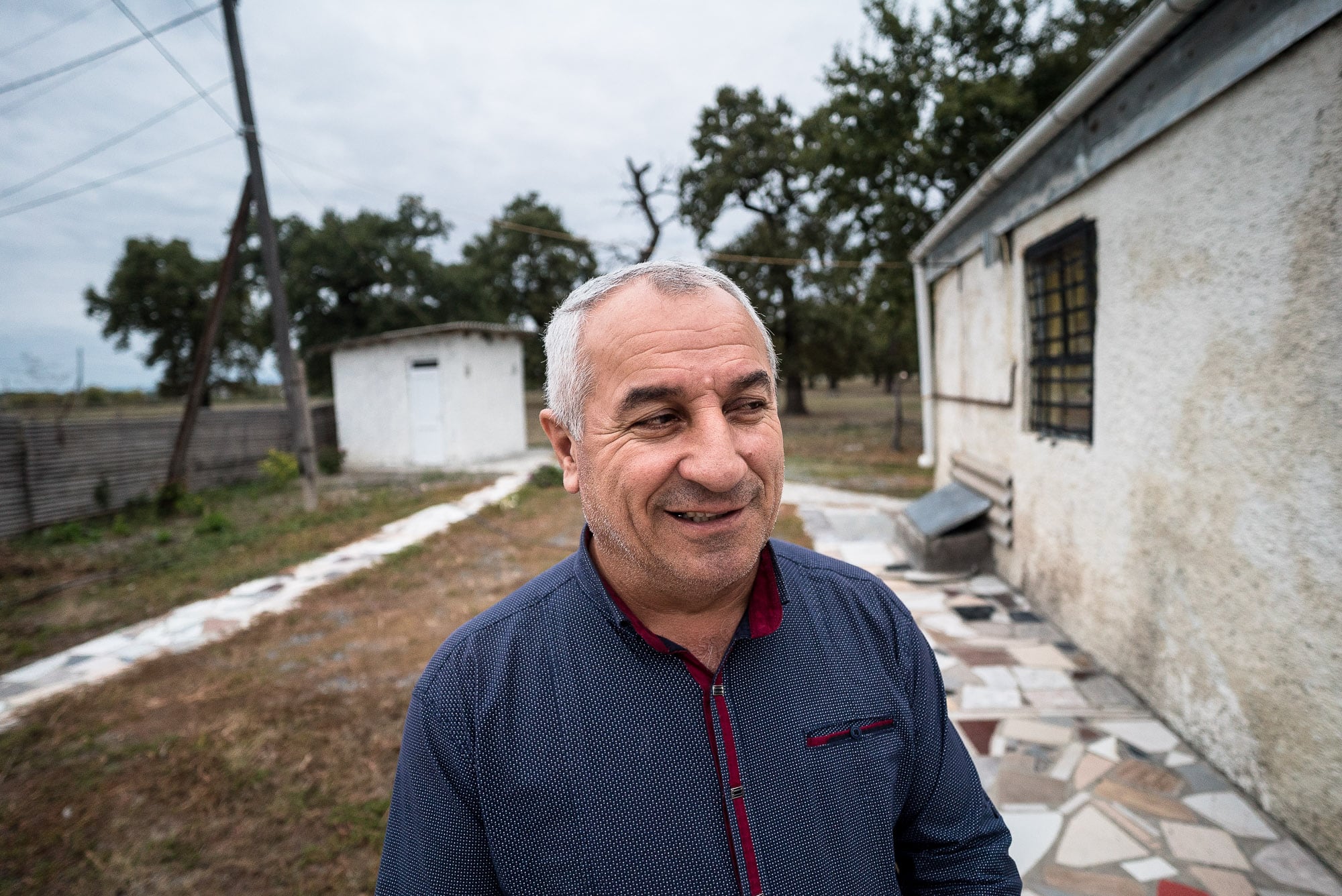 He listened to what I had to say (I was a German tourist, and was there a hotel anywhere close by? Were there jackals or wolves in this area? Bad dudes?)

Then he said: “Chris, come with me!” and put me up in a back room of his restaurant: 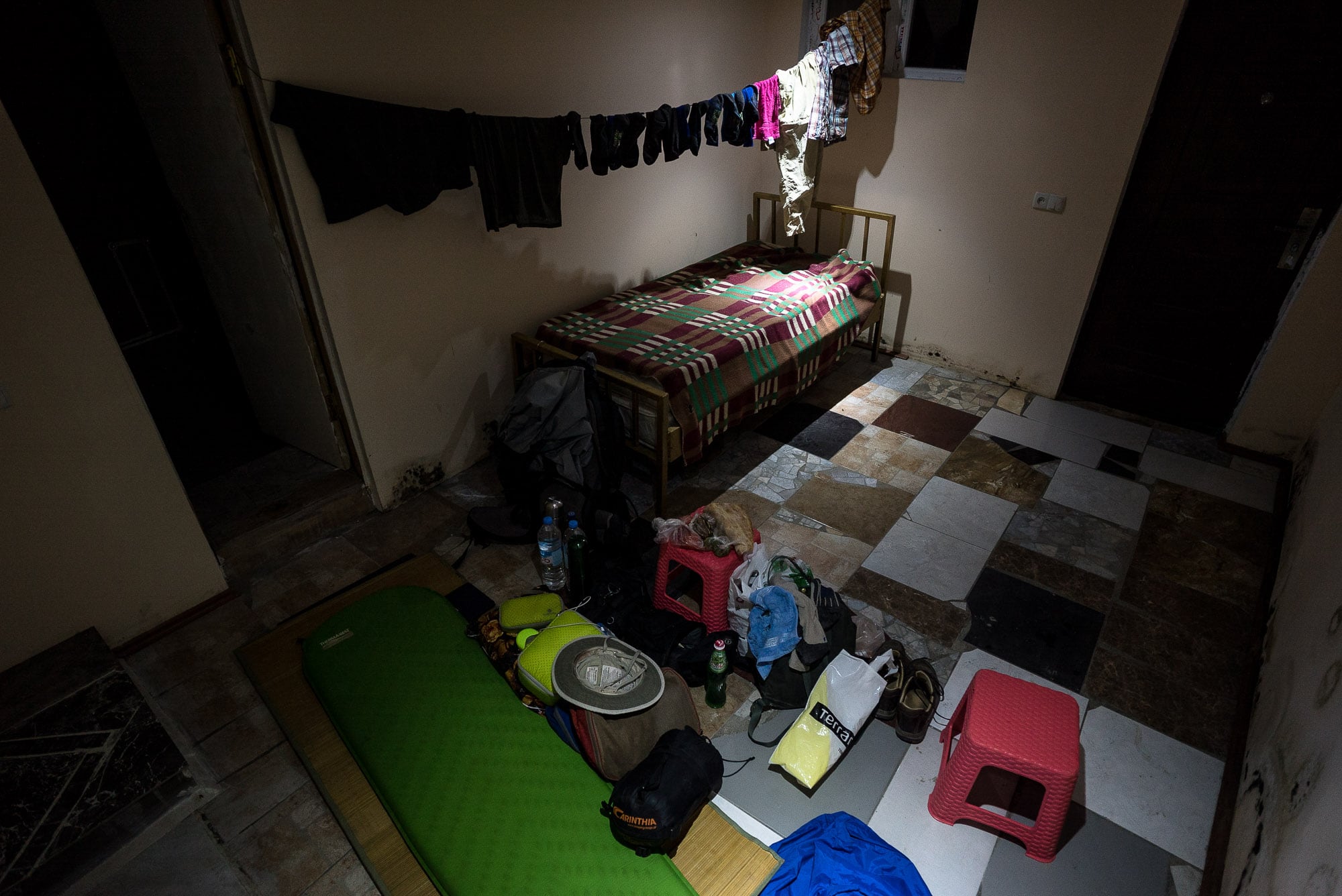 It was awesome, and things got even better when he said: “Chris, dinner time!” 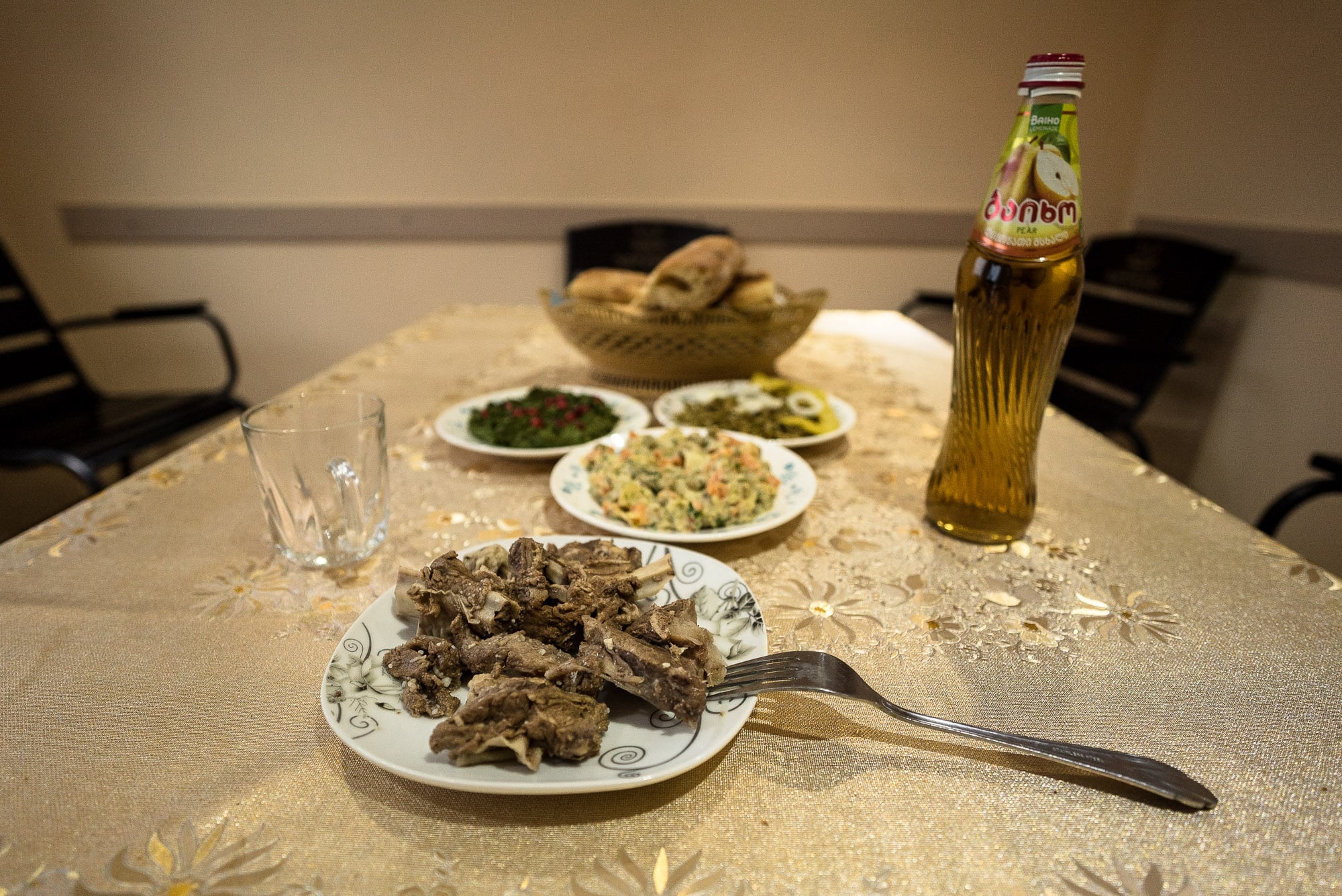 They were very nice, Jemal and his crew: 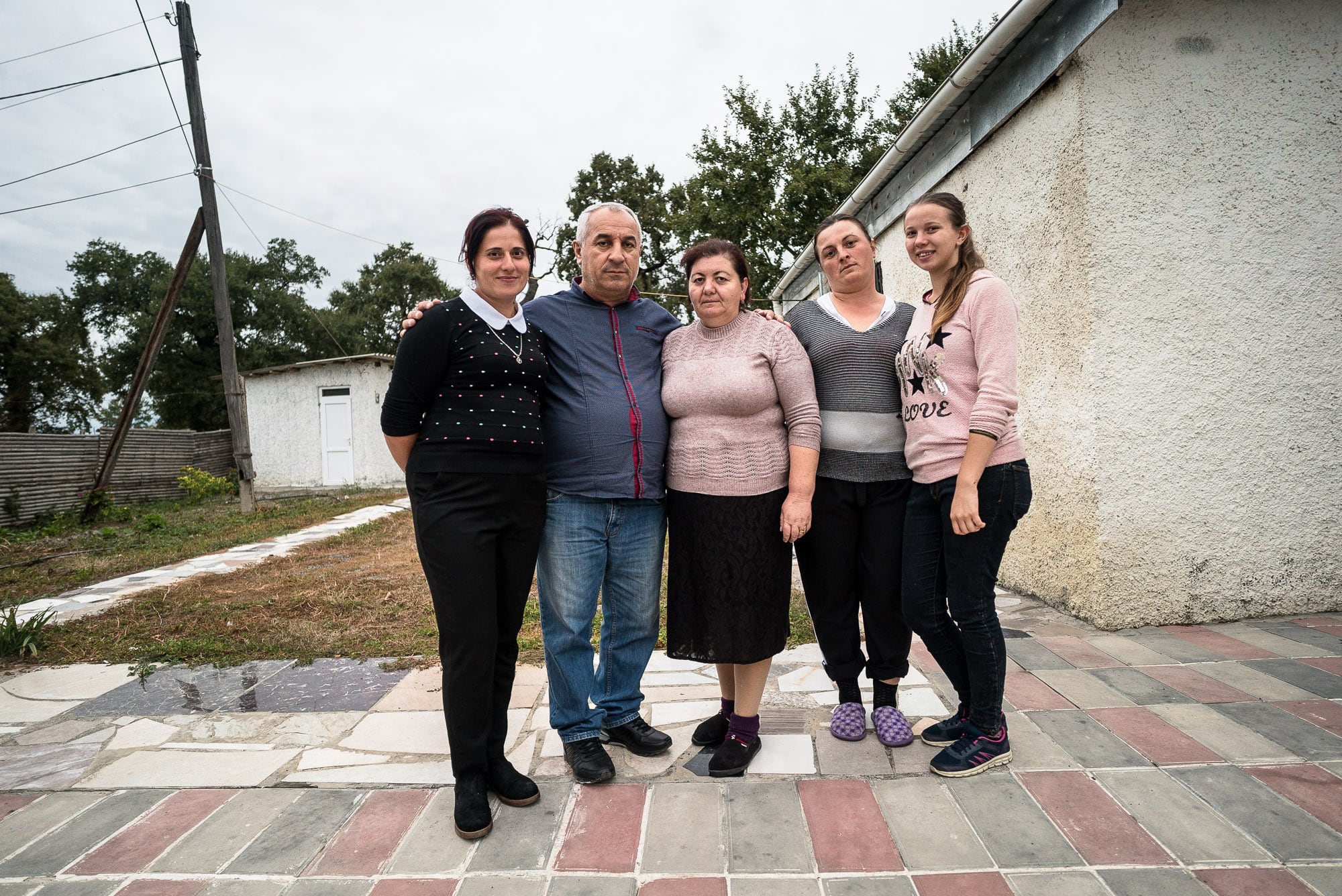 I slept early that night.

Day 1263
from Lagodekhi to Heretiskari