I woke up in the same hotel next to Navoiy airport where I had spent the night before. Only it was 40$ instead of 60$ this time.

I had breakfast, then I waited for a car to take me back to Kiziltepa: 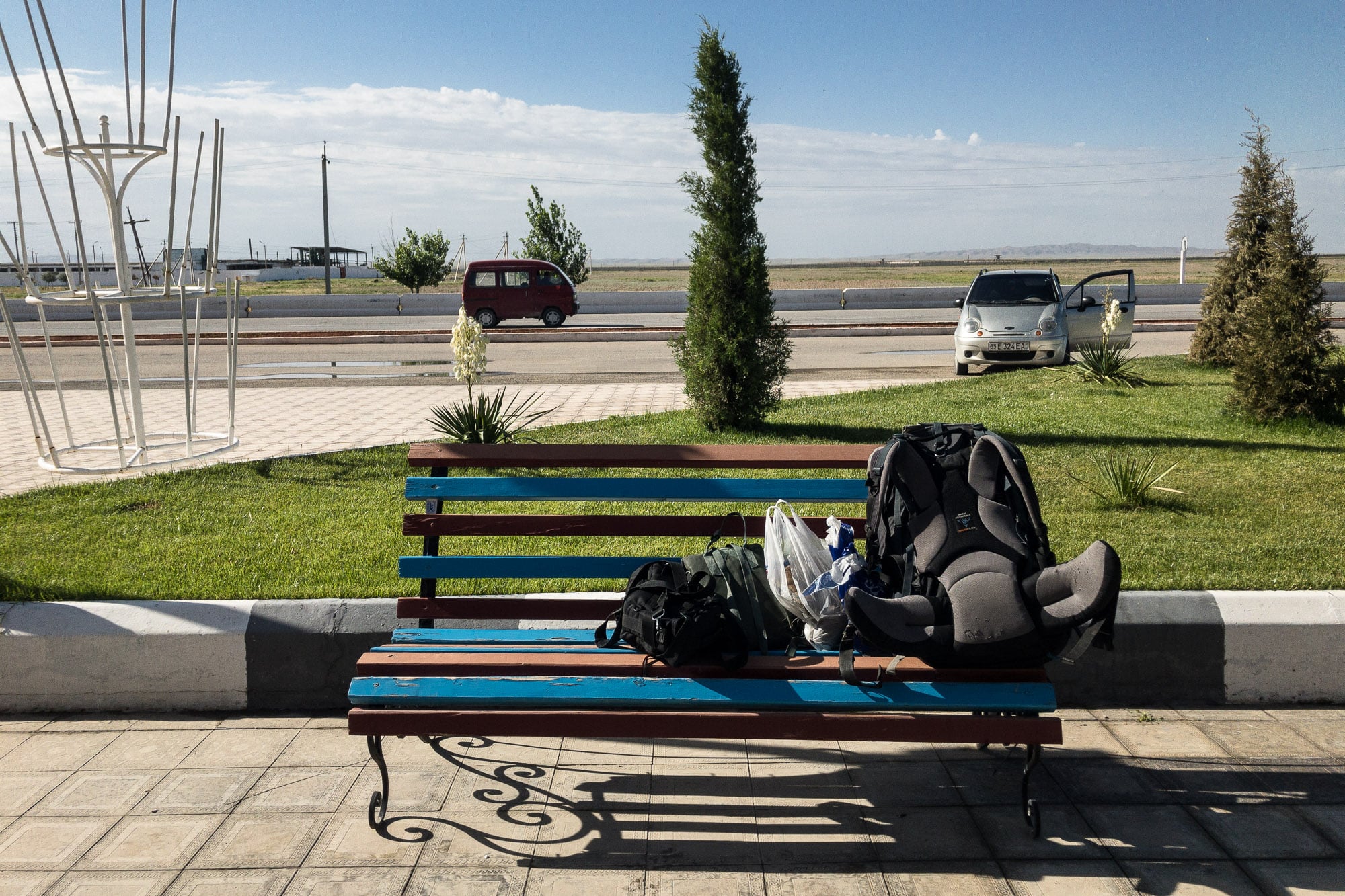 Walking to a place and then taking a car to sleep somewhere else was still hard to get used to: 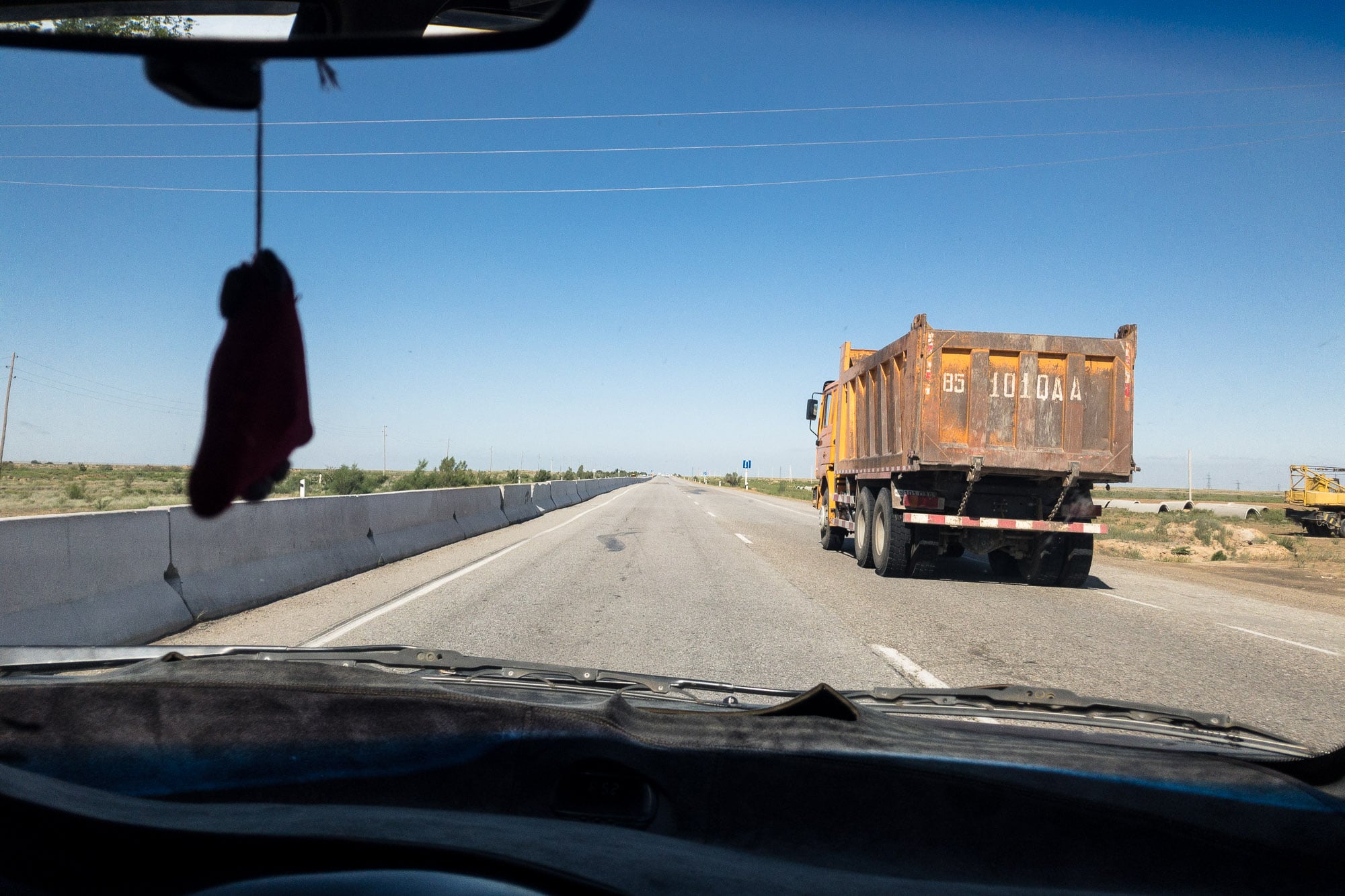 But what else could I do?

When I got to Khalmurad’s house, he decided to walk with me to the next town. It was only 20km, and he had to go there anyway to drop off a load of empty bottles. They were called баклашка (or баклажка – baklashka), and collecting them was how he made his living.

He showed me a tree with strange ashy leaves that was supposed to magically protect your eyes: 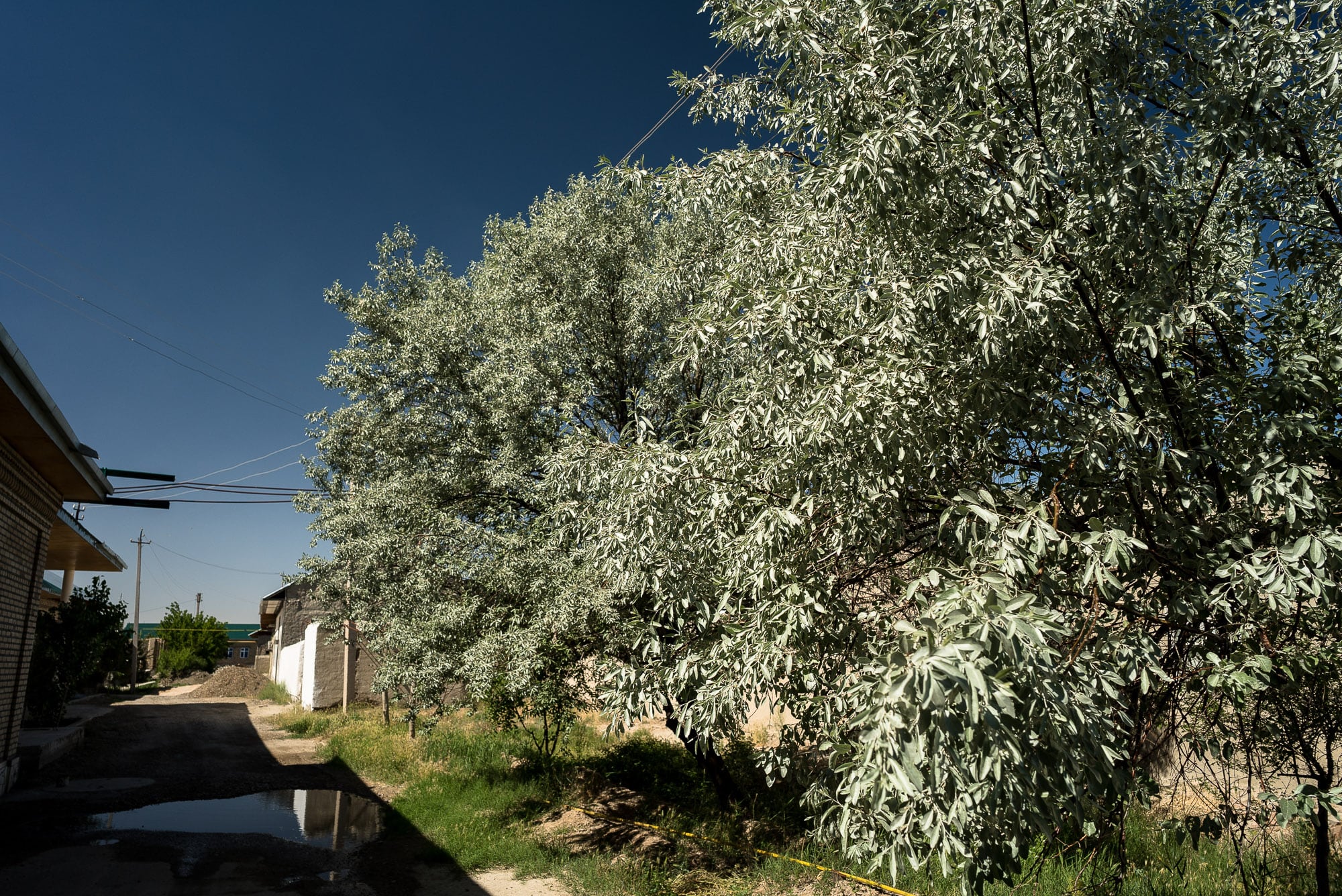 I broke off a little twig and took it along.

We saw people working hard in the fields, and Khalmurad told me about his hometown: 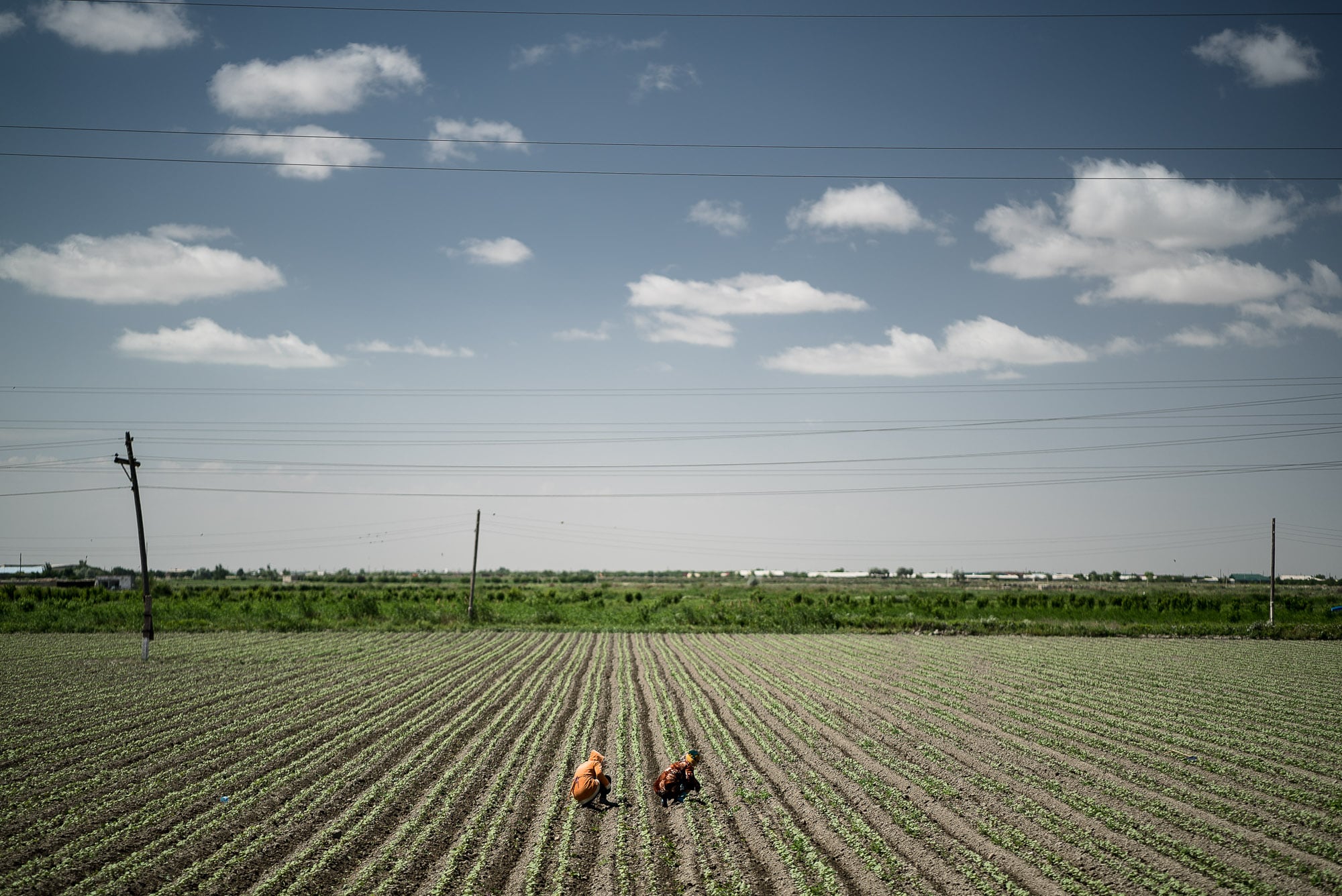 There were apparently Iranians who had been living there for decades. And цыгане, which would be roma (or traveling people). And others who were black.

We crossed a small river and found ourselves in the Bukhara region: 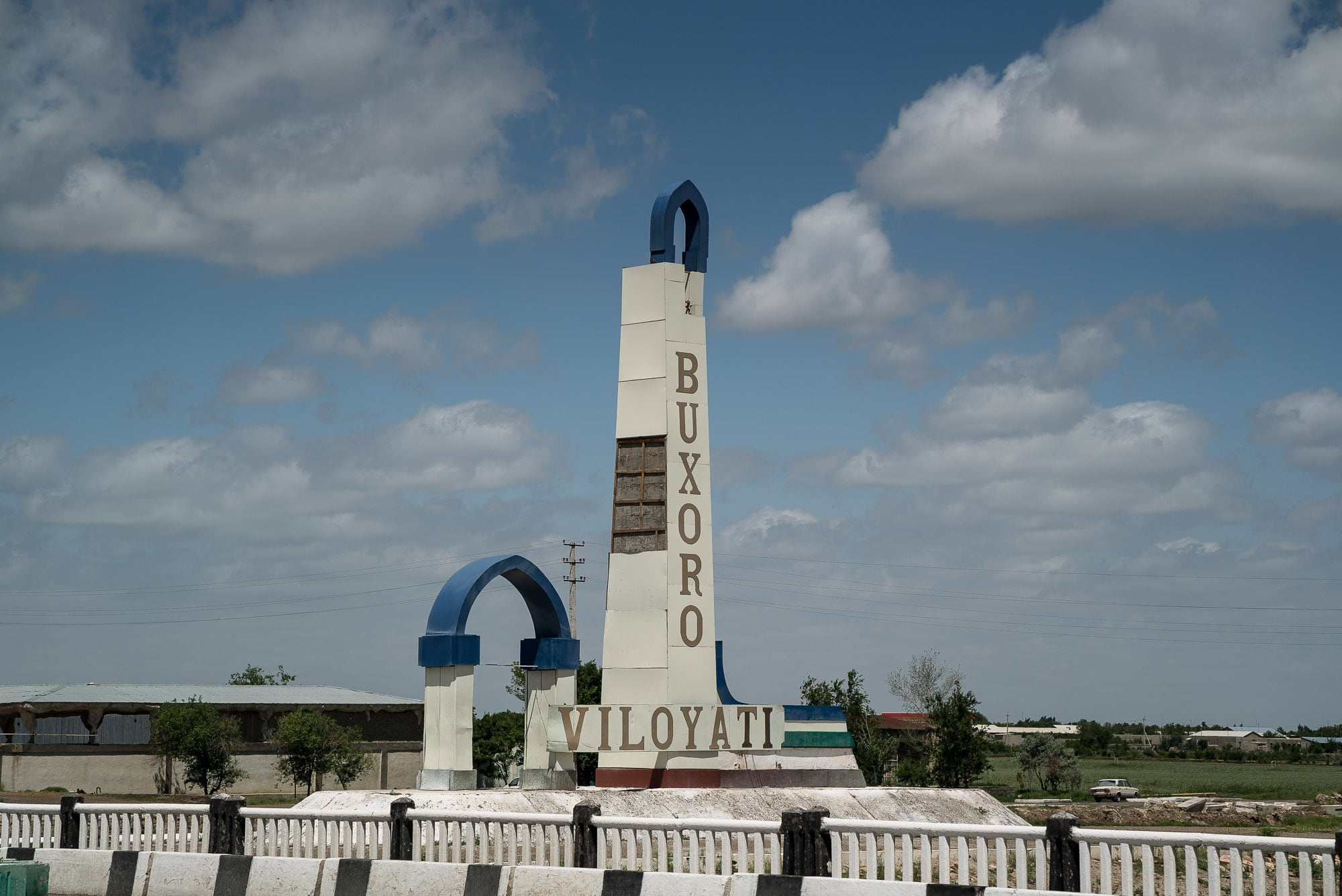 And it was there that I saw my first street sign announcing Turkmenistan: 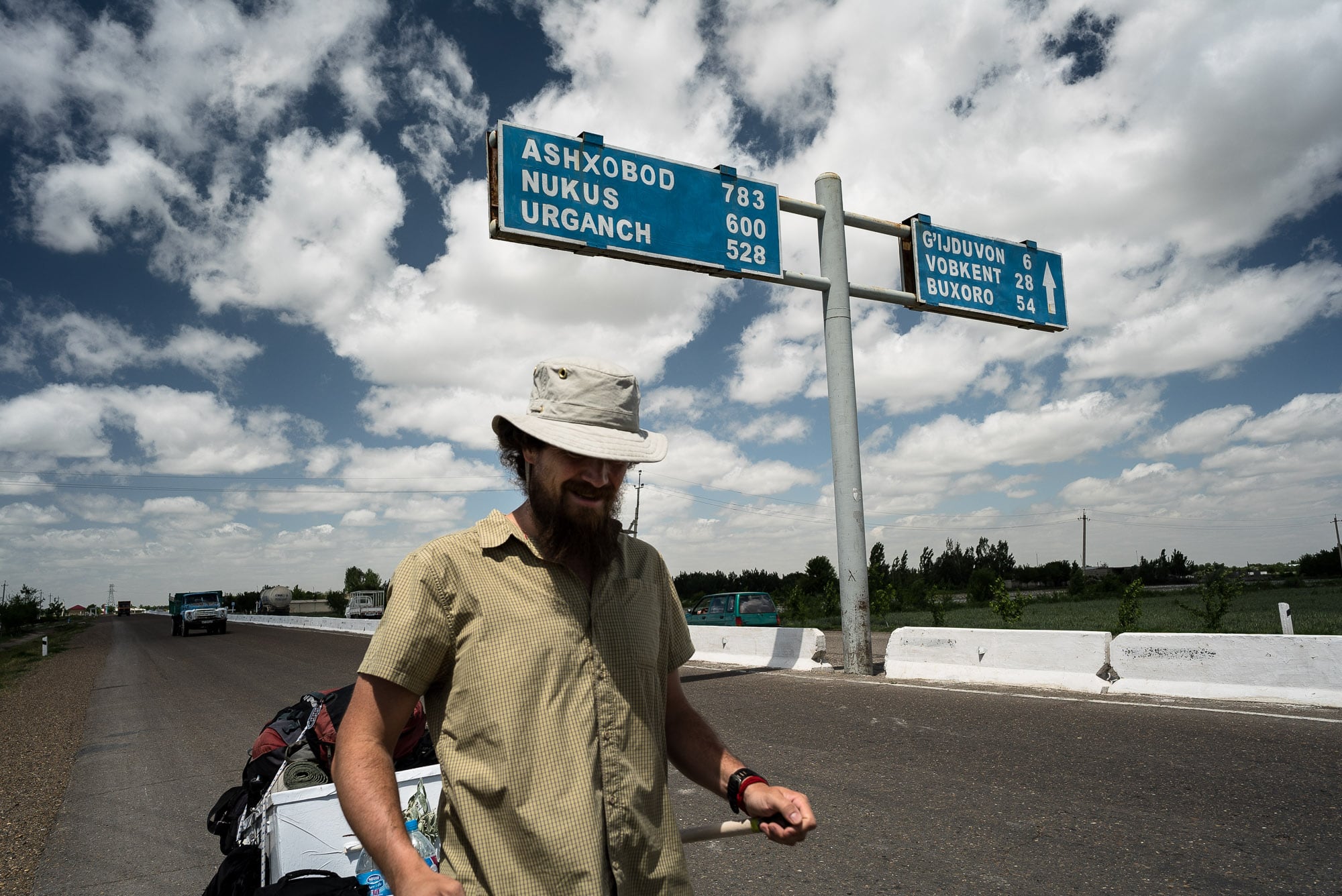 At one point we switched rides – Khalmurad pulled the Caboose and I pushed his bike: 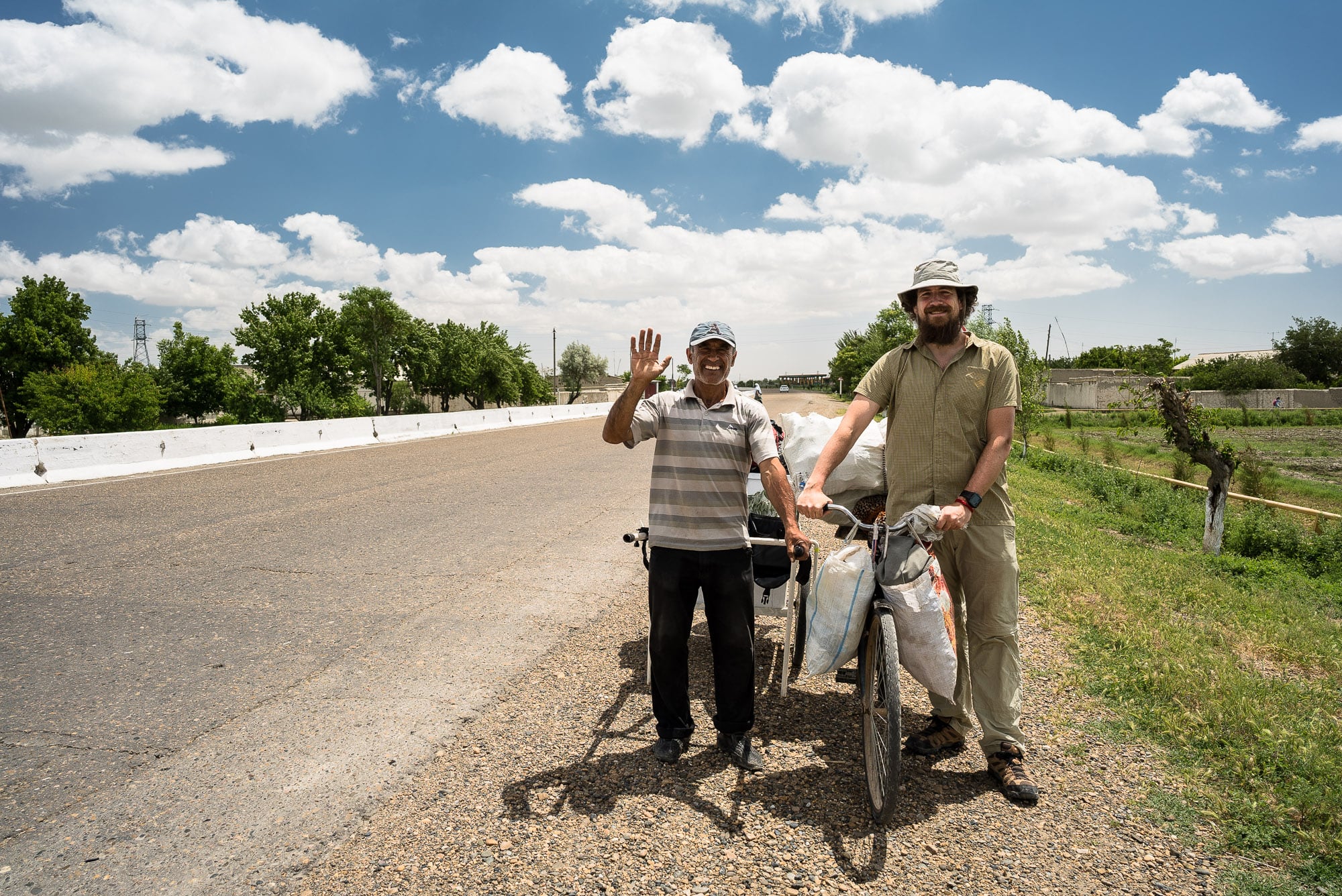 When we reached Gijduvon, we passed a wood shop that I really liked: 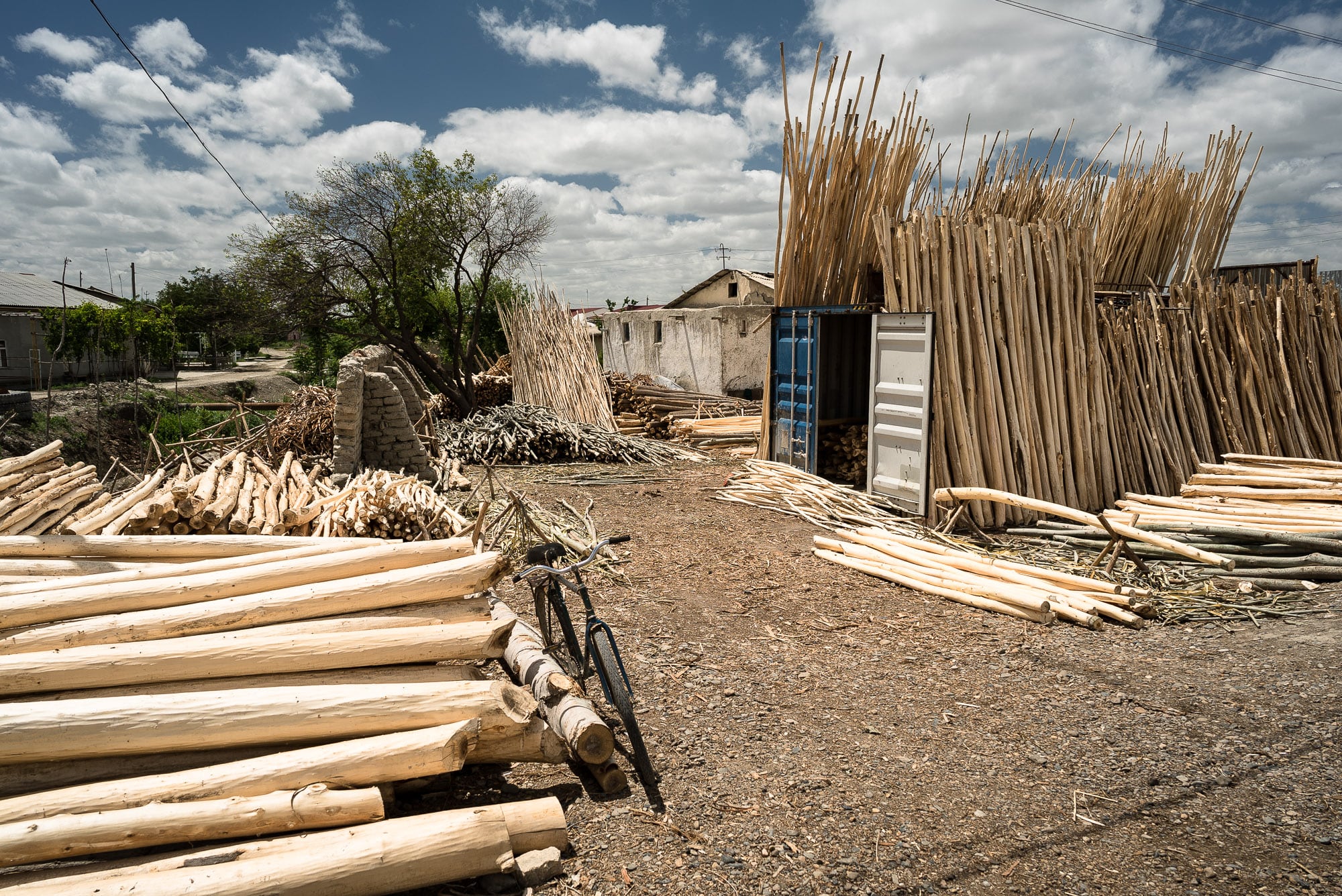 These two were there: 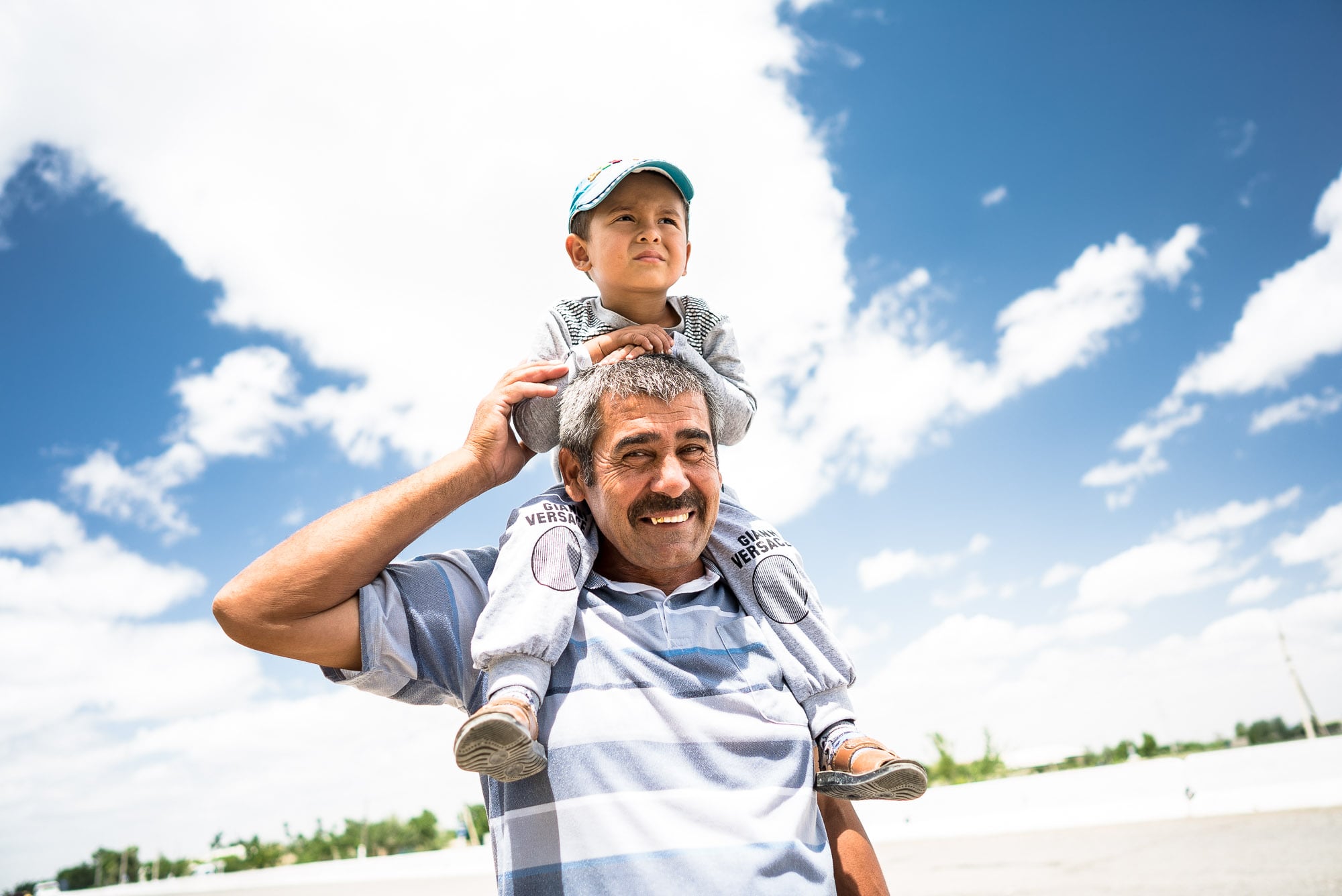 I was very jealous of the mode of transportation that the little dude had made for himself.

This gentleman stopped for a chat: 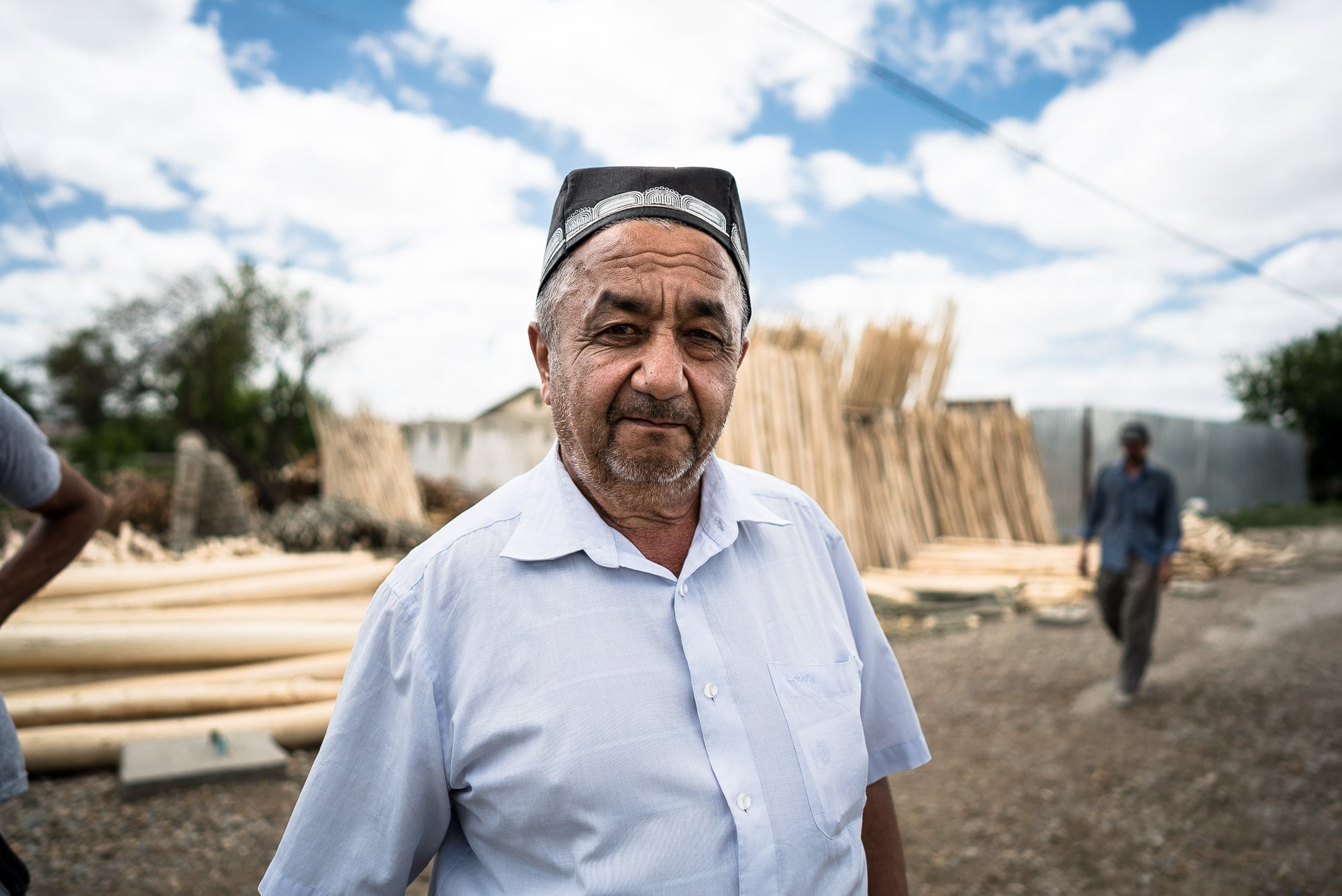 And he showed us his tattoo that he had gotten many decades ago in the army: 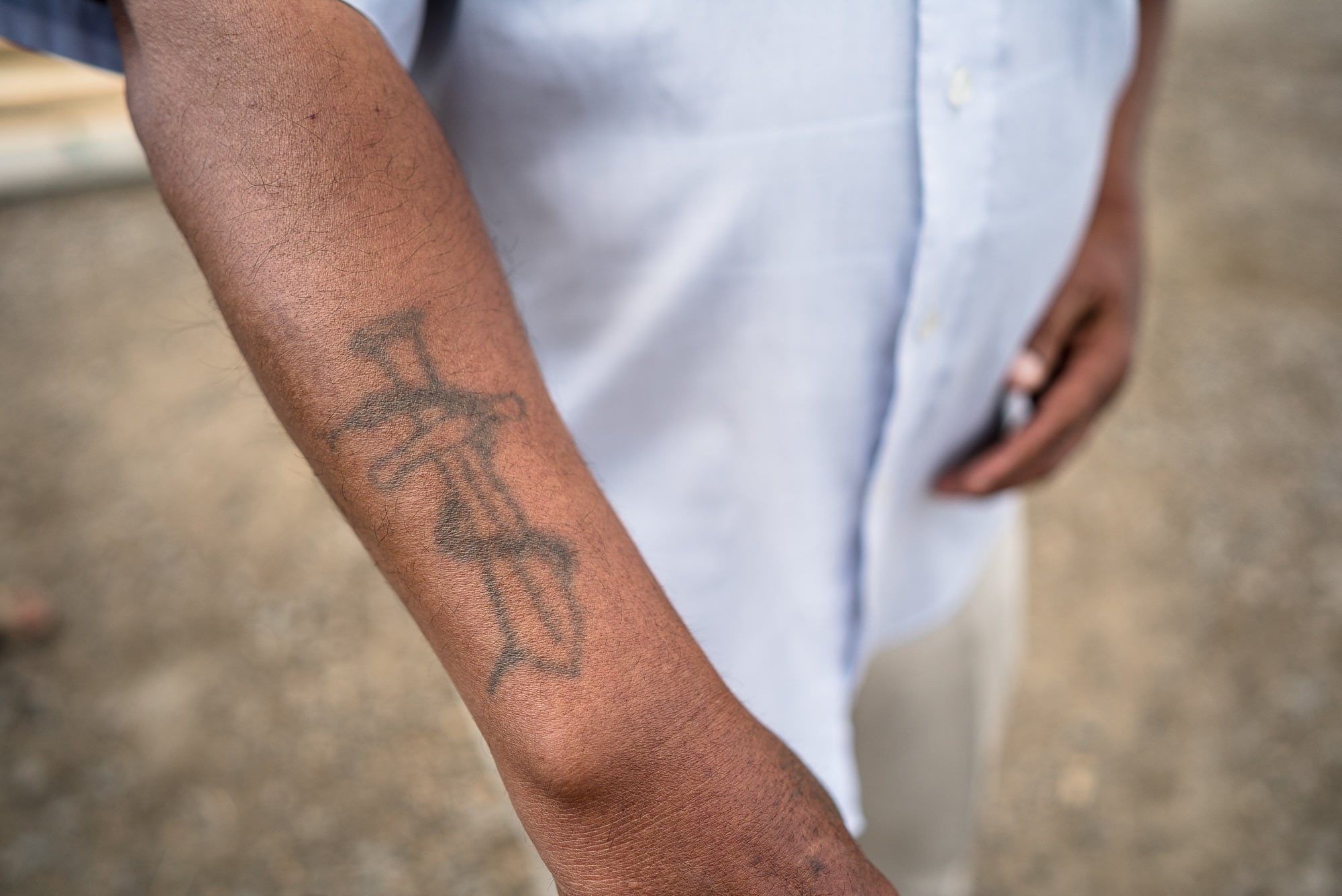 Then we reached the recycling yard where Khalmurad dropped off his plastic bottles: 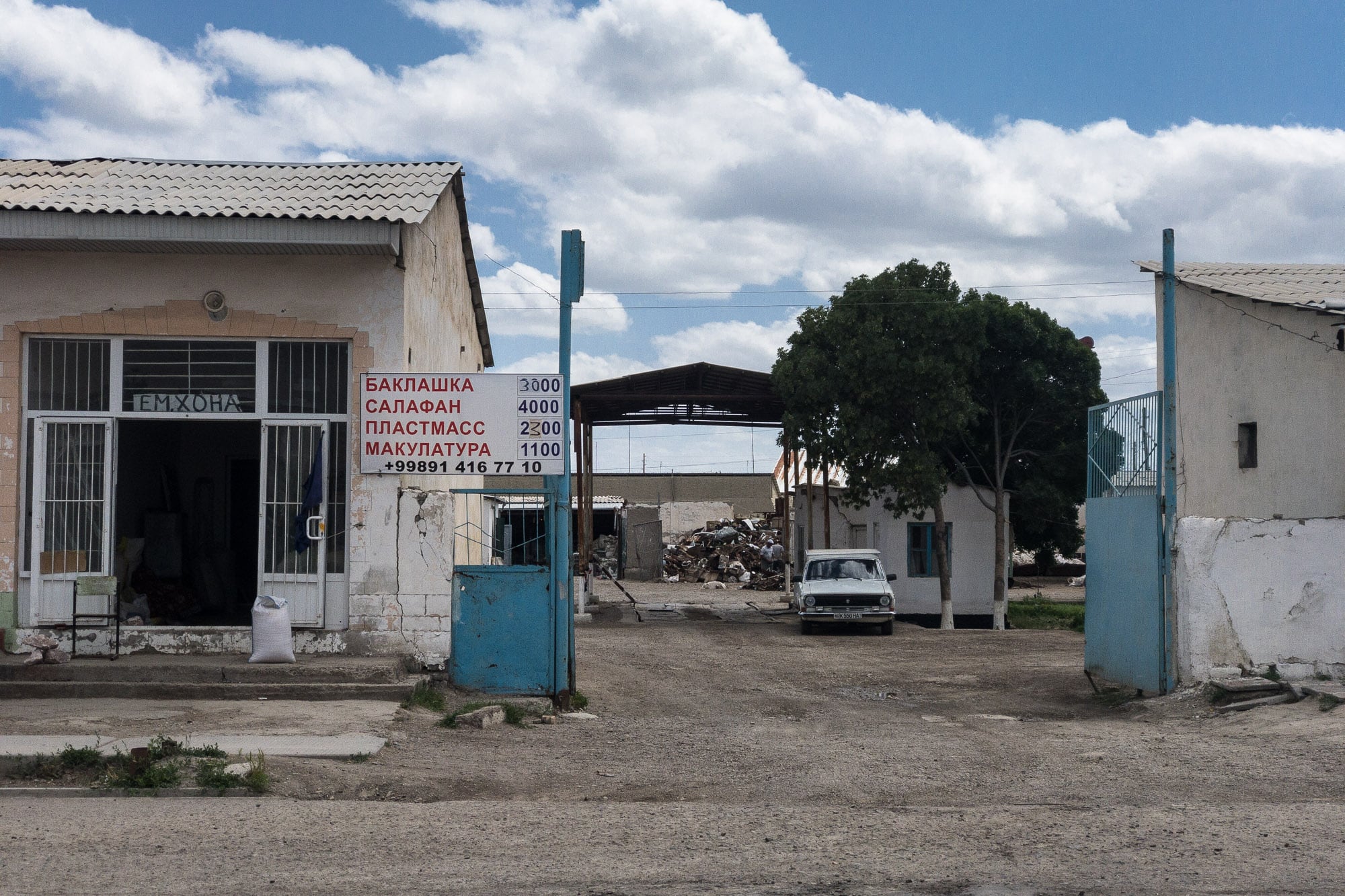 There was a hotel there that was legit, so I got a room, and then we went out and had lunch in a restaurant that had an Indian theme going on.

The service staff in that restaurant was very friendly: 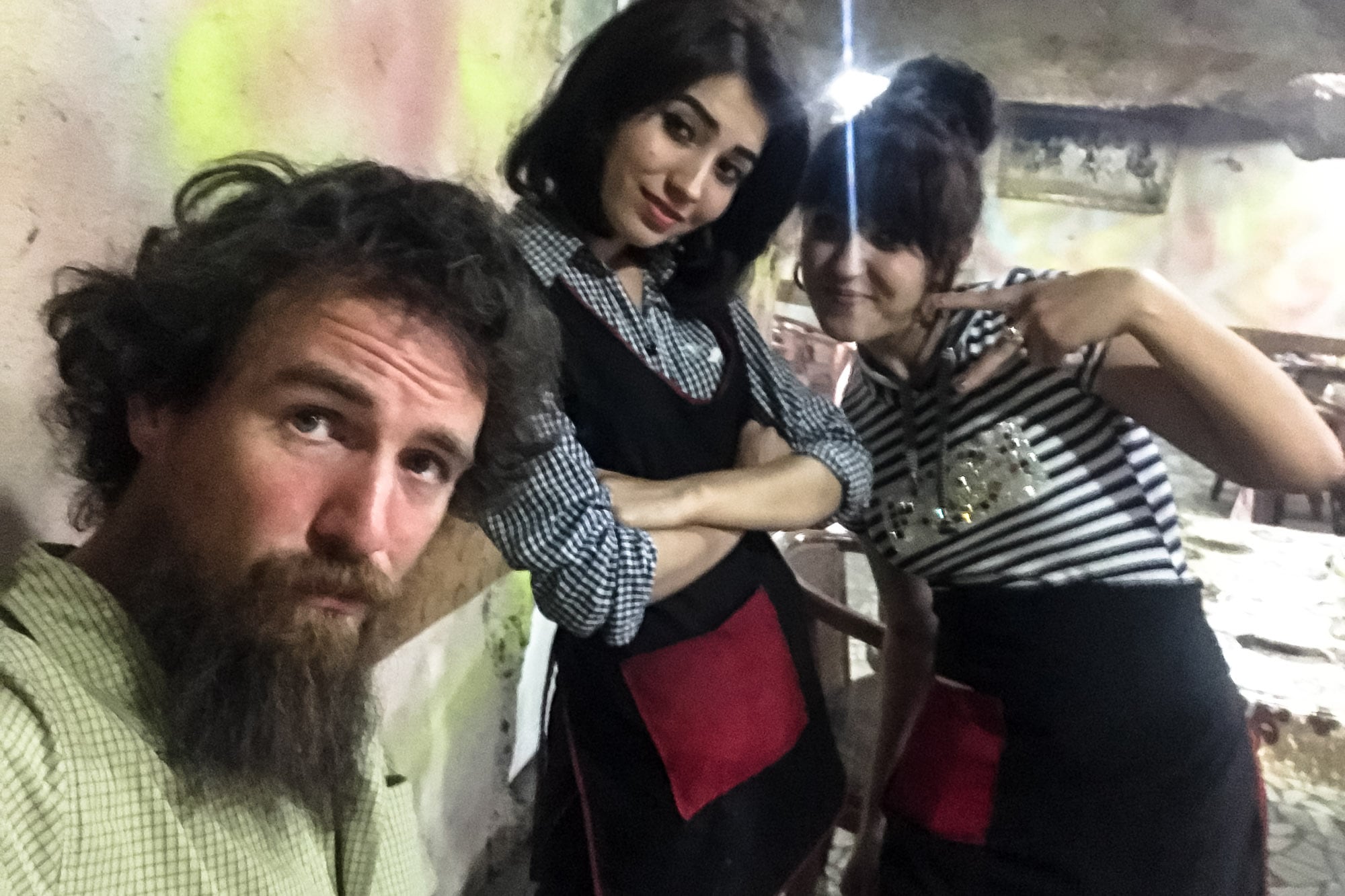