Went to another lake today: 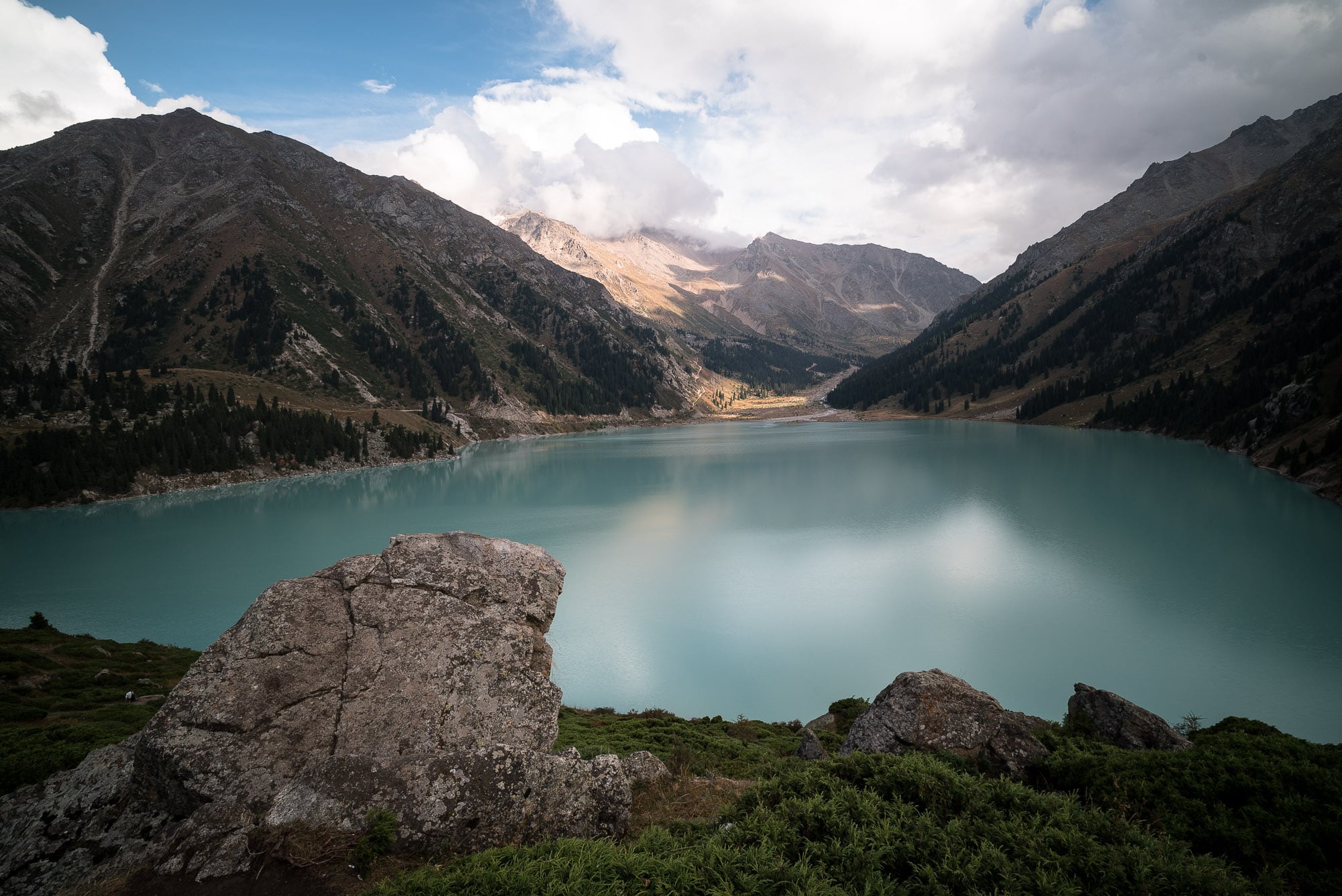 I hadn’t come alone though. My friend and fellow photography enthusiast Nazira was showing me around: 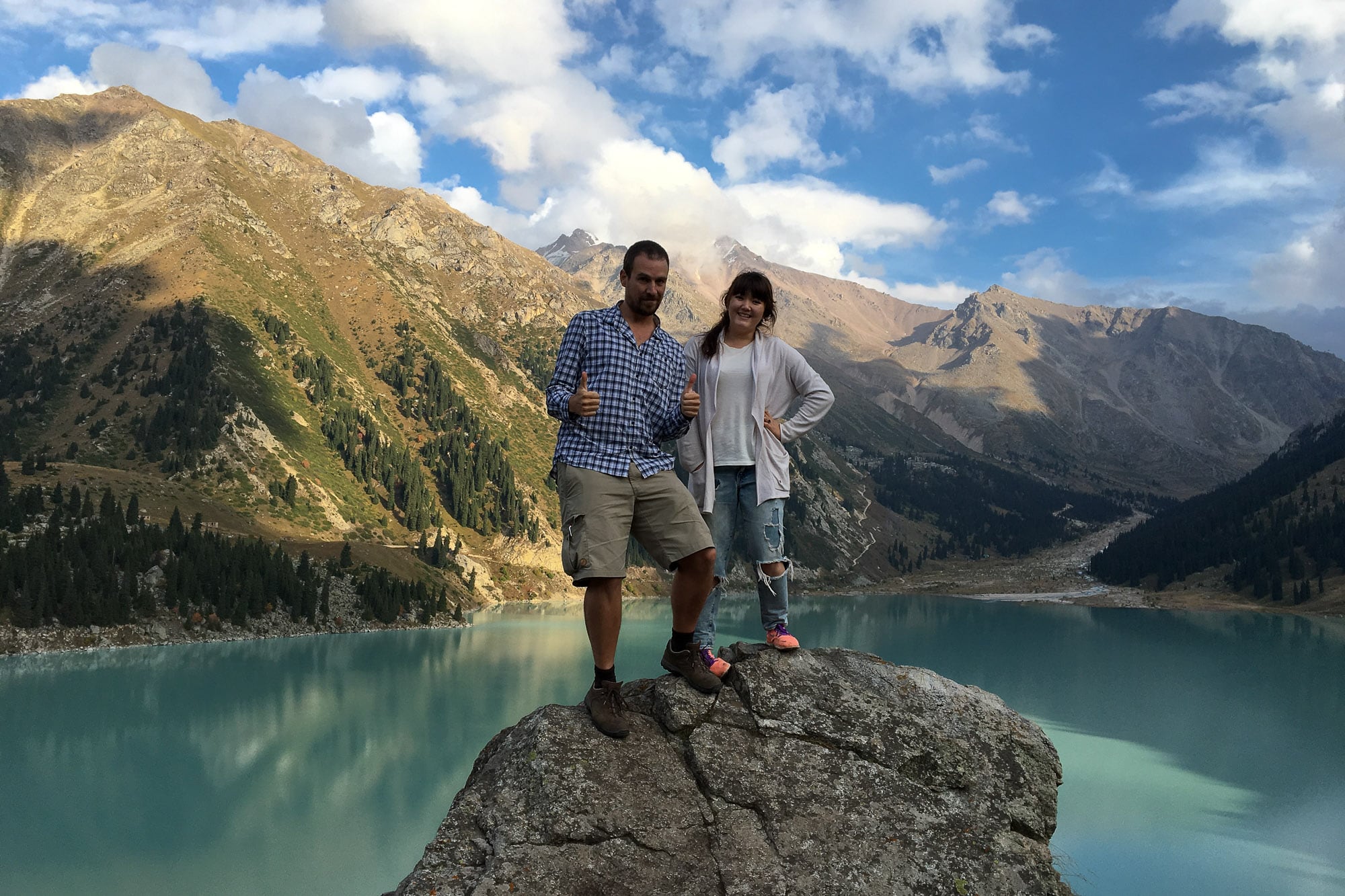 And while we were there, we made friends with some young people from Taraz, one of which was Beka: 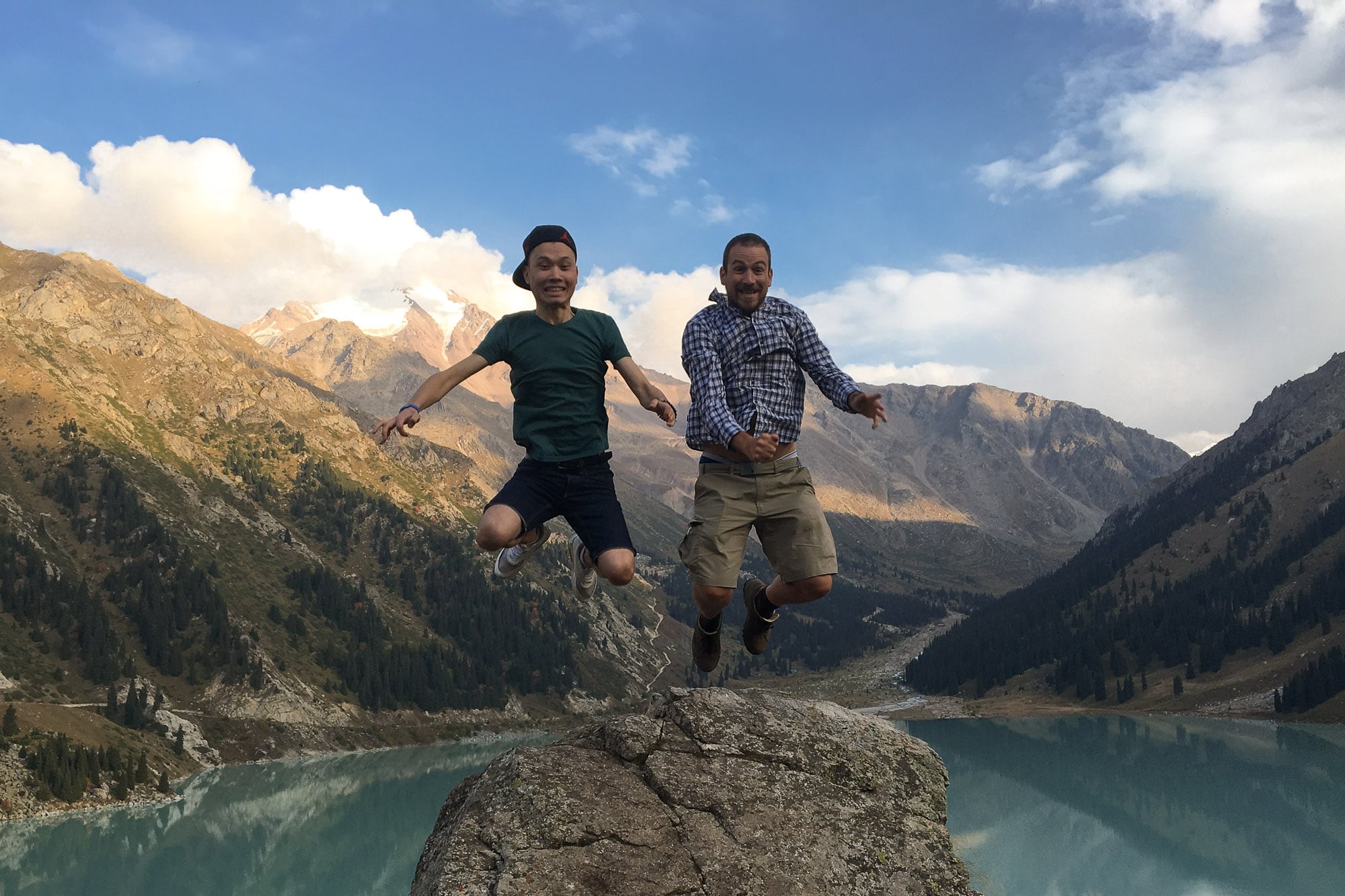 …though in hindsight I think I really shouldn’t be jumping around like this with my back condition. I’m pretty stupid sometimes.

But anyway, the lake was so gorgeous that we stayed well into the afternoon… 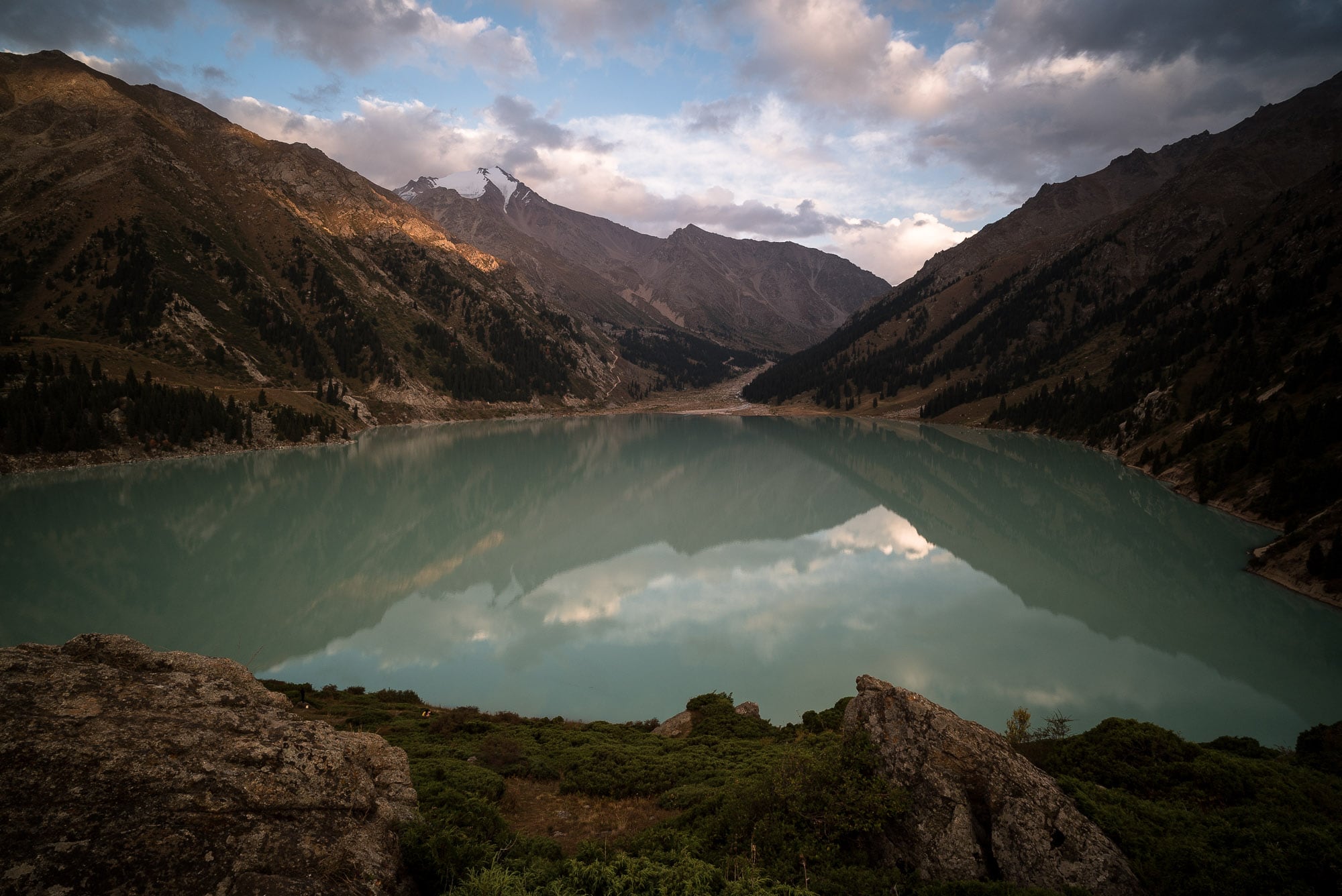 …until the light was almost gone… 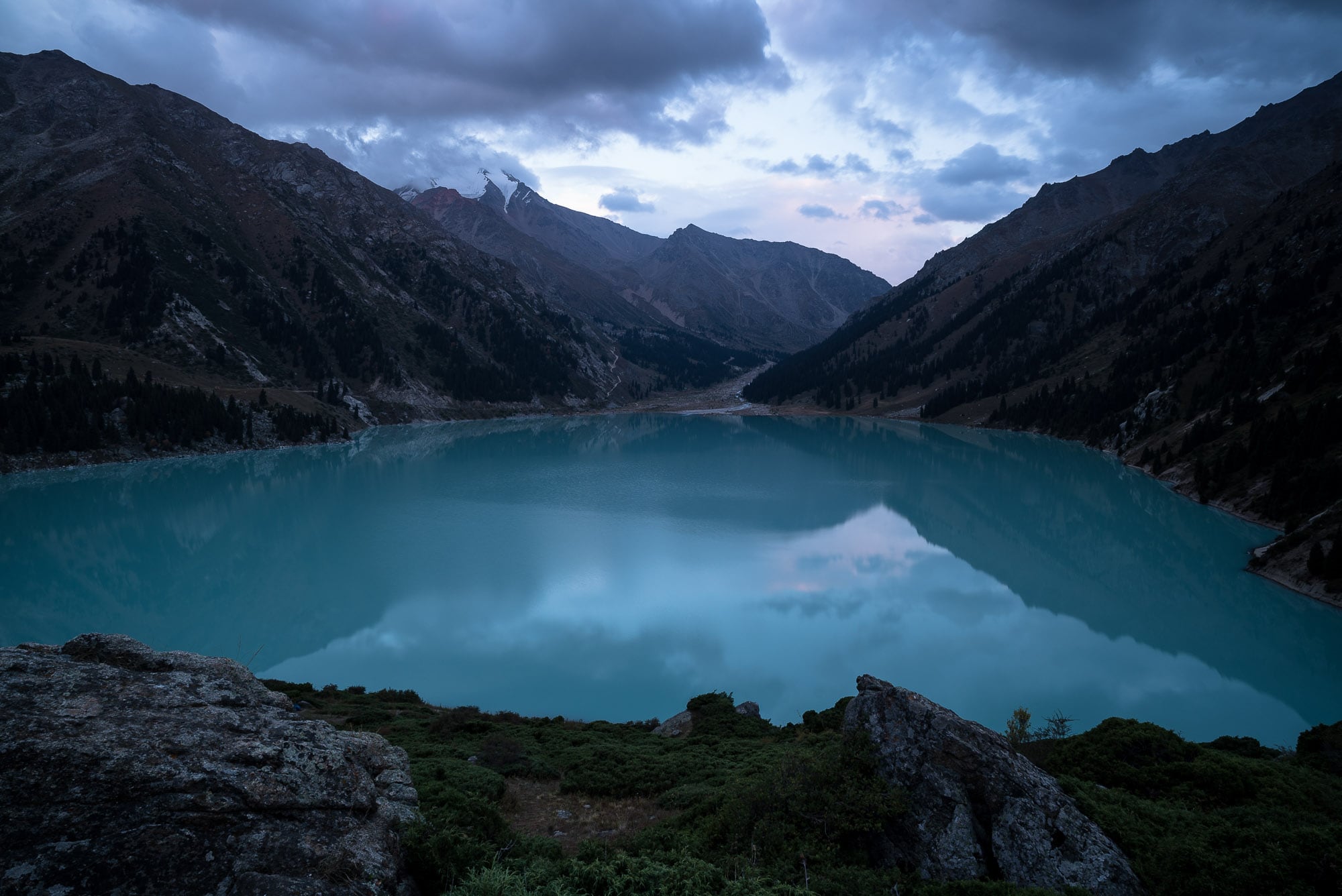 …and the cold came creeping down the mountains.