I rarely say this, but today was not nice.

It all had to do with bureaucracy. The thing is, I am on a 30-day visa here in Kazakhstan. This visa was going to run out on the 27th of August. Today being the 23rd, I figured I would not be able make it to the border before the 27th. At least not on foot. So I needed a new visa.

I took a marshrutka to the border: 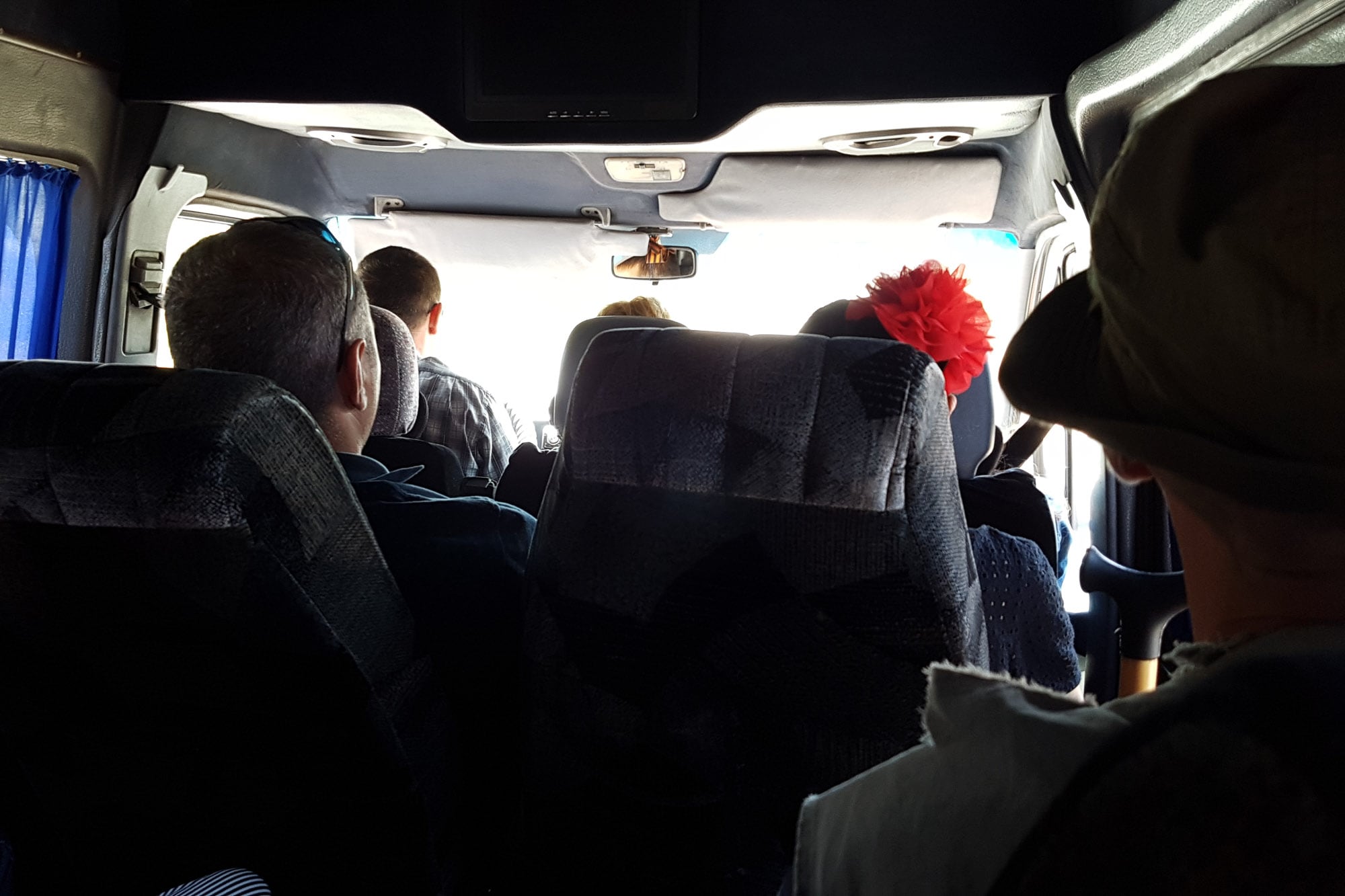 The ride there last about 3 hours, and all the while I was trying not to look out the window:

The border of Kazakhstan and Kyrgyzstan turned out to be crowded and chaotic: 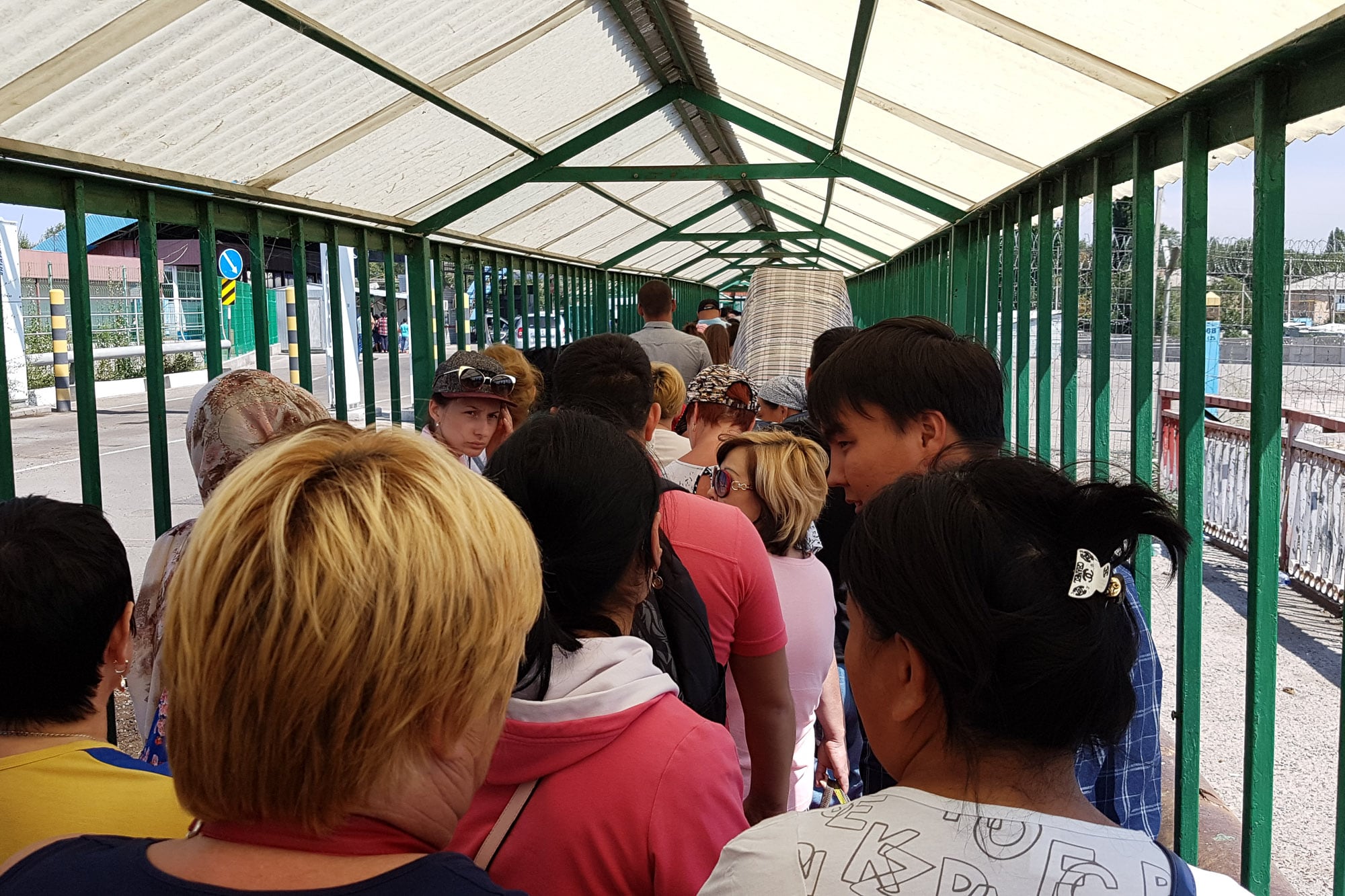 It took me forever to worm my way through it, and that was just one way. Once I arrived on the Kyrgyz side, I had to turn around and go back into Kazakhstan so they would activate my new visa.

And again it took… 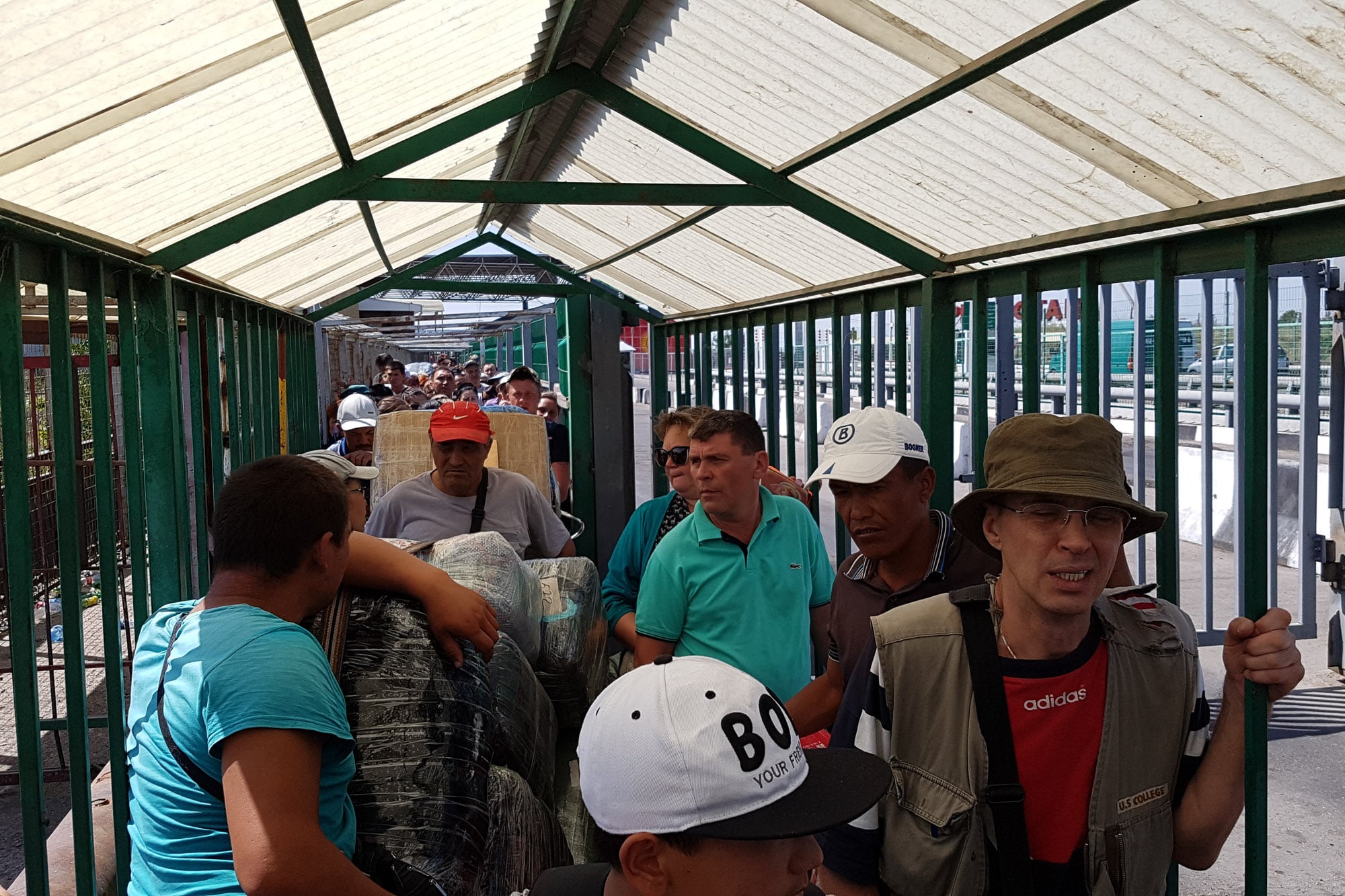 Activity: taking care of stuff
Soundtrack: System Of A Down - "War?"