Four years later, and here I am – back in Khorgas.

It took a lot of flying to get here:

…and then a car ride to Khorgas.

Most of the time it looked somewhat like this:

There was one exception though. I had booked one of the flights first class (because it was actually cheaper than paying for my extra luggage, don’t ask me why).

So I got to hang where the rich people hang:

It seems as though once you’ve overpaid for your ticket you get all kinds of stuff for free. And you get to be by yourself.

Anyway, I was happy when I found out that they were still selling my book at the airport in Beijing: 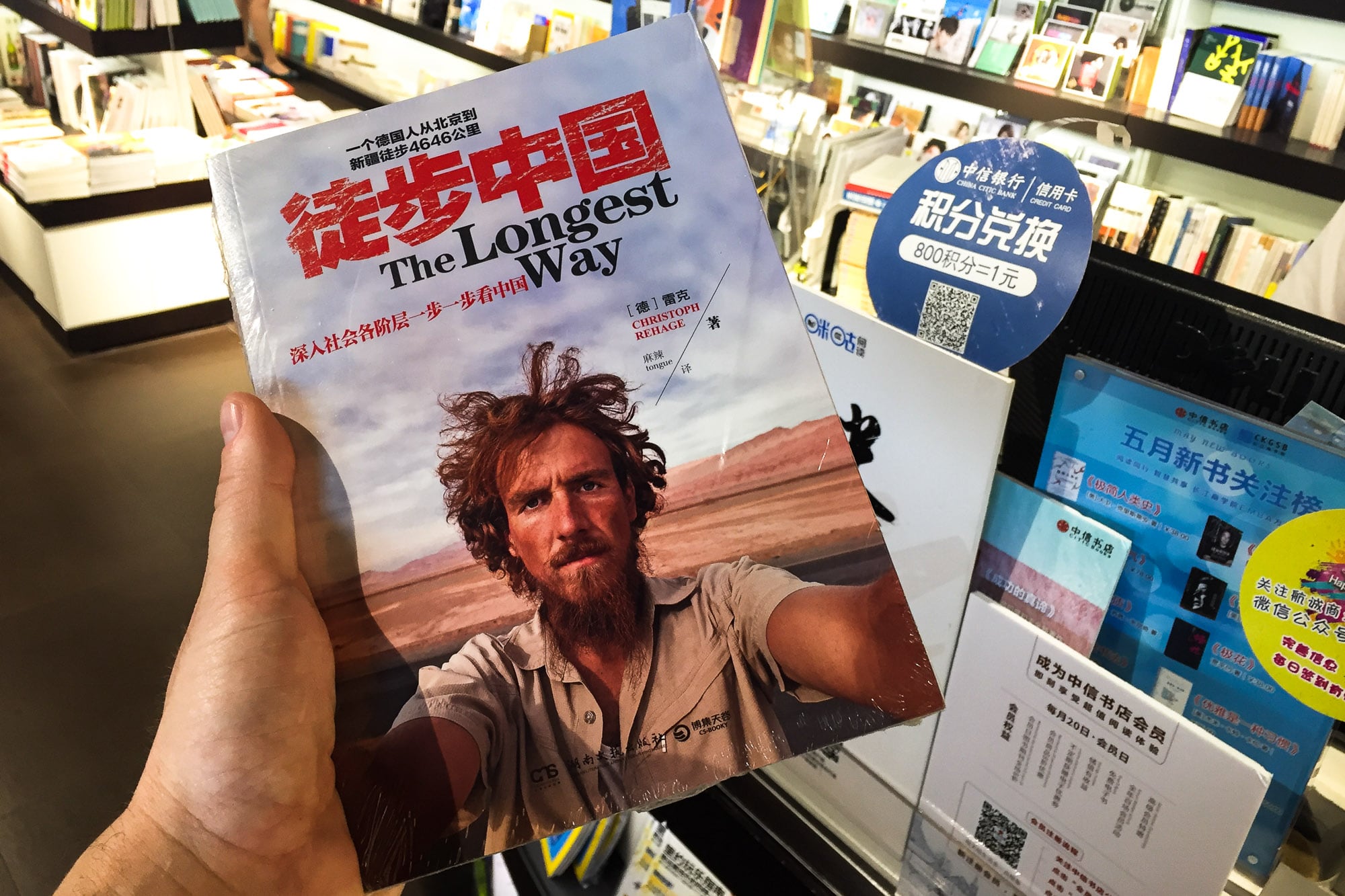 Not only because it’s always nice to sell books.
But because I had been a bit worried about the Chinese authorities.
Here’s a video I made before I left, in which I try to explain the issue:

But then of course everything turned out to be just fine.

I got a haircut in Yining: 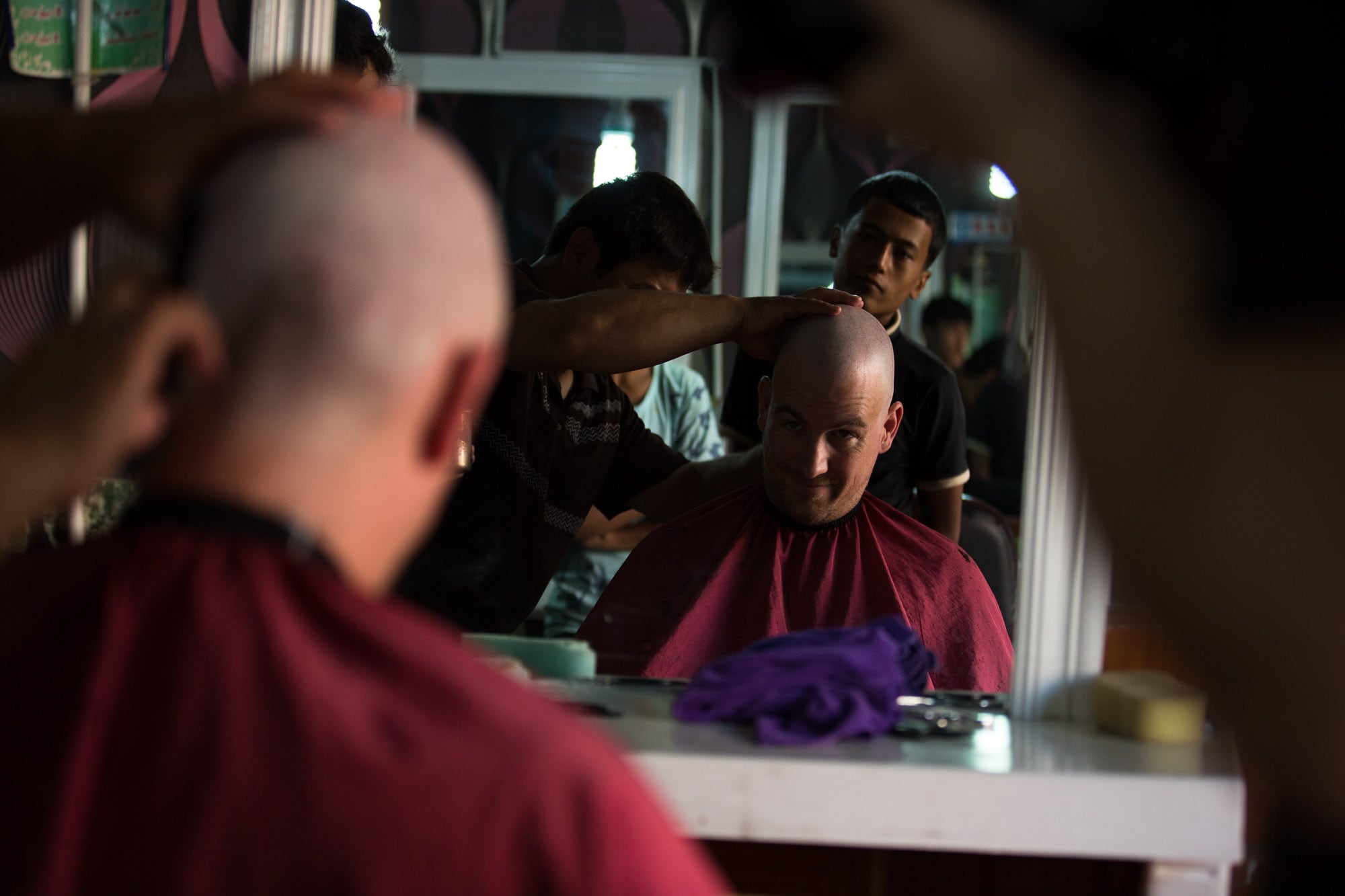 Then I went and saw Big Brother Ma 马大哥 (whom I had previously been referring to as Mr. Ma 马先生): 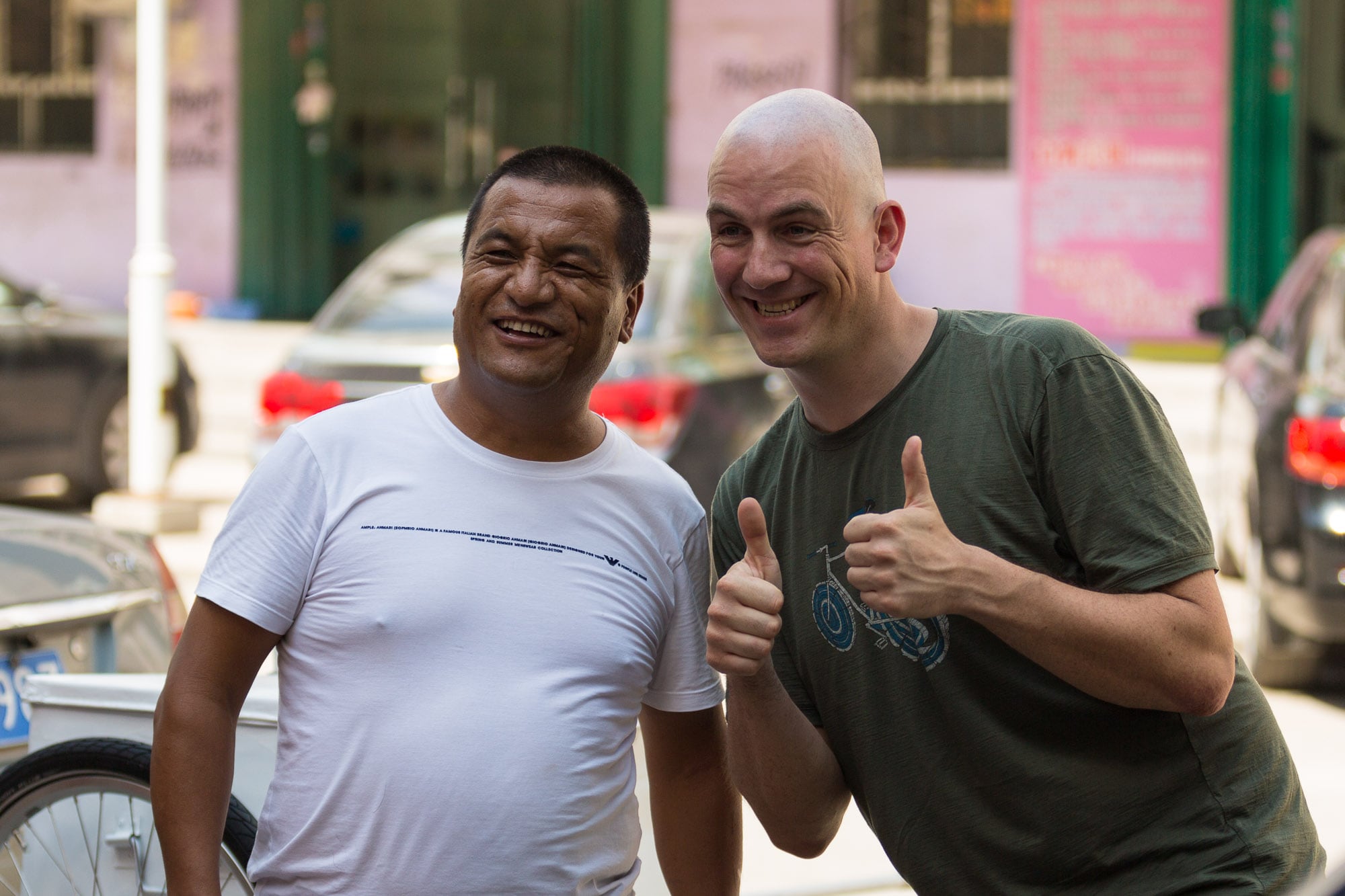 He had been storing my Caboose during the last four years. Four years! And she was still her old self: sturdy and pretty:

All she needed was a little bit of work and a set of new tires (which I got for her from Germany, hence the extra luggage): 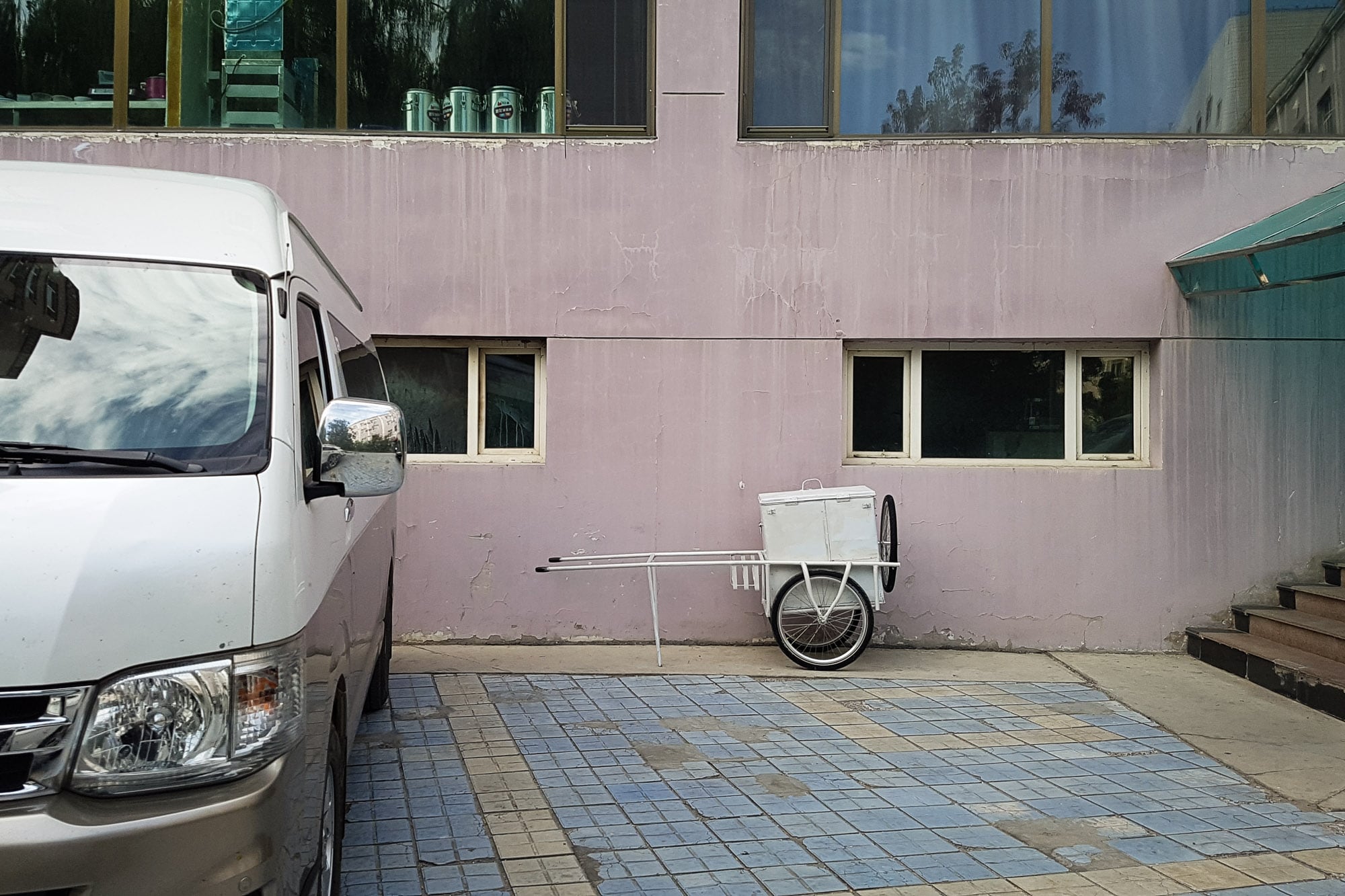 And she was ready to go.