This post is about a 24km walk from Dingzhou to Cheng’anpu. The weather is good, but my foot is bad. I think about exoticism.

The sky was azure and made everything look like Indian summer today. There was clean air and there were golden sun rays, it was cold in the shadows and warm in the sun. 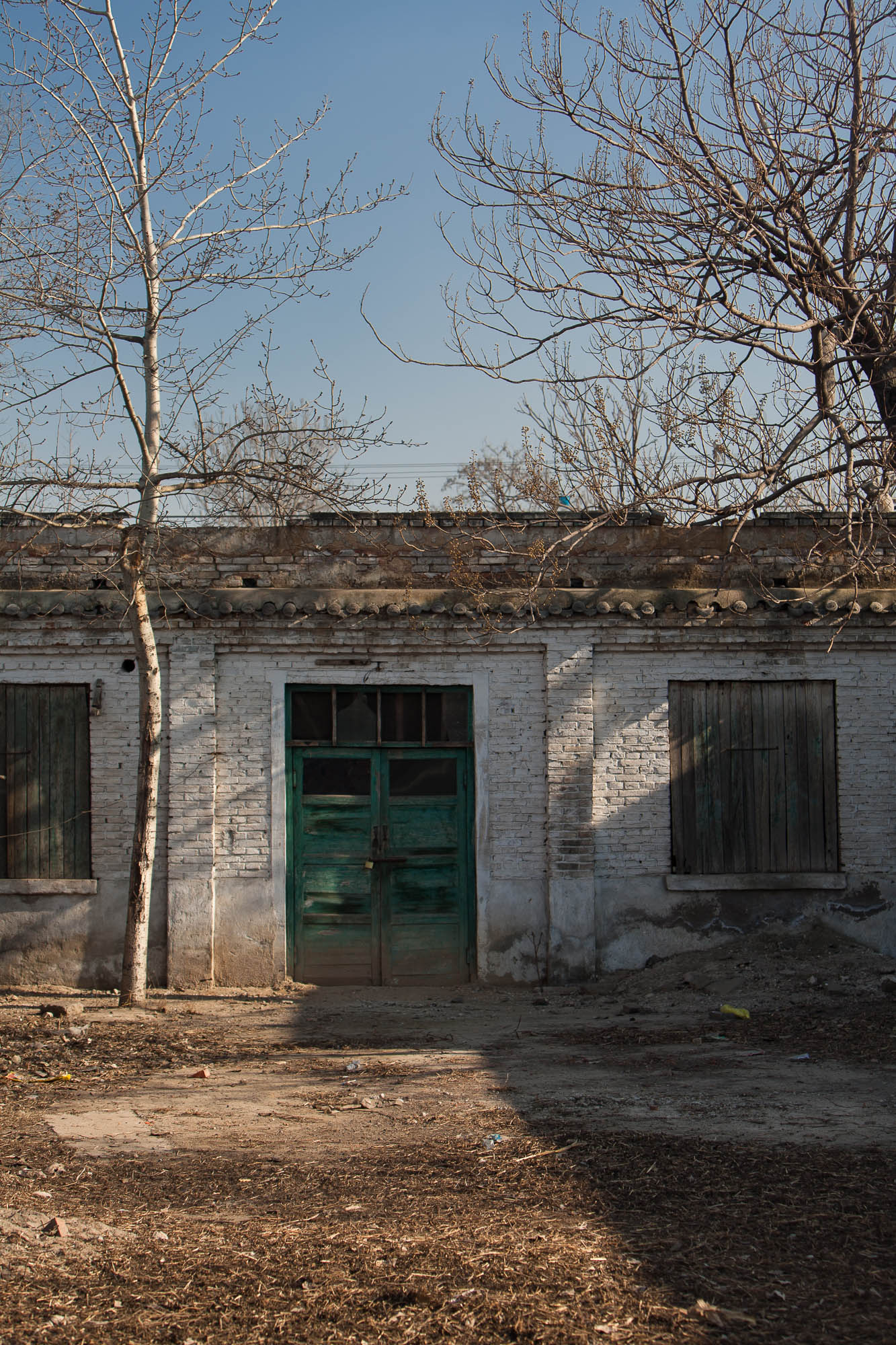 I thought: could this be the last day before winter? And I opened my jacket and I opened my sweater, because I wanted to let in the warmth.

And then I slowly limped through the town gate, out of Dingzhou, southwest on G107. what’s exotic and what isn’t

Sometimes thoughts have their own twisted ways. Like today, I was looking at something and I caught myself thinking: man, that looks weird!

And then I realized something.

Of course it looked weird! It was supposed to look weird, at least to me. I was in a far away land where everything was different from my home. It’s what people used to call EXOTIC – something that was foreign to oneself.

But wait! Maybe the place was ordinary and I was the one being exotic? I actually thought this made a lot more sense.

Oh, and did I just say I LIMPED out of town? Yes, my foot is messed up again.

Enjoy looking at other people’s misery? I have to admit I do sometimes, so this foot photo is from me for you. 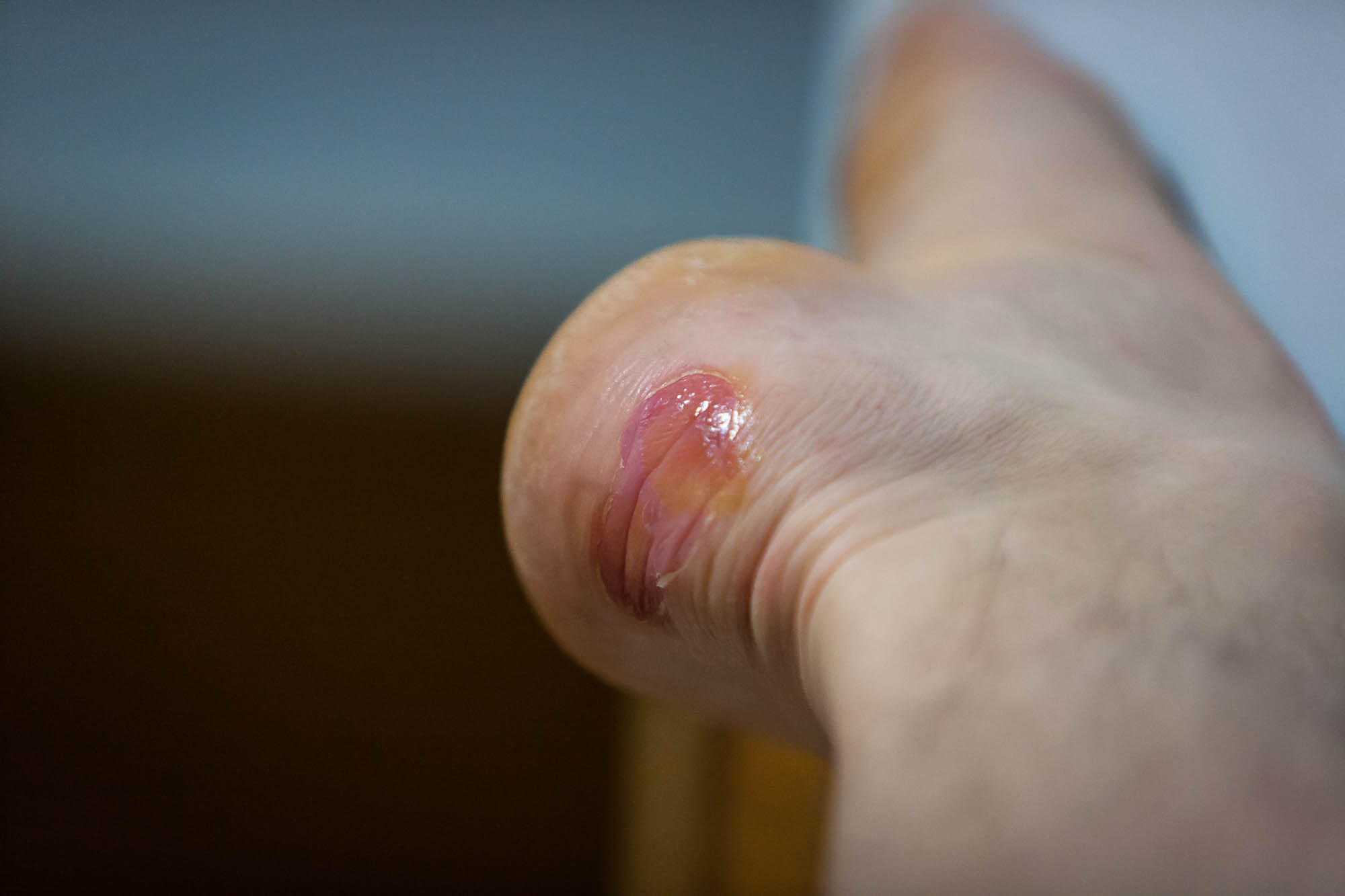 This has been spoiling my fun today.

But apart from the foot, it was all good. The weather was fine, the sky was a clean shade of blue, and I peacefully limped along the highway, trying to walk from Dingzhou to Cheng’anpu.

Some people were busy working. 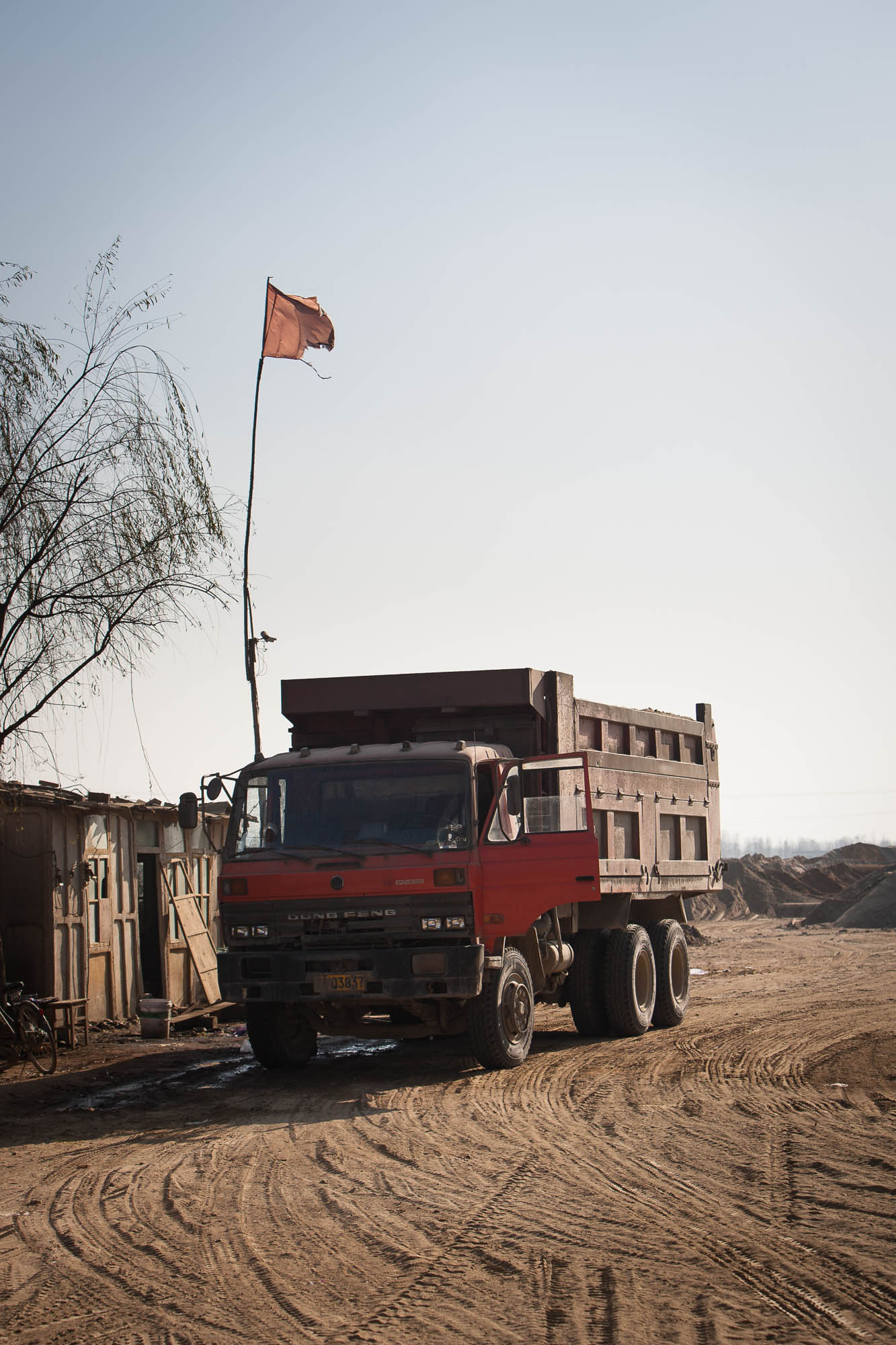 Lots of places along today’s road were in the sand-business, I wondered where they got all that sand.

Other people were taking a time off. I don’t know what business this guy was supposed to be in, but for a brief moment I thought I had seen him before in the movies playing all the dudes that die driving.

Most people just kind of rushed by me honking their horns. Some did it as a greeting, some in surprise or disbelief, others just to let me know that I better get my exotic ass out of their way. The street got quite narrow at times. 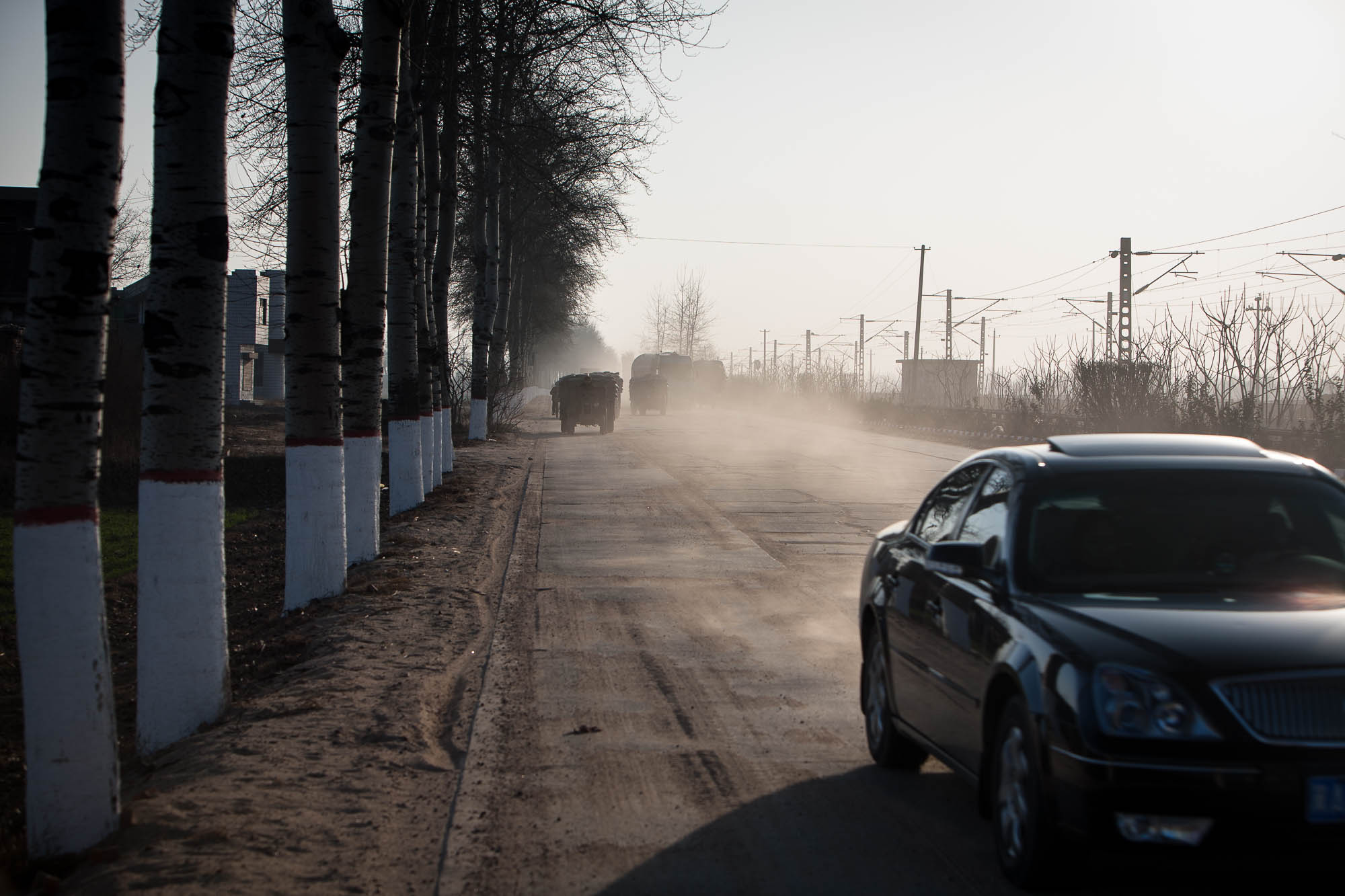 I made it to the next settlement by the time azure was turning into rosé. 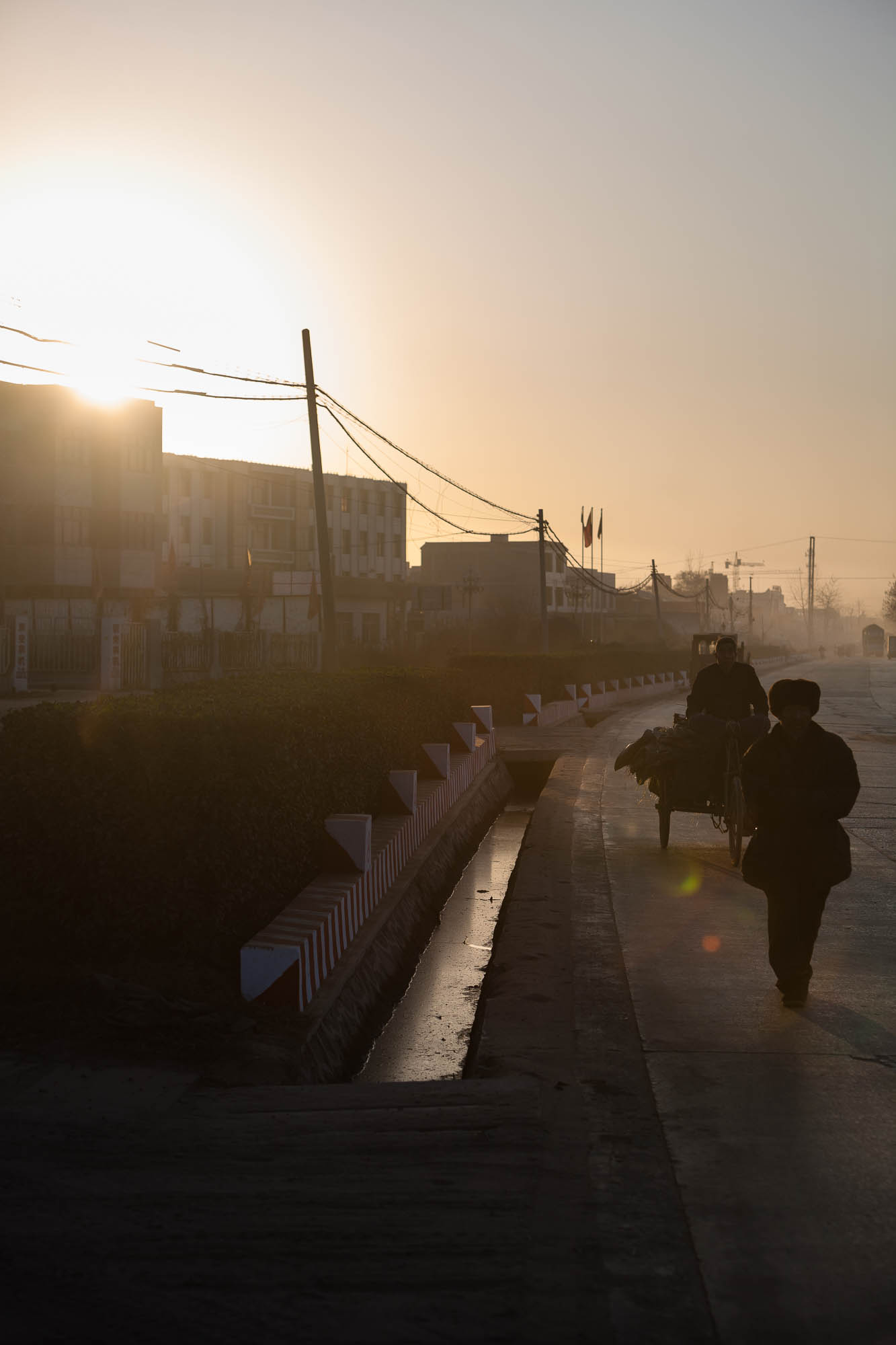 Cheng’anpu was a fascinating place.

It was basically just one strip of houses (mostly shops) flanking the highway, and it seemed almost like an old settlement in the Wild West. It had the dusty air, too.

I ate a bowl of baimian 白面. Then I went up into my hotel room.

It was only then that I noticed that they were going to turn off the heating here, too. This was apparently common practice in this region. No heat after midnight.

I sighed and brushed my teeth. Then I had a look at my right heel, took a picture and put some ointment on it.

The picture was for your enjoyment. The ointment was for me, to ease the pain.