Posted on September 1, 2012 by Christoph Rehage 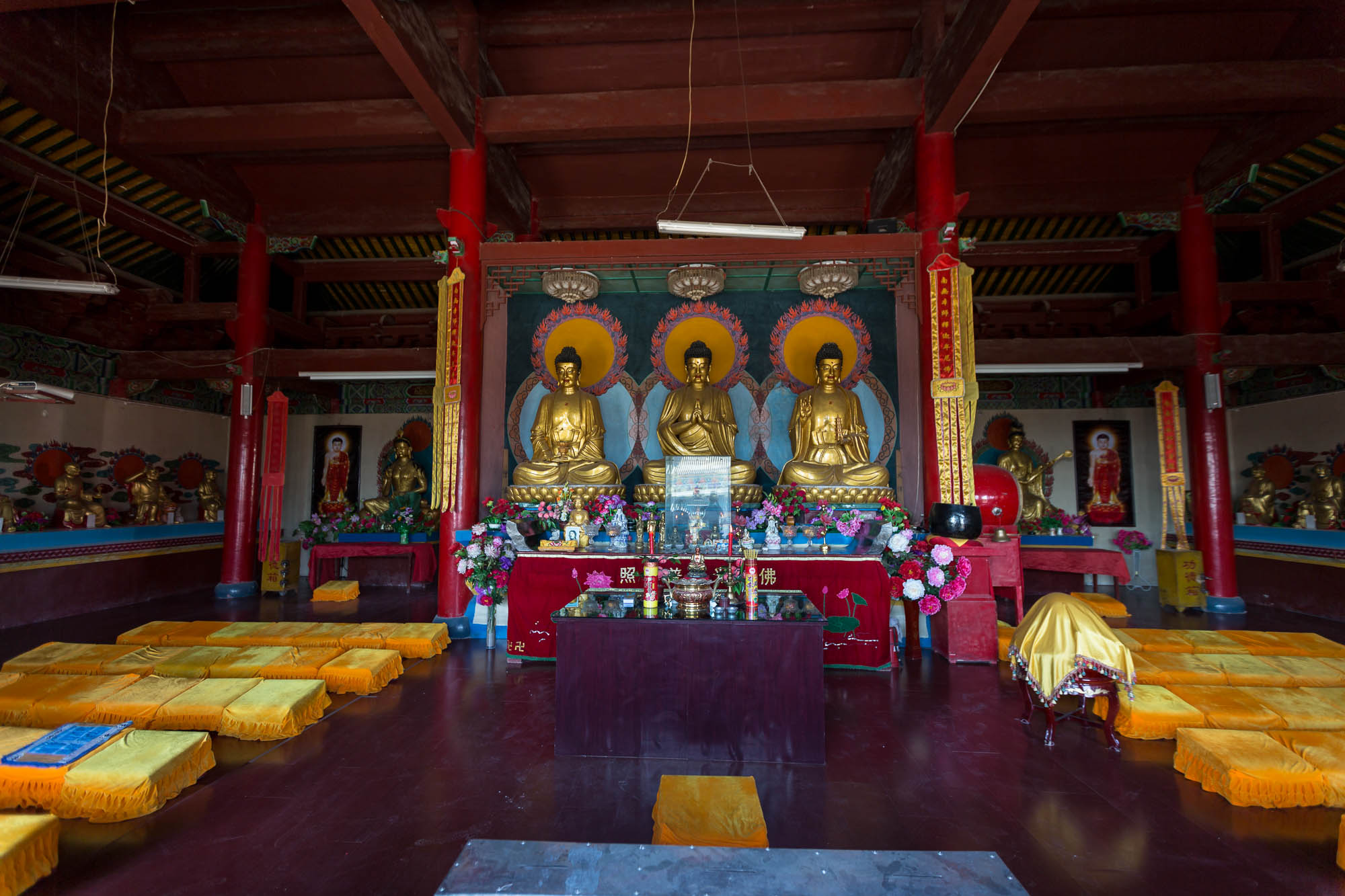 You know how guide books often tend to say retarded things like dive into, intoxicate yourself, hang with the locals, etc. etc.? Well, that’s just one side of it. My friend and I wandered around Yining today, looking for fun things to do. So we dived into a cab, yelled “temple!”, and ended up in […]

who wants to stay in Stalin street? 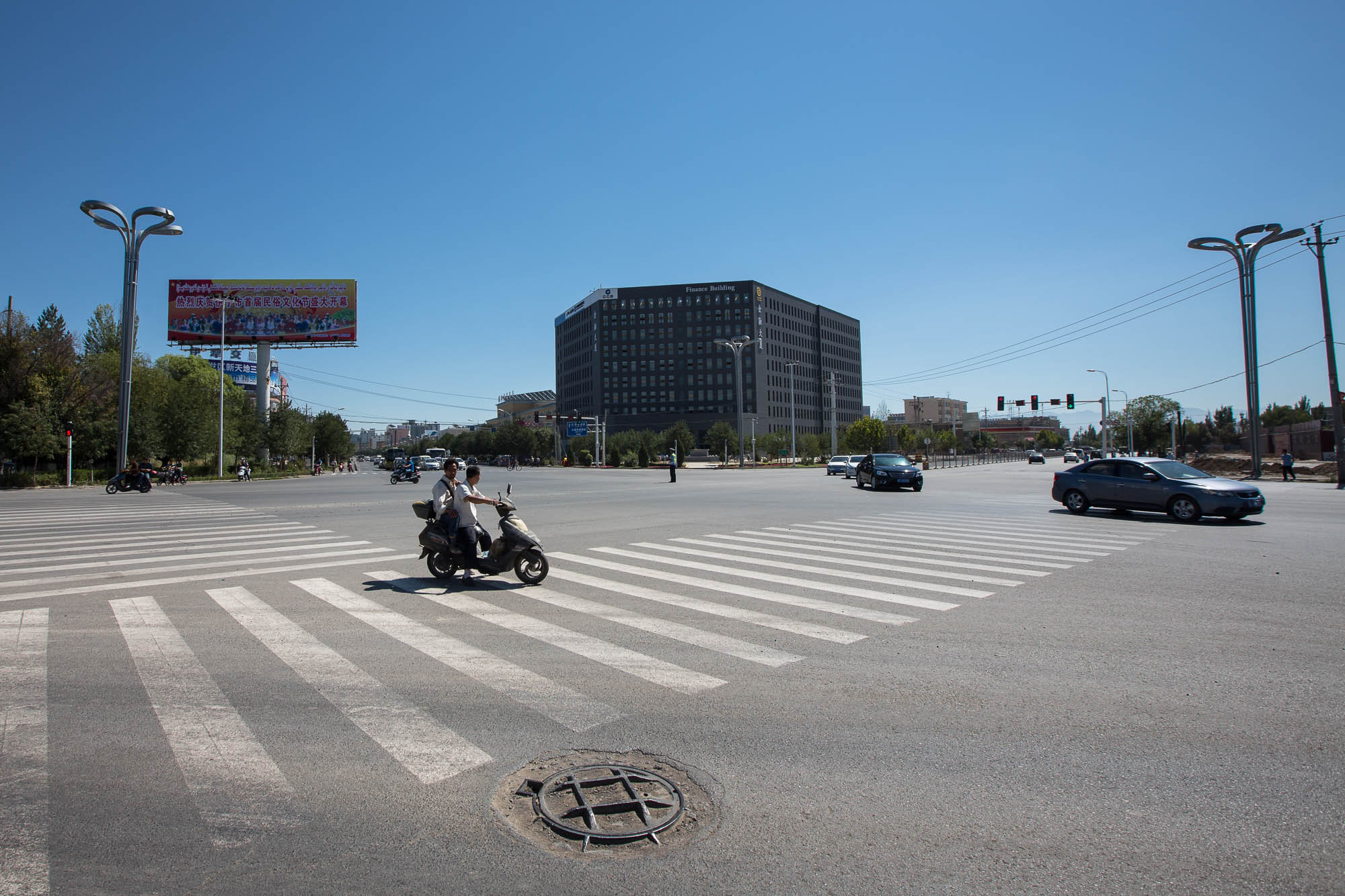 When I stepped out into the morning, the first thing I noticed was a flat tyre on the Caboose. I messed around with it for a while, trying not to feel bothered by the bystanders. “Look, it’s broken,” they would say to each other. “He’s trying to fix it.” Yeah well, it didn’t help. I […] 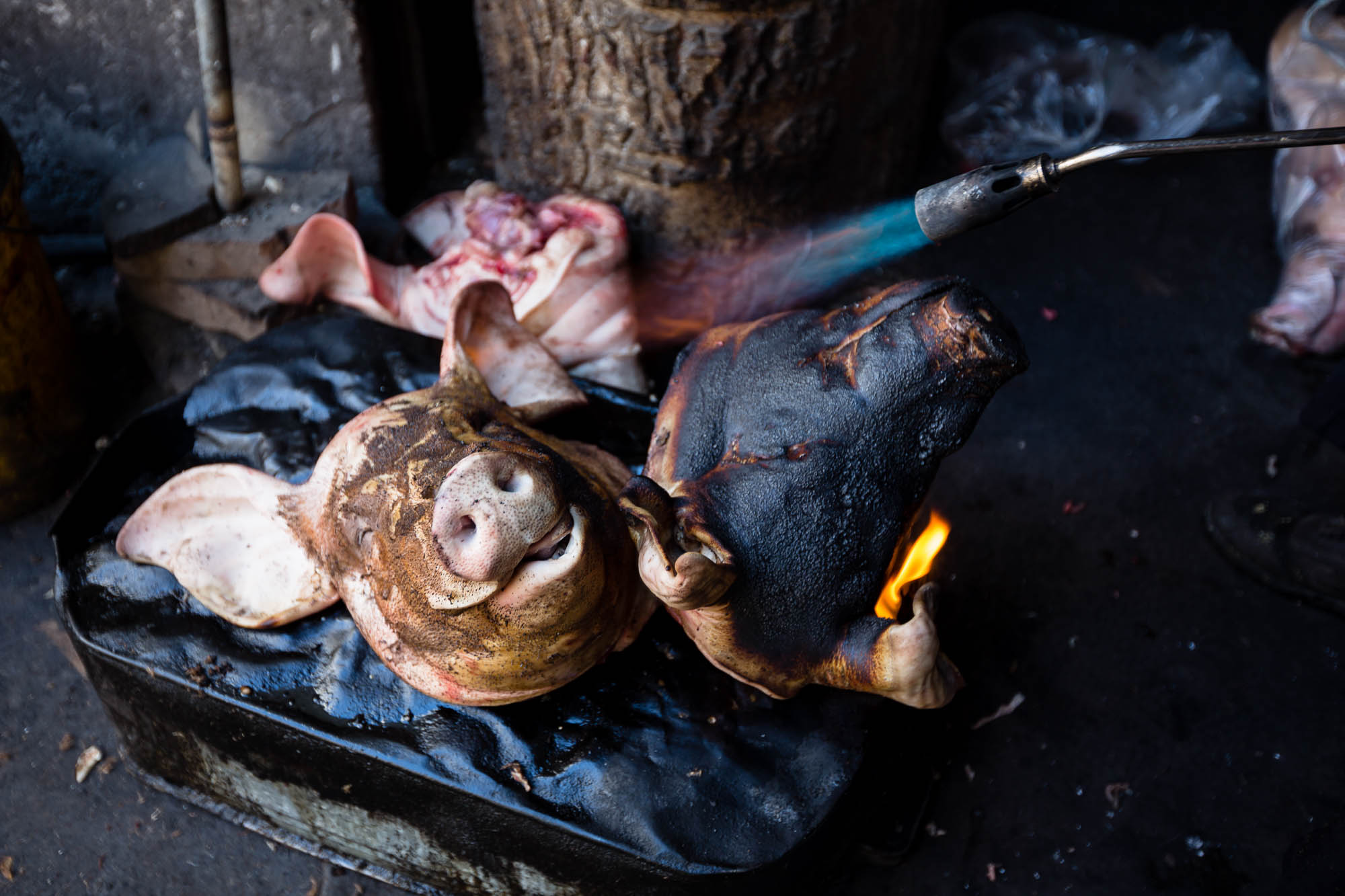 After yesterday’s 50k, I didn’t feel like walking anymore. So I spent a quiet day in the regiment. Strolled through its parks… …through its streets: …through its living quarters: …and through its back alleys: One time I got to a market: I looked at spices… …at toys… …and at pig heads: And given the awesome […]

look down look up 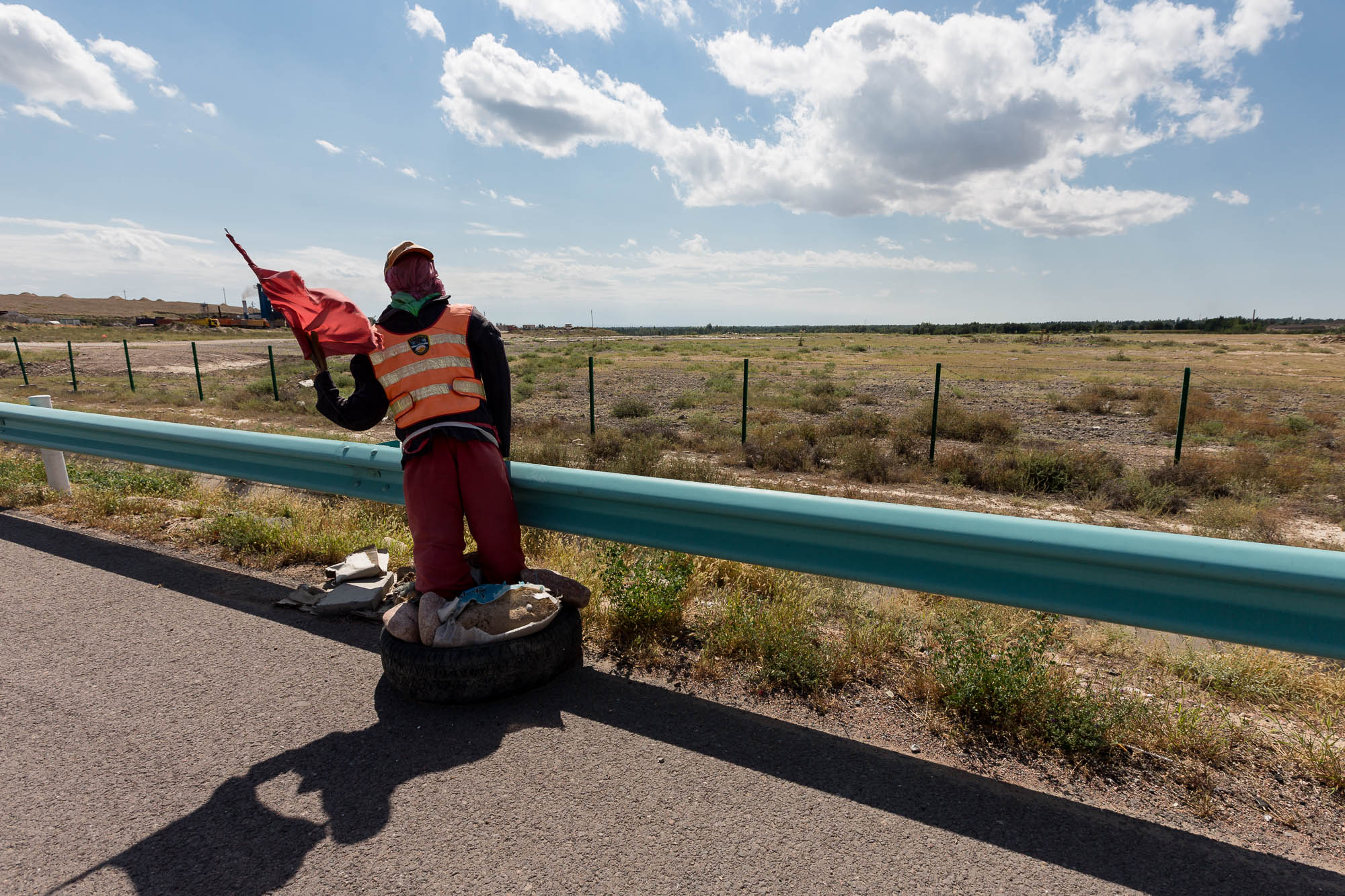 I wasn’t going to walk very far today. At least that was the general idea when I set out: The road was quiet and nice: By loading the video, you agree to YouTube’s privacy policy.Learn more Load video Always unblock YouTube …until I had to switch back to the freeway: I didn’t like walking in […] 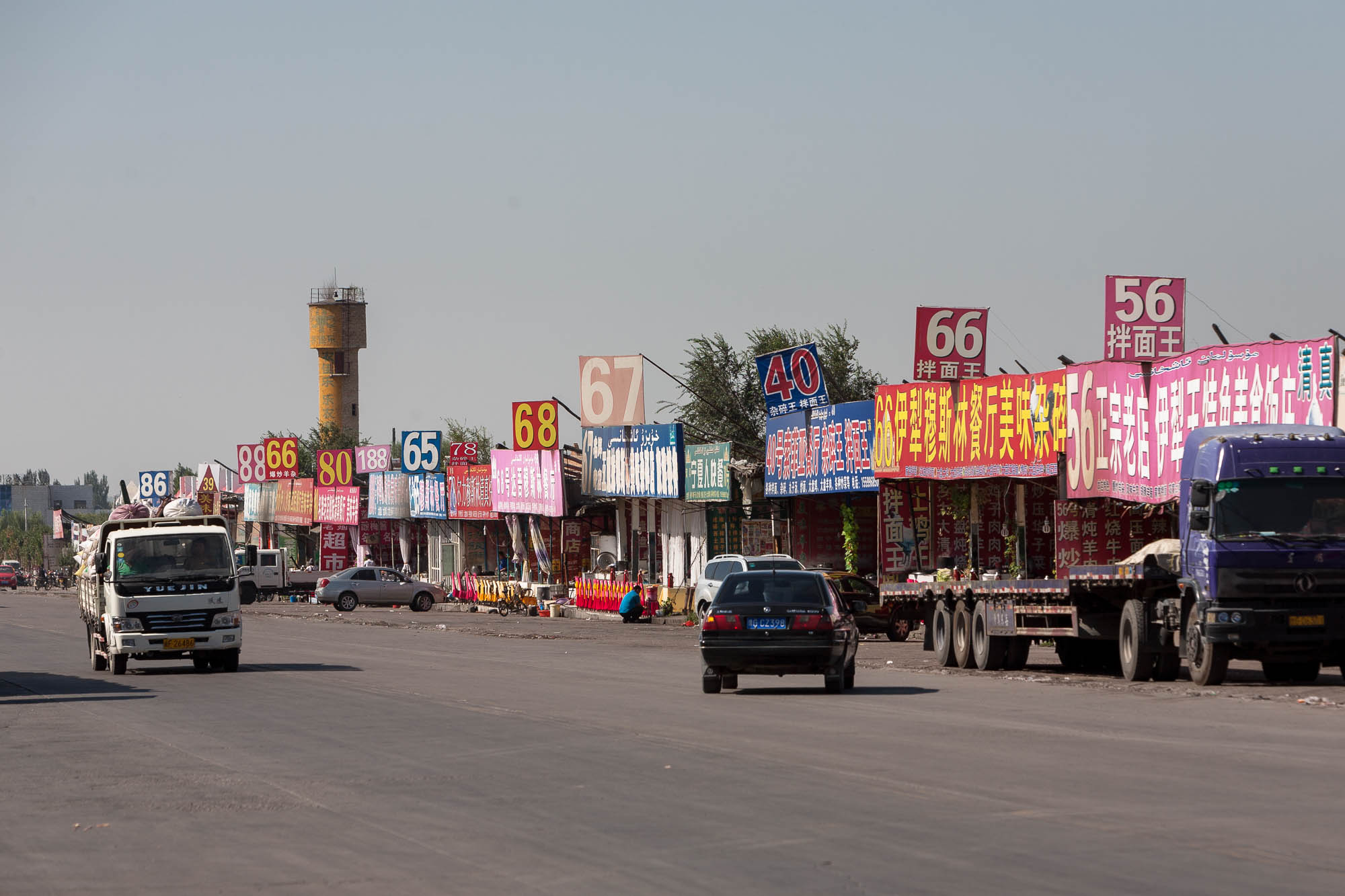 Sometimes we have to look a bit closer in order to find what we’ve been looking for: (Note that it says “hotel 旅社” in the window over the door.) I left the shop/hotel in the morning, even though the owners were urging me to stay. They knew walking wasn’t very easy for me, since I […] 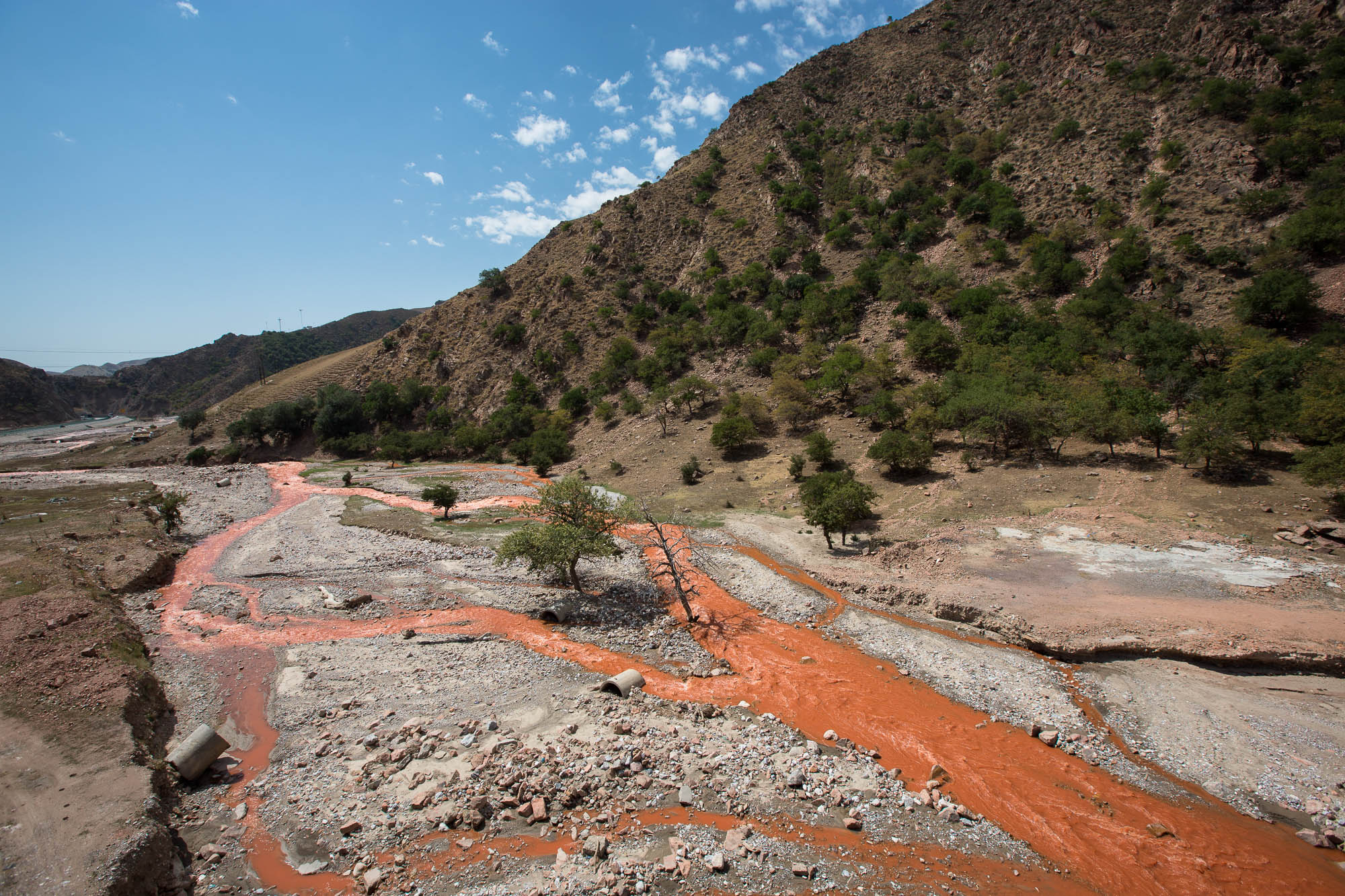 If you will, please take a look at the map above: see the knot in the long red line? … I said good-bye to Lake Sayram early in the morning, when only the birds and the dogs were awake: By loading the video, you agree to YouTube’s privacy policy.Learn more Load video Always unblock YouTube Then […] 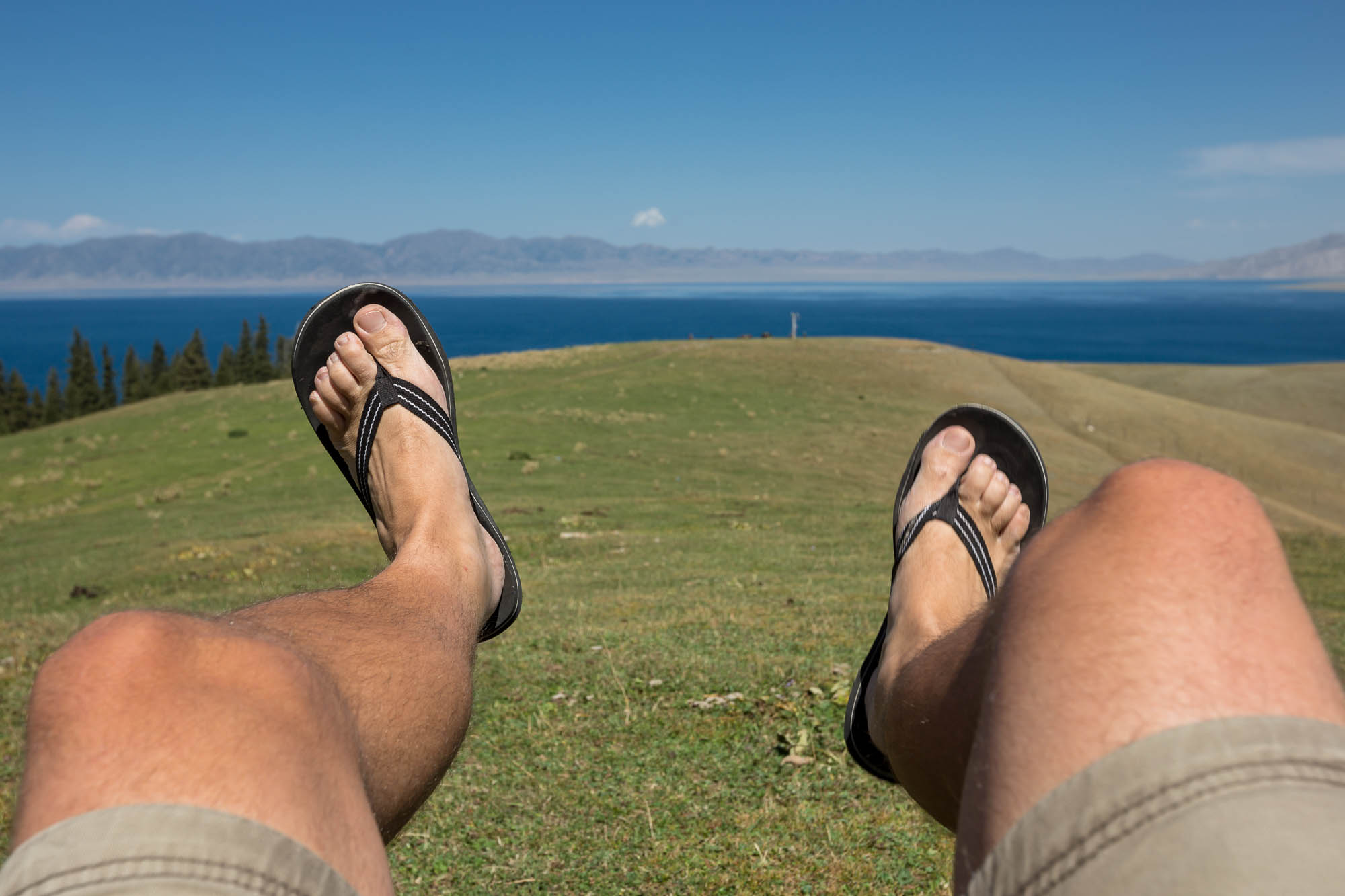 Today, the sky was blue again. I decided to wander around in the mountains, and I felt that the only way to do this properly was with baroque in my ear. So CPE Bach it was. I walked slowly: Sometimes what I saw reminded me of the Alps: And sometimes it reminded me of something […]

the rolling of the clouds 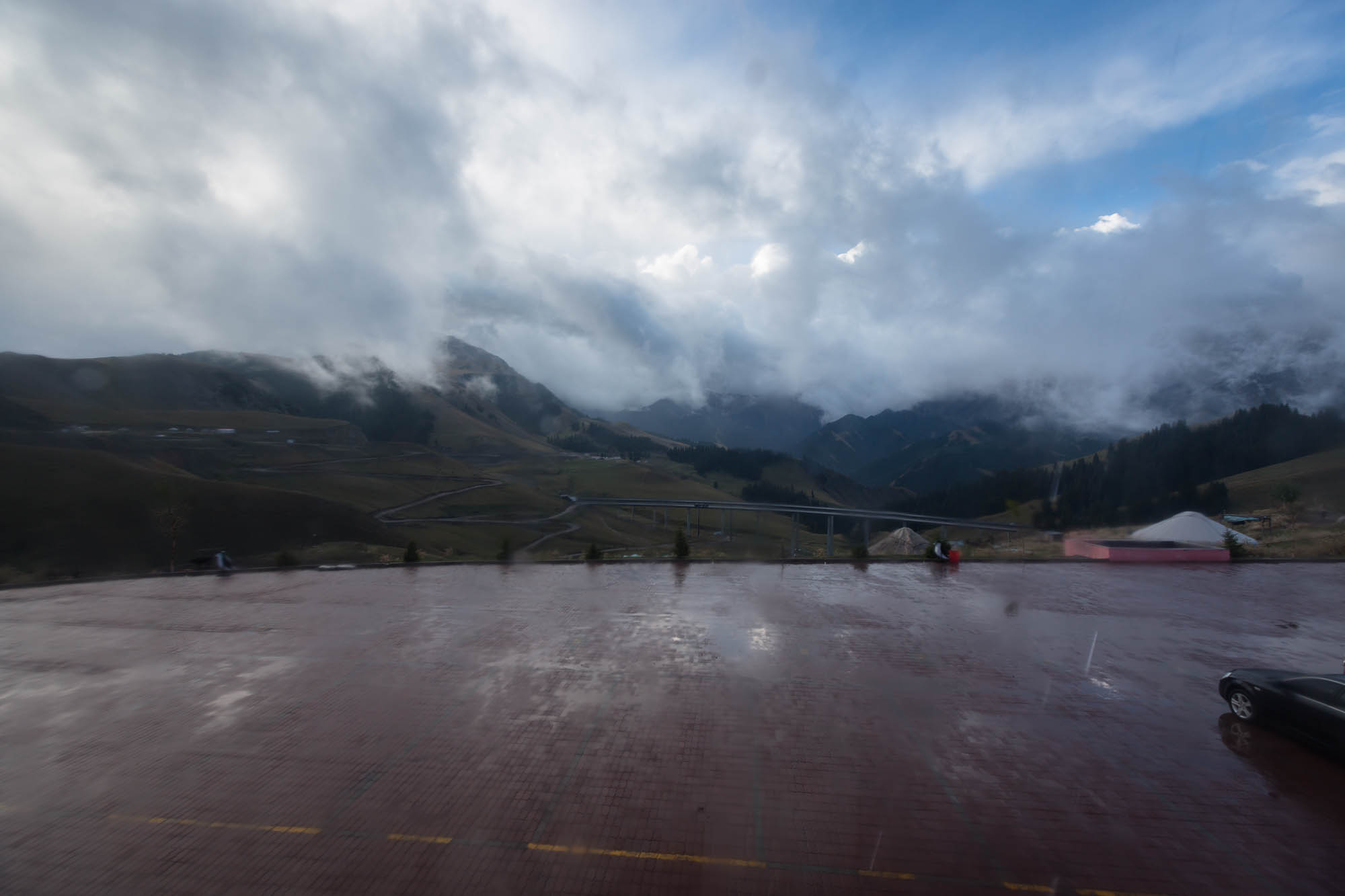 When I peaked outside my window, it was rainy: Heavy clouds came rolling over the mountains: By loading the video, you agree to YouTube’s privacy policy.Learn more Load video Always unblock YouTube I was glad I had chosen to stay in for the day. 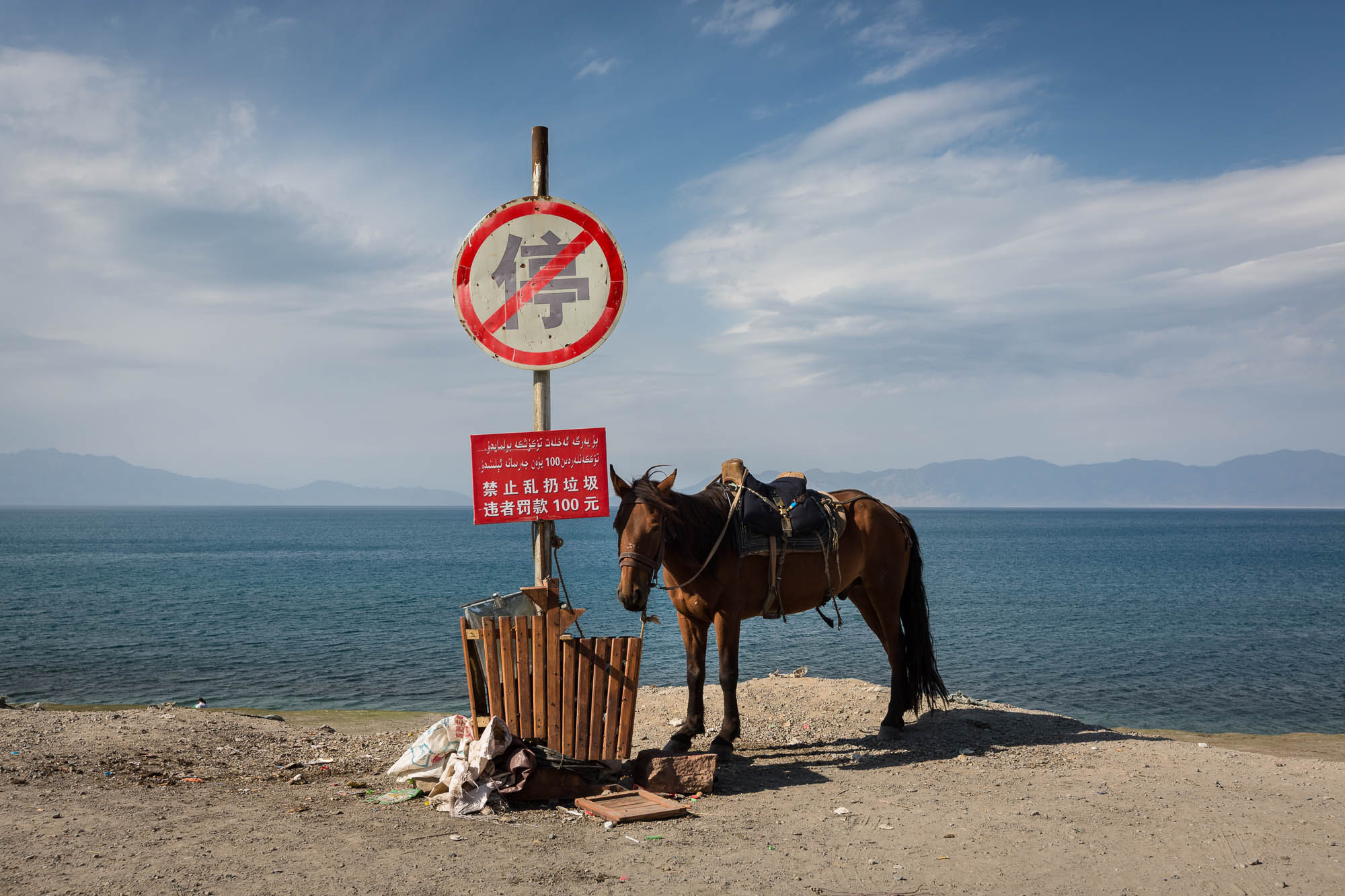 Said good-bye to the Mongols and to Whitey. Left the yurt. Started walking along the lake: Two truck drivers stopped and gave me tomatoes: Made a video of myself saying things: By loading the video, you agree to YouTube’s privacy policy.Learn more Load video Always unblock YouTube But most of this blabla wasn’t even the […] 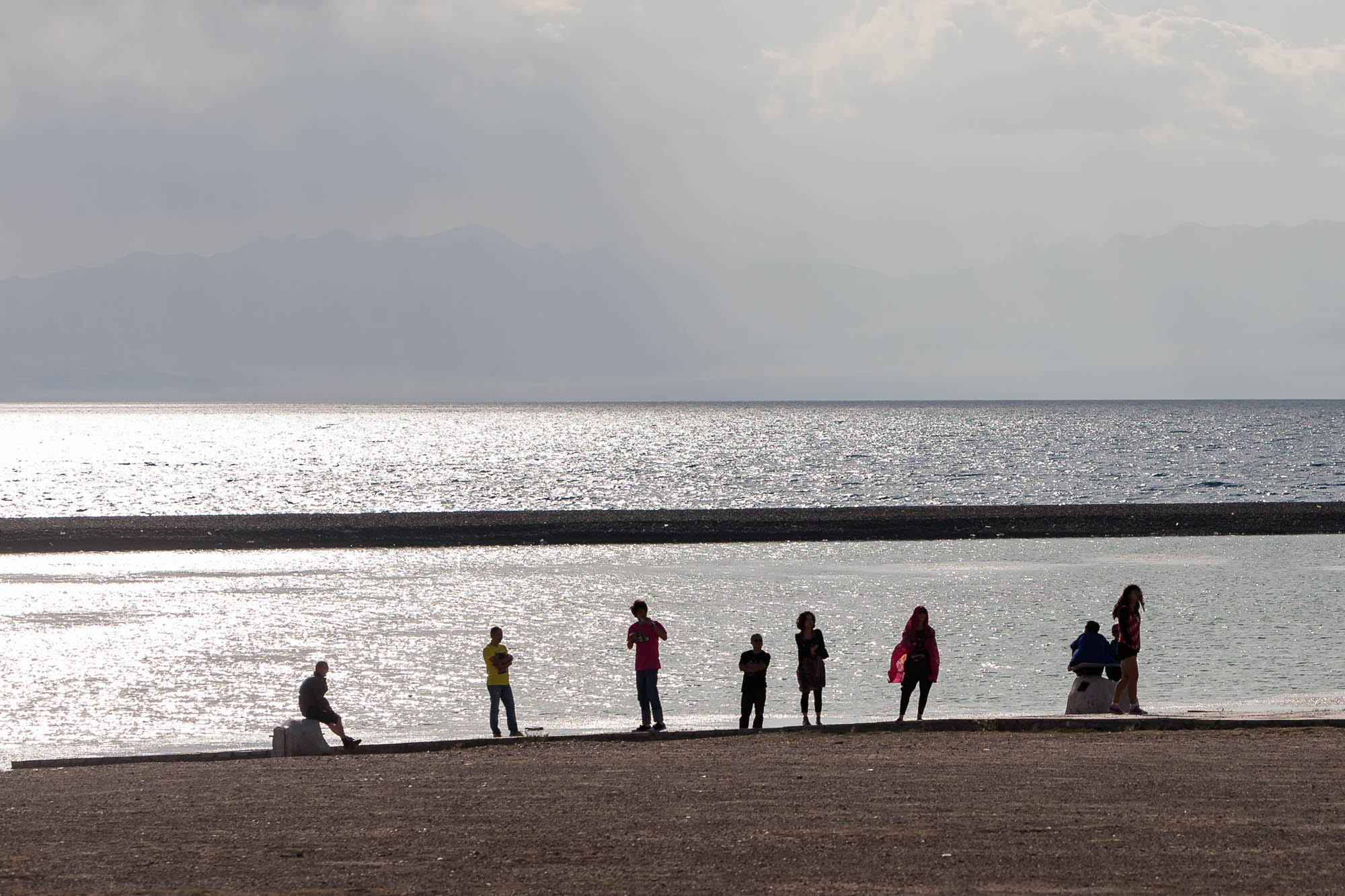 I was going to stay in my yurt all day: But there was the presence of that massive body of water nearby. The lake. So I stepped outside and left the yurt camp: I came to a gate in front of the lake, three dudes were there. They were selling tickets: 40RMB. I shrugged, paid […] 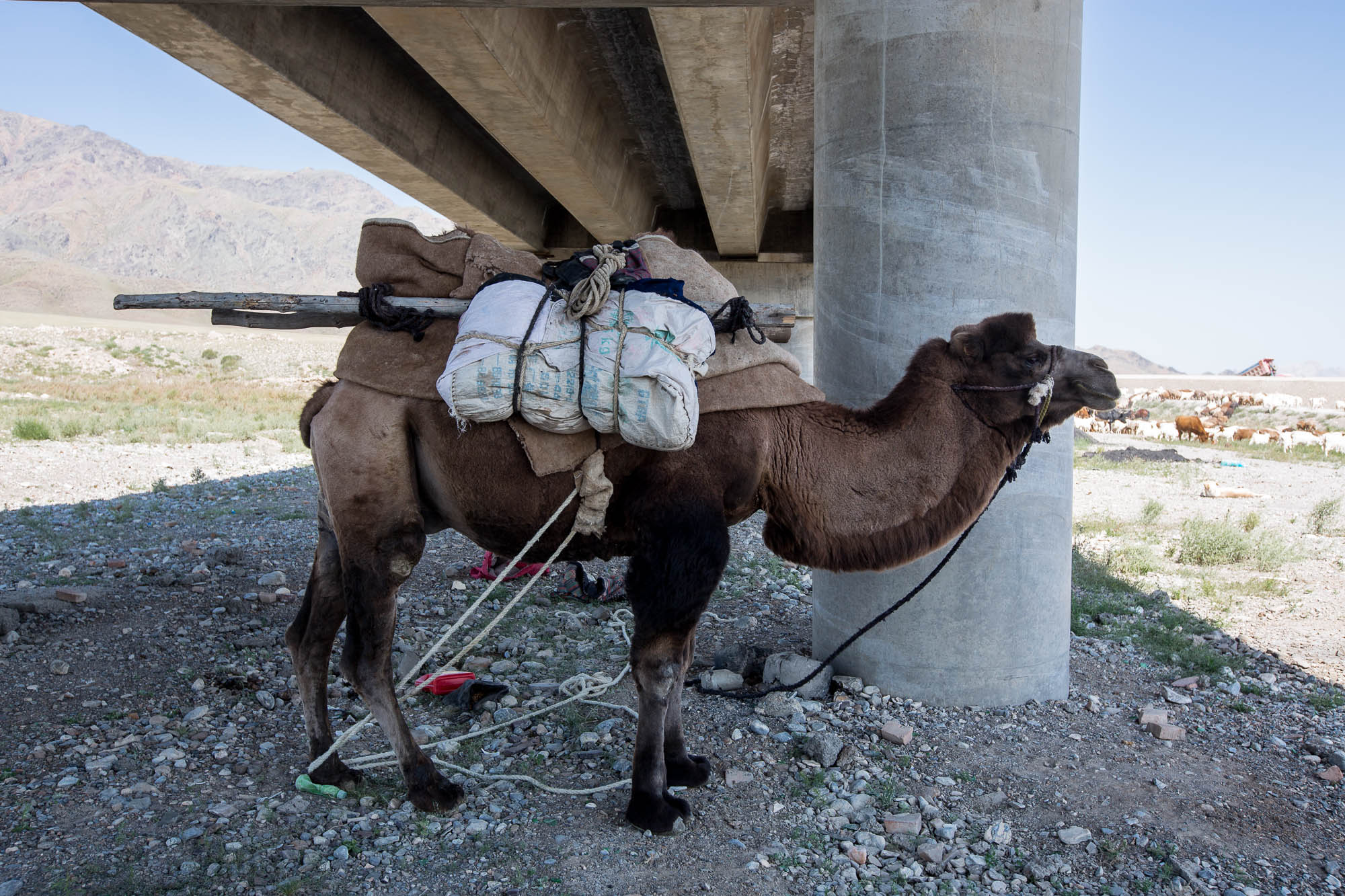 When I left Sitai, the people there had already told me that the way ahead was going to be much harder than the day before. I waved good-bye and got on my way: By loading the video, you agree to YouTube’s privacy policy.Learn more Load video Always unblock YouTube …ran into two Uyghurs: …climbed the […] 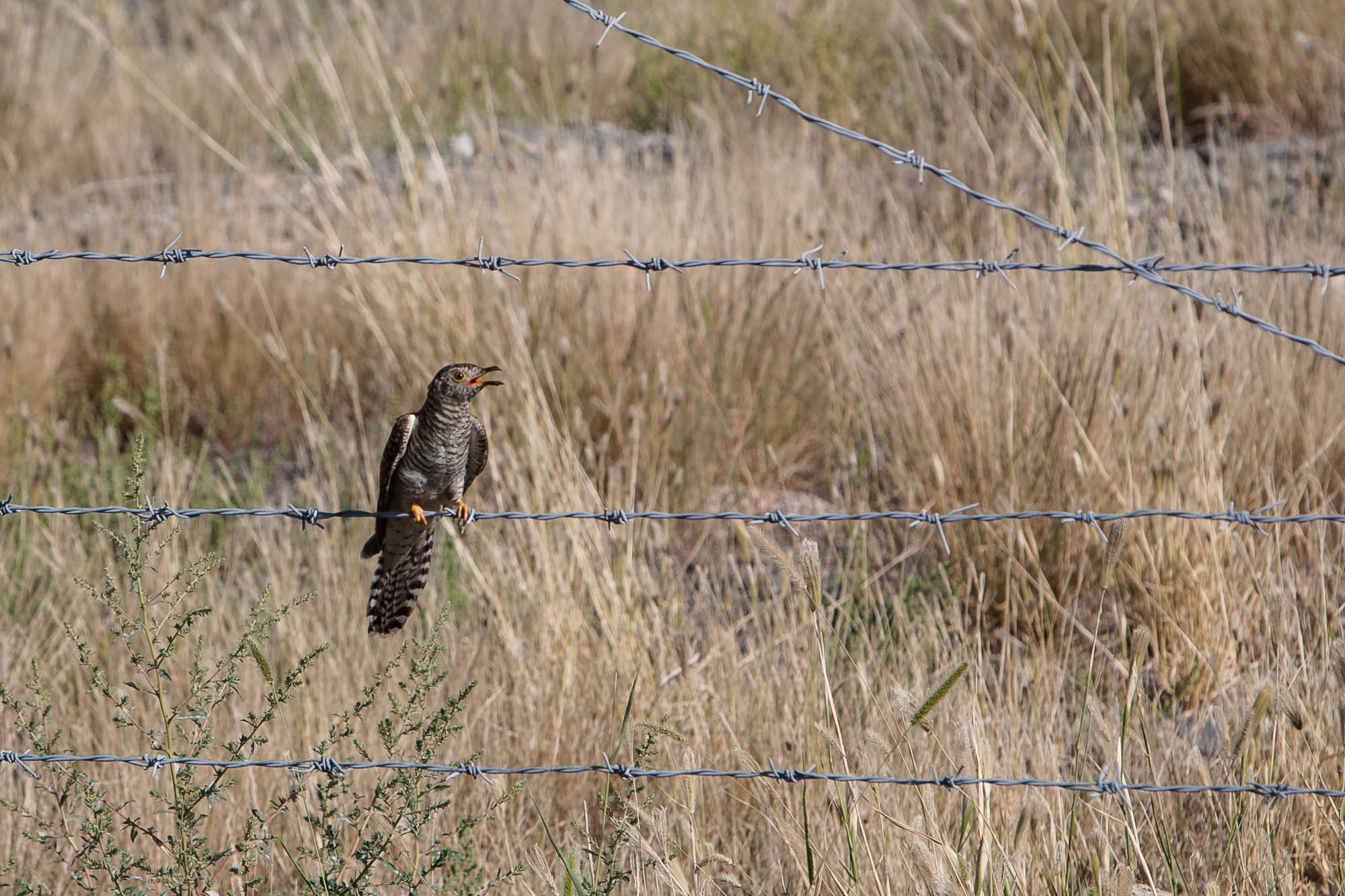 I woke up at night only to jot down some lines into my little notebook: By loading the video, you agree to YouTube’s privacy policy.Learn more Load video Always unblock YouTube When I left, the settlement was still asleep: The little shops and eating places lay quietly against the backdrop of the Gobi desert and […] 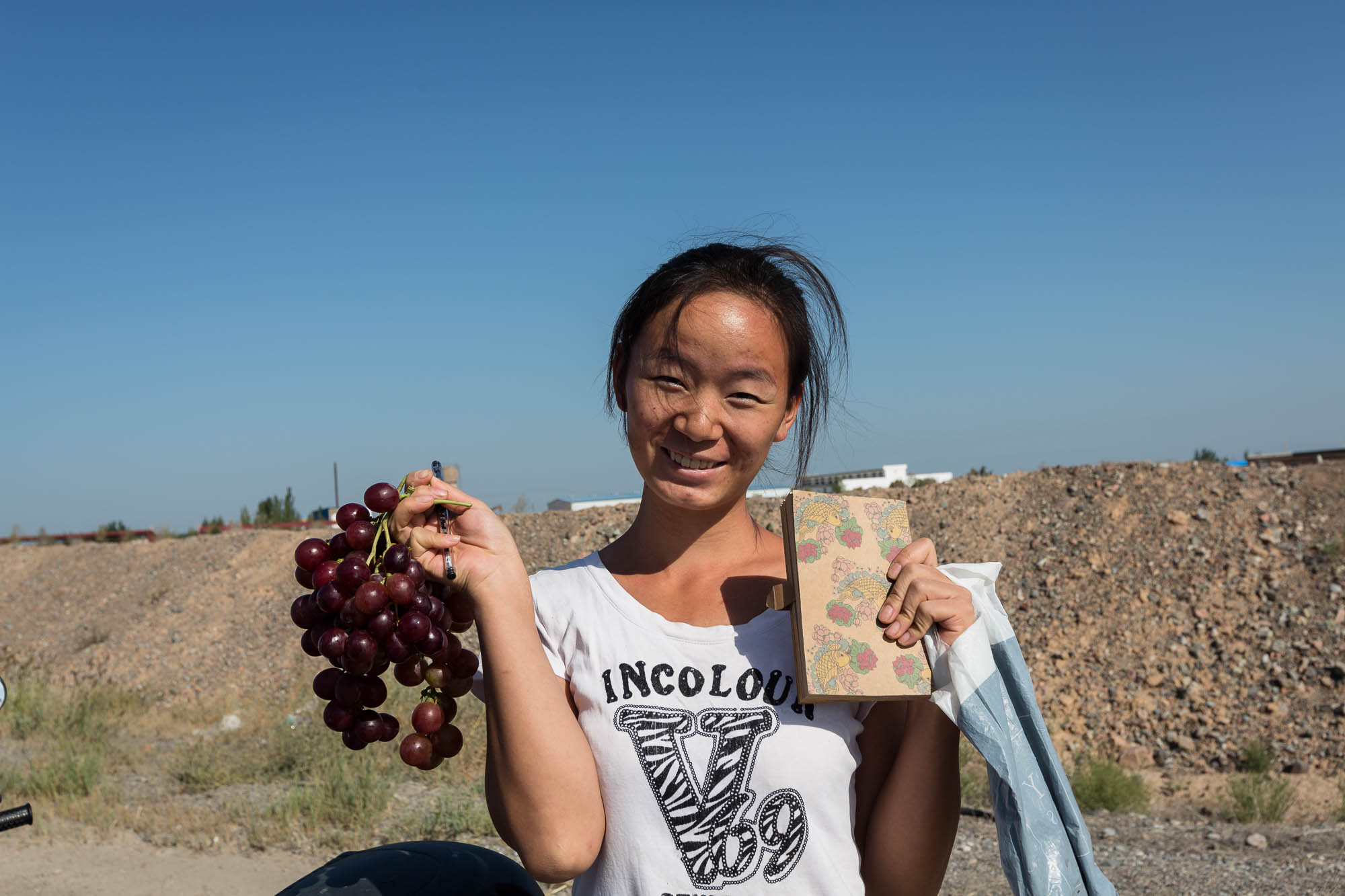 At about 9 in the morning, I was back on the map: I had a banana for breakfast, and I had it peeled from the top: Like a monkey! There was cotton everywhere: Then Xiao Huiru 肖慧如 showed up: She offered me grapes, and while we were talking and walking, I found out that she […] 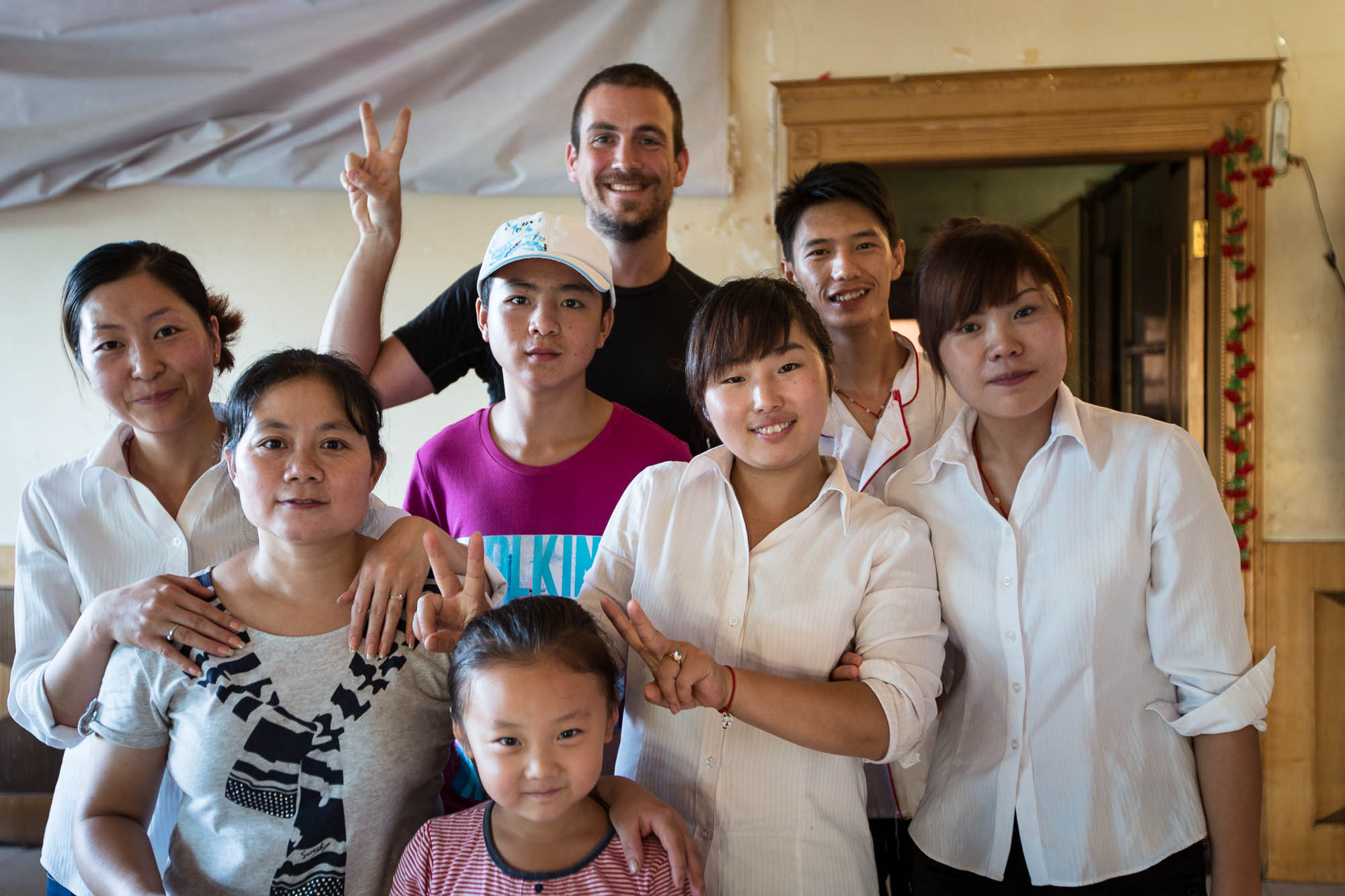 The way ahead was just too scary. So I stayed in and hung out with the people from the hotel: Took pictures in the kitchen… …and more pictures: Then I went to yet another food place… …and had some rice noodles: Took pictures with little kids: …and more little kids: One of them was going […] 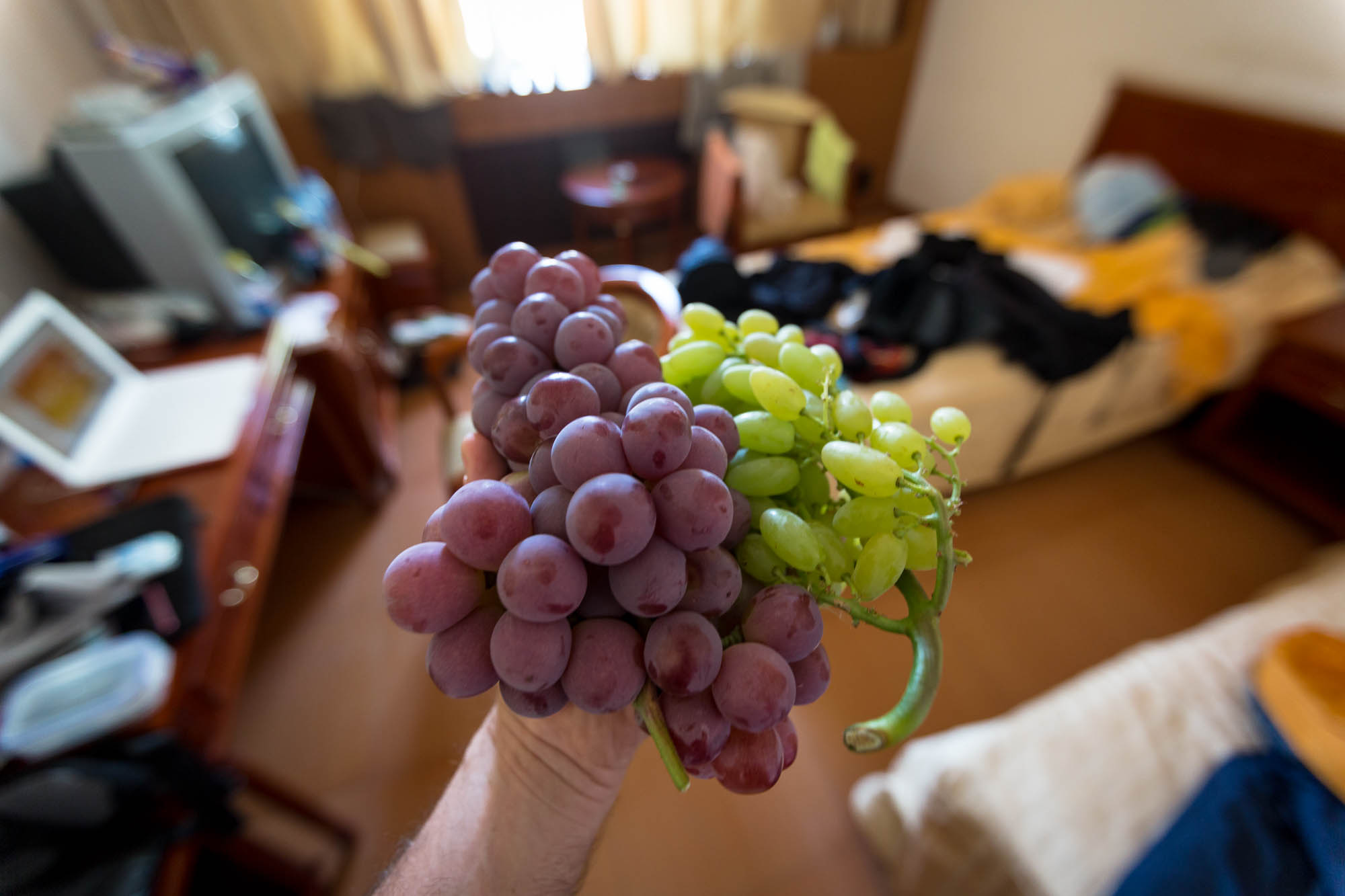 A knock on the door breaks my laziness. Someone is standing there, offering me a big handful of grapes. Hm… grapes. 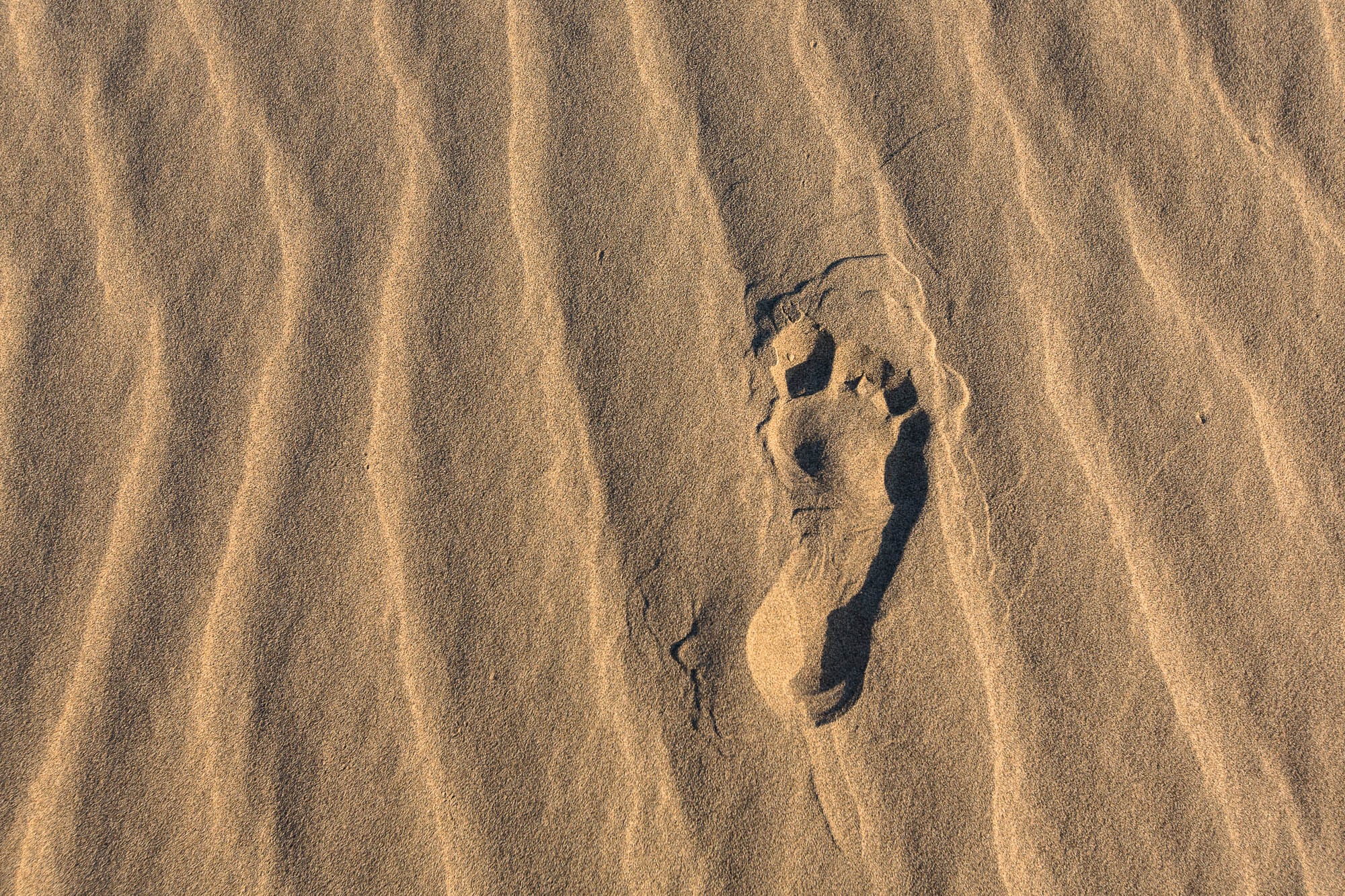 I didn’t leave. I walked around the village until I found some old structures: …and the desert park behind them: It wasn’t a very big desert. In fact, it was tiny as hell: I took my shoes off and wandered around in the dunes: By loading the video, you agree to YouTube’s privacy policy.Learn more […] 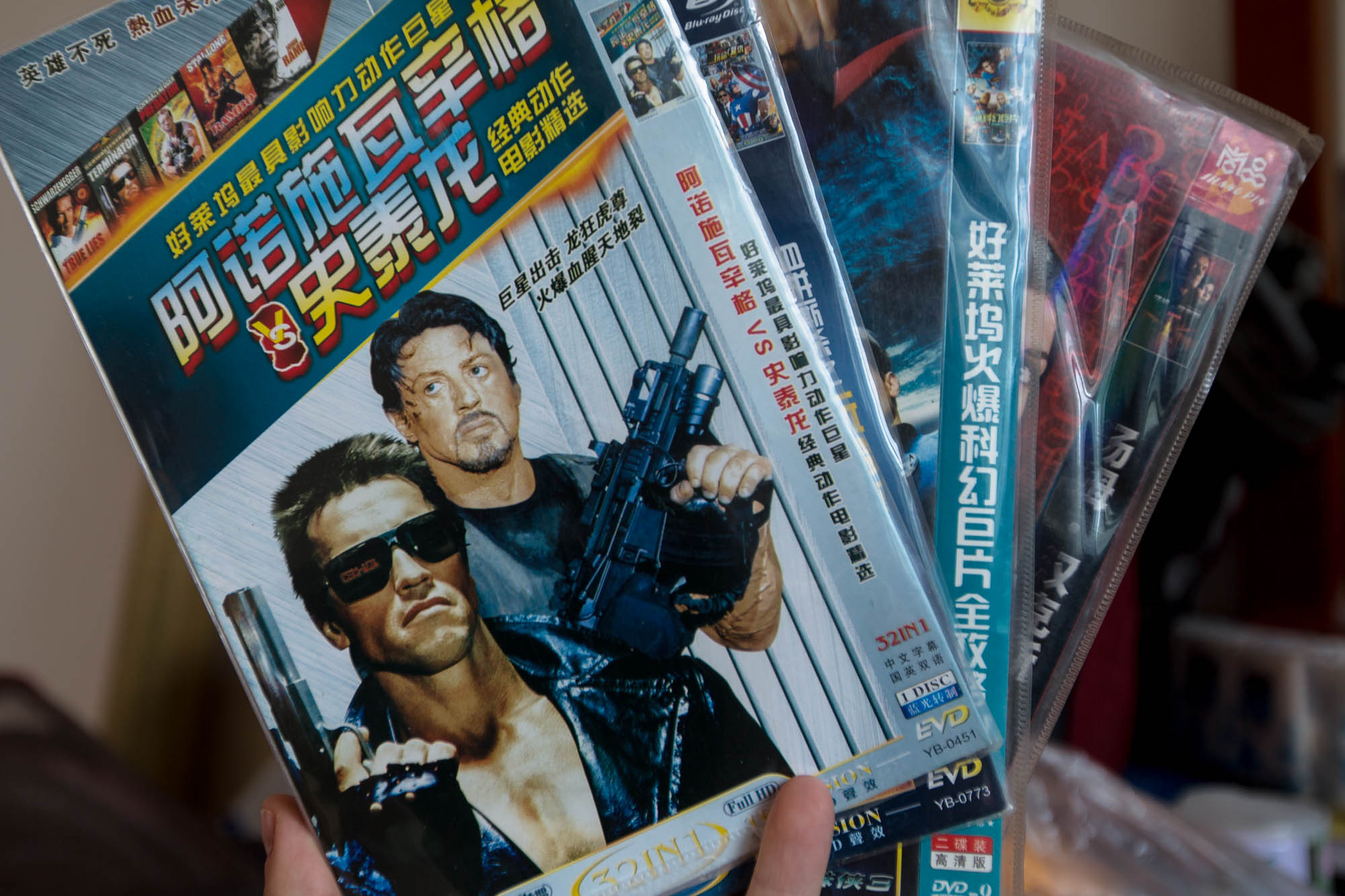 My first day of rest was good. I did some laundry: All the while I kept hearing these noises outside, so when I was done washing my dirty clothes I decided to follow the long trail of melon seeds outside in the hallway: It was a celebration for local kids who had recently been accepted […] 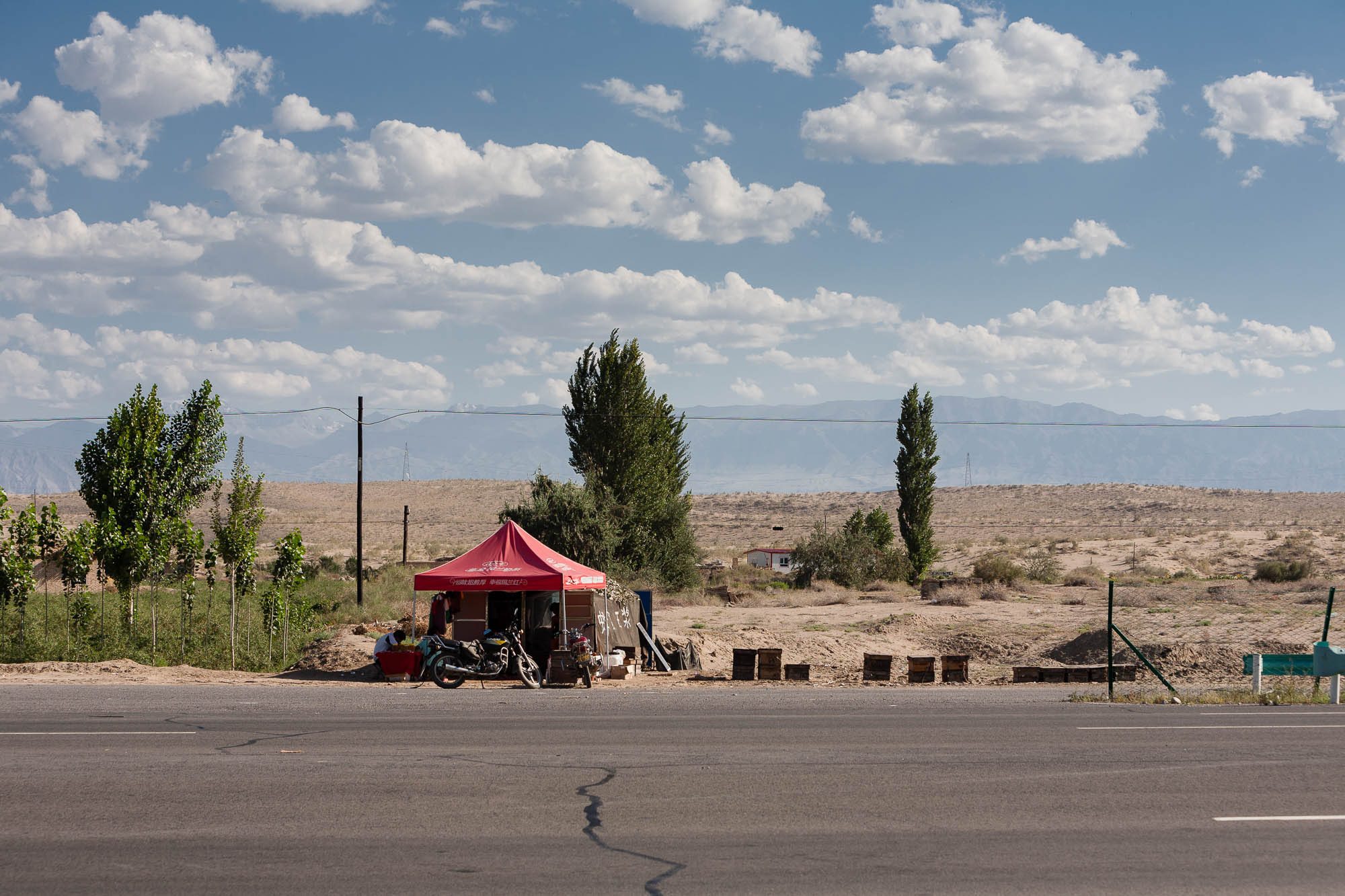 A perfect night: quiet, peaceful, relaxing. I woke up to a breakfast of cantaloup melon and a dish of noodles. Then the owner’s little nephew and I took a bunch of action photos: Mainly he posed, and I took the pictures: The sky was blue, there was laughter in the air. I was happy. Then […]

a friend coming in from afar… 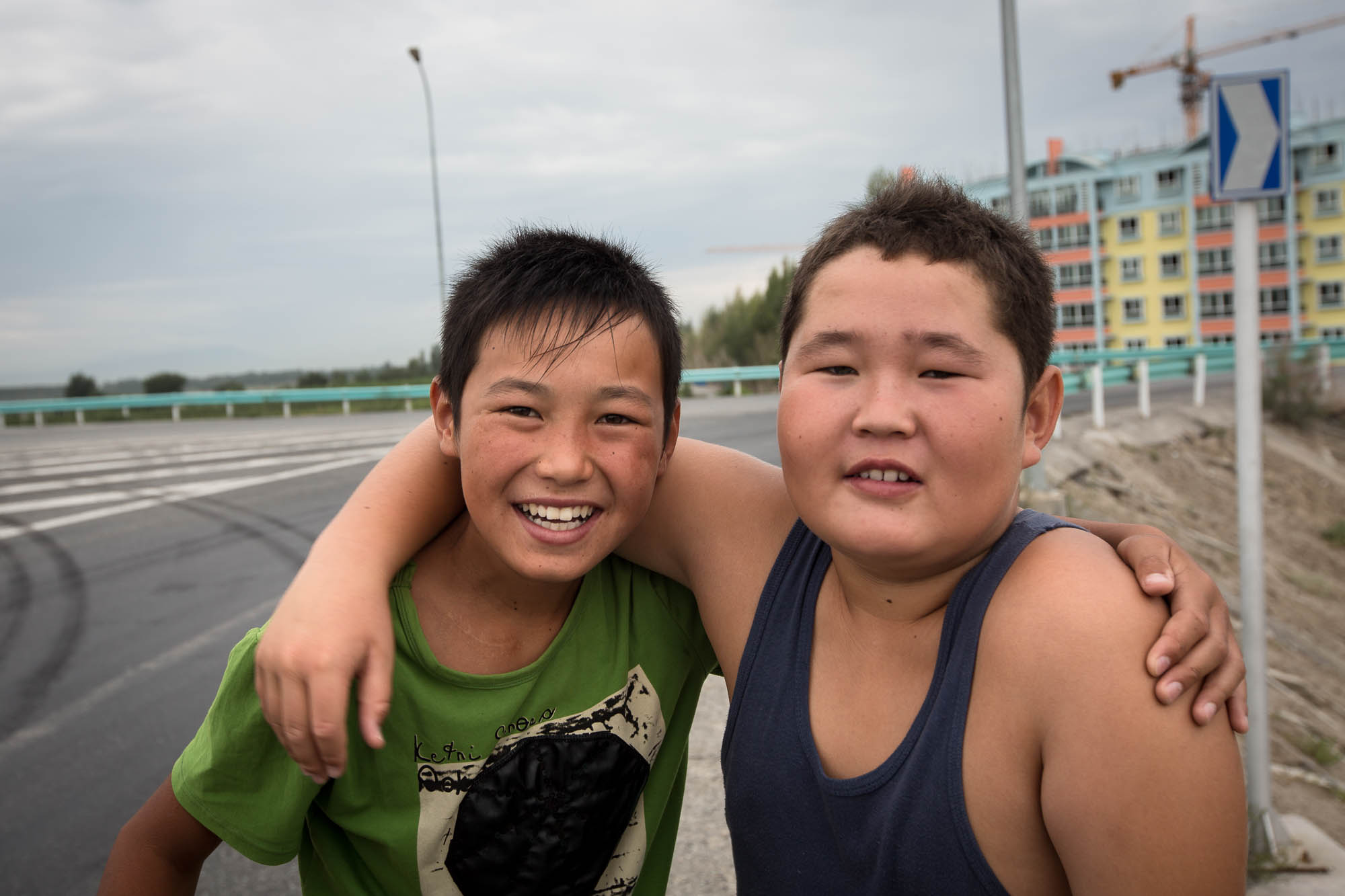 When I woke up, even the bugs were still asleep: I passed a structure that somehow resembled the Great Wall: Then I was on the long, straight road to the city of Jinghe: There were green fields left and right, and I was happy: Jinghe is a rather large settlement with a capita of 120.000. […] 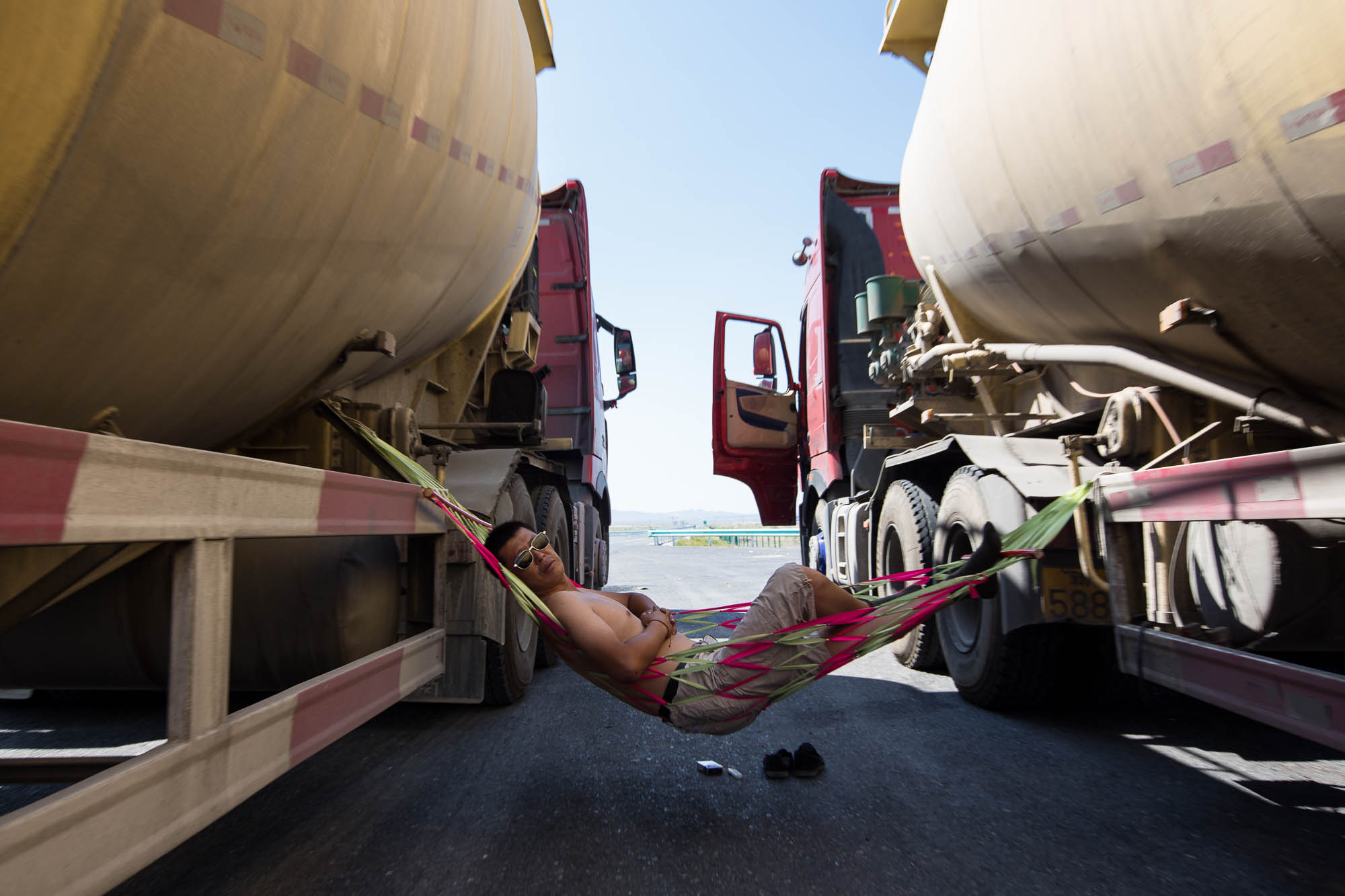 I eventually had to leave the little village: Ran into two bikers on the way: They were going home to their native town of Jinghe, a rather big settlement about 65 kilometers from here. I was very much looking forward to that place – clean sheets, Internet, food en masse… But before that, there was […]