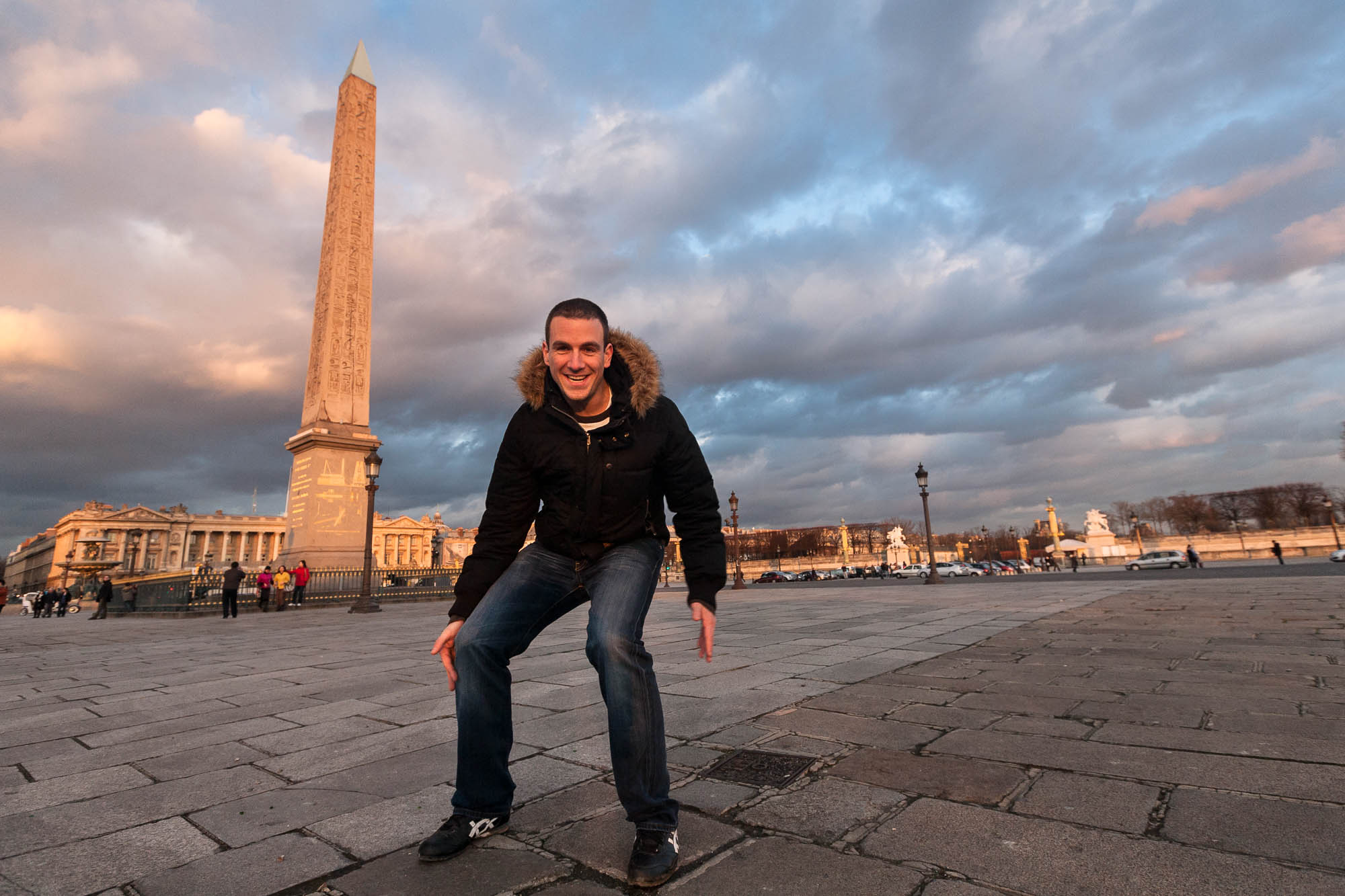 Hey everyone, it’s been an exciting few days: my TLW-video has been getting more and more views – and we’re up to 100.000 already! Feels good after all the work I put in, I can tell you that. For those of you who might be wondering what the hell I look like now, here’s a […] 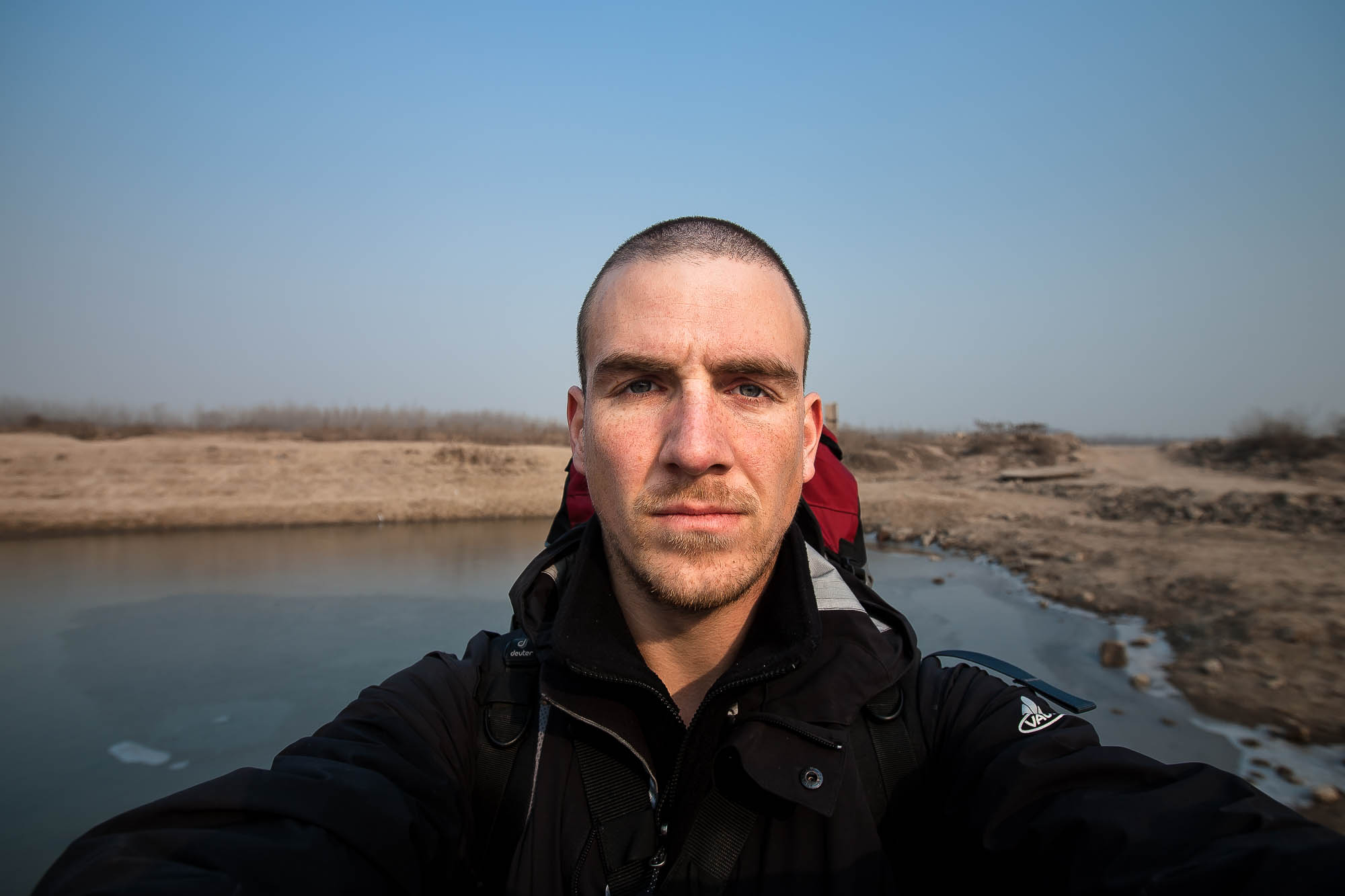 Hello everyone! I am more than happy to present to you the absolute final version of the TLW-video: By loading the video, you agree to YouTube’s privacy policy.Learn more Load video Always unblock YouTube This one is going to be my last post for now, and it’s my way of saying THANKS to all of […]

Posted on November 13, 2008 by Christoph Rehage 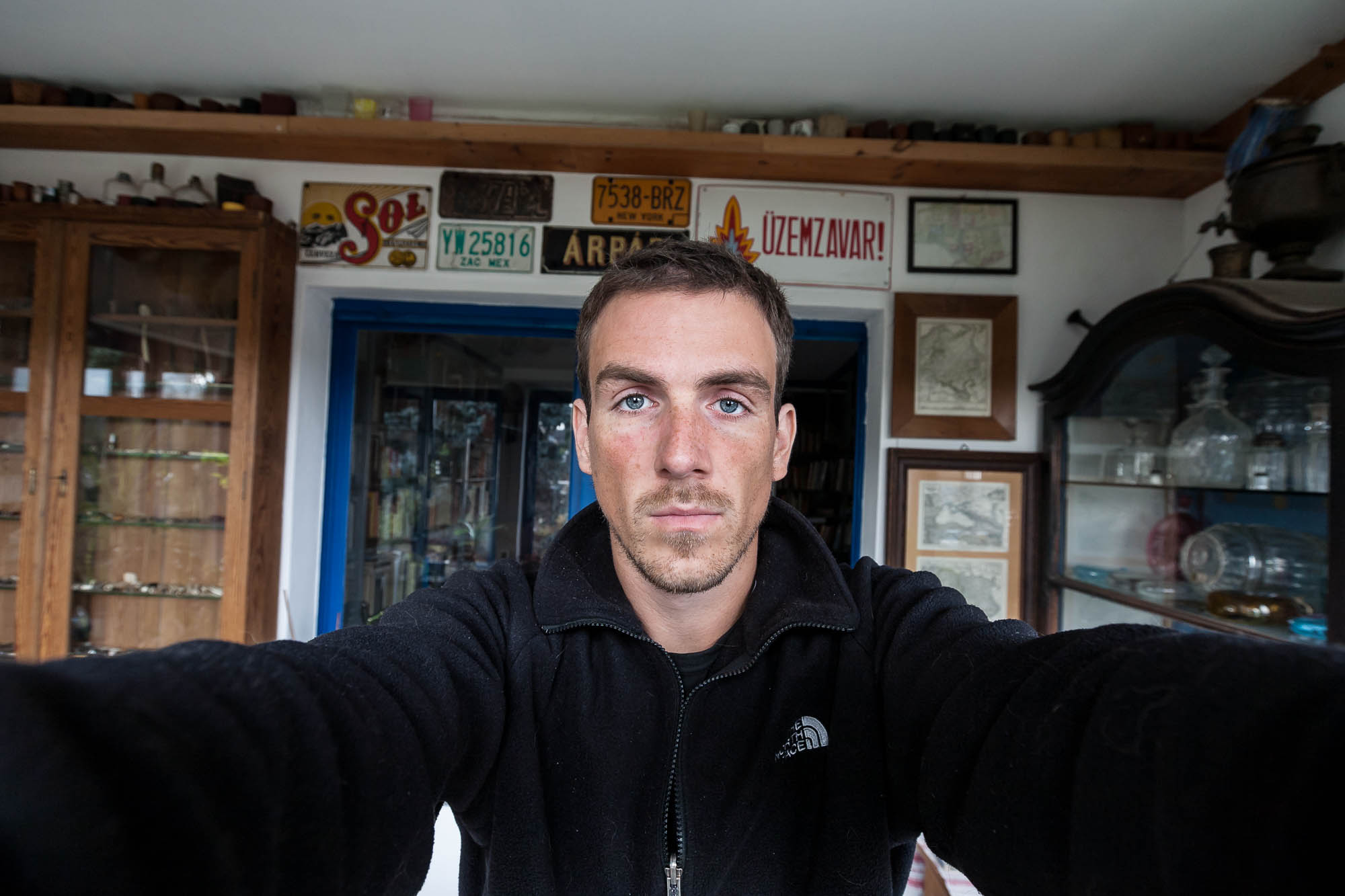 I decided to stay with my great-uncle for a while. Took a train there: (If you look closely, you can see the reflection of my new white shoes in the window.) When I arrived, I was greeted with open arms. I slept a lot and ate little. One day, my great-uncle gave me an old […] 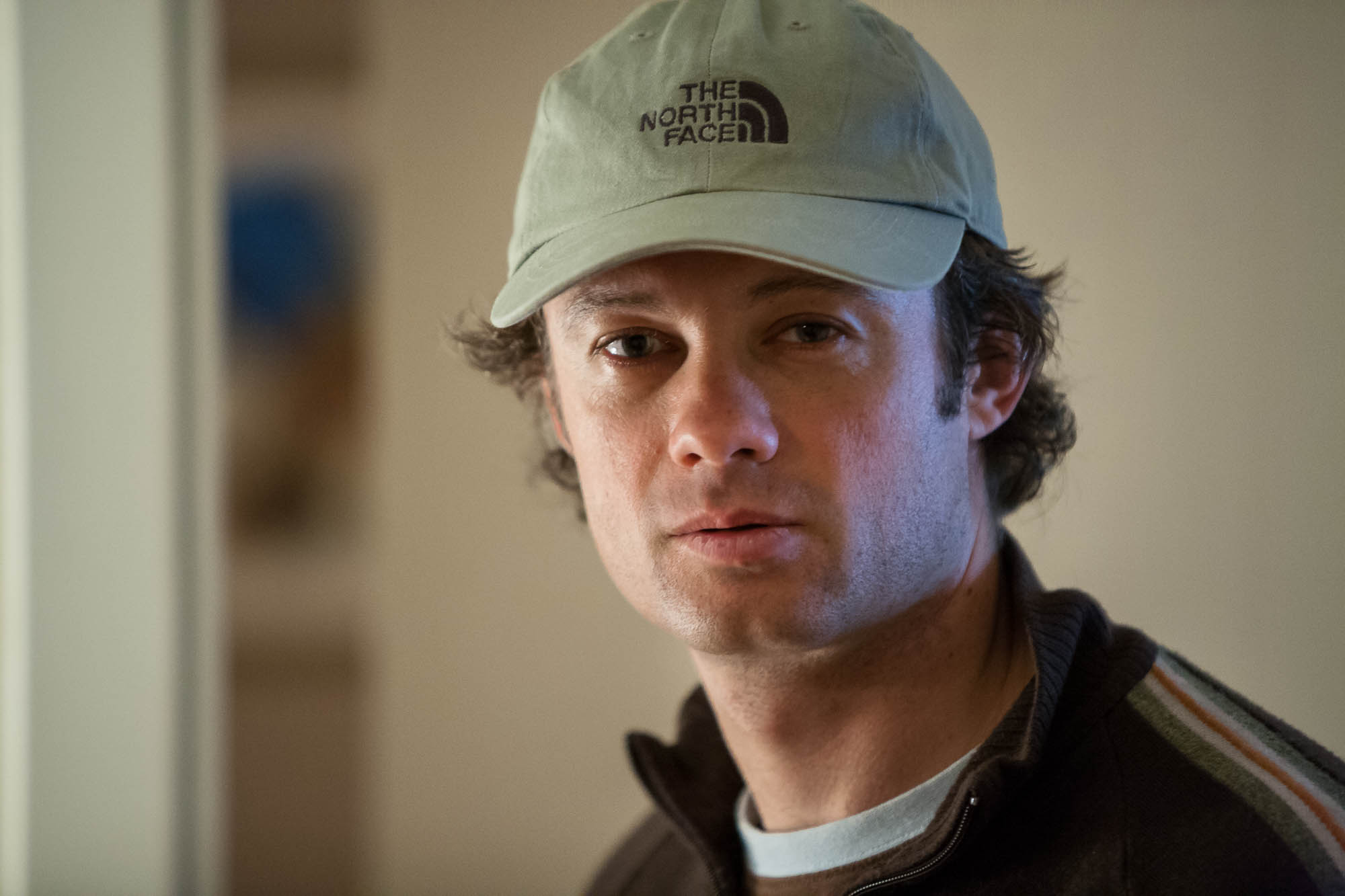 I stayed in Beijing for one night. My friend Julian took me in: He listened to what I had to say, and when I was done, he looked at me with a faint expression of bewilderment and wished me good luck. Then I got on my plane. 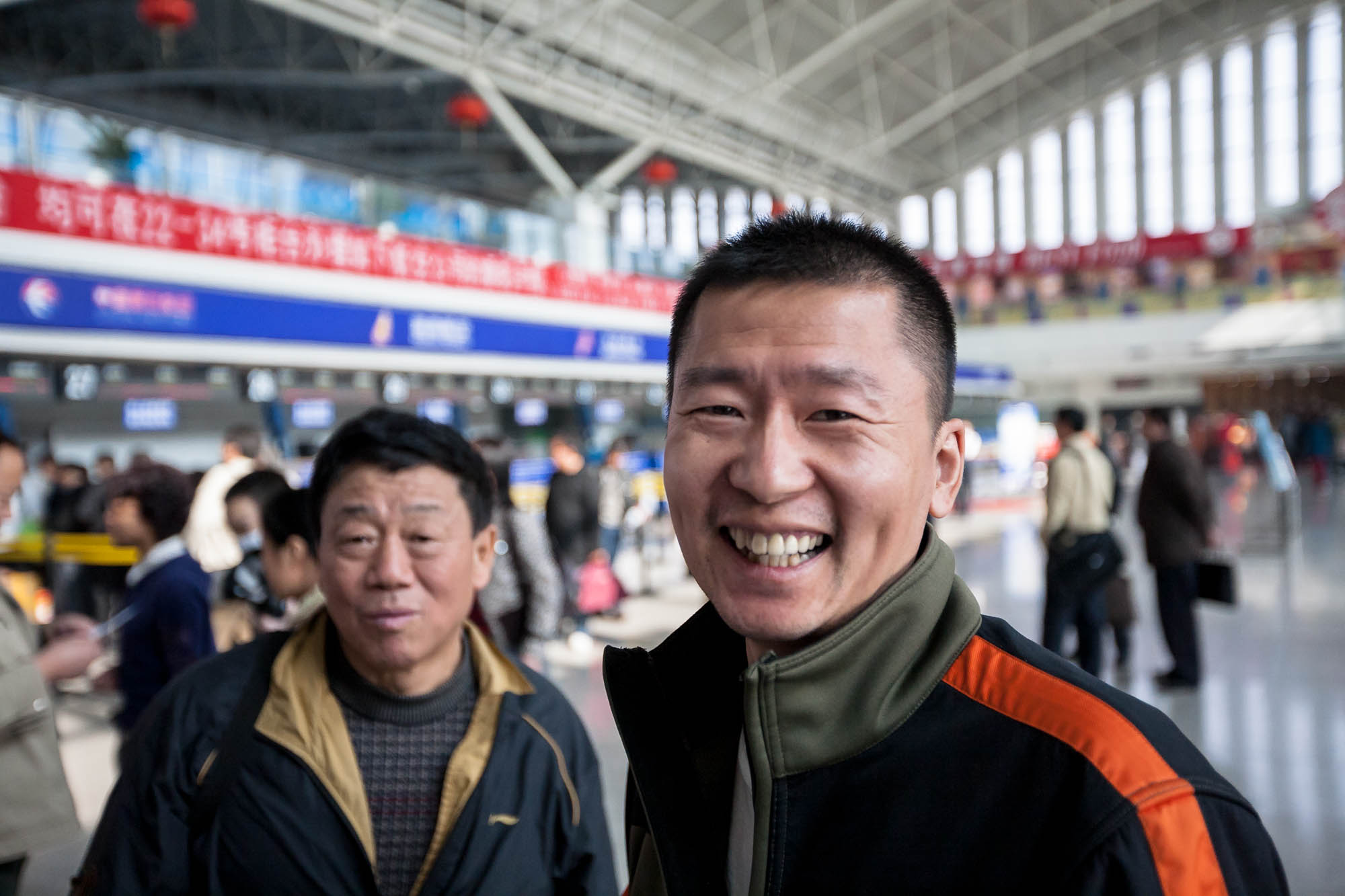 Uncle Shen and Zhu Hui (poor dogs and lucky dogs) were there. They both tried to cheer me up a little. Of course it didn’t really work, though. And then, when I had finally made up my mind, they took me to the airport and said good-bye: I was going to fly back to Beijing. […] 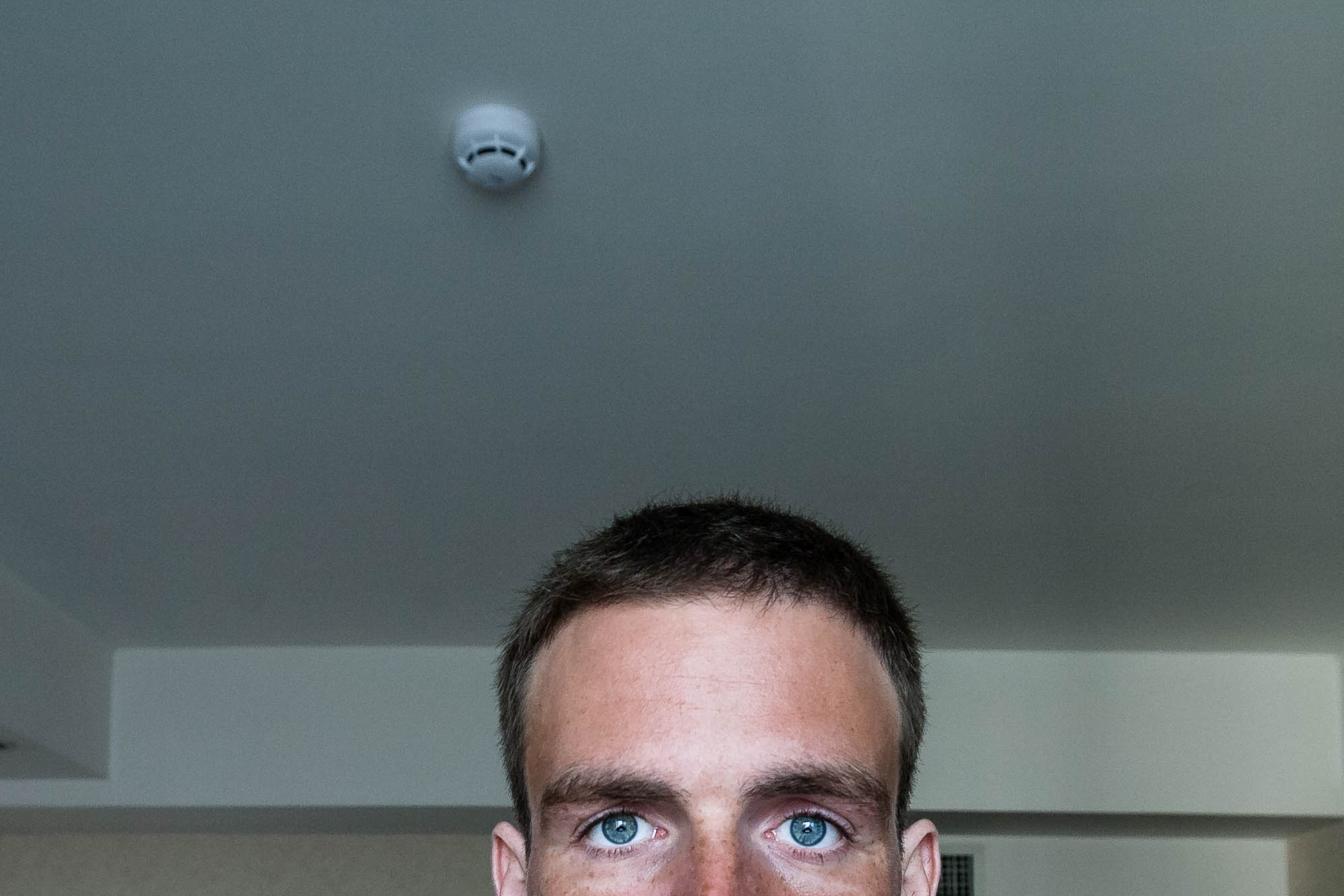 I used to believe that I would be able to figure some things out during this walk… …but now I’m not so sure anymore. 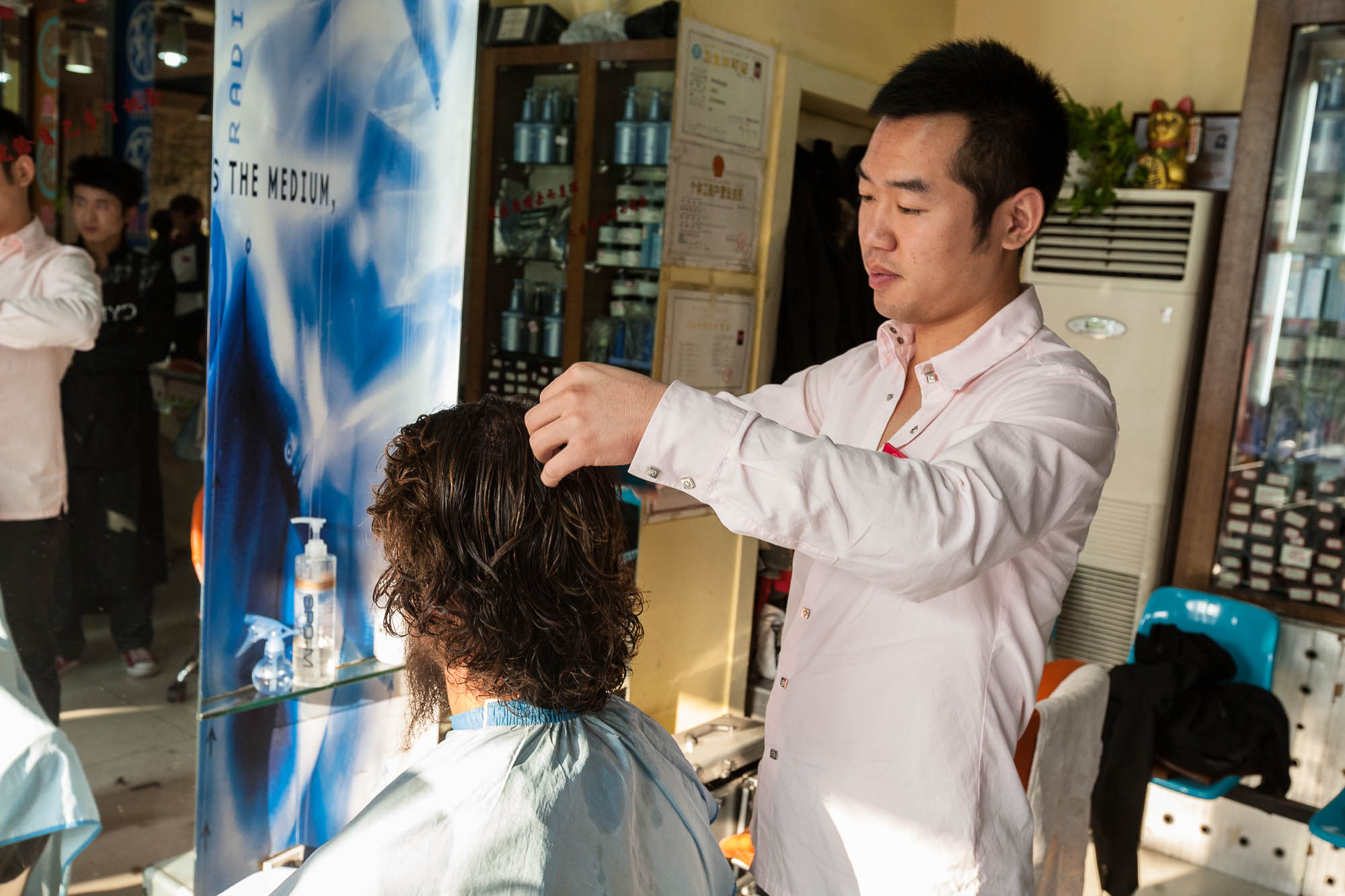 Uncle Shen took me to the hair salon today: I was too weak to put up any resistance. 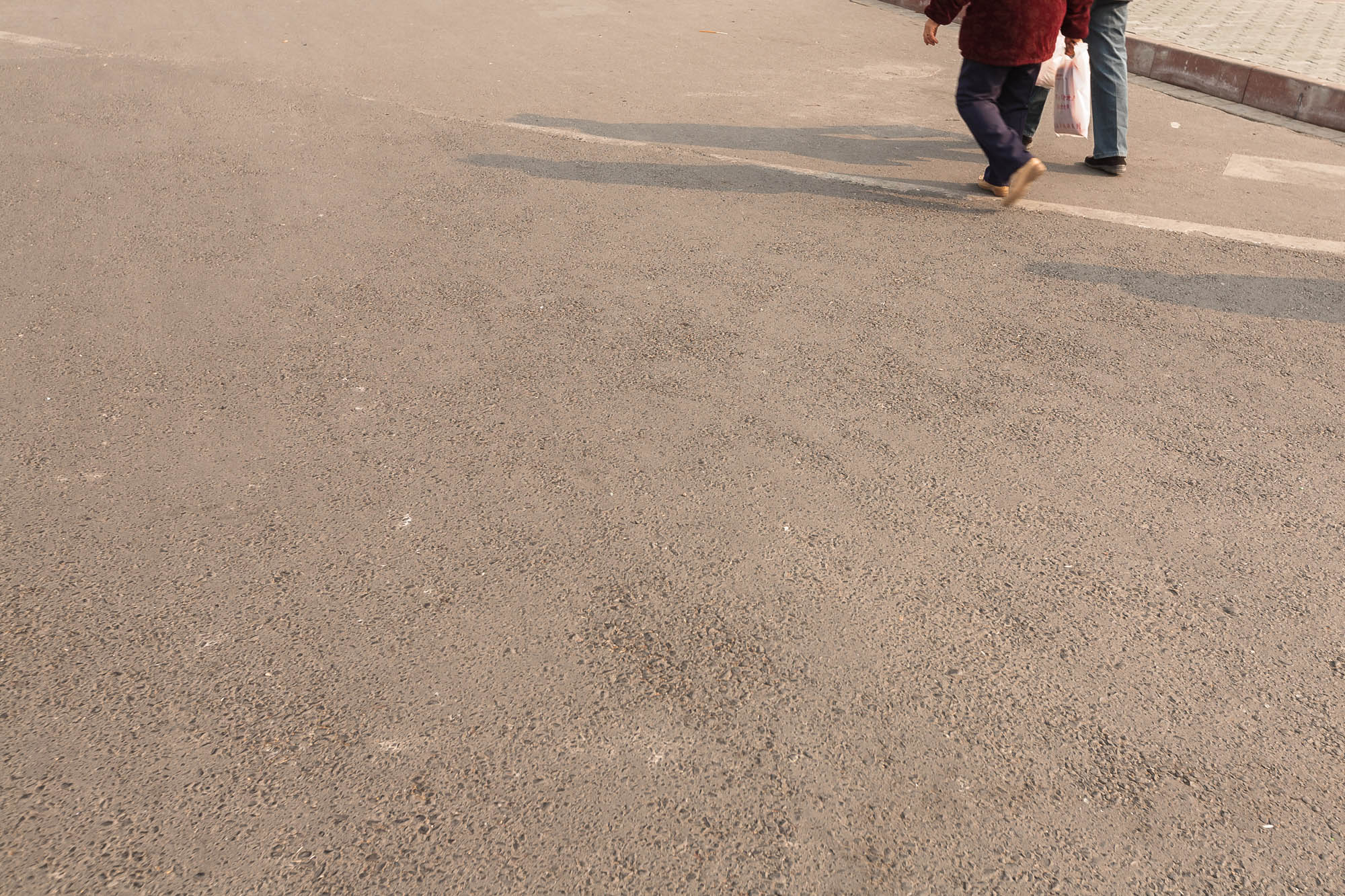 My dear readers, my dear friends. This is going to be the last one: 11,9km. For now. — My friend Uncle Shen (fire in the hole) is here, taking good care of me. He guided me through the city to find a good place to stay. All I had to do was keep walking, and […] 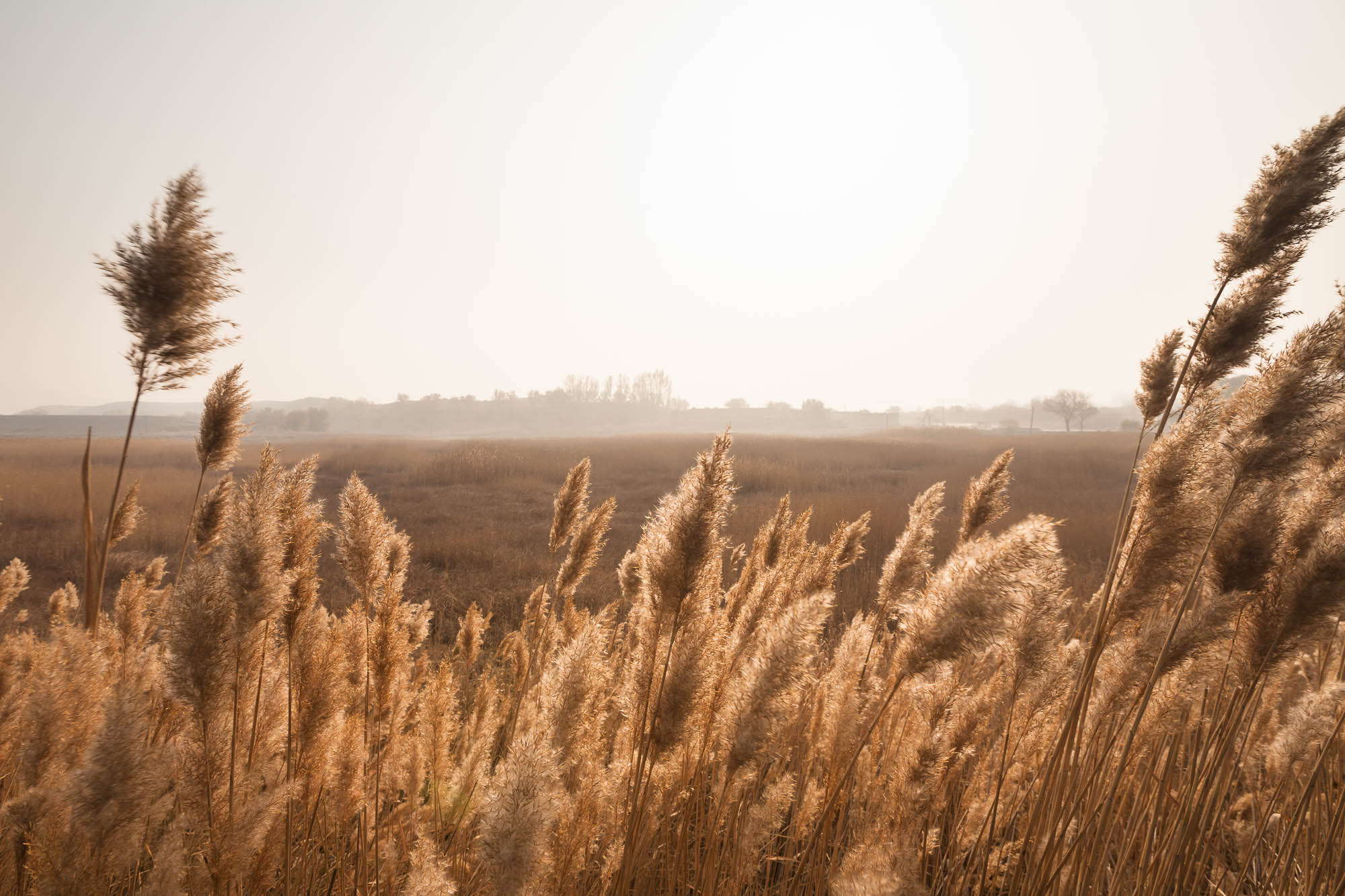 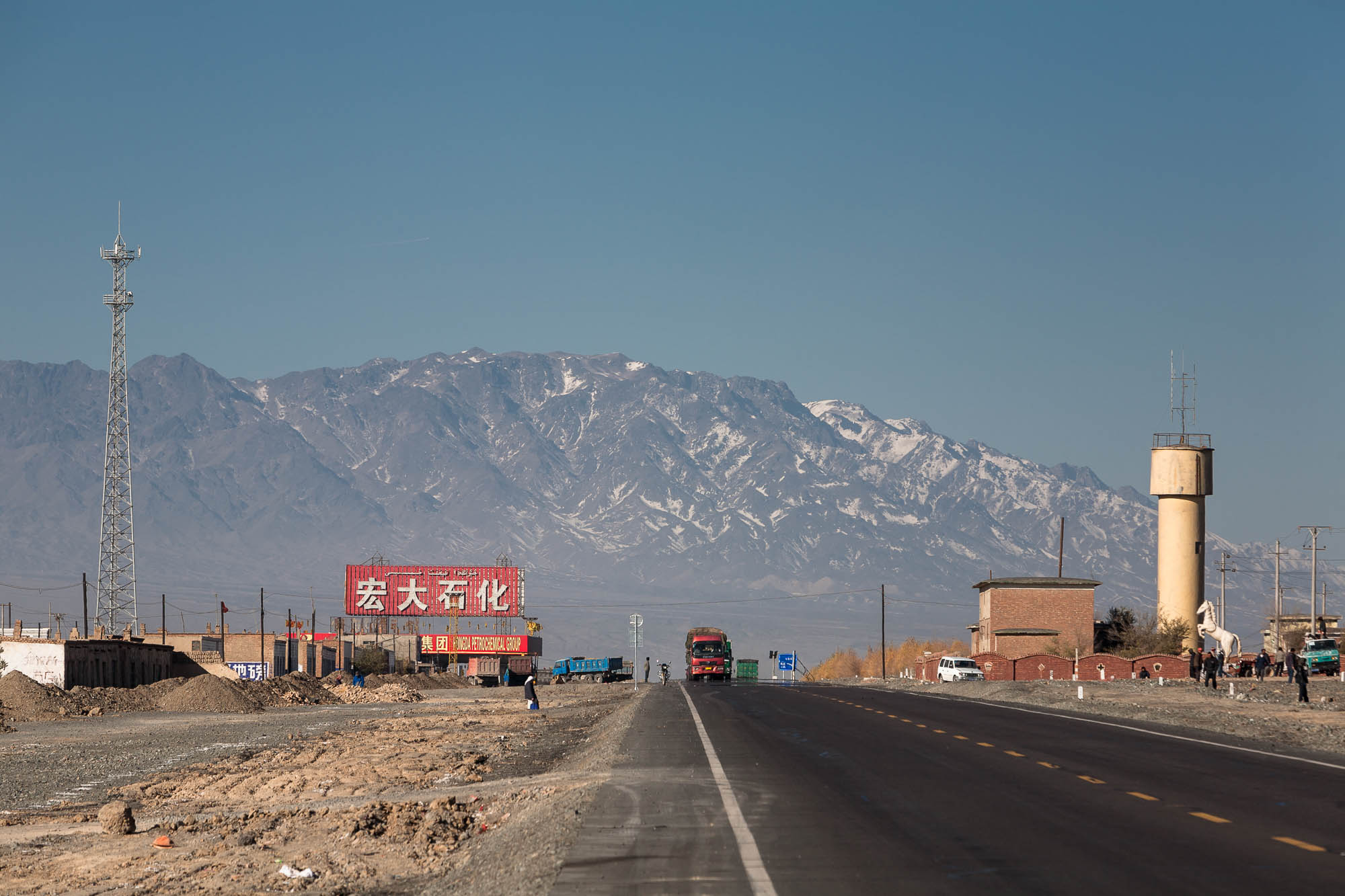 days to quietly walk and think 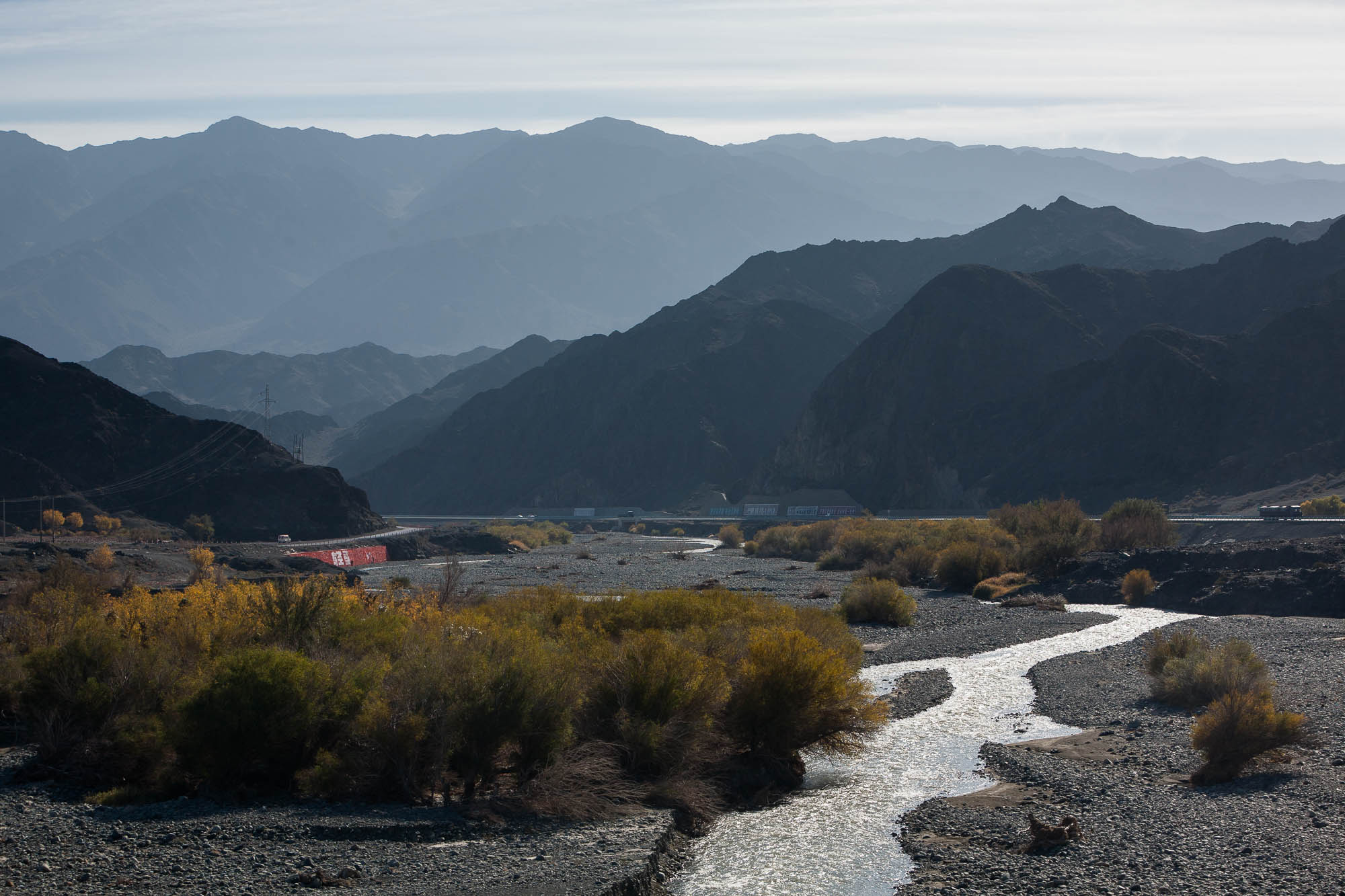 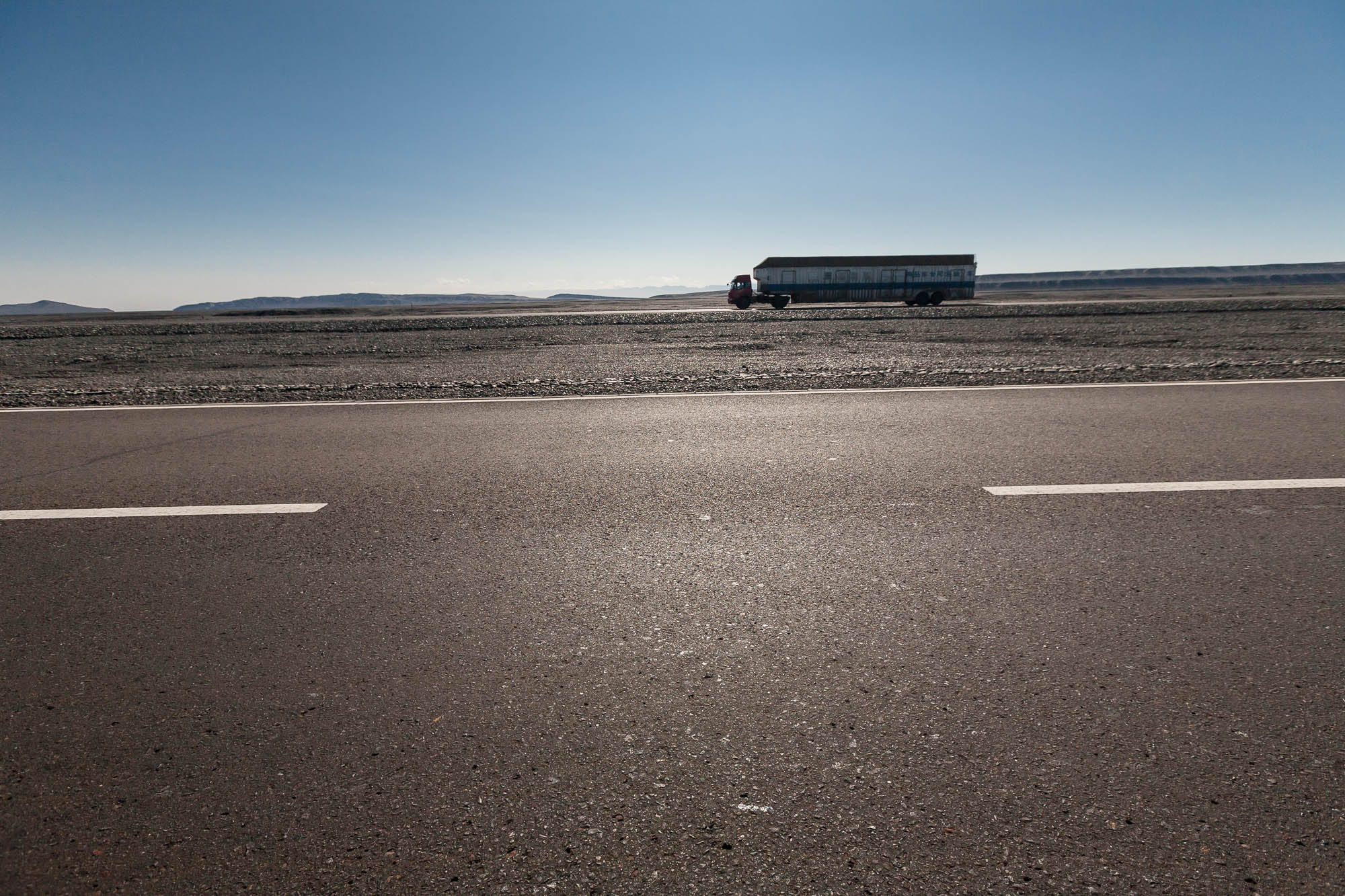 Last night I had prayed and asked Him to please take His mighty winds out of this valley. Otherwise, there would be no way for me to get through here. And I had to get through. Today it seemed like my prayers had been answered: Okay, every once in a while He would play a […] 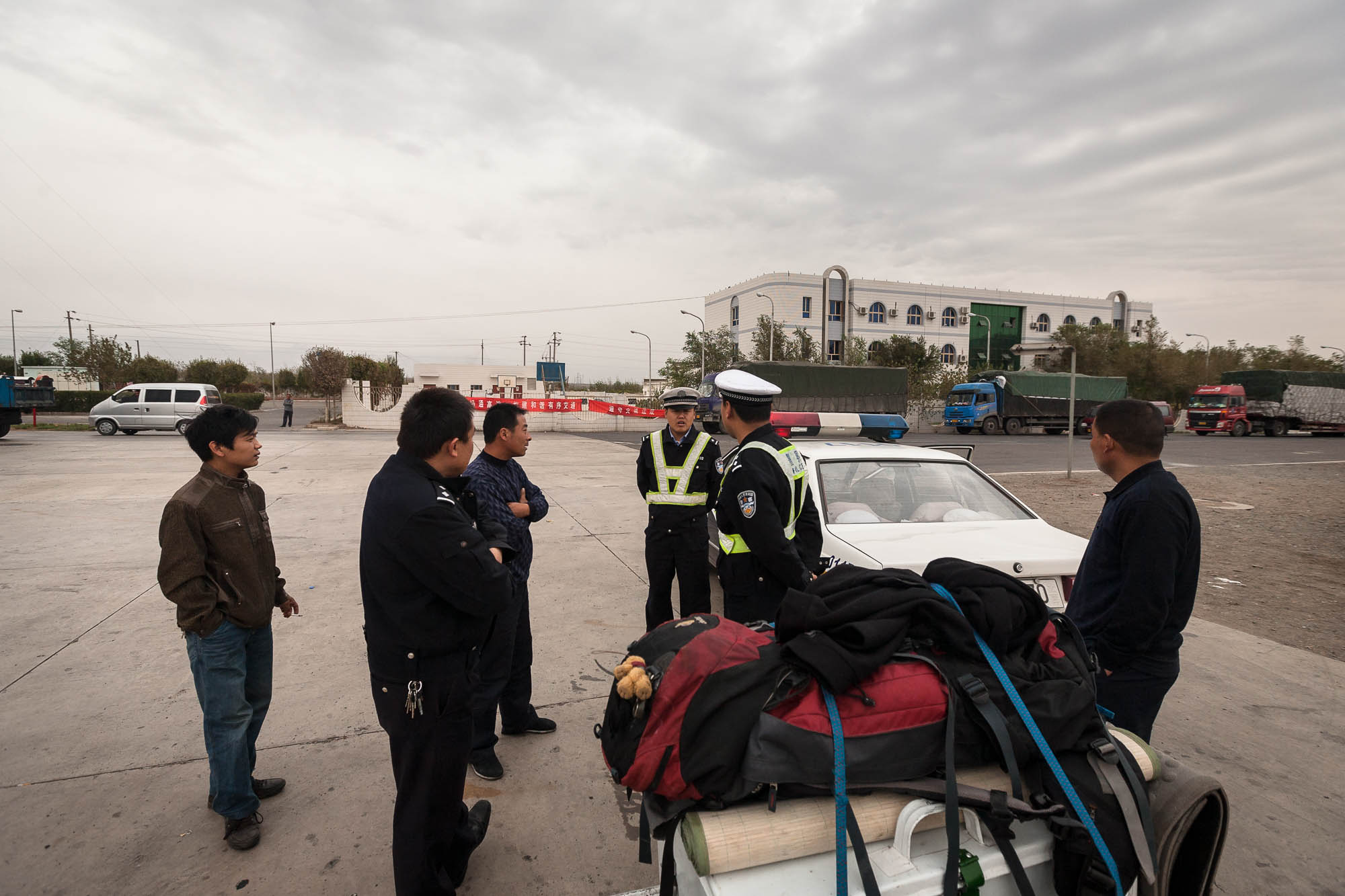 At first the police wouldn’t let me go: Too dangerous, they said. Then I told them about my situation and they allowed me to pass. So there I was in another wind gap (blown away): By loading the map, you agree to Google’s privacy policy.Learn more Load map Always unblock Google Maps Only this time […]

down in a hole 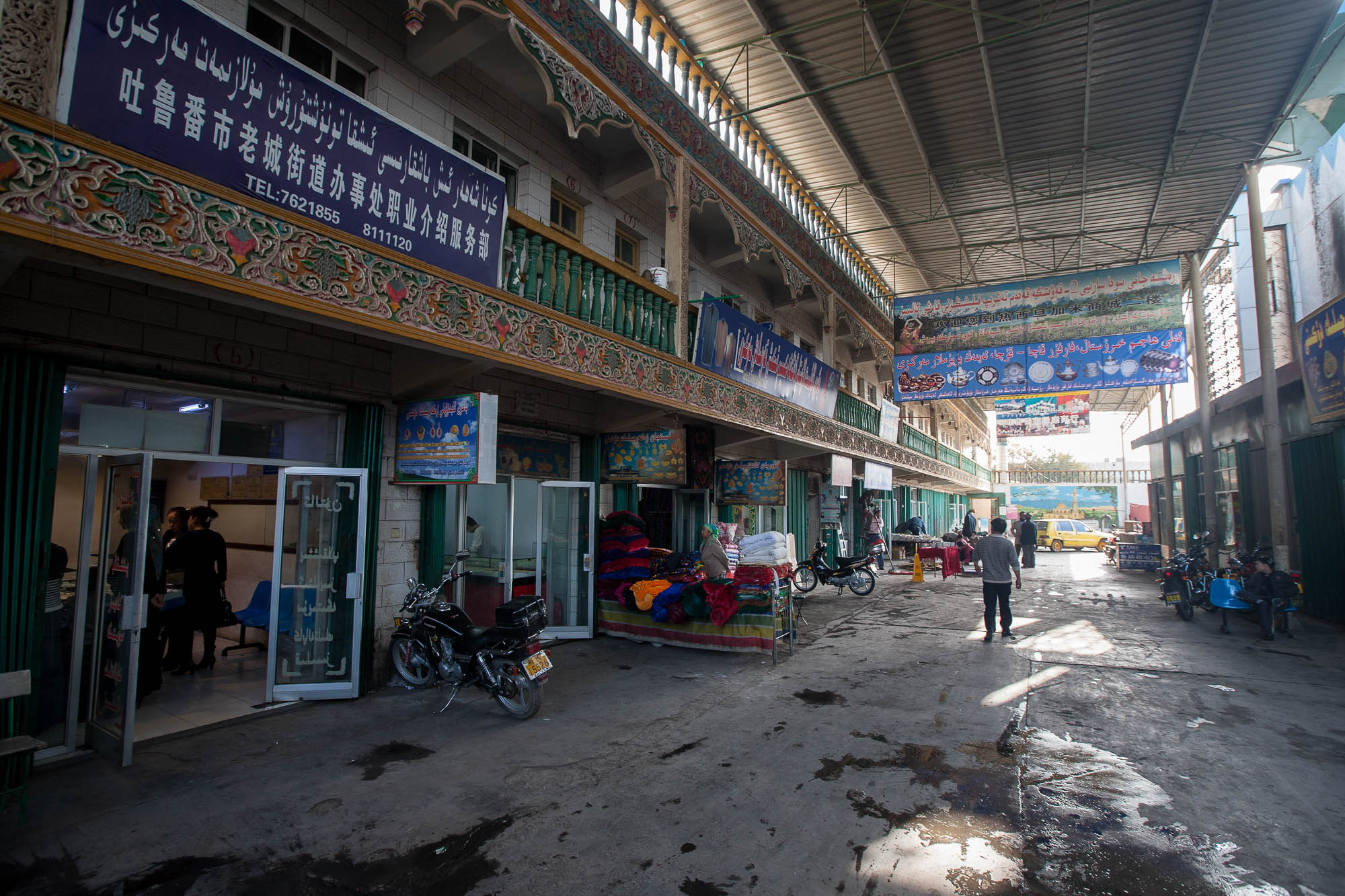 I went outside and bought a pair of gloves because it was getting cold: The more people I saw, the more lonely I felt. No way to sleep. No way to eat. [PS: please don’t comment on this. Thank you.] 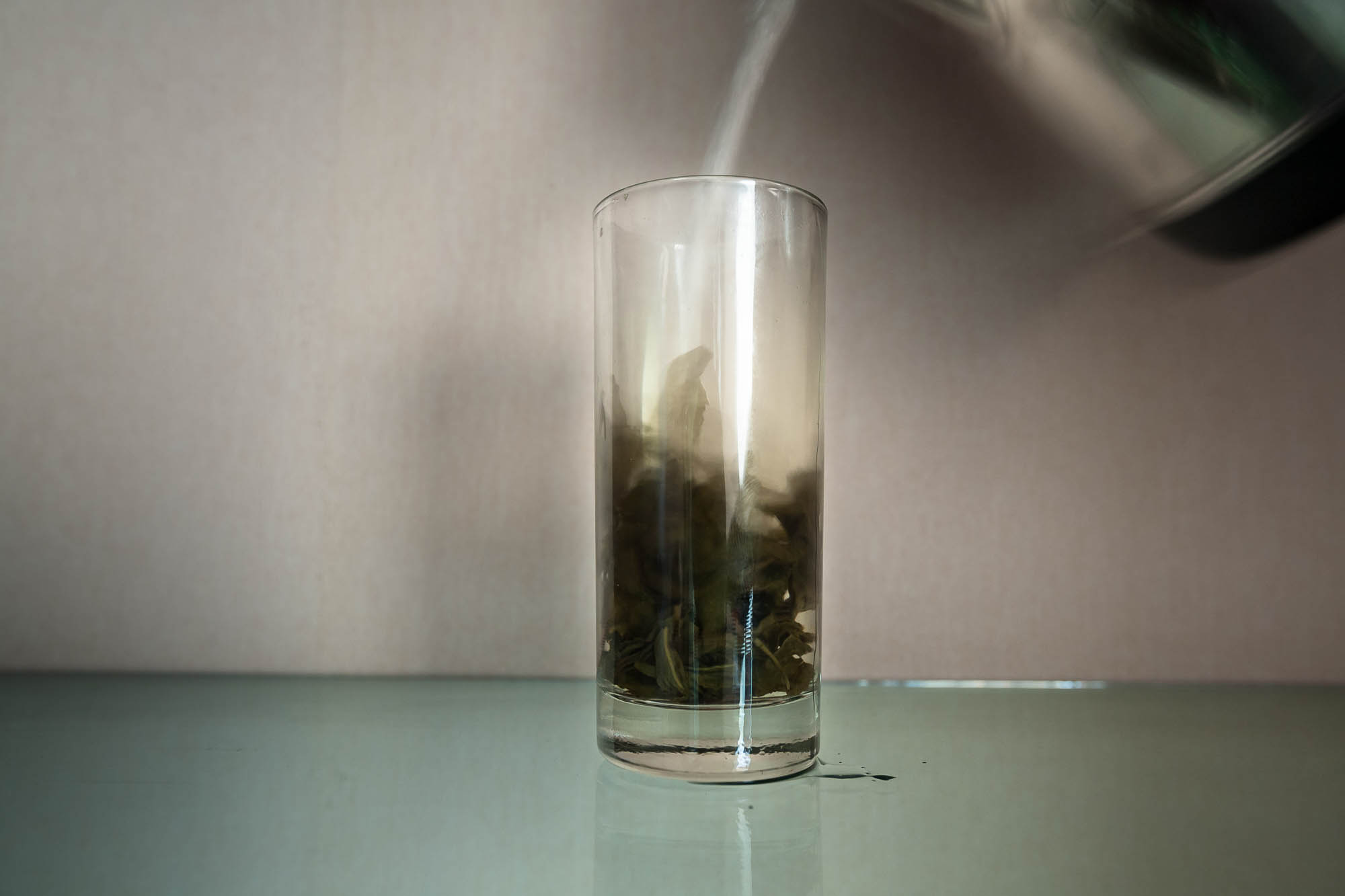 I had just poured a glass of tea and taken some pictures in the process, thinking about what I was going to write about tea… …when Juli called me and said it had to be over between us. [PS: I have been thinking a very long time whether I should make this post or not. […] 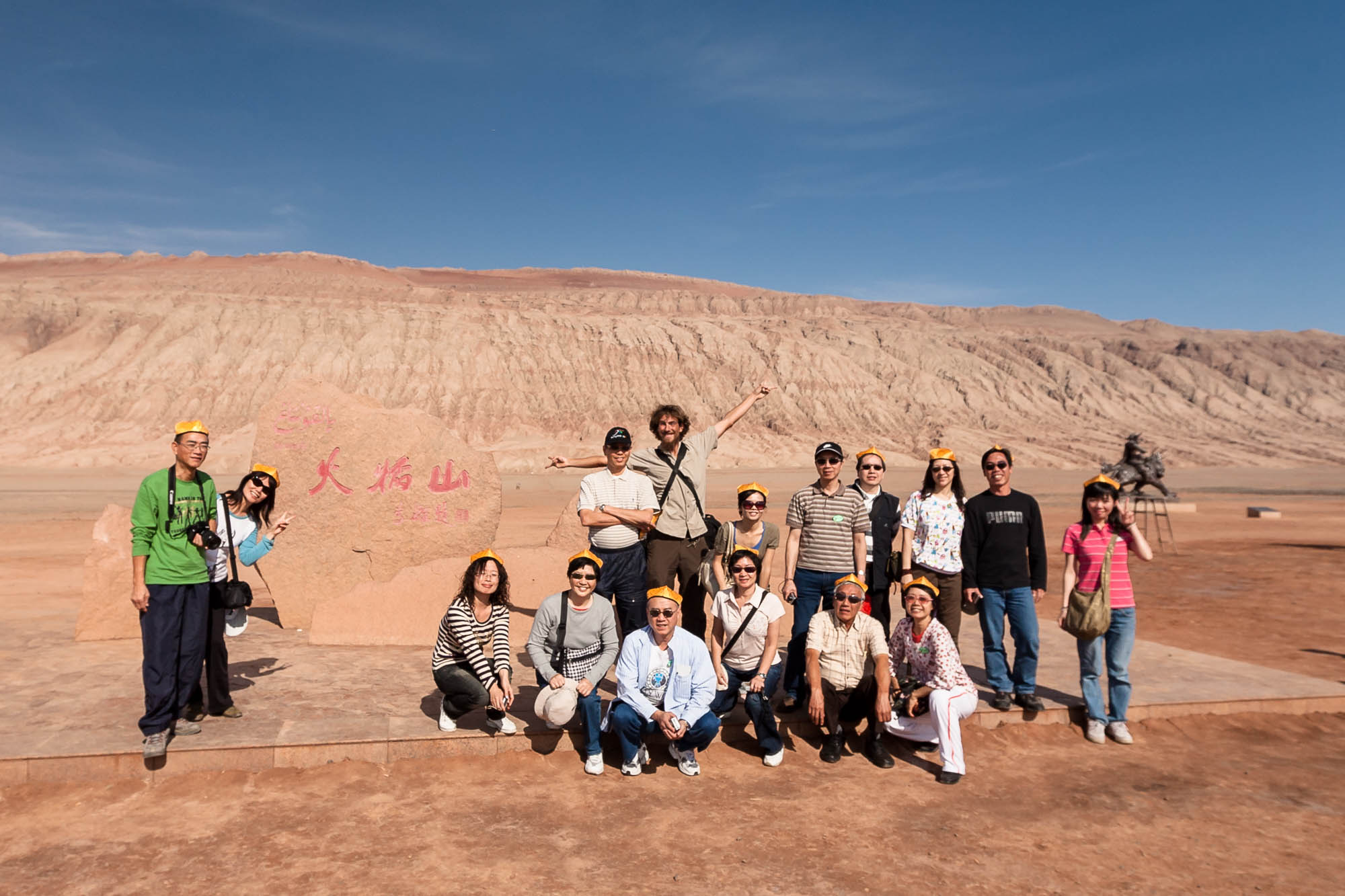 I had no idea that today was going to be my last happy day for a while. … I walked through the little village… …to the Ancient Graveyard of Astana 阿斯塔纳古墓: Nothing much to see here, just a few graves from a bunch of centuries back, some with murals, others complete with mummified corpses in […] 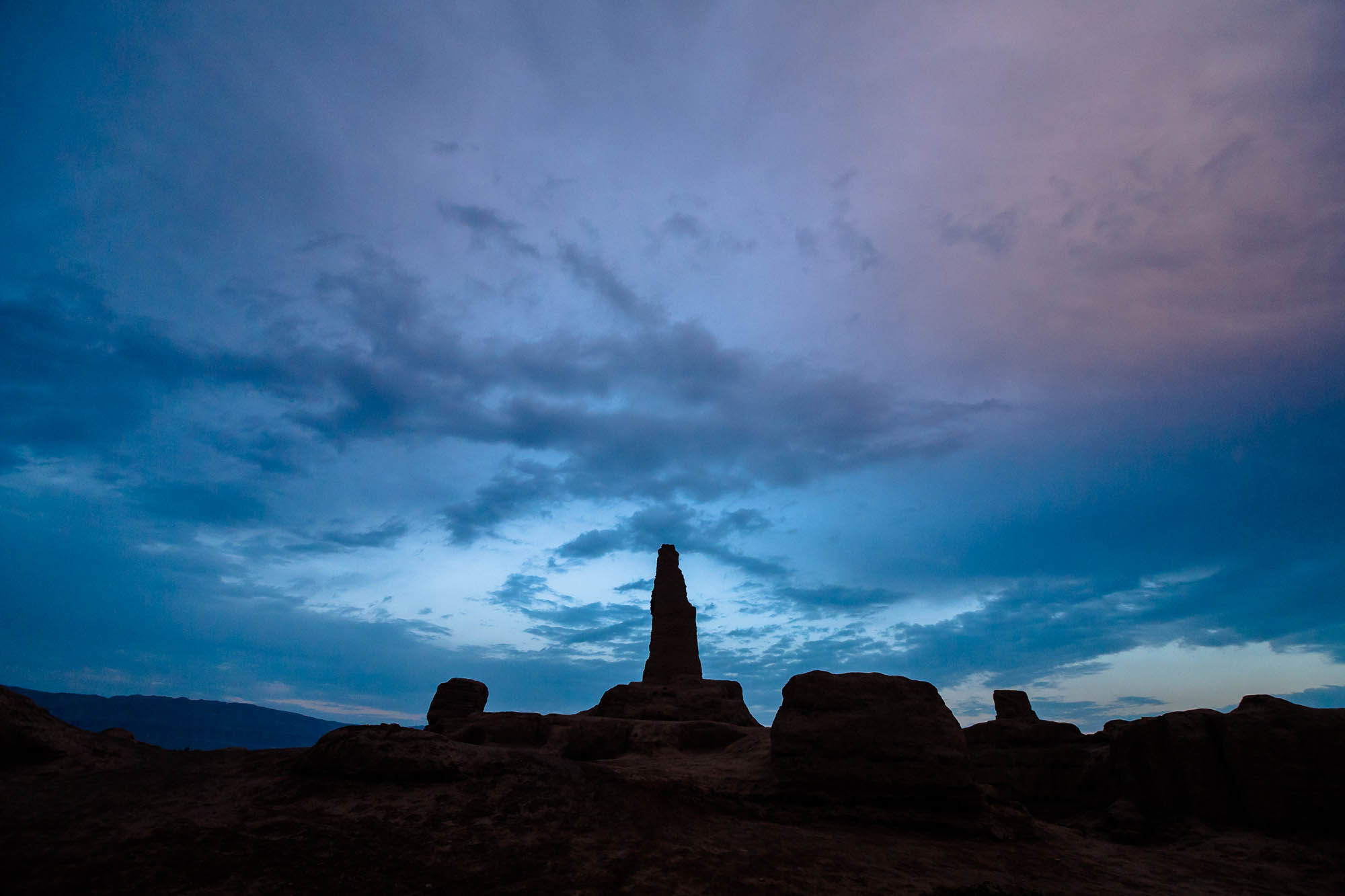 I was in my room just getting ready to brush my teeth when Mike from England busted in the door: “Dude, I am so happy to see you!” he exclaimed and sat down with me to relieve his heart of some stuff that had troubled him during the last couple of days. The poor dude […] 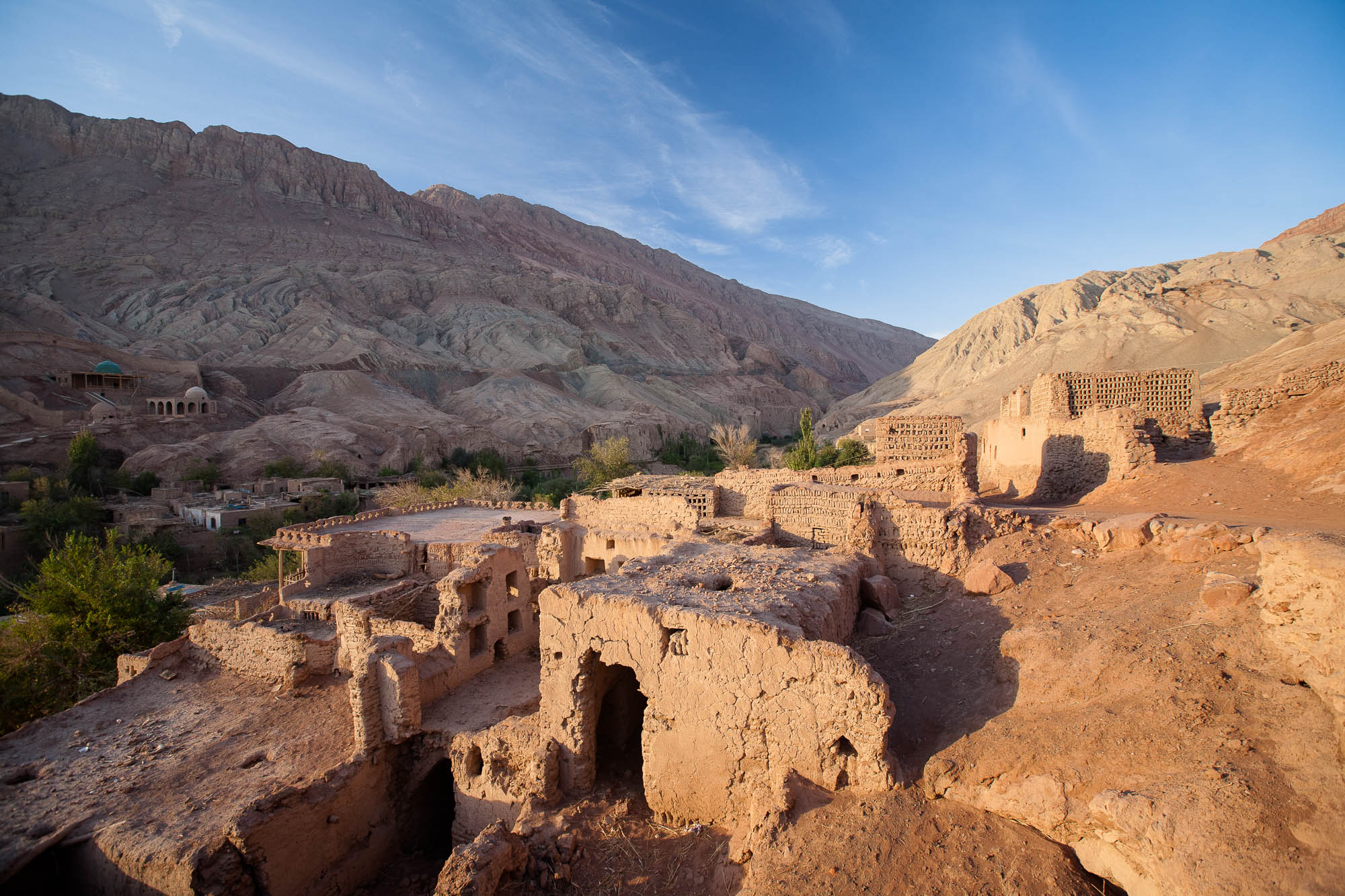 I stacked up on hot nang before I left: Then it was a long hot walk through the desert, with houses to dry grapes and make raisins left and right: Water means vegetation out here: …as well as the lack thereof: The whole region is inhabited mainly by Uyghurs, who build some picturesque houses of […] 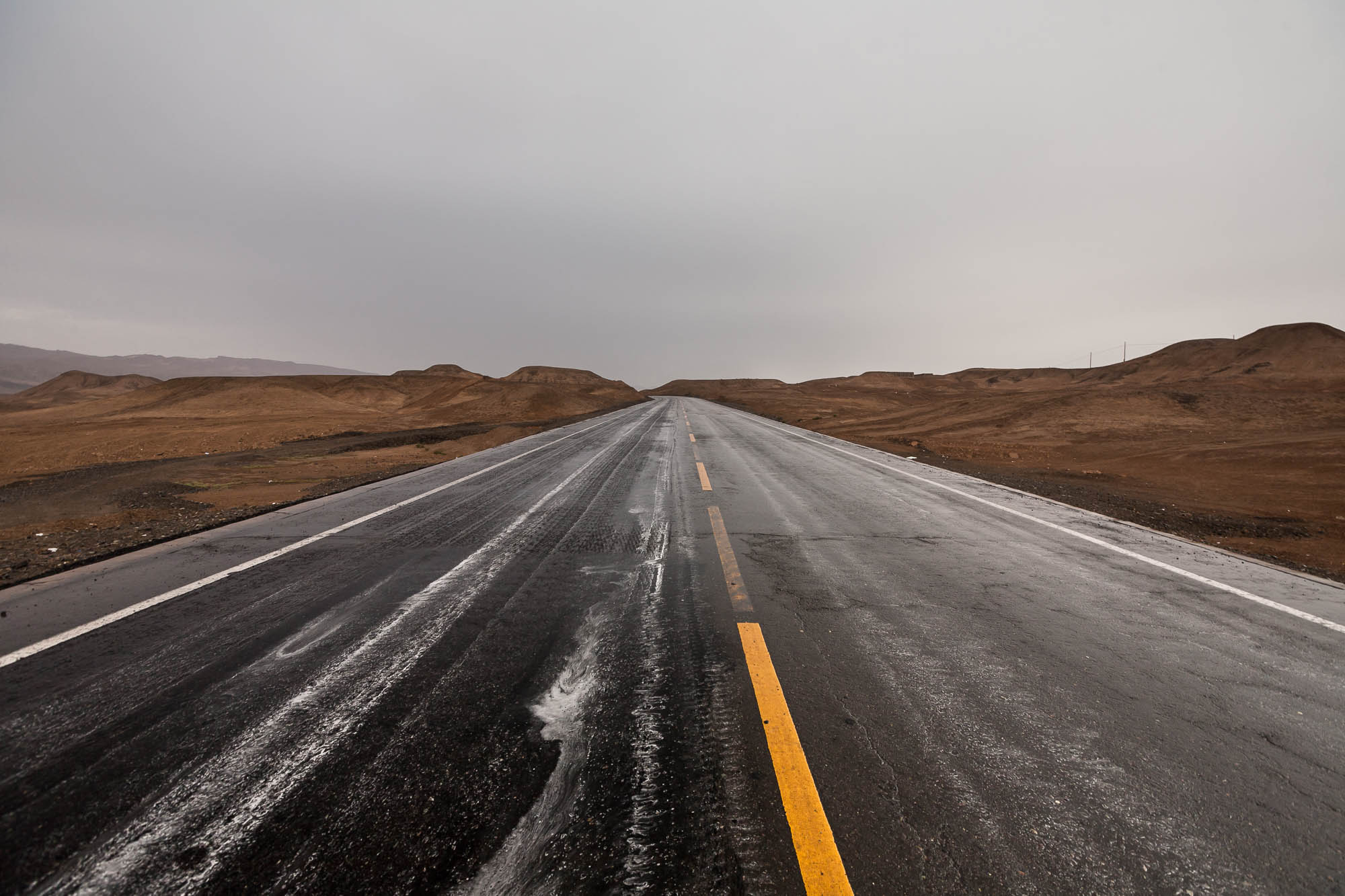 It’s always hard to leave a good place, knowing that there is only that much more walking through the nothingness ahead: I had picked the hotel I was staying at simply because of its name – Journey To The West Hotel 西游酒店, and it had definitely been the right choice. Everyone was so friendly to […] 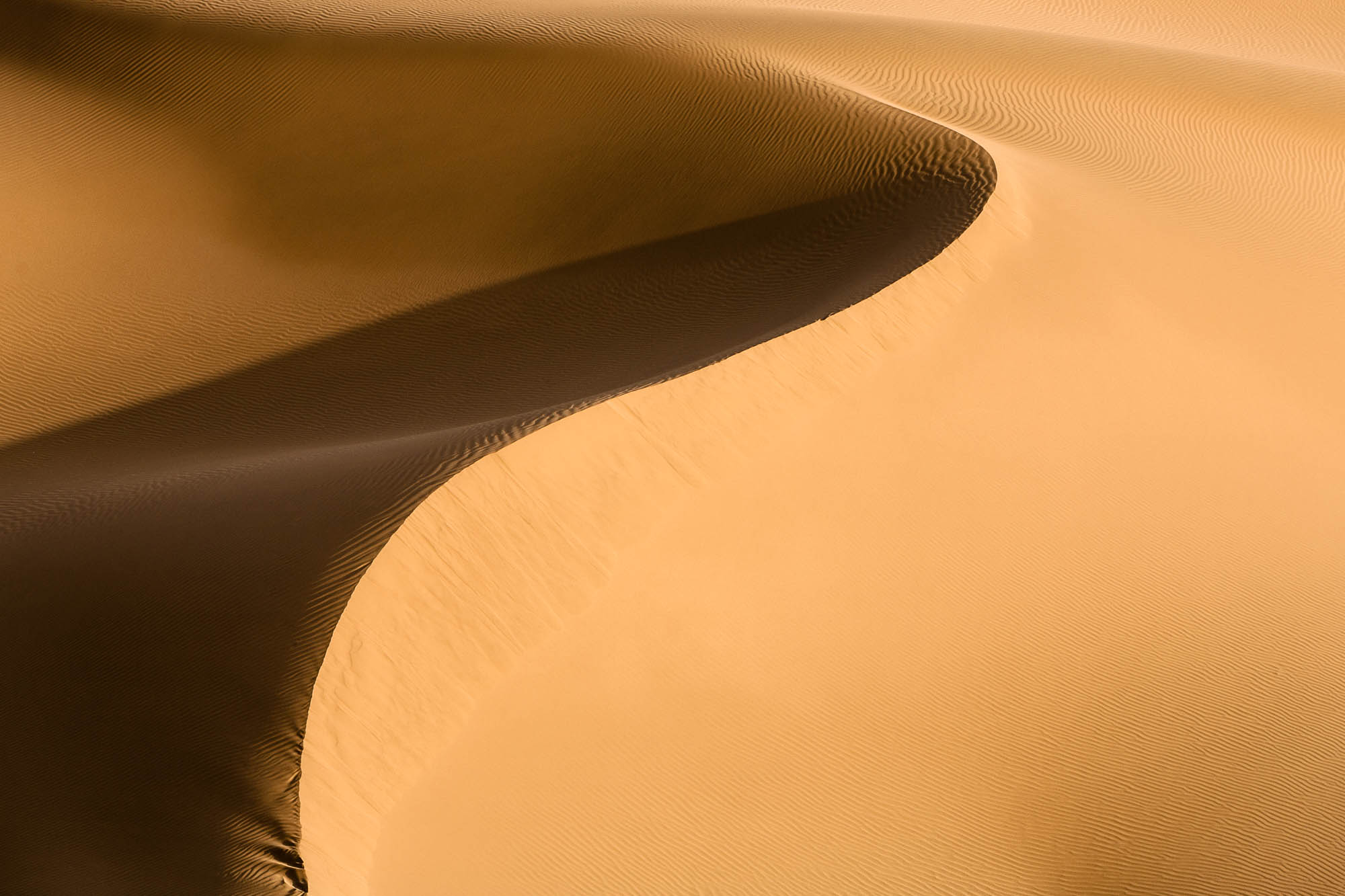 Mr. Luo 罗先生 had agreed to give the Caboose a general makeover today: But first we had to go to a bike shop… …and get a new set of wheels: I asked for old steel frames with thick ball bearings, and I think we managed to find something durable this time. Then Mr. Luo got […]