This post is about a visit to the Red Cross Concentration Camp in Niš. I have the rare opportunity to ride a bicycle.

After breakfast, Rajko asked me to pick a bicycle. He wanted to take me to the Red Cross Concentration Camp in Niš. It was called “Red Cross” because when Nazi Germany built it, there used to be a Red Cross facility close by. It was in the city center near the fortress, and we were going to go there by bike.

I picked a small red foldable bicycle that had been made in former Yugoslavia. It reminded me of the bike that had carried me across the border from China to Kazakhstan in the summer of 2016.

And so we rode, no: we flew down the streets of Niš. My legs were pumping up and down, and there was a bit of wind in my hair from the speed. I loved the effortlessness of it all.

Rajko dropped me off at the camp gate and went to continue with his biking routine. I bought a ticket, trying to remember if I had ever been charged to visit a concentration camp memorial site before.

The camp was relatively small. And yet 35,000 inmates had gone through it, and about ten thousand had not made it out alive. The nazis had kept Jews, Romani, and P.O.W.s in the camp, but they had also kept a large number of people from Niš as hostages, to shoot as retaliation for partisan attacks. The ratio was 1:100. This meant that for every dead German soldier, one hundred hostages would get carted to a nearby hill and executed there. The hill was called Mount Bubanj, and thousands of people had died up there.

I went to the archaeological hall of the National Museum Niš after that. I wanted to see some of the things from MFBLEC’s time. The exhibition turned out to be small, smaller even than the museum in Amasra. I saw a few marble statues, some mosaics, and a bunch of coins. There was a model of a villa from Constantine’s time. It was nice to look at, but that was about it.

I decided to ride the little red bike up to Mount Bubanj. It was a difficult ride, and I ended up pushing the bike for the last stretch. When I arrived at the top, I smelled barbeque and I heard dance music. Hundreds of people were there, some had brought tents, and a bunch of them were playing ball games.

They were partying where thousands of people had been shot.

I asked a guy why they had all picked this particular place to spend their May 1st holiday. He said it was because of the nature. They wanted to be in nature. But what about all the people who had died here, I asked. At this point a lady next to him turned around and said in a grumpy voice: “people died everywhere!”

When I talked to a group of students who were playing volleyball, I got a different answer. One of them, a big, shirtless guy, said: “It’s because we don’t have a good understanding of our history.” 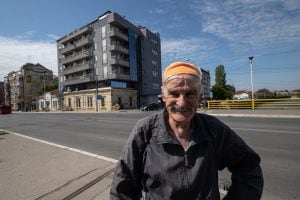 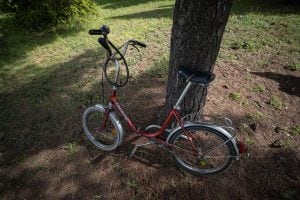 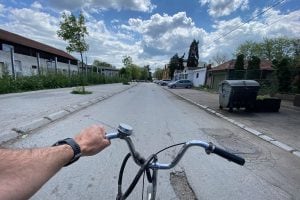 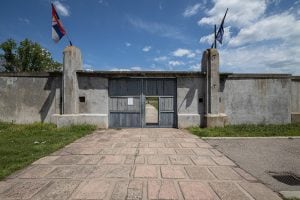 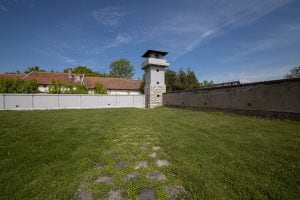 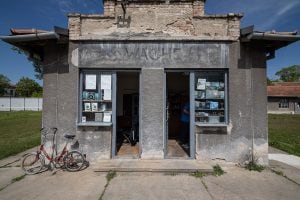 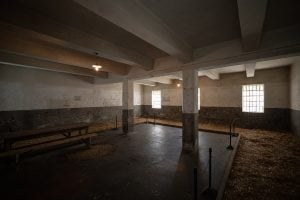 inside the camp barracks 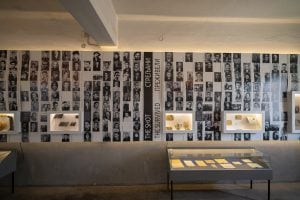 photos of some of the victims 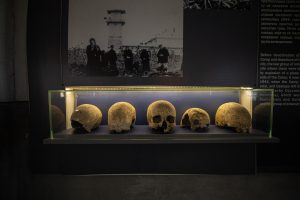 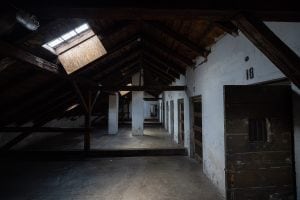 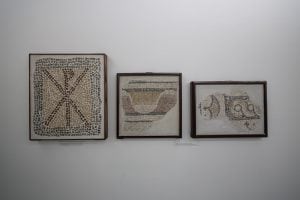 mosaics in the National Museum Niš 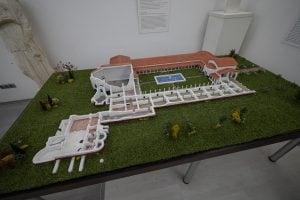 model of a Constantine-era villa in Mediana 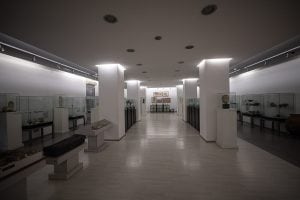 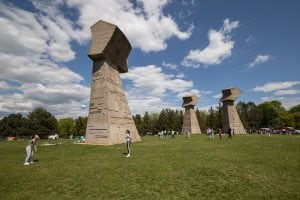 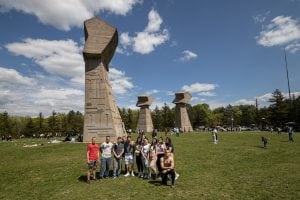 students at the Buban Hill Memorial 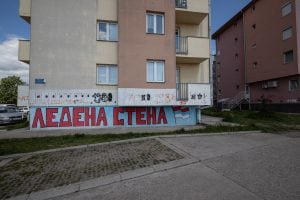