This is a post about an 11km walk from Sofia to Republika. I have made the decision that I want to walk through Serbia.

At least I had come to a decision about the direction, though: I wanted to walk west, towards the border with Serbia, and then on to Niš, the place where Motherfucking Boss Level Emperor Constantine had been born. Yes, that’s how I referred to him internally: MFBLEC.

The road was normal at first. It even had a sidewalk that I could walk on. Then it merged with one of the big avenues, and I struggled a bit with the stress of the noise and the pollution.

When I noticed a park to my left I went in. There were some ruined buildings and an old pavilion that looked like remnants from Communism. I sat down and had lunch, watching a squirrel bouncing around between the trees. The squirrel didn’t care about the ways of the world. It bounced and it bounced. It was timeless.

I liked the park, and so I decided to try my luck with a detour through it. This way I would have more of the green trees to enjoy, and I would hopefully get to a road that was less busy than the one I had been on.

As it turned out, the road that I ended up on was horrible. It didn’t seem less busy than the one before, but its sidewalk was worse, and sometimes it didn’t even have one. I squeezed by a giant shopping center that everyone needed to get to right then, regretting that I hadn’t just stayed in the park with the squirrel.

The walk from Sofia to Republika: 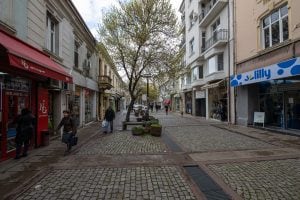 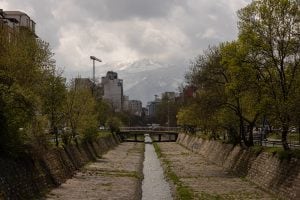 the mountains in the background 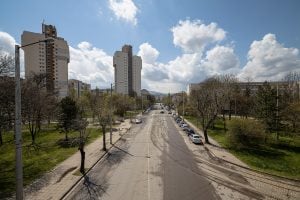 residential area in the west of Sofia 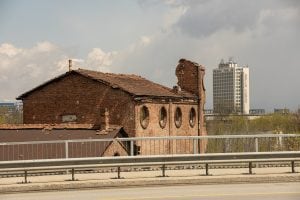 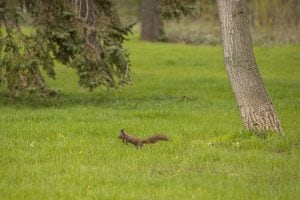 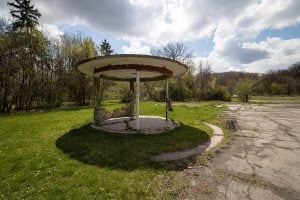 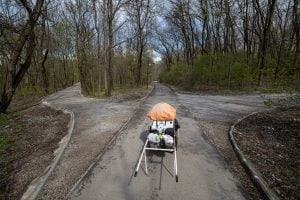 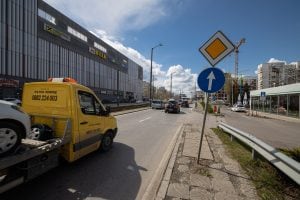 the way from Sofia to Republika 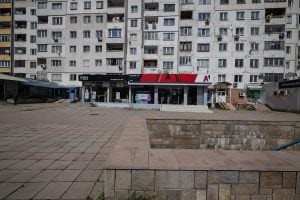 residential blocks in the outskirts of Sofia 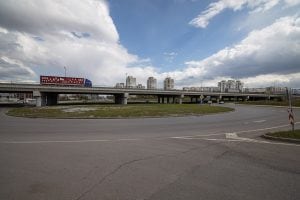 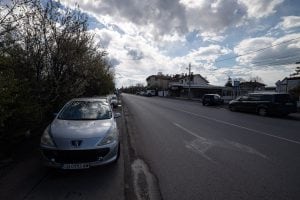 Day 535
from Sofia to Republika