This post is about a visit to the Alexander Nevsky Cathedral and the Sofia Synagogue. Both of them are rather large and rather new.

There were two more things I wanted to see: the Alexander Nevsky Cathedral and the Synagogue of Sofia. The cathedral, because I had walked past it on my way into town, and the synagogue, because I had read about it when I was visiting the Grand Synagogue of Edirne.

When I arrived at the cathedral it looked even more imposing than when I had seen it first. It was one of the biggest churches in the world and the largest one in the Balkans. Also, it seemed surprisingly young: it was from 1912, the year when the Titanic sunk.

about that Nevsky guy

Alexander Nevsky, whom the cathedral was named after, wasn’t Bulgarian, though. He was a Russian prince from the 13th century who had fought off invaders from Sweden and Germany and was later revered as an almost mythical defender of the Slavic world.

It didn’t seem surprising that the Bulgarians, having just rid themselves from Ottoman rule, felt attracted to the idea of Pan-Slavism and the perceived security it entailed. After all, the Russian Empire had fought the Ottomans in 1878, all in the name of freeing their fellow Slavs.

And so this massive cathedral in Sofia had been dedicated not to John of Rila, the Bulgarian national saint, but to Alexander Nevsky, the Russian national hero.

Entry to the cathedral was free, but if you wanted to take photographs you had to pay a little bit for a printed permission. I bought one, along with a few candles.

There were some tourists who were taking pictures and two priests who were sweeping the floor. I found a quiet place and lit my candles. One of them was for my old friend Zhu Hui and another one was for Teacher Xie. Around me and echoing from everywhere I could hear the steps and the murmurs of the tourists and the priests. When I closed my eyes they were very loud.

There were children’s toys in the yard, there were people going in and out of an attached office, there was a note that Ukrainian refugees of Jewish origin could get help, there was an old gentleman with a kippah who was showing tourists around, there were potted plants inside, and there were some extra chairs – apparently for when it got too crowded.

It never got too crowded, the gentleman with the kippah told me. There was a community of about three thousand Jews in Sofia, but only some of them still came regularly to celebrate the sabbath. 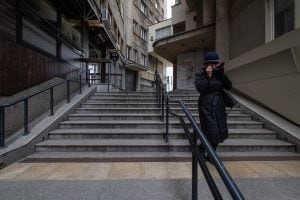 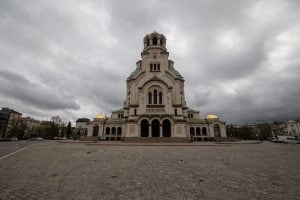 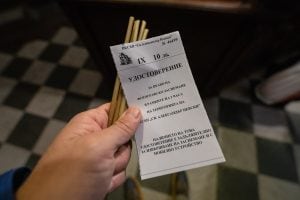 photo permission for the cathedral 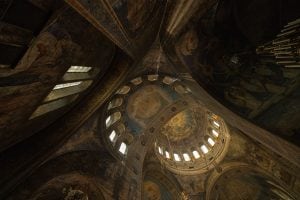 dome of the cathedral 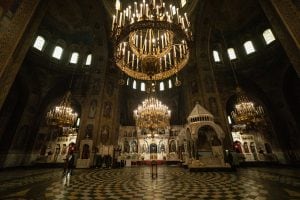 inside the Alexander Nevsky Cathedral 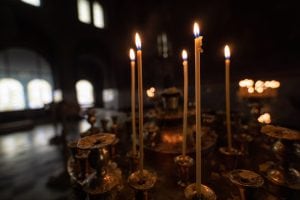 candles in the cathedral 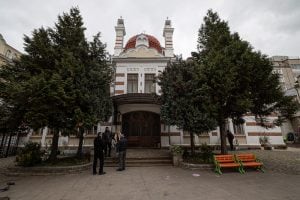 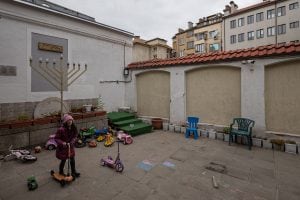 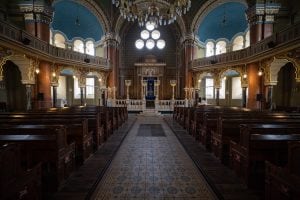 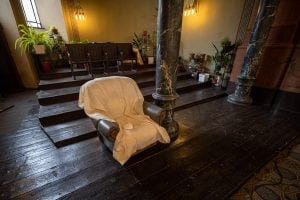 armchair in the synagogue 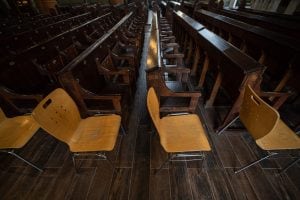 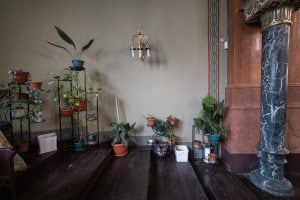 plants in the synagogue 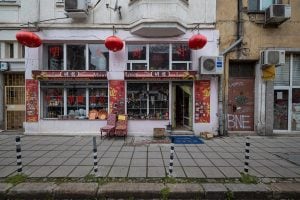 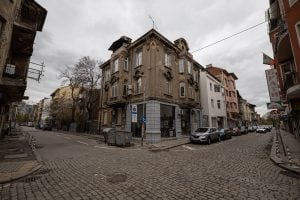