This post is about a 15km walk from the Slavovitsa Winery to Gorno Varshilo. I see Aleksandar Stamboliyski’s villa and sleep in the hills.

The wind had been howling and the rain had been beating all through the night. I was happy that I had found shelter in the winery. I had the whole place to myself. There was a kitchen with a toaster and a water boiler, so I had breakfast and tea in style. Then I filled up both my thermoses with hot water and left.

After about an hour of walking I reached the villa of Aleksandar Stamboliyski. Remember the divided town of Stamboliyski? It had been named after the man who had been prime minister of Bulgaria from 1919 until his assassination in 1923. And this was  the house where he had lived and later been murdered.

I was the only visitor. There was a guide who spoke excellent English and who showed me the house, the exhibits, and the room where the assassins had killed Stamboliyski. There was a year on the wall: 1923. They had written it in his blood.

“Bulgarian politics,” the guide said, “has always been violent. Violent and corrupted.”

The Bulgarian population was ageing fast, and many talented young people were leaving to work in other parts of the EU. Being a satellite state of the Soviet Union and a dictatorship had been terrible, but at least there had been work for everyone, and there hadn’t been that many abandoned buildings.

A few hours later I passed Slavovitsa, the birthplace of Stamboliyski. It, too, looked as if it had been partly abandoned. There was a huge cultural center with a statue of Stamboliyski. It seemed to be crumbling. I ran into an old man who spoke Russian and we started talking. I asked him if he knew a place where I could pitch my tent, but he shook his head.

The road after the village led through hilly terrain. There were trees everywhere. Once I saw a large ruin on a hill. I looked like an unfinished building. I decided to go there and see if I could pitch my tent in it, but when I got there it was full of straw and cow dung. Someone had been using it as a stable.

I found another strange concrete structure not far from it, and after sitting there for a while and making sure that it was an abandoned place and nobody would come, I pitched my tent and curled up in my two sleeping bags.

Then I listened to the jackals and the owls in the darkness.

The vineyard of the Slavovitsa Winery: 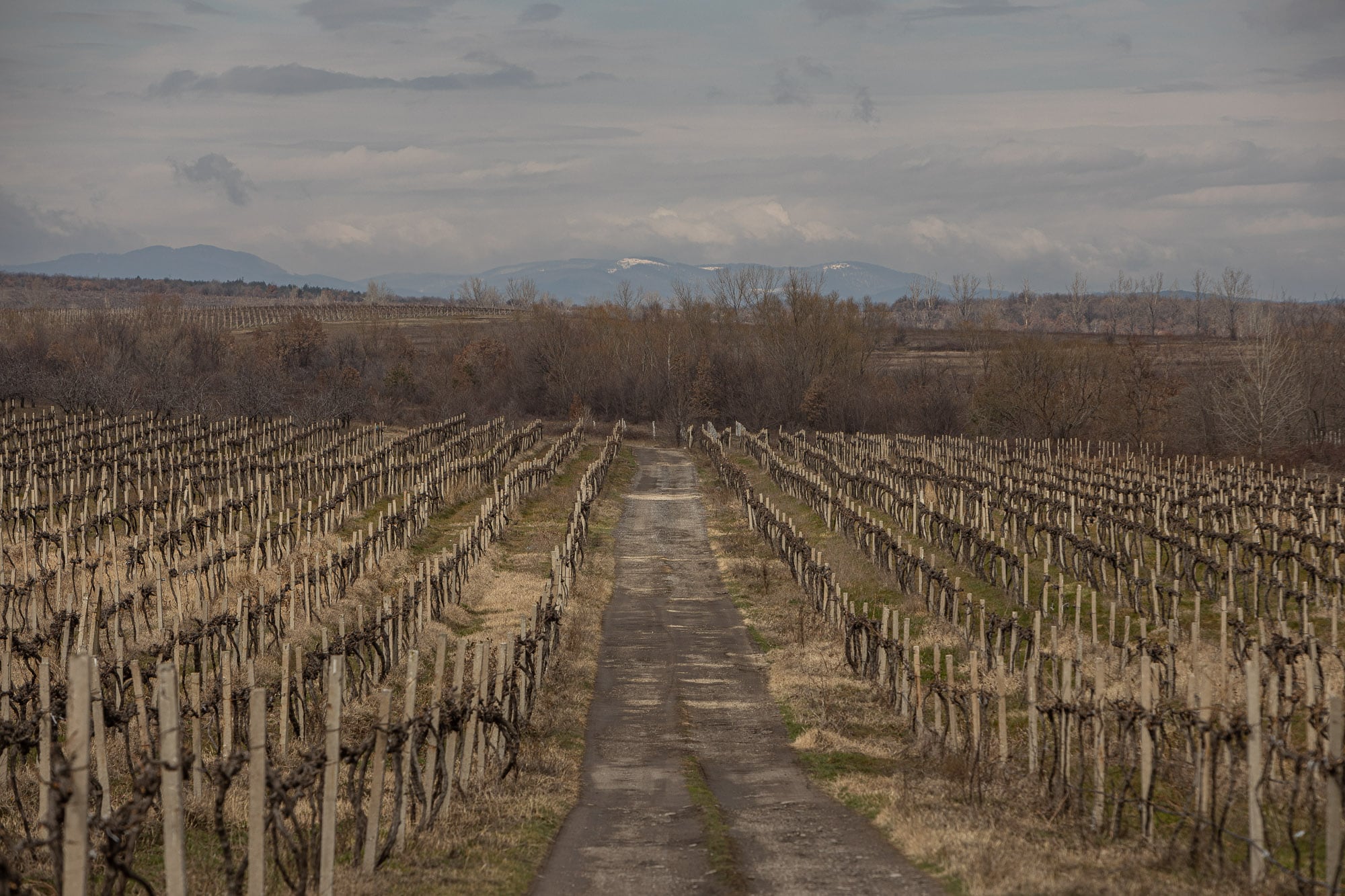 The villa of Aleksandar Stamboliyski: 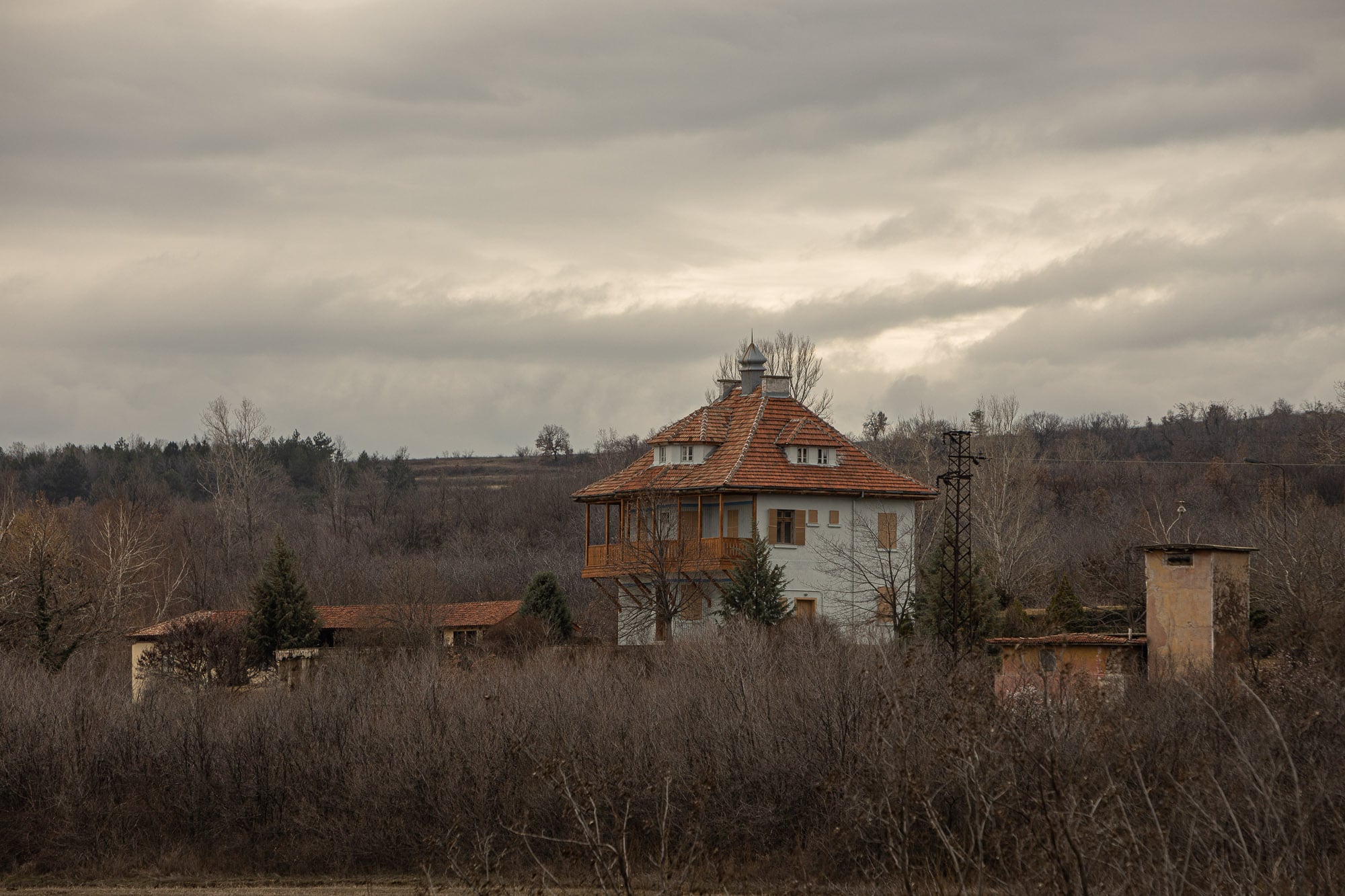 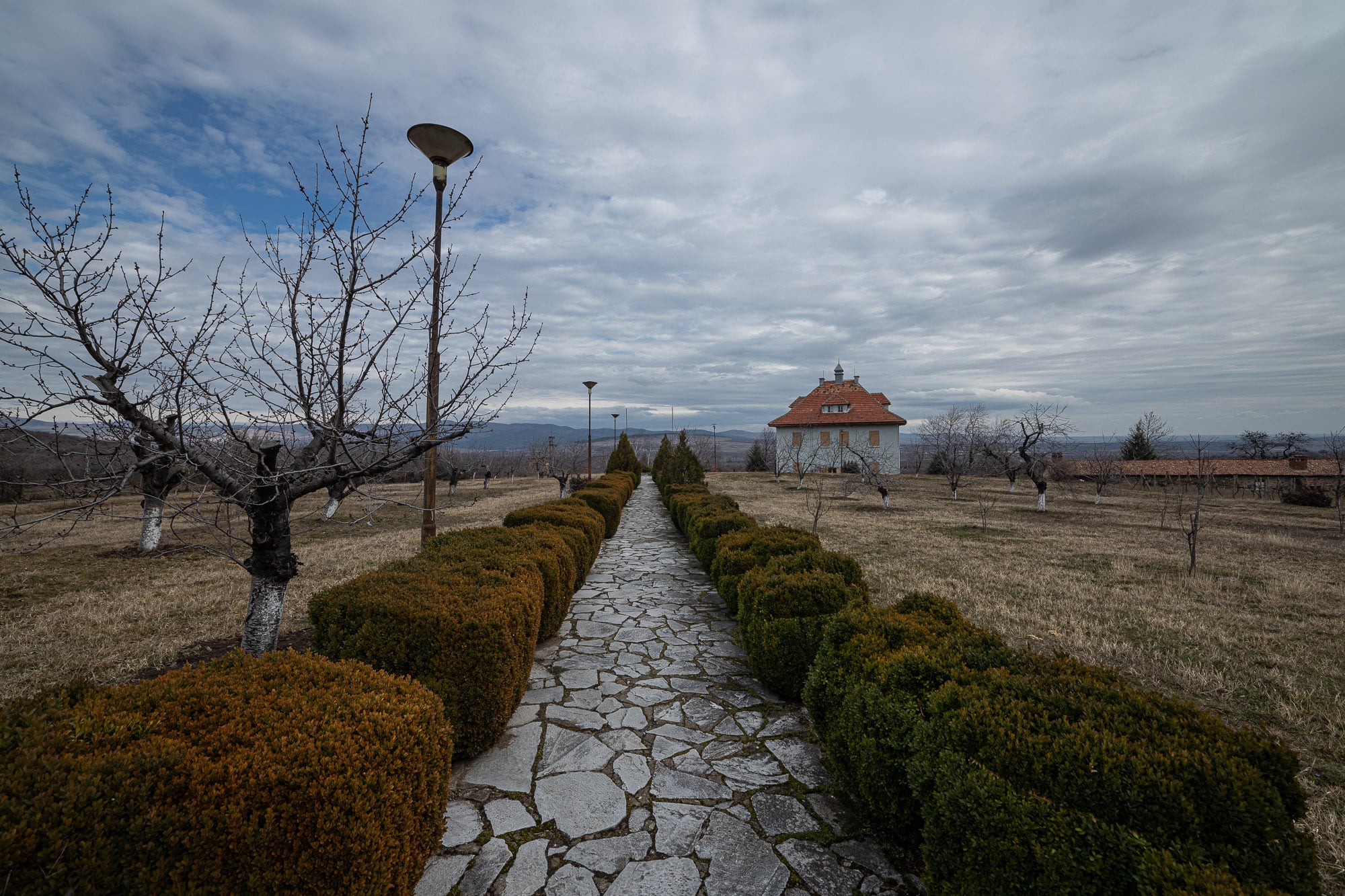 The room where Aleksandar Stamboliyski was murdered: 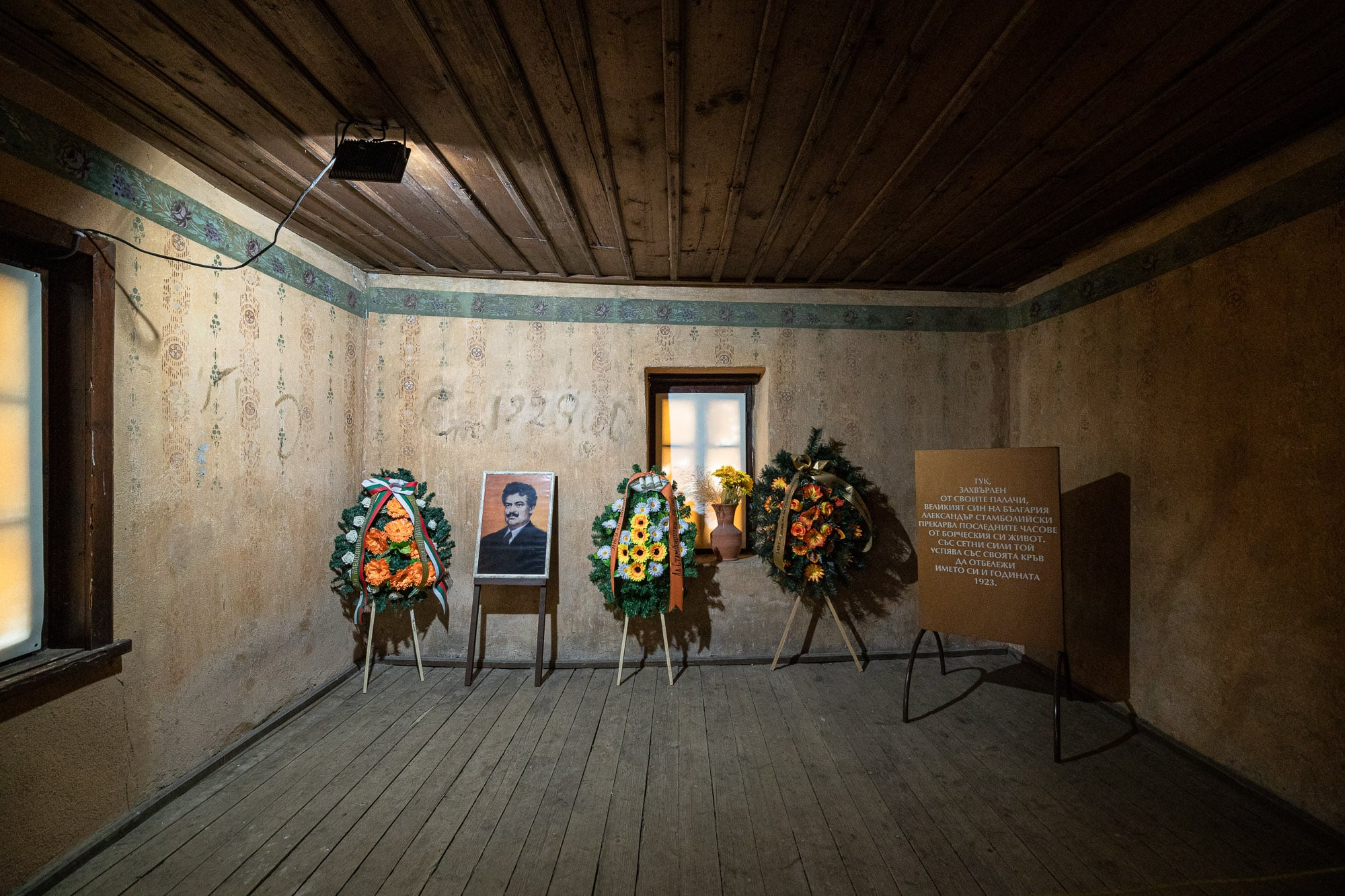 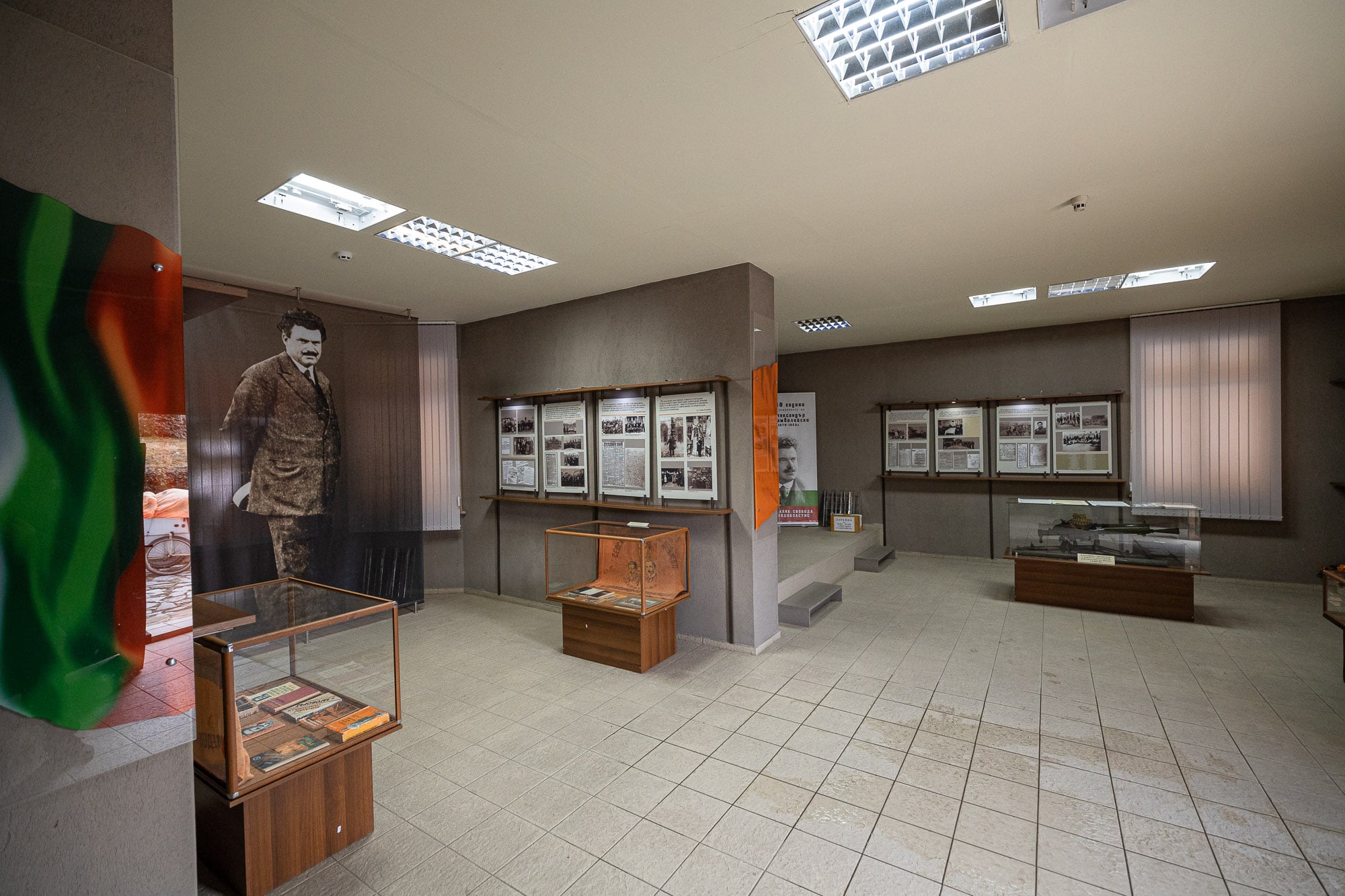 With my guide Niki: 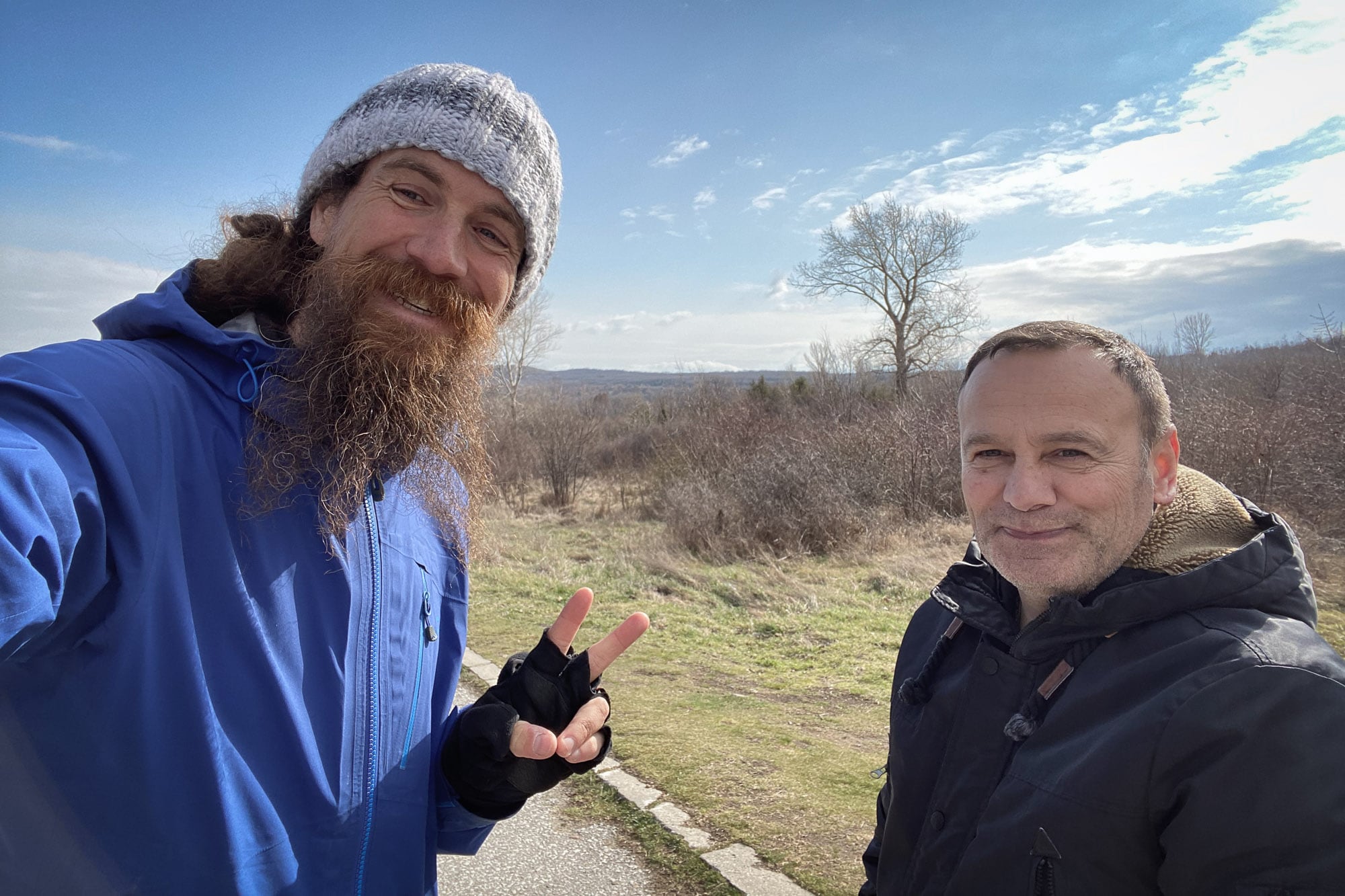 The road to walk from the Slavovitsa Winery to Gorno Varshilo: 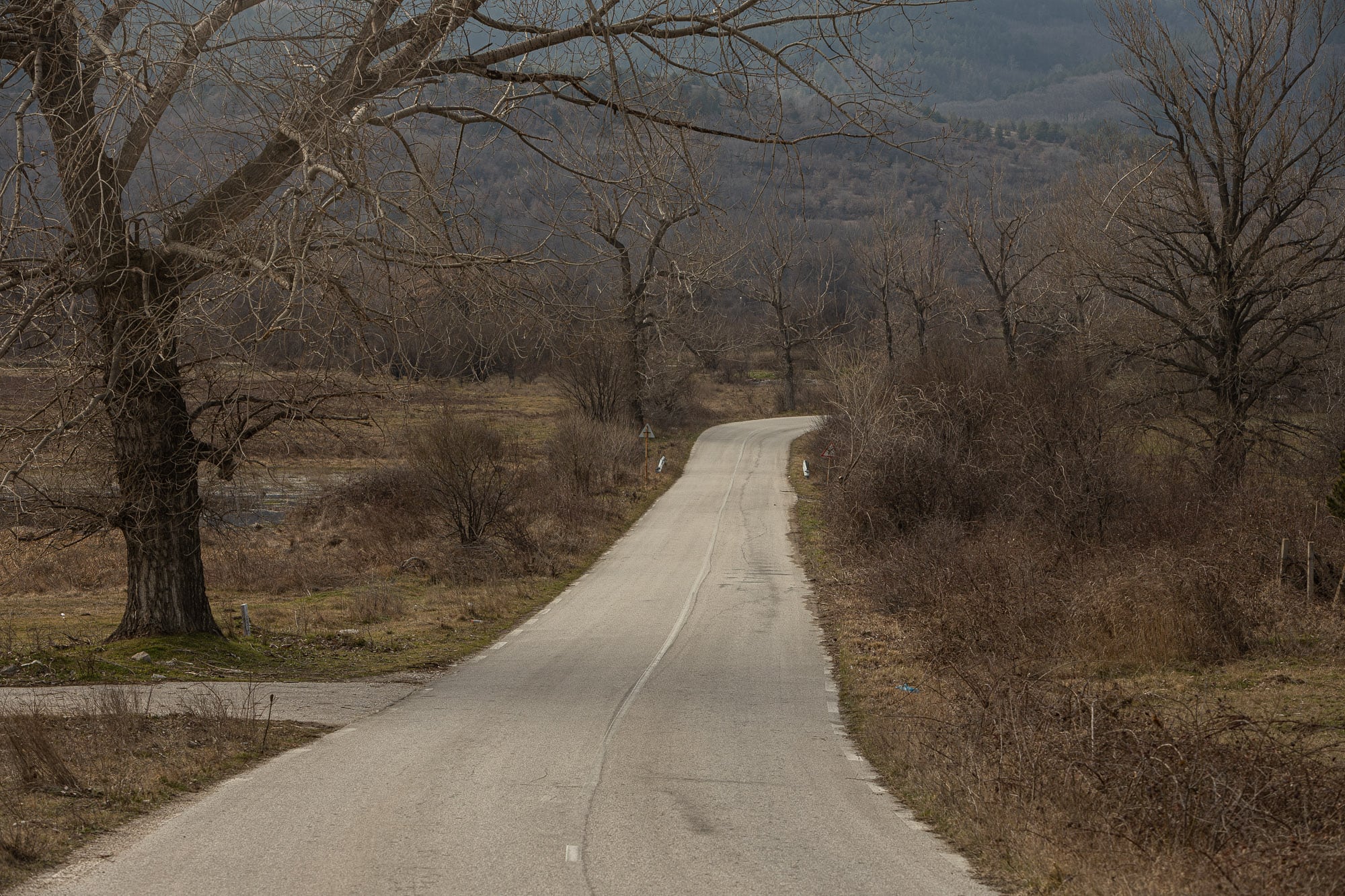 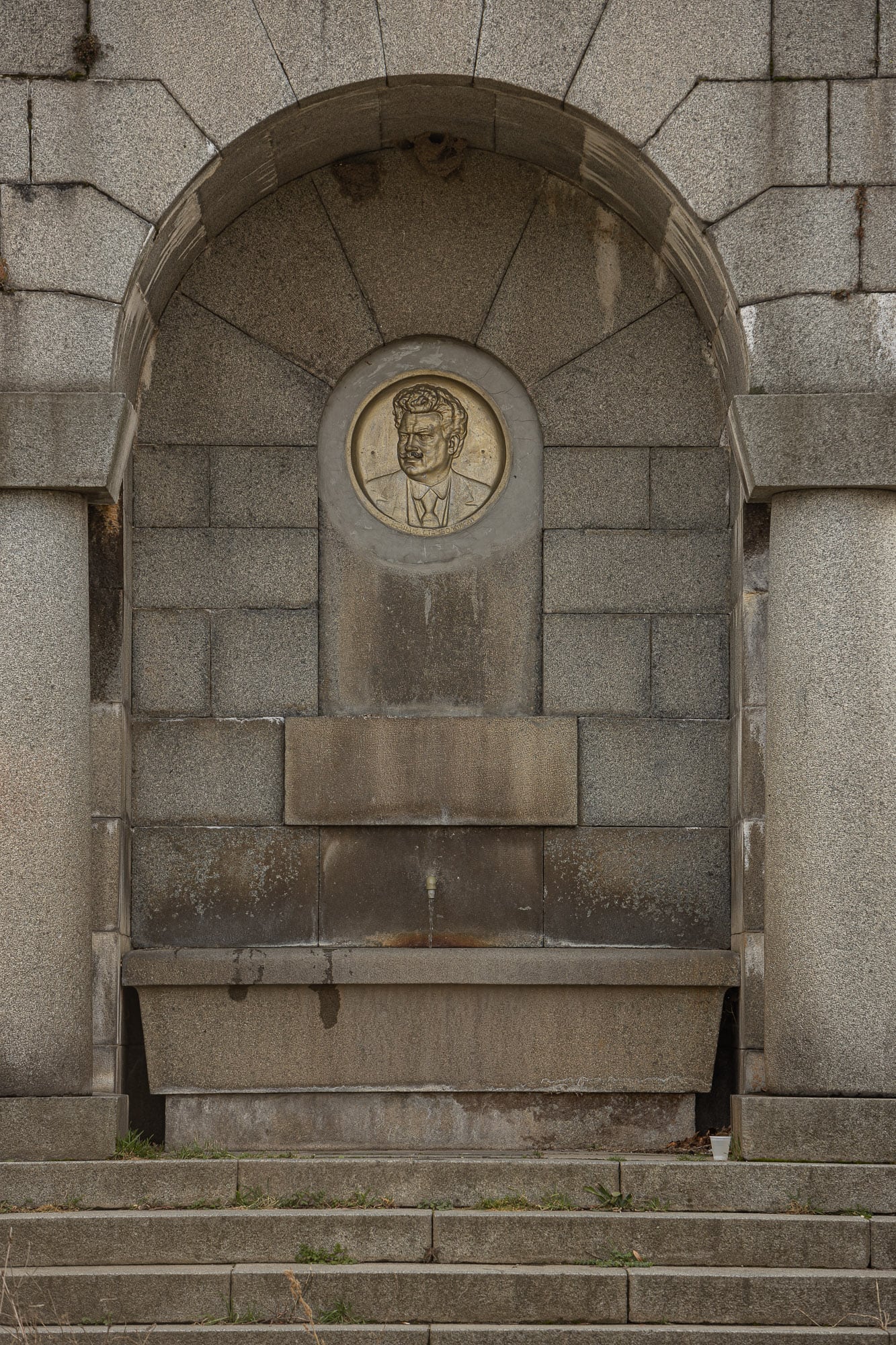 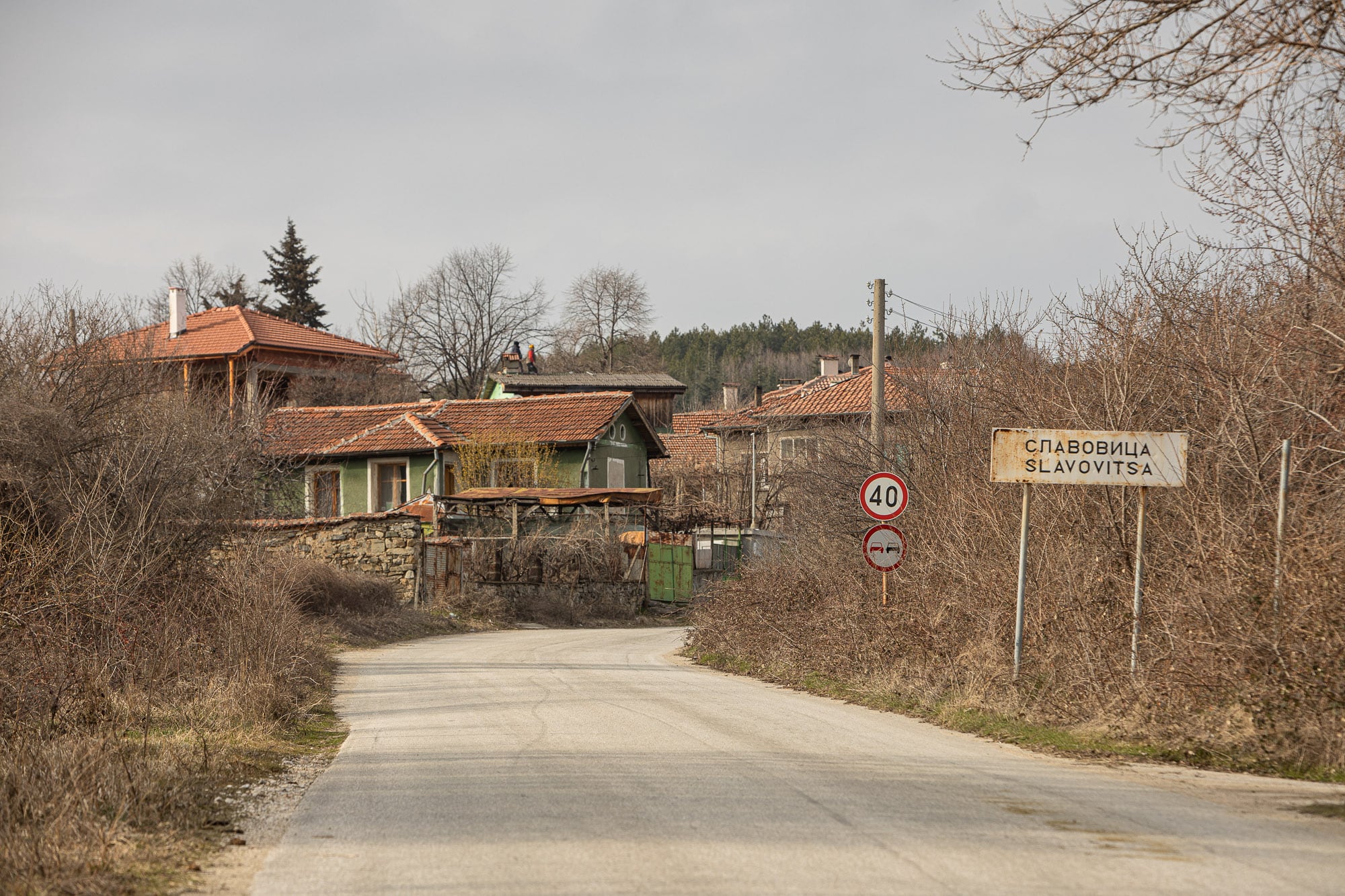 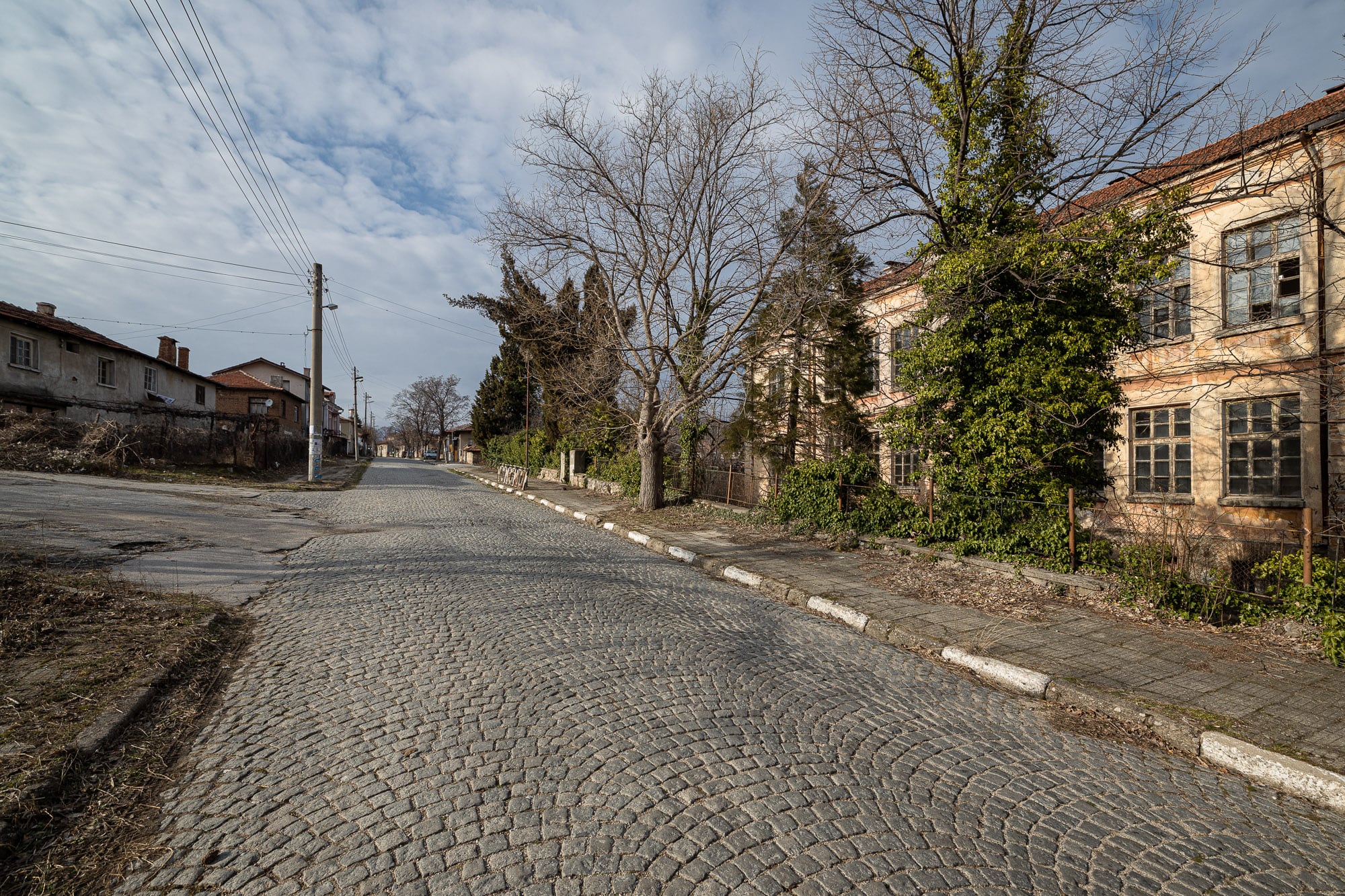 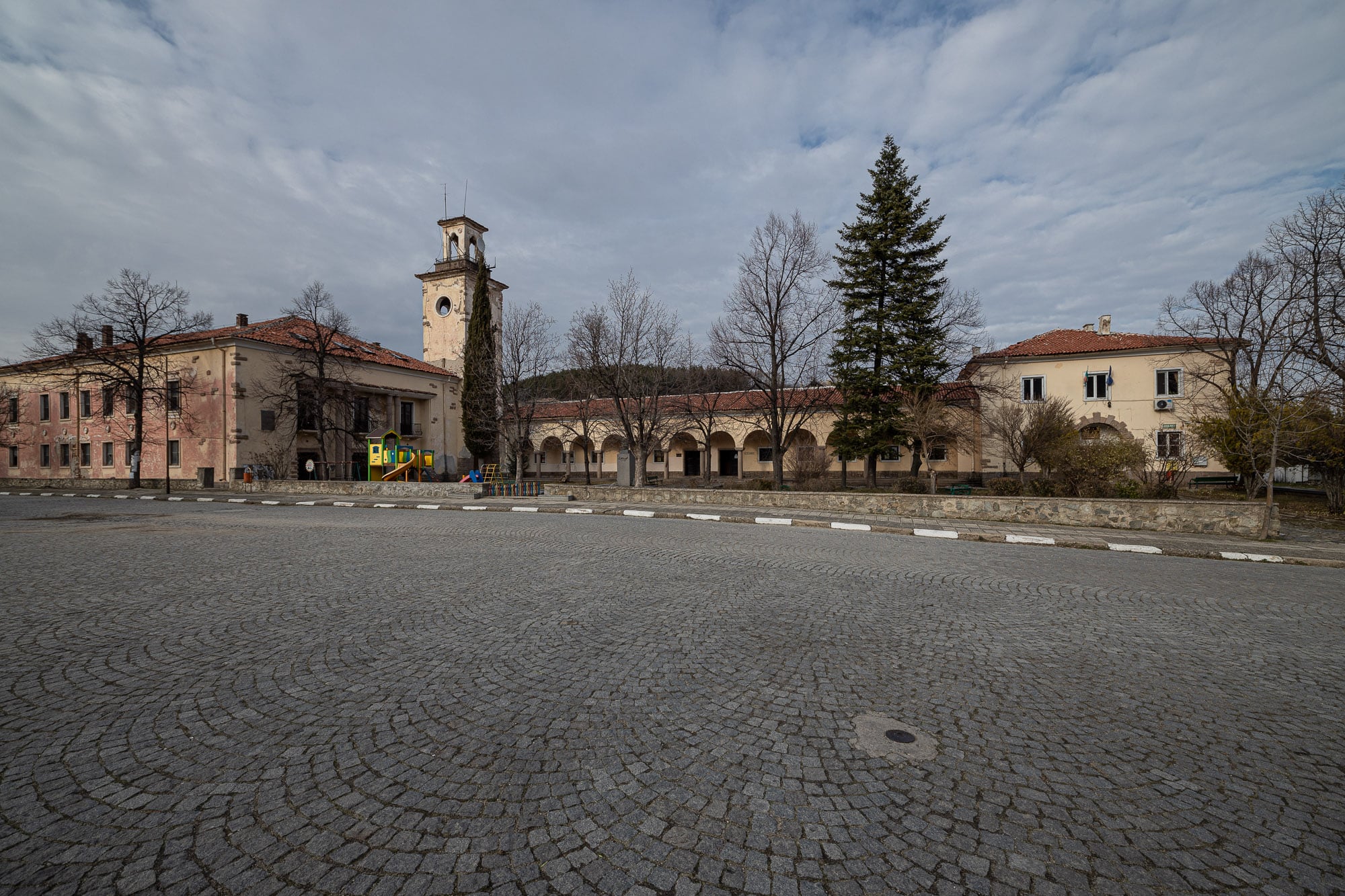 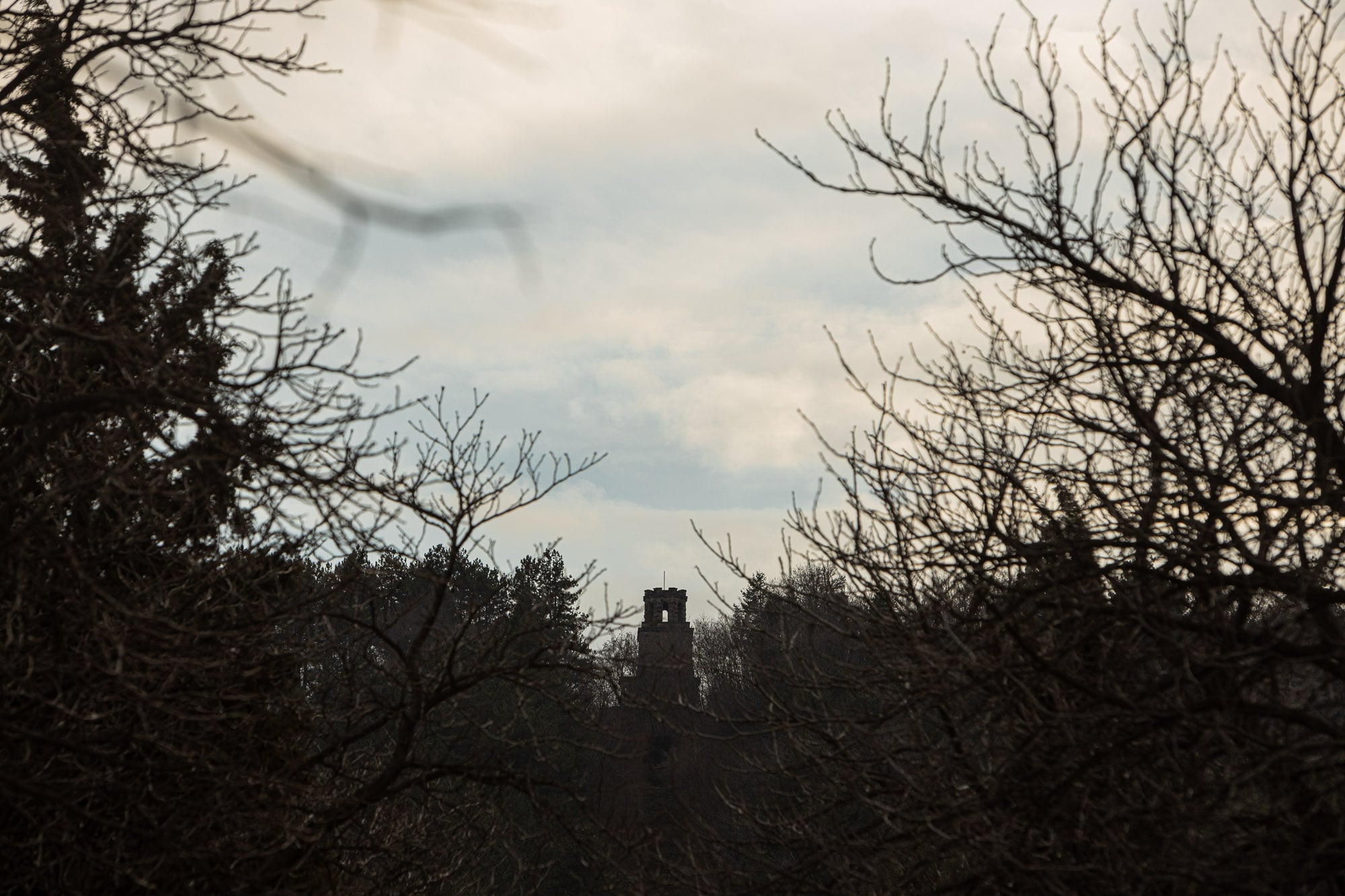 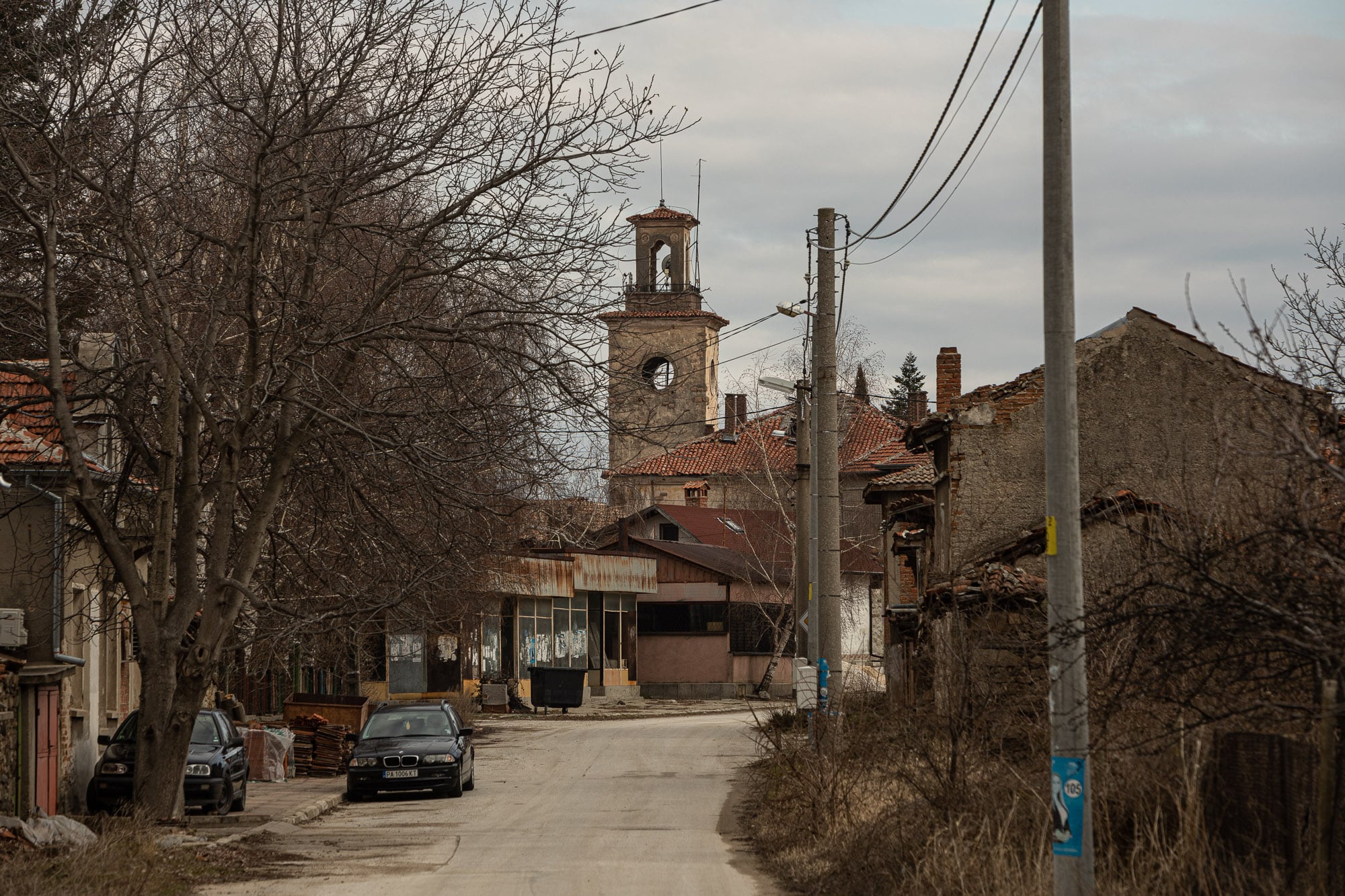 Unfinished building in the hills: 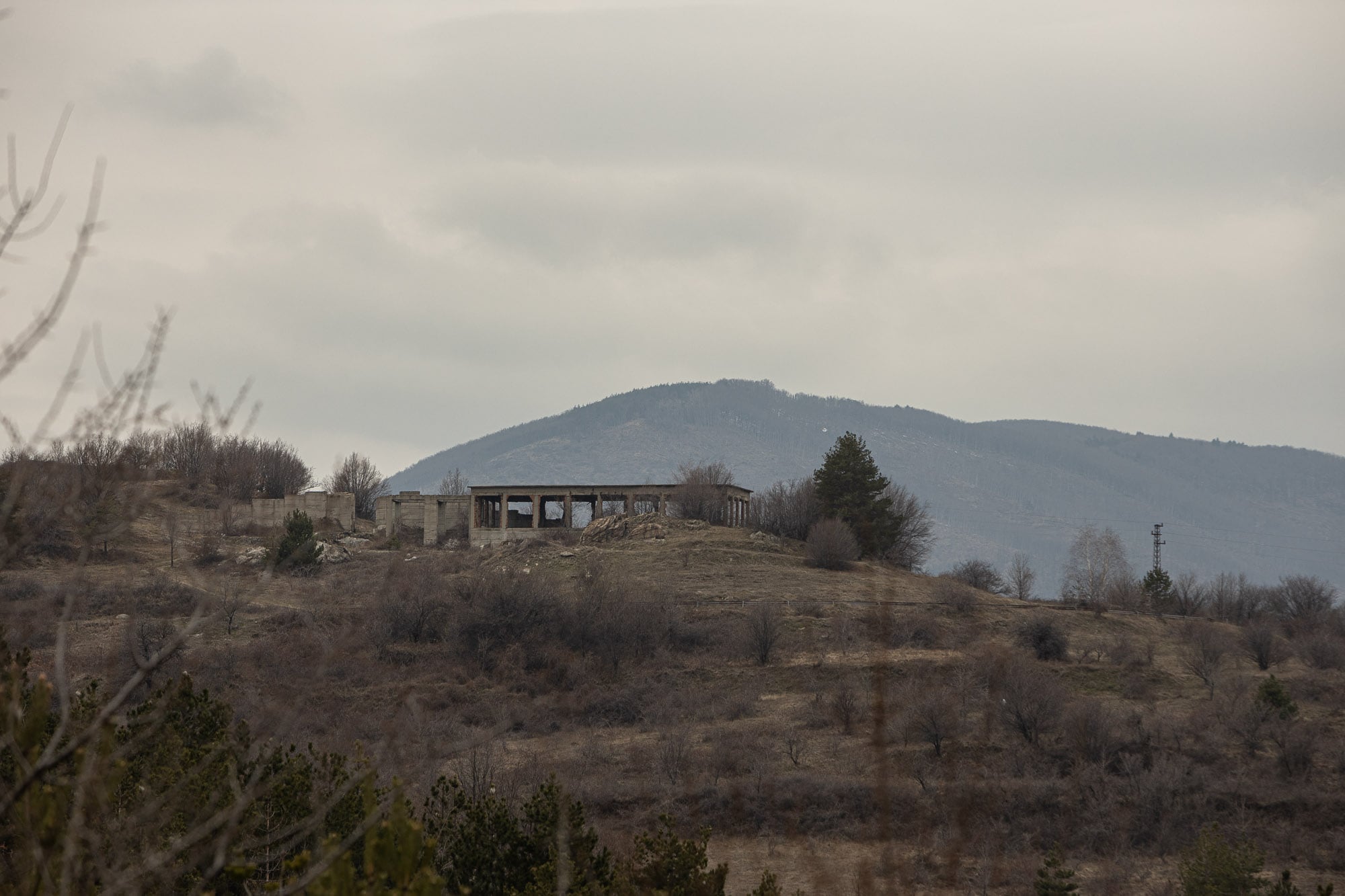 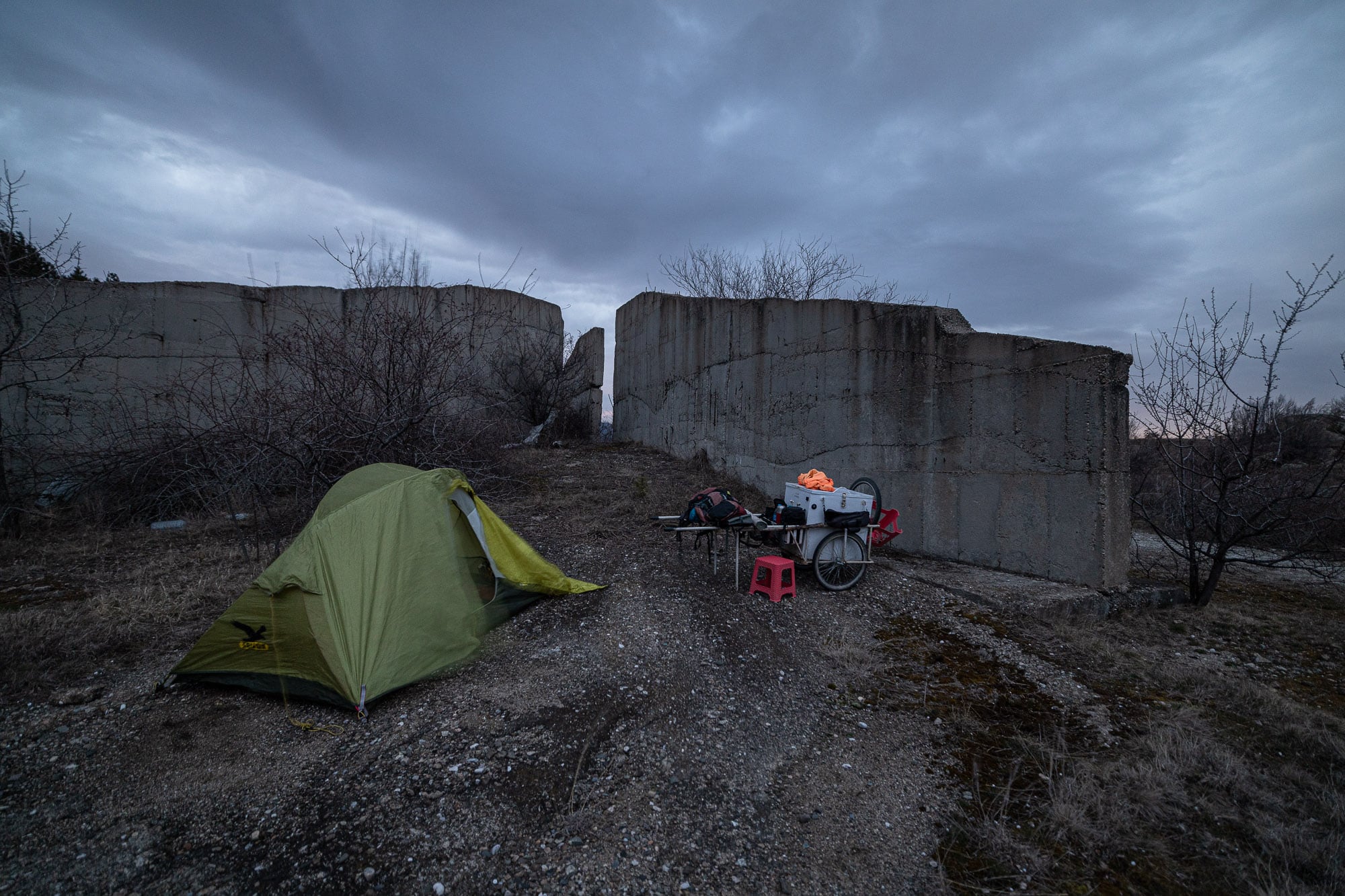