This post is about a 24km walk from Stamboliyski to Pazardzhik. I learn about martenitsi and pass through an interesting village.

When I started walking I finally understood why something had felt off about this place: Stamboliyski was a town that had been cut in two. The railroad tracks went right through its center, creating two separate parts, and I had to take a long detour over a bridge to get to the northern side.

When I noticed a shop that was selling little red and white adornments I stopped. I had seen these exact same things before in the center of Plovdiv, and I had figured that they were probably just some sort of tourist souvenirs. But what were they doing here, in the northern half of this little town?

I asked the lady who owned the shop about it, and she explained that these were martenitsi. Every year on the 1st of March, Bulgarians put these little adornments on their wrists in order to celebrate the beginning of spring. They would take them off after a while, usually once they had seen their first stork of the year, or a fruit tree in bloom. Then they would hang their martenitsa on a tree to bless it.

And I remembered that I had seen just that a while ago: little red and white adornments hanging from the twigs of a tree. They had been martenitsi from the year before.

I arrived in an interesting village after that. It was different from the various types of settlements that I had seen so far:

Of course no village was 100% homogenous, and many were very mixed, but generally, these seemed to be the categories that I had observed.

Turkish without a mosque?

Trivoditsi was different, though. The houses were well-kept and the streets were clean, but there were a lot of people outside. Some seemed to be just hanging out while others were working on their homes. One time I passed a greenhouse where three young men were packing up spring onions. They were listening to music that sounded Turkish to me. Everyone waved back when I said hello. A few people were sitting around a table in the sun. I decided to ask them about the village.

They smiled at me, but it turned out that I didn’t get anywhere with English, Russian, or the translation app. In the end I tried a few words I knew in Turkish.

Here: Turk? I asked them.

Where: Mosque? I asked.

“No mosque,” they said, “Pazardzhik!”

Pazardzhik was the next town.

I was still confused about the village when I got back to the main road and saw a recycling yard. Some guys were working with scrap metal. We waved at each other, and one of them came over. He spoke a bit of English and a bit of Russian. We talked about where I was going (Pazardzhik), and he explained the way in great detail.

When I told him that I liked the village of Trivoditsi, he smiled, pointed at himself and then at the village. Then he said: “Romani.”

The northern part of Stamboliyski: 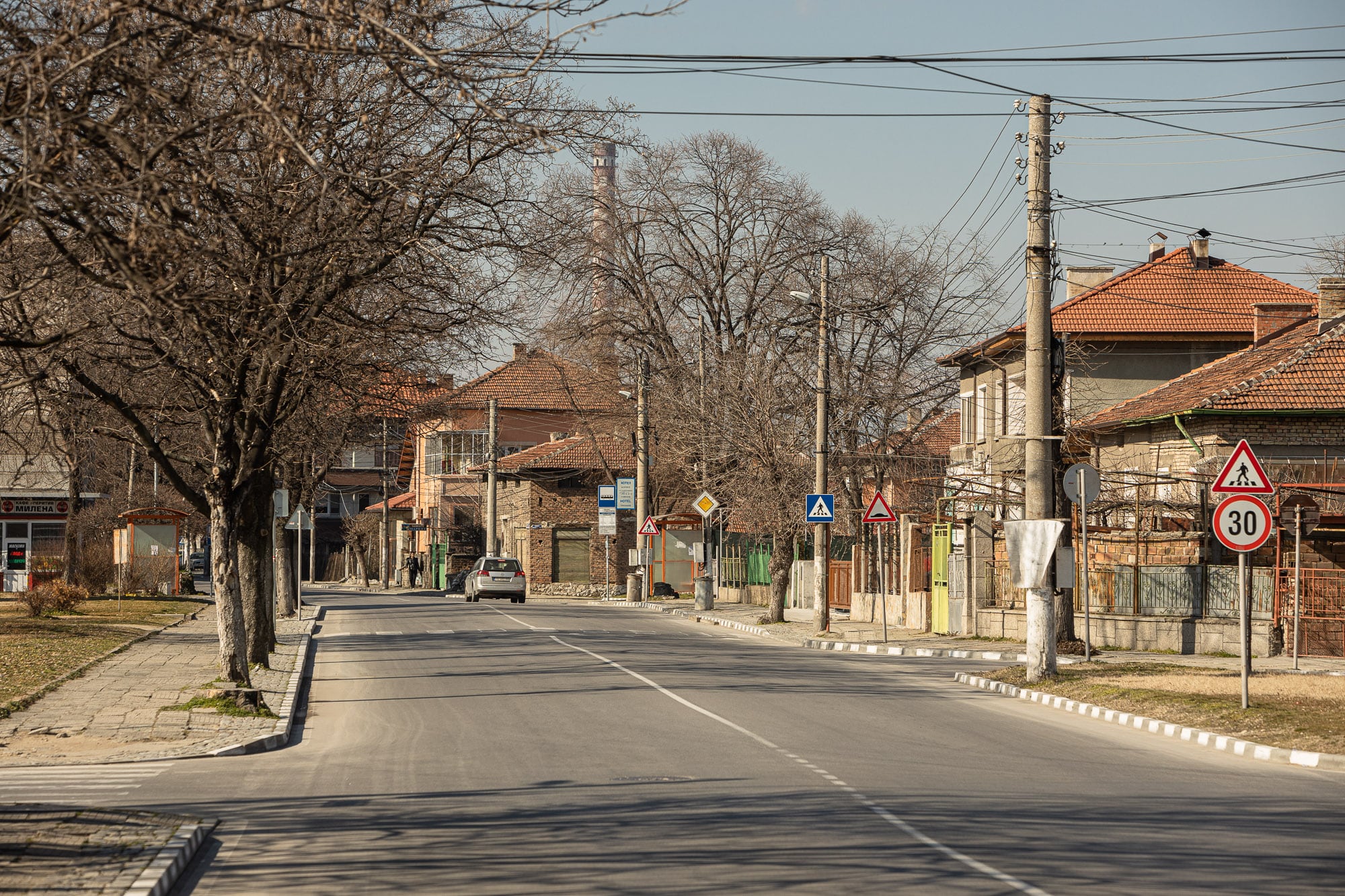 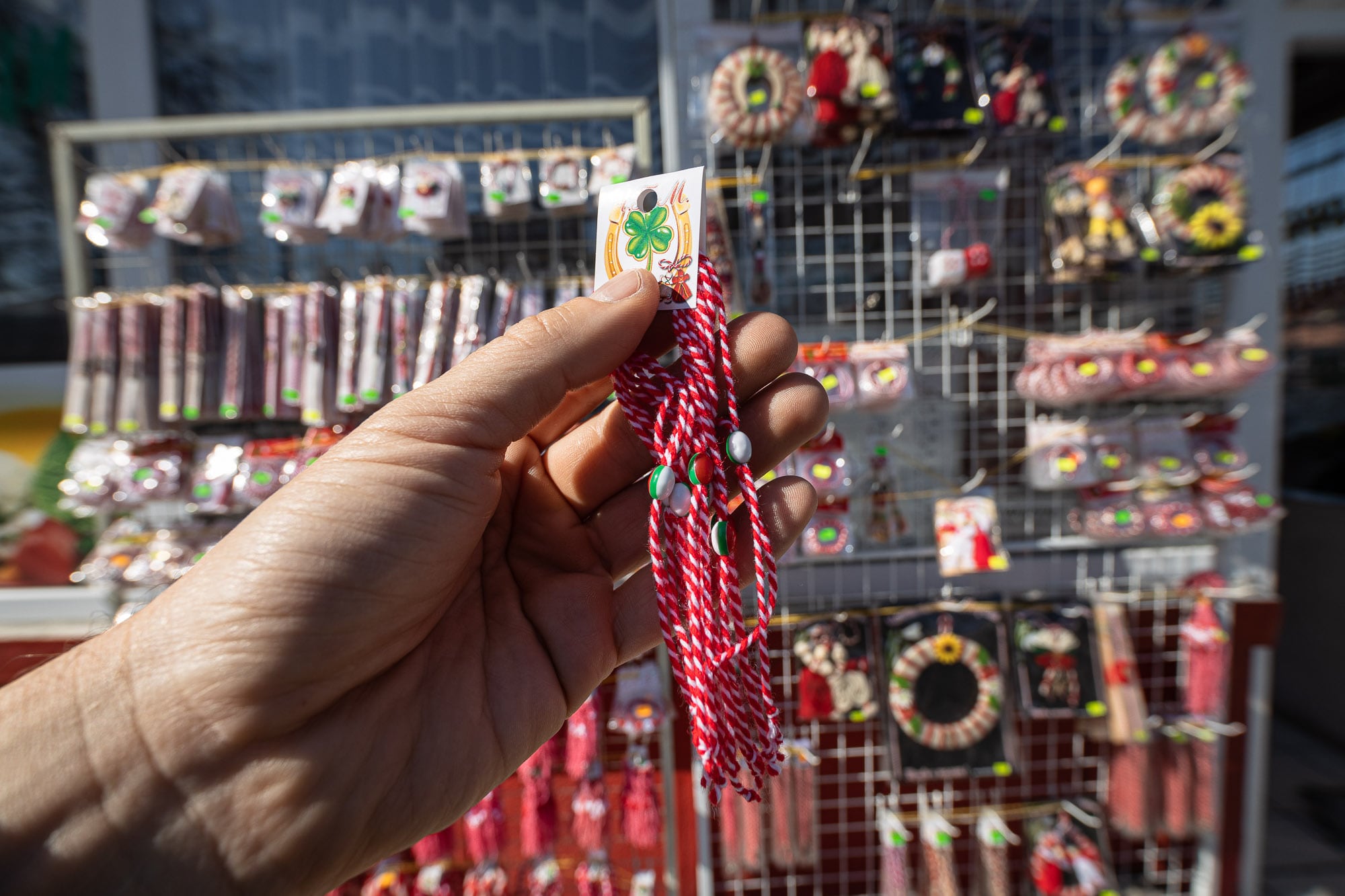 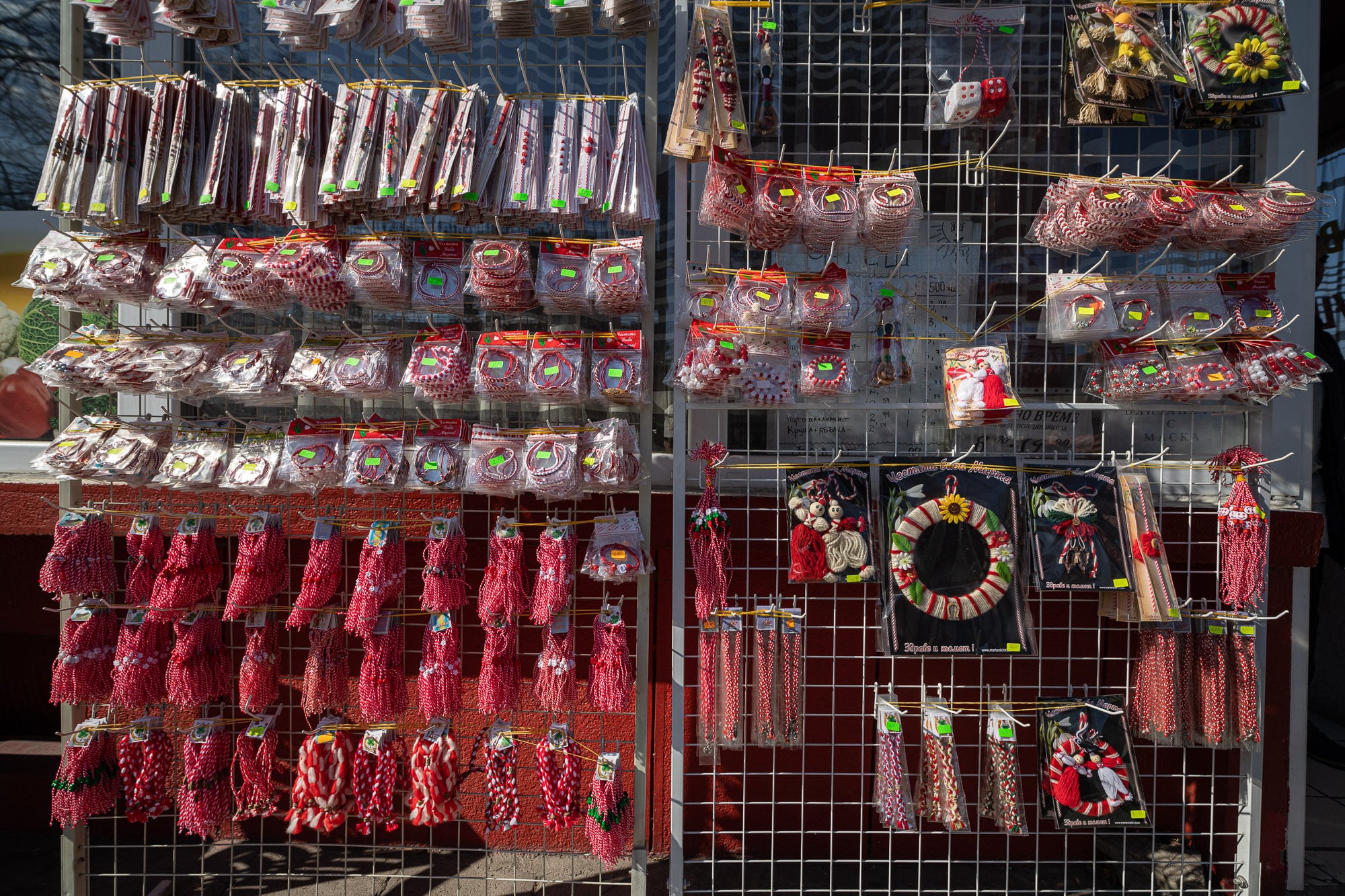 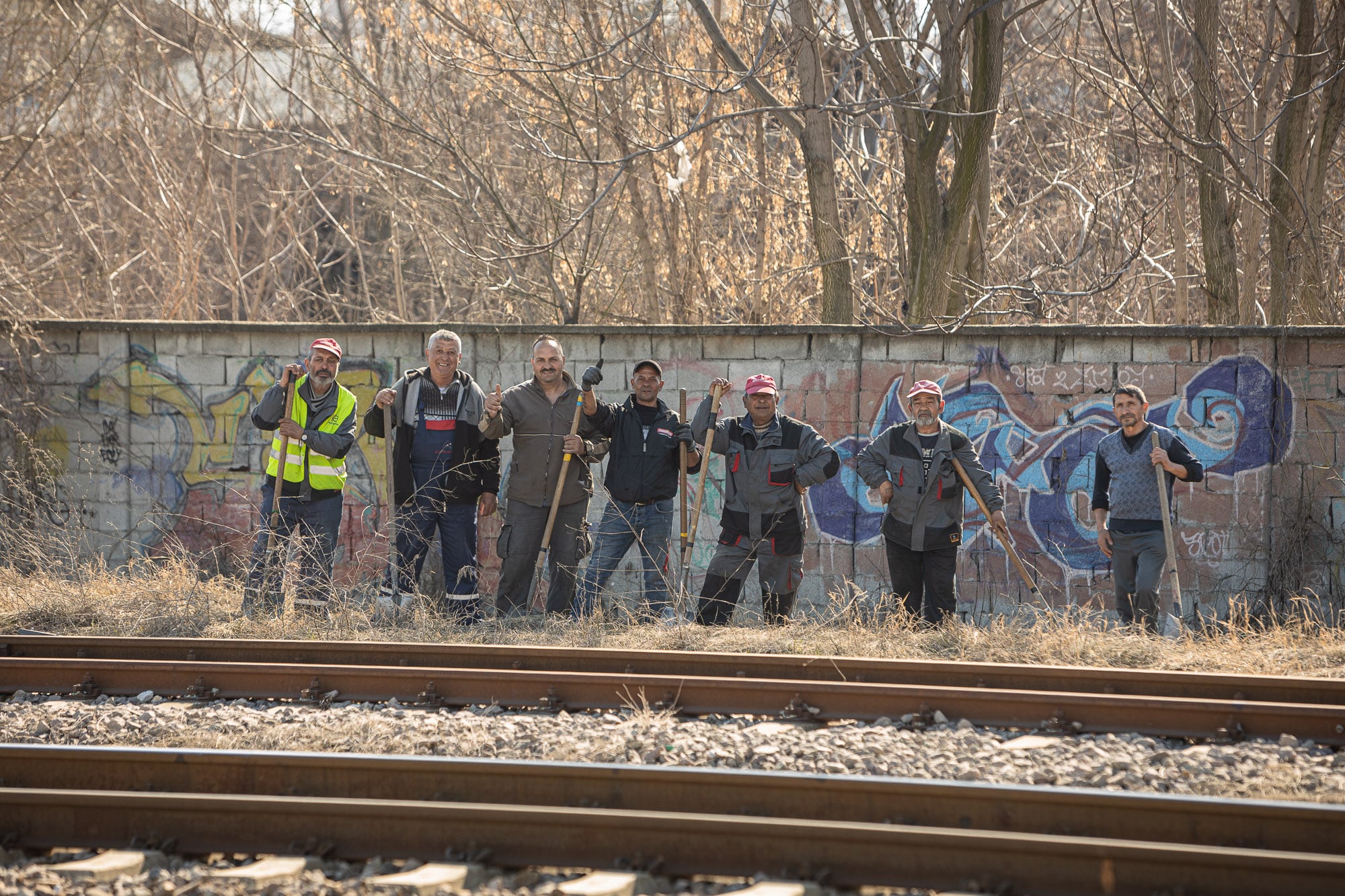 The road to walk from Stamboliyski to Pazardzhik: 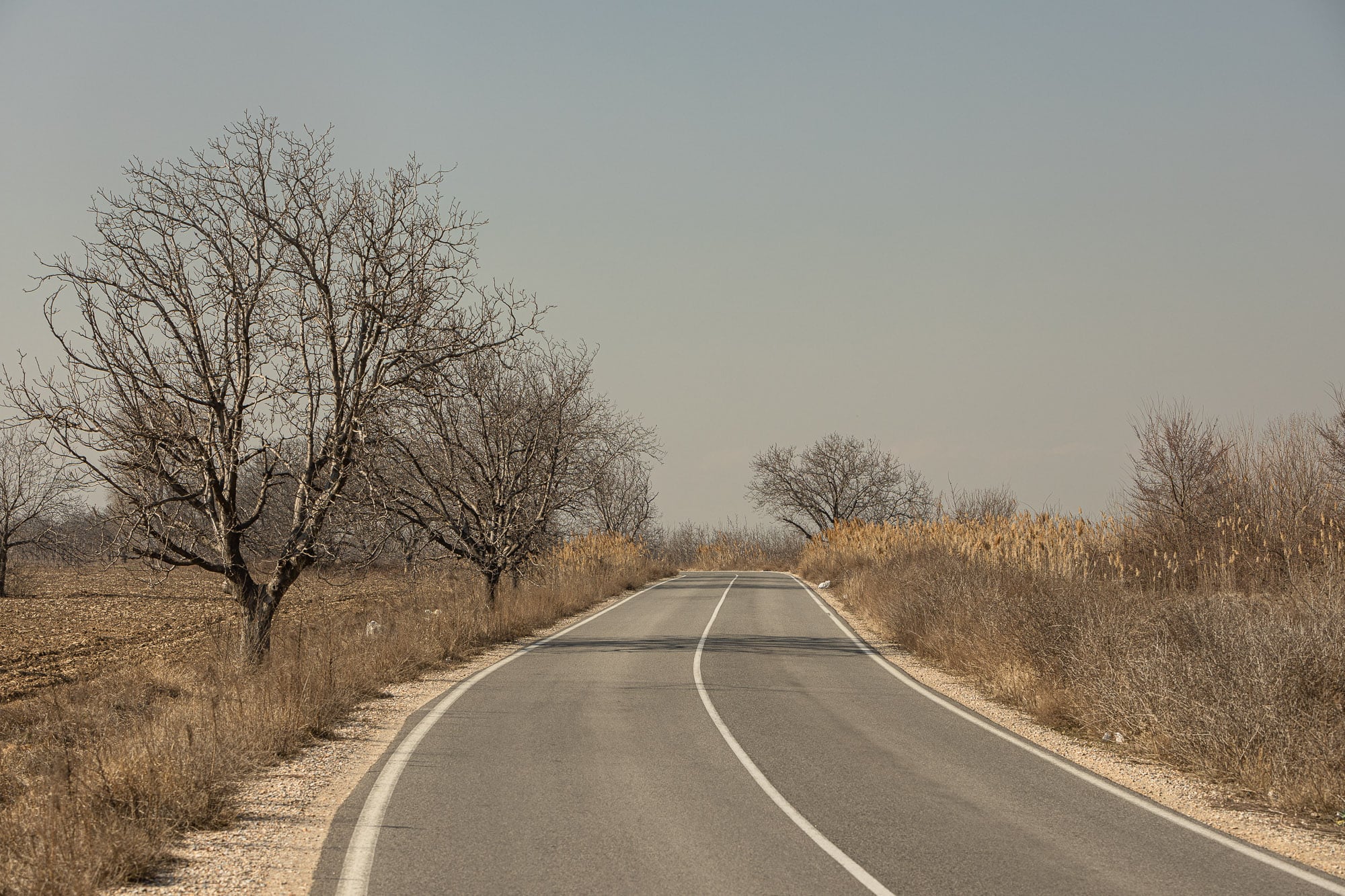 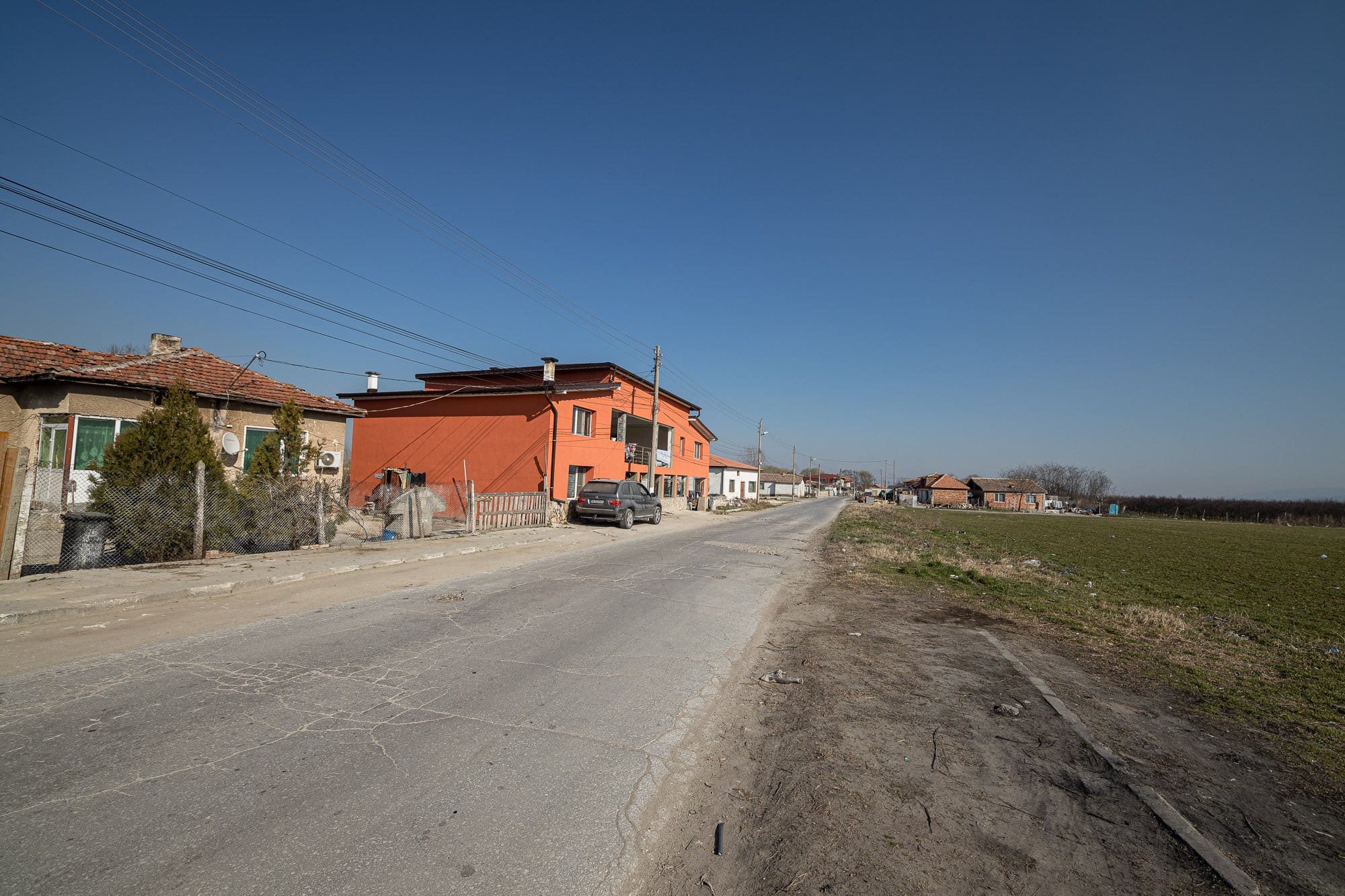 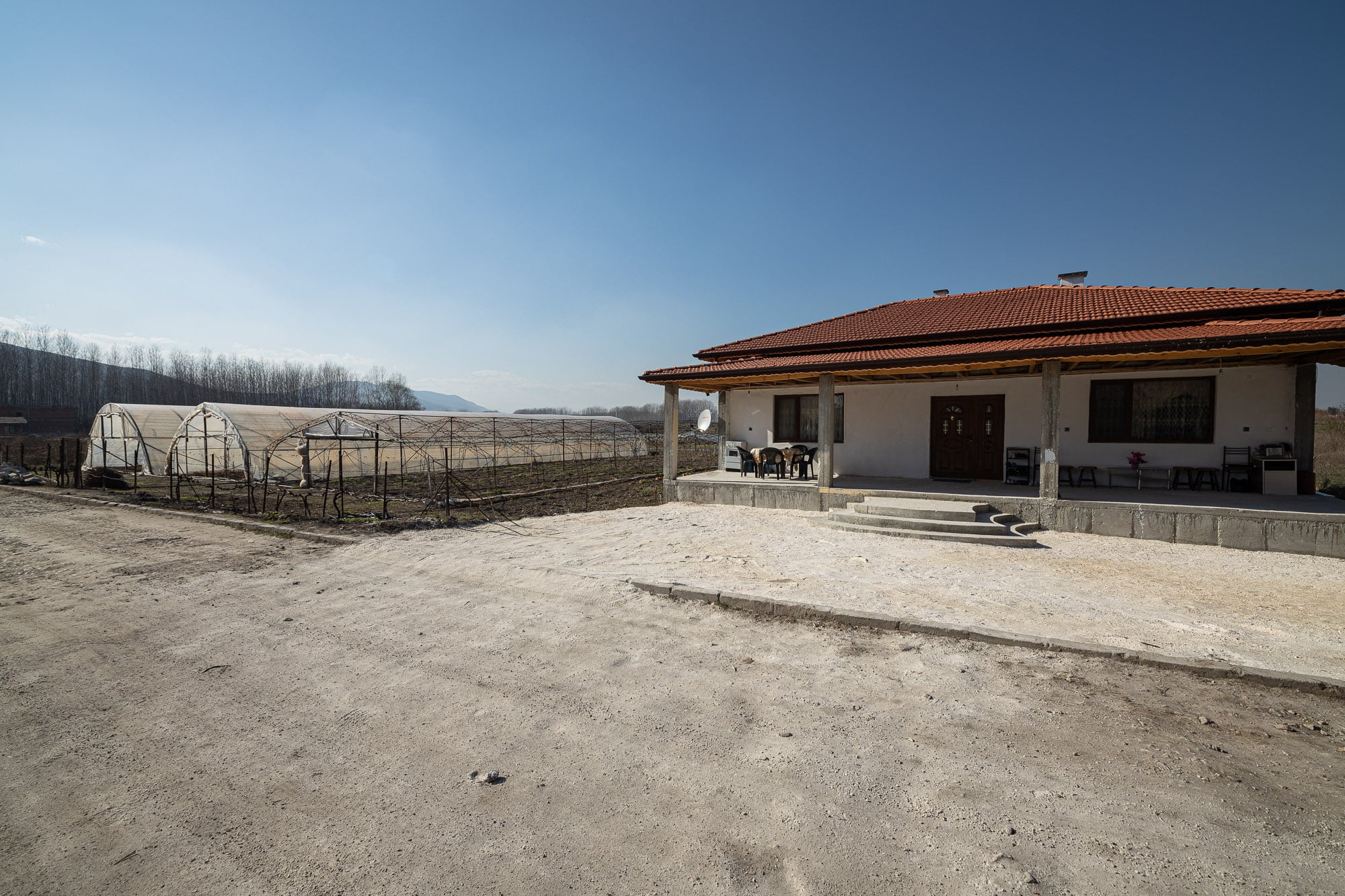 There cannot be a street corner without a coffee machine in Bulgaria: 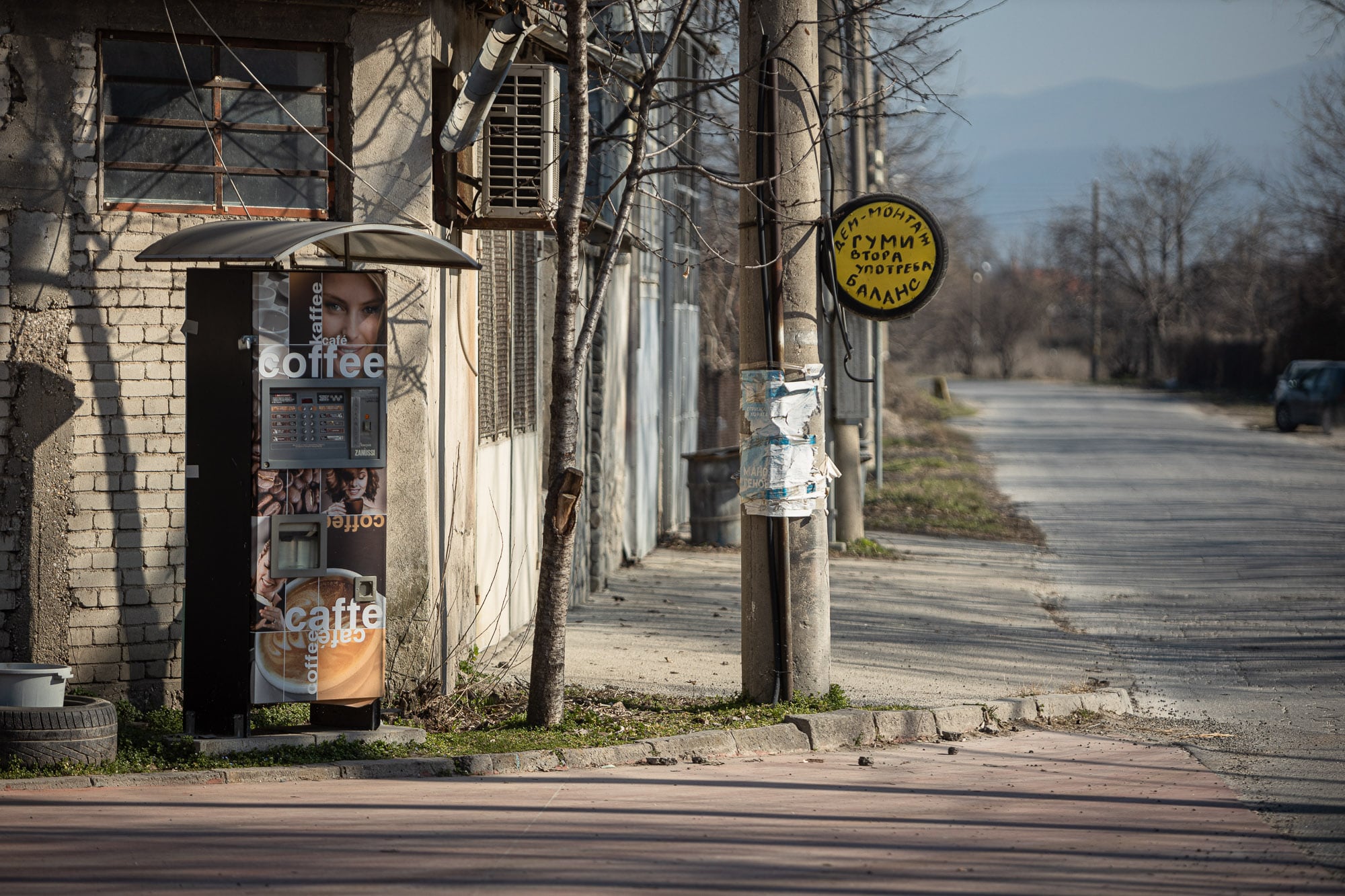 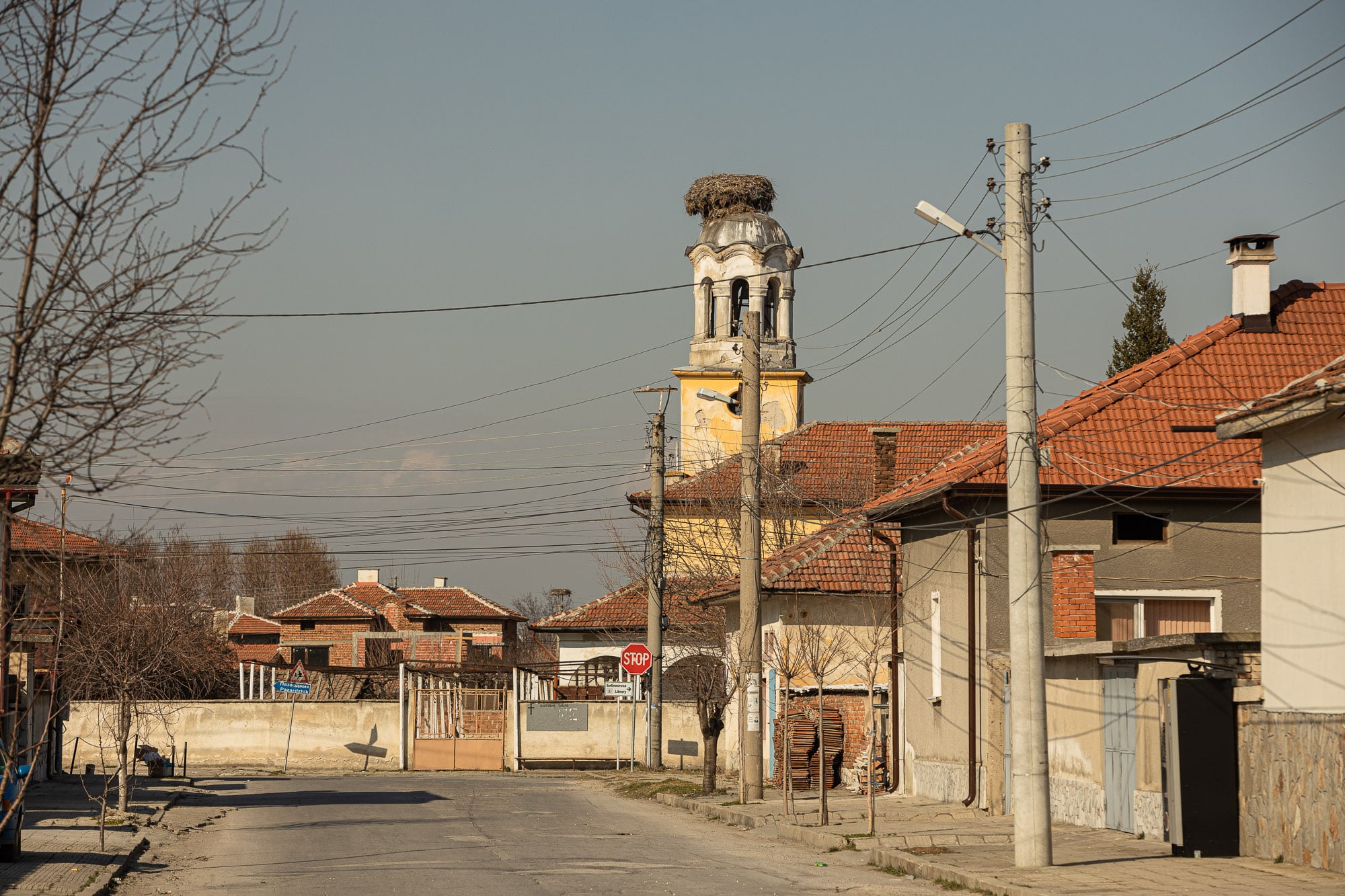 All ways lead to Plovdiv: 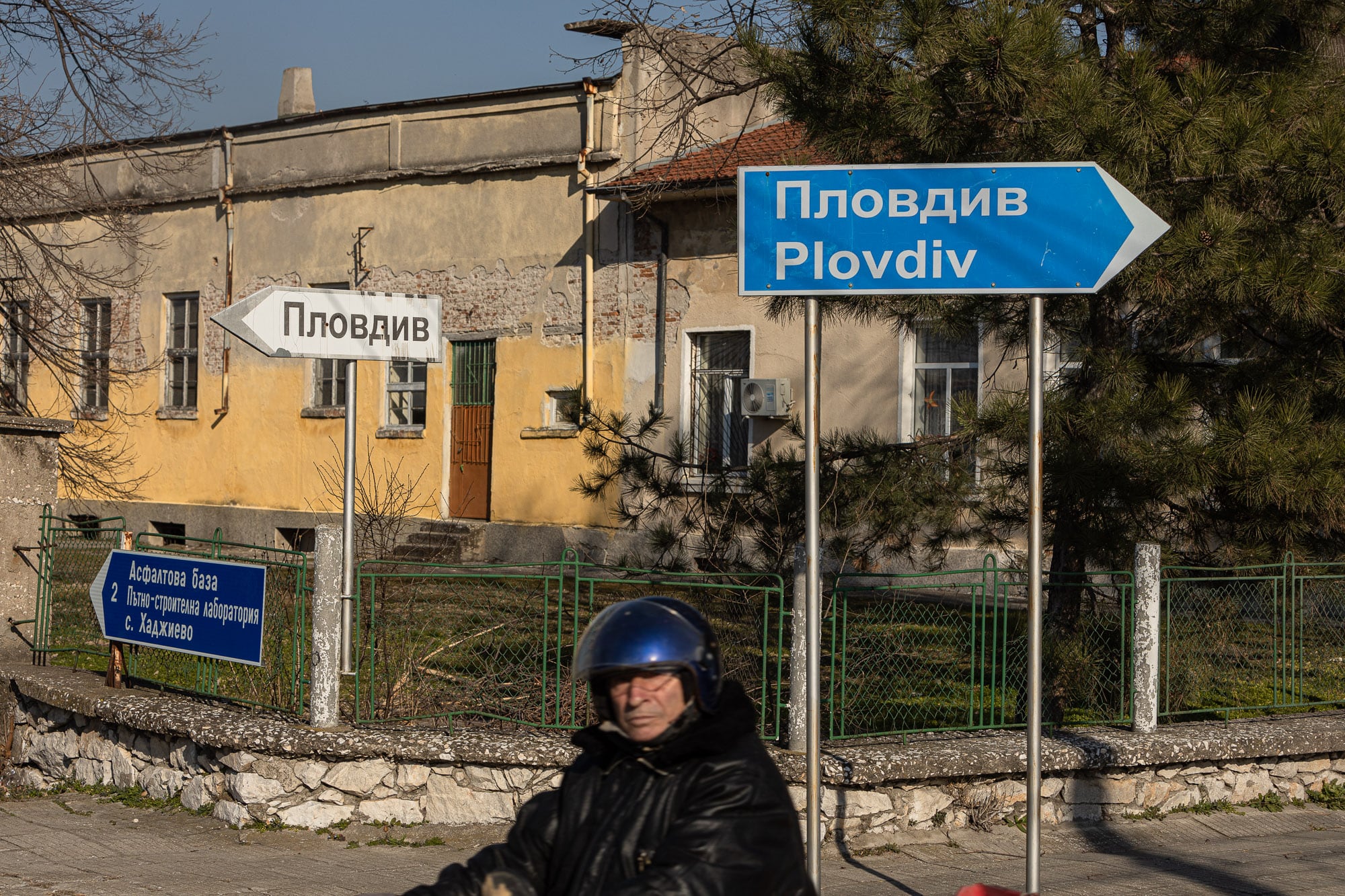 Memorial to Lyubomir near Hadzhievo: 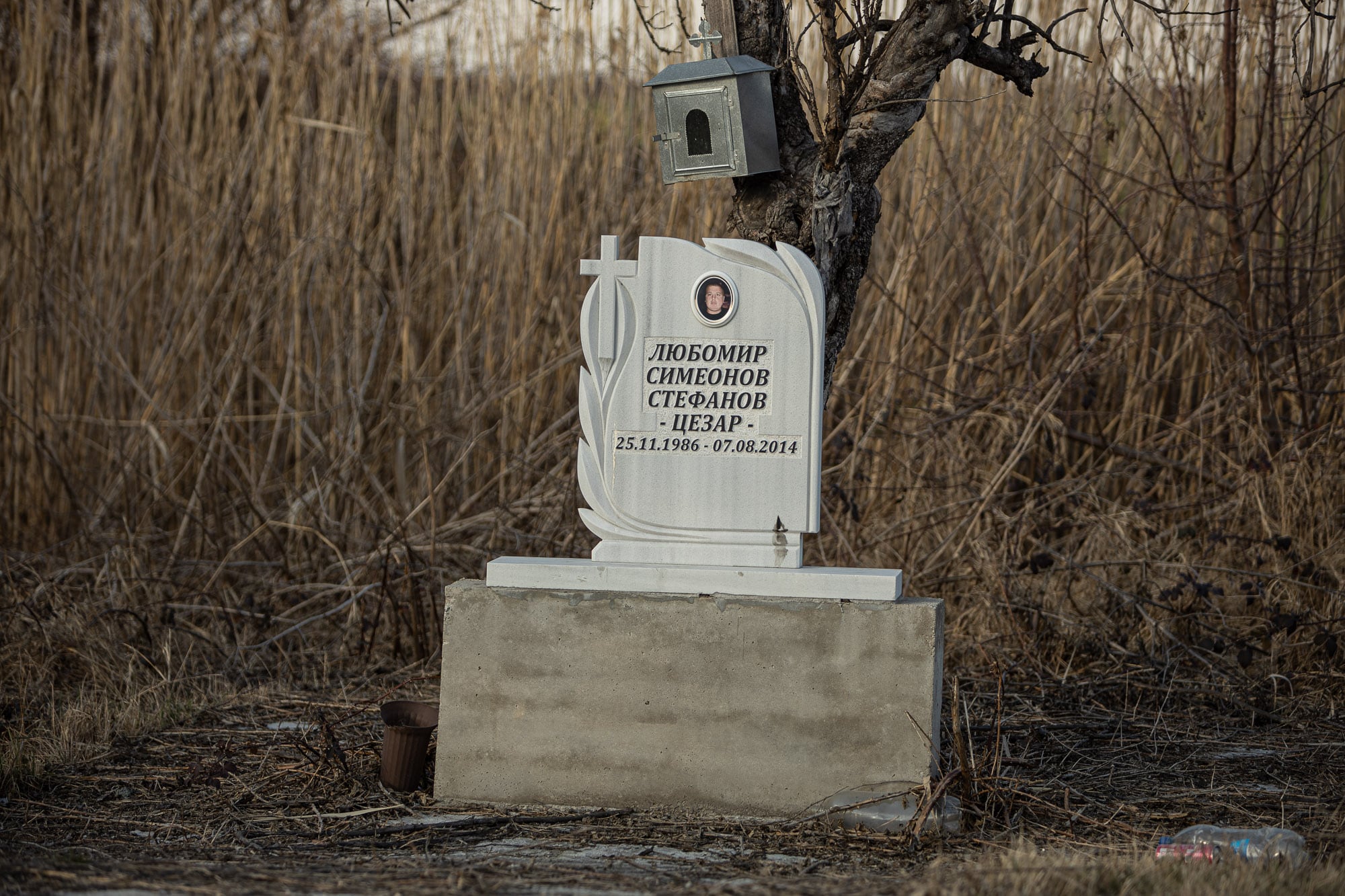 Afternoon sun on the way: 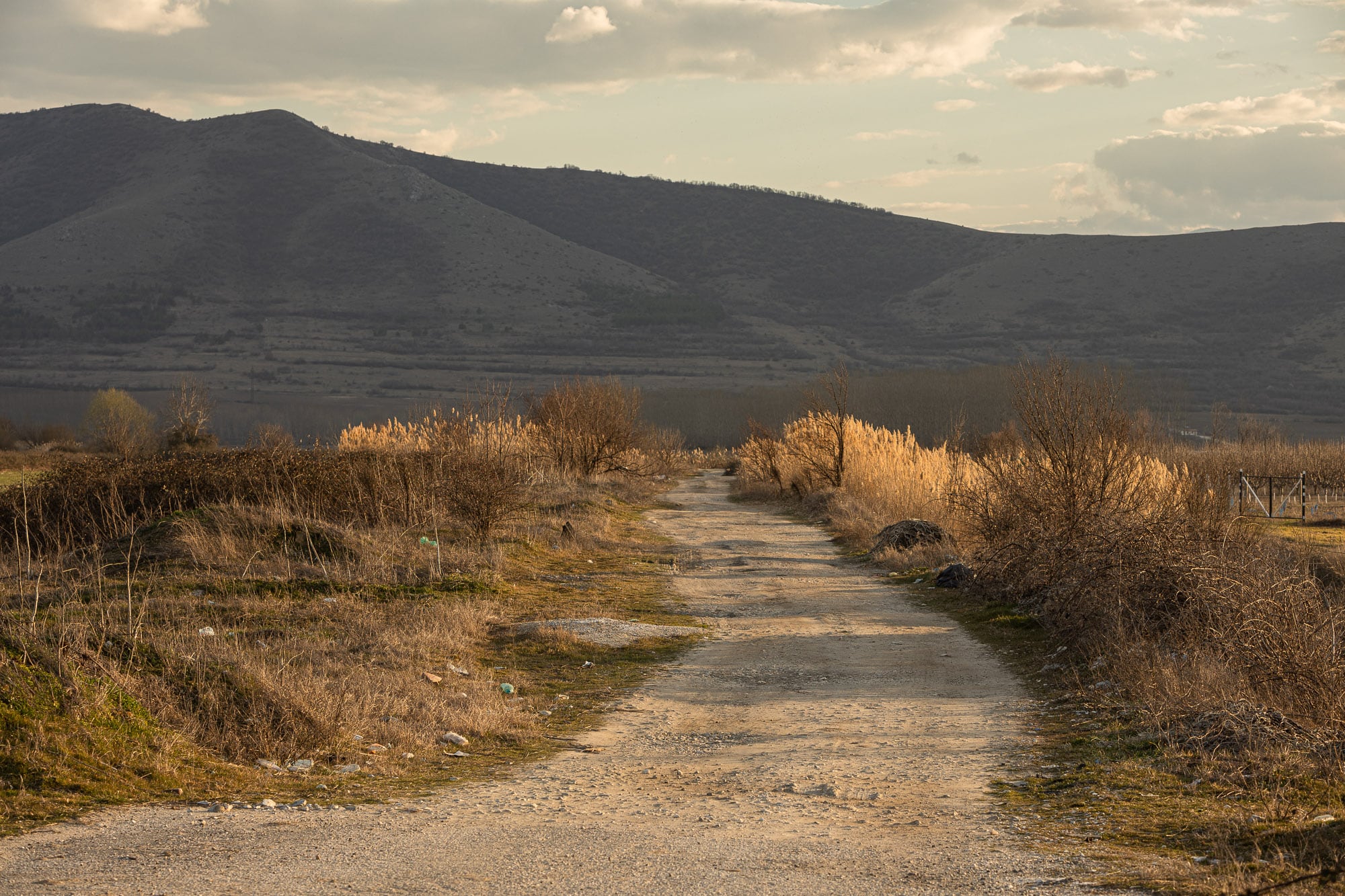 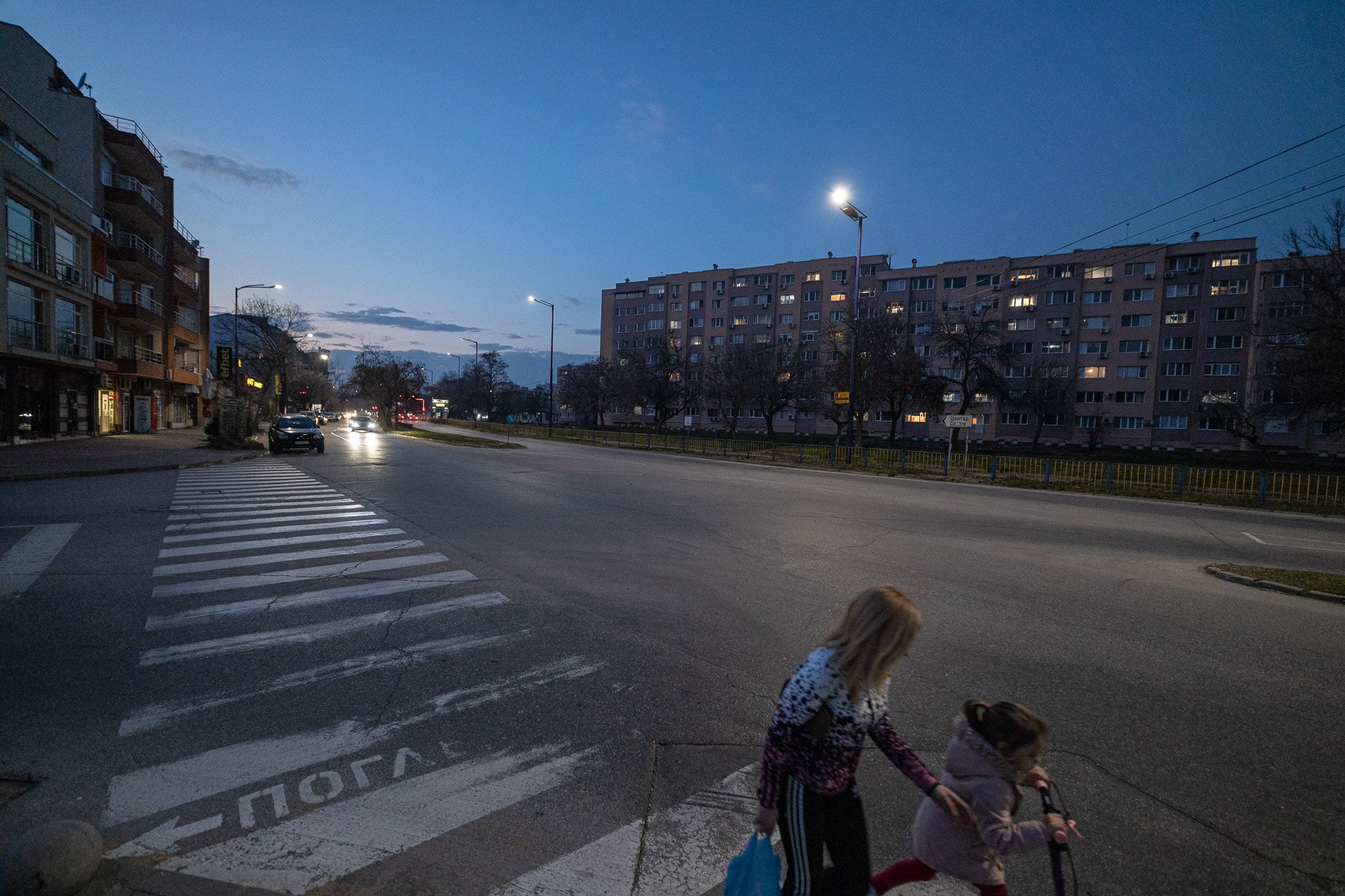 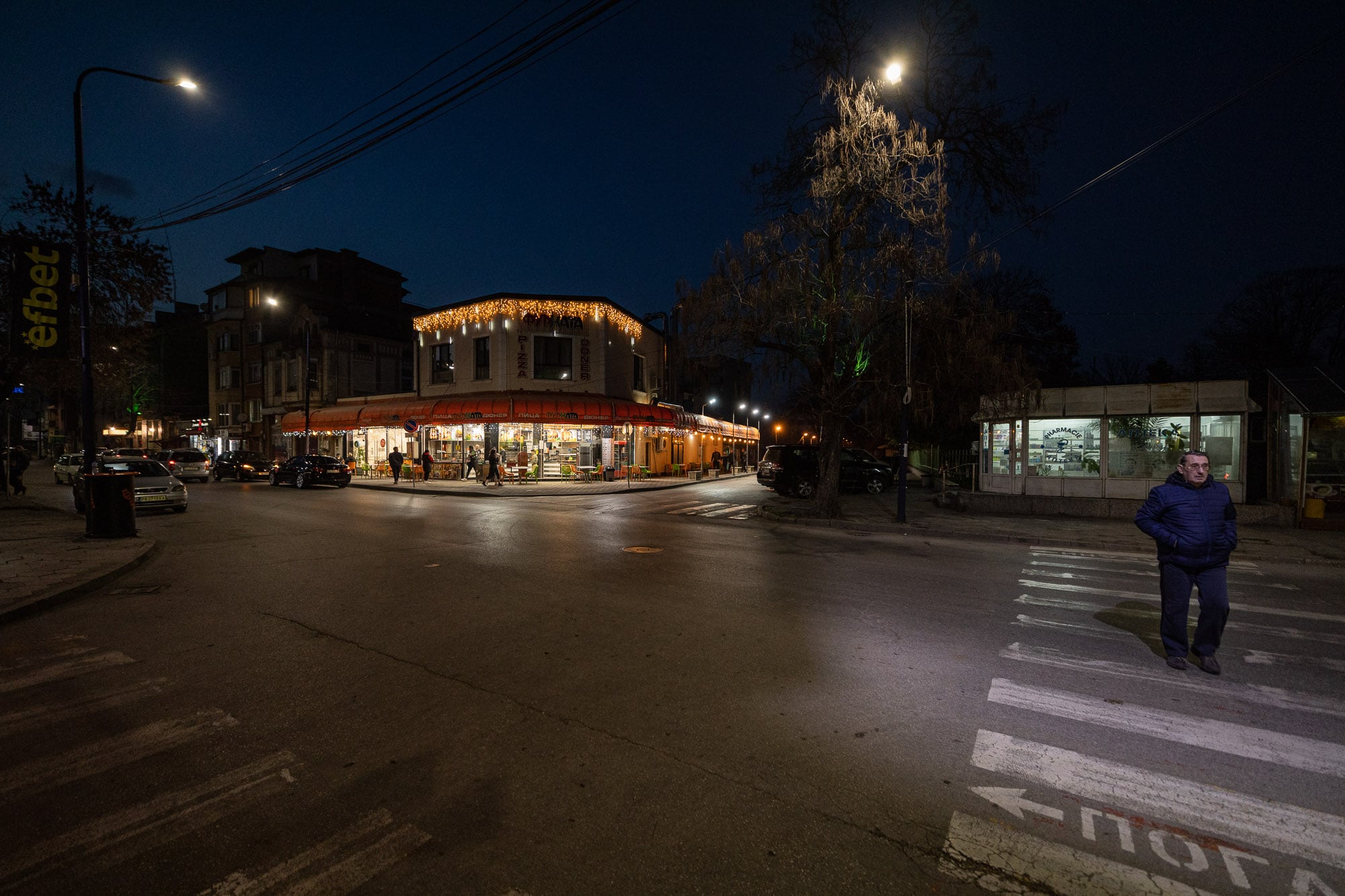 Day 527
from Stamboliyski to Pazardzhik