This post is about a 23km walk from Haskovo to Mineralni Bani. I look at a huge monument of the Virgin Mary, then I take a hot bath.

My host Ivan had warned me that his house was undergoing renovation, and so everything was going to be pretty basic. I found it perfectly fine anyway. The electricity worked, and there were containers with water. And the best thing: in the evening a fat little Fluffster came to visit. And then she came back again in the morning to say goodbye!

I walked through the tiniest back alleys until I reached the Monument of the Holy Mother of God. It was a massive statue of the Virgin Mary holding the infant Jesus. Apparently it was the tallest of its kind in the world. It reminded me of the Mother of Georgia in Tbilisi. I didn’t particularly care for monuments like these, but I figured that statues of moms were still better than many other statues.

I left Haskovo on a quiet road, passed by a few junkyards, saw a bunch of totalled cars, and then I was on the country road that led west, in the direction of a place called Mineralni Bani.

It was warm, and there wasn’t much traffic. I had lunch by the roadside: bread, yellow cheese, lyutenitsa. Let me tell you about liutenitsa. It is a wonderful thing that has made my life in Bulgaria so much better. Lyutenitsa is a bread spread made from a bunch of vegetables, mostly tomatoes and peppers. And it is epic. I’m saying this with both my index fingers in the air to underscore just how epic it is: eeeeh-pick.

If you want to have a good time in Bulgaria, get some lyutenitsa for yourself. Even the industrially produced kind you can get in the stores tastes reliably awesome.

I arrived in Mineralni Bani by nightfall. Just as the name suggested, it was a spa town that was famous for its baths. There were a lot of hotels, and most of them had rooms with bath tubs where you could enjoy the healing powers of the local mineral water. I got a room with a tub, then I went out and bought some beer and some peanuts. 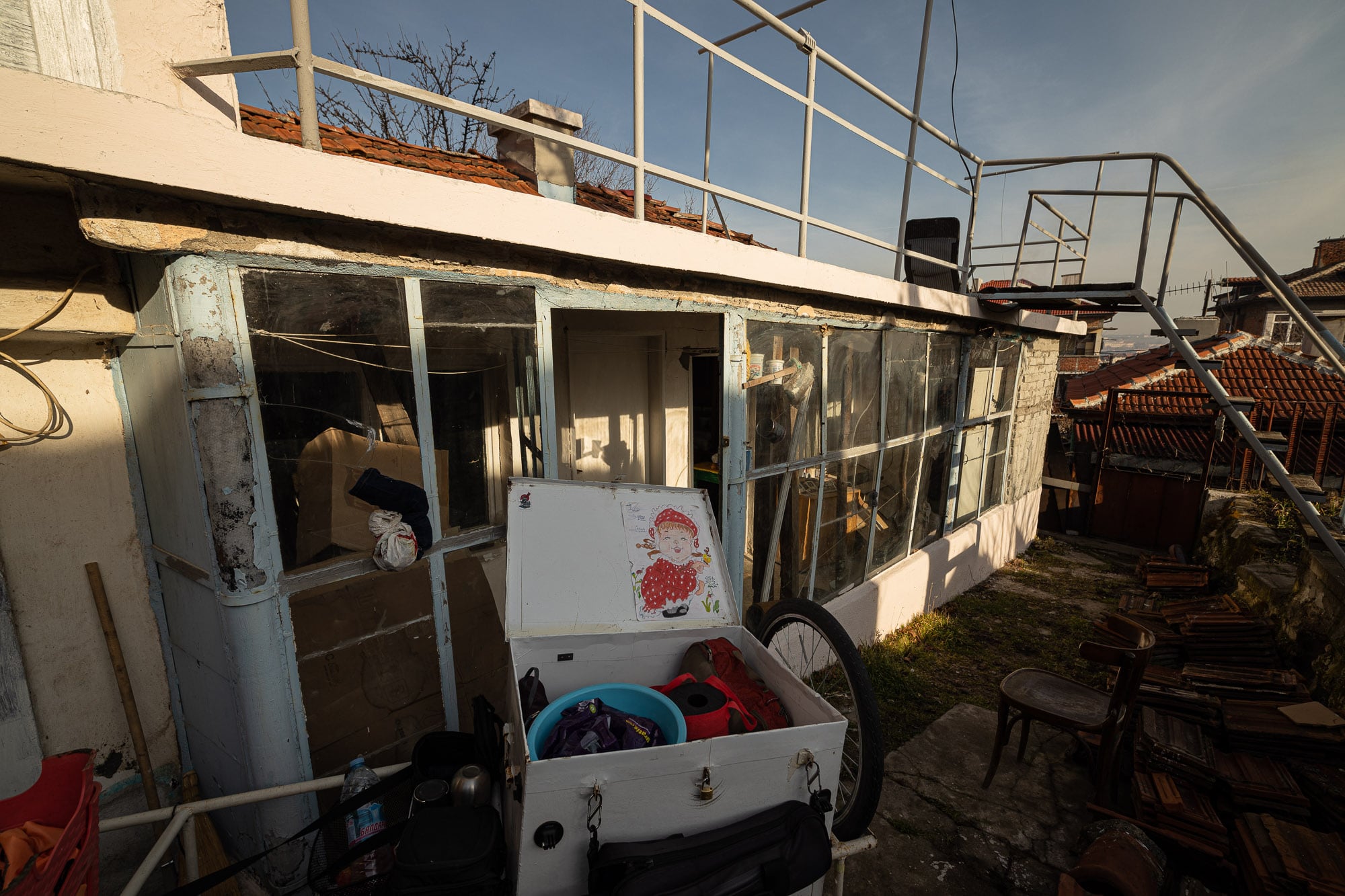 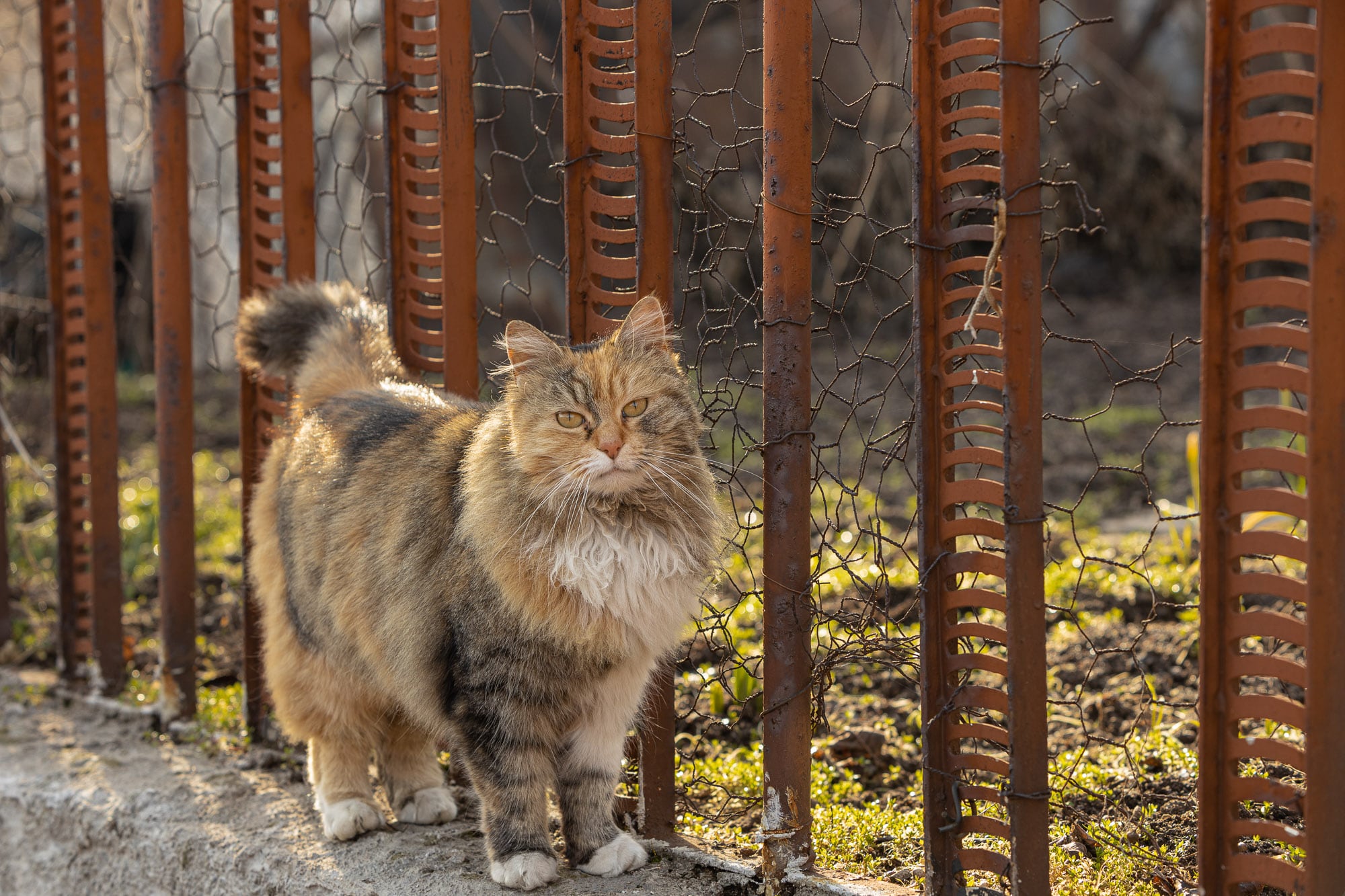 The tiny back alleys of Haskovo: 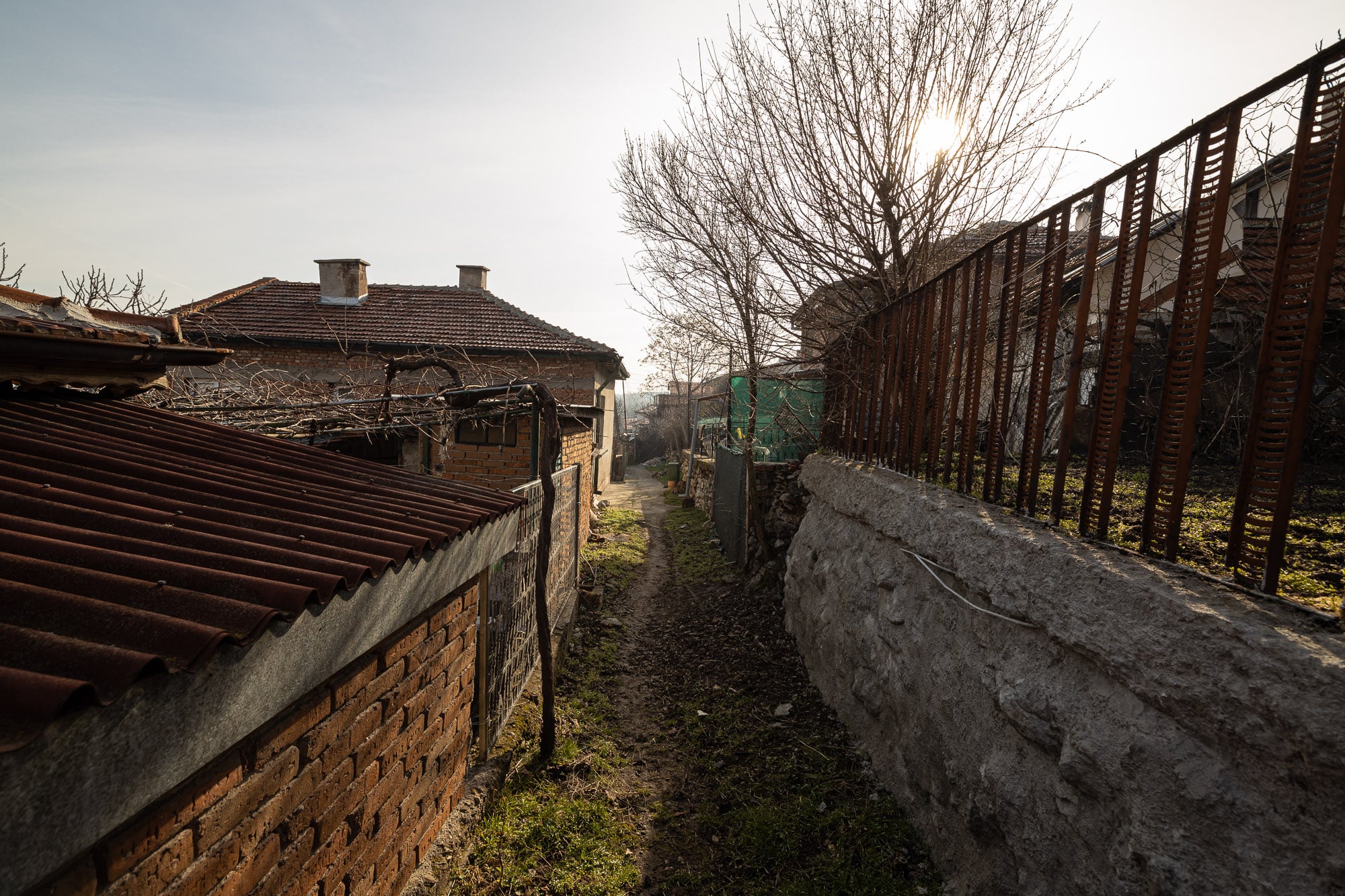 The Caboose with the Monument of the Holy Mother of God: 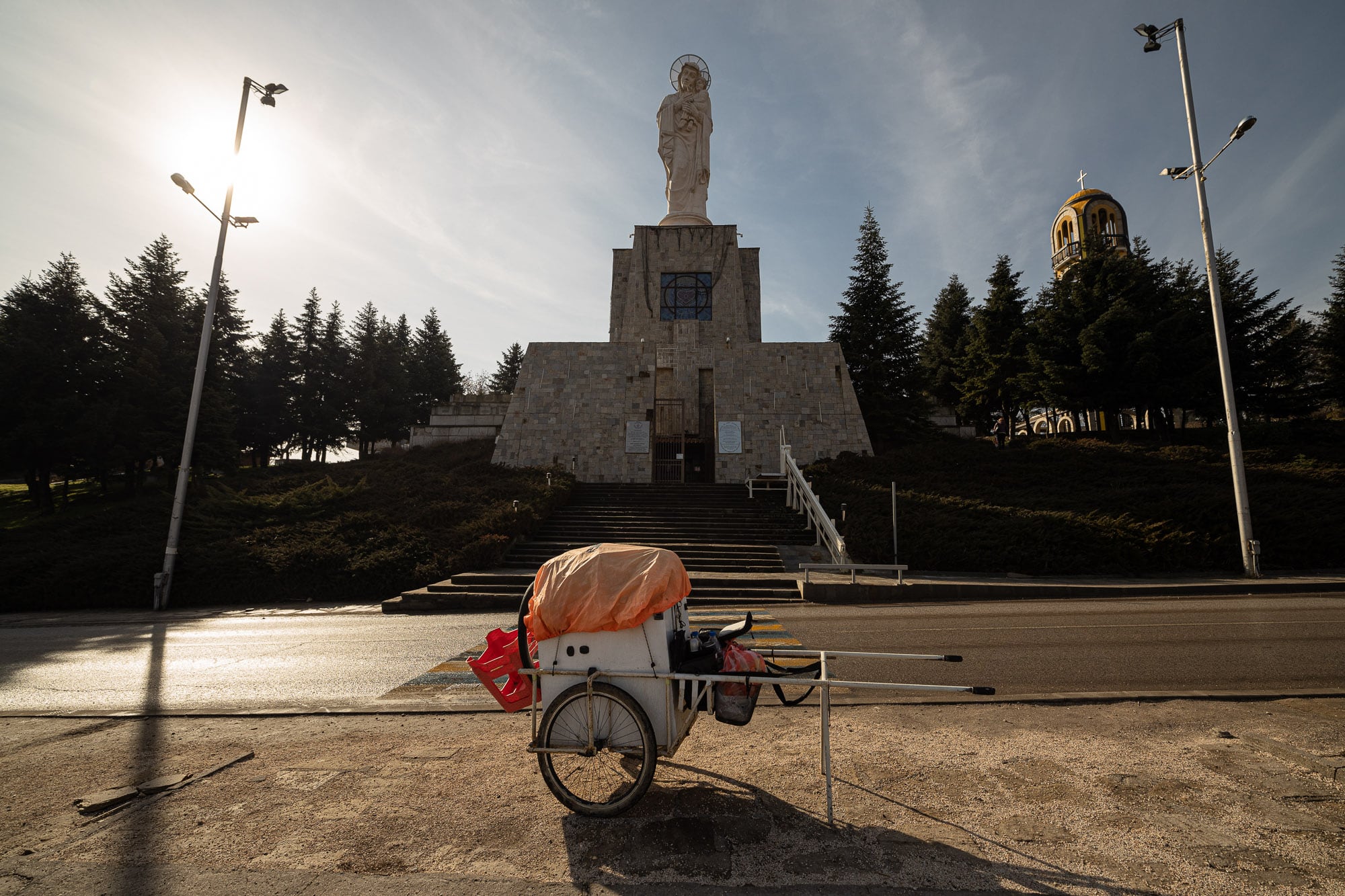 The Monument of the Holy Mother of God: 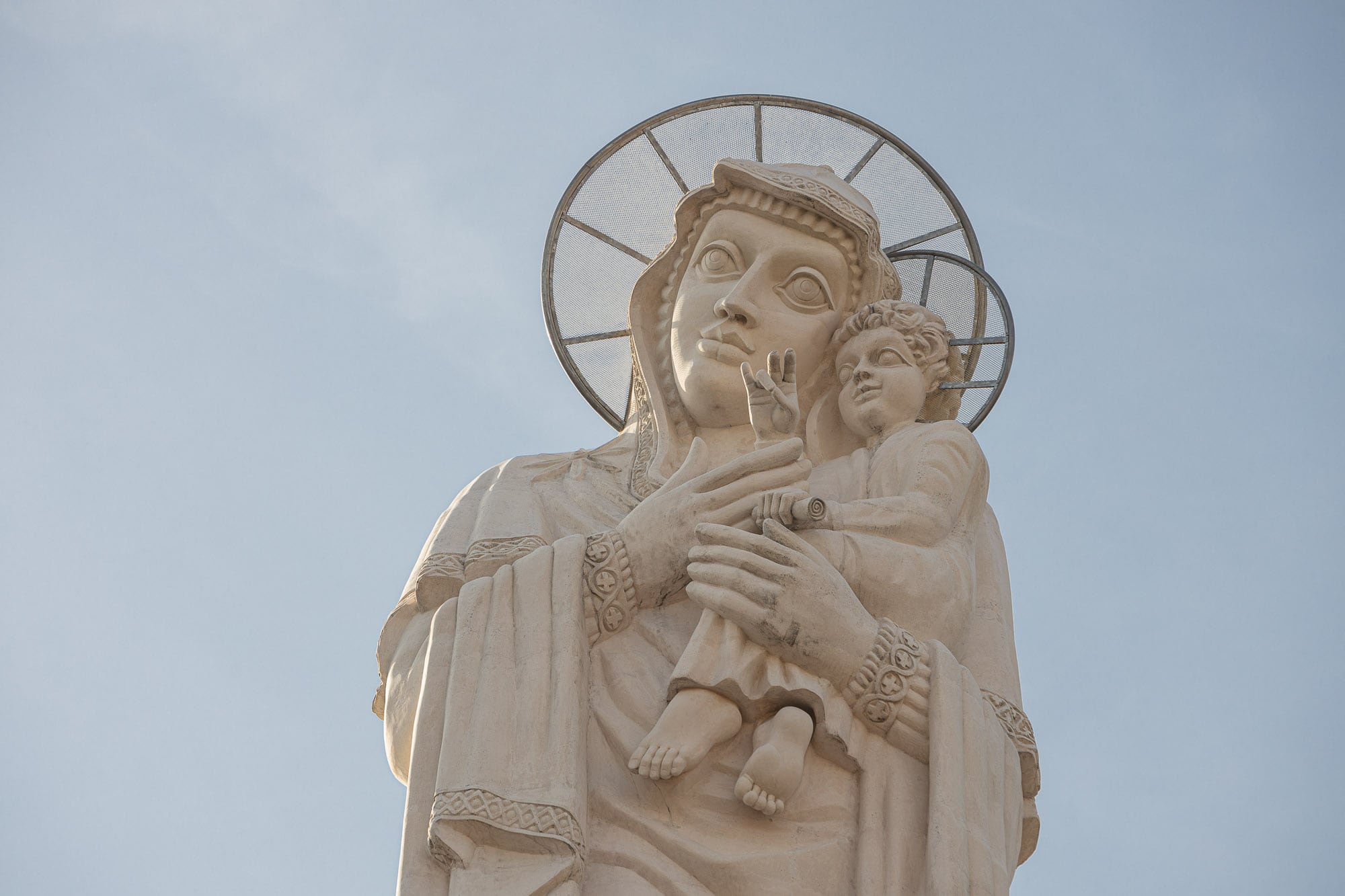 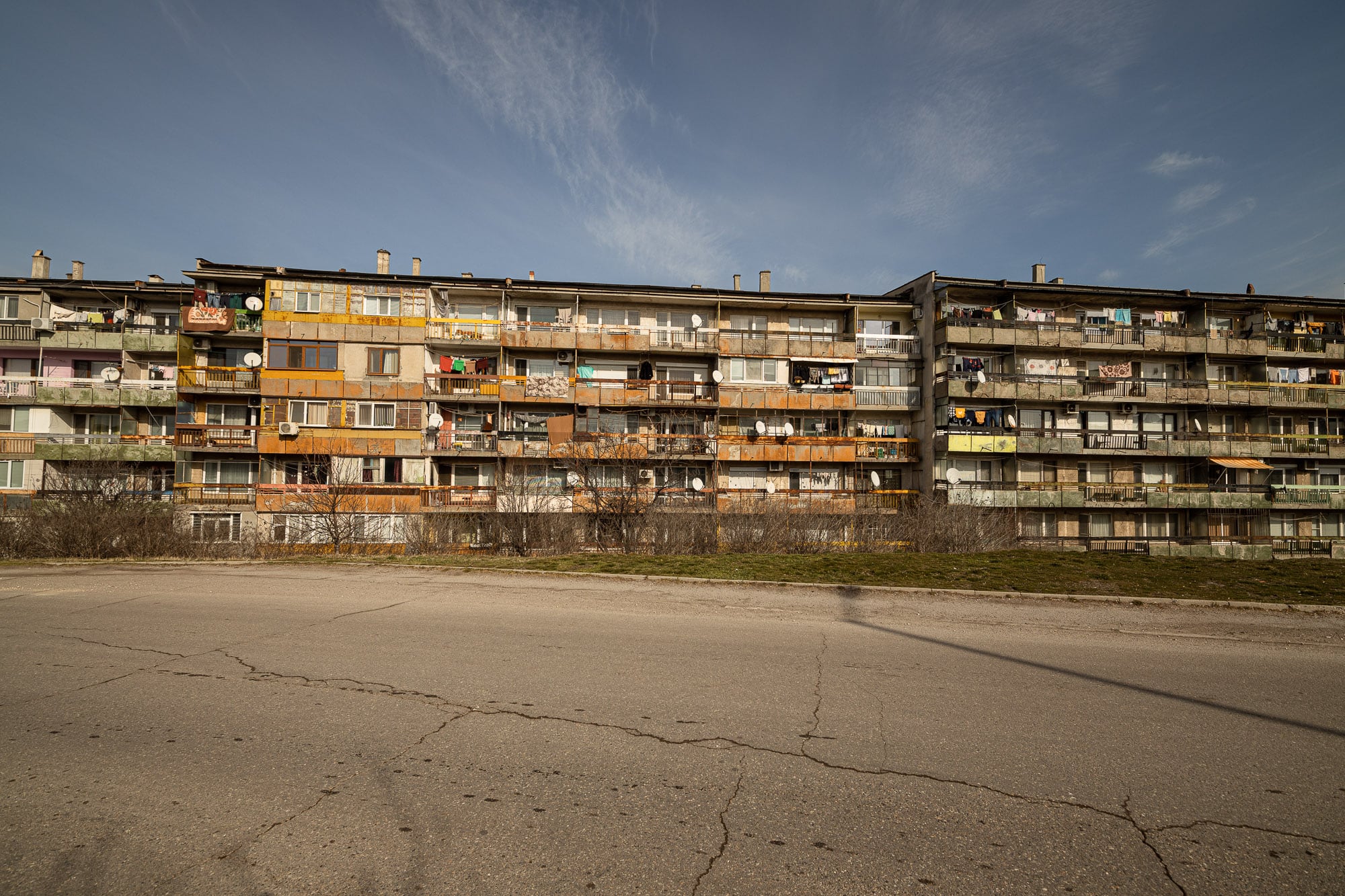 Totalled cars in a junk yard: 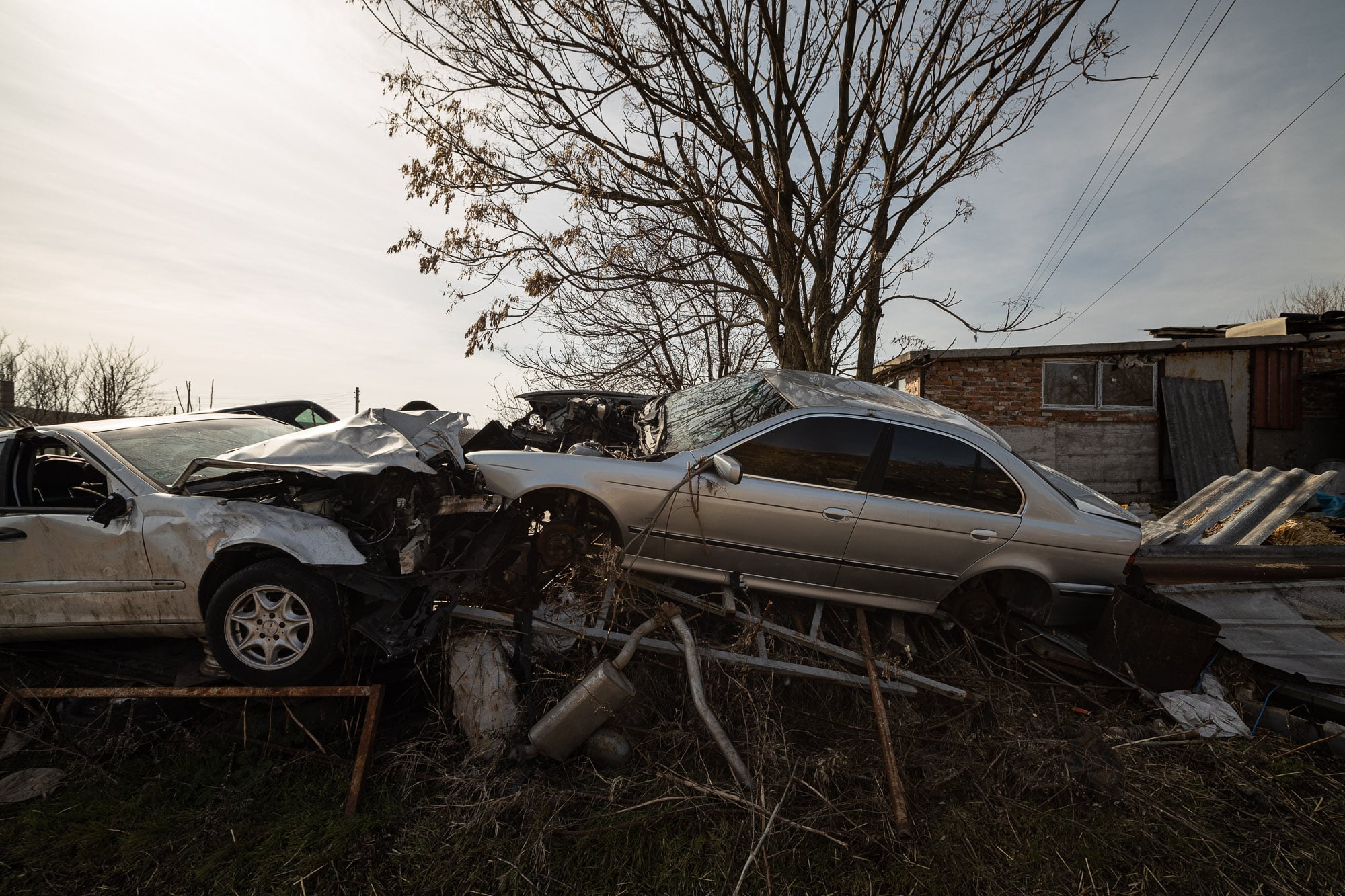 A glass of lyutenitsa: 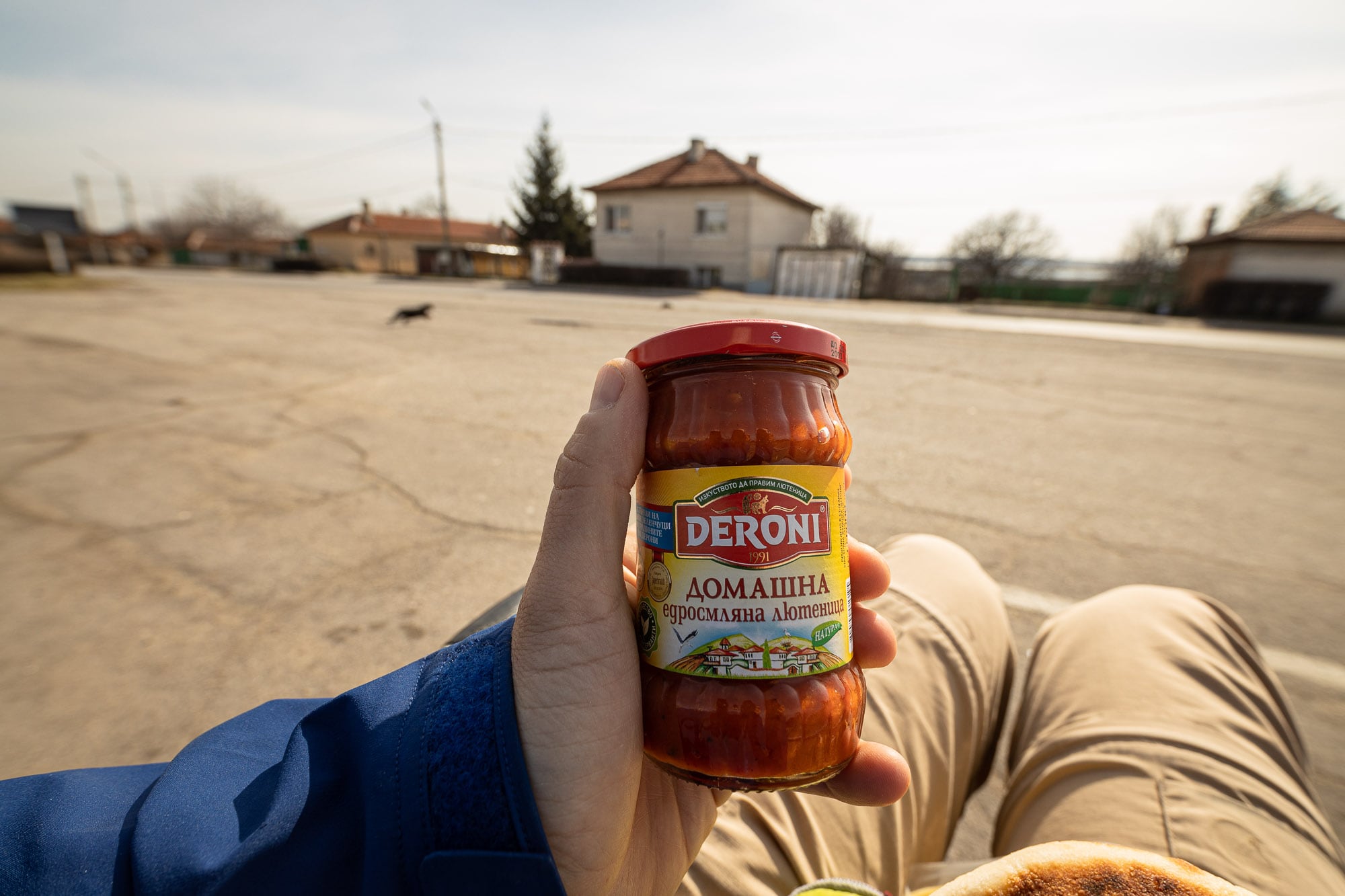 The road to walk from Haskovo to Mineralni Bani: 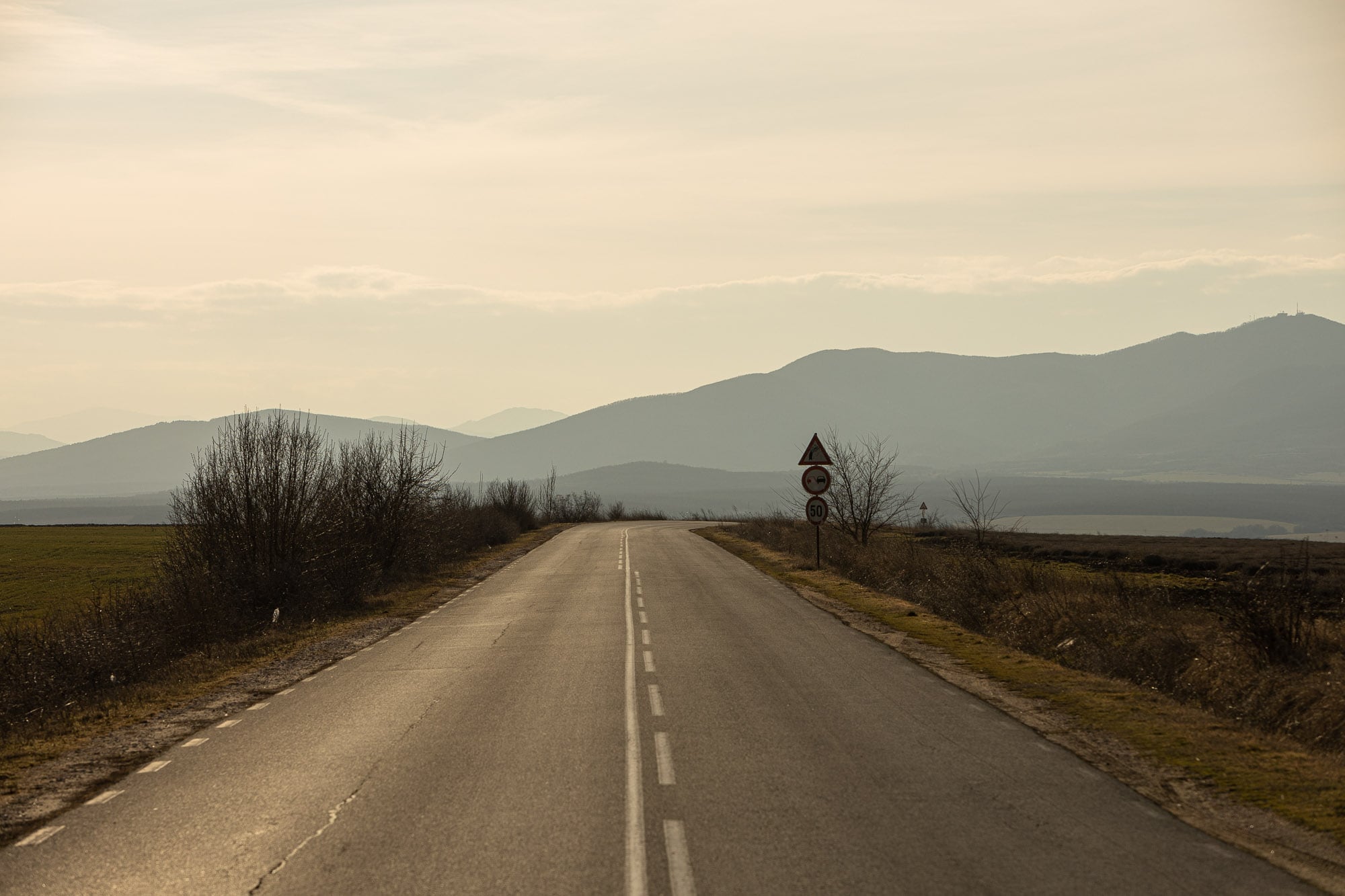 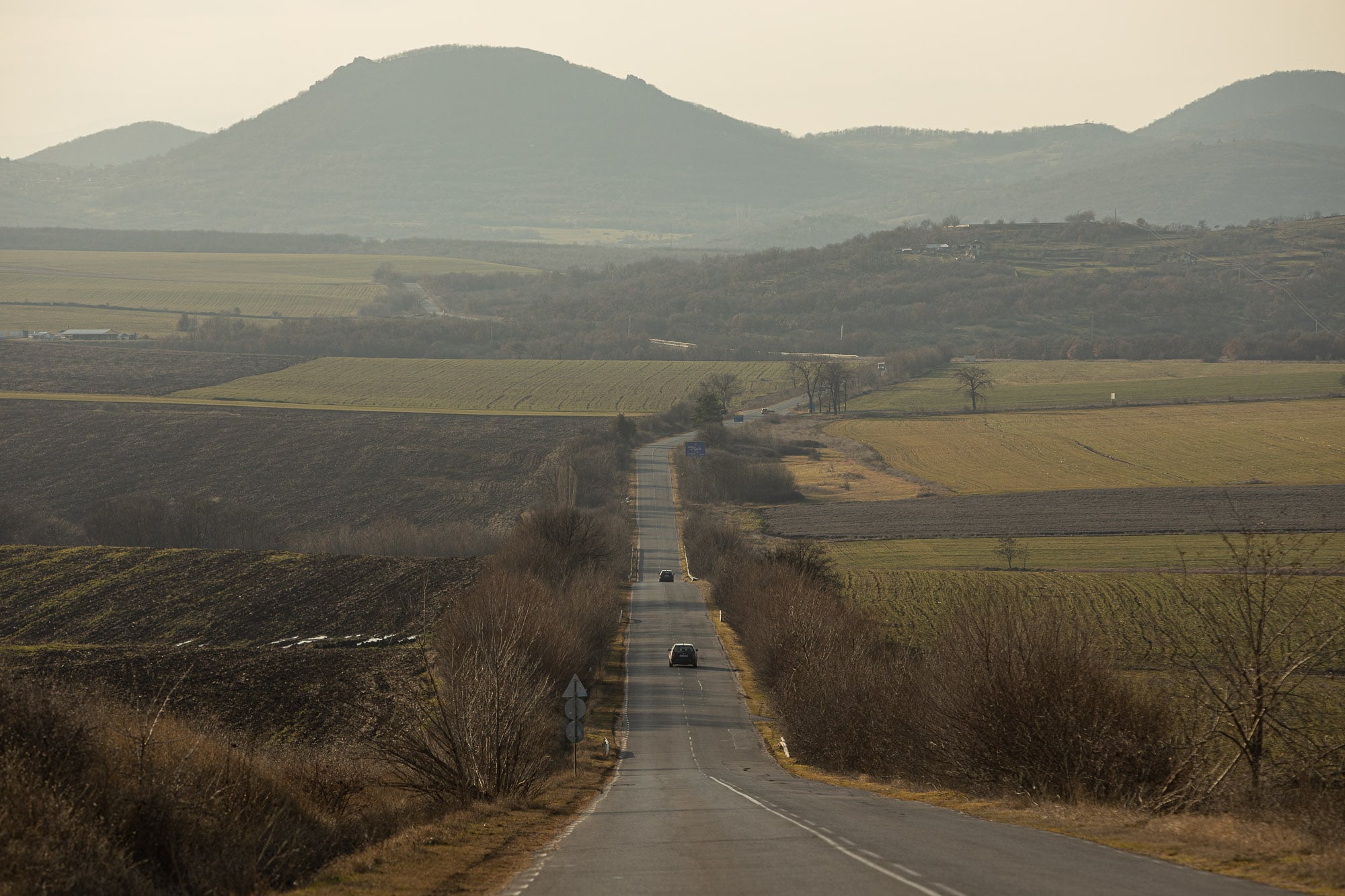 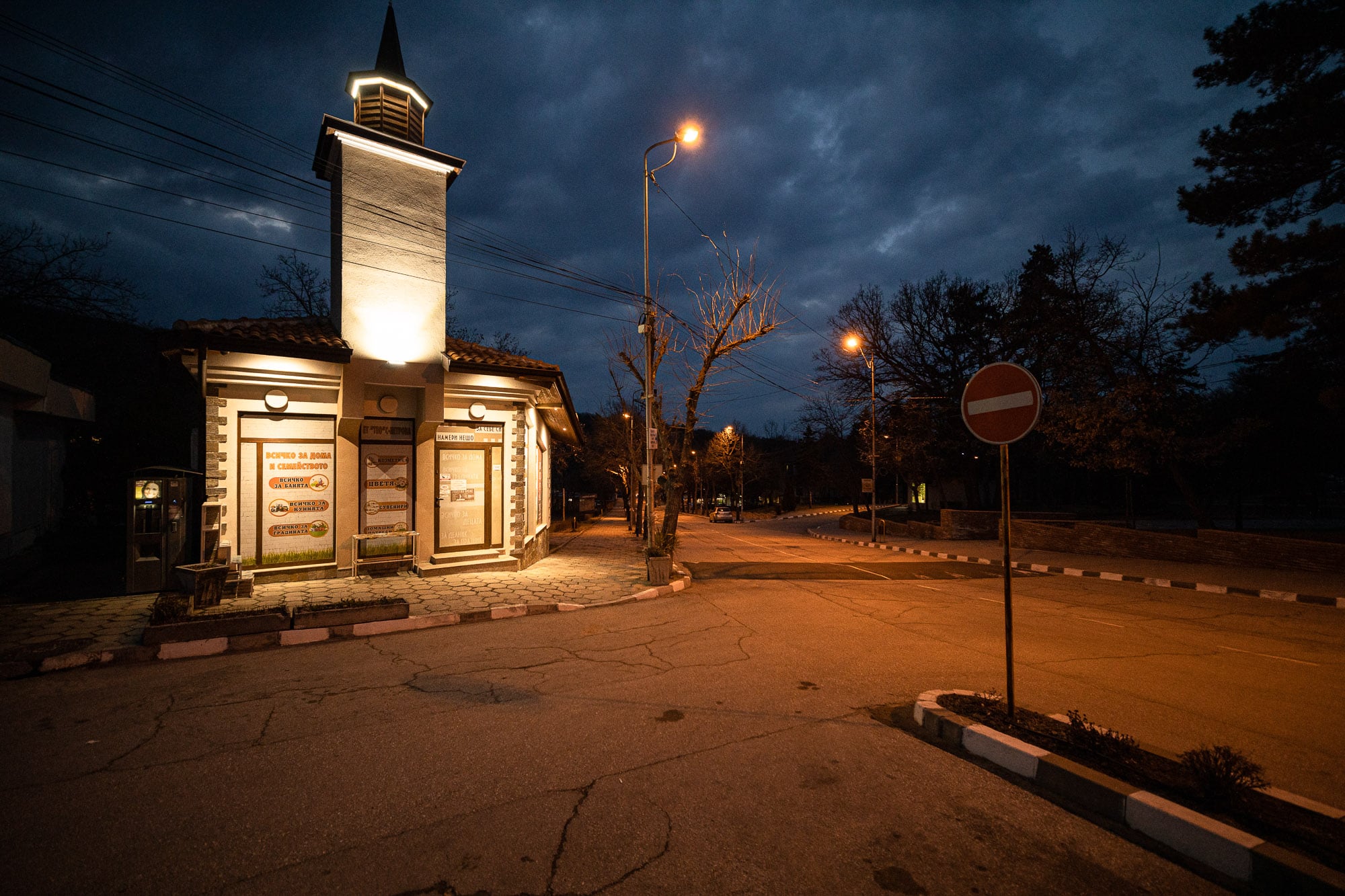 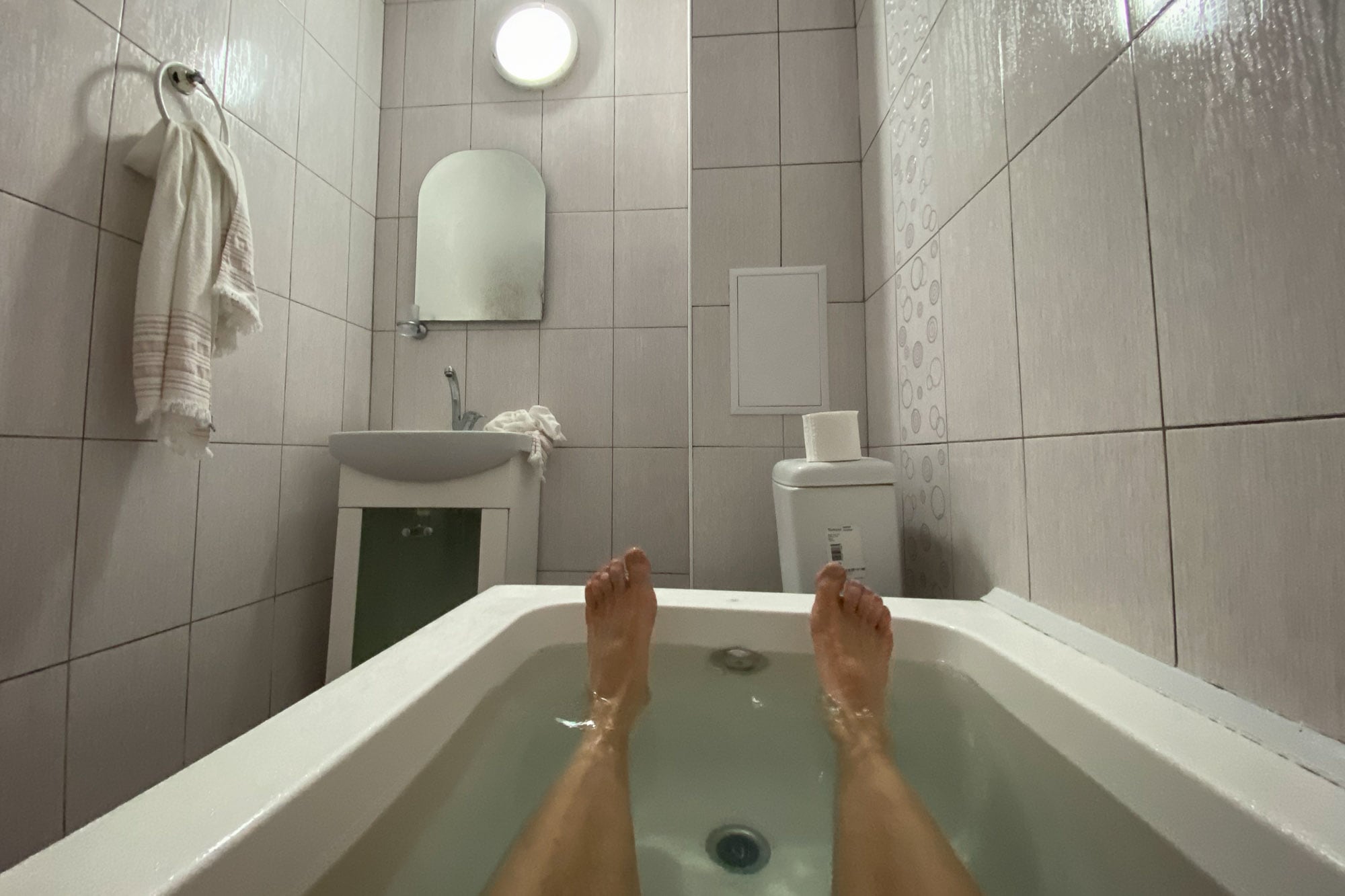 Day 520
from Haskovo to Mineralni Bani