This post is about a 47km walk from Edirne to Svilengrad. I fail to enter Greece and decide to walk directly into Bulgaria instead.

Greece, Hellas, the cradle of Europe. Homer and Alexander, Socrates, Aristotle, and Rotting Christ. It sounded like a promise.

I had been pondering over the map for months and years, and I had decided that I wanted to walk into the European Union via Greece. The border checkpoint was only a few kilometers from my hotel. I was stoked. So stoked.

I walked southwest and crossed the old Tunca Bridge. It had been sitting there since 1615, braving the floods and the traffic of more than four centuries. I looked back and saw one of Edirne’s mosques in the distance. When I looked back the next time, it had vanished behind some trees. I was in Karaağaç, the last settlement before Greece.

Karaağaç was beautiful. It had an historical train station with a steam locomotive on display (and you know how much I love those), and there was a long row of cute little cafés. I didn’t stop, though. I walked past the Monument to the Treaty Of Lausanne of 1923 (which was basically the moment when Turkey got its present-day borders), and then I worked my way through a muddy path in the fields until I arrived at the border.

the border at Pazarkule

The road was quiet, and so was the border. First there was a military camp with two young soldiers standing guard. They looked bored. “To Greece?” one of them asked me in English as I was walking by. “To Greece,” I answered, happily.

At the checkpoint I saw a construction crew putting up some concrete structures. A few cars were waiting to get through. When I looked into the distance I thought I could see something like a border fence, watchtowers and all. This border was known to be brutal for refugees from Syria, Iraq, Iran, and Afghanistan. But it seemed sleepy for everyone else.

When I passed the military camp again about a half hour later, the soldiers looked at me in surprise. “No Greece?” one of them asked me. “No Greece,” I answered, grumpily.

The Turkish border guards had told me that their counterparts on the other side of the border didn’t let anybody through who wasn’t using some sort of transportation. So after some wringing of hands and some useless pleading I had finally understood that Greece didn’t want us, and so I had said FUCK THAT and turned around, and now I was on my way to the Bulgarian border.

I saw Edirne and her mosques again as I crossed a massive highway bridge over the Tunca River, and for a moment I found it amusing that I was actually walking into Turkey again. A few gruelling hours later I reached the border.

the border at Kapıkule

It was huge and busy as hell. There were multiple lanes and guard houses. I got in line with a bunch of cars, much to the amusement of the drivers, who were pointing at me and waving. When the cars moved, I moved. The first border guard told me I couldn’t walk through the border. I told him I could. A very long and very loud phone call later he waved me through.

The next border guard looked at the entry stamp in my passport and noticed that there was a problem. I had overstayed my visa-free stay. He told me to go to a police building within the border. At this point it was getting dark outside, and there were only a few cops on duty. They seemed very unhappy with me. I told them walking was slow, and that I liked Trabzonspor. They preferred teams from Istanbul.

I ended up paying about 100€ for my passport violation. Then I advanced on the final border guard on the Turkish side. 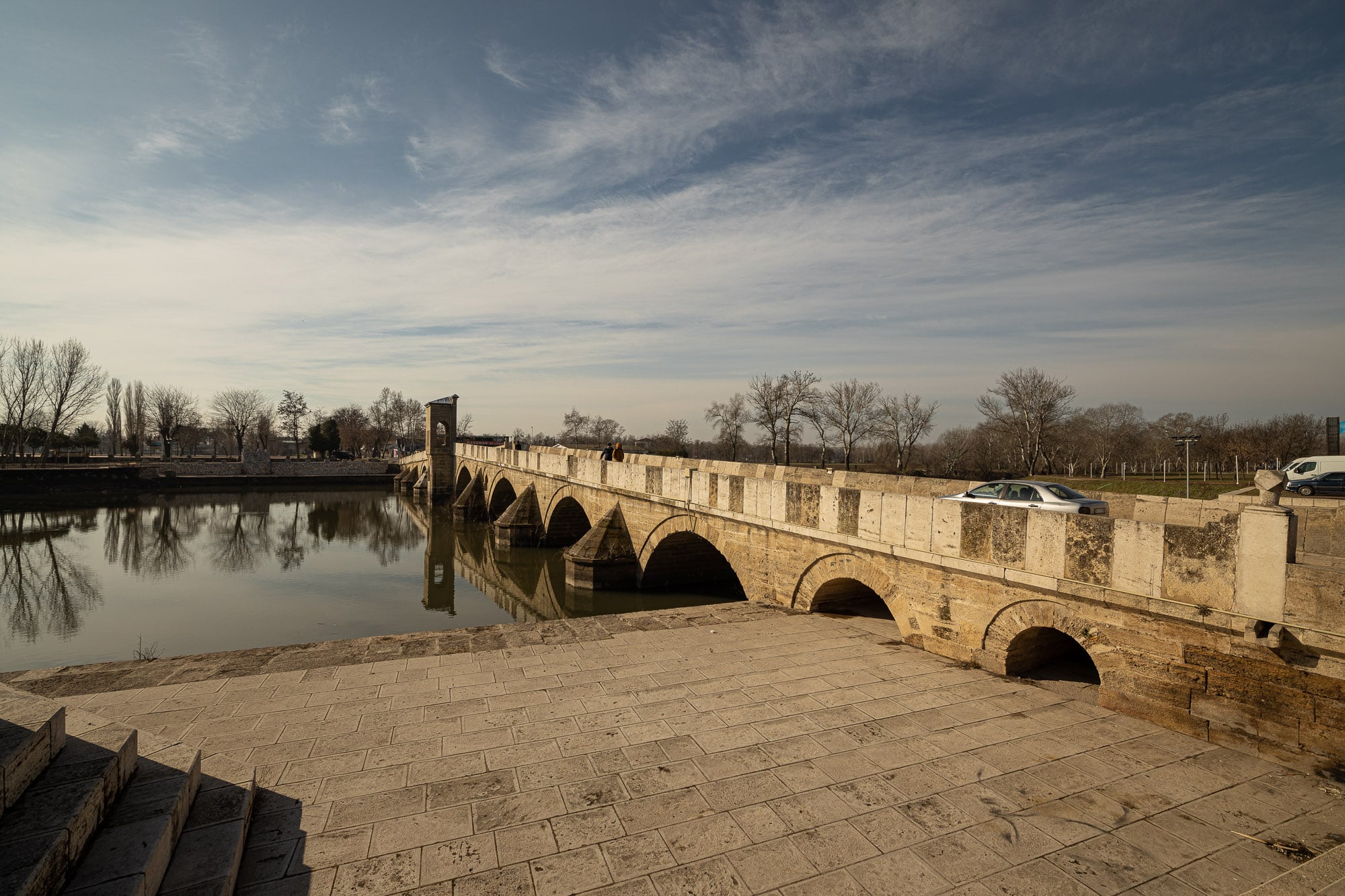 On the Tunca Bridge: 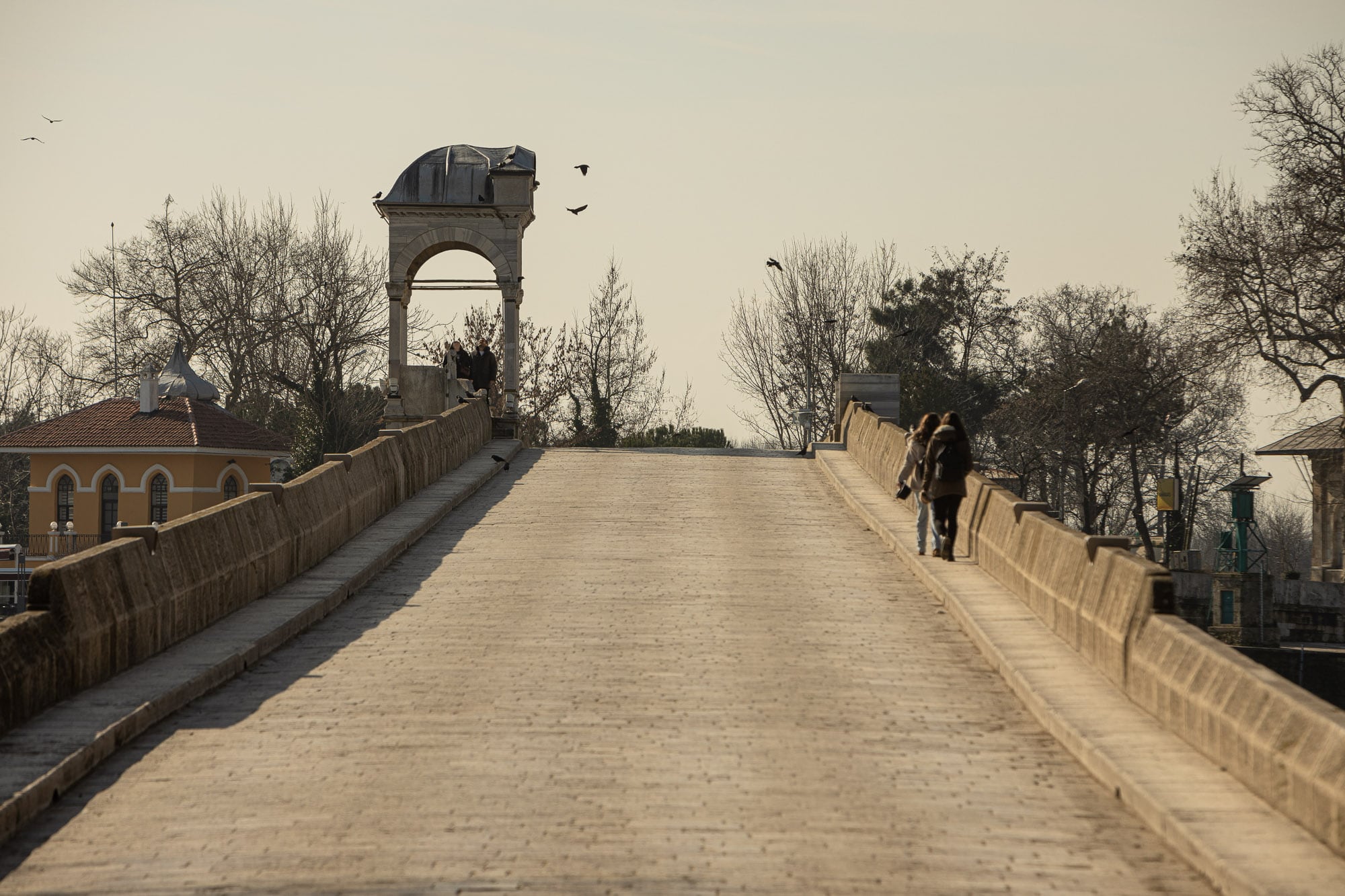 A mosque in the distance: 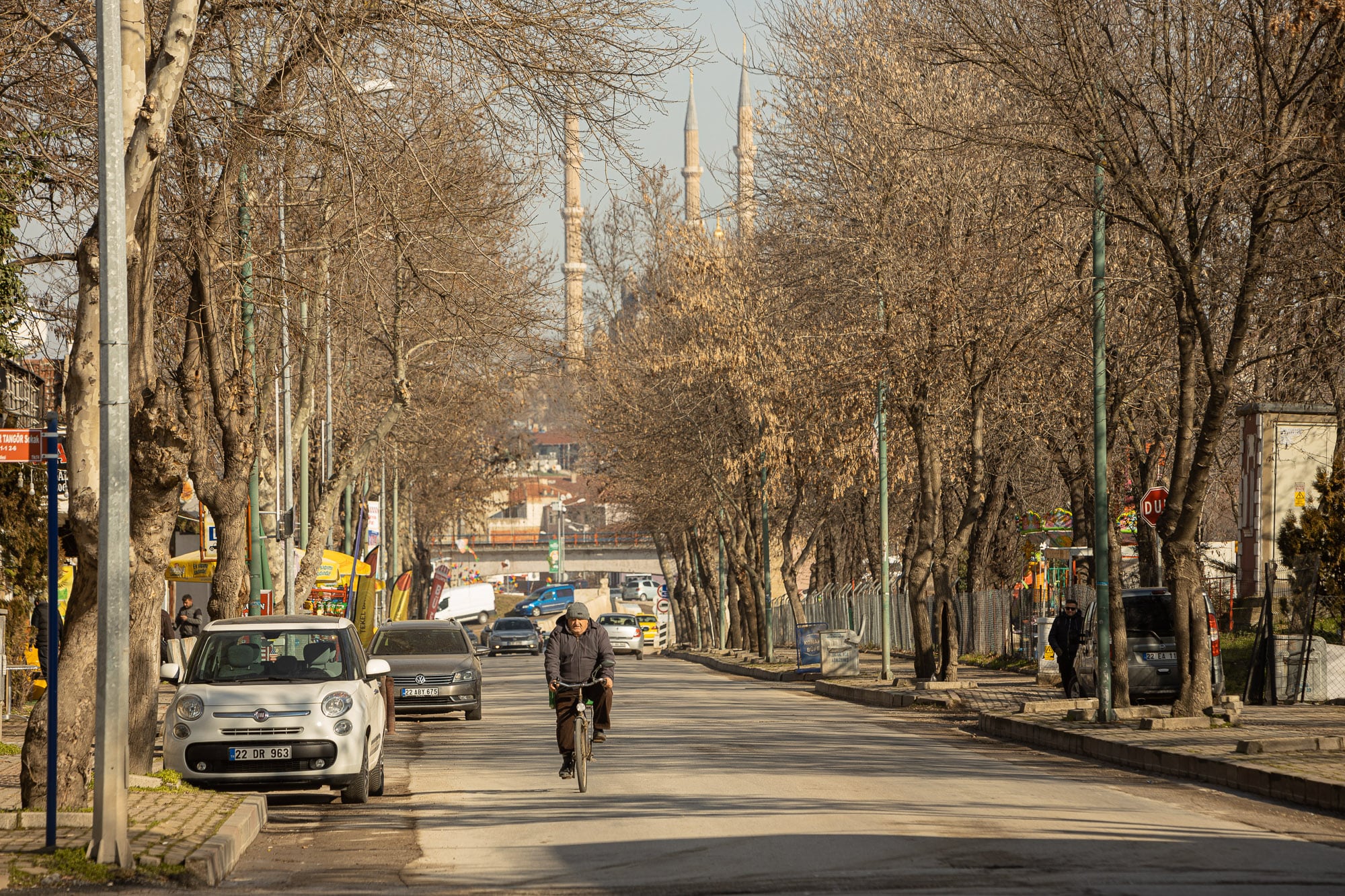 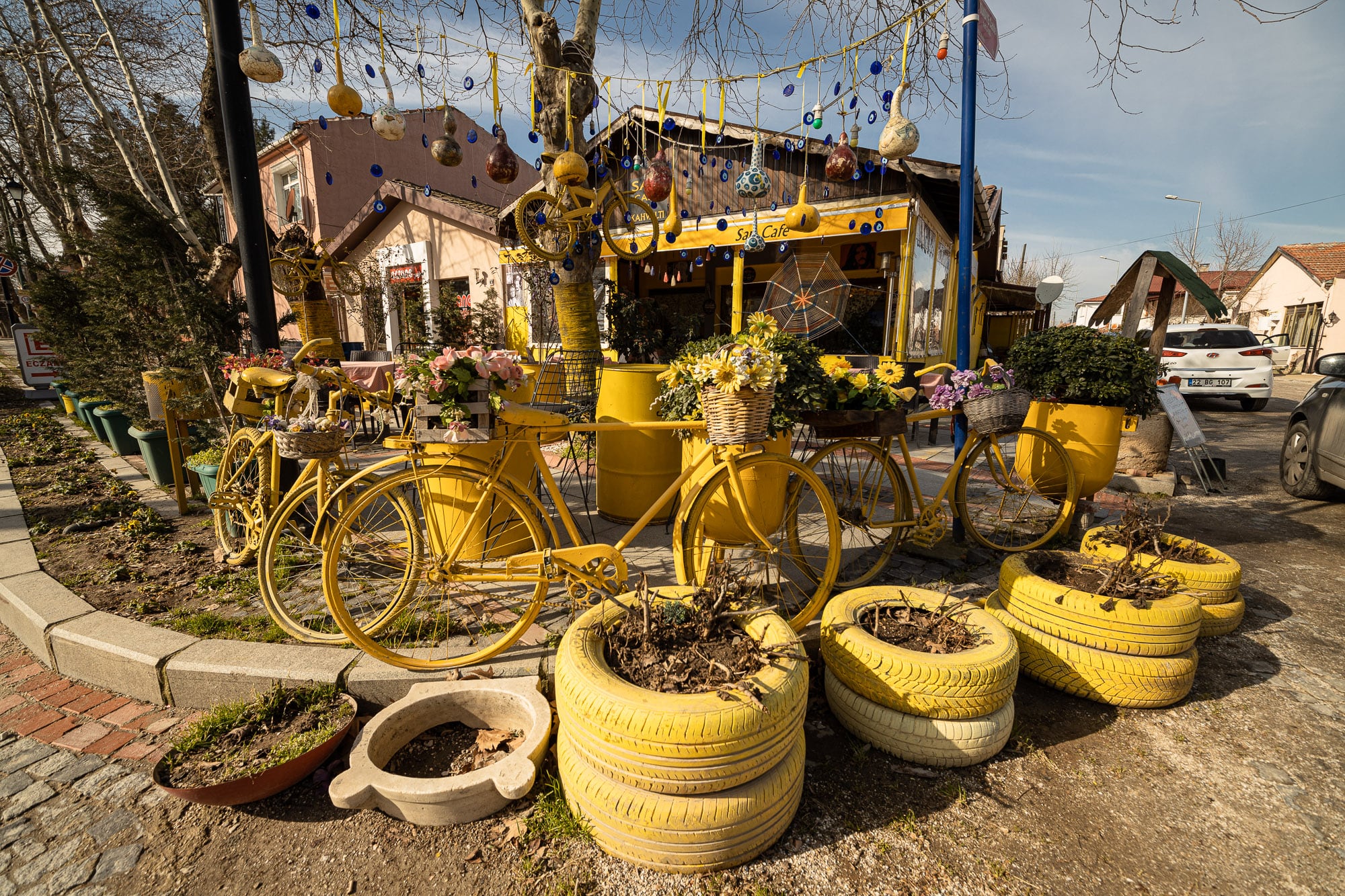 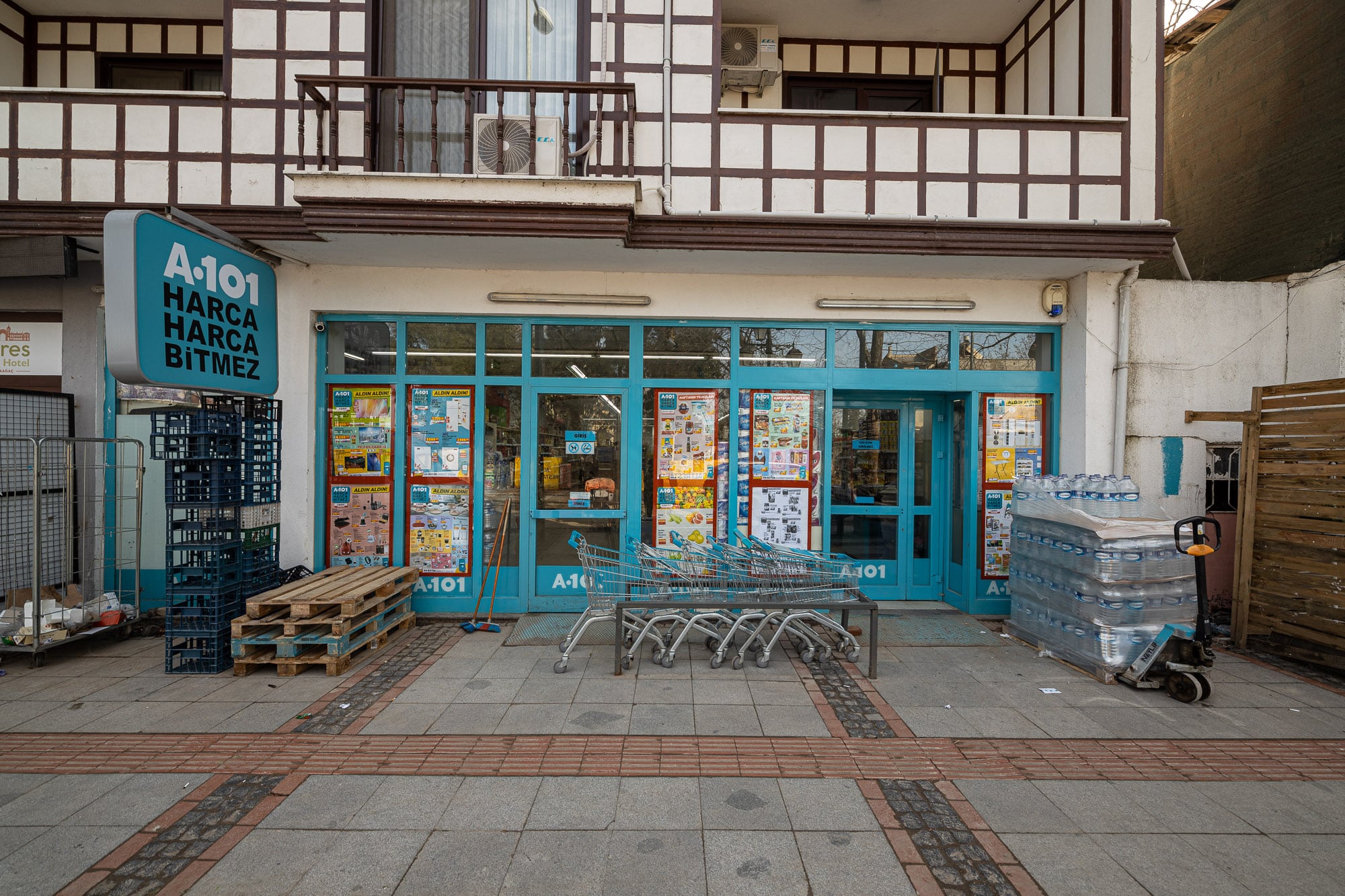 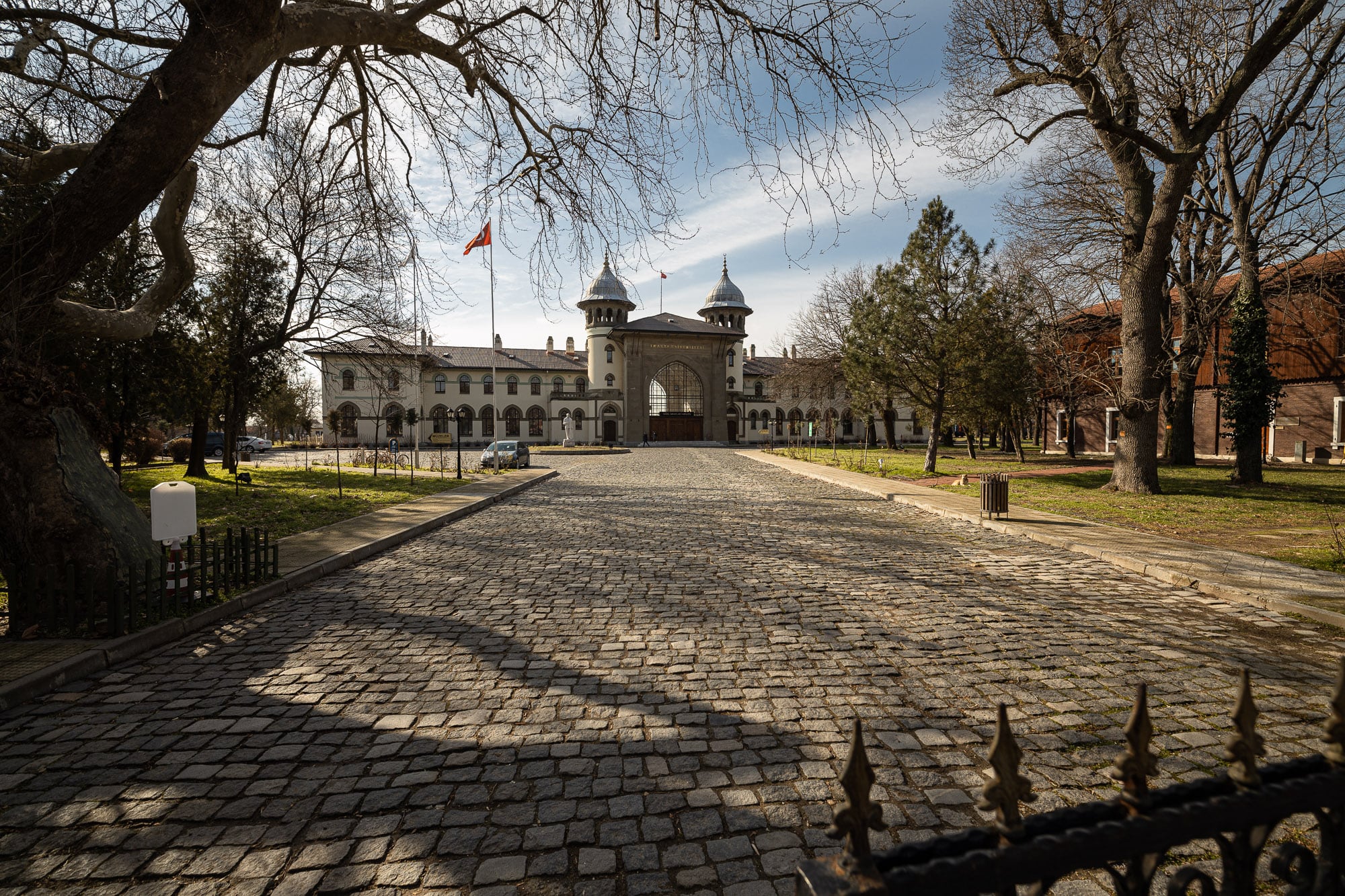 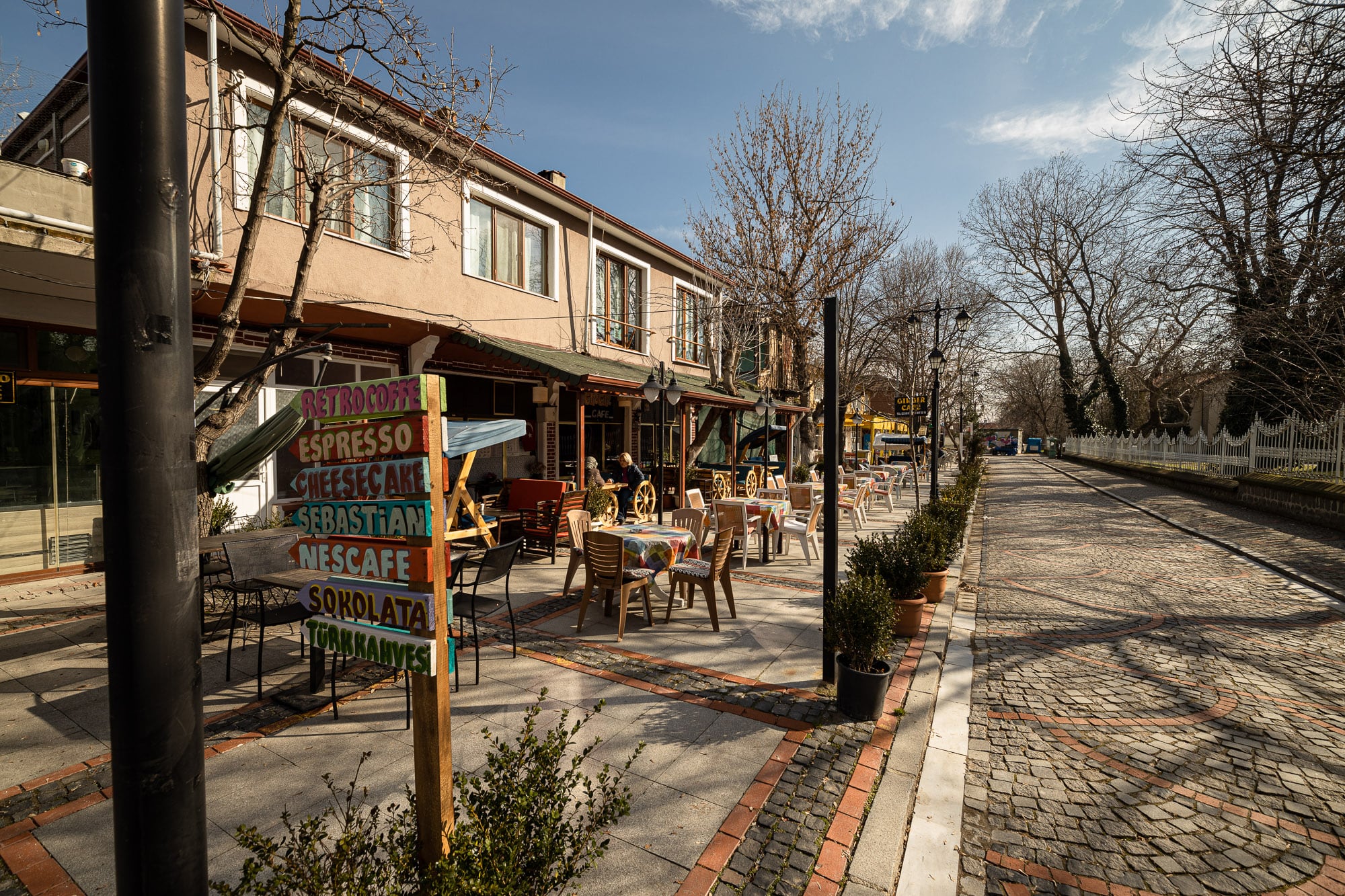 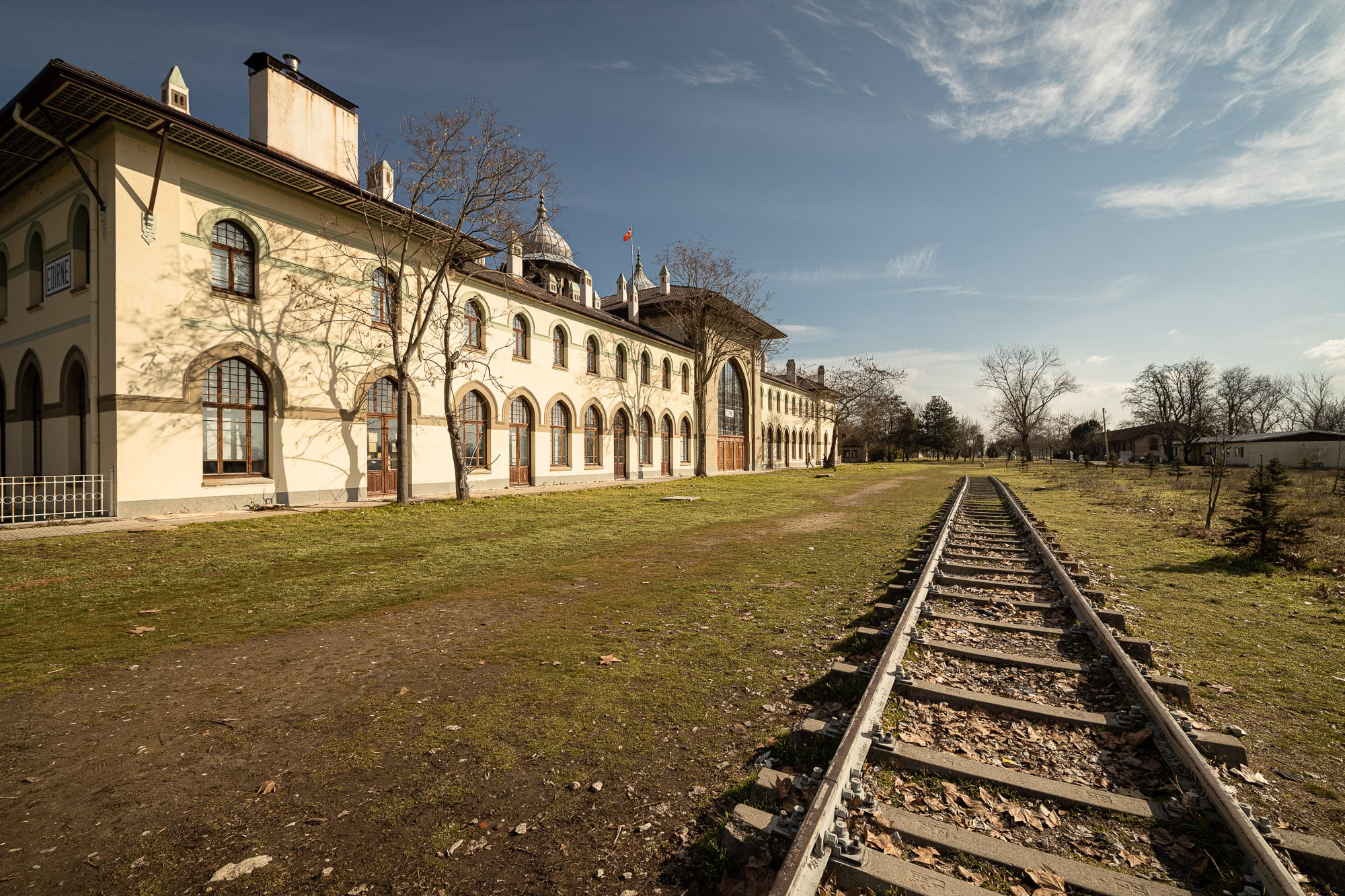 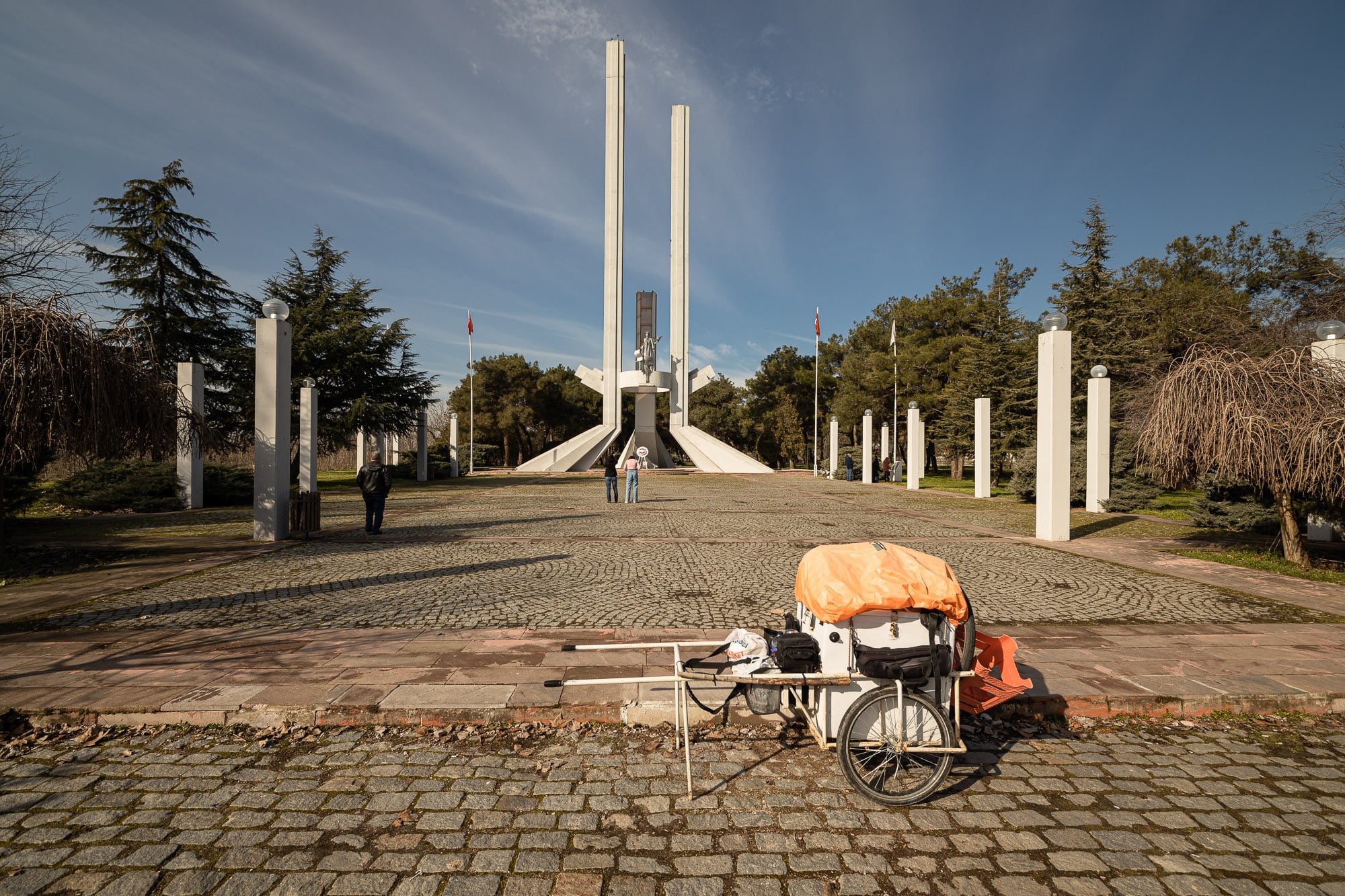 How are all these cafés so damn cute? 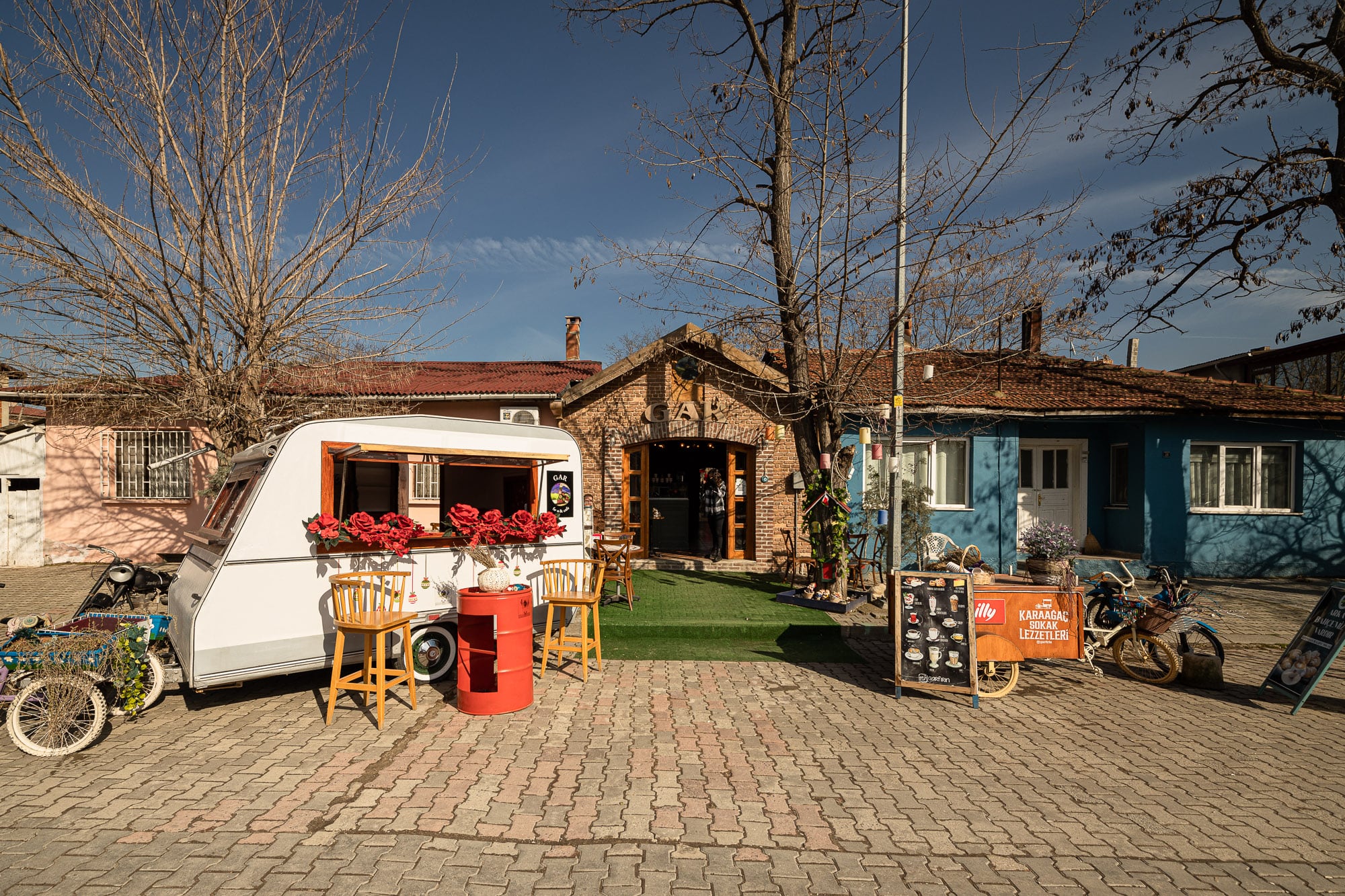 Muddy path to the border: 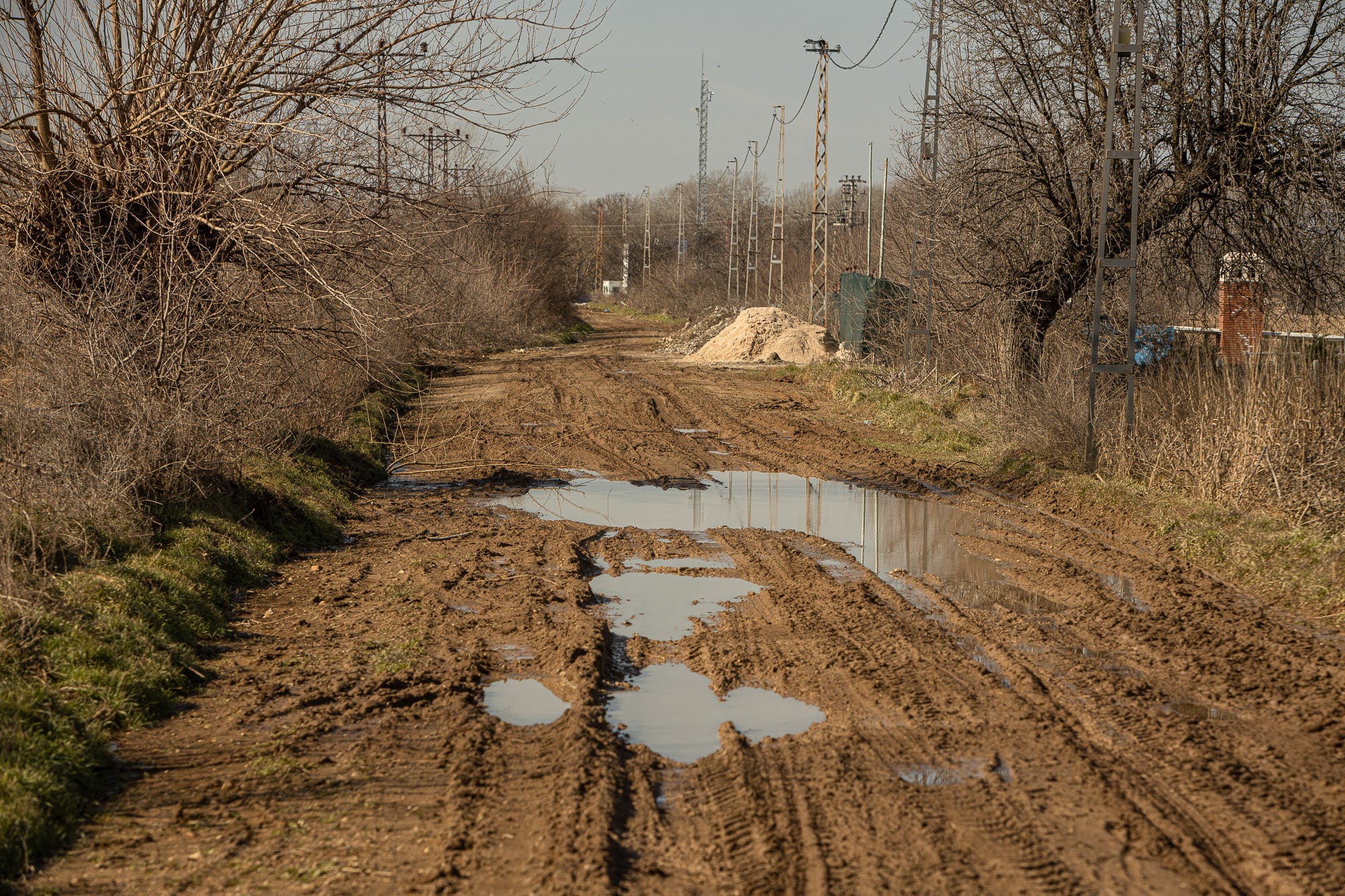 Got lost and ended up crossing this: 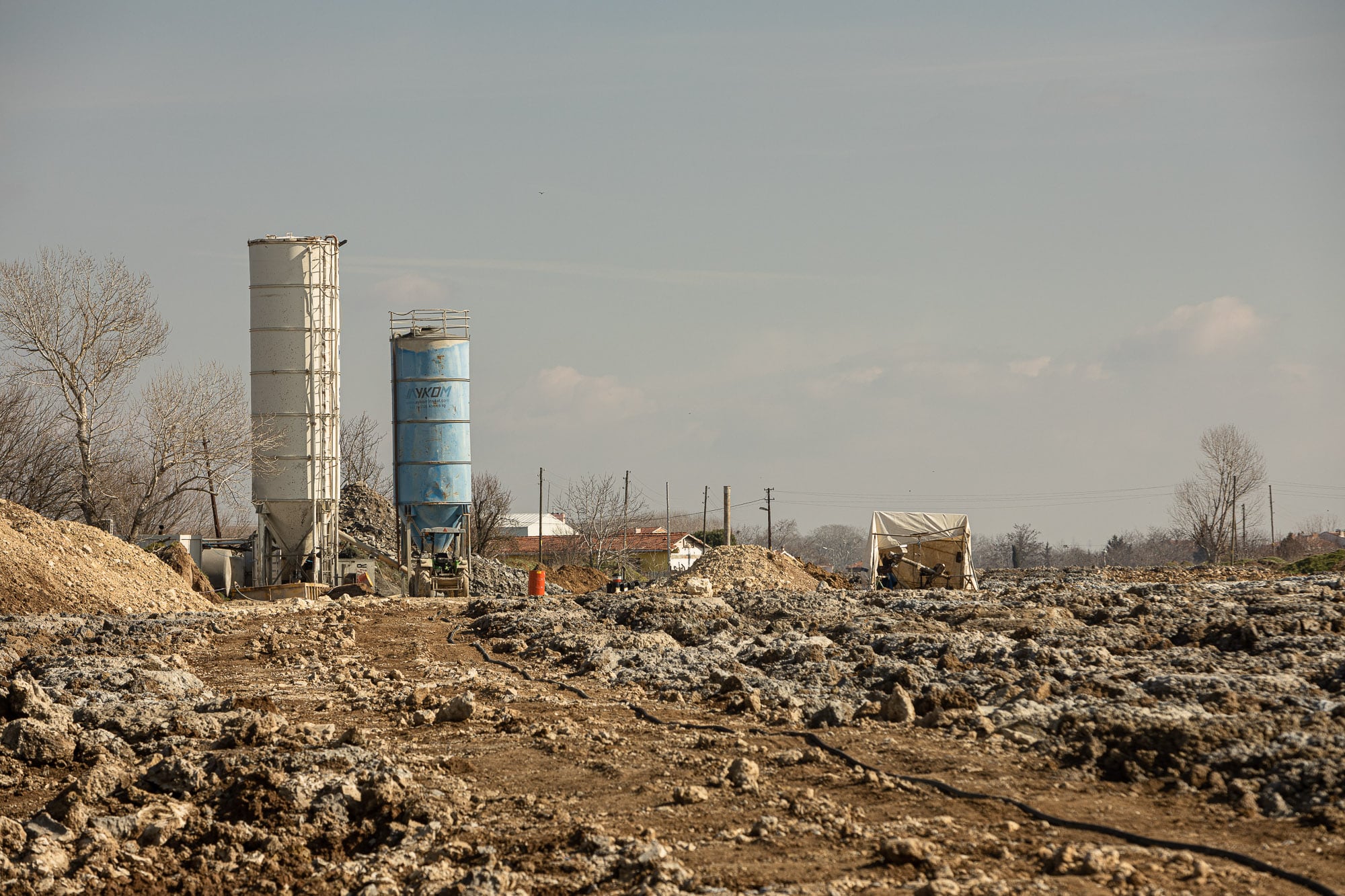 Roadwork near the Pazarkule border: 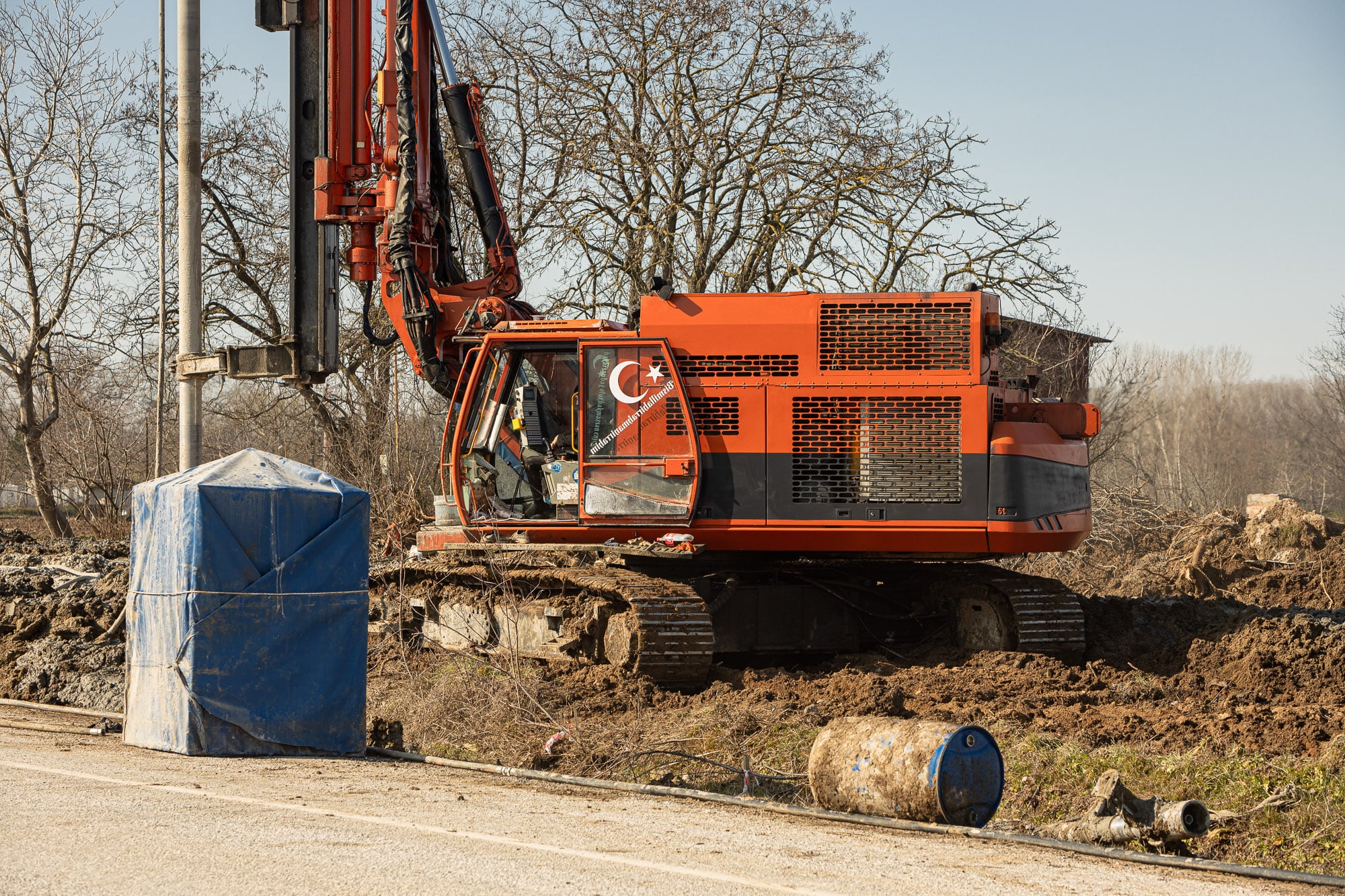 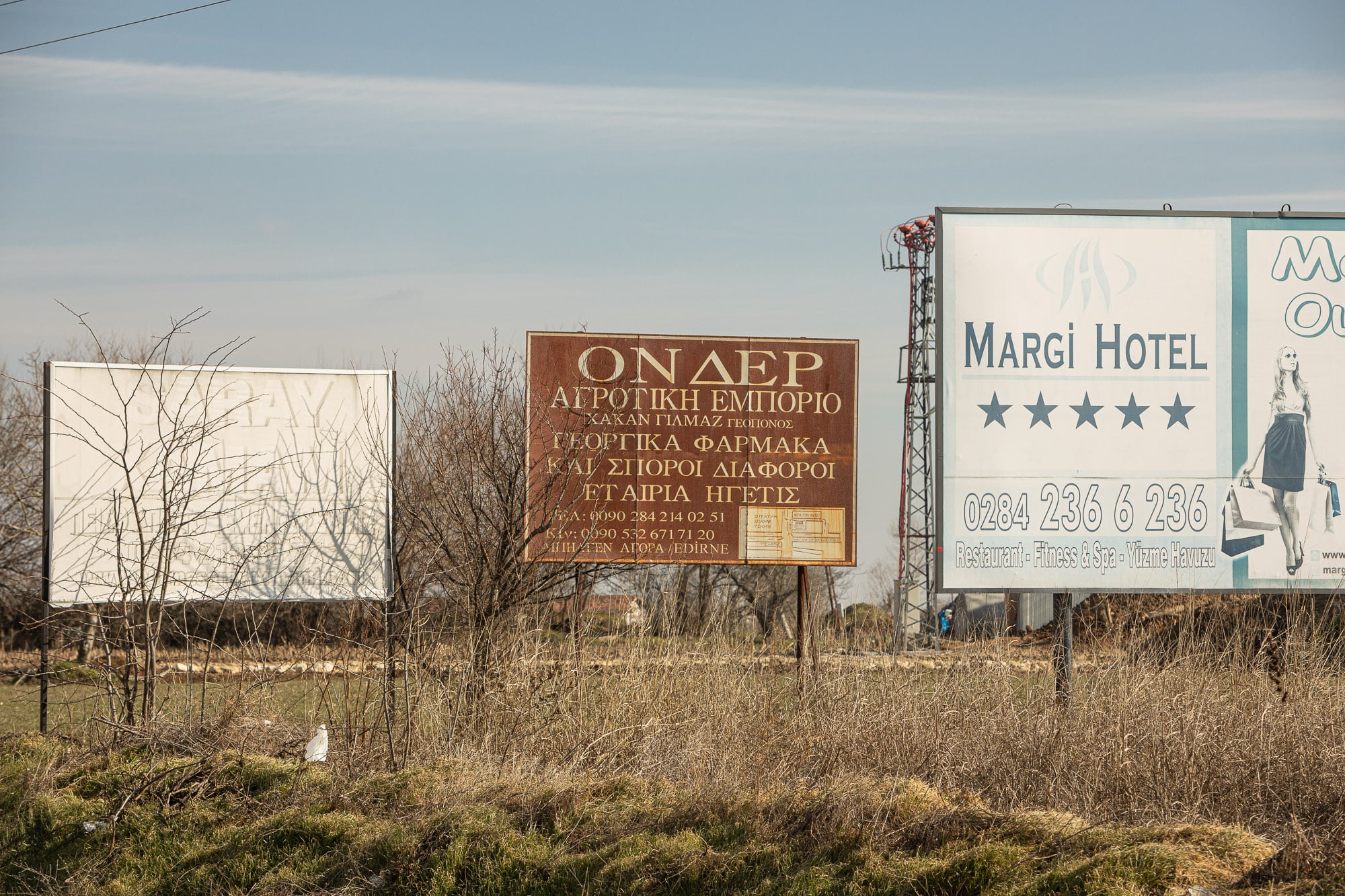 Highway bridge over the Tunca River: 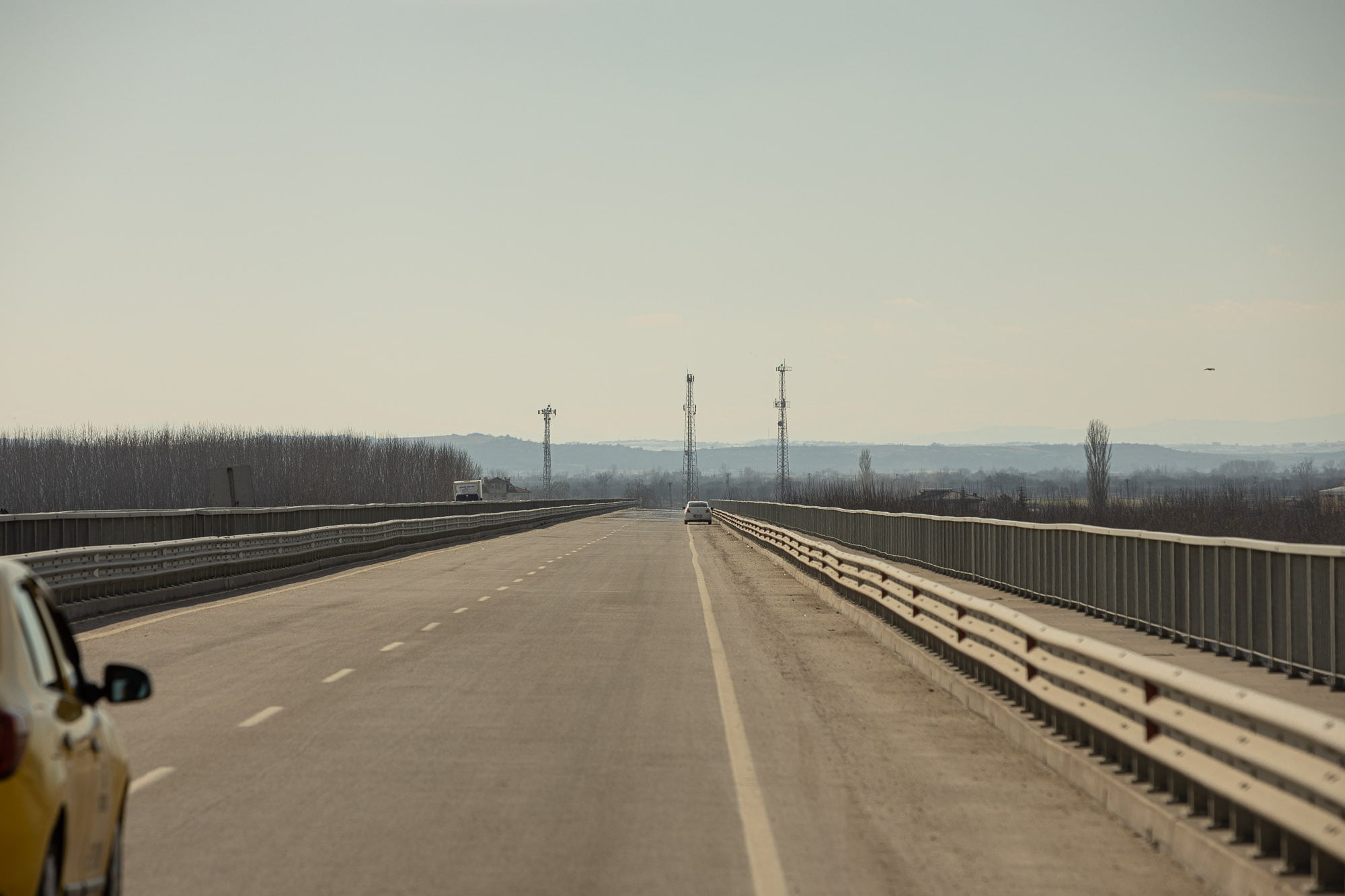 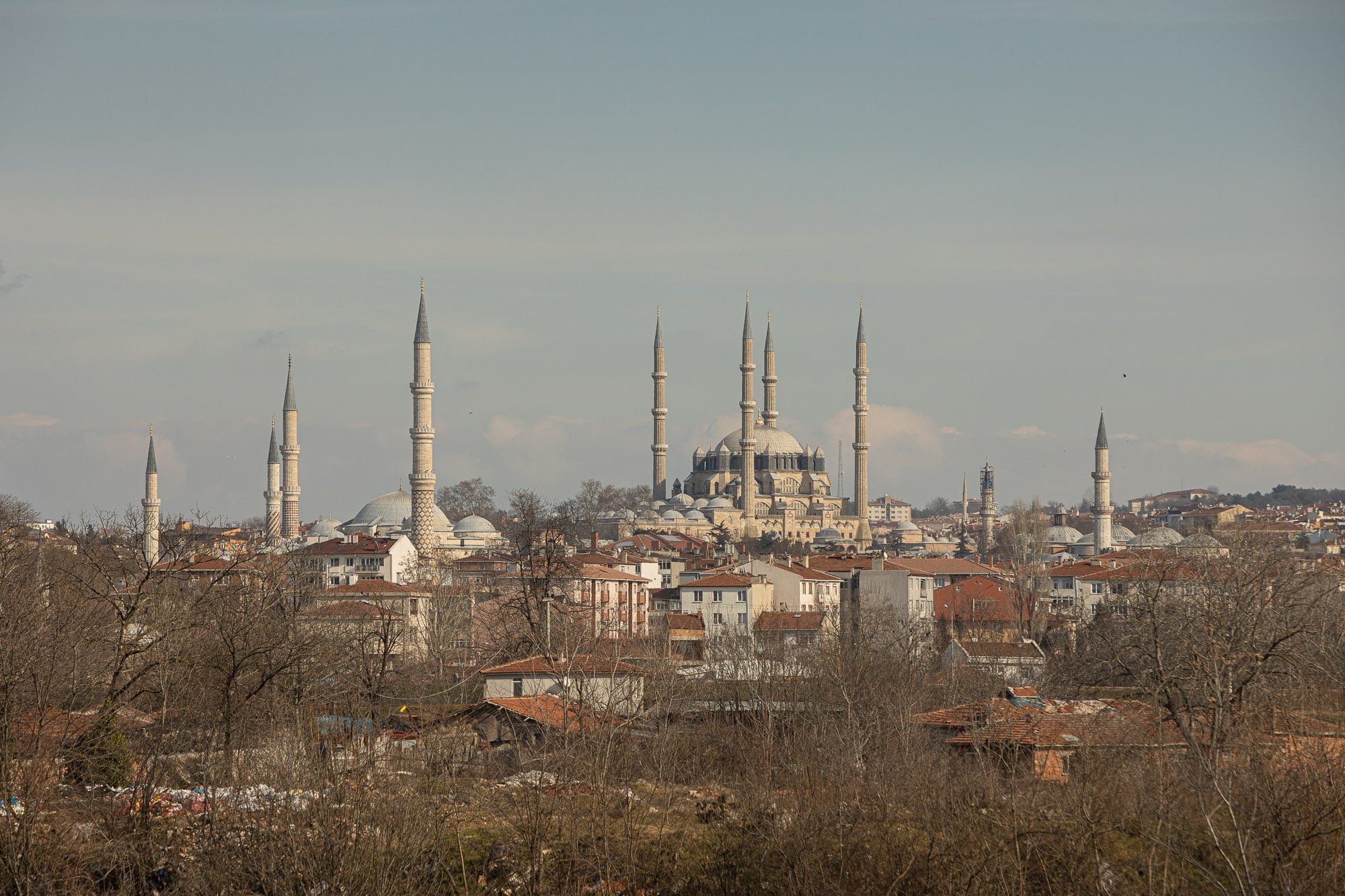 The road to walk from Edirne to Svilengrad: 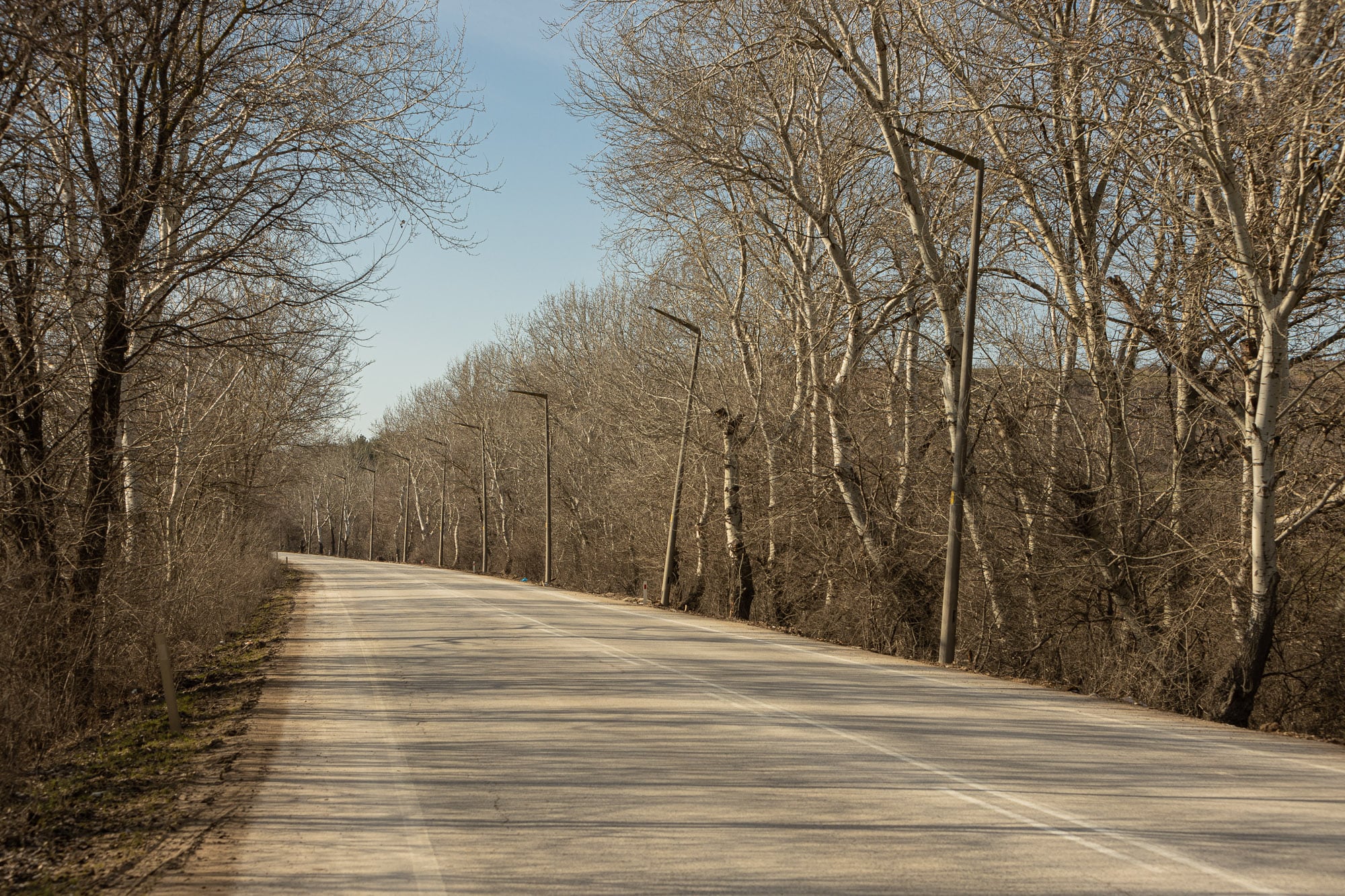 Iranian truck driver near the border of Kapıkule: 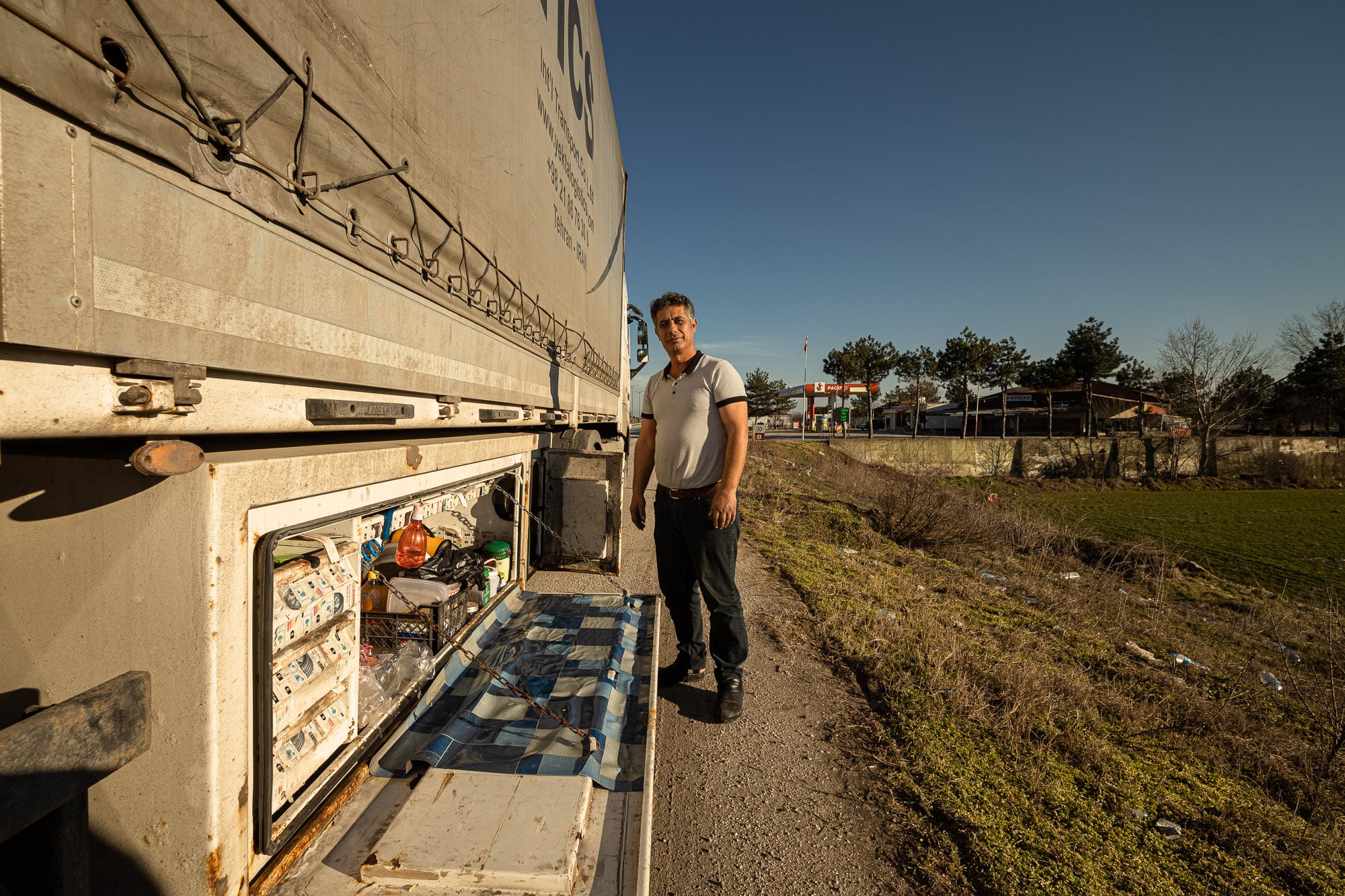 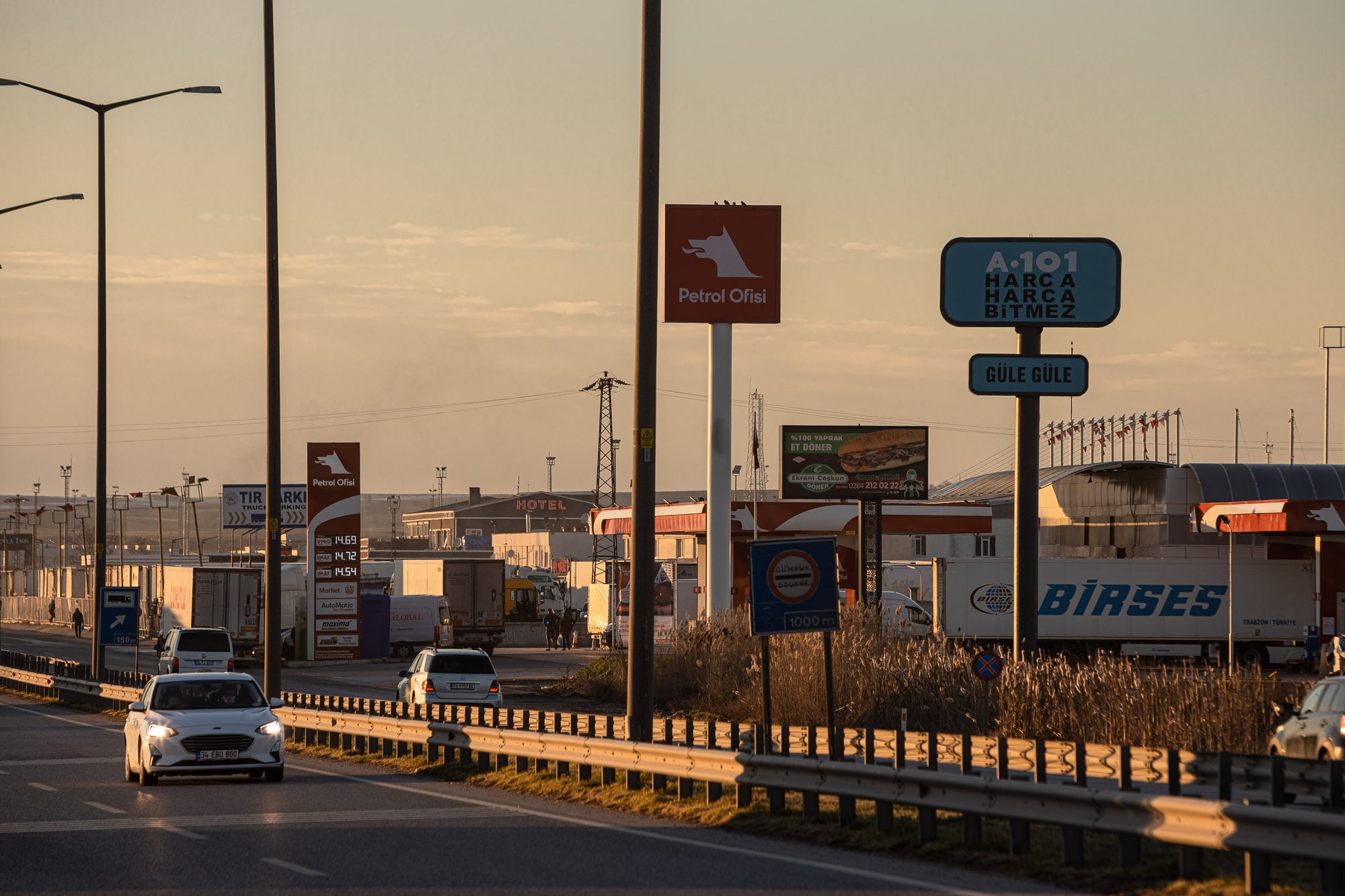 The border at Kapıkule: 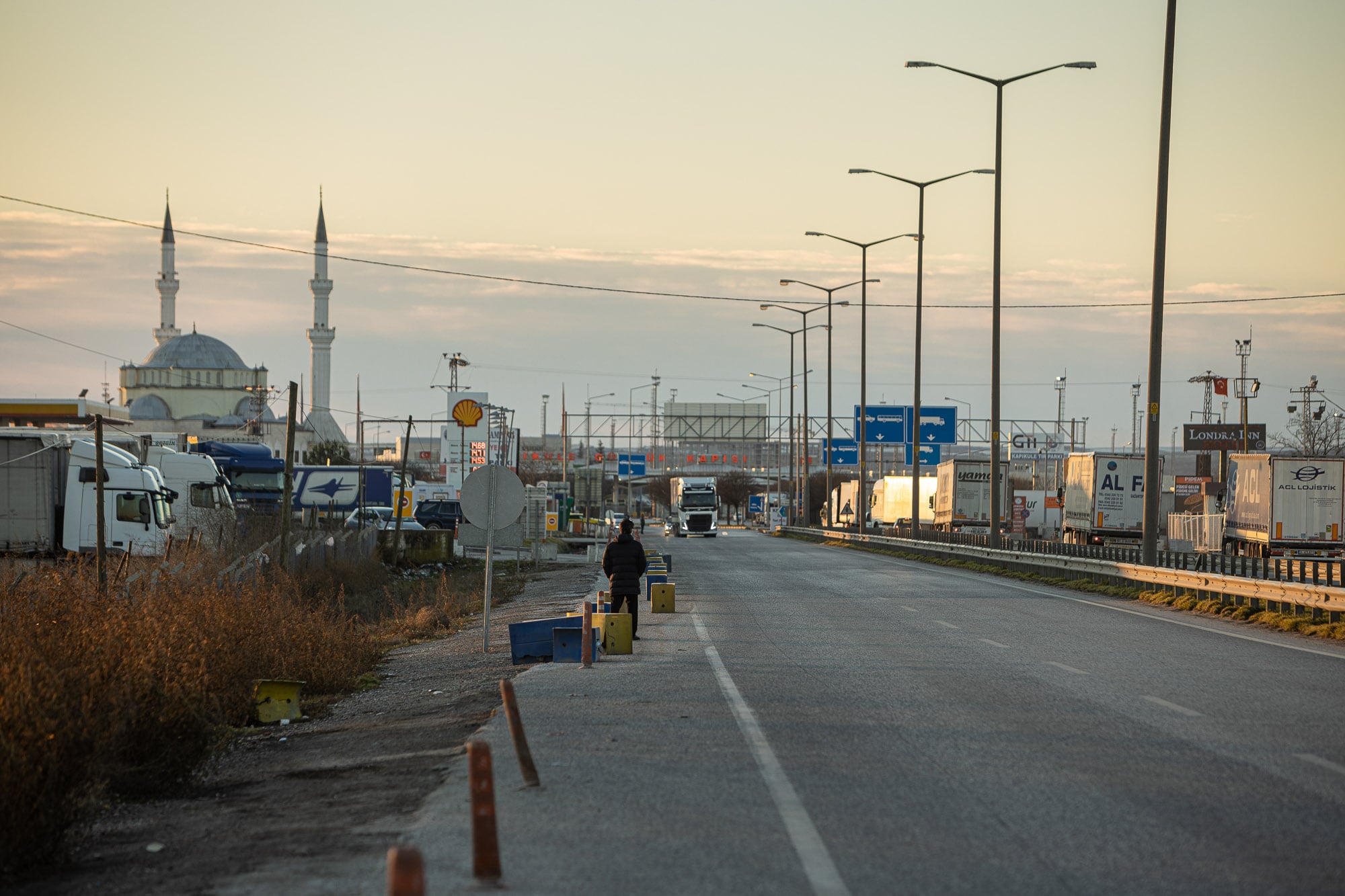 Trying to pay a fine in the border: 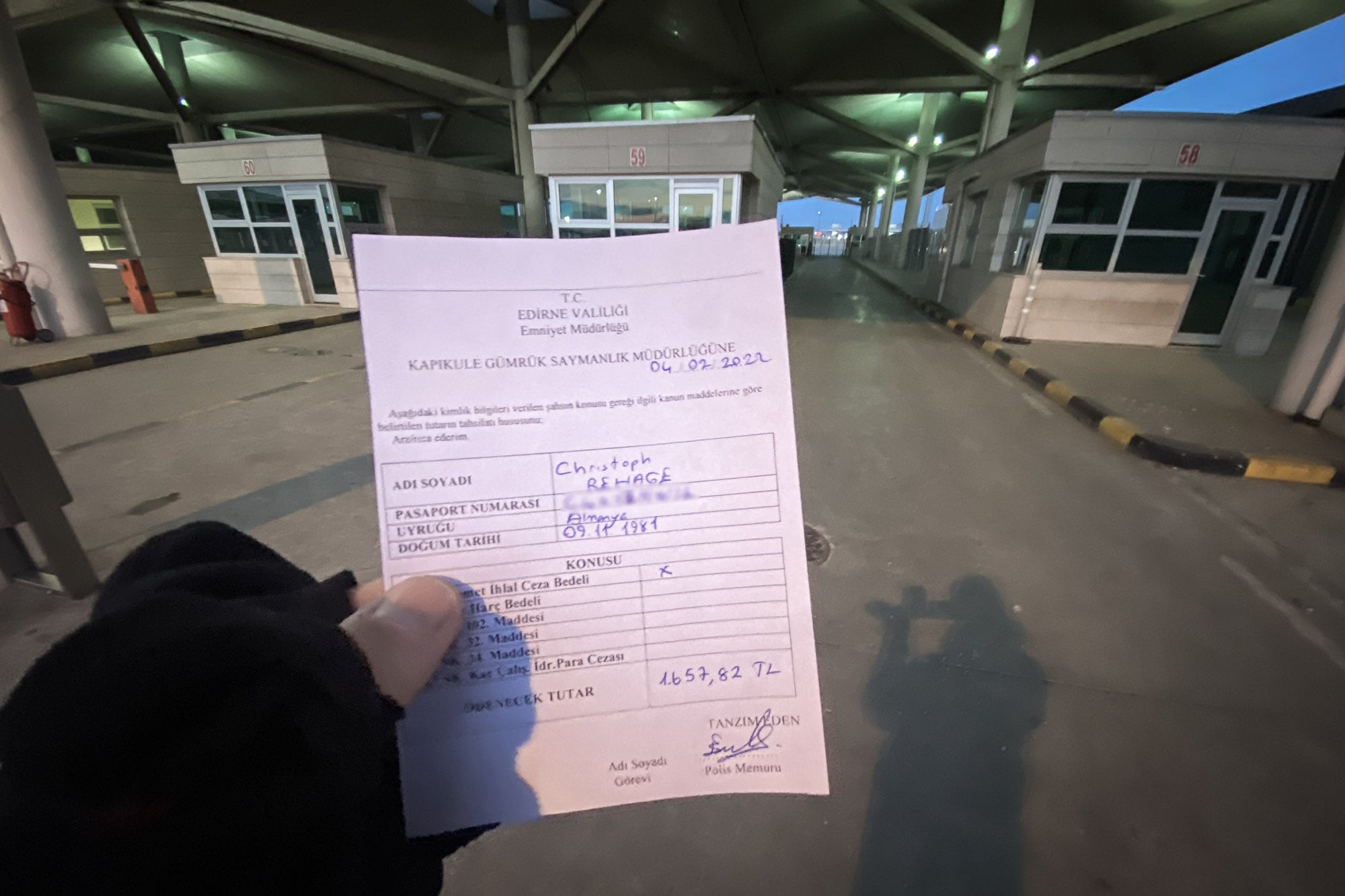 The Caboose on the Turkish side of the Kapıkule border: 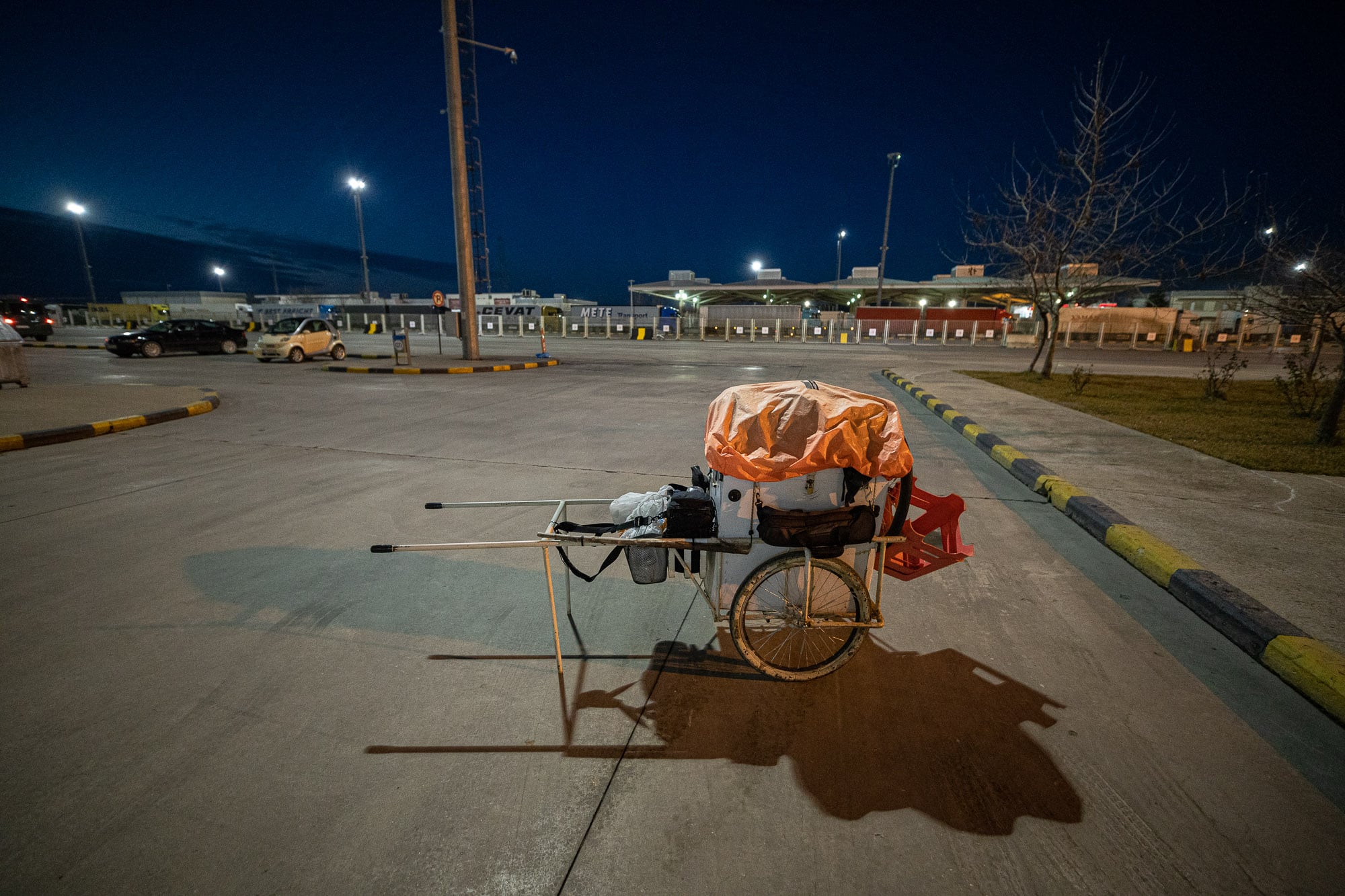 The Longest Way has just arrived in Bulgaria: 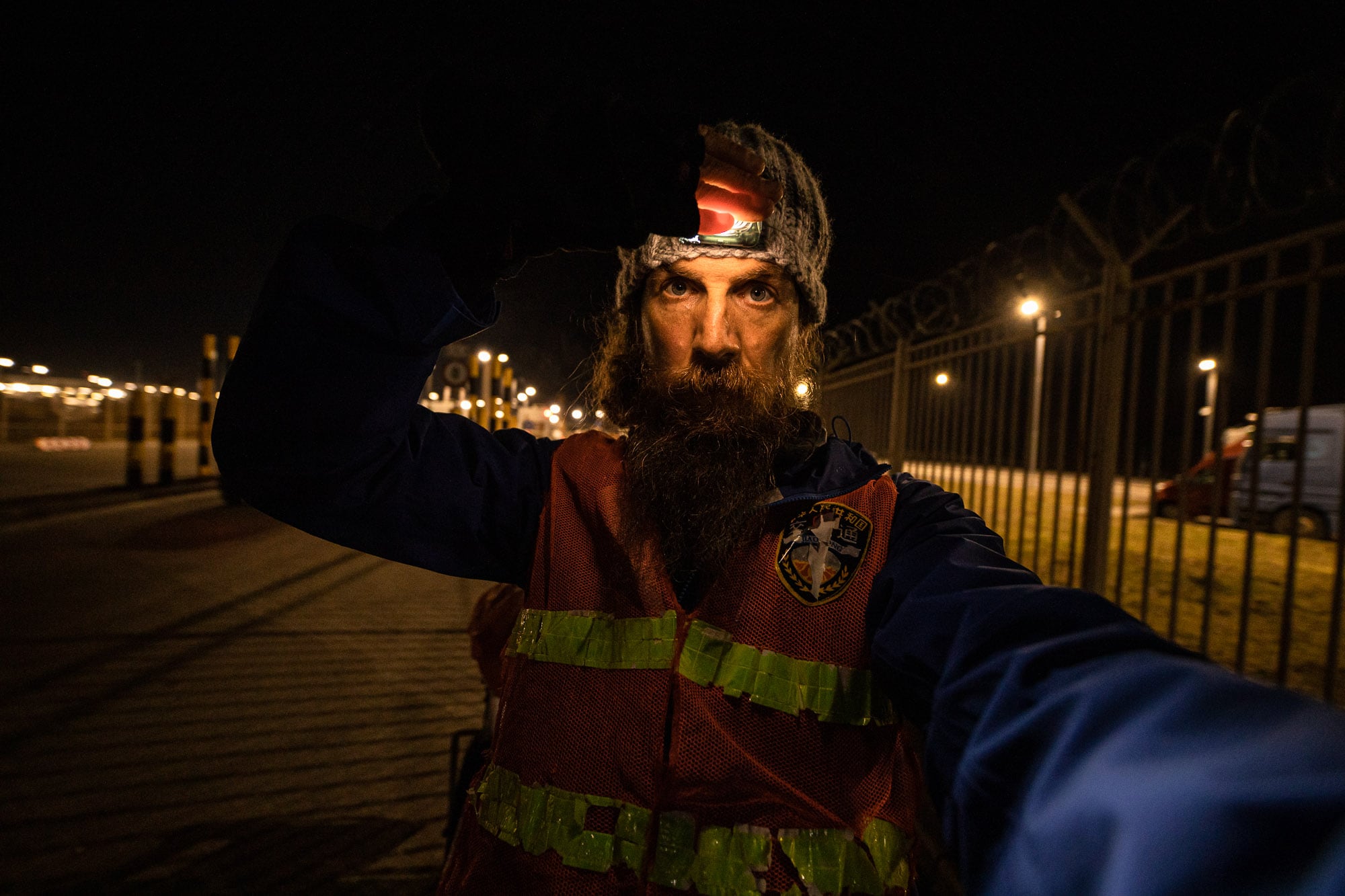 The highway after the border, on the long walk from Edirne to Svilengrad: 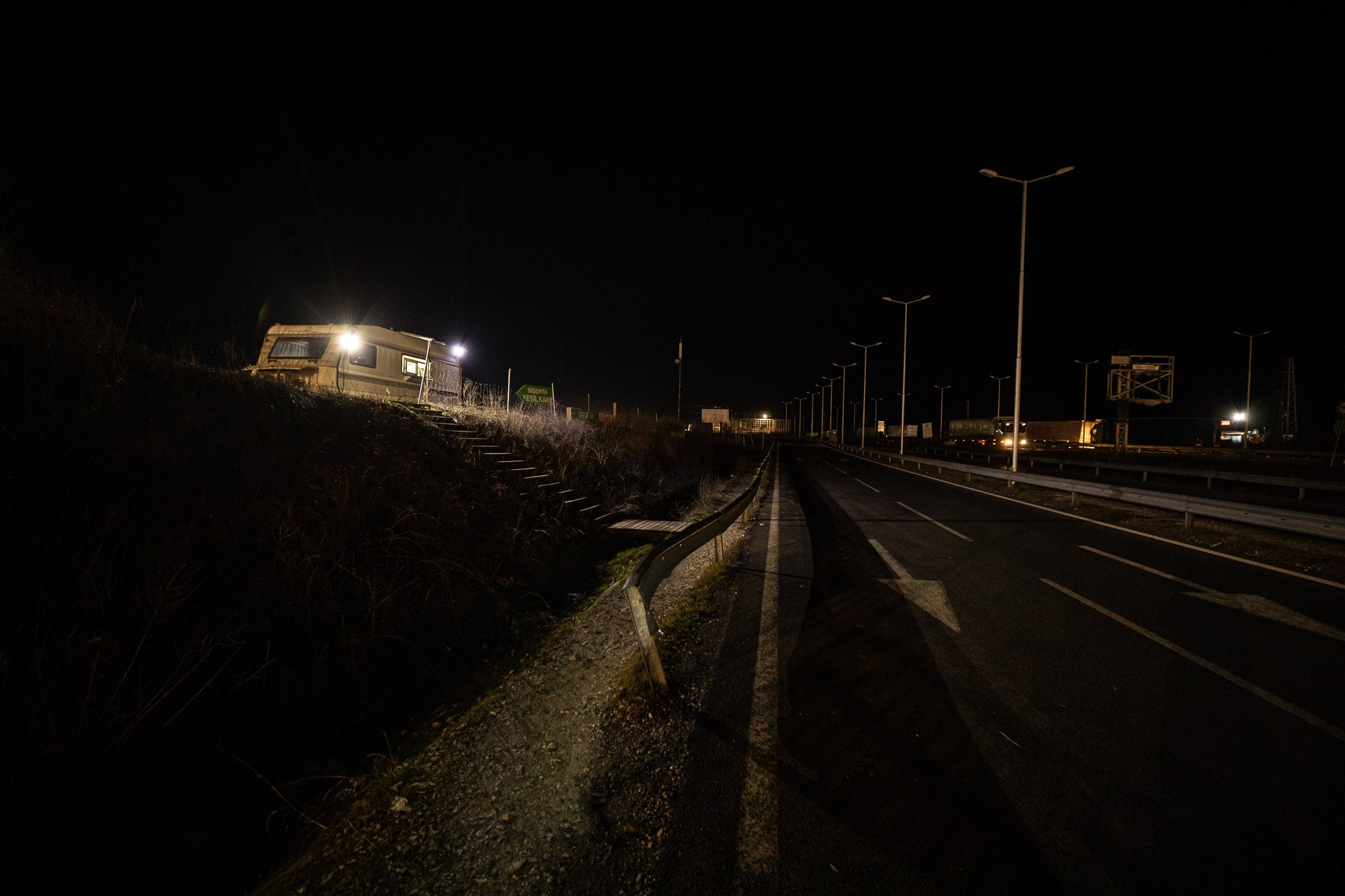 Truck stop near the Kapıkule border: 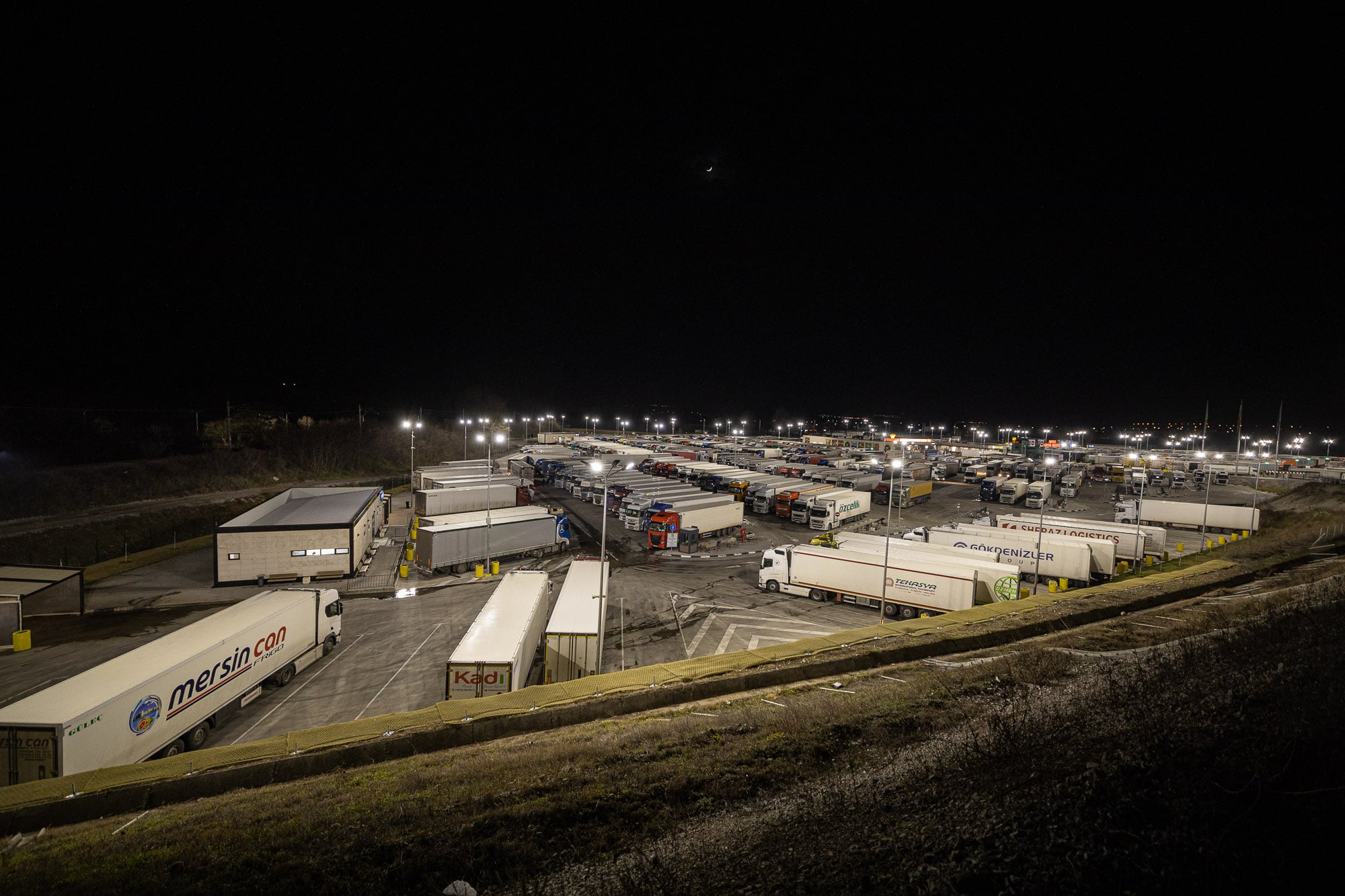 First Bulgarian shop in the night: 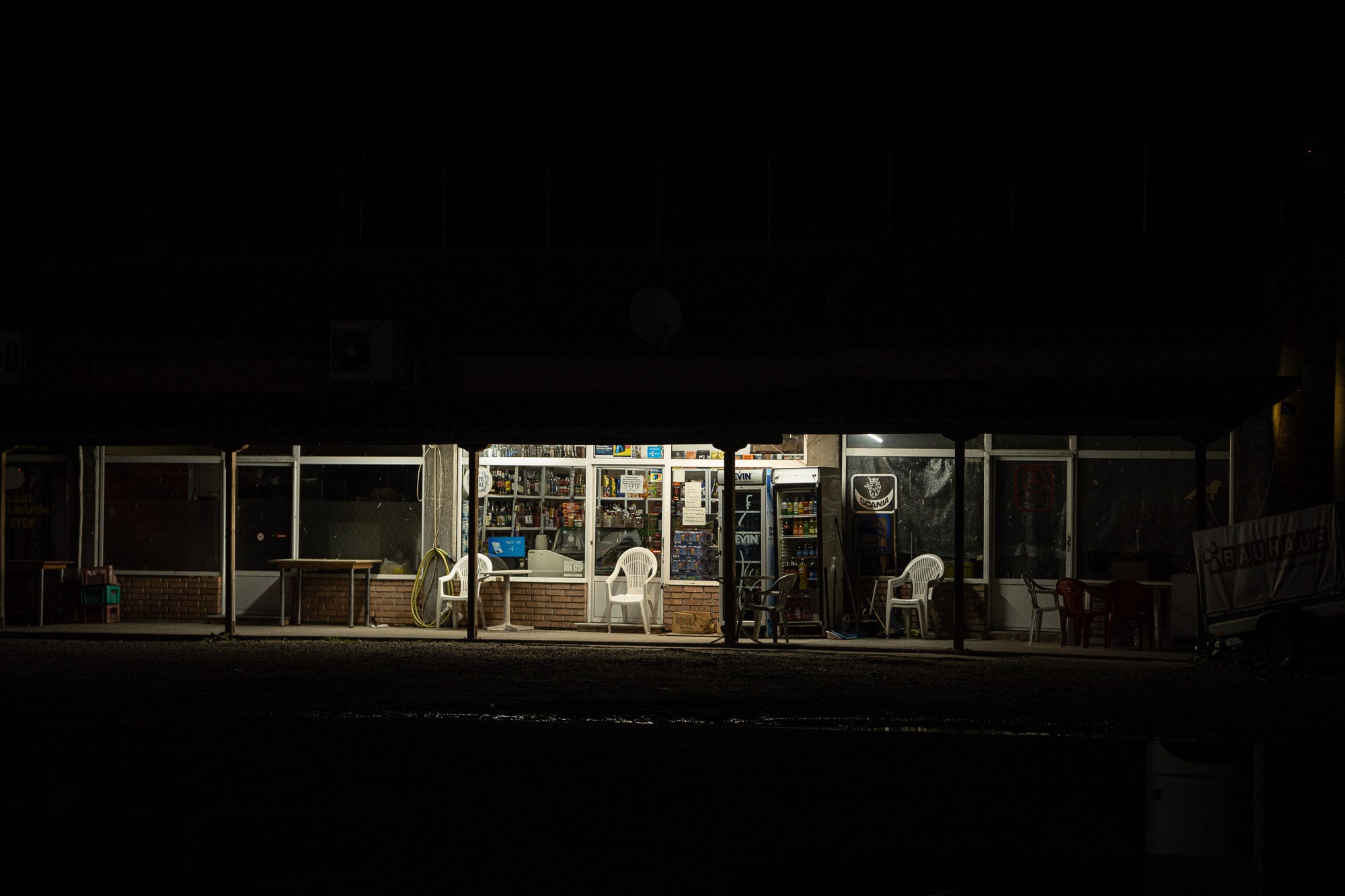 The cold and dark end of the way from Edirne to Svilengrad: 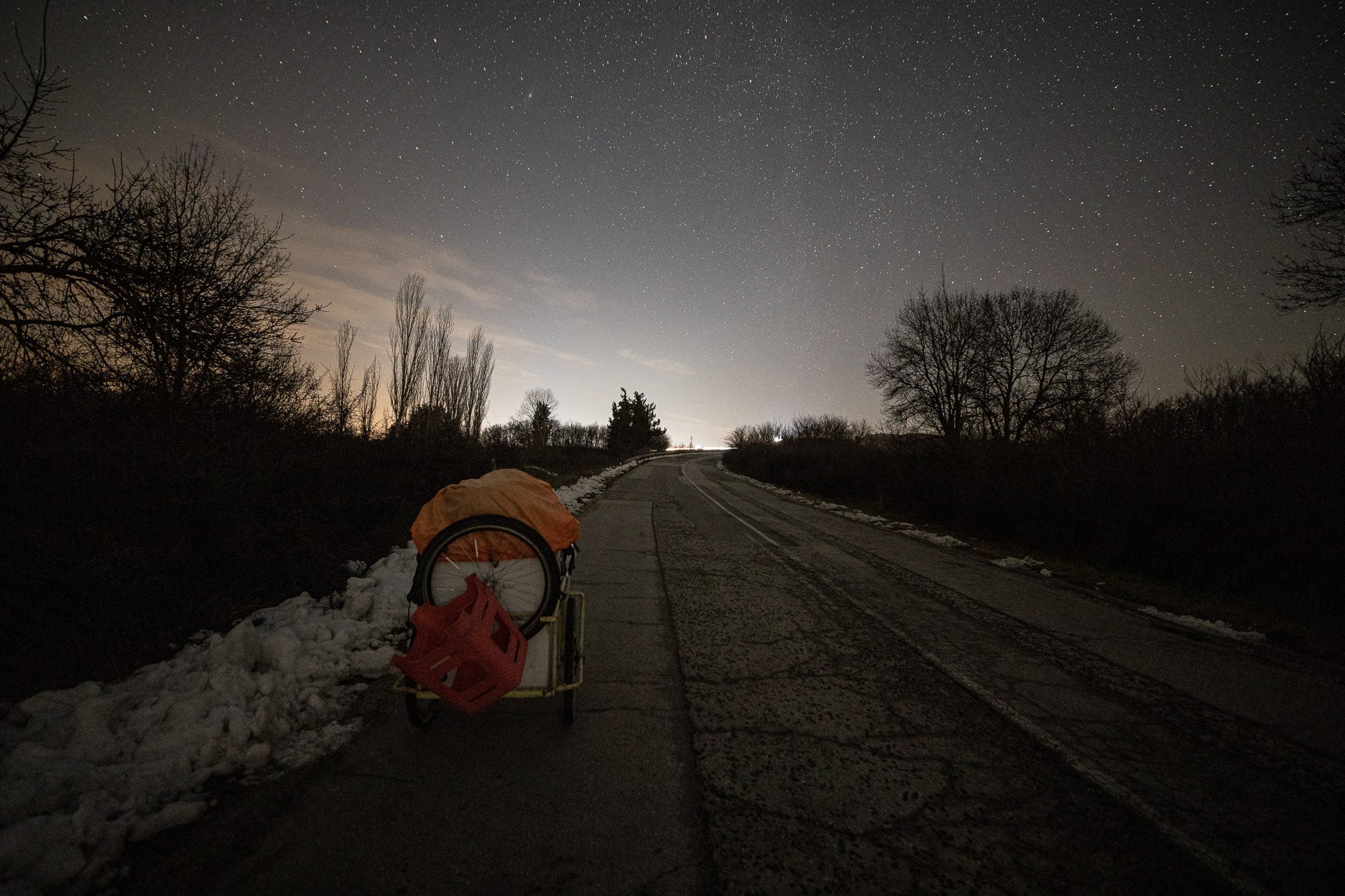 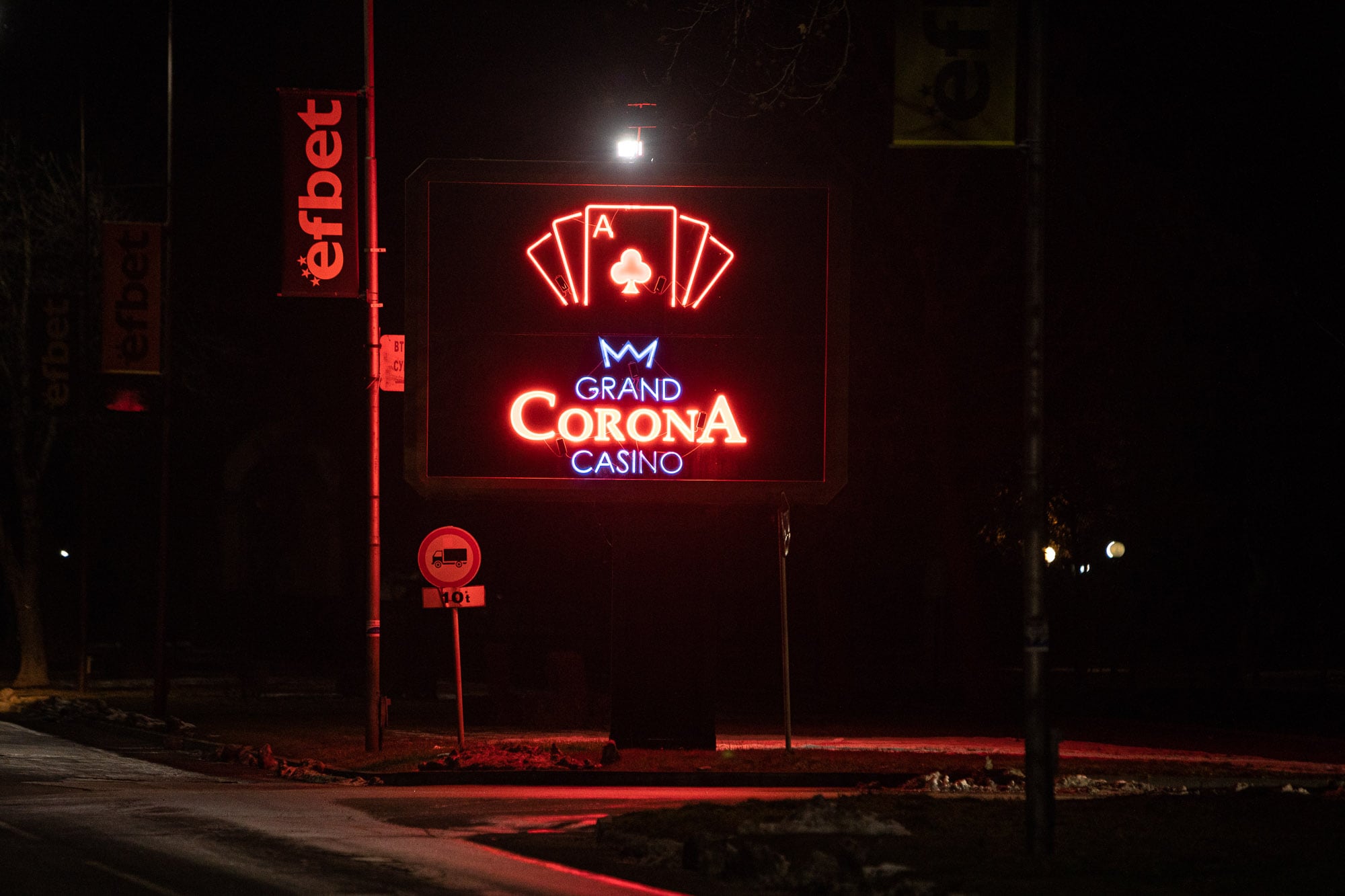 Day 515
from Edirne to Svilengrad