This post is about a toast in Punto Shot Bar Pizza in Edirne. It’s also about a visit to the Grand Synagogue, and about cats.

I wanted to say goodbye to Turkey today. It had taken me a long time to walk from its eastern end to the west, from Hopa on the border with Georgia to Edirne near Greece and Bulgaria. I had sipped on many glasses of tea and devoured many bowls of sütlaç, I had suffered through many bad prayer calls and enjoyed many beautiful mosques. And the people of Turkey had been nice to me.

I wanted to say goodbye to them today.

is anyone here Jewish?

But first I went to the Grand Synagogue of Edirne. This building dated from 1909, when the city still had a large Jewish community. Originally it was one of the biggest synagogues in all of Europe. But the Jews had left Edirne one by one, family by family, and in the early 1980s the synagogue was ultimately abandoned. It went into state ownership, and in the mid-2010s the government renovated it.

I had to pass a guardhouse with an x-ray scanner in order to get in, like in an airport – or like in every Jewish institution I had ever visited in Germany. Because in 2022, it was still not 100% safe to be Jewish, not here, not in Germany.

The synagogue was as beautiful as it was empty. I asked the guards if anyone ever came here to worship. They said that there were some special occasions a few times a year. Otherwise, no. Were there any Jewish families left in Edirne? I wanted to know. They thought for a second and then said that maybe there was one. They weren’t so sure.

the ubiquity of cats

I went to a café after that. I ordered an expresso, accepted the expresso, and thanked them for the expresso. It was a good expresso. There was a cat with me in the café, and while I was petting her I understood that I would miss this about Turkey: the ubiquity of cats.

It wasn’t only that cats were everywhere. It was also that they were accepted in many places. They lived in the cafés and in the mosques, and often they had their own little houses in the shops or on the street corners.

I still wanted to say goodbye to Turkey. And so in the evening I went to a place called Punto Shot Bar Pizza. It seemed to be 50% bar and 50% pizza restaurant. I ordered a pizza and a beer. Both were excellent. I watched the people around me, there were about twenty of them, they were mostly in their 20s and 30s, and most of them were drinking alcohol.

Punto Shot Bar Pizza had lots of drink deals. I asked the staff to give one shot of tequila to every person in the room.

Then I stood up.

I said thank you and goodbye to them and to Turkey, and I said Bize Her Yer Trabzon.

And then, with the taste of tequila in my mouth and a sting of sadness in my heart, I left.

The Grand Synagogue of Edirne: 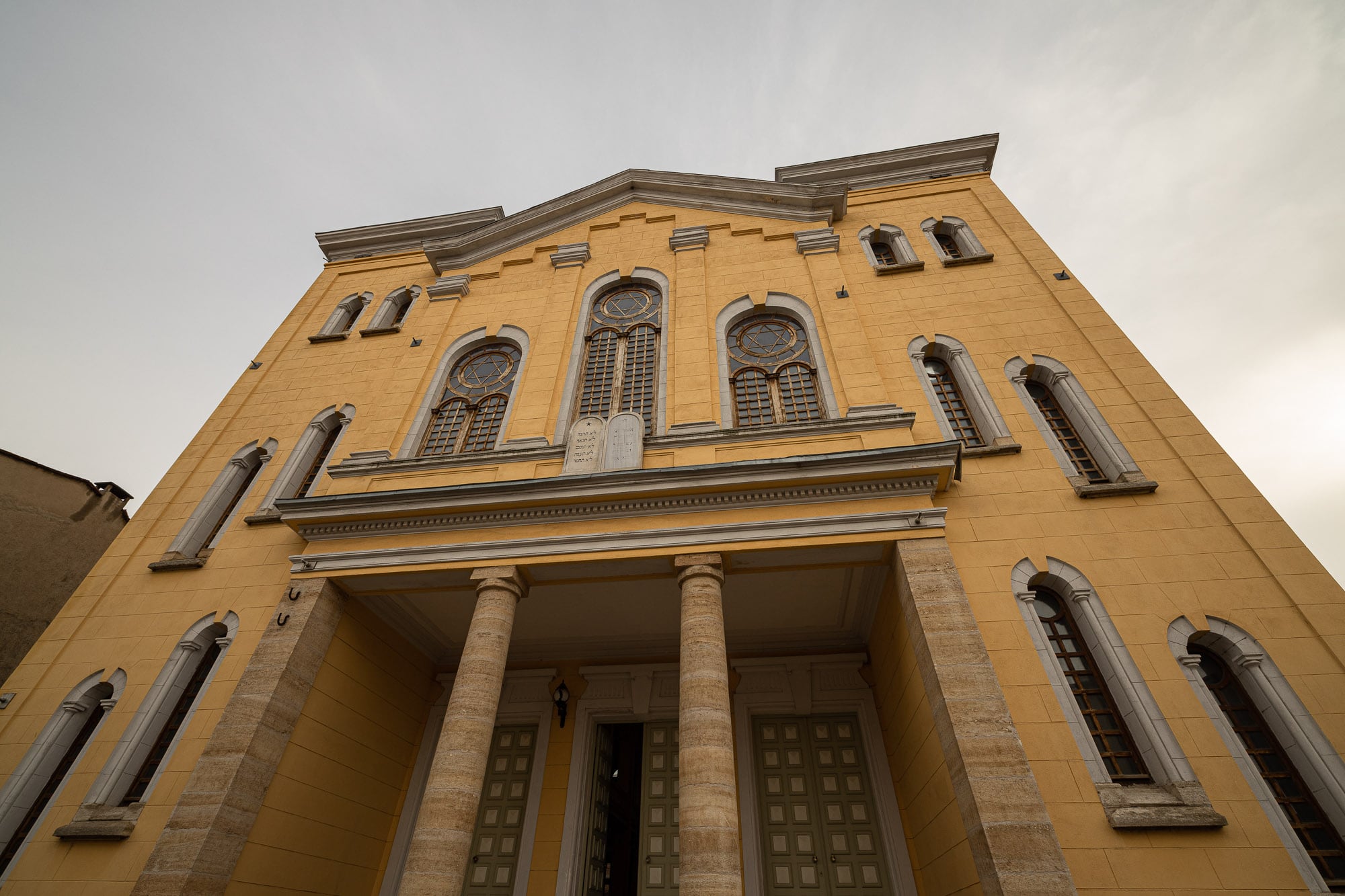 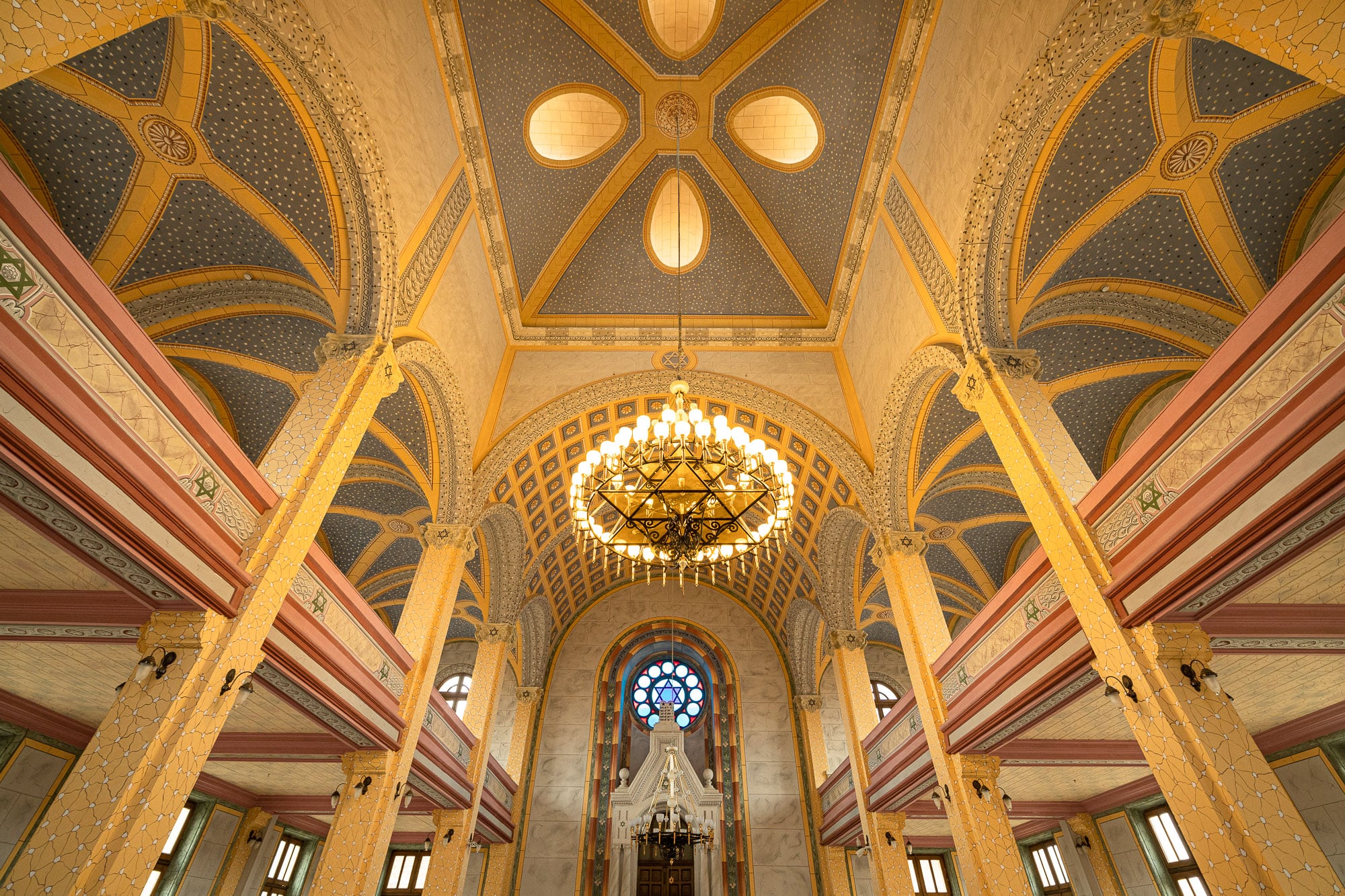 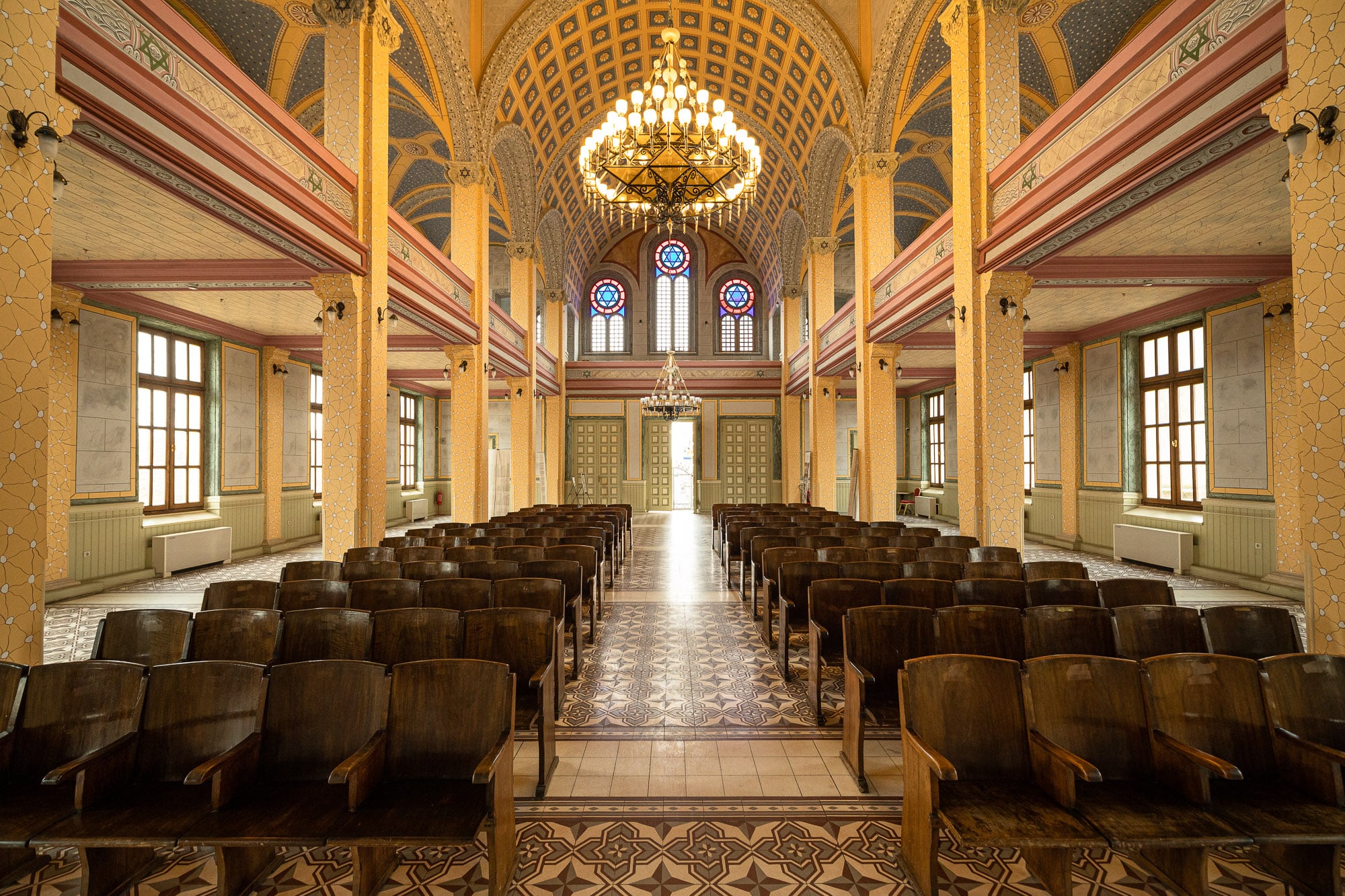 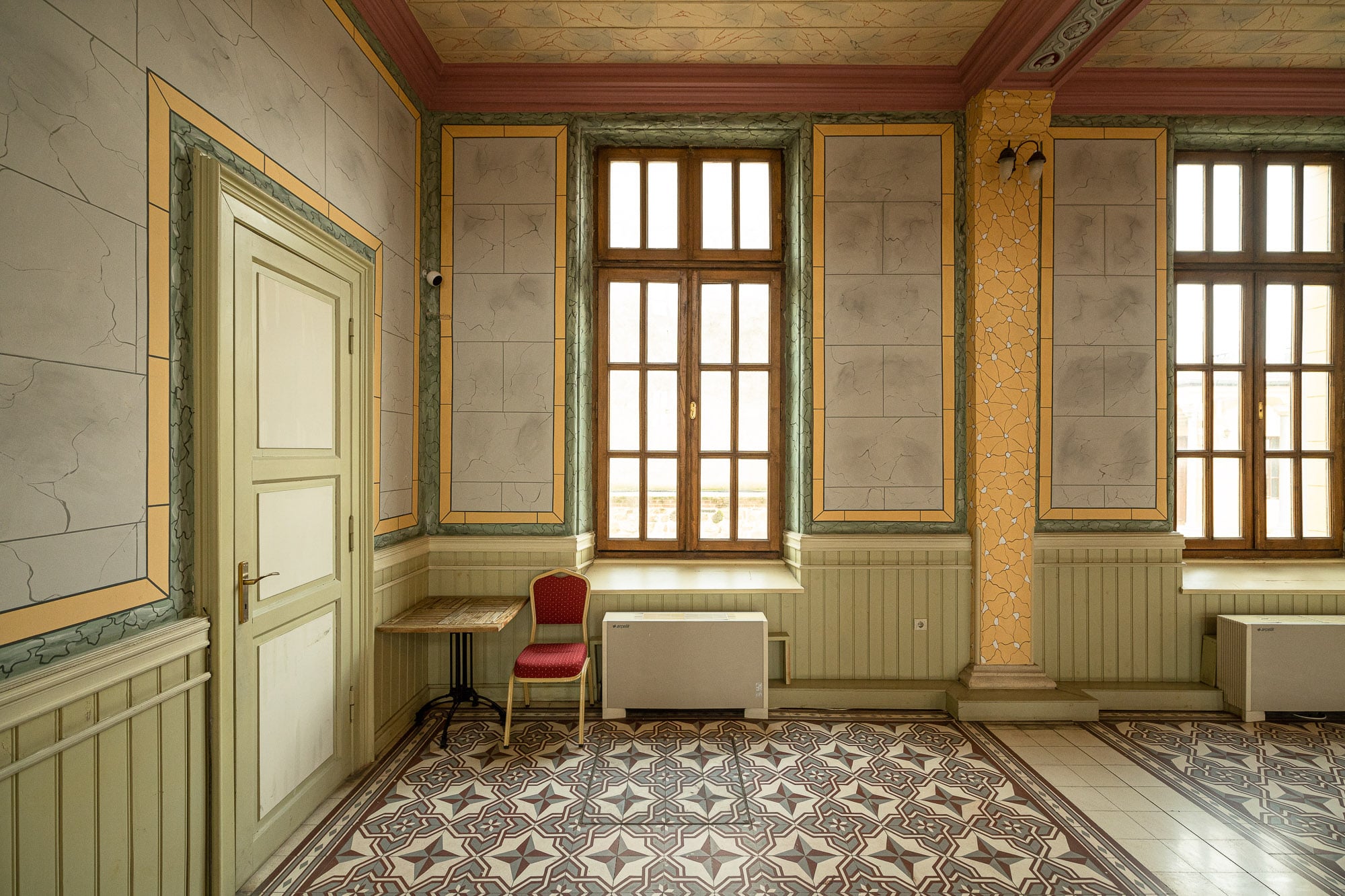 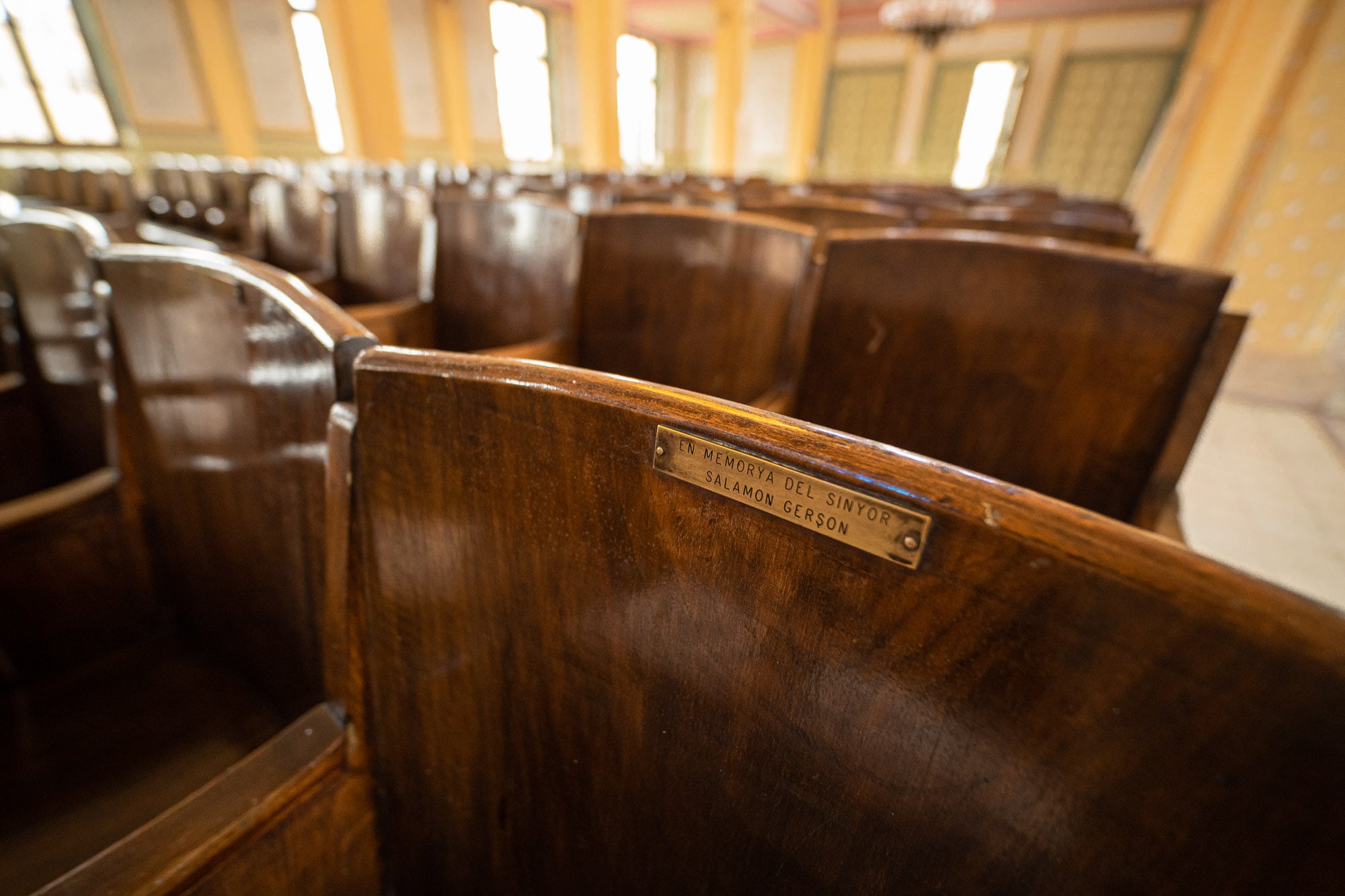 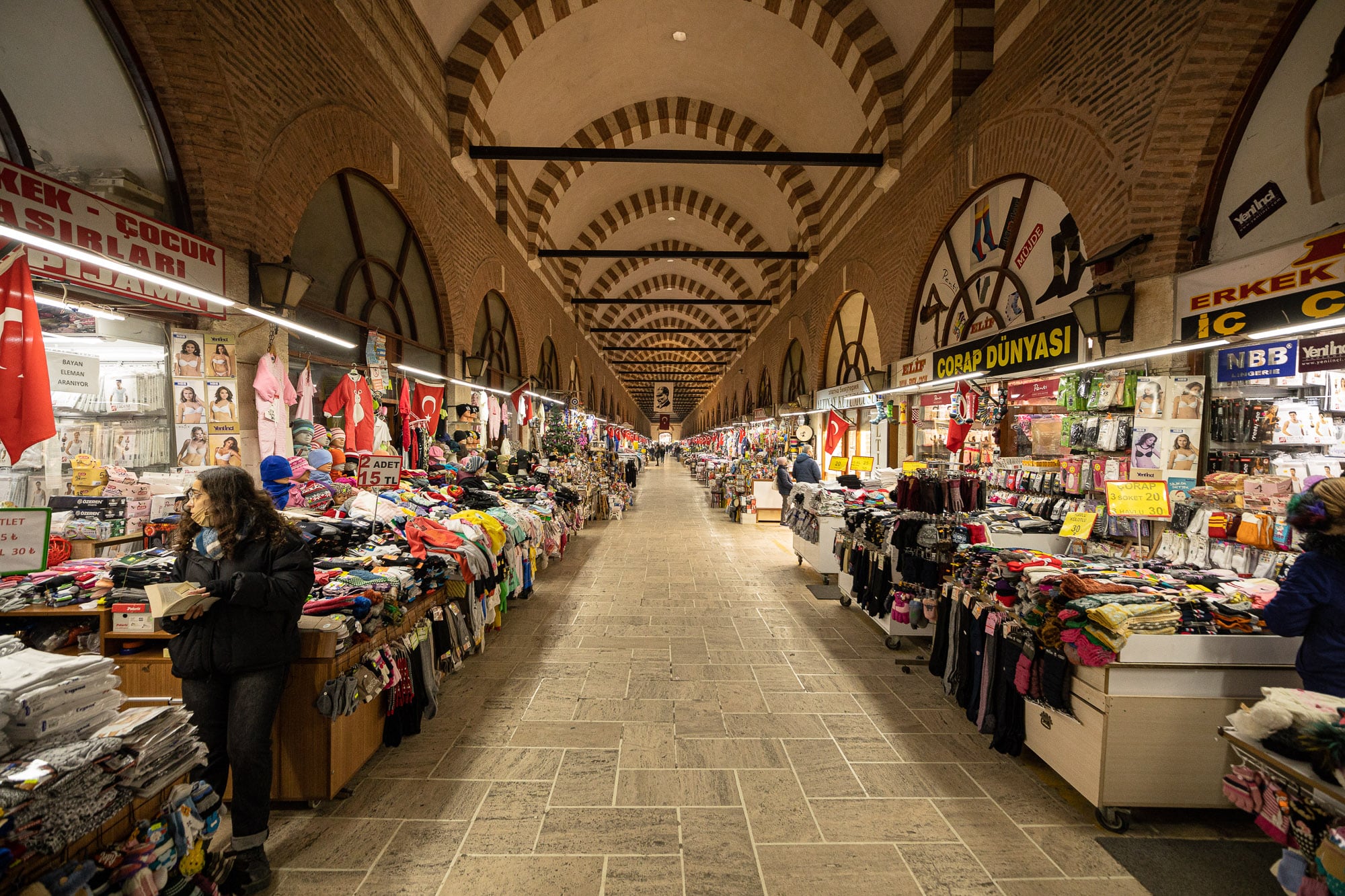 Cat in a café in Edirne: 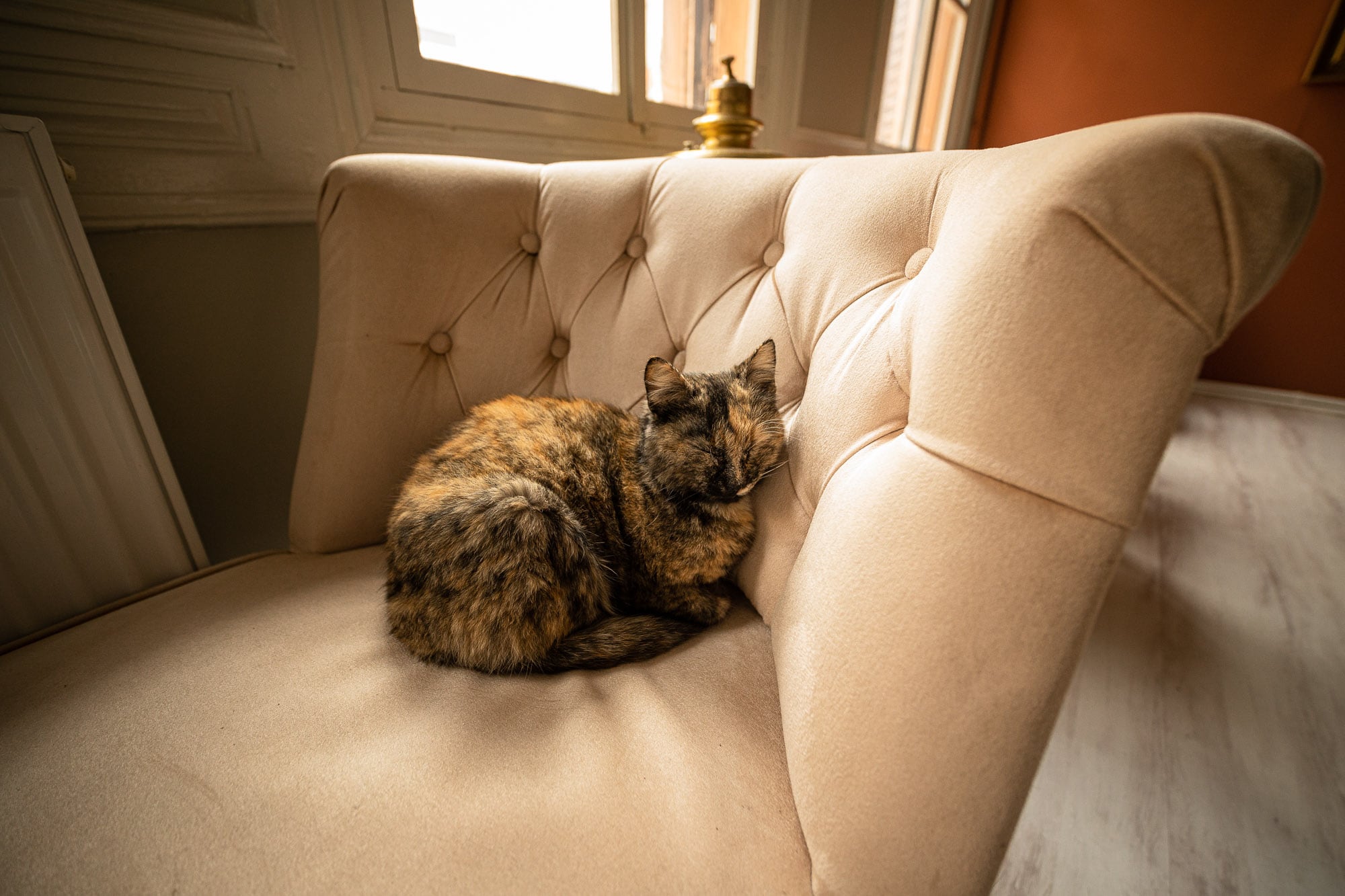 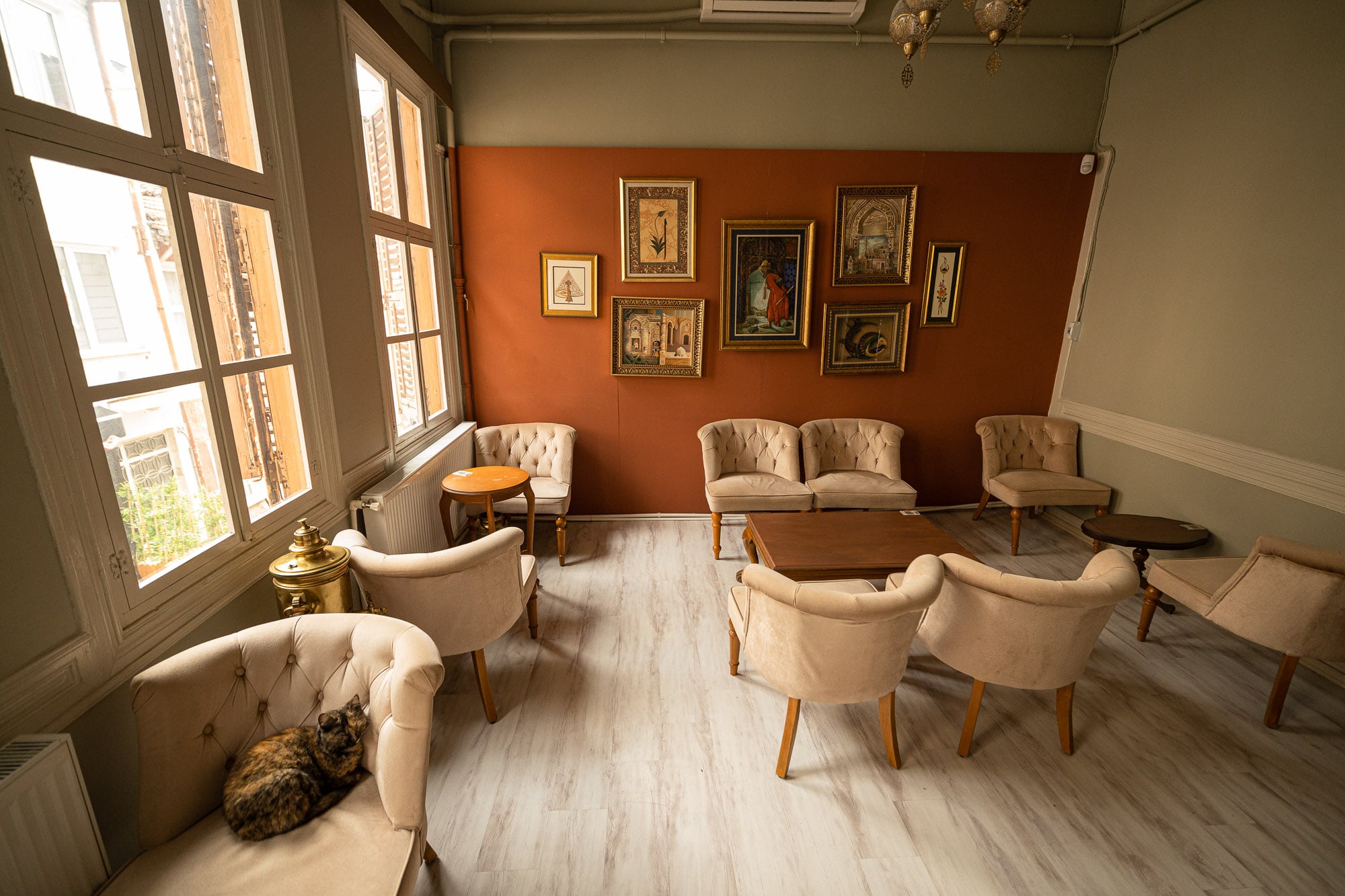 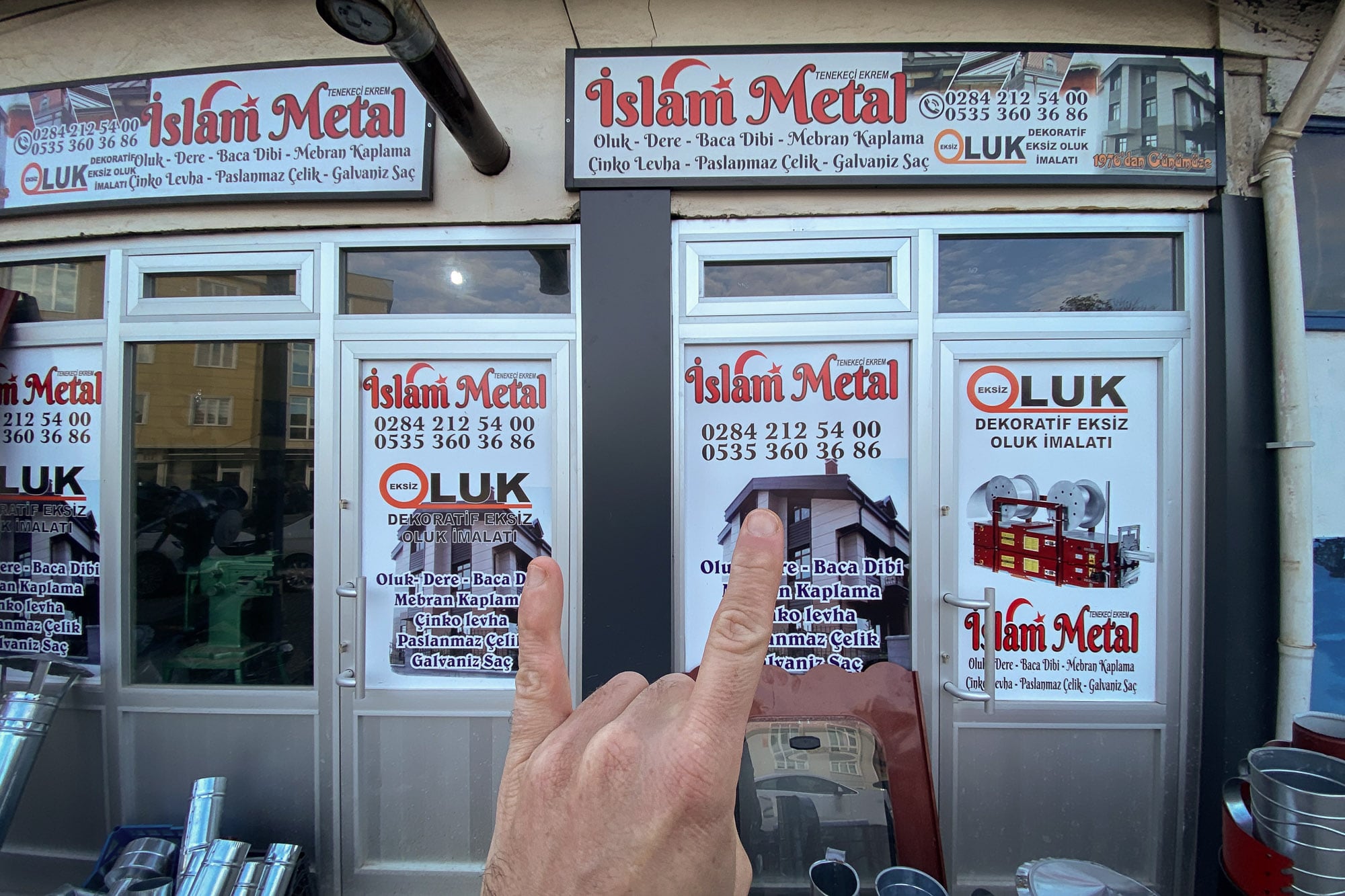 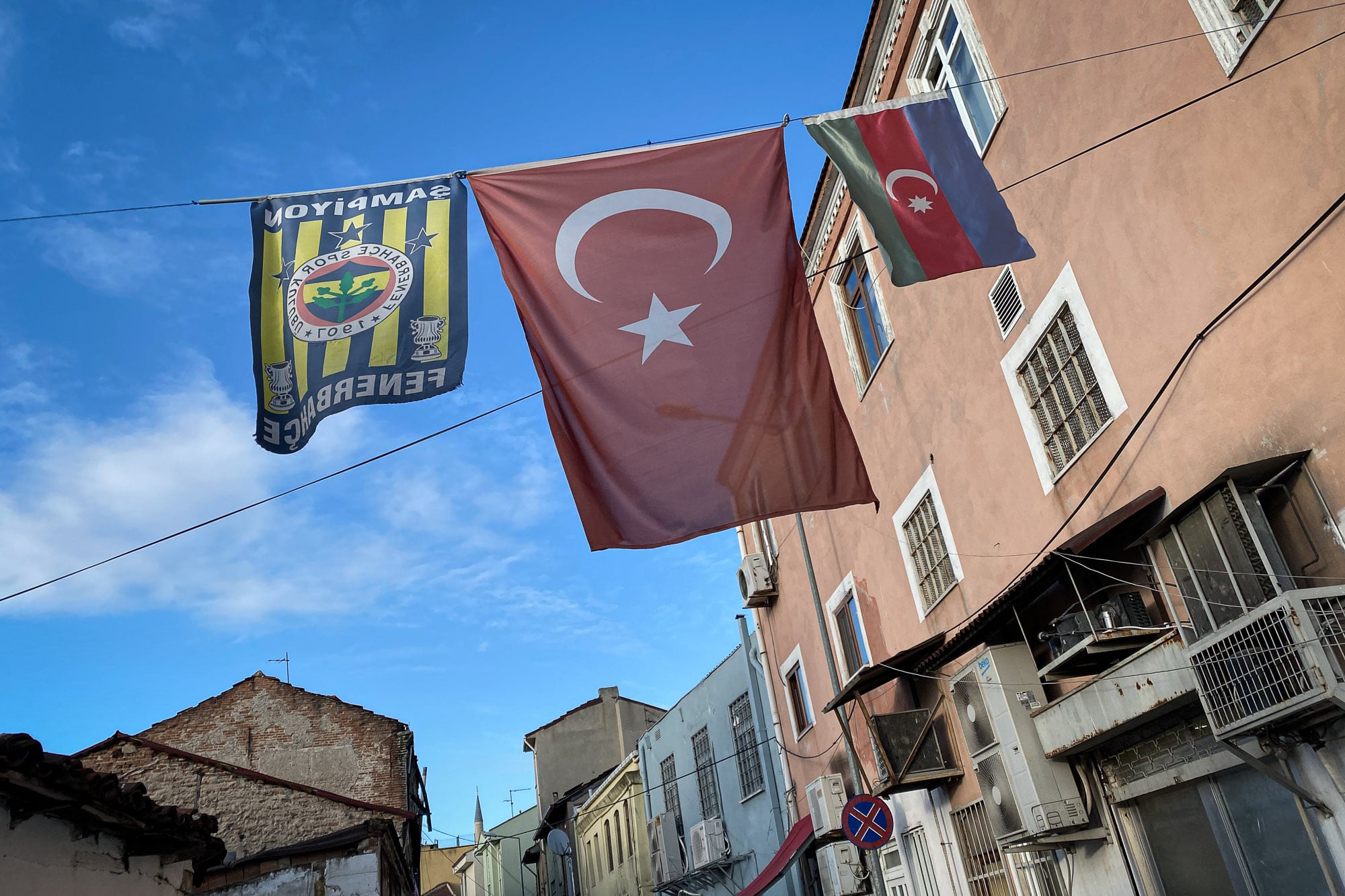 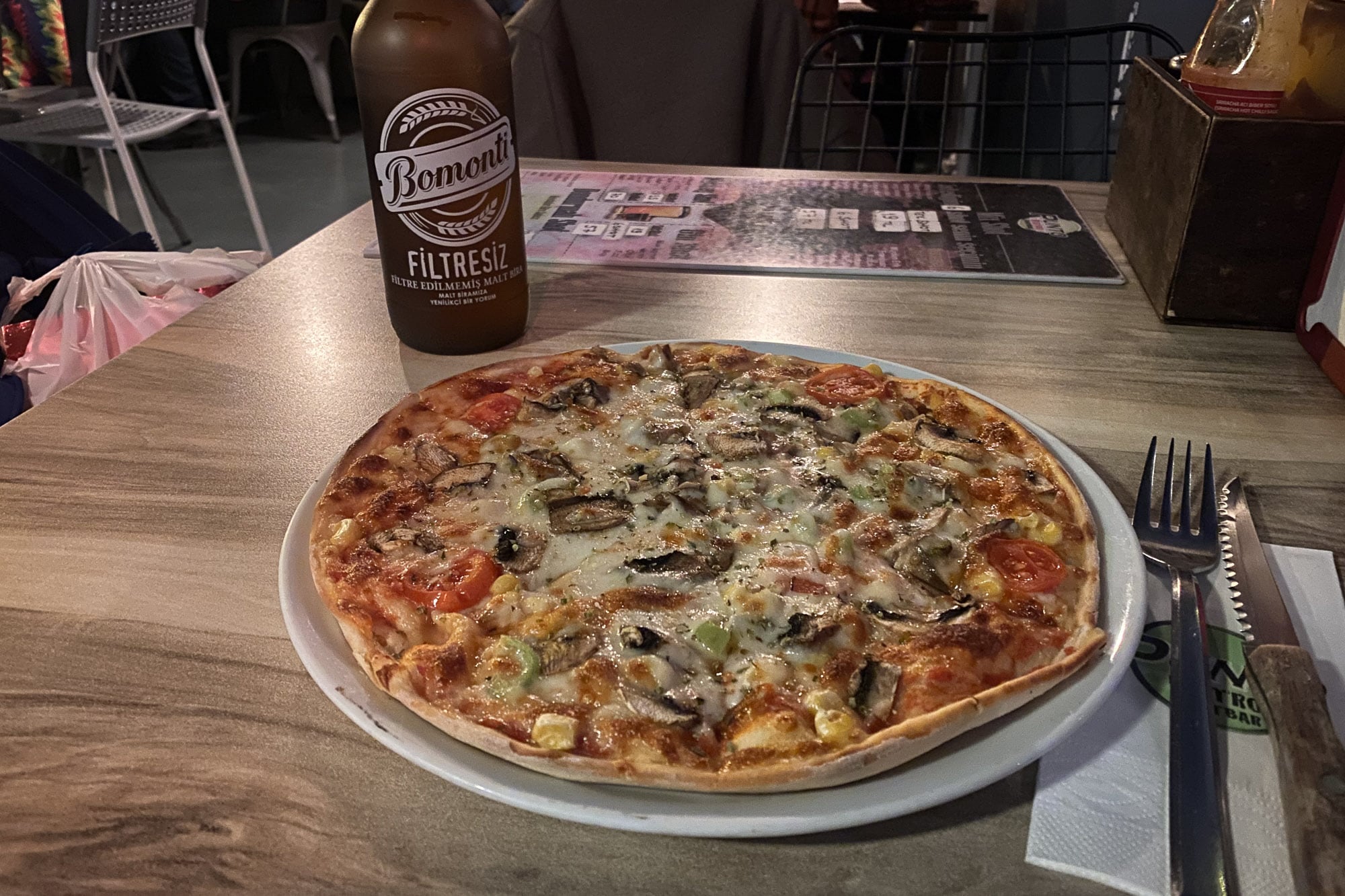 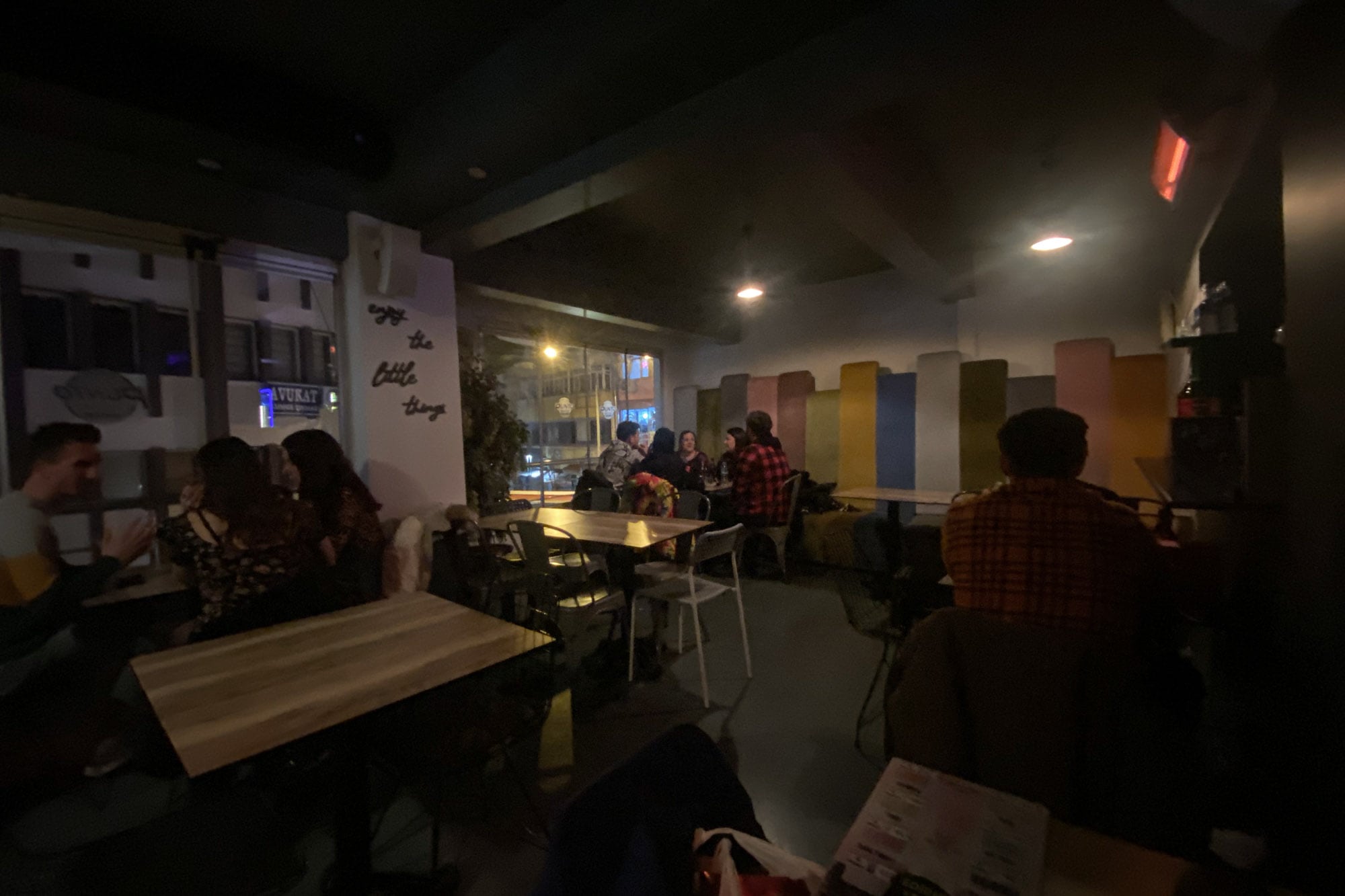