This post is about a day spent at the Complex of Sultan Bayezid II in Edirne. We also visit the Selimiye Mosque, but it’s under renovation.

This morning I took a taxi across town to have breakfast with a family I had met the day before. They had spent a long time in Germany, and we talked about many things related to Turkey and Germany. The food tasted great, and almost all of it was organic, either from their garden or from the village. It was awesome.

In the end they gave me a wool hat that their grandma had made. I loved the hat and the grandma.

We went to the Complex of Sultan Bayezid II in the afternoon. It was a bit outside of town, somewhere near the location of the Edirne Palace. I was glad we went there by car. First we looked at an historical medical school, then at a mosque, and then at a large soup kitchen.

It took some explaining on the part of my friends and some reading on my part for me to understand what I was looking at: the whole area was a külliye. In traditional Turkish society, mosques were about more than just religion. They were communal spaces. People would gather money through charity and construct areas that centered around a mosque and incorporated schools, hospitals, bath houses, and a kitchen to feed the poor. These areas were called külliye.

When we went and looked at the soup kitchen, I had to think of all those nights I had spent in mosques in Iran. People had gone out of their way to make sure that I, a traveler from afar, felt comfortable. They had provided me with shelter, with a place to wash, and often with plates of food.

Would churches do the same? So far, the answer had been no.

We went to the Selimiye Mosque in the evening. It was closed for renovation works, but my friends made a few calls and managed to get us in anyway. The mosque was a bit younger than the others I had seen in Edirne – it was from 1575.

But it was one of the defining buildings of the Ottoman Empire. Sinan, the architect of the Kanuni Sultan Suleyman Bridge near Istanbul and of the Cedid Ali Paşa Mosque in Babaeski had put all of his skill into this building. It had the highest minarets in all of Turkey, and its dome was higher than that of the Hagia Sophia.

The historical medical school of the Complex of Sultan Bayezid II: 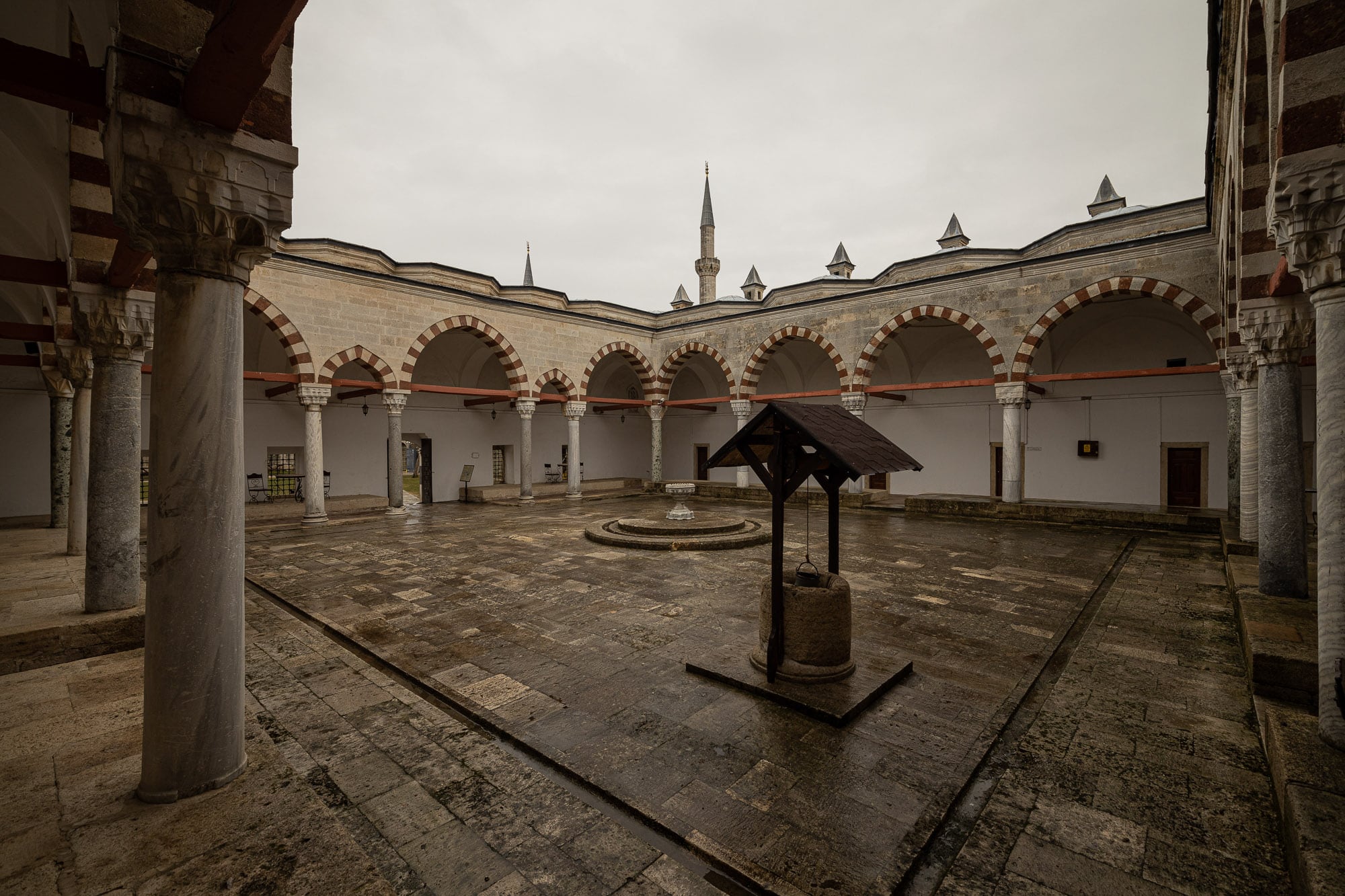 Her name was Sultan: 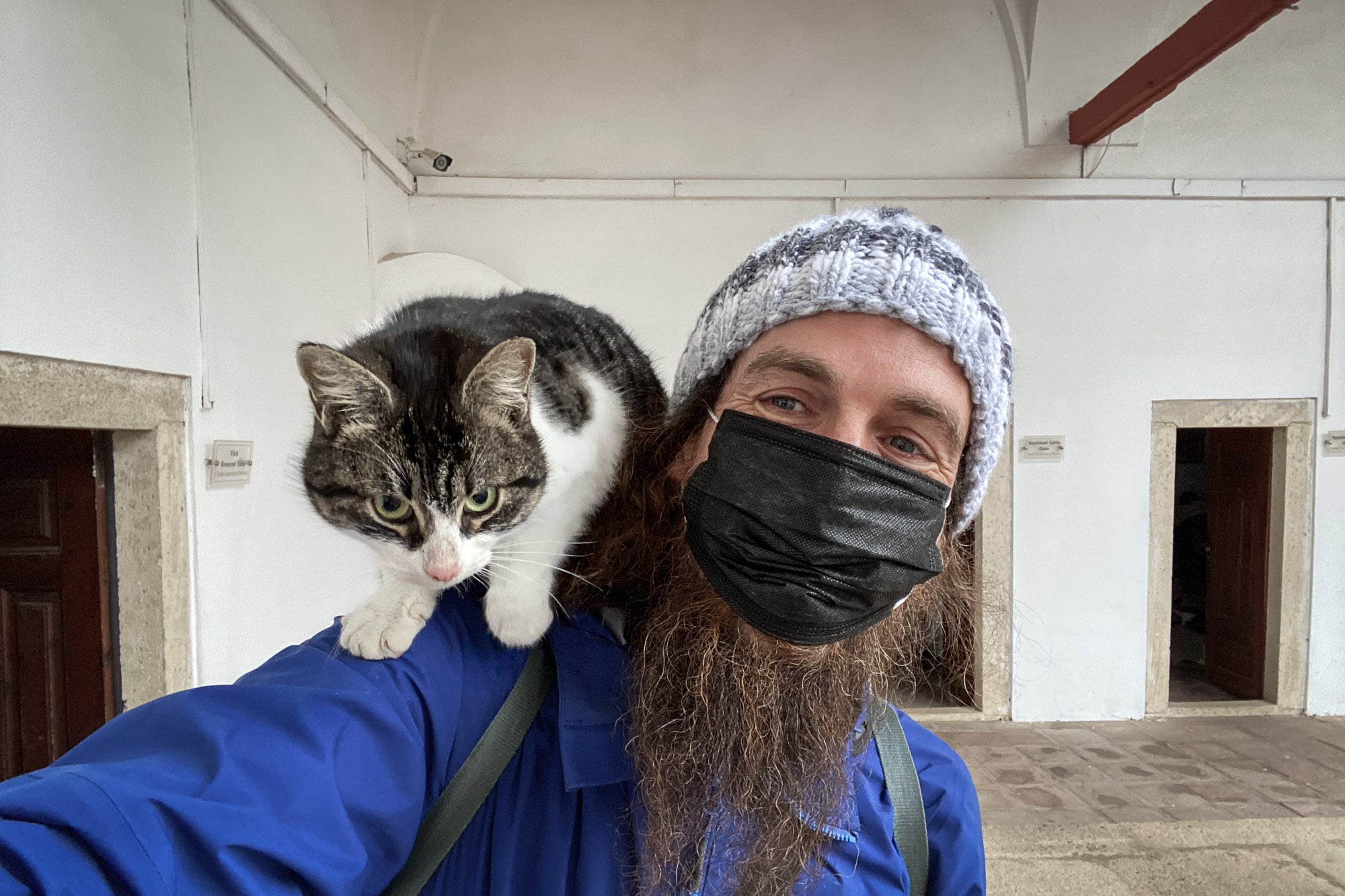 The historical hospital in the Complex of Sultan Bayezid II: 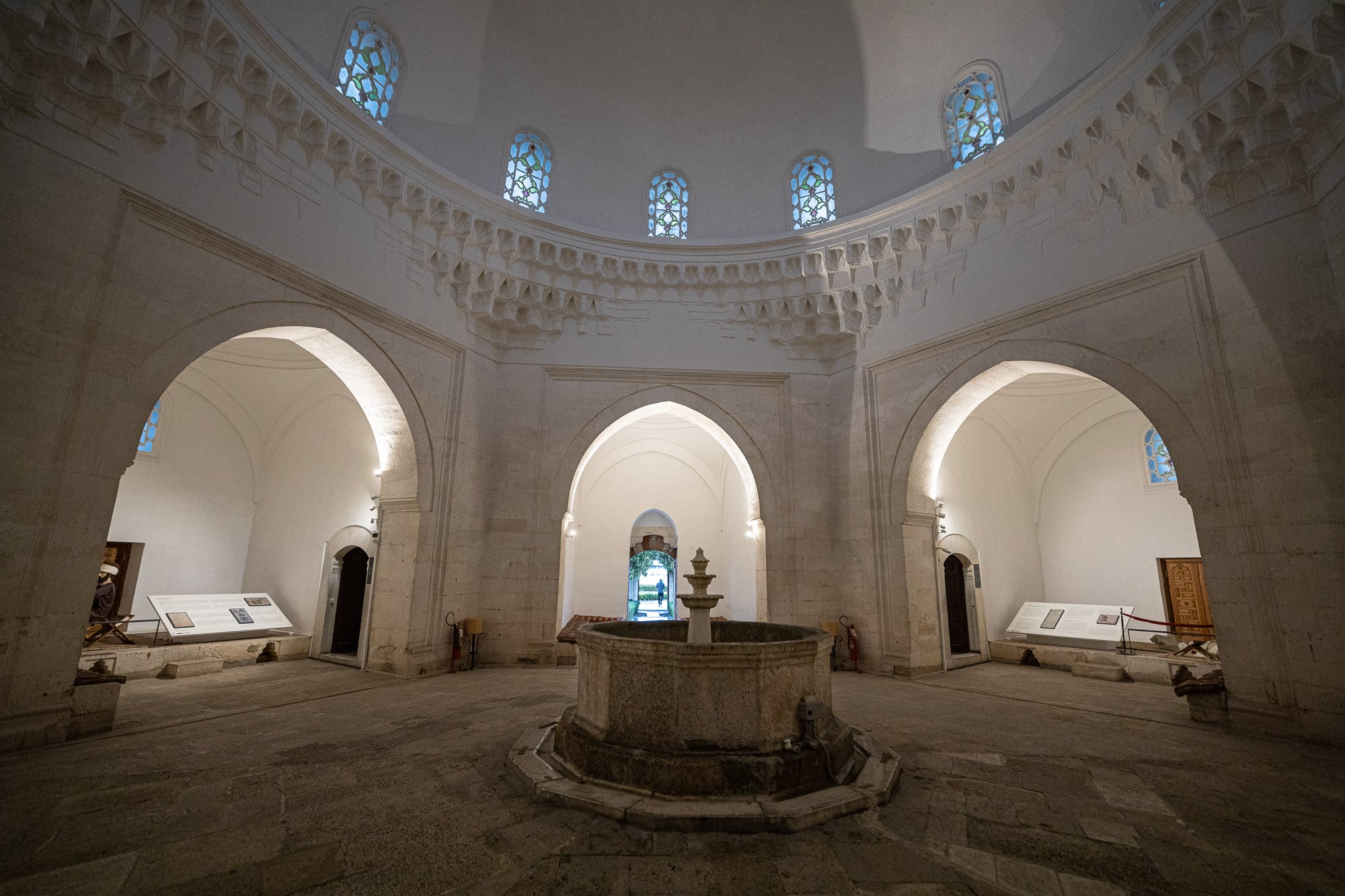 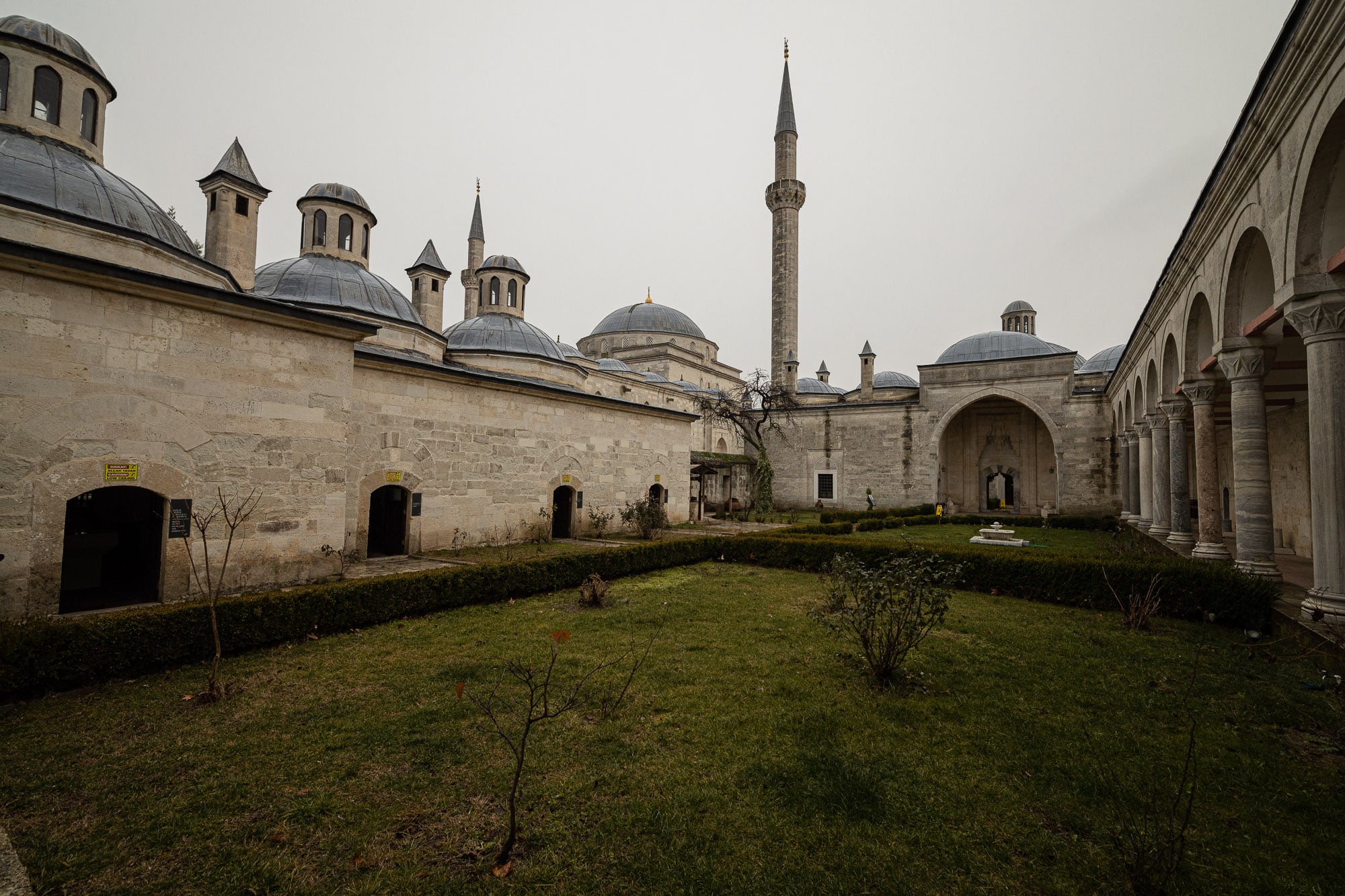 The vaulted roof of the soup kitchen: 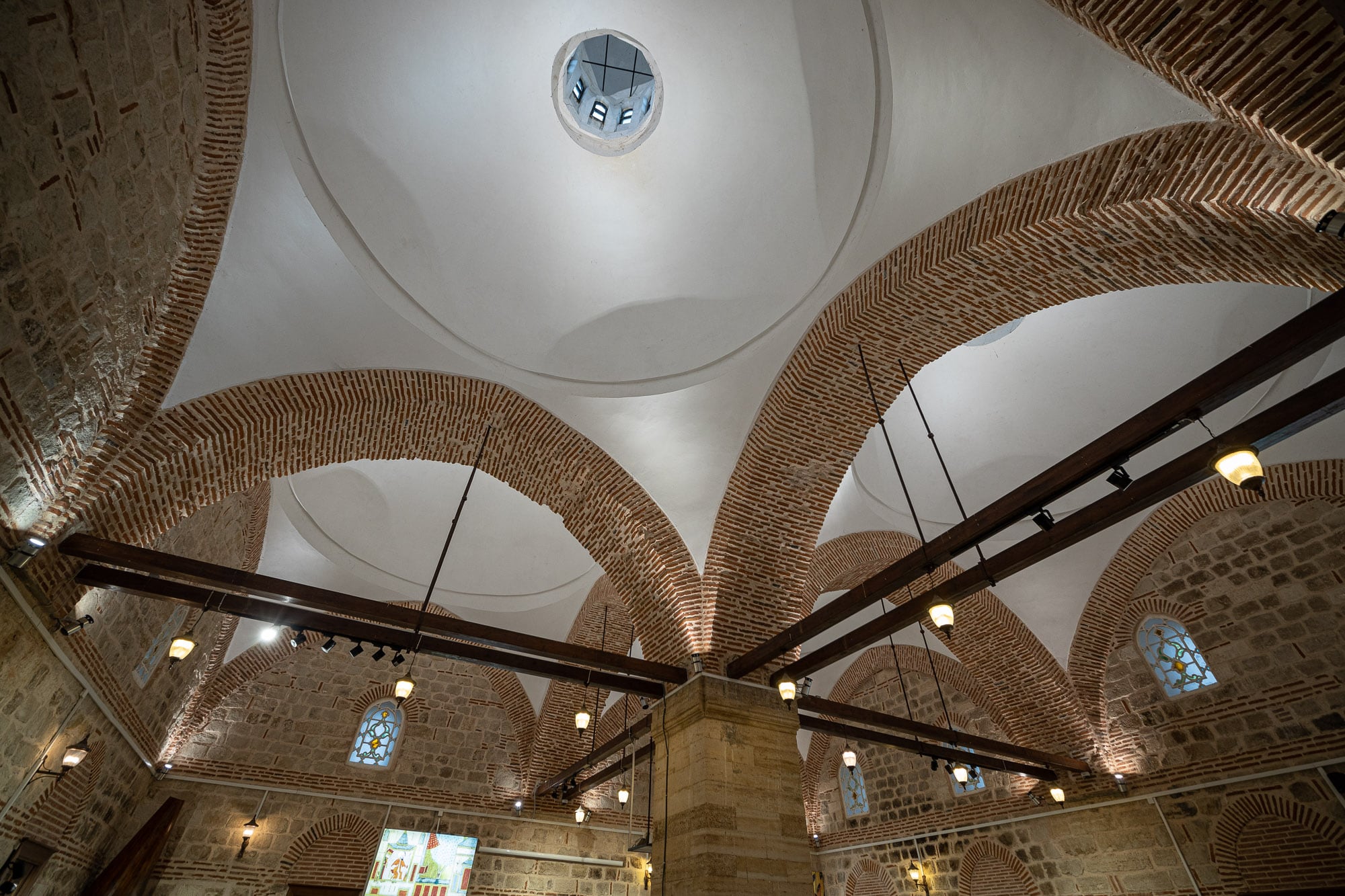 The soup kitchen from outside: 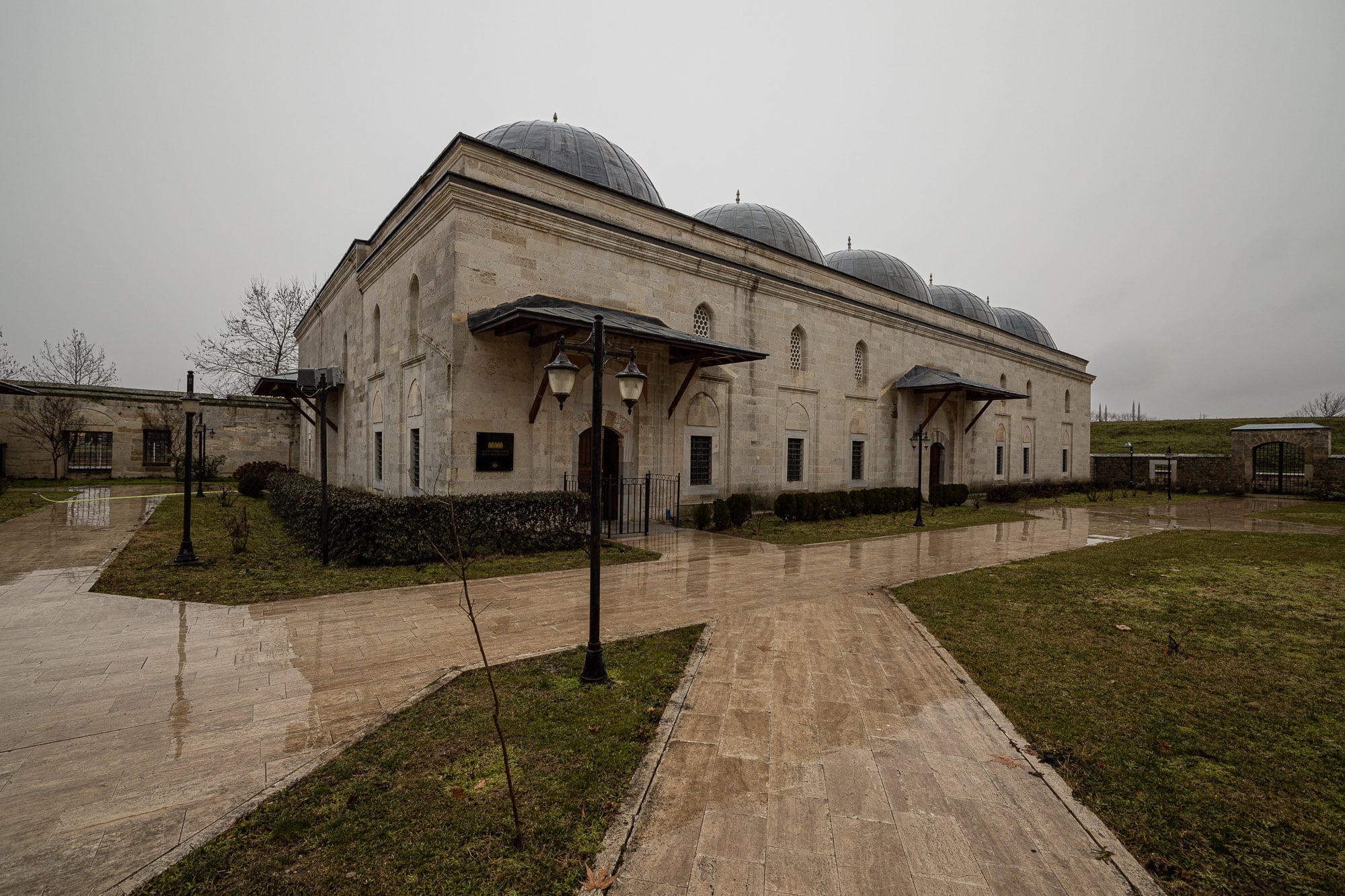 The part of the mosque that is reserved for women: 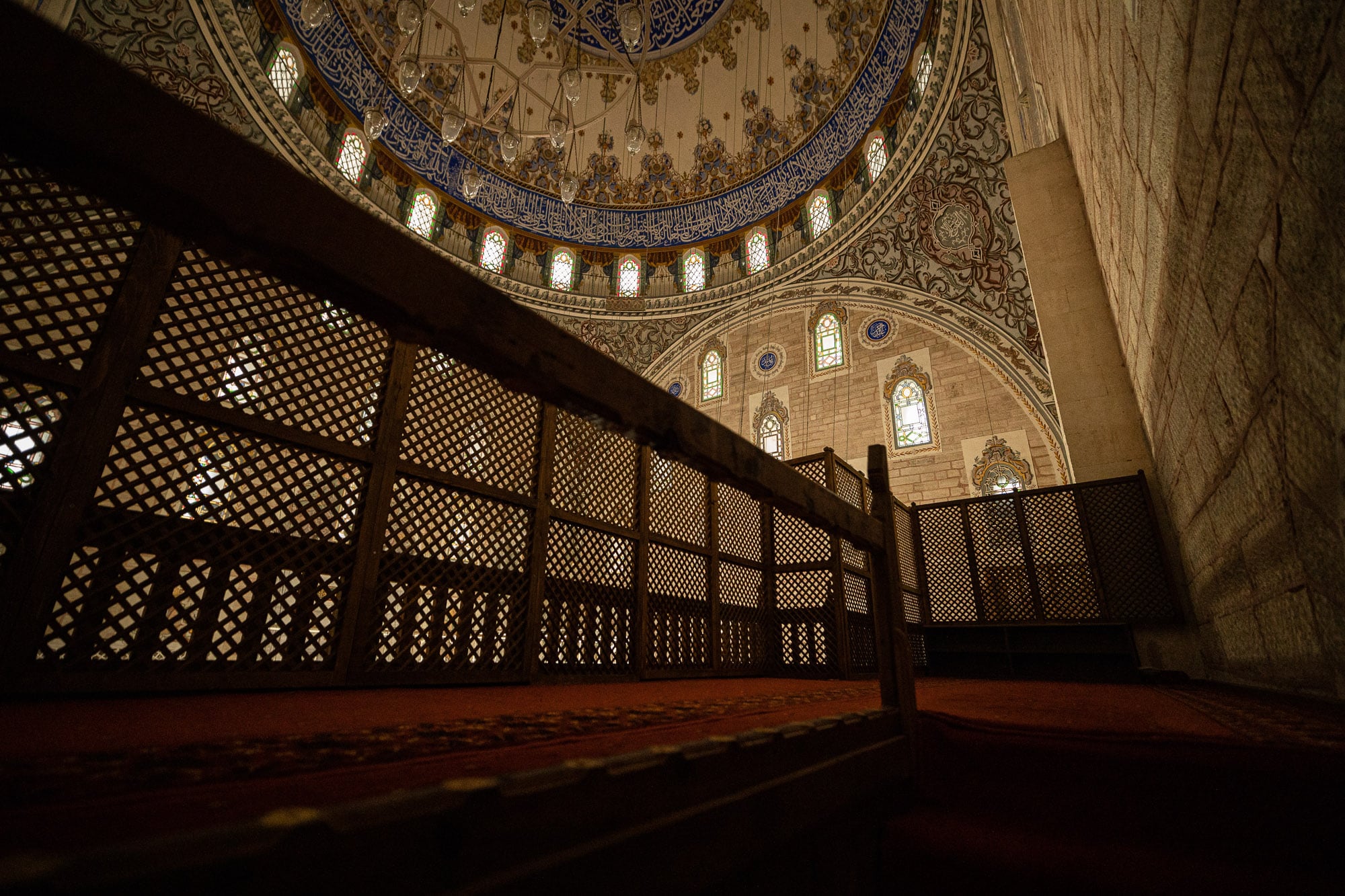 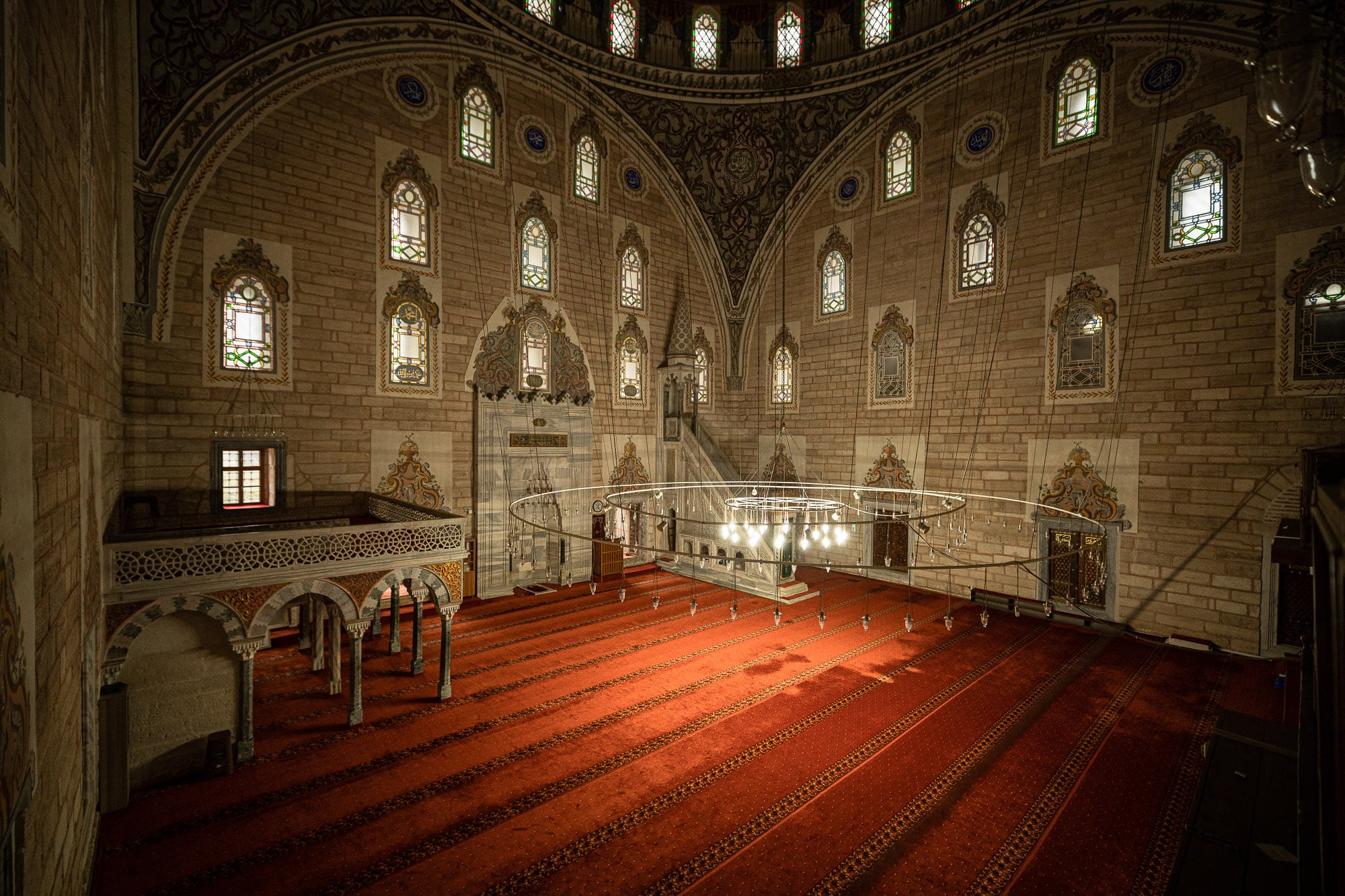 The courtyard of the mosque: 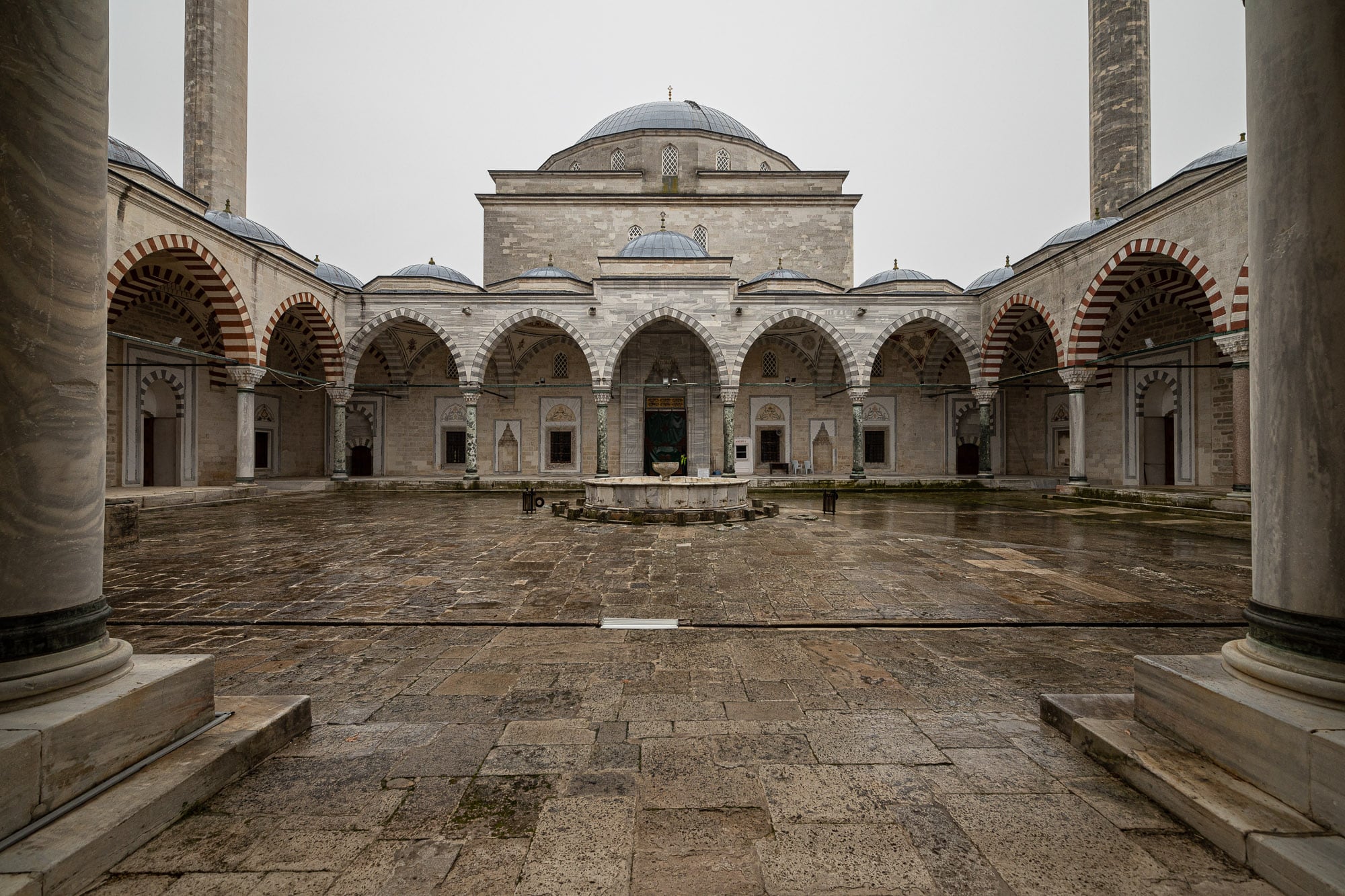 Dome of the Selimiye Mosque: 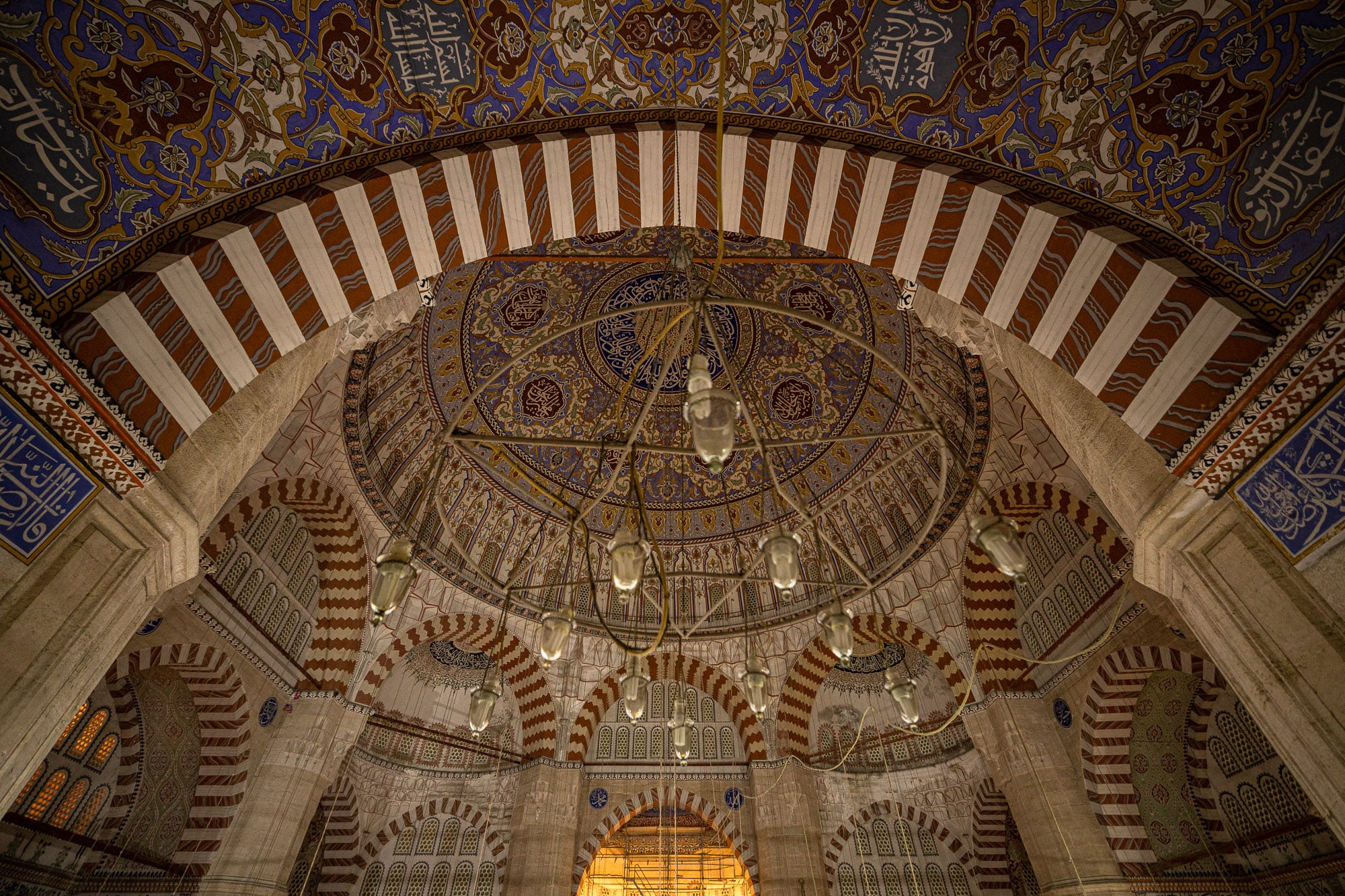