This post is about a 22,6km walk from Imrenli to Sile. It rains even harder than the day before. But I am optimistic about something.

All my stuff had dried overnight, and they were all warm from the radiators. So I put on warm clothes and warm shoes and a warm hat, and then I threw on the poncho. It felt nice. Then I opened the door. It was raining harder than the day before, and it was windy. Fuck, I thought, fuggidifuggfuggfugg.

Then I started walking.

I had done about twenty minutes on an uphill gravel road when I received a call from the guesthouse. They had found two of my SD-cards. I looked back at the road and despaired.

A few minutes later Ferhat appeared in his car. He was bringing me my SD-cards, and he was all smiles. People often asked me what it was like to walk through foreign lands. Wasn’t I scared? The answer was a cliché, but a nice one: most people felt happy when they had a chance to be kind to others.

how do they do it?

A couple of uphills later, I arrived in a village. There was a mosque, and next to it, as was customary, there was a teahouse. I parked the Caboose under a canopy and went in. Everyone was looking at me as if I had fallen from the sky. I took off my dripping poncho, my dripping hat, and my dripping jacket. I asked for tea, and someone stopped the baker’s van outside so I could get some bread.

Then I sat there, and then slowly, we started talking. They seemed to think that I was crazy to be walking around in the rain. I couldn’t blame them. I for my part was wondering how the owner of the teahouse made a living. One glass of tea cost 1.5 lira. There was nothing else on offer, and many of the patrons weren’t even having tea. They just were just sitting there.

I didn’t ask, because I didn’t want to be intruding. But I wondered.

As soon as the rain had eased up for a few minutes, I left the teahouse. Of course it came back stronger than before, but it didn’t matter. I was cold and wet anyway. Şile, Istanbul’s favorite Black Sea resort, lay ahead. And I had received an email from the Turkish Ministry of Tourism, saying that they wanted to help me get a permit to cross one of the bridges over the Bosphorus.

Dragging one wet foot in front of the other, I slowly walked on, allowing myself to feel a spark of optimism. 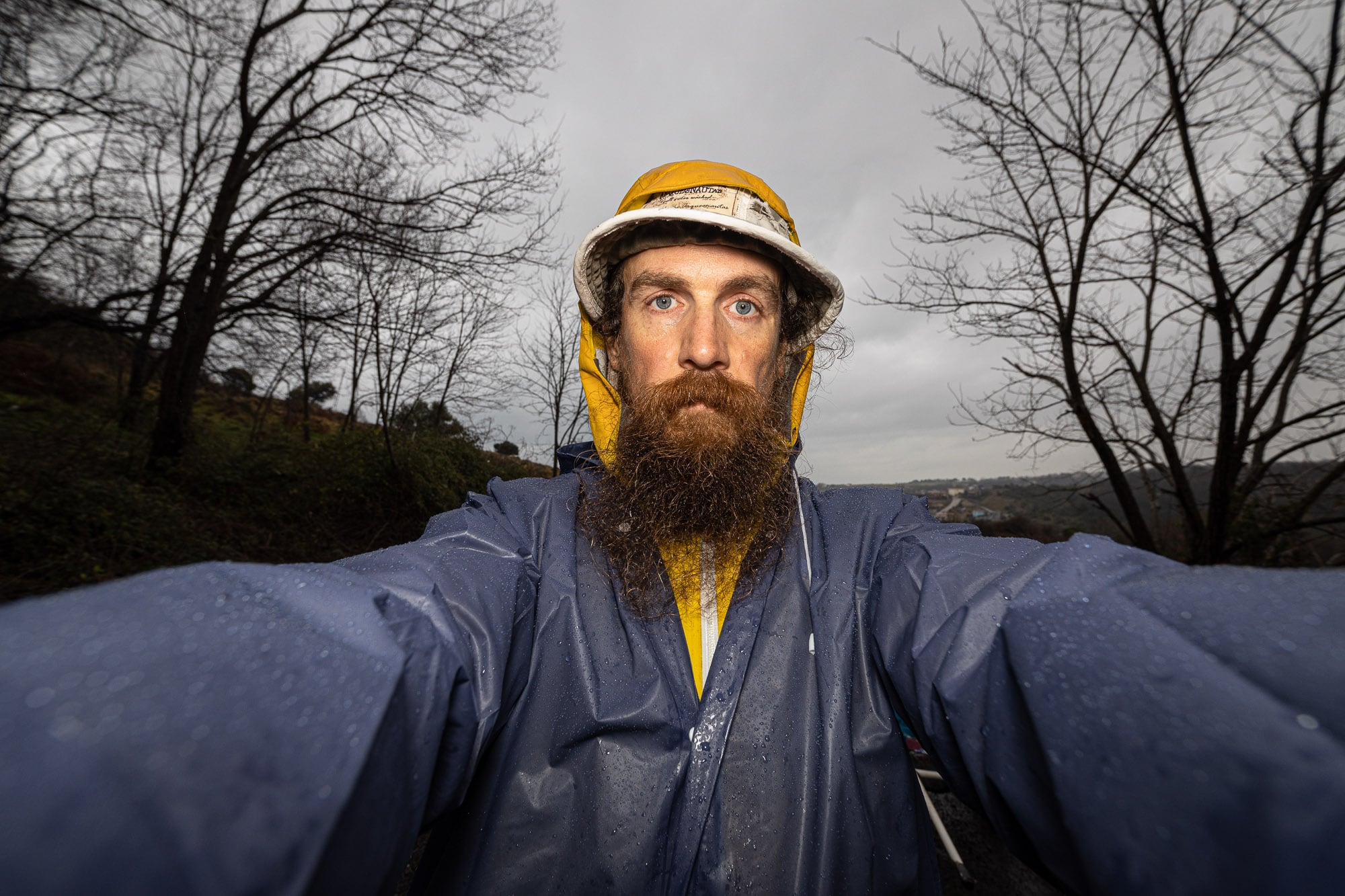 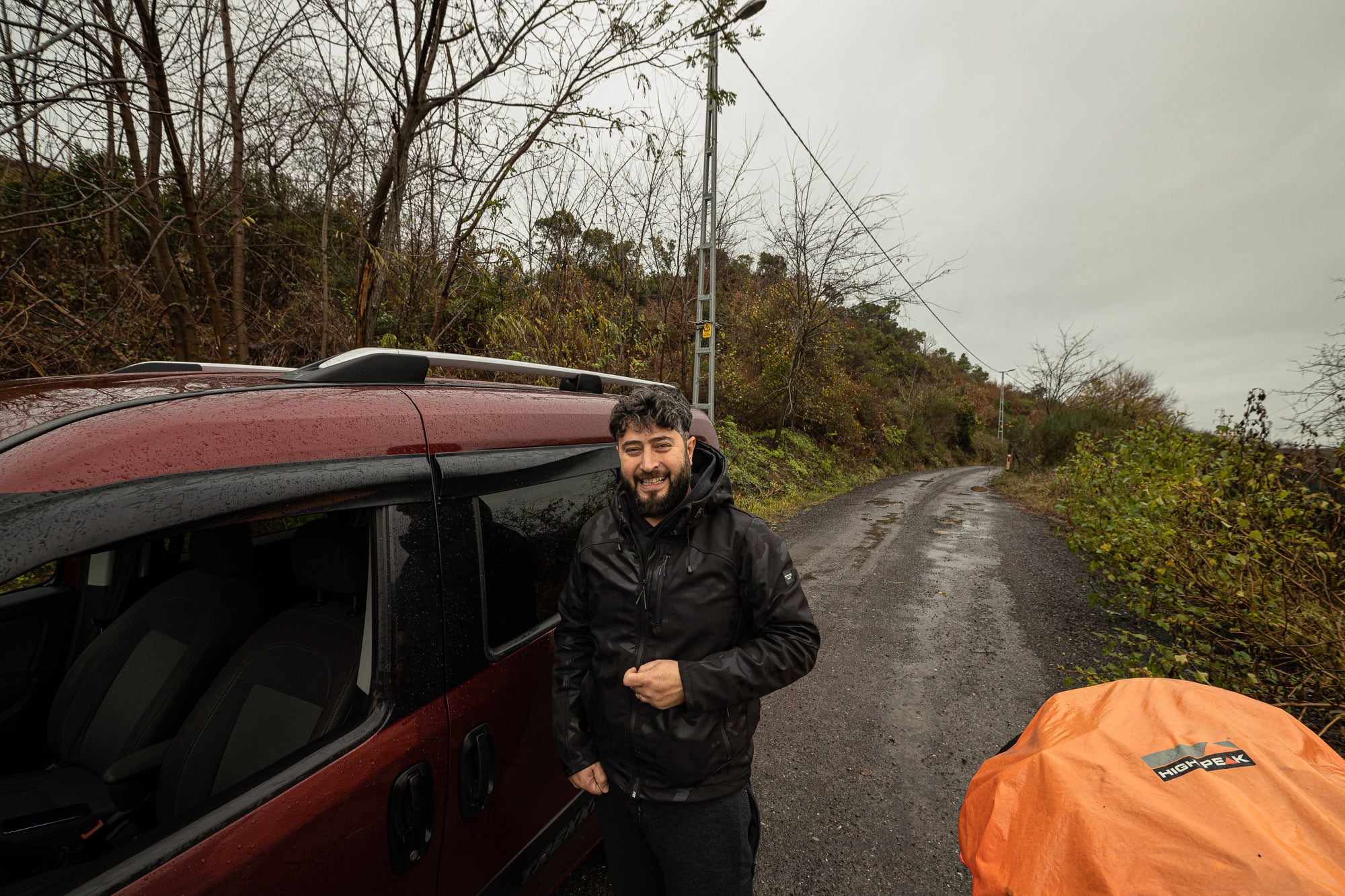 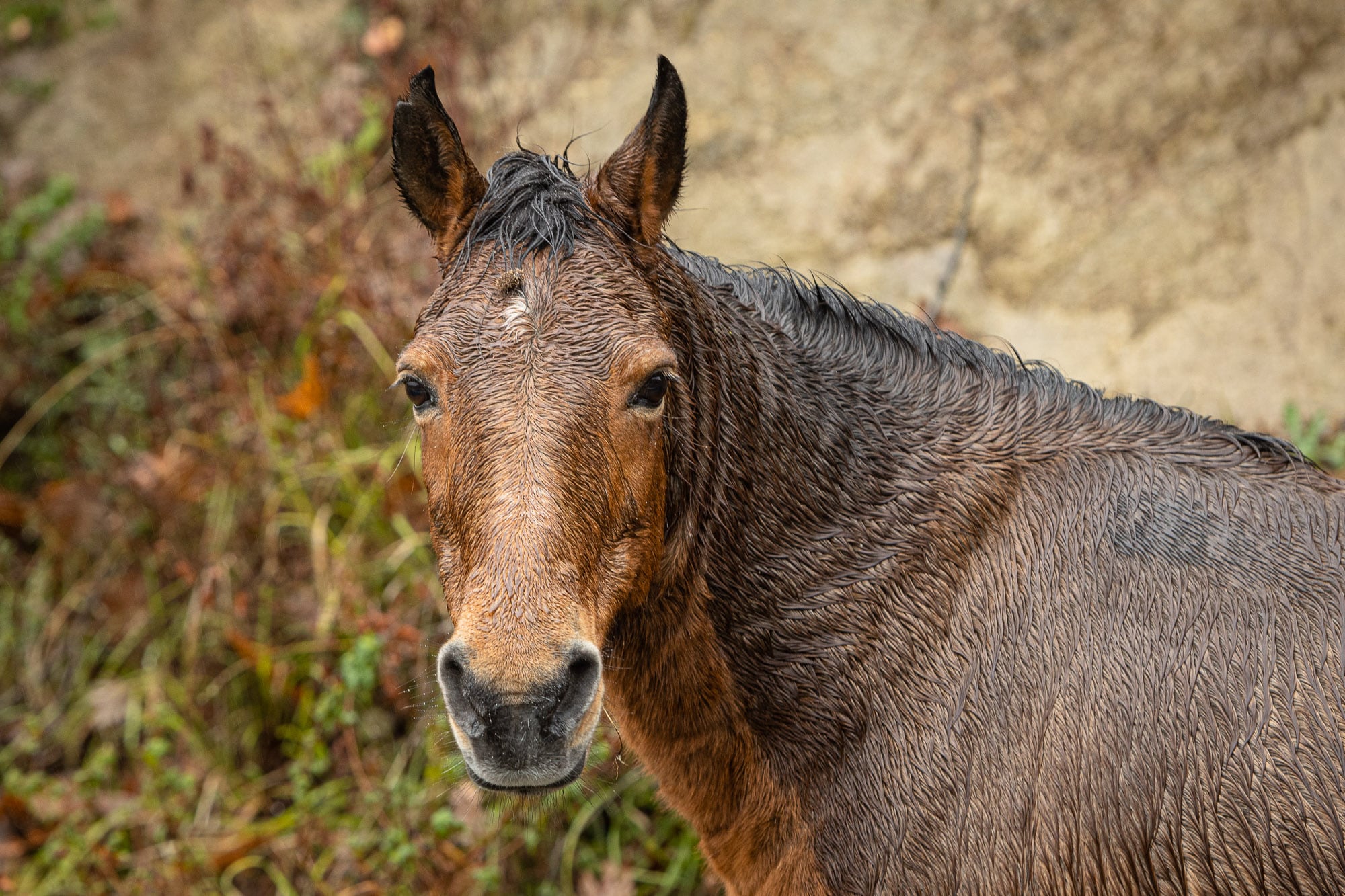 In the teahouse of Akcakese: 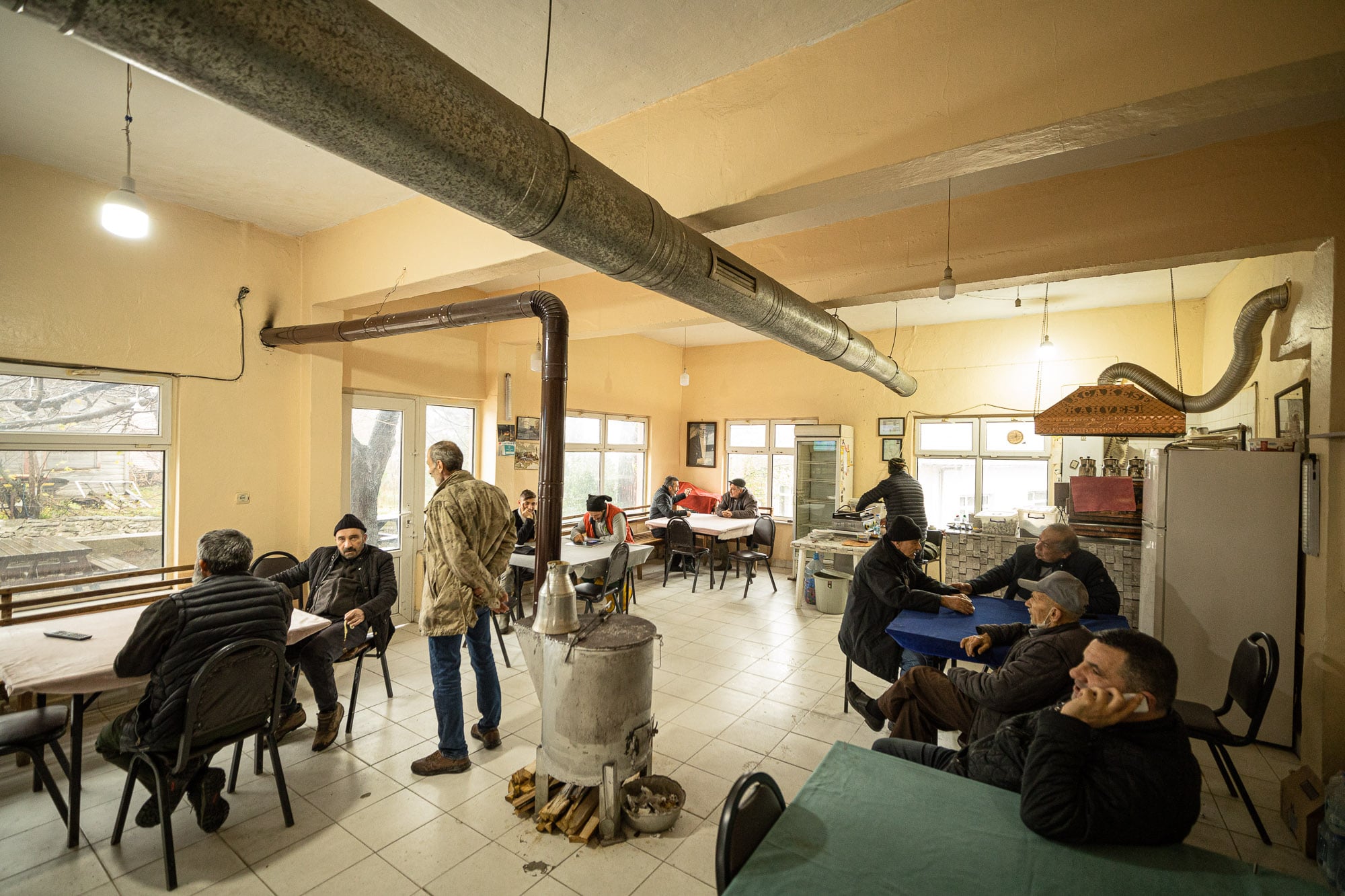 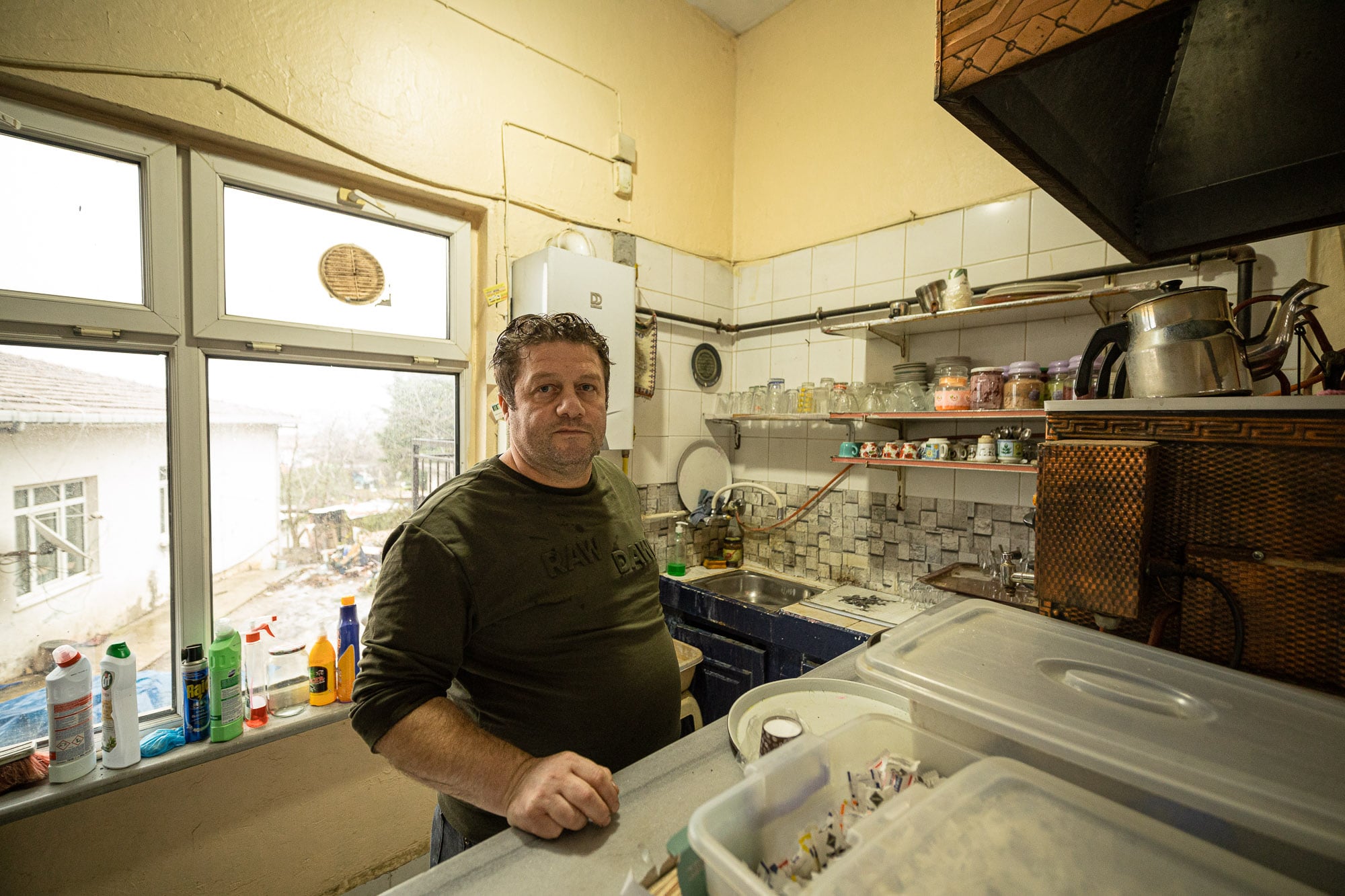 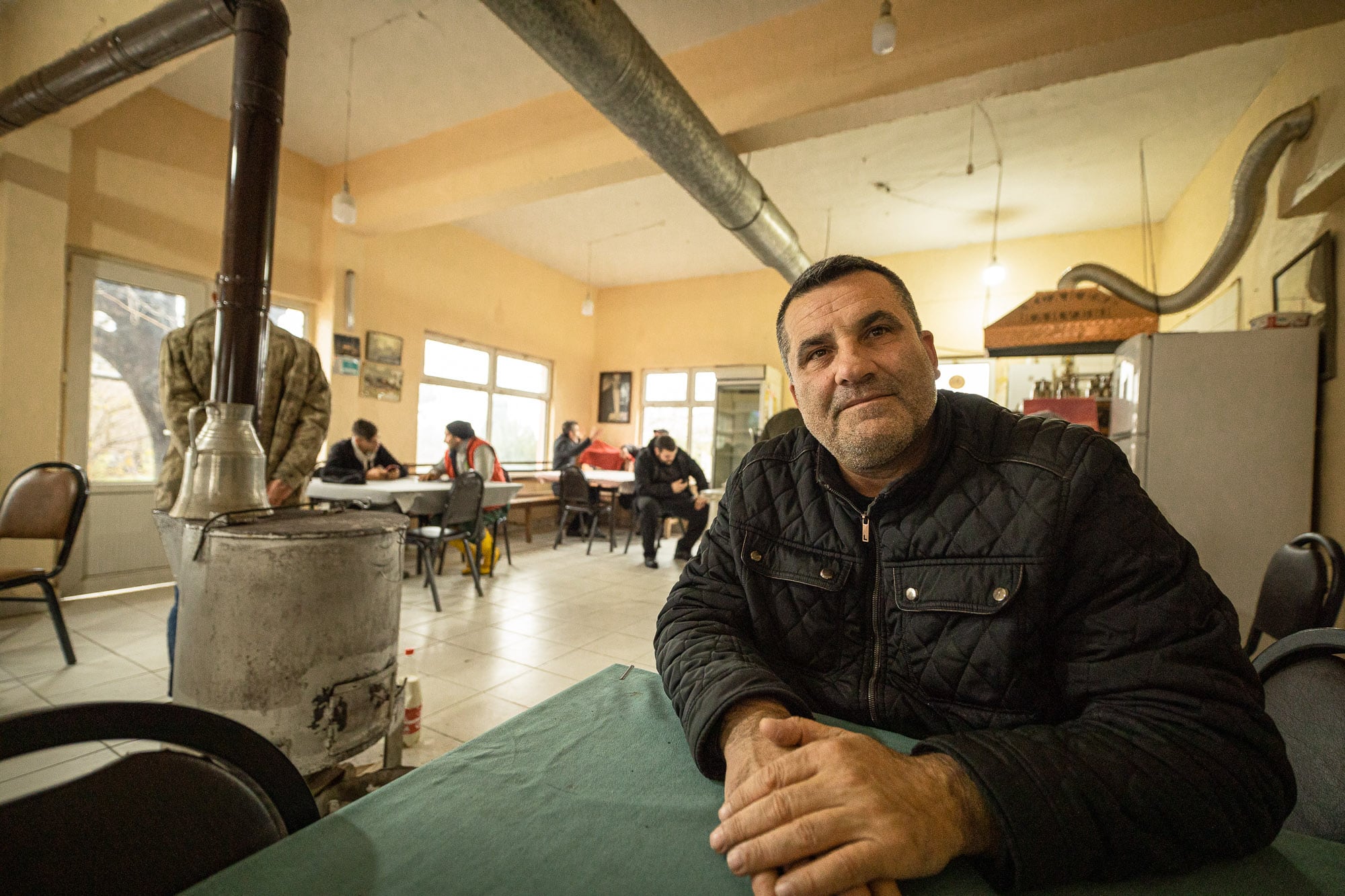 With the Caboose in the shelter of a highway overpass: 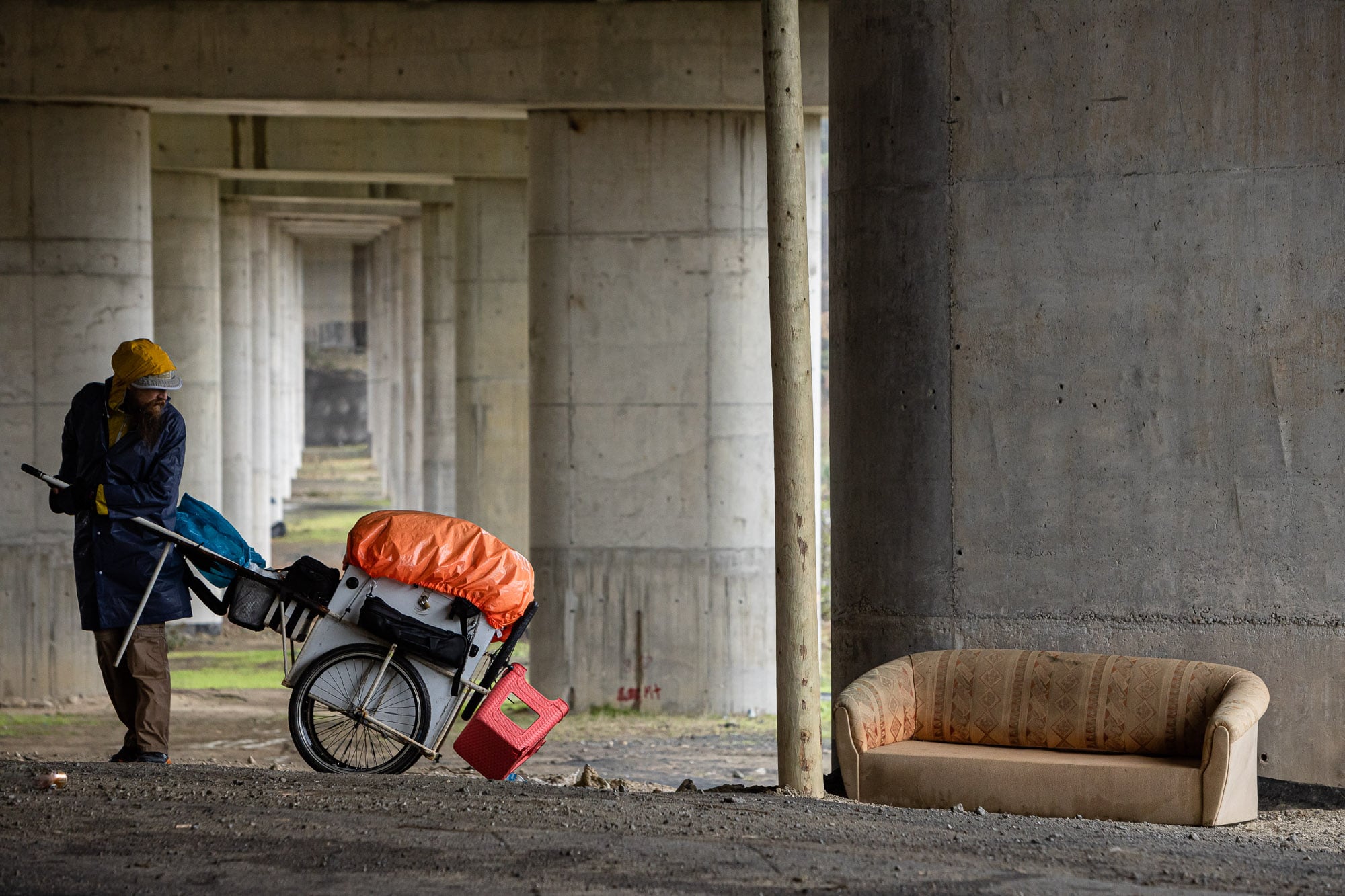 Ipek and her boyfriend: 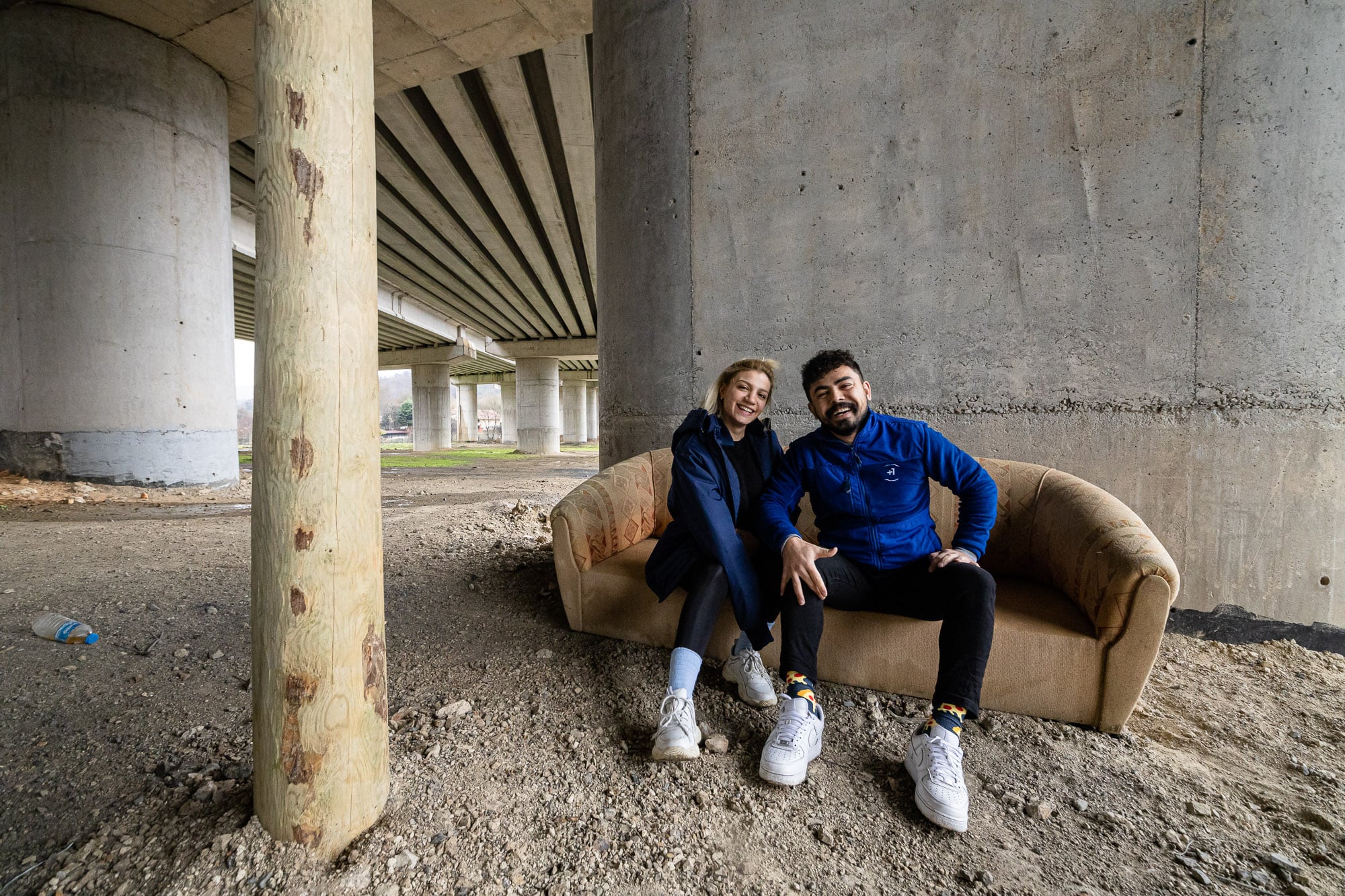 The road to walk from Imrenli to Sile: 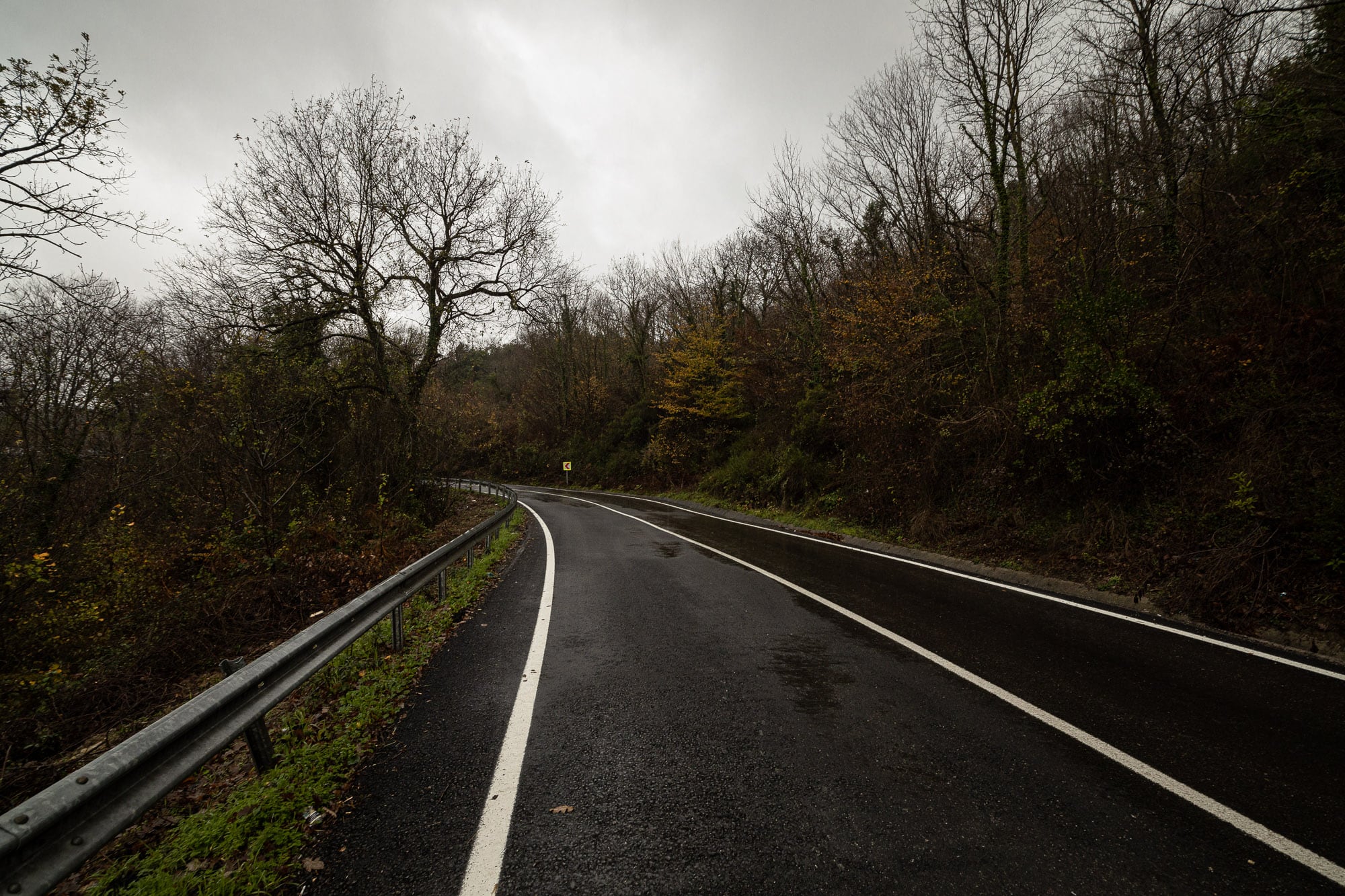 More of the wet road to walk from Imrenli to Sile 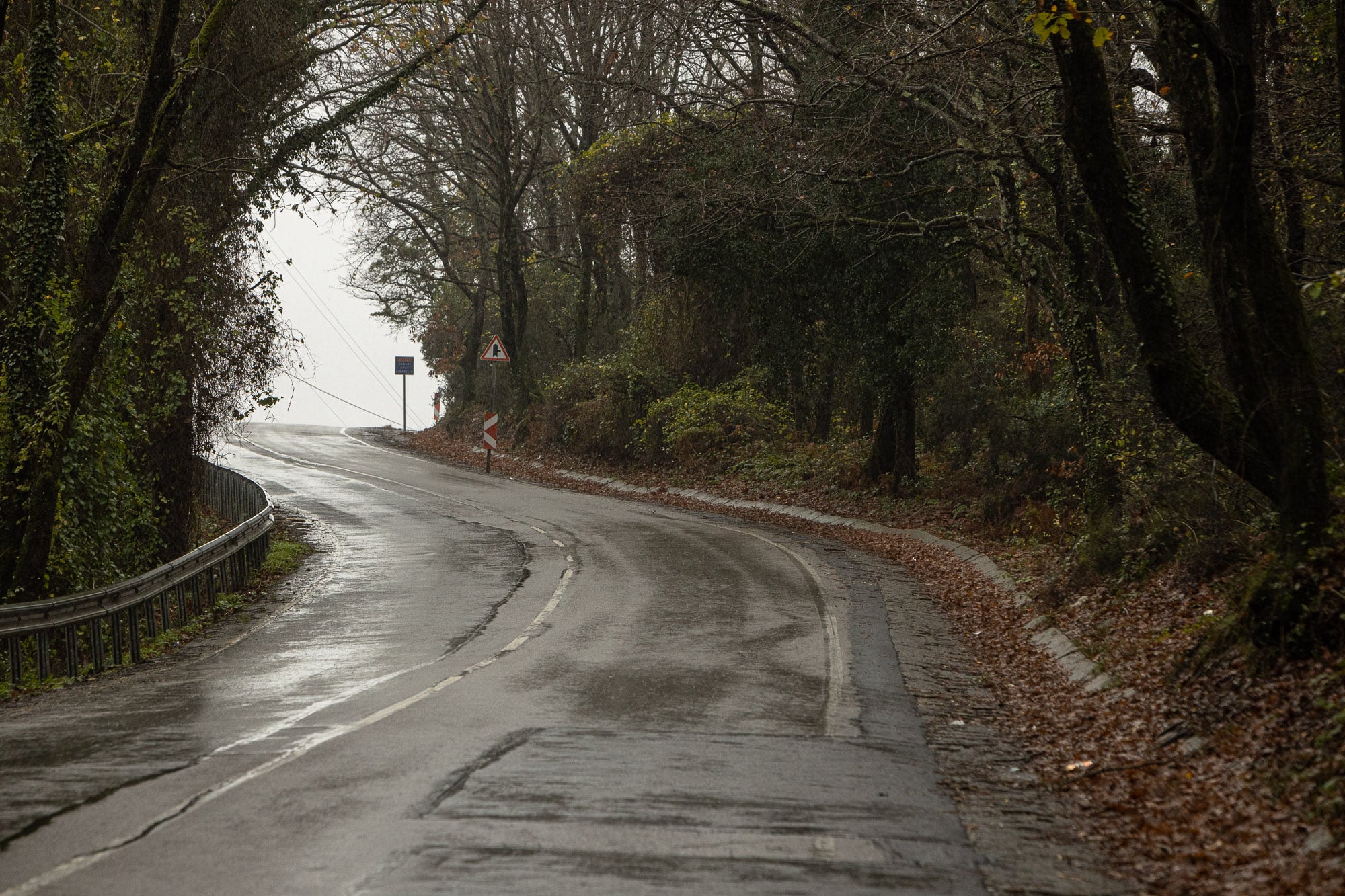 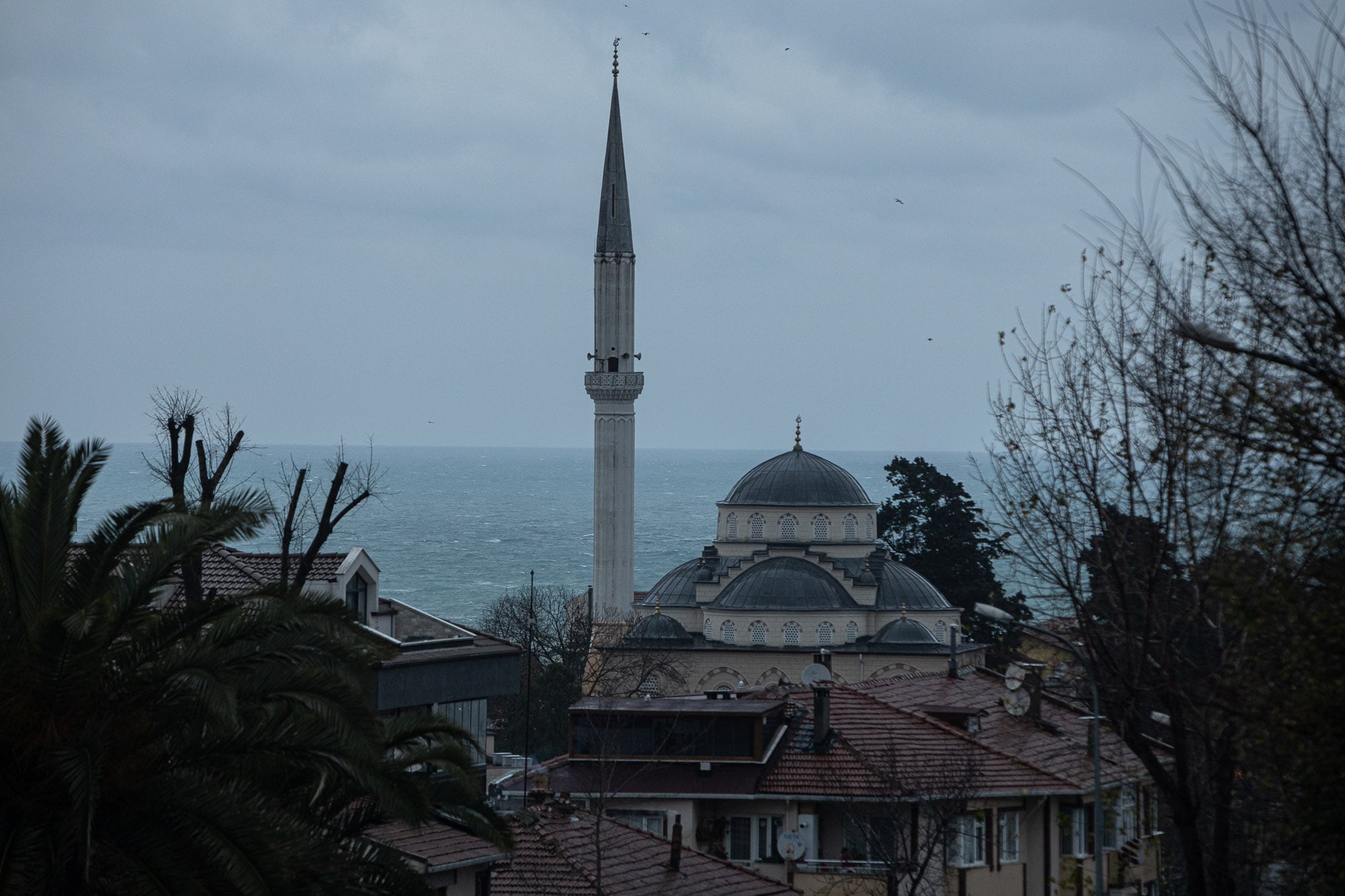 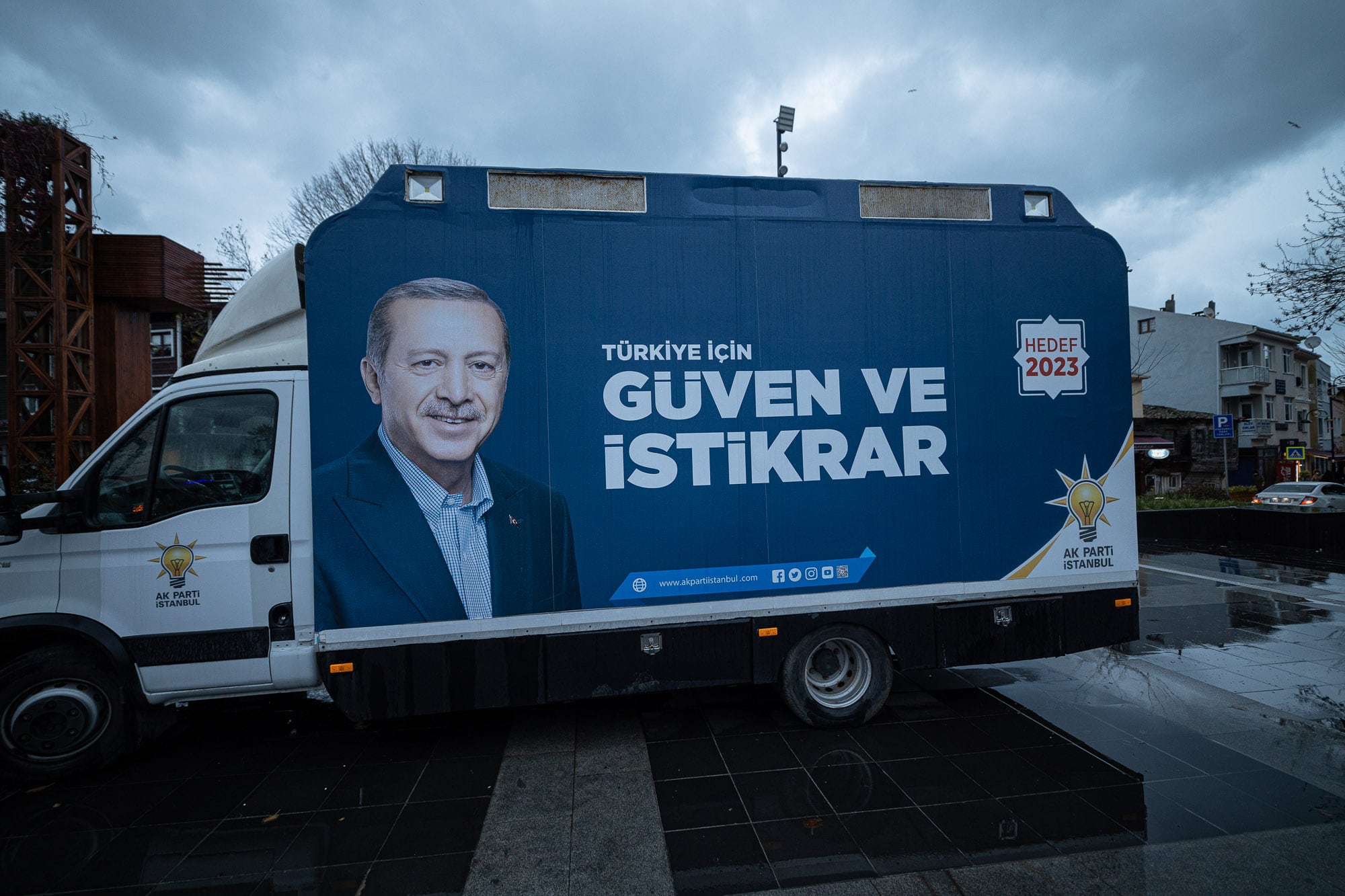 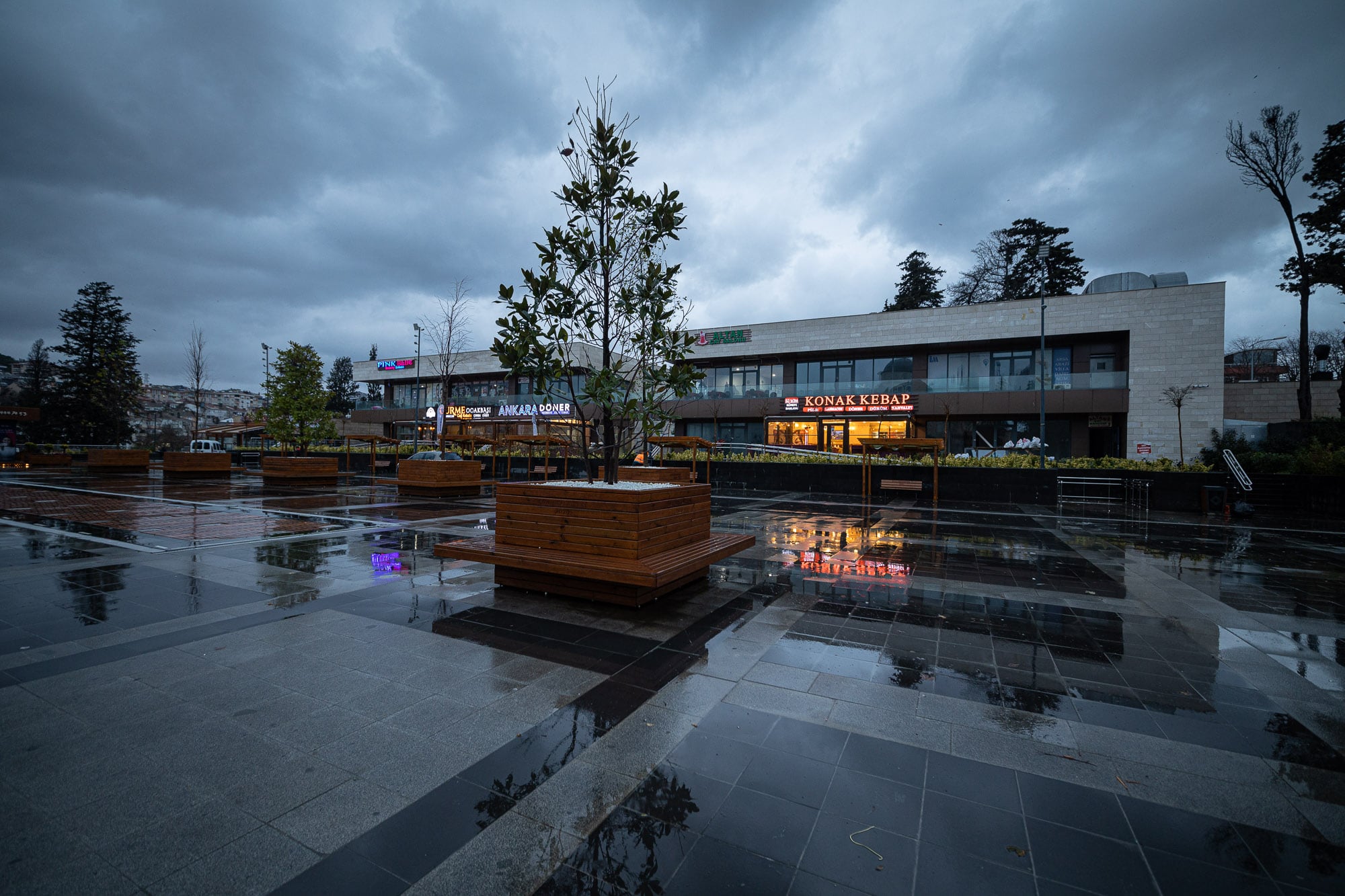 Day 495
from Imrenli to Sile

Activity: walking
Soundtrack: Katrina And The Waves - "Walking On Sunshine"