This post is about a 30km walk from the Martyrs’ Forest to Eregli. I run into three cyclists, and the road makes me very tired.

Tuncar returned to work at his restaurant just as I was packing the tent. “Finish up and come inside,” he said, “you need some more soup!” And so I warmed up with soup and bread and tea before I got on my way.

The road went further up for a while. It wasn’t nice. People had been warning me about that “one last big incline” between Zonguldak and Eregli, but I had failed to grasp just how big it actually was.

At one point I ran into three cyclists. Omar, Sercan, and Nasım were from Zonguldak, and they were riding their bikes to Eregli for fun. They did have sick bikes. But what about those tunnels? I asked them. “Ah, they’re awful!” they said.

When I got to the highest point of the road, there was a rest area, and I heard a call from across the road. The three cyclists were waiting for me. We sat with toast and tea, and I laid the tent out to dry.

The cyclists and I communicated mostly with our hands and via a translation app, and I think it went well, though you could never be totally sure. They told me Eregli was nice, and that they were happy that I liked Zonguldak. We spent almost two hours in the sun outside of the café.

Then the road started its long descent. Going down was easier than going up, but it wasn’t easy per se. When I walked past an asphalt factory, I stopped to take some pictures. I was shycat first, because with industrial sites you never knew – they could be welcoming towards tourists or they could be hostile towards spies.

This one was welcoming. I hung out there for a while, then I continued on my way. When I walked past a sign that said ISTANBUL I partied for what felt like 20 minutes. ISTANBUL! The name felt like magic.

It occurred to me only later that I had already seen a road sign with the name ISTANBUL on it before, more than a thousand kilometers and two years earlier, when I was on my way out of Rize. 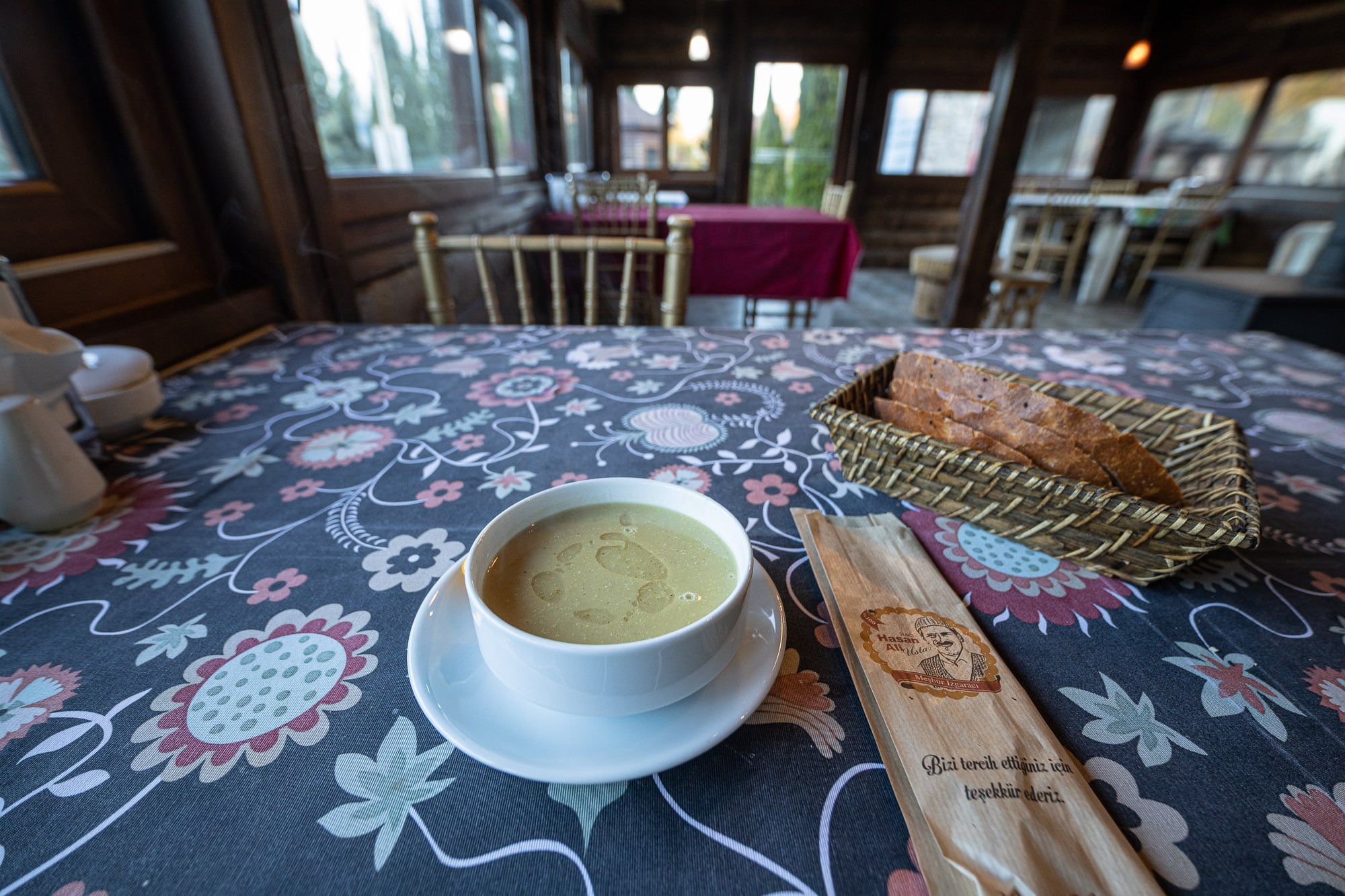 The hills between the Martyrs’ Forest and Eregli: 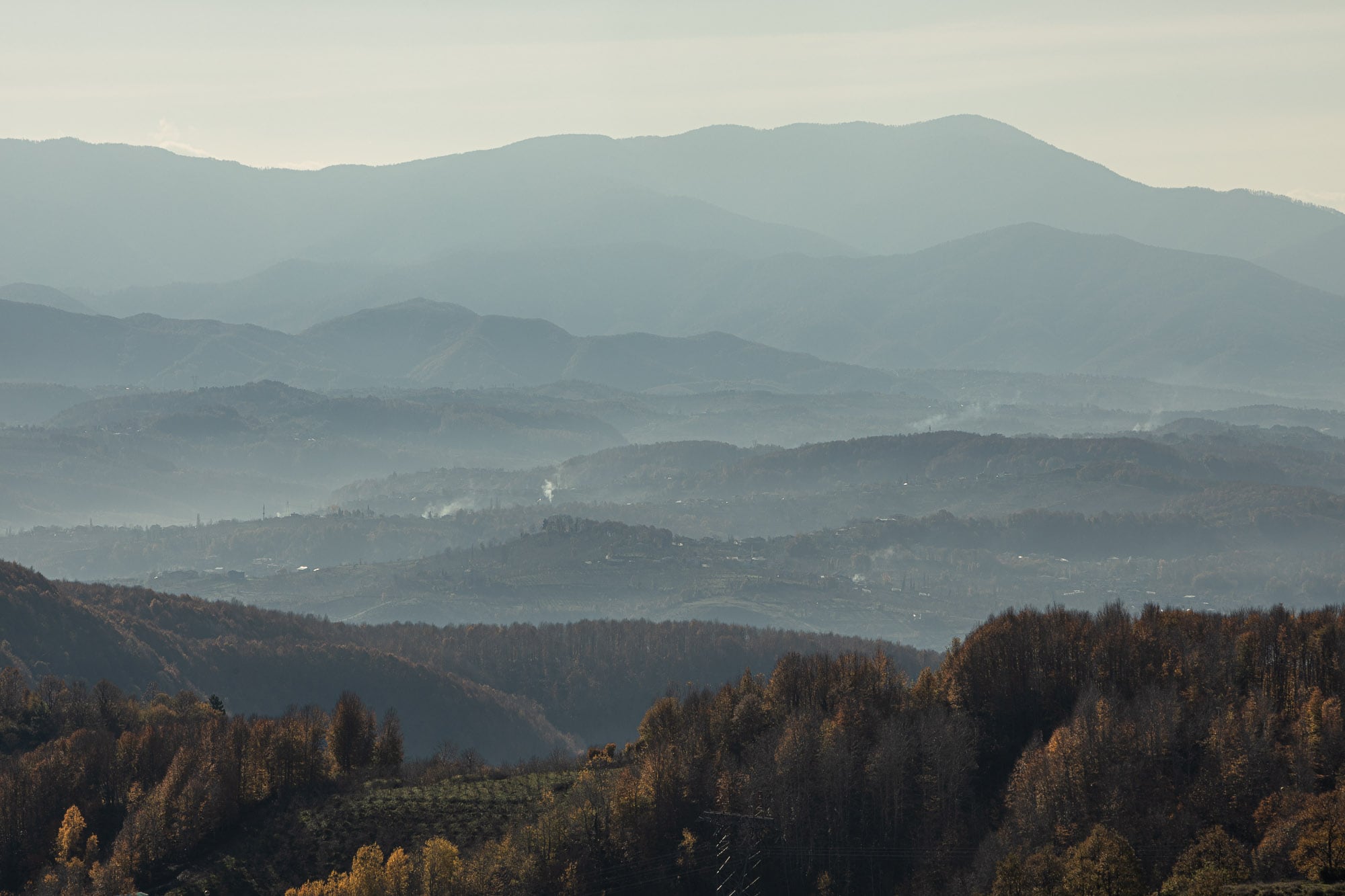 “STAND TALL, DON’T BEND, THIS NATION IS WITH YOU” is something I don’t see very often anymore: 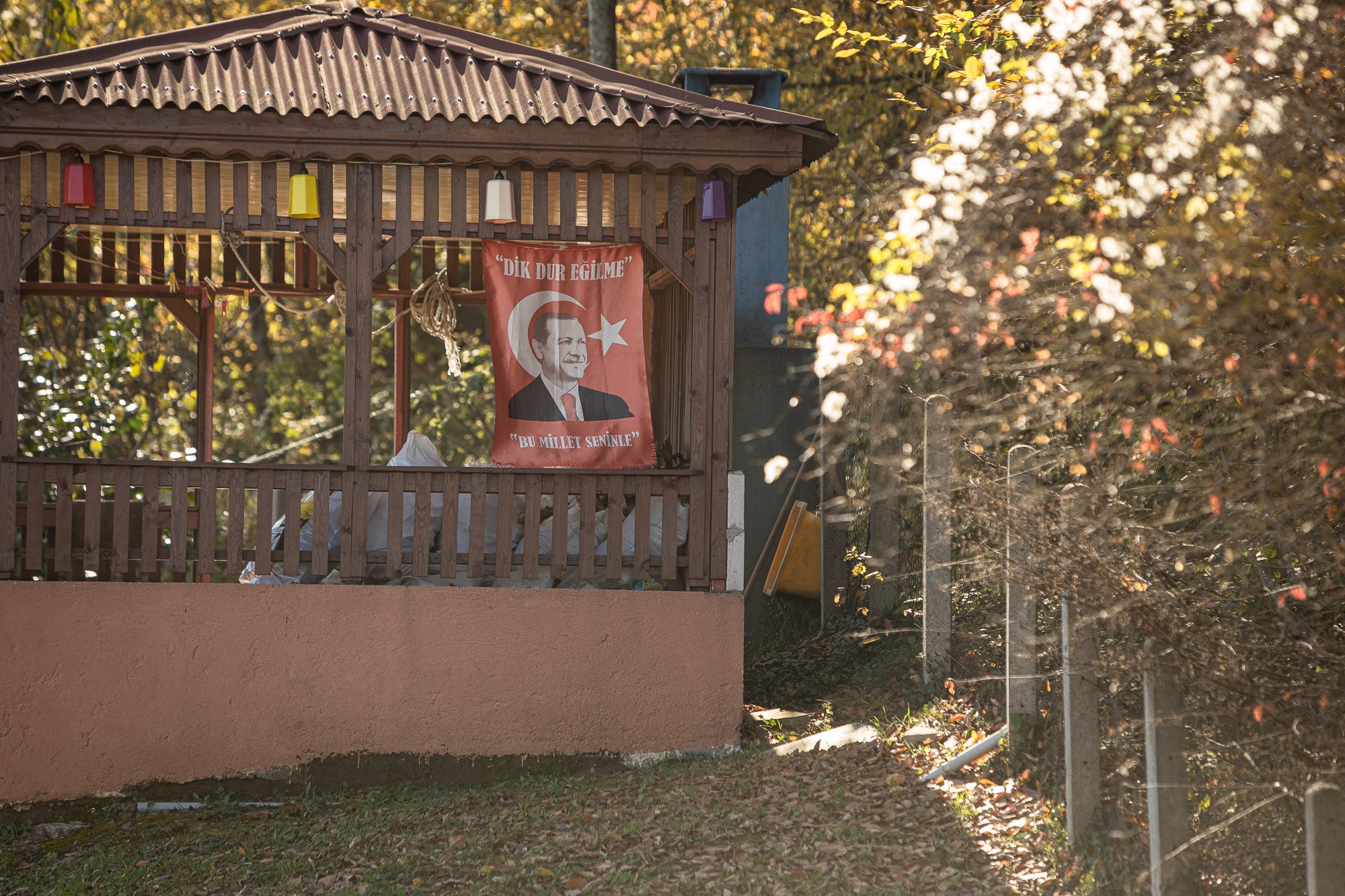 The road to walk from the Martyrs’ Forest to Eregli: 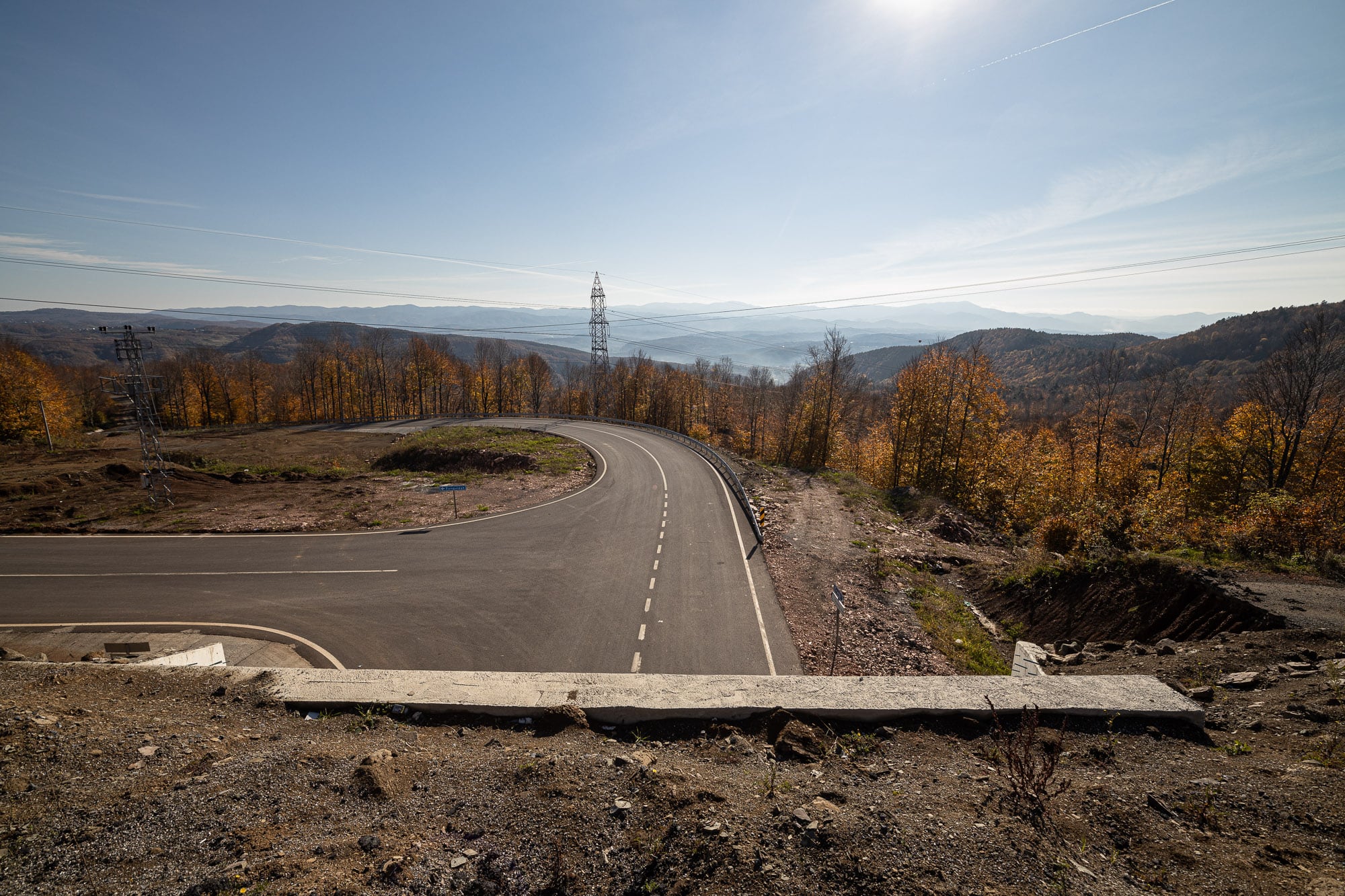 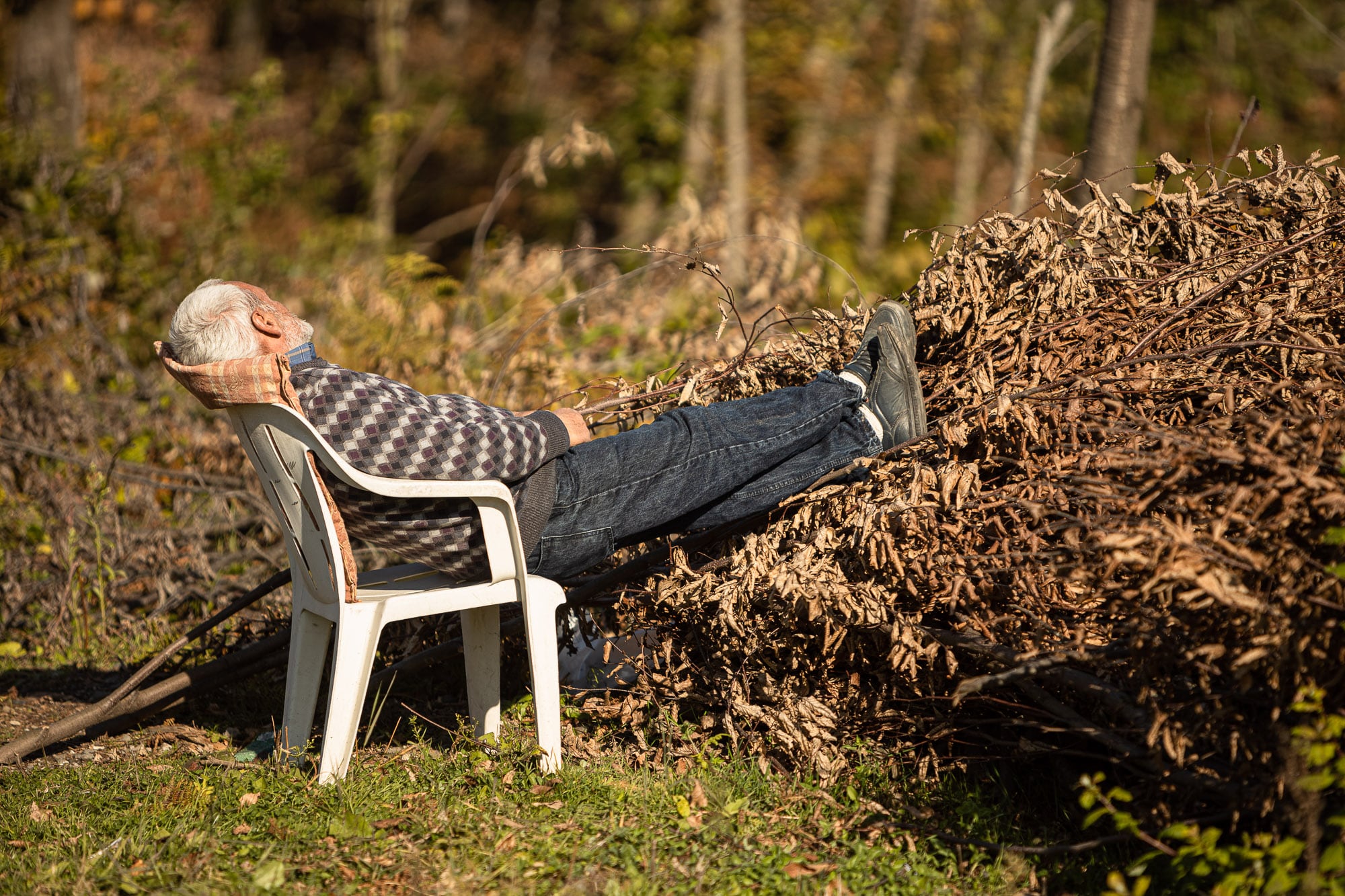 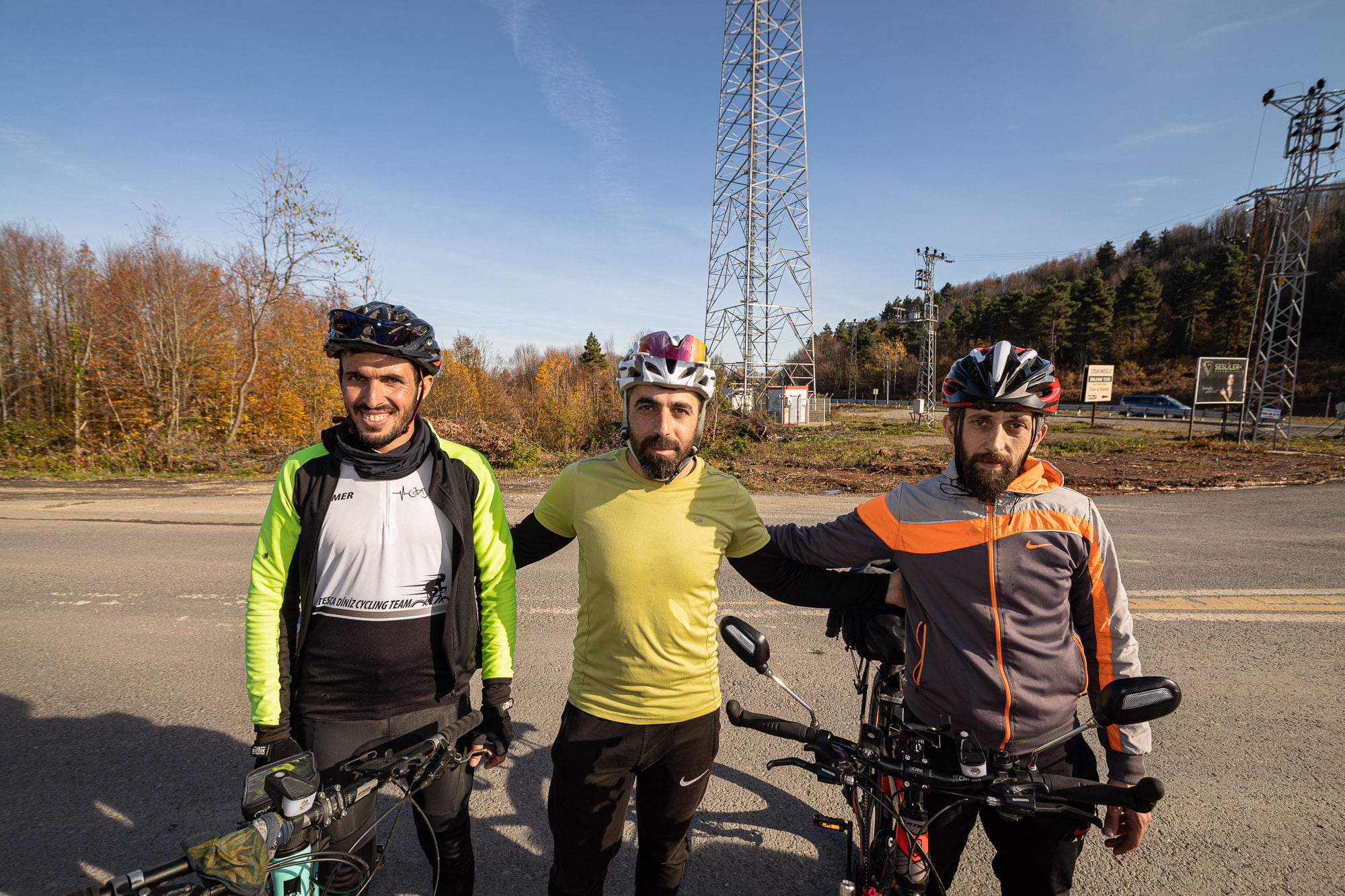 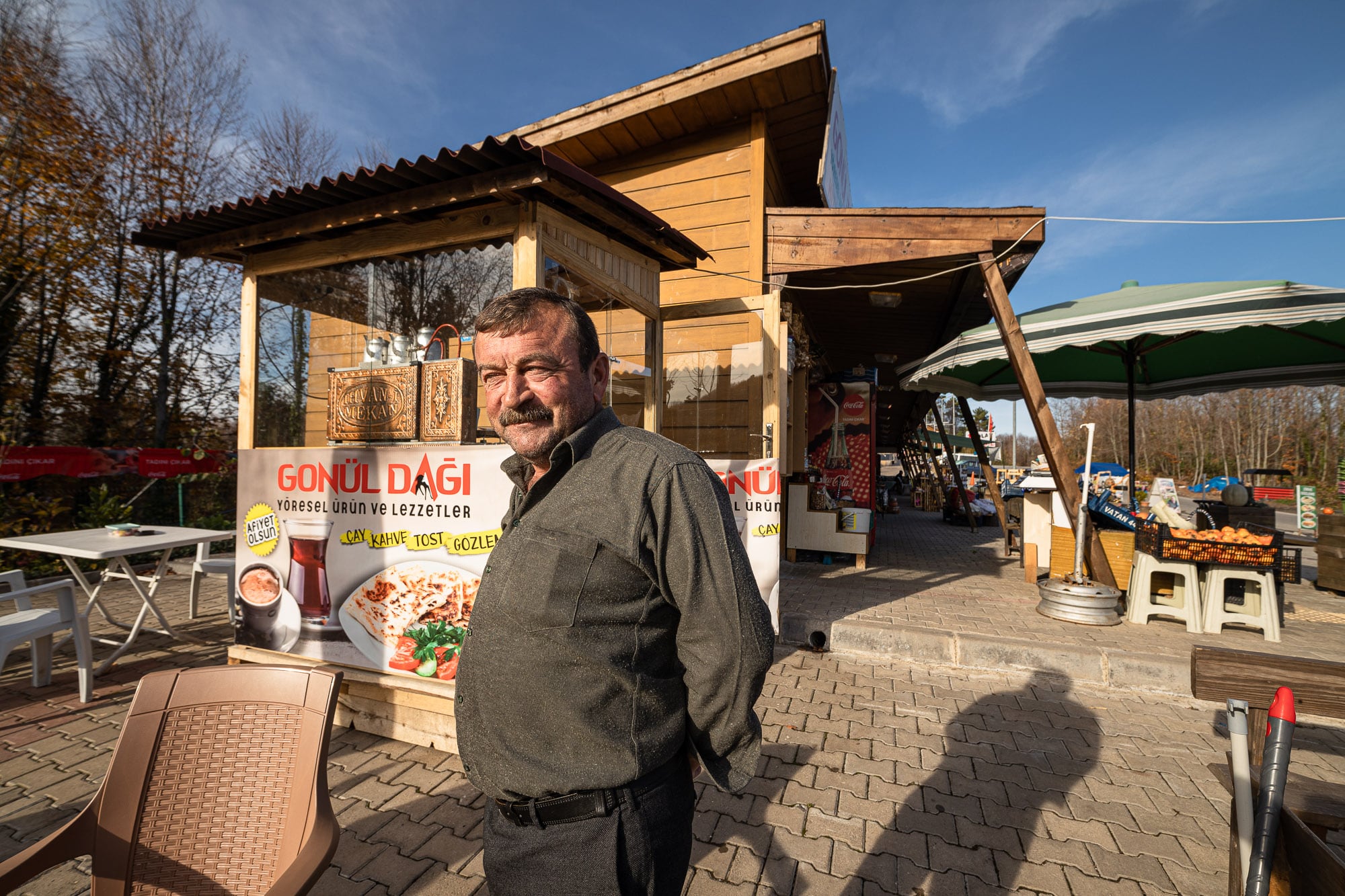 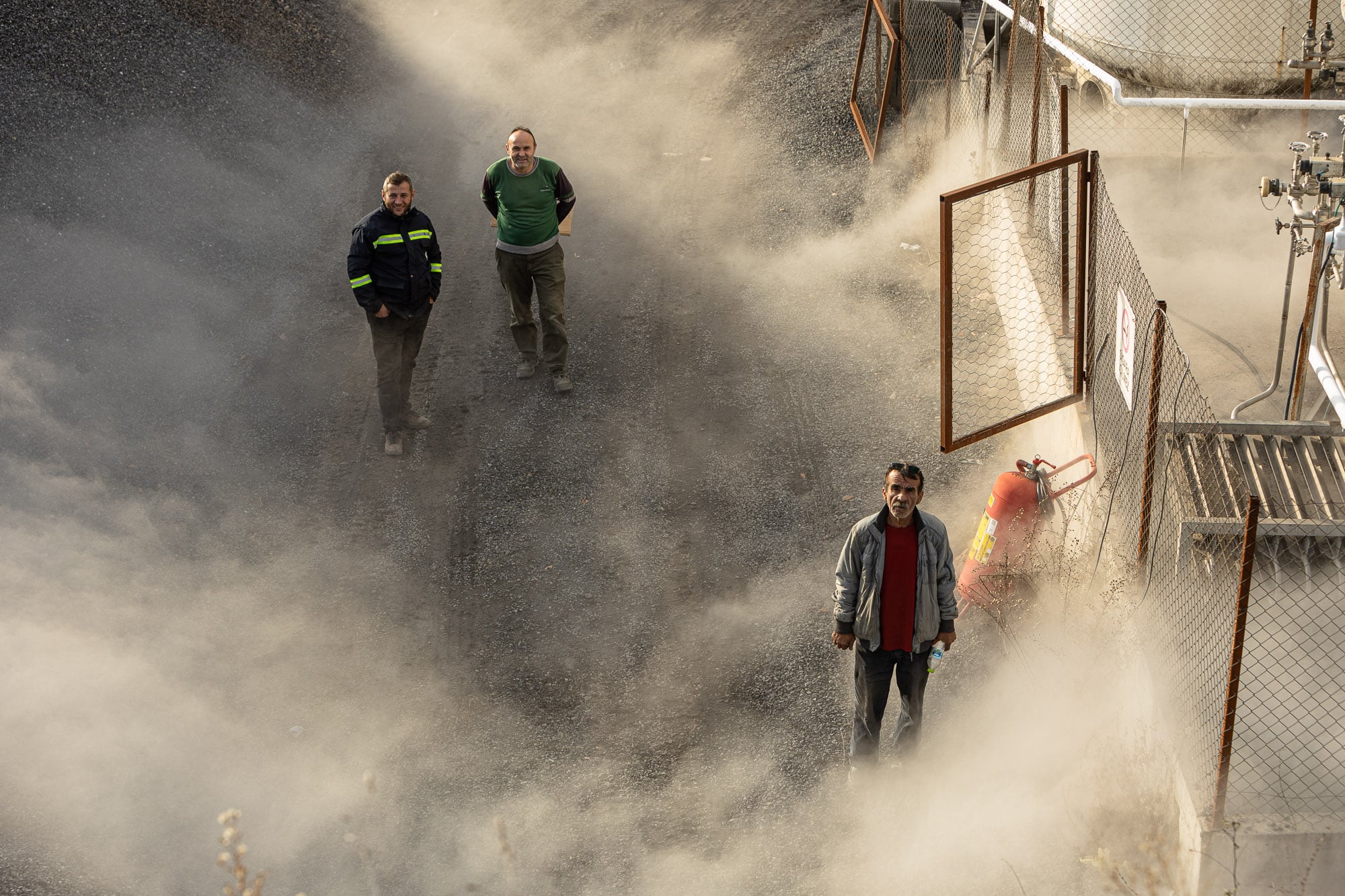 Bread from a truck driver: 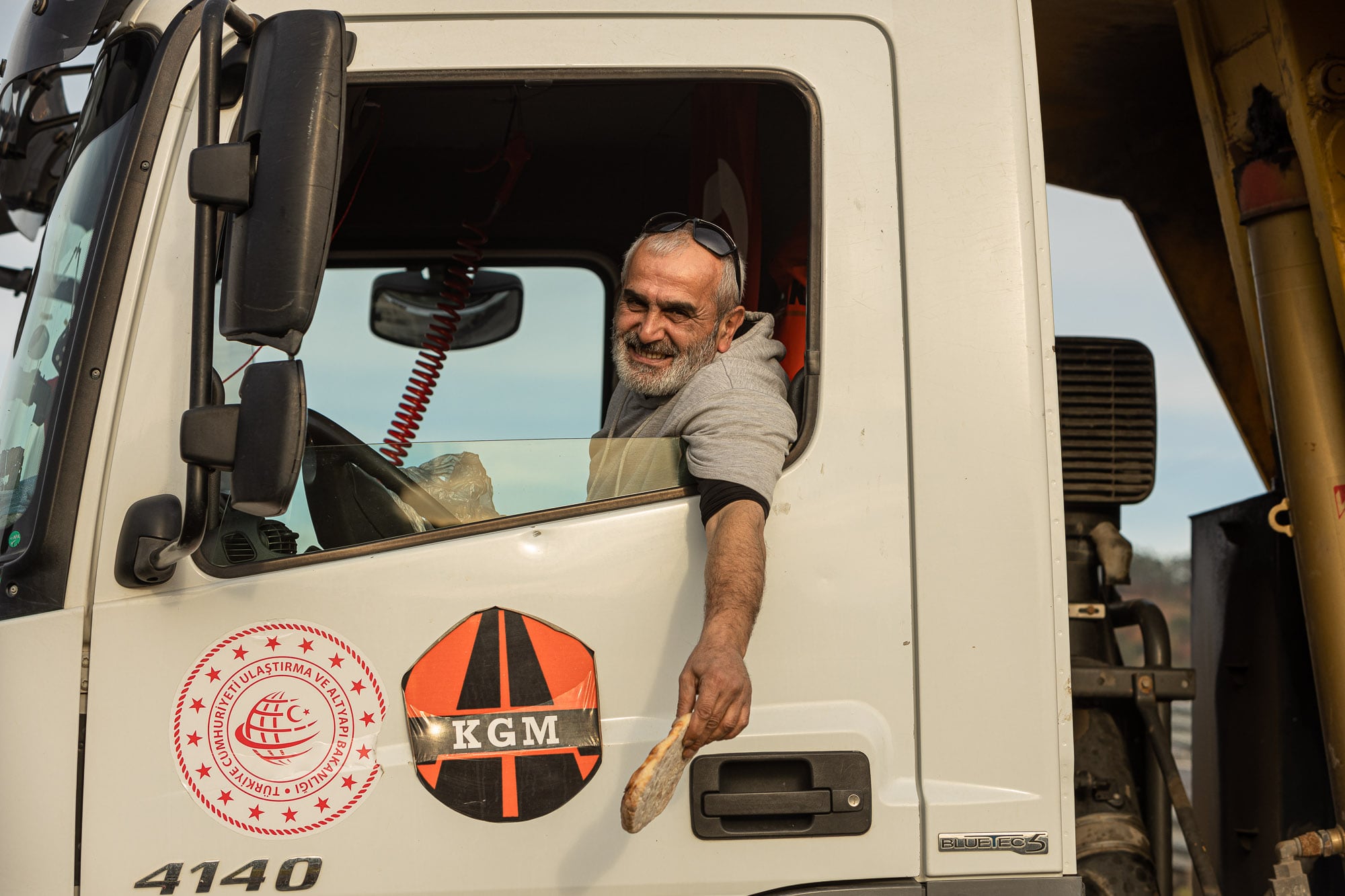 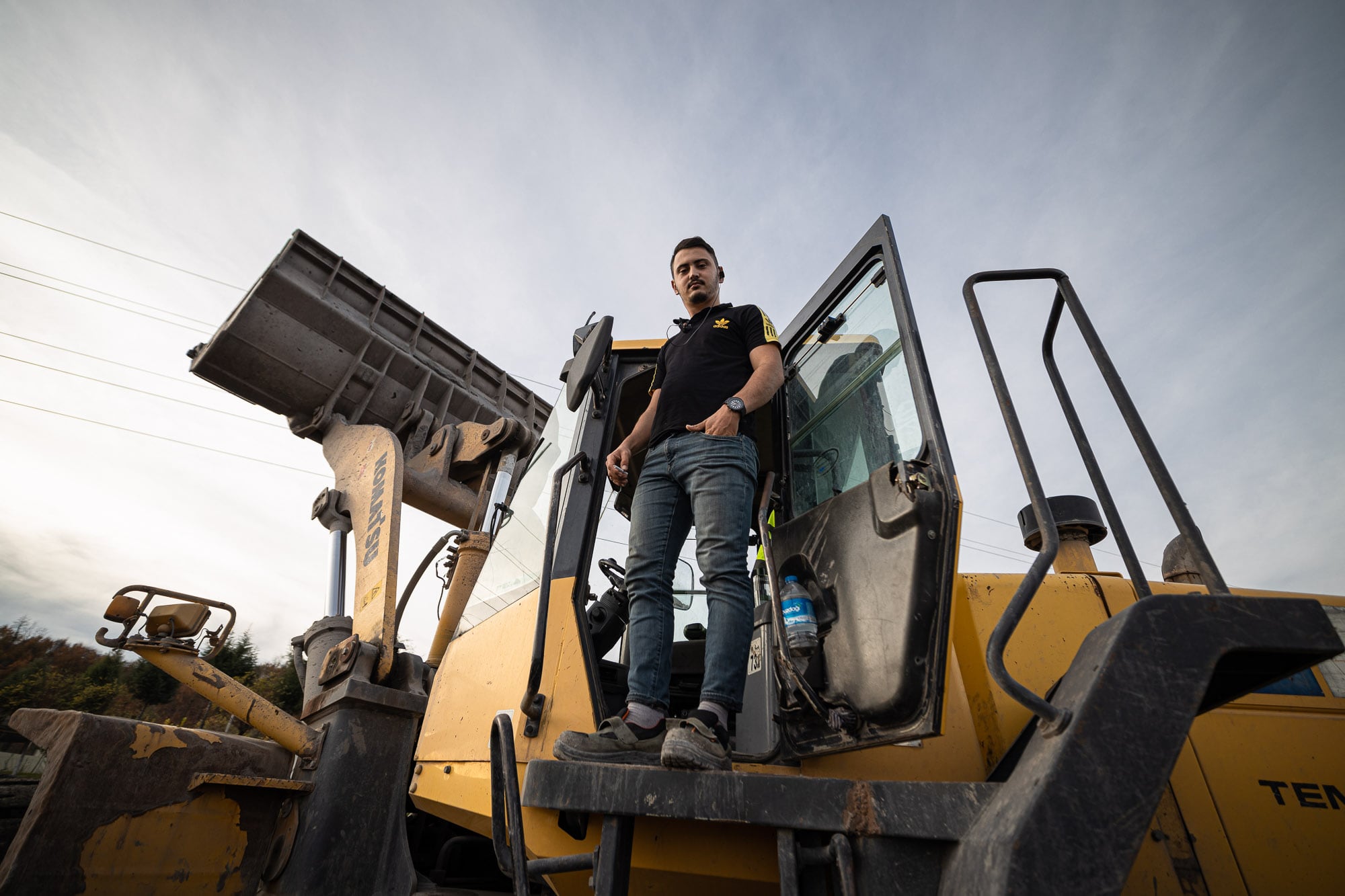 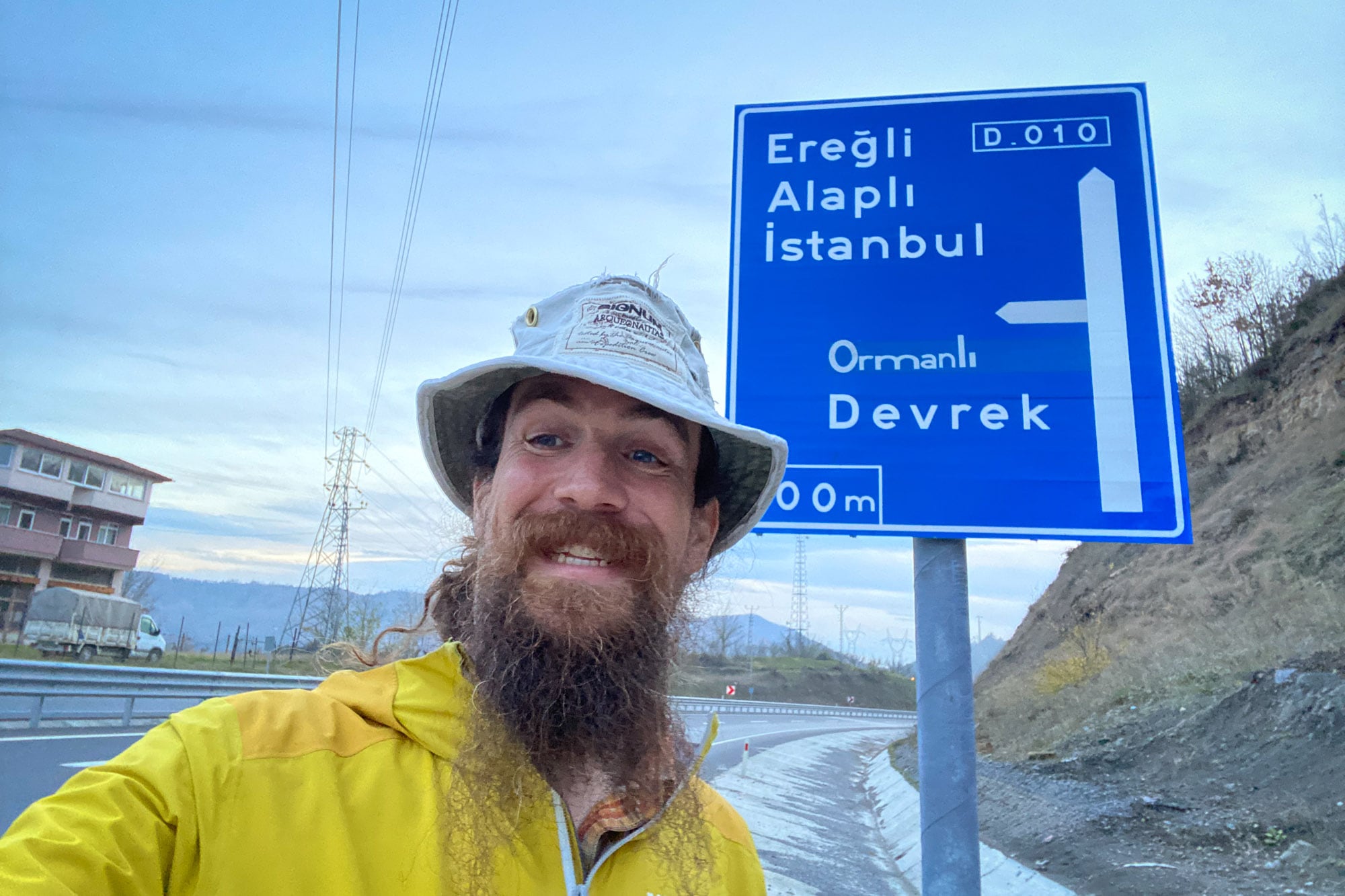 Rain and bad sidewalks in Eregli: 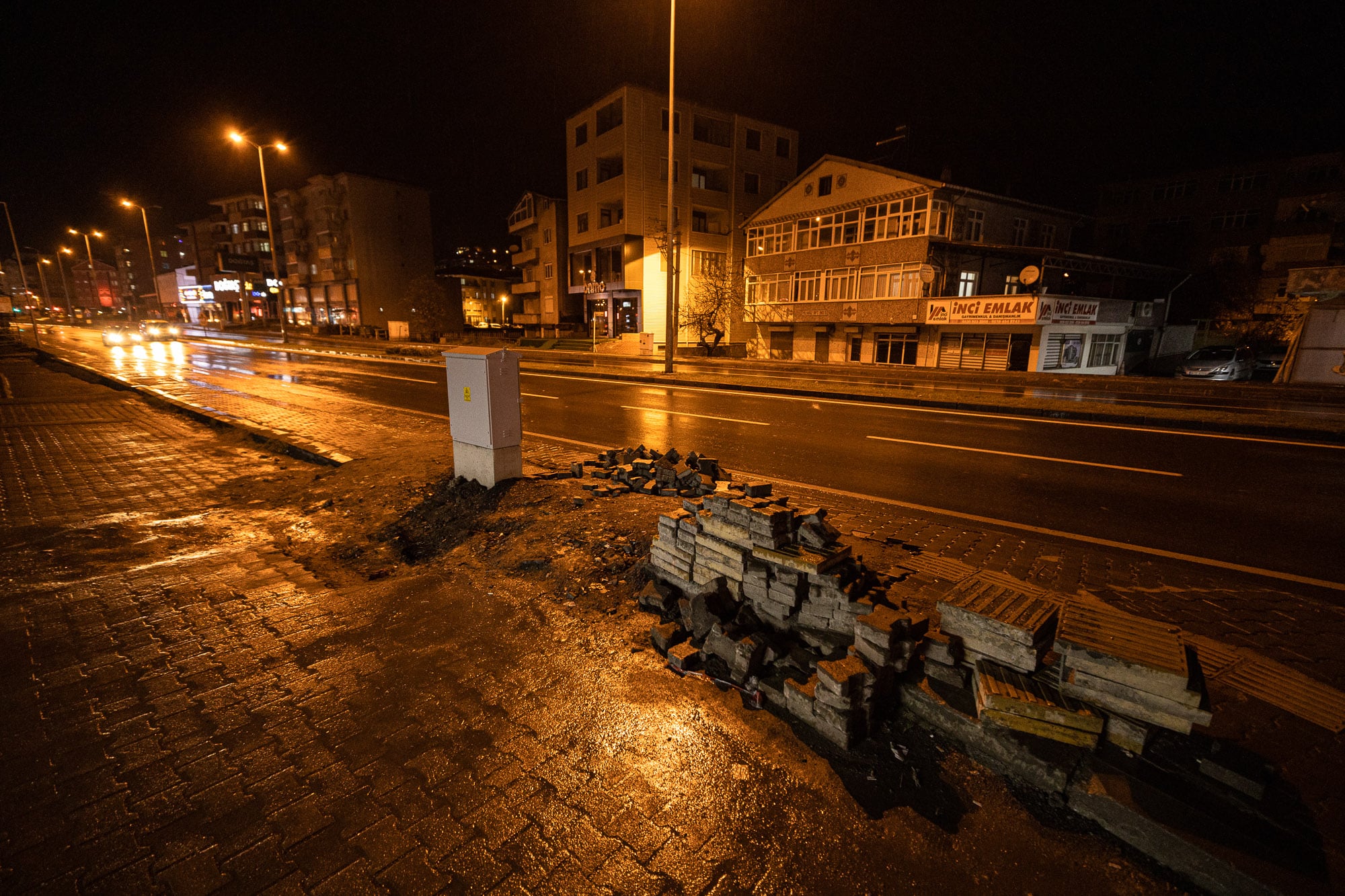 Day 1559
from Martyrs' Forest to Eregli