This post is about a walk from Cakraz to Amasra. I’m a bit worried about my back at first, but it turns out to be fine.

I was worried before I started walking in the morning. Half of the way from Cakraz to Amasra seemed to be one long uphill. And it was steep. How would that feel for my back?

But I needed to get to Amasra to order my medicine. And I didn’t want to stay any longer in the hotel room without heat. And so I said goodbye to the deserted little town of Cakraz and stepped onto the asphalt.

The uphill was brutal. And it was made even worse by the fact that it was a highway. The thing about roads is this: the wider they are, the less sense of speed you have. Try walking on a narrow country road and on a three-lane highway. You will feel much faster on the narrow road.

But at least it didn’t seem to be bad for my back. I actually felt a sense of relief. I slowly pushed on until I was at the highest point, then I took off my jacket (wet with sweat) and my shirt (also wet) and hung them up to dry.

I was sitting up there in the sun, clad in my fleece, drinking my tea, when two walking shrubberies appeared. They were two ladies from a nearby village who had been collecting plants in the woods.

“Food?” I asked them, pointing at their payloads, but they said no.

Then they debated internally and said: “Yes, food. Fish!”

So I think these were herbs used in seafood dishes. Or fish food. But probably they were herbs.

The rest of the way was easy. There was one more uphill, but it was much shorter than the one before. And then, when I reached a place from where I could see the town of Amasra, there was a tea garden. I sat down, got a glass of tea, and looked at a few cats playing.

There was a tunnel on the way down to Amasra, said the owner. And just as I was about to throw up my arms in exasperation, he smiled and said that there was also a way around that tunnel.

Looking back at the hills of Cakraz: 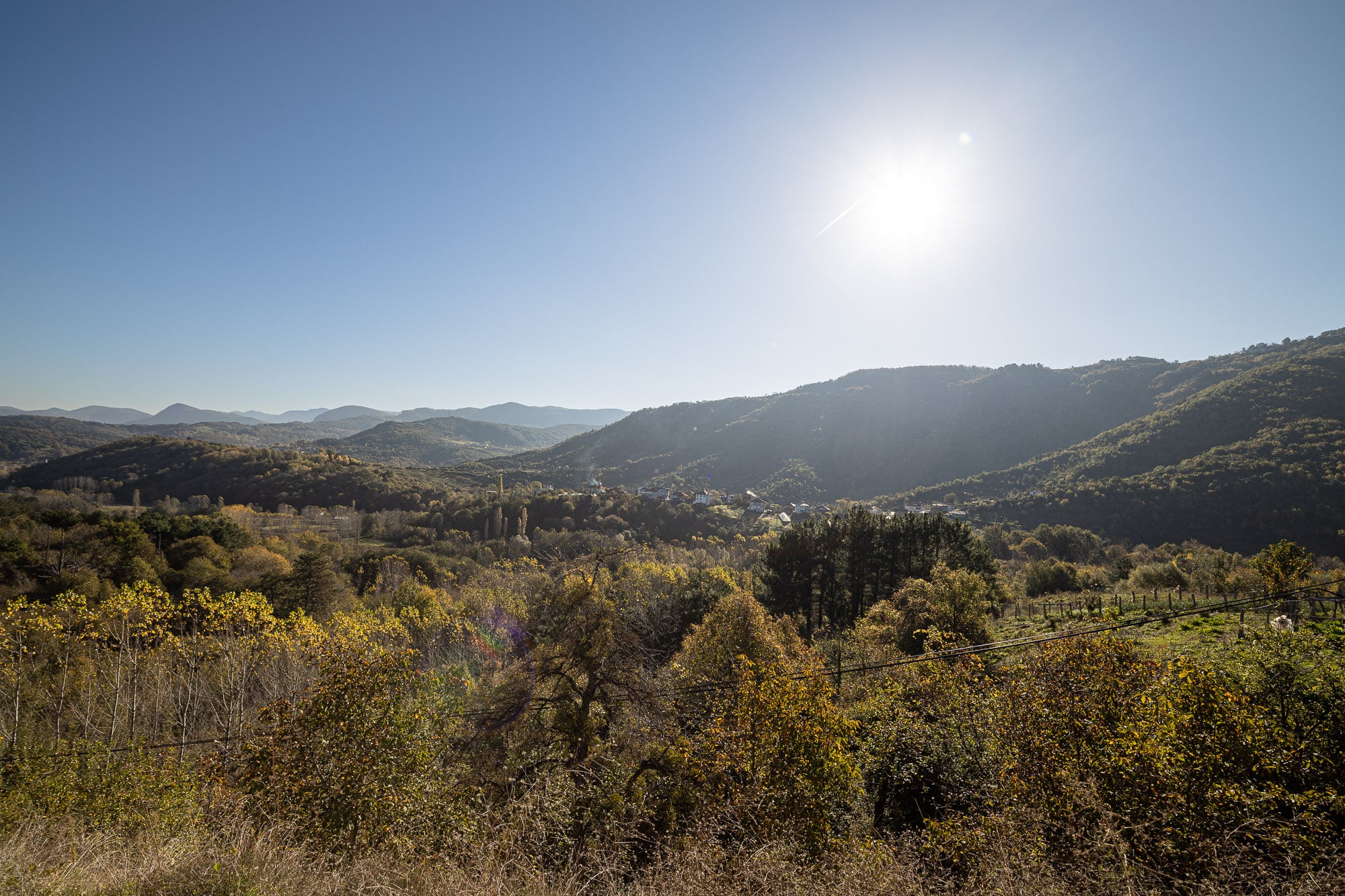 The highway to walk from Cakraz to Amasra: 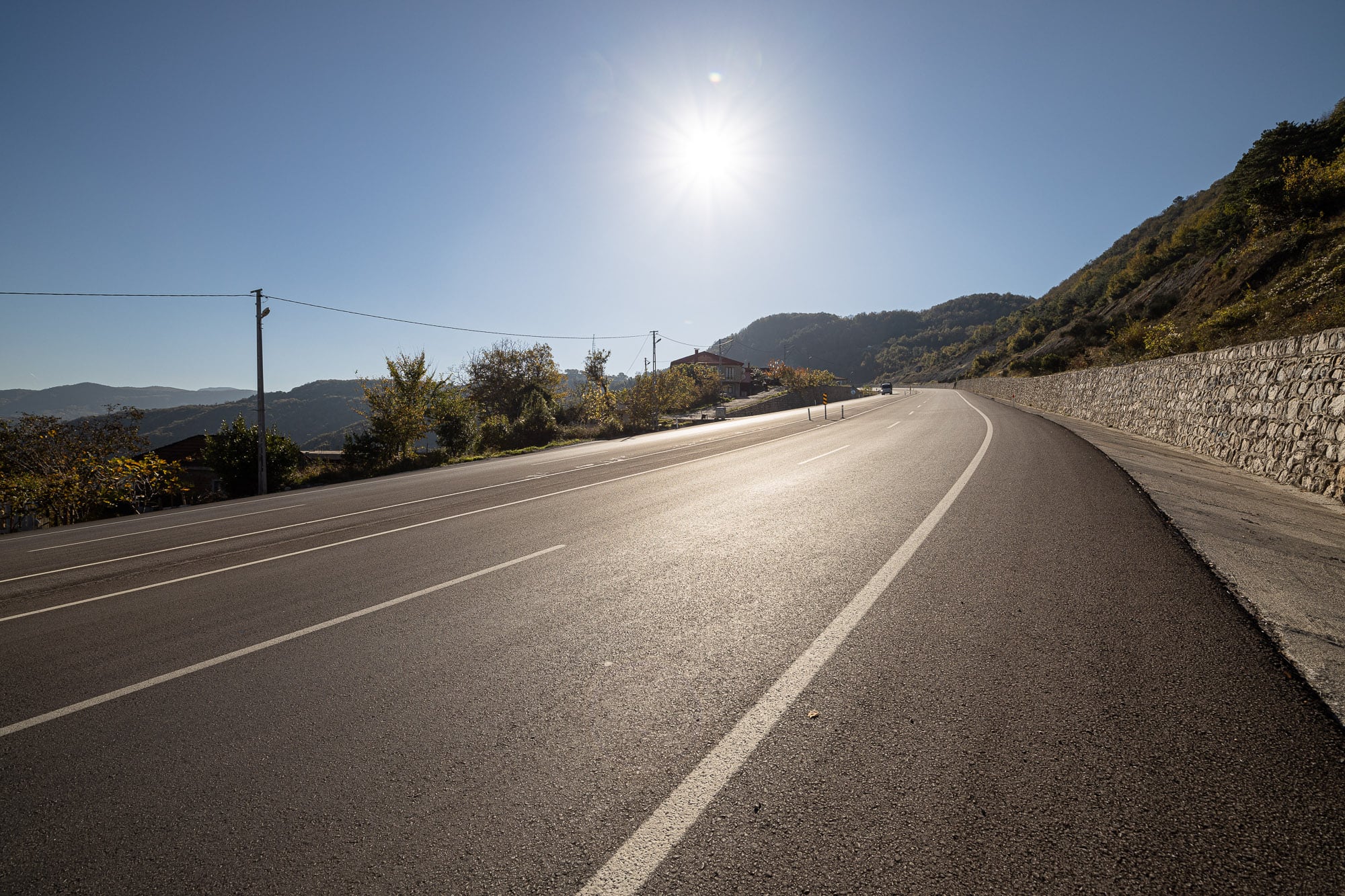 These guys passed me on a few occasions and were happy every time: 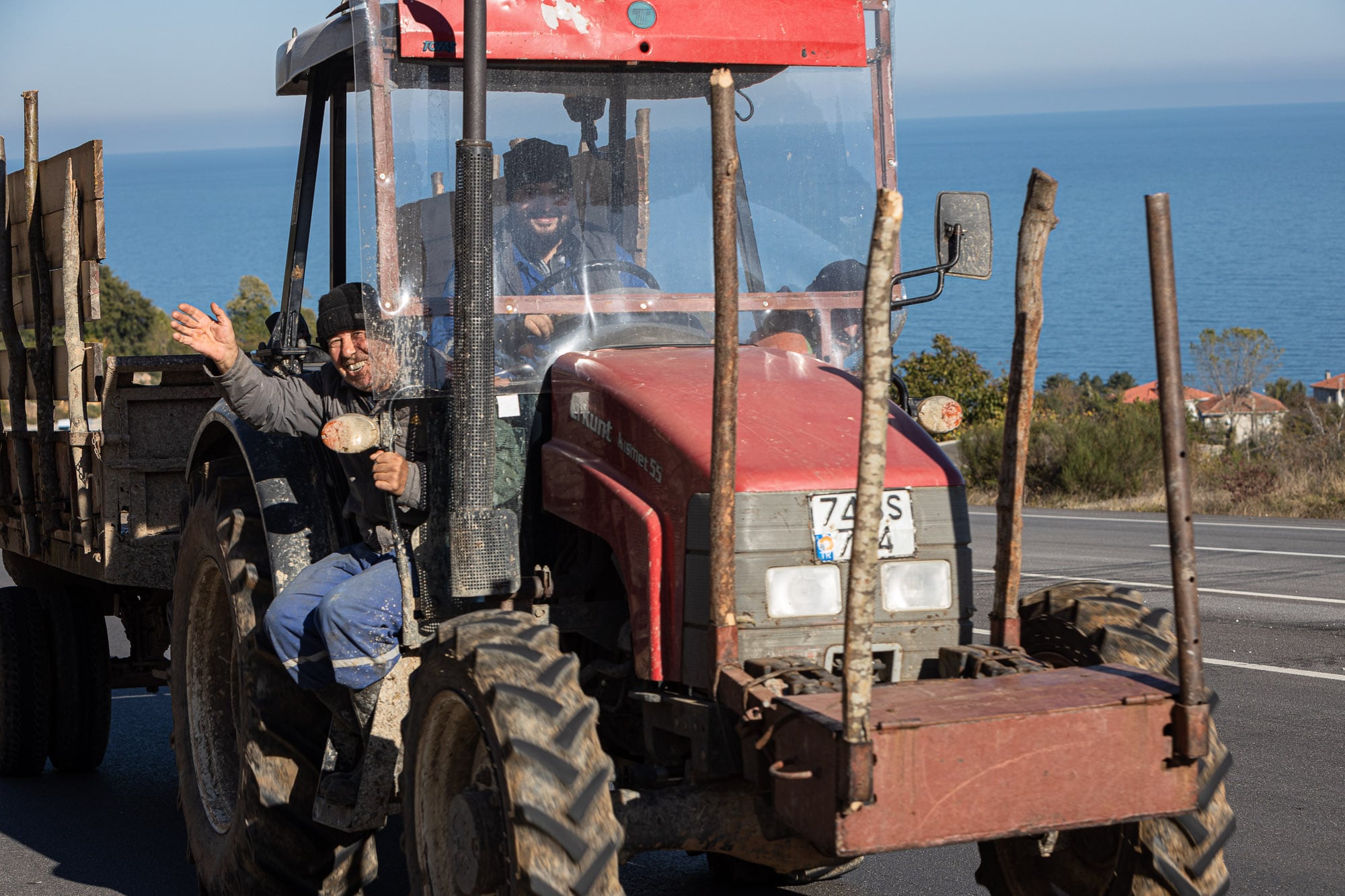 Woman collecting herbs in the forest: 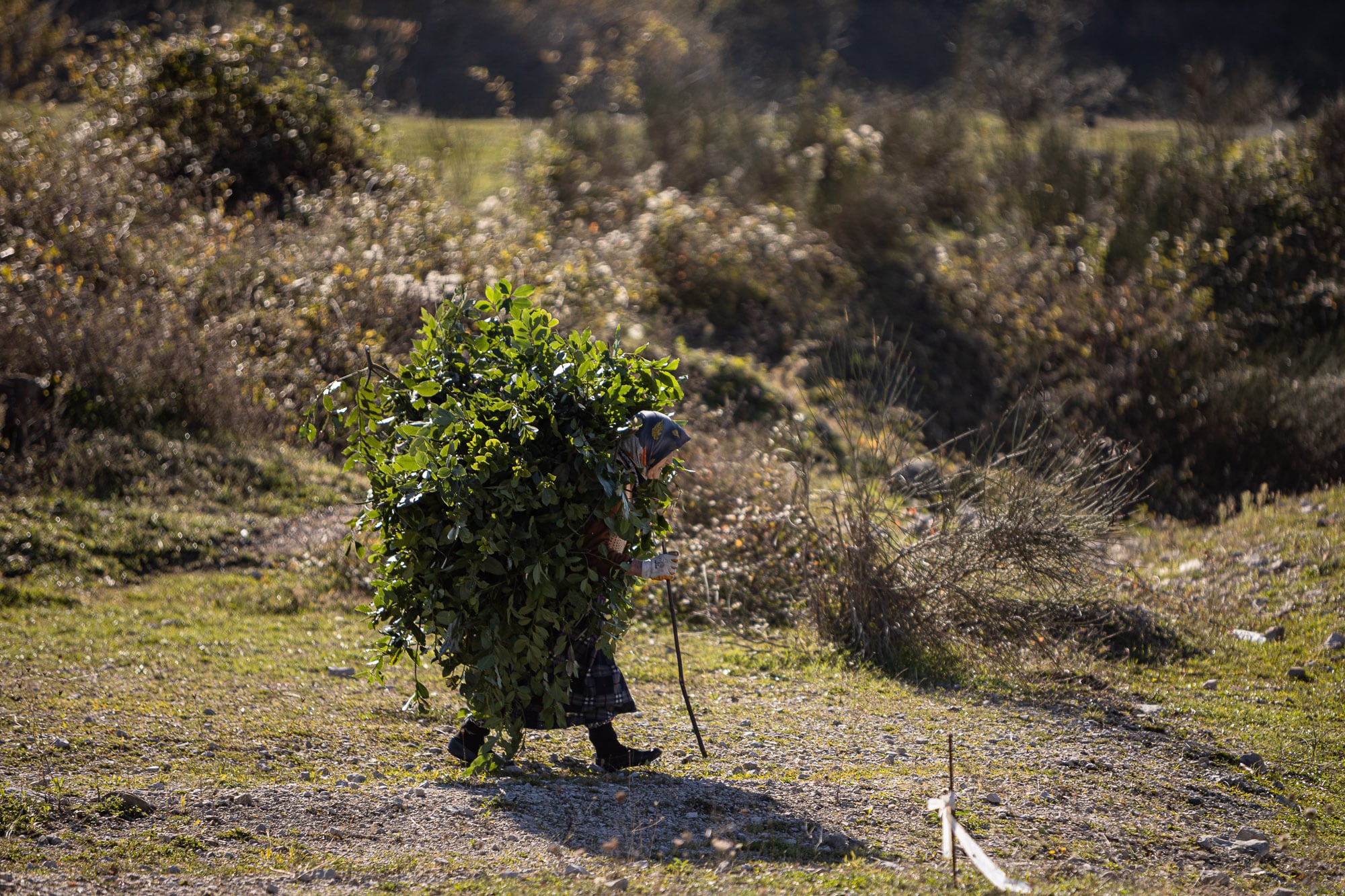 Herbs that had something to do with fish: 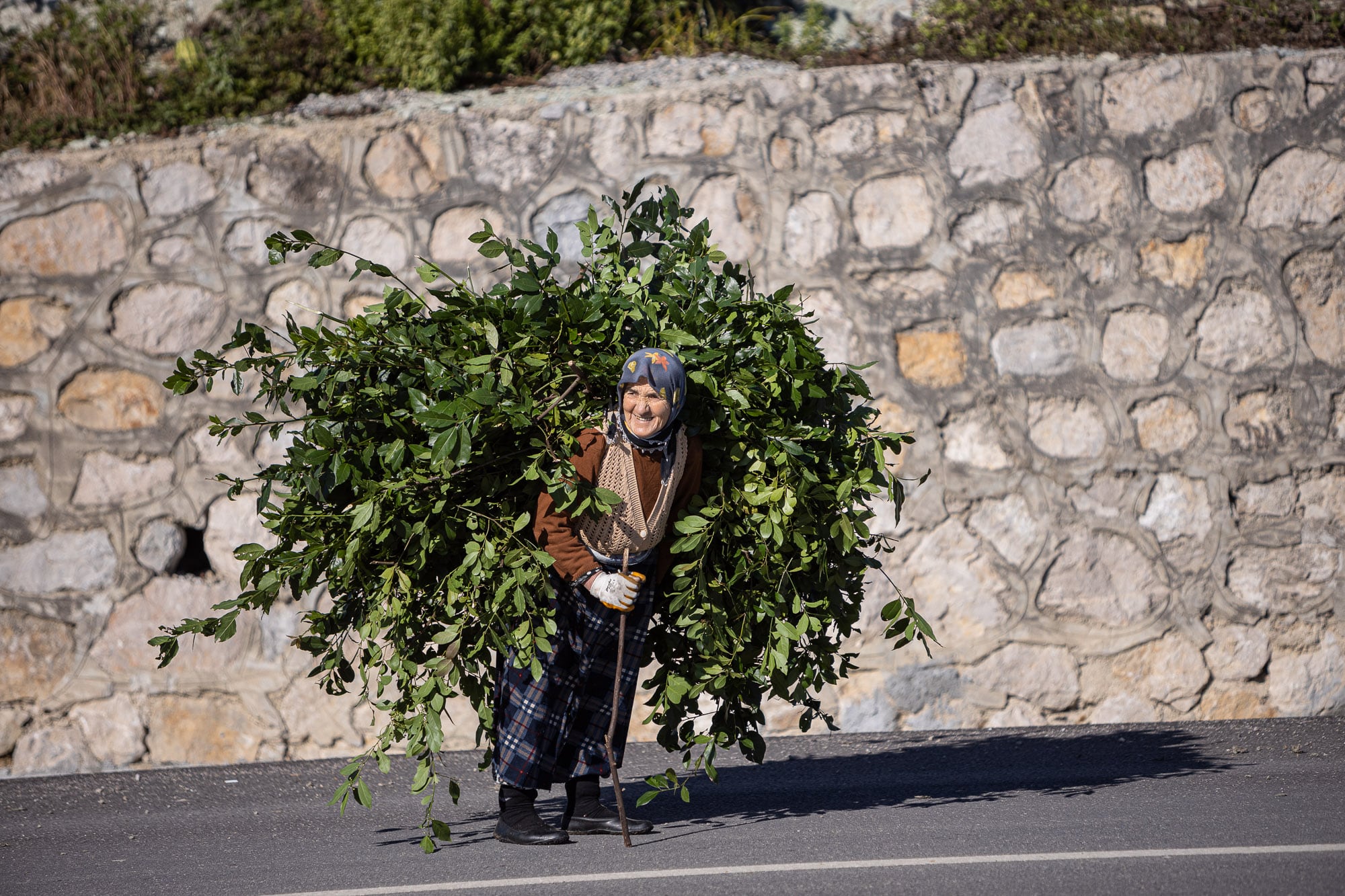 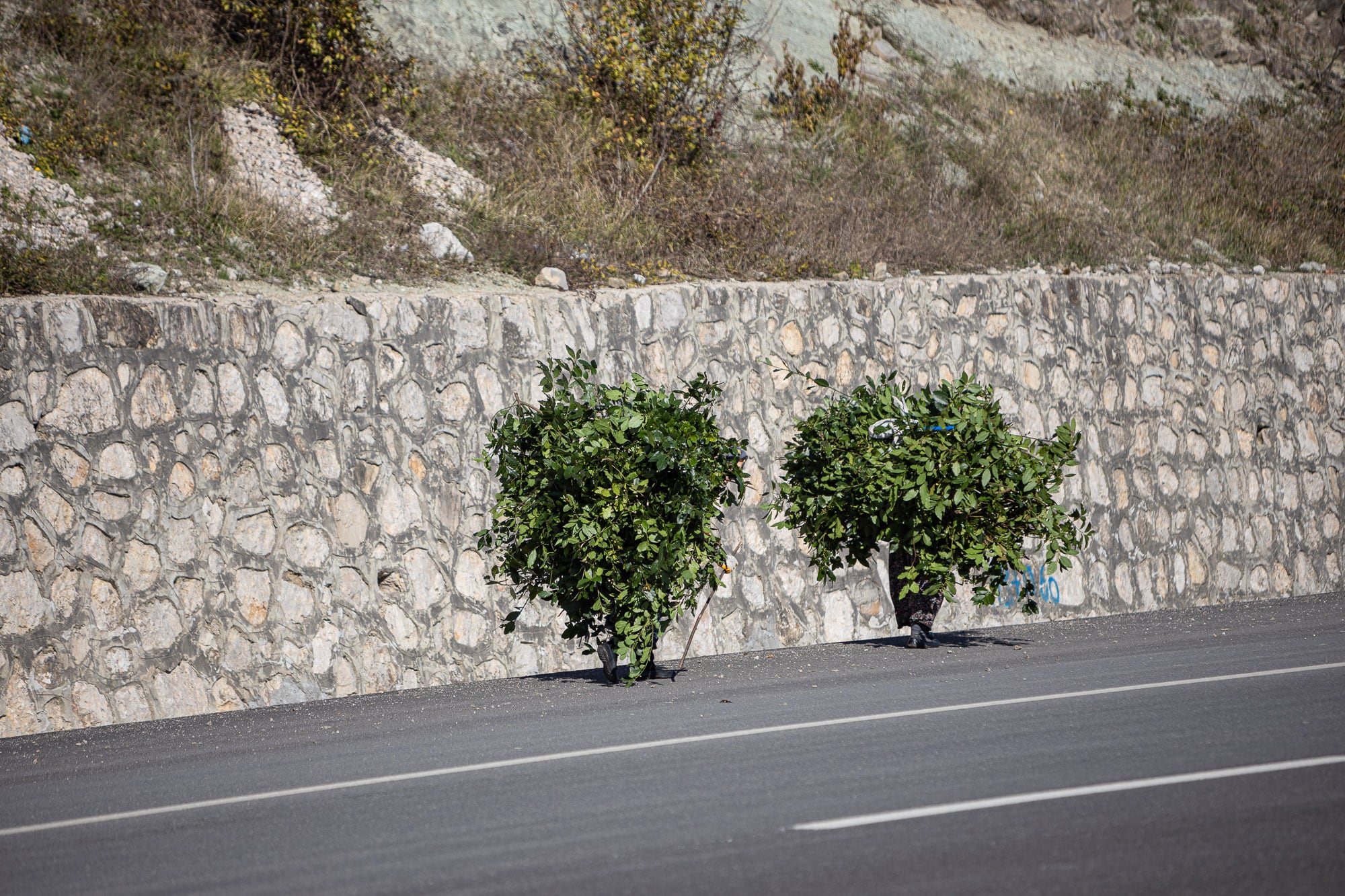 Are these bottles used to mark the barbed wire or do they have another purpose? 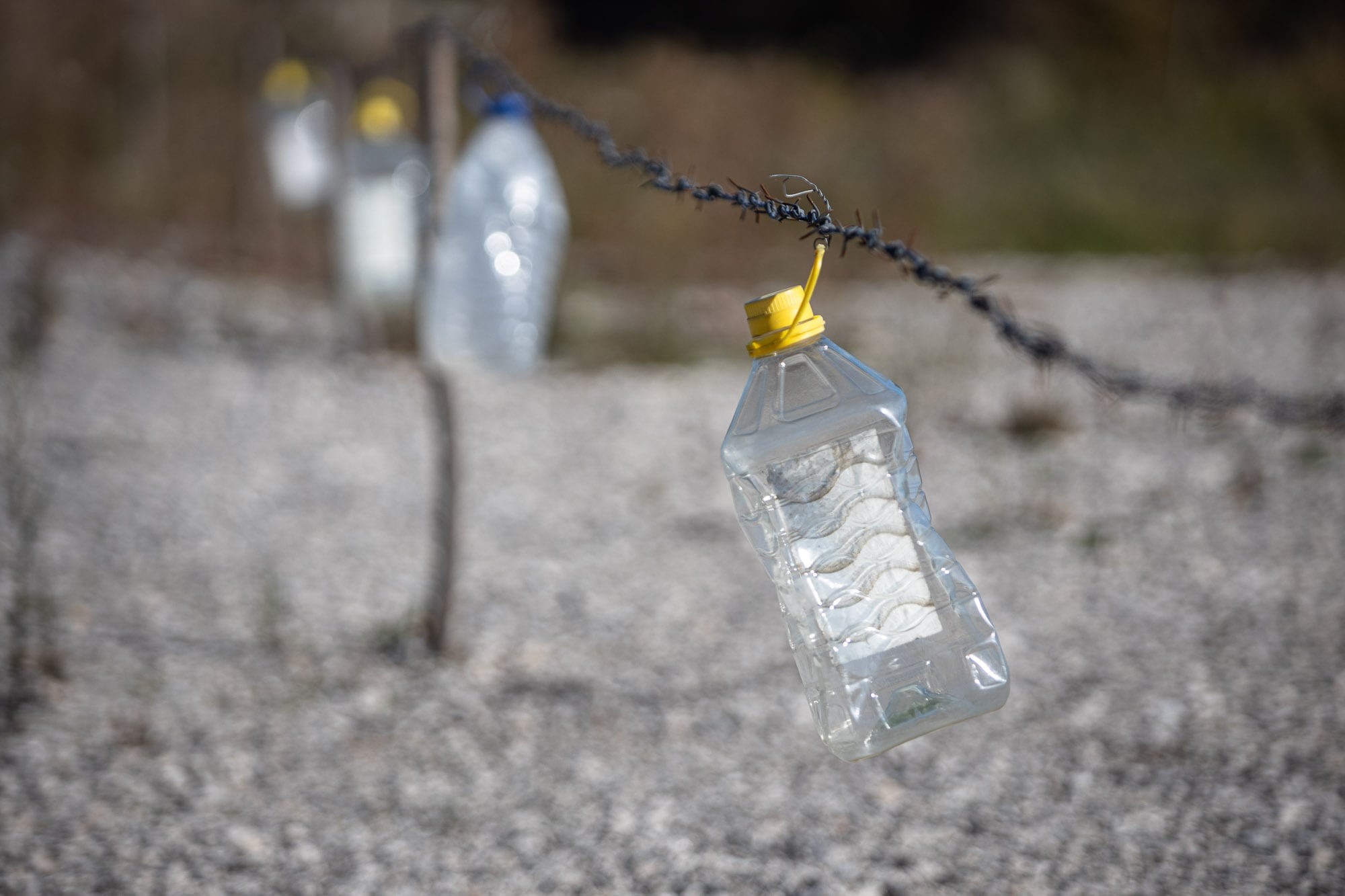 Highway from Cakraz to Amasra: 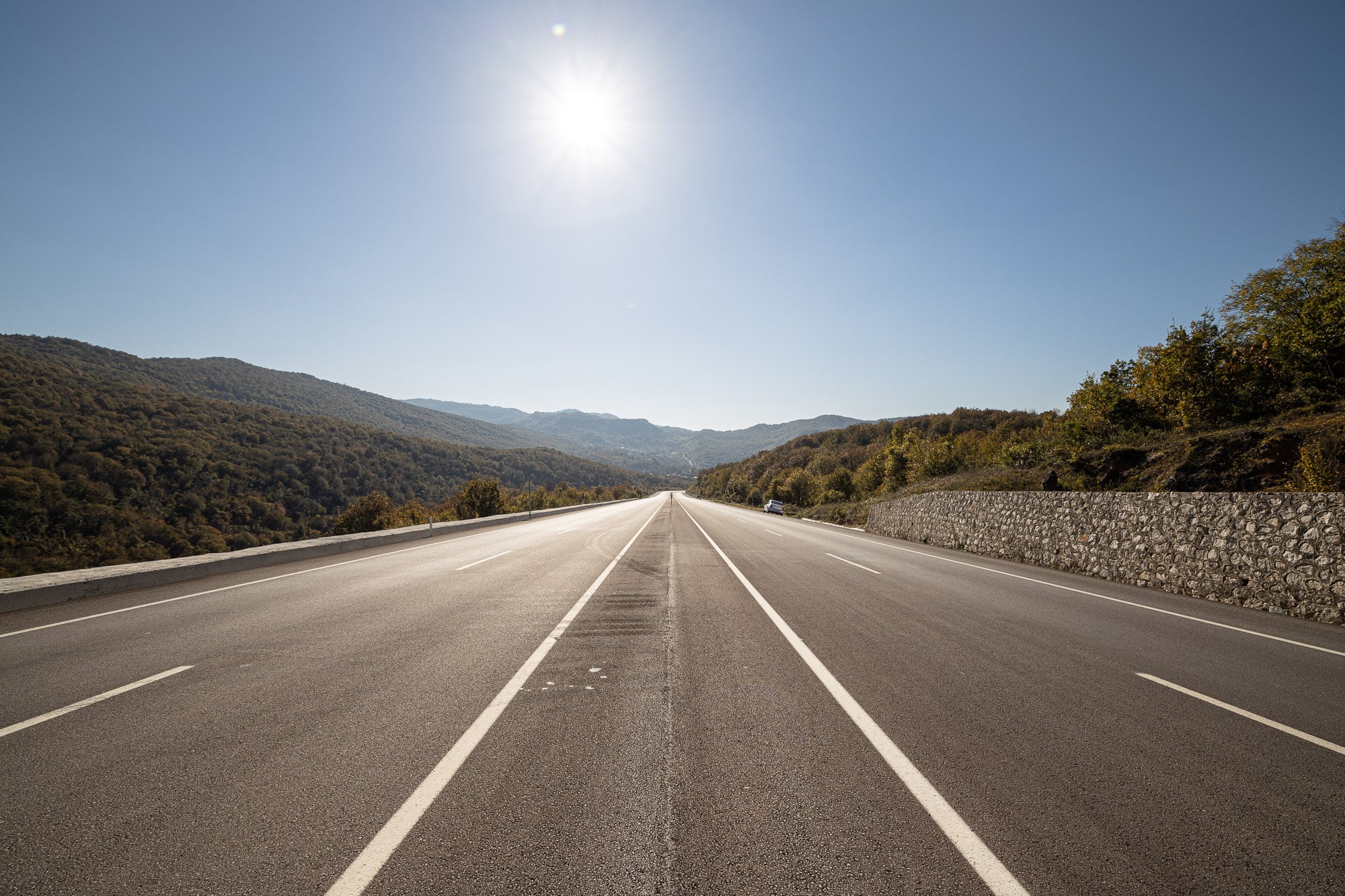 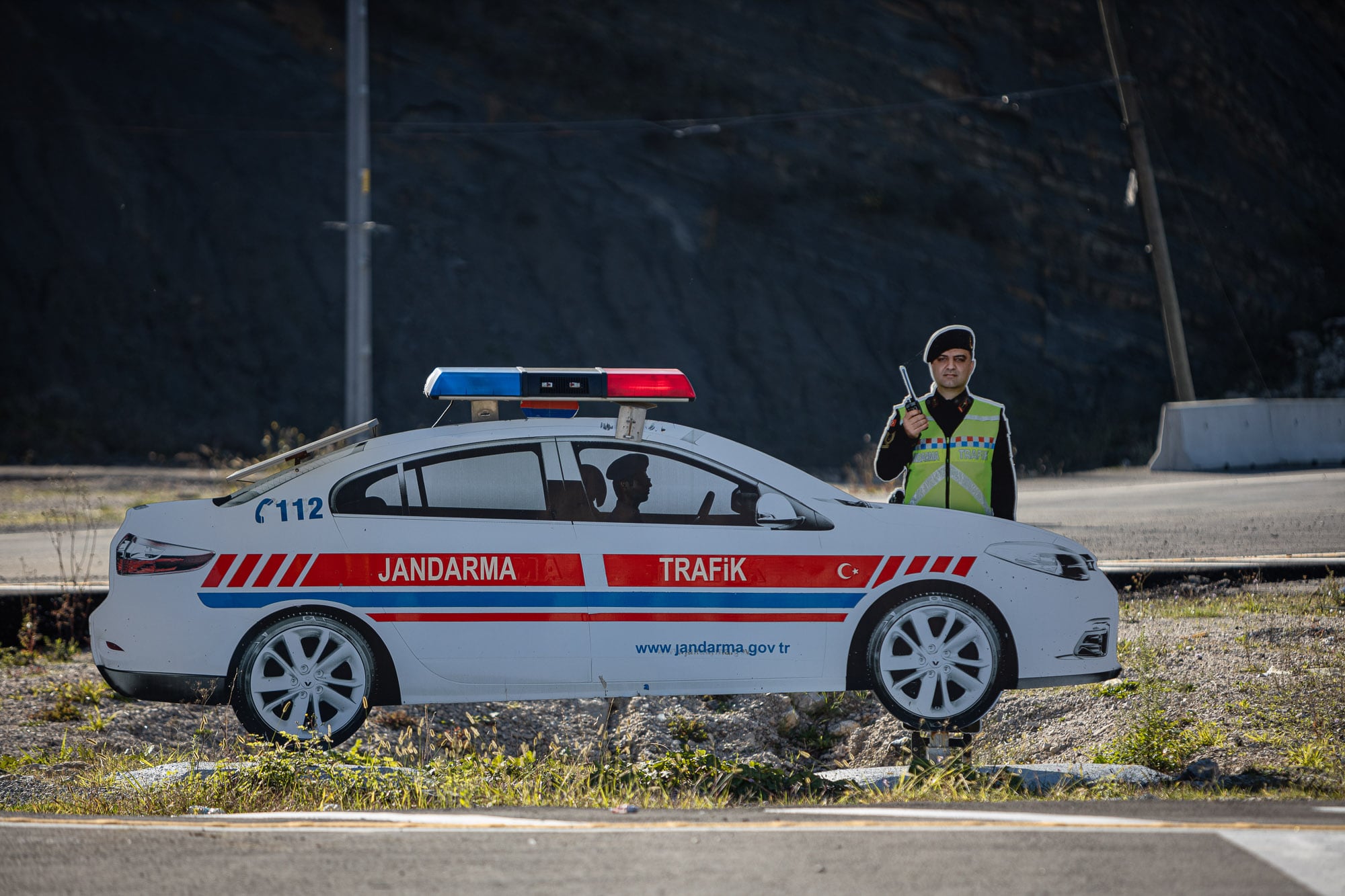 A glass of tea overlooking Amasra: 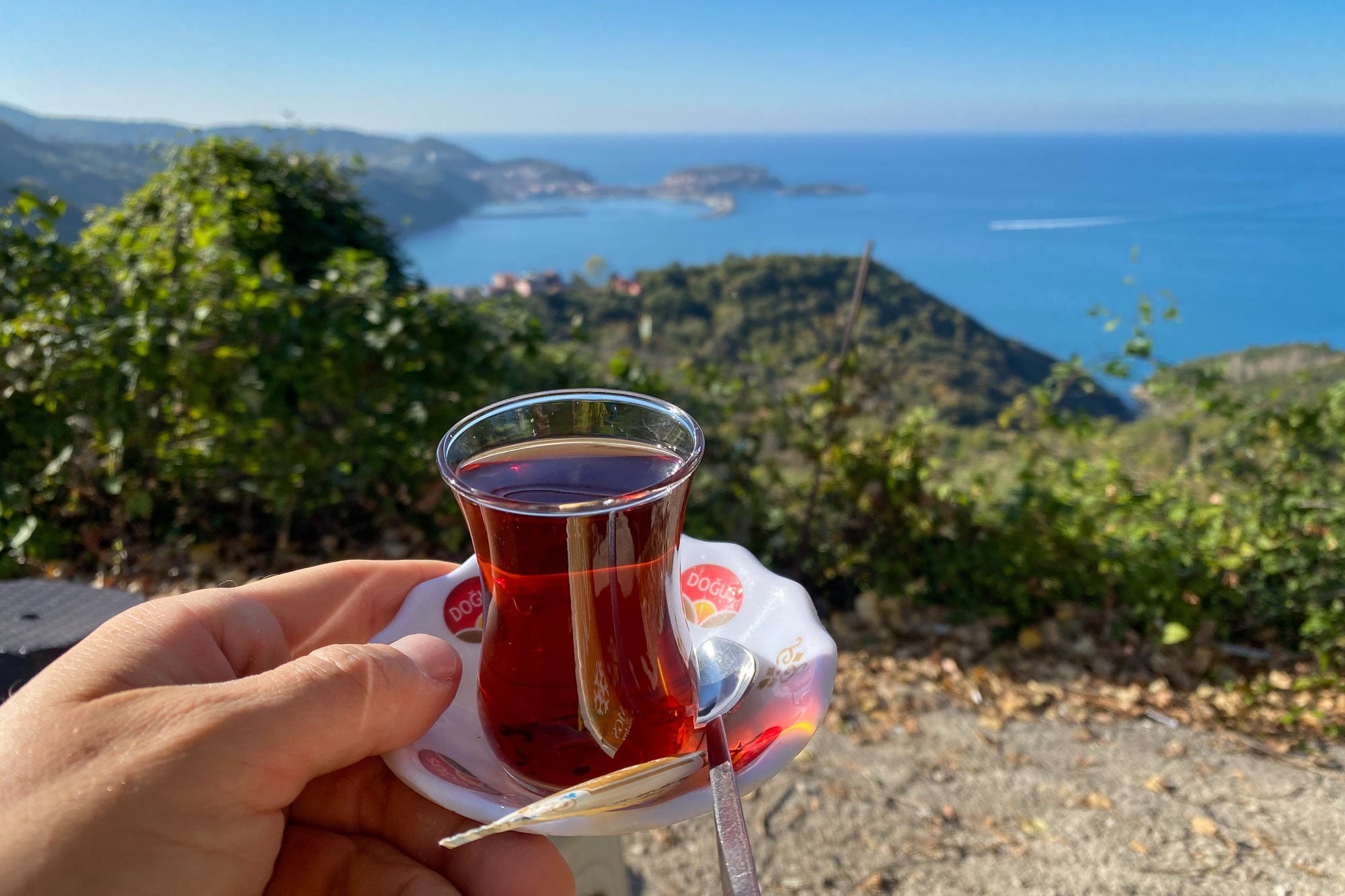 Day 1547
from Cakraz to Amasra