This post is about an 18km walk from Samanci to Abana. I learned something about the hills west of here, and in the end I got very angry.

Last night I made a mistake. I knew it was probably going to be a bit cold, but I decided to use my summer sleeping bag and my trusted Blankie anyway. I figured they would be enough. And then, when I woke up from the cold in the dark, I was too lazy to change into my winter sleeping bag. So I froze most of the night.

I left the school at eight. No students and no teachers had showed up by then. Also, there were no desks and no blackboards in the building, and I started wondering if it was even a real school.

a teahouse and a conversation about hills

The road went down a bit, then up again. The slopes were merciless, and I suffered quite a bit during the uphill parts, but at least they made me feel warm.

When I had reached the highest point, I saw a mosque and a teahouse. Teahouses in Turkey are mostly frequented by men, and many of those men are old. This place was no exception. I asked for hot water, and a few old men asked me to sit with them. We drank strong tea from little glasses, as is the Turkish way.

Sadly, we couldn’t communicate much, the old men and I. But we figured out the basics: I had walked here from Georgia, I really didn’t have a bicycle, and I wanted to continue my way to Istanbul.

When I left, I had learned something: the hills west of here were apparently terrible to walk. “Çok!” the old men had kept saying, throwing one hand in the air: “Çok!”

Çok means: too much.

The rest of the way to Abana was easy. It went mostly downhill, and sometimes I found a spot in the sun to sit and have some tea.

Somewhere near the end I witnessed a disturbing scene: a few dogs were running on the road while a car was approaching. The car didn’t slow down, and it hit one of the dogs. The dog cried out, but it kept running. The car didn’t stop, either, and soon both the dog and the car were gone.

I screamed obscenities and shook my fist until my voice was hoarse.

Then I walked the rest of the way to a hotel, showed my passport and my HES code, and booked a room for three nights.

I needed a rest.

The road to walk from Samanci to Abana: 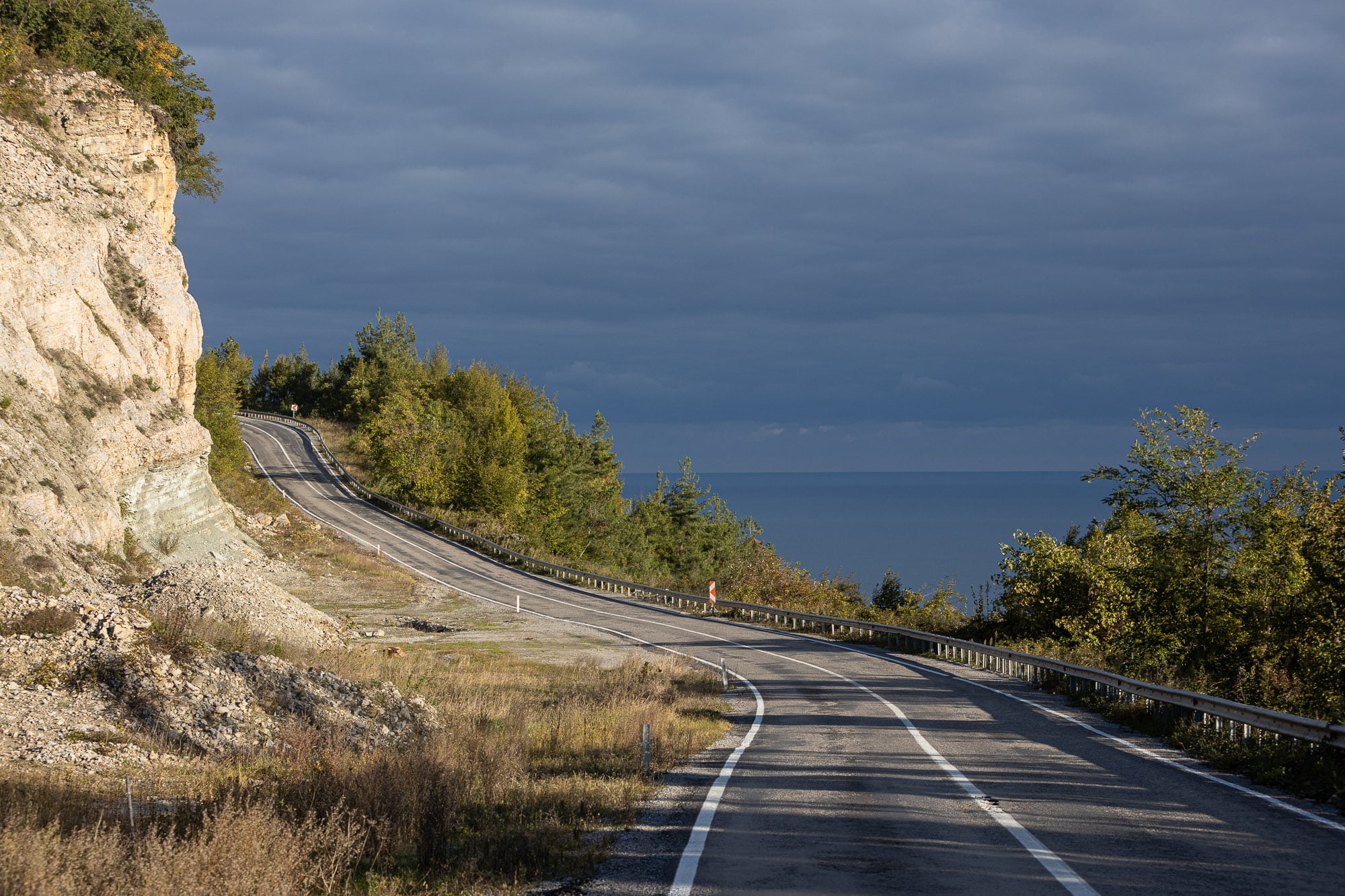 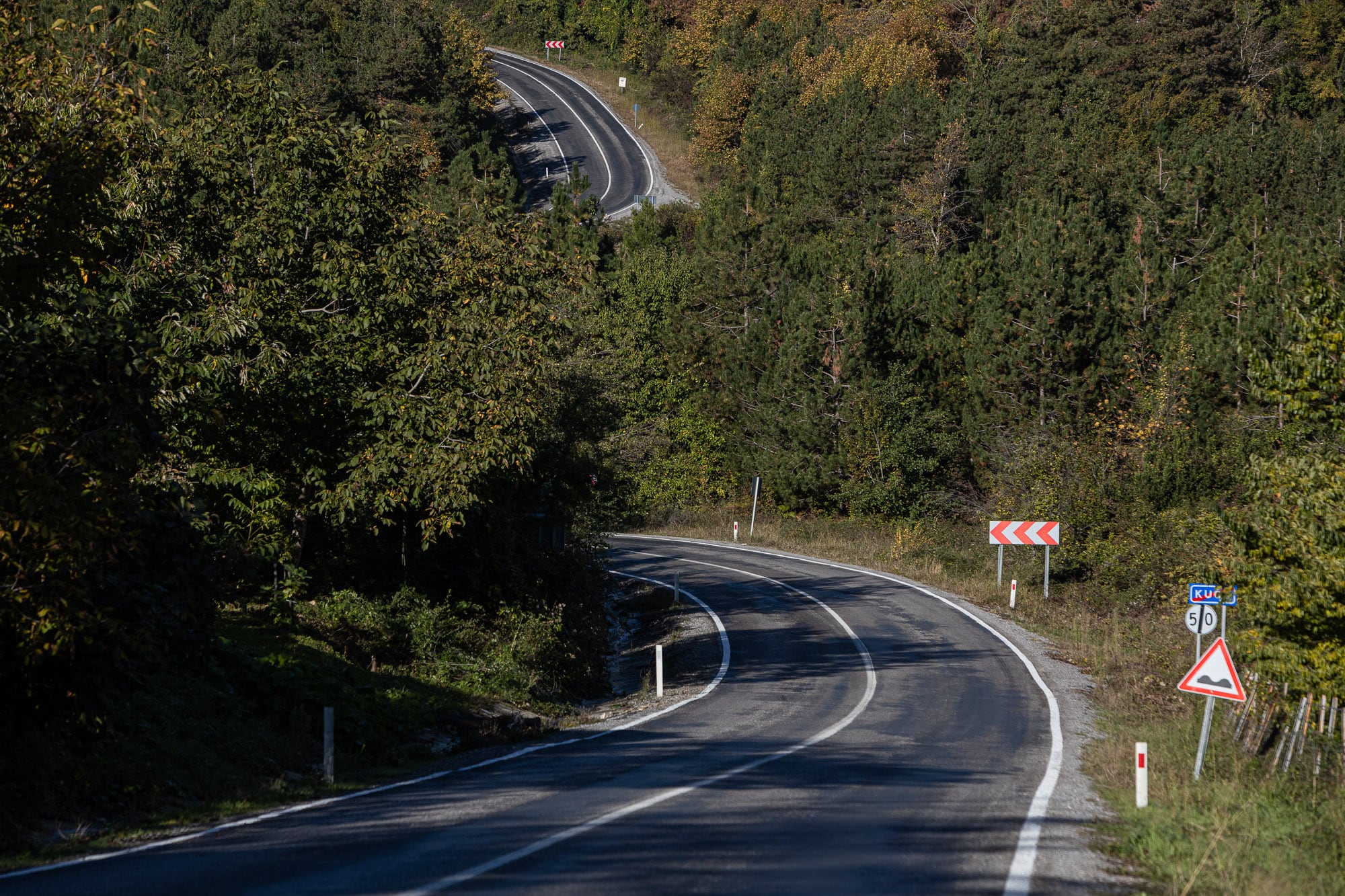 Mosque in Denizbükü, the highest point of the road from Samanci to Abana: 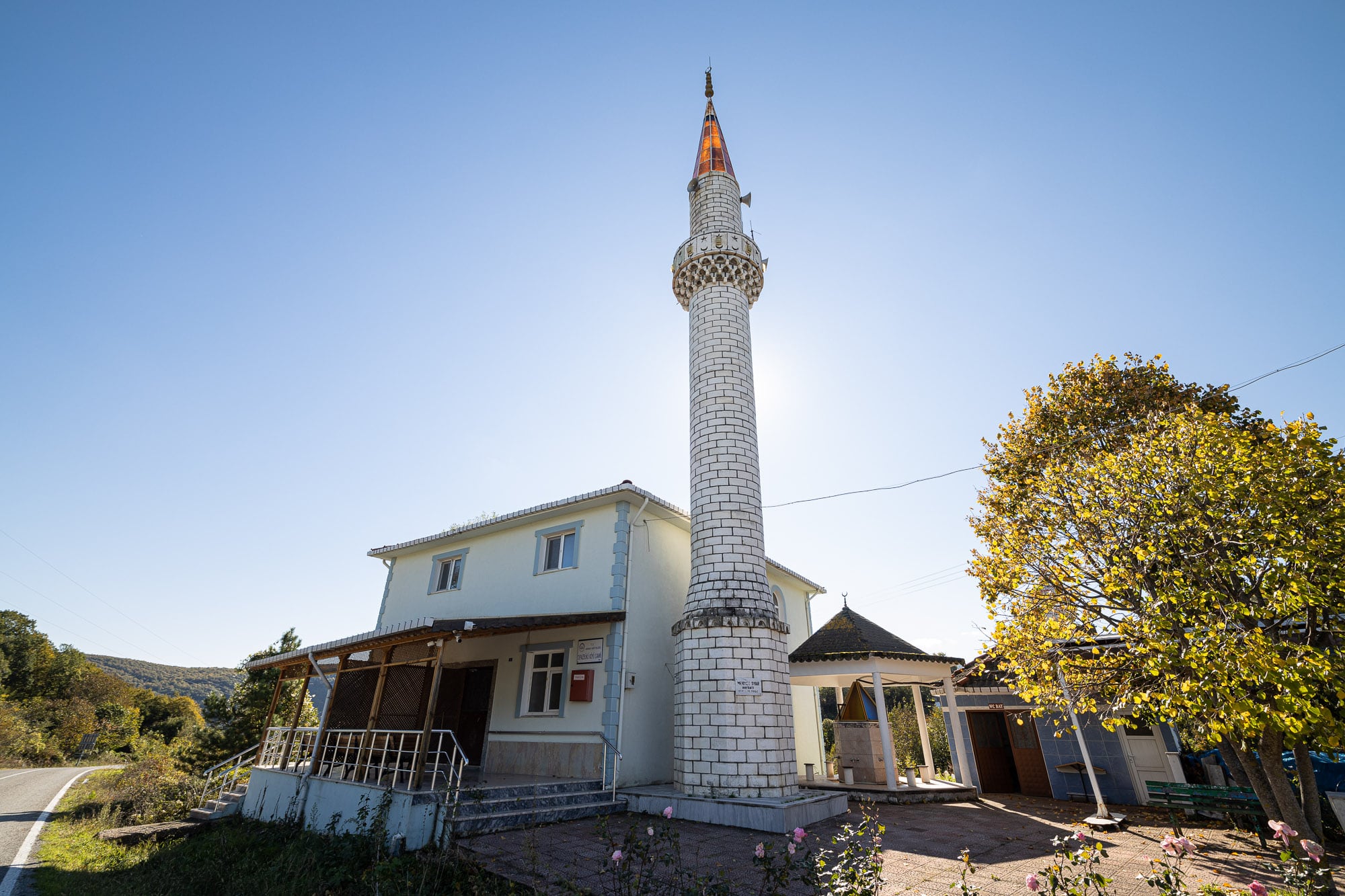 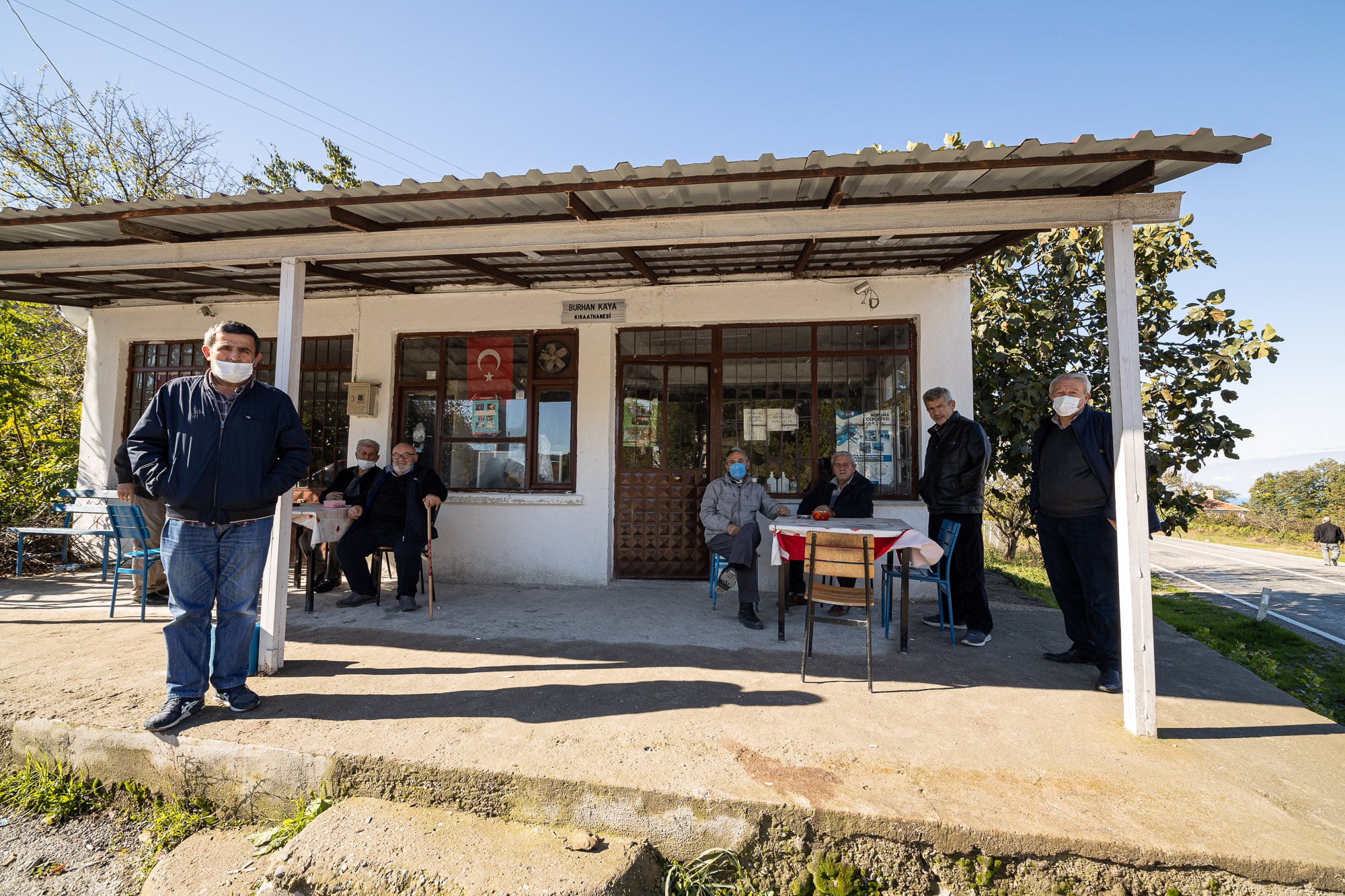 The road leading down to the Black Sea: 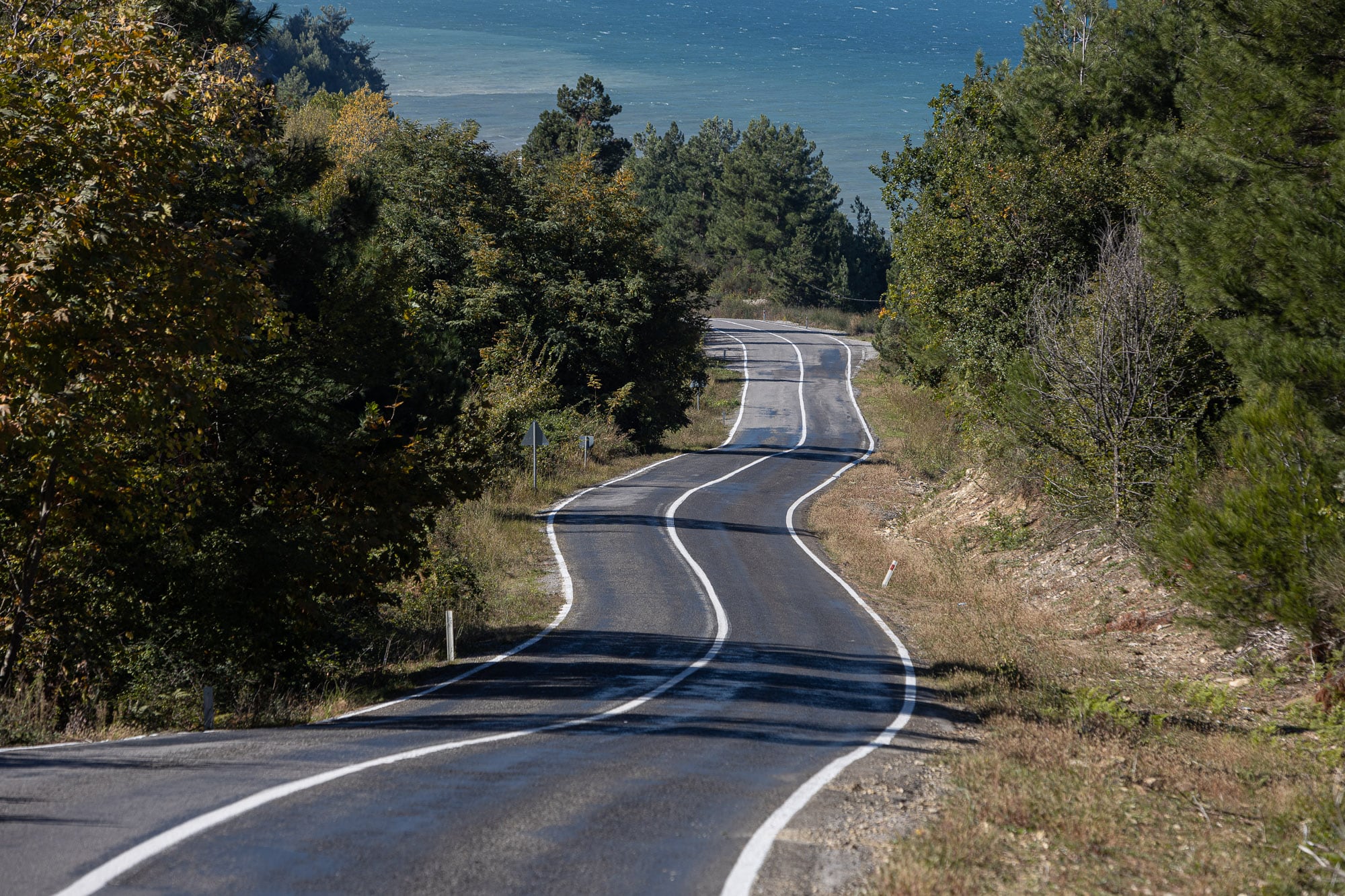 Caboose with a view: 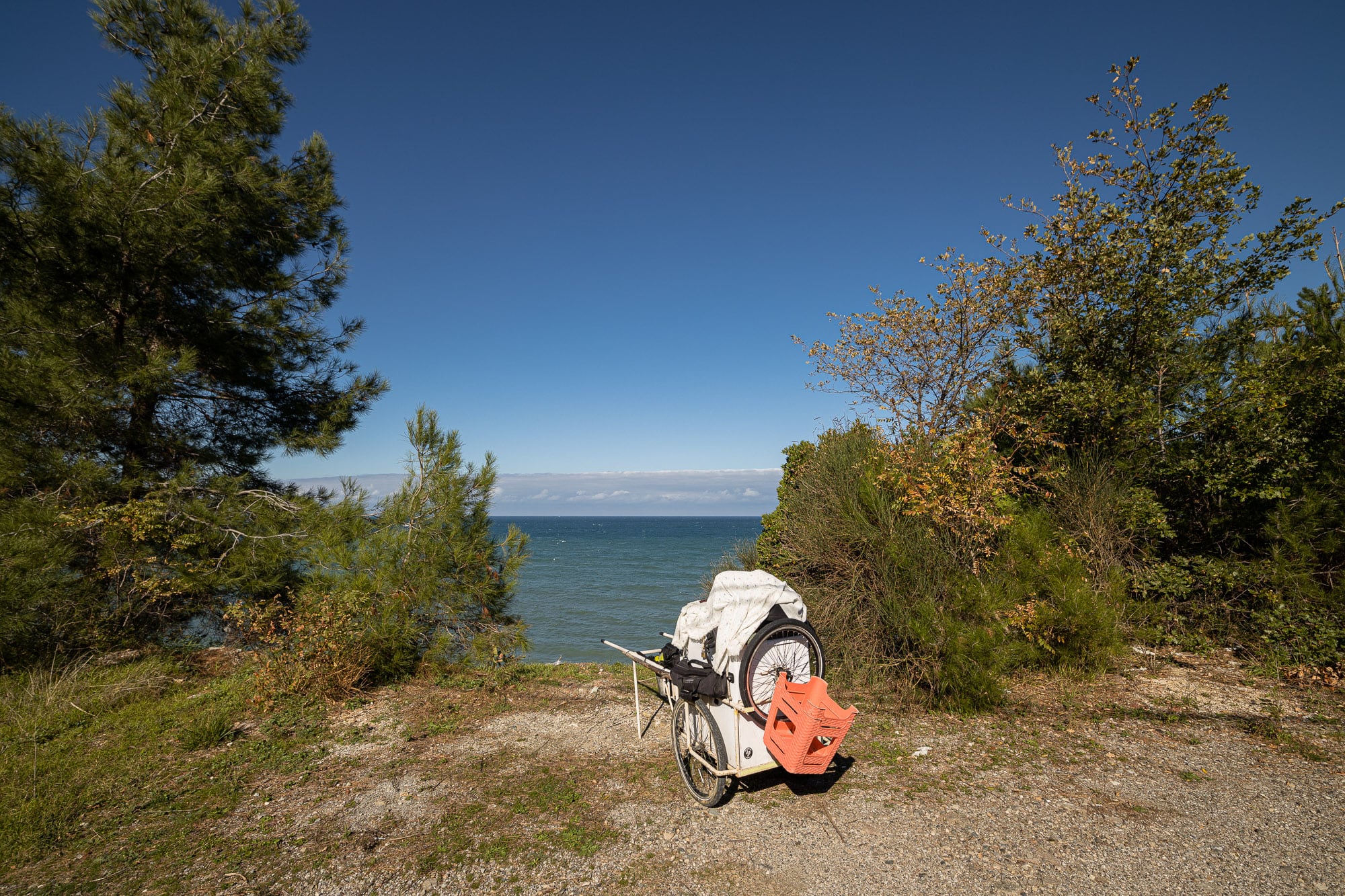 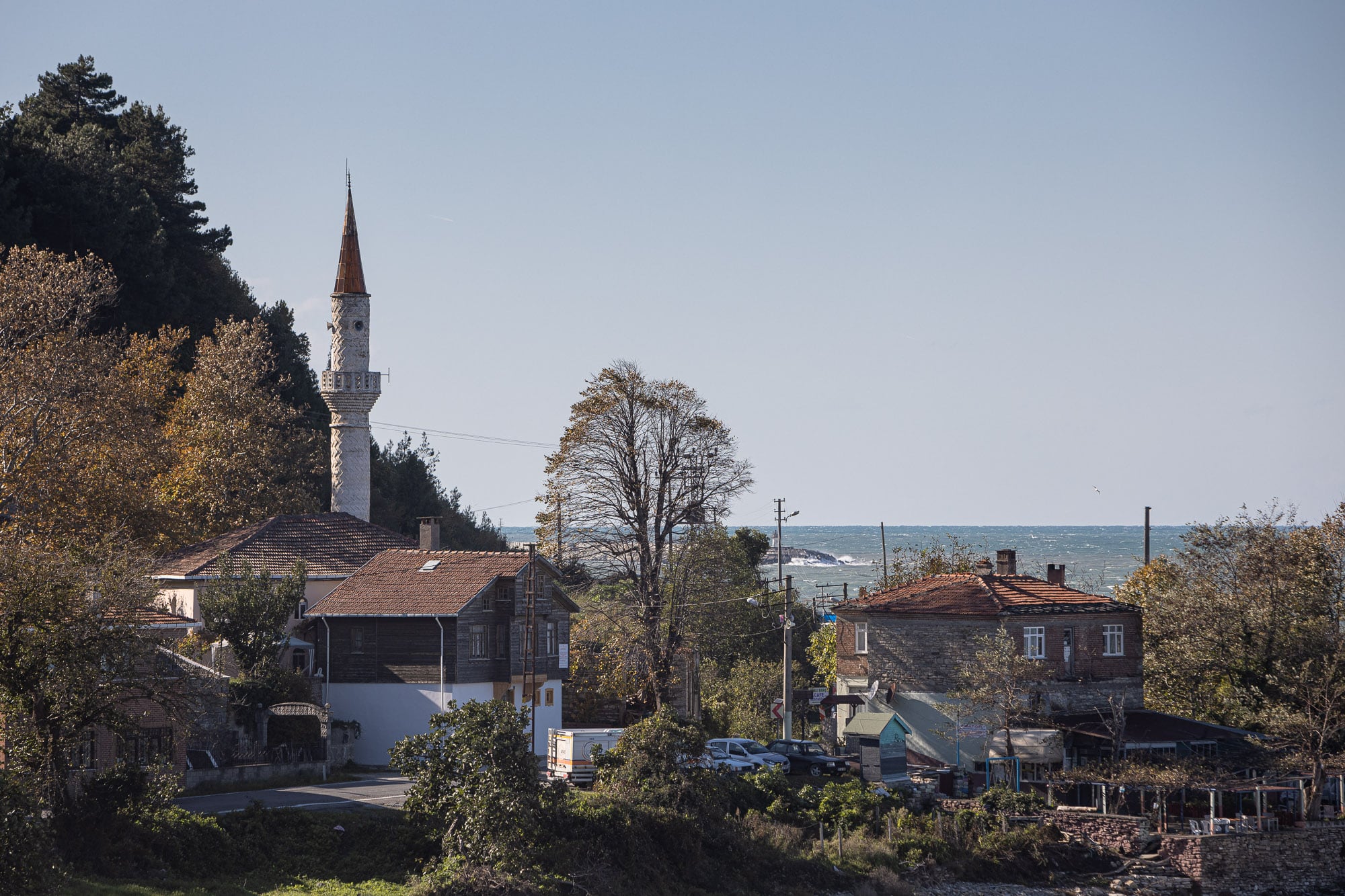 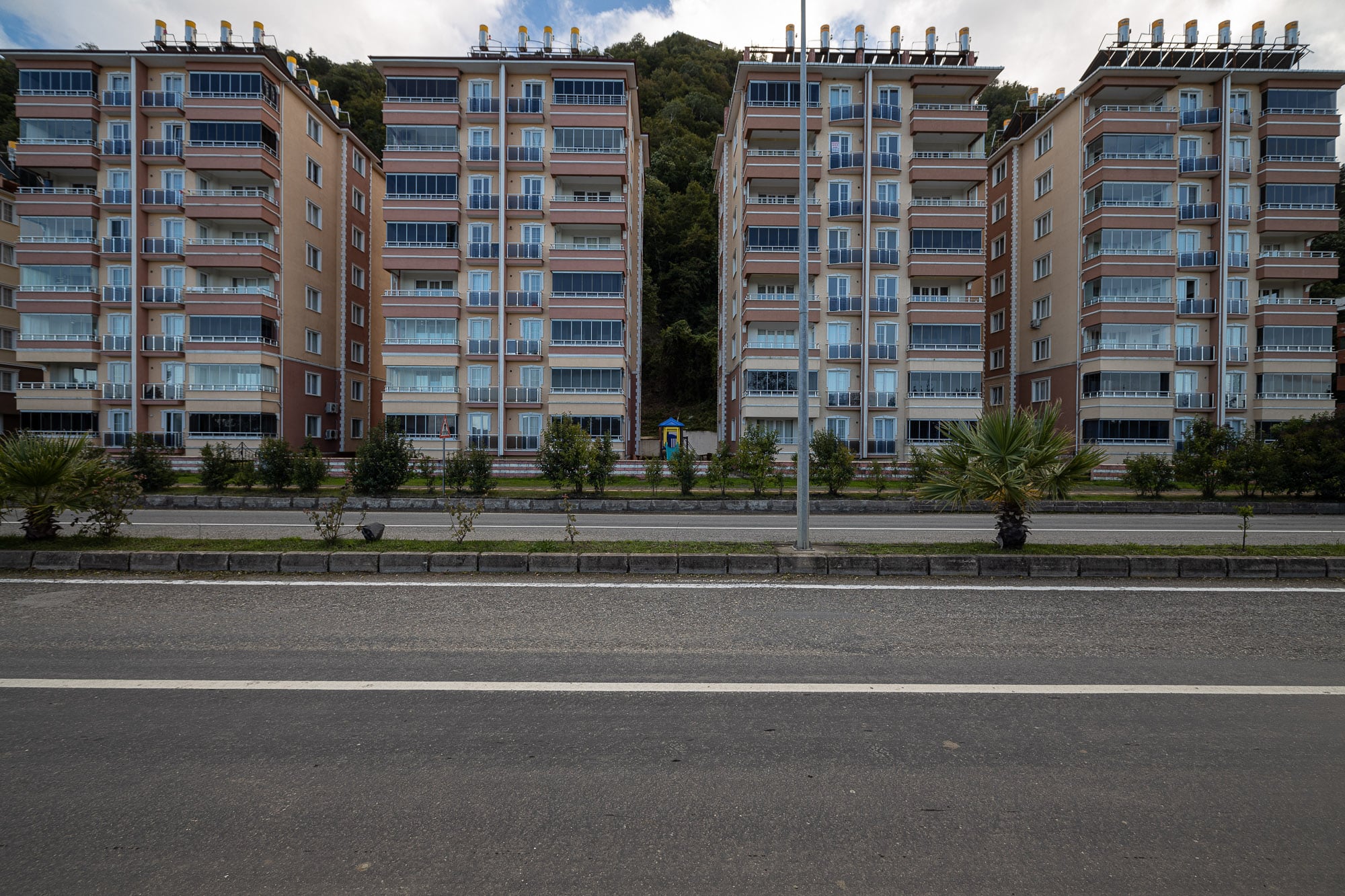 Day 1531
from Samanci to Abana