This post is about a 10km walk from Catalzeytin to Samanci. It involved a late start and (almost) no place to sleep.

The sky had cleared up overnight. But at 11:00 in the morning it was still raining. I decided to stay put a little longer and see if I could wait it out. My host Mecit was still sleeping. Life can be tough for performing artists.

At noon I felt it was safe to leave. With such a late start I knew I wasn’t going to go very far. So I decided to try to walk from Catalzeytin to Samanci, a small village in the hills.

But first I needed some food. So I went back to the restaurant from the day before and had another serving of fries and tea. I didn’t order sütlaç this time – I felt I hadn’t earned it. Then I walked west along the coast.

When the road started to wind up into the mountains, I felt mentally prepared for it. But physically, I wasn’t quite there, yet. It was very difficult. The road climbed and climbed, and towards the end I had to take a little break every hundred steps.

Then I finally reached Samanci, the village where I was planning to spend the night.

I went to the mosque to ask if there was a spot for me to put my tent. But the mosque was empty. After a while, a neighbor appeared and told me that I should go to Abana. That was another 15km. I felt disheartened.

When I noticed a school building with a large yard, I decided to try my luck there. I knocked on a neighboring door and asked a lady if she thought I could camp next to the school. She shrugged and sent me to the muhtar – the head of the village. He lived just down the road.

The head of the village looked a bit confused at first.

“Yes, you can camp there, but I need to notify the police,” he told me. Then, after a pause: “Where are you from, Syria?”

I went back to the school yard and started looking for a spot to put my tent. Then the head of the village appeared again. And this time, he had an entourage. And for some reason, most of them, old men and women, arrived on quads.

We took a few pictures together, then they got a key and opened the school building. Mustafa, the village head, gestured for me to go inside and sleep there. Then they gave me a meal of soup, bread, sweet potatoes, and juice.

And then I went to sleep, in the school of the good people of Samanci. 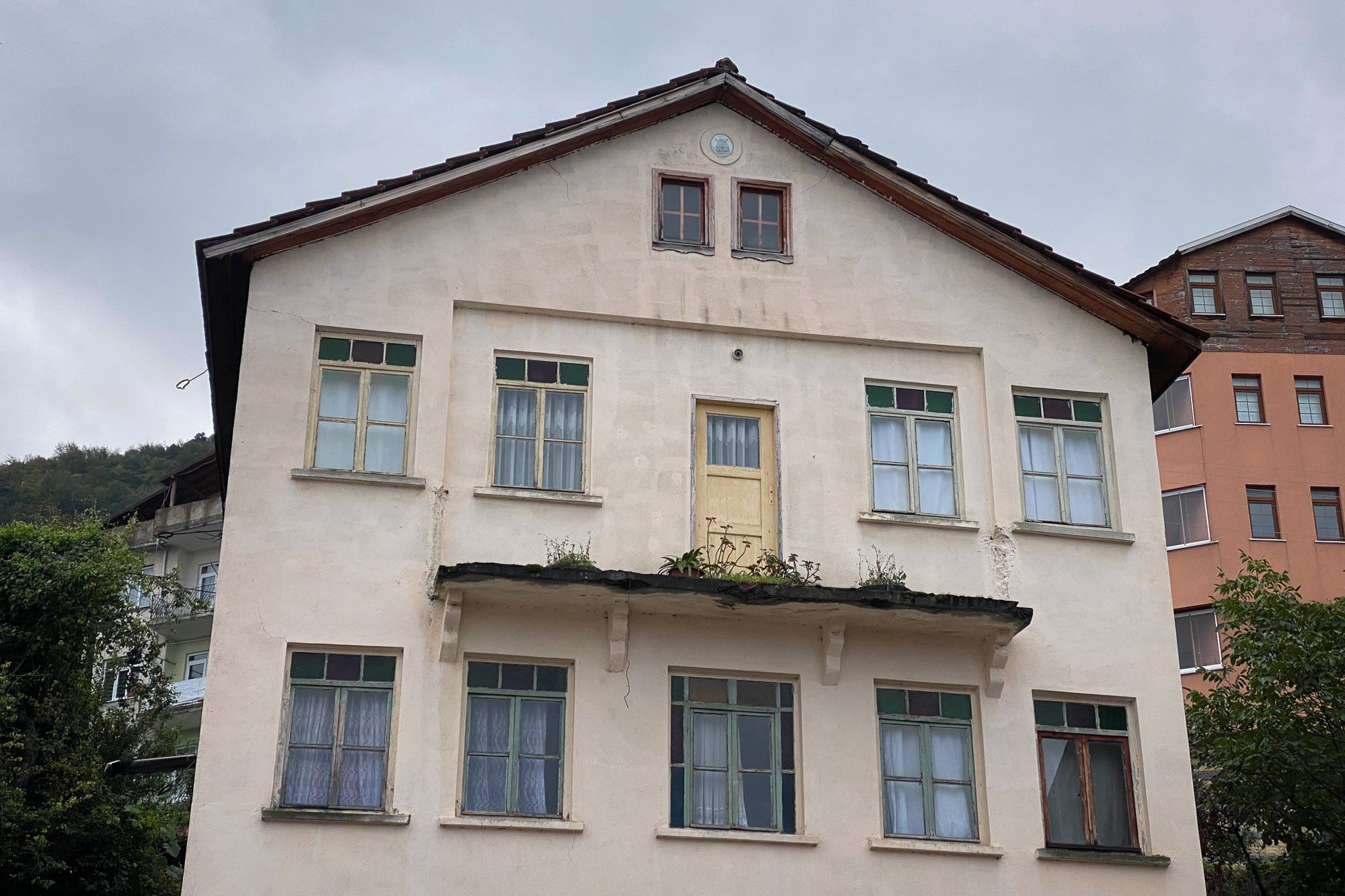 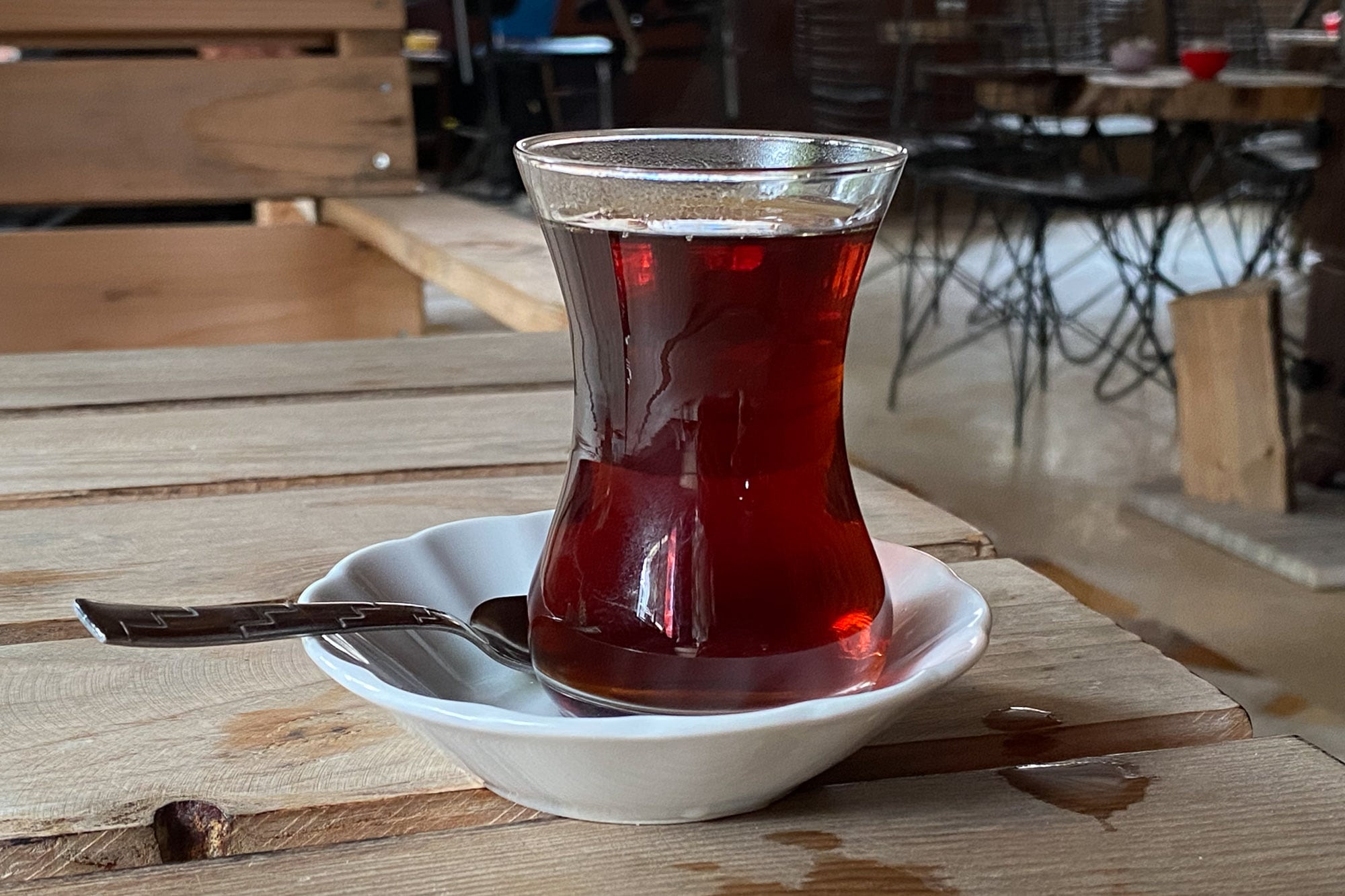 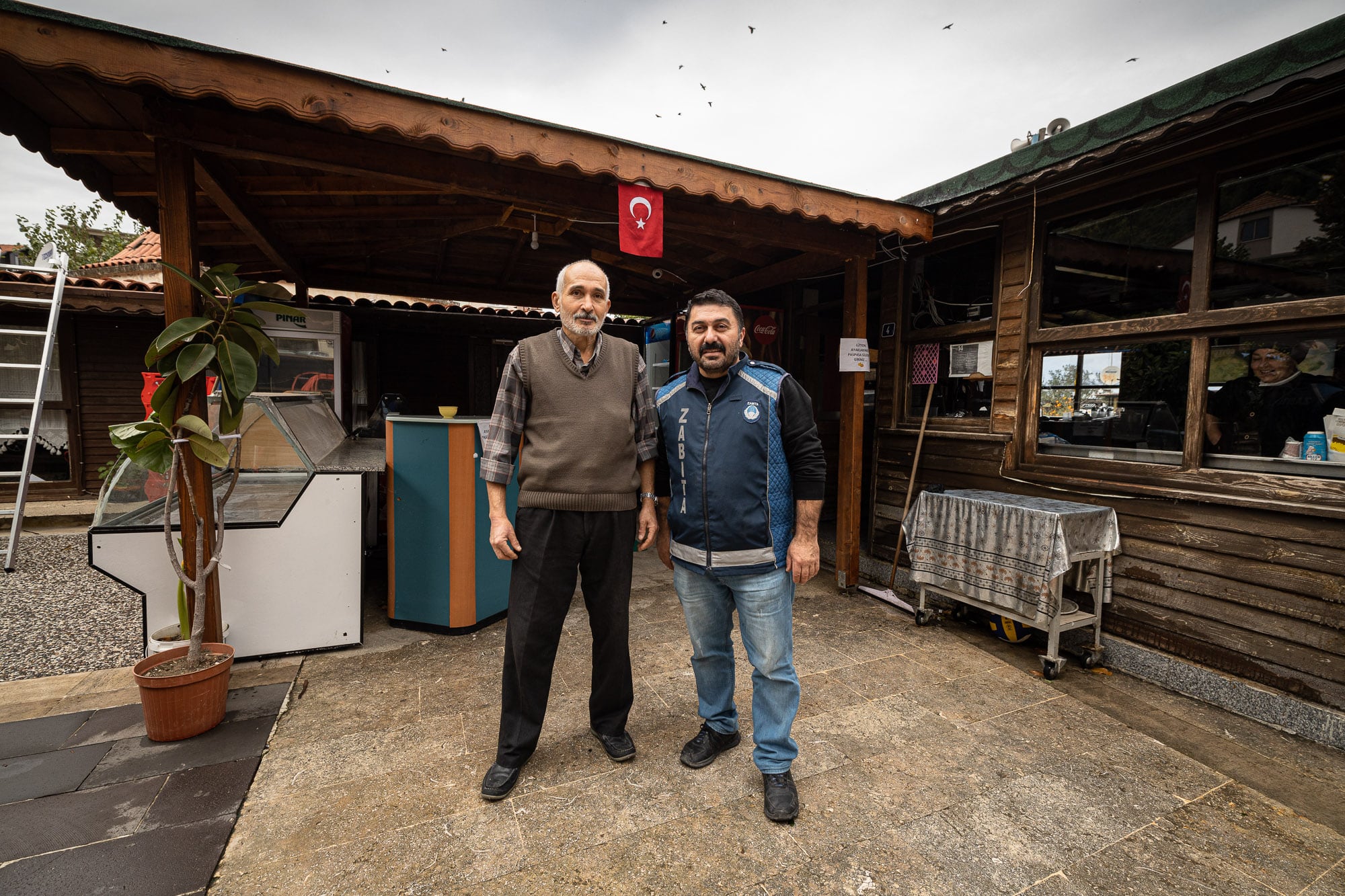 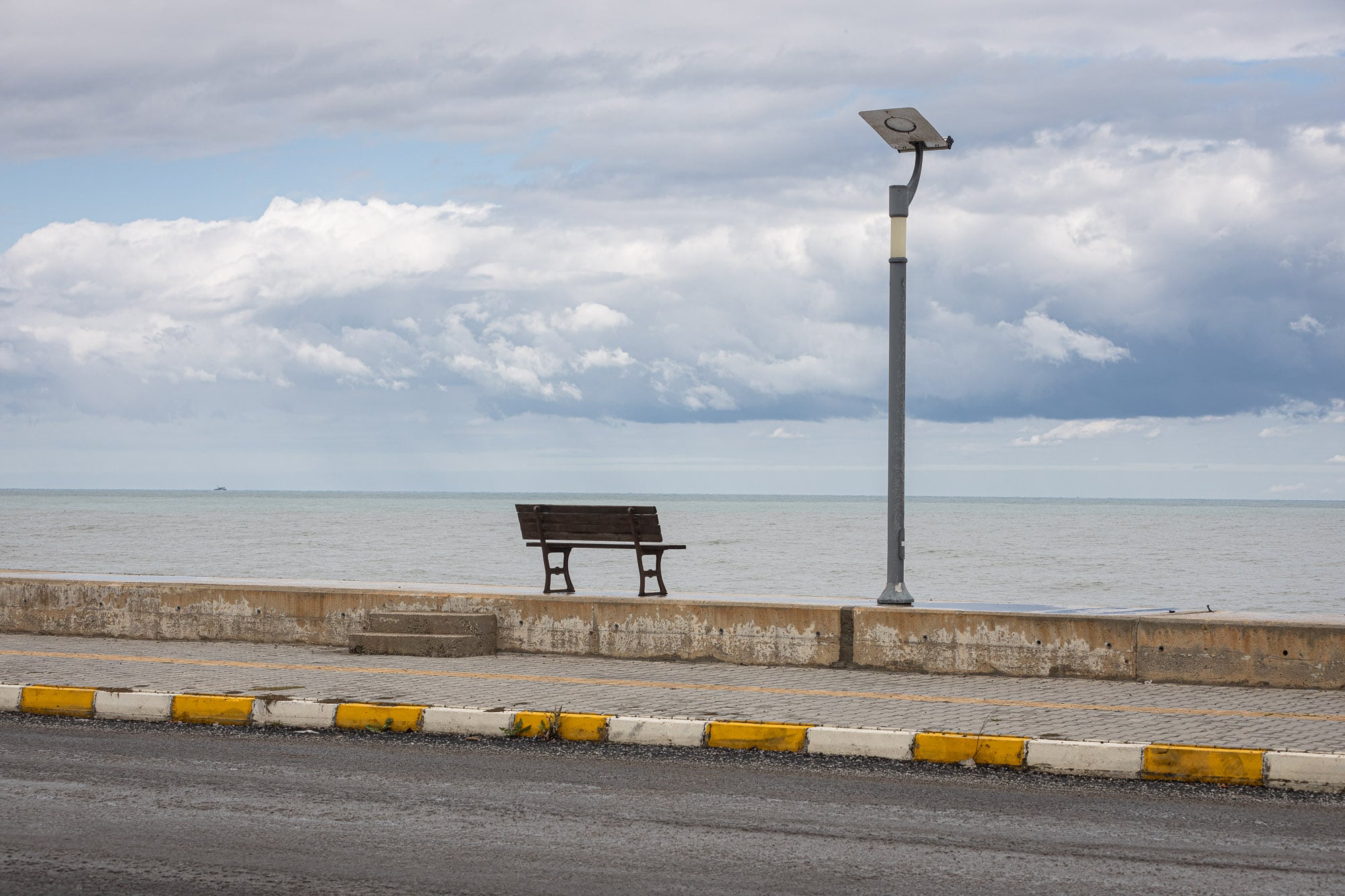 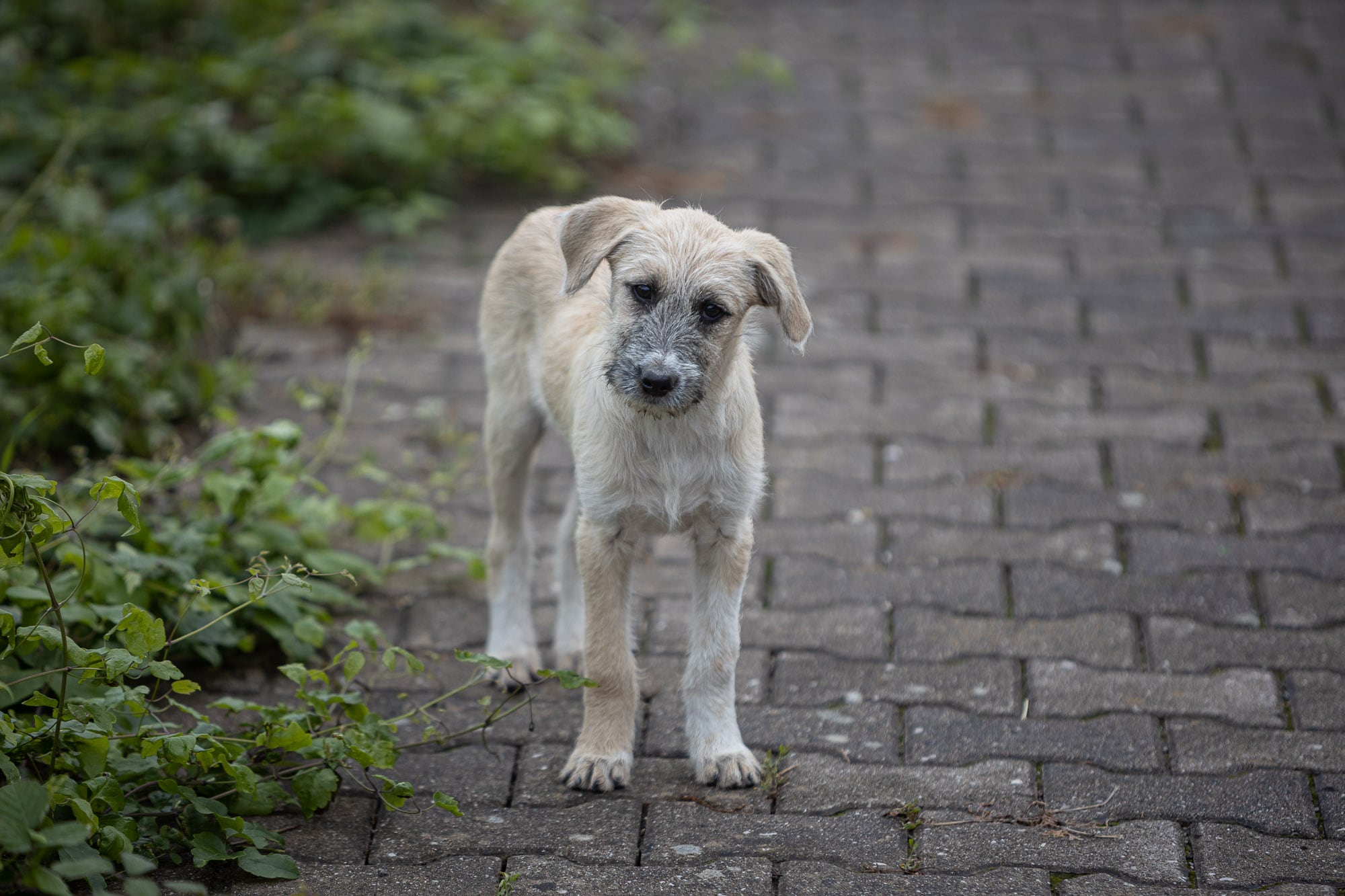 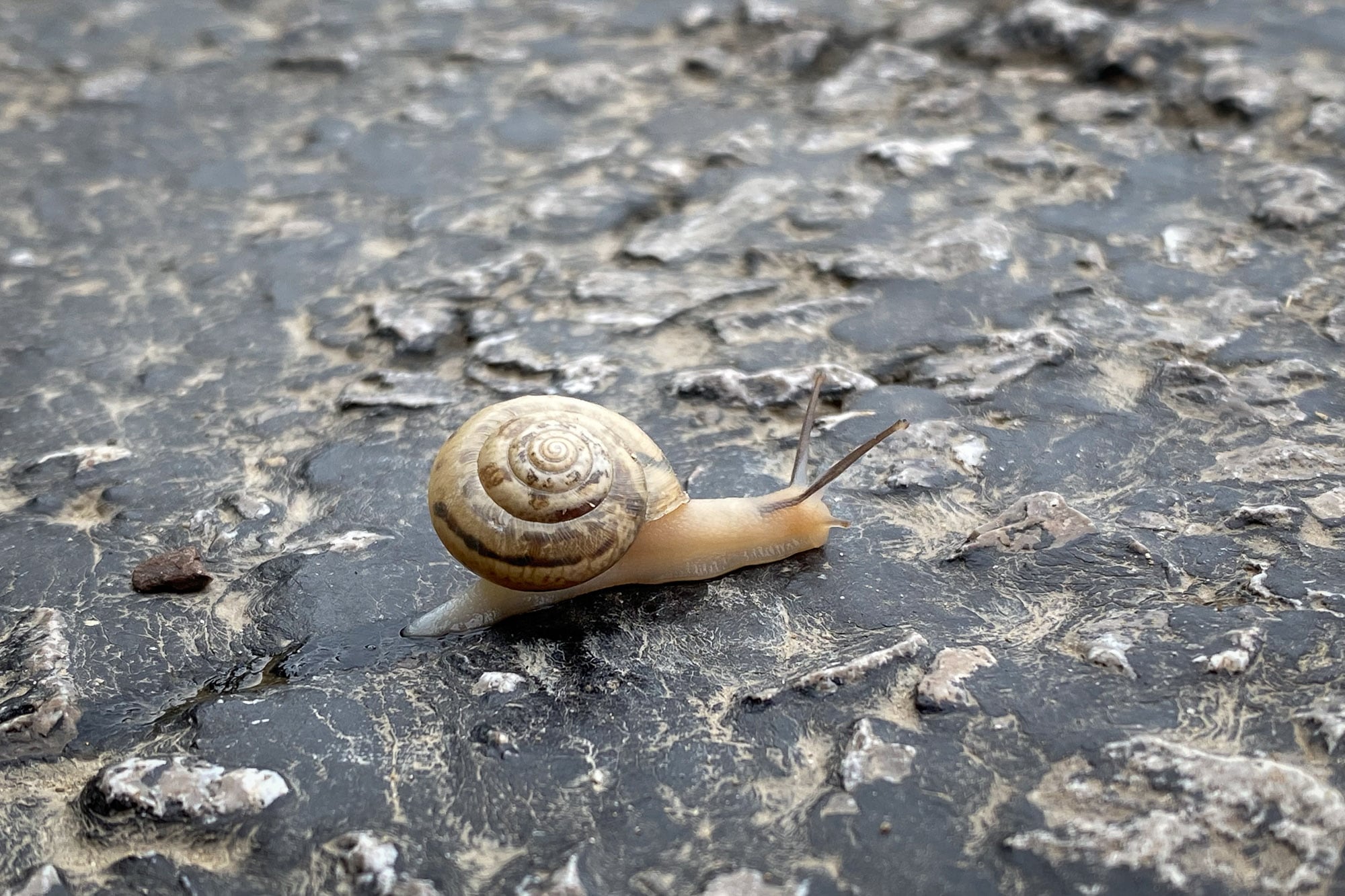 Road from Catalzeytin to Samanci: 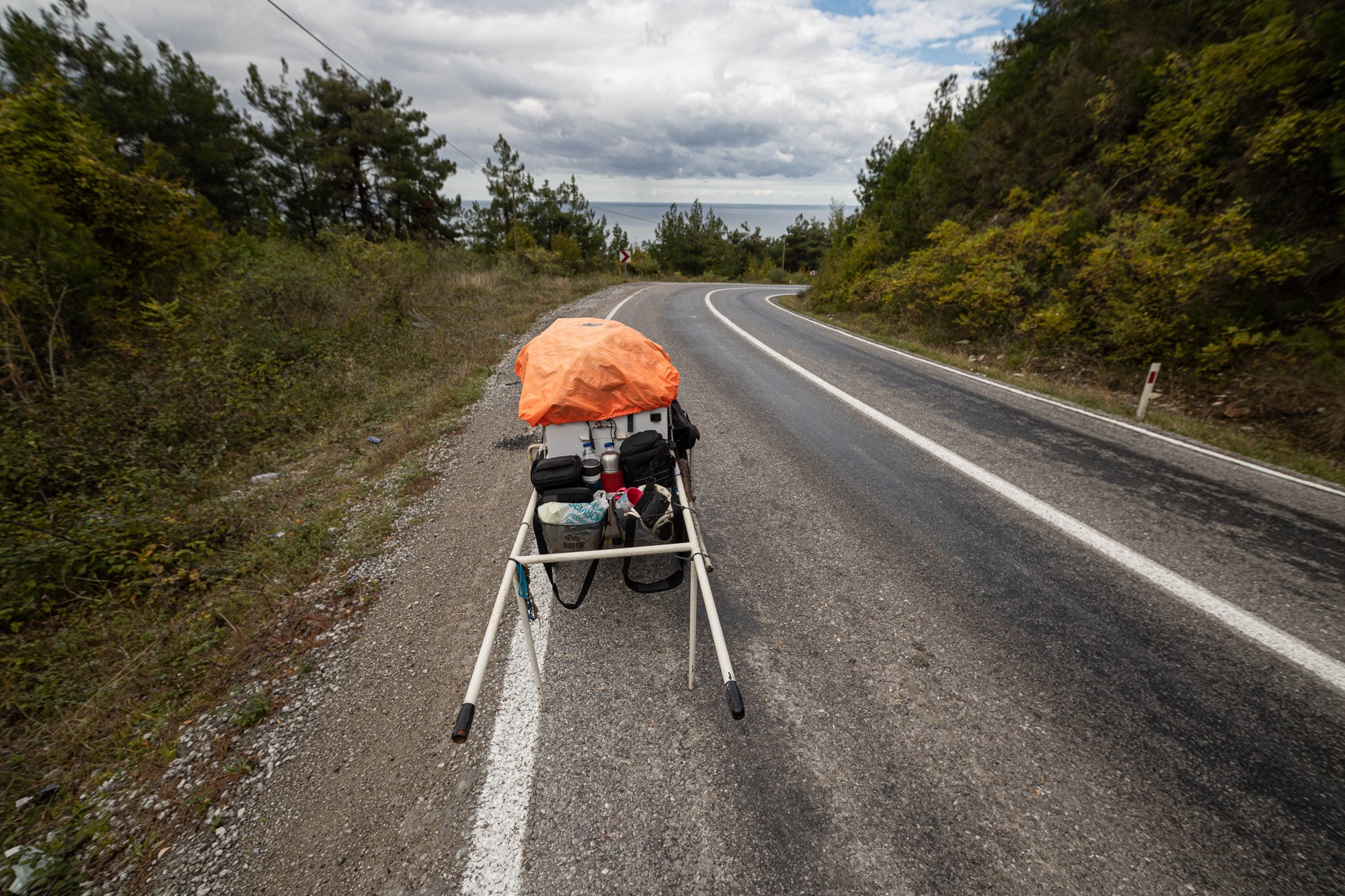 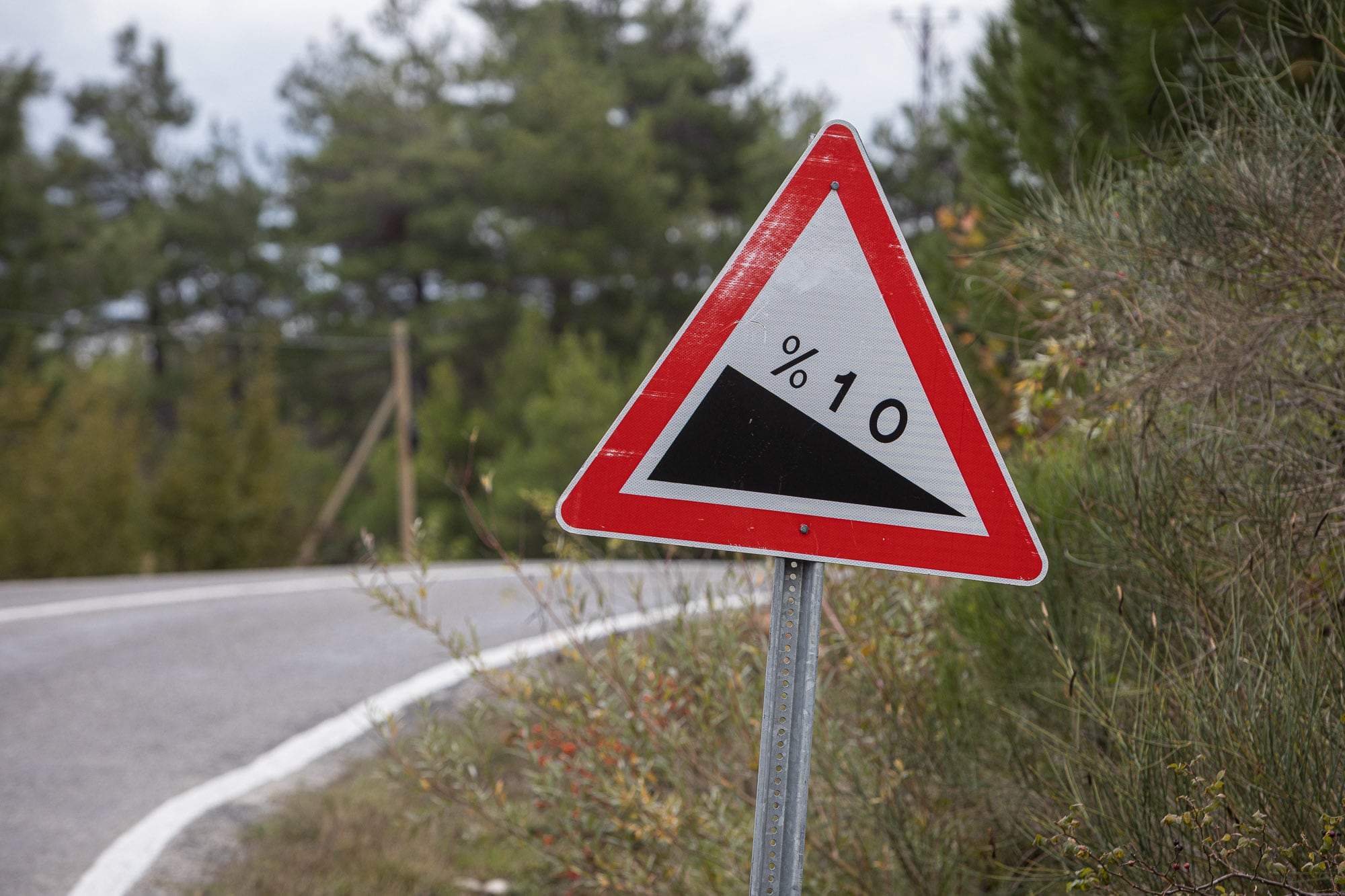 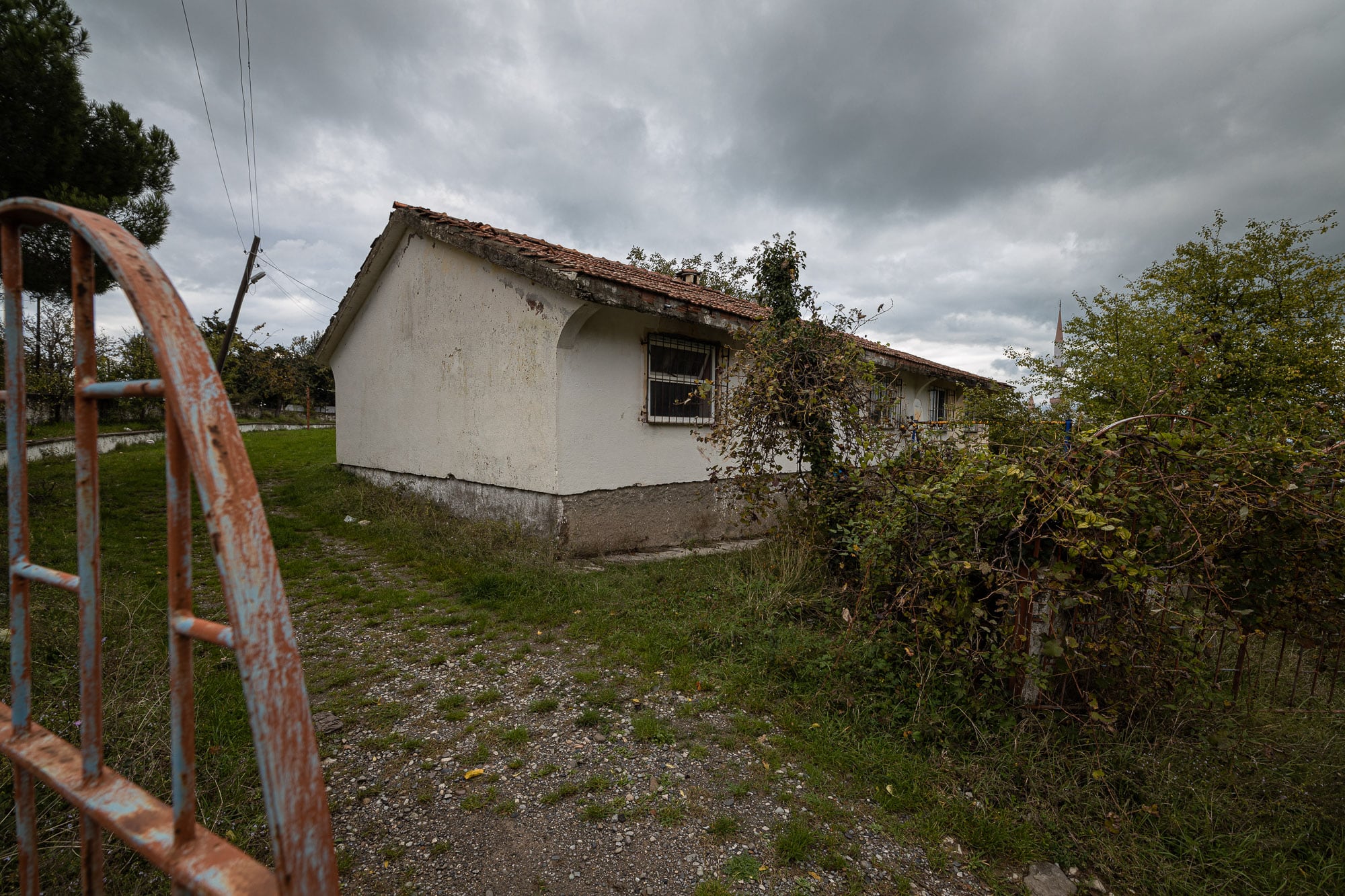 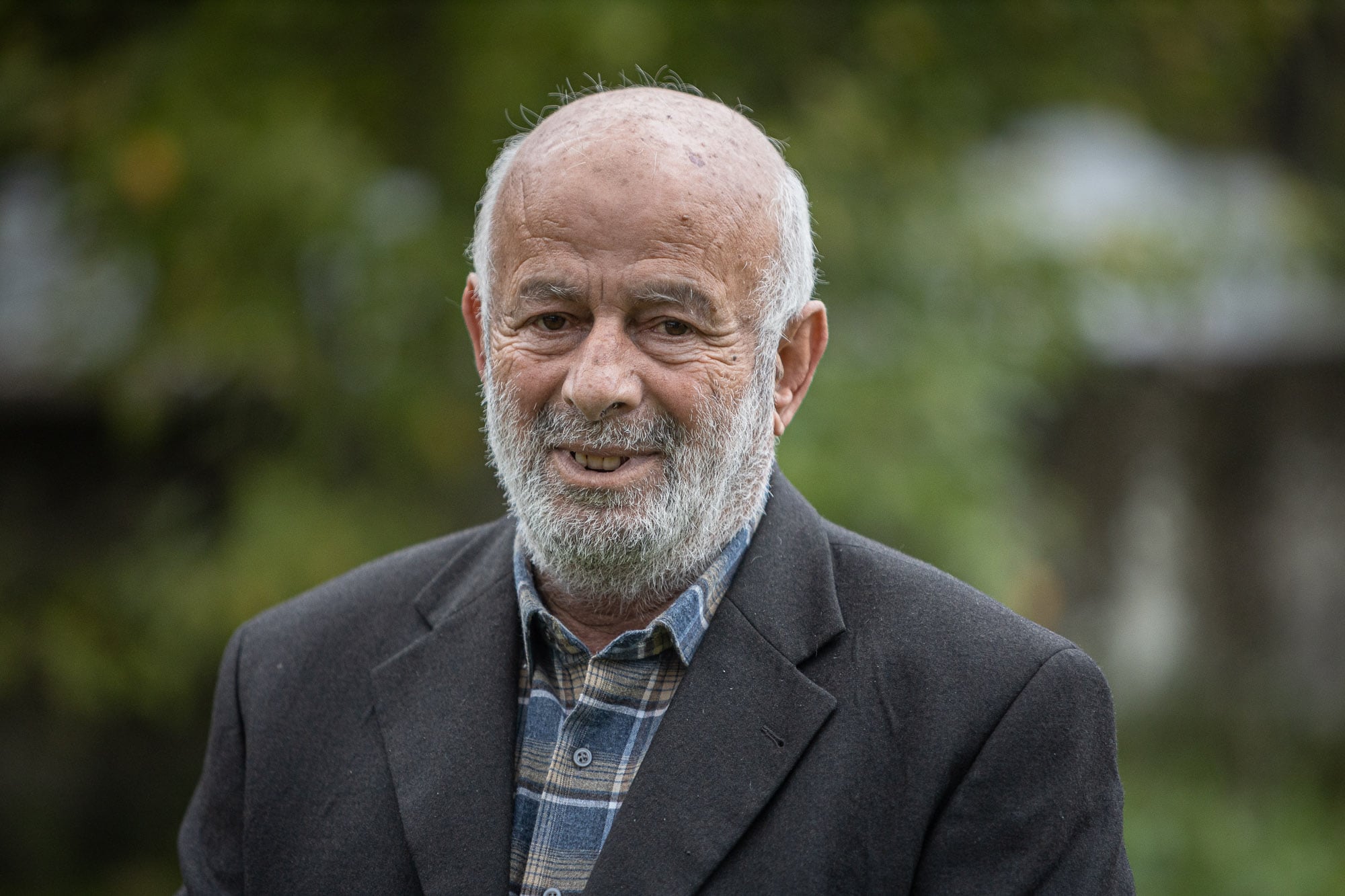 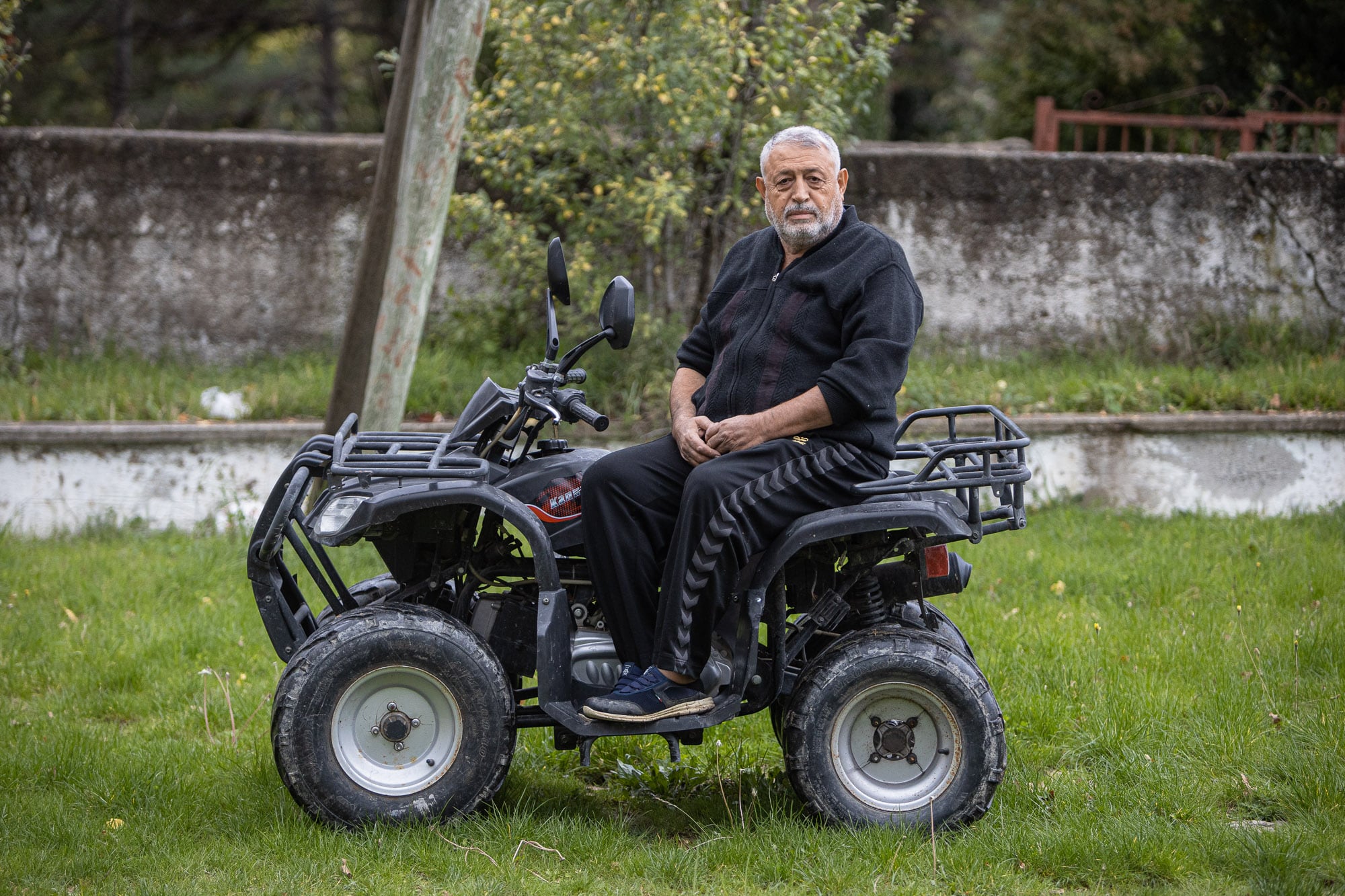 Could have played ping pong or foosball: 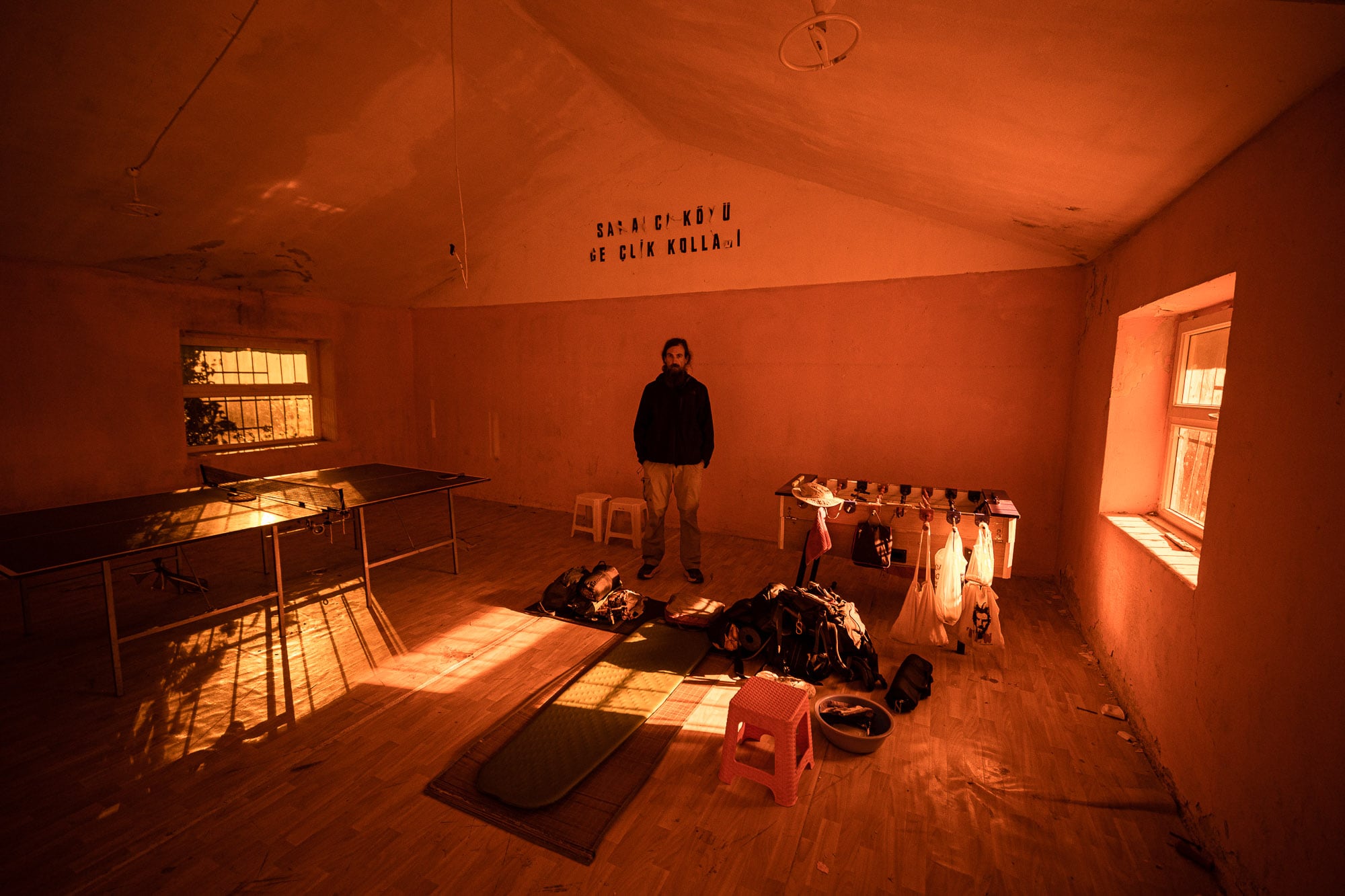 Day 1530
from Catalzeytin to Samanci