This post is about a 13km walk from Türkeli to Catalzeytin. It rained so heavily that I did something I rarely ever do – I turned around.

Sinan’s guesthouse was booked today, so I couldn’t stay. This was bad because I needed to rest, and because I would have liked to spend more time with the Austrian.

But it was especially bad because of the weather forecast.

no room in fork olive

The rain that everyone had been expecting for two days was supposed to come down today around noon. And it was supposed to be heavy. I didn’t want to be outside when that happened, so I decided to try my luck in the next town. It was called Çatalzeytin, which literally meant “fork olive”, so I figured it should be fun.

The way to Fork Olive was short and easy. I ran into some guys cutting lumber down by the sea. One of them, his name was Mehmet, told me that a bunch of large trees had been swept down during the flood. Now they were cutting them up. But they would leave in an hour, because of the rain that was coming. Hadn’t I heard about the rain? It was going to be bad.

When I arrived in Catalzeytin, I tried two hotels, a guesthouse, and the Teachers’ House. All of them were booked. Someone tried to explain the situation to me, but he spoke in Turkish, so I’m not sure if I got it right. Apparently, they were all booked because they were housing flood victims.

the difficulty of going back

I was still outside when it came down, and it really did come down heavily. With nowhere to go I asked a lady if I could take shelter in her carport. It was open from two sides, but it was better than nothing. I sat there for a while, pondering my options. Then I decided that I could at least try to get a warm meal.

So I did something I almost never do: I walked back – if only for a few hundred meters. I found a restaurant that had fries. So I devoured the fries. They also had sütlaç, a sort of rice pudding. I love sütlaç, so I devoured that, too. Then I sat there, drinking tea and wondering where the hell I should go.

The restaurant was almost empty. At some point a young man came in. He introduced himself as a musician who was supposed to play a live show at the restaurant a bit later. I asked him if he knew anyone who might have a garage where I could find shelter from the rain.

He said come with me, and m we walked through the rain for a little while. Again I was going backwards on my own way, but I didn’t care anymore.

We were both soaked when we reached a grey apartment block. He told me to park the Caboose. Then he covered her in plastic, and we went up to his apartment. There, he showed me the couch and gave me the key. He had to go back to the restaurant to play his show.

His name was Mecit, and he had a YouTube channel. 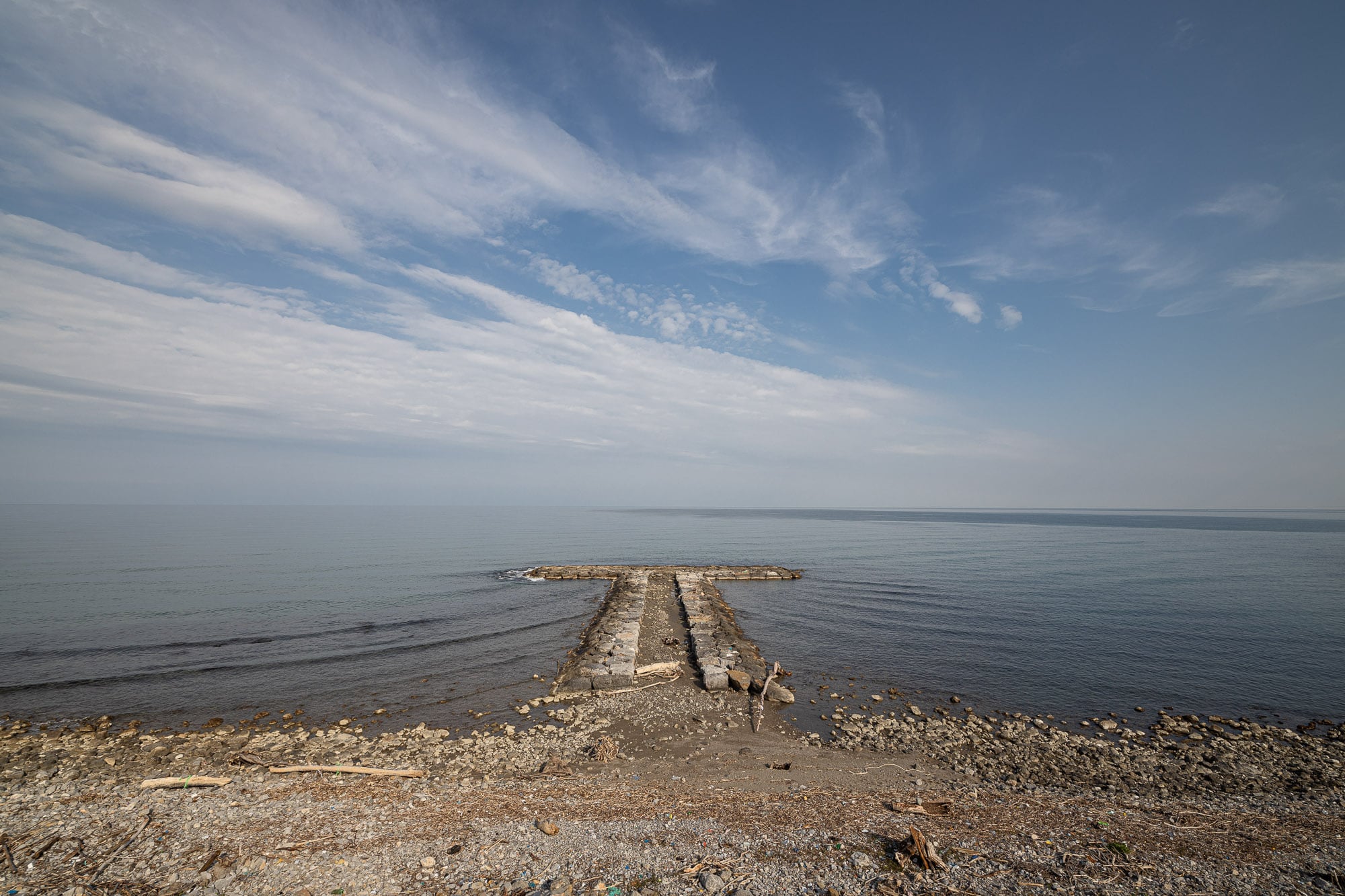 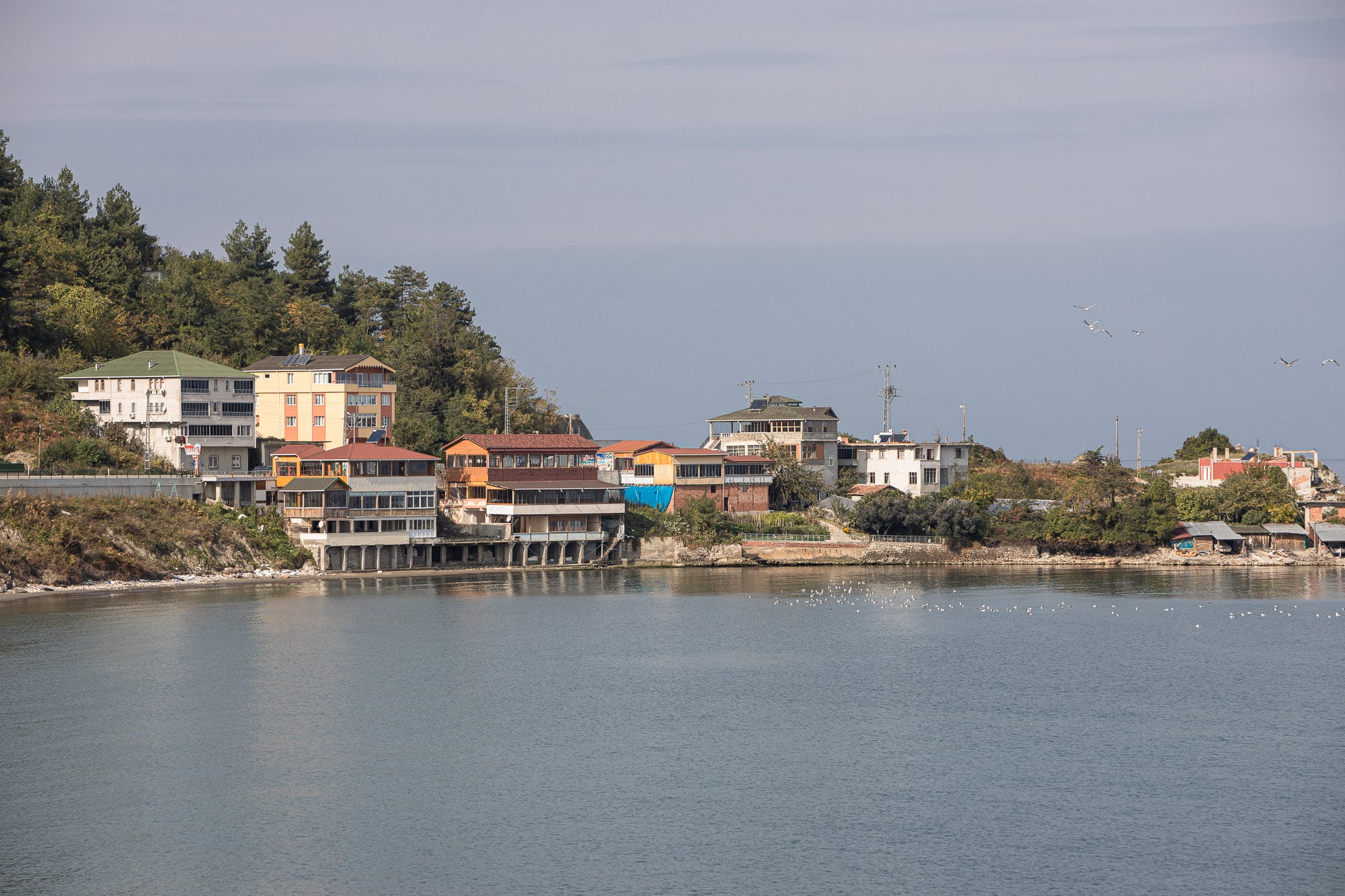 Rock in the Black Sea near Türkeli: 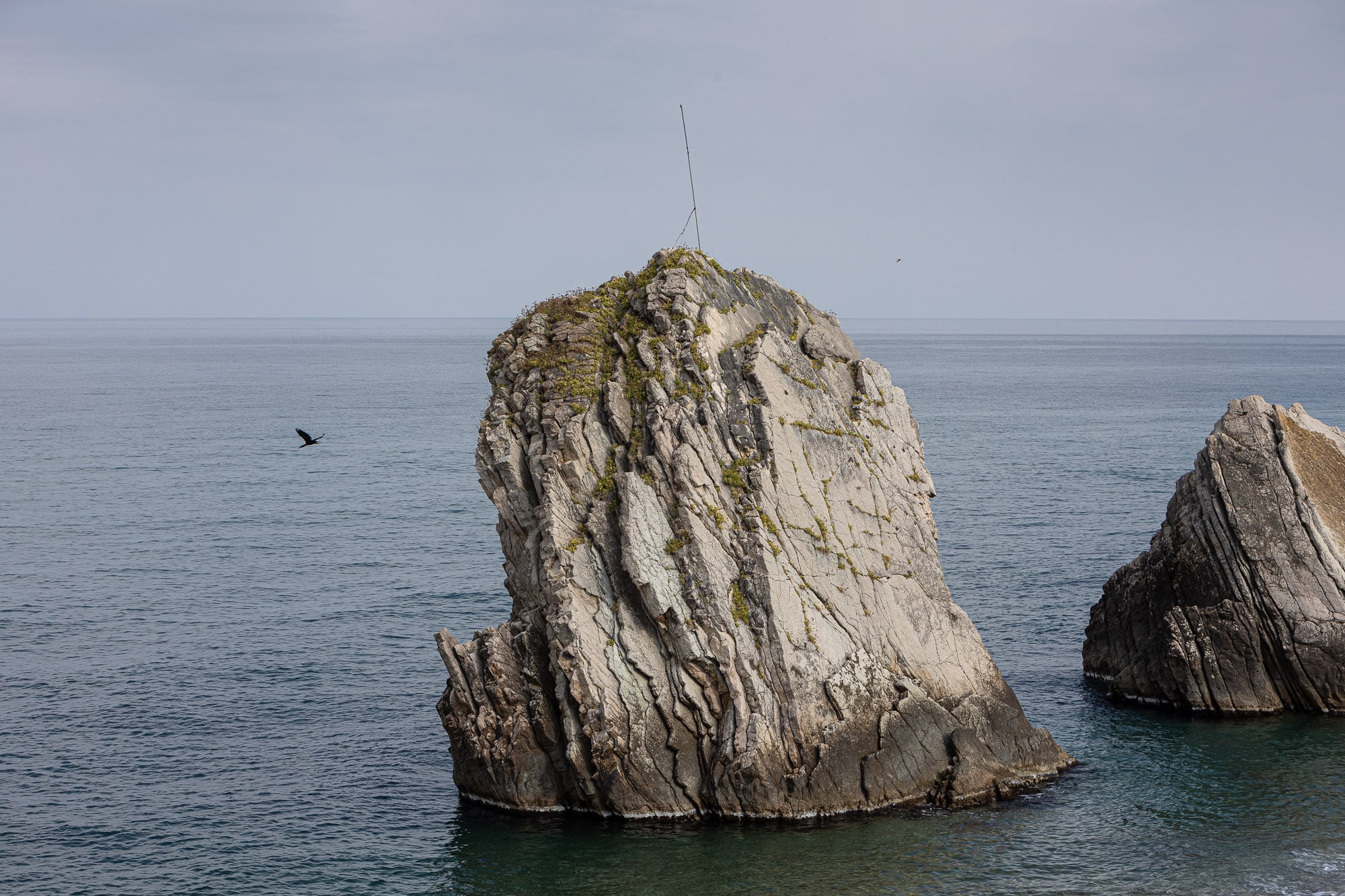 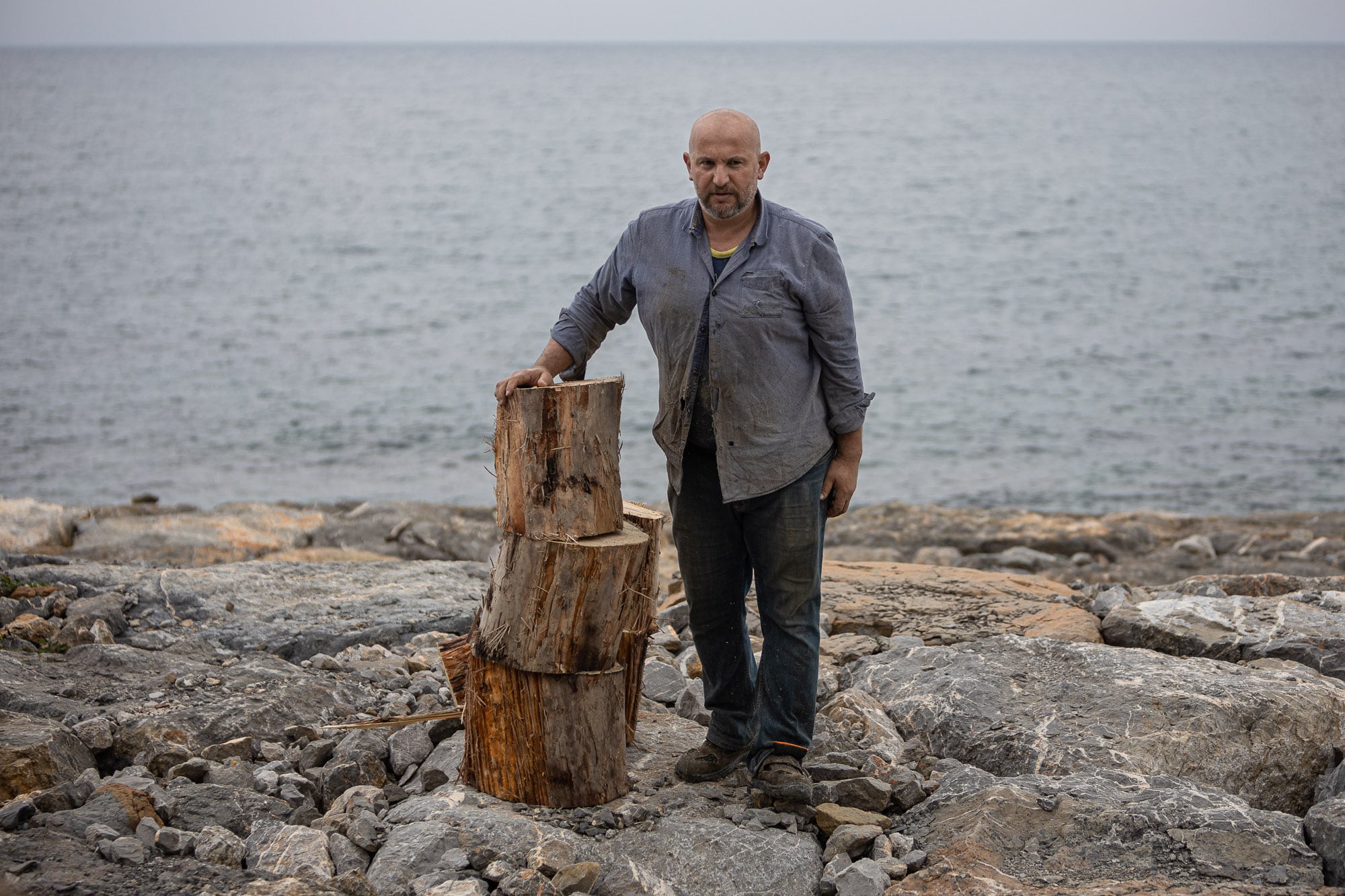 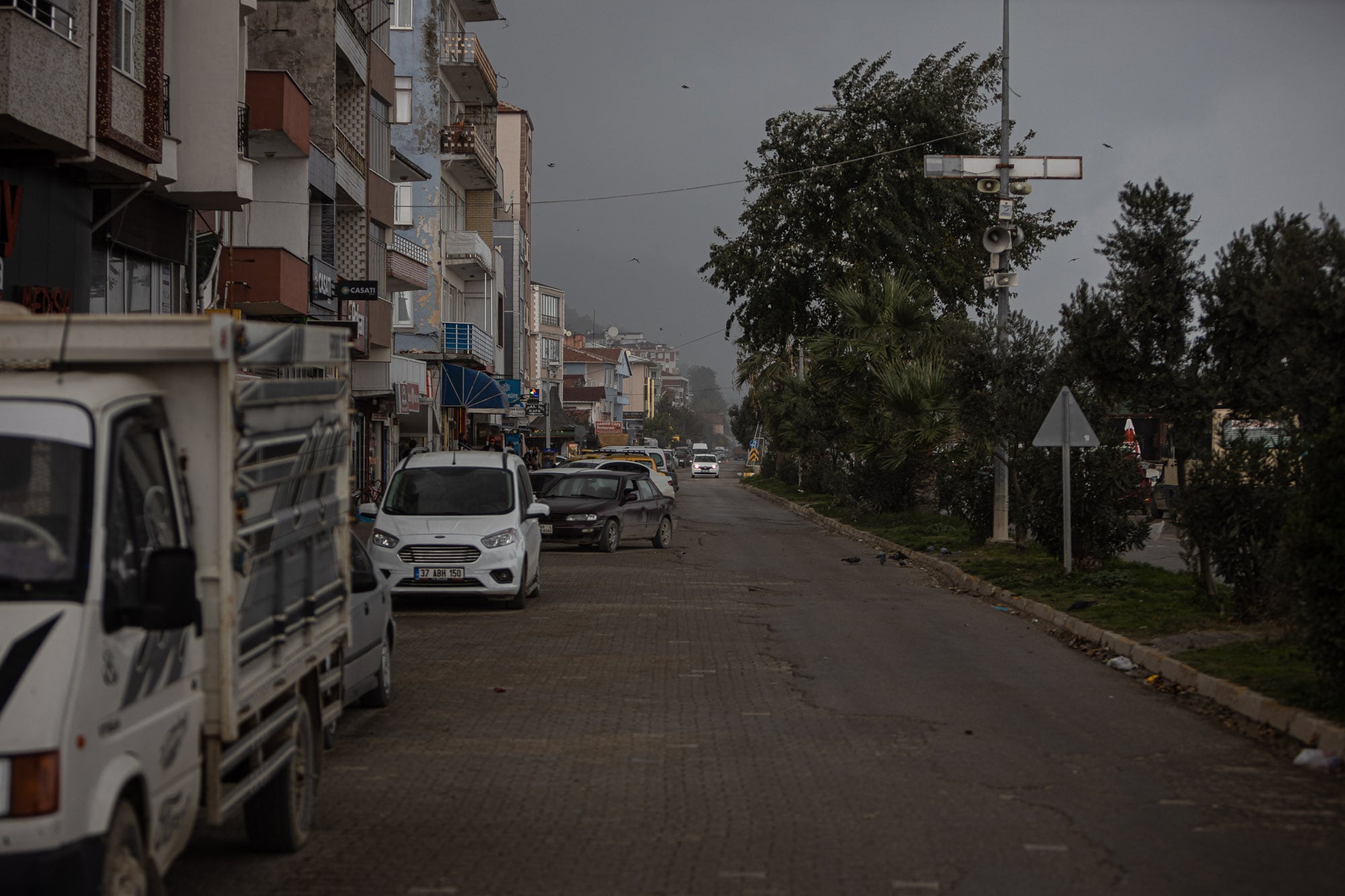 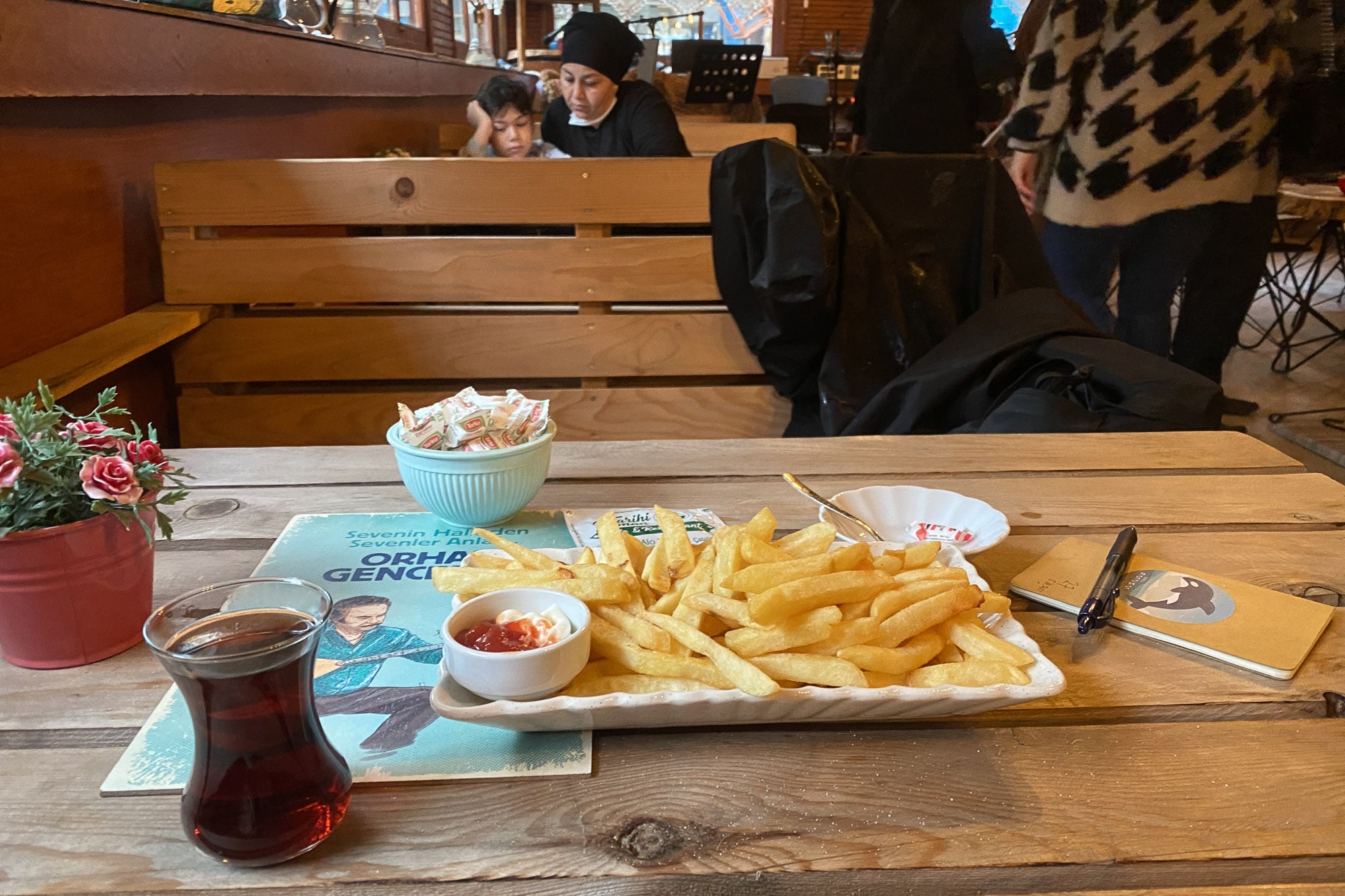 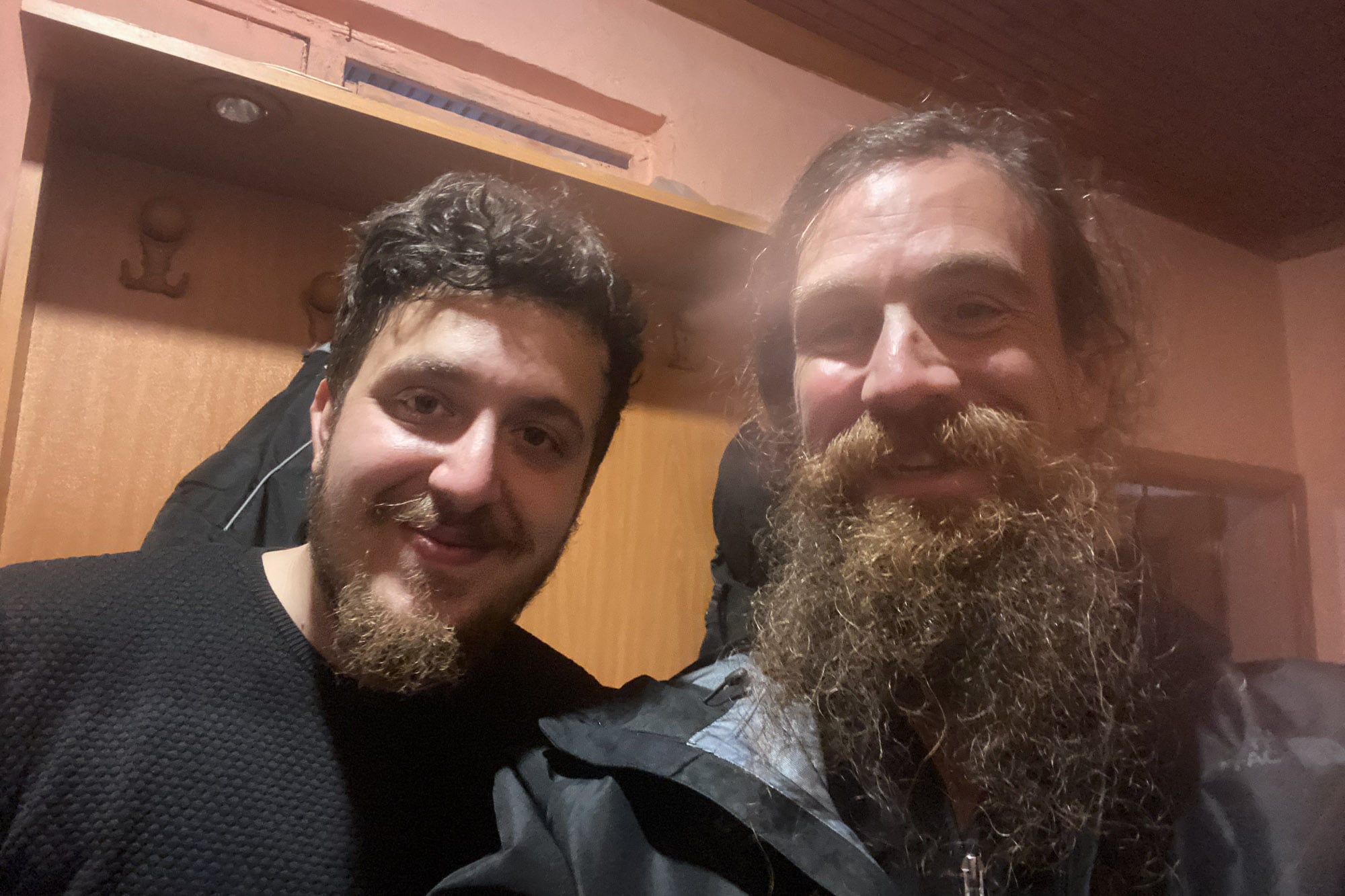 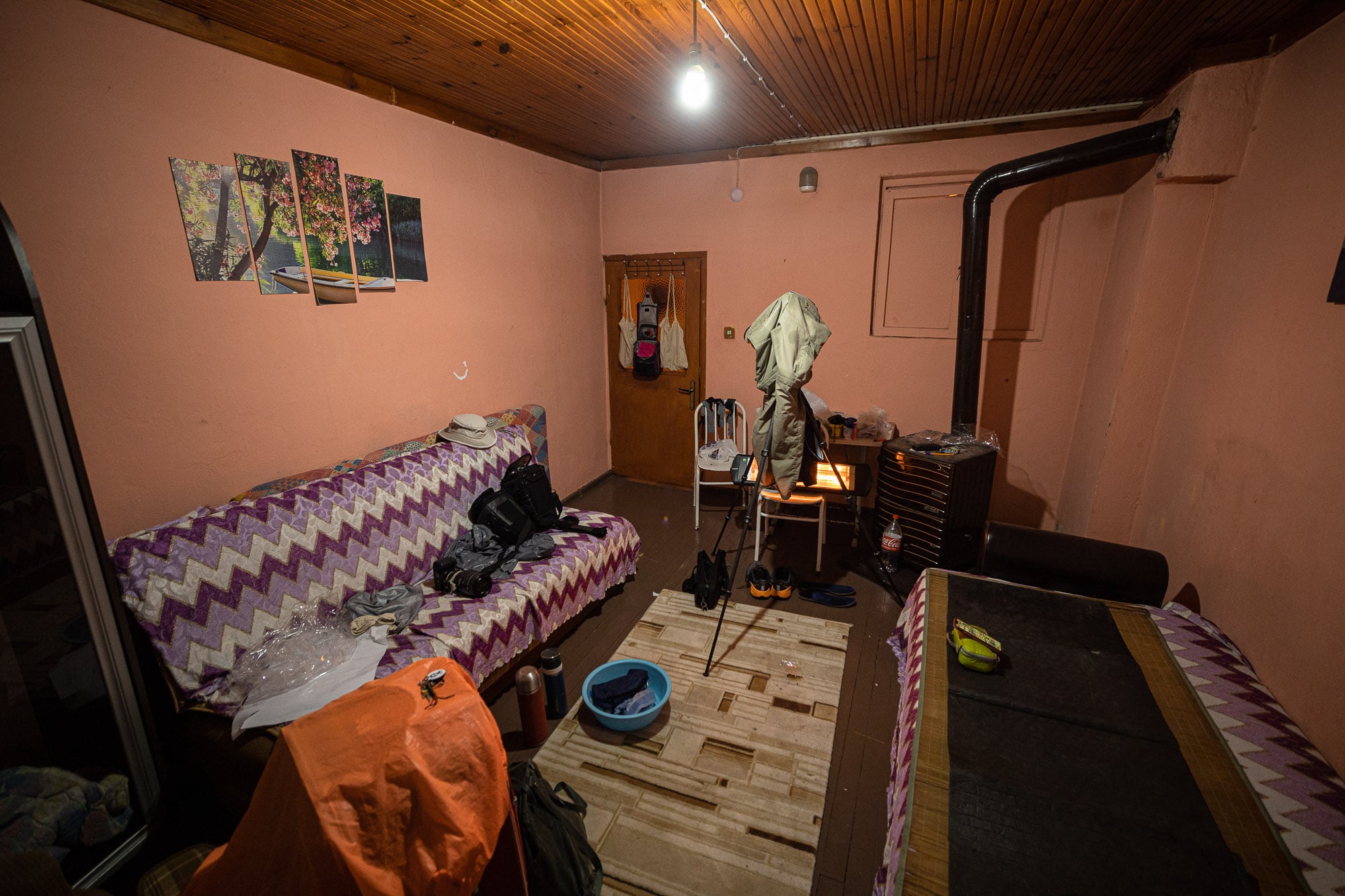 Safe from the rain: 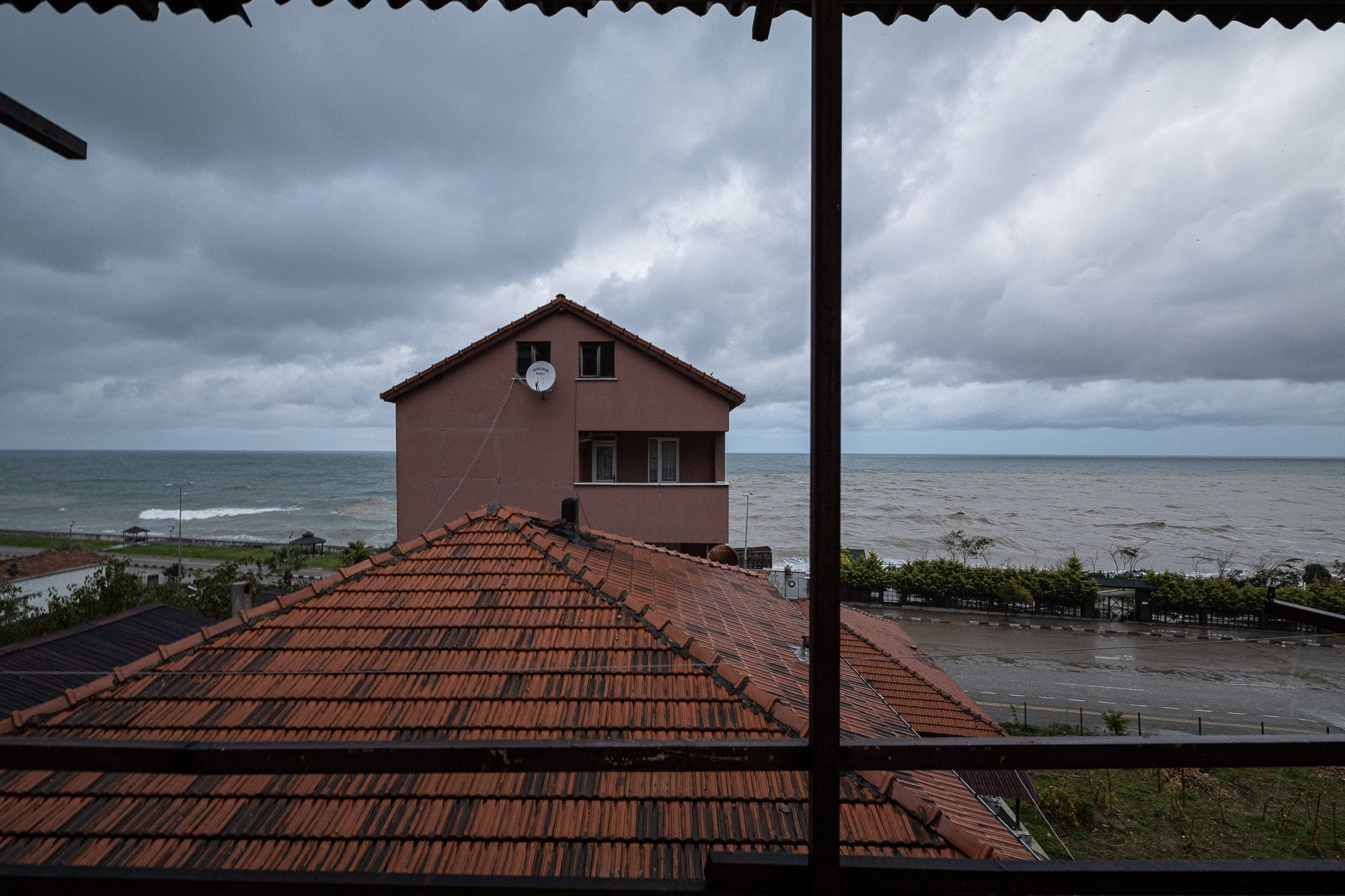