When I was about to return to Tbilisi from Frankfurt, I felt nervous. Would my luggage be overweight? Had I forgotten anything important? Would I be able to catch my connecting flight? And, most importantly: would the cats still recognize me?

A friend had been taking care of the apartment and of the cats for me. When I opened the door, they were all there, and everything felt just like before. The cats barely looked at me, just as if I had never left. I lay down on the couch, and Toto came to me first: 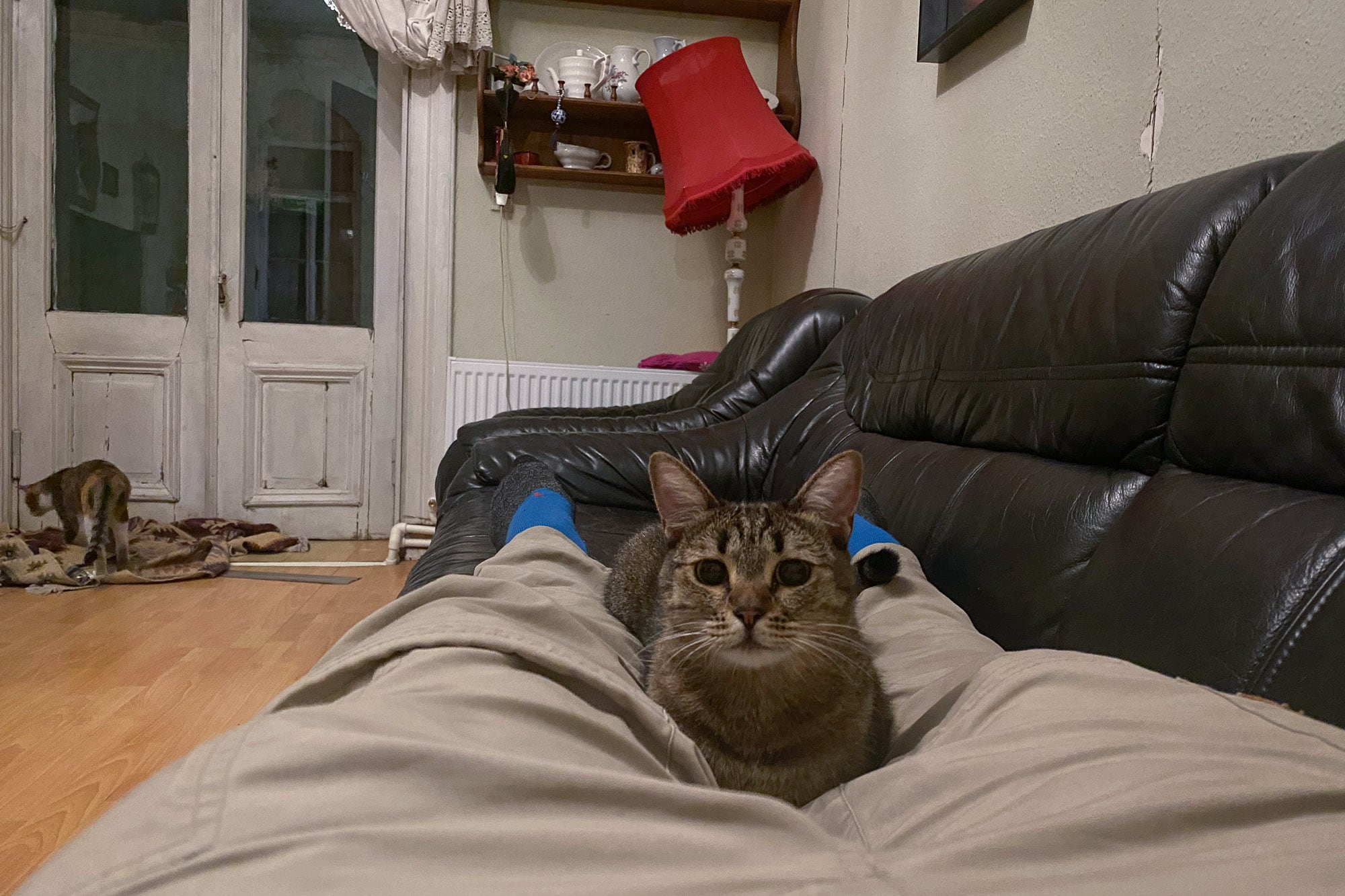 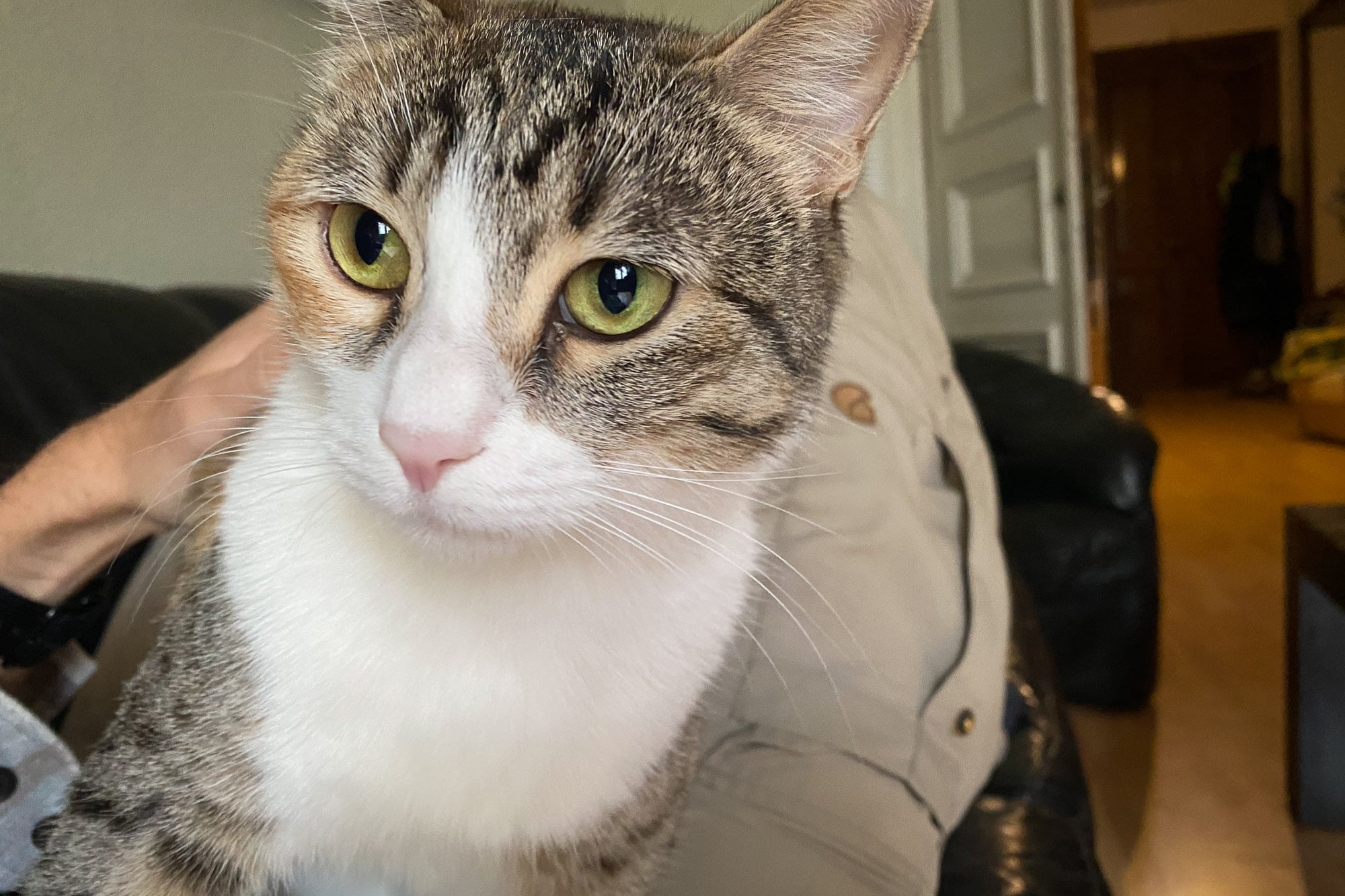 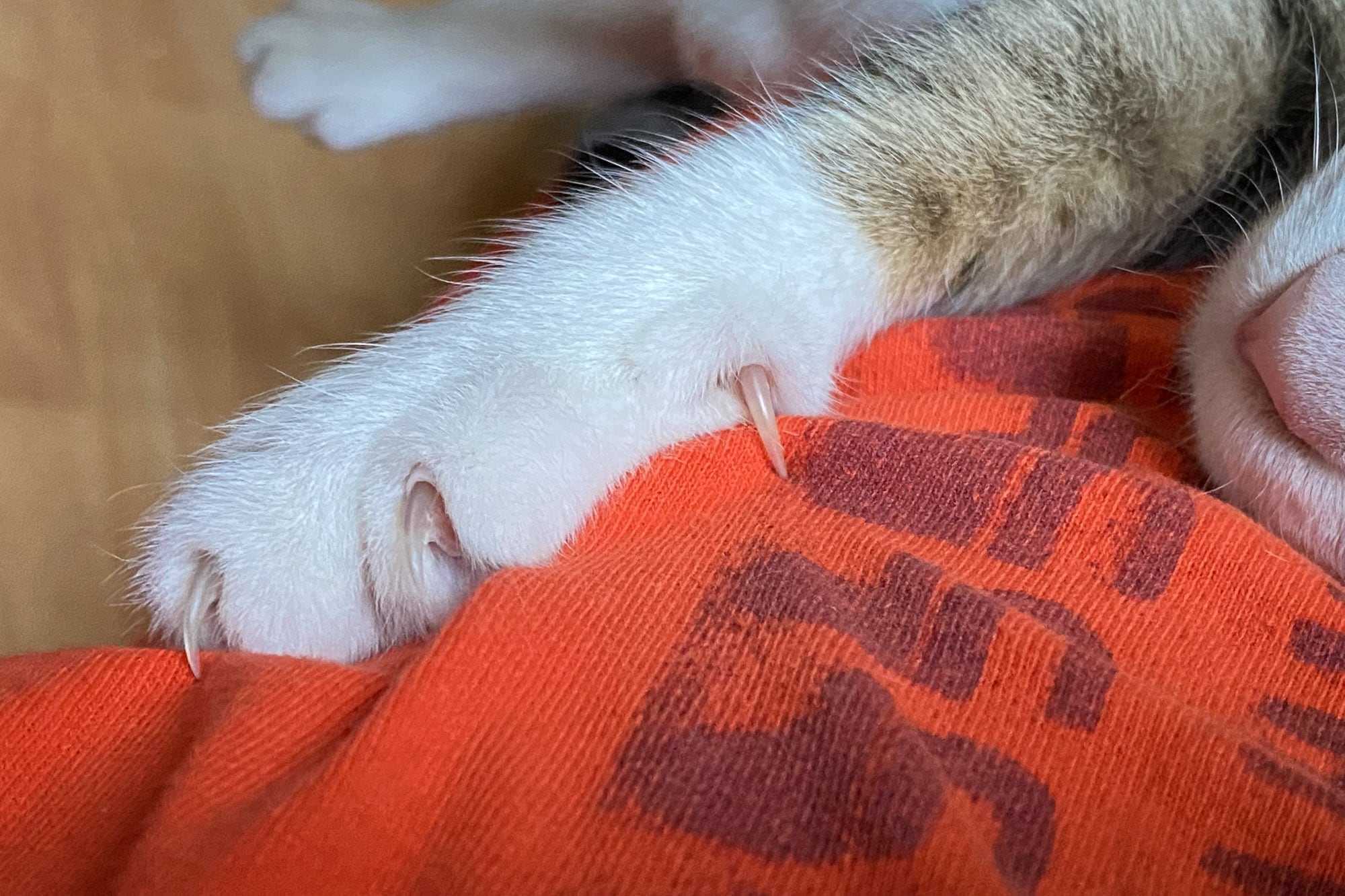 And even though Coco can be a bit grumpy sometimes, he just wouldn’t let go.

I went to feed Gogita Gogidze in the evening. She was still in her yard, and she had a new colleague called Strudel: 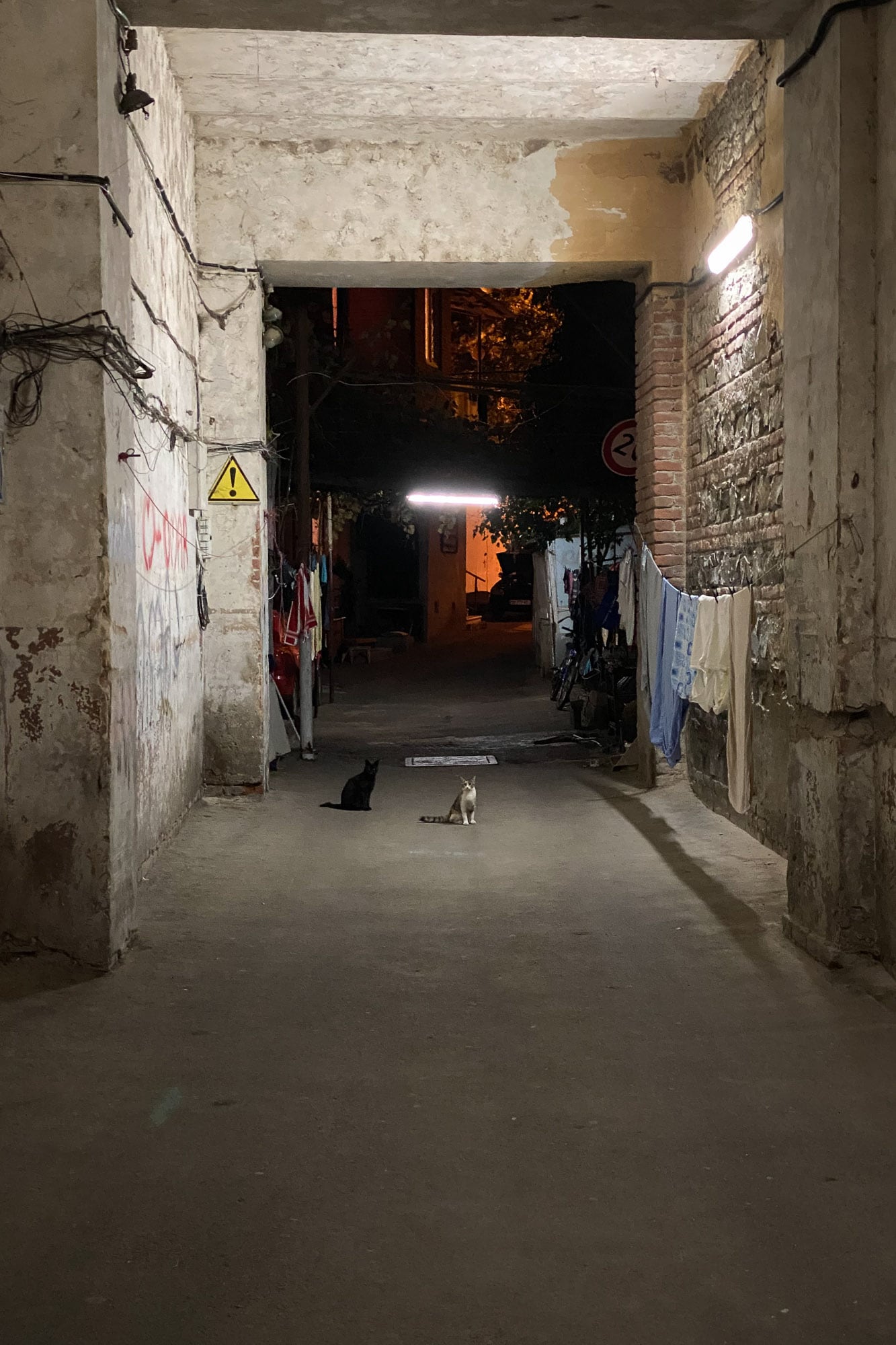 Strudel is about five months old, and she has a brother called Misha. Strudel and Misha, cats from Tbilisi. 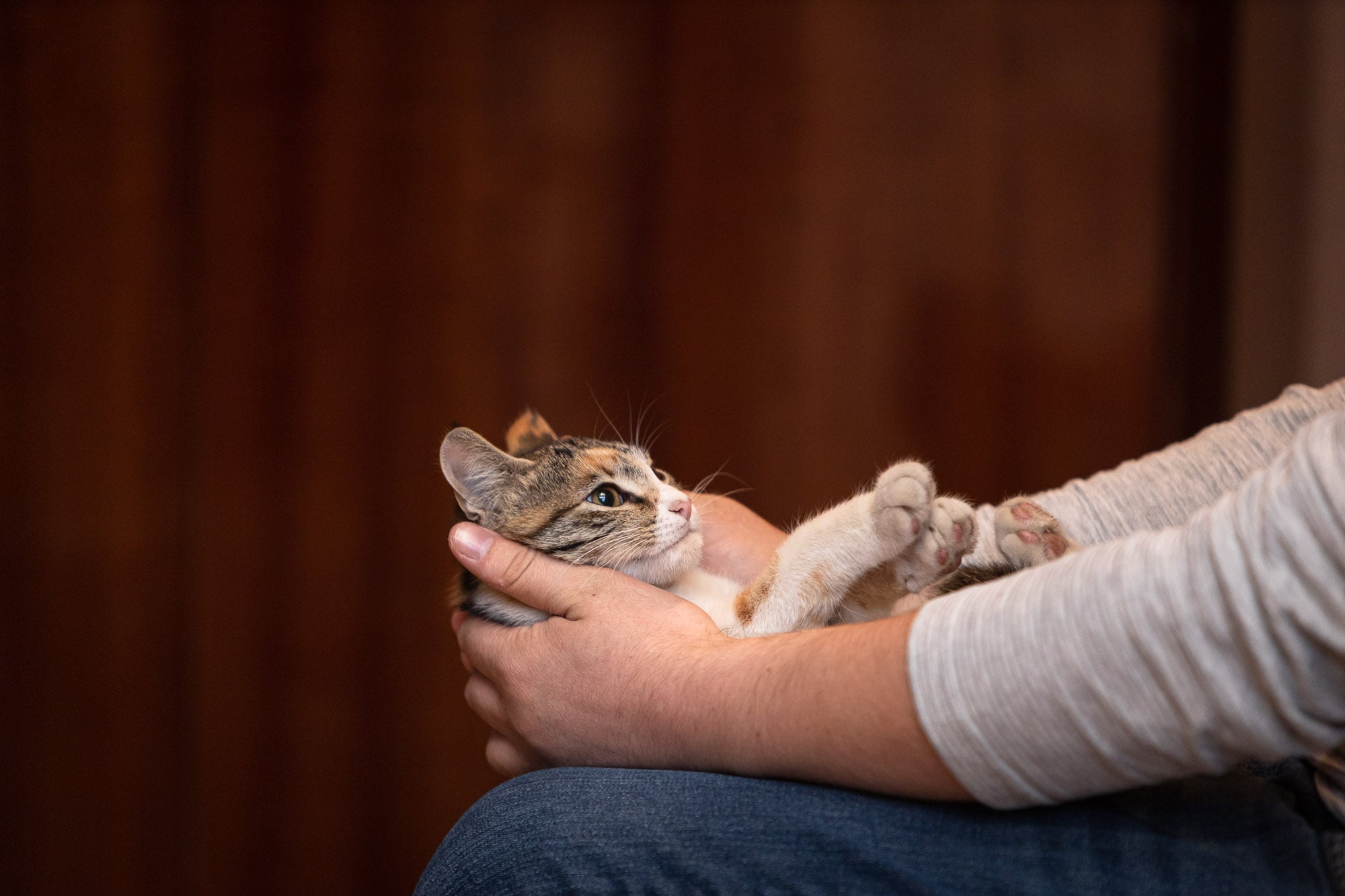 She is very well-behaved and friendly. Gets along well with everybody. Loves people. 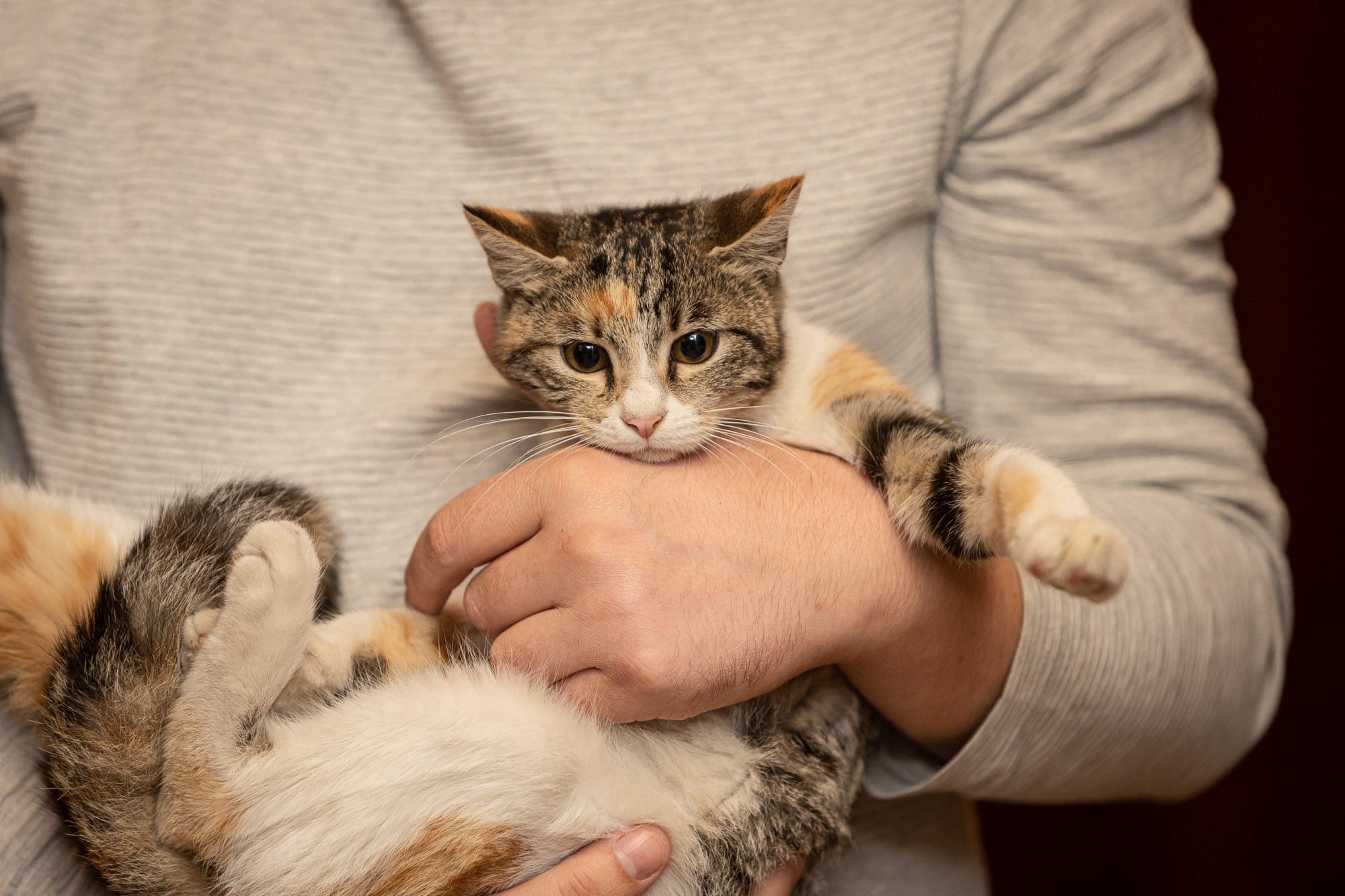 I think of her as a kind of low-fat Gogra.

And this is Misha: 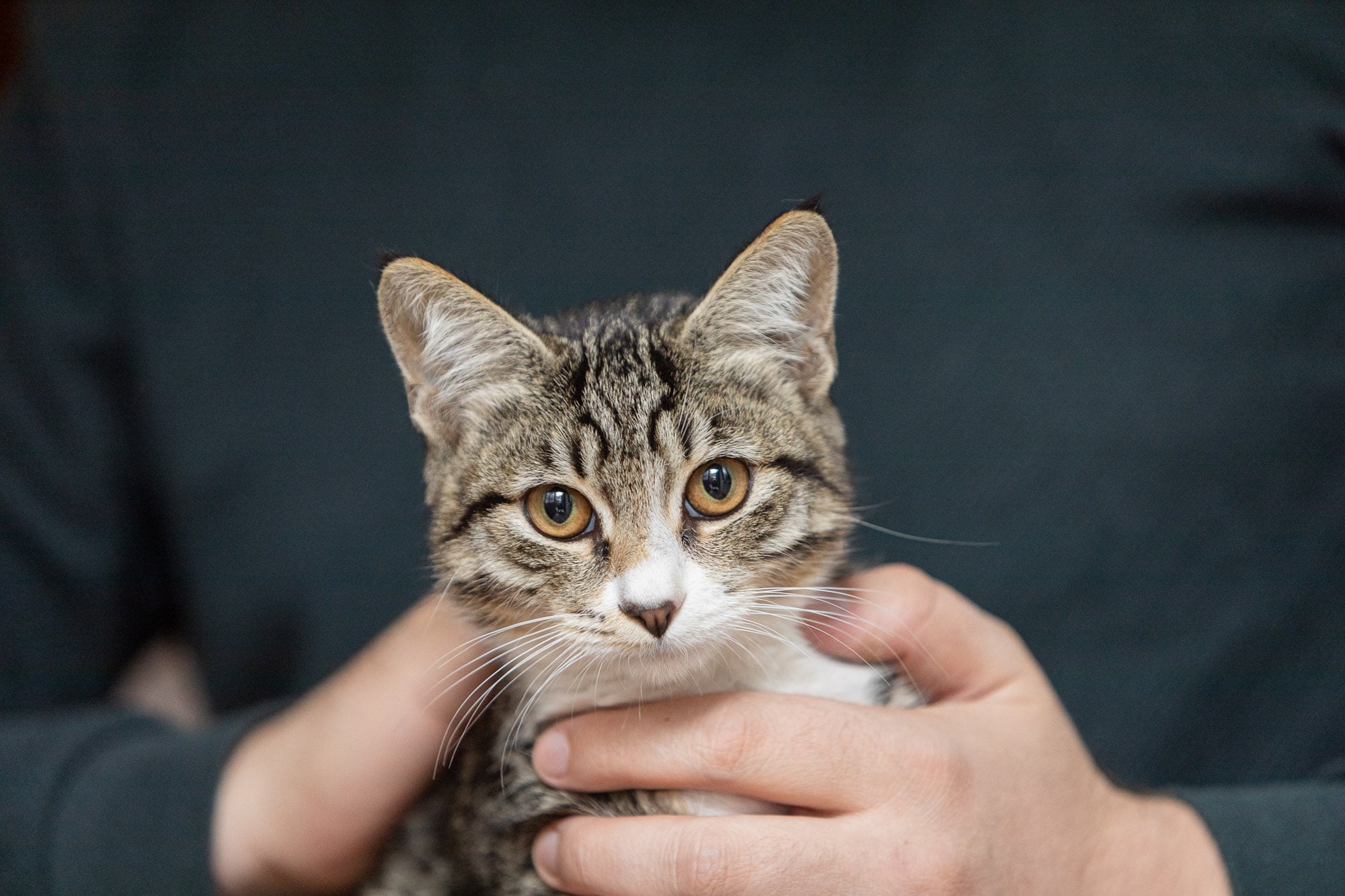 He shares his name with Saakashvili, the former President of Georgia who just returned to the country after an eight-year absence and was promptly arrested. There are pictures of him smiling in handcuffs. Of former President Saakashvili, that is, not of our Misha. Our Misha is an energetic little shit who likes to climb and taste things. And he does NOT like being arrested: 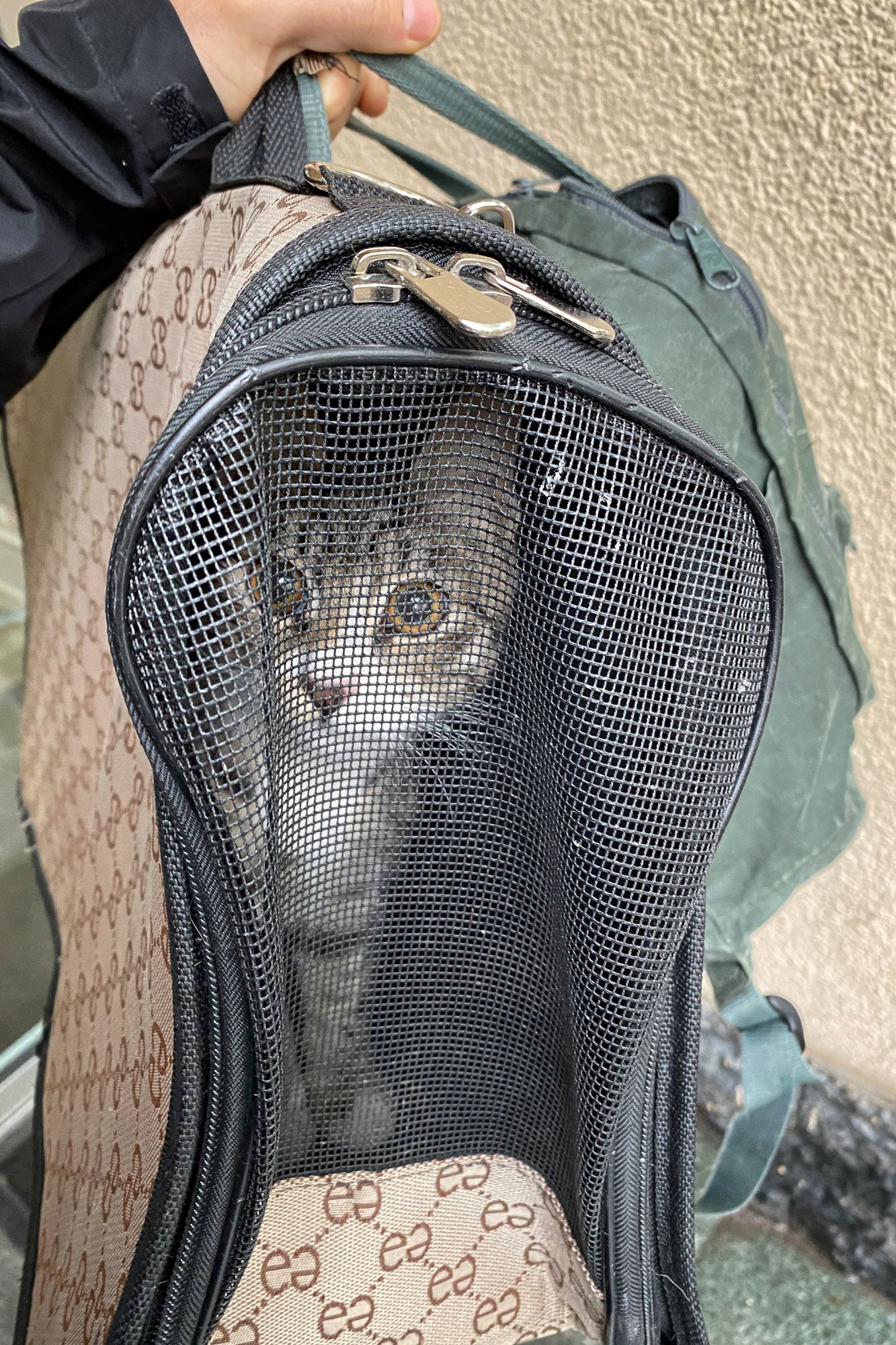 We are currently trying to find new owners for both Strudel and Misha. So if you know anyone in Tbilisi who would like to adopt one or two perfect little kittehs, let me know.