When Babua finally decided that it was time to go I mustered all my strength. and then I gently placed him in his carrying case. We took a taxi to the vet. It was a warm day, and there wasn’t a cloud in the sky.

The vet, noticing that it was a bit difficult for me, asked if I wanted to wait outside. I shook my head, and I held Babua’s paw until it was over. When I picked up his carrying case I noticed how light it was without him in it. I decided to walk home, but I had to stop here and there, leaving tear drops along the way. 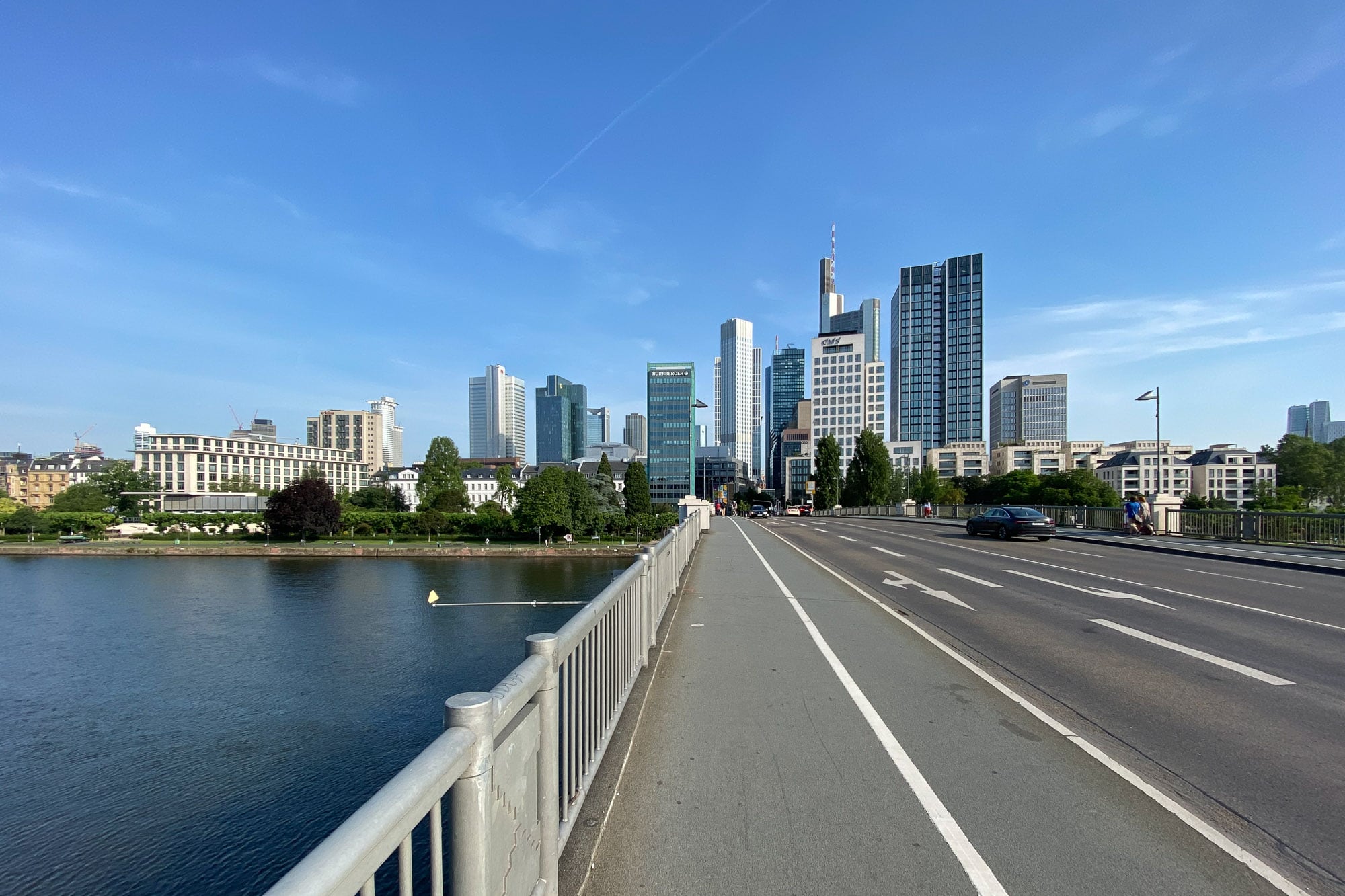 I came to take care of a few things.

Of course the first thing I did when I got here was call around until I got an appointment to get vaccinated against Covid-19: 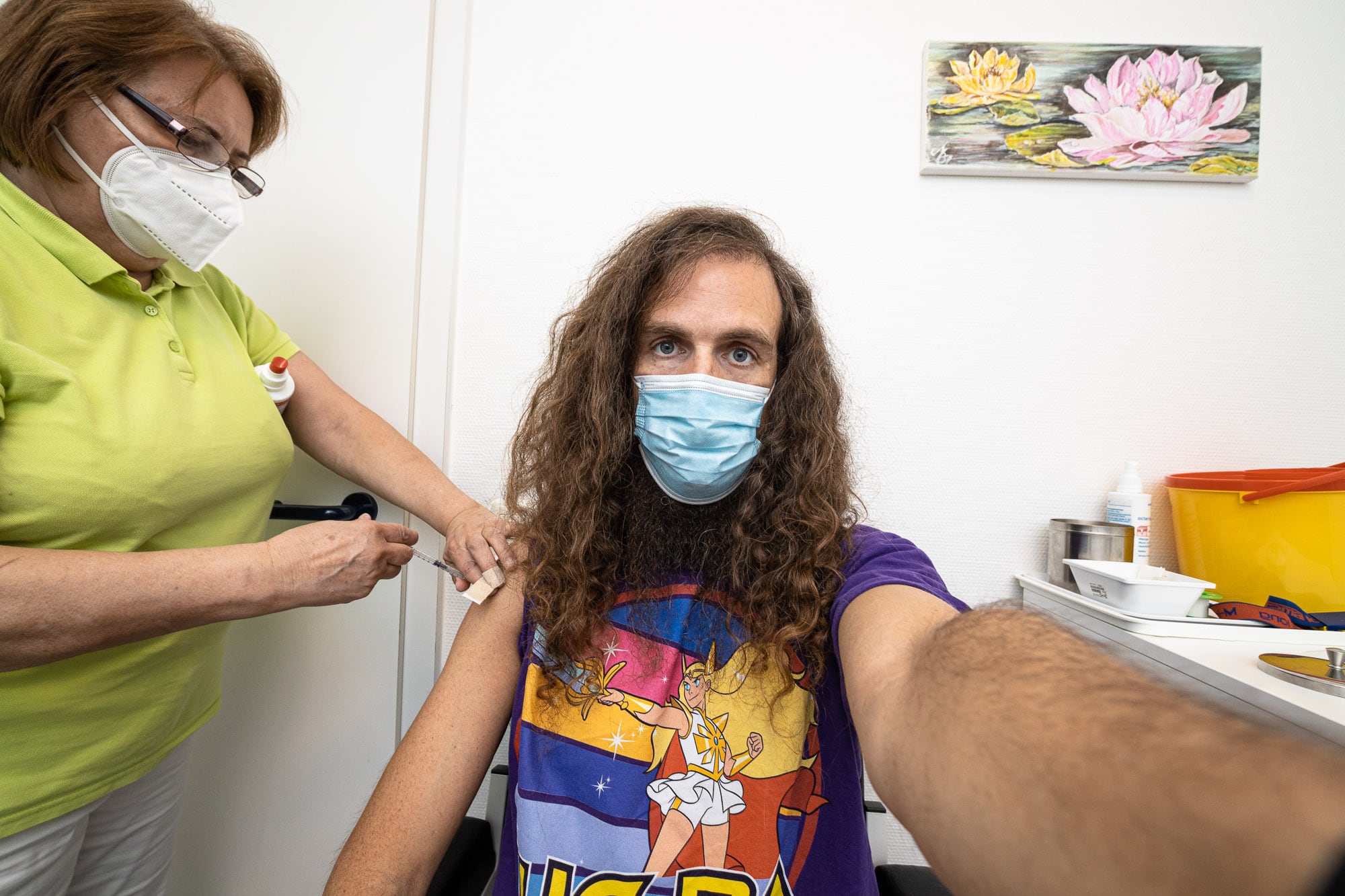 This is a thing that everyone should do if they can.

Then I visited my grandparents – who are also vaccinated, just like all my friends and family. One time I went for a walk in a forest near their home. And for a moment it almost felt as if I was somewhere out there, adding a bit to : 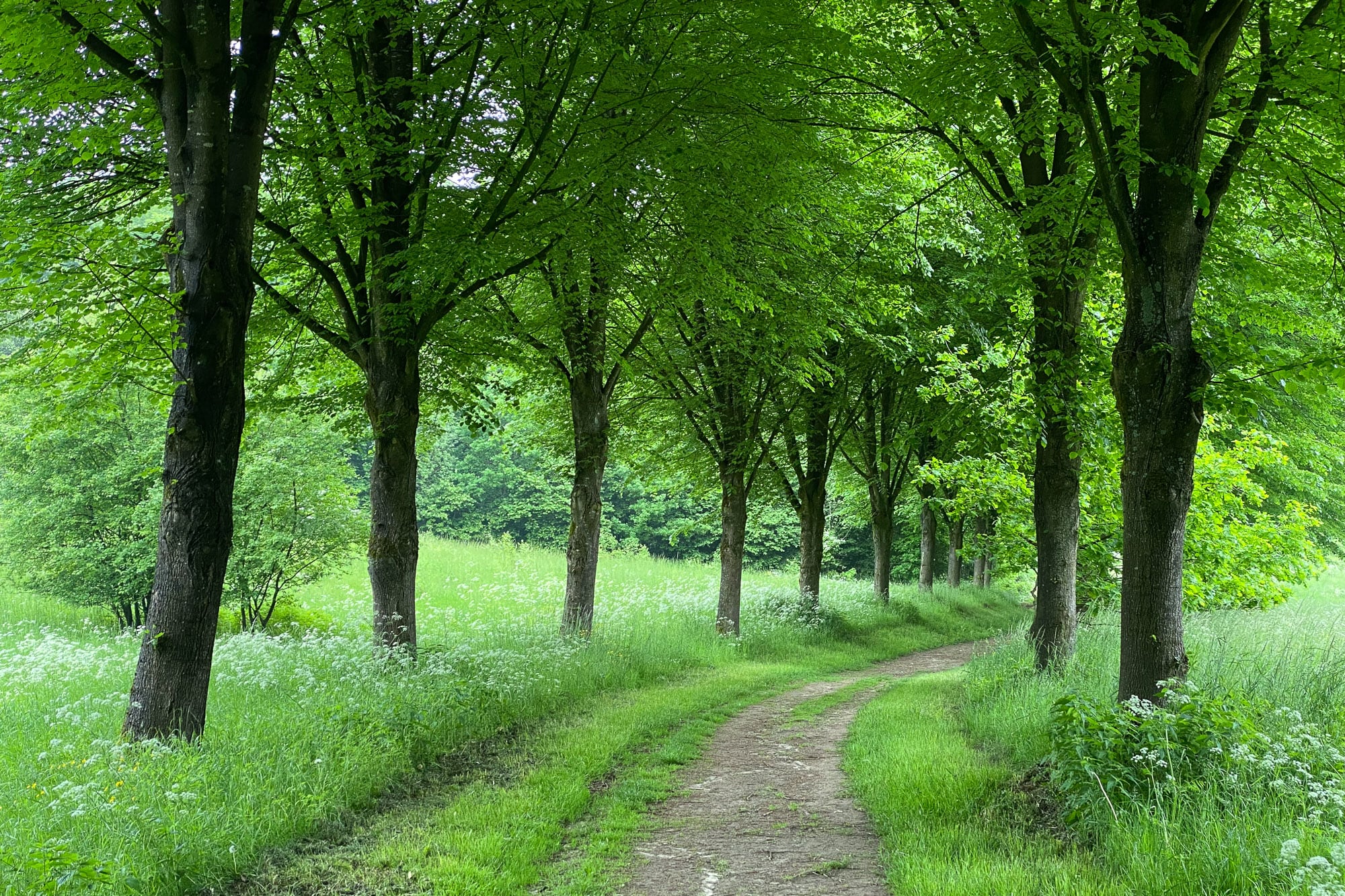 Being in Frankfurt was a bit weird at first, but I liked the feeling that some things were going forward. I had come because both my physical therapist and my therapist were located there, and so I spent quite a bit of time walking around under the tall buildings: 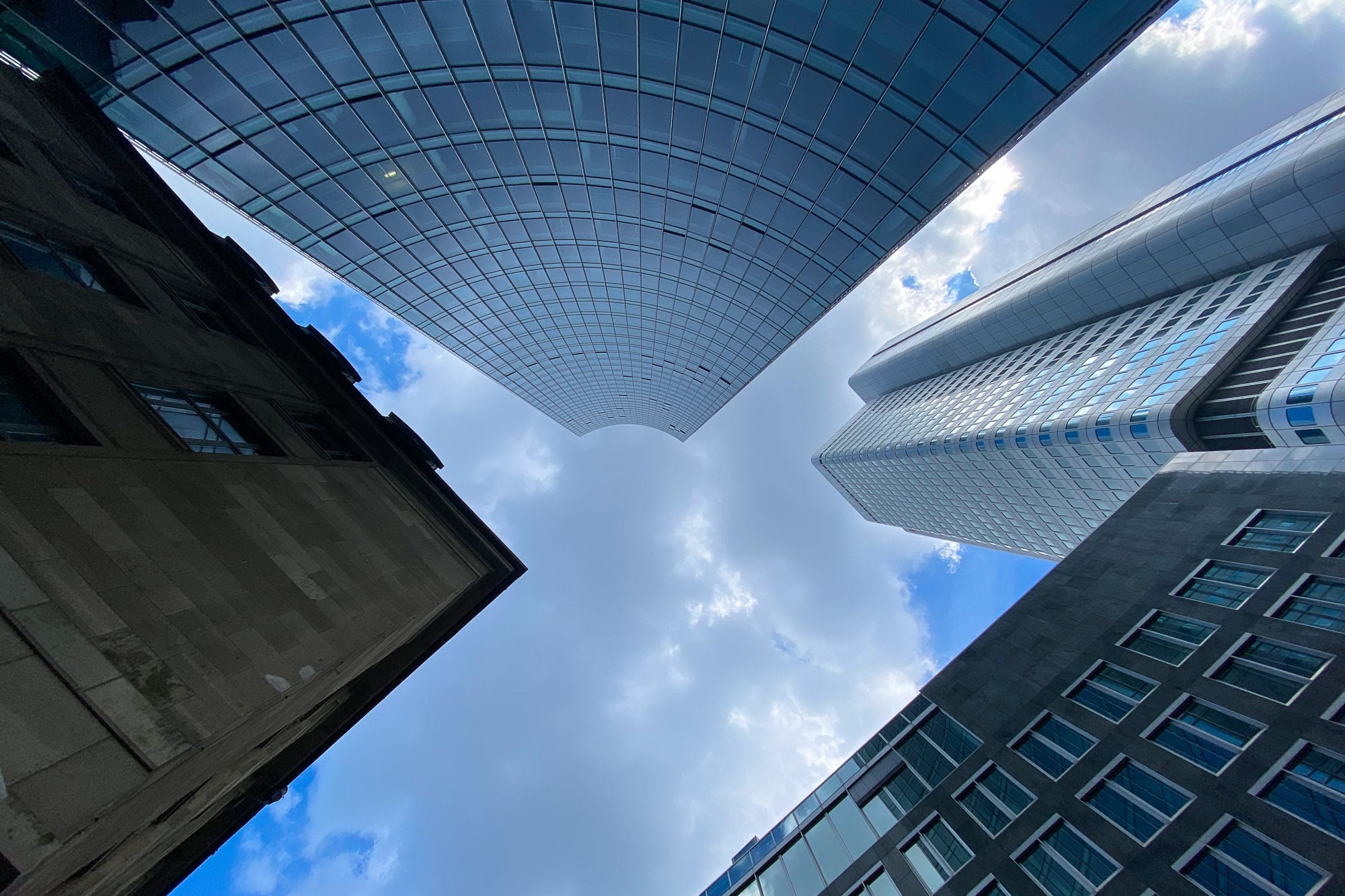 I lived on Taunusstraße, though. If you don’t know this place, let me illustrate it for you:

One day, as I was waiting for a friend outside of my apartment (which is nice on the inside), I noticed two men in their thirties getting ready to smoke crack in front of my door. They were sitting on a scooter, their clothes looked clean, and one of them wore glasses.

When the one without glasses noticed me looking at them, he got an apologetic look on his face and asked me: “Sorry, did you want to use this scooter?”

No, I answered, I just live here.

“Oh, I’m sorry to hear that,” he said, shaking his head, “I imagine it to be difficult.”

Actually, the apartment is nice on the inside, I told him. I just feel bad for the people out here.

He nodded, then he said: “I was clean for six years. Just started doing it again last year.”

“That, too,” he said, again with a shake of his head, and then his friend lit up their crack pipe, and our conversation naturally ended.

The streets around here see so much tragedy, and I don’t think the government is doing much about it at all. 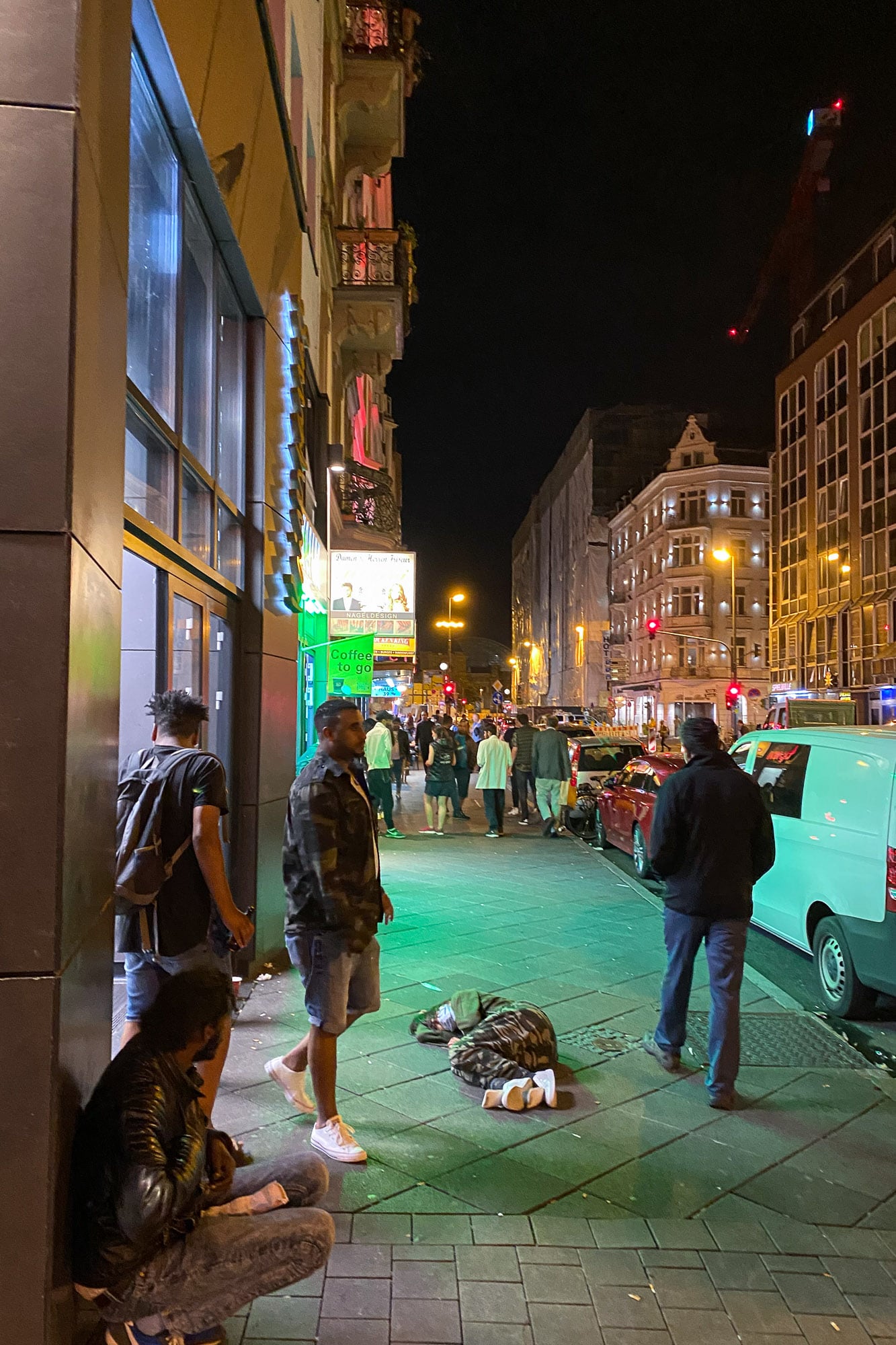 I’m privileged, though. I’ve been here (in the apartment that is nice on the inside) for three months now, and I think I’ve done most of the things that I came here to do. I’ve actually gained a bit of weight because I’ve been eating so well.

At one point I bought a little plastic cat that looks like Gogra: 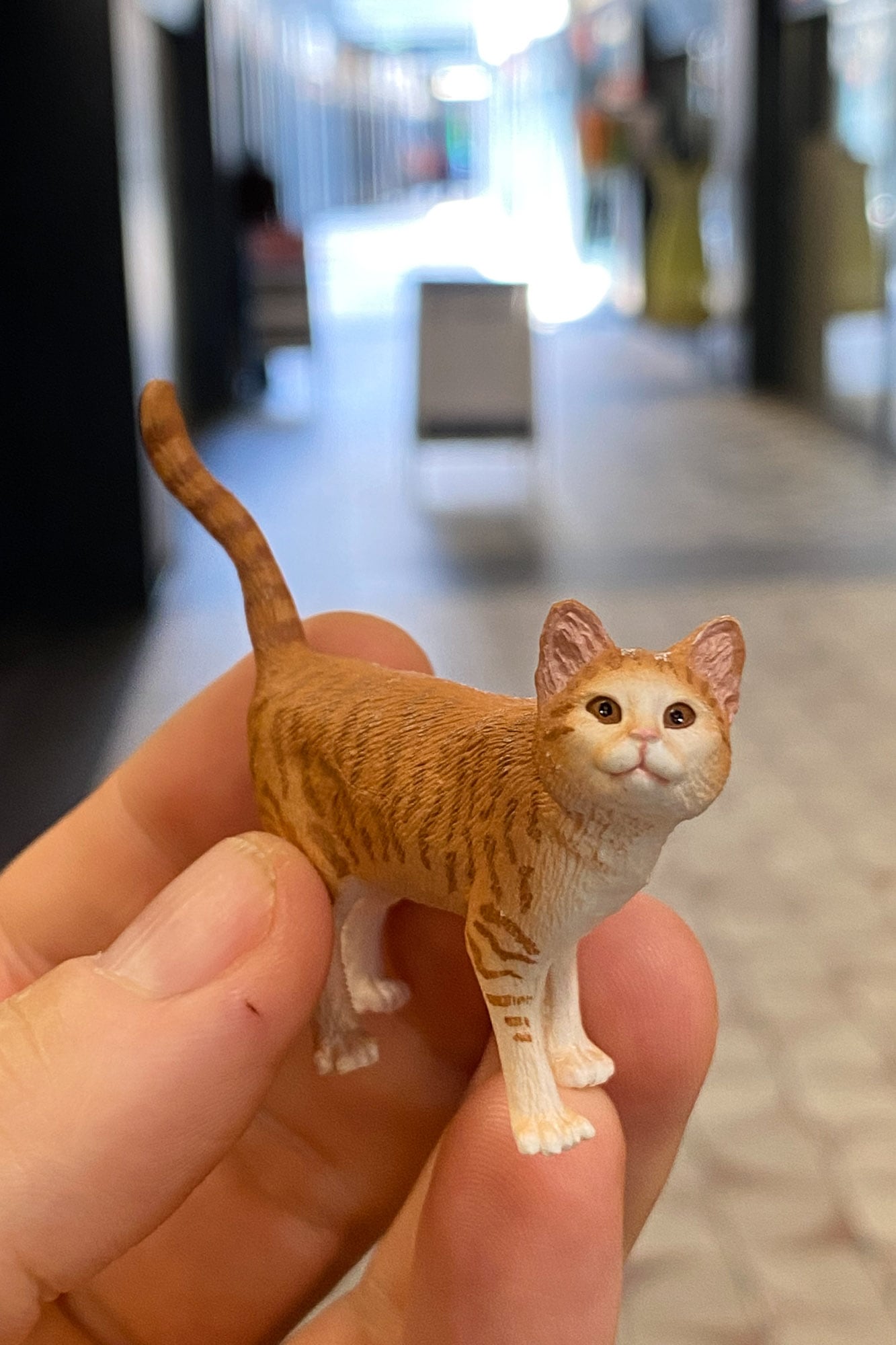 Yes, I miss them.

Oh, and I went to the Städel-Museum, which has an Yves Klein that I couldn’t forget since a visit almost twenty years earlier: 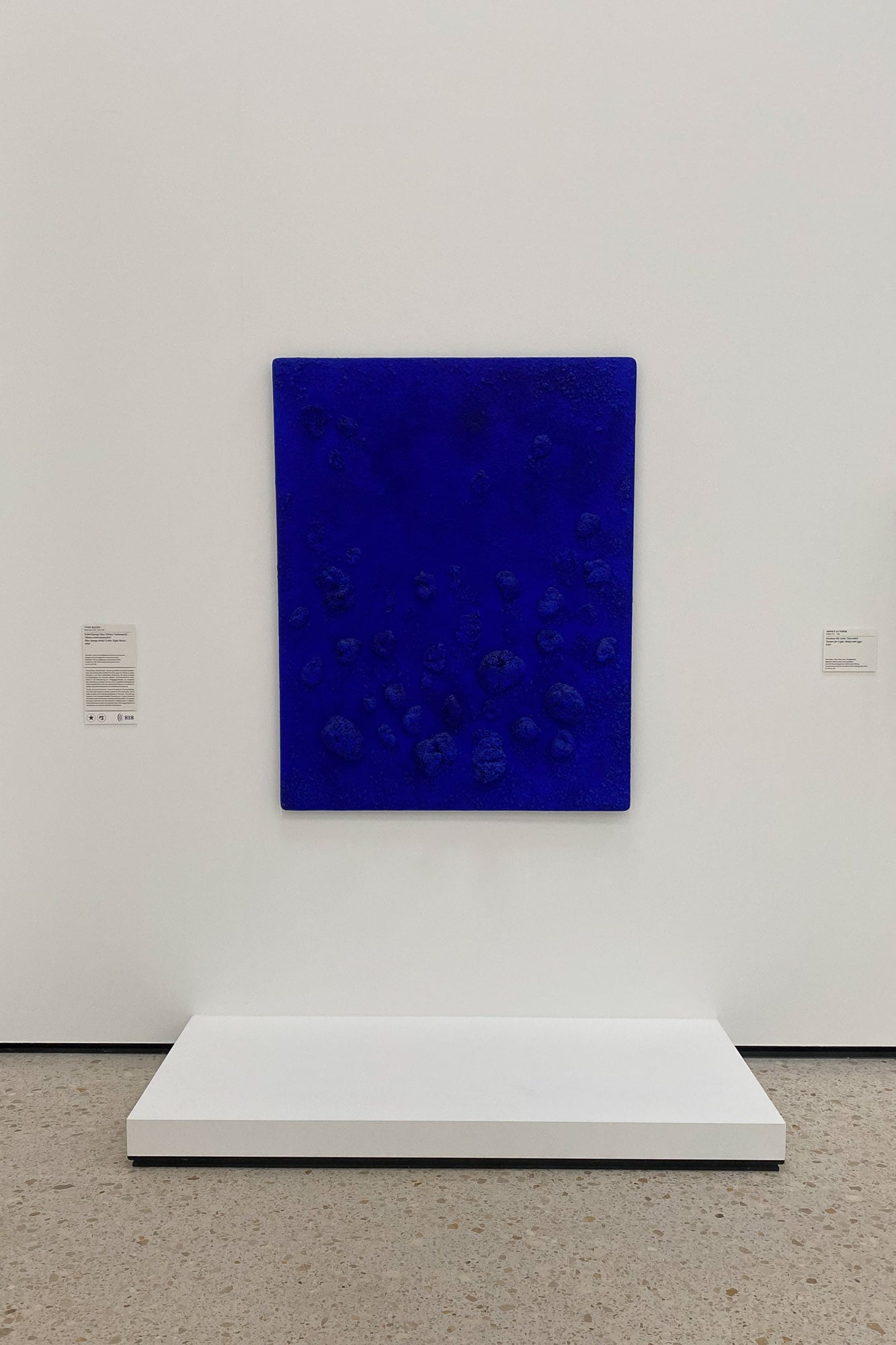 It’s called “Sponge Relief” (like most of Klein’s works), and there is something about it that can’t be shown in a photo. When you stand close to the sponge relief, the notion of a sea floor is there at first. But then there seems to be the appearance of a faint orange hue on top of all that blue: 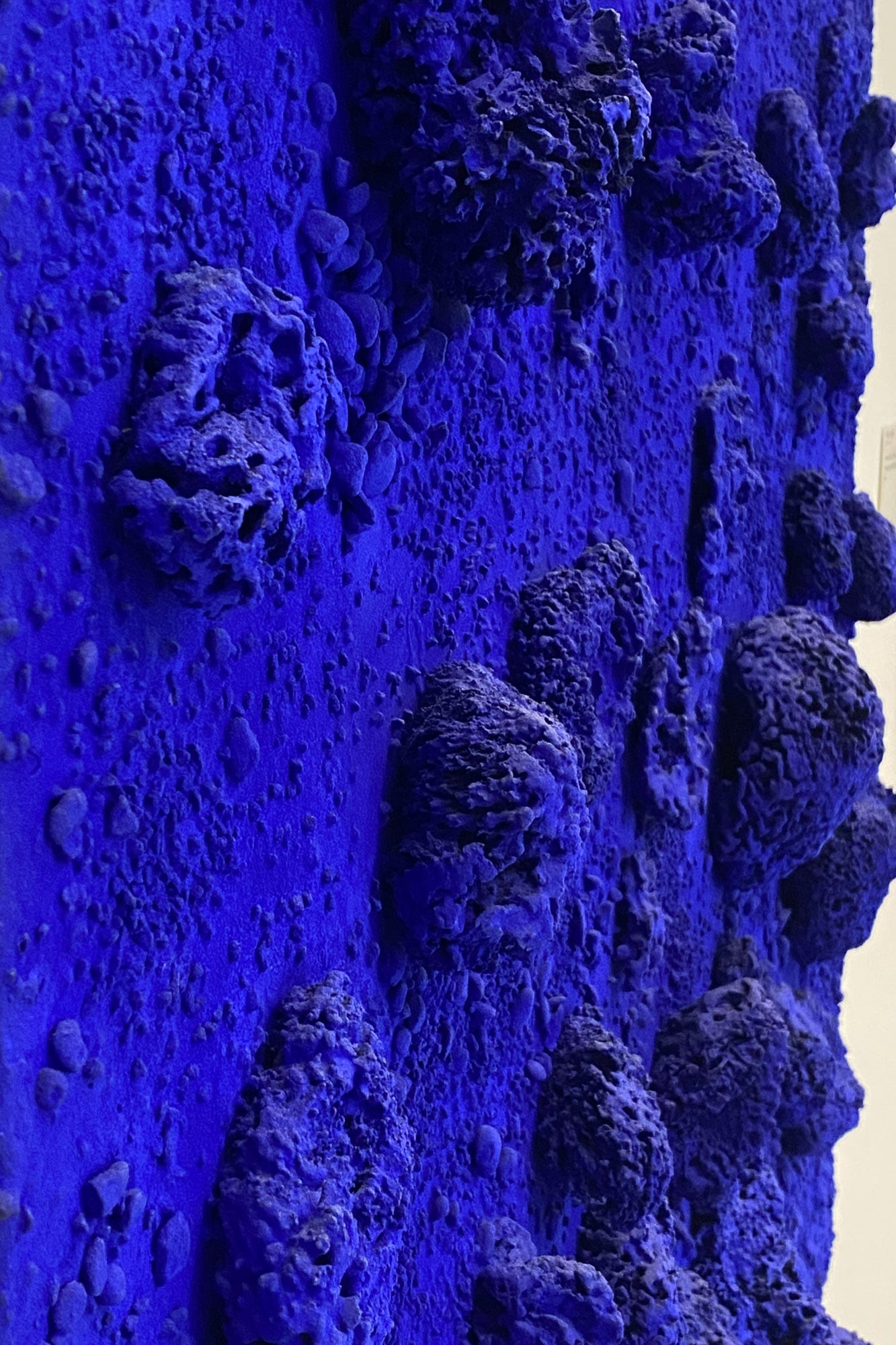 So we meet again! I said to the sponge relief and stood close to it. And yes, there it was, that orange hue, so fragile and so easily overlooked, like the life of a street cat in the Caucasus.