Today Bobo was extra nice. He sat on my shoulder while I was making breakfast, then he came to sit on my lap, purring until he fell asleep.

Meanwhile, his siblings and his mom had gone outside and found a place on top of one of the neighboring roofs. When I finally went out and called them they just stayed up there, and it took me a while to understand why: climbing up was easier than going down, and now they were scared. In the end, Gogo managed to come back down by herself, but Coco and Toto gave out pathetic little cries until I helped them.

A good friend of mine came over. He had met the kittehs several times, and it appeared as though he and Bobo had developed a special bond. We sat down and had lunch together, then we put Bobo in the carrying case and got in a cab. Bobo, just like his mom and his siblings, doesn’t like traveling by car. He protested all the way to my friend’s apartment.

Once we got there and opened the case, we gave him some treats as a welcome gift. Bobo accepted the treats. We showed him the litter box we had brought from my place, figuring it might be nice for him to have something he was already familiar with. Bobo accepted the litter box. Then we sat there for a while, watching him run around the apartment, checking out the furniture and the corners and the rugs and the doors. At one point he gave out a confused little cry, but overall he seemed relaxed, and at some point he fell asleep next to my friend’s leg.

I remember reading a thing about dogs once: never say goodbye to your dog, it said. This is because dogs are inherently logical animals. For them, if you come and make a big scene, talking to them, petting them, hugging them, it means that something is going to happen. Something involving them. Maybe you will go for a walk together? Maybe you will play fetch together? Maybe you will give them a treat? And so you are getting them all excited, but then poof! You leave. It’s not hard to understand why this doesn’t make any sense to a dog.

I figured that it might be pretty much the same for cats.

And so when Bobo was asleep I packed my stuff and took the carrying case, and I gently petted his head one time without waking him up, and then I quietly left. 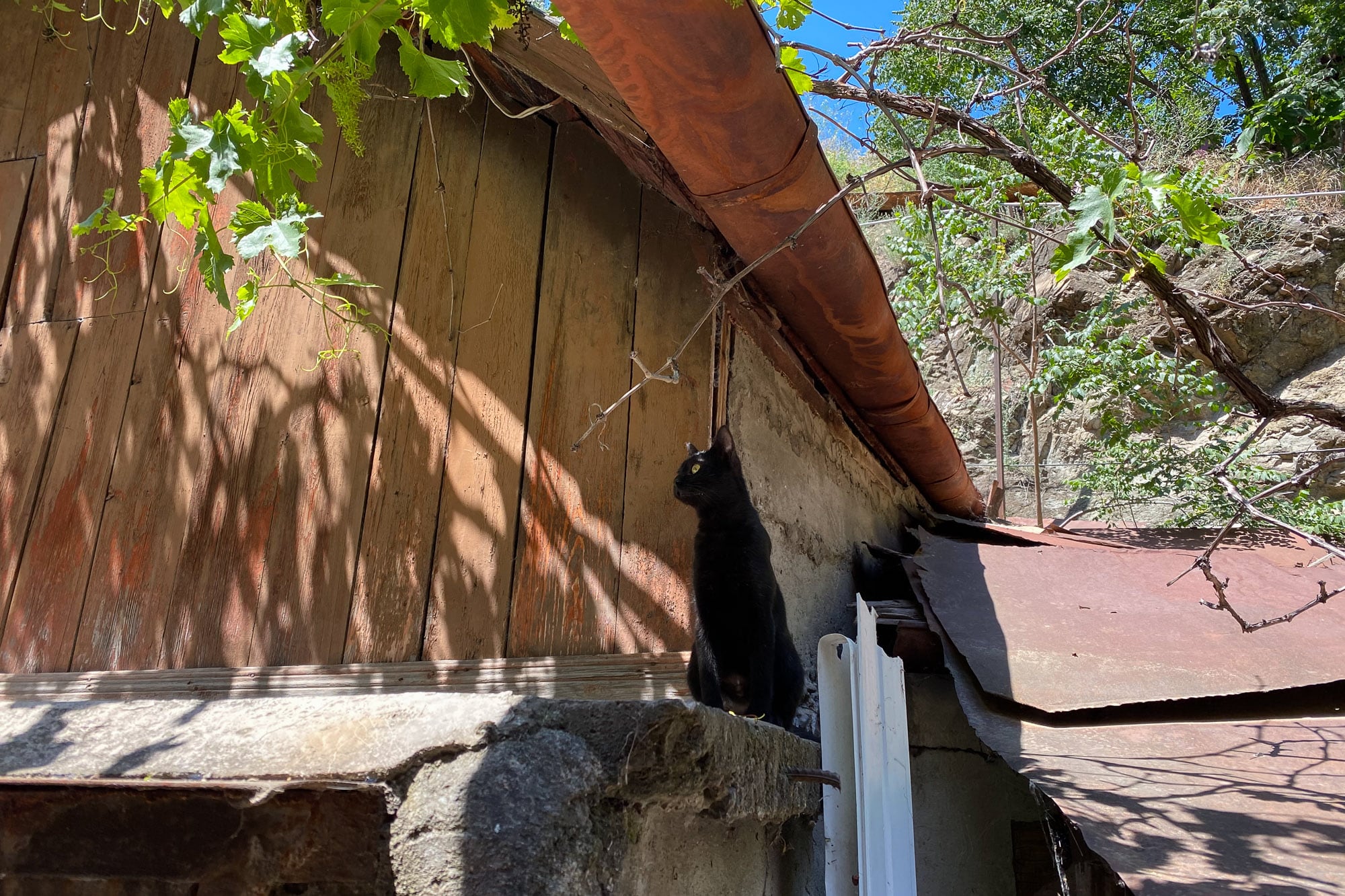 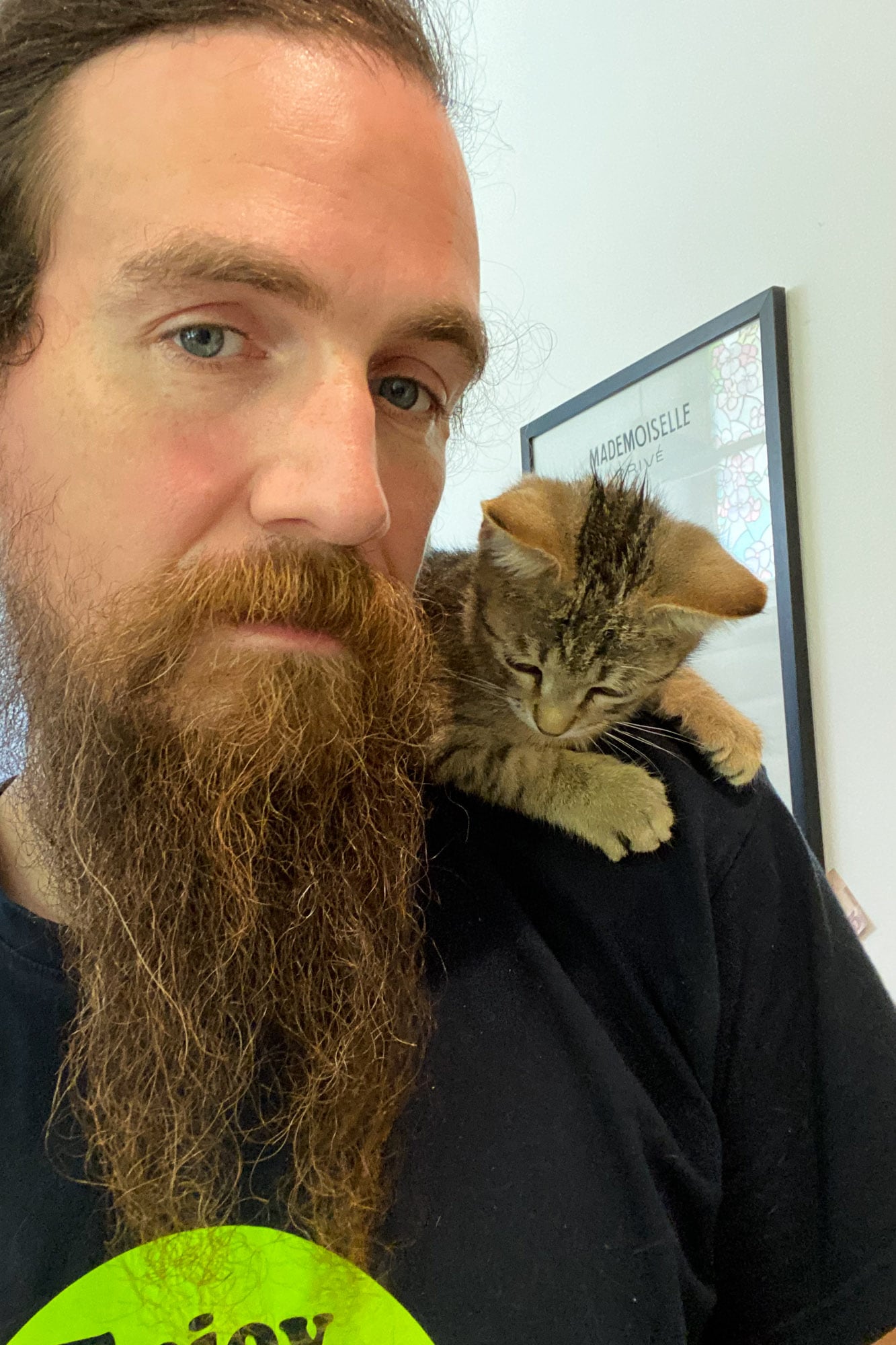 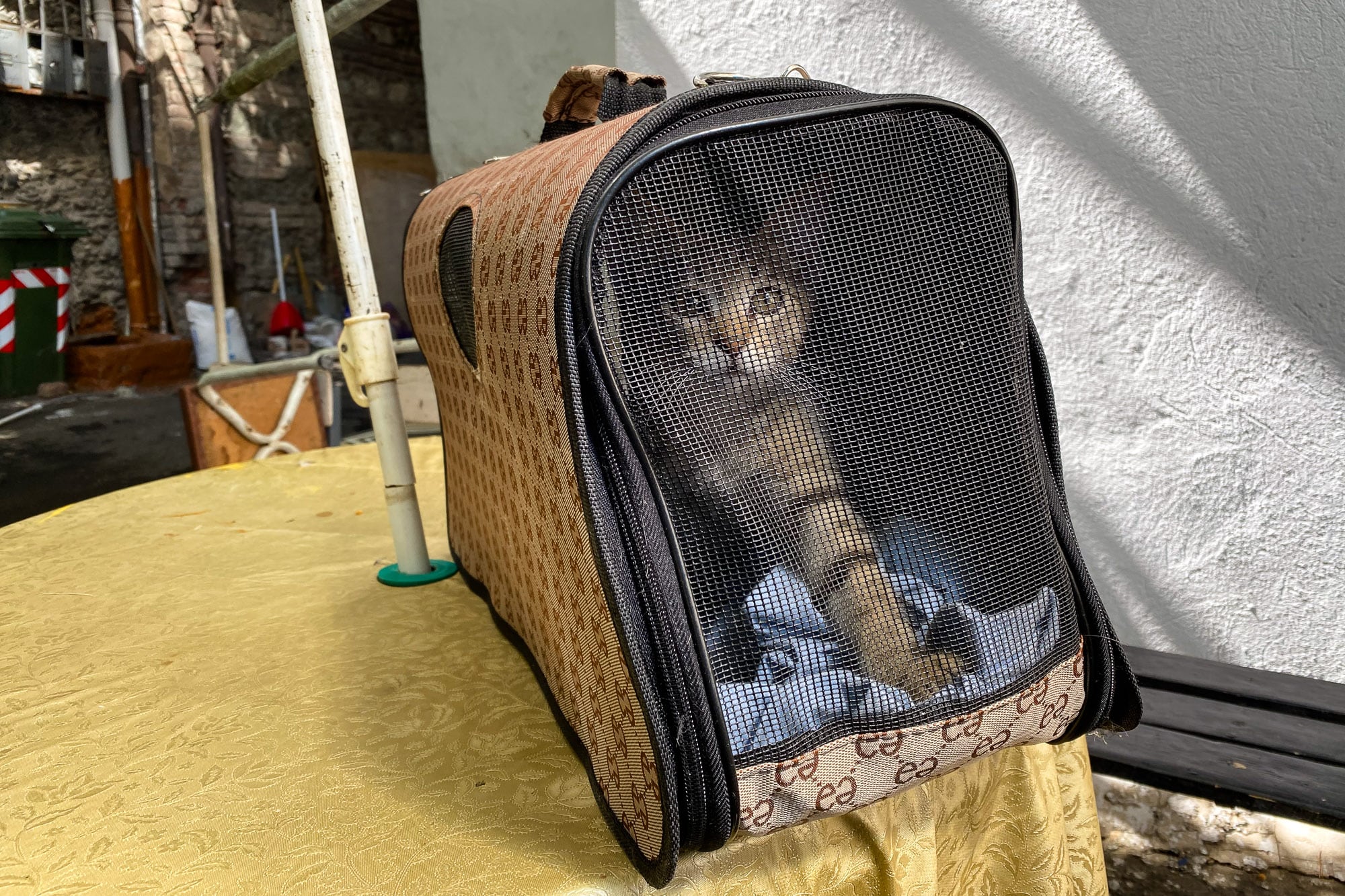 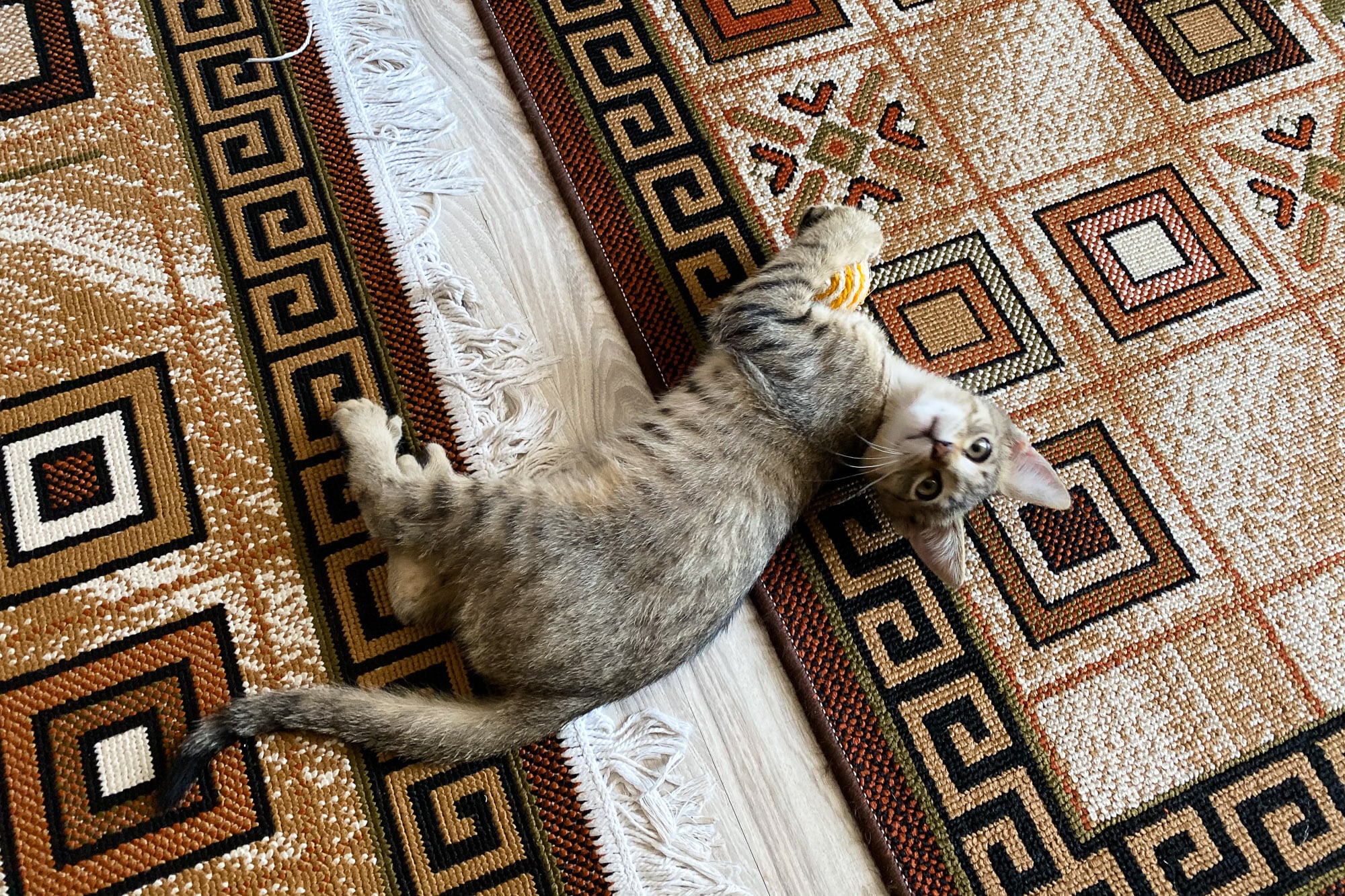 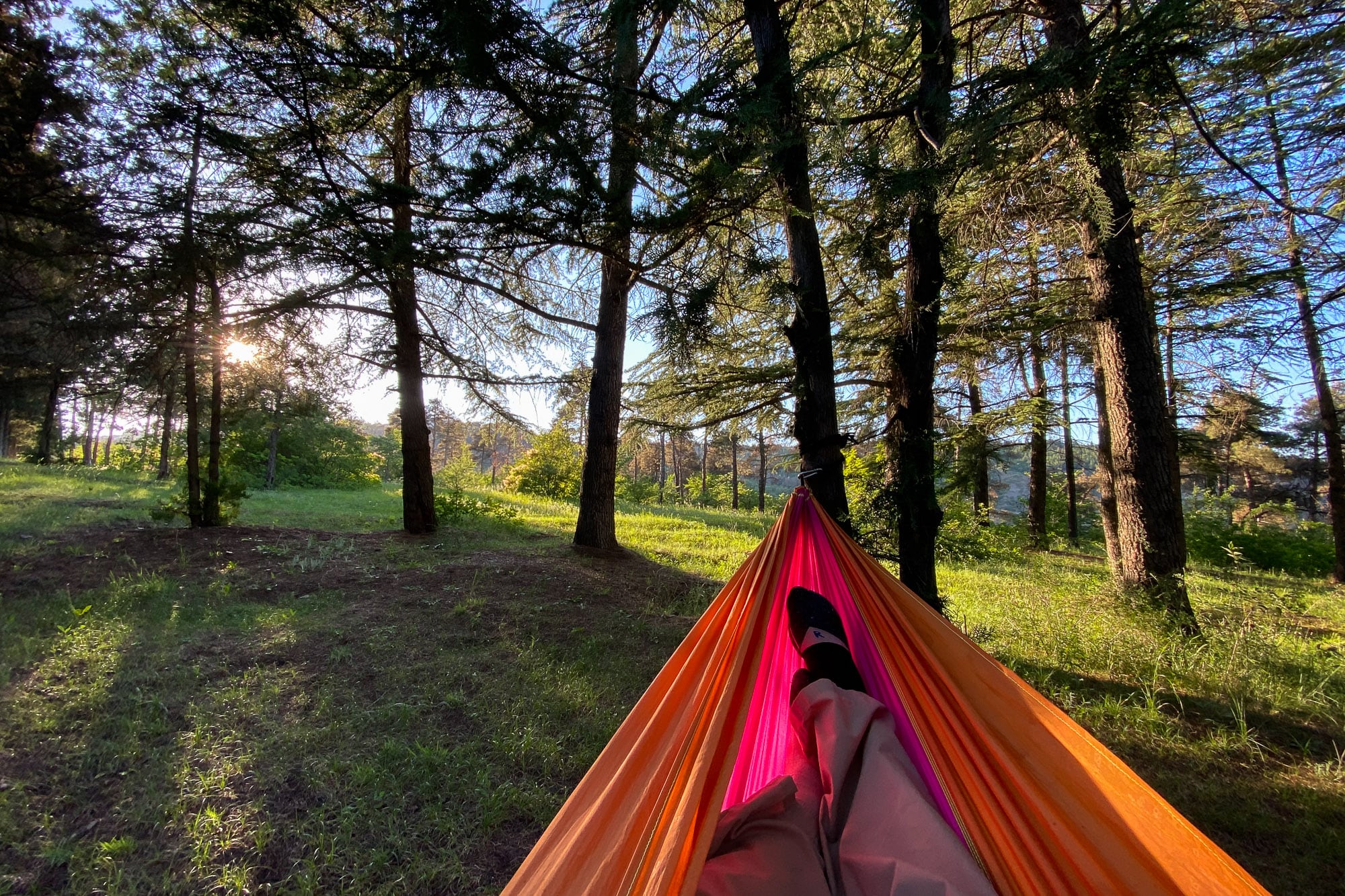