This is a bit awkward.

I was going to return to Turkey at the end of the month and continue walking. That was the plan. And so in order to be fit, I had been taking it easy, trying to do my exercises and get rest and eat and read and work on my pictures. When asked if I wanted to go skiing, I said no – I didn’t want to risk getting even a minor injury. So I took up a sketching class instead. Nothing bad can come from sketching, right?

Well, I ended up in an ambulance anyway: 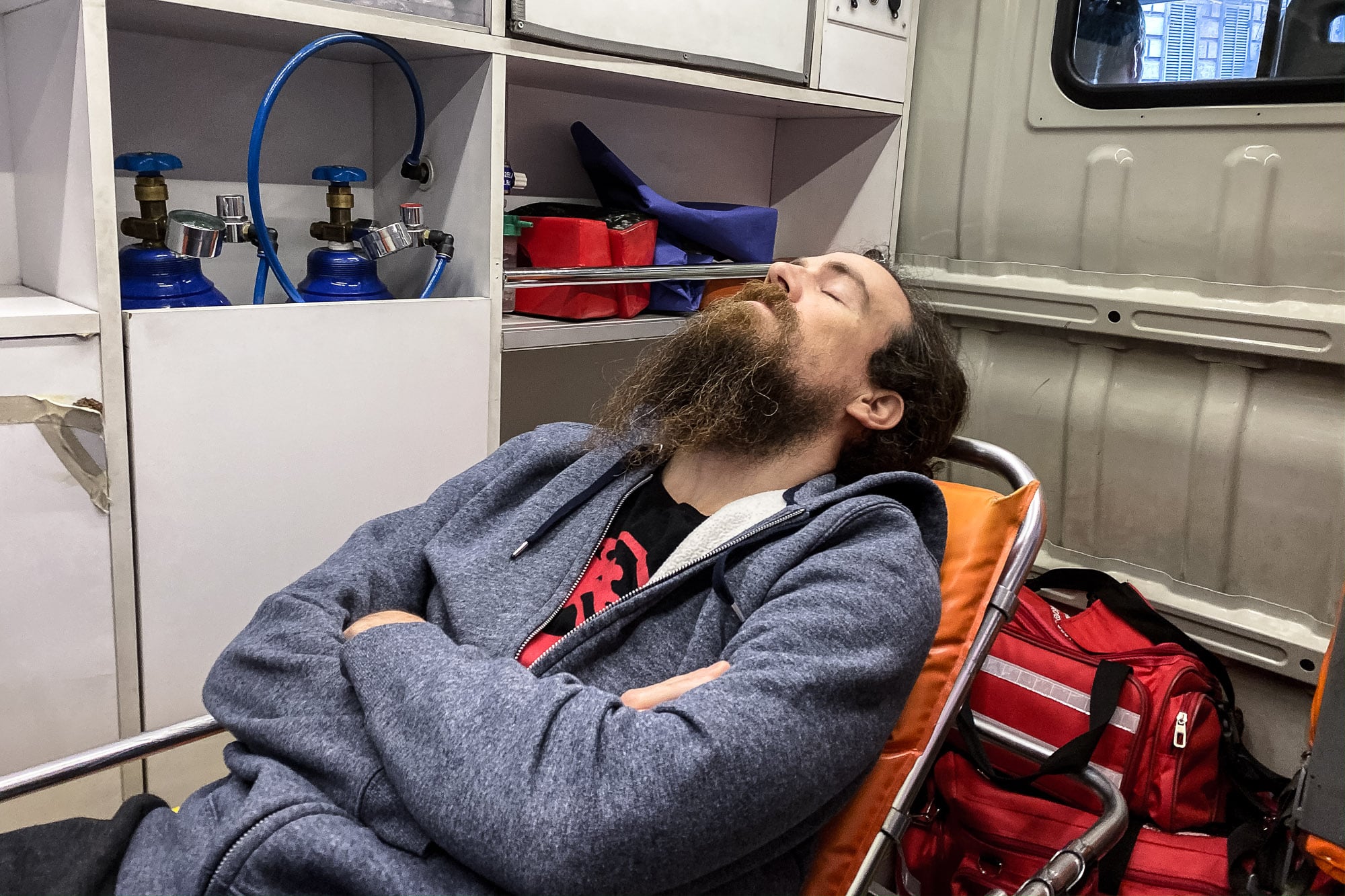 Here’s what happened: one night, when I was coming home and saying hi to Gogita Gogidze at the door, I took a wrong step and fell down the stairs, twisting my ankle in the process. I remember hearing a snapping sound like that of ligaments being torn apart.

That was not why I ended up being hauled to the ER the next day, though: 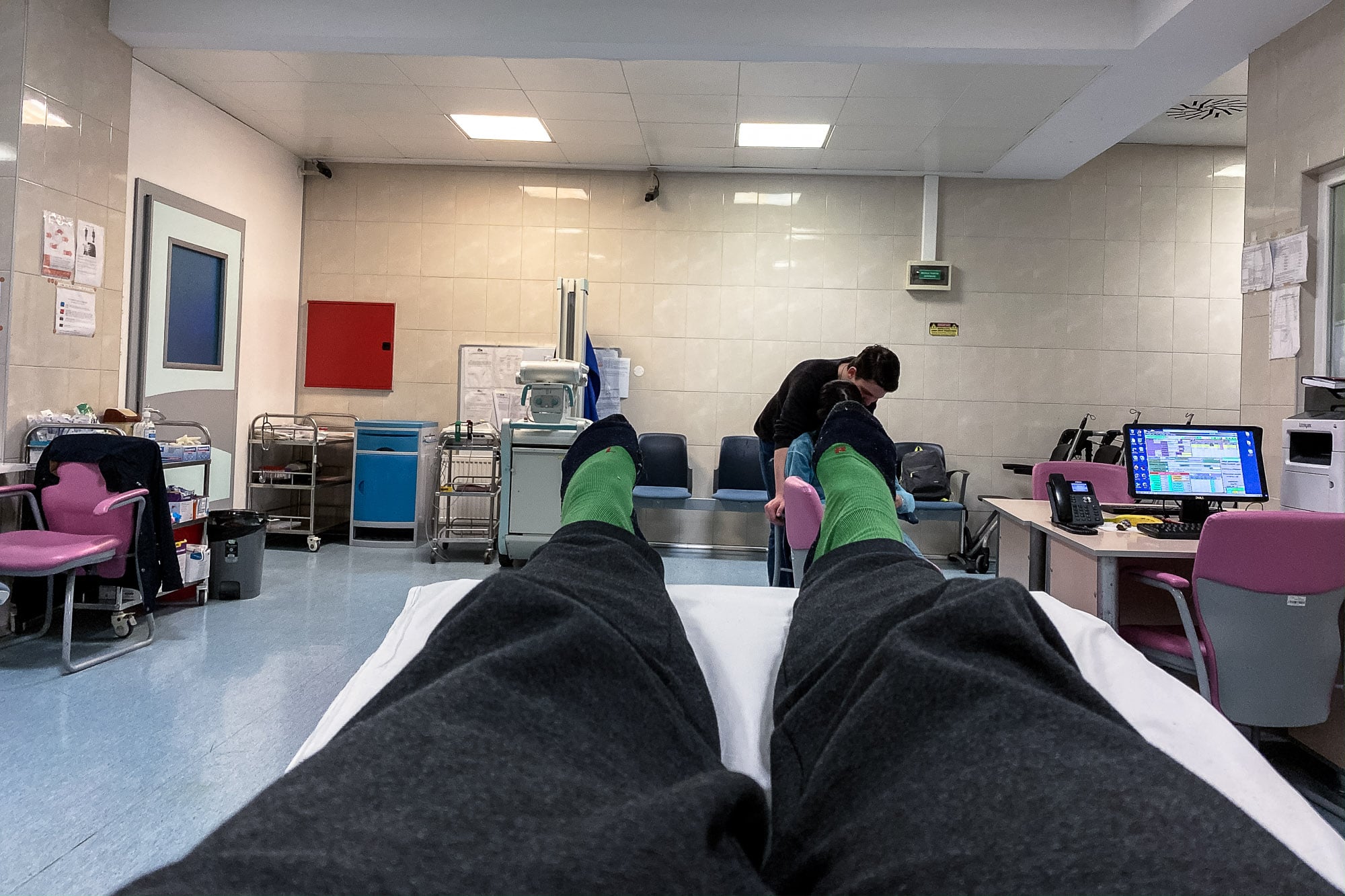 Immediately after the fall, I just put some ice on my ankle and sat there for a while. Then I went to bed. It took me a long time to find sleep, because in my head I was replaying the fall over and over. What exactly had happened to my foot? It was very unfair!

When I woke up the next morning there was a short moment of bliss. I had forgotten about everything. That is until I noticed the pain and the swelling in my ankle. It wasn’t a particularly bad pain, and the swelling wasn’t that big, either. But I suddenly remembered the snapping sound.

I got up and went to the bathroom. That’s when I noticed a feeling of nausea creeping up. I walked over to the couch and sat there. Oh, that disgusting sound! I decided to rest my head, just for a little bit. And then I fainted.

When they took me to the hospital, the medics asked me if I was doing something about my hysteria. Yes, I replied, I was.

Well, better do more, they suggested.

I got checked up and was subsequently released, upon which I went to get the foot checked in an MRI: 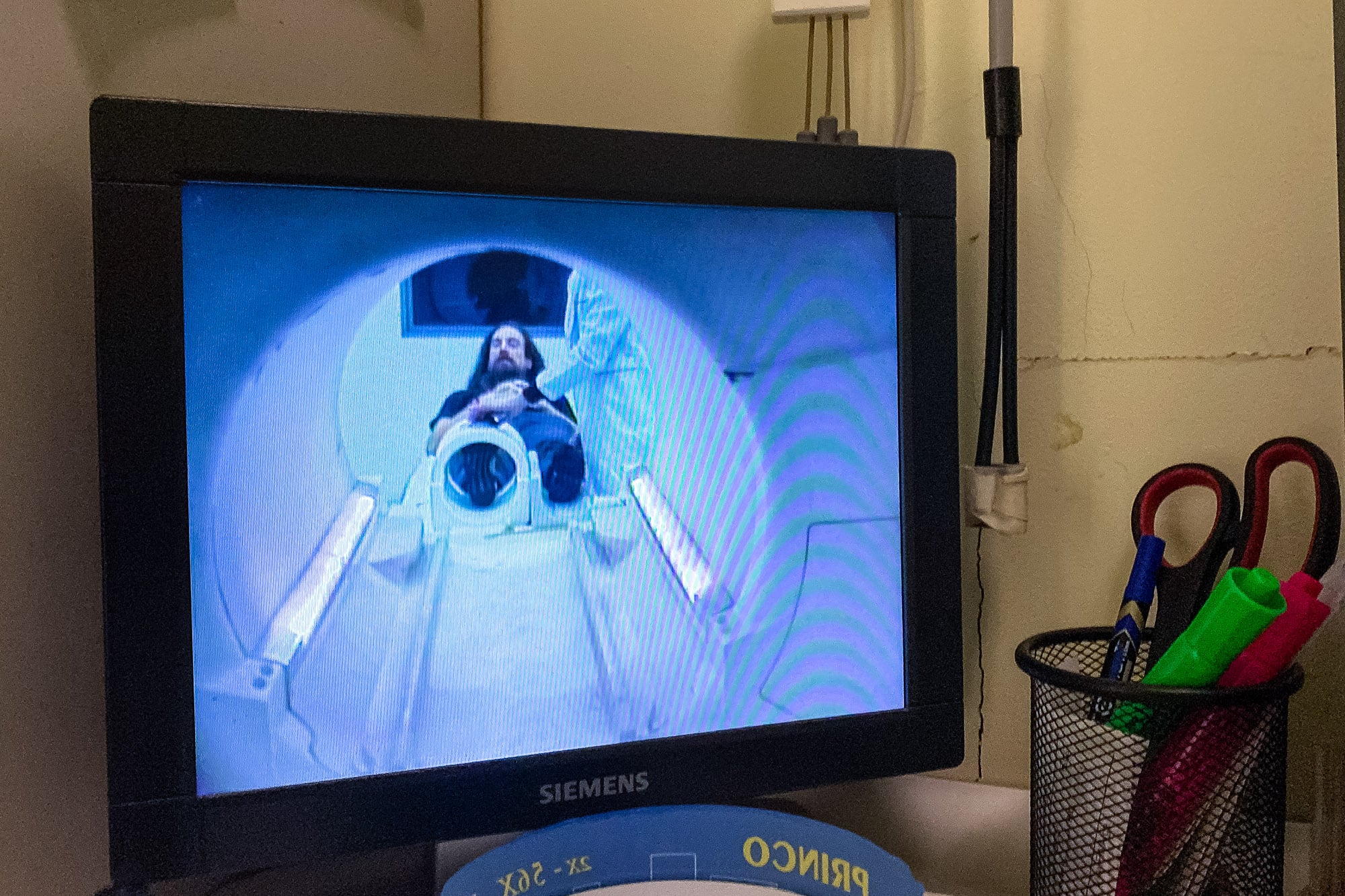 It turned out that there was some damage, but the ligaments weren’t torn. The snapping sound that I remembered hearing had only existed in my head.

Still, I was told to take it easy for a while. So I hobbled home and fed Gogita and another black cat from the yard who was supposed to be her dad: 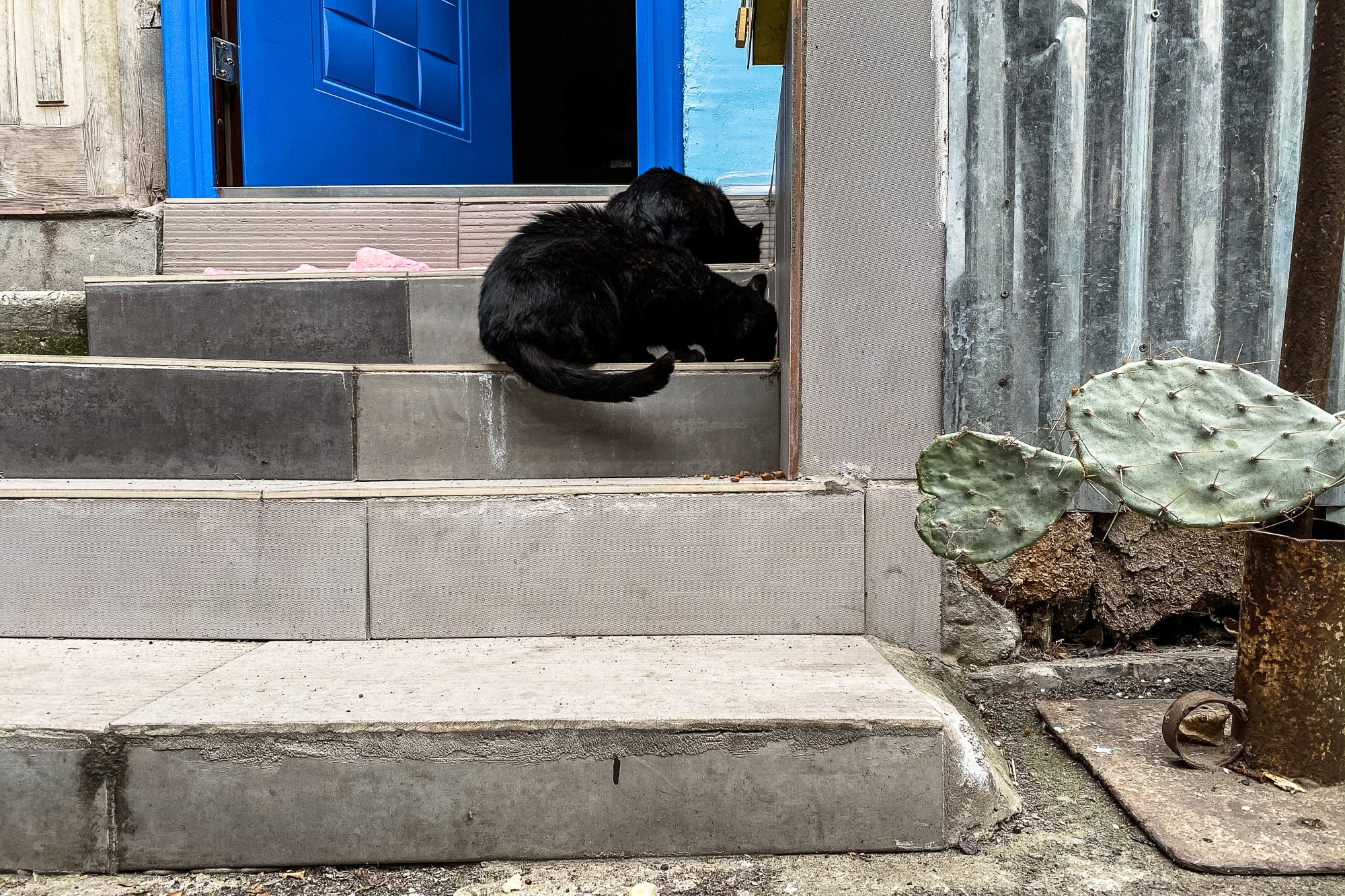 I tried to take every single step very carefully. Individually, one at a time.