Staying in Lala felt like staying with a whole village rather than a single family. Everyone knew each other, everyone was always visiting the others’ homes, and the meals were lively gatherings. Also, it was the weekend, and those who lived in the city had returned to the village to spend time with their families.

After breakfast and a lot of tea I say good-bye to my hosts and get back on the road. It’s a gravel path that cuts through fields and patches of forest. The sky is grey, the autumn leaves are falling, and it feels as if I’m walking somewhere near my hometown Bad Nenndorf.

Then I notice Albay. He is one year old, he lives in Lala, his name means “commander”, and today he has decided that it’s time to go on a walk with me and the Caboose. It’s a pretty chill deal at first: he roams the territory on both sides of the path, and sometimes he back comes to me and wants to be petted.

The problems arise as we approach some of the villages on our way. The local dogs don’t like Albay, and he gets into a few barking matches with them. One time three dogs gang up and pin him down until he starts yelping. After that he sticks a bit closer to the Caboose and me.

Then there is that one time when he almost gets his ass handed to him by two dogs that seem to be safely enclosed behind a fence. Albay, figuring that they can’t do him any harm, jumps up and down in front of them and barks furiously. Until they go around the fence.

I decide it’s time to get rid of Albay when we’re about to approach the highway. It’s just too dangerous for a dog as bouncy as this one. So I call my friends in Lala and they come to pick him up. It takes them only a few minutes to get to us by car, which makes me feel stupid. Still that same feeling, even after all those years.

The rest of the way is darkness. There are two tunnels I want to avoid, and the road winds up, down, and around like a snake or a fancy turd. I hate it, that is until the moment I find myself looking down at a tunnel exit from a bridge. Just seeing and hearing it gives me anxiety. Fuck tunnels, I think, good I went around this one.

When I get to the little village of Demirciköy, two hotels and one guesthouse that are supposed to be there turn out to be either closed for the winter or completely missing. I stand around rather helplessly until a gentleman called Mustafa waves for me to come in. He is alone at home, and he has been busy fixing a power tool in his living room. Now I am to be his guest.

We have some soup. It’s very hot and very good. 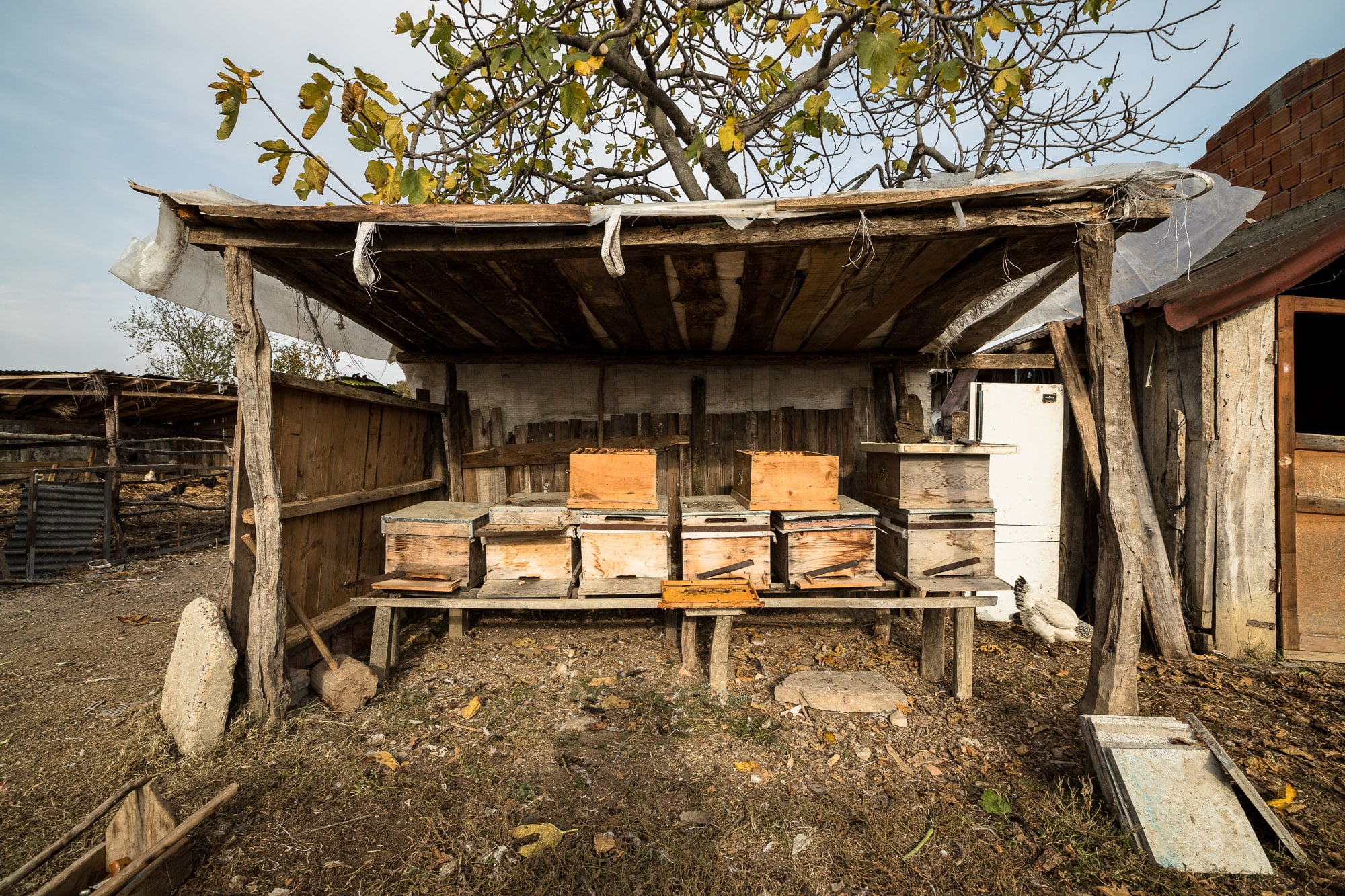 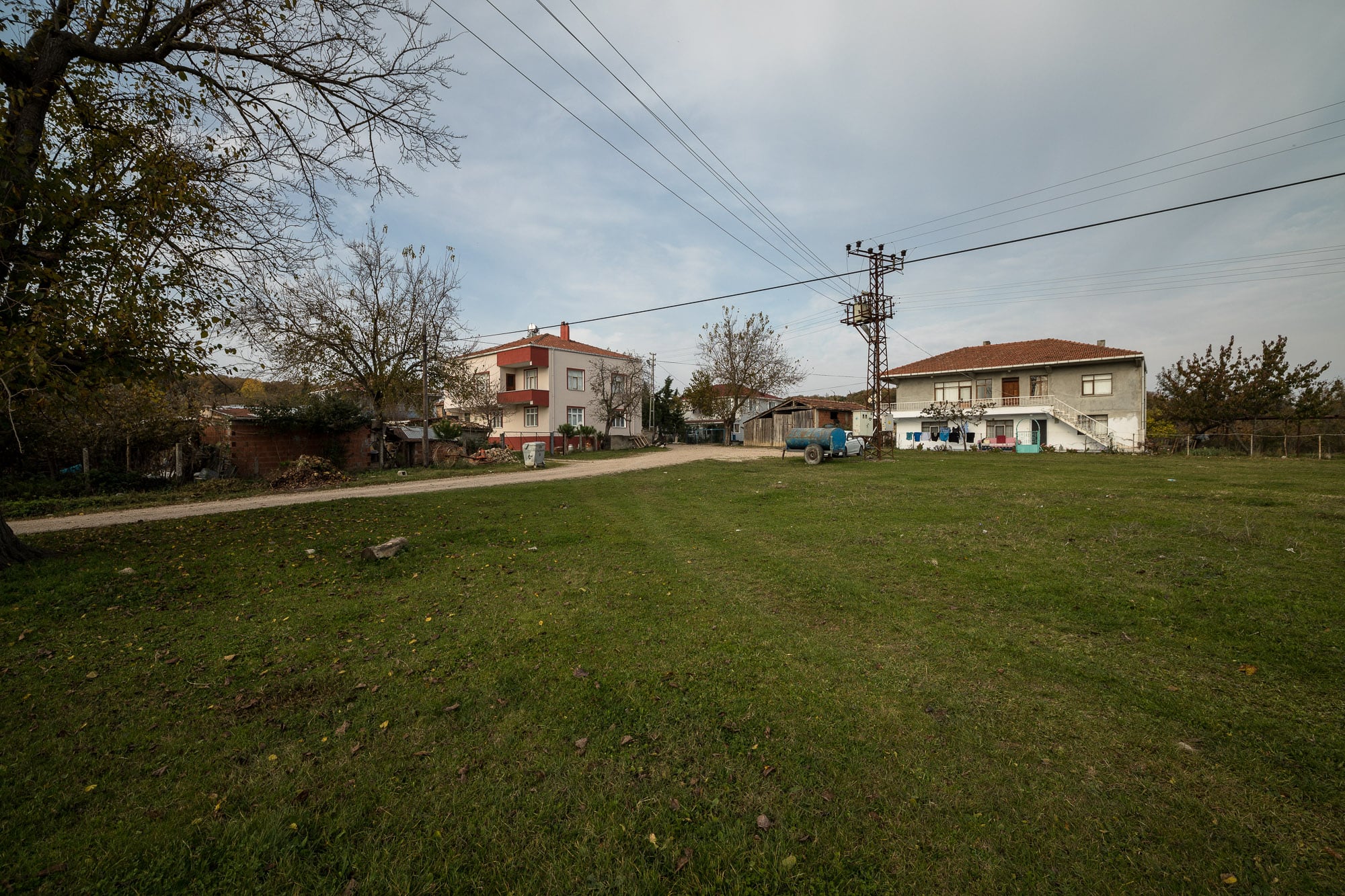 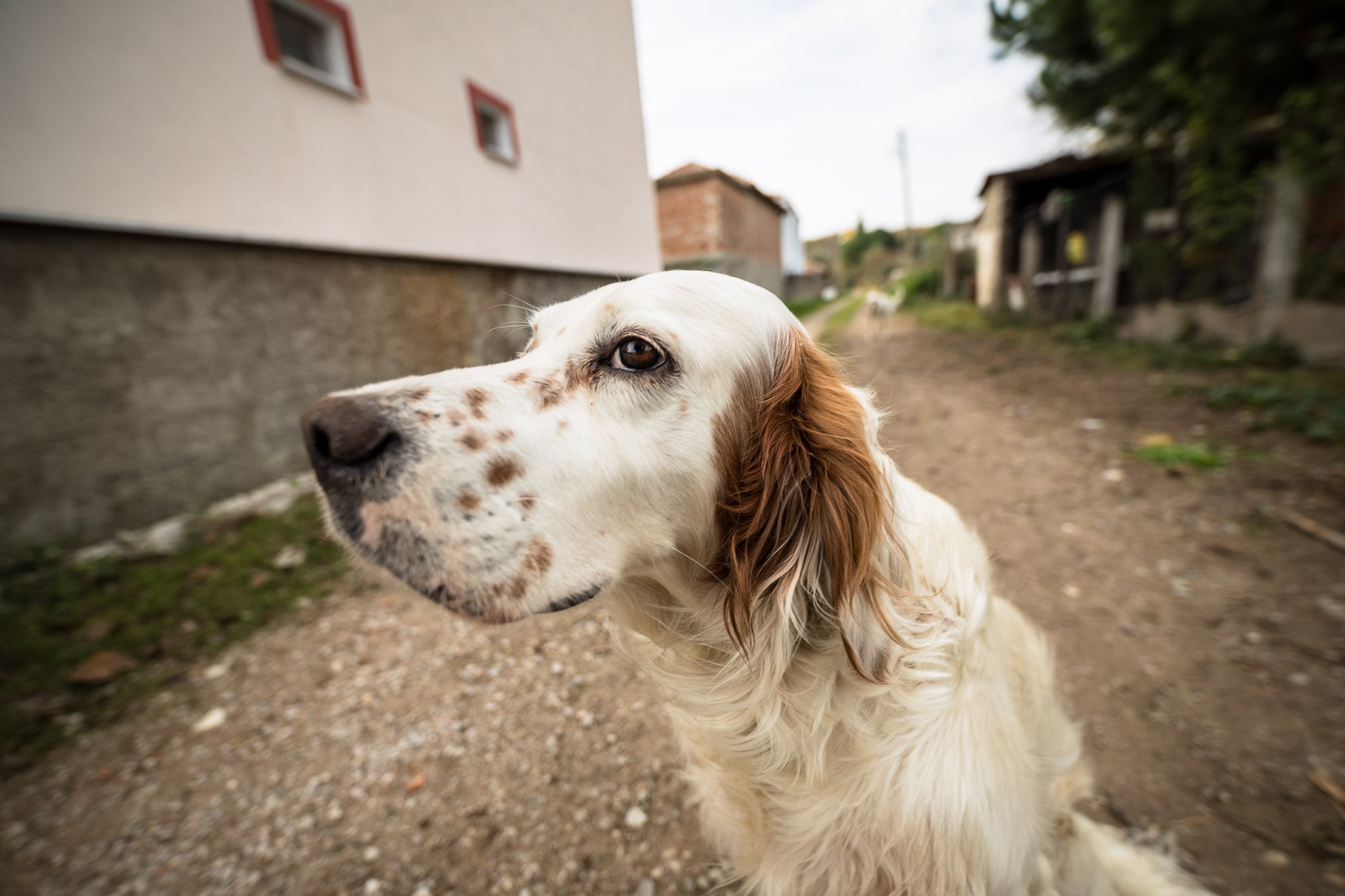 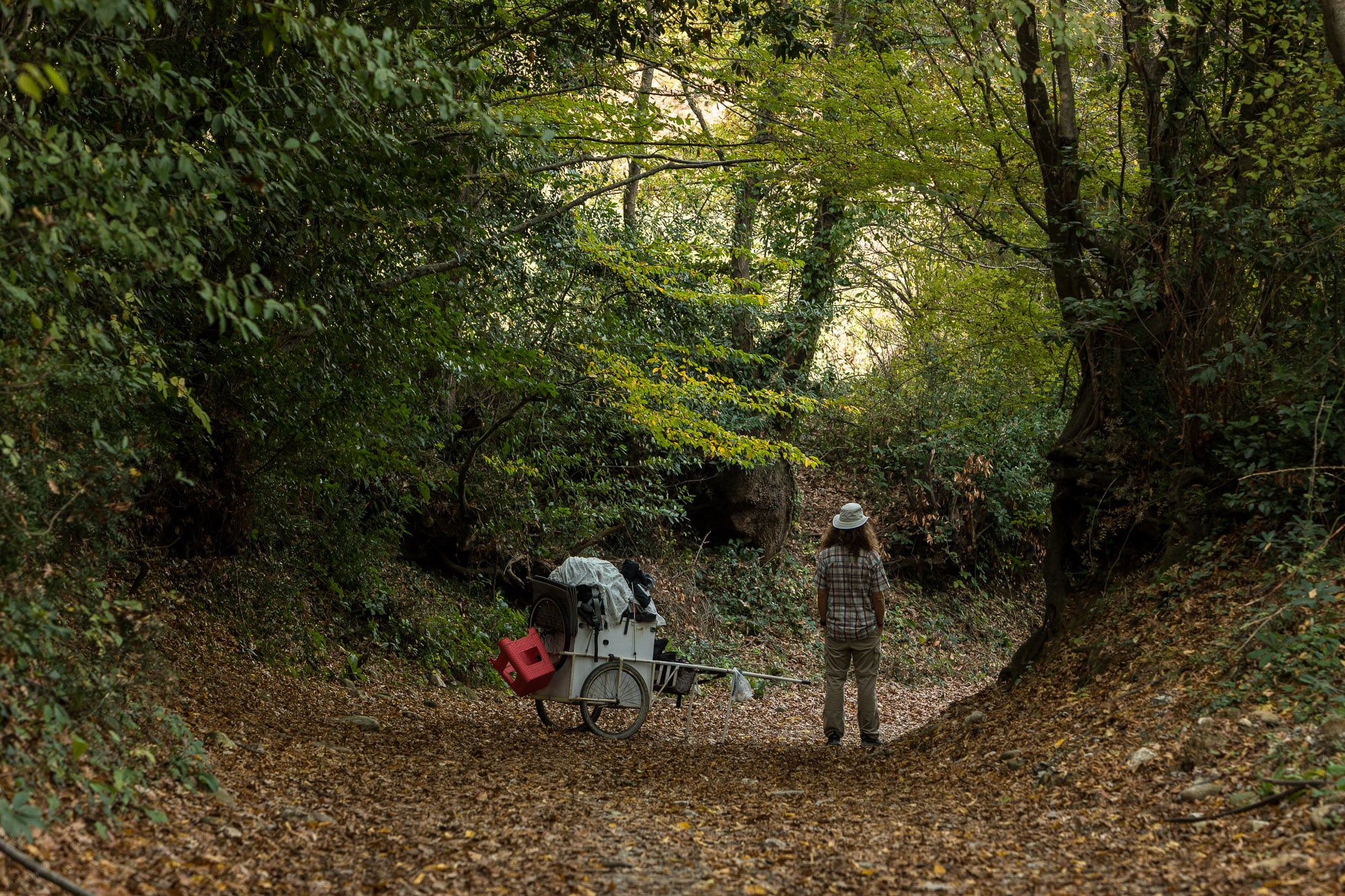 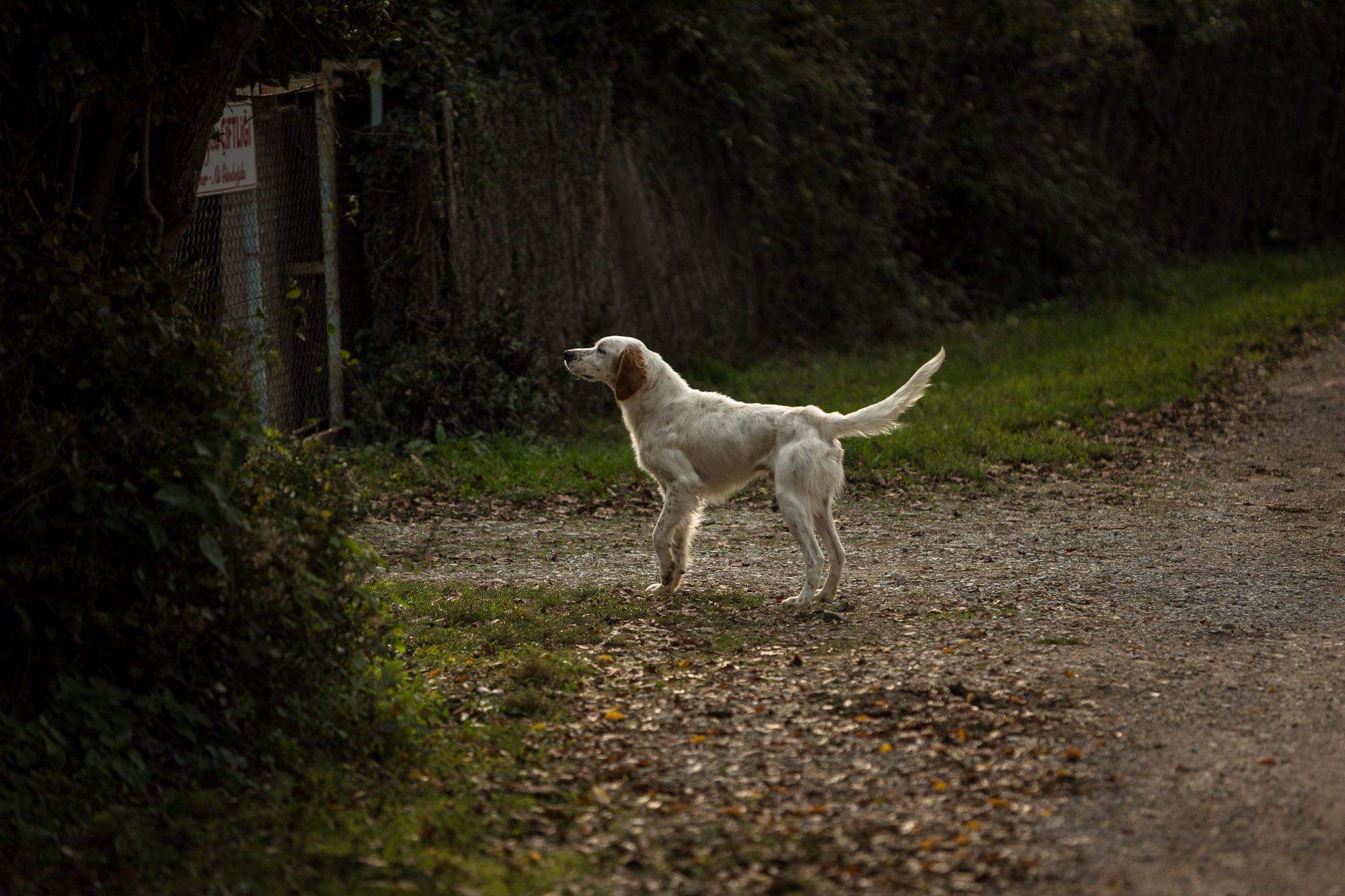 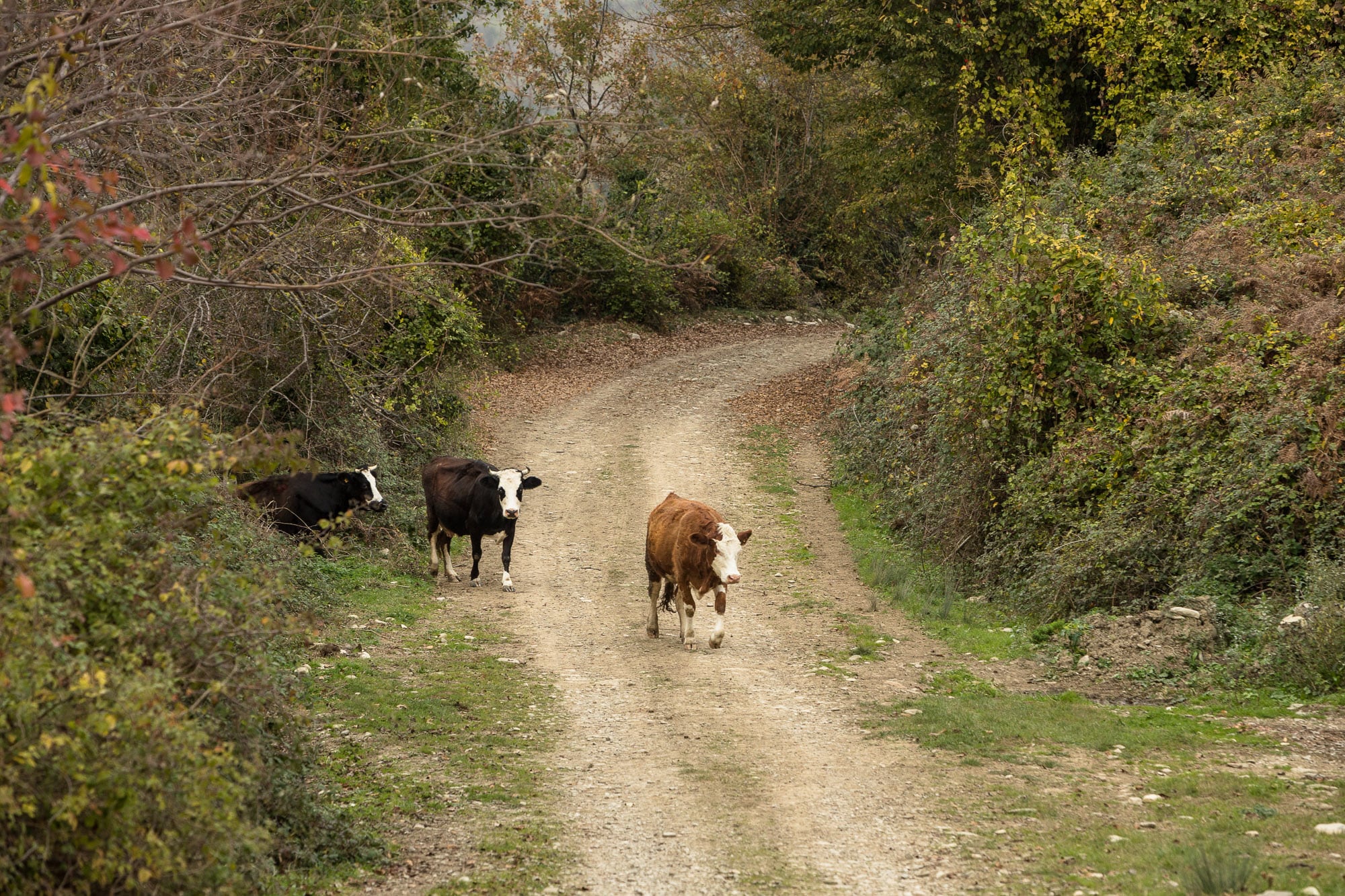 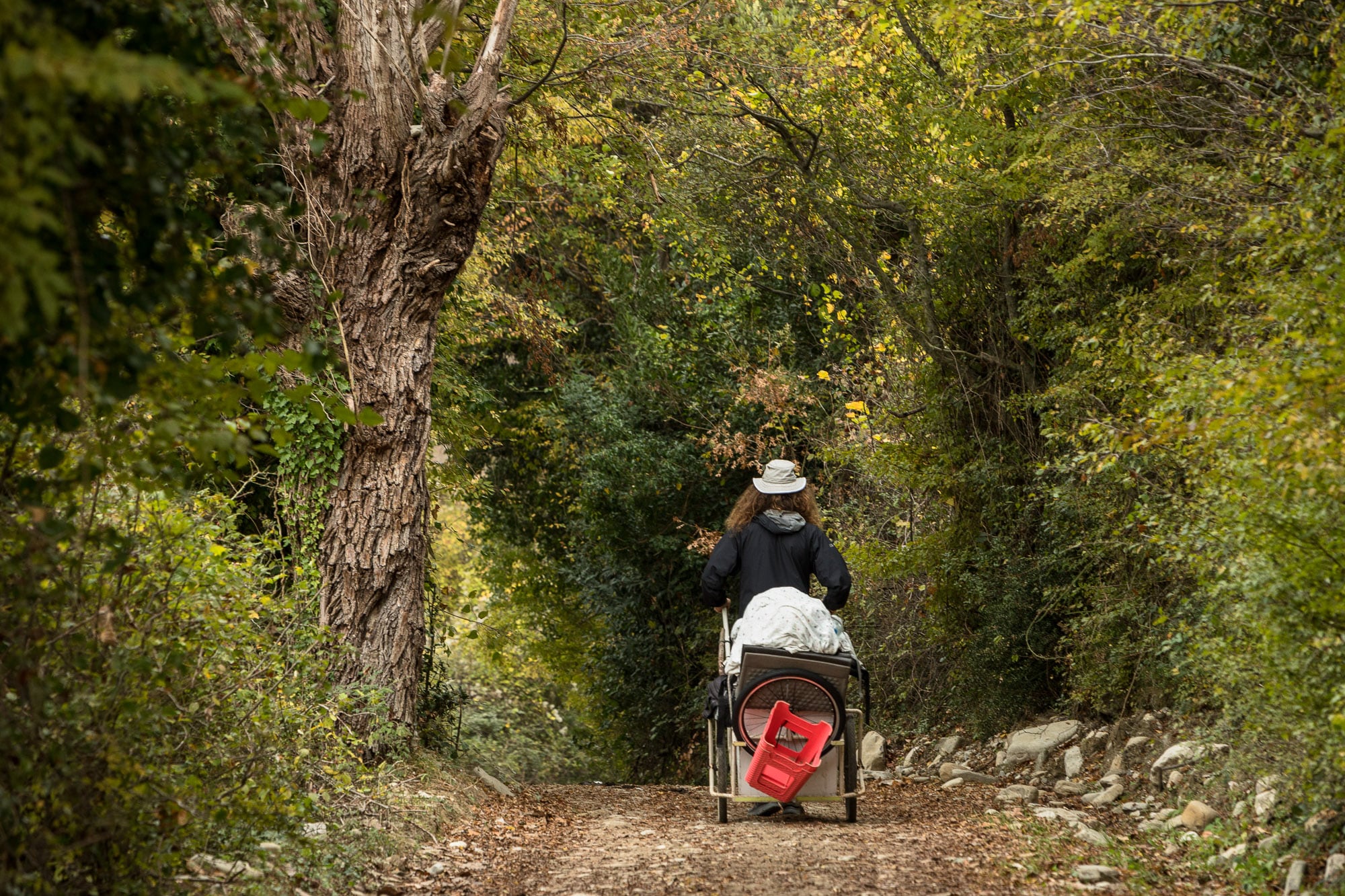 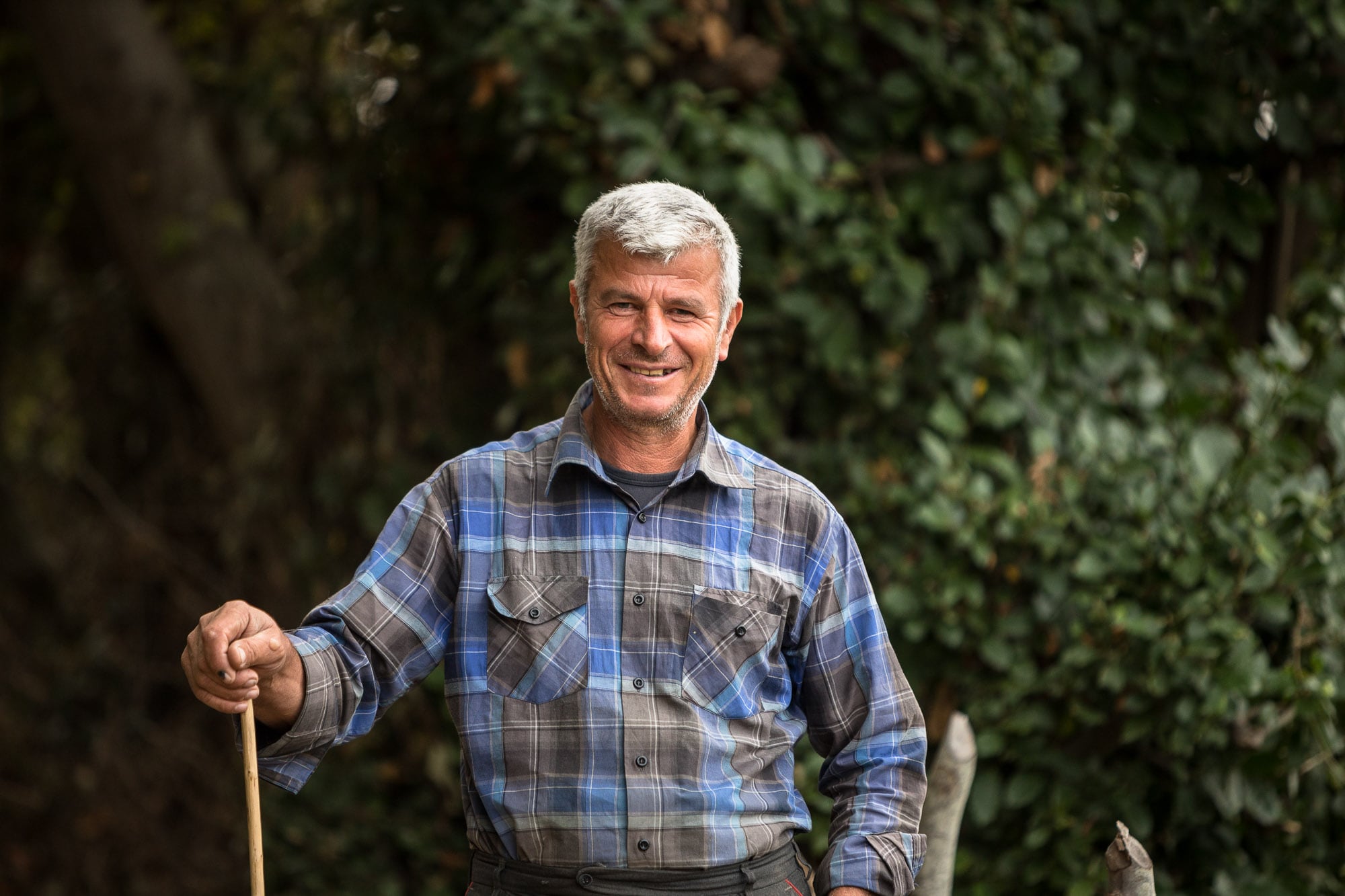 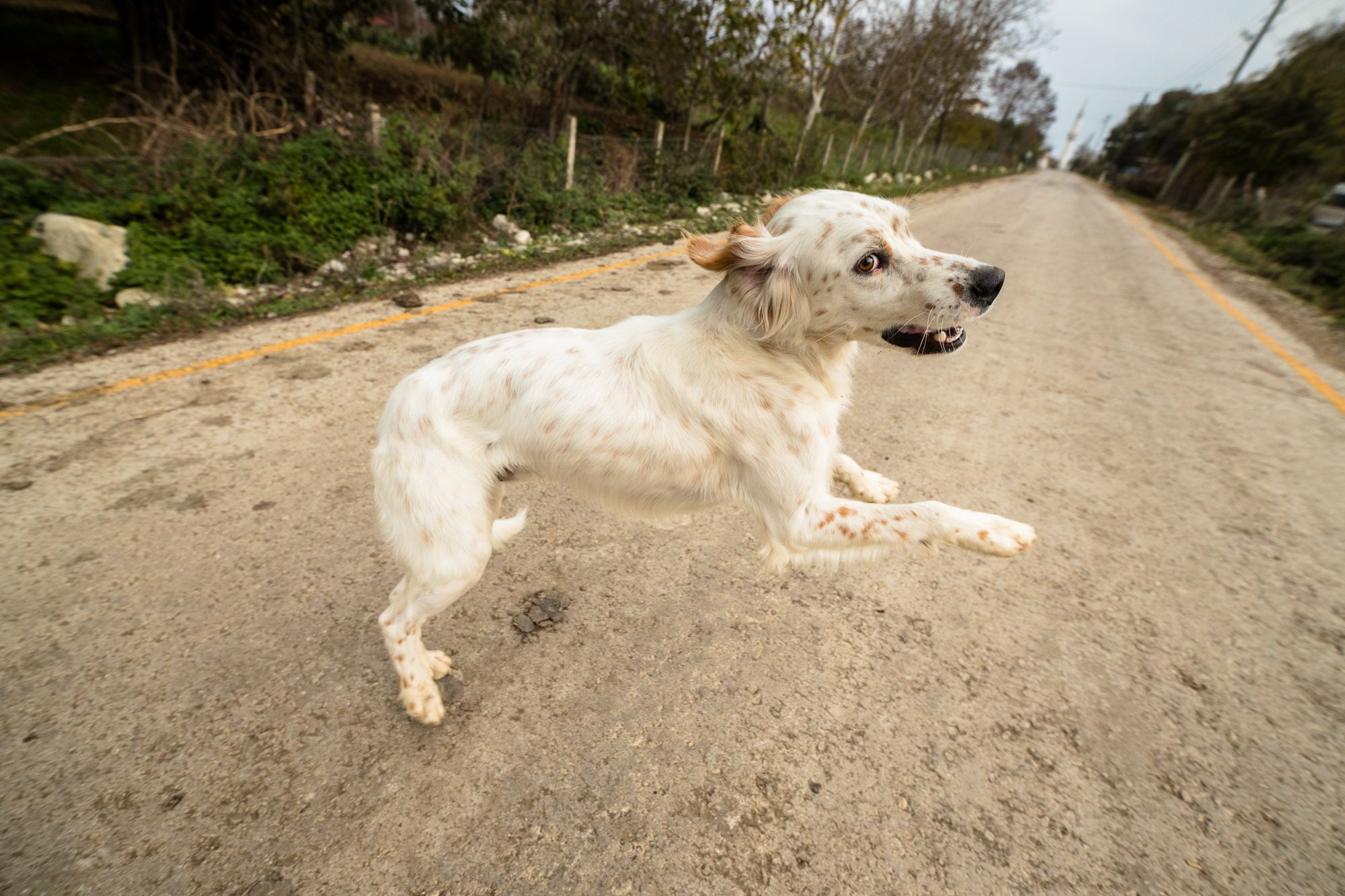 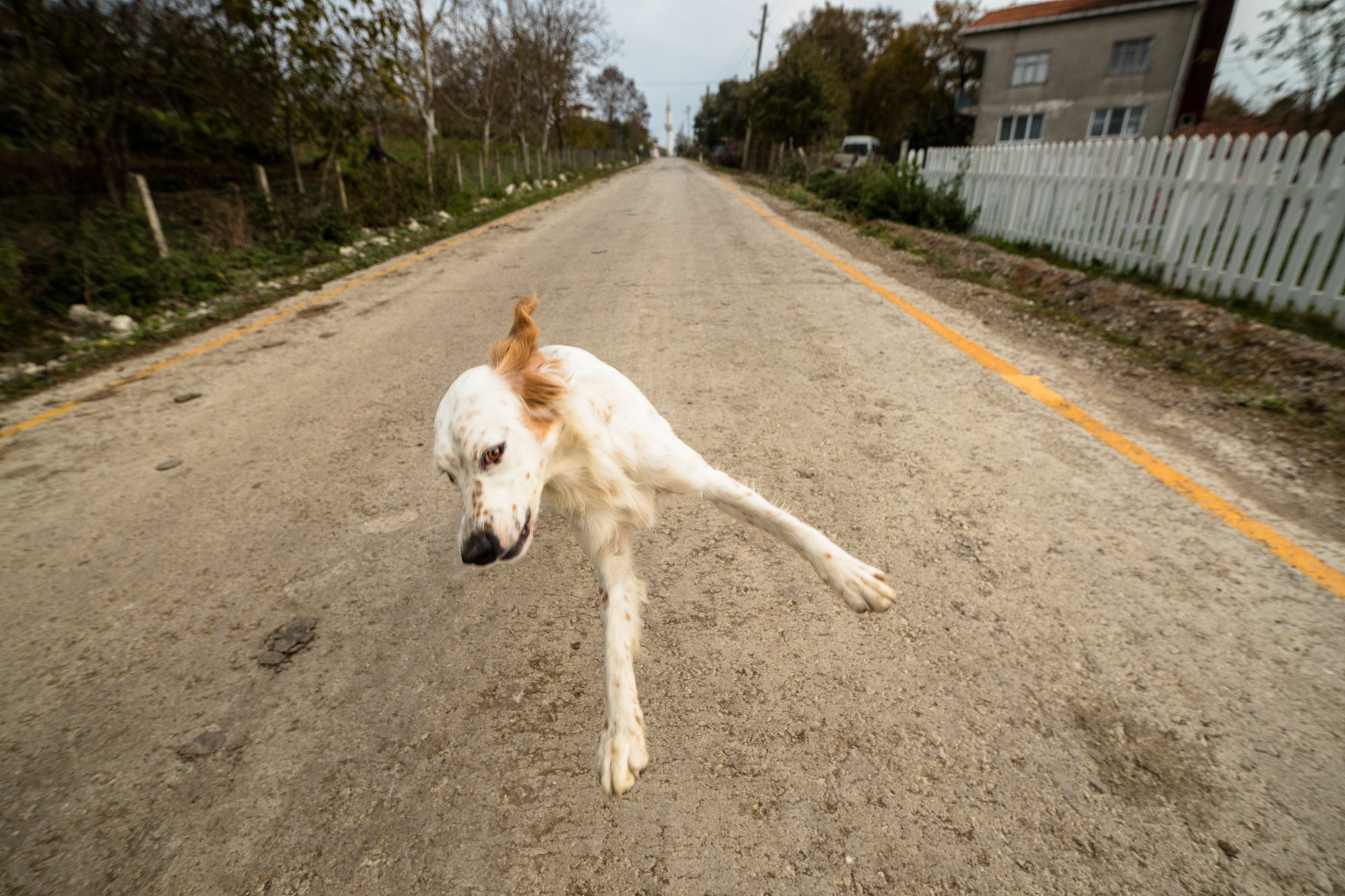 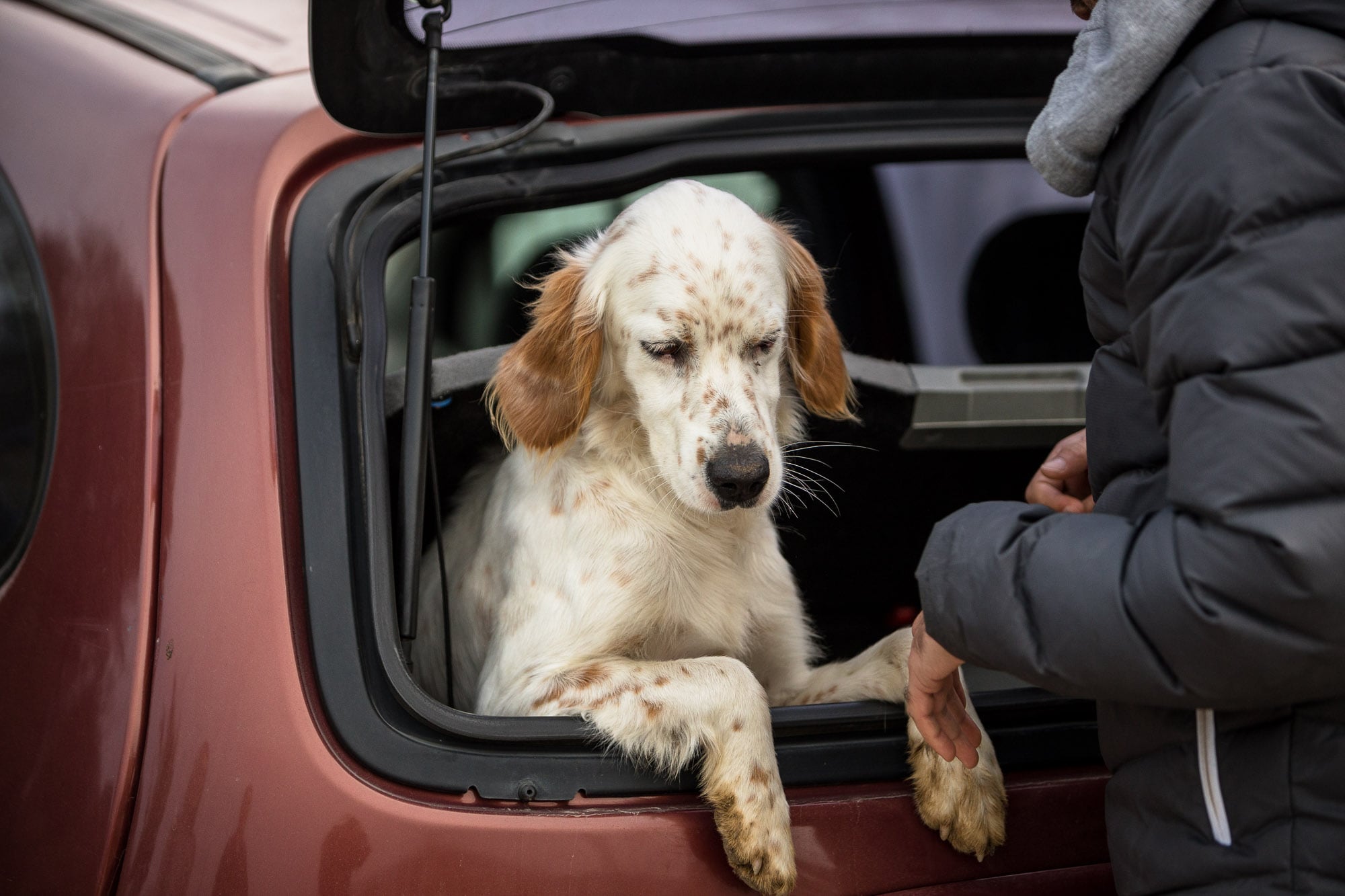 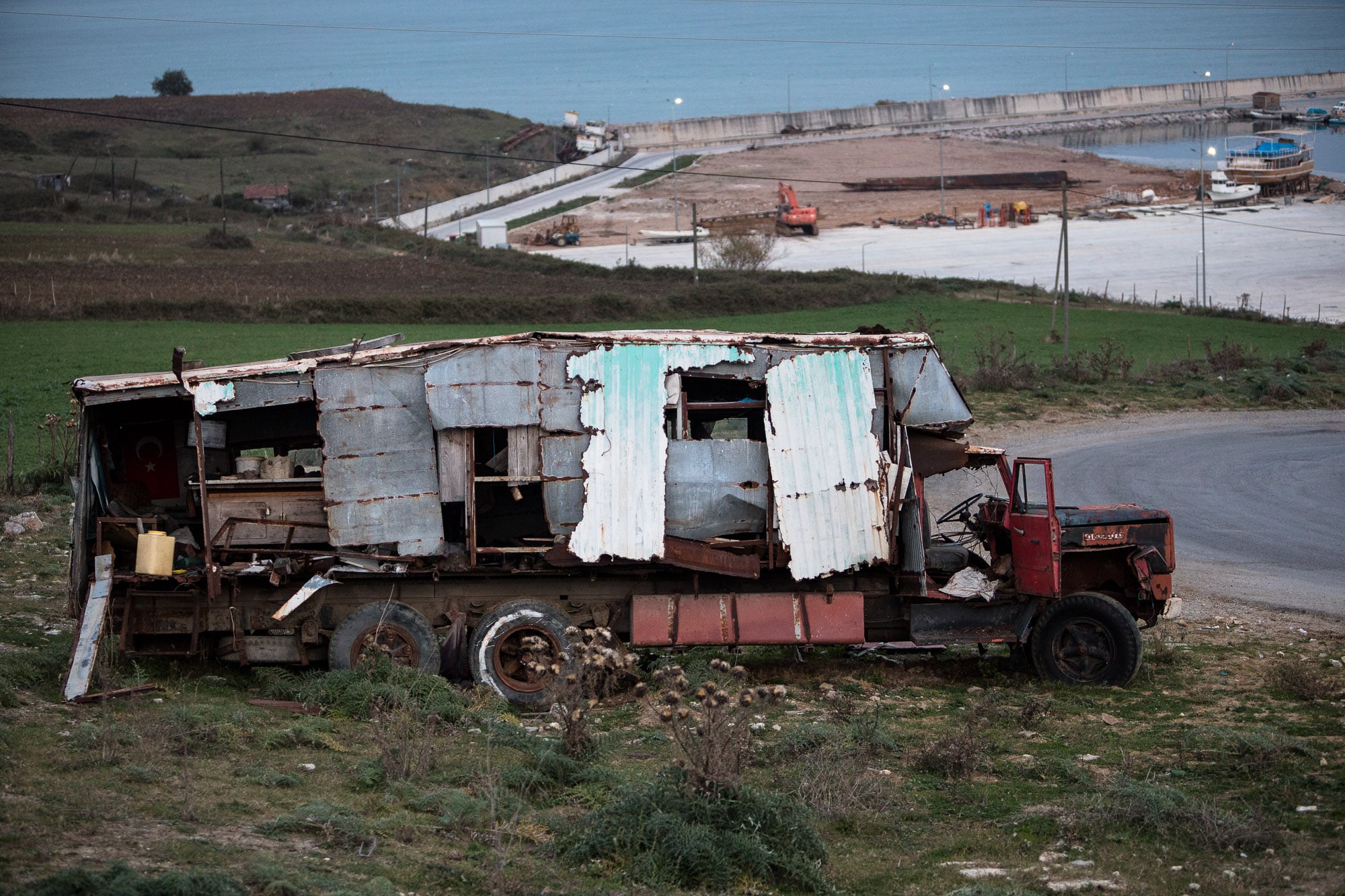 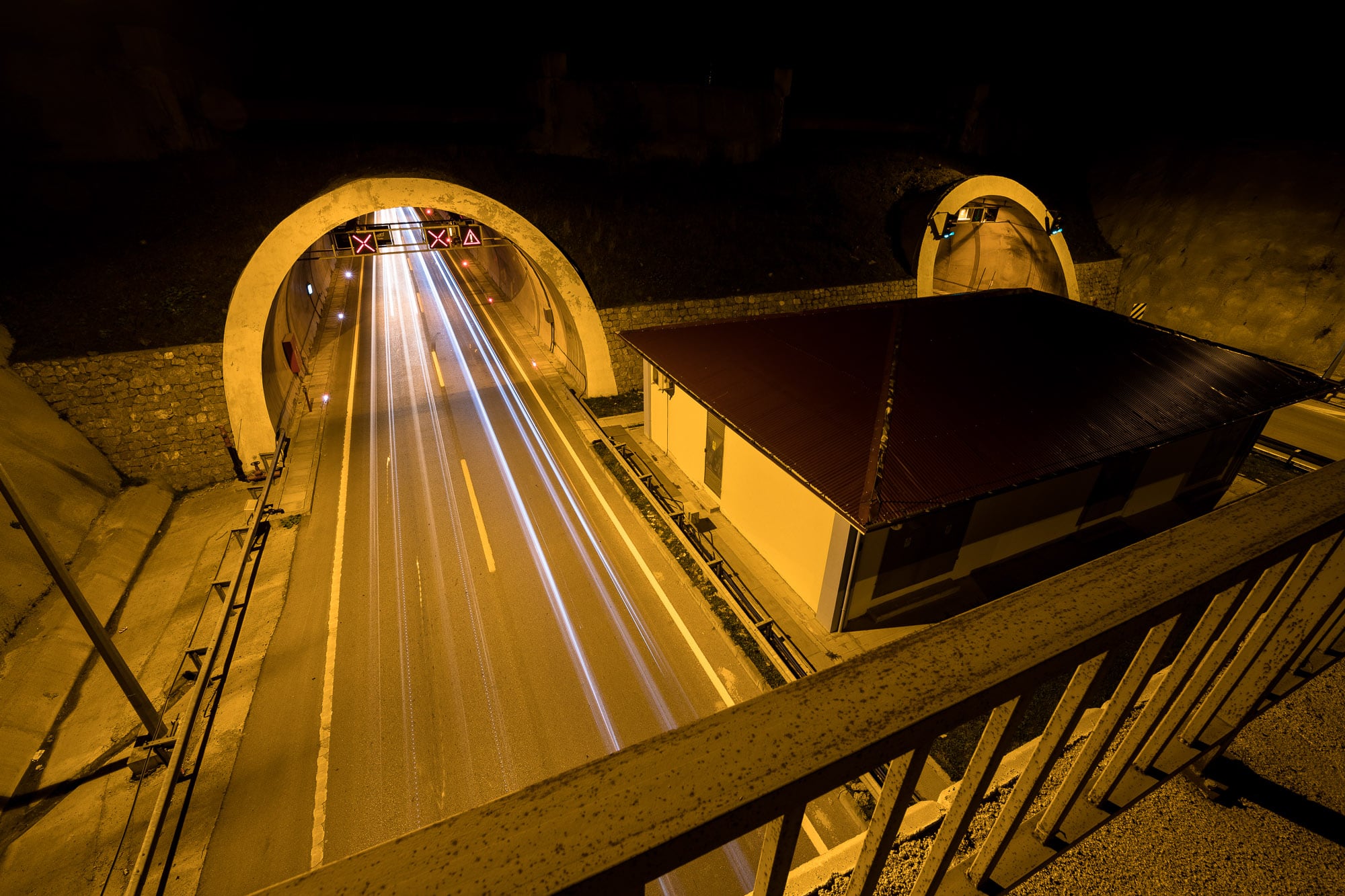 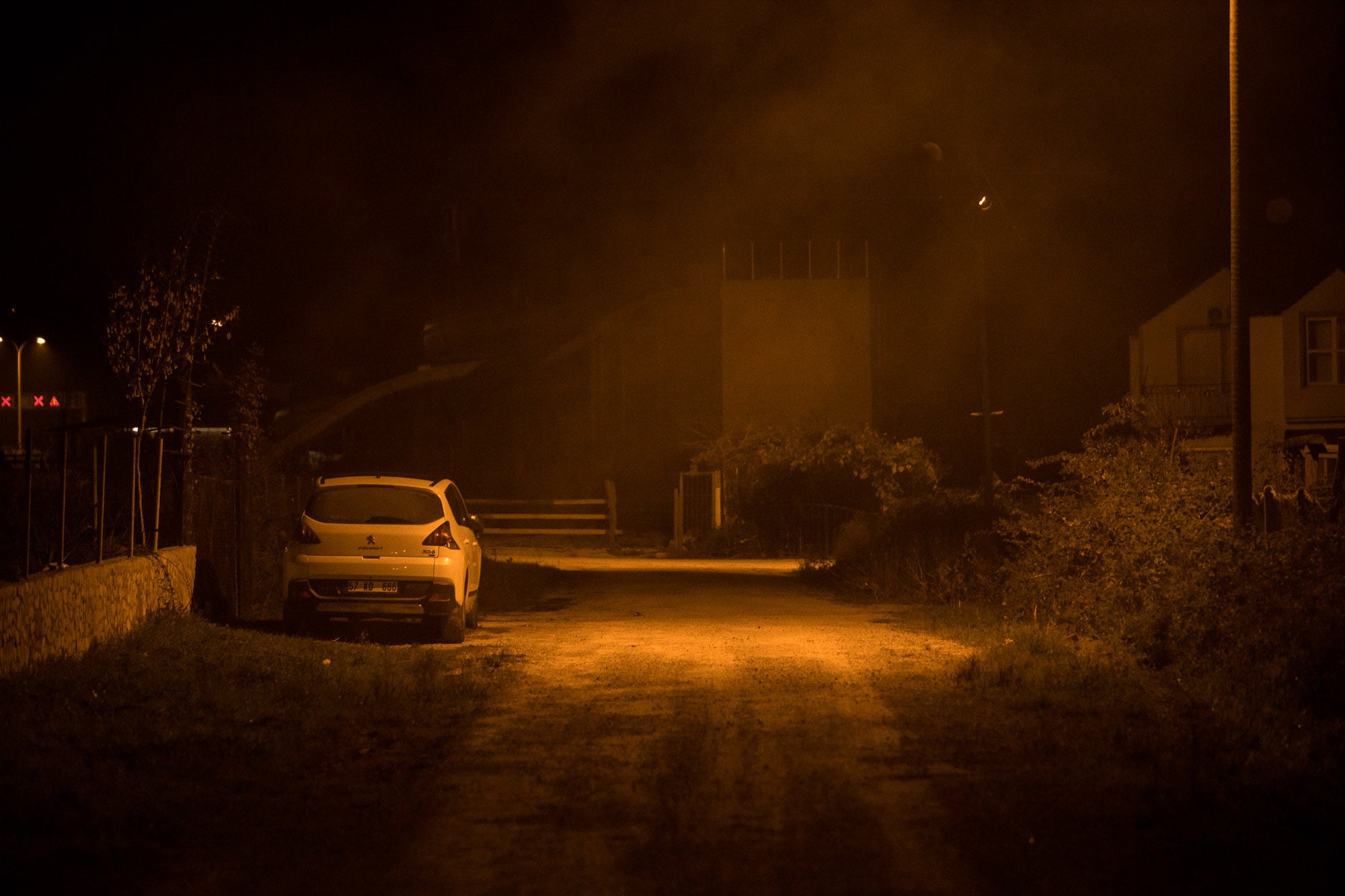 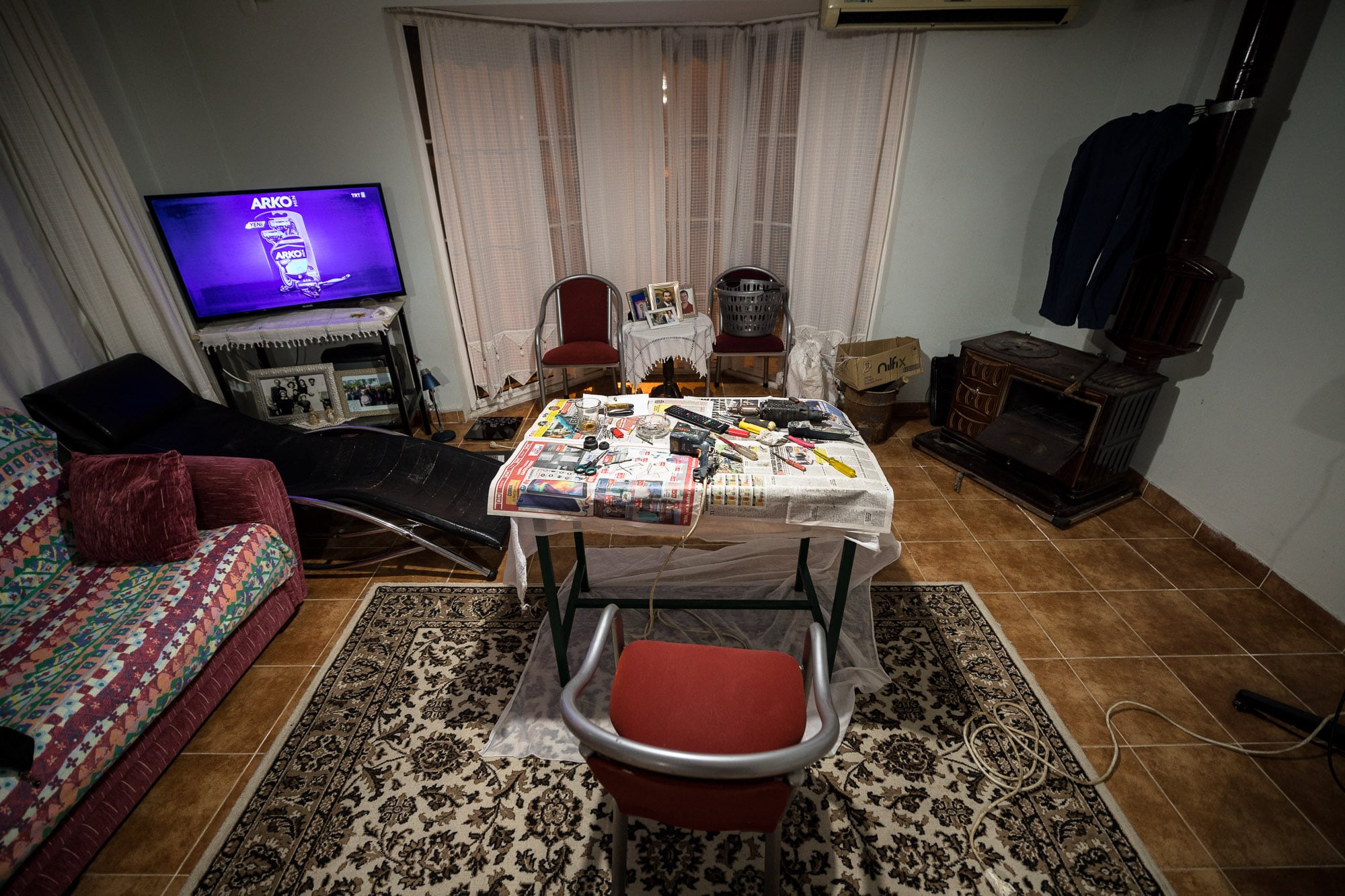 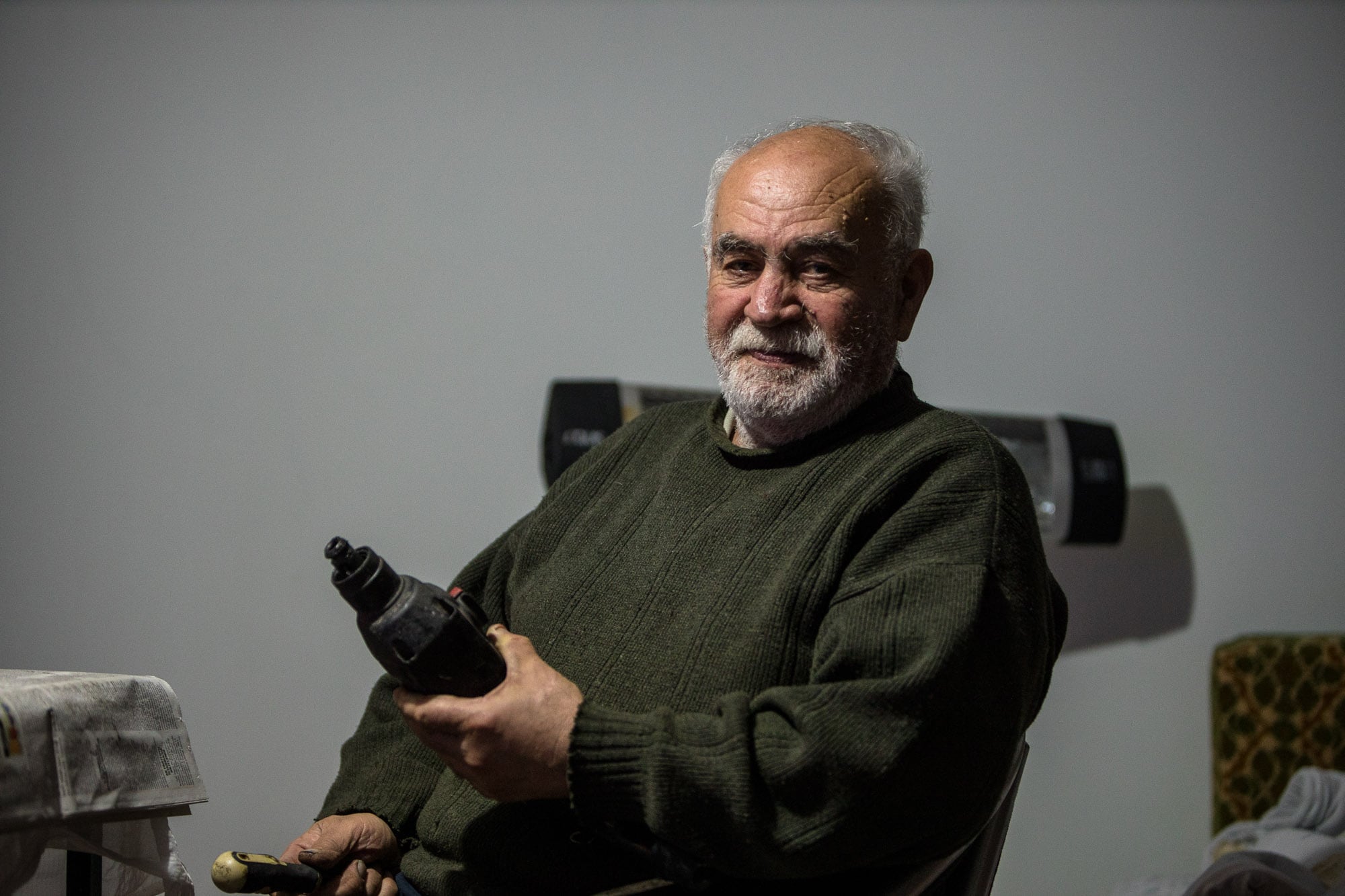 Day 1494
from Lala to Demirciköy