Gerze, someone has told me, used to be a very beautiful town. That was until it burned down a few decades ago. It was subsequently rebuilt, and now almost all of it looks newish and rather uninspired.

After taking a little walk down to the harbor, I concur. Gerze has an awesome geographic location, and it looks very picturesque from afar. But once you get closer it seems to be lacking in terms of atmosphere. In fact, it reminds me of certain German cities that were rebuilt maybe a tad too hastily after being destroyed in World War II.

There is, however, a sign that says DELMENHORST in Gerze. Delmenhorst is a German town not very far from my home. I vow to find out what the sign means and why it’s there, but I end up going to a park that has benches that look like very long cows.

And there, in the park, I see him.

And so he stands around, here in Gerze, forever lifting his sword, forever staring into the distance, never Prince Adam, always He-Man, and sometimes little kids take pictures with him.

I HAVE THE POWER. 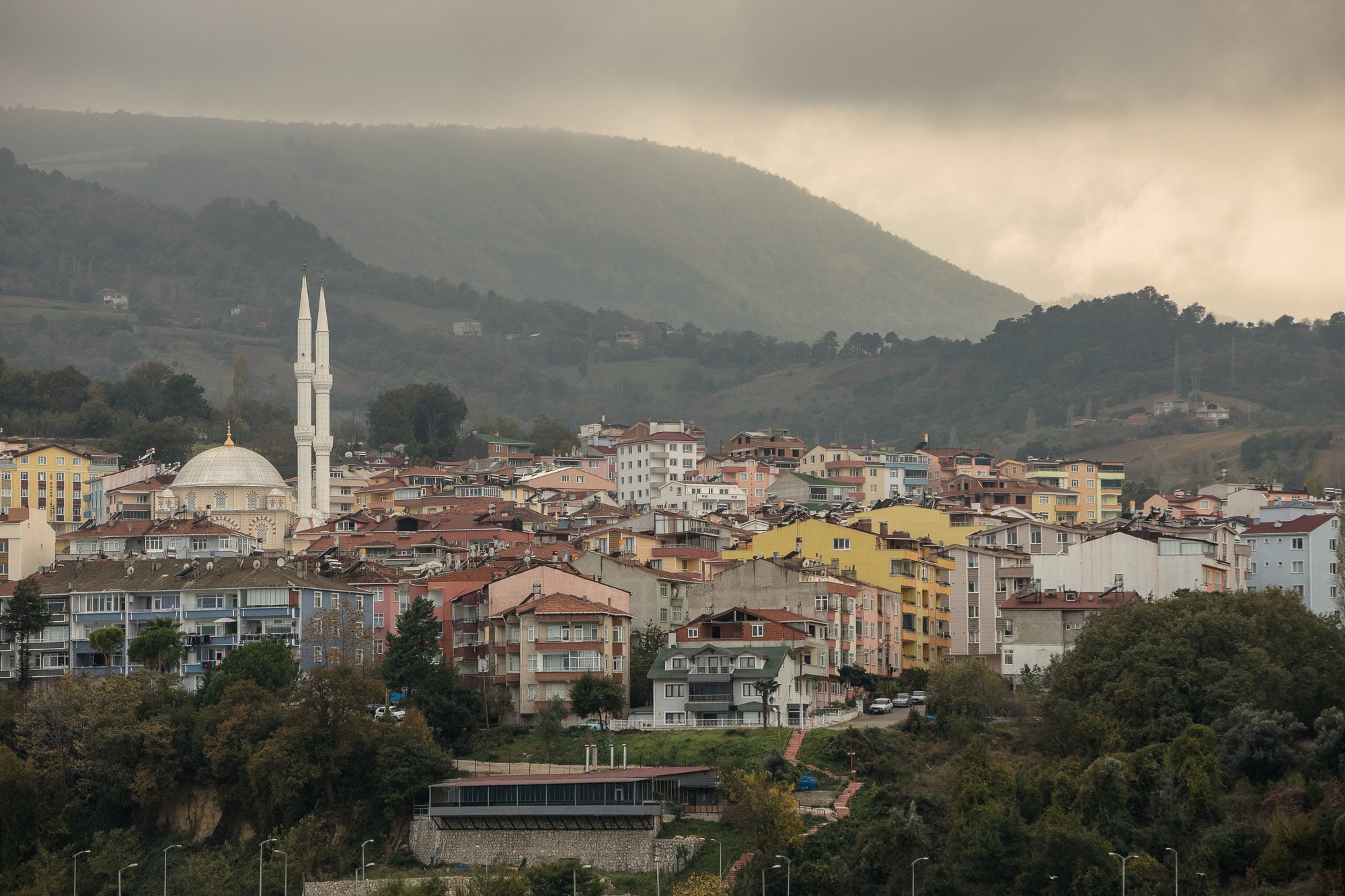 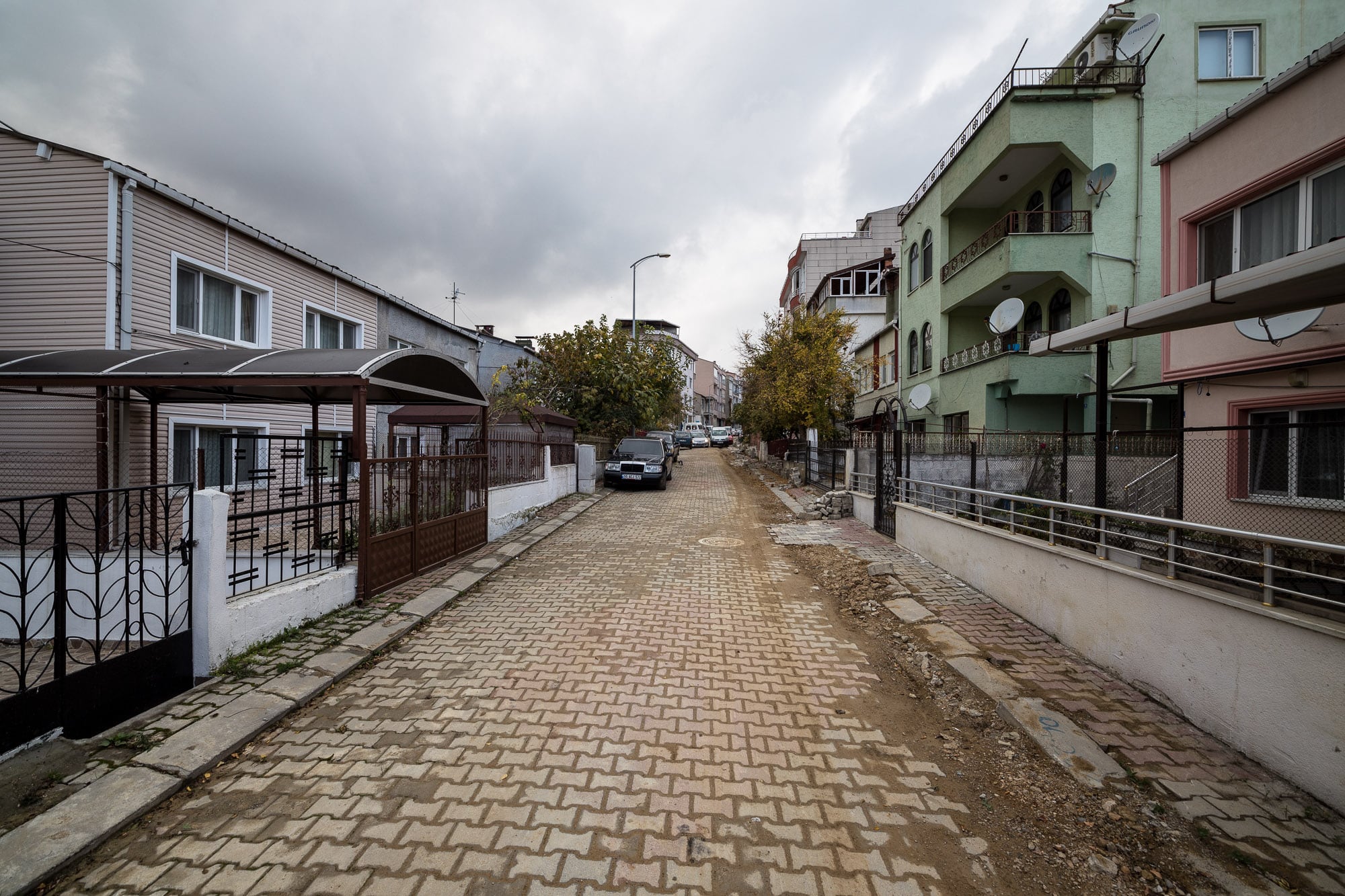 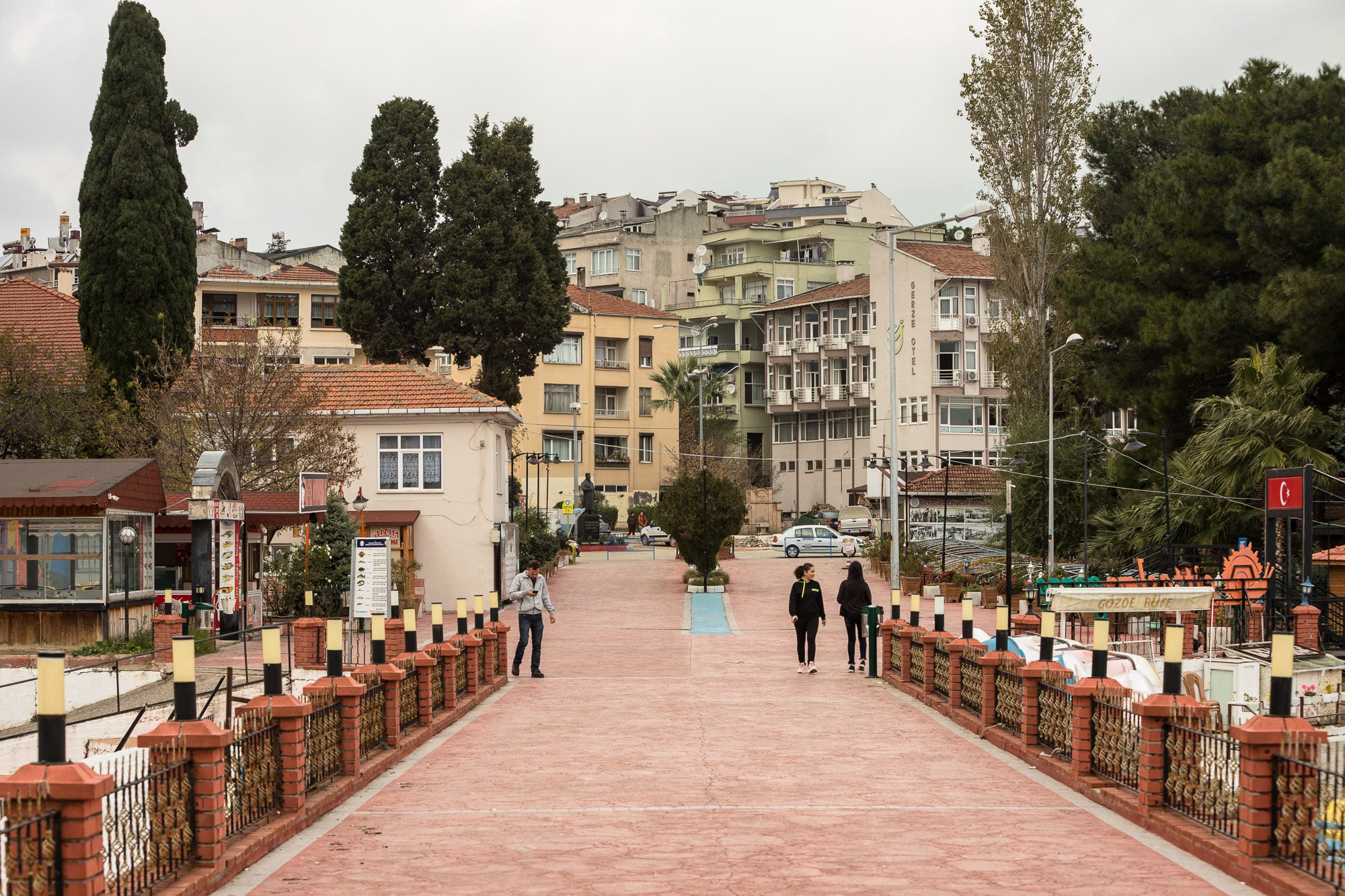 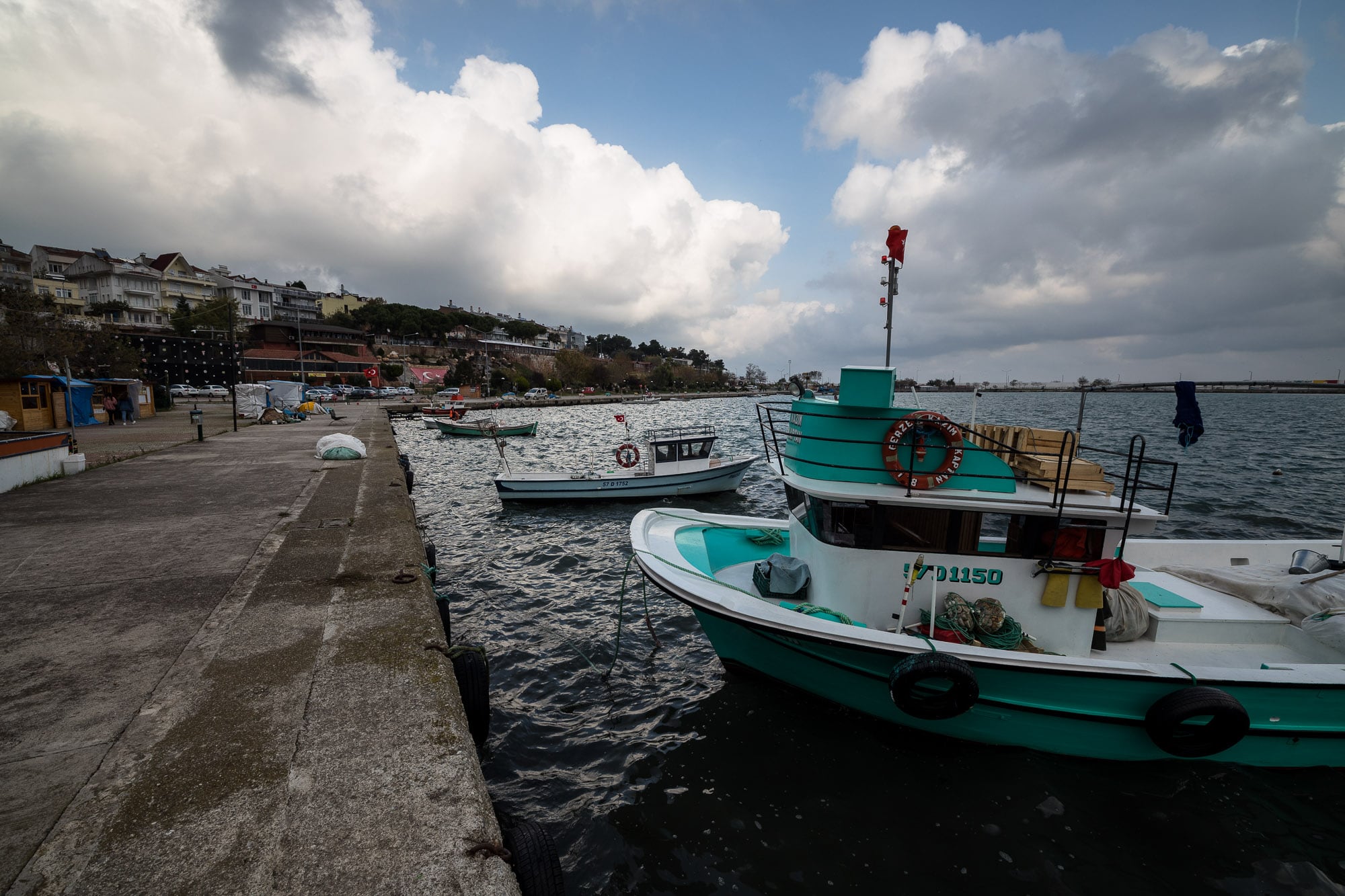 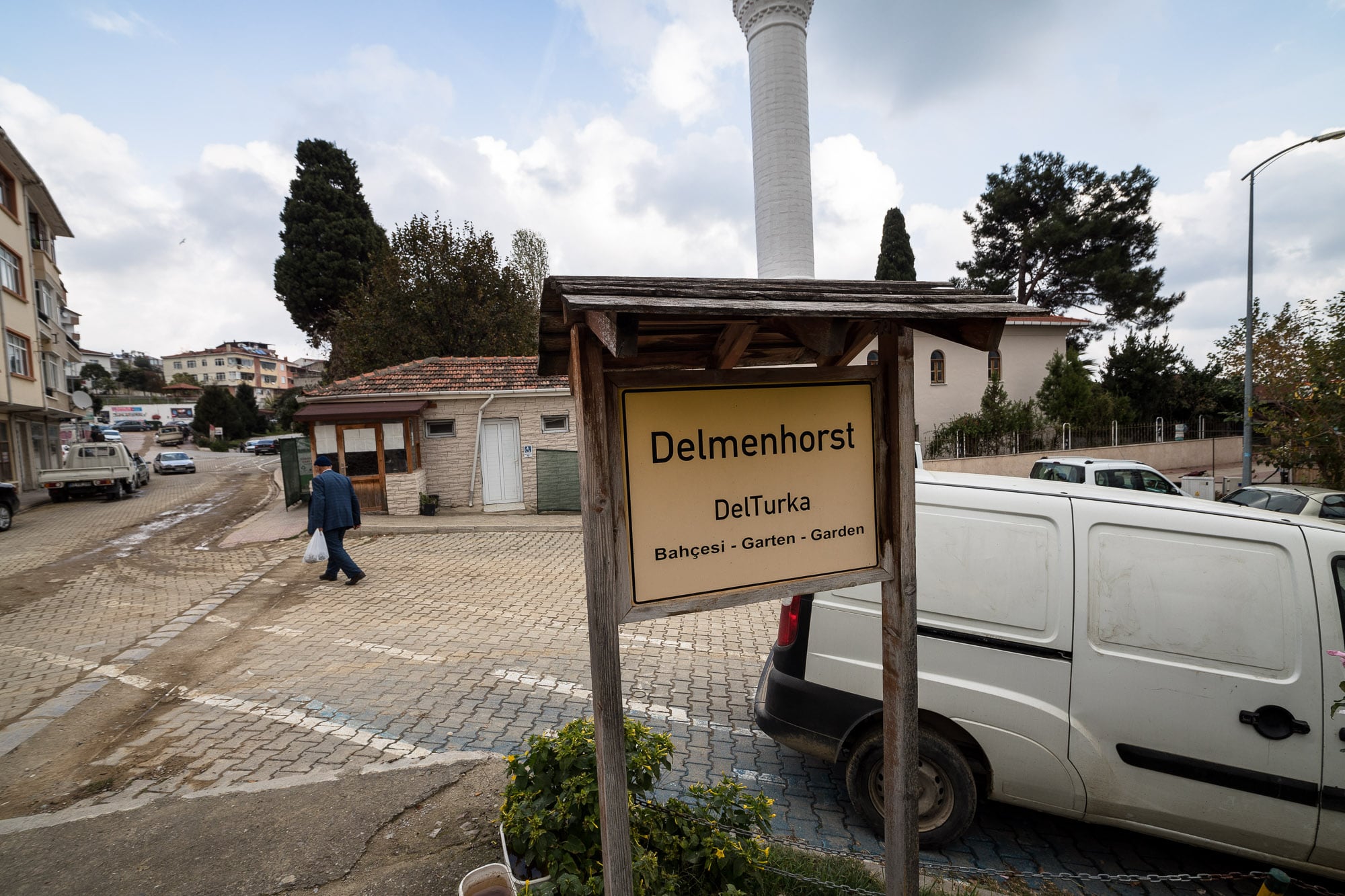 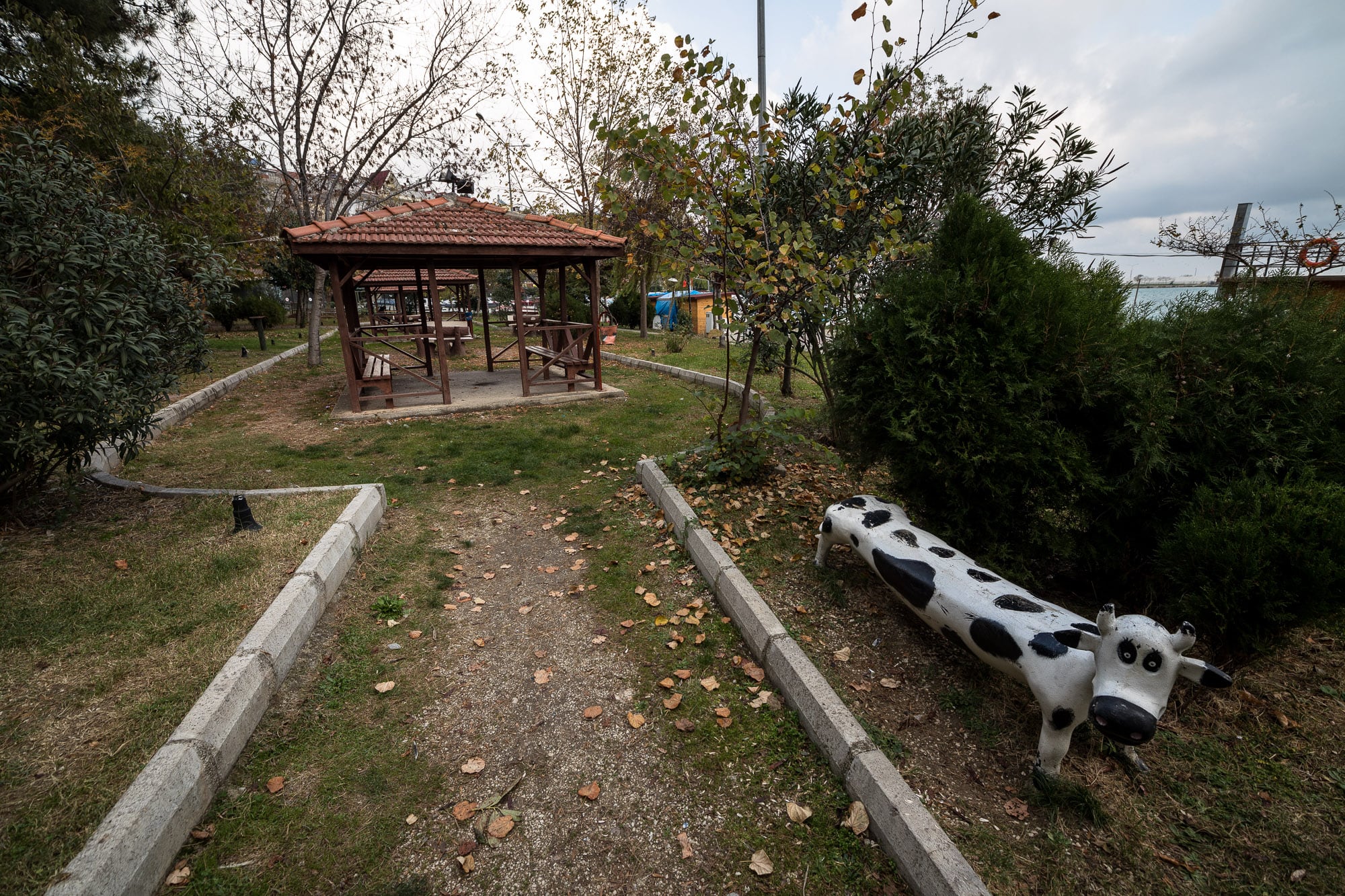 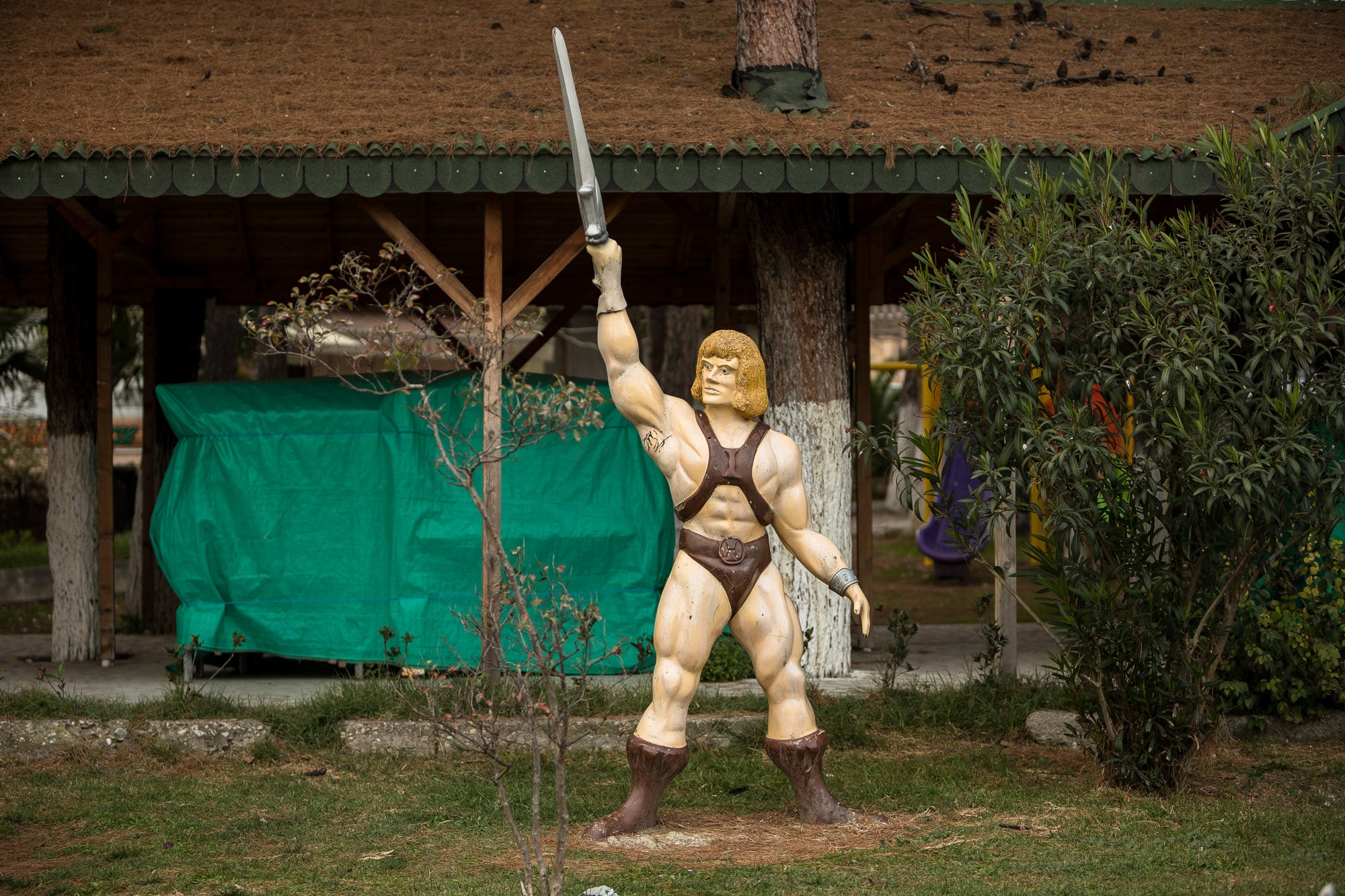 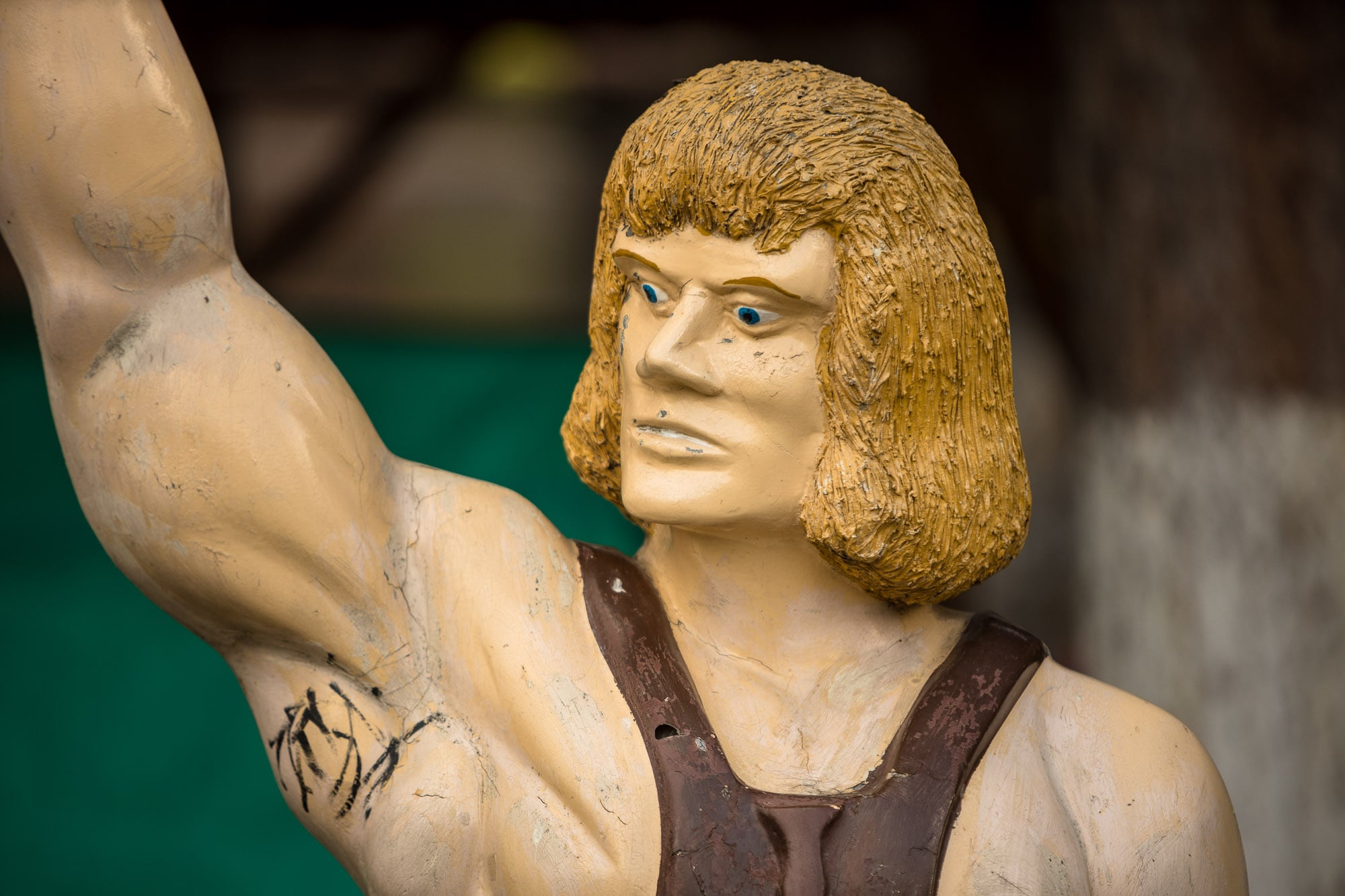 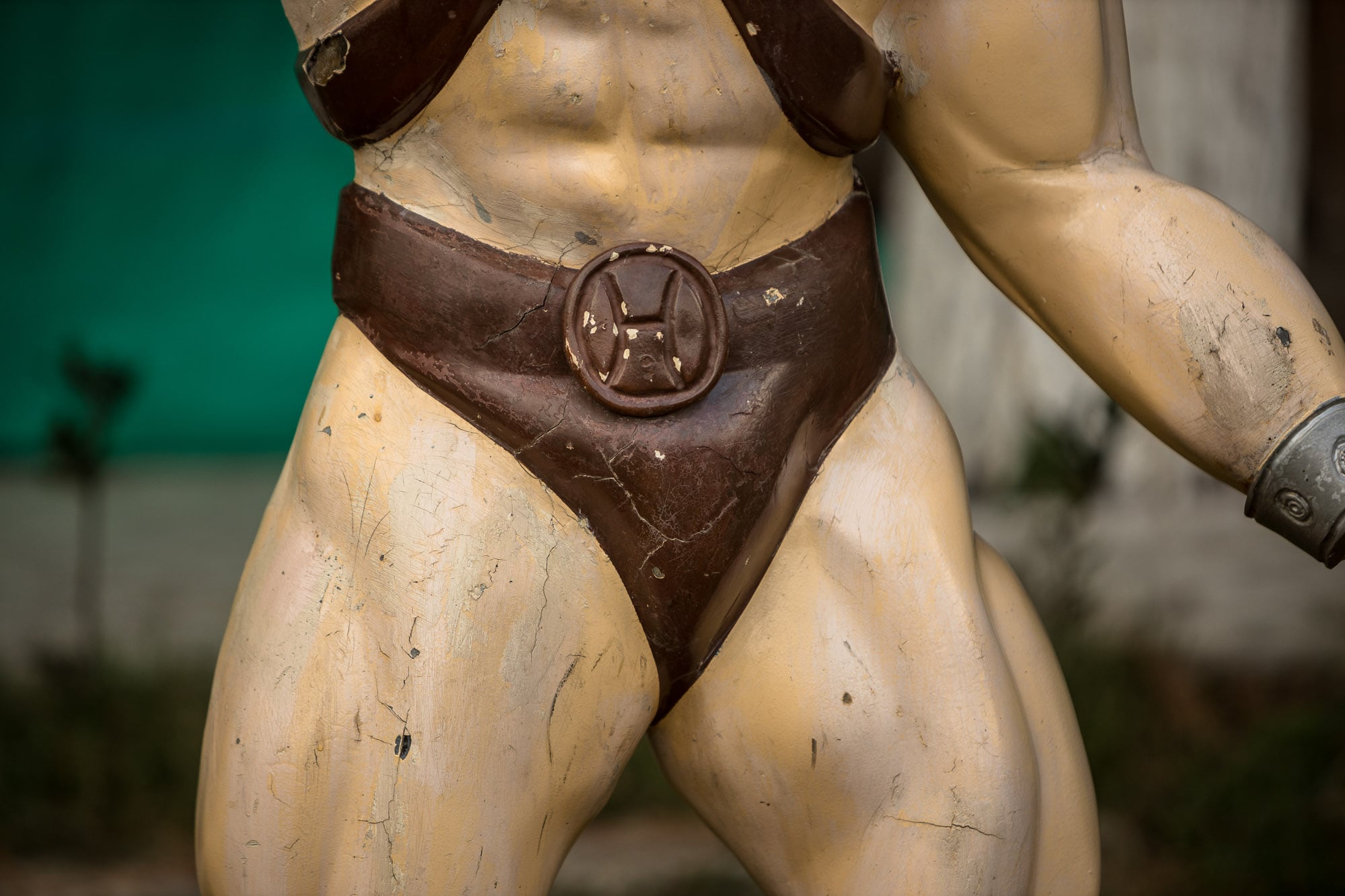 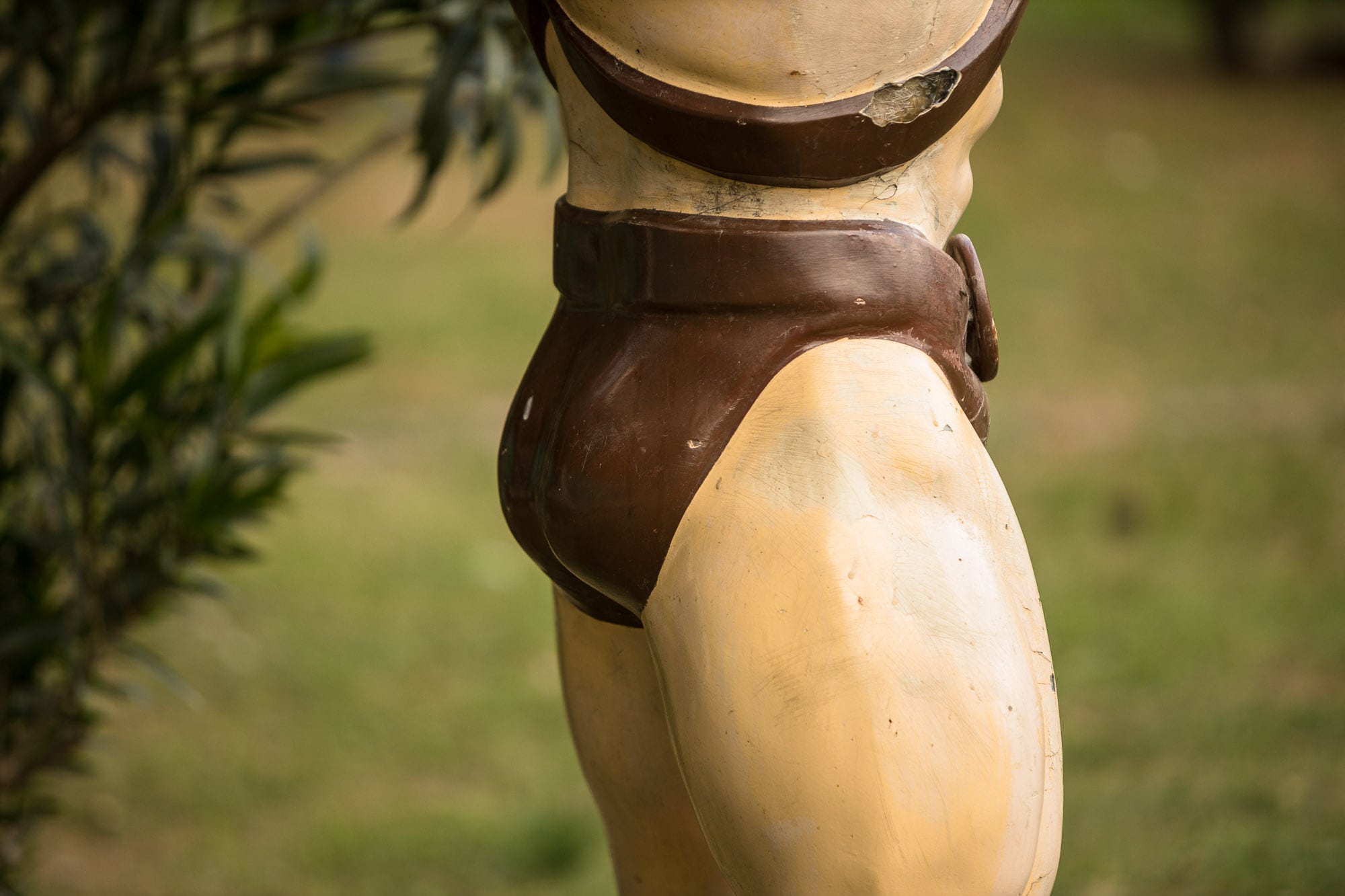 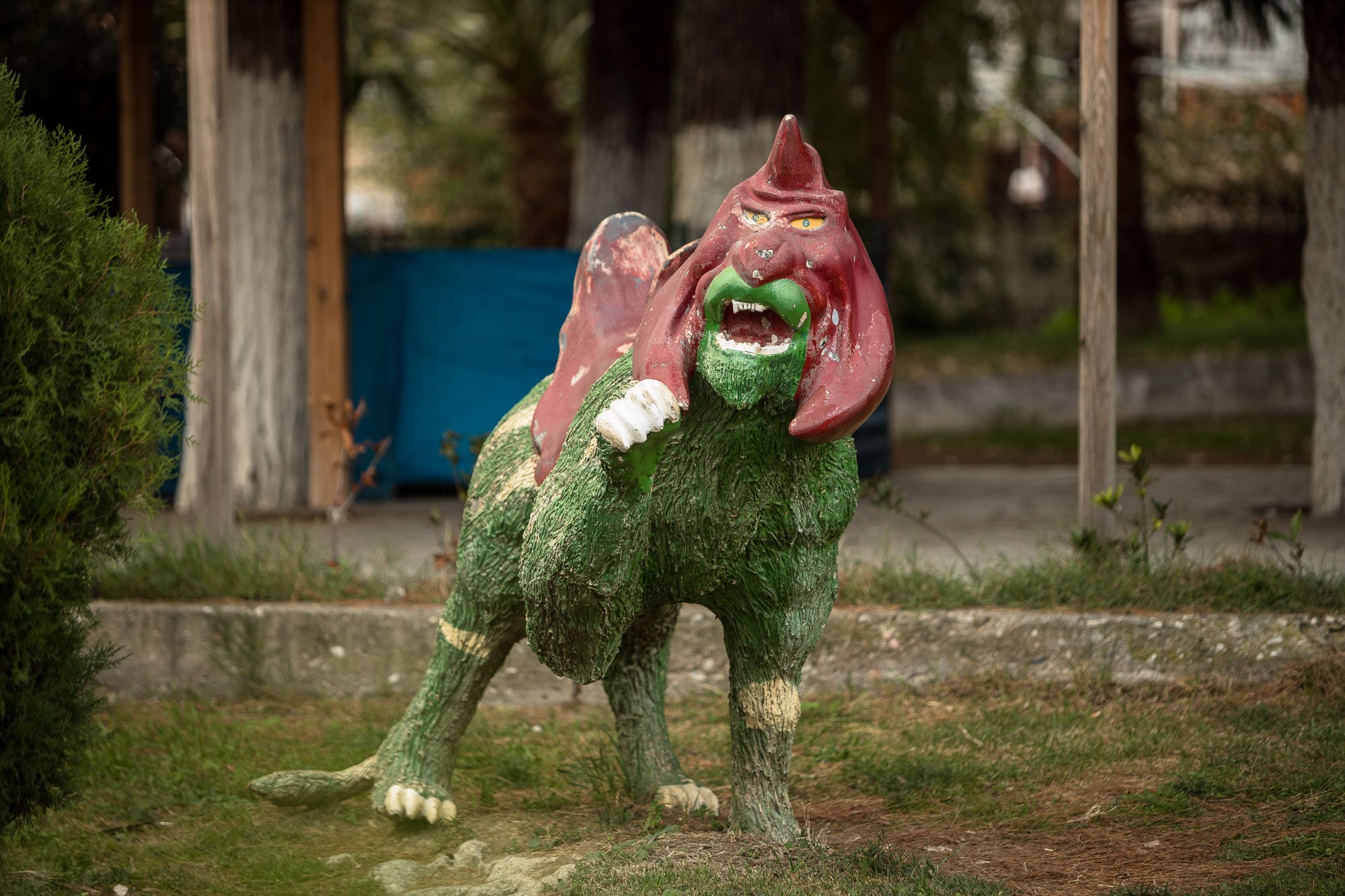 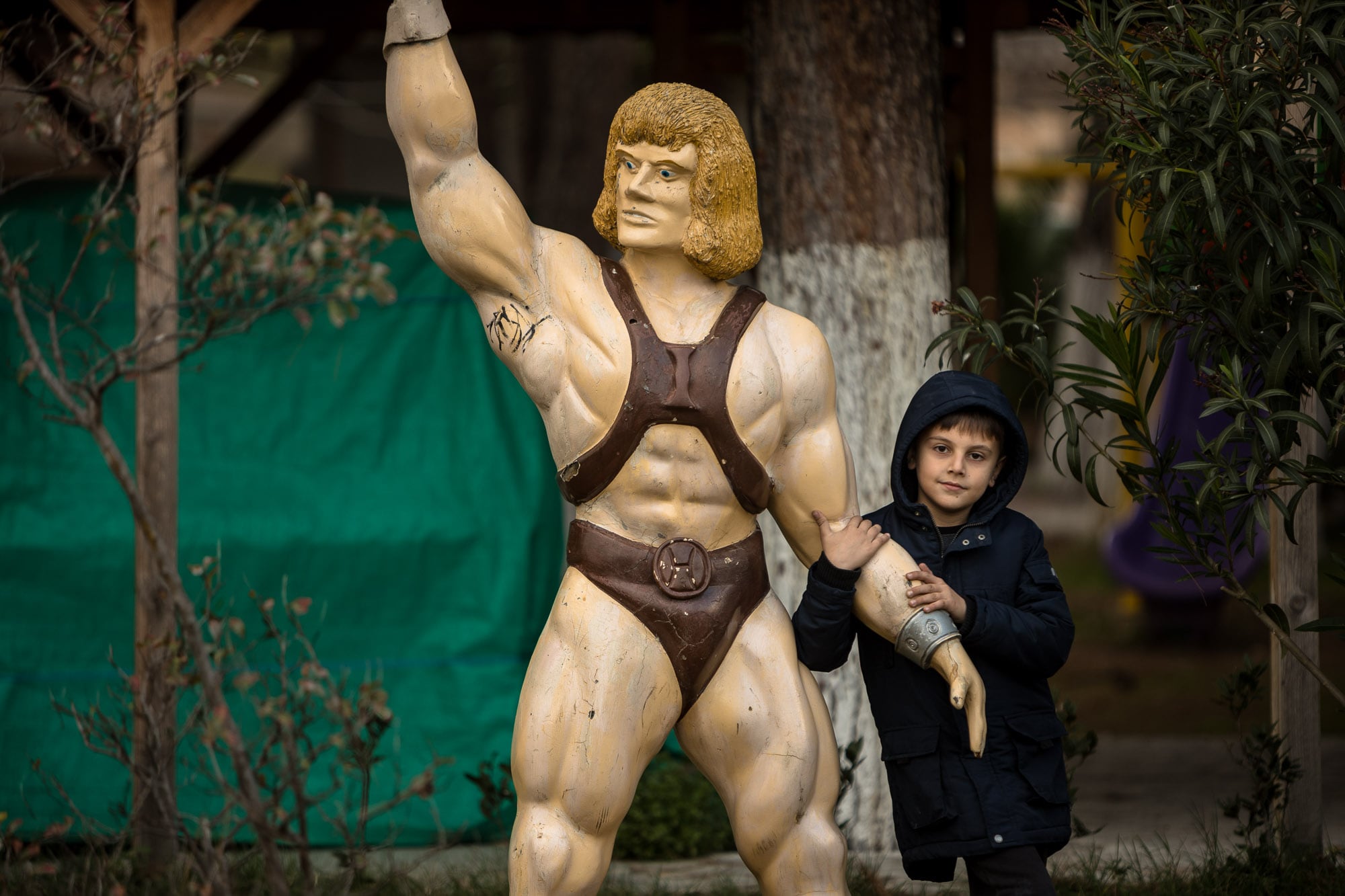 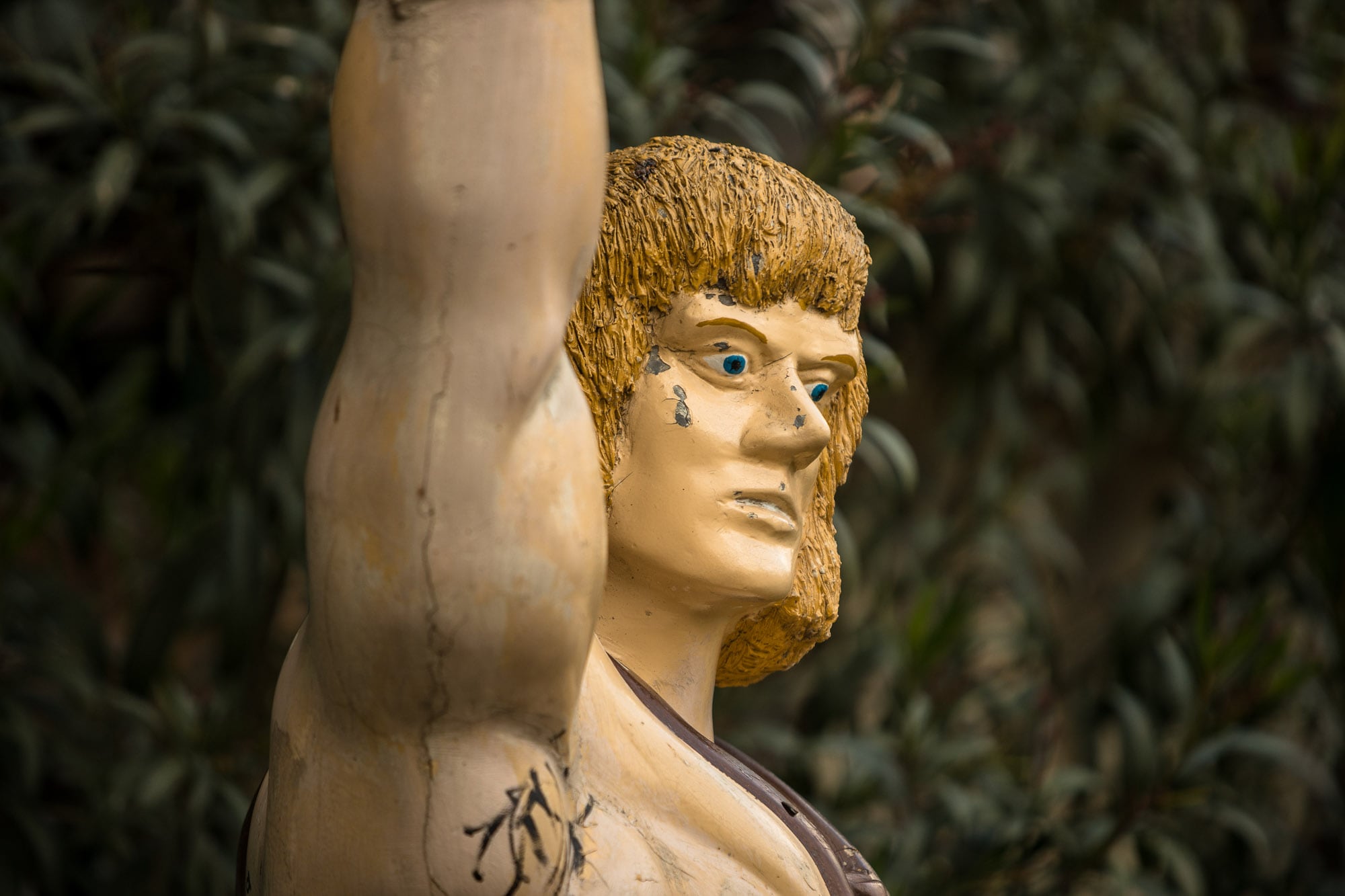