I go outside looking for some mobile data for my phone and a bottle of lens cleaner for my cameras. I get 14 GB of data, and when I ask an optician for cleaning fluid he gives it to me for free. Then I stand around for a while. I like doing that, just standing around.

Bafra seems like a very busy city. The streets are narrow and full of cars and people (always in that order), there are fruit vendors everywhere, and I see quite a few liquor stores and bars.

A gentleman invites me into his antique shop. I look at coffee pots for a while. The gentleman’s name is Hairullah, and he says an American with a dog walked past this place a while ago. Then he talks about Bafra, and how it has changed. He says it used to be rich from all the black caviar. That was until the fish vanished.

What happened? I want to know.
“Russia,” he says.

Do I want to see some old buildings? He walks out of his store, and I follow him. He points at places, saying there used to be a villa here and a villa there. He always makes the same invariable gesture, swiping through the space in front of him with both of his hands. This gesture, I come to understand, means: “destroyed”.

I ask him when the destruction happened. He speaks into my translation app: 1980, 1985. Again, the swiping gesture with both hands. When we pass a few villas that are merely brown ruins, he doesn’t have to make any gesture for me to understand what’s going to happen here in the future.

Then we reach a massive house that shines in a clean color like pistachio. It’s a historic villa, restored only recently. The owners are home, and the doors are open. “This is my friend, Chris, he’s a tourist from Germany”, says Hairullah. “May we take a look inside?”

The owners invite us in. They are a family, and this house has been in their possession since its construction in the early 1900s. They tell me that they are continually spending considerable amounts of money on renovations and upkeep.

The inside of the house matches the outside. It is marvelous. In fact it reminds me a bit of the Atatürk pavilion in Trabzon, just somehow more tasteful. Even the basement is nice.

I ask them why so many of the other historical villas were destroyed.

Aise, who used to roam these streets when she was a kid and now lives in Istanbul, answers: “The owners could not afford to keep the large houses. So they sold them, and apartment blocks were built in their stead.” Hairullah just stands there, listening, but in my head I can see him make his swiping gesture: destroyed. 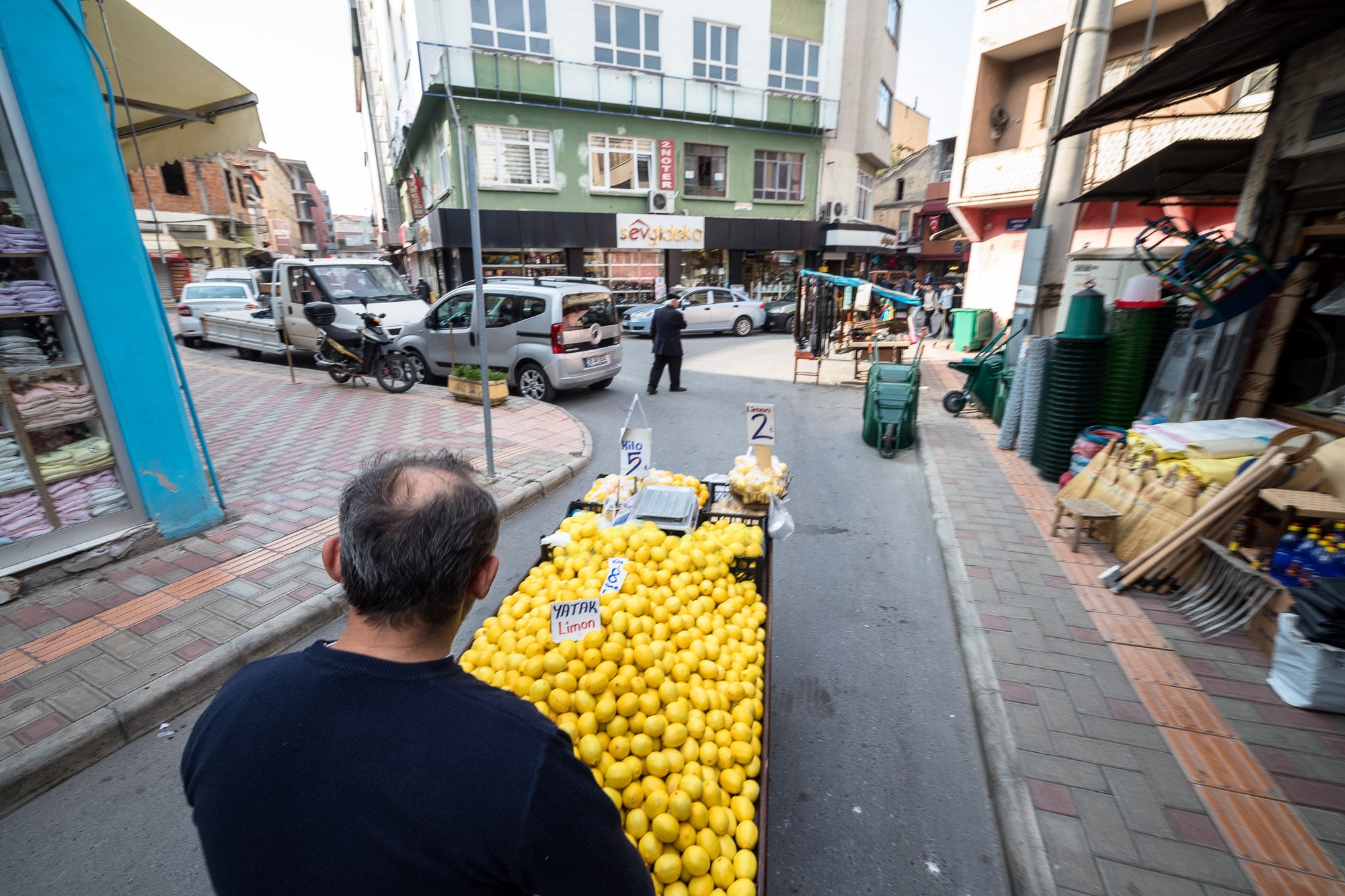 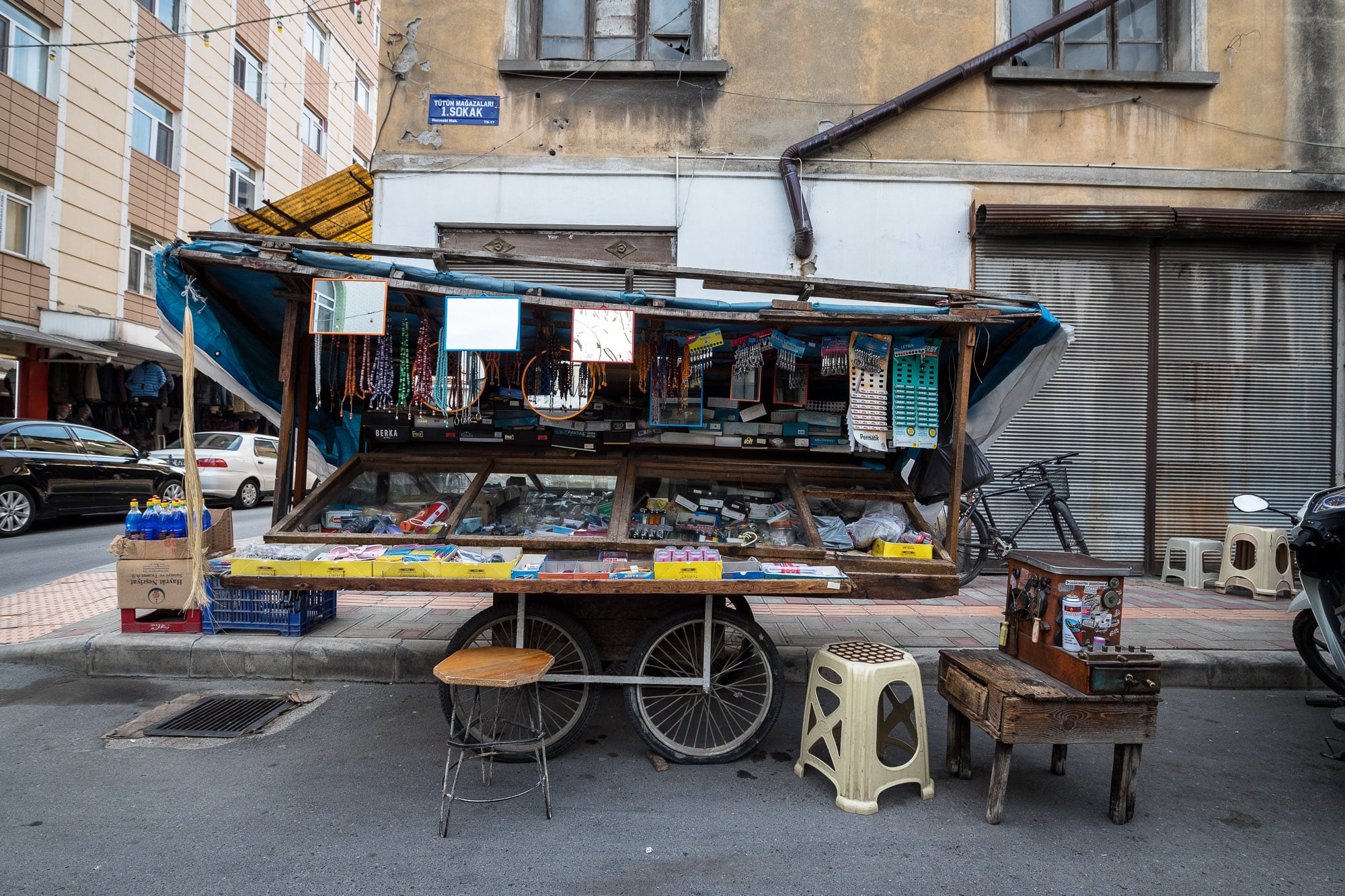 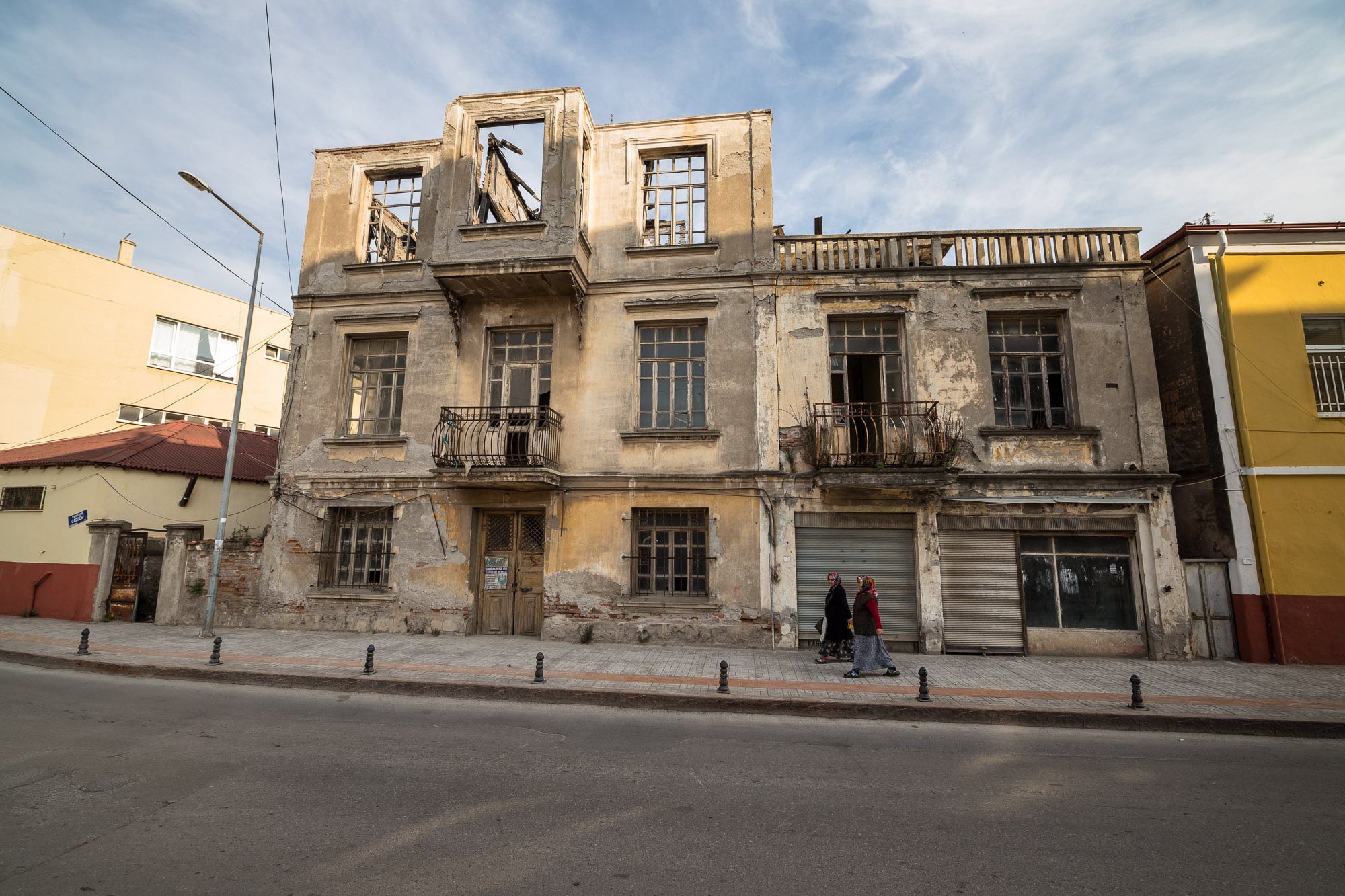 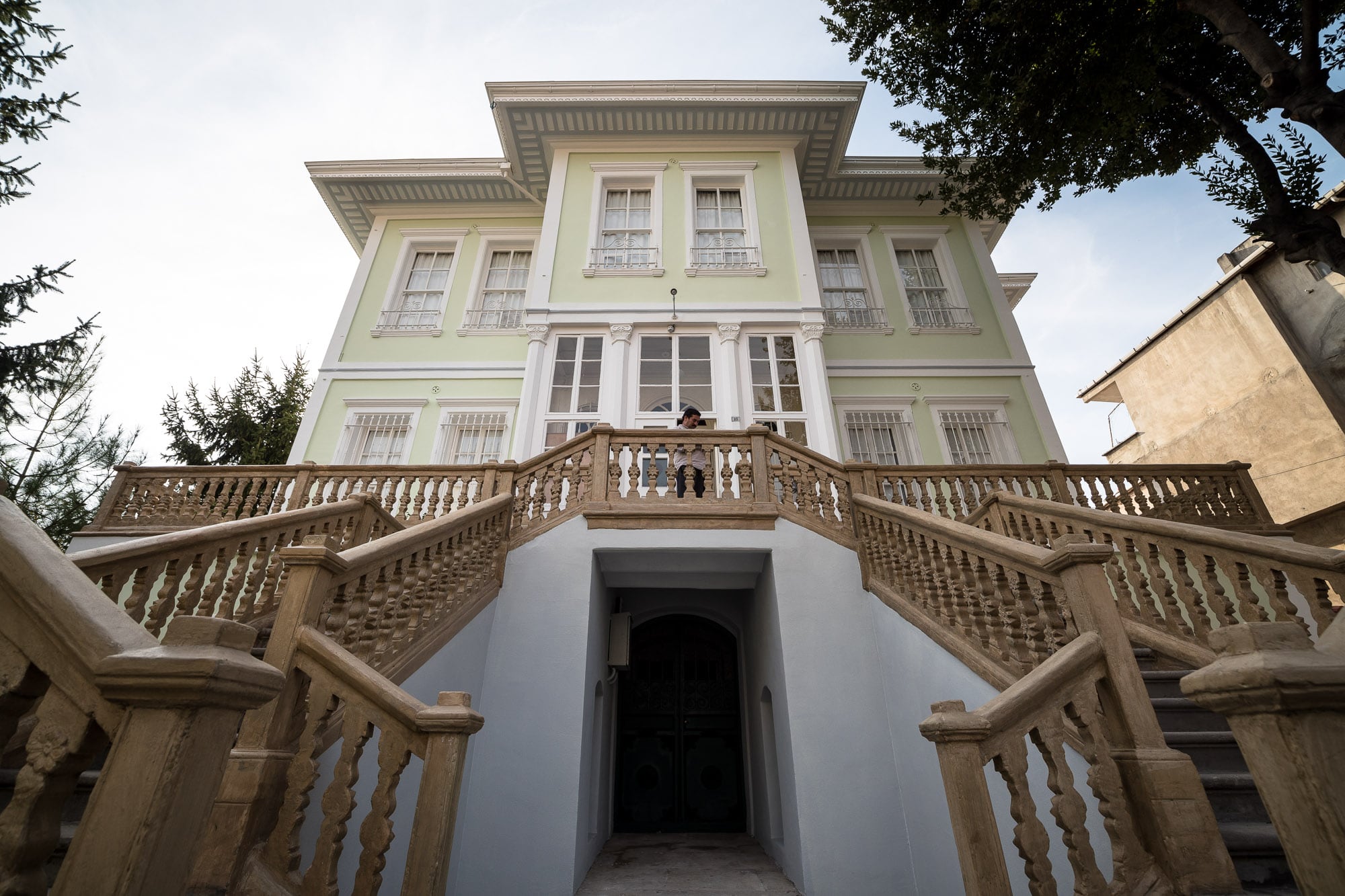 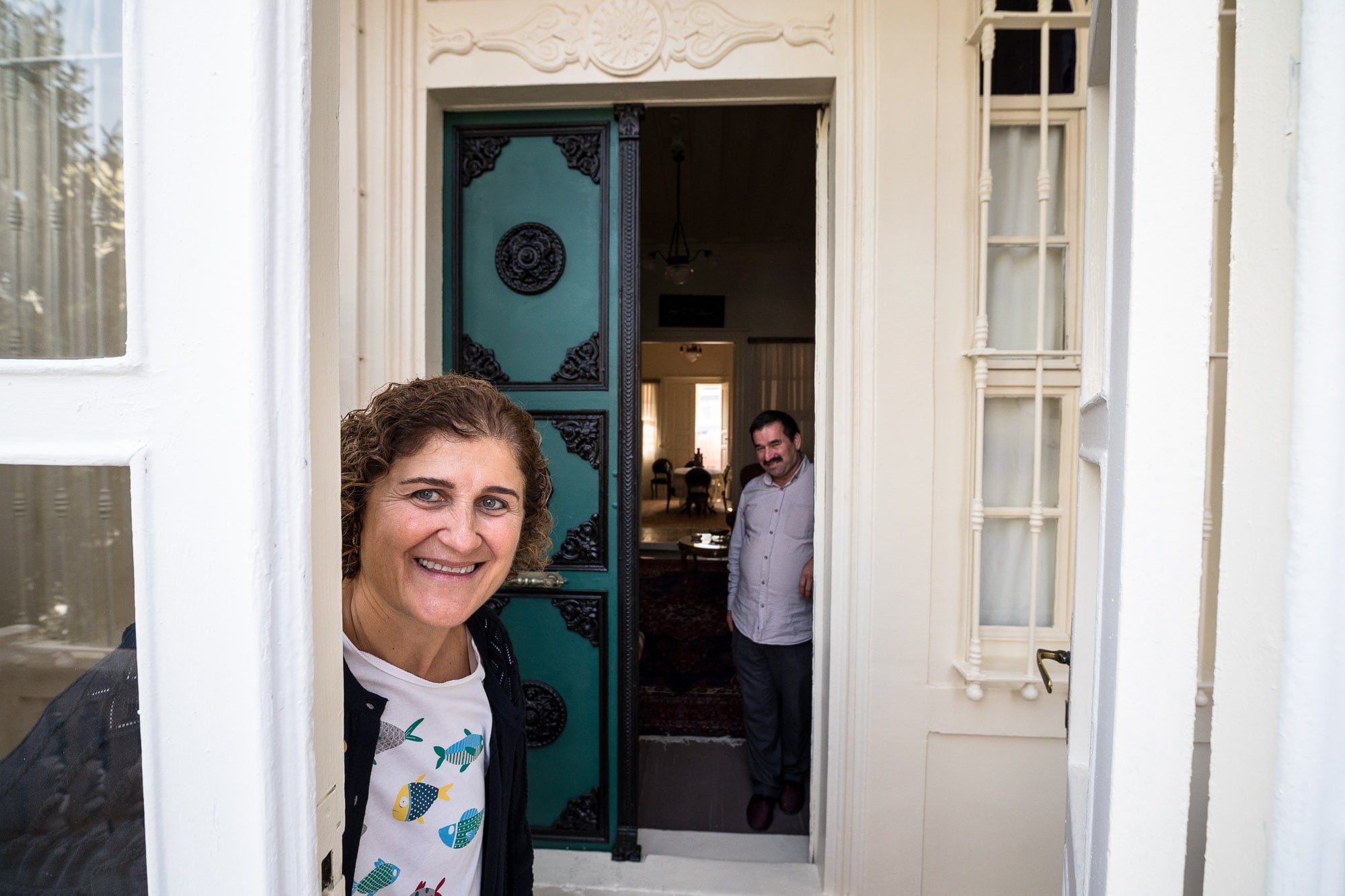 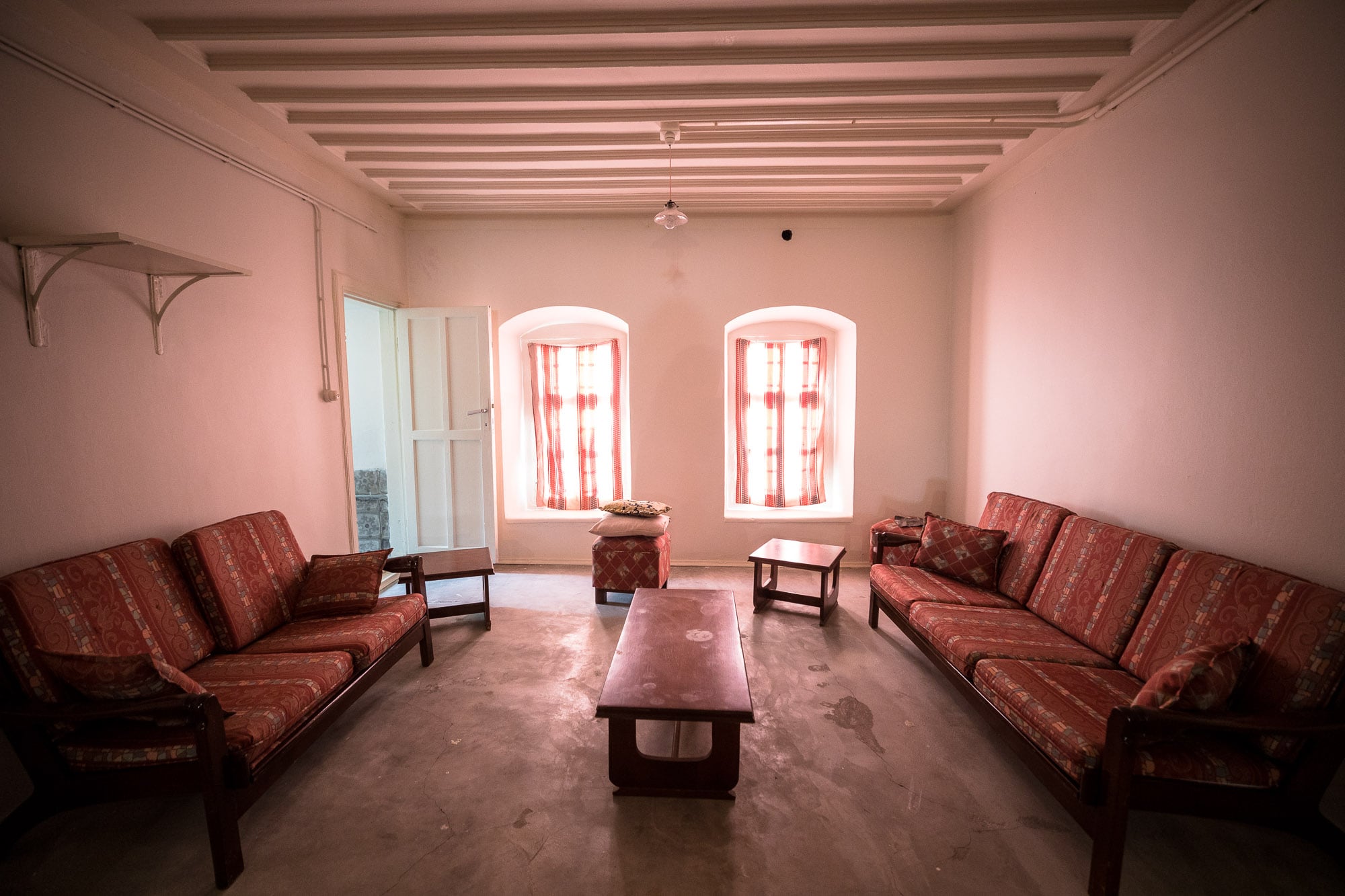 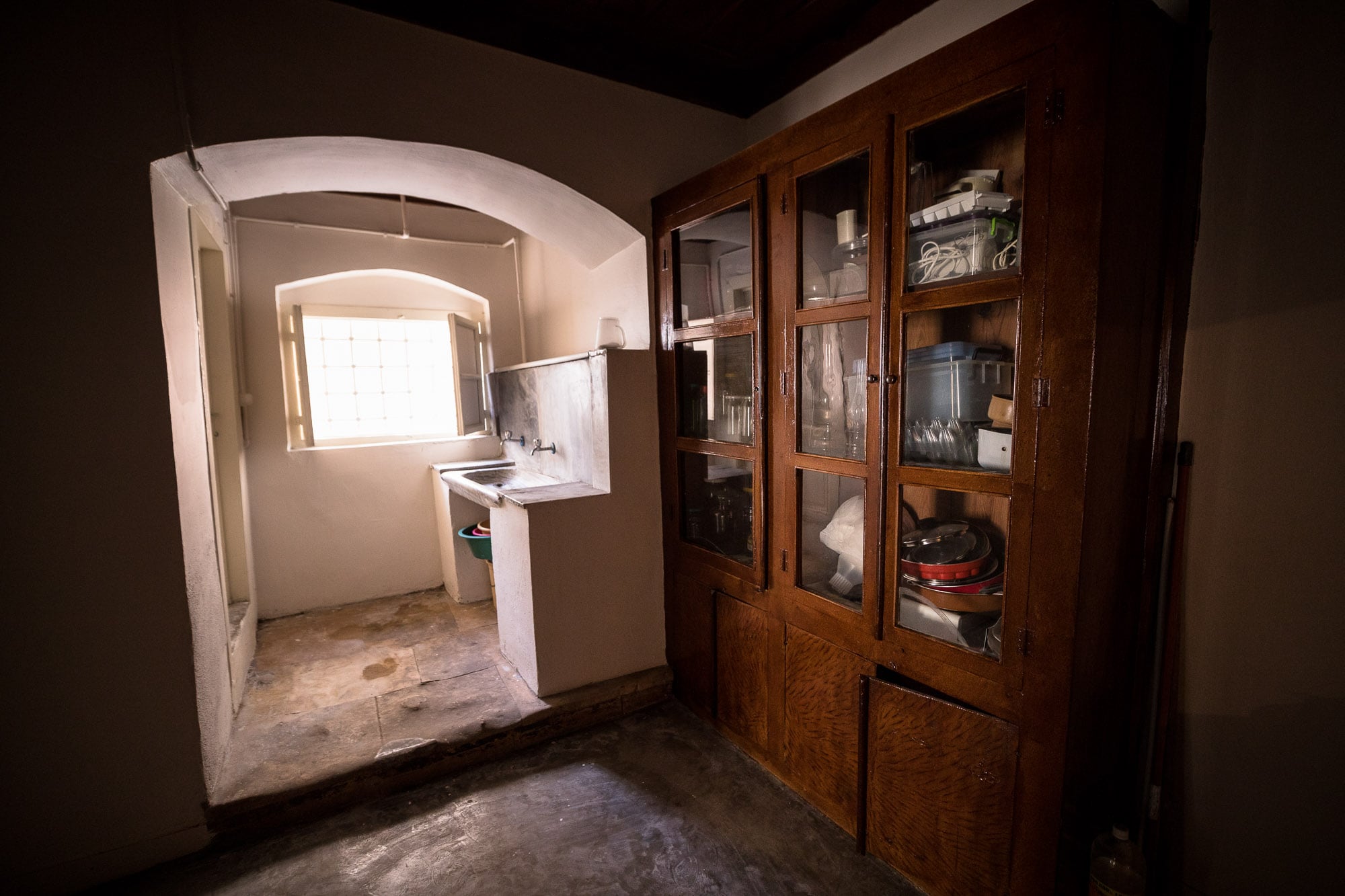 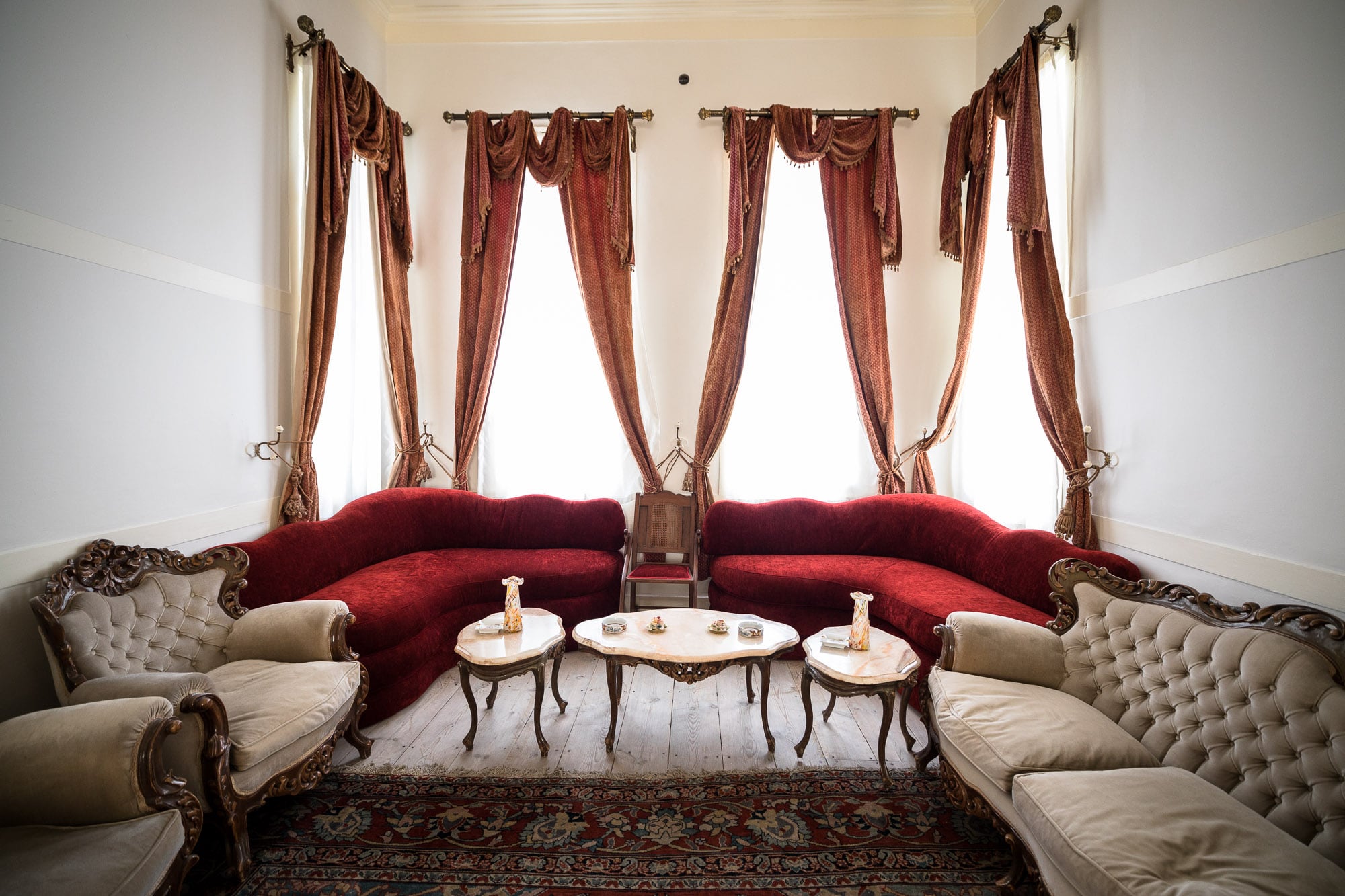